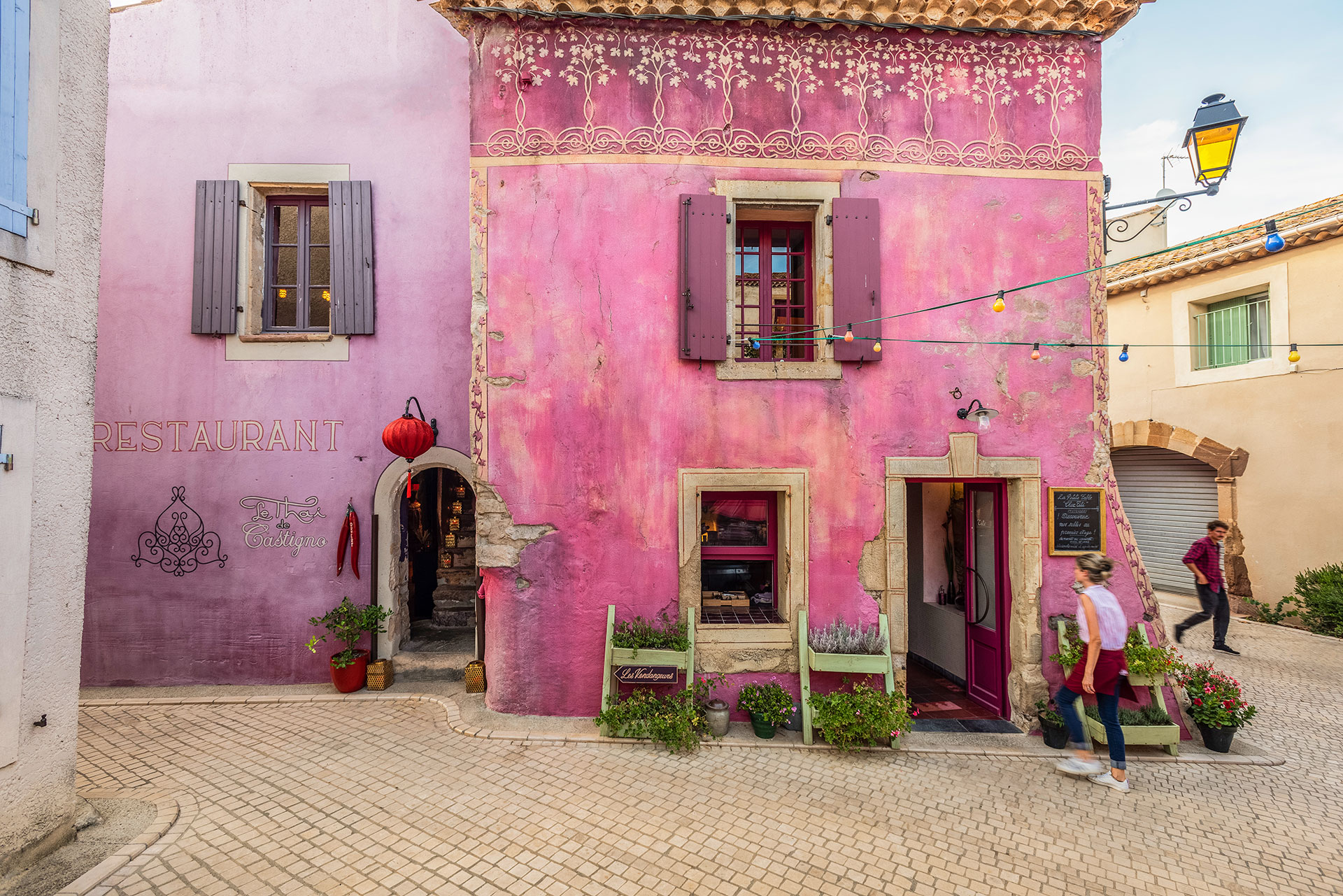 As you stroll the remote French village of Assignan, you can’t miss the colors of Chateau & Village Castigno, a wine hotel that’s been splashed throughout the town.

We’re not sure there’s a more exquisite concept for a boutique hotel than the albergo diffuso. In literal translation, the Italian phrase means “distributed hotel.” Instead of a centralized building or estate, rooms and restaurants are integrated throughout the community, giving guests a dreamy feeling of immersion. It’s the boutique hotel at its most noble — town and hotel complementing one other, each lifting the other up. And it’s not only found in Italy.

In the microscopic French town of Assignan, a third of the old buildings sport a pink, purple, or red hue. Each shade denotes a building that belongs to Château & Village Castigno, a peculiar hotel whose rose-tinted whimsy is splashed all over the small village. The bold colors pop against the traditional stone structures, but that’s not the reason they were chosen.

Castigno is a wine hotel in a wine town in a wine region in the south of France. It’s beautiful, it’s romantic, it’s fun — it feels just a bit like Willy Wonka graduated from candy and moved here to start a career as a sommelier. The town-hotel is his new factory, and everything is wine-themed. Even the colors. 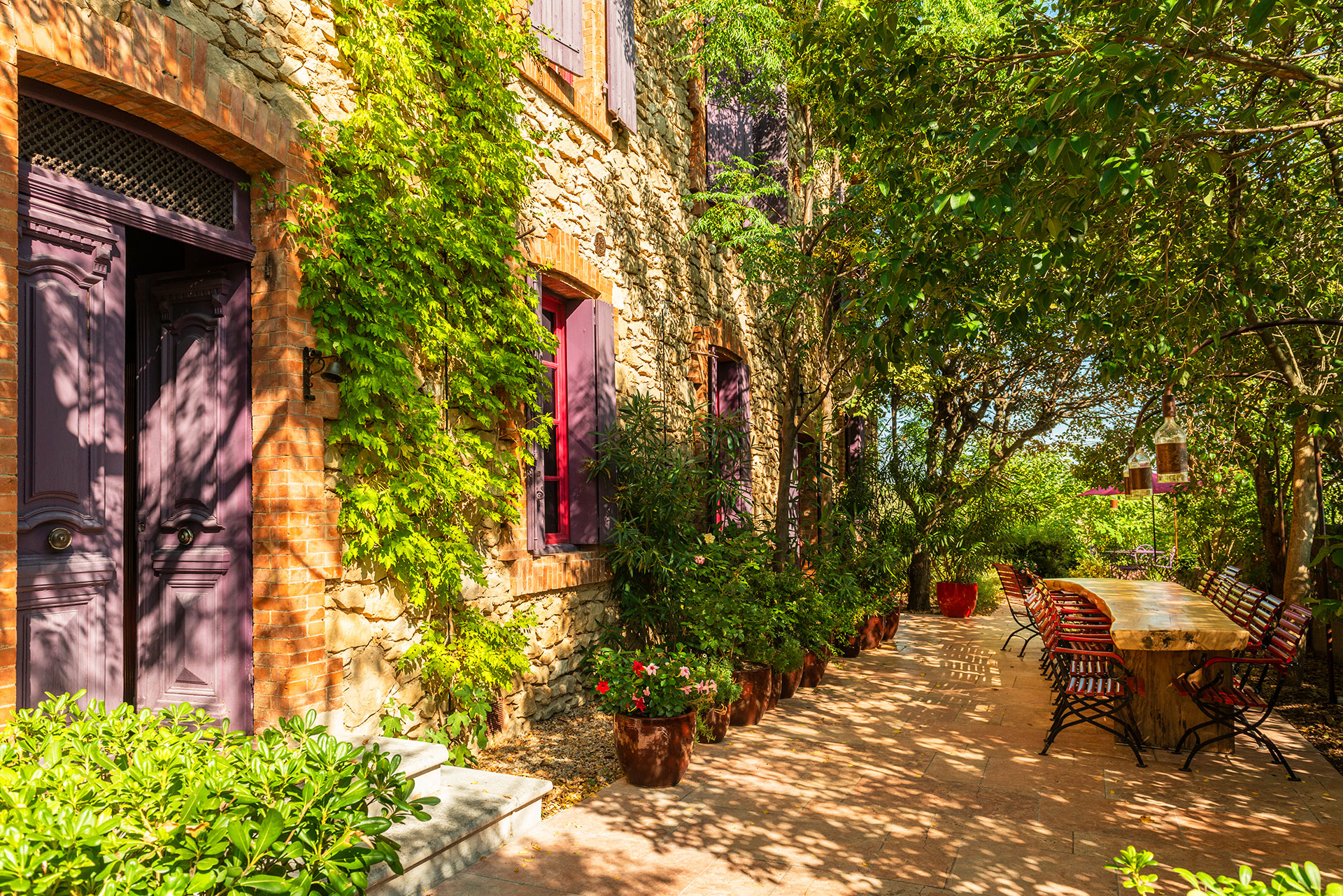 Tine Claeys and Marc Verstraete started this project for themselves, in search of a place to develop their own vintage. As they folded more and more of the town’s buildings into their estate, it spiraled into something bigger. Today, 24 rooms are spread throughout the village, with many set in what were once private homes. One building was the town’s erstwhile stables, while other rooms occupy the first floor of what was once the winemakers’ house — where vats and presses aided in production.

Only one hotel building was built from scratch. The rest are technicolor renovations of traditional buildings. The colors jump off the screen, you might say, considering Claeys once worked costume design on a number of Belgian films and T.V. shows. Decorated in shades of wine, all are joyfully appointed with original artwork and locally sourced antiques. Private terraces abound, and in the southeast corner of the town is the freestanding Villa Rouge — the hotel’s masterpiece with its own swimming pool and garden.

The newly built wine cellar is by Belgian architect Lionel Jadot. From ground level it’s the cork bark siding that stands out. But look from above and it’s something else entirely that strikes you — in the most Wonka twist of all, it’s shaped like a giant bottle. Guests can sample some nine Castigno vintages and experience the gastronomic restaurant, the Michelin-Starred La Table Castigno. There’s a bistro and grill and a Thai kitchen as well. A new spa is on the premises, and a brewery is coming soon (yes, at a wine hotel — the owners are Belgian, after all). 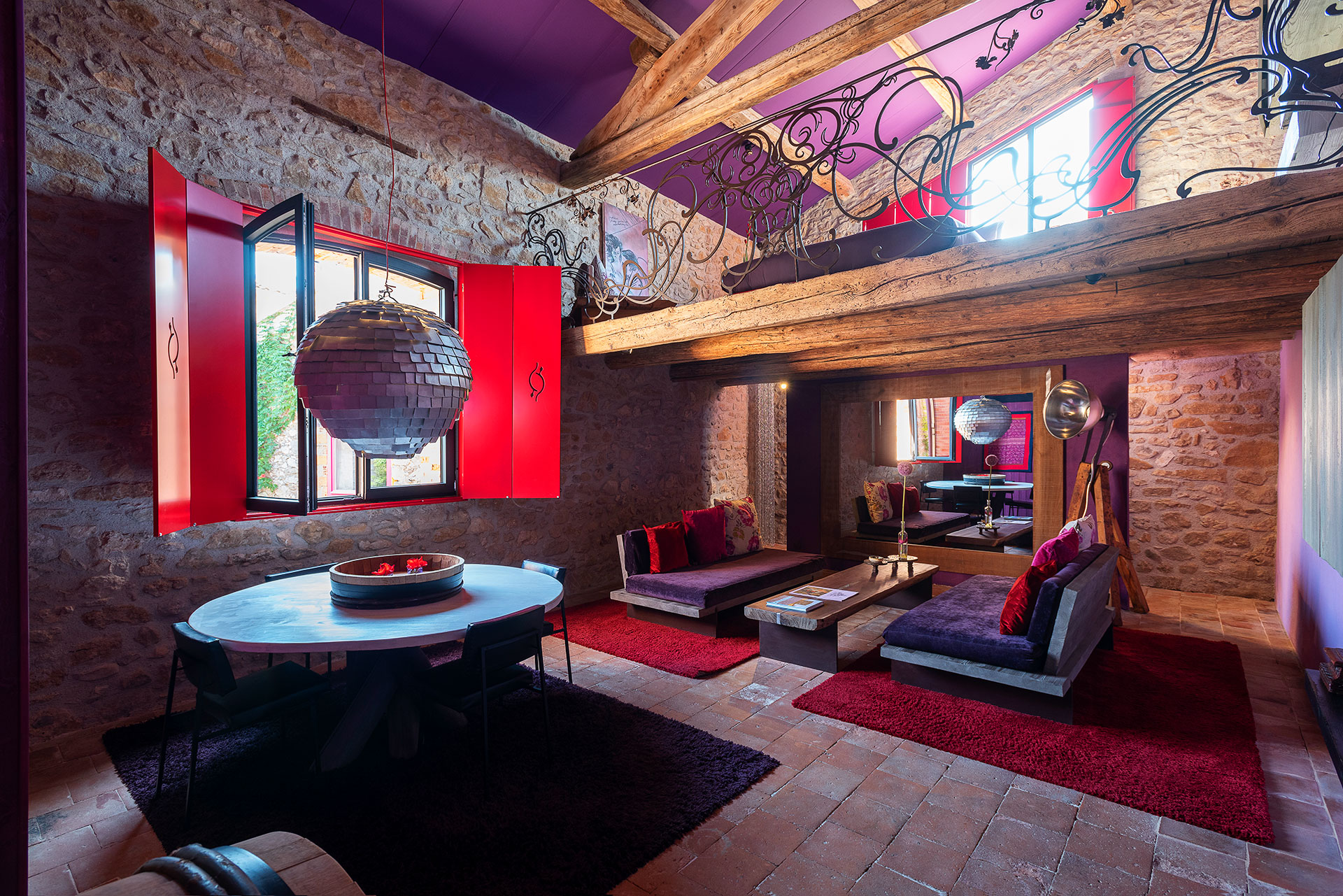 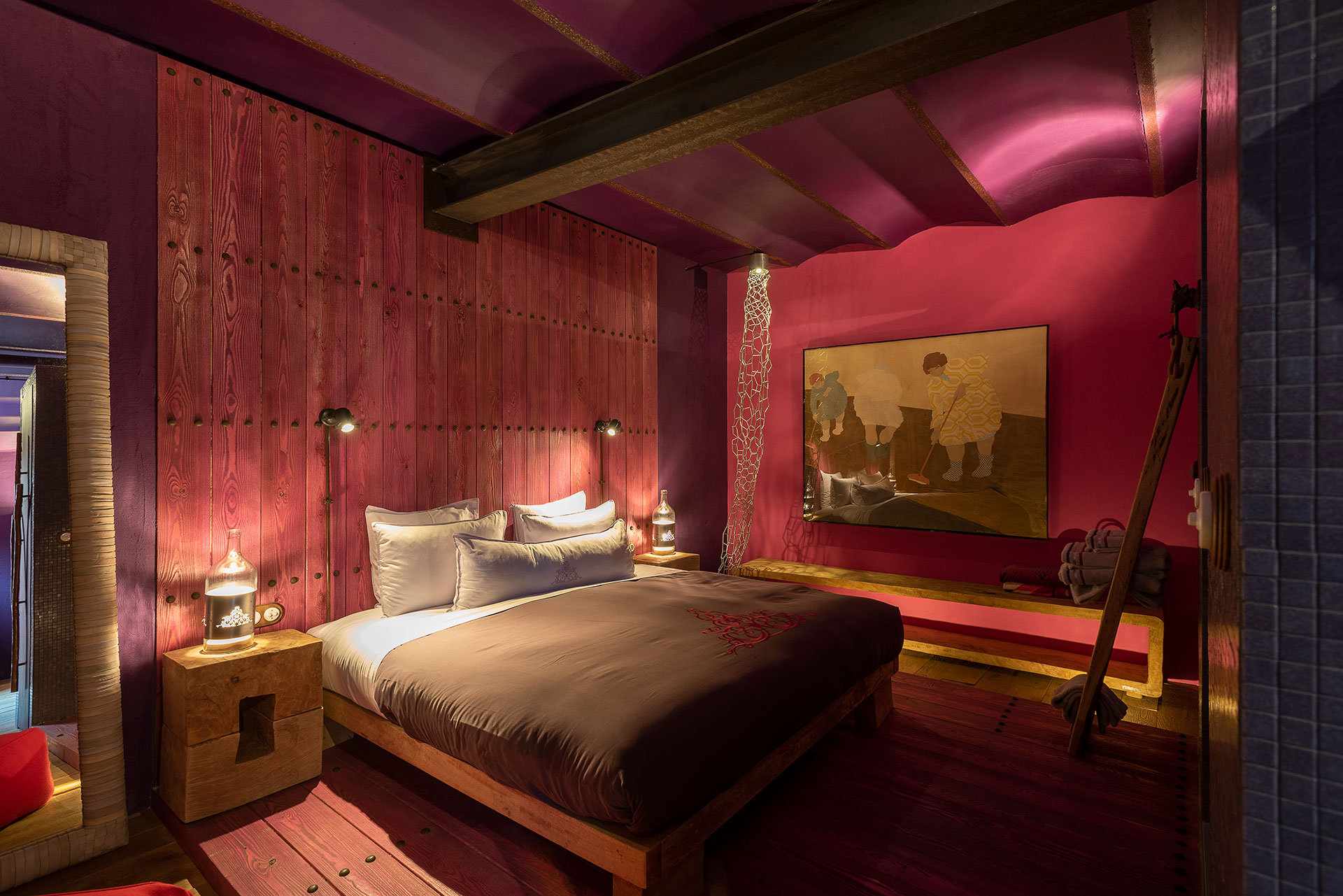 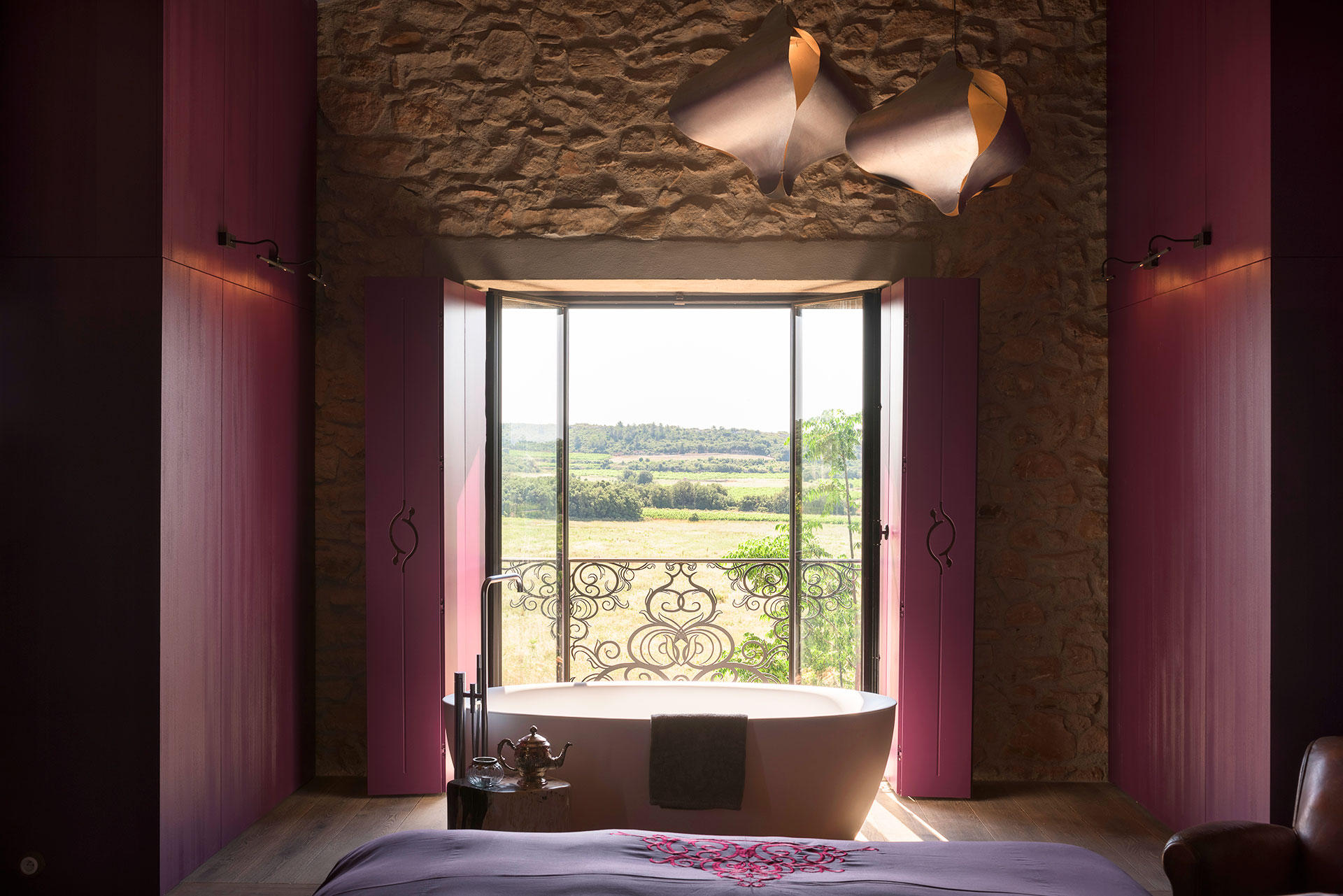 Castigno prides itself on a pure and simple dedication to the Epicurean ideal. Here’s a place to eat, drink, and be very… away. The setting is “the middle of nowhere,” France, the hotel tells Tablet. Wi-fi and television are shunned. This is an escape, and “slow tourism” is the motto. It draws couples on short trips in the winter, and longer ones in the summer when the pool opens up and the free bikes or inexpensive Vespa rentals send pedaling explorers into the countryside.

Despite the Wonka coloring, the hotel isn’t much of a draw for children. “You have to like wine to come here,” laughs one concierge. “All the shops in the village are by Castigno.”

There are cooking classes, rides through the vines in a 2CV, and yoga and helicopter trips on offer — and the vineyard hosts the rest of the activities. Wine tastings, picnics pre-packed with a bottle of organic, even a “wine safari” that means a ride in a 4×4 around the vineyard. A winemaking class has you blending your own flavors, while a partnership with a ranch allows you to ride the premises on horseback. Venture off-site for the beaches of the Mediterranean or local markets in the small towns. 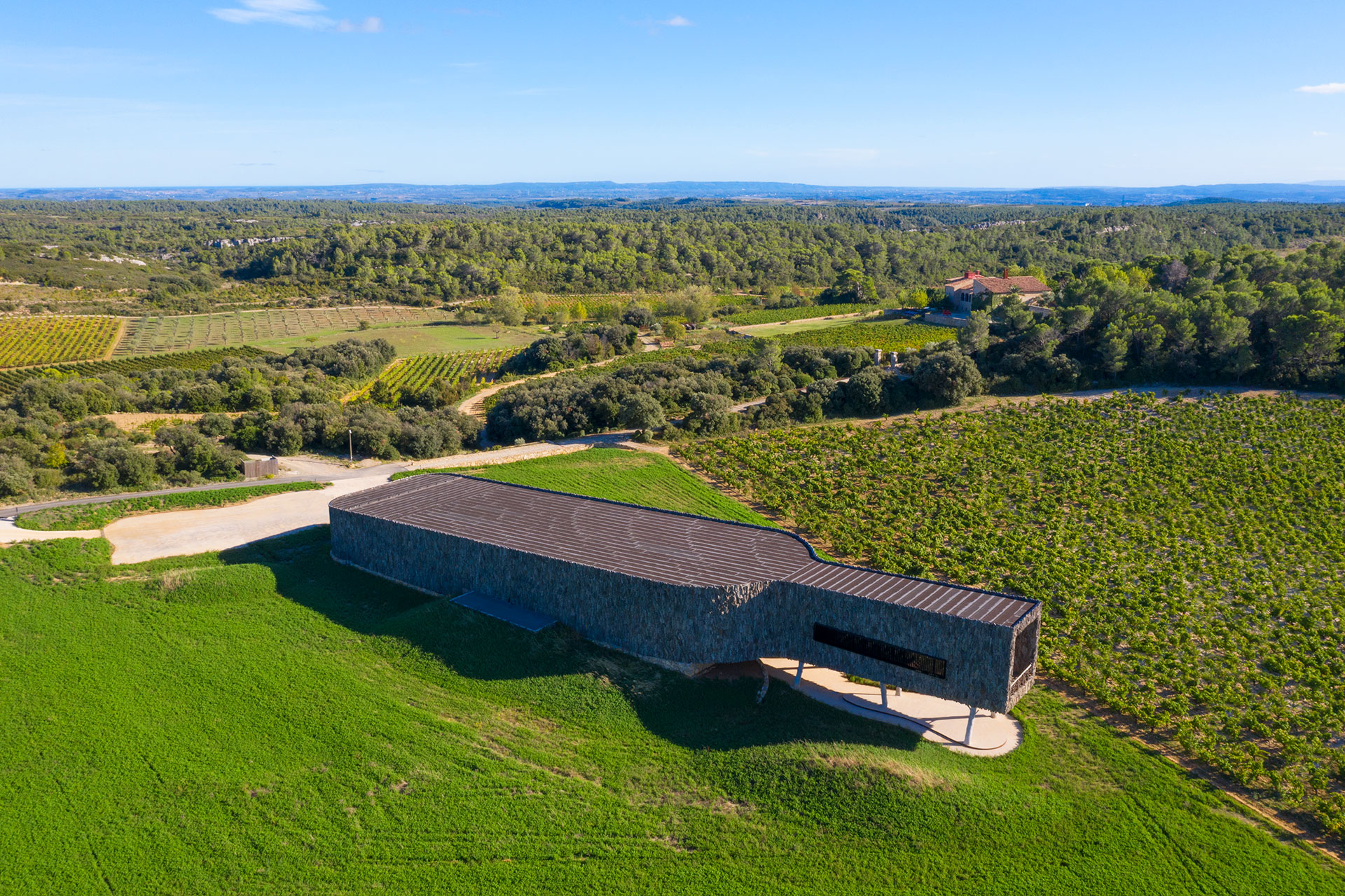 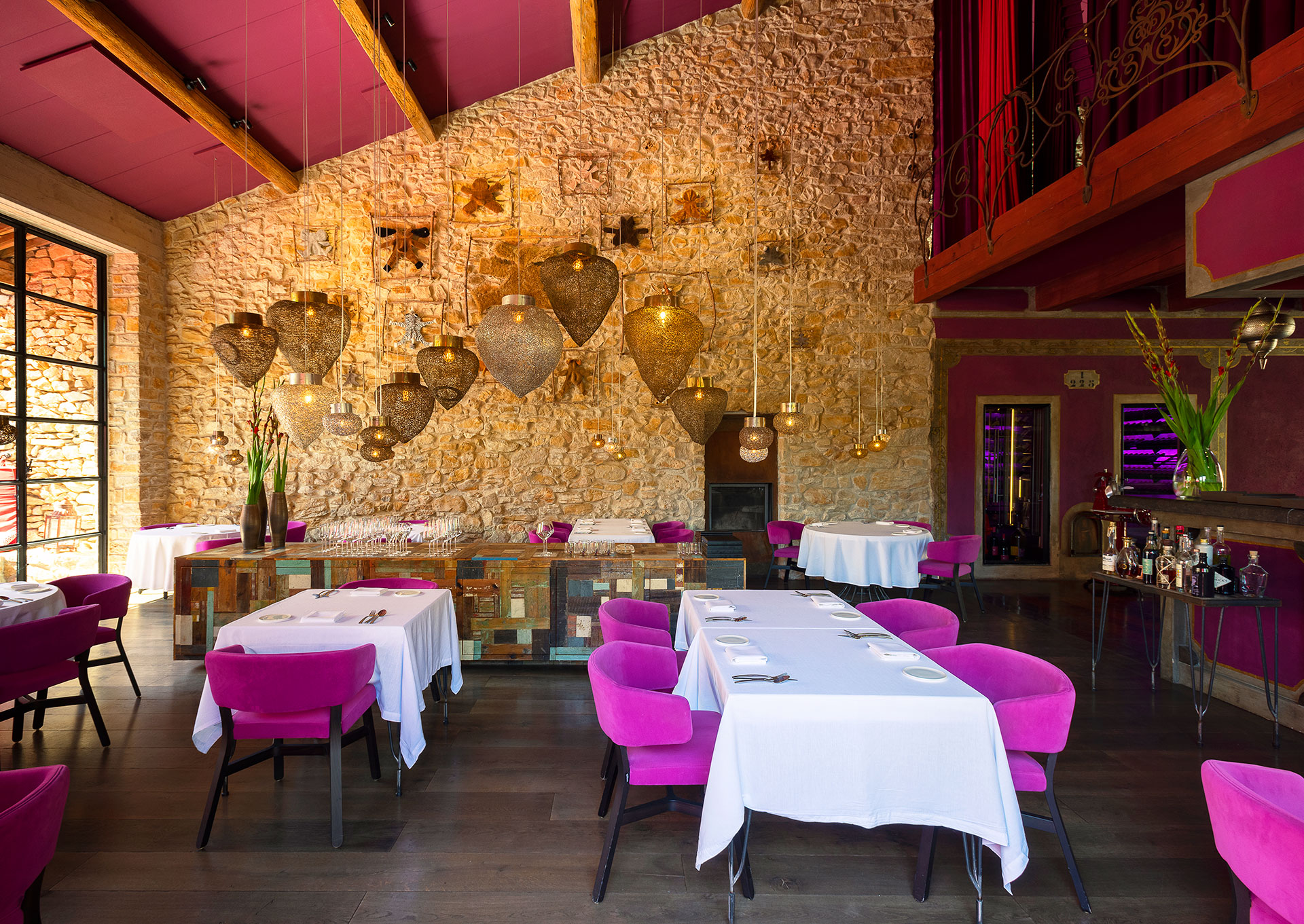 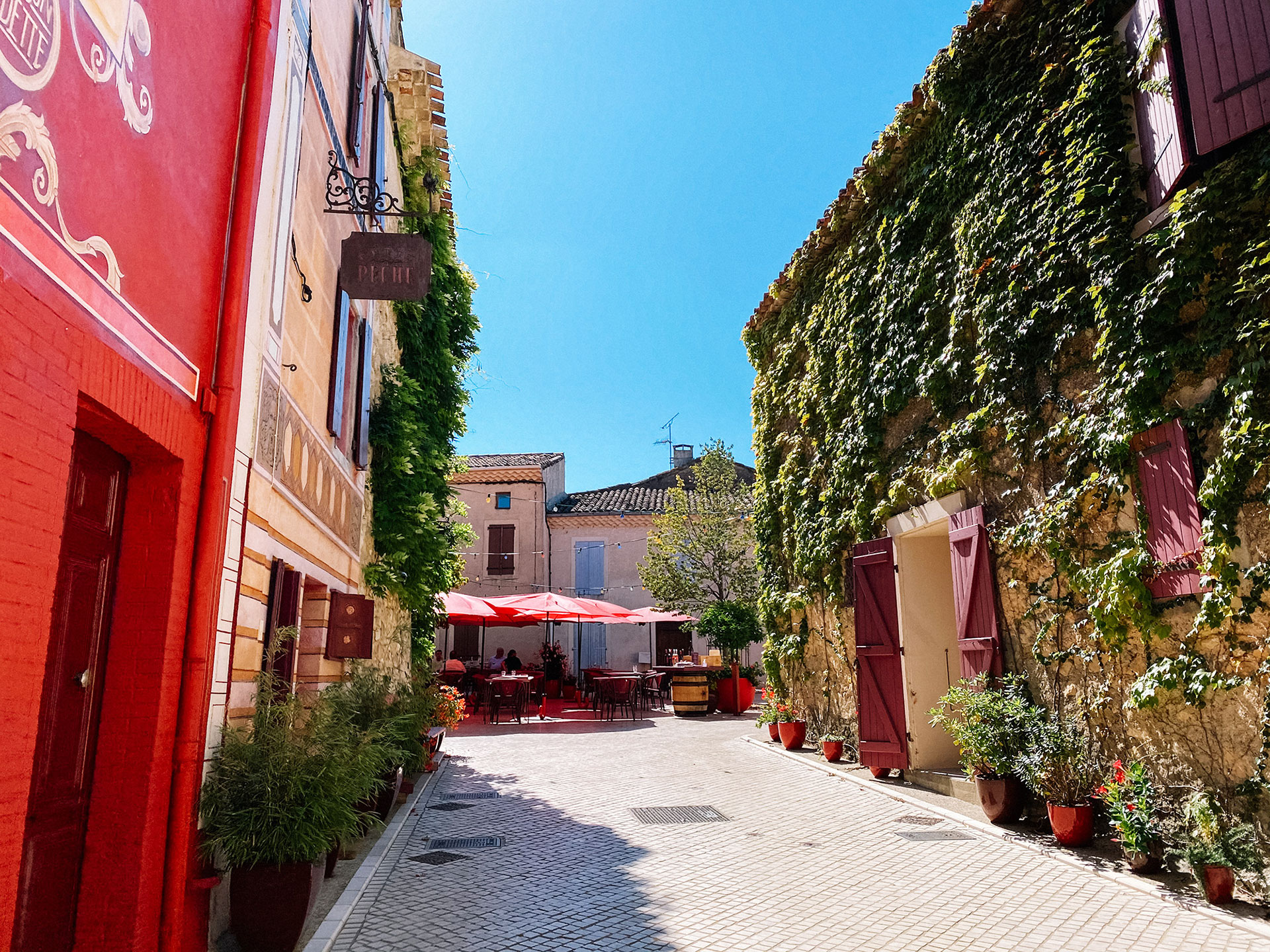 At the end of the day, all roads lead back to Château & Village Castigno, where guests are unofficial residents of Assignan. That’s the idea, anyhow, as you amble down some ancient cobblestone side street and open the door to your new, temporary home. One of the key criteria we consider when choosing a hotel for the Tablet selection is how well it contributes to the local experience — how it helps guests gain a better understanding of the destination they’re visiting. The idyllic endpoint of that idea may very well be distributed hotels like Castigno, and Sextantio in Italy.

It’s no coincidence that the villages both hotels call home faced perilous economic challenges in the years preceding their hospitable reinvention. Or that both found a mayoral ally happy to welcome a city face lift. Today, some 90 percent of the locals in Assignan work in wine, according to the hotel, either for Castigno or another of the handful of vineyards in the area. In Assignan, nearly 35 percent of the town’s buildings sport the Castigno hues. The rest belong to locals or holiday makers, the latter more than likely appearing in the years succeeding Castigno’s arrival. Town and hotel, lifting each other up.

The tagline for Castigno is “the rebirth of a dream.” Claeys and Verstraete had fallen in love with this village, and they wanted a hand in helping it flourish. There’s a tremendous economic benefit to the albergo diffuso, and so long as it’s executed with respect and compassion for the local community, everyone should benefit. If it’s a trend, it’s a rare one — but as long as it’s done with care, we’ll happily drink it in. 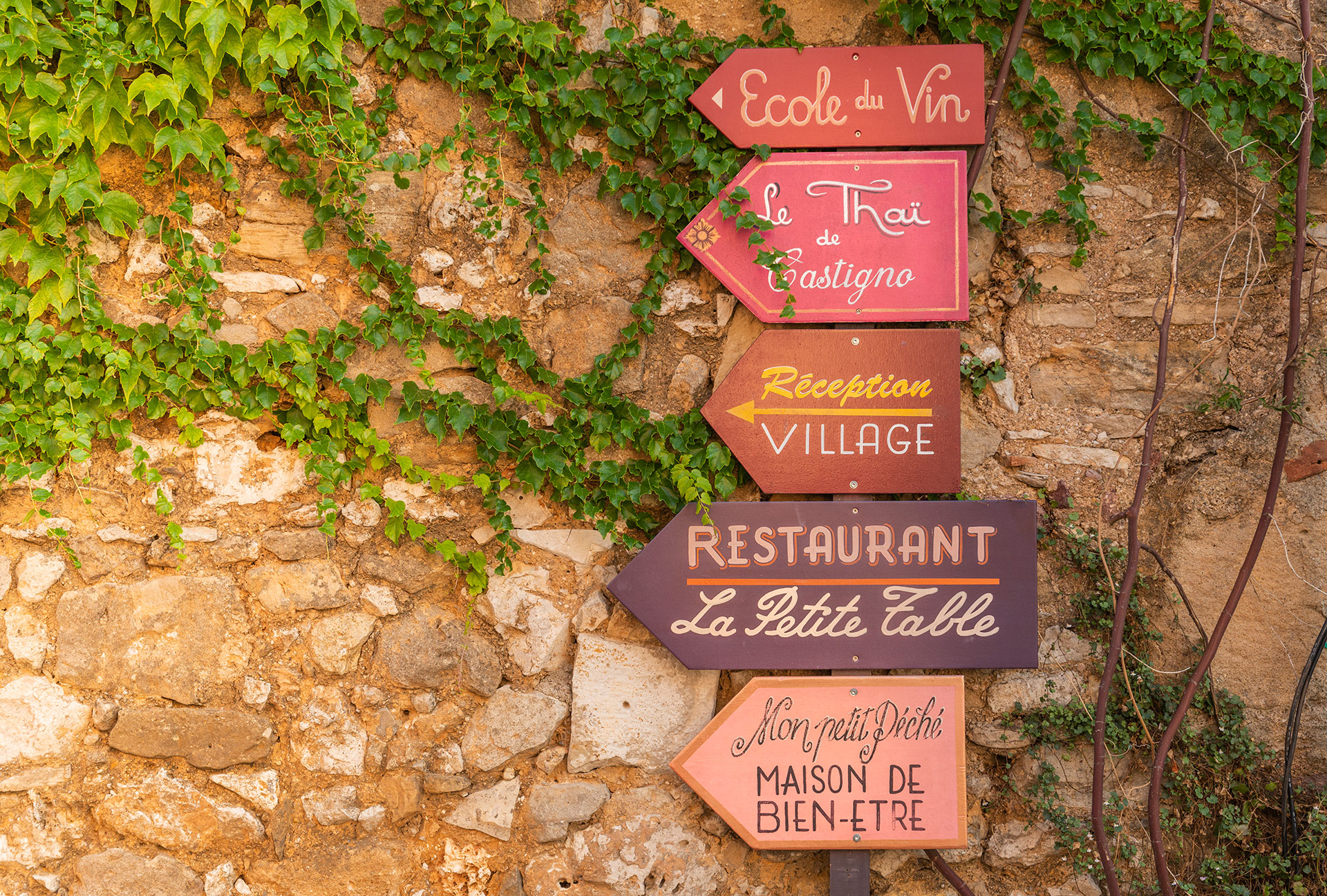