We were rooting for France in the World Cup. They lost, but we’ve got no time for tears. We have to make good on a bet with some Argentines from a rival website. So, here’s a story about the best wine region on the planet: Mendoza.

Being founded by a Frenchman, and now owned by Michelin — a company that’s practically a national treasure in France — we were biased toward the French national team in last week’s World Cup final. Knowing this, a few travel industry friends from Argentina made a bet with us.

If Argentina won, we’d admit that Mendoza — not Bordeaux or Burgundy or Champagne — is the greatest wine region in the world, and we’d put together a list of its coolest hotels. Well, you know what happened next. We’d been optimistic. We had a celebratory story about French vineyard hotels all ready to go. But it wasn’t meant to be. Not for us, and not for Les Bleus.

Instead, it’s Argentina time. Specifically, Mendoza, the country’s acclaimed wine region. When you’ve won the biggest prize in sports, you might want to honor yourself with a little Malbec (the greatest wine in history), a little chimichurri asado steak (the greatest food in history), and a little scenery provided by the Andes (the greatest mountains in history). It all adds up to the greatest combination of things to have ever existed (apparently).

Gambling debts aside, few wine regions live up to the label better than Mendoza, and few of them have better hotels. We’d happily vouch for it even if we didn’t have to. 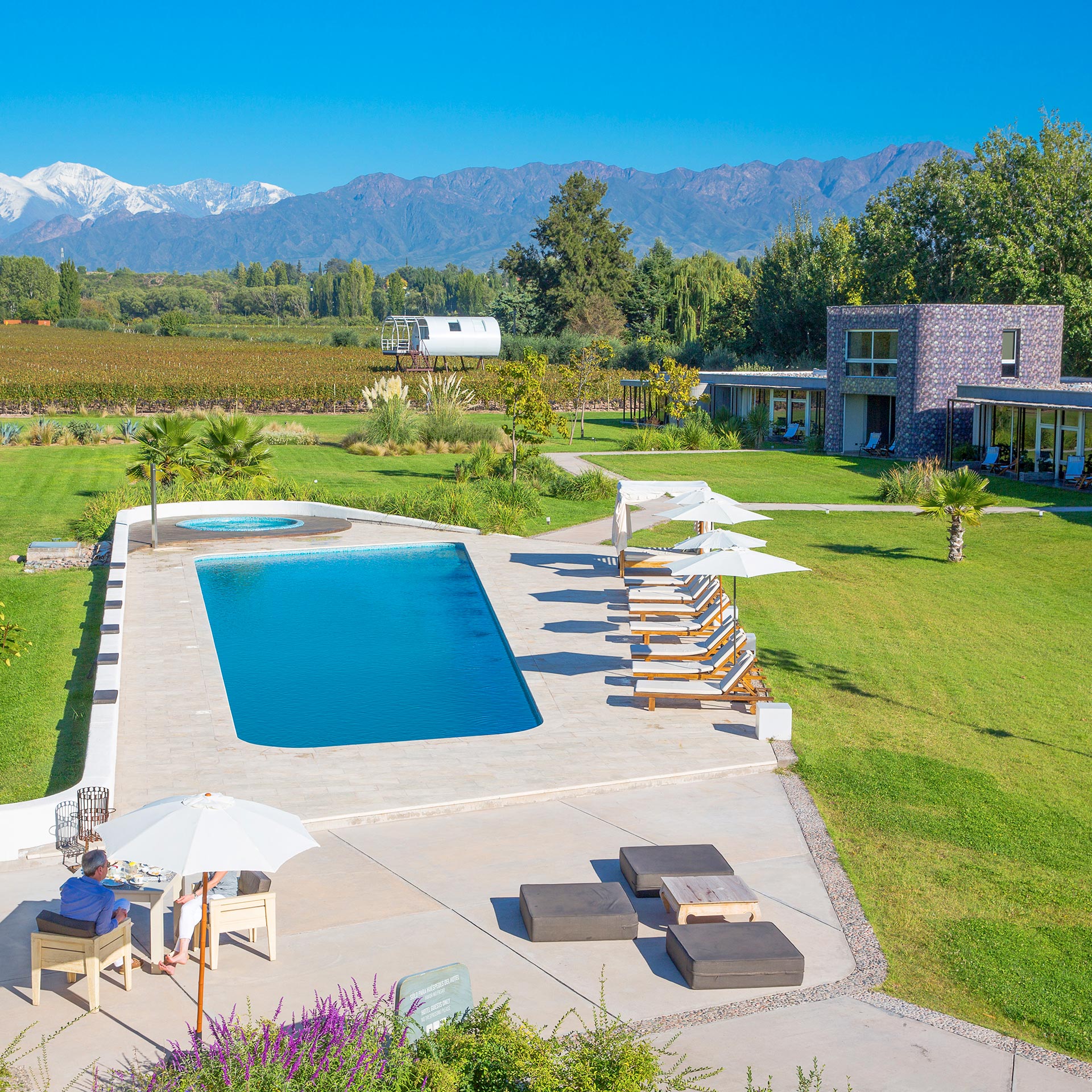 Entre Cielos is a working vineyard, producing Malbec a short distance outside the city of Mendoza, but it’s about as far from rustic as it gets. Arrive here and you’re greeted by a low-slung modernist structure in raw concrete, a Zumthor-esque monument where you’re probably expecting a ranch house. The effect is dramatic, to say the least. 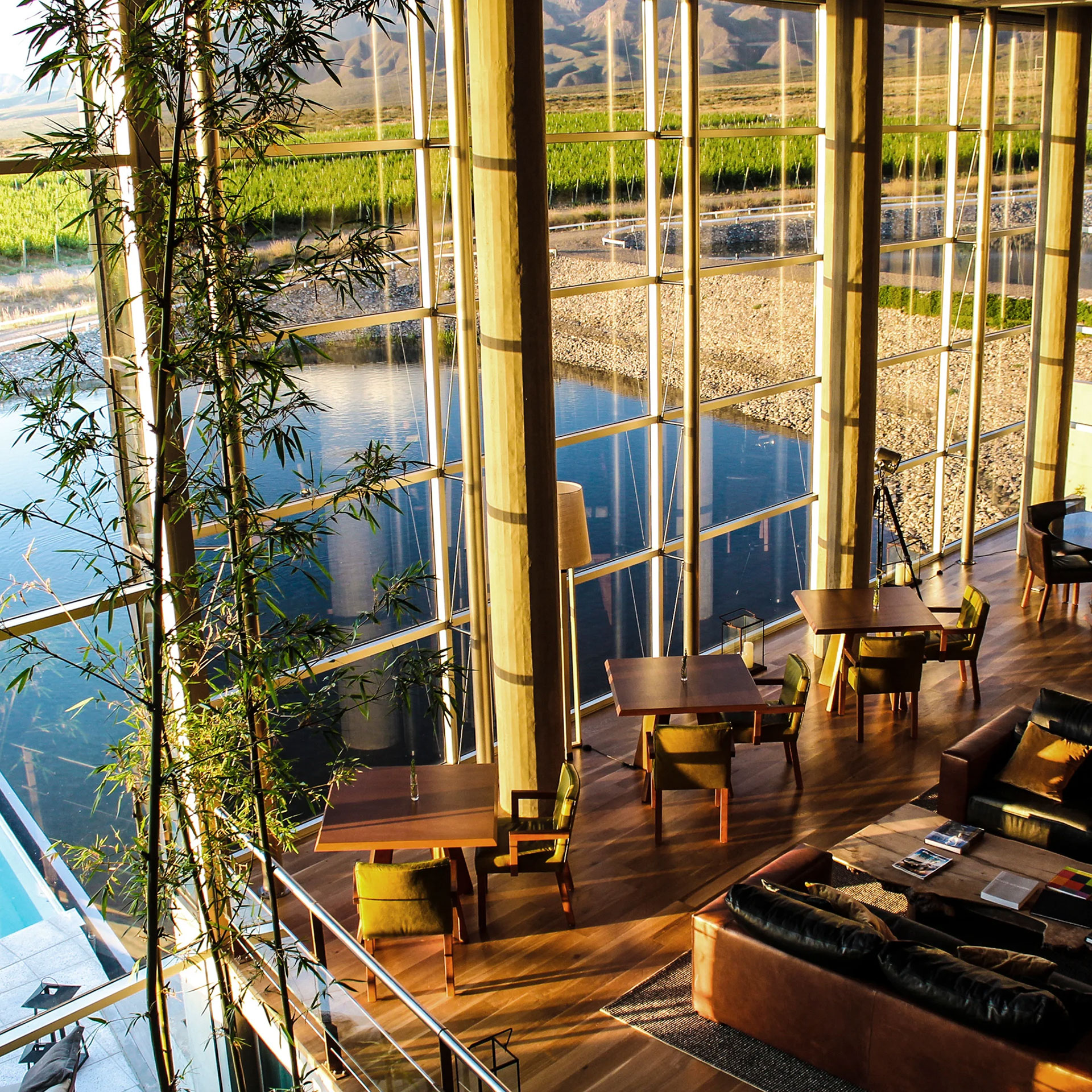 Don’t let the word “Casa” fool you: this isn’t a shabby-chic B&B or a cozy family-run inn. It may be in the relative middle of nowhere, but Casa de Uco is stylish, state-of-the-art, sustainably built; an imposing concrete and glass structure poised amid world-class vineyards on the edge of a reflecting lake, with organic vegetables growing on the rooftop. 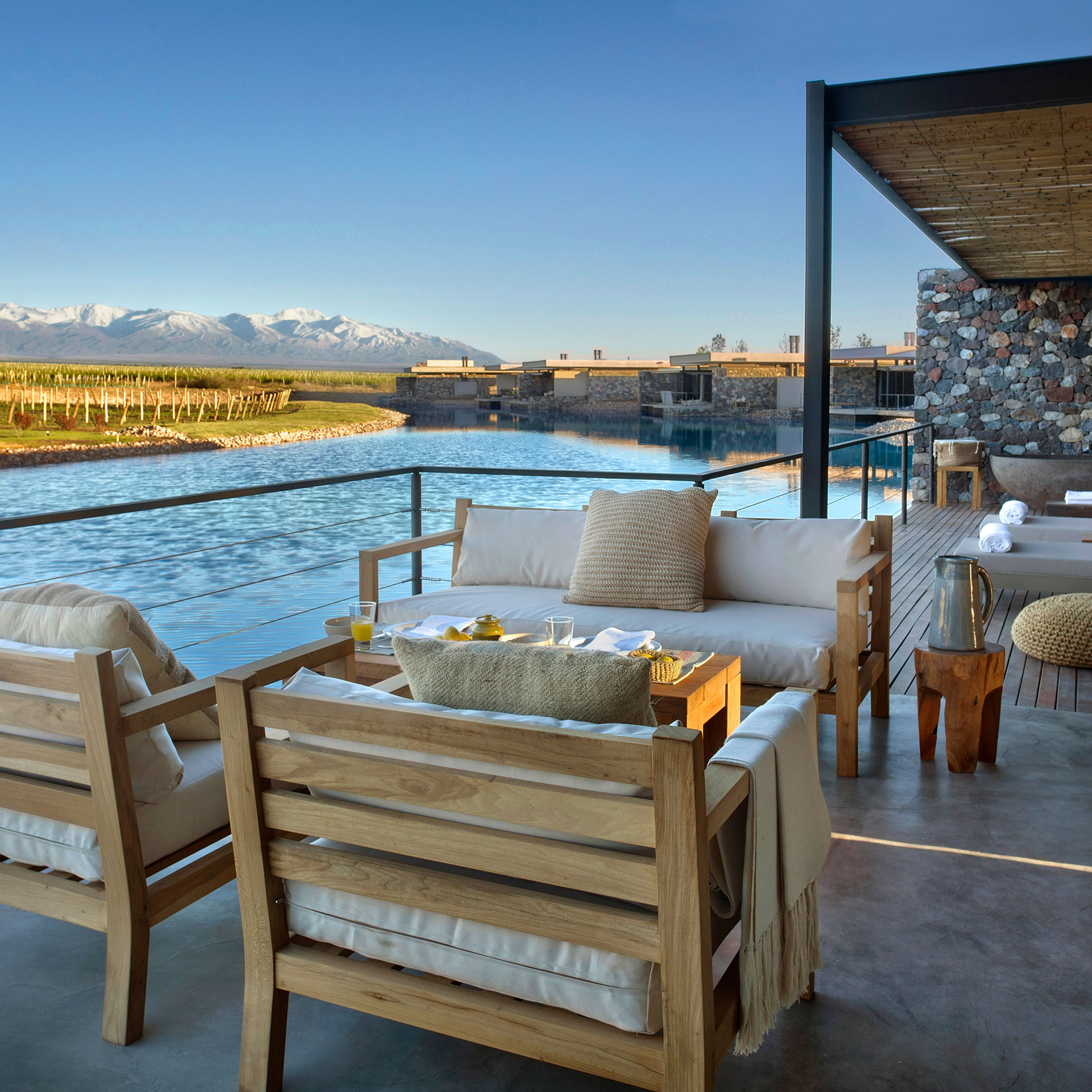 Exclusive, modern and practically brand new, the Vines resort sits on 1500 acres of vineyards and gardens laced with romantic paths and dwarfed by the looming Andes. Dotting the property are 22 rustic-chic villas, a lodge with a wine cellar and outdoor fire pits, several venues for civilized pastimes — anyone for bocce? — and, of course, the winery and tasting room itself. 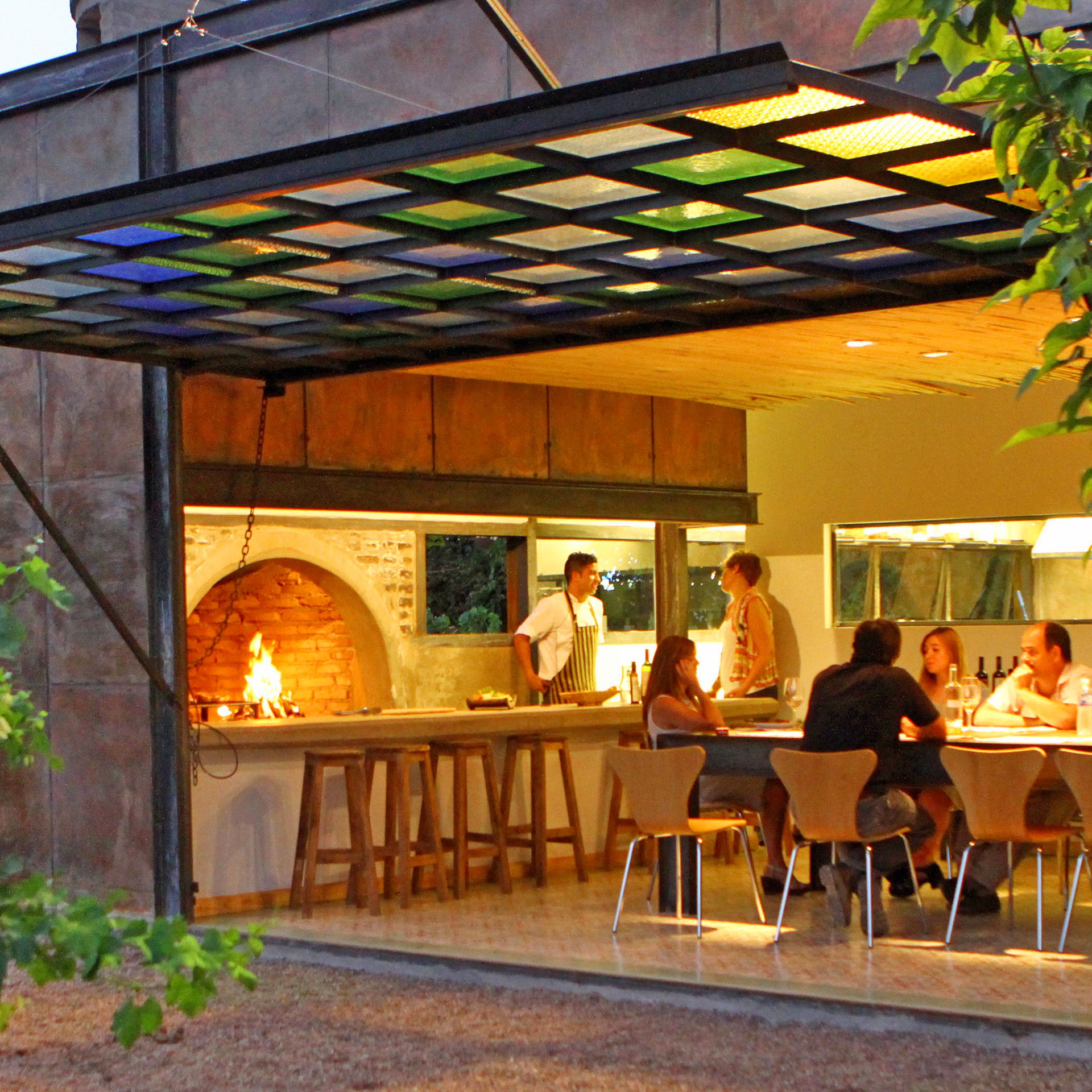 Finca Adalgisa is a working vineyard, which is where the “finca” bit comes in — with just eleven rooms and suites it’s helpful to have a bit of extra activity going on, whether it’s harvesting grapes or extracting olive oil. You can get a close-up look at either of these activities if you like, or you can take a cooking class, baking empanadas in the Finca’s clay oven. 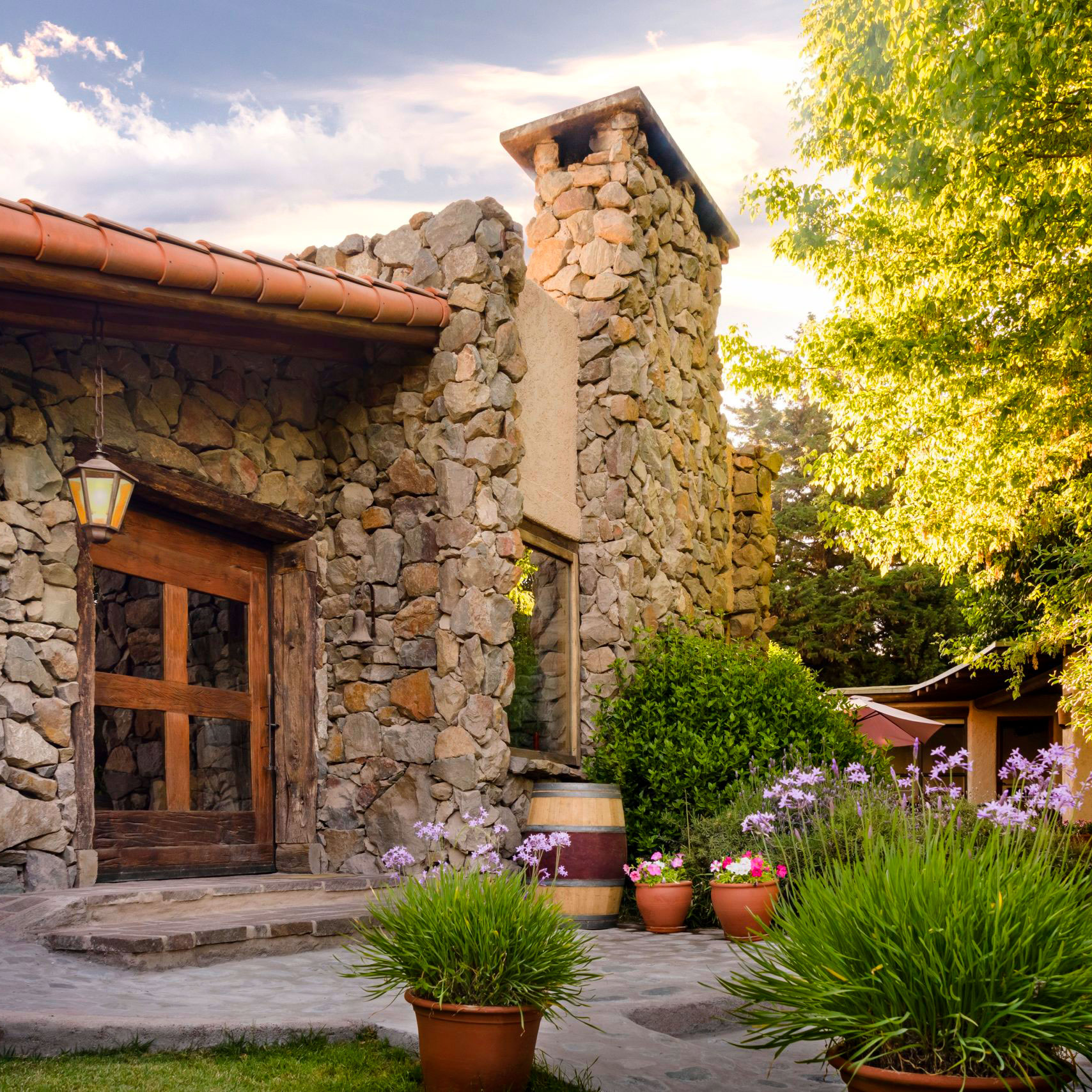 Lares de Chacras is an ideal place to base yourself in Mendoza, offering a great breakfast and a restful atmosphere to return to after a day out. There’s strong coffee and pastries to start, a shaded swimming pool for a late afternoon dip, and a charmingly rustic stone fireplace where a fire crackles after dark. Guest rooms are simple and quiet, with wood-beamed ceilings and indigenous artwork. 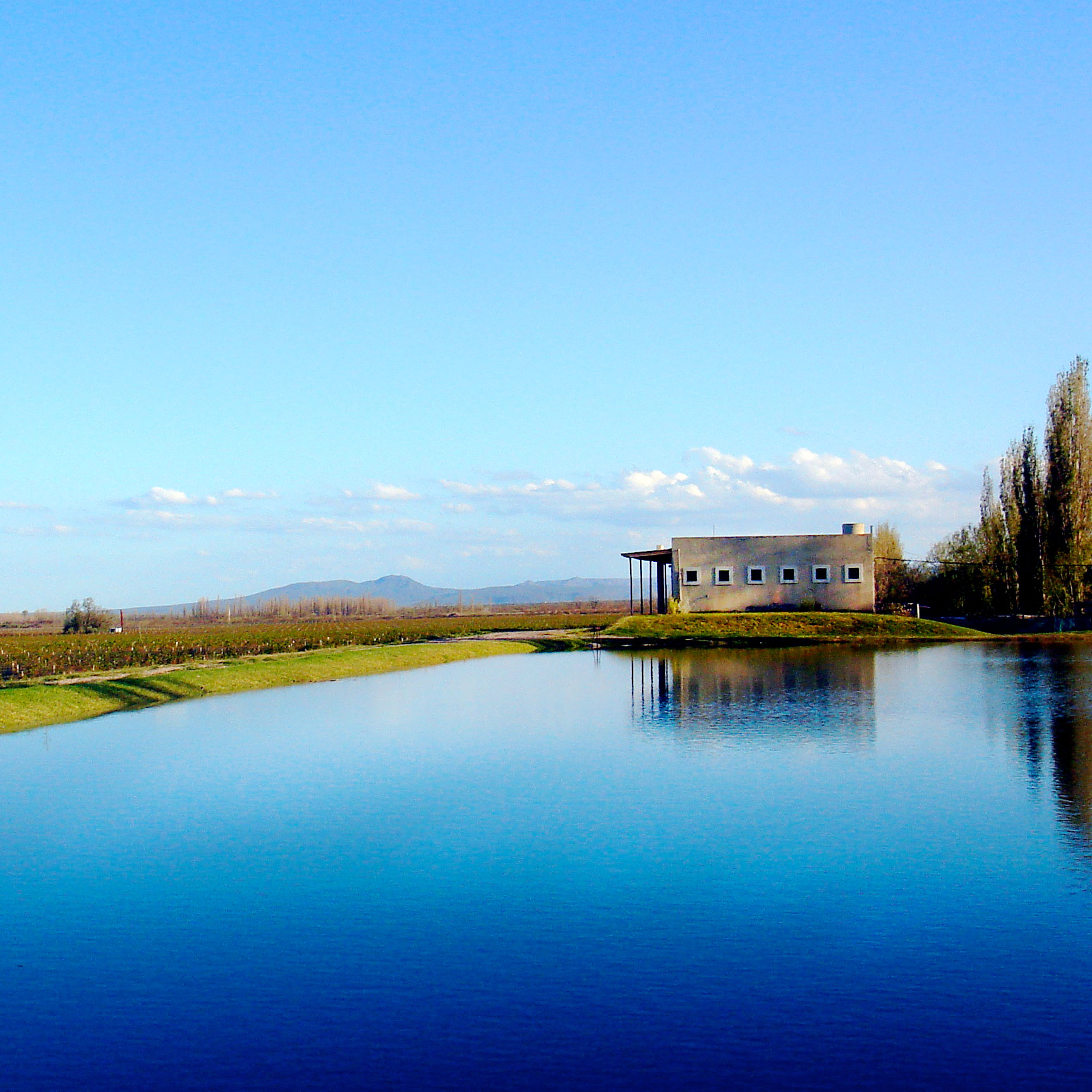 Algodon Wine Estates brings together two of the favorite pastimes of civilized gentlemen (and ladies): fine wine and golf. A family of golfers developed the 9-hole golf course and purchased the original Algodon villa in the mid-‘90s. Their dramatic transformation of the rustic adobe house resulted in a contemporary villa-style hotel complete with spacious suites and a range of stylish amenities. 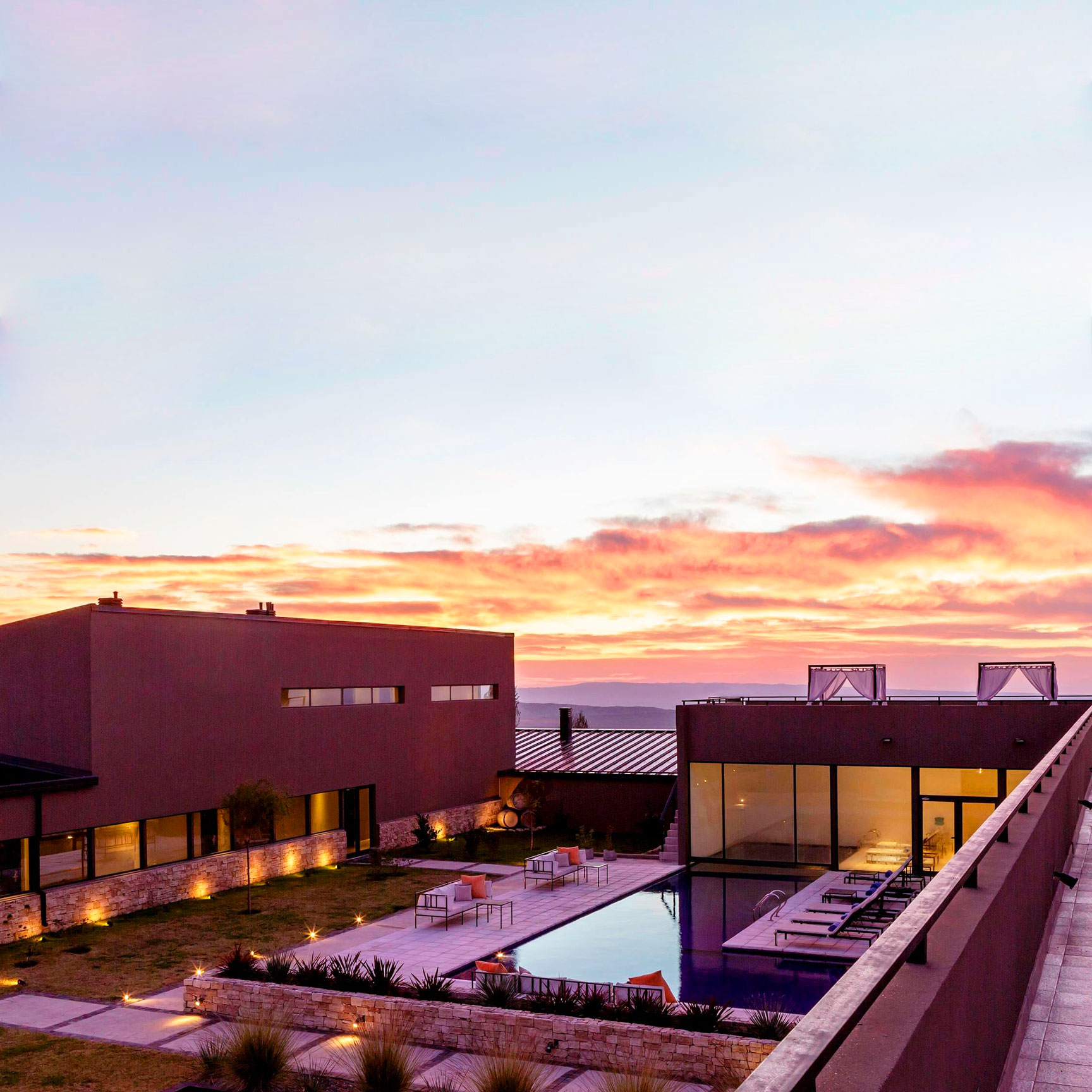 Auberge du Vin’s name tells you exactly what to expect of this 28-room getaway set amid expansive vineyards in Mendoza’s Uco Valley. Located several miles down a dirt road, it’s a remote escape where the wine flows freely, the stars shine brightly, and the snow-capped Andes rise up majestically in the distance. 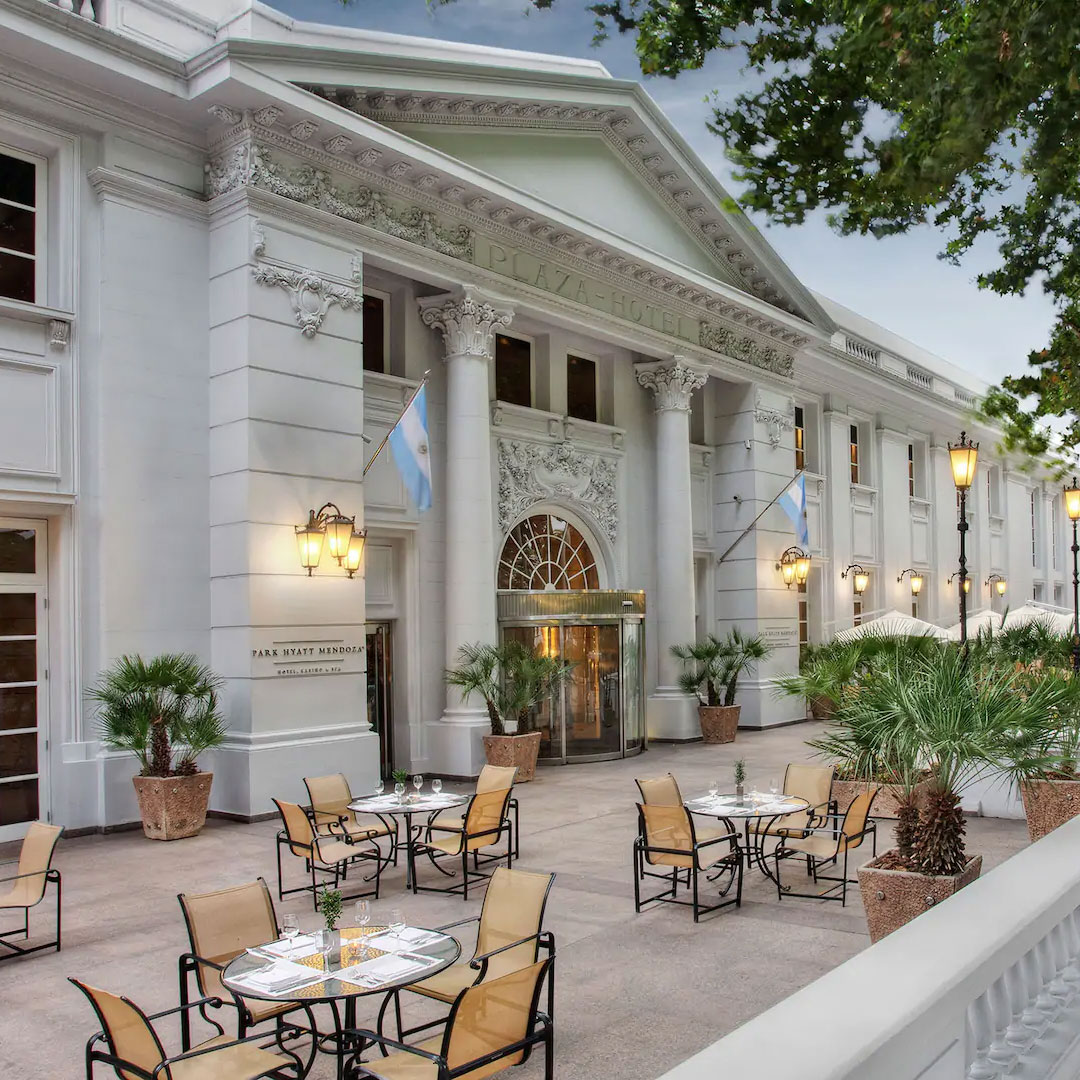 The city of Mendoza is not a major metropolis by any means, but it is a city that’s big enough to have at least one world-class hotel. The imposing 19th-century Spanish Colonial facade of the Park Hyatt Mendoza still bears the legend “Plaza-Hotel” over its colonnaded entryway, but make no mistake: inside it’s a completely up-to-date Park Hyatt where even the most basic rooms are spacious and extremely well-appointed.