They have a peculiar affinity in the south of France for giving shockingly long standing ovations to films they enjoy. The hotels of Provence deserve at least as much applause, and won’t cause as much regret.

When I think of Provence, the first thing I think of is Nellcôte, the Côte d’Azur mansion that Keith Richards rented in 1971 and where the Rolling Stones recorded tracks for their landmark double album Exile on Main Street. The second thing that comes to mind is the Cannes Film Festival. Specifically, the infamously long standing ovations Cannes audiences have given to certain films over the years. Pan’s Labyrinth holds the record with a 22-minute standing ovation. 22 minutes! My hands would be reduced to stumps. The Beaver got a 10-minute ovation, the same as BlacKkKlansman and Inglorious Basterds, two films not starring Mel Gibson and a rodent puppet.

The third thing I think of when I think about Provence is the region’s glorious lavender fields. Oceans of purple and green laid out as far as the eye can see. What an incredible sight to behold. The fourth thing is 2016’s The Neon Demon. Have you seen it? Well, Cannes audiences saw it, and afterwards they clapped for 17 minutes.

Finally — when I’m done wrapping my head around the entire quarter of basketball spent clapping for The Artist — I think about hotels. If anything deserves twelve minutes of applause in the south of France, it’s Provence’s lovely abundance of villa, vineyard, farmhouse, fortified farmhouse, château, castle, and yes, even treehouse hotels — the most exciting of which you can find below. Hold your applause until the end. 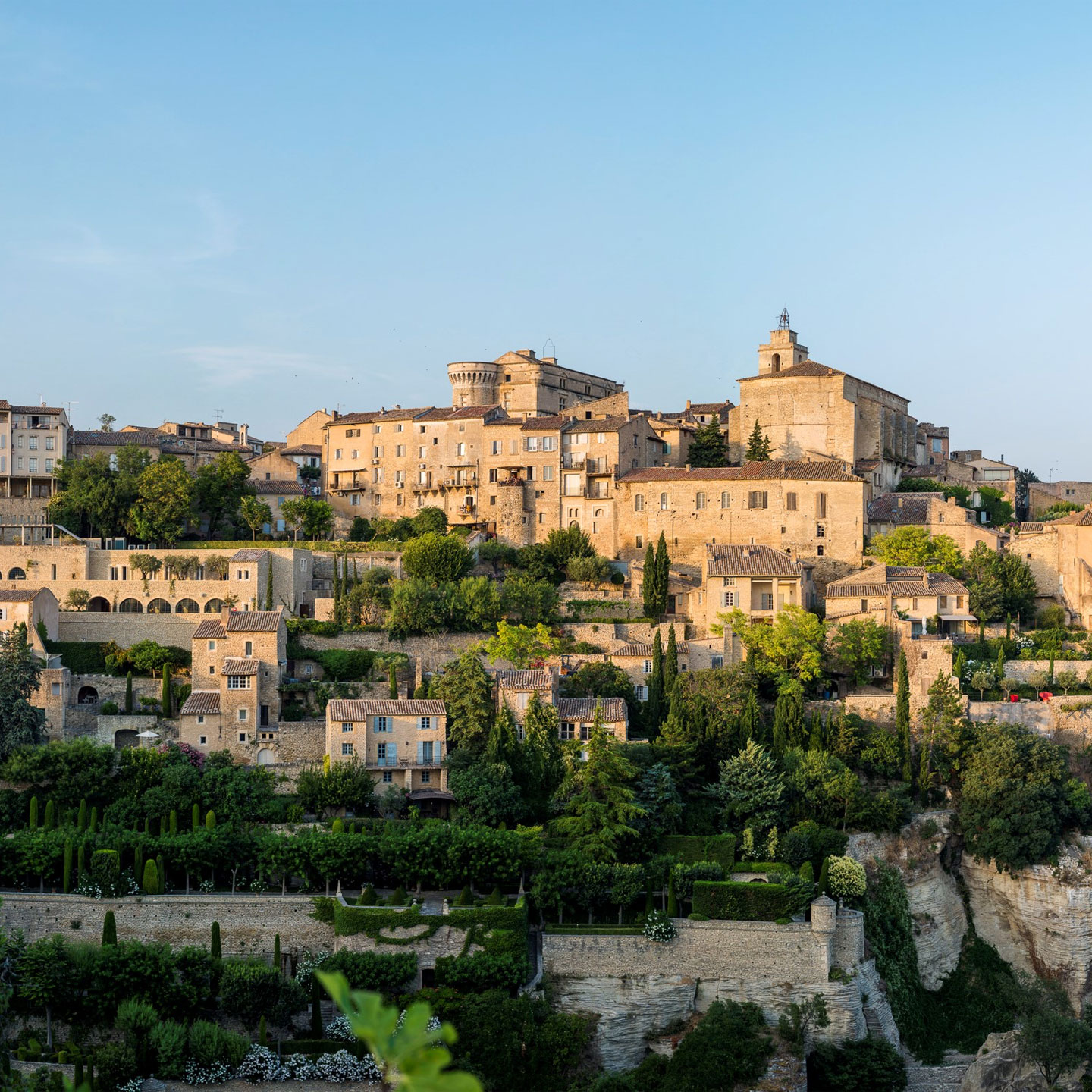 This is the thing about the south of France. Seemingly everywhere you look there’s another spectacular view, another gorgeous medieval village, another perfect little hillside hotel with a phenomenal wine cellar — another hotel, in short, like Airelles, La Bastide de Gordes. This ancient residence is long on character, and beneath its picturesque surface it’s luxurious to a somewhat surprising degree. 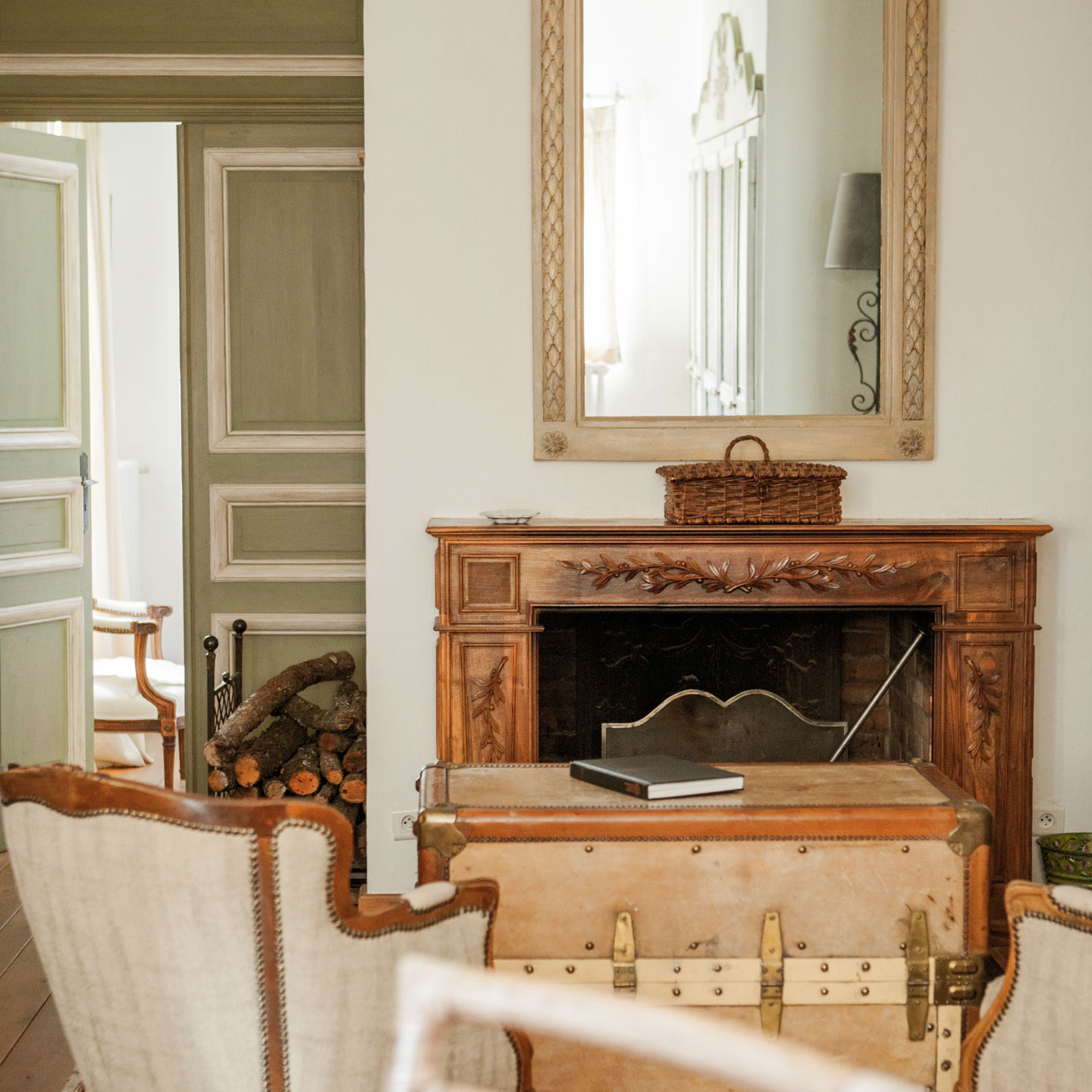 Before it became a thirteen-room inn, La Bastide de Moustiers was chef Alain Ducasse’s home in the country, a 17th-century stone house in a field of lavender dotted with olive trees. It still feels much the same as when he first arrived — homey, tranquil, a perfectly dreamy vision of low-key Provençal life — only now the rooms have been freshened up by Ducasse’s designer friend Tonia Peyrot, and the garden and restaurant have been given just the sort of attention you’d expect at a Provençal inn run by one of the great French chefs of our time. 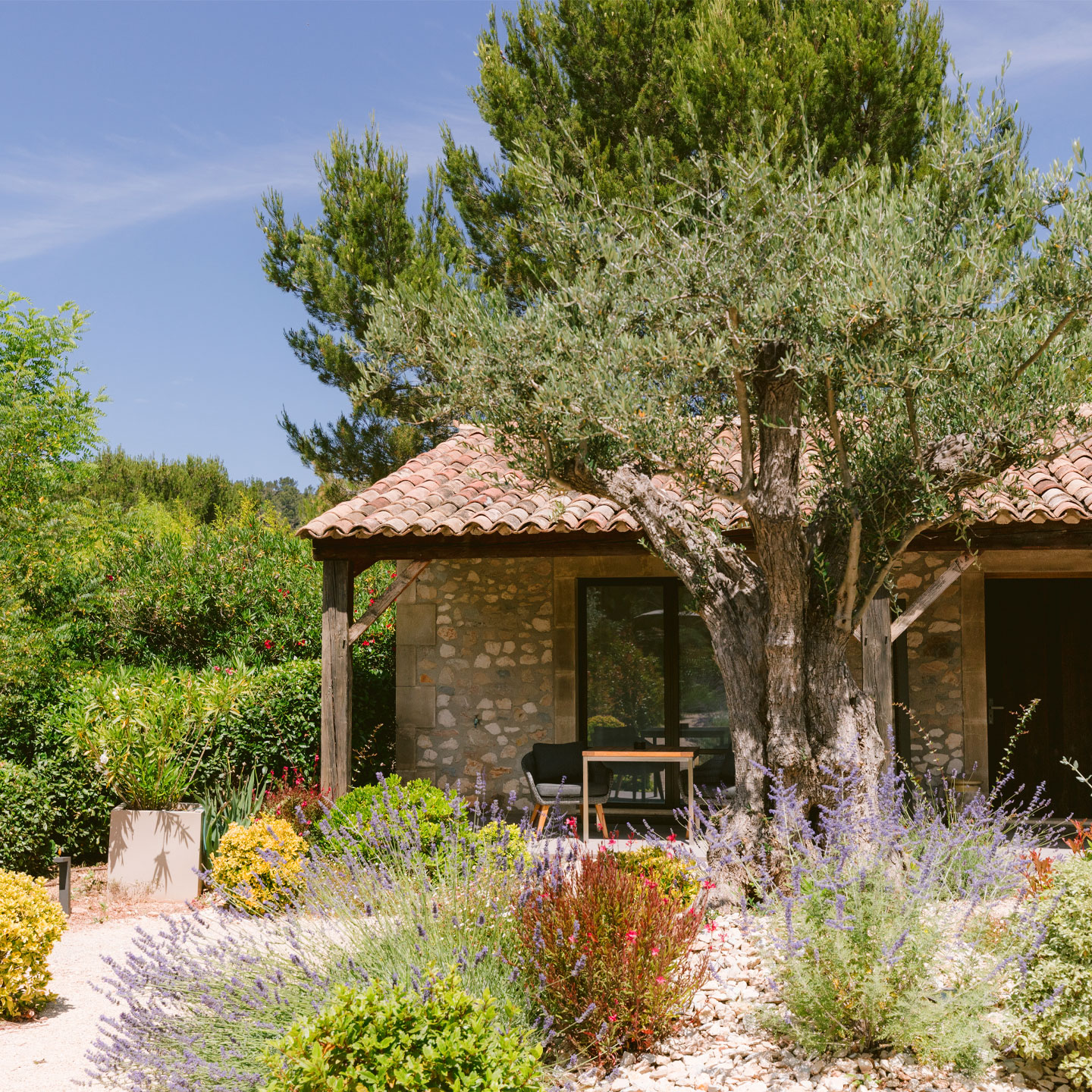 At the foot of the Alpilles, Provence’s pocket-sized mountain range, and just outside of the village of Eygalières, is where you’ll find one of the most tranquil boutique hotels in all of France. Domaine la Pierre Blanche may not reinvent Provençal hospitality, but who says it needs reinvention? Sometimes excellence is about taste and execution, the contrast of rough-hewn stone walls and weathered wooden doors with well-chosen modern furnishings and light, breezy contemporary décor. 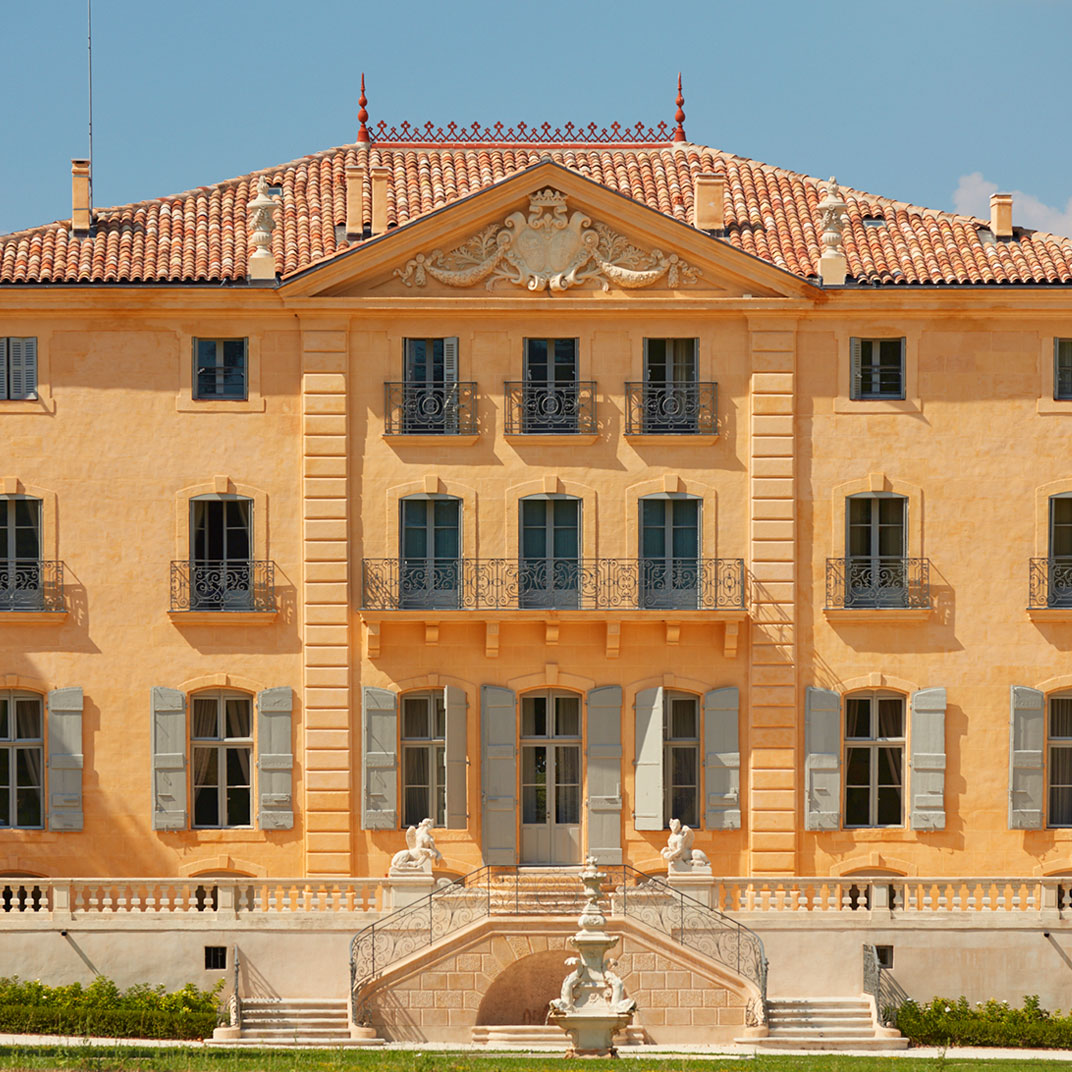 There are castles, and then there are castles. This one dates back to the 1700s, which explains its unusual Italianate style, and only became a hotel in 2017, after three centuries as a private estate. Its setting, just to the north of Aix-en-Provence, endears it to wine lovers, as does the Fonscolombe winery itself, which produces organic reds, whites, and rosés. But the key to its appeal is that it’s quite simply the most luxurious hotel for many miles around. 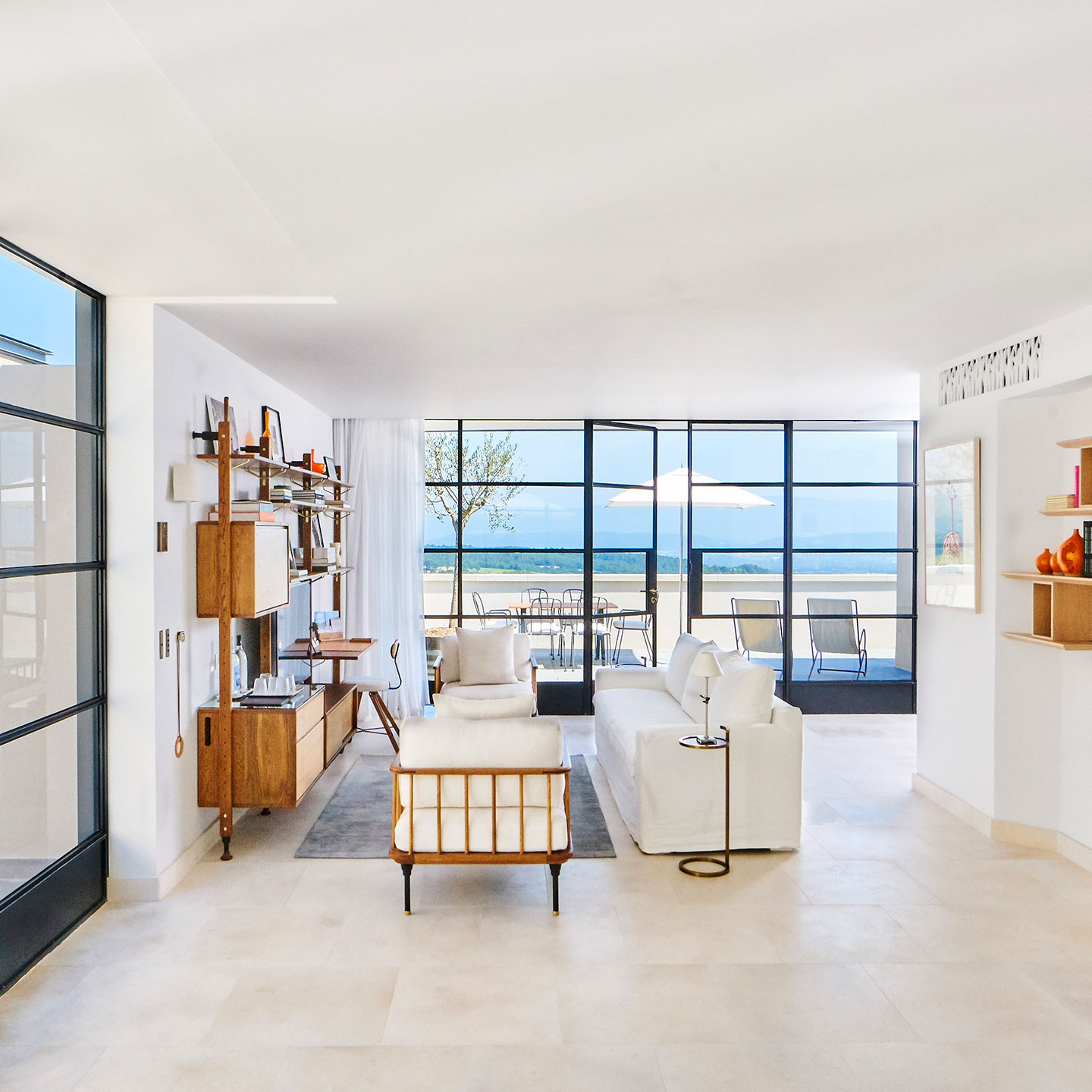 As magical as the typical Provençal country hotel can be, it’s not all the only hospitality experience the south of France has to offer. Villa La Coste begins with a 17th-century farmhouse surrounded by rambling stone buildings, but it’s the contemporary additions by architects like Frank Gehry, Oscar Niemeyer, and Tadao Ando that set it apart from the ordinary bastide hotel — not to mention its 600 acres of parkland, vineyards, and gardens, and an art collection that rivals some urban museums. 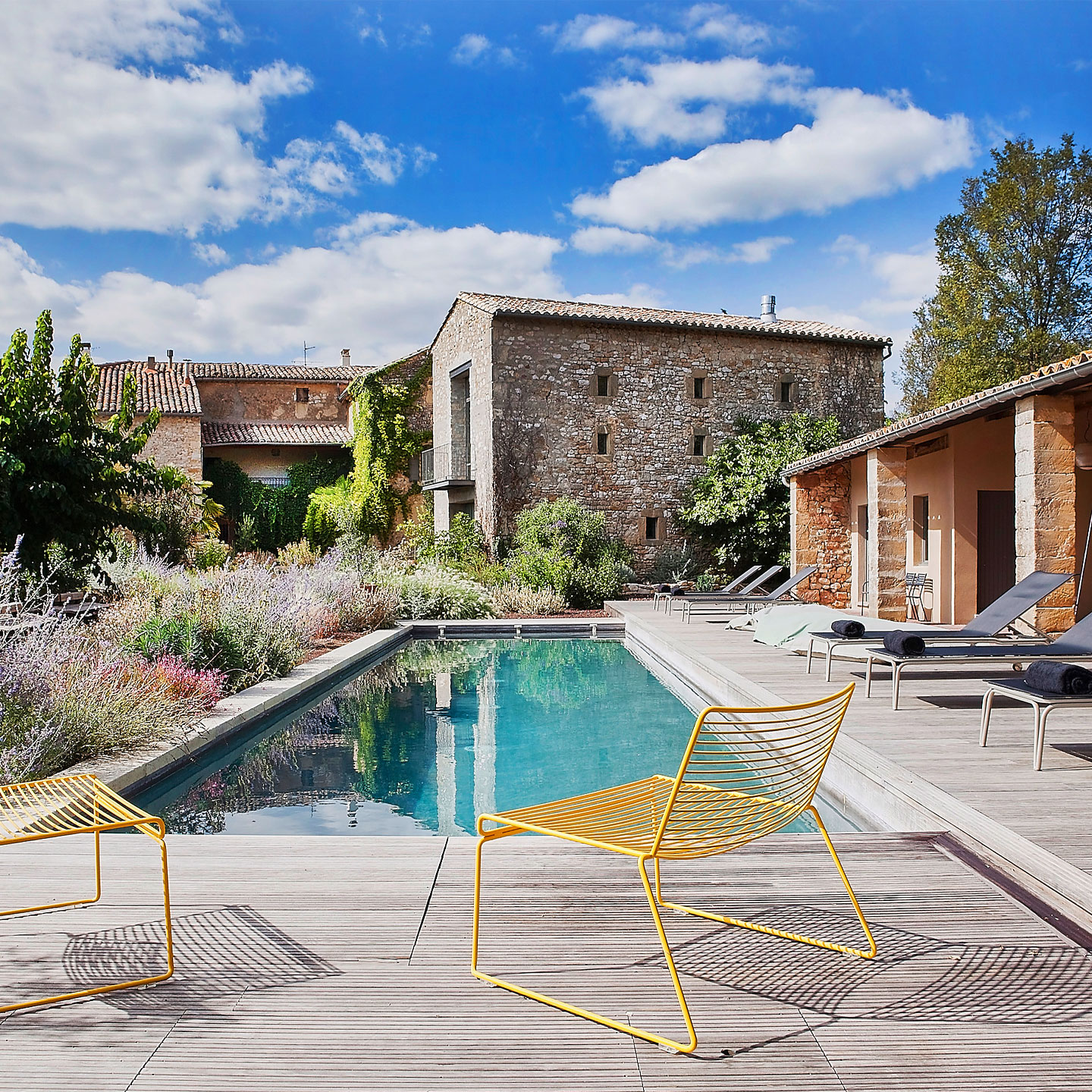 The Provençal garrigue may be the finest scrubland in this or any world, its lime-rich soil supporting signature Mediterranean flora from oak shrubs to lavender and thyme. This sort of trivia becomes quite meaningful when you’re staying at a fortified, luxe-rustic, 16th-century farmhouse like La Maison d’Ulysse — the views, the cuisine, and the architecture are all perfectly adapted to that picturesque backdrop. 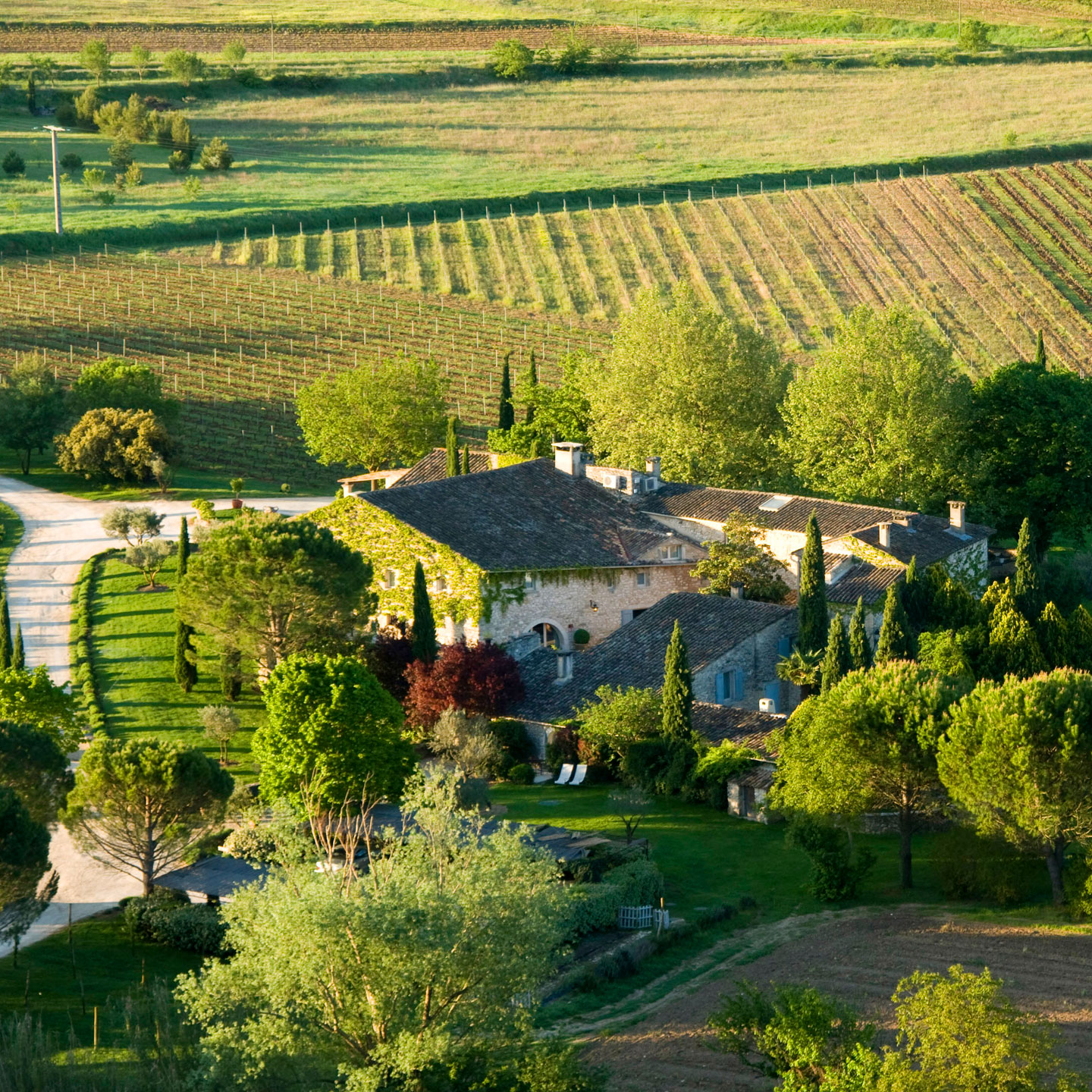 La Bastide de Marie avoids the traditional version of Provençal “authenticity,” and in so doing, brings new life to the well-worn genre of the Provence farmhouse hotel. La Bastide is contemporary and sophisticated, in a region where one expects to see only the most staid and old-fashioned hotels — yet while some modern re-inventions come off as pranks, as flippant rejections of tradition, this hotel is a respectful update, true to its surroundings while showing the way forward. 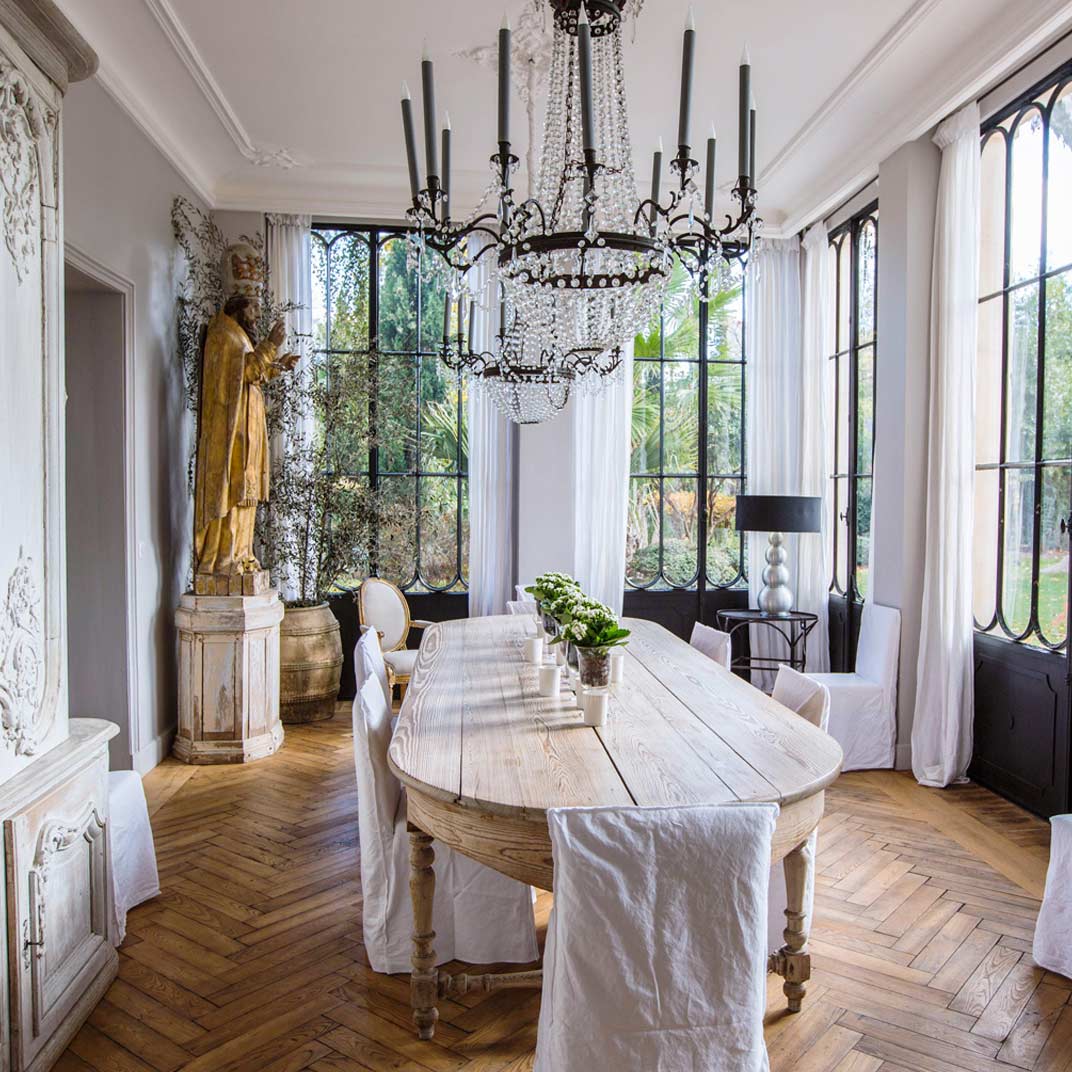 As famous travel experiences go, Dante and Virgil’s journey into hell and back is perhaps not the sort of itinerary you want to follow too closely. La Divine Comédie, you’ll be glad to know, takes the bulk of its inspiration from the Paradiso section of the poem — this hôtel particulier boasts the largest private garden in Avignon, which makes it an island of verdant tranquility despite its location in the heart of the medieval city center. 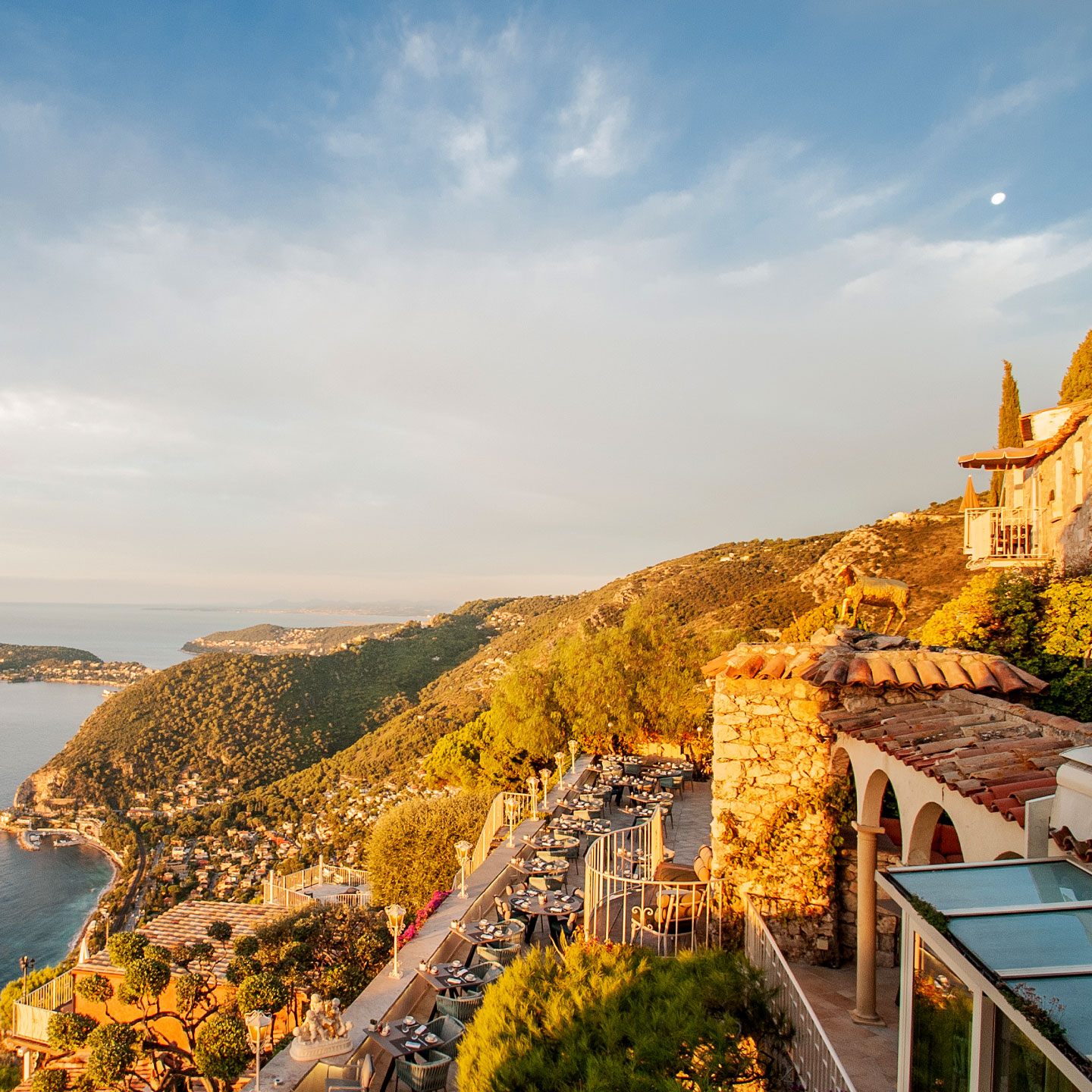 Location is everything — at least when that location is Eze. This medieval village, high on a cliffside halfway between Nice and Monte Carlo, is one of the most amazing places on the Côte d’Azur, offering spectacular sweeping ocean views that simply can’t be matched from any lower elevation. Château de la Chèvre d’Or began its life as a private residence, and as it’s grown, many of the surrounding houses have been absorbed into the hotel. As a result, the 45 rooms and suites are scattered throughout the village. 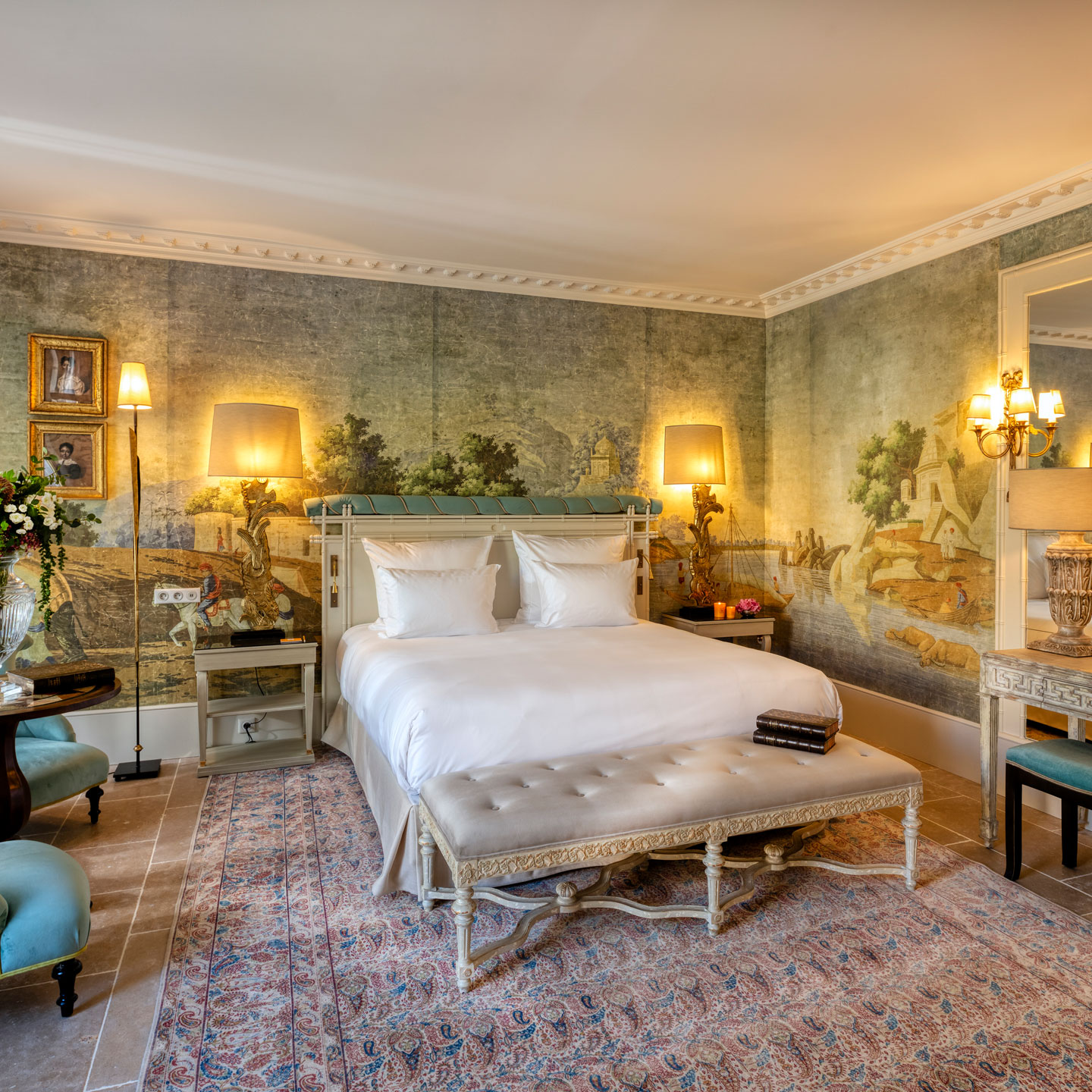 Like many of the best hotels in Aix-en-Provence, Villa Saint-Ange is modest in size — but that might be the only modest thing about it. This 18th-century villa is a splendid piece of architecture, and while it’s surrounded by the city’s townhouses, the estate itself is spacious enough to provide a taste of country living. The interior style is true to the era of the villa’s foundation, though heightened by influences from the Far East and the attentions of a contemporary decorator’s eye. 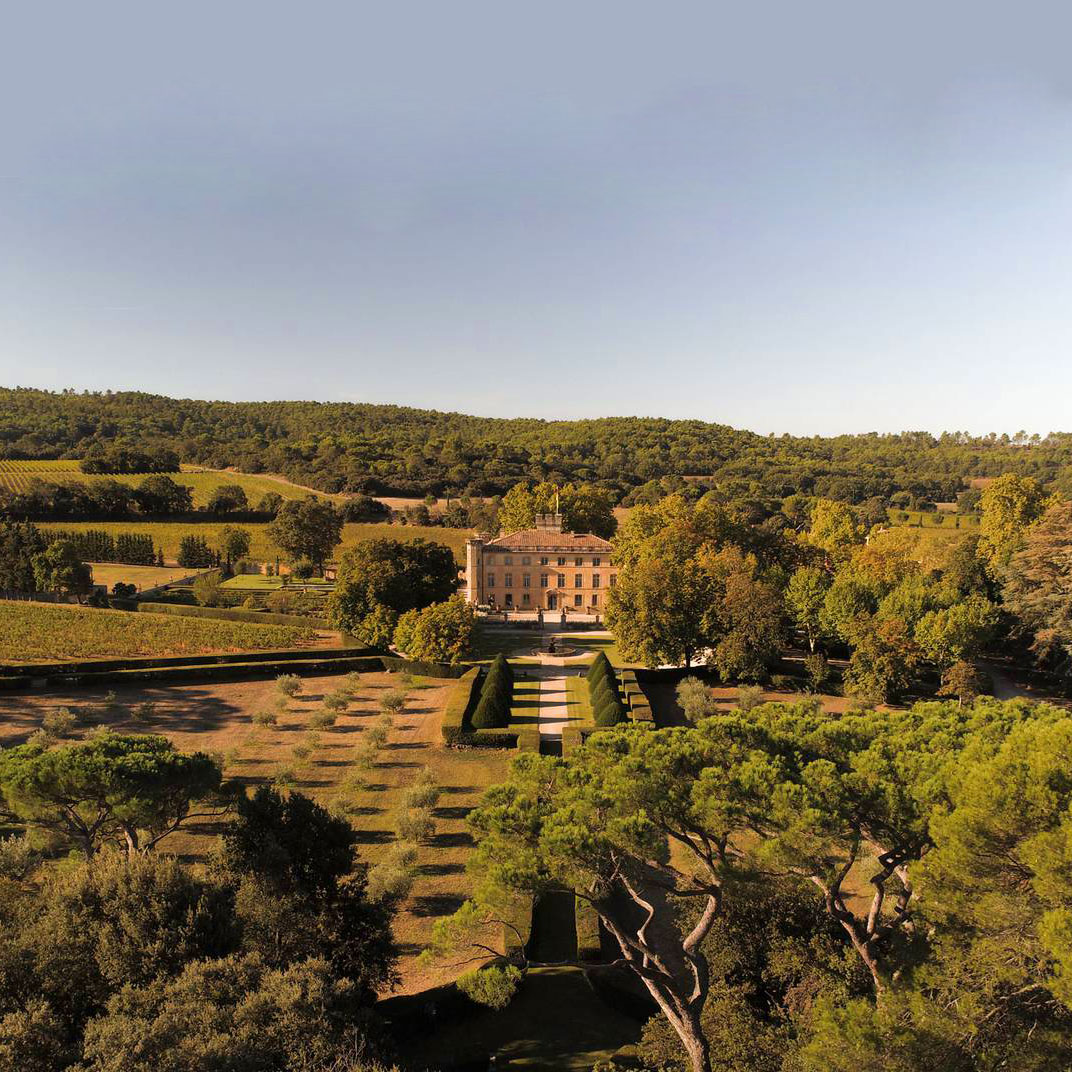 What might at first look like a typographical error is in fact a small distinction of large significance. Within the vast Château Beaulieu wine estate, best known for its mass-market rosé, there’s a smaller estate, specializing in premium organic whites and reds. This is Villa Baulieu — note the 17th-century spelling. And at the heart of the Villa Baulieu estate is the 17th-century Villa Baulieu itself, an incongruously Tuscan-style château that’s now a beautiful little luxury hotel in the Alain Ducasse collection. 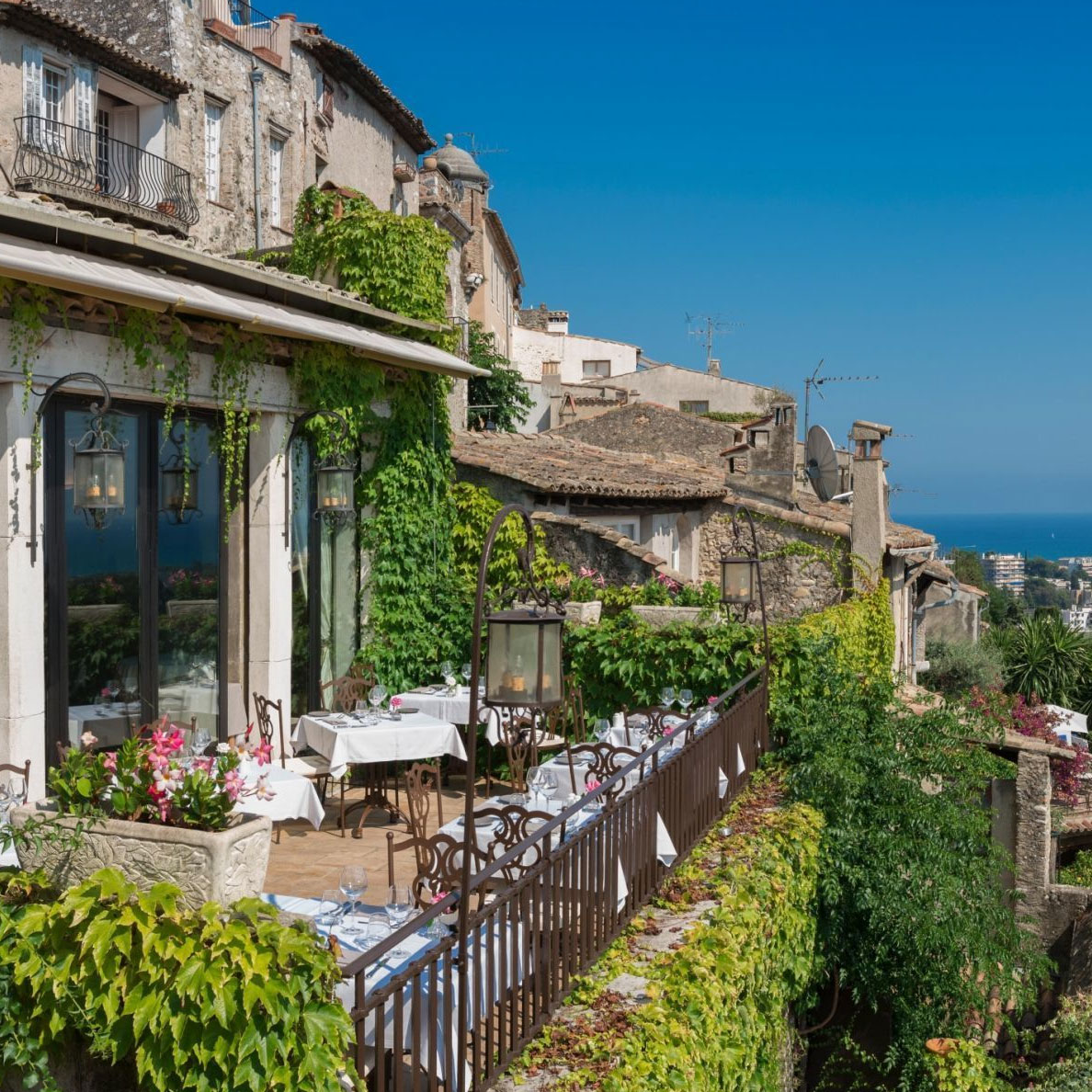 If you’re running an upscale hotel in a quaint medieval village on the Côte d’Azur, there’s no sense in trying to reinvent the wheel. Go ahead and give the people what they want: history, elegance, antique furniture and free-flowing wine. That’s what you can expect at Château Le Cagnard in Haut-de-Cagnes, a place that’s served as inspiration for Renoir, and a getaway for the likes of Brigitte Bardot and Greta Garbo. 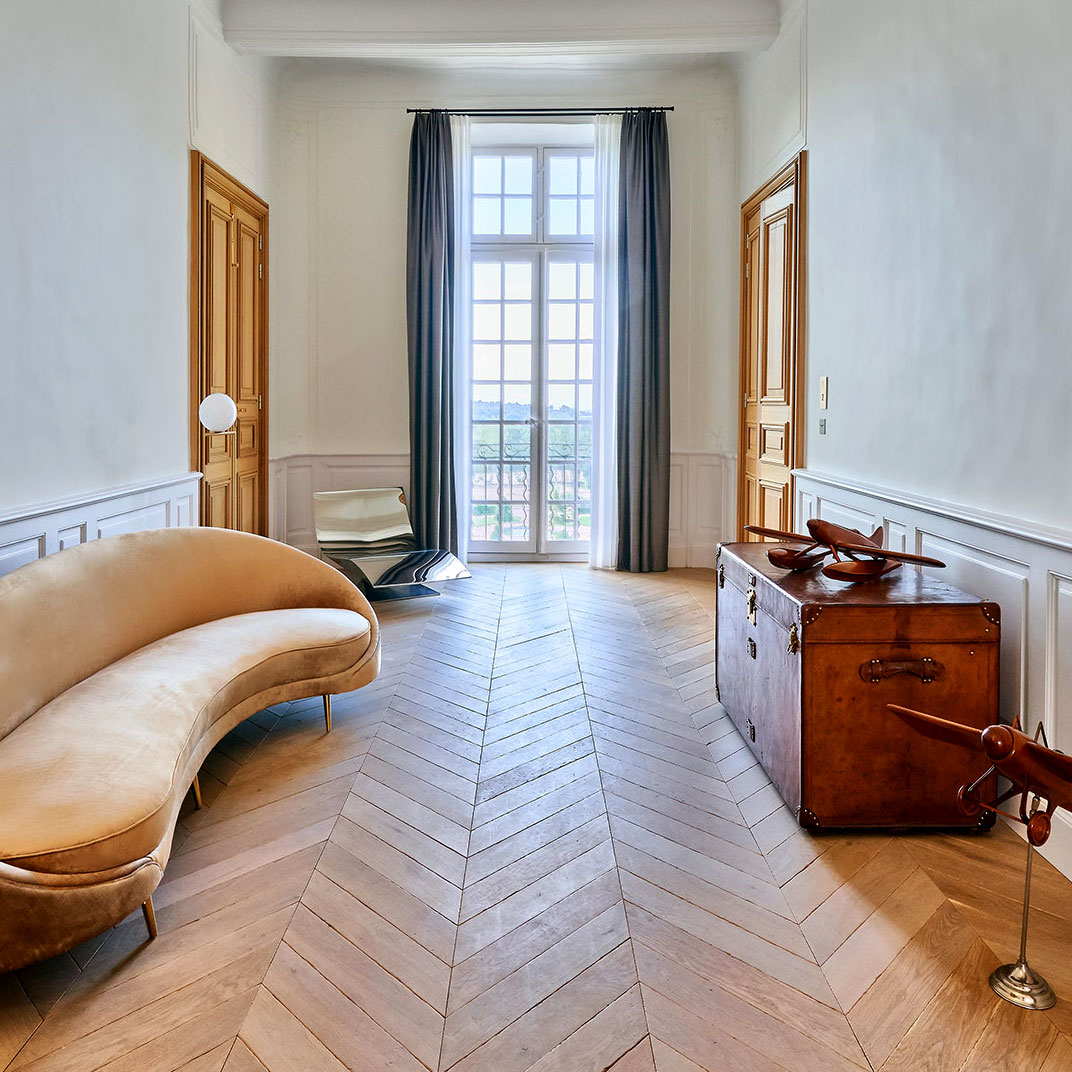 It’s not every day a new luxury boutique hotel opens in Provence, especially not one set on a winemaking estate surrounded by acres of organic vineyards and finely manicured gardens. Château de la Gaude’s estate isn’t new, and neither is the stunning farmhouse that anchors the property, on a hillside just outside of Aix-en-Provence. What is new, however, are the Château’s seventeen rooms and suites, spread across the various buildings of the charming, village-like estate. 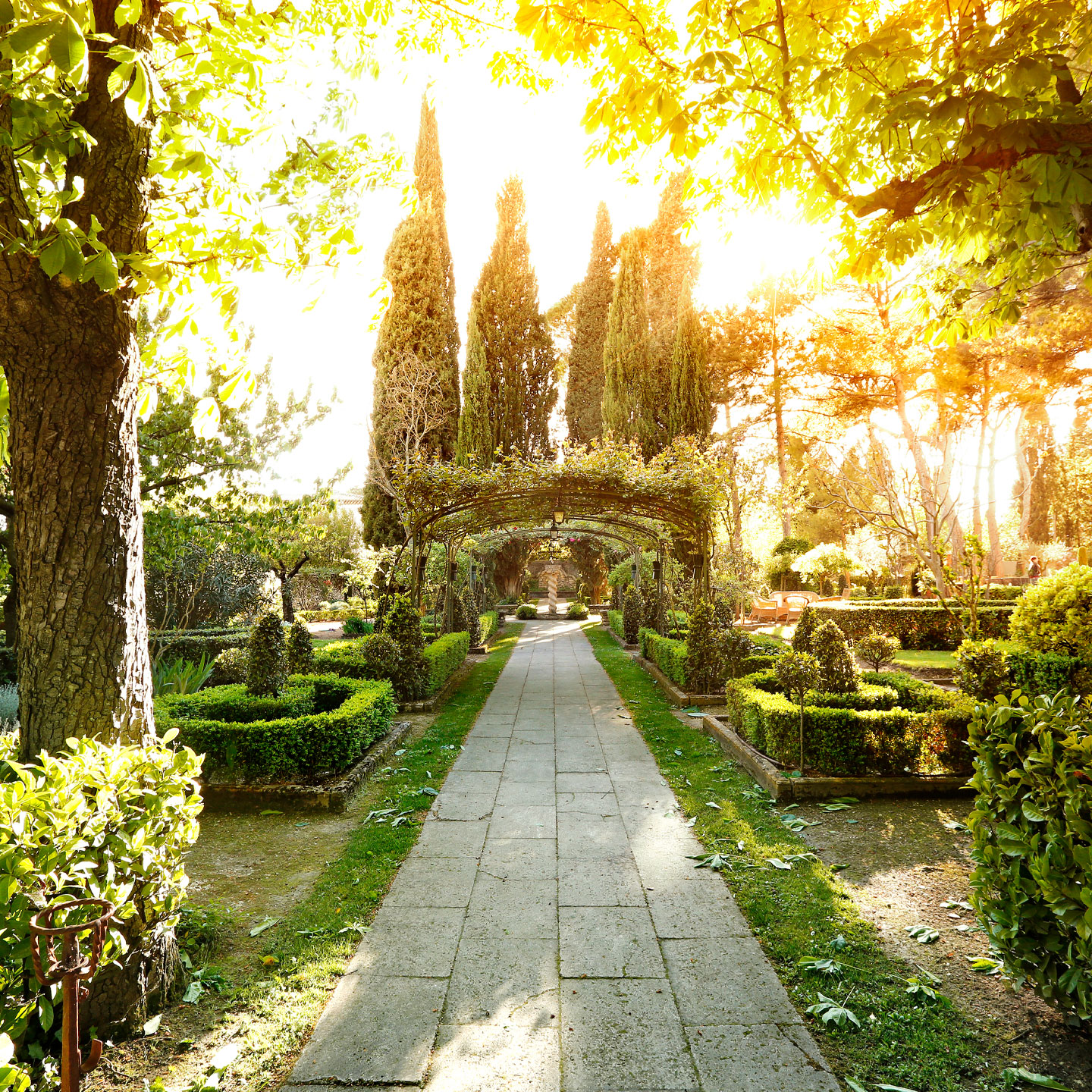 French landscapes have inspired countless artists. Van Gogh liked the light of Arles, while Monet’s backyard garden in Giverny was the subject of his famous Water Lilies. Paul Cézanne lived and worked in Aix-en-Provence: back when Hotel Le Pigonnet was a private estate, he used to carry his easel through the gardens, taking his own painterly snapshots of the old chestnut trees and the views of Sainte-Victoire mountain in the distance. 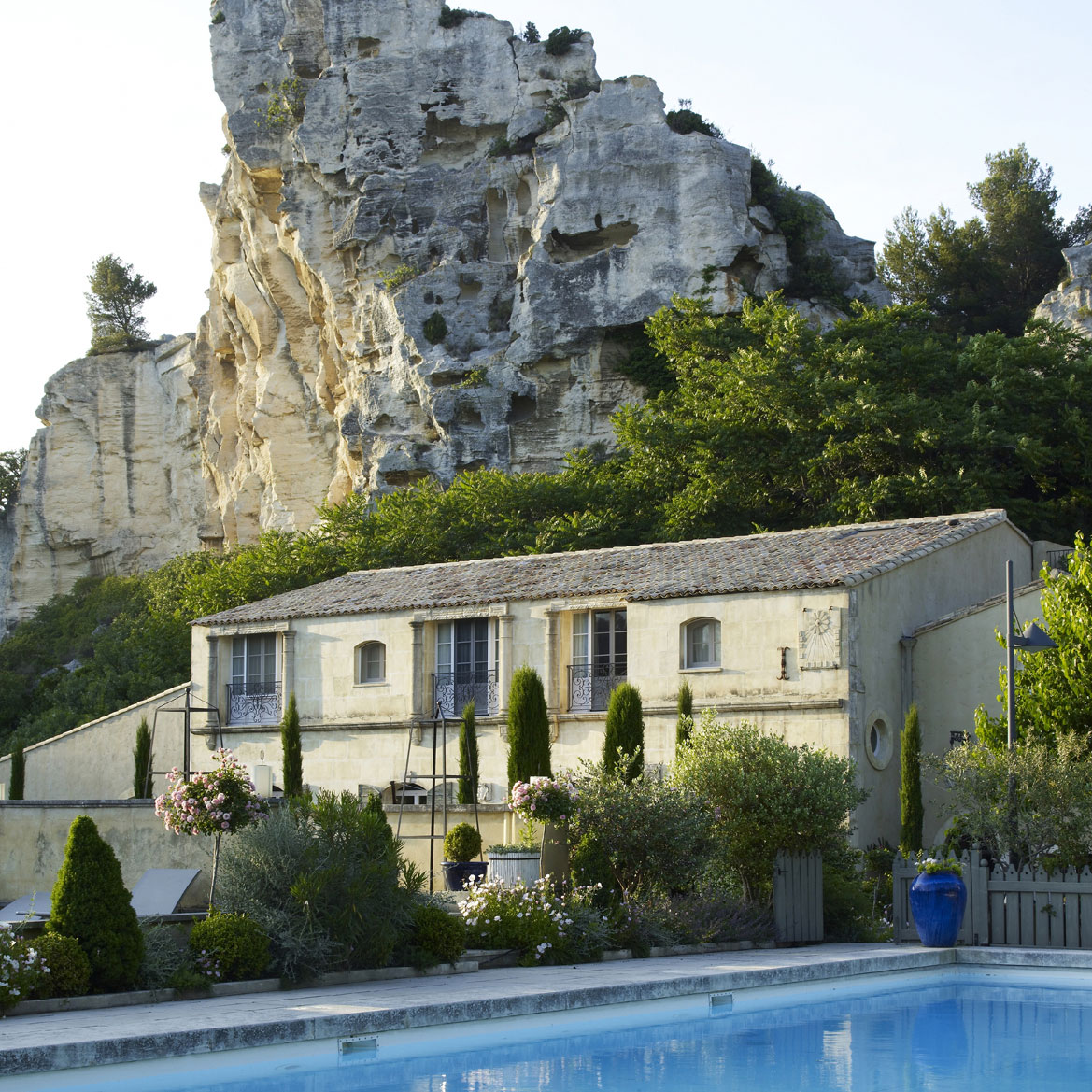 Les Baux de Provence is perhaps one of the most spectacular and unsettling of nature’s creations. These whitewashed cliffs, dotted with medieval houses, will stun you with their proportion and their sublime beauty. And should it all prove to be a bit overwhelming, it’s always nice to know that you can retreat to the Baumanière, perennial retreat of royals, statesmen and other leading lights since the day it opened for business in 1945. 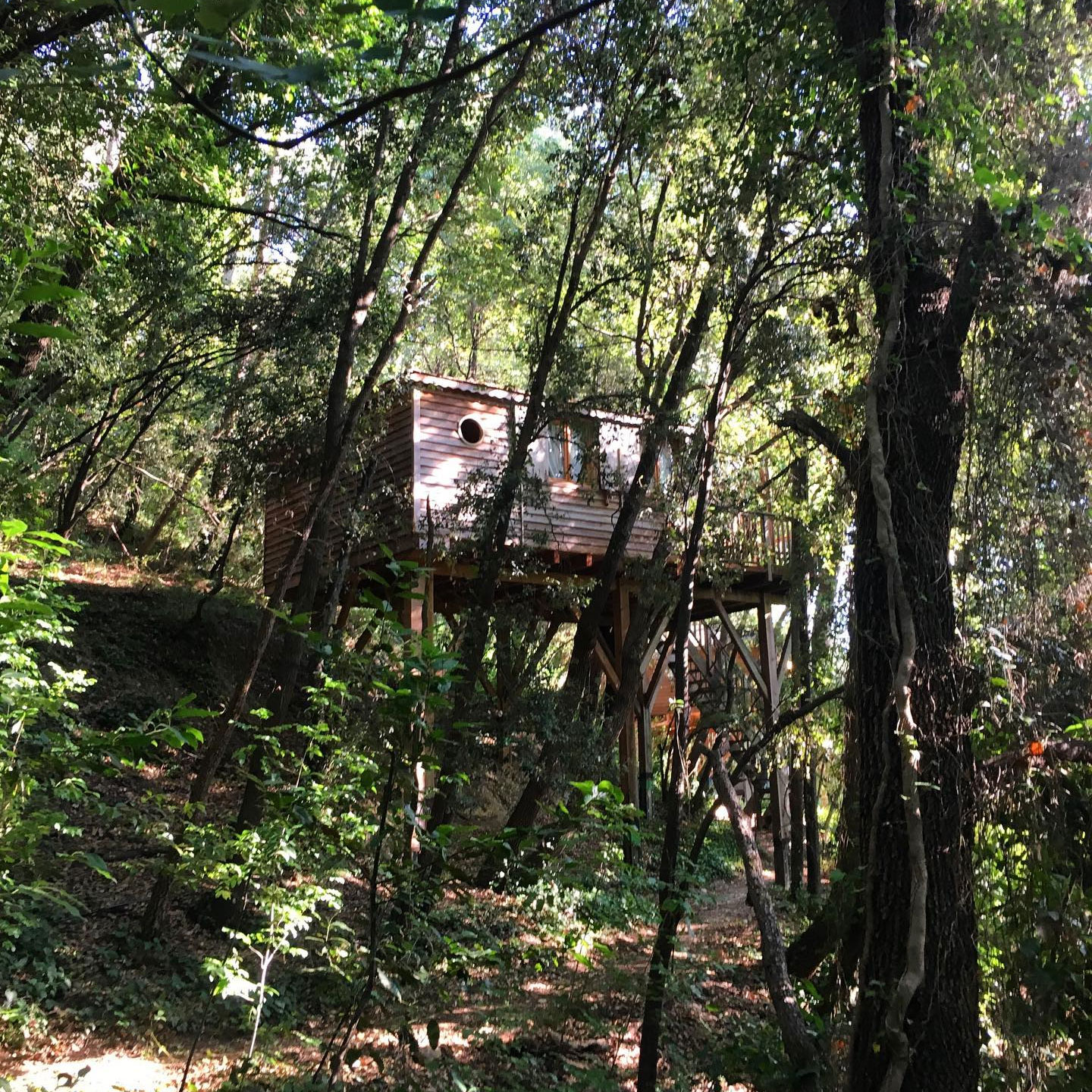 It’s not easy to choose between the ethereal cabins at Orion Treehouses, but then again, it’s a good problem to have. The boutique hotel, located in a peaceful wooded setting just outside the medieval village of Saint-Paul de Vence, consists of four treehouses suspended high over a lush garden with flowering rose bushes and an ecological swimming pool. All are light-filled and lined with natural wood, featuring private baths and large terraces framed by oak branches. 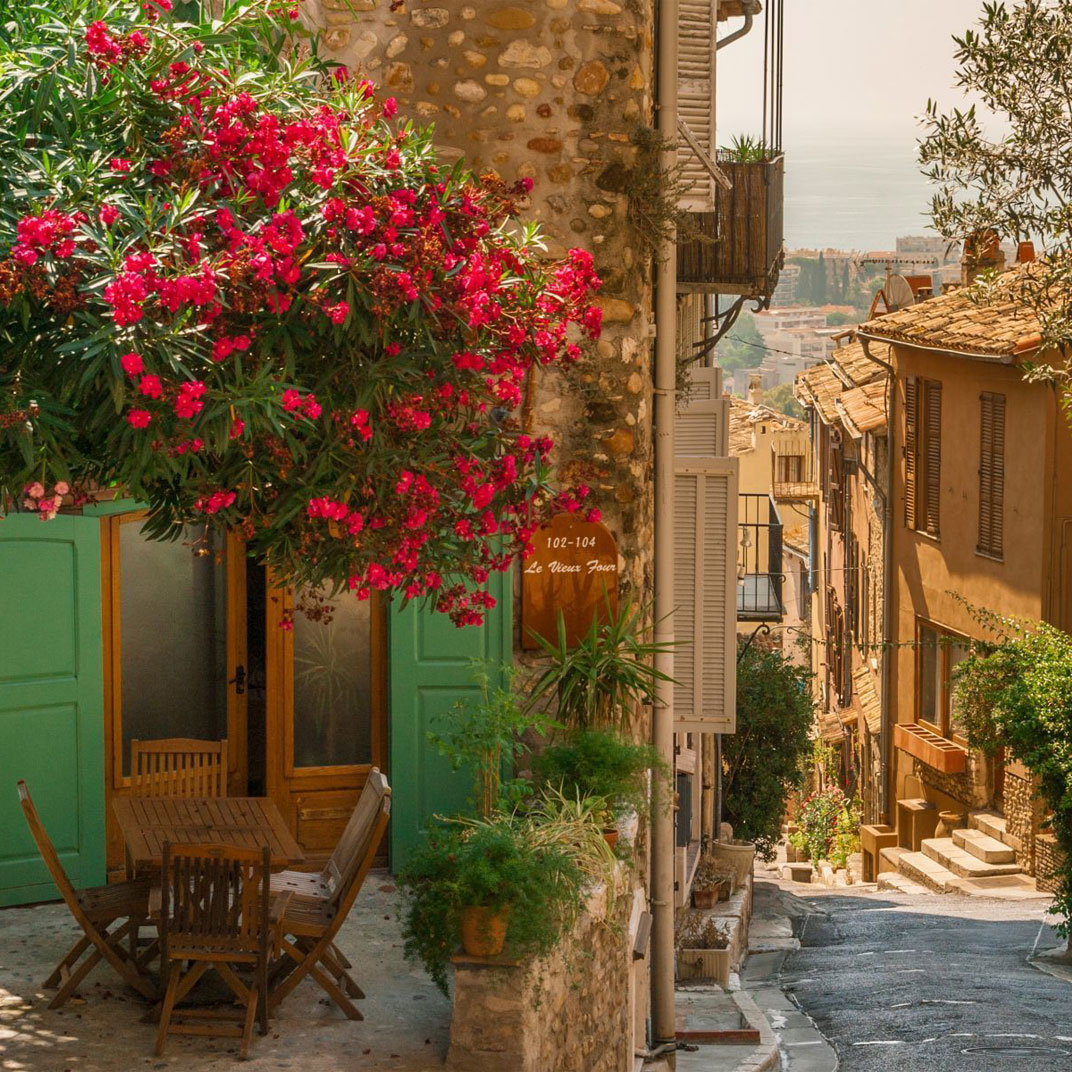 Book the best Provence hotels on Tablet, the official hotel selection of the MICHELIN Guide.