Michelin All-Star dinners are a chance for Tablet Plus members to enjoy unique culinary events at the finest restaurants in the world. Below, Tablet CMO Lucy Lieberman shares her experience from a recent dinner in Washington D.C.

As I prepared to go to my first Michelin All-Star Dinner, at Blue Duck Tavern in Washington D.C., I didn’t know what to expect. I wondered if a menu concocted by three chefs with MICHELIN Stars could possibly live up to the hype — and to the price. Why pay $270 for a dinner at a restaurant you could just go to another time?

That wasn’t the only question on my mind. I was attending the dinner alone, so I was extra-curious what the atmosphere would be like. Would I be sitting with other people? Would I enjoy their company? Or would they sit me alone, and would I feel left out?

Turns out, I had nothing to worry about. Tables were large and communal, and as guests arrived, they greeted each other like old friends. Introductions were made, champagne was poured. Waiters circled with trays of picturesque hors d’oeuvres. If someone requested more of a certain snack or drink, it would appear a moment later.

Clearly, this wasn’t a typical night out at the restaurant. This was a party.

The manager of the Park Hyatt — where Blue Duck Tavern is located — welcomed the crowd and introduced the raison d’etre for the gathering, chefs Adam Howard (Blue Duck Tavern), Ralf Schlegel (Plume), and Ryan Ratino (Bresca). Each had their own MICHELIN Starred restaurant, but tonight they were working collaboratively — though, naturally, a little competition was to be expected.

Of course, that benefited us. Before long we were feasting on each chef’s handpicked dish, from the locally sourced suckling pig porchetta to the English pea agnolotti; from duck a la presse to Nashville hot soft shell crabs. As each plate emerged, its chef regaled us with its origin and inspiration. 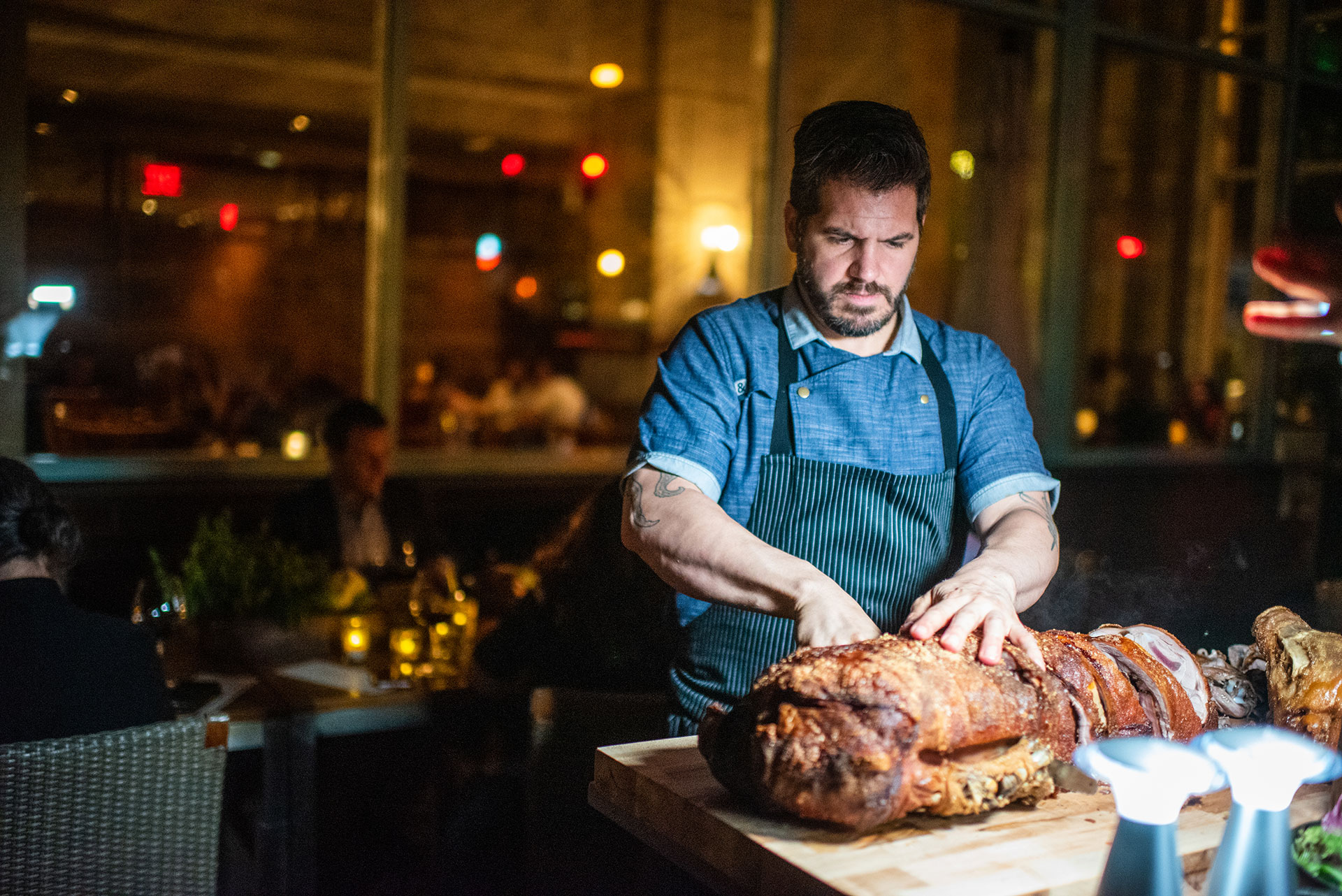 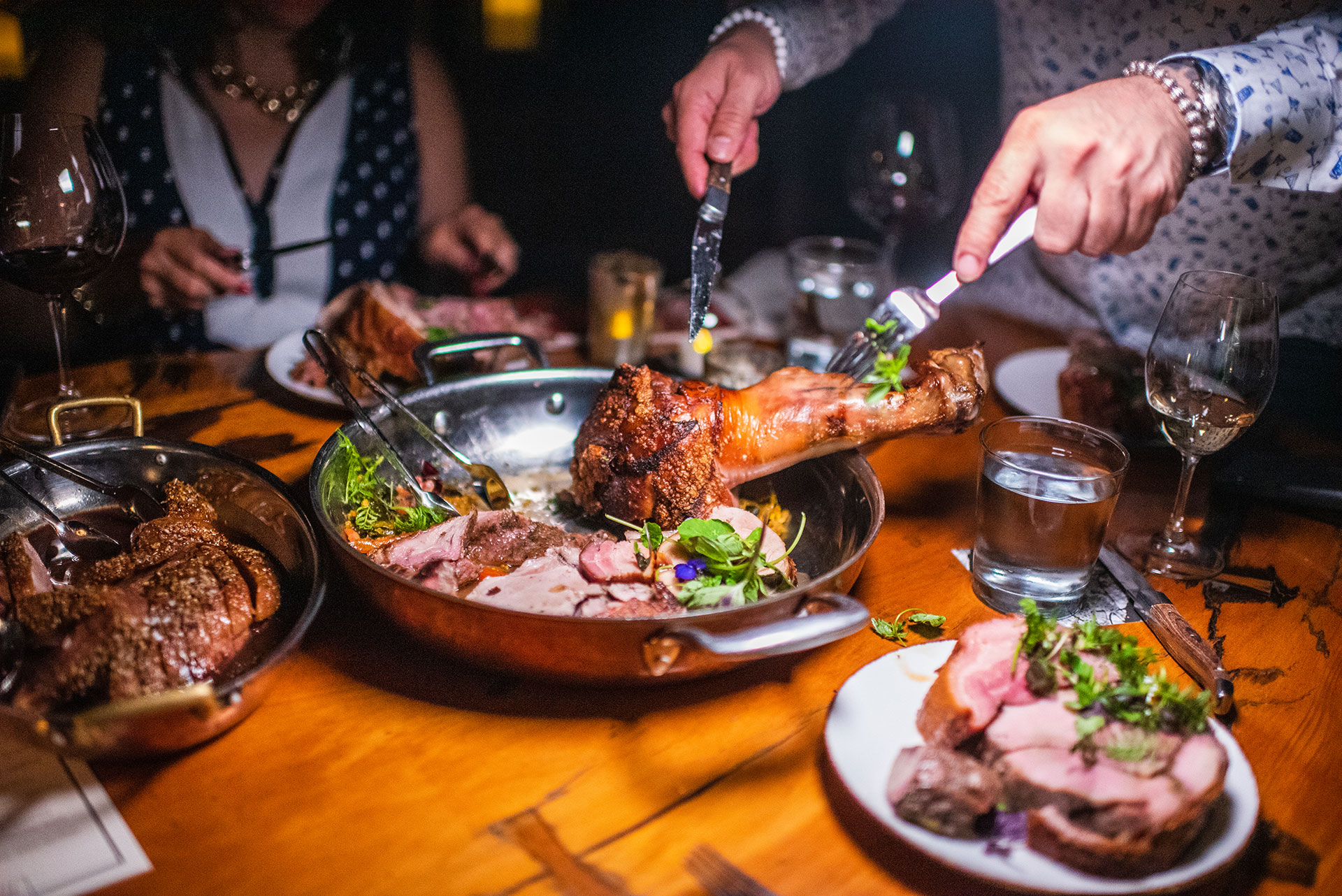 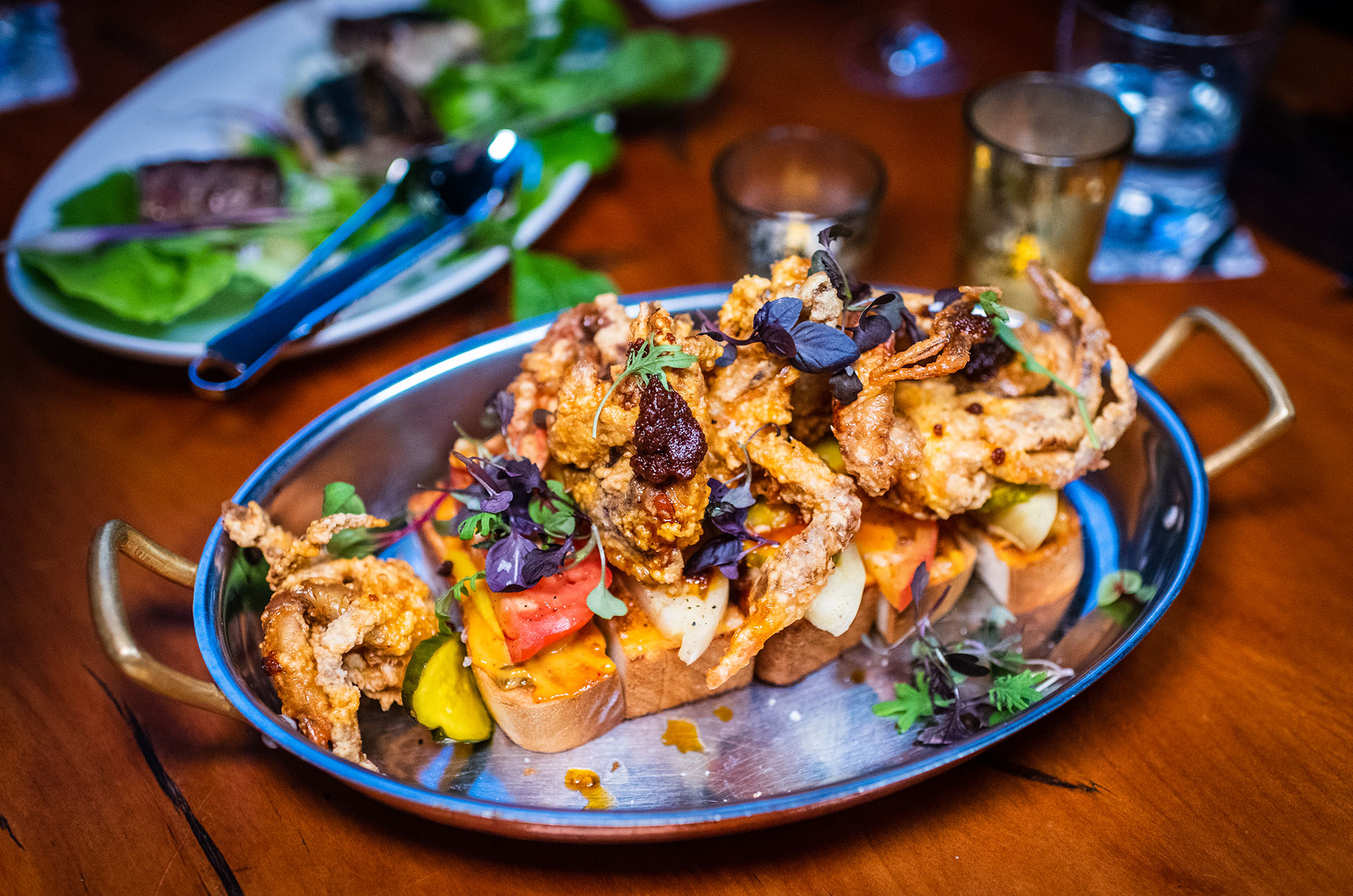 You can see some of the highlights in the photographs and video above, but suffice to say, they won’t leave you as full as they did us. Despite the buzz, the price, the expectations — everything was exceeded.

Not that things went entirely together all the time. Our table didn’t like a bottle of wine, so it was swapped for champagne. A flavor clashed, but the next course made up for it. Given that this was such a unique evening, it’s almost reassuring that everything wasn’t perfect, proof it hadn’t been done a thousand times before. Nonetheless, it was extravagant and wonderful and the service was flawless. One person at our table was vegetarian and received a custom version or an alternate of any meat/fish dishes. He reported that all were wonderful. 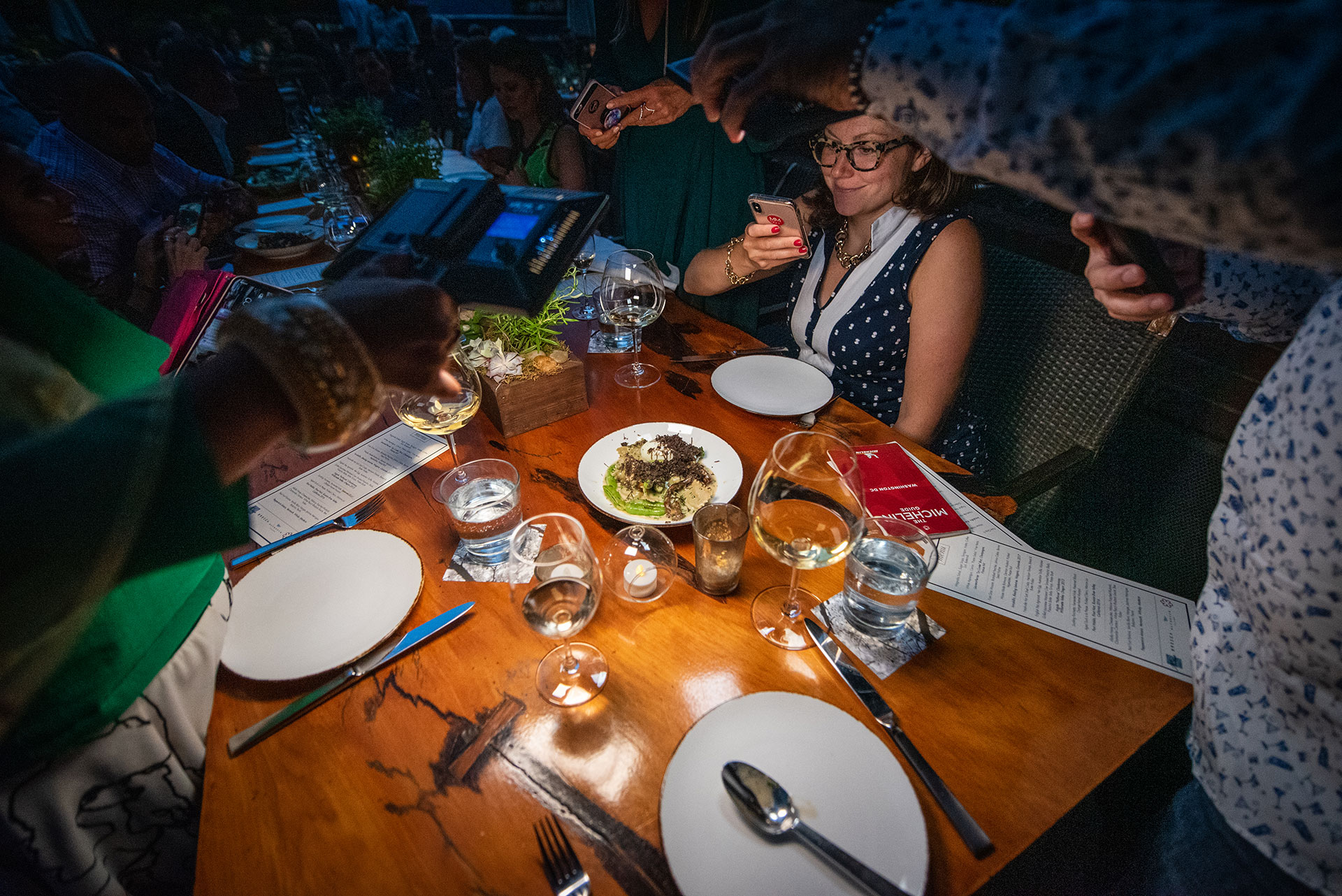 Little packages of chocolates were laid out for guests to take as they left. As we headed for the doors, everyone exchanged contact information, hoping to see each other again. Somehow, a little community had emerged from the confines of this dinner. Somehow, that felt more important than even the food itself.

As chef Adam put it, it’s truly something remarkable to see “what the top tier of people in this city can bring to the table.”

Learn more about Tablet Plus and access to special member-only events.