When selecting a hotel in the Swiss Alps, it appears a decision must be made between modern and traditional. Look closer and you’ll see that the region’s most compelling hotels often combine a bit of both.

From a distance, hotels in the Swiss Alps seemingly present two stark choices for atmosphere. There’s the traditional warmth of the classic ski chalets and historic grand resorts. Then, on the other end of the spectrum, the cutting-edge cool of the modern mountain lodge, with its experimental flourishes and uber-chic design. For the most part, looks are not deceiving. This is a place where those two extremes can sit safely side by side — equally appropriate, equally appealing. Pick your poison.

Occasionally, though, the vibes will intertwine. A new build borrows some hand-carved balcony balusters. A stately old structure adds an appendage of steel and glass. And sometimes they’ll merge in ways that are difficult to anticipate from the outside. Time-tested vernacular architecture like the wide-eaved gabled roof of the Swiss chalet might act as cover for a crackling contemporary energy; a futuristic façade might conceal a rustic coziness created entirely from earthy materials. You can’t judge a book by its cover, and you can’t choose a hotel in the Swiss Alps without turning over its pages.

The hotels below represent all of these scenarios and a few more. You might be surprised to discover which is which. 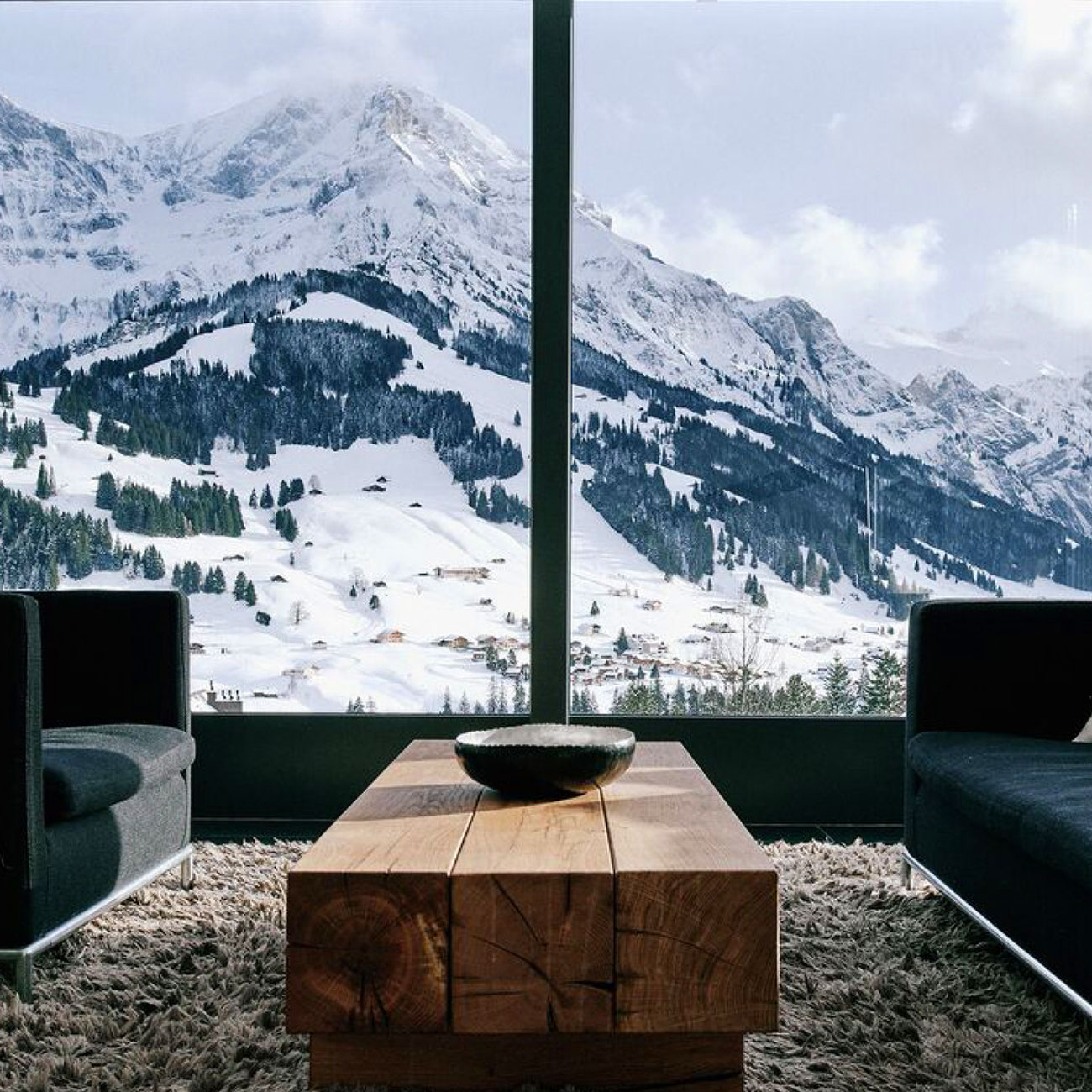 There’s something satisfying about the way a crisp modernist interior amplifies the drama of the high Alpine landscape. So there’s plenty to love about the Cambrian’s thoroughly contemporary look, from the rich oiled hardwoods to the custom-made furnishings to the views from the balconies, which are near-universal. 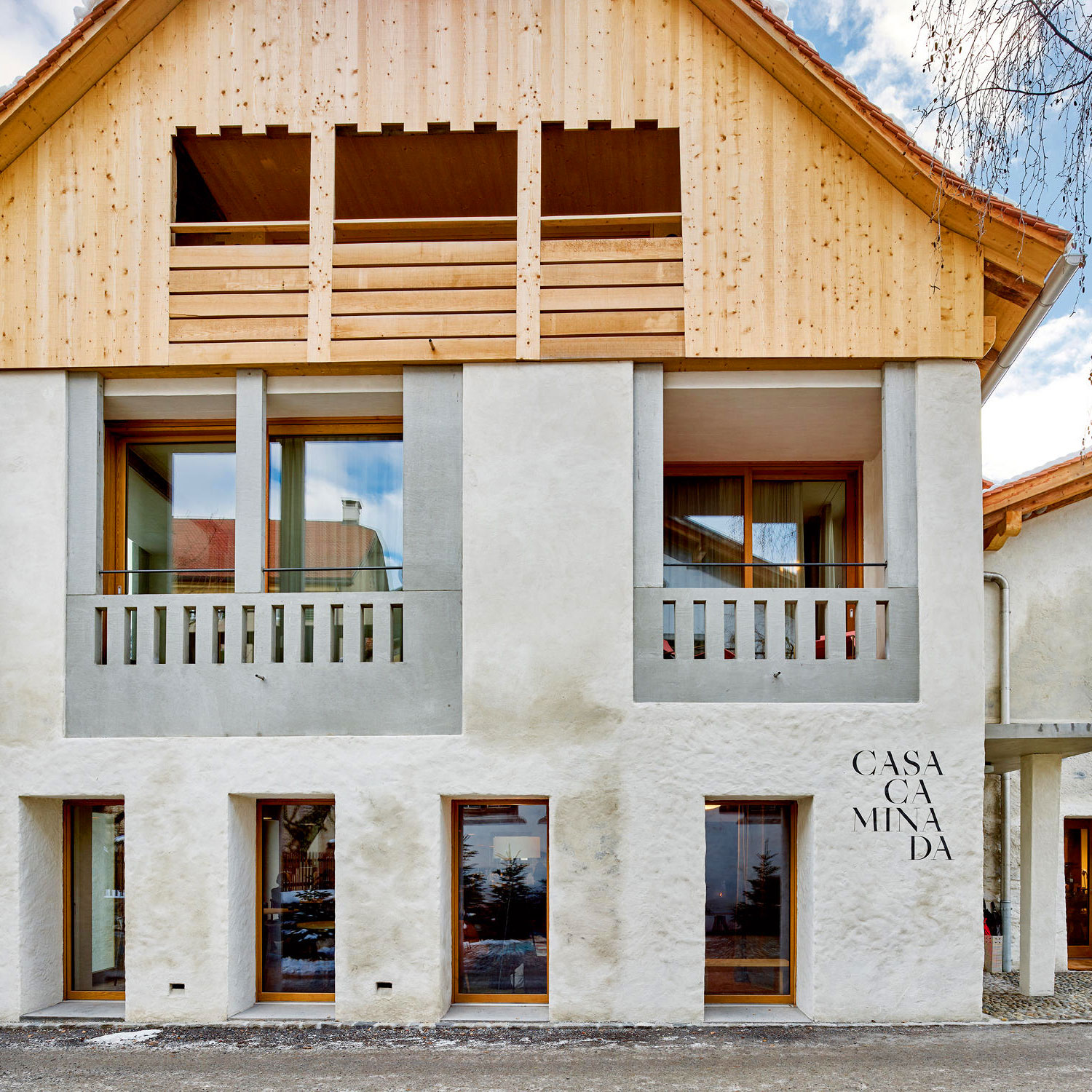 This 300-year-old barn and stable has been thoroughly transformed into a stylish, contemporary boutique hotel, designed by the Spanish hospitality expert Patricia Urquiola. Casa Caminada’s rooms are a minimalist-chic interpretation of the typical Alpine lodge, their heavy timbers set against modern furnishings, with views of the village, the distant mountains, or both. 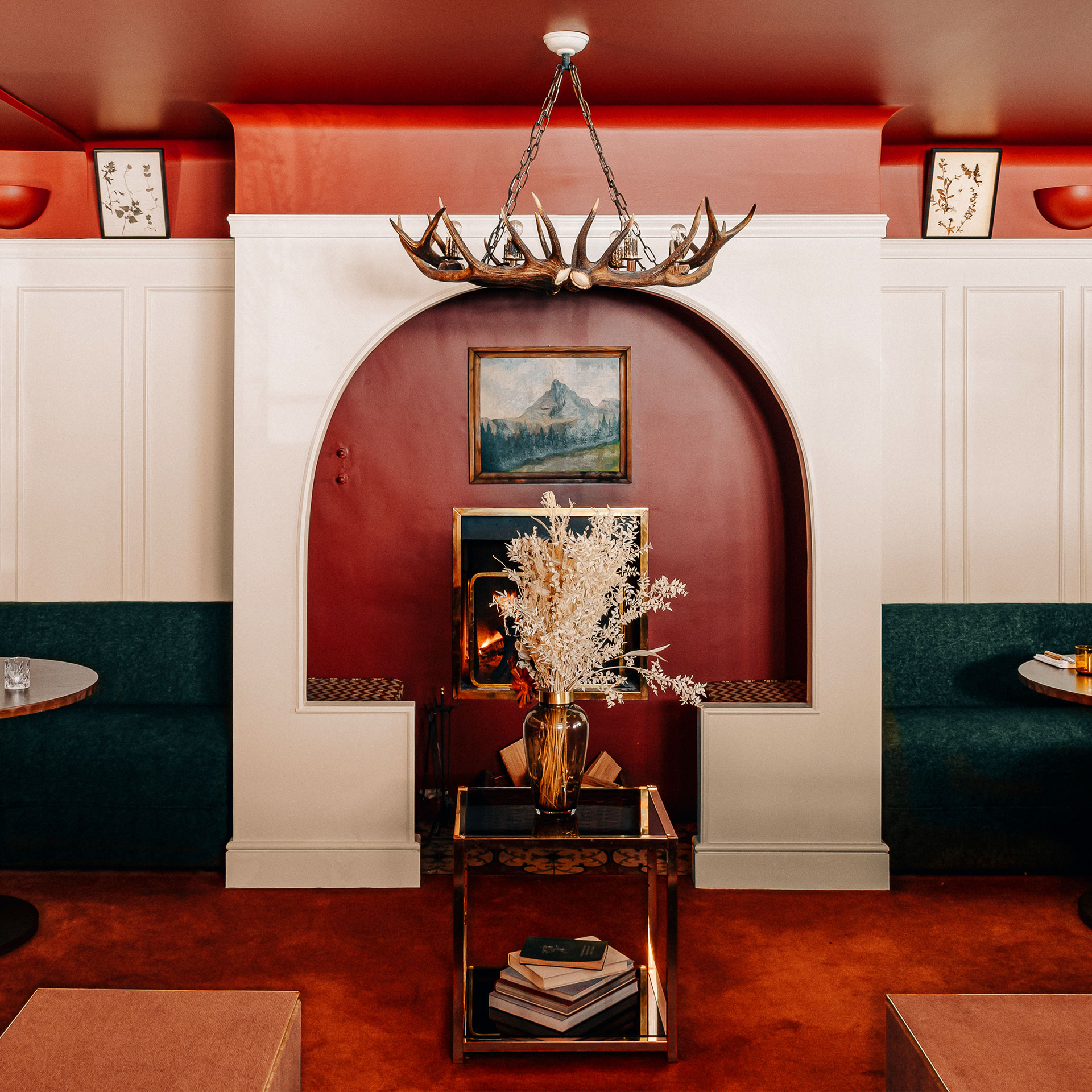 The Experimental Chalet is stylistically miles ahead of the vast majority of ski hotels (to say nothing of its nightlife). The interiors, by Milanese architect Fabrizio Casiraghi, pay homage to the modernist styles that were current during the postwar ski boom, and the light, minimalist look is a refreshing departure from the old Alpine standard. 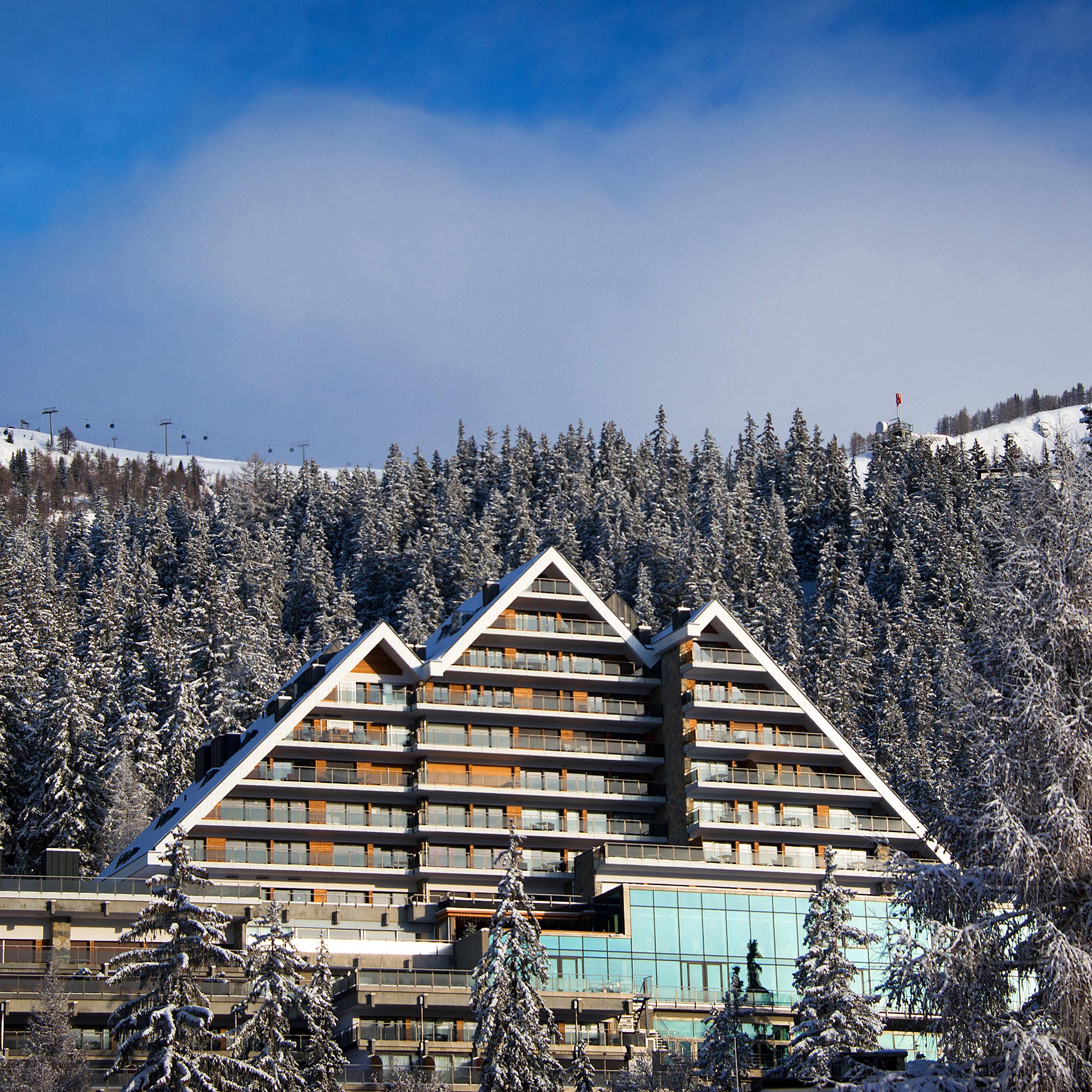 Faced with the task of designing a hotel in an Alpine setting as awe-inspiring as Switzerland’s Crans-Montana, the creators of Crans Ambassador didn’t blink. They took an active approach; aiming to complement the majesty of the Alps, not cower before it, and thanks to its rakish angles and its monumental modern spaces, you’d have to judge it a success. 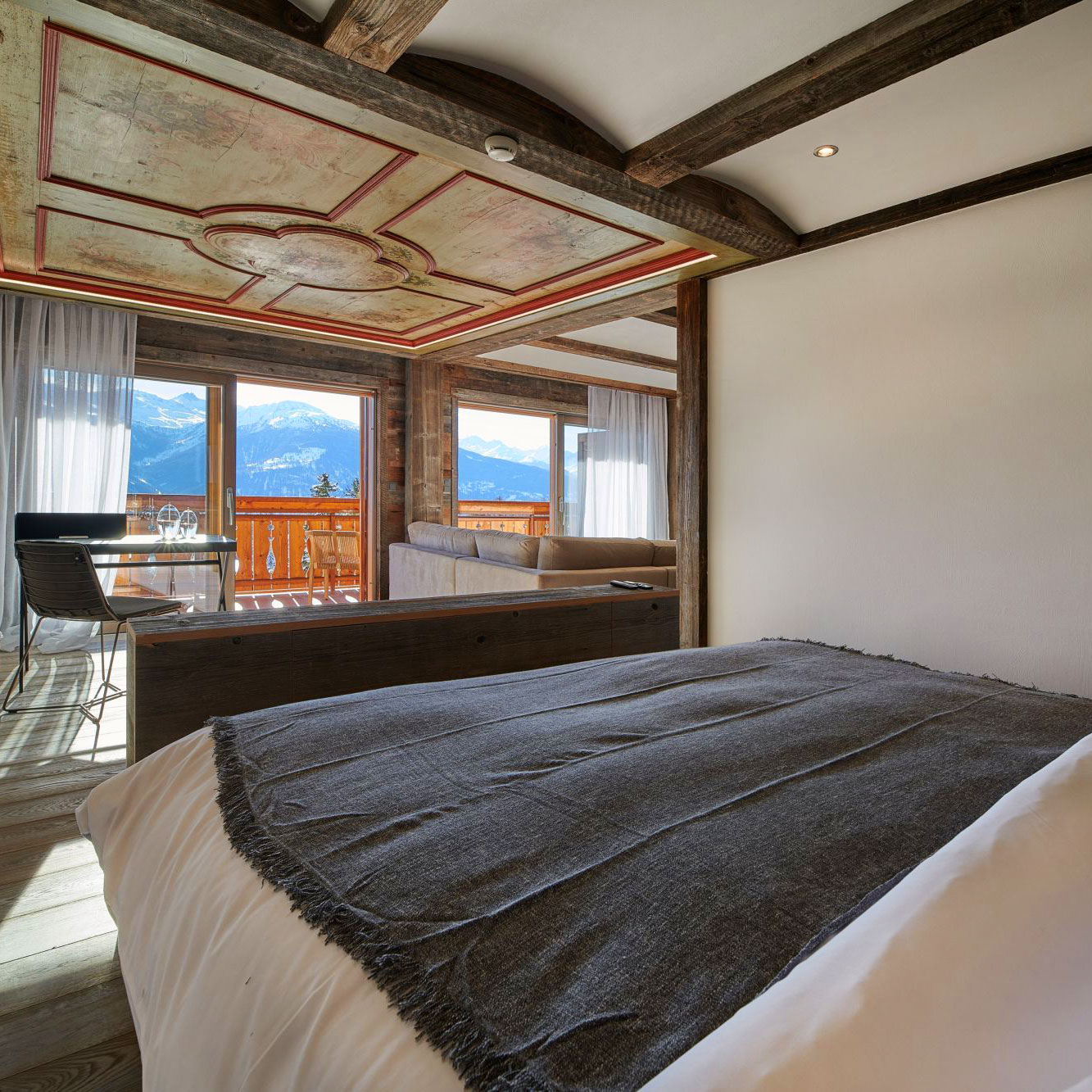 Underneath it all it’s three centuries old, but inside, Aïda Hôtel & Spa is as modern as can be. This 18-room boutique hotel in the Swiss Alpine resort town of Crans-Montana sets itself apart not just through its avid embrace of contemporary art and design, but through its adults-only policy — with a minimum age of 16, the clientele can be counted on to remain mostly decorous. 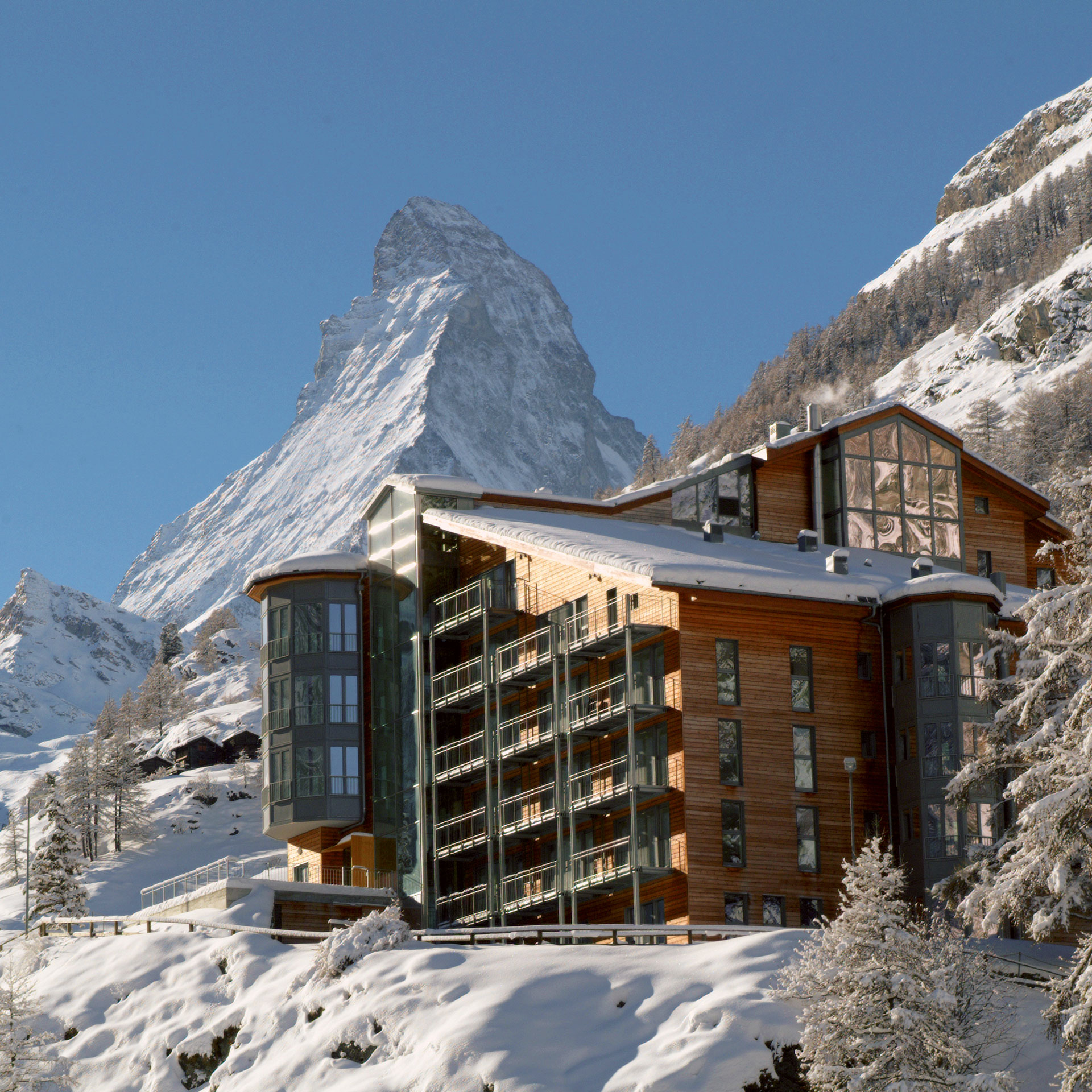 The Omnia doesn’t shy away from an architectural challenge: in this case the challenge of taking on some of Switzerland’s most dramatic Alpine scenery, with no less a monument than the Matterhorn looking over its shoulder. It’s still recognizably Alpine in style, constructed in wood and stone, with canted roofs and big picture windows; it’s just a very modern sort of Alpine. 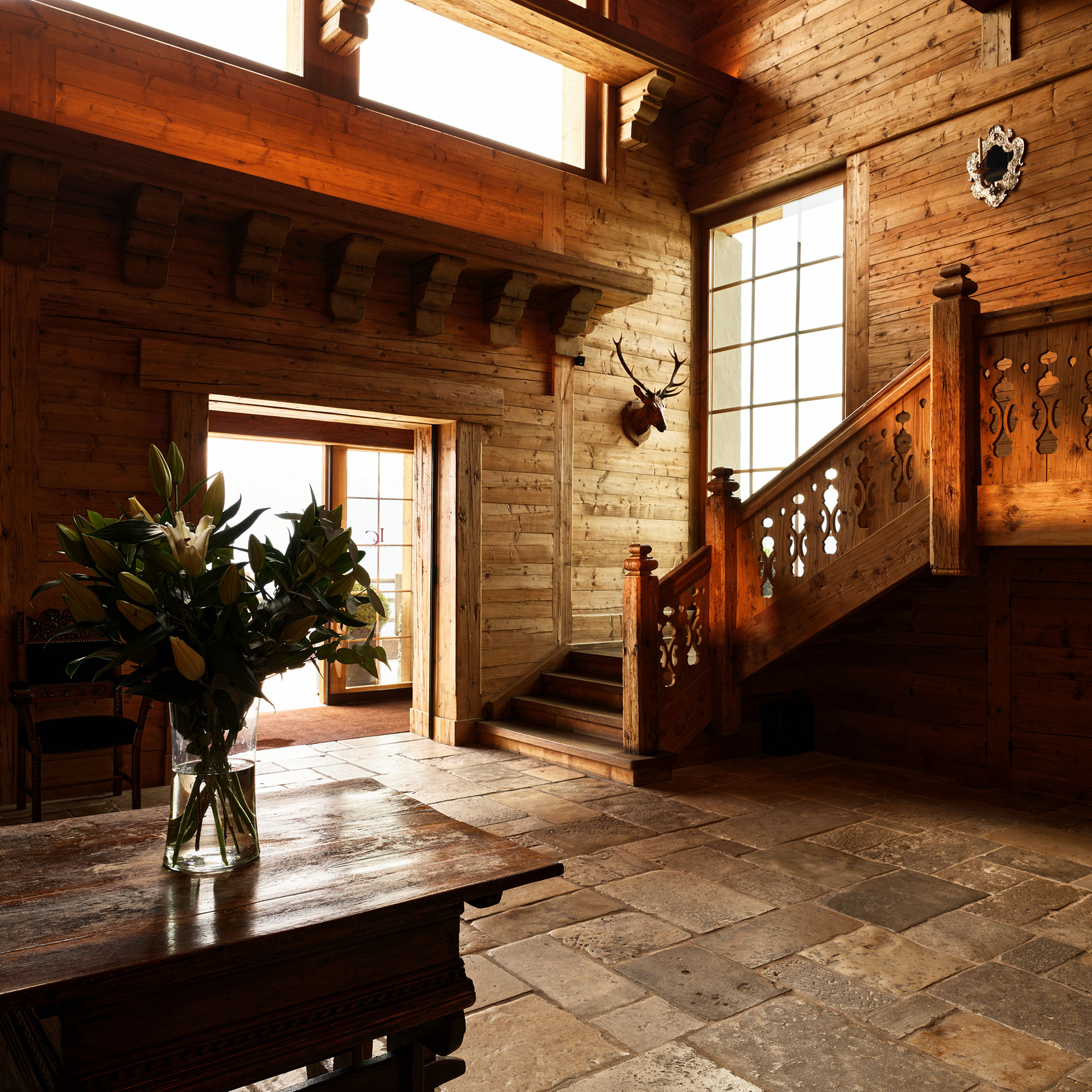 Five-star, Swiss Alps, ski-in, ski-out. That’s most of what you need to know about LeCrans Hotel & Spa, a classic chalet, wooden and angular, set high in the peaks of the Alps. Once a humble family-run pension, the place underwent an intensive makeover to turn it into a luxe getaway suited to people who know the difference between Petite Arvine and Humagne Blanche. 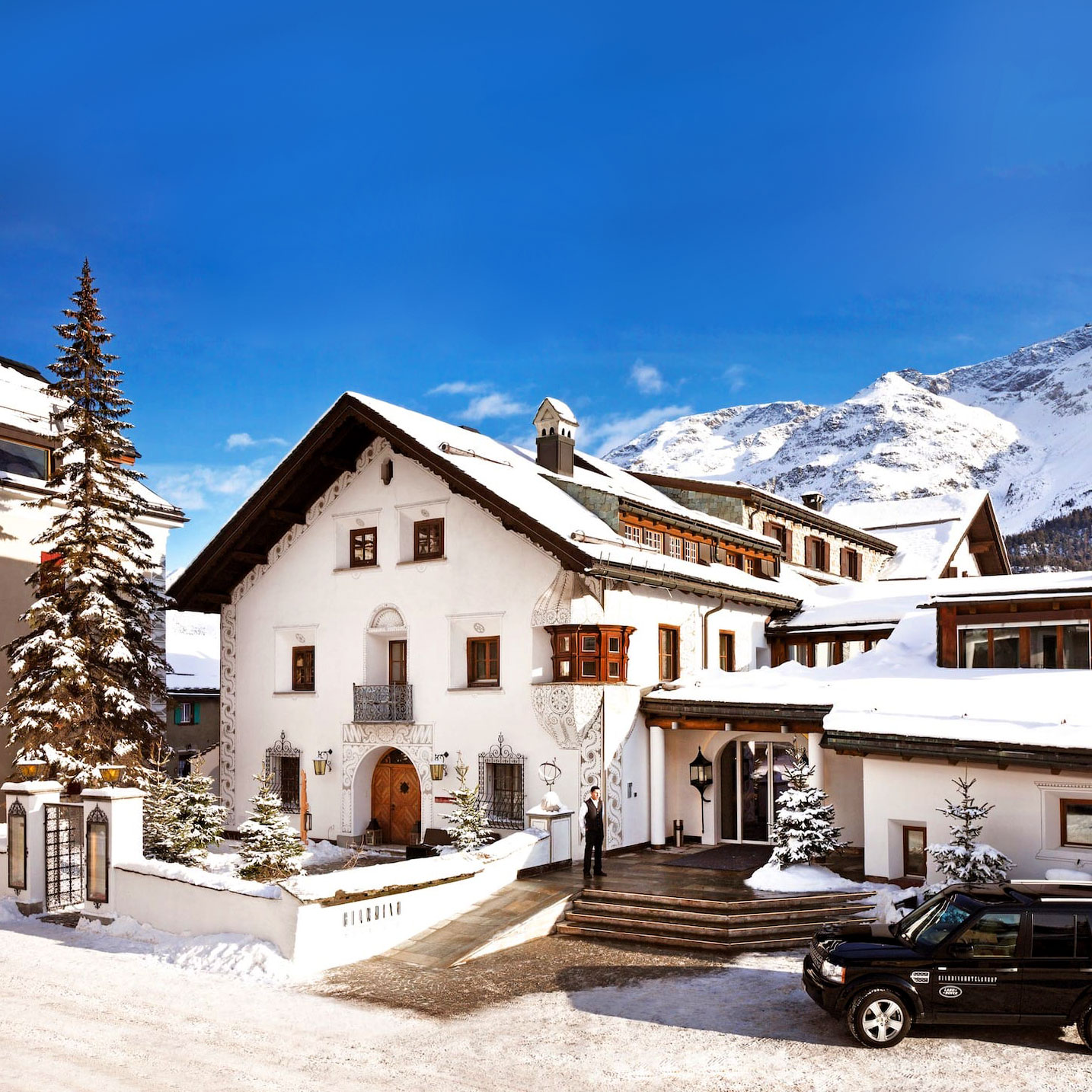 The exterior of Giardino Mountain looks almost edible in that pure classic Engadine way, as though it’s a marzipan miniature. But once you’re through the doors, the fruits of the 2011 renovation are immediately apparent. The proprietors clearly weren’t intimidated by the luxe competition in St. Moritz, nor were they overly reverent in approaching the restoration. 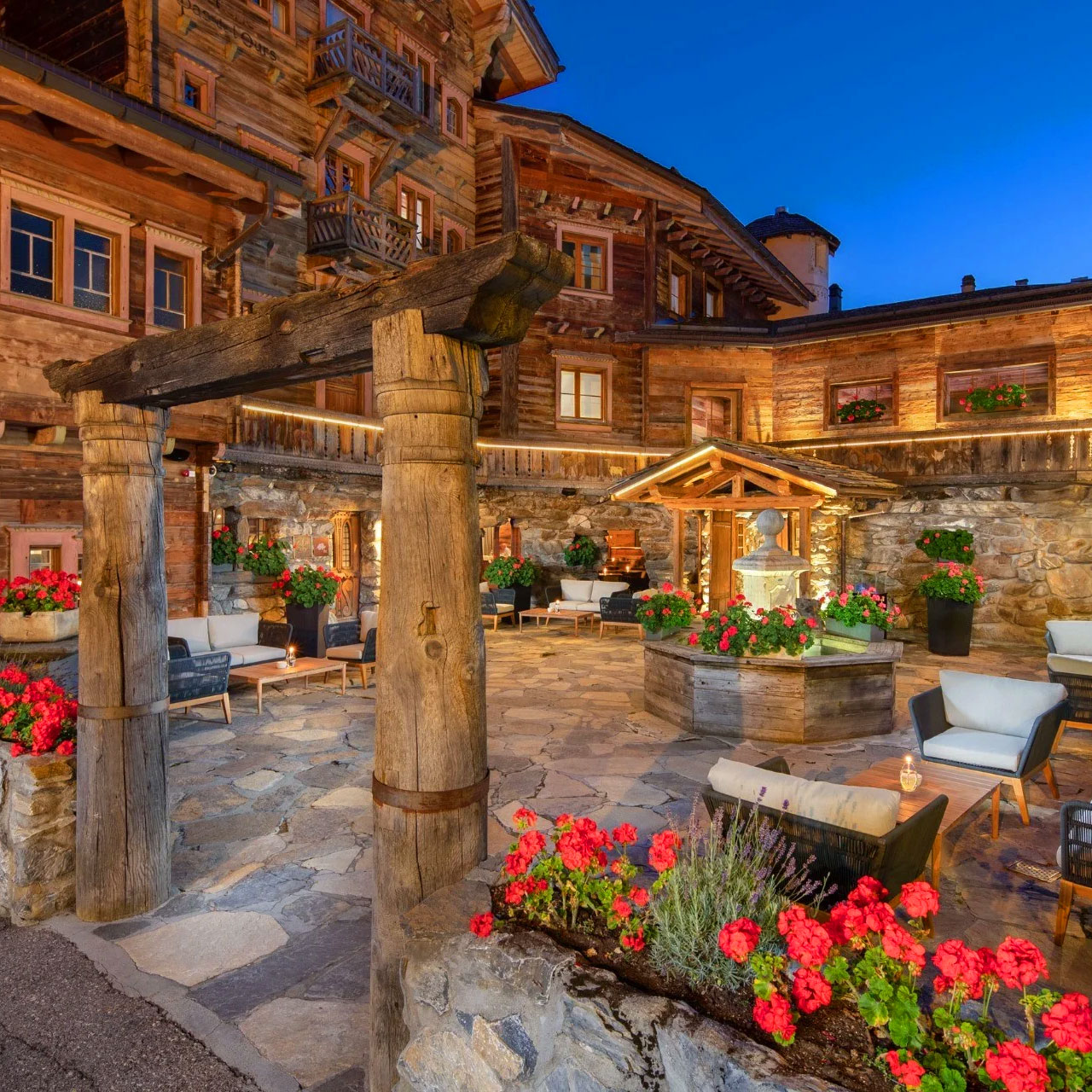 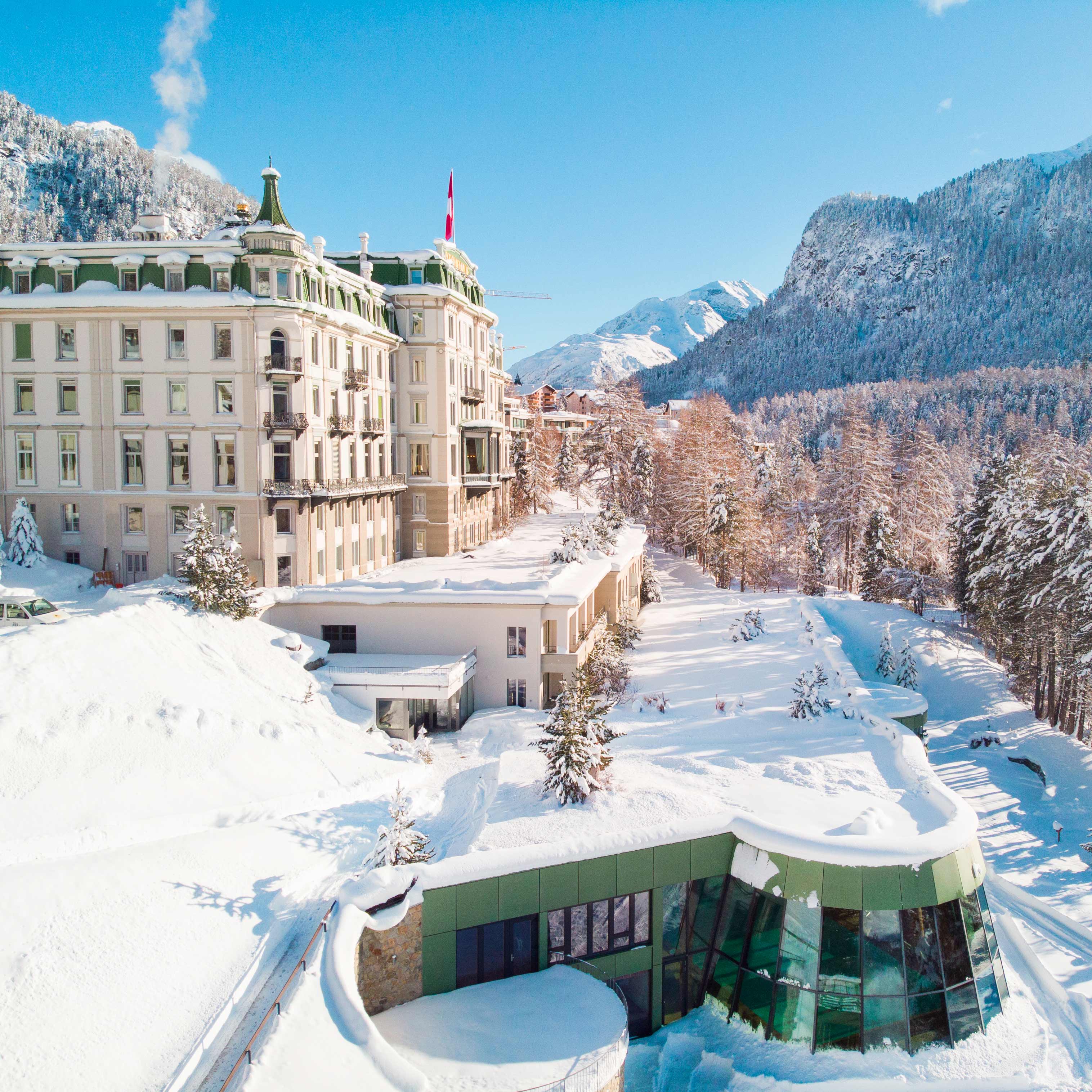 With so many hotels calling themselves “grand,” the word has lost a bit of its power to convey just how extraordinary a hotel like Grand Hotel Kronenhof can be. Its setting, in the Alpine village of Pontresina, is nothing short of majestic. And the hotel itself, an opulent 19th-century Neo-Baroque monument, looks like the Platonic ideal of the classic old-world luxury hotel. 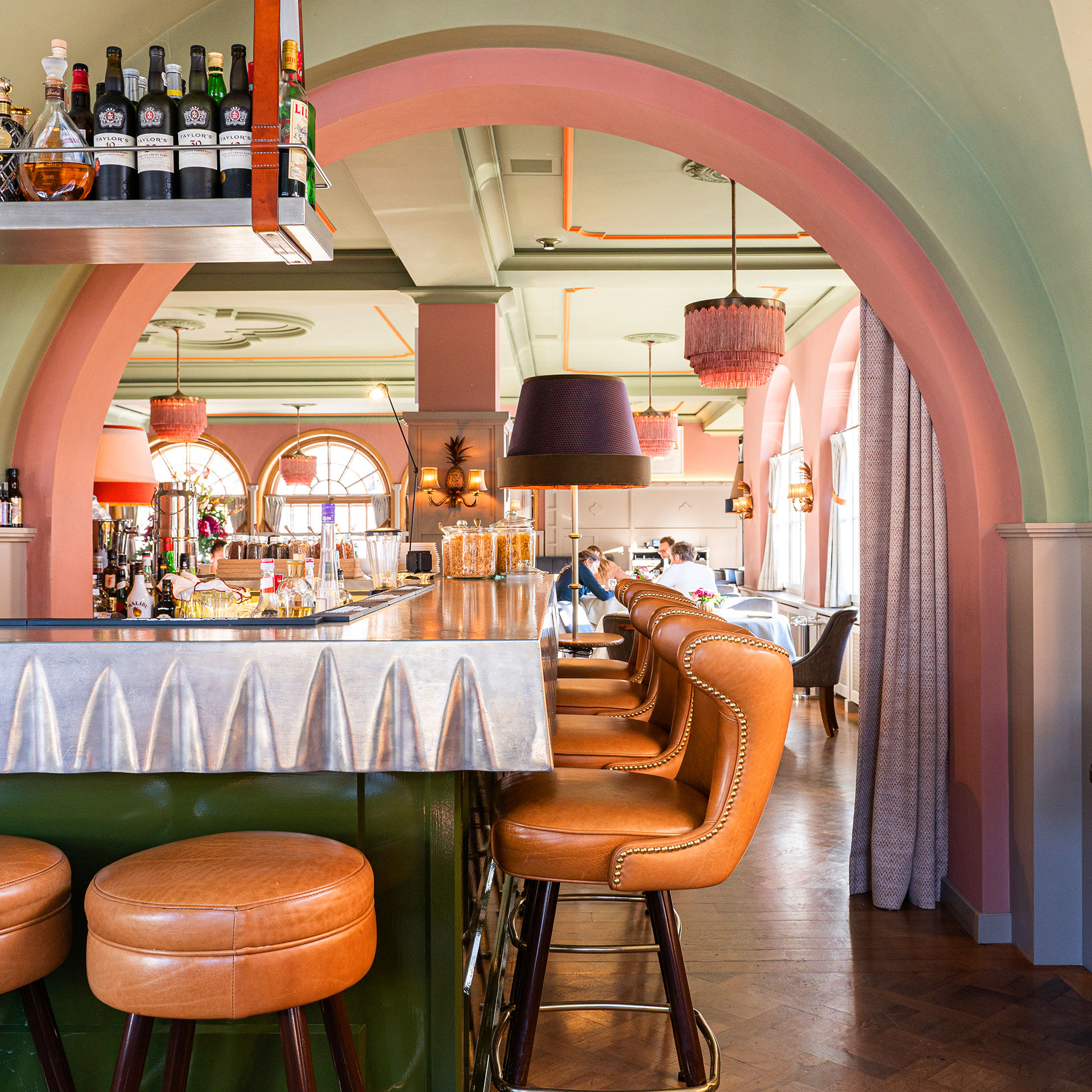 Le Grand Bellevue is certainly grand; it’s one of the original Big Four luxury hotels in Gstaad, and its century-old exterior is as elegant and finely wrought as ever. But once you’re through its doors, you’ll find a surprise — though unapologetically high-end, Le Grand Bellevue is a luxury hotel of rare tastefulness, and compared to the rest of town, it’s positively understated. 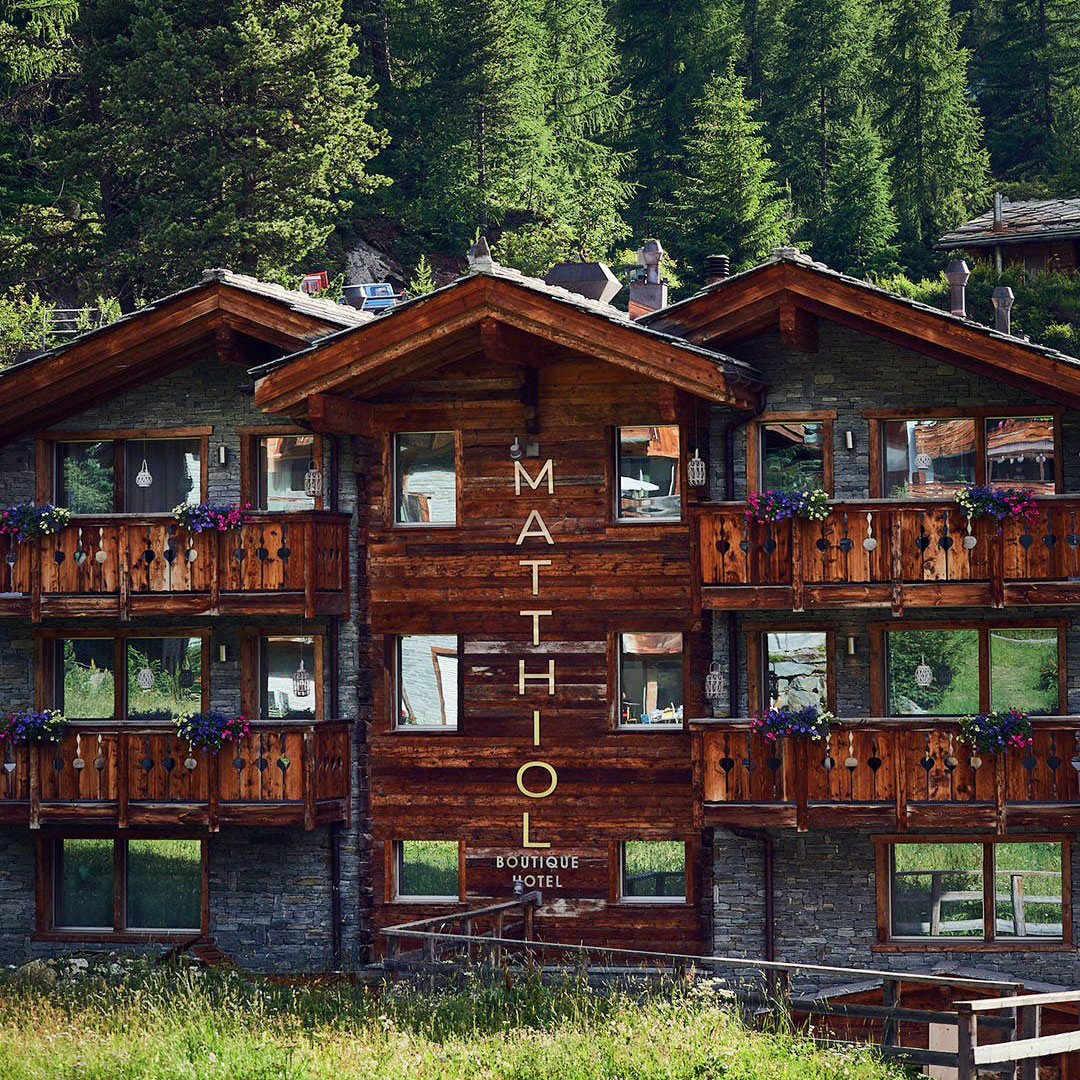 Matthiol’s exterior, in rough-hewn stone and weathered wood, blends perfectly with its surroundings, on a hillside beneath the towering Matterhorn. But inside you’ll find an environment rich with contrast: beneath the unfinished beams and timbers of the ceiling are interiors that are nothing if not soothingly sophisticated. 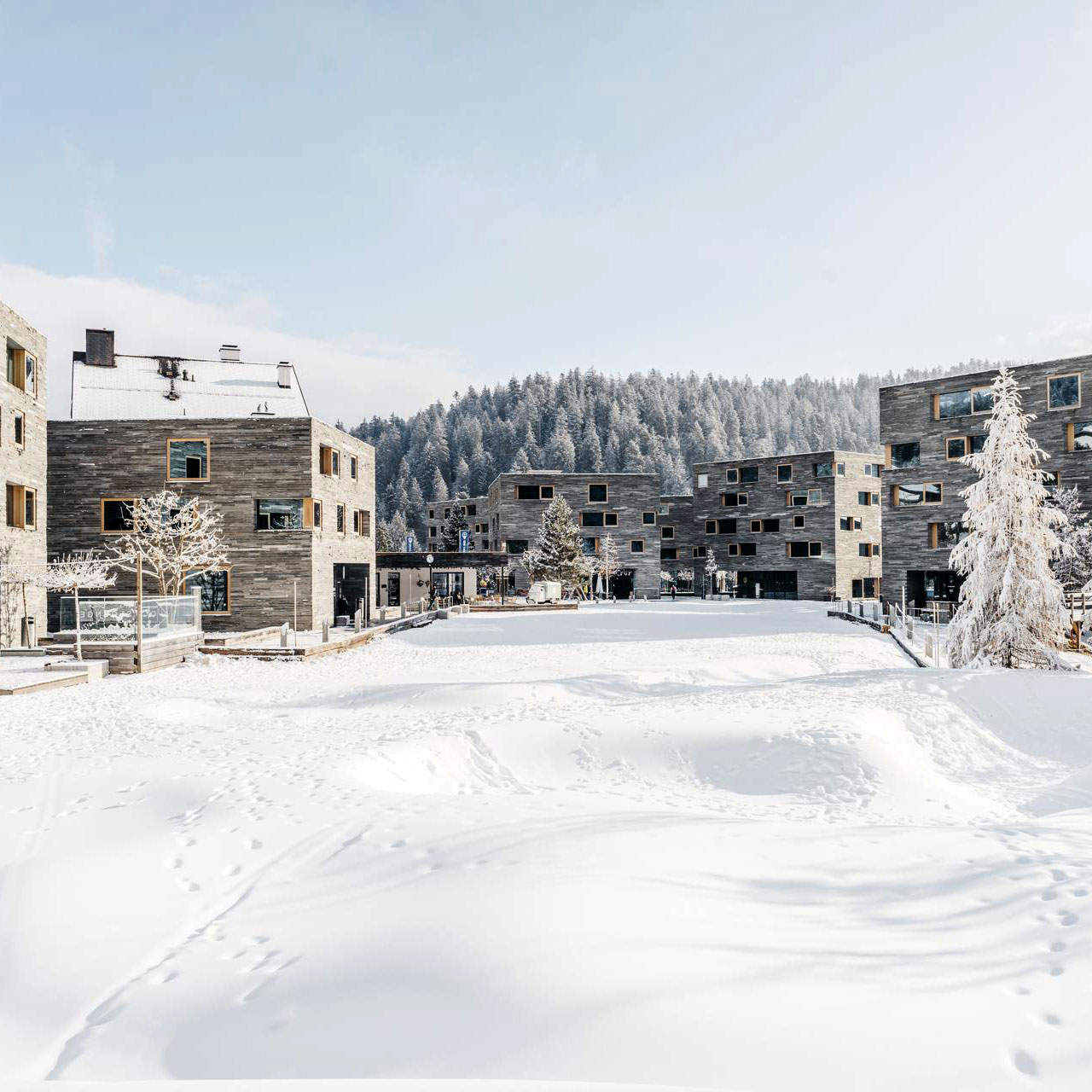 Winner of no less than 2018’s World’s Best Green Ski Hotel, Rocksresort, located right next to Laax’s cable-car station, is powered by regional hydroelectricity and is constructed with sustainably sourced materials. They’ve even constructed a honeybee habitat on the premises, akin to its habitat intended for guests’ own hives of activity. 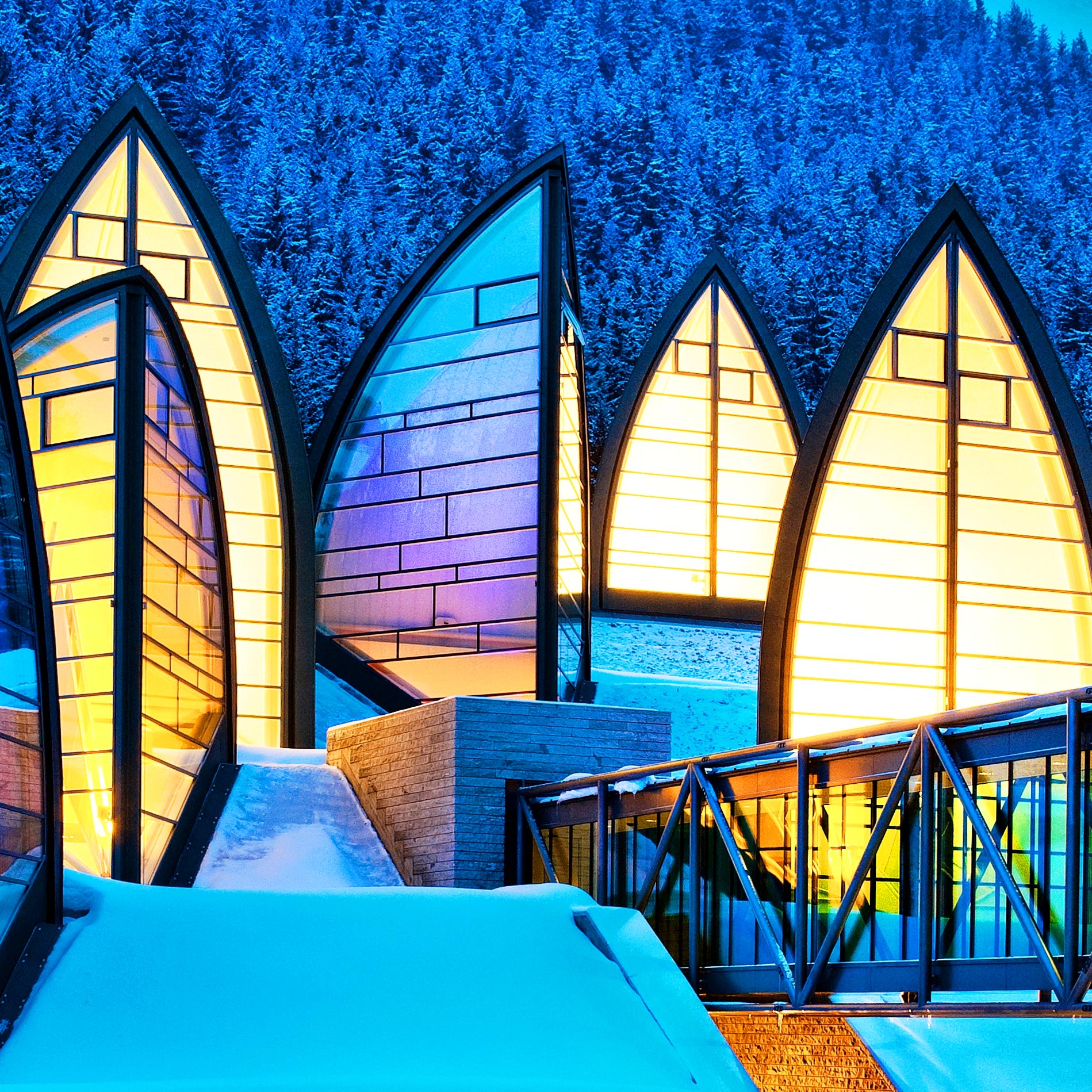 Aesthetically, Tschuggen is not quite what you’d expect from a Swiss mountain chalet. A Sixties renovation is responsible for the modernist silhouette of the main building, and the spa complex by the Swiss architect Mario Botta is a bit of contemporary whimsy, its skylit dormers bearing a striking resemblance to a fleet of sailboats on an Alpine lake.