Would it shock you all that much to learn that a country known for its well-preserved medieval towns has so many terrific hotels in so many terrific old buildings? Belgium seemingly agrees with us that, whether a piece of aging architecture has always been a hotel or was eventually converted into one, the greatest tribute you can pay is to keep it alive as lodging. It’s a reliable formula, and it gives guests the chance to experience history up close, personal, and overnight.

We love modern design. Put some concrete and glass in the desert and we’re as happy as a Liège waffle without toppings. But what really warms our heart is when the past doesn’t go to waste — especially when we get as many versions of it as Belgium provides. The country’s best hotels live in old farmhouses and old townhouses, old train stations and old post offices, old convents and old colleges. And some, of course, are just old hotels. Same as they’ve always been.

That’s not to say we want to sleep in a museum — at least not in the traditional sense. The contemporary filter through which these hotels view the past is what makes them so exciting, and makes them works of art in their own right. The current owners inherited something timeless and added their own interpretation of how best to interact with it in the 21st century. If that’s not museum-worthy, we don’t know what is. 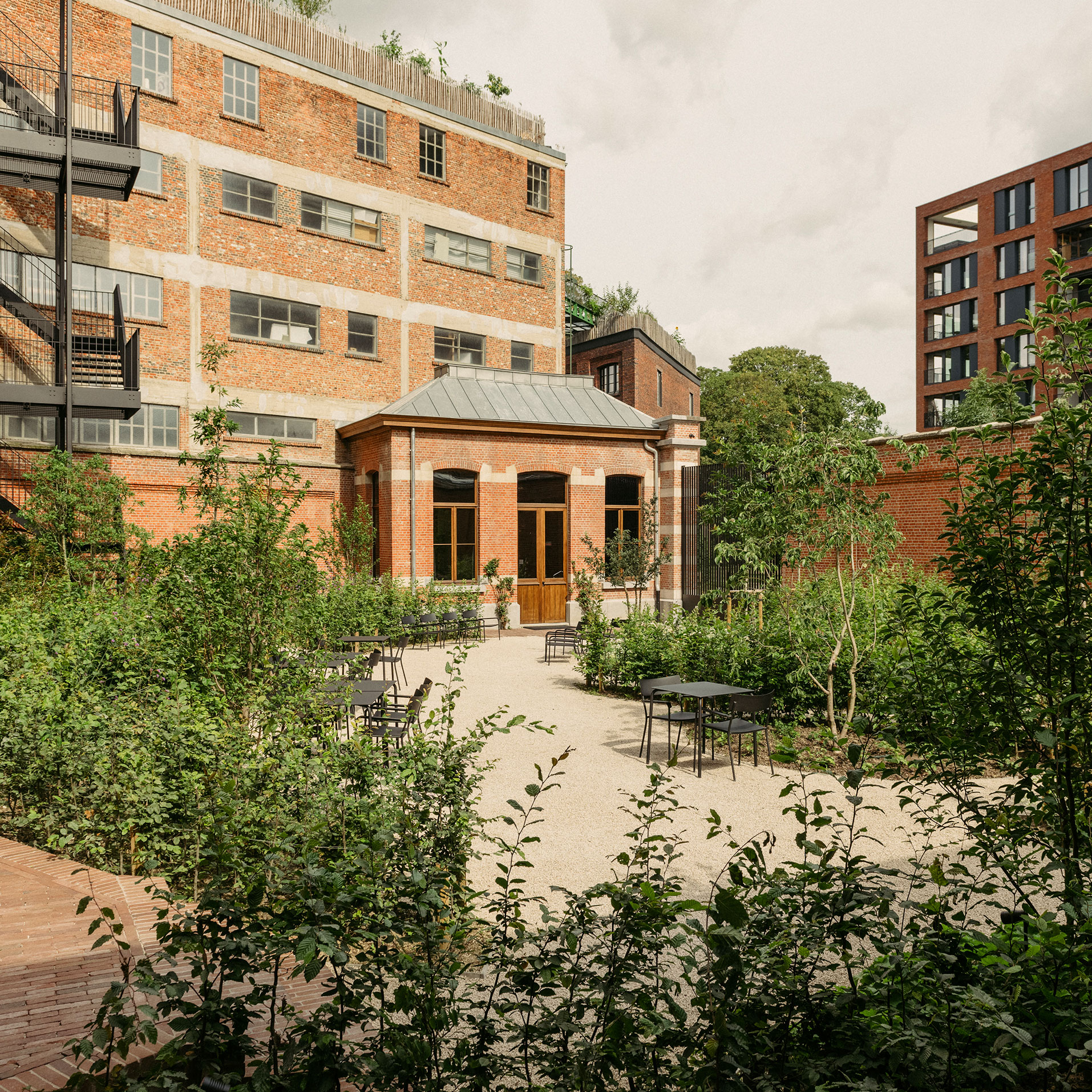 Something of a sequel to Antwerp’s stylish Hotel Julien, August is a hotel with a little bit more ambition. It’s the first hotel project by the well-known Belgian architect and designer Vincent Van Duysen, who transformed this old Augustinian convent into a different kind of refuge, one whose sense of privacy and tranquility is only accentuated by its setting in the city’s verdant Green Quarter. 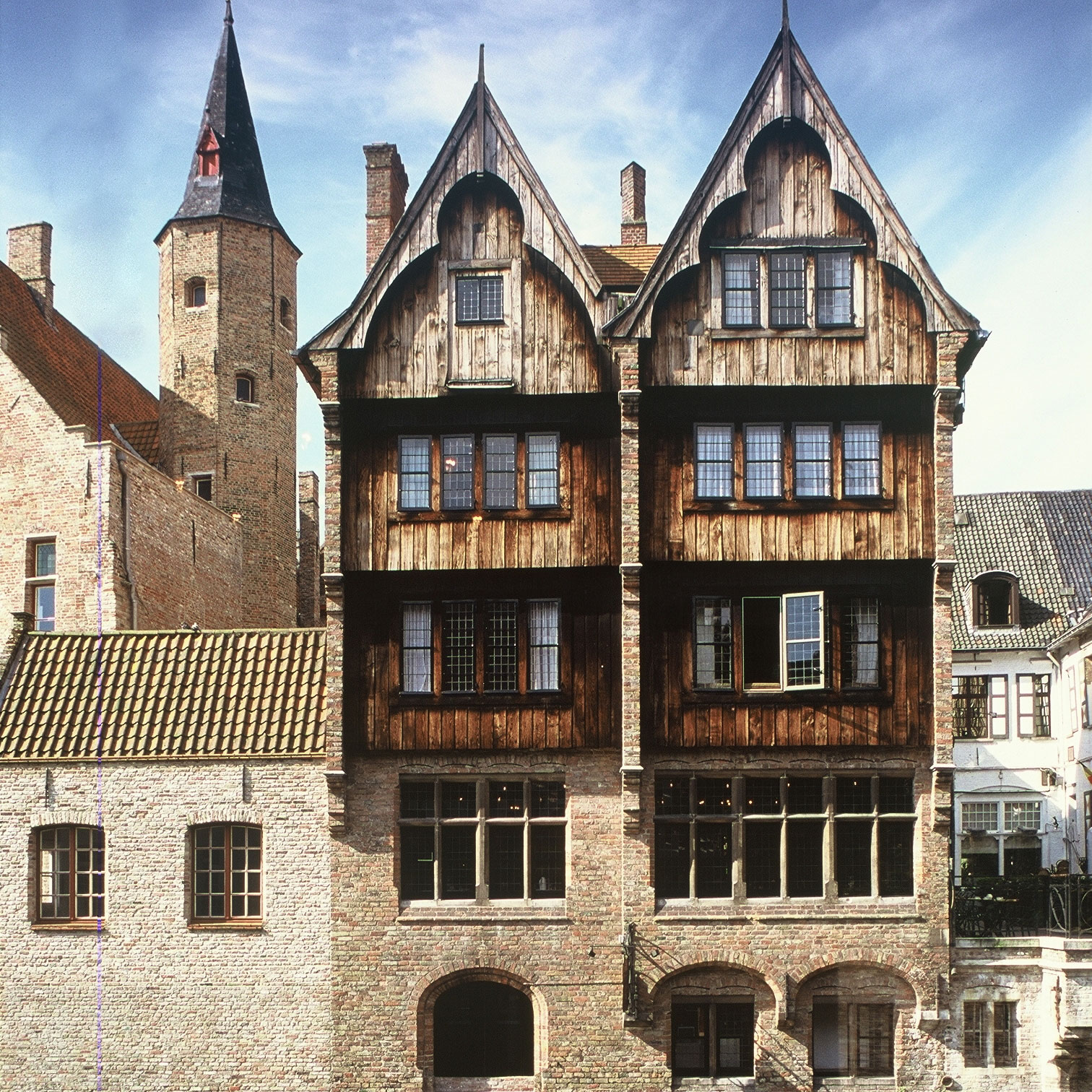 If what you’re after is a picturesque medieval town, criss-crossed with canals, you should know that Bruges out-Amsterdams Amsterdam by some distance. And only in Bruges could you find a hotel like the Relais Bourgondisch Cruyce. It occupies a pair of gorgeous, delicate old timbered houses, and presents the very real risk that you’ll spend more time out front, photographing it from the canal side, than you will in your room itself. 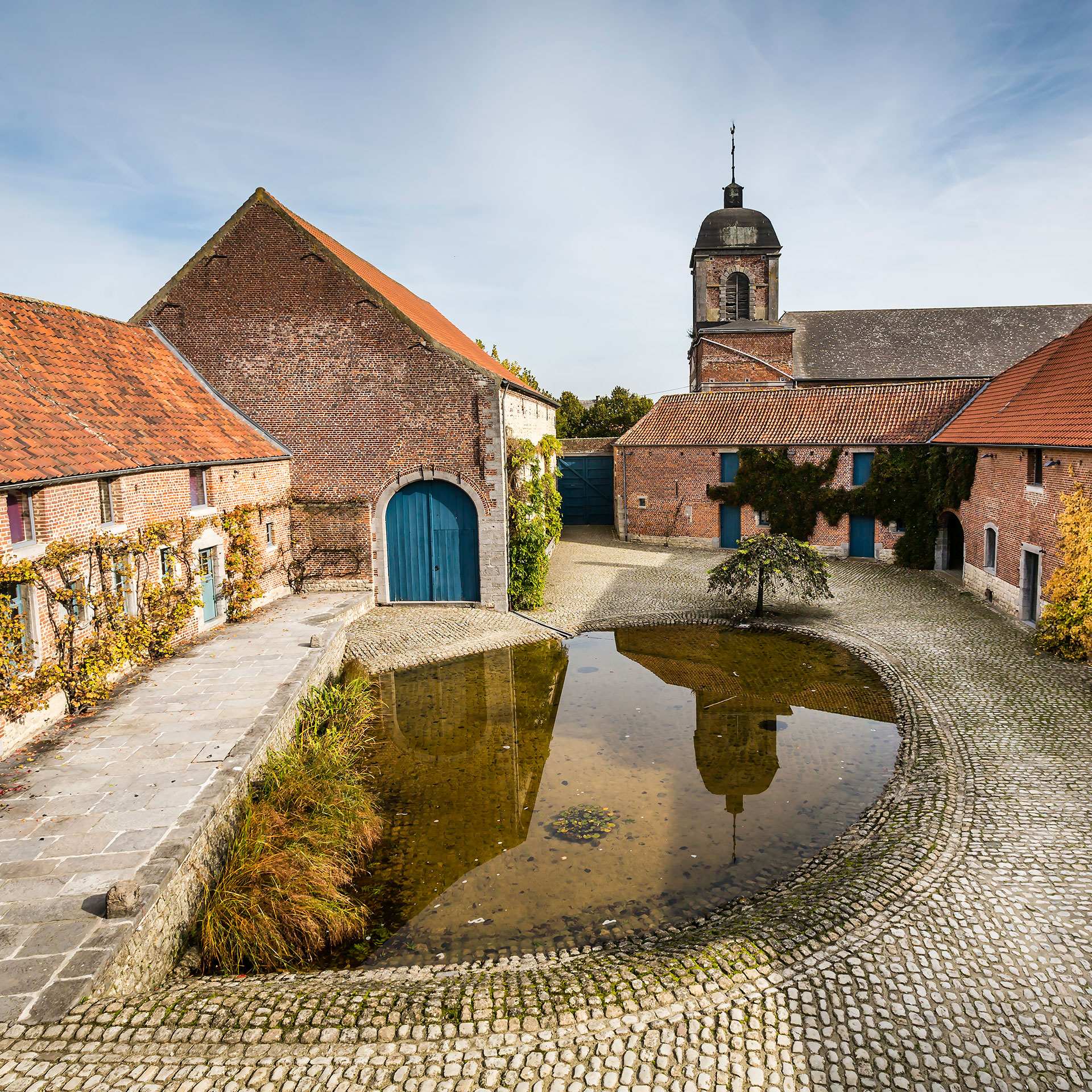 Indrani Lodge is less than an hour’s drive from the Brussels city center, in the village of Loupoigne, but that’s more than far enough for this restored medieval farm to serve as an escape for all sorts of travelers, from couples on the run for a weekend from Brussels to a full house of guests attending one of Indrani Lodge’s yoga retreats. (Yoga is a year-round specialty here, with discounted lessons for hotel guests.) 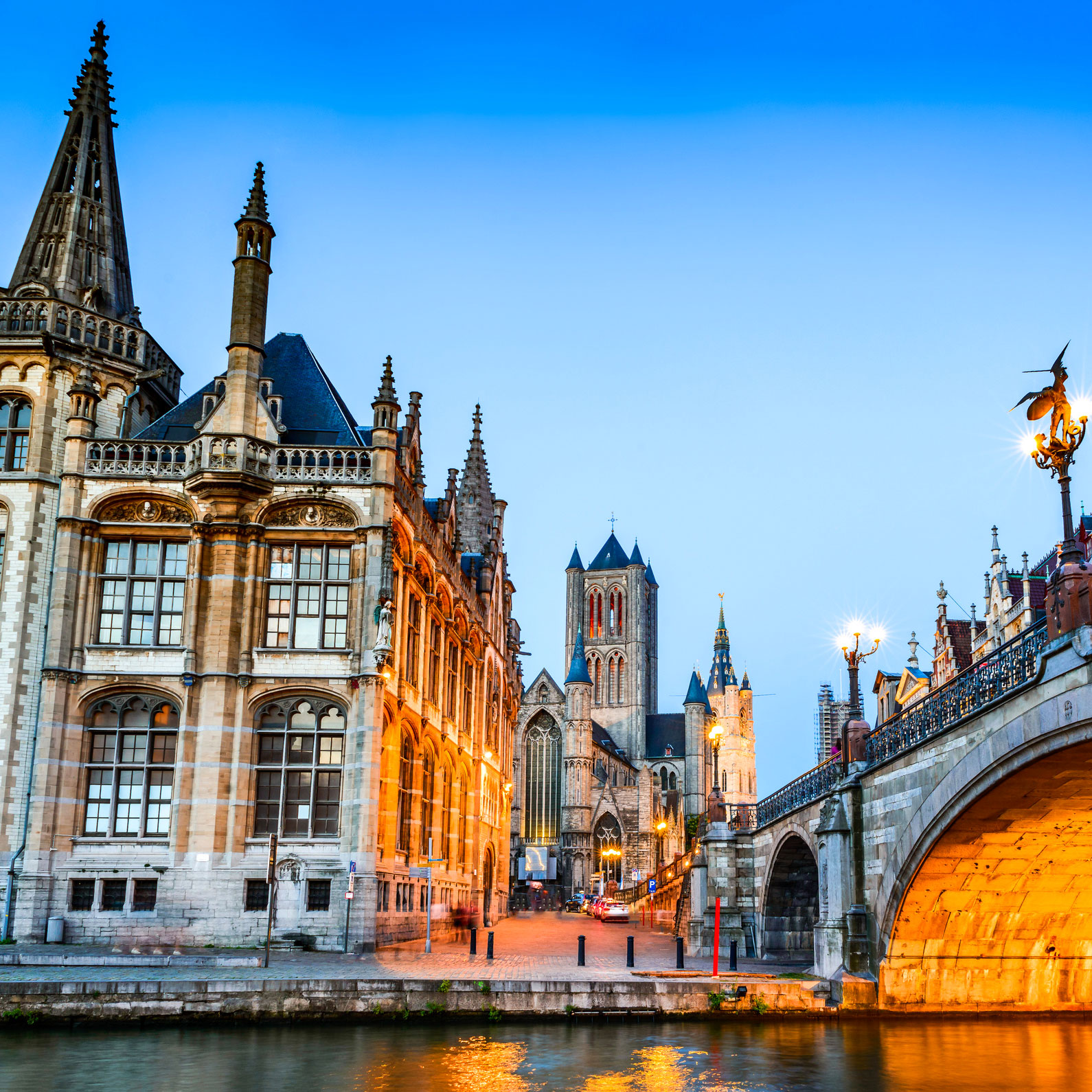 Though completed at the turn of the last century, thanks to its neo-Gothic style Ghent’s old Central Post Office looks hundreds of years older than that. You don’t come to this part of Belgium in search of hyper-modern architectural experiments — you come in search of history, and 1898 The Post, a new renovation of this beautifully preserved structure, has got a bit more than its fair share. 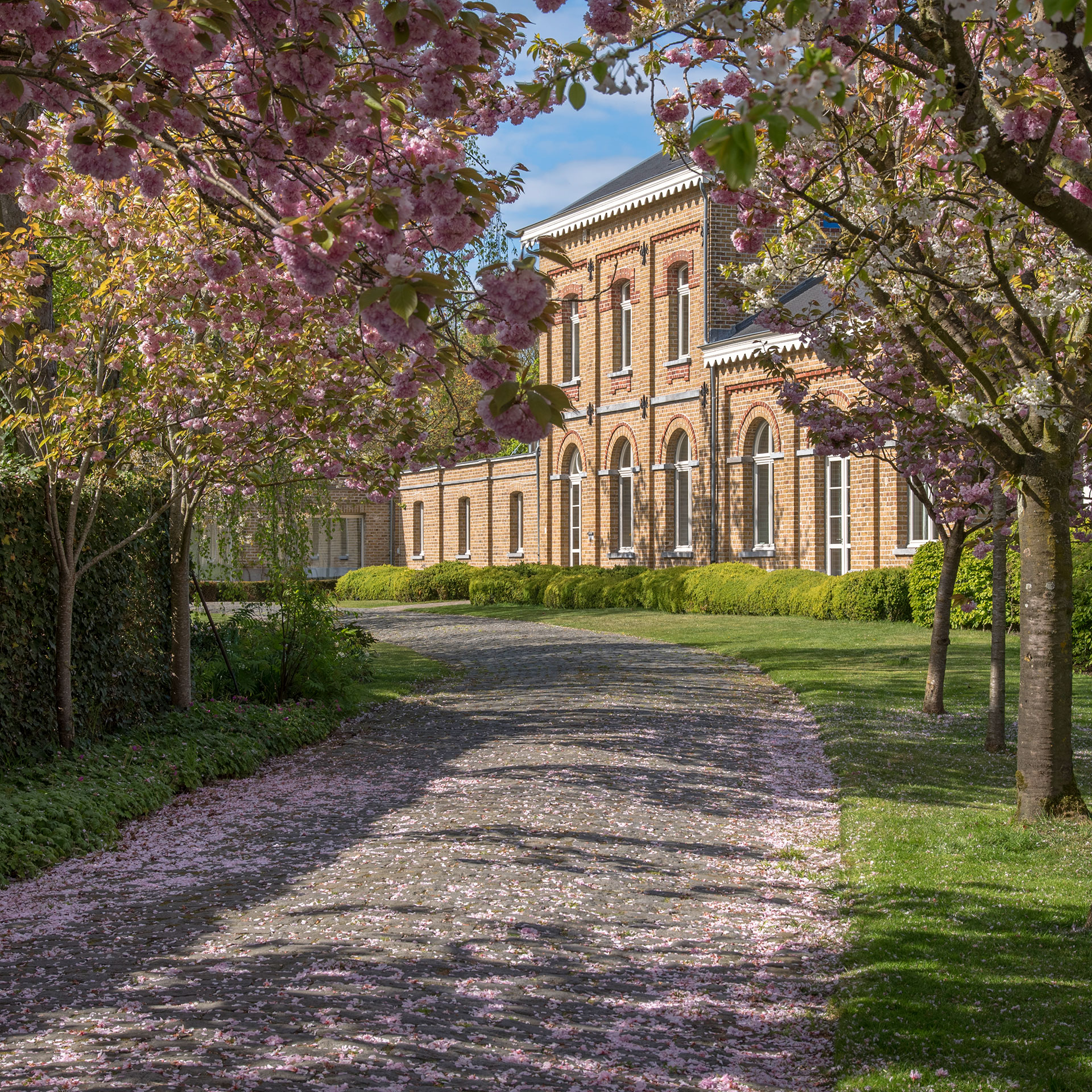 If there’s another hotel quite like it, we don’t know about it. Spoor 62 is a masterfully designed two-room b&b housed in a historic railway station in the countryside outside Bruges. It’s clear that great care went into restoring the old brick station, a stop on the storied Pullman Express line between Paris and the resort towns of the Belgian coast, and today it positively glows with warmth and an understated countryside glamour. 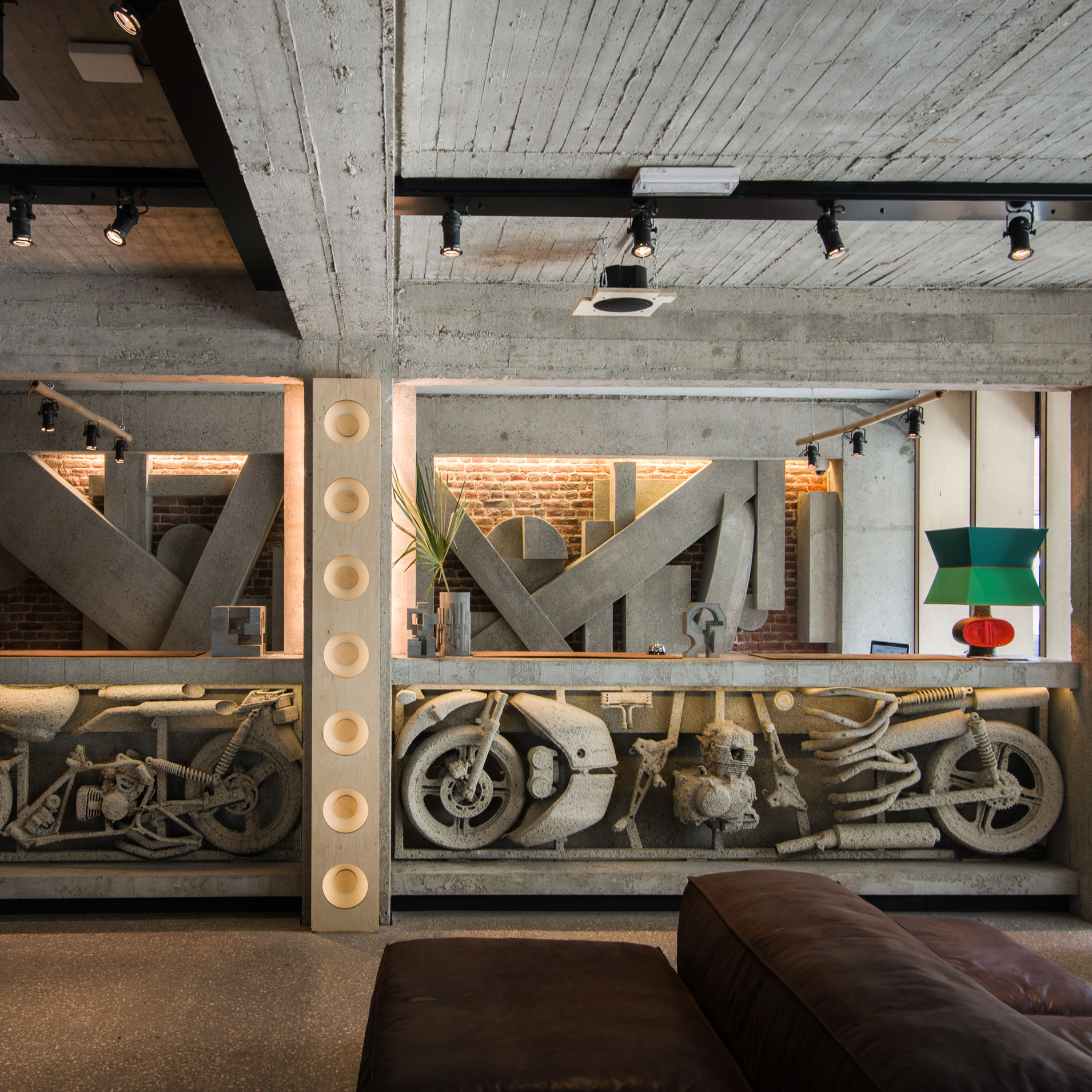 A younger generation in Brussels is casting off the chocolate-box preciousness for which the city was formerly known, in favor of a brutalist-inspired industrial-chic aesthetic — of which JAM is quite possibly the perfect example. It’s set in a disused 1970s building that was initially home to an art college, and you’d have to think the old faculty would approve of the new use. 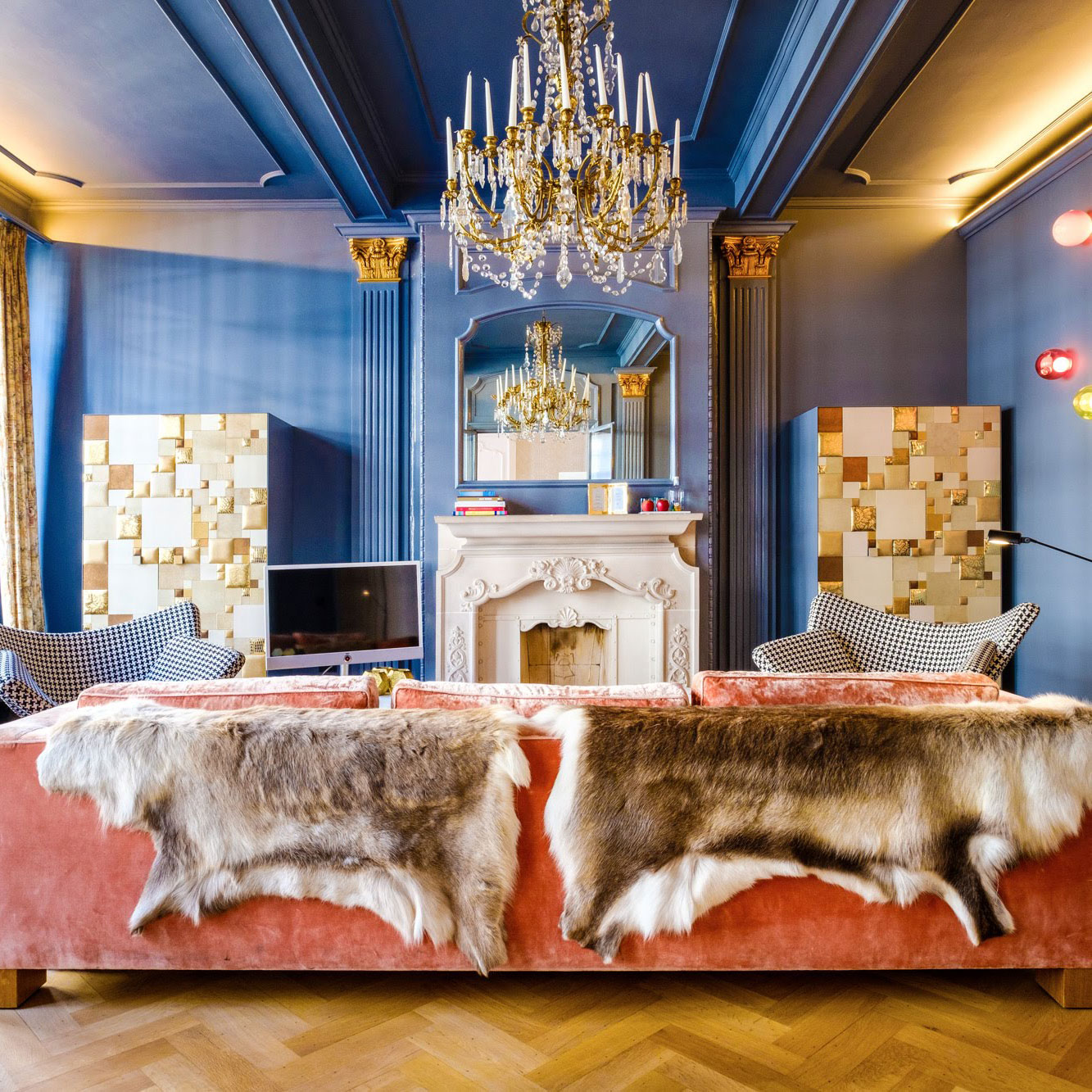 Hotel De Witte Lelie, the White Lily, is an exquisitely designed guest house, filled with personal charm, privacy, and intimacy. Here three seventeenth-century canal houses have been joined together to create Antwerp’s most luxurious small hotel. You can take the name almost as literally as you like; the expansive public spaces are swathed in plush white rugs, sofas and armchairs, with more than a few lilies to be seen. 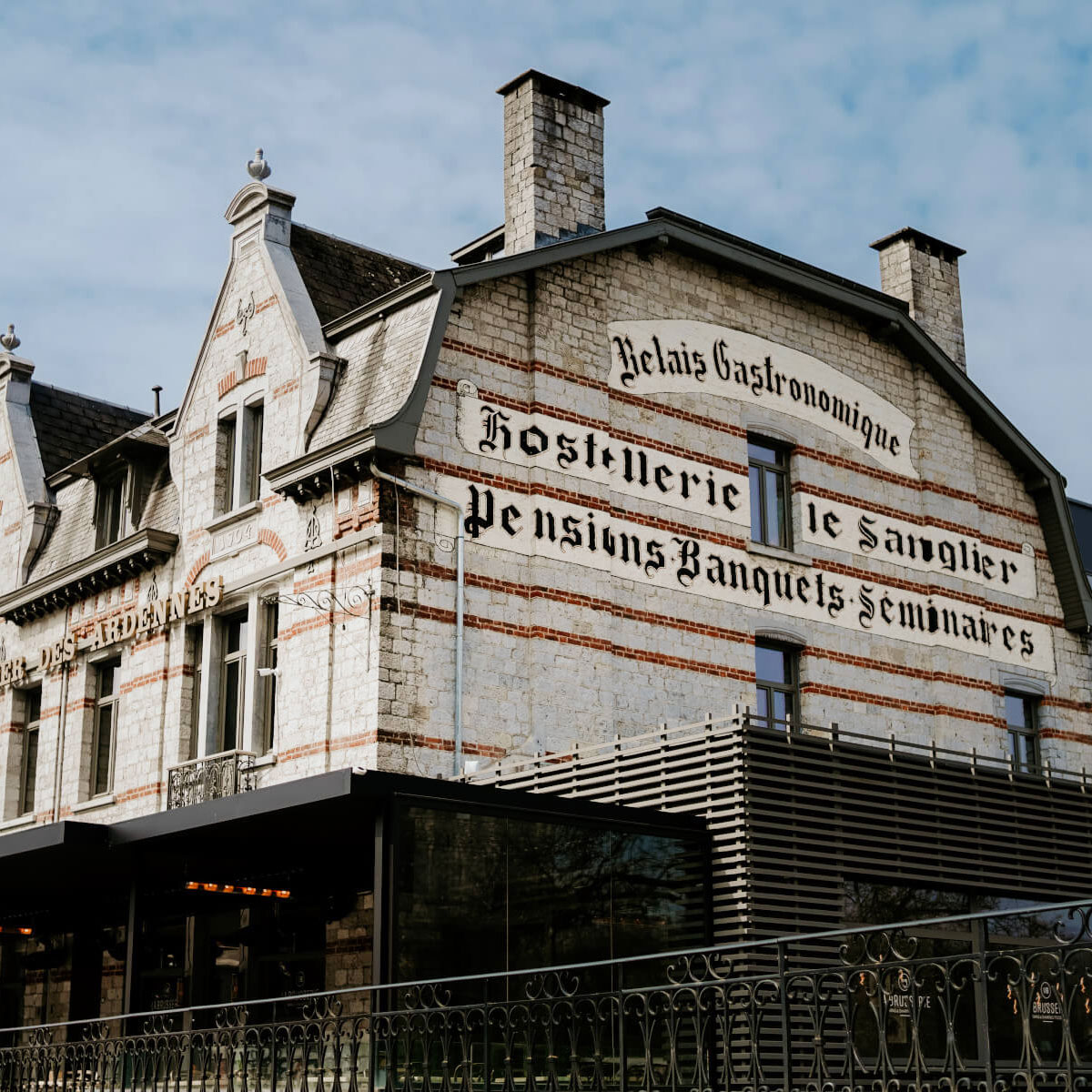 The medieval city of Durbuy is one of Belgium’s most picturesque places, and while much of the local trade seems devoted to preserving the ancient atmosphere, a change in ownership has brought Le Sanglier des Ardennes into the 21st century. The rooms and suites are decorated in a style that’s an inventive blend of well-worn historical elements and contemporary design interventions. 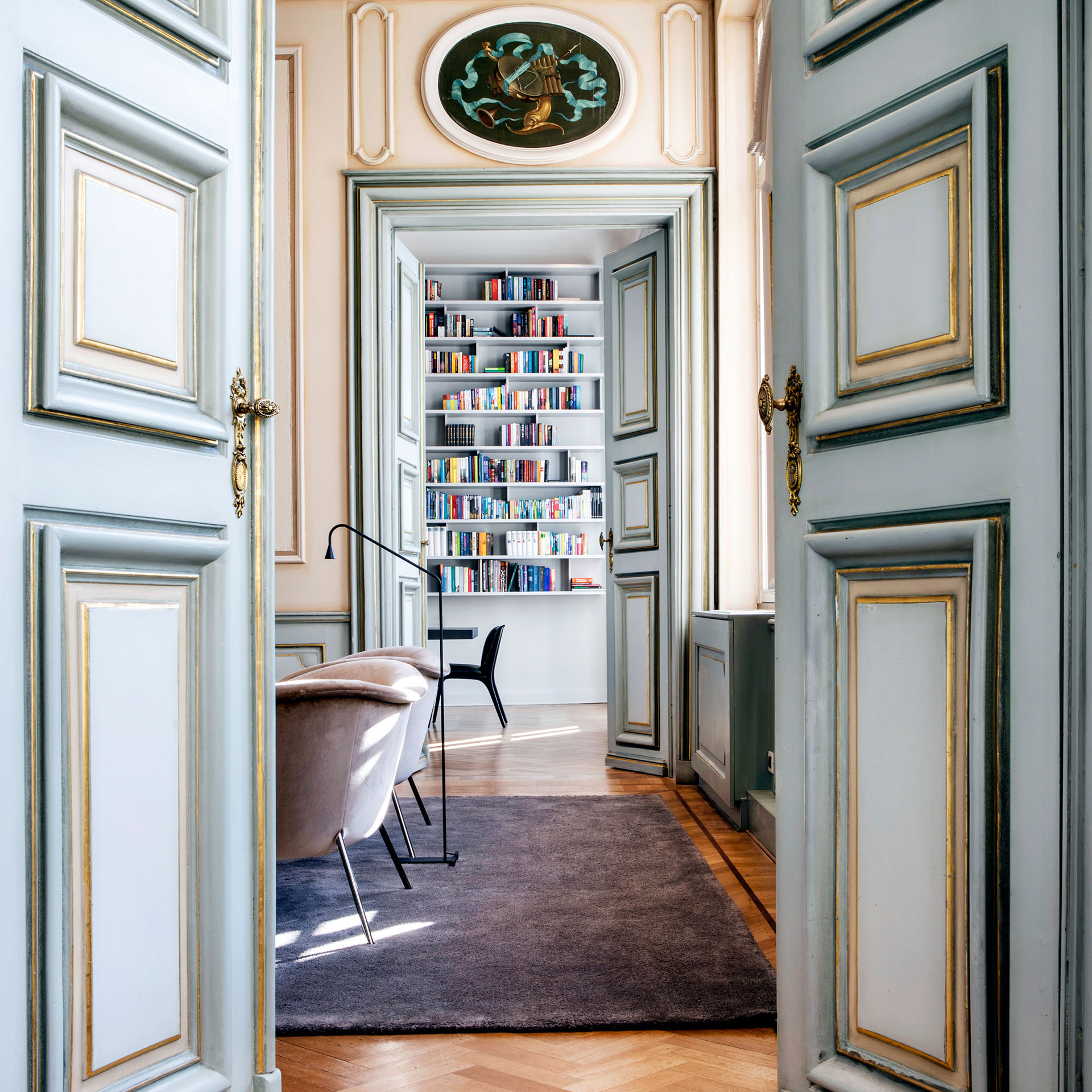 Right in the thick of Ghent’s historic city center sits Pillows Grand Boutique Hotel Reylof Ghent, spanning a 1724 townhouse and its 20th-century neighbor — a union which is almost a perfect metaphor for the contemporary boutique hotel, balancing local authenticity and personal intimacy with global, forward-looking standards of service. 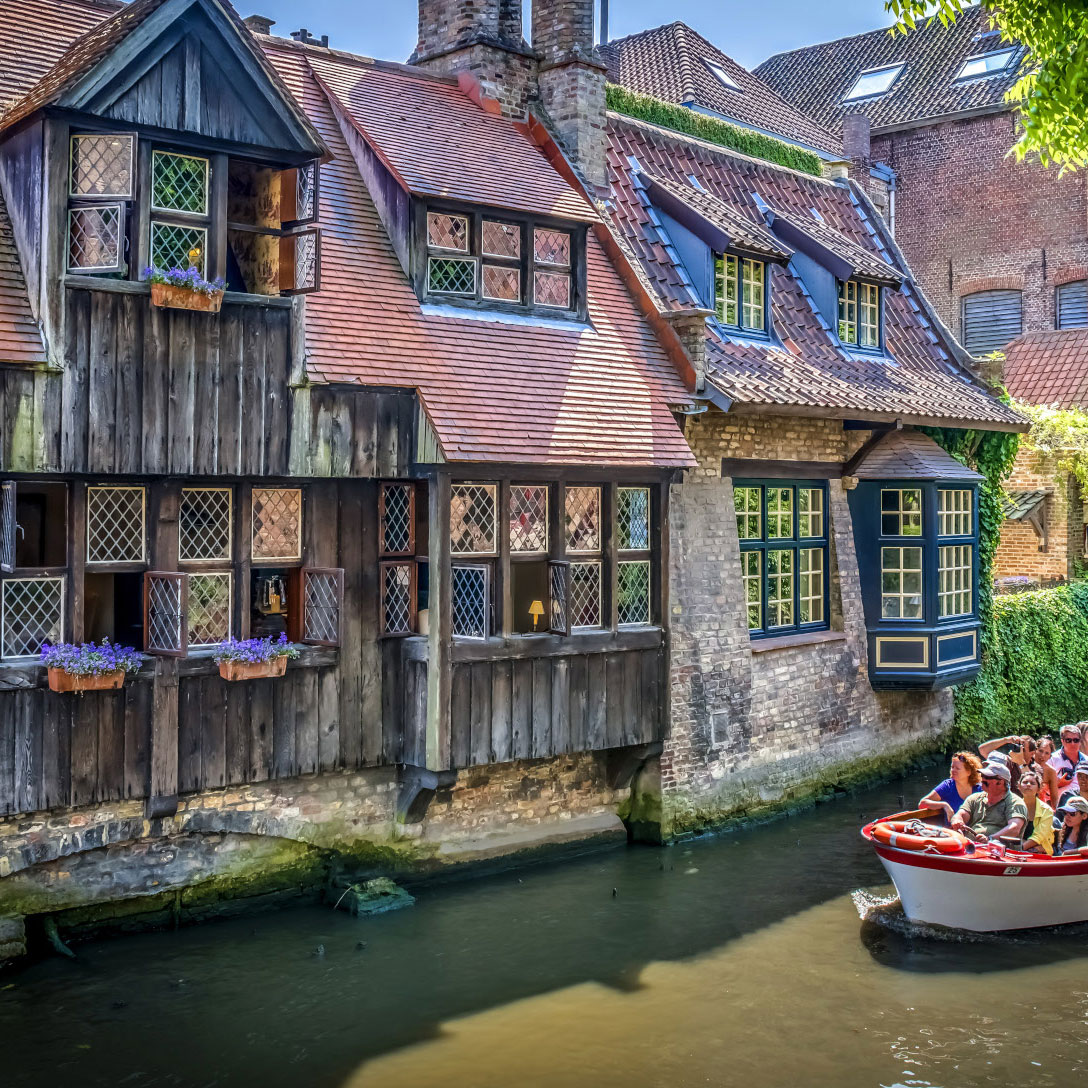 Bruges is famous for its picturesque beauty, and places like the B&B Exclusive Guesthouse Bonifacius are exactly why. This delightfully ramshackle 16th-century restoration perches right at the edge of a canal, and its interiors are rich with antique character; in fact it’s a bit of a surprise to see fellow travelers in modern dress rather than period costumes. 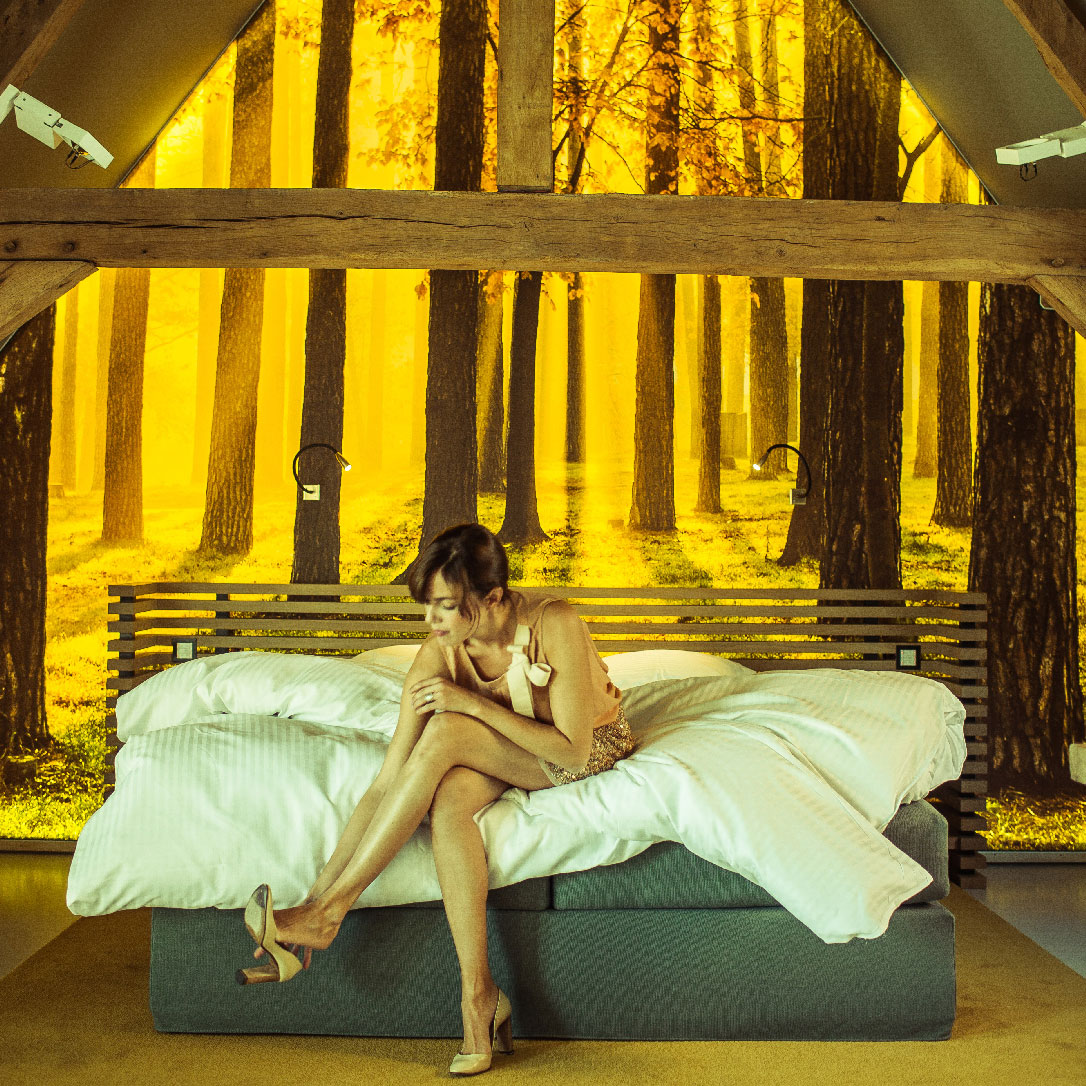 Located in the heart of Bruges, B&B La Suite offers guests a relaxing stay in one of three stylish, luxe rooms and suites; a visit to one of Europe’s most beautifully preserved medieval market towns; and an unforgettable meal at Michelin-starred Sans Cravate. The accommodations, designed by the hotel’s proprietors, are a unique and colorful mix of contemporary elements and traditional wood-beamed architecture. 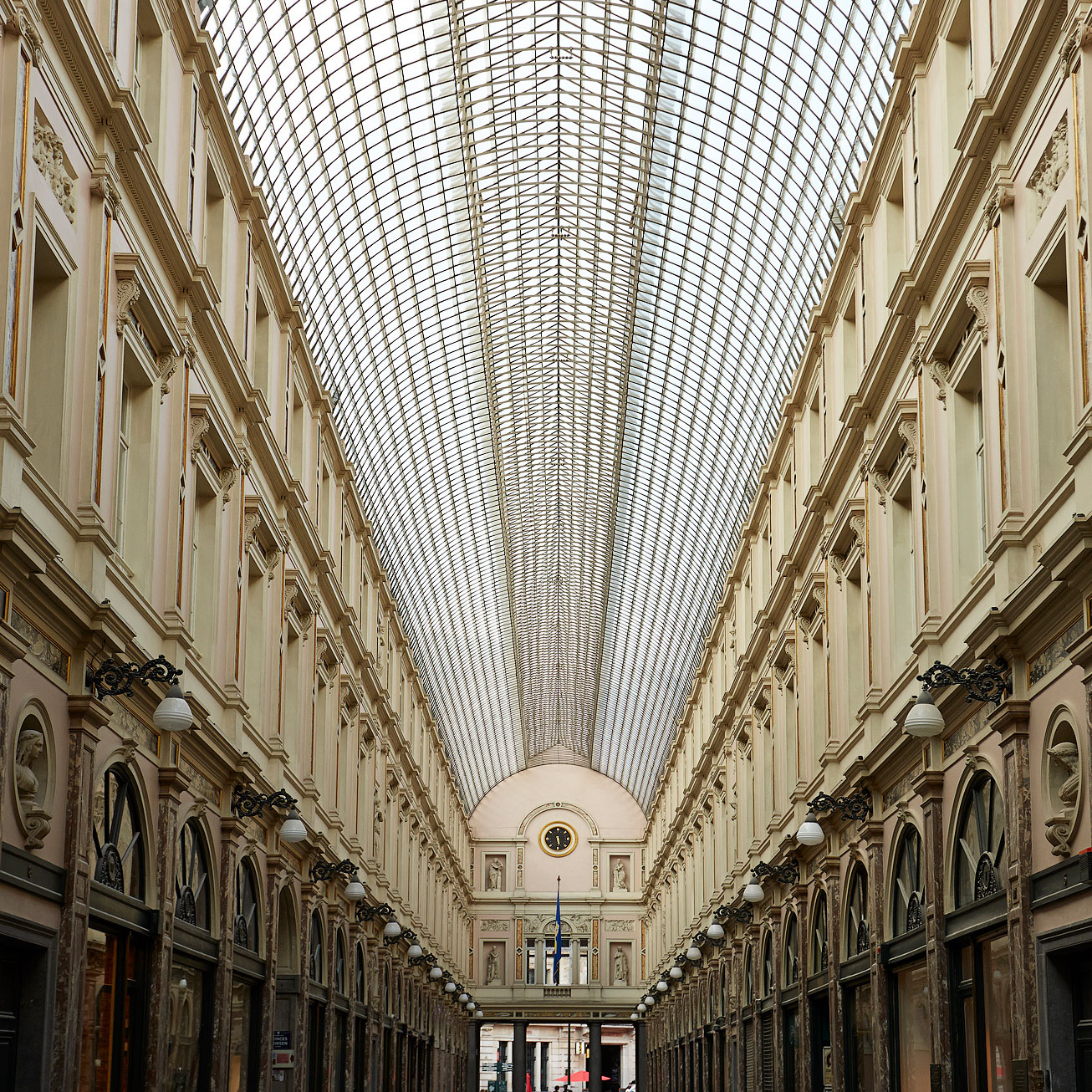 Hôtel des Galeries is a smart 23-room boutique inside one of the city’s loveliest landmarks, the Galeries Royales Saint-Hubert. Displayed on the glamorous facade of the antique shopping arcade, built in the mid-19th century, is the motto omnibus omnia — everything for everybody. It’s a phrase that might well describe the hotel itself, with its perfect location on the corner of Galerie du Roi and Rue des Bouchers, and its mix of style and substance. 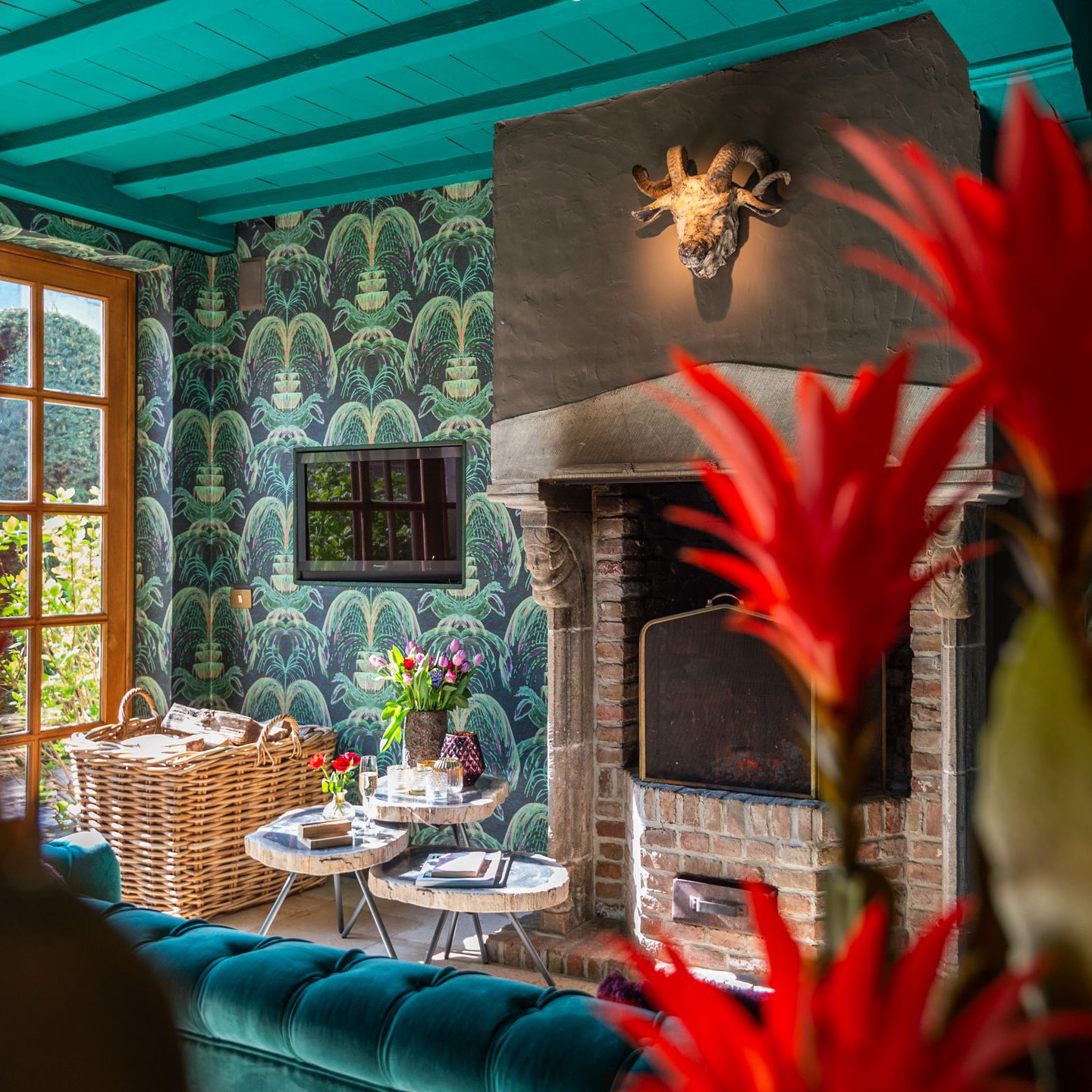 On the side that faces the picturesque Groenrei canal it’s a stately urban house, while on the back side it’s practically a country retreat. The Secret Garden is set right in the heart of Bruges, which, to be fair, is no megalopolis — but the tranquility on offer here is still remarkable. In its concept — and its size — it’s got more in common with bed and breakfasts than with luxury hotels. 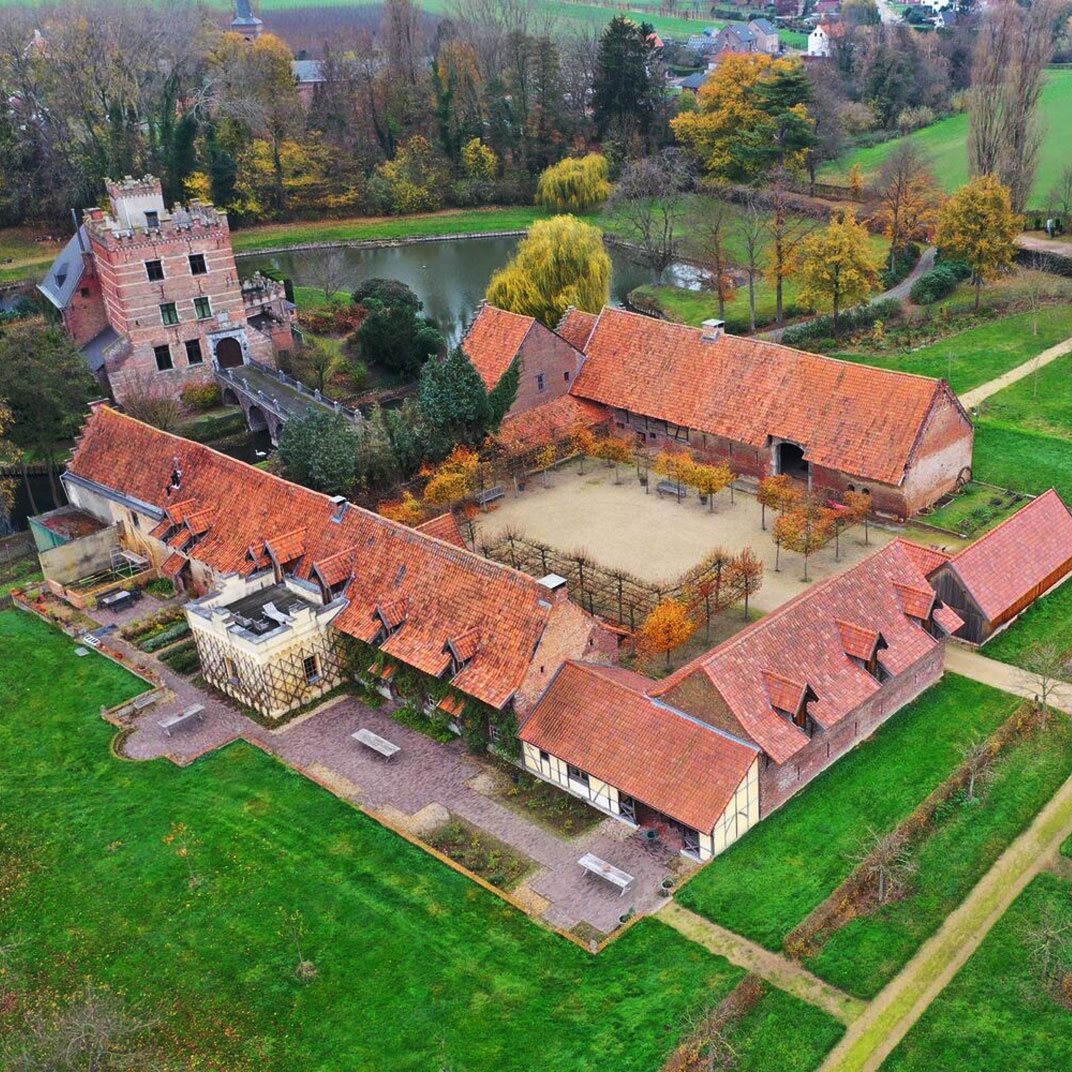 A once-abandoned 17th-century farmhouse in Limburg is now the Kasteelhoeve de Kerckhem, a passion project for its family of owners and an exquisite little ten-room boutique hotel. It’s got the elegance of a grand old country-house hotel along with the intimate atmosphere of a bed and breakfast. 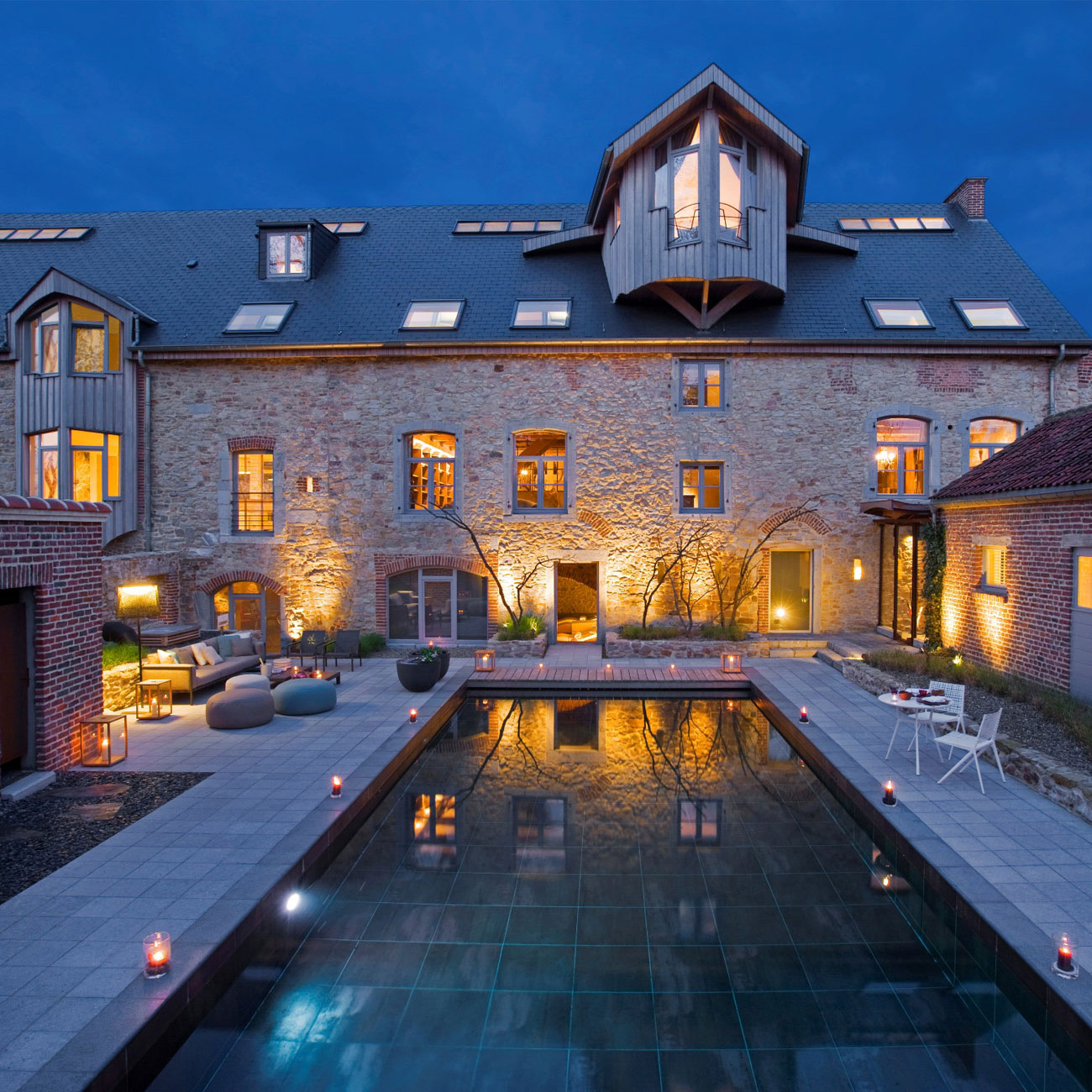 NE5T Hotel & Spa is nothing if not atmospheric — not only does it occupy a beautifully restored stone farmhouse, but it’s set within the walled citadel overlooking the Namur city center. The six suites — four of them duplexes — update their classic architecture with contemporary luxuries like Hästens beds and modern design, each one with its own unique flourish.