Last January, when I took over as CEO of Tablet, I decided to introduce myself by presenting some of my favorite new hotels. These were places that not only exemplified our mission of bringing you the world’s best and most unique hotels, many of them were also places I would have liked to visit. Alas, 2021 was yet another not-so-normal year for travel, and my journeys ended up much closer to home than to my list of extraordinary global destinations. It was an inspiring exercise nonetheless, and — at the urging of my editorial director — one we’re delighted to turn into an annual tradition.

You’d think the pandemic would’ve put a damper on new hotel development. Thankfully, that hasn’t been the case. A surprising number of hoteliers have been brave enough to take the plunge and throw open their doors for the first time. And we’ve been there for it, adding the most impressive of them to our selection. It’s filled me with positivity for the future (and given me plenty of amazing options to consider for the list below).

These are the new hotels that have me the most excited about the year ahead, each destination calling out to me for one bewitching reason or another. And though I won’t be able to visit them all — even the CEO of a travel company doesn’t get around that much — I’m hopeful I’ll visit a few more than last year. And so will you. 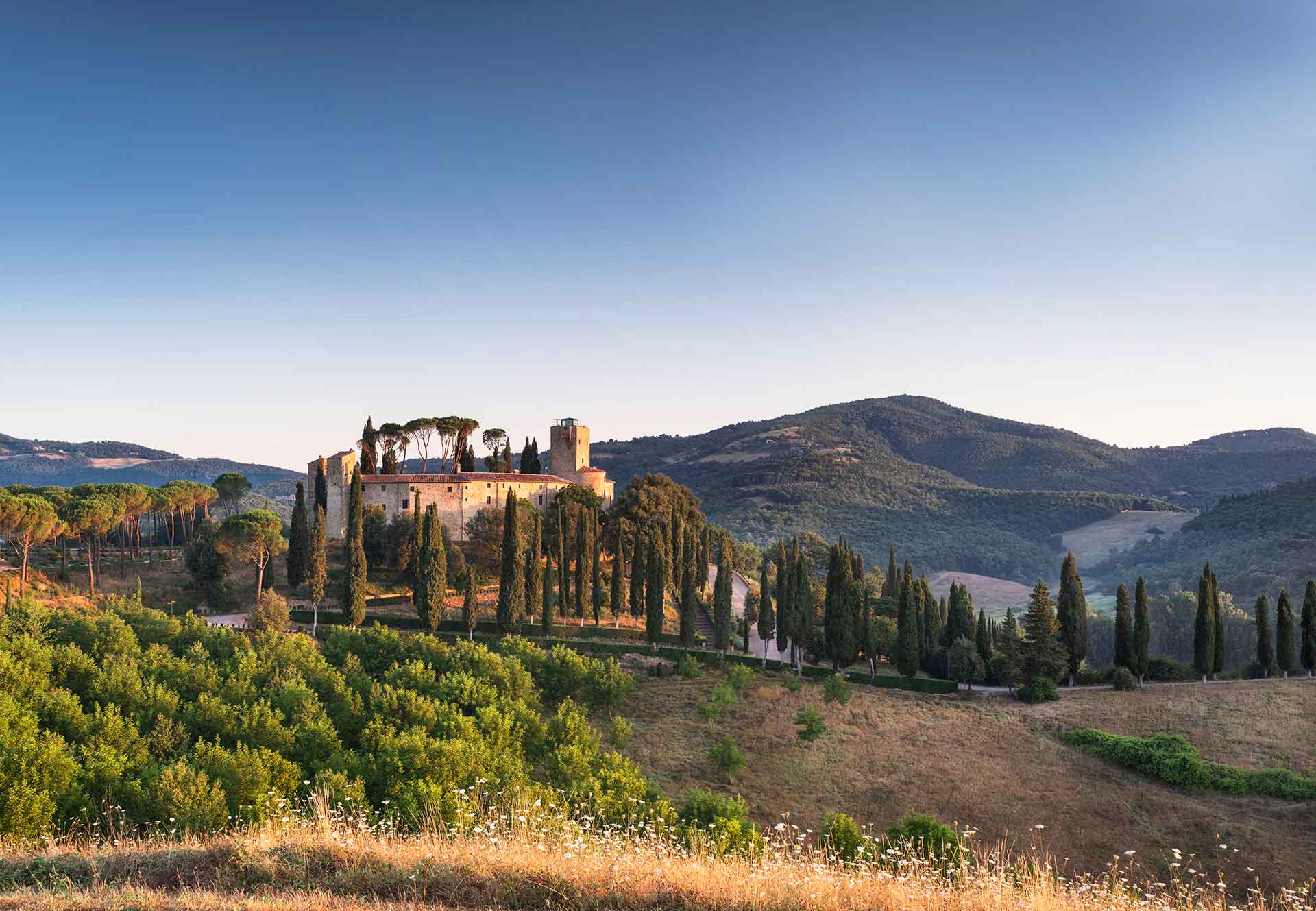 Italian hoteliers in general are no strangers to working with heritage buildings, but the Castello di Reschio is an extreme example. Set on a vast estate in the picturesque hills of Umbria, near the border with Tuscany, the castle dates back all the way to the tenth century, which makes the decade-plus its owners, an architect and an artist, spent on careful restoration seem like the blink of an eye by comparison. Given the results you’d have to agree it was worth the wait. 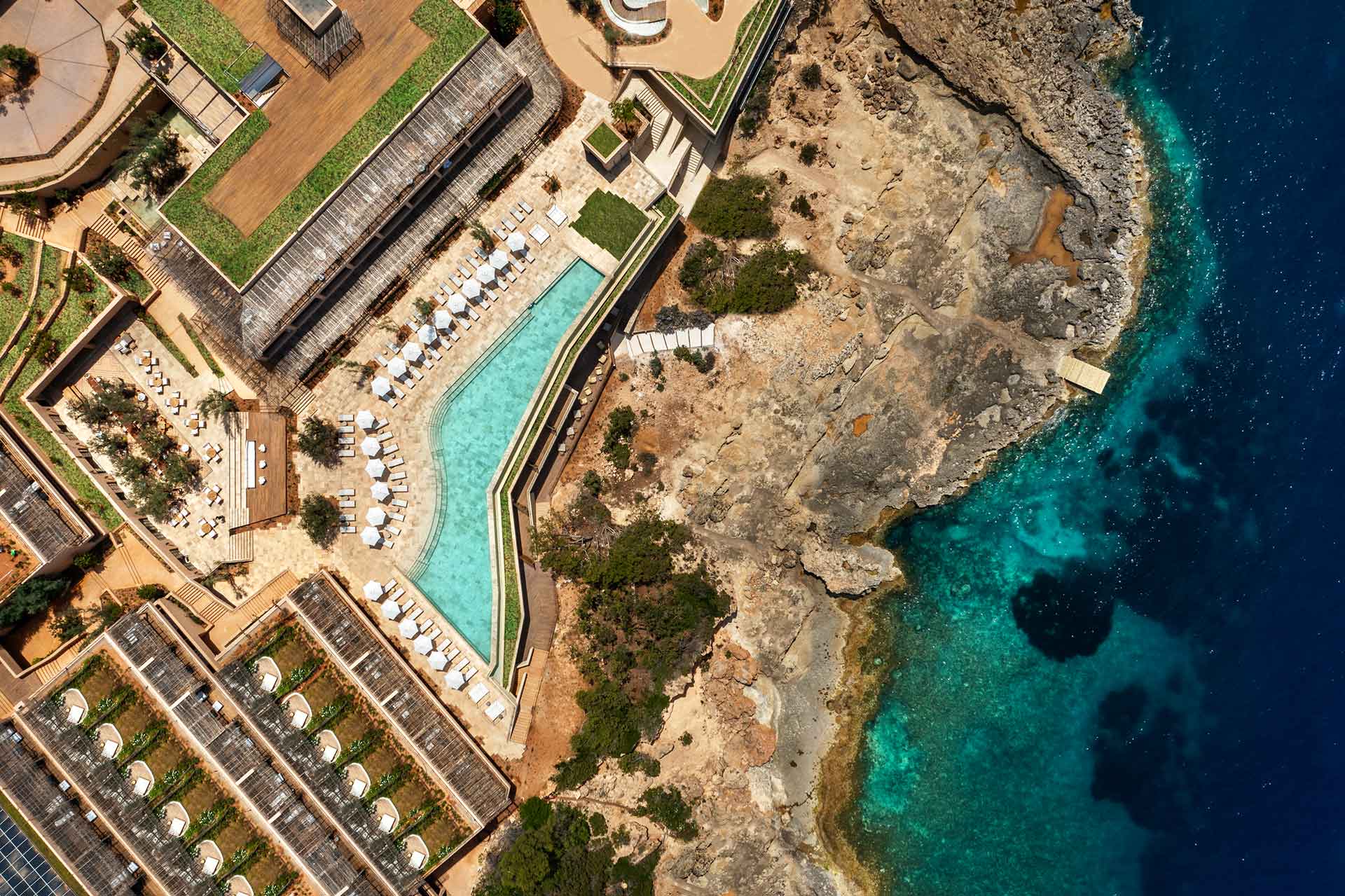 Six Senses Ibiza is set at the end of a peninsula in the far north of the island, a setting which maximizes its private-island atmosphere, and not only is it as luxurious as you’d rightly expect from Six Senses, but it’s extraordinarily green as well, the first BREEAM-certified resort in the region — meaning not only that its construction and operation are low-impact, but that it works with local agencies to constantly improve its environment and its surrounding communities. 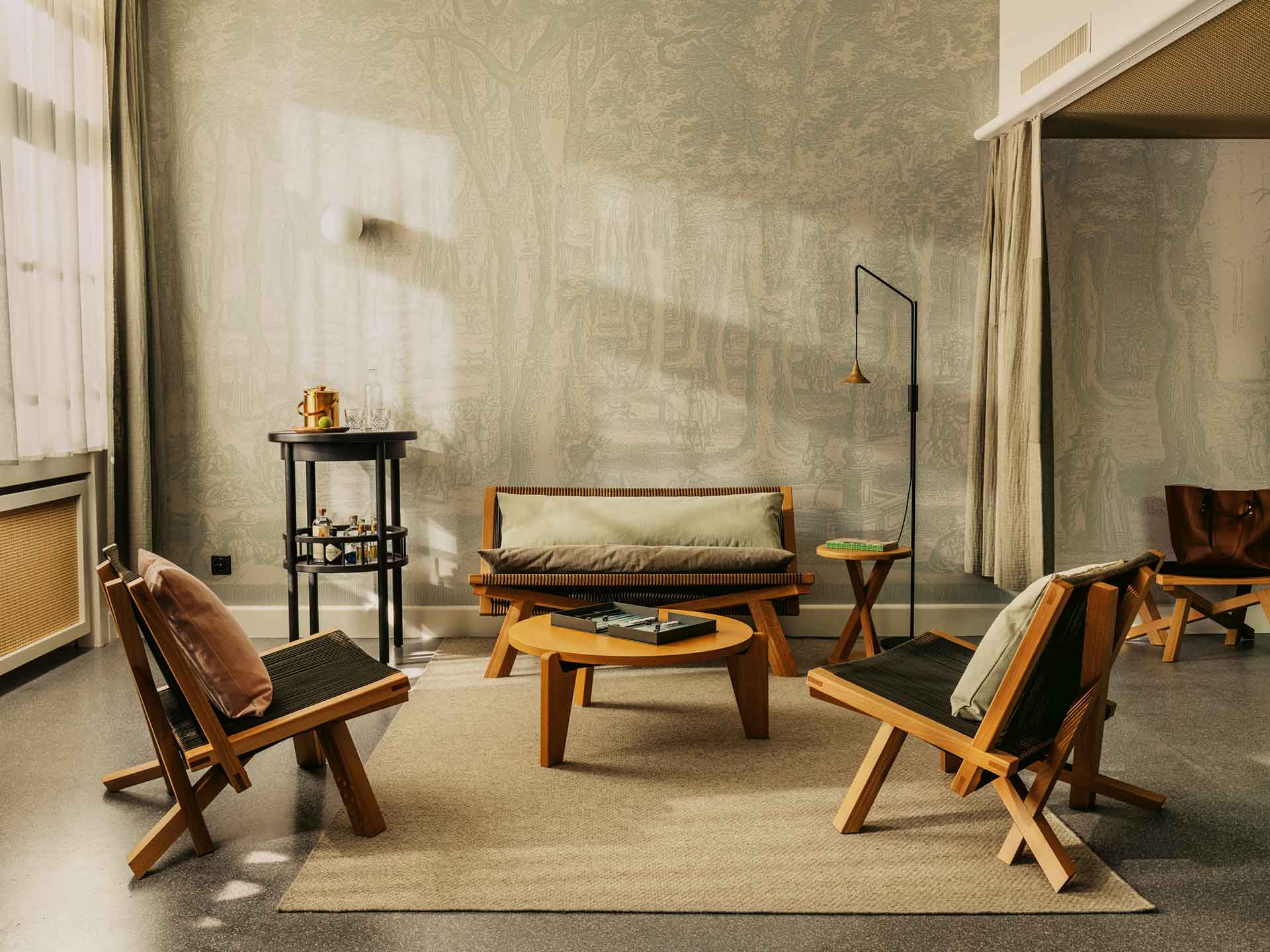 Basel’s Volkshaus has been central to this city’s public life for centuries, and to adapt it for use as a hotel was no small task. Once a castle, later a brewery, still later a concert hall and office complex, it’s a site with a history that demands preservation. What stands here today is both a very thorough update and a sensitive restoration. The long-hidden bones of the 1925 structure dictate the atmosphere, which indirectly recalls Bauhaus in its simplicity and its focus on livability. 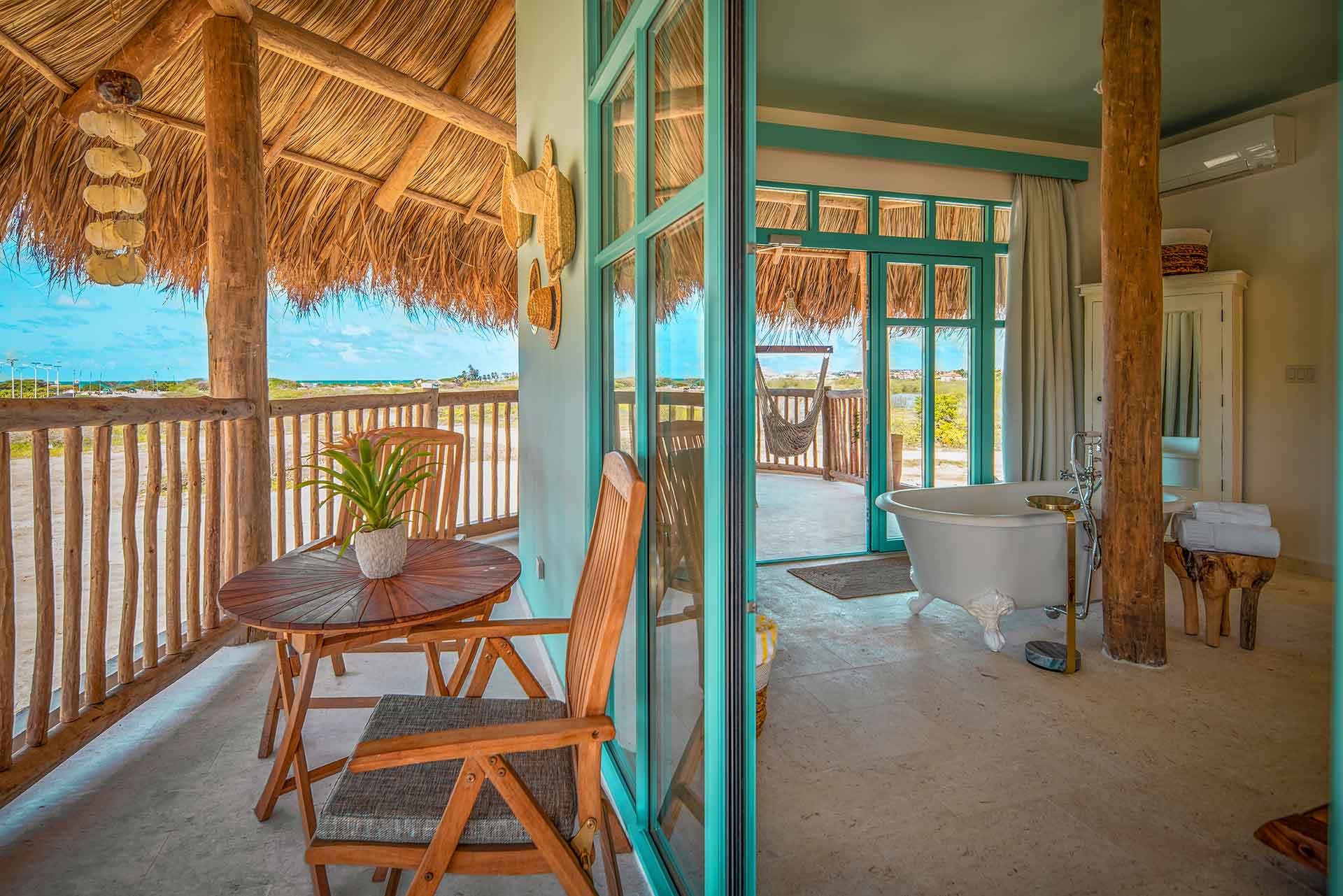 Aruba is the sort of place that’s managed to get by without having to take much notice of the boutique-hotel movement — picture-perfect white sand beaches and an idyllic climate mean there’s little pressure to innovate. But there are exceptions, and Boardwalk Boutique Hotel Aruba is one of them: a vibrant, colorful, eclectic boutique hotel that makes no compromises on location, set as it is amid a coconut grove just a five-minute stroll from Palm Beach. 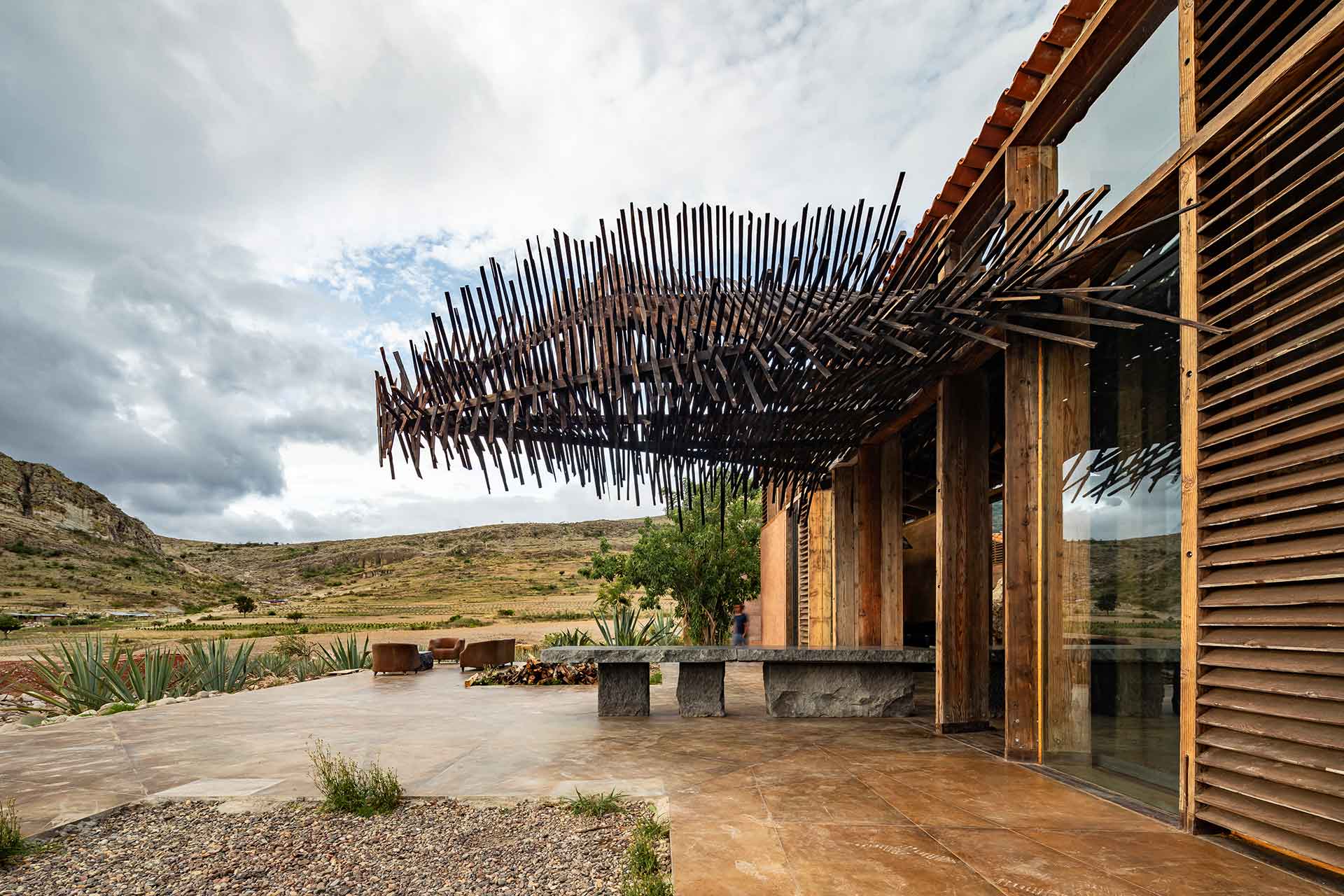 Set not in historic Oaxaca City nor on the state’s Pacific coast, Casa Silencio finds itself in the rugged, mountainous mezcal-producing lands to the east of the capital. What was previously just a working distillery owned by the El Silencio mezcal brand is now one of the most extraordinary hotels in all of Mexico, a spectacular compound of modern buildings constructed from rustic rammed earth, timber, and tile. 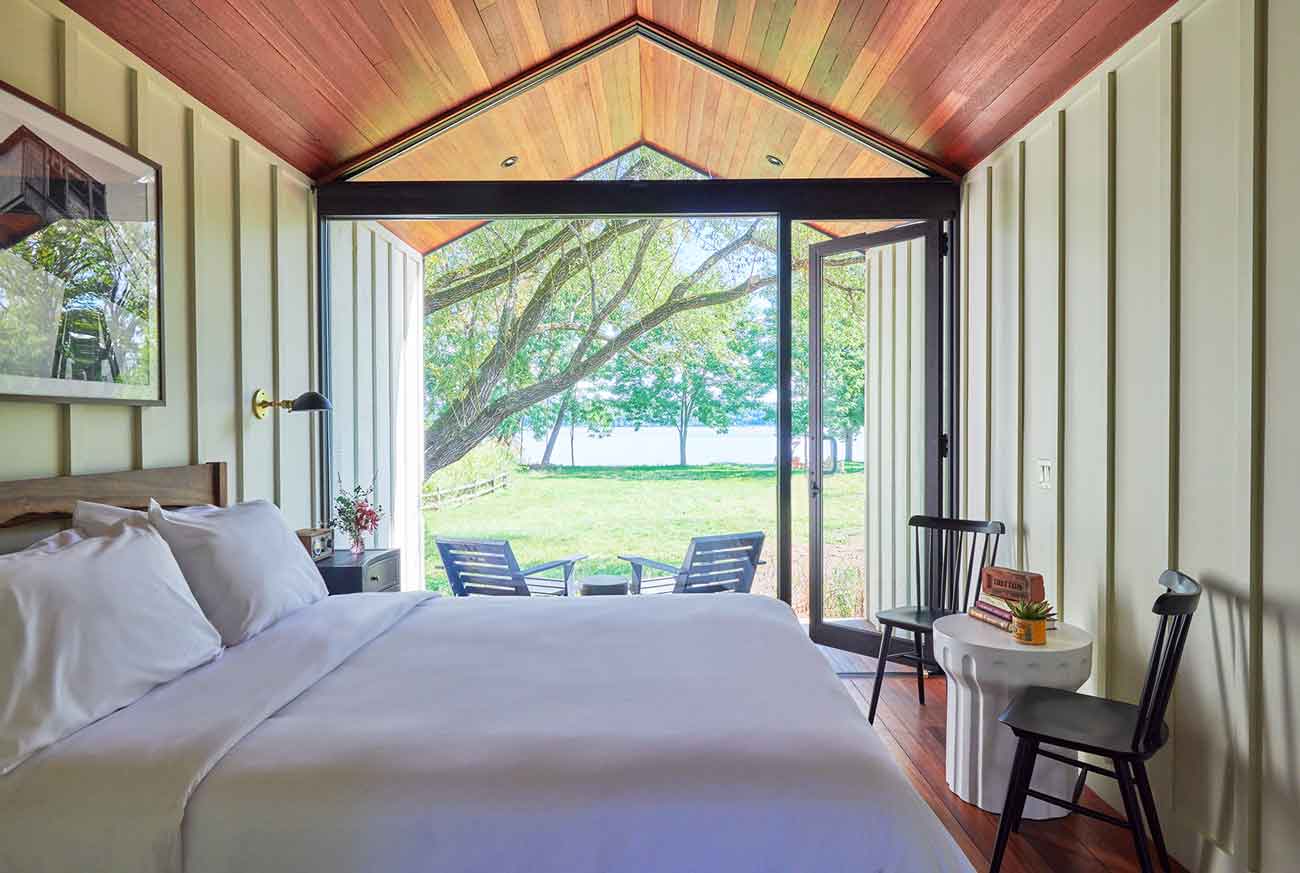 As New Yorkers rediscover the charms of local travel, places like the Hudson Valley are not just booming, but blooming, with stunning destinations sprouting from the unlikeliest sources. Hutton Brickyards, in Kingston, 90 miles up the river from Manhattan, is one of these: a decommissioned industrial site finding new life as a stylish and luxurious retreat, a combination of a modern boutique hotel and a multi-purpose event venue. 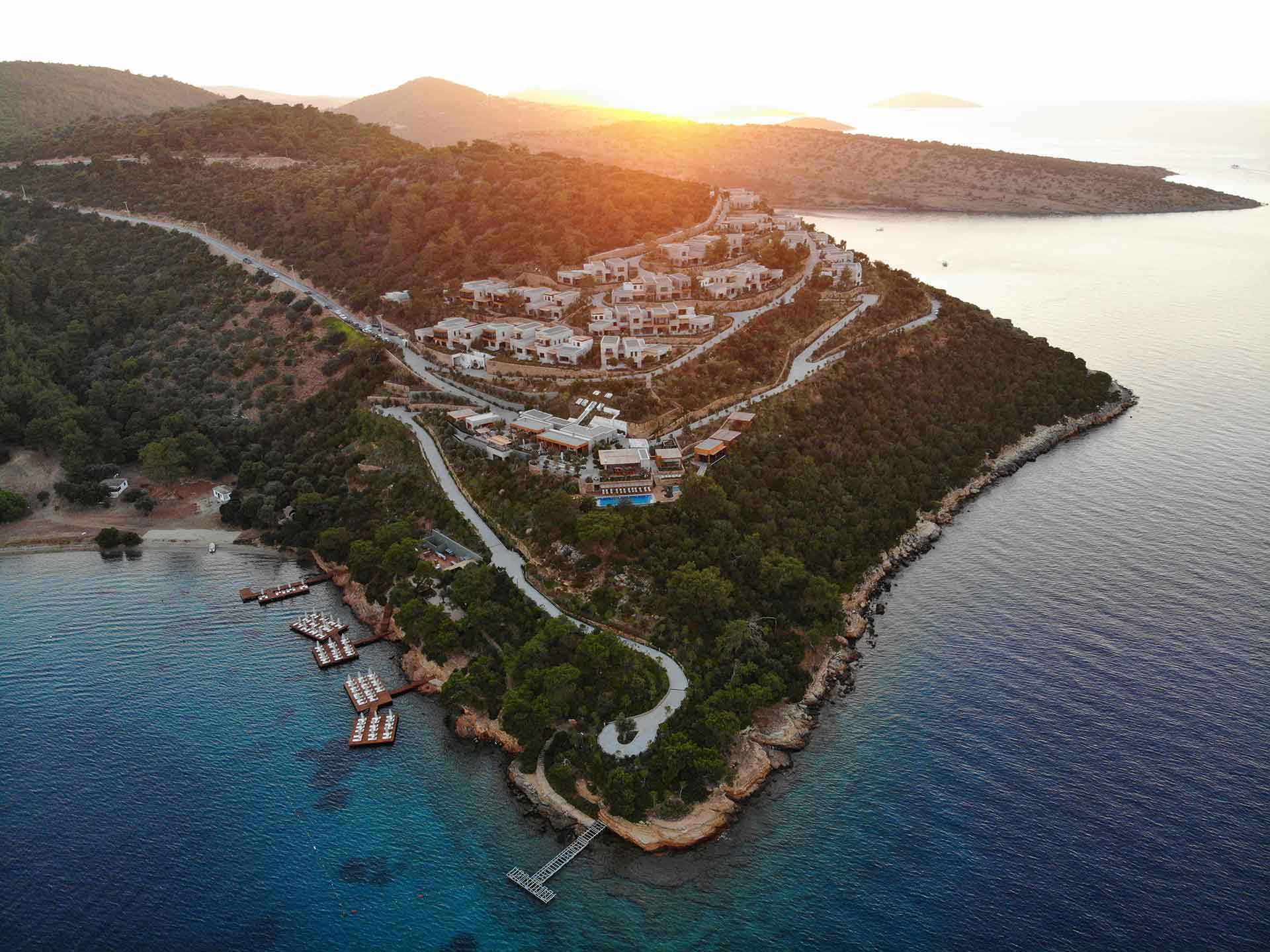 While there’s plenty of development on the Bodrum Peninsula, you’d be hard pressed to notice any of it from within the confines of Bodrum Loft. Much of this is thanks to the geography of the site — not only is it set at the end of its own mini-peninsula, it’s also built like a small village into a terraced, forested hillside, which means that all of its units are enveloped by carefully preserved trees and shrubs, with nothing but the Aegean visible in the distance. 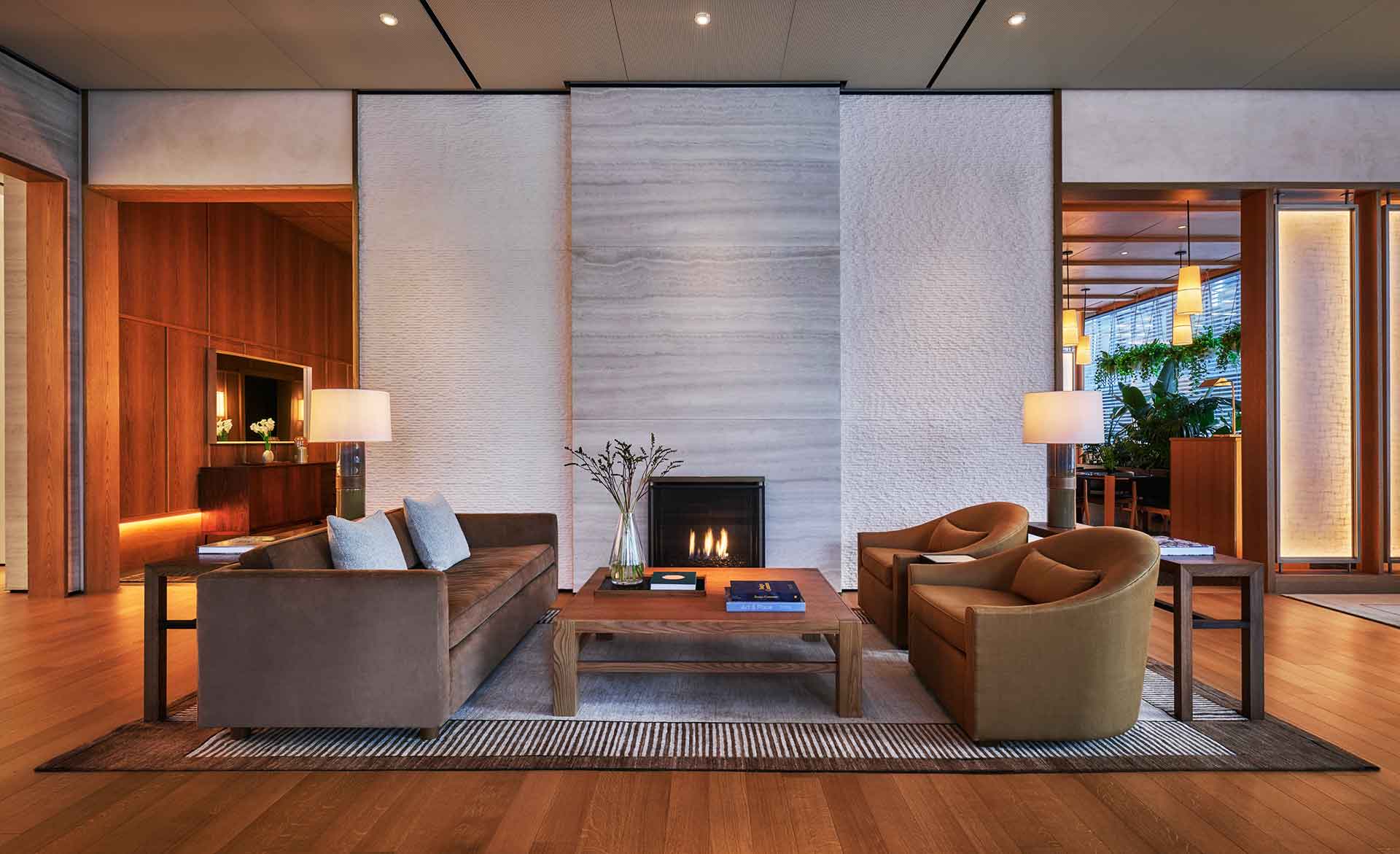 For their first hotel in New York, Pendry — the urban luxury-hotel imprint of the Montage Resorts brand — is staking out new territory. Manhattan West is part of the huge Hudson Yards Redevelopment that’s changed the face of Midtown’s west side, and the Pendry Manhattan West, occupying an undulating glass tower by architects Skidmore, Owings & Merrill, shifts the city’s luxury-hospitality center of gravity a bit further towards the Hudson. 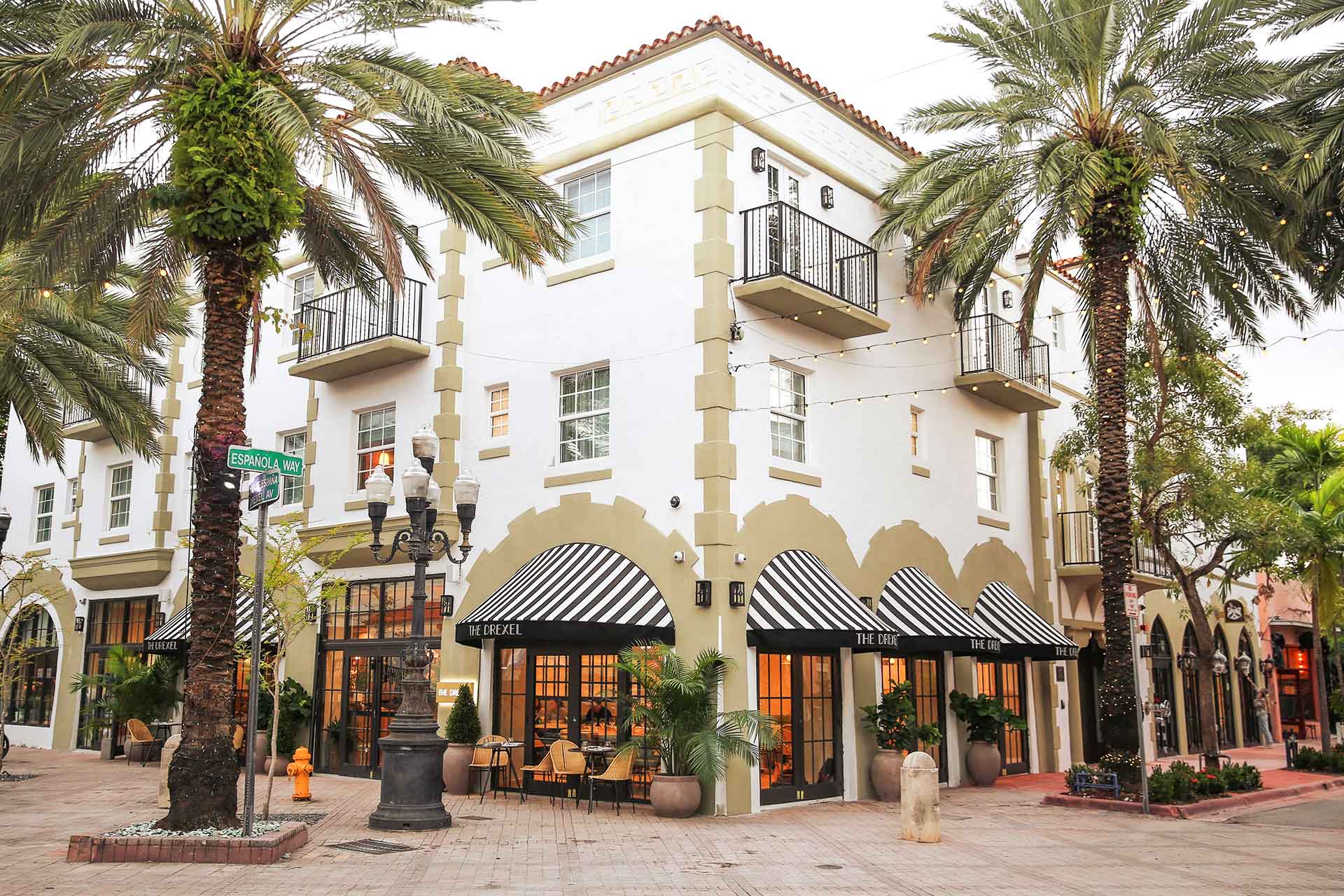 The design concept at Esmé Miami Beach is a bit subtler than the see-and-be-seen atmosphere at most of the town’s big boutique hotels, aiming instead to recall the glory days of famous creative neighborhoods like Greenwich Village or the artists’ quarter of Montmartre. Hiding in plain sight just a block from the Collins Avenue hotel strip, Esmé is a Spanish-Mediterranean gem whose bohemian-luxe interiors establish a warm and slightly retro mood — one that’s got nothing to do, for once, with mid-century modernism. 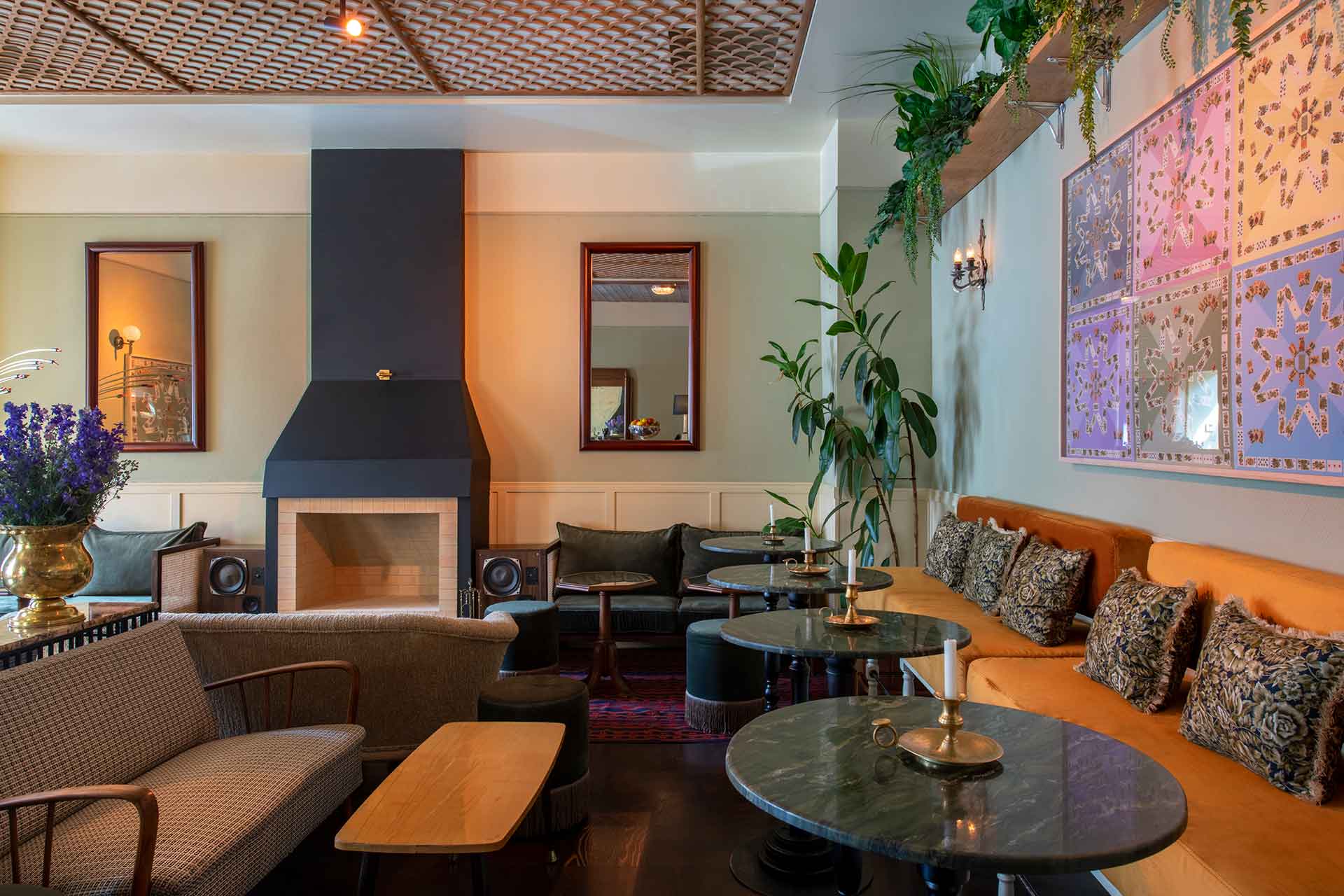 The Communal hotels make use of antique townhouses in some of Tbilisi’s most desirable old neighborhoods — in the case of Communal Plekhanovi, that’s the hip, creative district of Chugureti. With just 14 rooms it’s still guest-house-sized, and at that scale, a hotel can aim for a communal atmosphere without feeling crowded or chaotic. No two rooms are alike, but the hotel presents a unified aesthetic and makes an impression that’s nothing if not memorable. 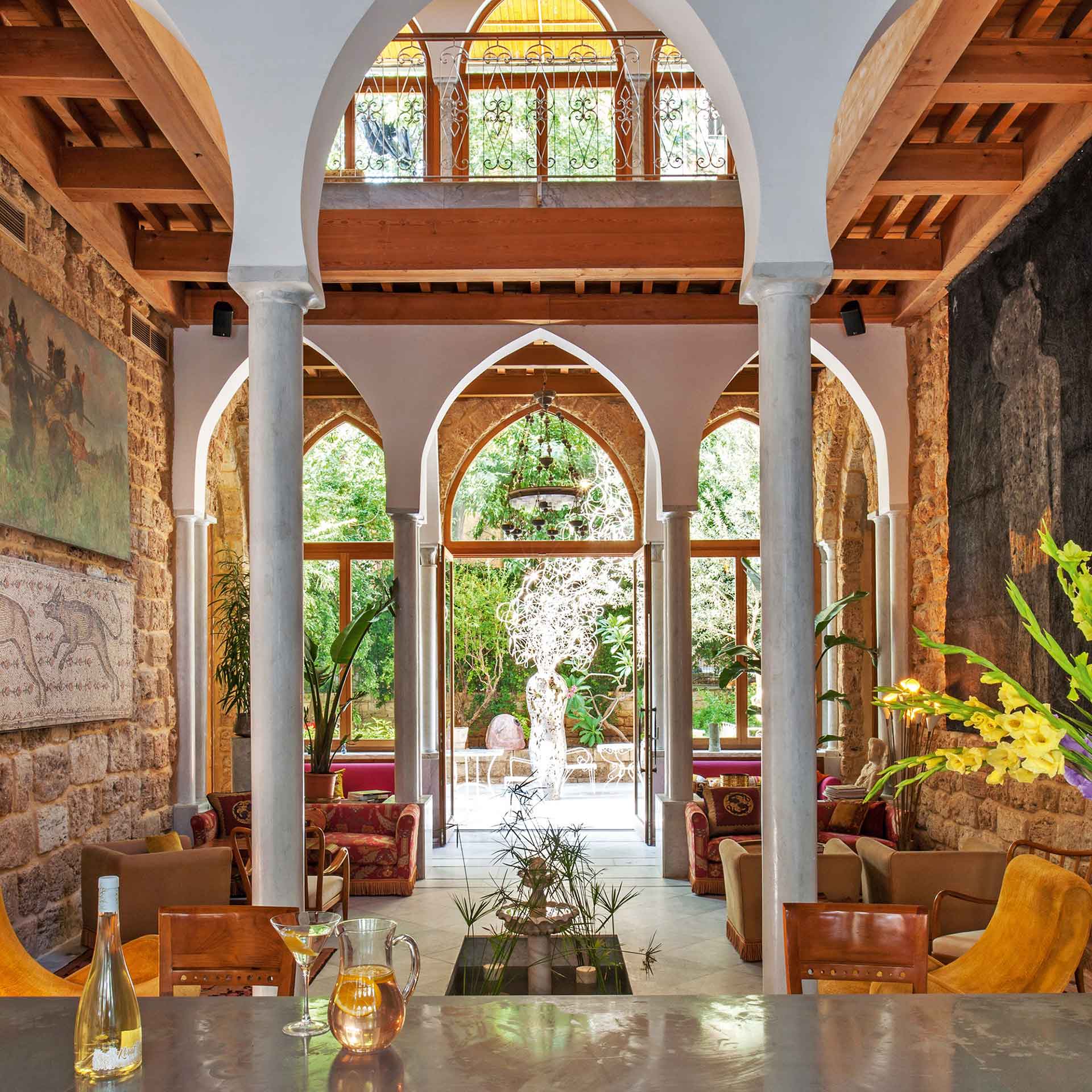 Before they turned it into a hotel, owners Nabil and Zoe Debs lived in this spectacular house in Beirut’s vibrant, bohemian Gemmayze neighborhood — it’s been in the family for generations, but it’s a bit much for one couple, frankly, spread out as it is across four distinct buildings (and incorporating some Roman ruins). Now it’s a high-end boutique hotel with an impressive permanent collection of art, and exhibitions and art-world events are regular features here. 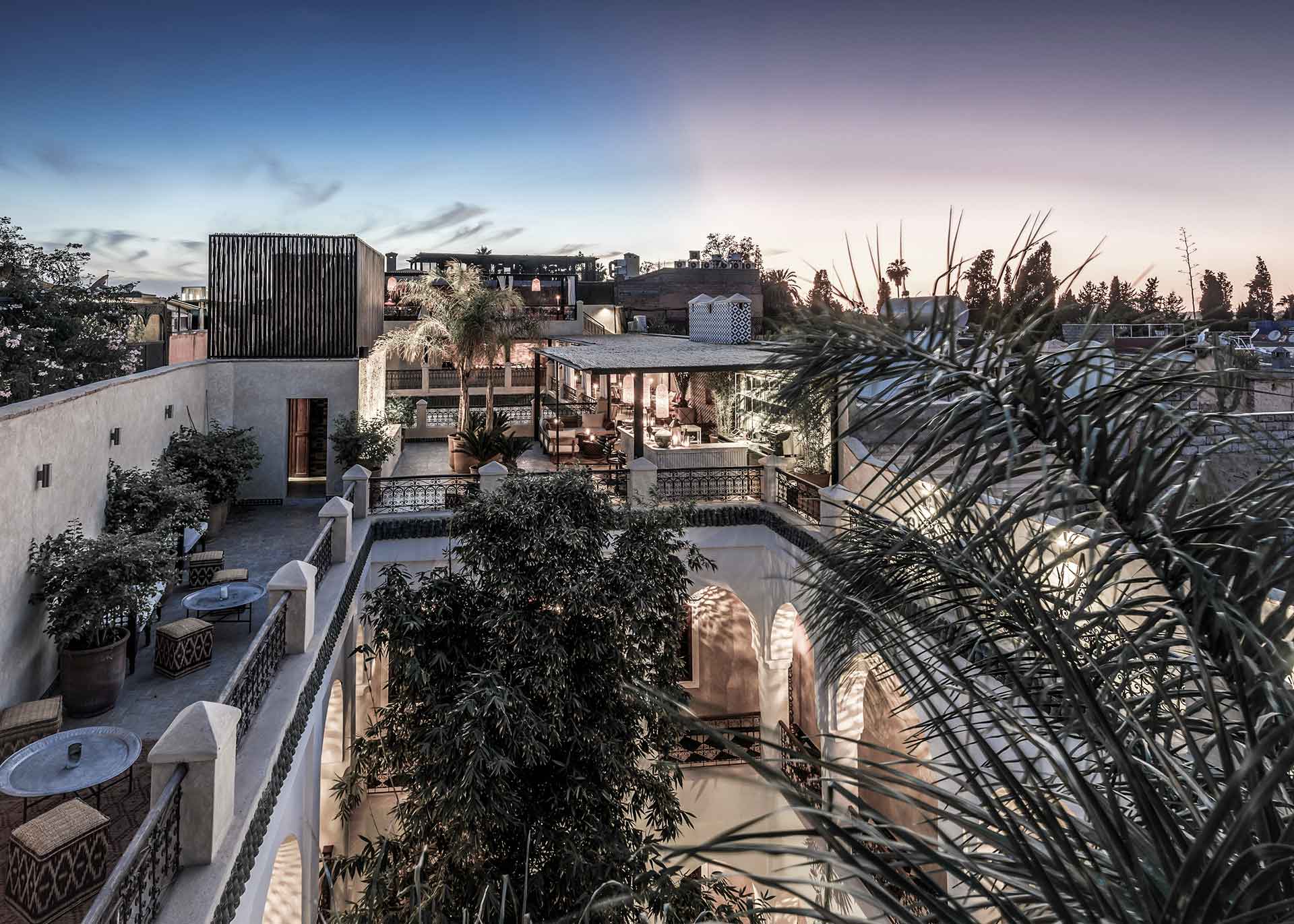 The Marrakech medina is in some ways a trip back in time, but this is also a living, evolving city — perhaps nowhere more so than Mouassine, the corner of the medina that’s home to Riad Sakkan. This is the glamorous, youthful, fashionable side of Marrakech, which explains why Riad Sakkan is, in contrast with most other riad hotels, so strikingly contemporary. It’s a traditional inward-facing courtyard house, yes, but one that’s unapologetically, fashionably modern.

Tablet is how you book the world’s most exciting hotels — places where you get a memorable experience, not just a room for the night. For over 20 years we’ve scoured the earth to find hotels that stand out for their style, service, and personality — regardless of price. Start your next adventure with Tablet, the hotel experts at the Michelin Guide.