It’s no slight to call these hotels slight. Because of their modest size, they’re particularly well-suited to address guest concerns about COVID-19.

When it comes to hotel size, we know that it takes all kinds. But we also know that as countries start to loosen restrictions for travel — either within their borders or across them — Tablet clients are showing increased interest in booking smaller hotels that have a low room count and, consequently, fewer guests on the property.

We decided to help by creating our Staying Small series, which identifies selections of hotels that have 20 rooms or fewer. The series started in Italy, then moved to France. For the third installment, we’re widening the net and covering the Northwest European countries of Belgium, Germany, Sweden, Scotland, England, Norway, and the Netherlands. We obviously couldn’t list every terrific tiny hotel from those seven nations (or the 4–8 other countries Wikipedia lists as being part of the unofficial region), so we decided on a sampler of some of our favorites. Feel free to call out any others you love in the comments below. 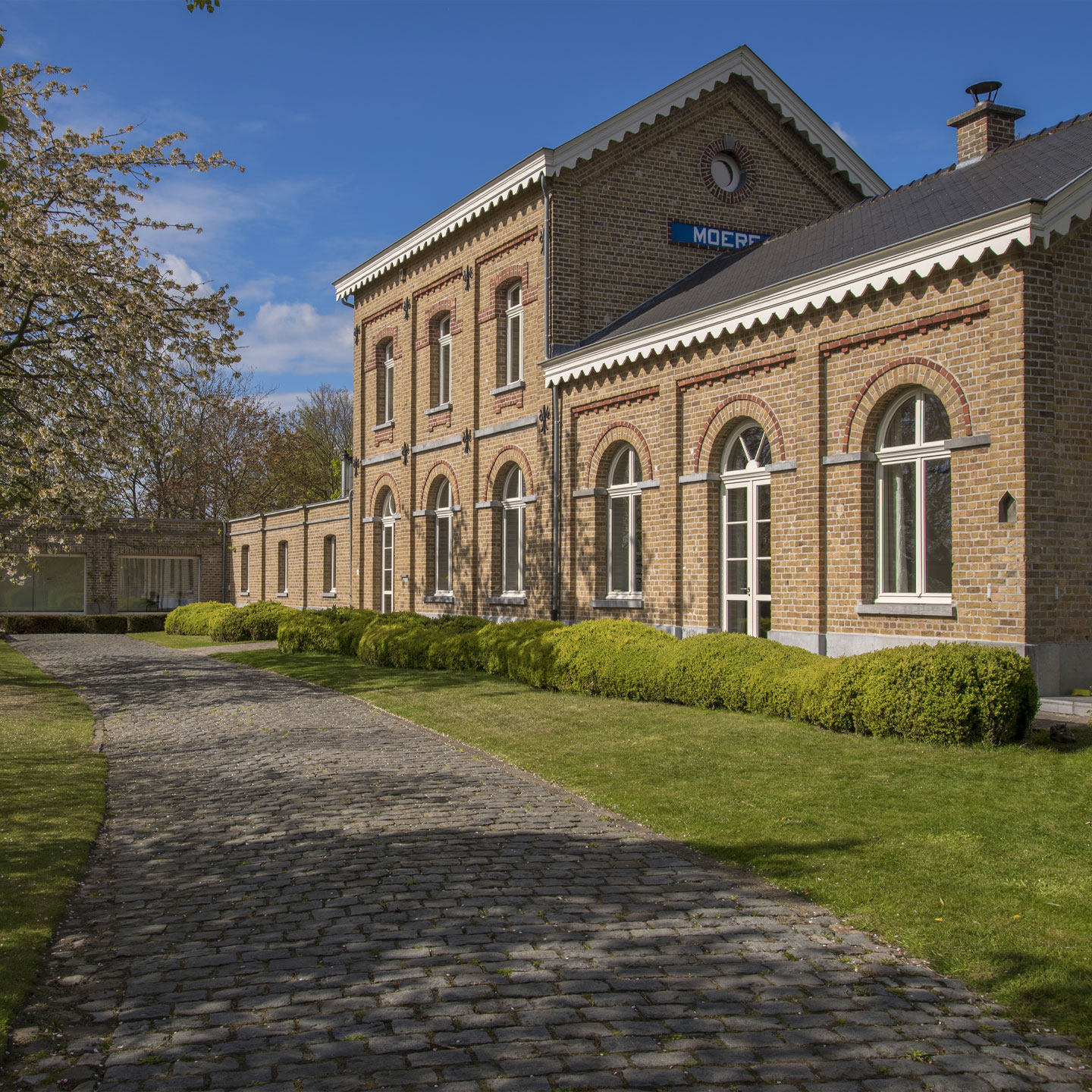 If there’s another hotel quite like it, we don’t know about it. Spoor 62 is a masterfully designed two-room b&b housed in a historic railway station in the countryside outside Bruges. It’s clear that great care went into restoring the old brick station, a stop on the storied Pullman Express line between Paris and the resort towns of the Belgian coast, and today it positively glows with warmth and an understated countryside glamour, just as it must have done when affluent Parisians were passing through in the Twenties on their summer vacations. 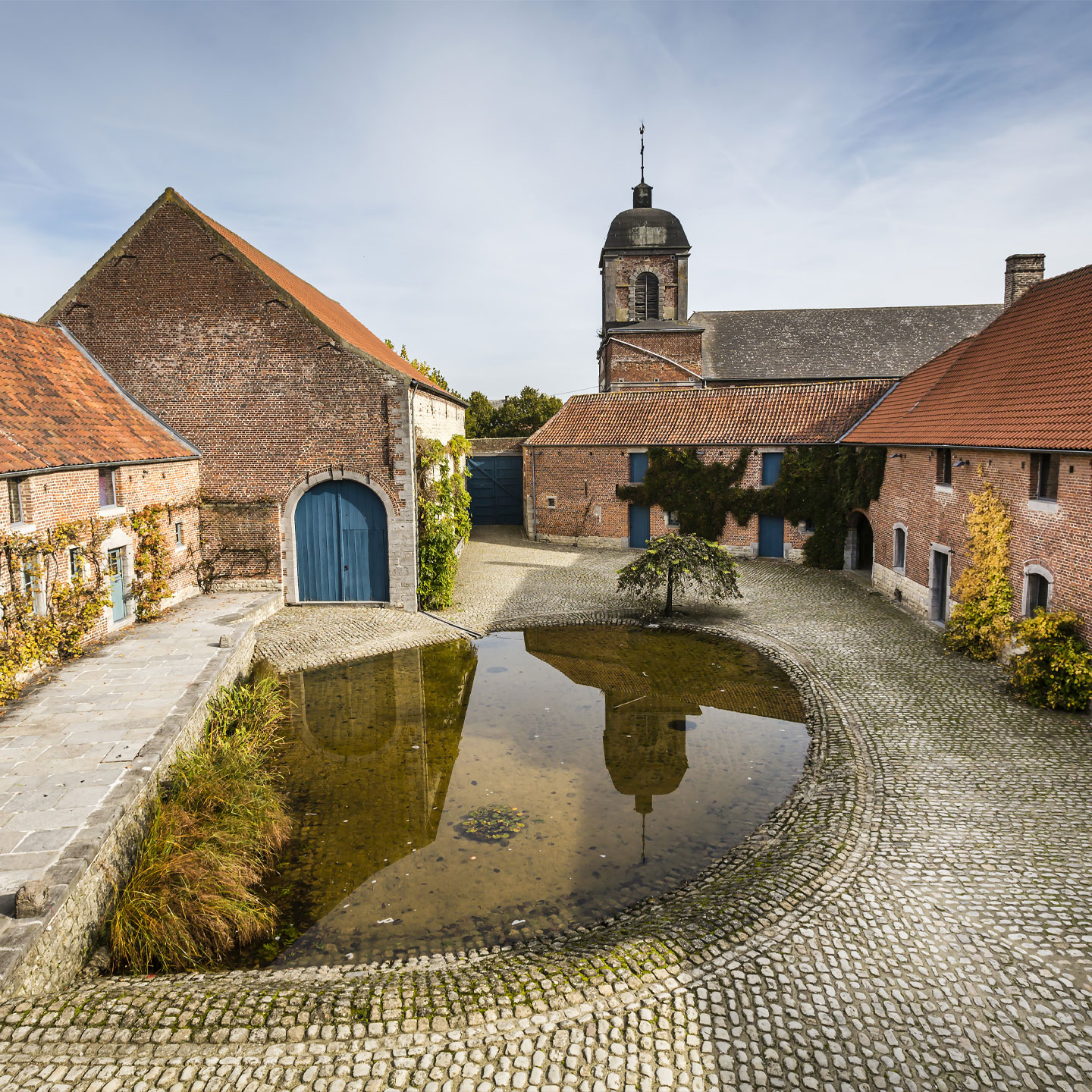 You don’t have to get very far out of Brussels before urban life gives way to peaceful countryside. Indrani Lodge is less than an hour’s drive from the city center, in the village of Loupoigne, but that’s more than far enough for this restored medieval farm to serve as an escape for all sorts of travelers, from couples on the run for a weekend from Brussels to a full house of guests attending one of Indrani Lodge’s yoga retreats. (Yoga is a year-round specialty here.) 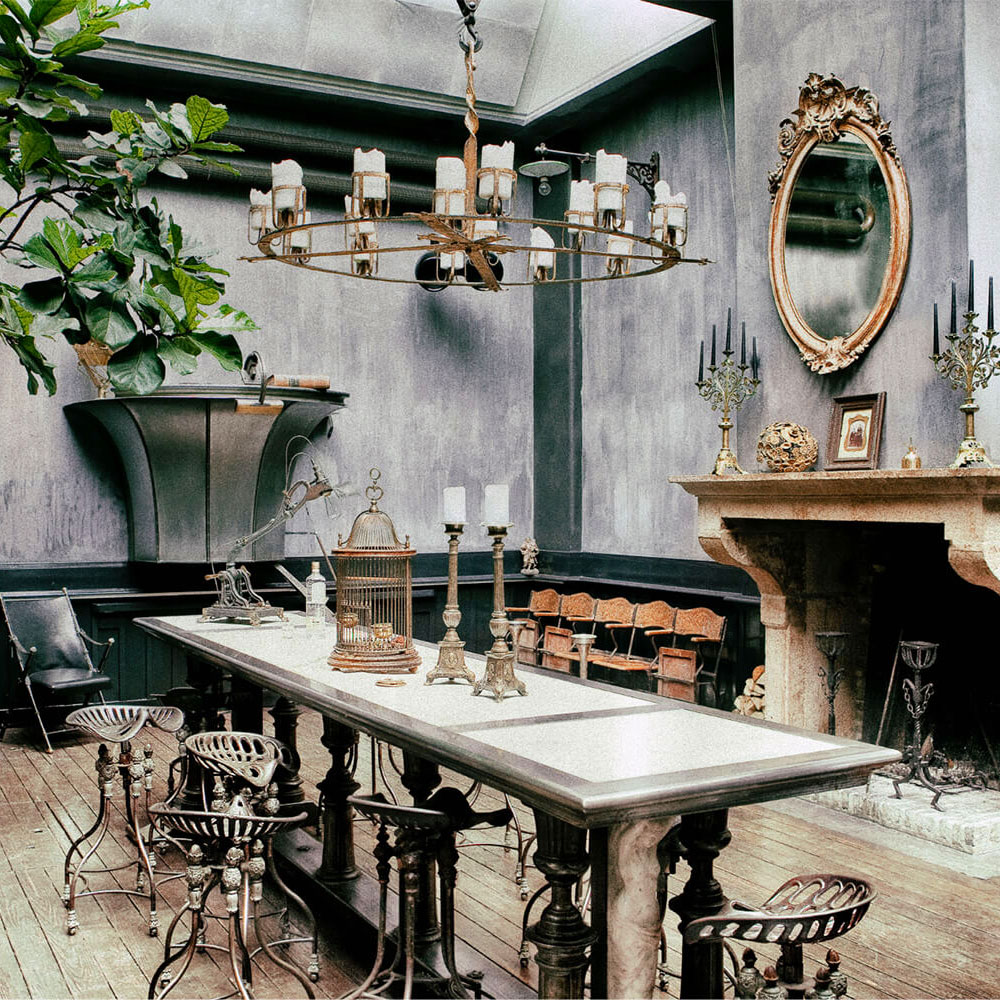 Mayer Manor is that rarest of beasts, the one-room hotel — but to be perfectly fair, this particular hotel would be beautiful at any size. For one thing, it’s an insanely eclectic space, giving the lie once and for all to the notion that everything Dutch has to be bubbly and futuristic. The building’s rebirth and restoration was inspired by its 19th-century history as well as its pre-history as a 15th-century convent. 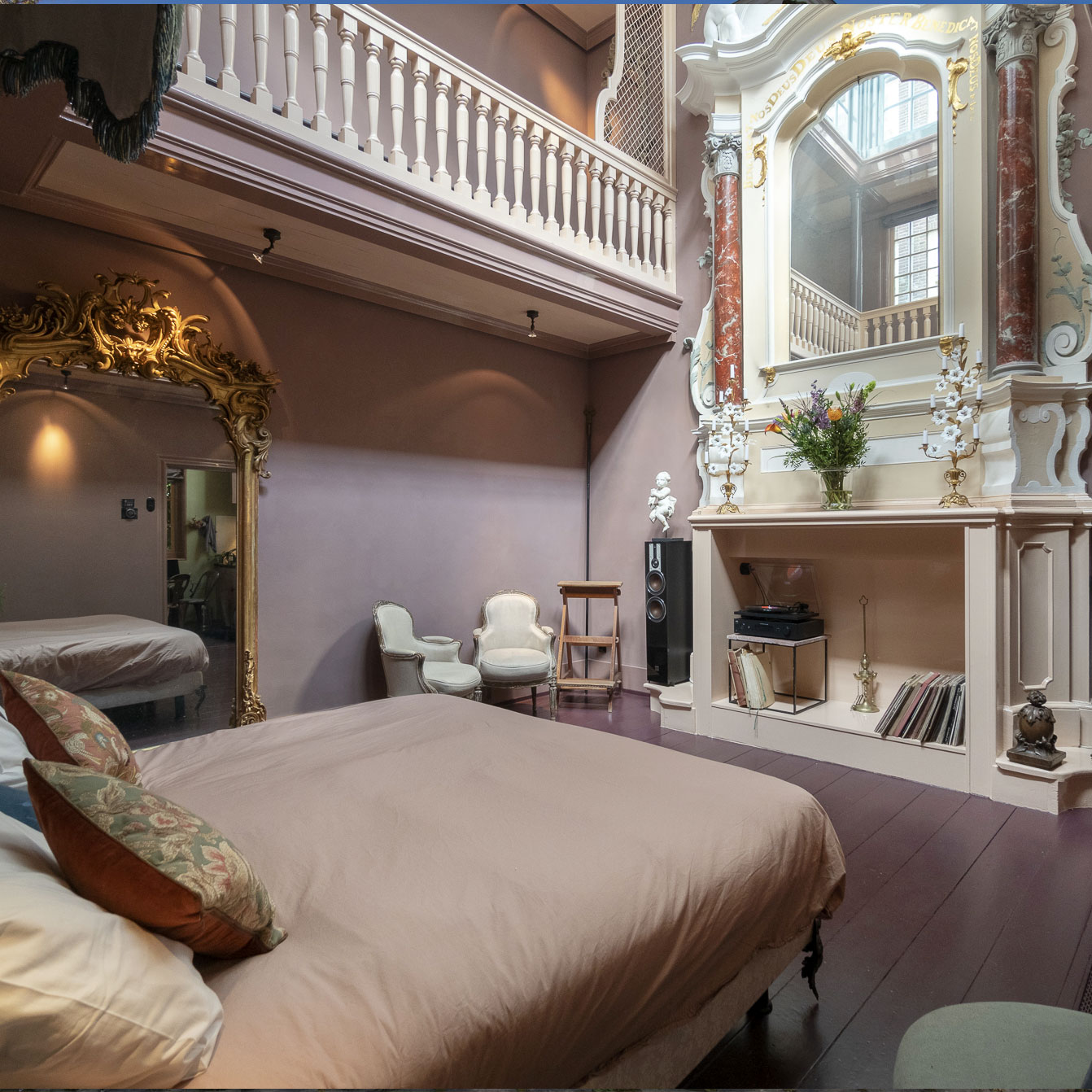 The first of the Private Mansions hotels was the dark and moody Mayer Manor — so for a sequel they went in a brighter, sunnier, more heavenly direction. Newly added is the Secret Chapel, an option a short walk away for guests who find the original Manor to be altogether too conventional a lodging. This one is more or less exactly what it sounds like: a chapel used in secret by Catholics during the 18th century, now upgraded with a kitchen, a claw-foot tub, and a bed where the altar used to be. 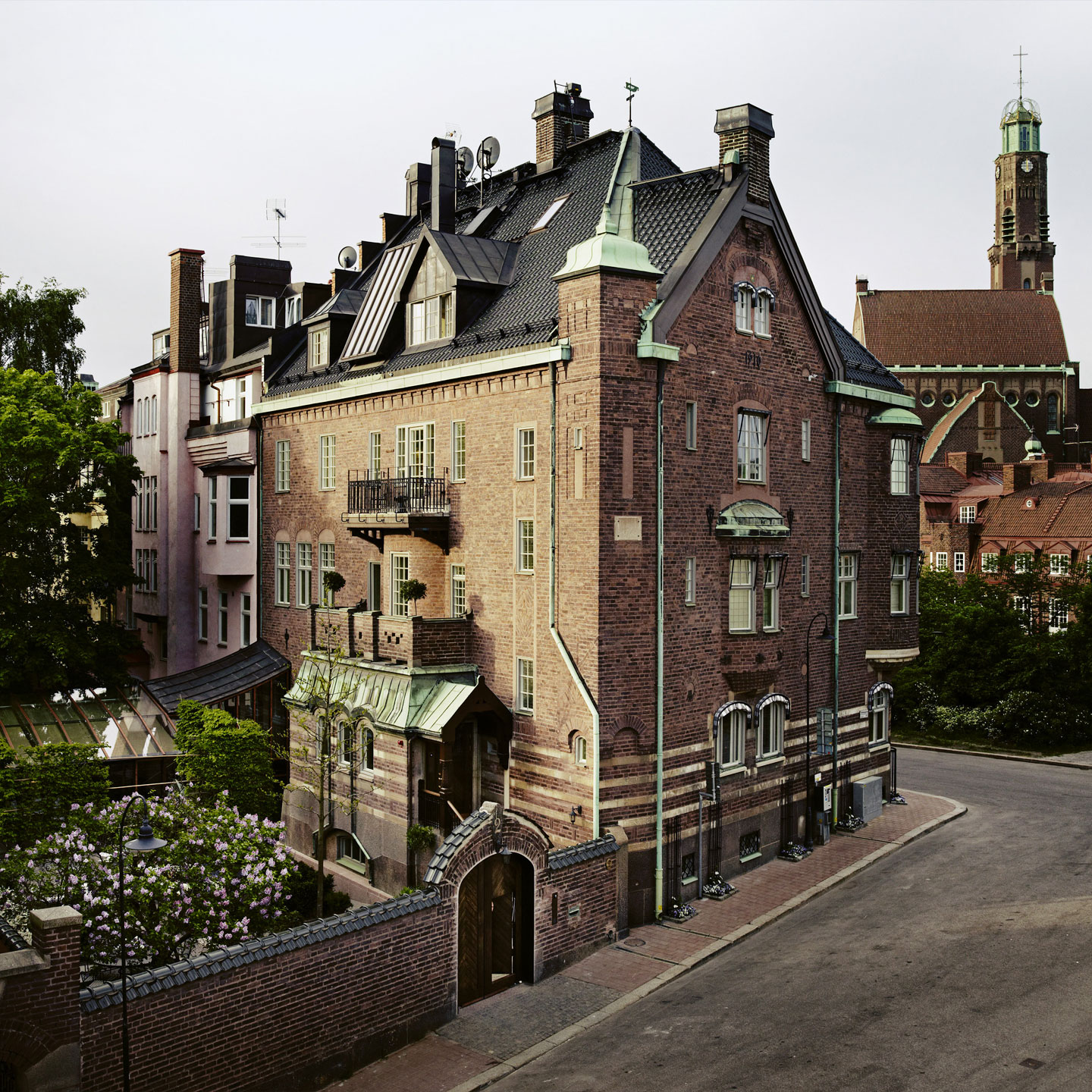 In the Sixties Stockholm was the capital of the kind of modernism that’s synonymous with “Scandinavian” design. Nowadays that utopian, vaguely futuristic look is the last thing on anyone’s mind. In the Nordic countries, the best hotels — and their guests — are devoted to something much warmer, a luxe, stylish sort of coziness, and an eclectic approach which makes use of mid-century modernism as just one element among many historical references. Ett Hem is probably the finest example anywhere of the form. 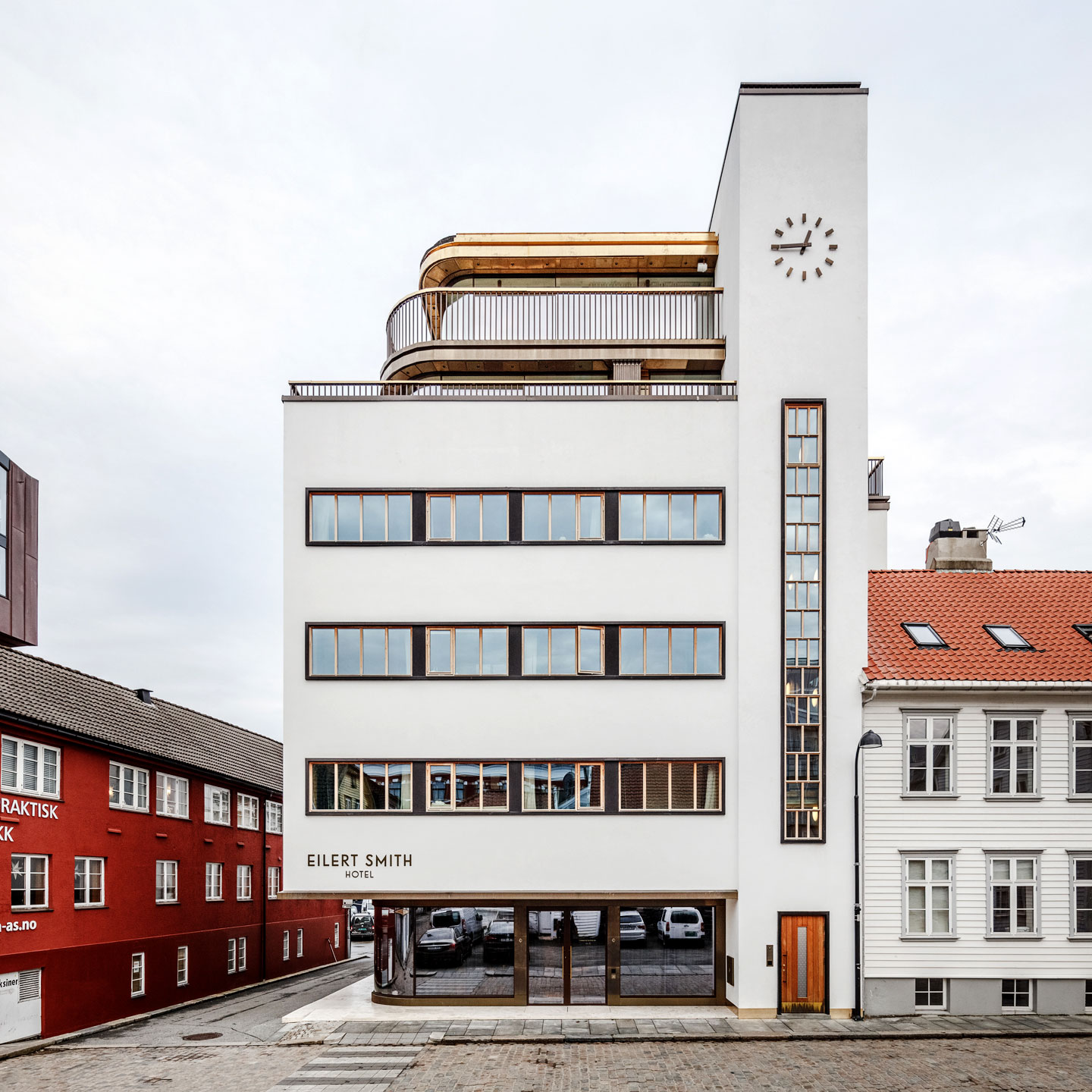 The Eilert Smith Hotel is nothing if not unique. It’s a converted 1930s warehouse by an architect of the same name, whose early-modernist Functionalist style now stands in stark contrast to the traditional wooden houses and contemporary glass buildings that make up the rest of the cityscape. What makes it a compelling destination, though, isn’t the building so much as what’s inside: 12 quietly stylish rooms, yes, but most importantly, RE-NAA, the only restaurant in all of Norway to be awarded two Michelin stars. 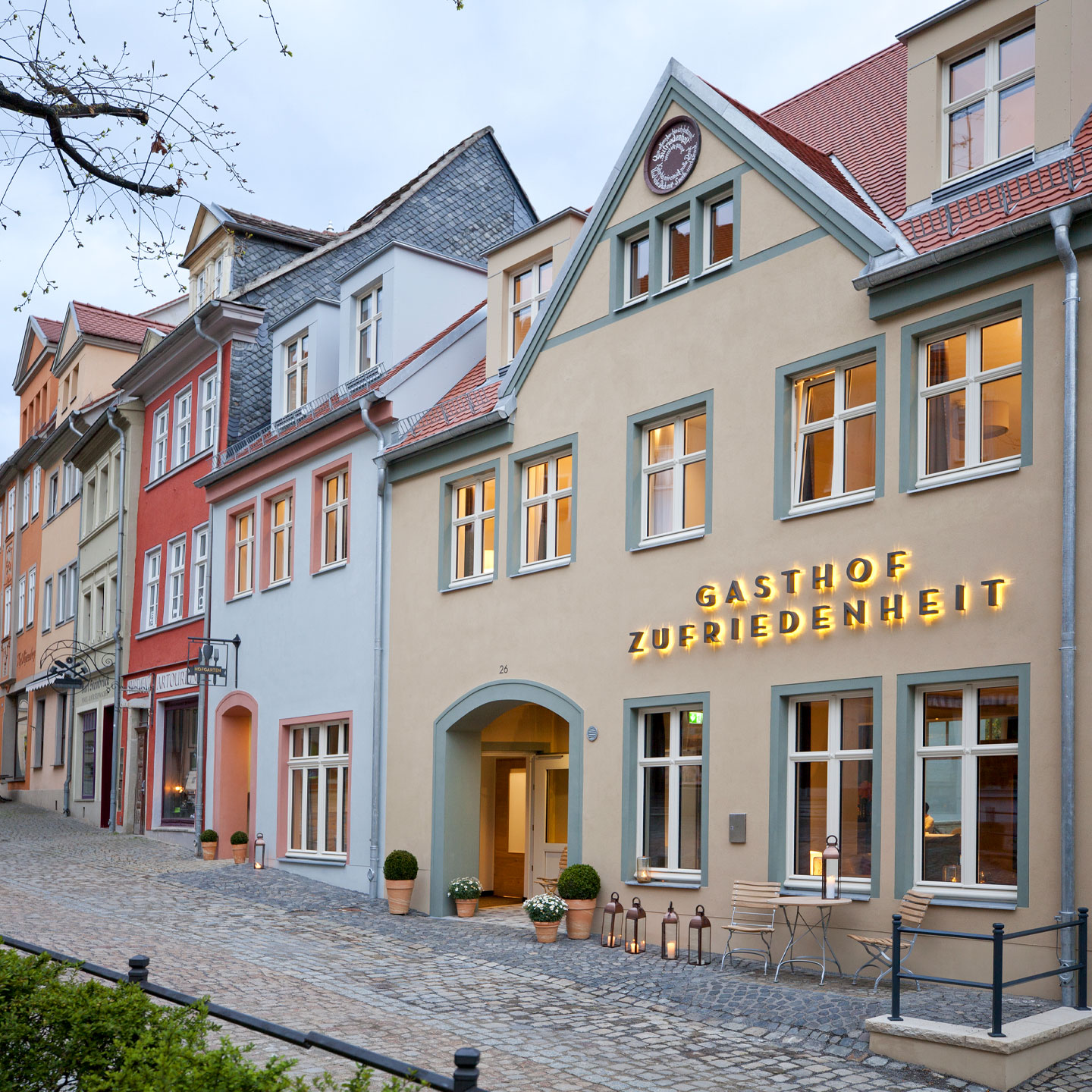 The medieval town of Naumburg was a big deal in the so-called High Middle Ages, a stop on a major trade route and home to an impressive cathedral which is one of the town’s greatest attractions today. Against this rich historical backdrop, a little bit of contemporary design goes a long way; this explains the impact of Gasthof Zufriedenheit, a hotel whose 19th-century bones were thoroughly renovated in 2016, resulting in something that’s subtly modern and surprisingly stylish, yet still in keeping with Naumburg’s deep roots. 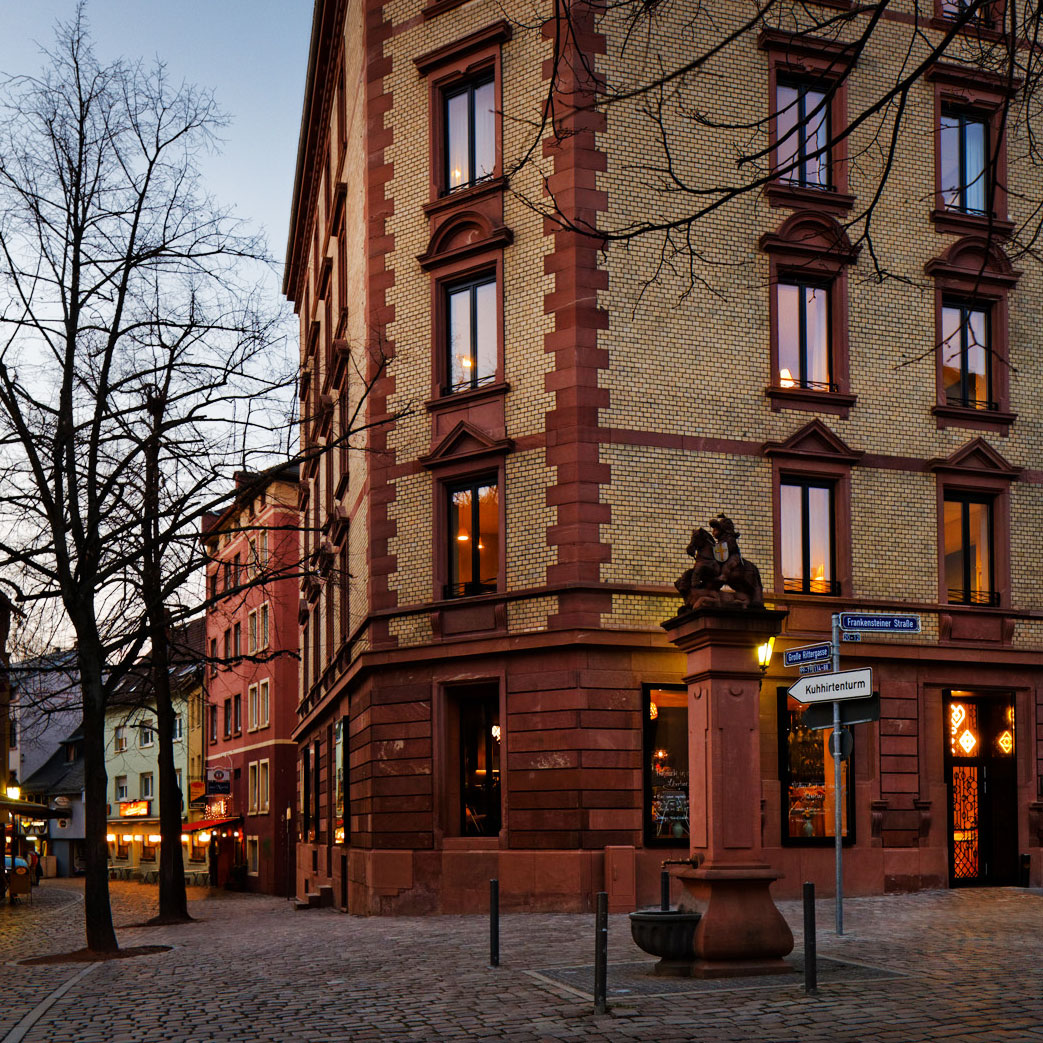 Libertine Lindenberg signals with its name a slightly more freewheeling approach to the communal-hotel idiom. That’s due in part to its setting in Frankfurt’s cobblestoned Alt-Sachsenhausen district — also known as the “apple cider district” due to its classic taverns and museums, though a younger and more avant crowd has taken up residence as of late. The Libertine fits right in, that is, every inch of its arty, cozy personality a quiet rebuke to Frankfurt’s buttoned-up, businesslike image. 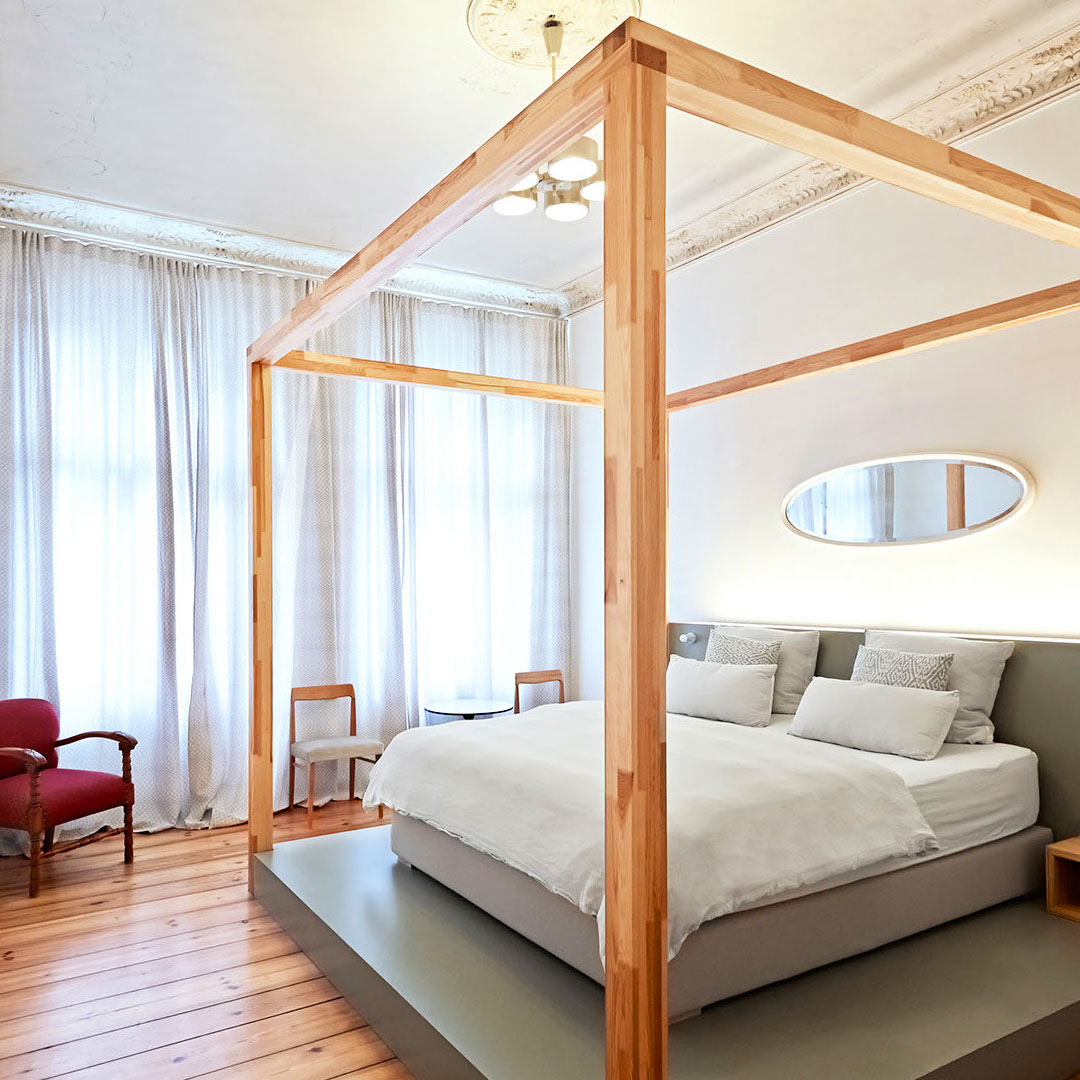 Call it an urban inn, a serviced apartment, a home-stay with a little extra privacy — whatever it is, Prenzlauer Berg’s five-room Linnen isn’t a typical hotel. That much is clear as soon as you arrive. Check-in takes place in a quirky little café on the ground floor, where you’ll often find one of the owners chatting with local coffee-drinkers and welcoming in new guests. There’s a strong temptation to just drop your bags and hang out a while, but continue upstairs and you’ll find five homey, off-beat rooms that are positively packed with character. 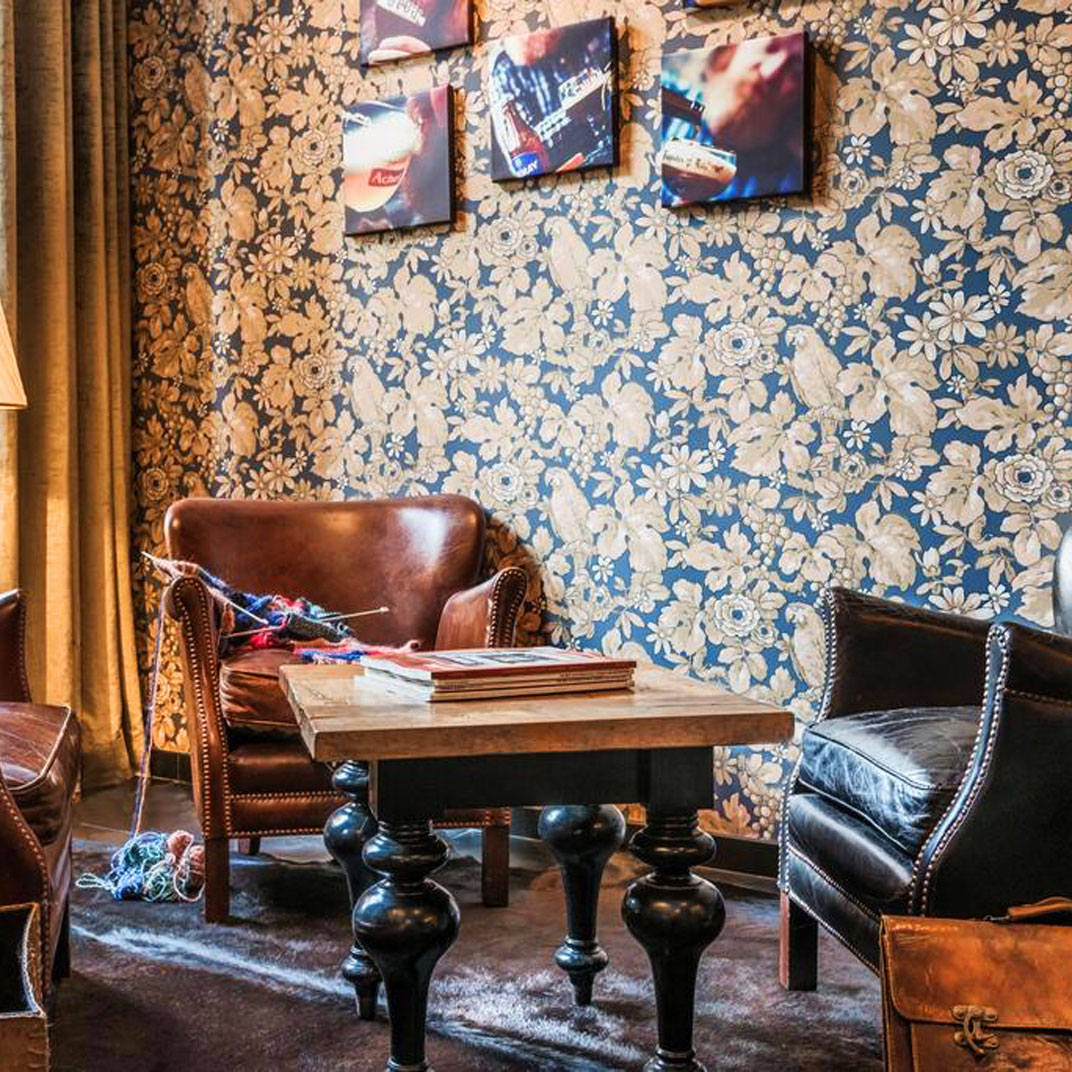 It’s a weird place, the Main Street Hotel, and given how well they’ve orchestrated all the weirdness, we’ll count that as a good thing. Each of the six rooms is a bit like a toy-chest, stocked with the sorts of curios that will make you want to do a lot of poking around, opening up all the drawers to see what’s inside, turning things over in your hands. And there’s a lot of faux fur; let’s get that out of the way. But if you can get past that initial feeling of what-the-fuzz-is-going-on, the anything-but-mainstream Main Street hotel is in fact a very fun place to stay. 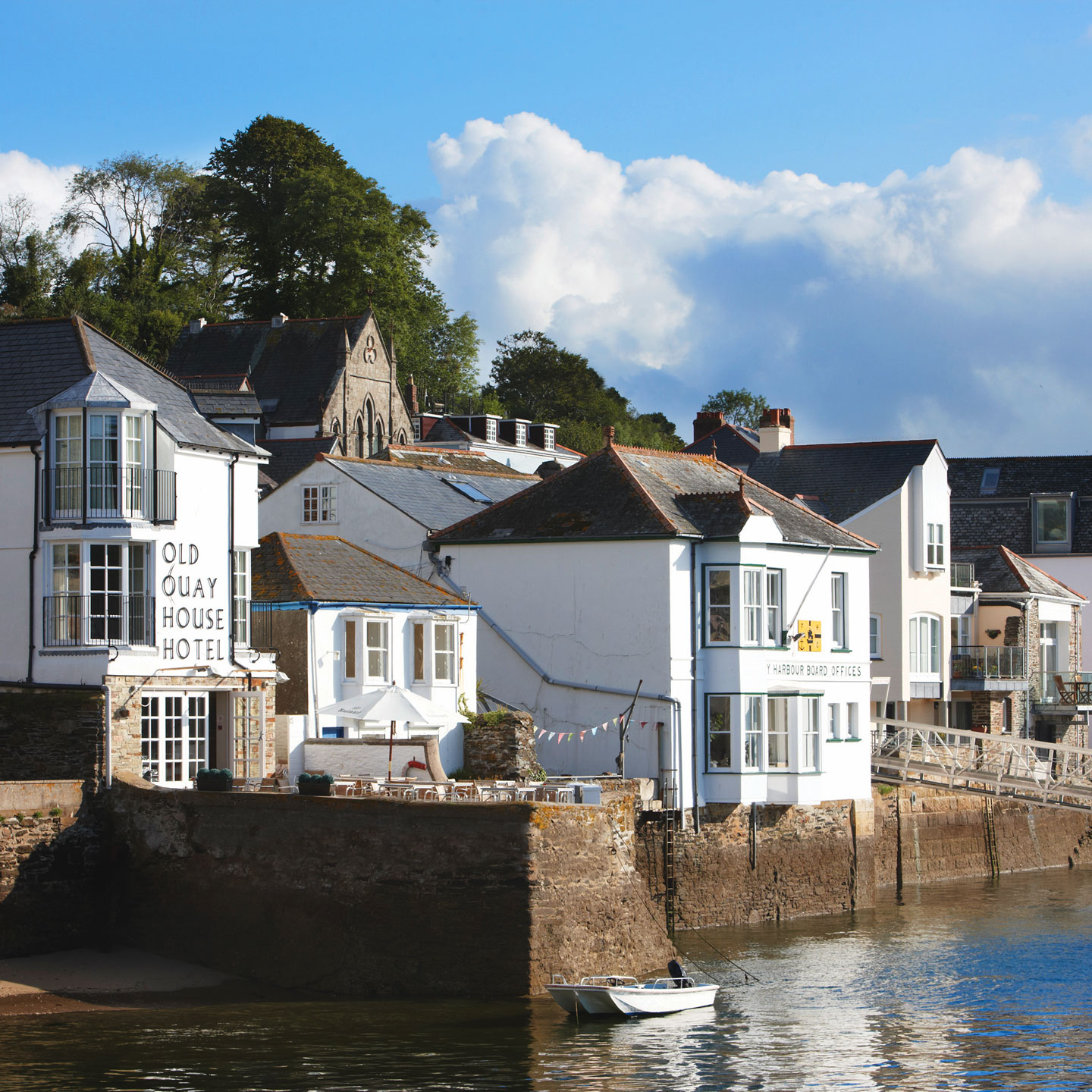 For such an intimate hotel — it’s small, with just eleven rooms, and family-owned — Old Quay House is a remarkably well-polished place. The owners, it turns out, are no strangers to the hotel business, so service is sharp and the interiors are sophisticated in their confident restraint. The building is perched dramatically at the water’s edge, and several of the rooms look out over the estuary from private balconies. It’s as restful as can be, just watching the boats pass by, with little to disturb the near-perfect quiet. 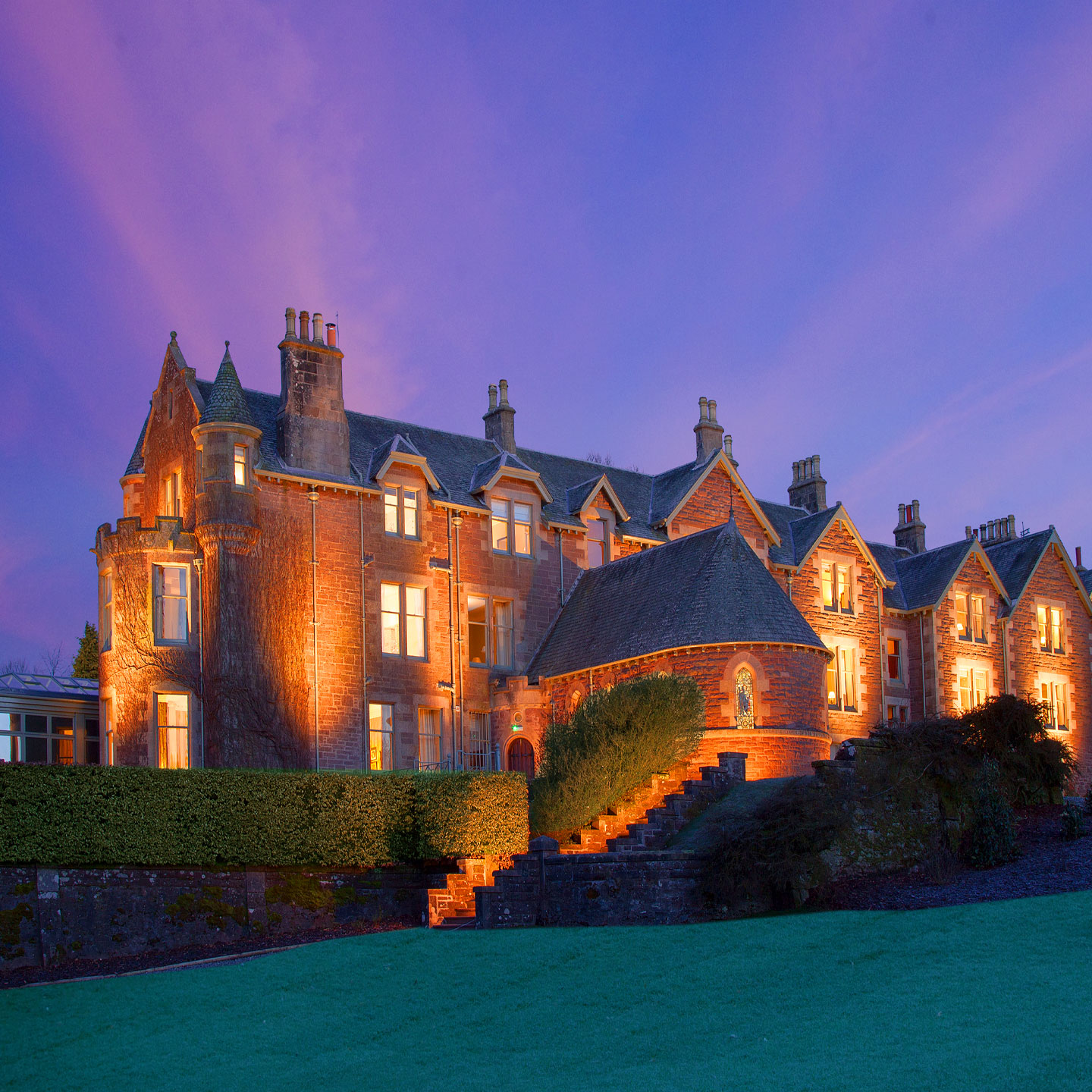 Scottish tennis champion Andy Murray grew up in Dunblane, the next town over, so when Cromlix, a family favorite, came on the market, he jumped at the chance to buy it. And what’s perhaps most surprising for a classic hotel with a young celebrity owner is just how traditional Cromlix remains. It’s a proper Victorian-era country house, built in 1880, and while it’s seen quite a bit of attention from more than one contemporary designer, the basic character of the place is left very much intact, but never exaggerated. 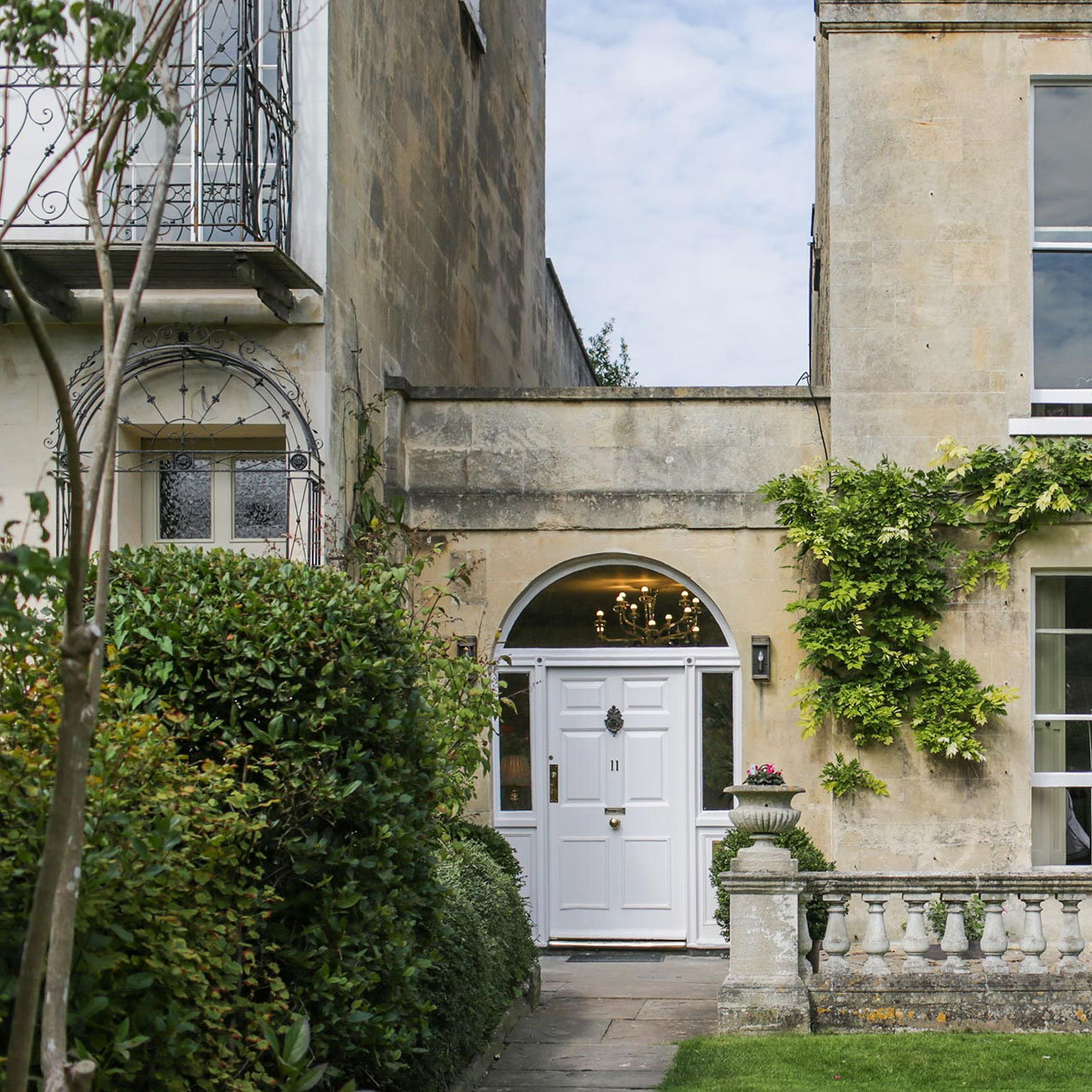 Bed, breakfast, Bath. It’s not just a checklist of the minimal requirements for a hotel stay. It’s also a handy description of Grove Lodge, an actual bed & breakfast in Bath, the spa town in the English countryside famous for its Georgian architecture as it is for its 2,000-year old thermal spa built by the ancient Romans. Grove Lodge is a mile or two down the road from the Royal Crescent, the city’s grandest landmark, and it has just three apartment-style suites, each with its own drawing room and unobstructed garden views. 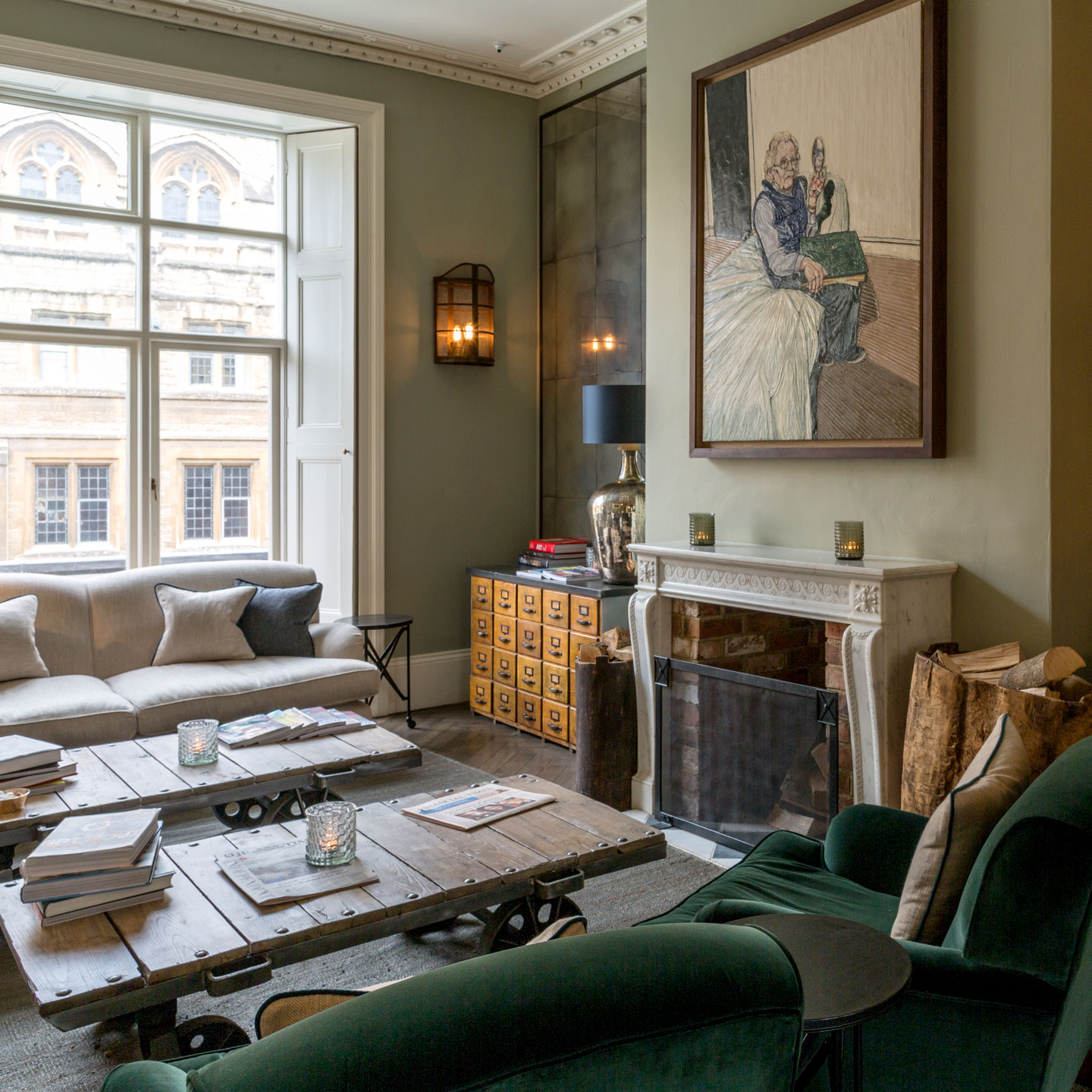 The slightly sleepy Cotswolds town of Cheltenham might not be the first place you’d think to look for a lively and self-assuredly stylish boutique hotel that mixes country-house charm and urban-industrial chic. But that’s just what you’ll find in No. 131, a grand Georgian villa facing the town’s Imperial Gardens, once derelict but lovingly restored over the space of several years by restaurateurs and hoteliers Sam and Georgie Pearman. They’ve got a way with restaurants, and No. 131’s is no exception, serving contemporary English classics in a number of attractive spaces. 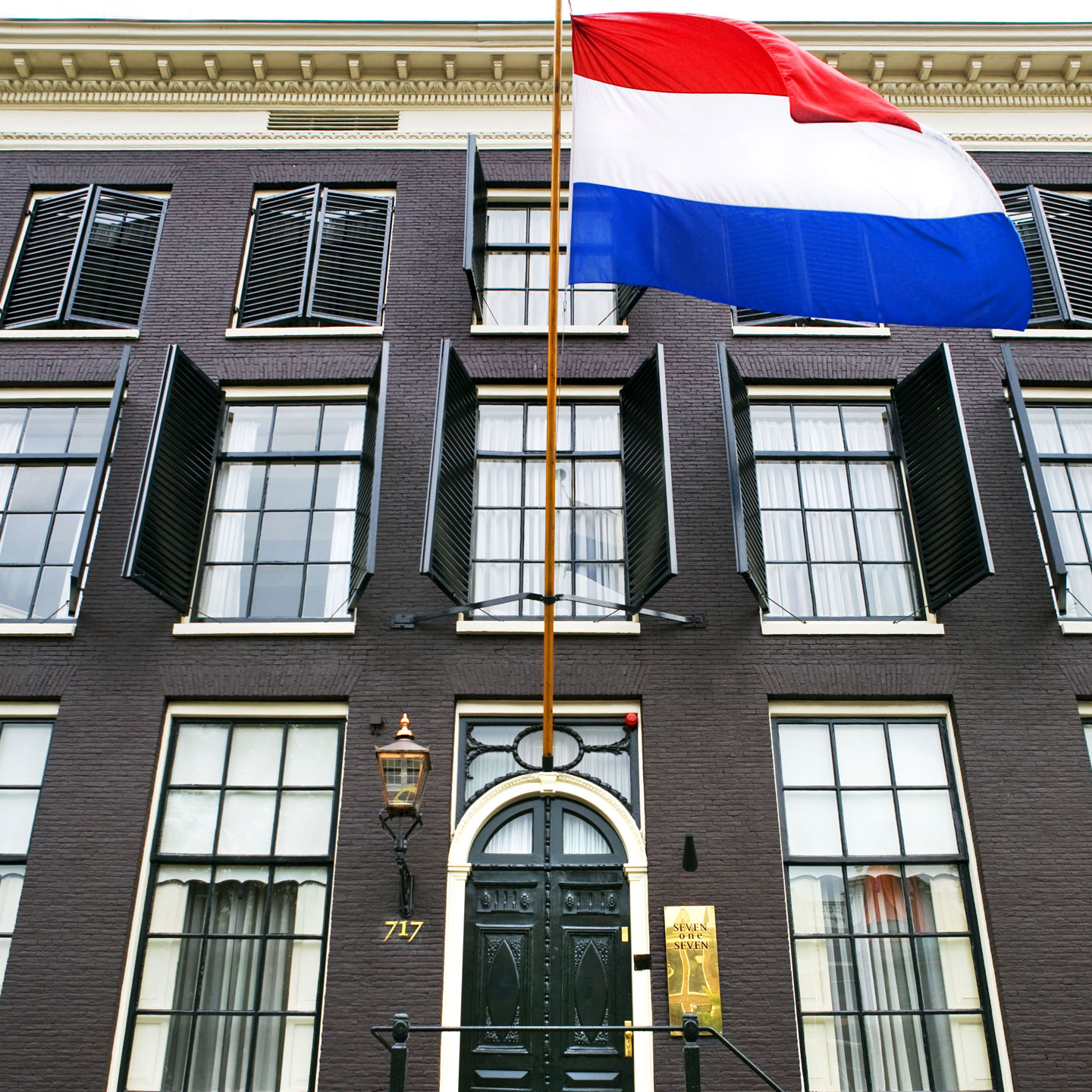 Seven One Seven is as traditional and as haute-luxury as they come, just nine sumptuous suites in a landmark 19th-century house along the Prinzengracht, outfitted in absolutely classic style by the former owner, the fashion designer Kees van der Valk. The hotel’s own promotional materials sell Seven One Seven as an “exclusive private guesthouse,” which is pretty much right on the mark. Privacy and discretion are quite obviously the order of the day, and in a nine-room guest house you can get as much personalized attention as you need. 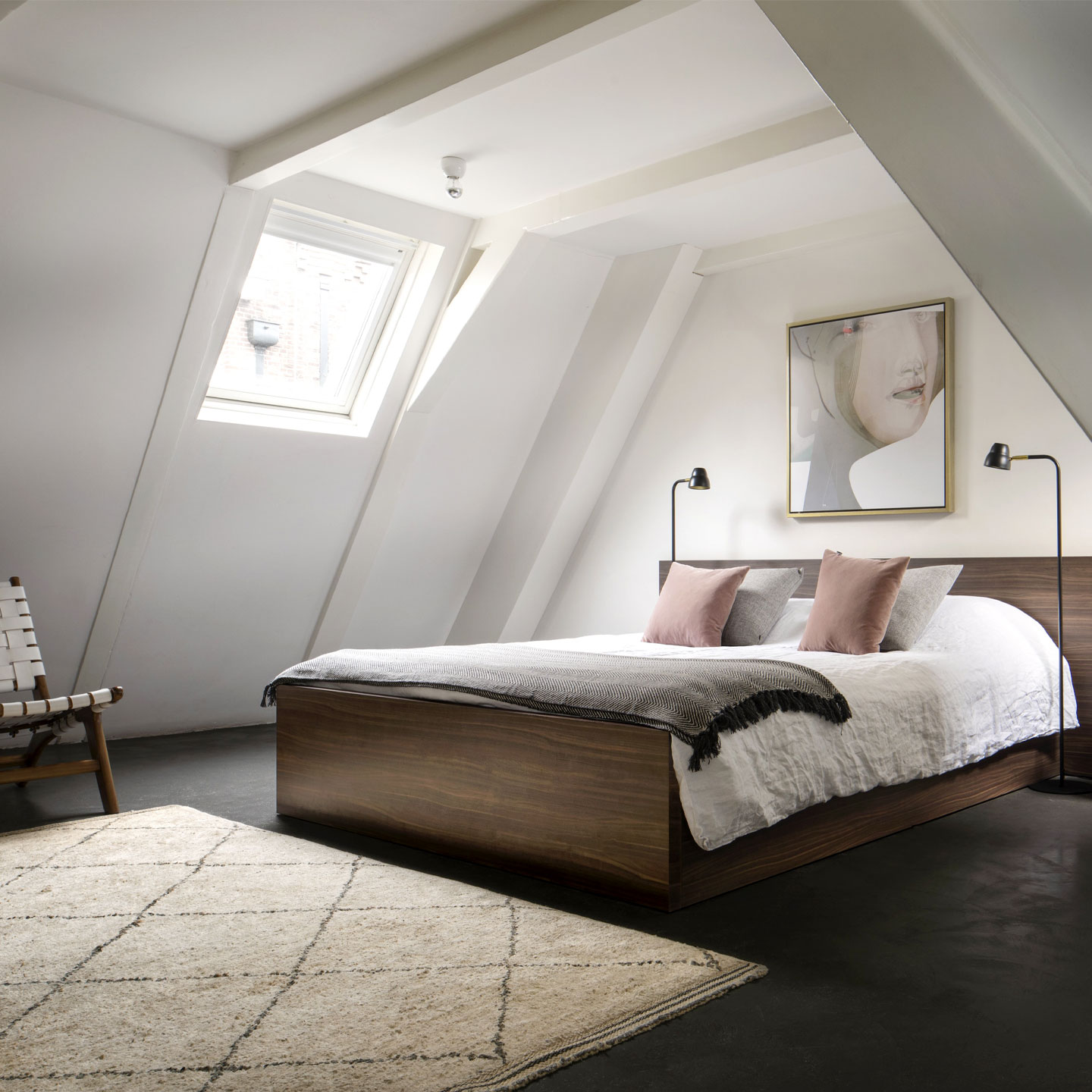 In a city more defined by its quirky residential architecture and its maze of little canals than by singular, monumental sights, the big statement-making hotels, for all their appeal, can feel a bit out of place. The more natural fit is an intimate bed and breakfast like La Remise, tucked away on a tiny residential street in the canal district. While the scale of La Remise is mom-and-pop, the style is anything but — unless, of course, the mom and pop you’re envisioning are hip Amsterdamers who possess a keen taste for modern Dutch design. 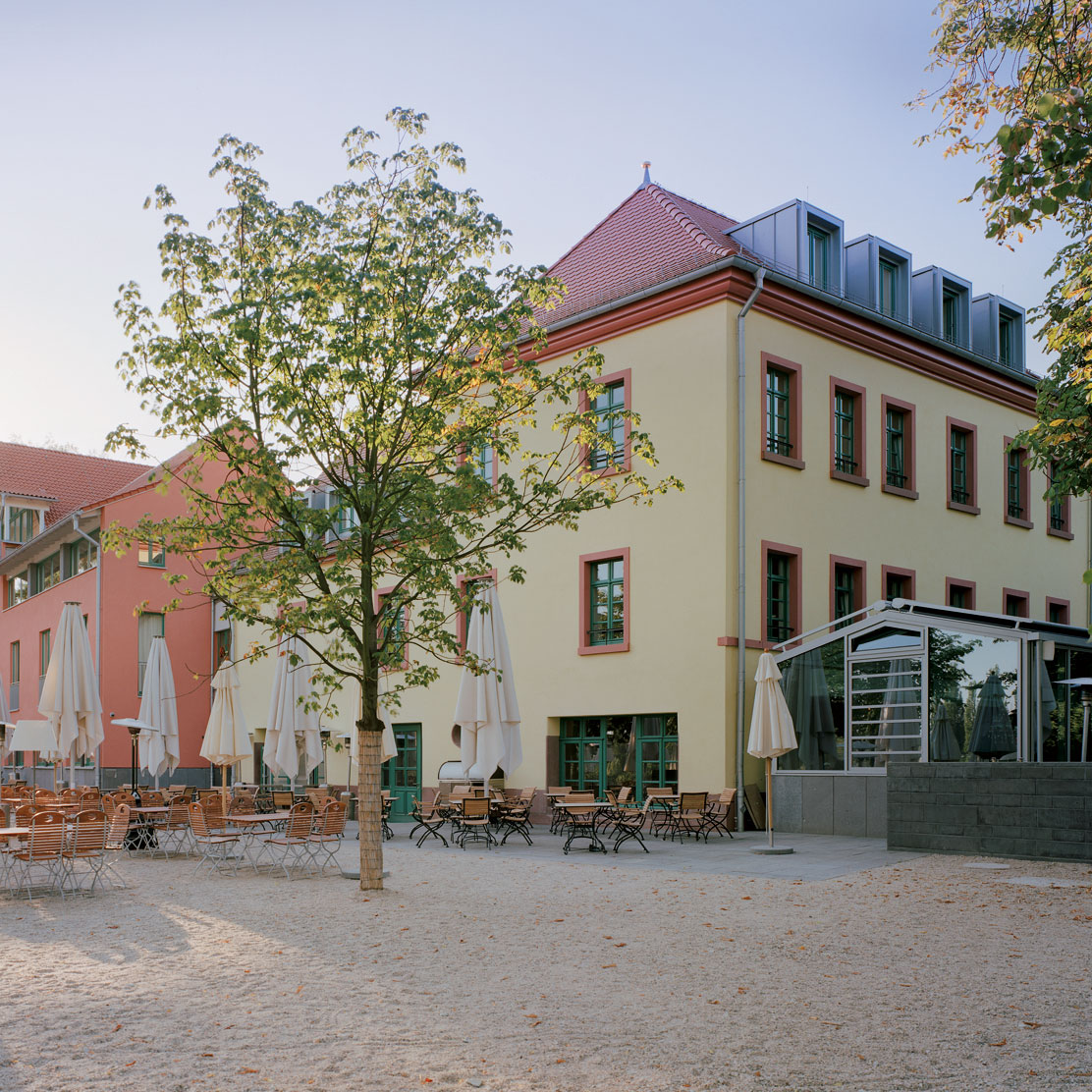 Some of the best contemporary-design hotels are renovations of existing buildings. But few start with structures as storied as Frankfurt’s Gerbermühle. This 16th-century flour mill had a second or third life as a local businessman’s summer house, where Goethe met his Marianne — and now it begins a fourth or a fifth, as a stunningly up-to-date boutique hotel, enclosed within a classic shell. It’s unexpected for Frankfurt, a city perhaps better known for its skyscrapers. The interior, however, is perfectly suited to this fast-paced financial center. 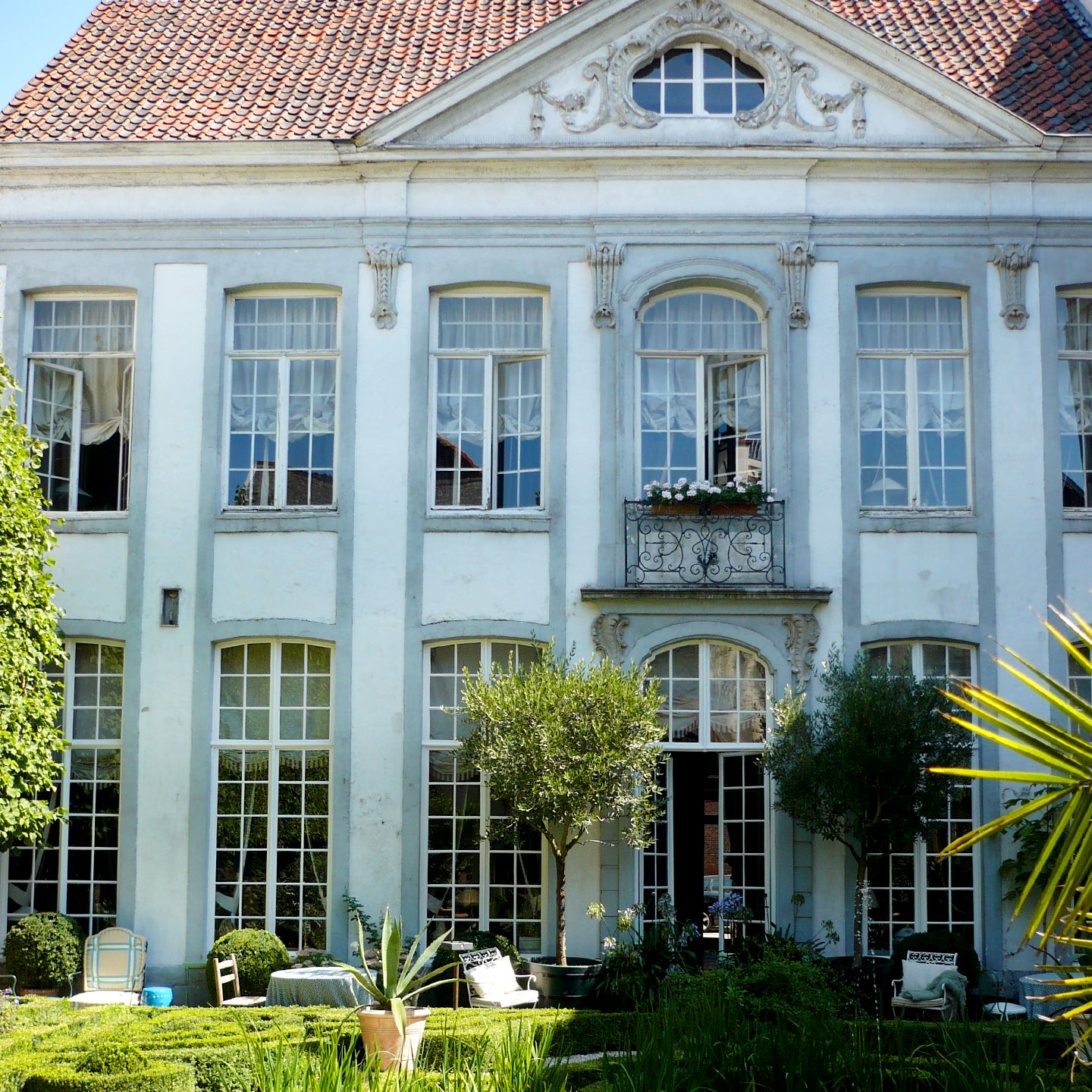 Not a hotel in the way we typically use the word, the Verhaegen slides in on the Francophone exemption. In English we’d call it a bed and breakfast, or maybe a guest house — whatever you want to call it, it’s a carefully preserved 18th-century mansion located just off the old port, two streets away from the historic center of Ghent. It’s a historic center of its own, as well; Count d’Hane Steenhuyse, famed diplomat and key facilitator of the treaty of Ghent, lived here for a time with his family.