If there’s something we can all agree on, it’s that Italy has more charming rural hotels than anywhere else. They’re iconic, and as the country reopens to tourists, they’re exactly the type of lodging people are looking for.

This past week, Italy began the process of reopening its airports and borders to international travel. It’s a big deal for a country that was at one point the global epicenter of the COVID-19 pandemic. The Italian hospitality industry has declared itself ready to start accepting guests. Are guests ready to return?

At Tablet, we’re seeing an increased interest in smaller, more remote properties — hotels with a modest room count and plenty of space outside to roam free. While hotels of all kinds are taking steps to ensure enhanced levels of cleanliness and hygiene, it’s understandable that in these early days guests are looking for options that offer a healthy dose of intimacy and a bit of separation from the crowds. Italy has by far the most hotels on Tablet that could fit that description.

So for this, our first entry in a timely new series of articles called Staying Small, that’s where we start: with a collection of boutique hotels in the Italian countryside that each have fewer than 20 rooms. There are dozens more we could have included, so let us know your favorite in the comments. 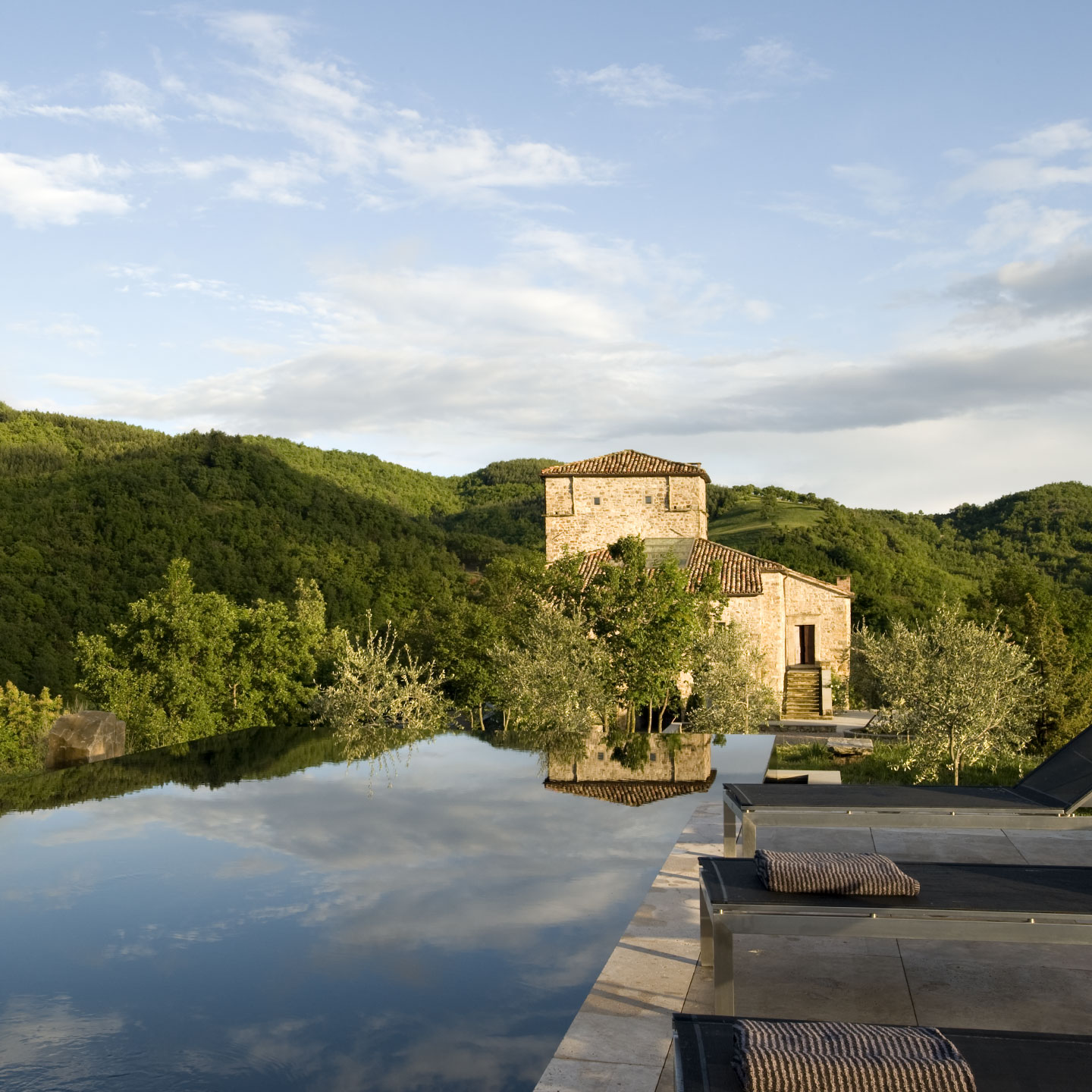 Italy isn’t exactly hurting for impressive small hotels, but Torre di Moravola stands out all the same. Frankly, they had us at “thousand-year-old Umbrian hilltop watchtower converted into a seven-room boutique hotel,” and that was before we ever saw inside. For while the exterior may be a thousand years old, the interiors are as modern as they come. Within the outer shell of the tower they’ve constructed an entirely new inner structure, with seven strikingly modern suites arranged around a central stair. 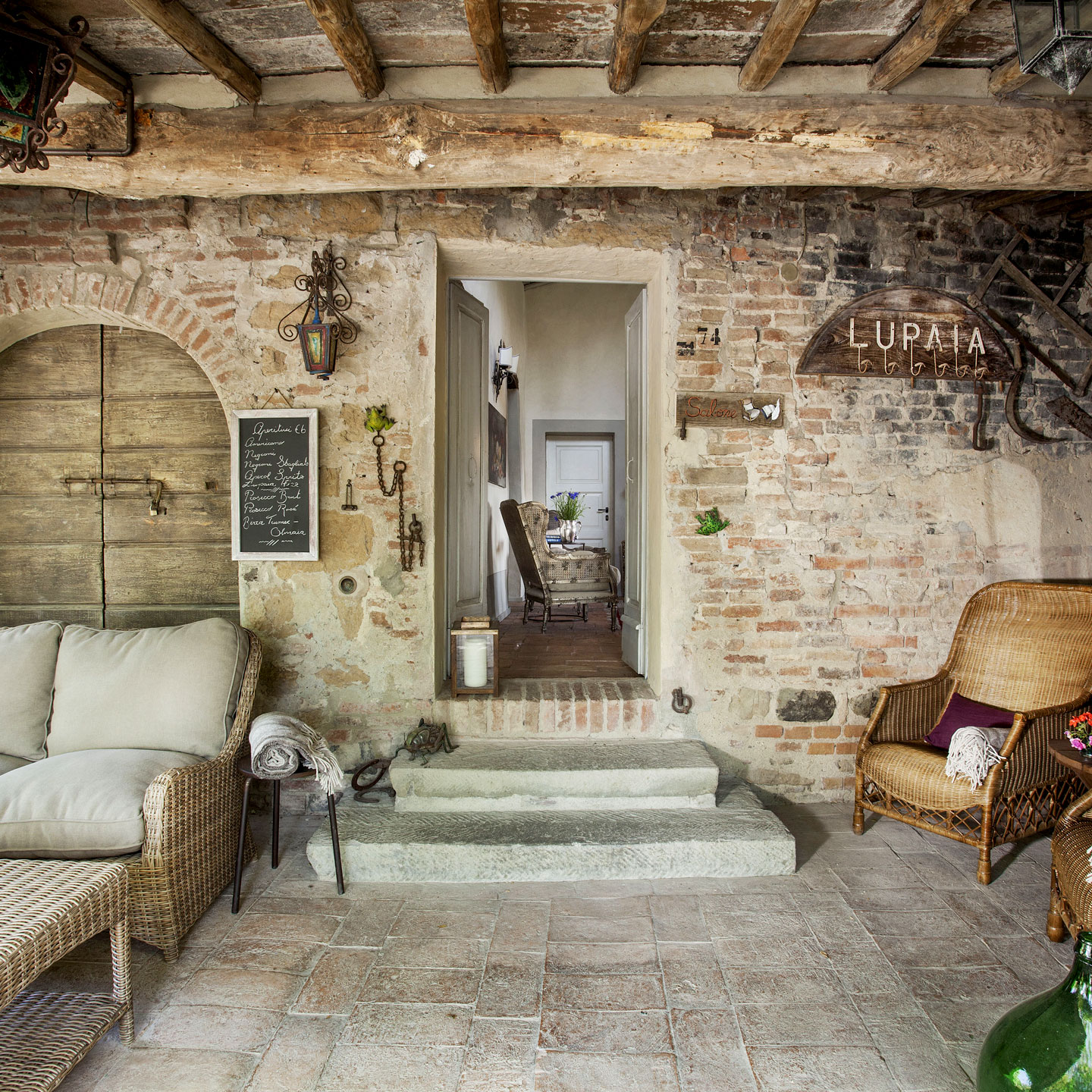 We’ve all seen more than a few hotels that could fairly be described as “Tuscan rustic,” but Lupaia makes most of them look like half-measures. Here the farmhouse charm is cranked up to eleven or twelve, especially in its open kitchen, where a daily four-course dinner is made out of produce from the hotel’s own organic garden. And it’s in plentiful supply in the rooms as well, carefully adapted from five painstakingly renovated historical structures, each of which is an architectural mosaic of Tuscan styles. 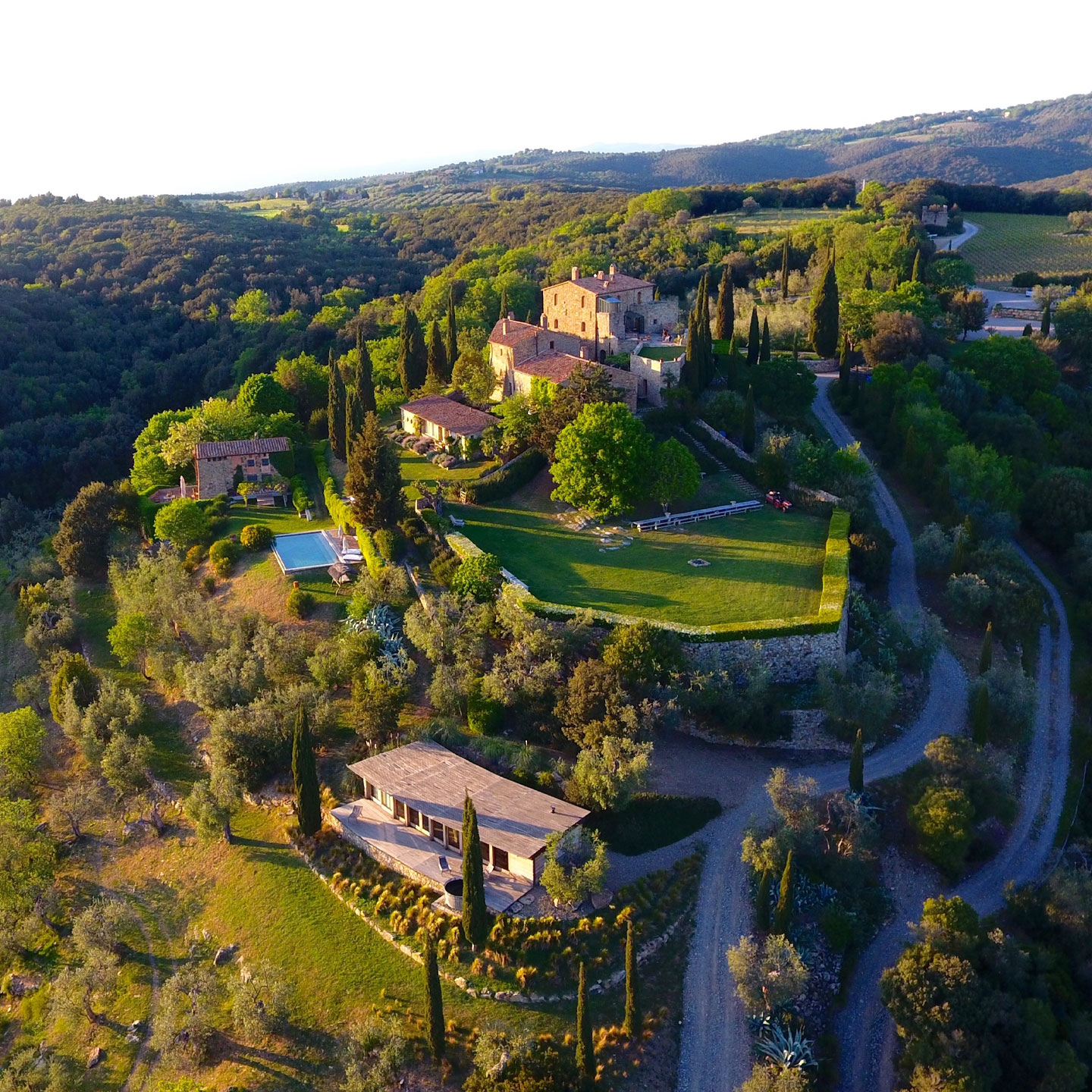 It’s a testament to what’s special about Tuscany that it’s still even possible to find a part of it that’s not saturated with tourism. Perched on a hilltop surrounded by gently rolling hills, the Castello di Vicarello is one of these places — an authentic 12th-century castle, converted into a charming country house boutique by a couple of fashion types who moved down from Milan in search of the quiet life. They certainly found it, and aren’t shy about sharing it; in one of these suites you’ll feel more like a house guest than a hotel patron. 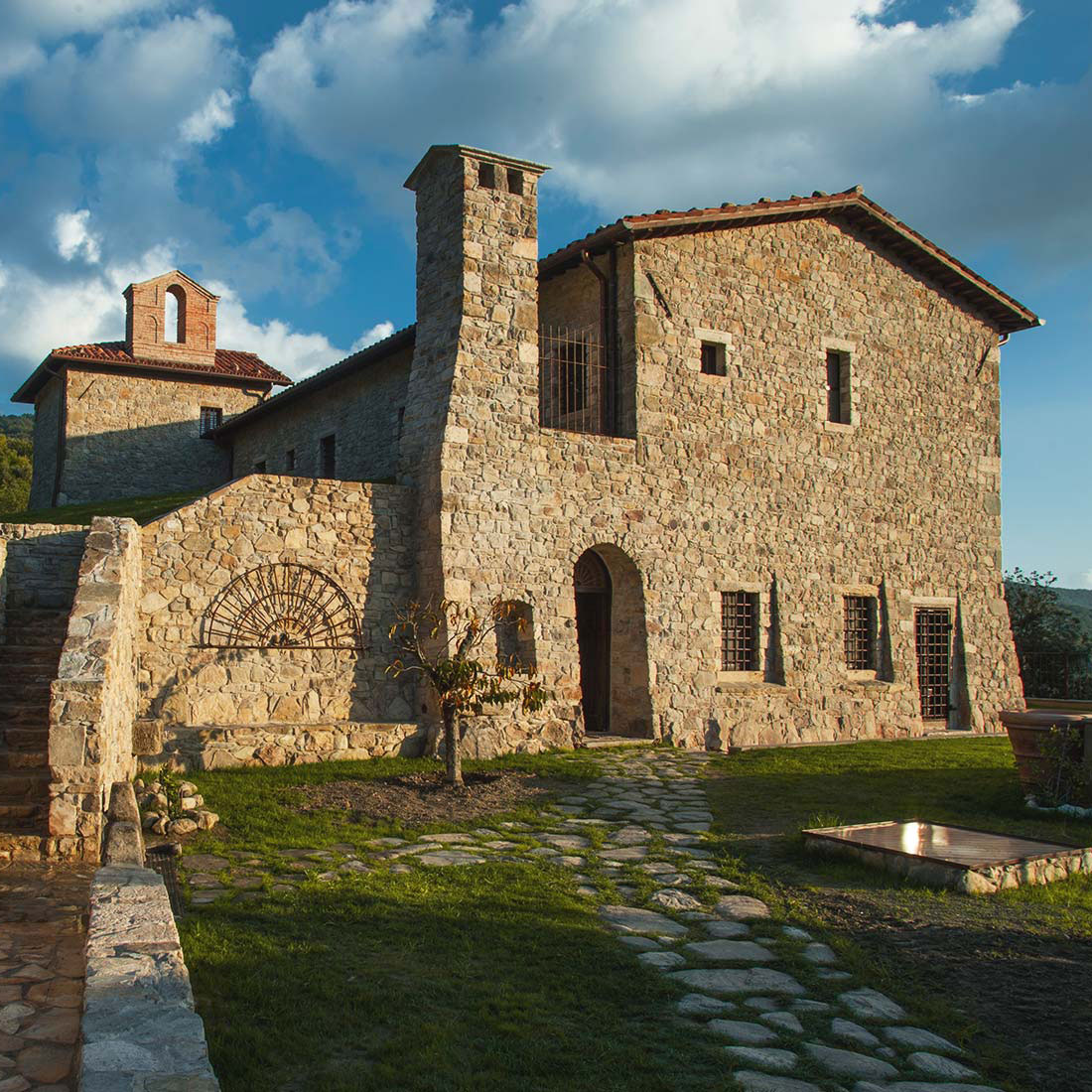 There’s a sense in which every luxury hotel goes one of two ways: lots and lots of stuff, or an overwhelming absence of stuff. Eremito, as you’ve probably already gathered from the pictures, is a hotel of the second category. Pitched as a sort of medieval detox from modern excess, the hotel is little more than a rustic stone structure on a hill in the Umbrian woods, surrounded by a seven-thousand-acre nature reserve. If it’s old-fashioned arboreal seclusion you’re after, this is about as good as it gets. 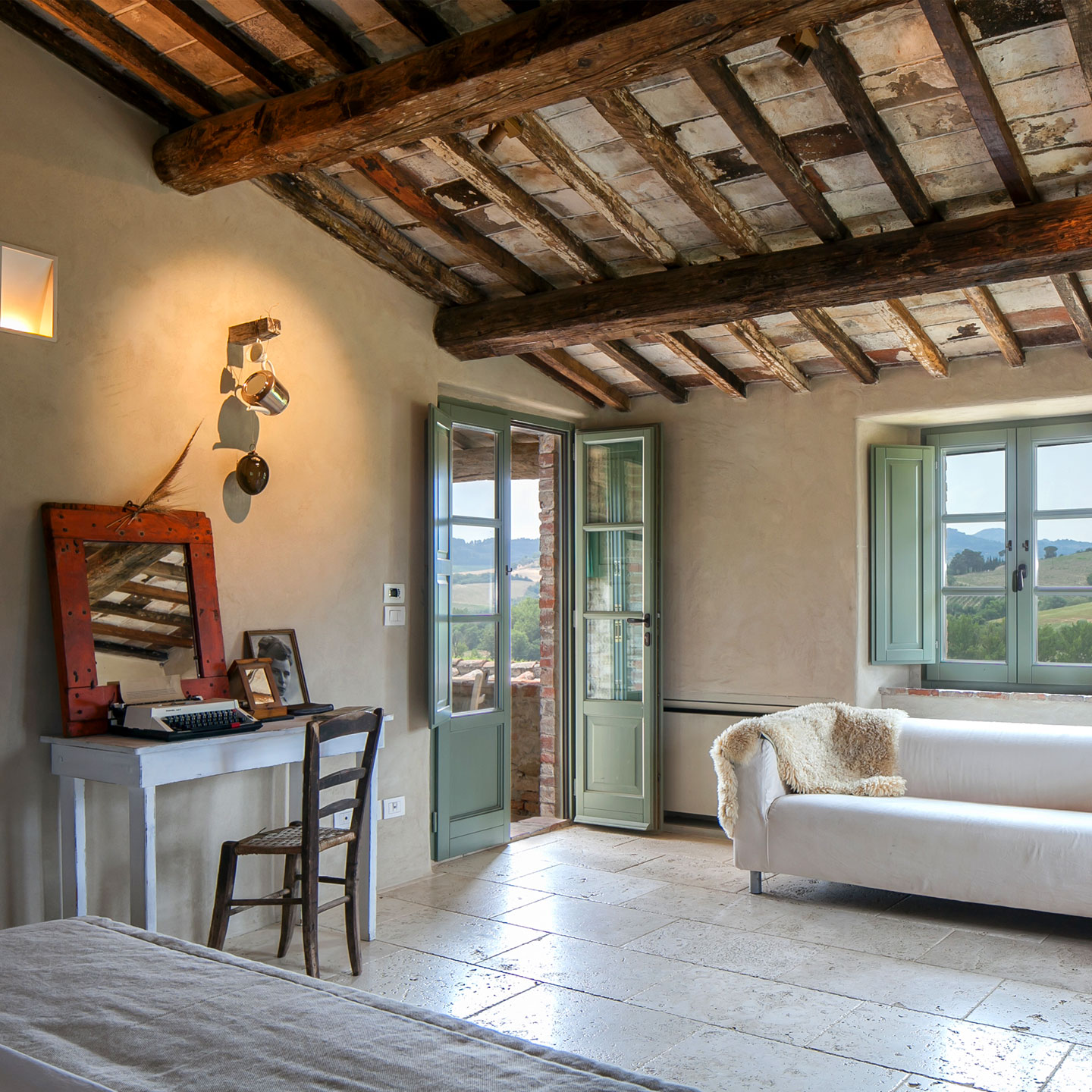 Although this Tuscan farmhouse dates back to the ninth century, any residual medieval gloom has long since been excised, making room for contemporary minimalist décor and spacious rooms awash in natural light. Surrounded by a Tuscan countryside of cypresses, sheep pastures, and olive groves, Follonico offers a subdued, pastoral alternative to the vineyard boutiques and touristy guesthouses that dot the region. If a peaceful retreat is what you’re after, it’s hard to do much better than this. 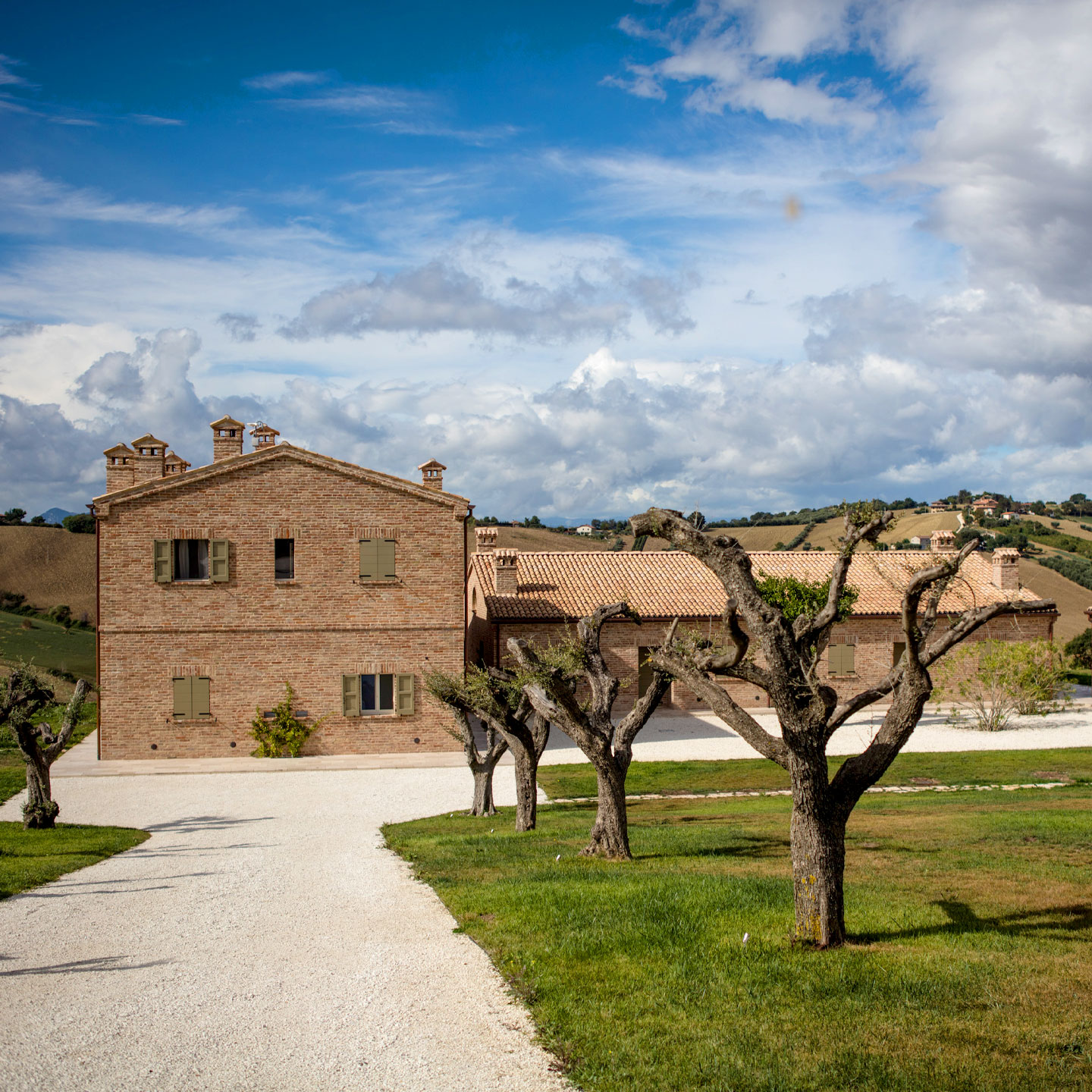 While The province of Le Marche may not have quite the development or the infrastructure of some of Italy’s more well-traveled regions, it’s got many of the same attractions: gentle rolling hills, mile after mile of picturesque countryside, and a distinctive local cuisine that’s treated with the reverence it deserves. You don’t have to take our word for it, though — a stay at Filodivino Foresteria ought to convince you that Tuscany is far from the only province worth visiting. 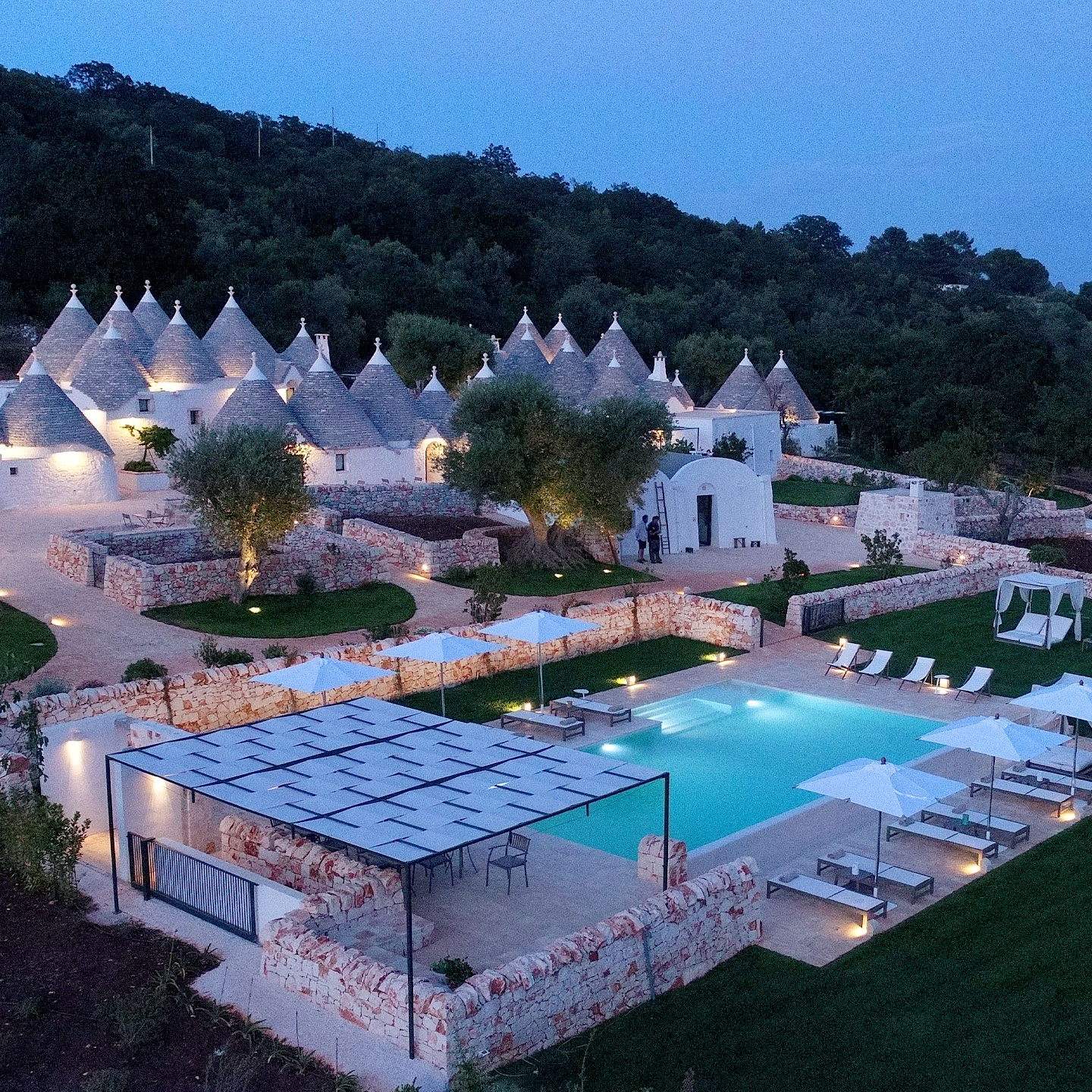 It’s a bit late in the game to call Puglia, in southern Italy, an undiscovered destination. But there’s still a case to be made for the underratedness of its particular charms. The rough stone architecture, the sparse shrubs of the macchia marshland, and the abundance of ancient olive trees combine to form a picture that’s quite unlike the more familiar landscapes farther north. It’s here, too, that you’ll find the trulli, the distinctive conical hut-like buildings which give a unique silhouette to the lovingly restored boutique hotel that is Borgo Canonica. 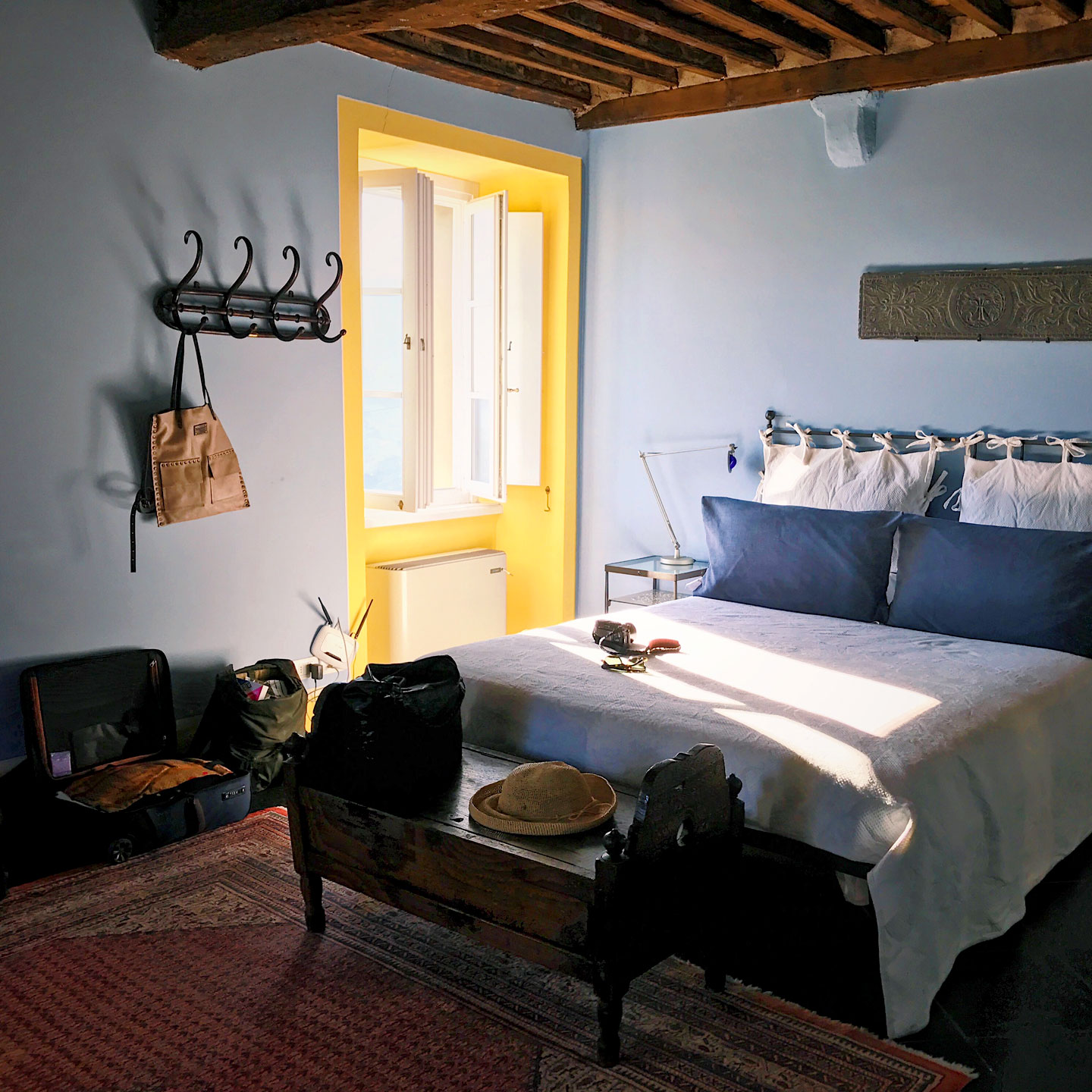 Rome and Florence are one thing, the medieval village of Chiesanuova quite another — but it’s a curious fact about the map of Italy that no matter how far you zoom in, you’re bound to discover spectacular attractions at every scale. Here, overlooking the Levanto Valley and the waters of the Mediterranean, is La Sosta di Ottone III, a six-room boutique hotel attached to a restaurant that makes a strong case for the Cinque Terre as one of Italy’s most underrated culinary destinations. 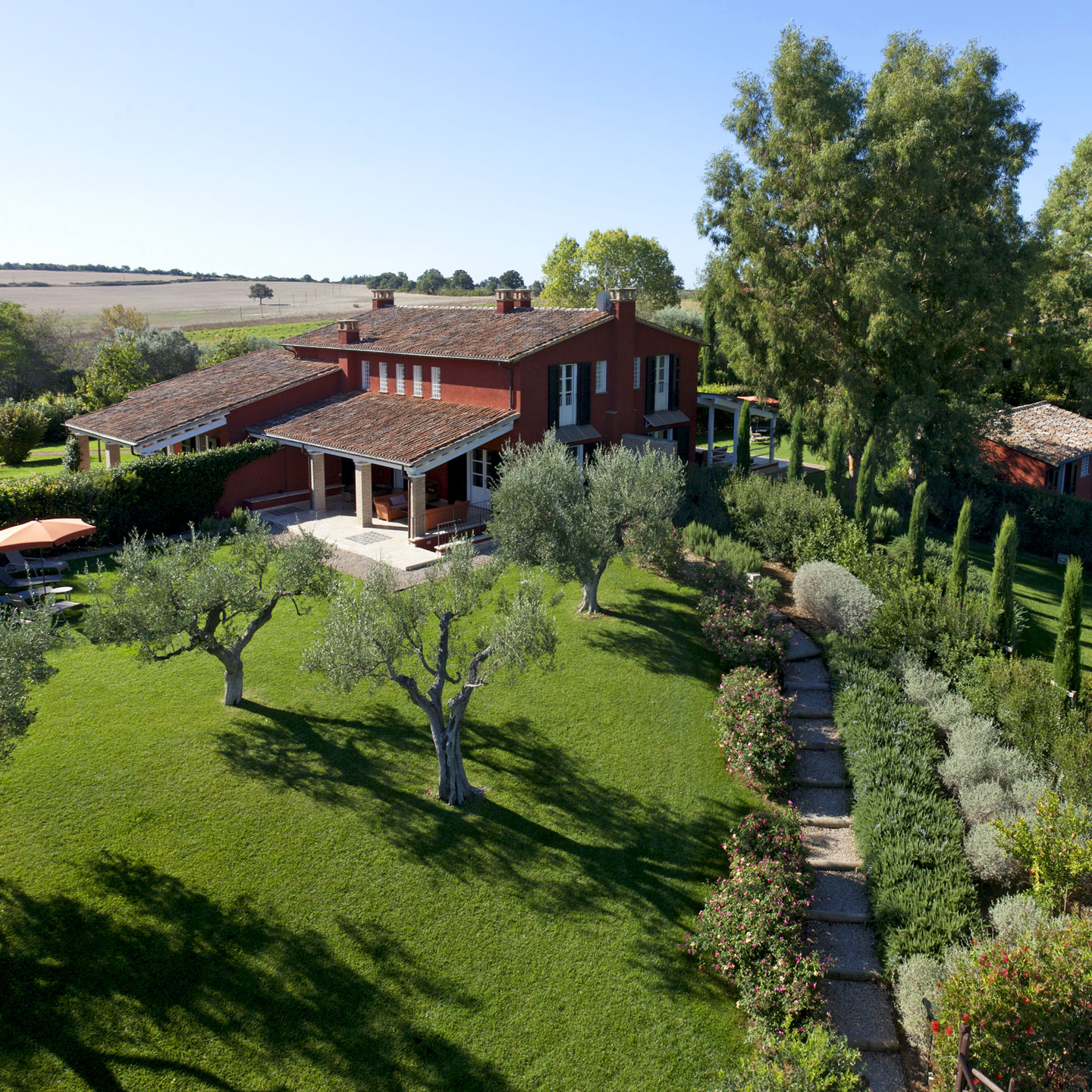 Locanda Rossa’s original structure has undergone a modern expansion, but the seams don’t show a bit. Contemporary interiors meet farmhouse architecture in the rooms and suites, which, if not for the half-timbered ceilings and the views of the farm, could easily pass for modern urban apartments. Then again those views of the olive groves, not to mention the gardens and the pool deck, are why you’re here and not in a modern urban apartment in the first place. 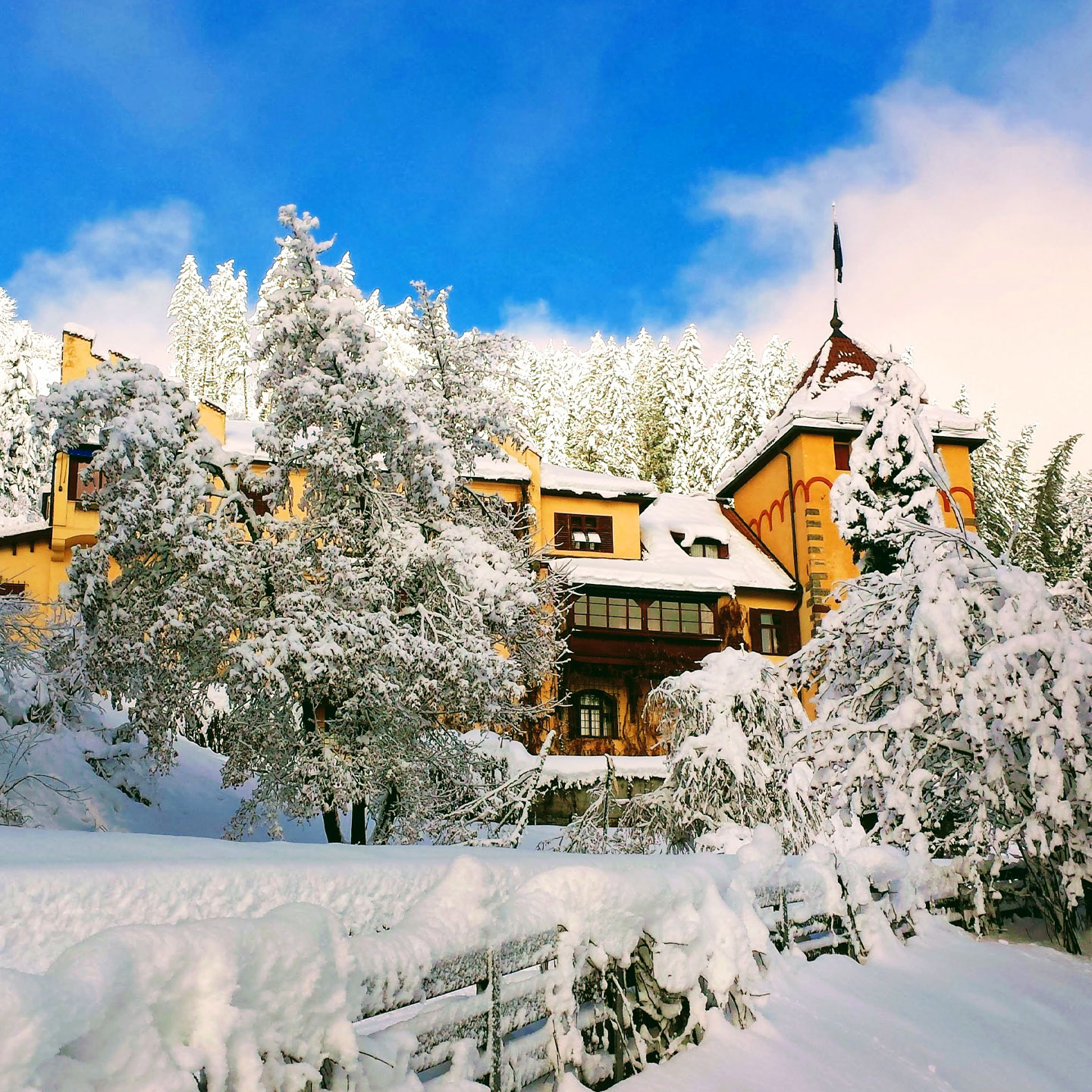 Valcastello is everything it claims to be. Most immediately apparent, obviously, are the jagged peaks of the Dolomites, an unmistakable backdrop. But the chalet business is no exaggeration, either — it’s a rare Alpine hotel indeed whose interiors venture quite so far in the direction of aristocratic opulence. The chateau itself is of 19th-century vintage, and its interiors reflect that heritage with the utmost fidelity. The fact that there are a mere eight suites and apartments contributes to the sense of secluded privacy. 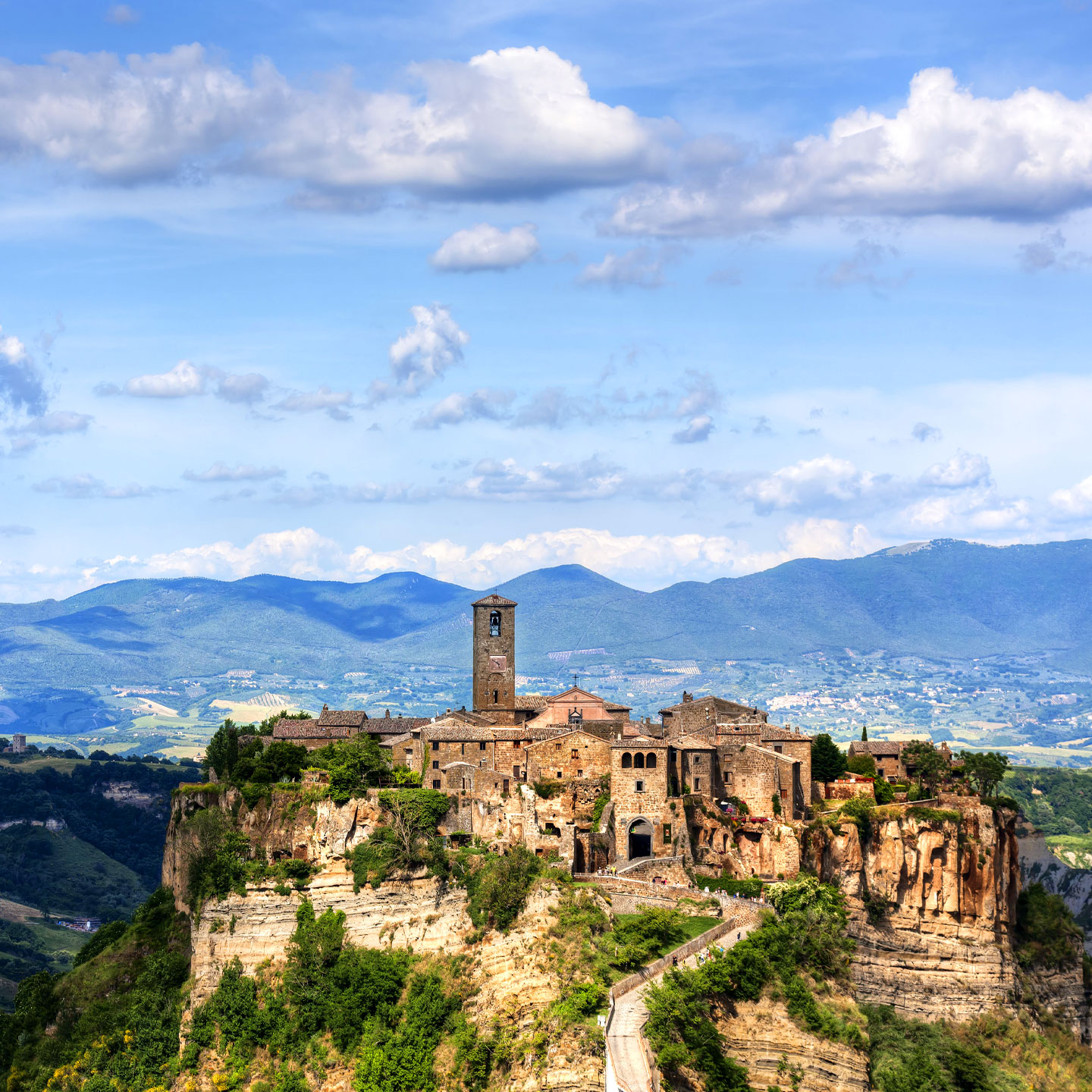 As it rises up into view on a hilltop before you, the medieval village of Civita di Bagnoregio is a vision so magnificent that you’ll have a hard time believing that Italians once nicknamed the place la cittá che muore – the dying city. But natural disasters happen even in a landscape as bucolic as this one: an earthquake struck in 1685, and the residents fled, including the bishop, who abandoned his home and seminary. Centuries later, an Italian psychologist and his wife bought the place and transformed it into a fantastically charming guesthouse. 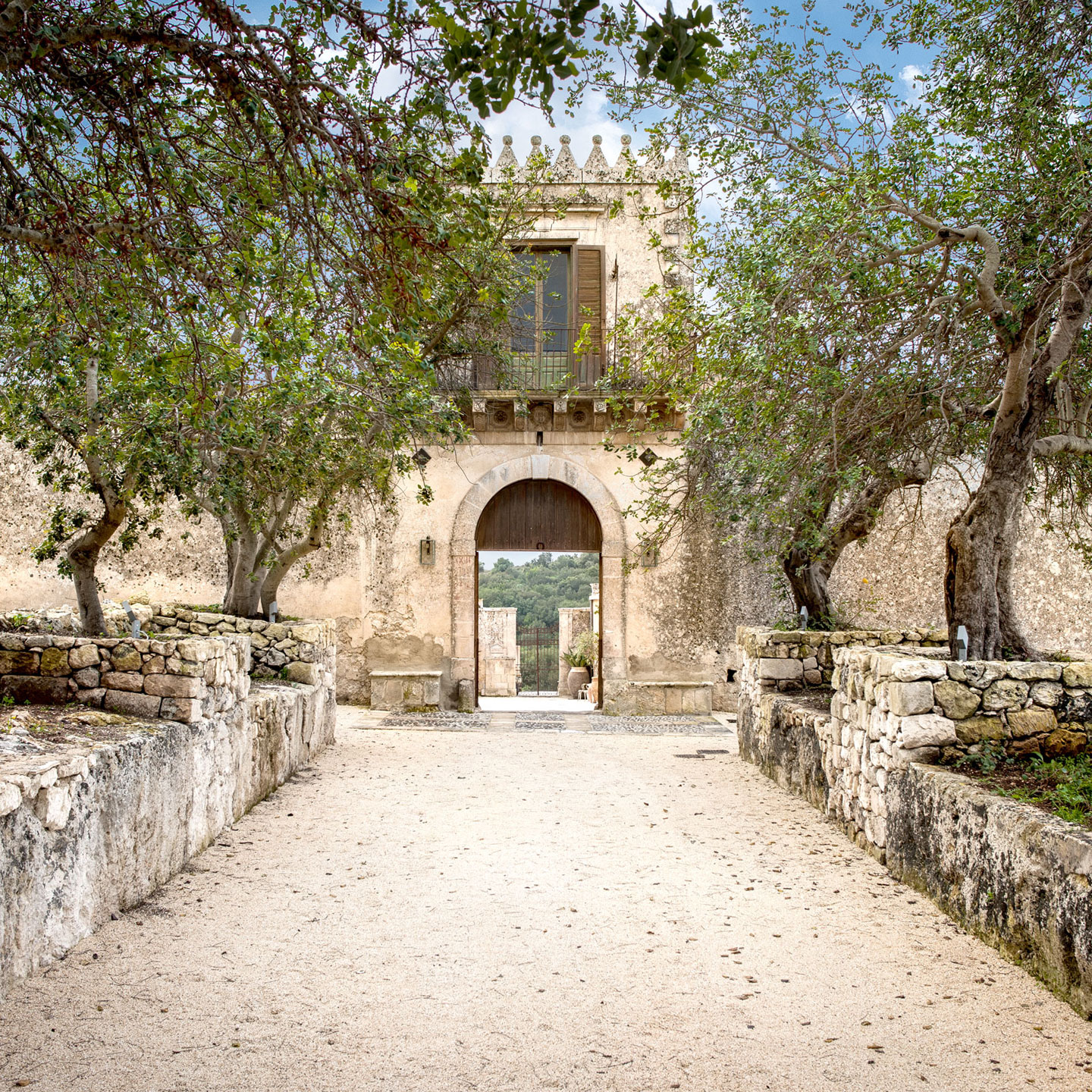 Sometimes it seems there’s hardly a square kilometer of Italy that doesn’t contain some unmissable sight or some unforgettable hotel. On the eastern side of Sicily, a half-hour inland from Syracuse, and even closer to the beautiful baroque town of Noto, is one of both: a masseria — an old farming estate — whose stone buildings and courtyards have been converted into a contemporary boutique hotel called Dimora delle Balze. 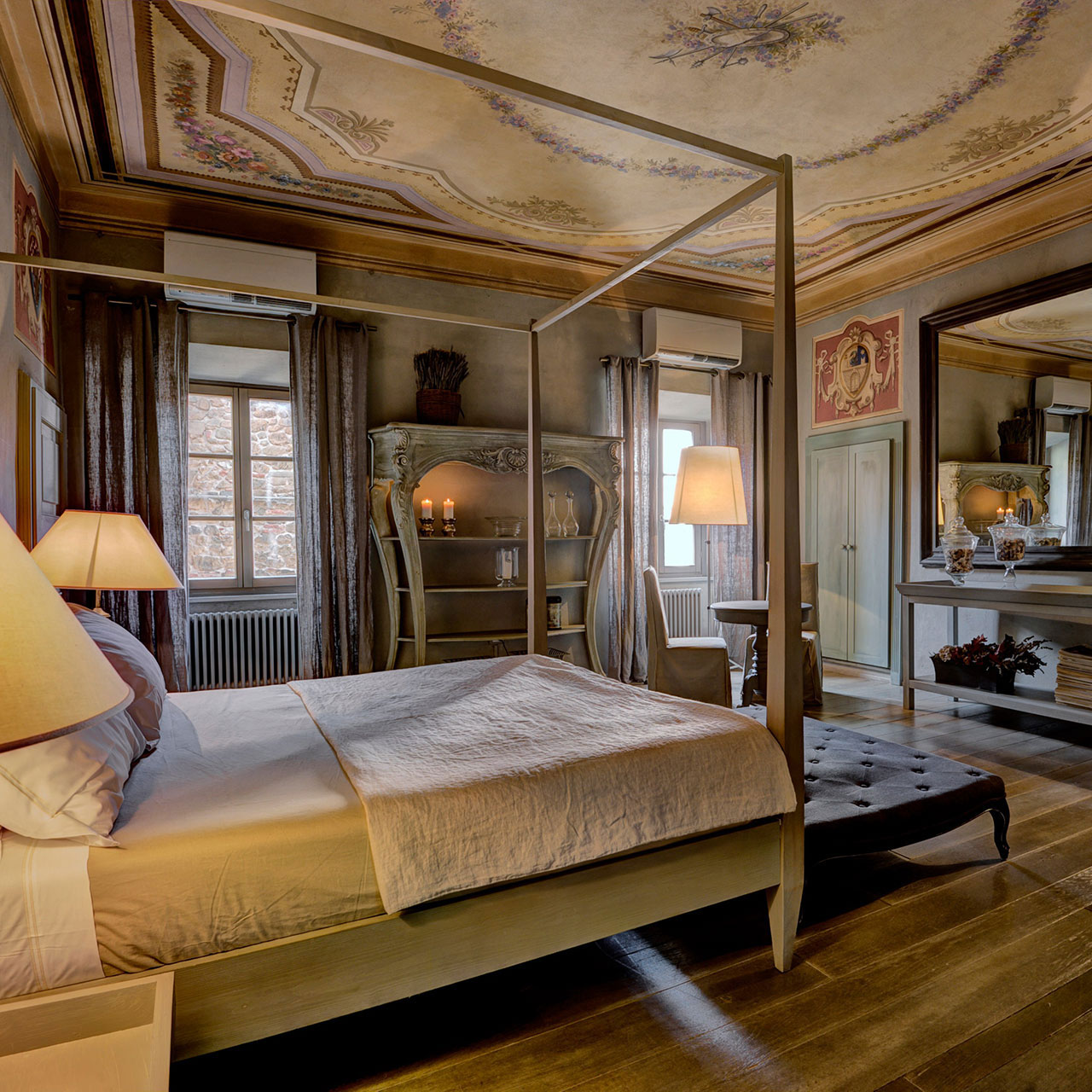 Some upscale Tuscan villa hotels lean into the classic style you’d expect of them, while others venture in a more contemporary, minimalist direction. From the outside, the hilltop Villa Sassolini, with its classic Chianti stone facade, is a clear example of the former — but inside, it all depends on the room. Each of the hotel’s ten suites is amply sized, and full of luxe contemporary comforts. Whether they venture into monochrome minimalism or full-on Tuscan-rustic fantasy depends on the unit. 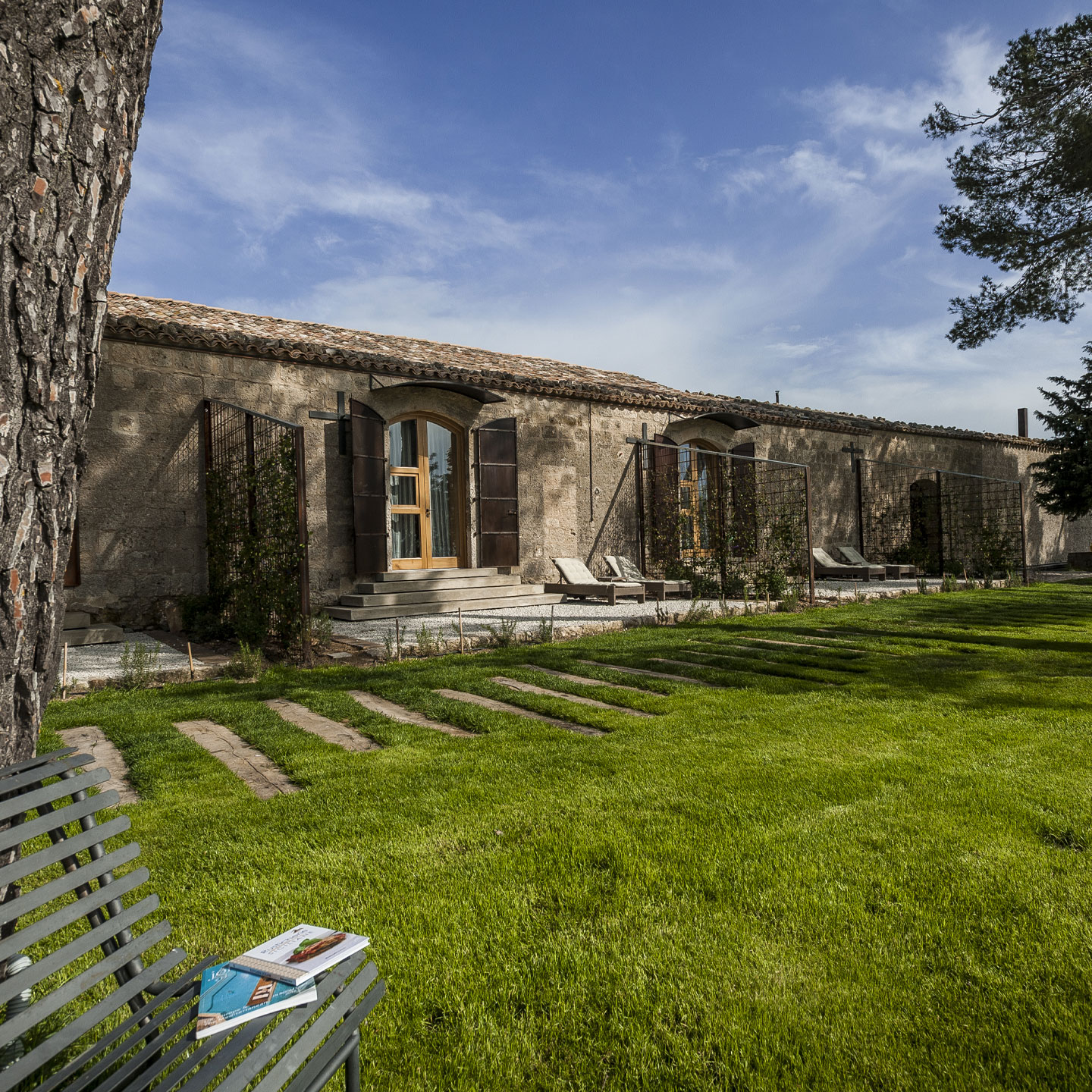 Sicily’s a sweet-spot destination: a Mediterranean island large enough to get lost, a trip to Italy without the inevitable crowd-crush, an archaeological and geological motherlode. Yet tough as the competition may be, Masseria Susafa still manages to stand out. A working farm in Sicily’s rustic, hilly interior, this country boutique distills centuries of hospitality and husbandry into a charming, restful bullseye. You come here for the isolation, it’s clear, which justifies the lack of TV and other anachronisms; the rolling hills more than suffice in their stead. 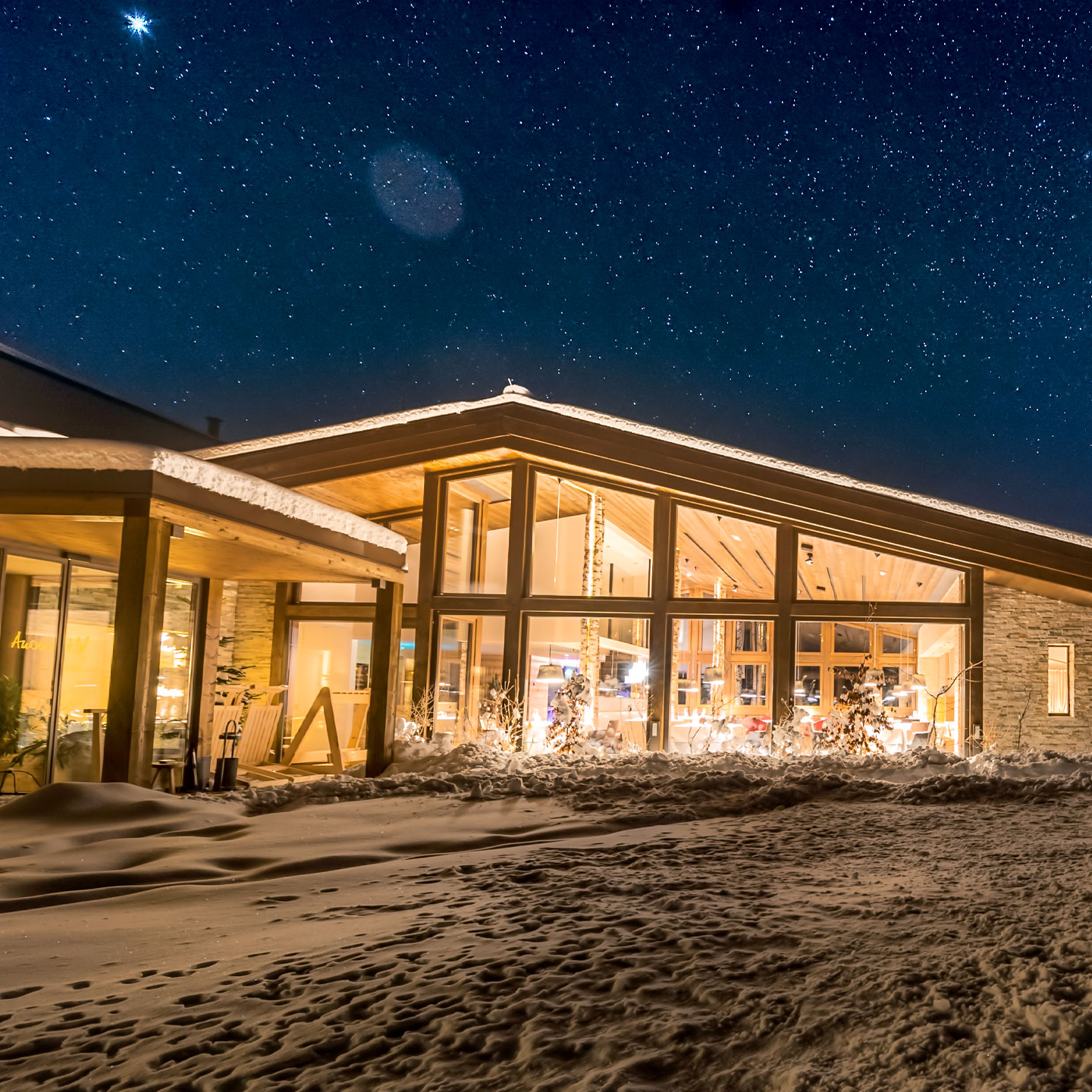 Terra – The Magic Place has every reason to feel special. It starts with the location, high in the Italian Dolomites, where the word “magic” is scarcely an exaggeration. The hotel, too, is memorable, a modernist interpretation of Tyrolean chalet architecture. And of course there’s the restaurant that inspired it all: the two-Michelin-star Terra, where chef Heinrich Schneider and his team prepare a one-of-a-kind experience for dinner guests surrounded by breathtaking mountain views — and accompanied by a bottle of wine you’ll personally choose from the cellar.