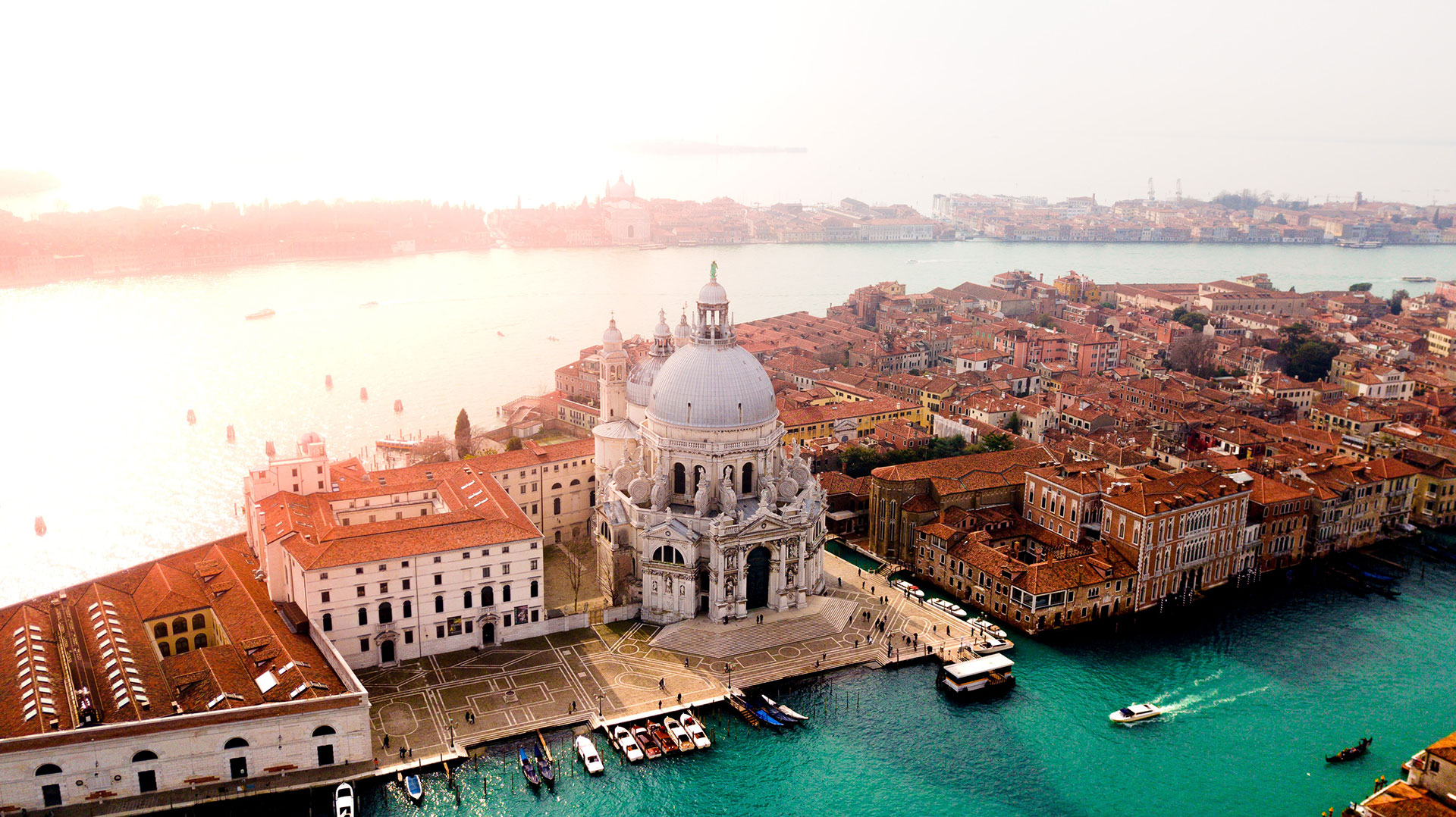 Due to rising sea levels, repeated flooding, and a dwindling population, it’s no longer alarmist to worry about the future of Venice — or wonder how much of one it has left.

I’ve never been to Venice, but I can’t stop thinking about it. I’ve been fascinated by it ever since I was a kid, when I first saw it drawn on those paper placemats at Italian restaurants. Wait a minute, the streets are made of rivers? The cars are made of boats? What kind of amazing fantasyland is this? It seemed made up, like Atlantis or the capital of some vanished civilization from adventure books. But it was real. It existed. In my lifetime! Which made me wonder, why weren’t more places like this? Who wouldn’t want every city to be like this?

As I got a little older I learned why, and the reason is the same one that explains why we don’t have all sorts of other fanciful things: the maintenance is a nightmare. Add in the destructive, corrosive effects of water and it’s a miracle that we even have a Venice to begin with, and that it’s lasted as long as it has.

By the time I’d graduated from college Venice had lost some of its magic for me. Somewhere along the line I’d heard that the town had become overrun with tourists and giant cruise ships and that the water was murky. When you’re in your twenties and you’re learning just how big the world is and you’re plotting all the places you’d love to visit as soon as you have a few bucks, it doesn’t take much to knock a destination down your list.

Then I read Invisible Cities by Italo Calvino, and my curiosity returned. In the book, a weary Kublai Khan sends for news about his empire. Marco Polo answers the call and describes to the Khan dozens of exotic, incredible, and seemingly impossible cities that lie within the emperor’s vast realm. When Kublai Khan asks why the merchant-explorer has not described his hometown of Venice, Polo reveals that he’s been speaking of it all along, “Every time I describe a city I am saying something about Venice.”

Such is the impact and influence of Venice. Even if it wasn’t the flawless fantasy version of itself that I’d dreamt of, the very idea of it — an ancient city built on and of water — could still inspire wonder. And while Venice isn’t the only city with a canal network, I’m glad the scheme hasn’t been attempted en masse. With urban architecture becoming more uniform and nondescript, it’s comforting to know that somewhere out there, there is a place like Venice, and there is no other place quite like it.

But what happens when you lose your only copy?

Last week, Venice suffered its worst flooding in more than 50 years, with water reaching a level of 187 centimeters. It’s the second-highest mark since recording began in 1923 and it comes on the back of a sustained period of increasingly frequent flood events. It’s a cruel irony that the very thing that makes Venice so singular is the thing that might wind up destroying it. It also feels somehow inevitable. Climate change has put on clear display the unstoppable power of the sea. What chance does a tiny cluster of perpetually sinking islands stand against rising tides, intensifying winds, and surging storms?

Even the solution to Venice’s flood problem — massive floodgates, set to be operational in 2021 — will bring problems of their own. If global water levels continue to climb the gates will need to be raised permanently, effectively sealing off the lagoon and turning Venice into “a contained aquatic petri dish” with sanitation issues and health risks.

Then there are the Venetians — or what’s left of them.

Over-tourism and a rapidly declining population have left the city “hellish by day and empty by night,” in the words of the Independent. 20 million tourists visit Venice each year — many of them day-trippers from cruise ships — driving up the cost of living for the comparatively meager number of fixed residents. Since 1980, the population of the historic old city has decreased by more than 50% — from 120,000 to just over 50,000 — with predictions that by 2030 it will be so expensive there will be virtually no permanent residents remaining.

You don’t have to live in Venice to be concerned with those numbers, or with the way many tourists are choosing to engage with the city. Tablet is all about hotels, so we’re obviously biased to some extent against the big cruise lines. As a mode of transportation, boats are great, but not when they’re leading to hit-and-run, surface-level interactions that don’t properly support and stimulate the local citizenry.

Whether it’s Venice or some place else, if residents are replaced by tourists, if everything exists only to prop up tourism, from where then does the destination derive its soul and beating heart? You don’t travel somewhere just to meet other visitors or eat all your meals back on the ship. If you only want to see the facade of a city, to see if it looks like the pictures, maybe you’re better off going to Epcot or the Vegas version. But if you want to be immersed in the local culture, you’ll need locals.

If all of that sounds overly pessimistic, especially coming from someone who works at a travel company that’s expected to blindly promote tourism — well, that’s the point. By all accounts the situation in Venice is dire, and potentially heartbreaking. The new realities of our changing climate have amplified the conversation around the attractions and artifacts we treasure. Just because something has been around for ages, doesn’t mean it will be around forever.

That’s why today I’m writing about Venice even though I’ve never been. That’s why I’m remembering those paper placemats and my childlike dream of river streets and boat cars. That’s why I’m thinking of Calvino’s Kublai Khan — forced to imagine what the city must be like, content to rely on second-hand descriptions and left to wonder if I’ll have a chance to get there before the things that make it special all but disappear.

Of course, never having seen a city doesn’t mean it’s invisible to you. So much of travel is the idea of travel: the anticipation of what you will experience and the hope that it will live up to your imagination. And sometimes, there’s real value to what we must invent in our mind. Or, as Marco Polo explained it:

“Traveling, you realize that differences are lost: each city takes to resembling all cities, places exchange their form, order, distances, a shapeless dust cloud invades the continents. Your atlas preserves the differences intact: that assortment of qualities which are like the letters in a name.”

Most of us can’t travel wherever, whenever we want to. But maybe, if we’re lucky, we’ll visit enough places in our lifetime that they’ll all start to blur together just a little bit. So go and see everything you can, while you can — and never forget the places you can’t. 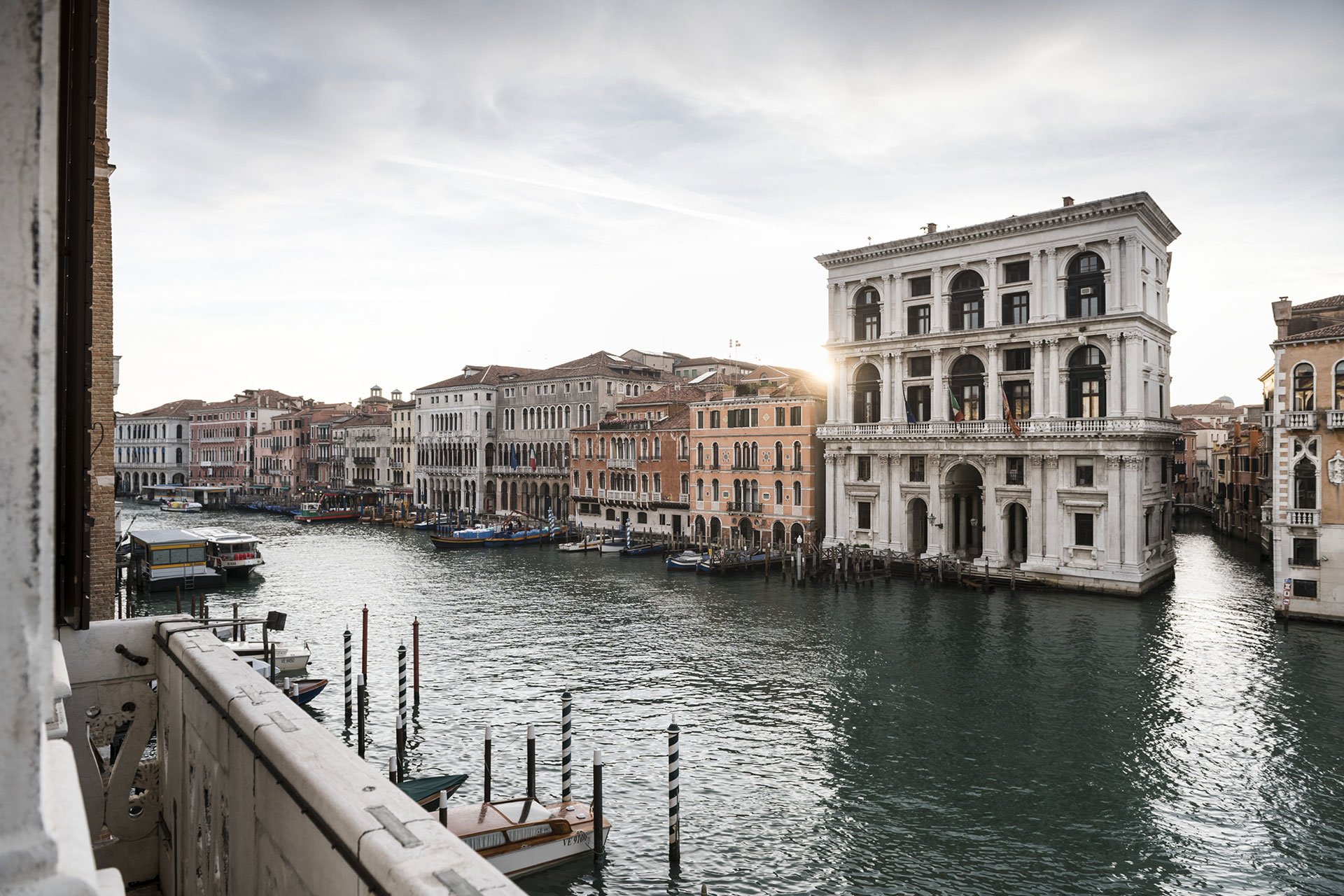 If you’re planning a trip to Italy and the City of Canals, check out our hand-picked selection of the best luxury and boutique hotels in Venice.