There’s great excitement surrounding the Museum of Modern Art’s grand reopening on October 21, so we spoke with Chef Abram Bissell, whose two-Michelin starred restaurant — The Modern — not only sits inside the legendary New York museum, but looks out onto its sculpture garden.

Hi Abram. So first of all, what can you tell us about working in the MoMA? The New York times titled their review of the Modern “Art on the Walls and on the Plates.” Do you feel like you’re competing with Picasso?

Oh, absolutely not. No, not in any way. I don’t really think of food as art. I guess a little bit more, in the words of Tom Colicchio, more of a craft. It’s meant to be used. I prefer food to be beautiful, but I don’t think of it in any comparison to the museum that we’re in. This last week the Water Lilies [by Claude Monet] were being taken out of storage, and six art handlers had to build it and put it in place. These are priceless works of art and we’re making — delicious, hopefully beautiful — food. I think of them as different things.

Do you have a favorite piece at the MoMA you look forward to seeing every day?

They just redid the sculpture garden, which our restaurant looks right out onto, and they’ve put Picasso’s “She-Goat” right in front of the restaurant. I think I’m still in awe that ten feet away from your seat, you’re sitting in front of a Picasso sculpture.

A few years back you were starting a garden in the building itself. Is that something you’ve pursued and worked into your process?

Yes! I have a small plot in Harlem as well. 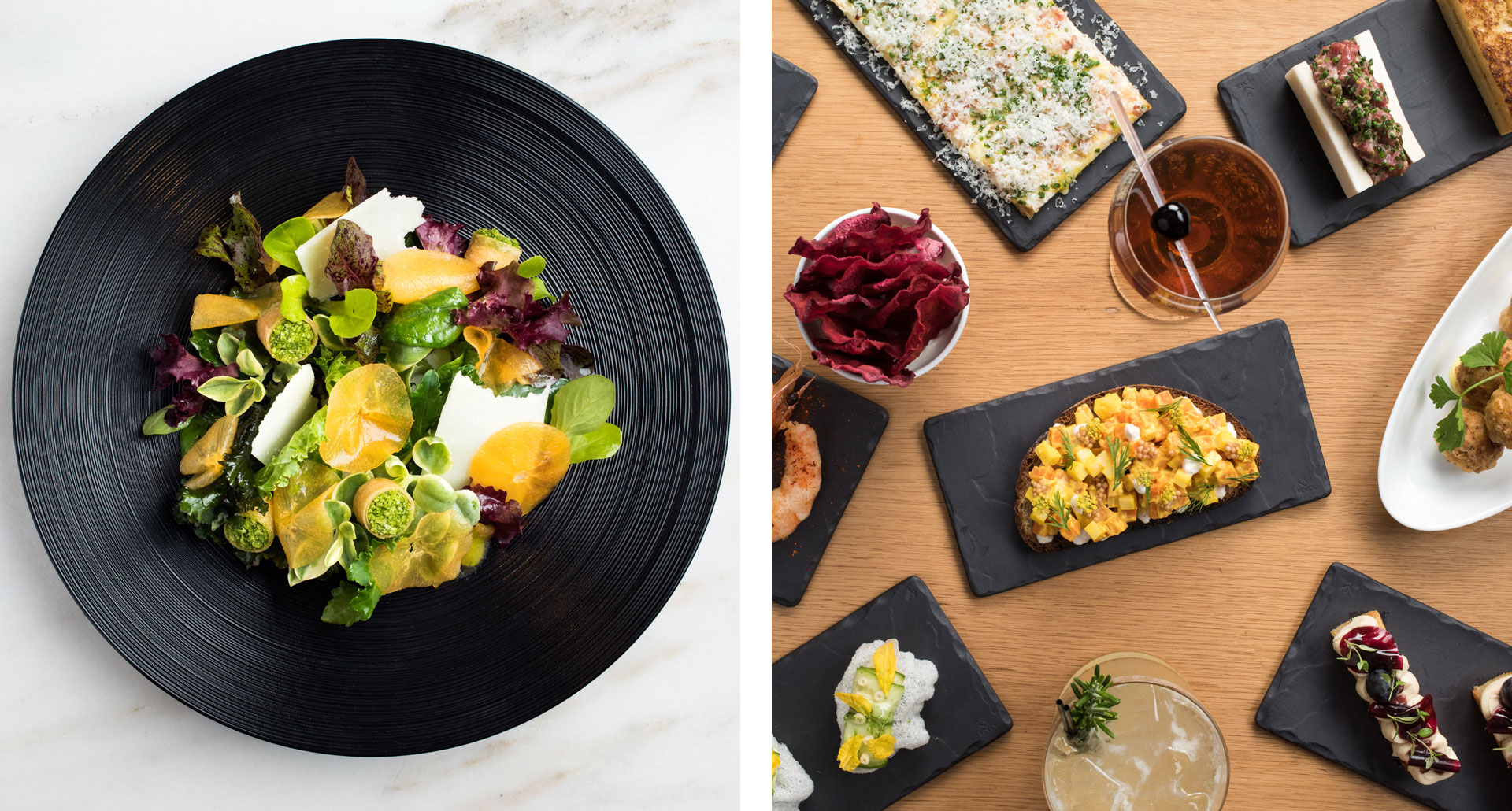 What was the inspiration for that?

I think in New York City, and especially in the middle of midtown, there’s very little of that terroir connection to food. We can go to the markets and get our hands on ingredients, but you still don’t get the same connection as if you harvested something. So we started by growing quite a bit of our herbs and some specific micro-greens, some very small vegetables. Petite carrots, little tomatoes. And a lot of the team really gravitated towards it. We’ve grown it quite a bit.

How many of your ingredients are hand grown?

We don’t have enough space to make anything that would be a replacement completely to something, so we usually will focus on a singular thing. In the spring, we’ll grow all of our pea tendrils. In the fall, some of the hardier greens. Sometimes we’ll have three indoor farms just growing dill. It’s a lot of fun. We’re constantly looking to find more space and put more units in.

Are you growing anything special this autumn?

We’re trying to grow pumpkin blossoms. If we’re really moving fast, we’re going to get about 12 blossoms a week, which doesn’t seem like a lot, but it is, considering we’re growing in the basement of midtown New York. 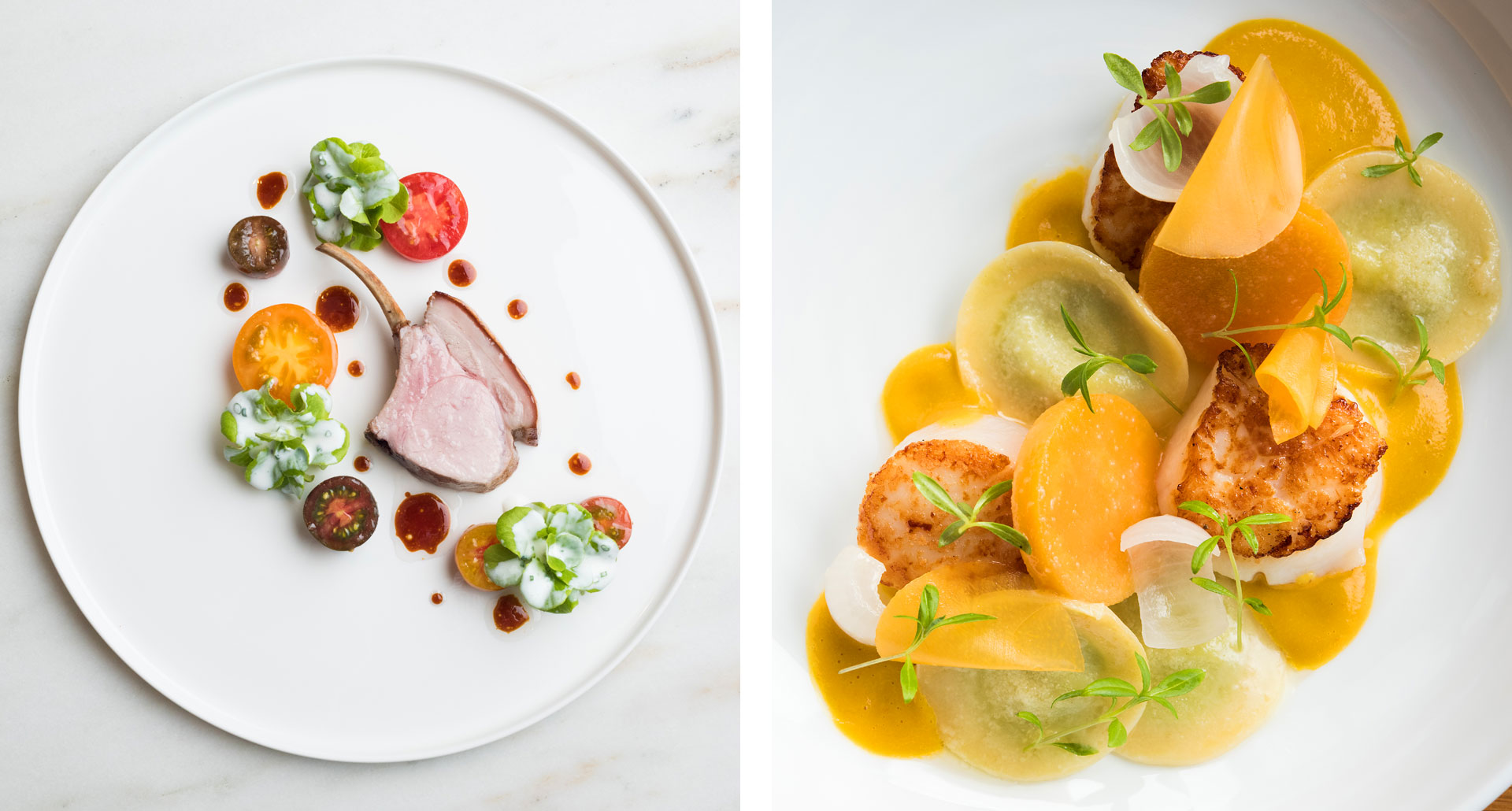 Tell us a little about your peak experiences with eating and traveling. Do you have a favorite food city besides New York?

I’ve actually been spending a good amount of time in Seoul over the last two years. And I’m just in love with it. It’s such an incredible place. In the best way possible, it’s the melting pot of Asia. Korea has its own sushi. Korea has its own Kobe beef. They have a way of approaching these things that’s different than if you were in Japan.

Do you find yourself bringing any of those influences back with you?

Absolutely. We don’t preach about fermentation or talk about it on our menus, but it’s become an important part of what we do with products. So being in a culture that has so much based in preserving and fermentation, and how ingredients can live not only for years, but for generations, it’s definitely changed the way we look at certain things. 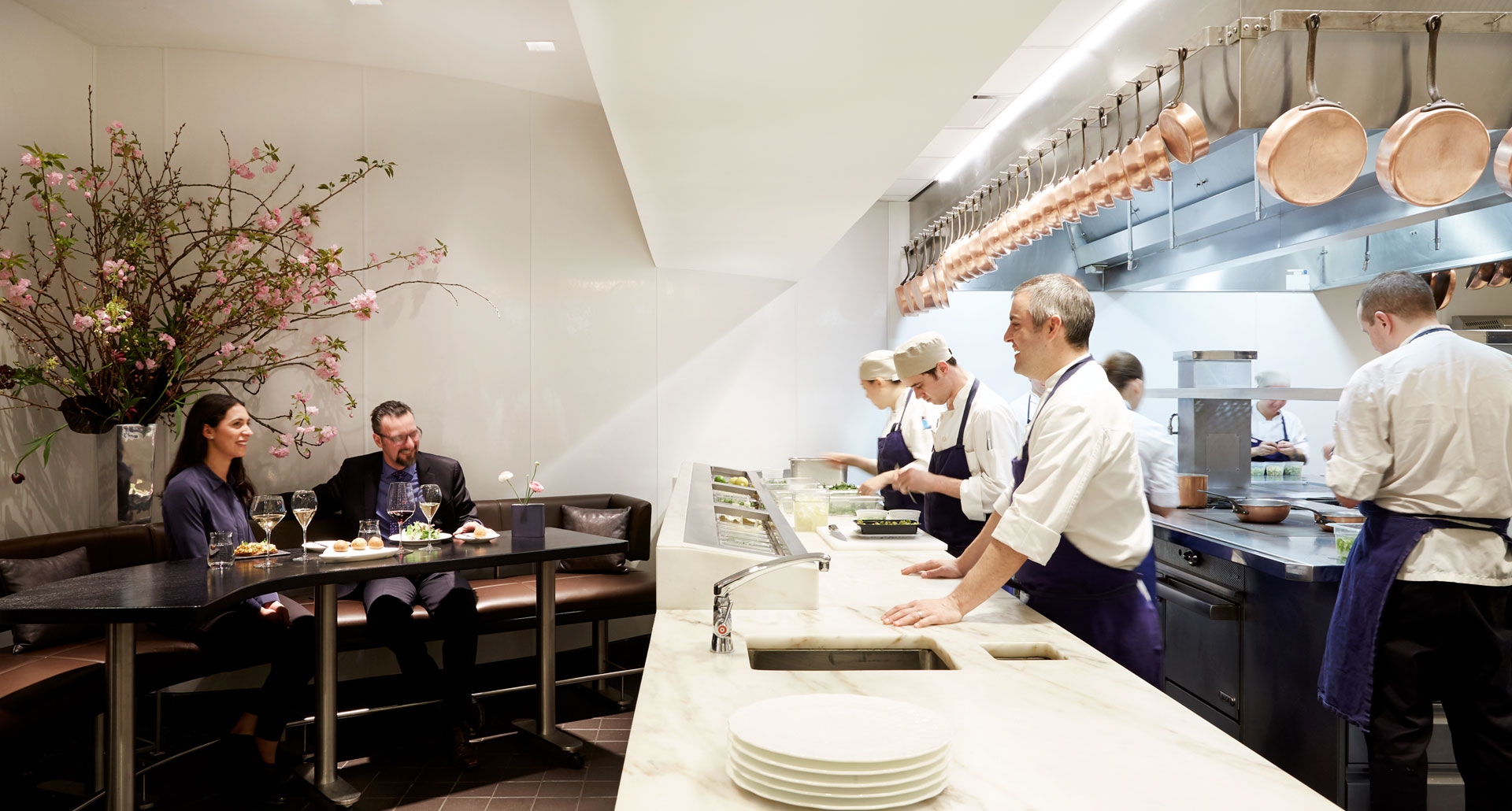 Switching gears a bit, we’re curious given the interest in plant-based cuisine if you’ve seen an influx of vegan and vegetarian set meals.

I think in the last ten years it shifted quite a bit. Ten years ago we barely heard about a vegan coming into a restaurant. And every night you probably have five or six requests for vegan meals now. But it’s leveled out. Now we’re starting to see the shift into more specific diet habits. Less gluten, more paleo, a reduction in wanting to eat anything processed. There’s a lot more knowledge and a lot more information going around. Our guests are more educated and know what they’re looking for now. That’s what we want in our restaurants.

Before we let you go we have to ask. How did it feel guiding the Modern to the second Michelin star?

It’s an unbelievable feeling. It still gives you goosebumps thinking about it, and the days leading up when you’re waiting for the phone call. Goosebumps. It’s just an unbelievable feeling of accomplishment, just to be included in it as restaurant and as a team. I think that Michelin is still unique in that every year it’s a blank slate. You have every opportunity to excel, and to grow, and to earn a new accolade, and every year you have the same opportunity to lose it. And that’s still something we take very seriously. We have a lot of pride in our accomplishments as a restaurant.

Thanks so much for joining us. 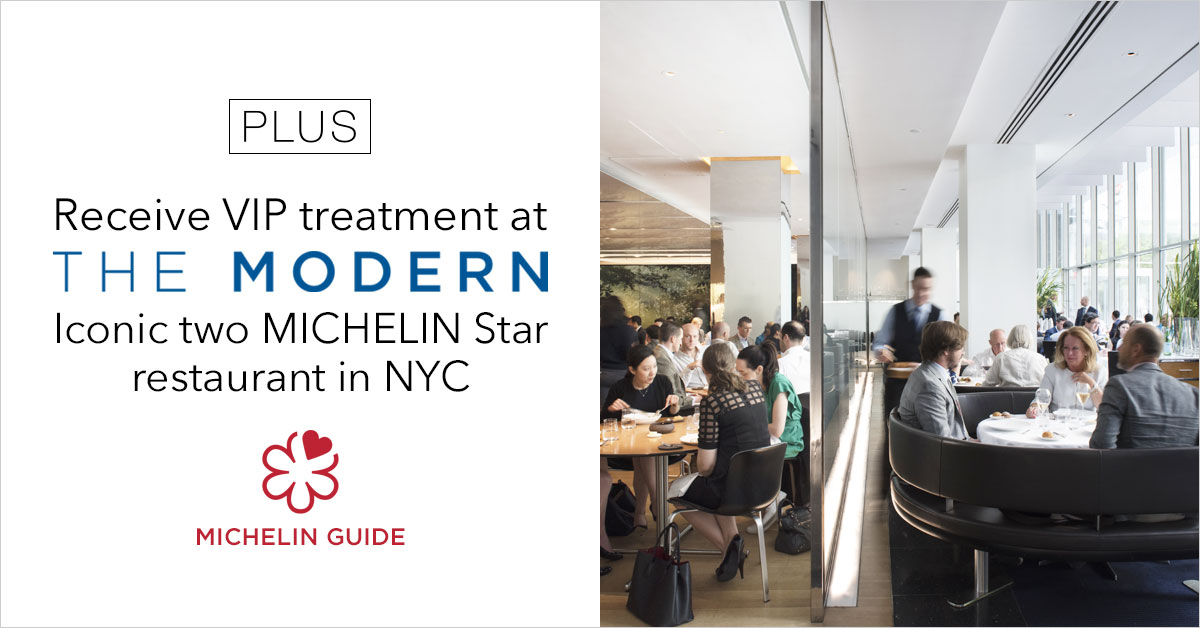 Tablet Plus members receive a private kitchen tour and complimentary welcome drink at The Modern. Two tables are also reserved daily for Plus members, with seating between 7-9pm.

Sign up for Tablet Plus to receive this offer and much more.

Current Plus members should contact tabletplus@tablethotels.com or visit the Plus member section of the Tablet iOS App for details about how to take advantage of this special offer.