These eleven new hotels are breaking new ground with their service and design, and they’re set to break out big in the coming year.

And so it is again in 2019. We’ve gathered eleven of the most promising new hotels that have recently been added to our selection. They are breaking new ground in exciting new ways — and we continue to be pleasantly surprised. 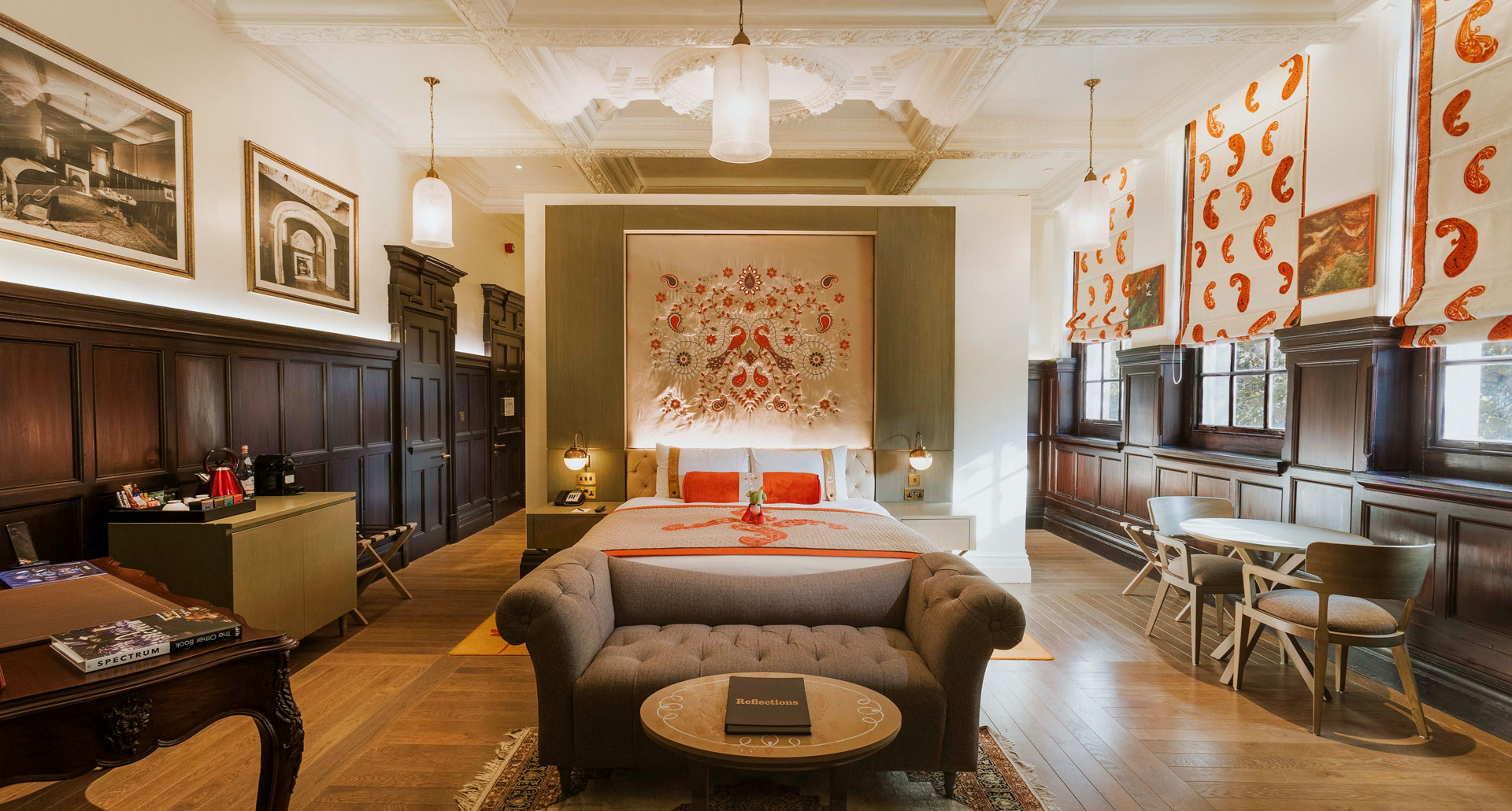 The south bank of the Thames to the east of London Bridge is uncharted territory for Tablet hotels. But a site like this one doesn’t come along every day — here a landmark red-brick late-Victorian grammar school has been transformed by an India-based hotel brand into a luxury hotel that wears its new owners’ stylistic influence proudly. The Lalit London defies the ordinary clubbiness of Victorian heritage hotels, instead opting for an intensely vibrant experience, from the eye-popping cobalt blue of the interiors to the flavors on offer in Baluchi, the hotel’s contemporary fine-dining Indian restaurant. 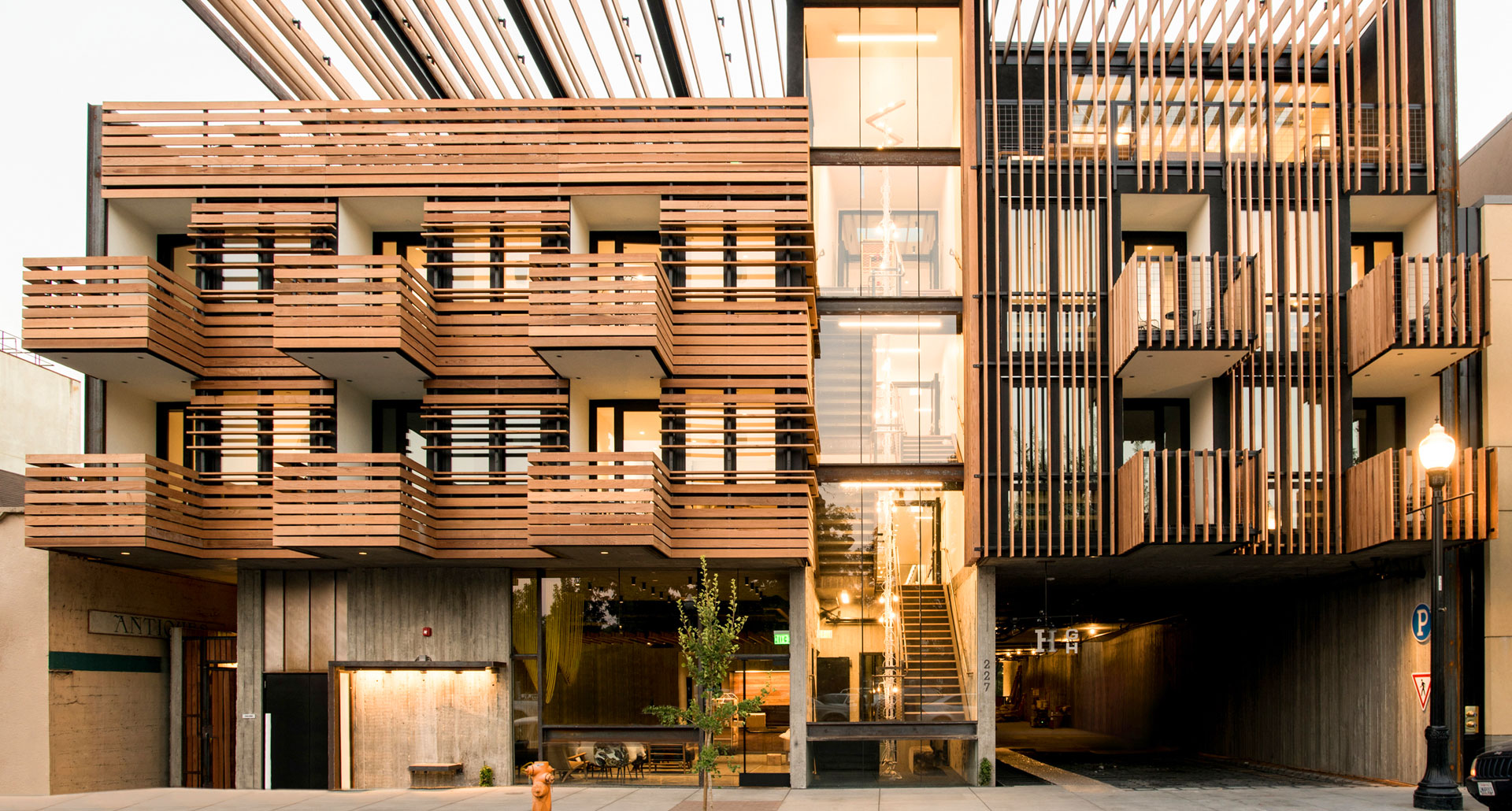 We’ve talked at great length in these pages about the perplexingly insecure tendency of California wine country hotels to imitate backward-looking Tuscan or Provençal forms, so it’s only fair we give credit to those that are comfortable locating themselves in present-day California. Harmon Guest House is one of these — this ultra-modern boutique hotel in the heart of Healdsburg was designed by San Francisco architect David Baker, and like all the best in modernist-inspired architecture, it couldn’t have been built anywhere else. 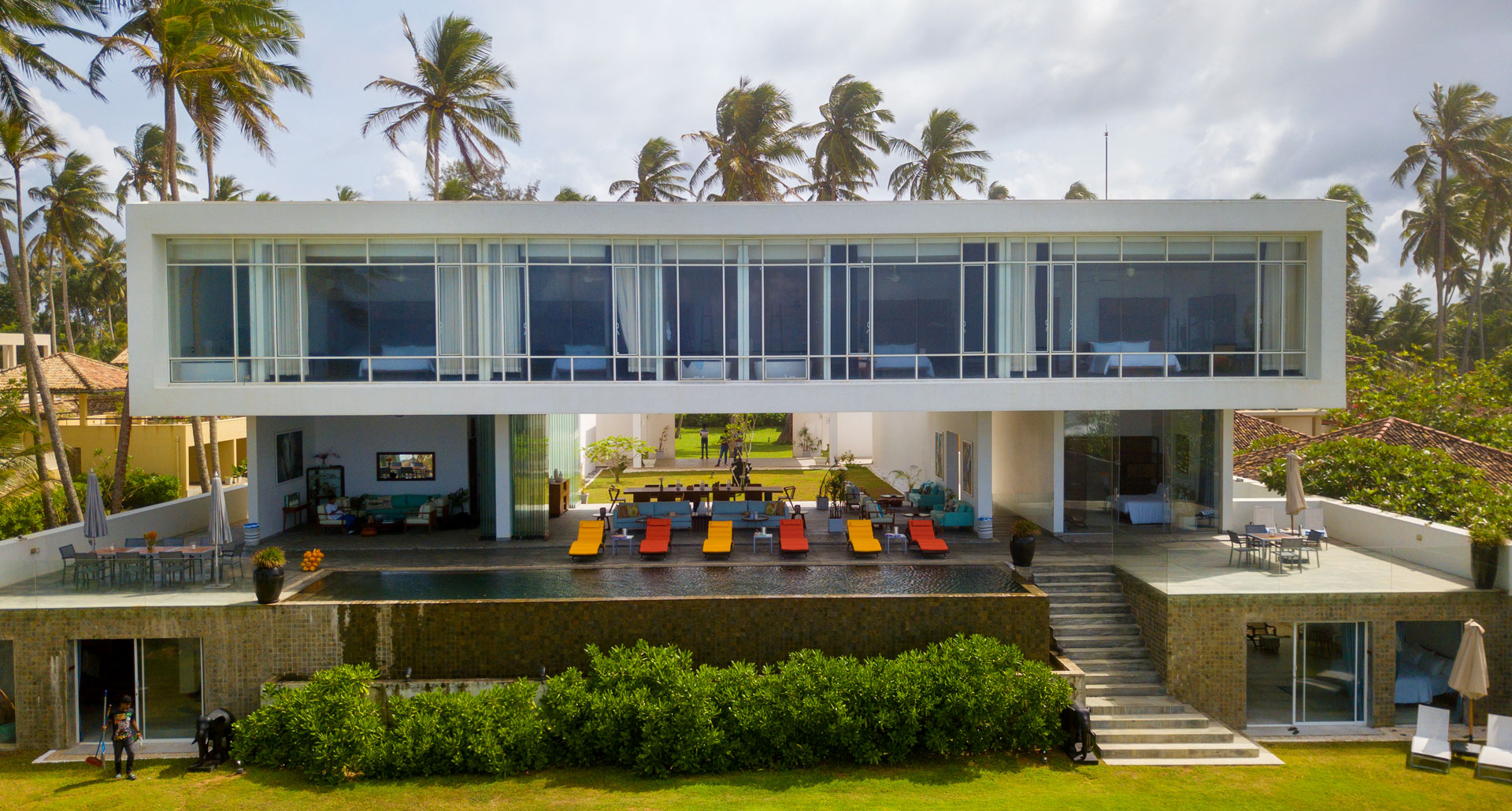 There’s probably a dissertation to be written about Sri Lanka’s surfeit of sleek, modernist hotels and villas, but our instinct is to not inquire too deeply, lest we distract ourselves from the vital task of appreciating them. And Villa Sielen Diva, in the coastal village of Talpe, just outside Galle, is worth appreciating: a seven-room hotel built in an uncompromising modernist style but decorated by its family owners in a manner that evokes endless warmth and vibrance from its crisp edges and concrete surfaces. 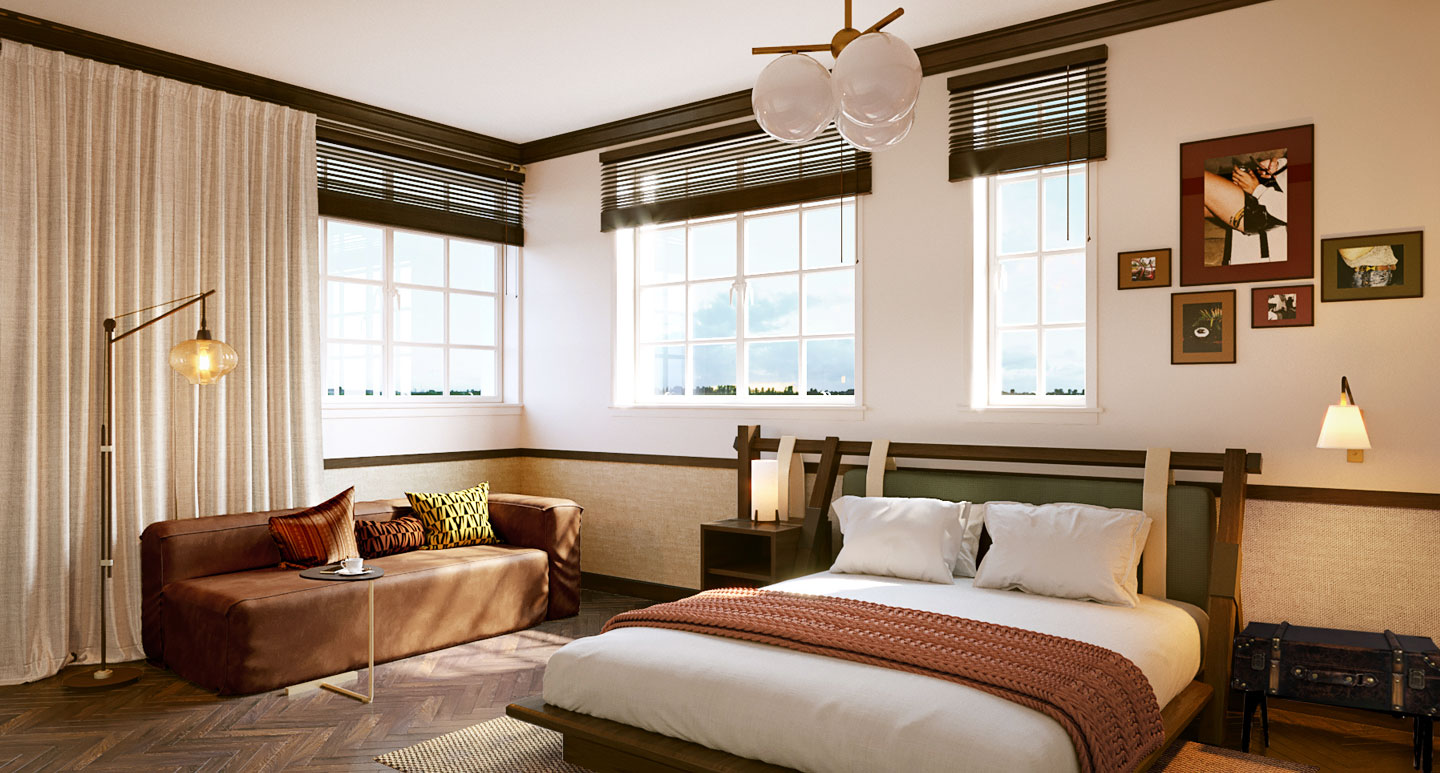 Out-of-town guests could be forgiven for believing that Miami Beach and Miami are one and the same. But if you never set foot on the mainland, you’ll miss out on Little Havana, one of Miami’s most unique neighborhoods. And that means missing out on Life House Little Havana, the first hotel from a hospitality startup (!) that aims to deliver a luxury-boutique experience at a price that its competitors can’t match. 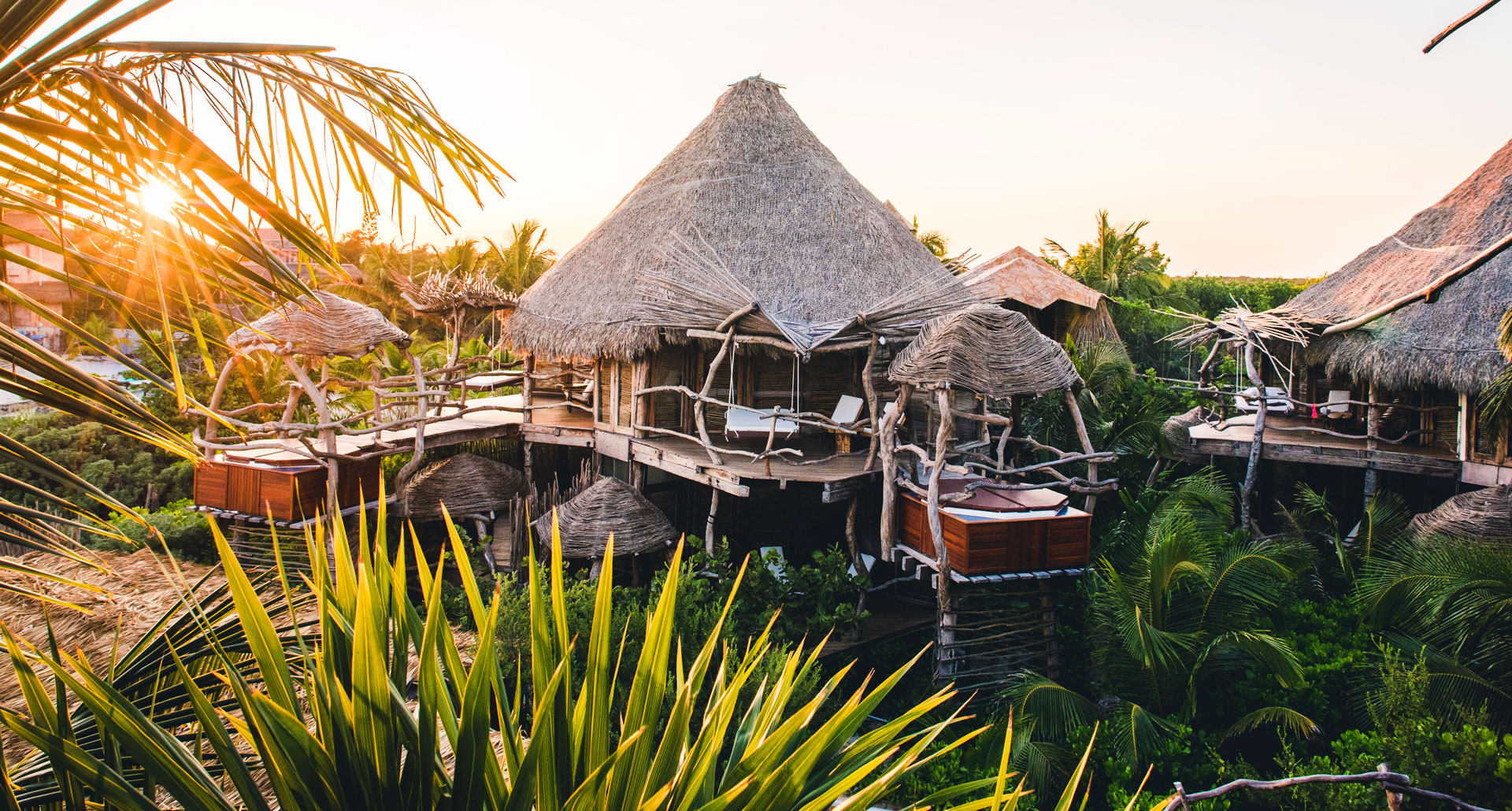 Pure love, unity, and comprehension of everything and everyone — plus a clothing-optional beach and, crucially, no kids. This, in a nutshell, is the appeal of Azulik, a wellness-oriented retreat on the Caribbean coast of Tulum, a town that is itself somewhere in the space between the unspoiled idyll of an undiscovered escape and the buzzing excitement of one of the region’s hippest destinations. Azulik, like Tulum, is a bit of both; but its tranquil atmosphere and its rustic architecture, ecologically sensitive approach, and low-tech comforts tip the balance more towards serenity than revelry. 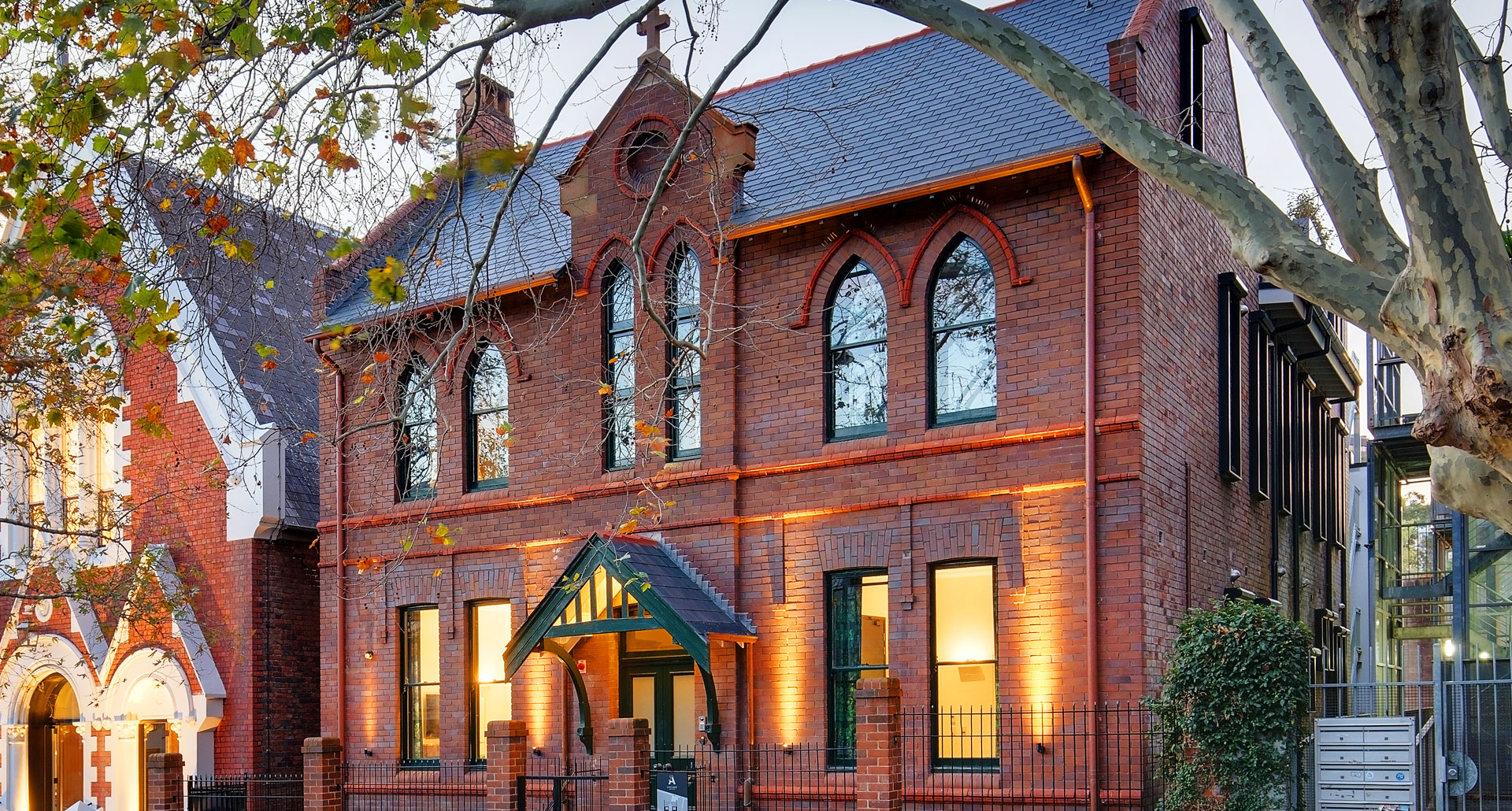 For years the line on Surry Hills was that it was a hip residential neighborhood with more one-off shops and independent art galleries than hotels. Come to think of it, that’s still largely the case, but a hotel like the Little Albion Guest House will go a long way towards opening the inner suburbs to travelers who’d normally be coming from locations more central. “Guest house” undersells it a little bit — though it’s charmingly homey in atmosphere, this is a proper boutique hotel, with style and comforts that few apartment-shares can match. 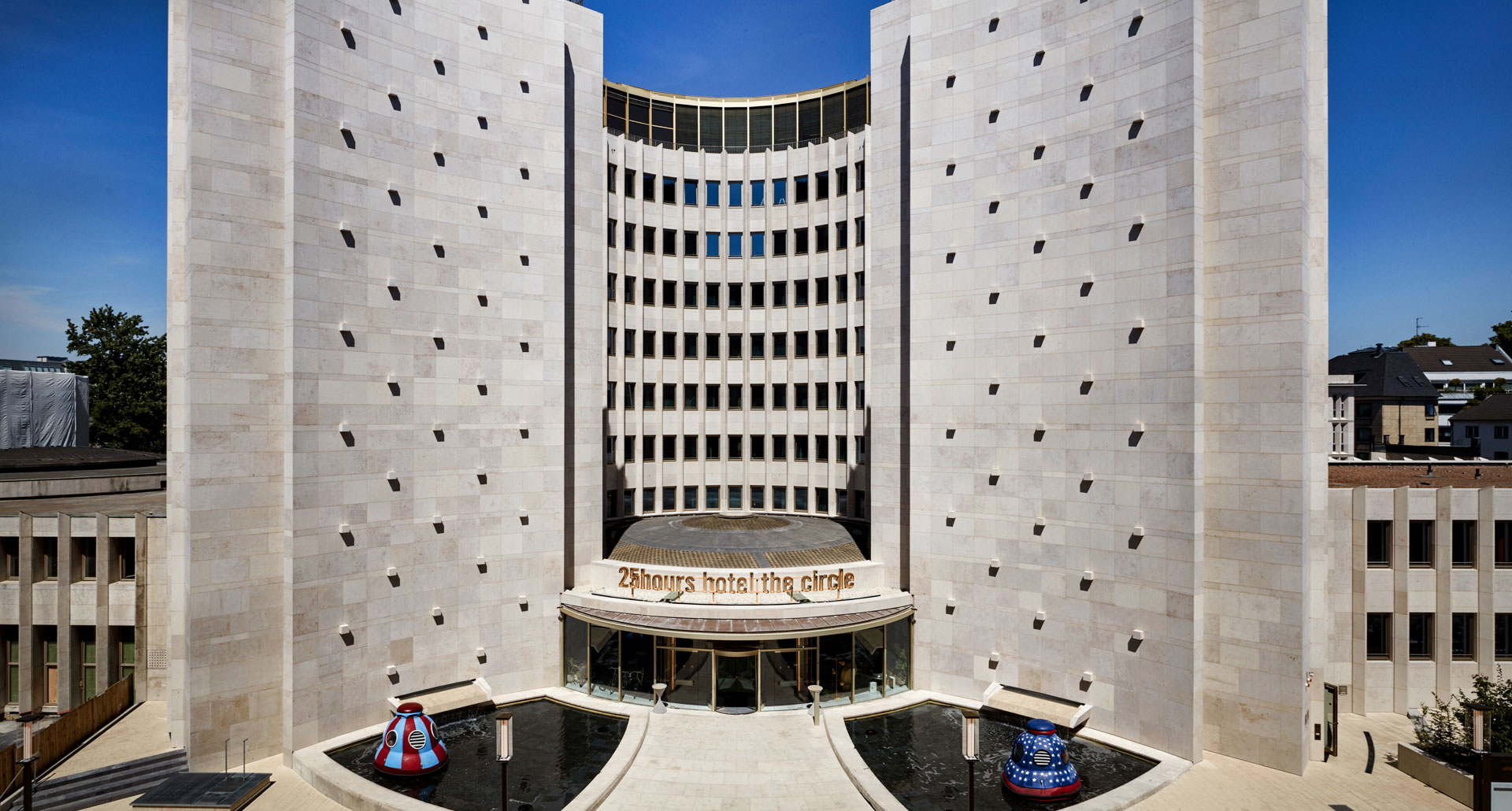 We’re old enough to remember when the “design hotels” in Germany were among the most conservative in the world, all tasteful seriousness and aloof minimalism. That, of course, was before the 25hours era began — this homegrown boutique-hotel chain has brought new life and plentiful personality to the hospitality world in Germany and beyond. Now they’ve arrived in Cologne, with 25hours Hotel The Circle, an audacious redevelopment of a landmark building whose rotunda gives the Circle its name. 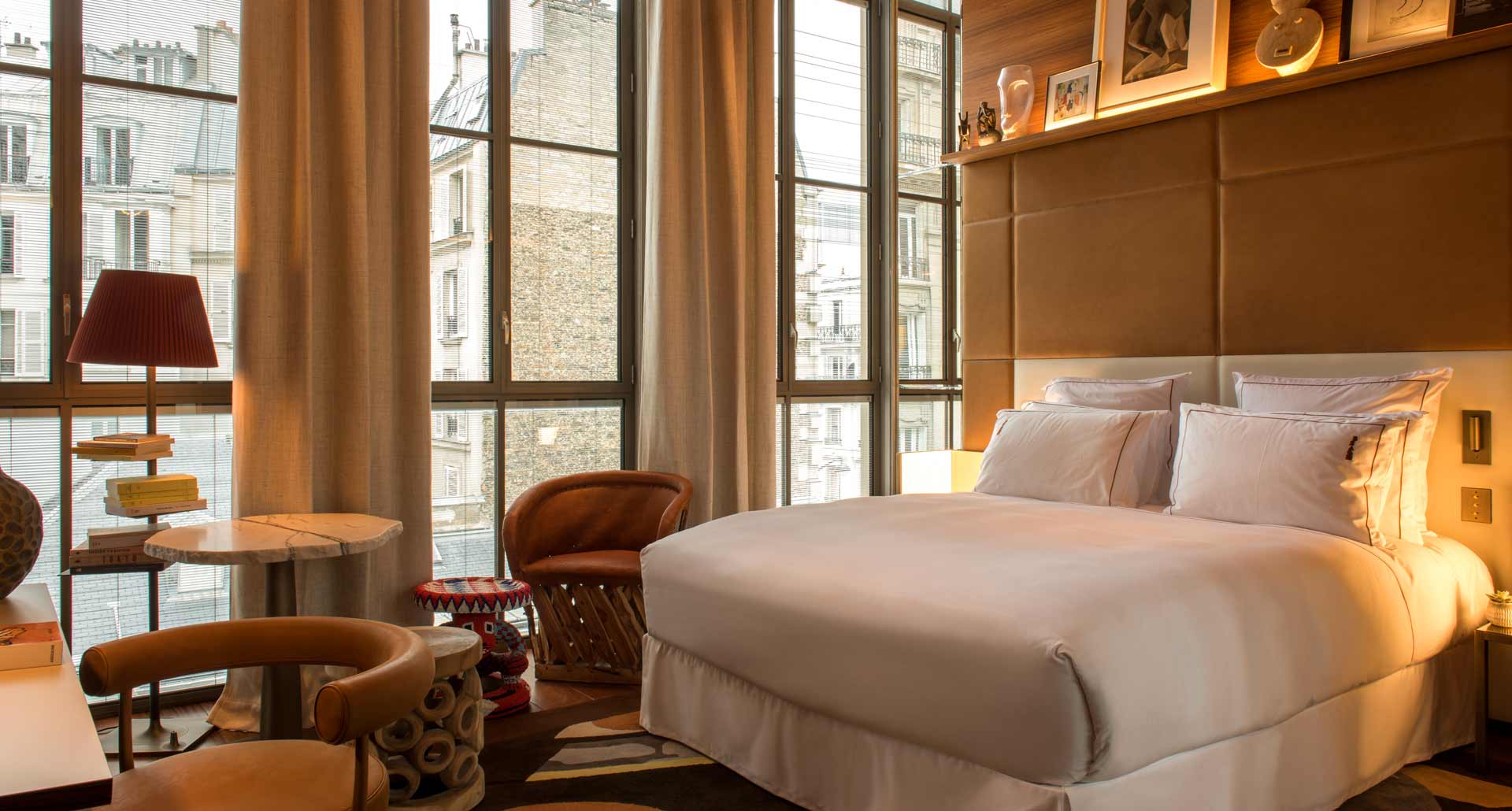 Tablet’s been online long enough to see several evolutions of Philippe Starck’s hospitality-design career, and with Brach Paris we find him in yet another mood — this hotel, in Paris’s 16th, makes an unlikely sort of glamour from the materials of the 1970s, to suit the building’s vintage. This means glossy wood paneling, leather, metal, vibrant patterns in earthy colors, and mirrors more or less everywhere. 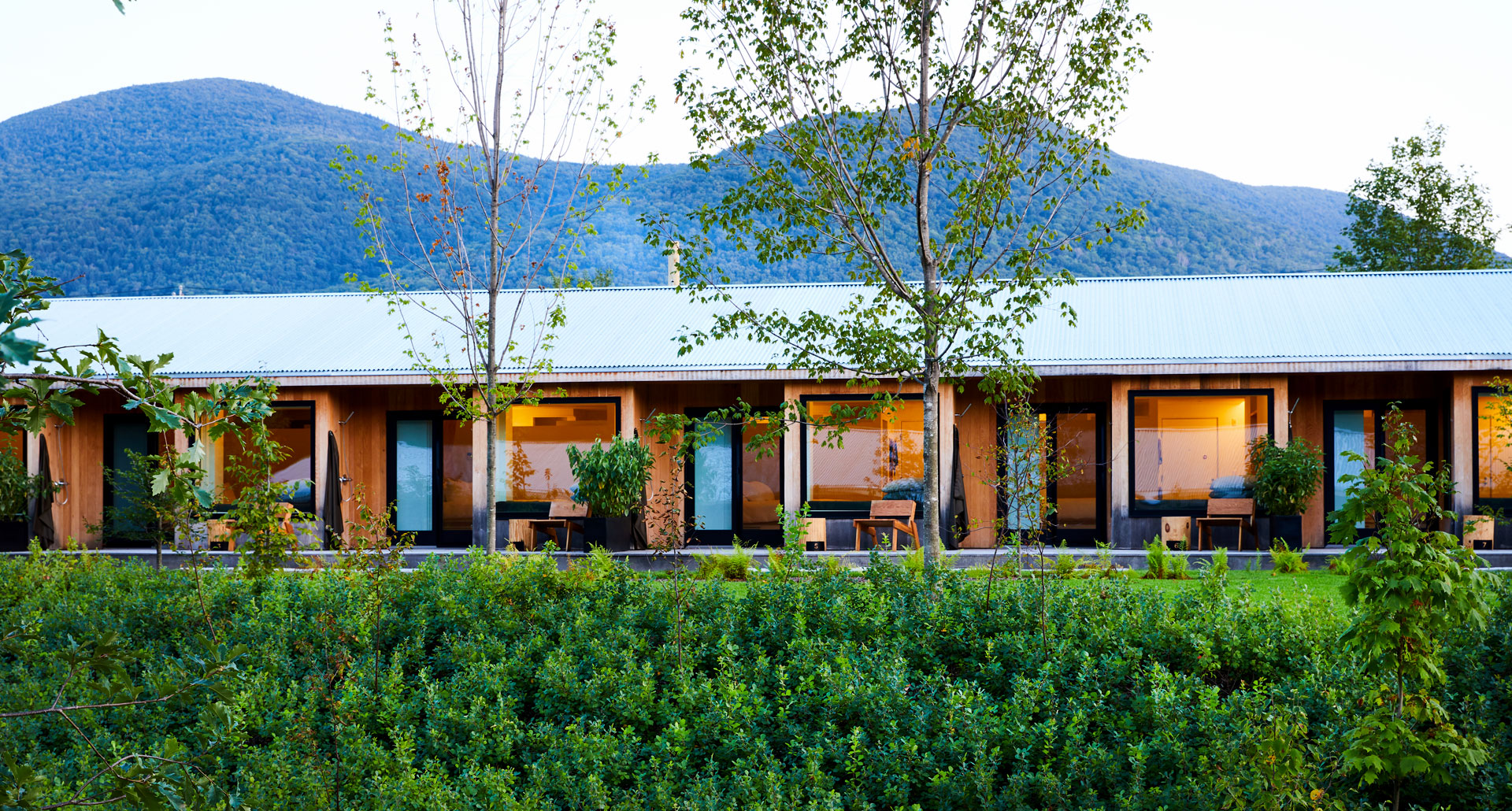 In far northwestern Massachusetts, roughly equidistant from Boston and New York, the Berkshires are undergoing the sort of revival that travel trend pieces are made of. Thanks in part to the redevelopment that’s accompanied MASS MoCA, the contemporary art museum, the formerly industrial town of North Adams is living a second life as a booming cultural destination. Outside the town center, on the road to neighboring Williamstown, you’ll find another piece of reclaimed Berkshires heritage: TOURISTS, a Sixties motor lodge reborn as a very modern, very hip little country boutique hotel. 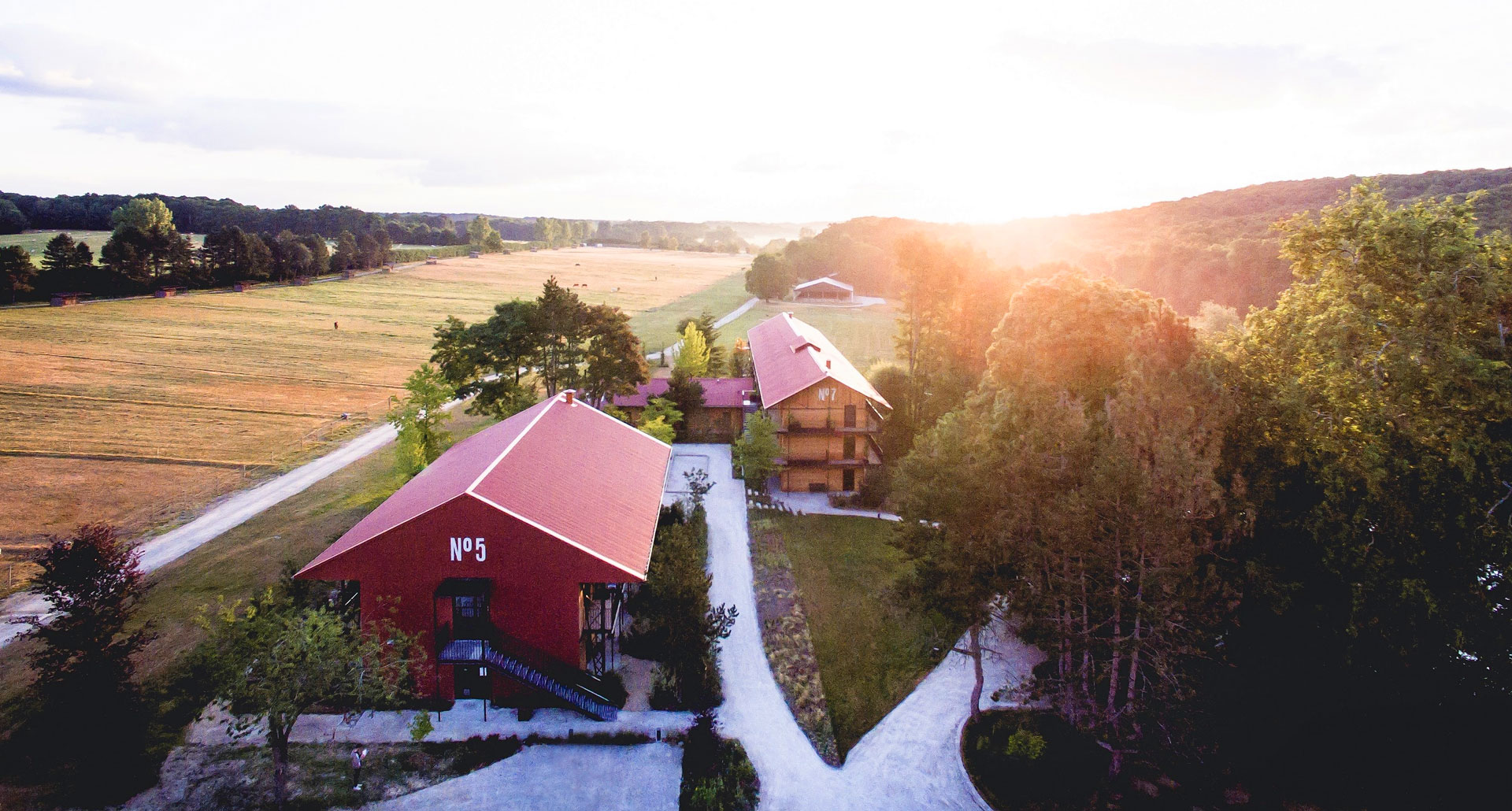 Think of a country escape within easy reach of Paris and you’re probably thinking of a palace built by the 18th-century aristocracy. As much as we love a good palace hotel, we also love hotels that take some liberties with expectations, and Le Barn is one of those hotels. Formerly an equestrian estate, it’s been redeveloped by a cutting-edge Parisian design firm, and the result is a hotel that’s comfortingly rustic and refreshingly stylish at the same time — its buildings combine classic agricultural silhouettes with contemporary construction and detailing. 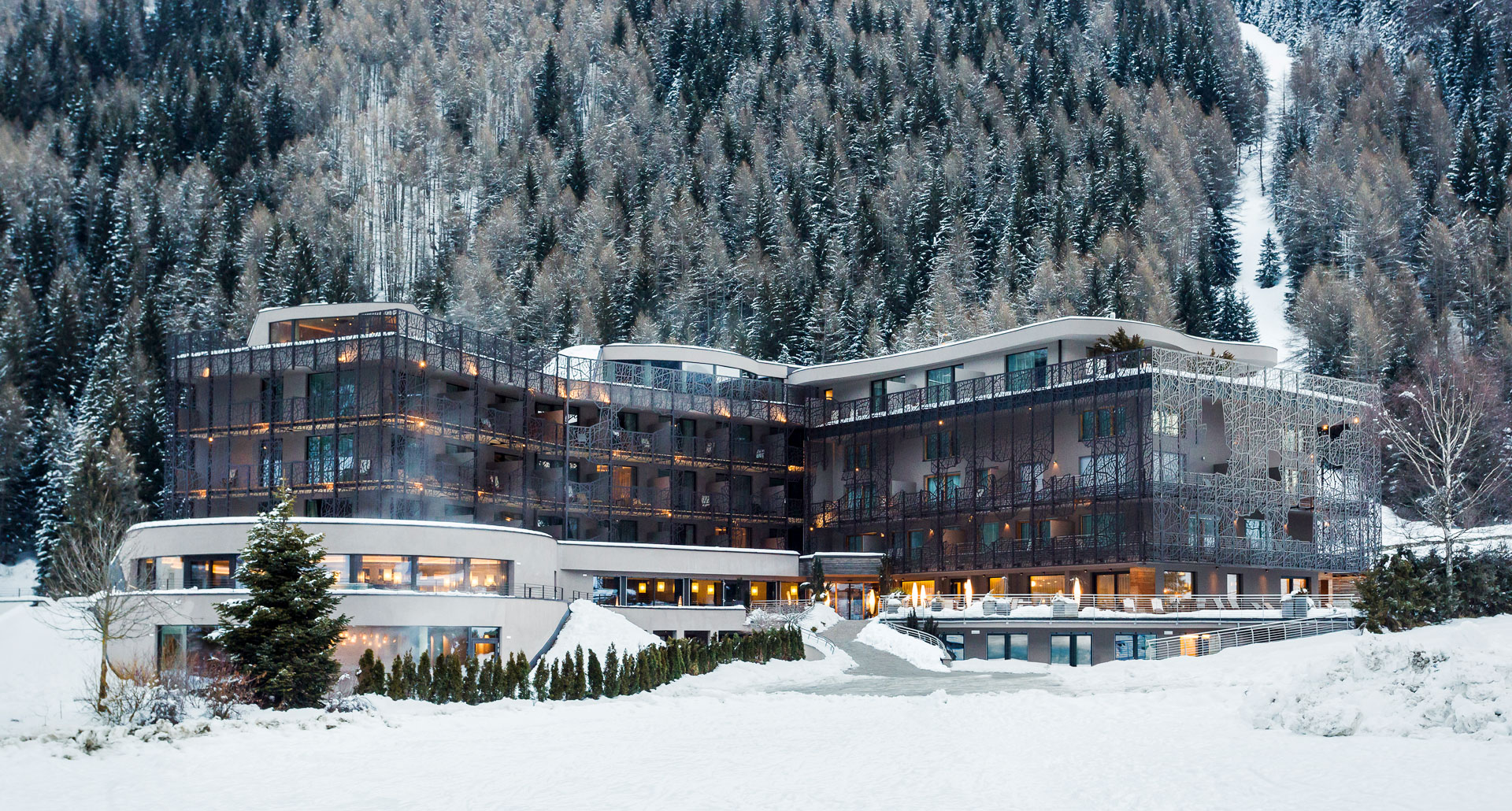 Though the national borders are of secondary importance when it comes to the Alps — nature doesn’t much care whether it’s in Italy, or Austria, or Switzerland — you know you’re in Italian territory when you encounter a hotel with a name like Silena, The Soulful Hotel. It’s nothing if not memorable, and in that way it’s entirely fitting for a hotel as unique as this one.