Hotel design has been heavily influenced by Modernism for a couple of decades now, outlasting other trends along the way. It’s easy to see why.

It makes a lot of sense that Modernism would be a popular design choice for hotels. The clean lines and uncluttered vibes are attractive both to managers who desire limited complications and to guests who think minimalism is an impossible dream. For them, “form follows function” — the belief that appearance should be determined by purpose — isn’t just a Modernist principle, but also the key to a simple and stress-free hotel stay.

The Mid-Century Modern movement was over by 1975. Then, as typically happens a generation later, it made a full-throated return. Usually these retro revivals run their course, but the hotel romance with Modern design has persevered through the rise of other, more ornate styles. Its space-age kitsch has fared less well, but as demonstrated by the sixteen hotels below, Modernism’s elegant and sophisticated voice is as strong as ever.

For more inspiration, check out our selection of 16 Homes by Iconic Modernist Architects, in partnership with Dwell. 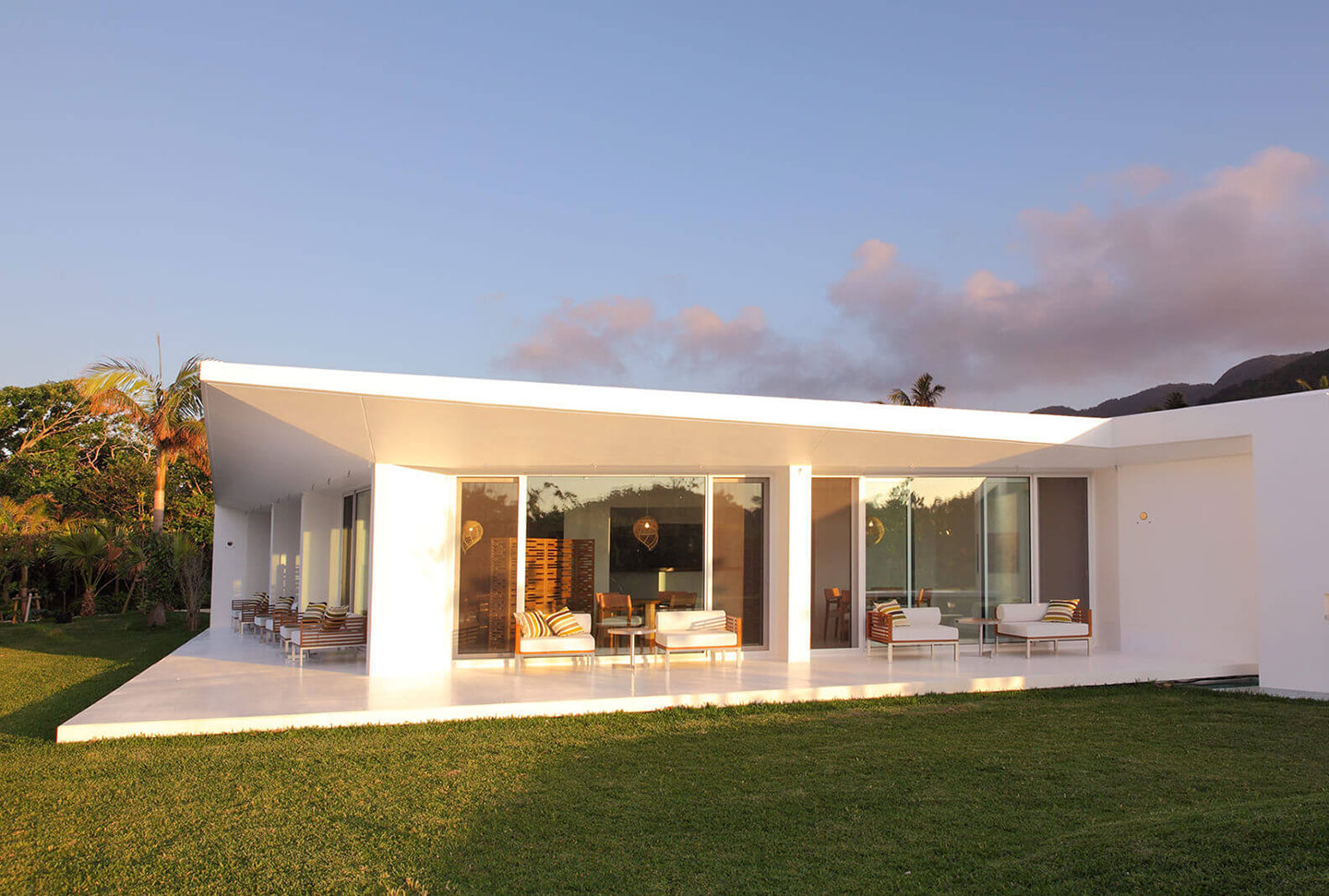 If there’s a place where modernist minimalism still feels authentically connected to the local tradition, it’s Japan — where true believers like Yutaka Momiyama, proprietor of Jusandi, are keeping the faith. 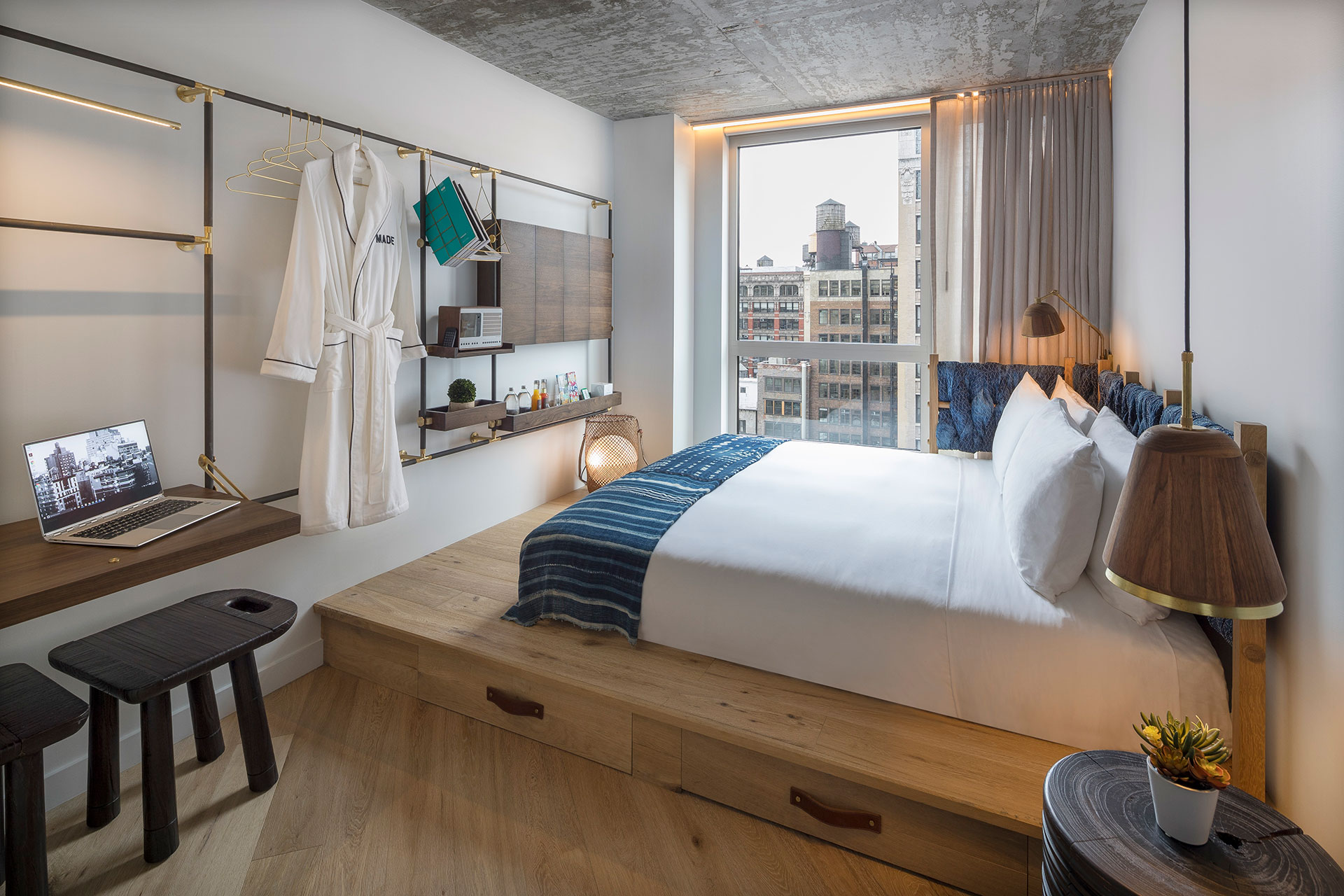 With their minimalist décor, modernist design, modular fixtures, and unapologetically unfinished surfaces, the rooms at Made Hotel are a prime example of form following function. 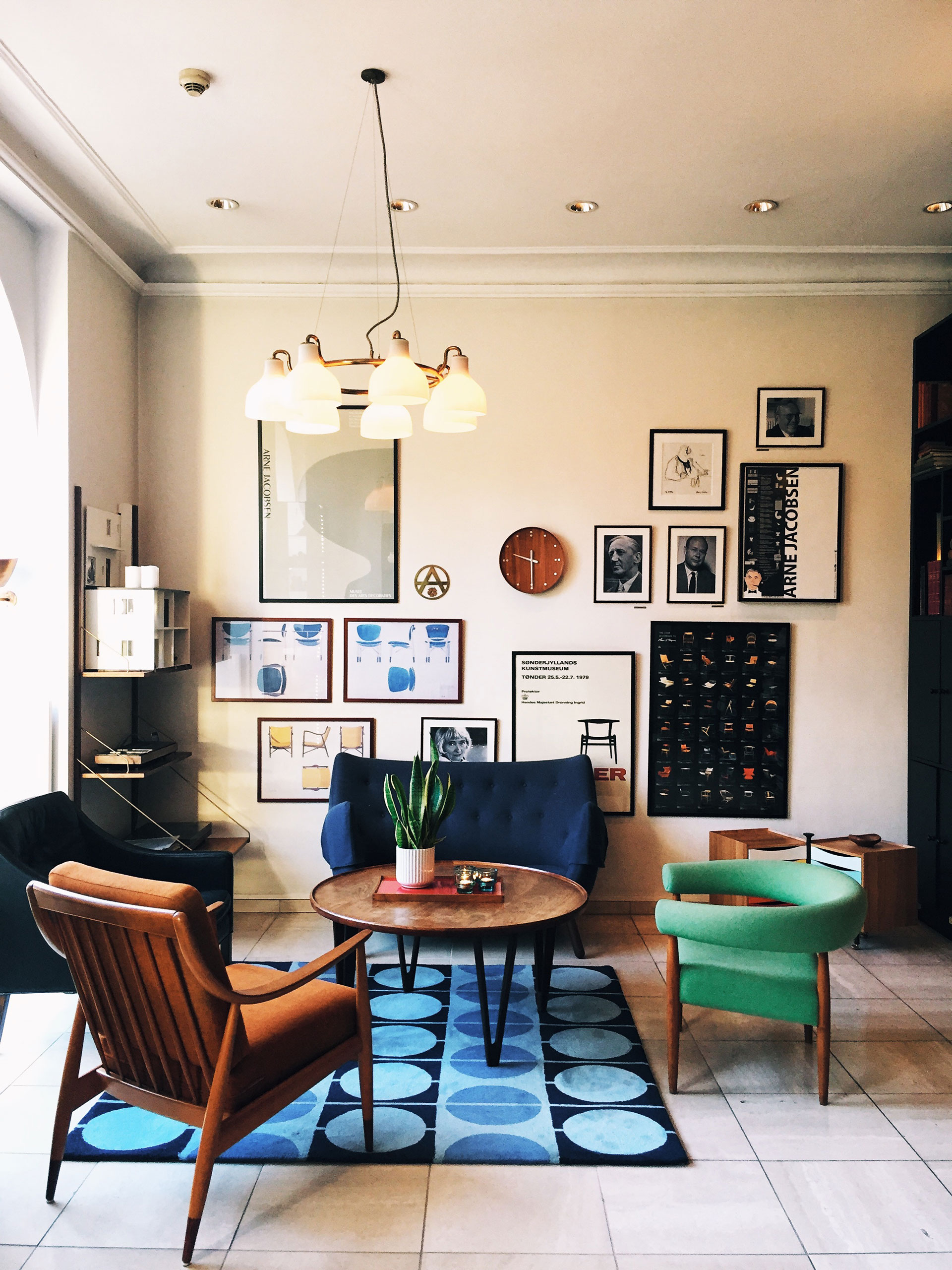 Hotel Alexandra’s truly impressive collection of Danish furniture is put to exceedingly good use in rooms that serve as live-in homages to the great Danish designers — Arne Jacobsen, Hans Wegner, and Finn Juhl among them. 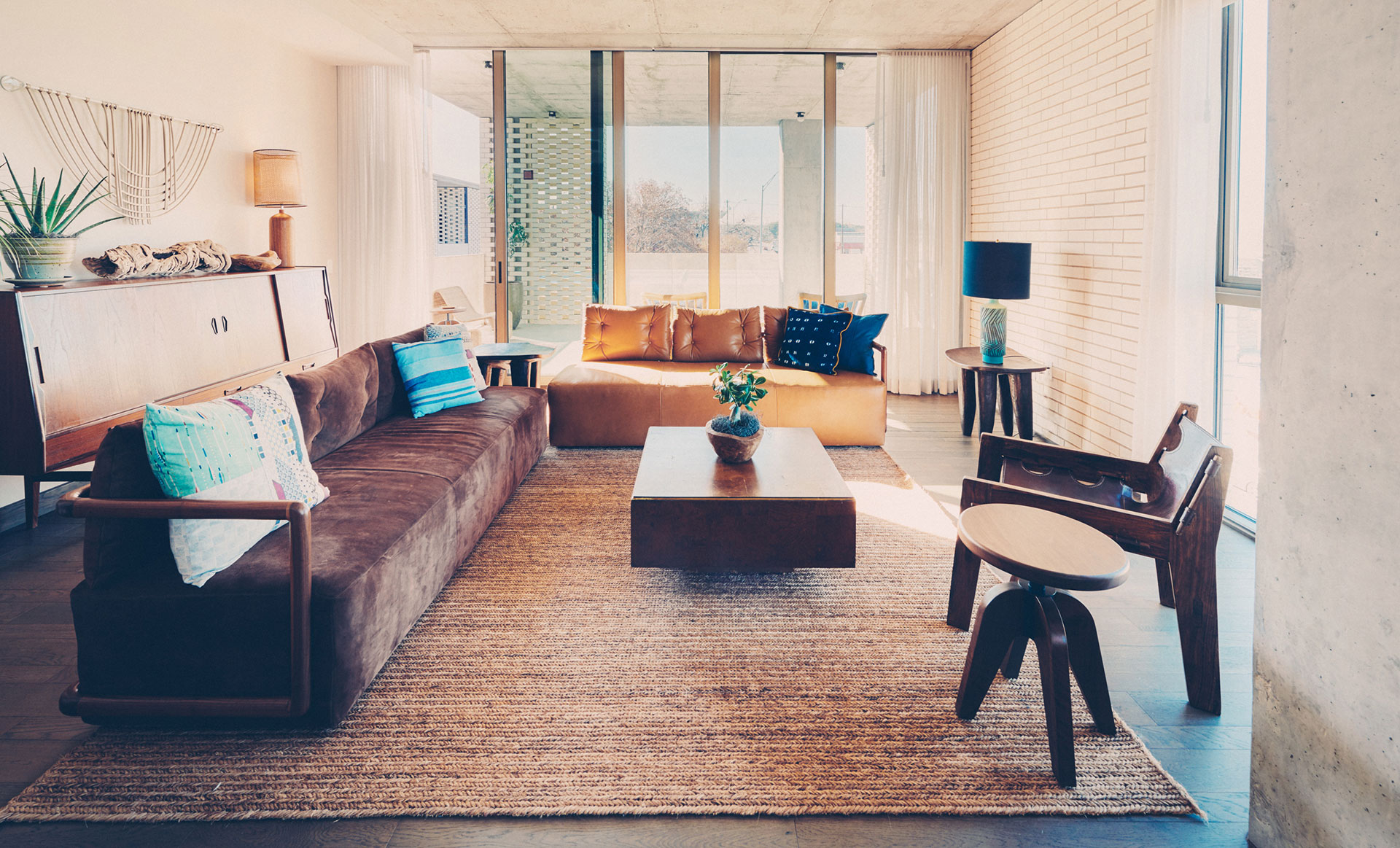 South Congress Hotel in Austin puts forth a version of Texas where modernist design and architectural minimalism combine to reveal a more cosmopolitan version of life in the Lone Star State. 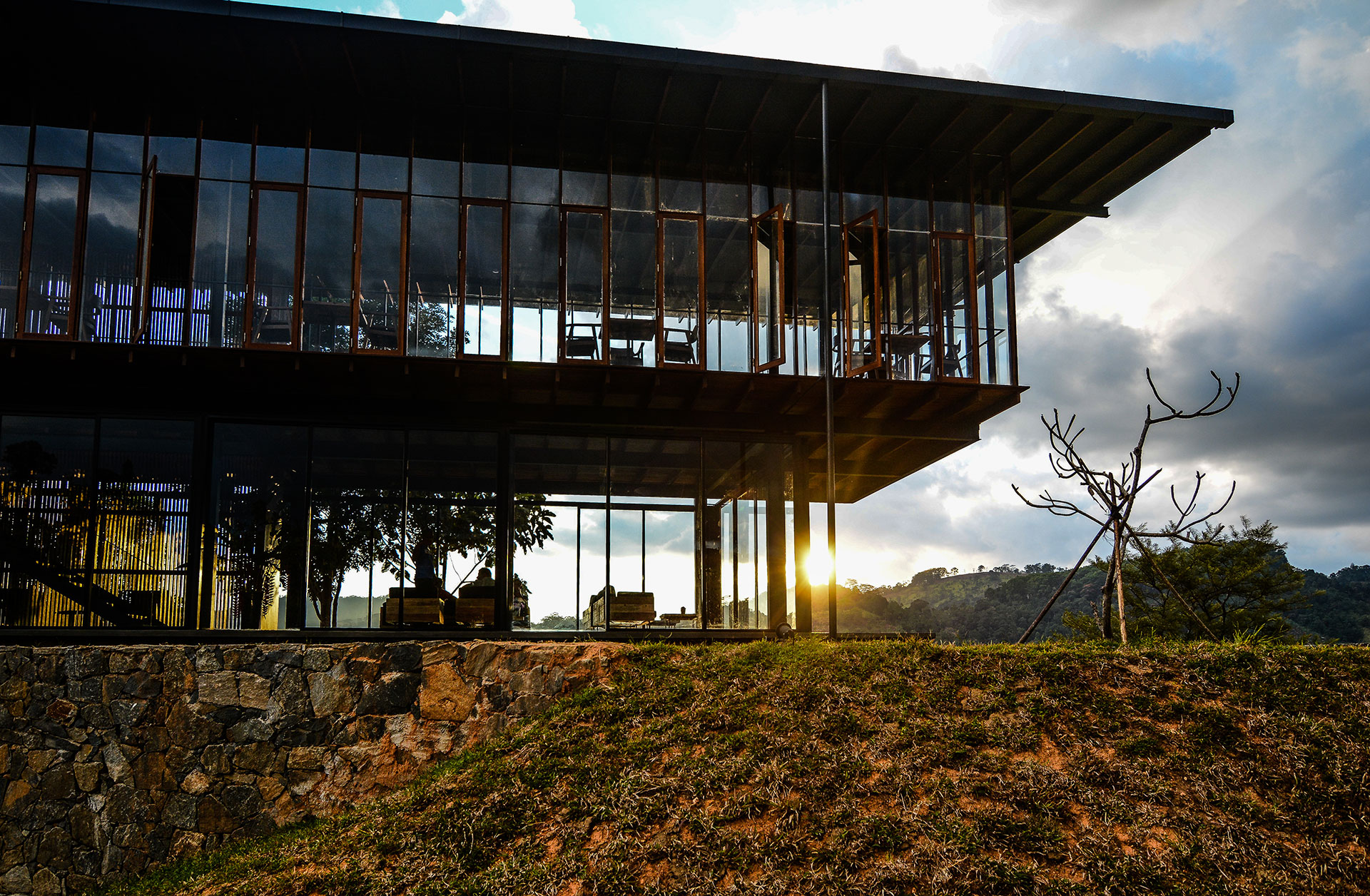 Santani’s minimalist modern architecture is designed to induce a calmer state of mind. The architectural simplicity is stunning and perfectly complements the resort’s contemplative wellness programs. 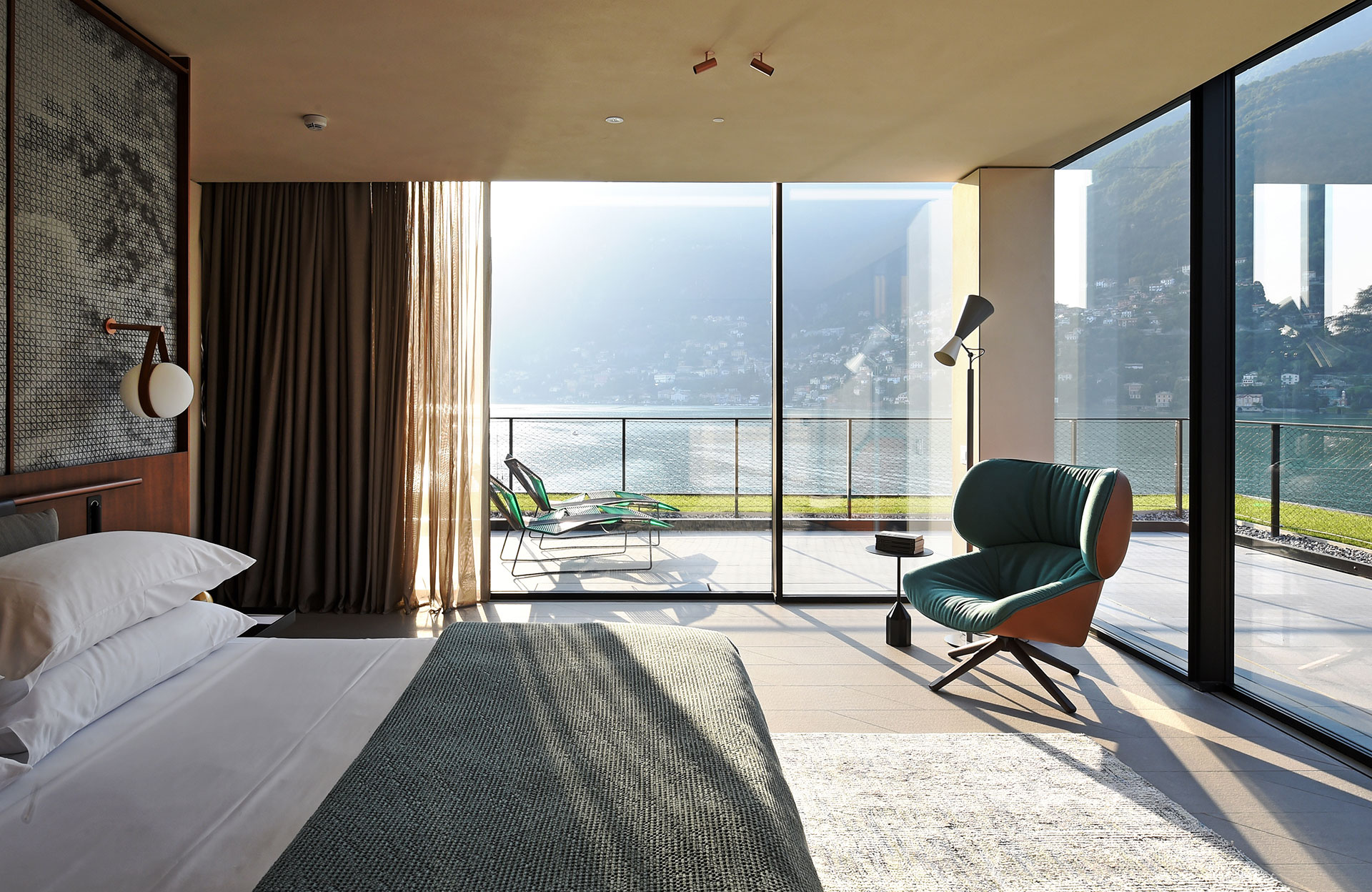 Forget about faux Roman columns and porticos: though it’s built on the foundation of an old stone boathouse, Il Sereno is a modern marvel of minimalist chic and futuristic whimsy both inside and out. 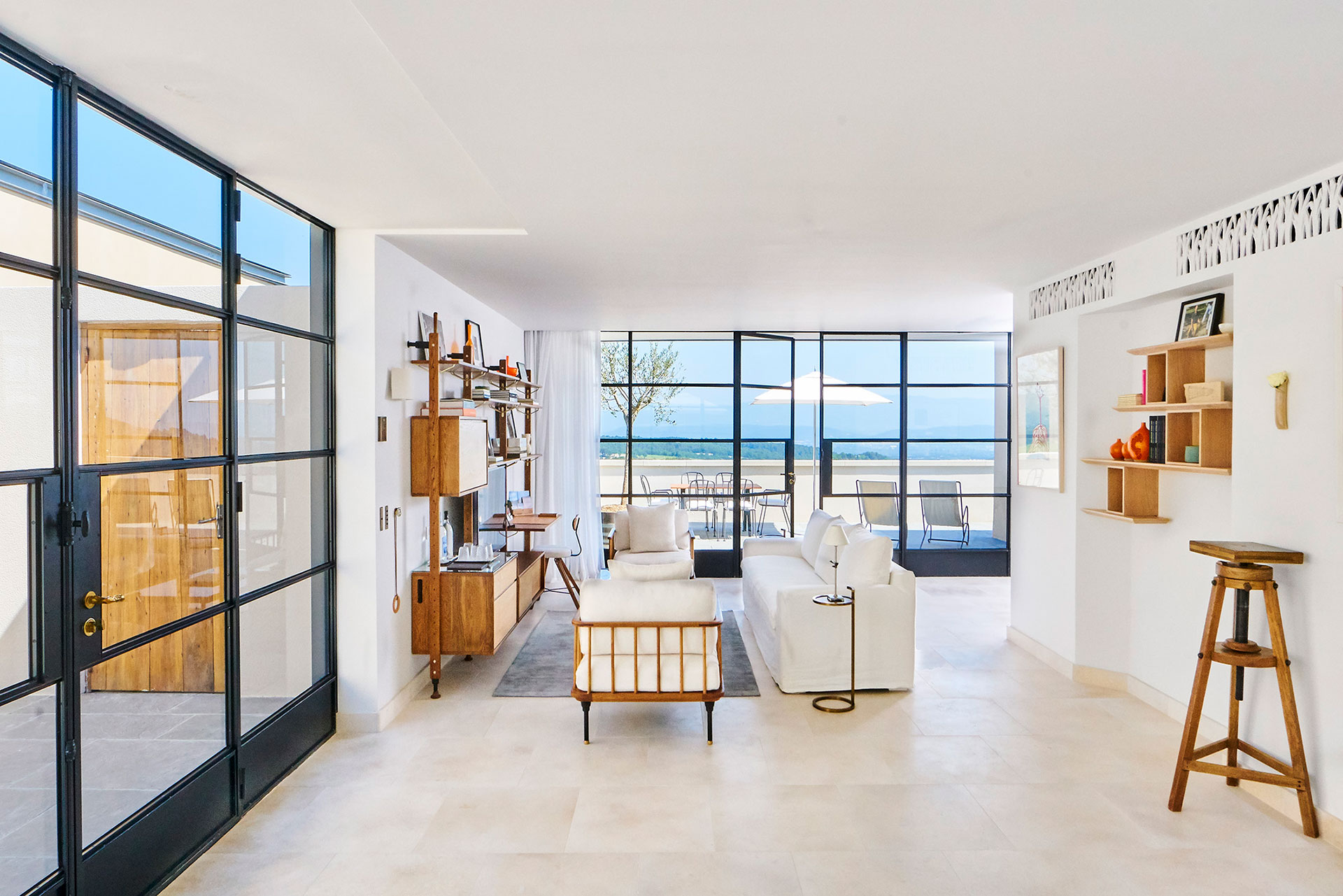 If living on the grounds of a 17th-century Provençal farmhouse weren’t fantasy enough, at Villa La Coste you’ll find yourself surrounded by floor-to-ceiling windows and modernist furnishings like modular shelving units. 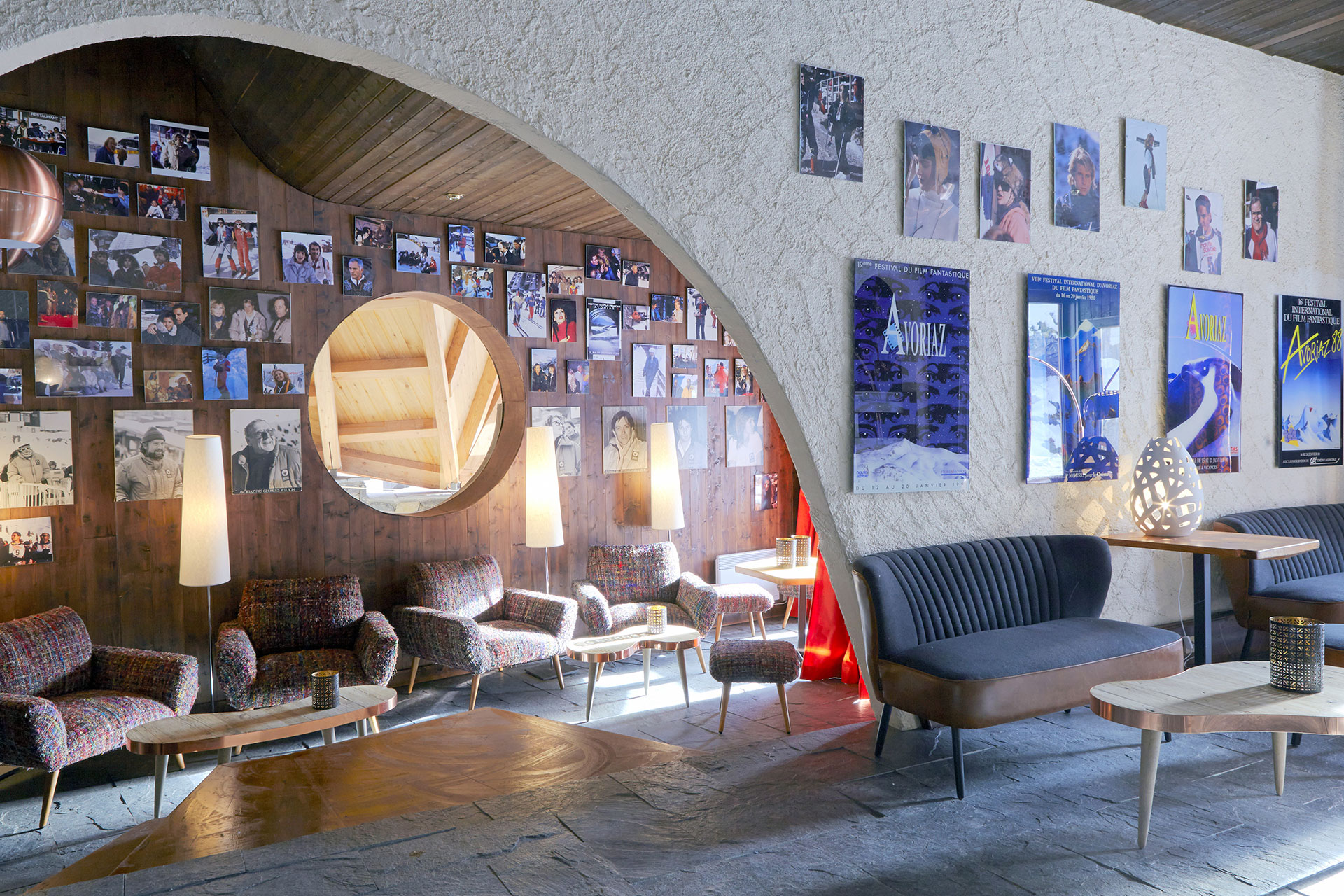 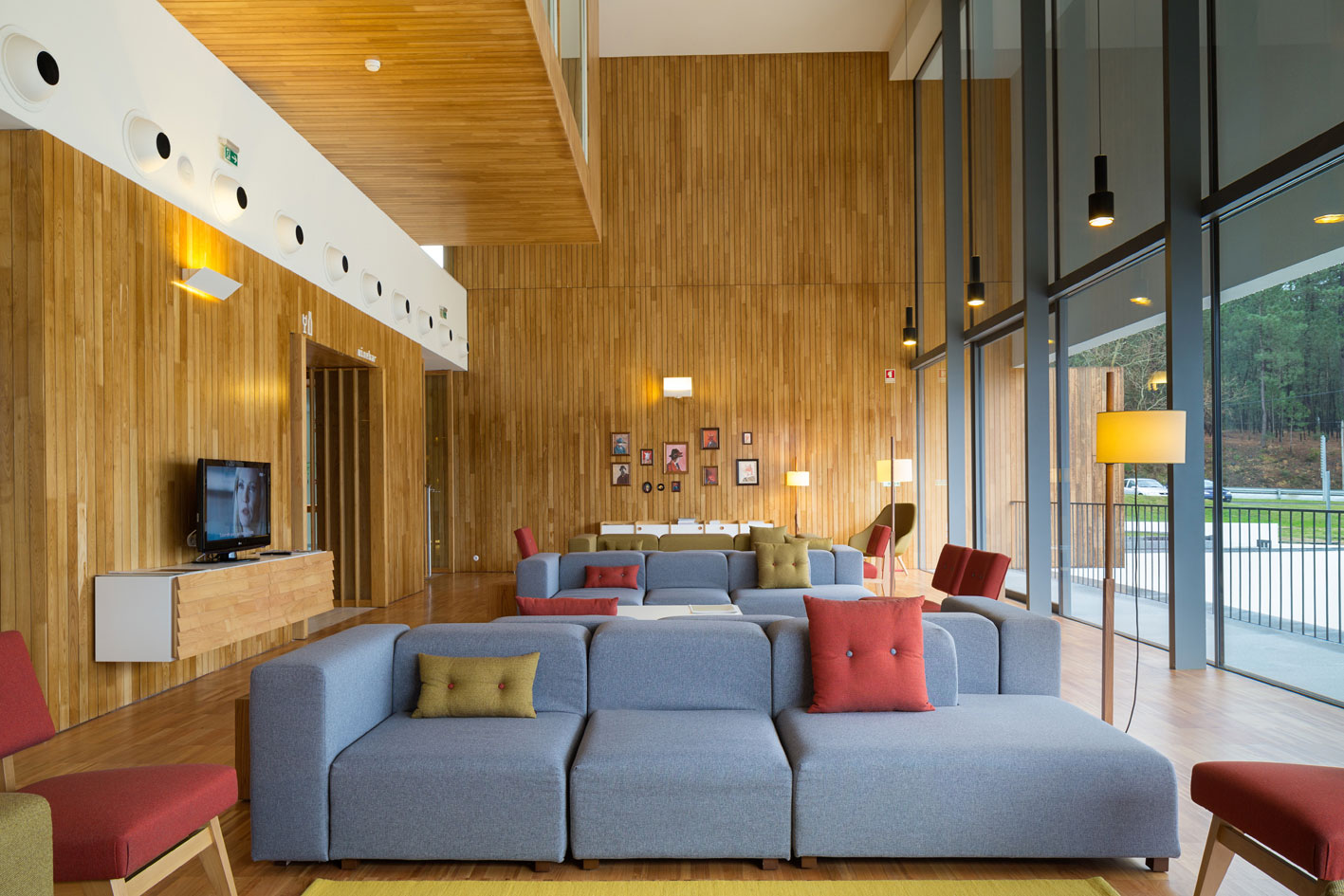 Hotel Minho’s modern minimalist aesthetic, with its geometric forms and low-profile construction, is spare to the extreme, but that emptiness goes a long way toward creating the resort’s desired tranquility. 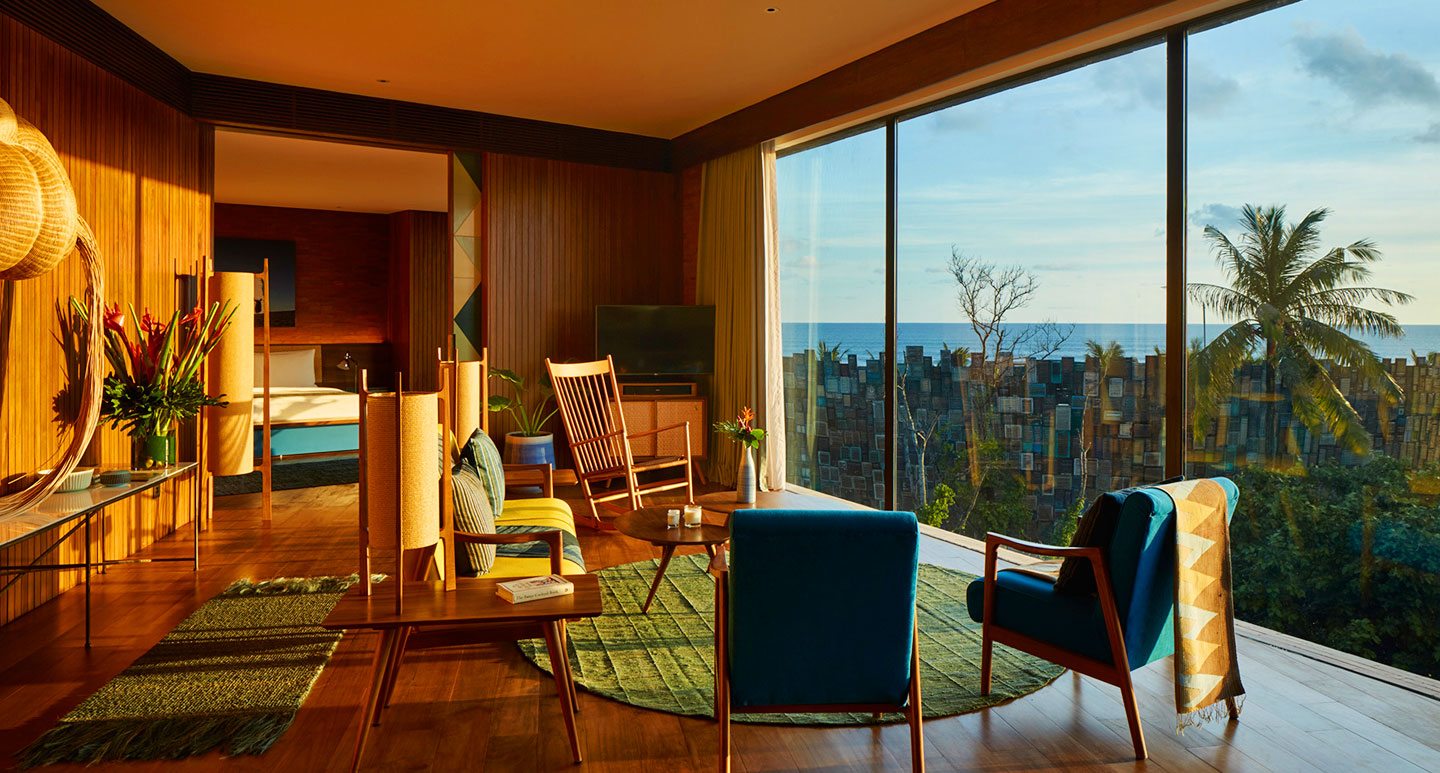 Katamama is an architectural showpiece, a Balinese beach hotel built almost entirely by local artisans, whose traditional craftsmanship sets the stage for a lovely collection of historically significant mid-century furniture. 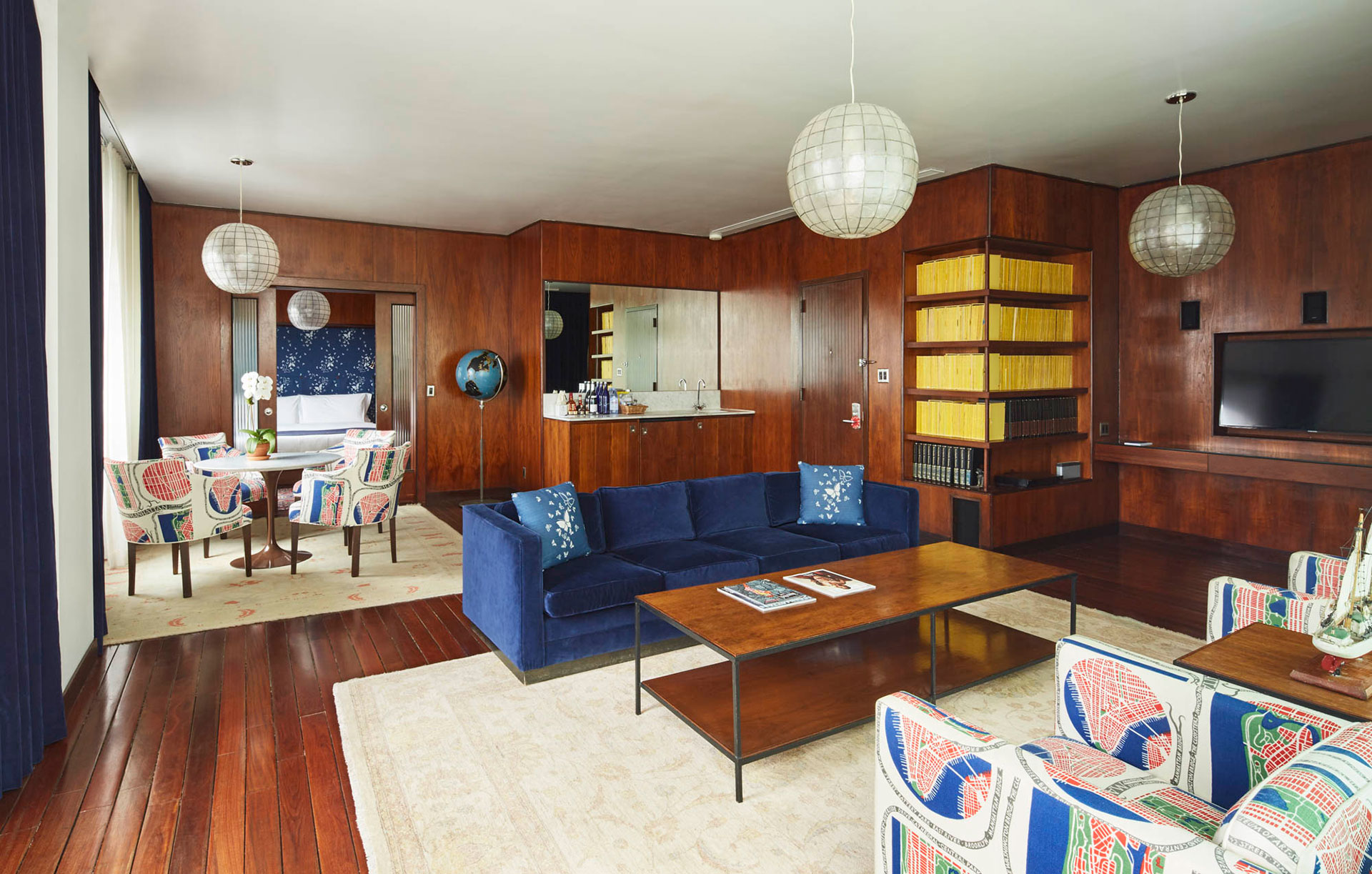 A seafaring vibe is obvious at The Maritime, reminding guests of the slightly utopian era of mid-20th-century modernism, when the new forms were replacing the old and it felt as though just about anything might be possible. 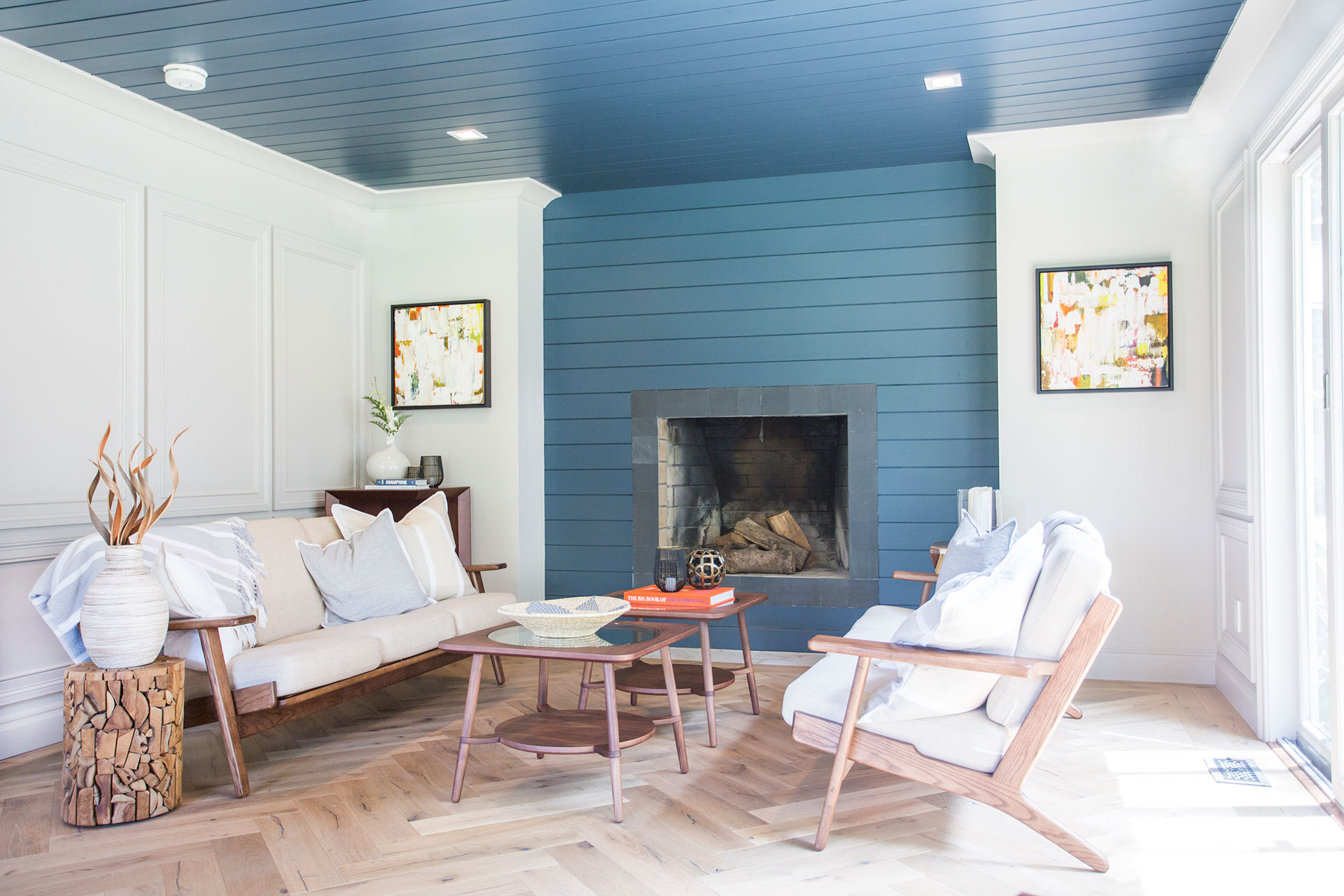 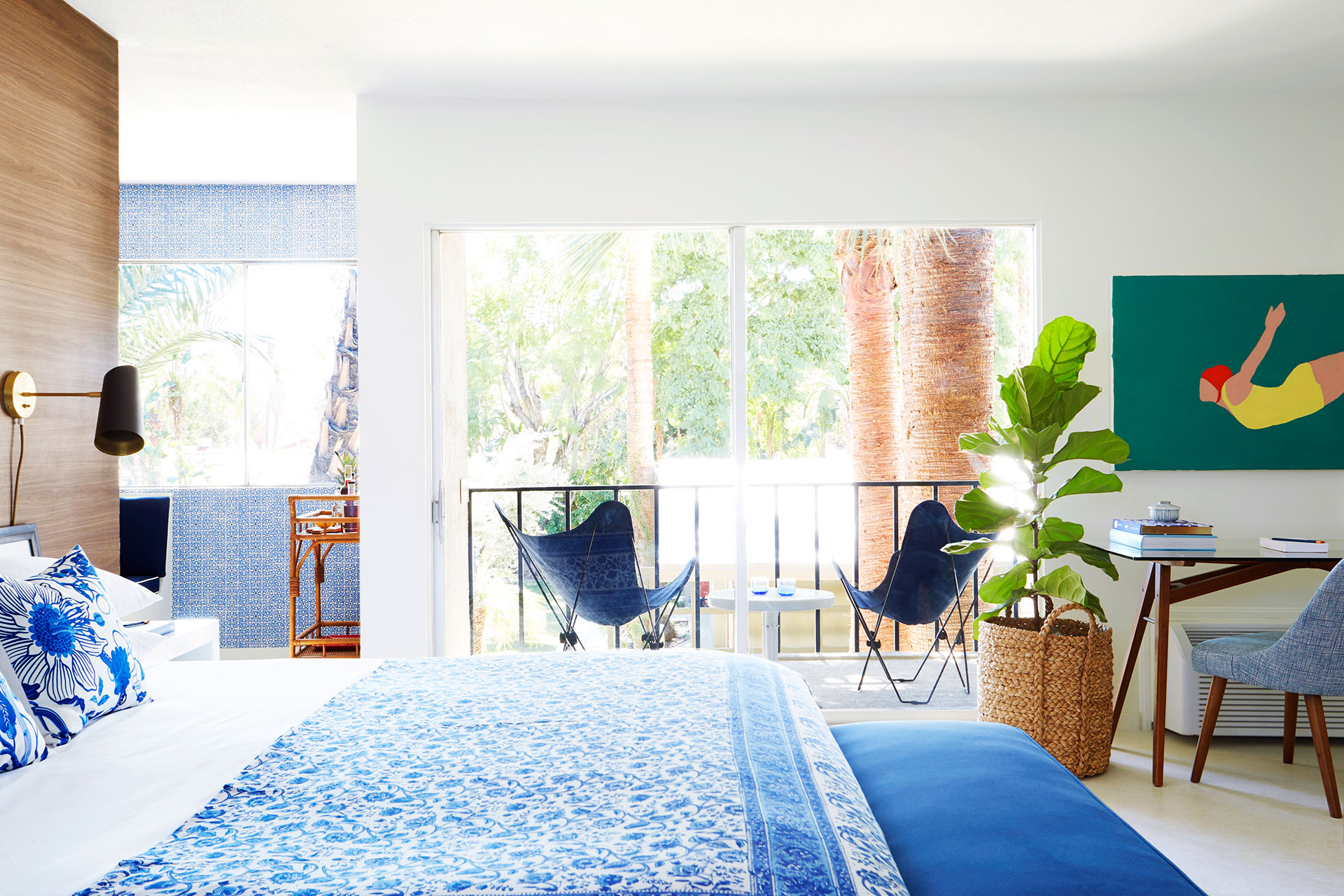 Despite first opening in 1951, Holiday House isn’t another Palm Springs modernist museum piece. The hotel’s mid-century bona fides speak for themselves, to be sure, but a recent design overhaul wisely avoids kitsch. 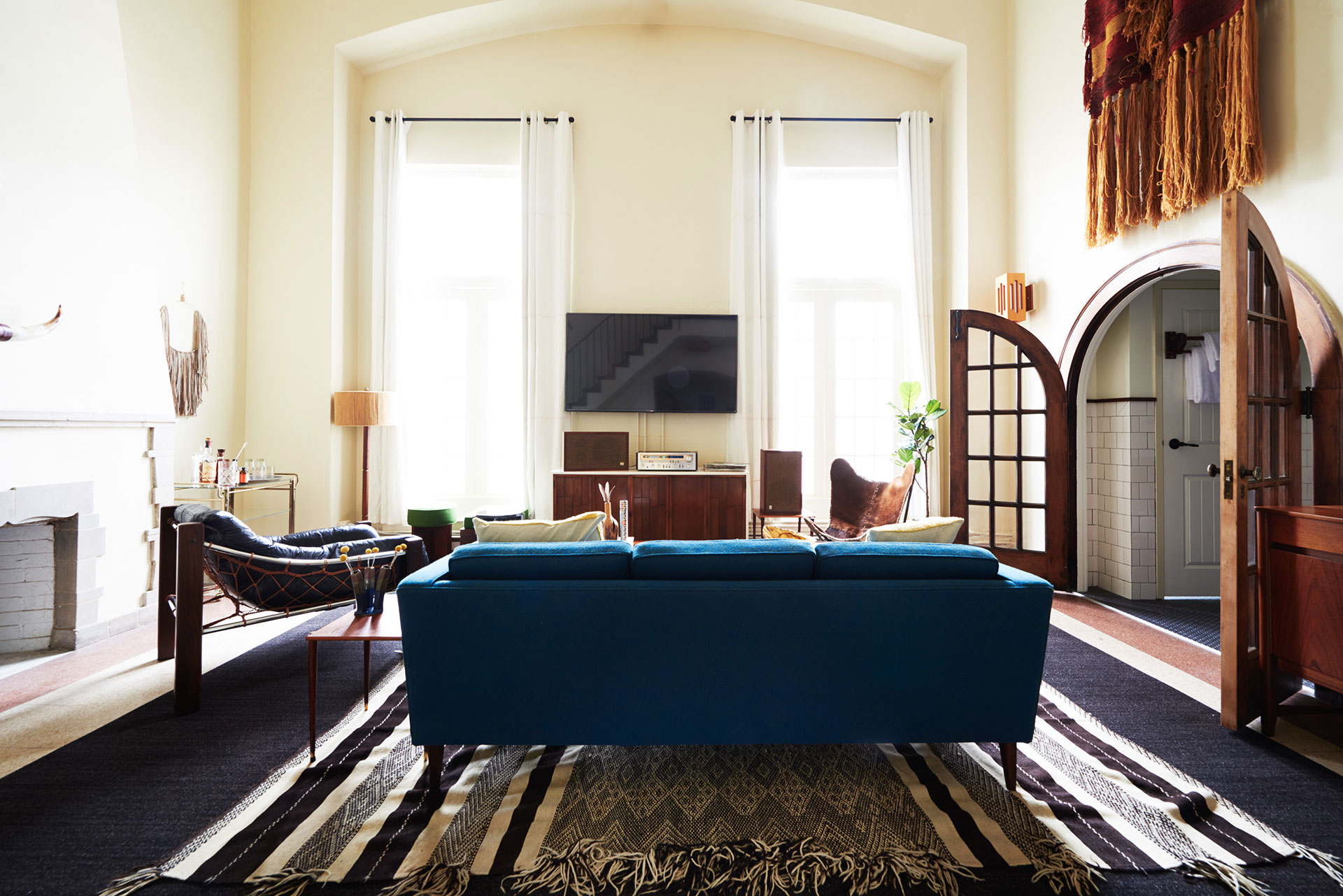 Thanks to designers Roman and Williams, the interiors of Freehand Chicago ingeniously combine numerous styles and vibes, with expertly-curated pieces of modernist furniture that work in harmony alongside them all. 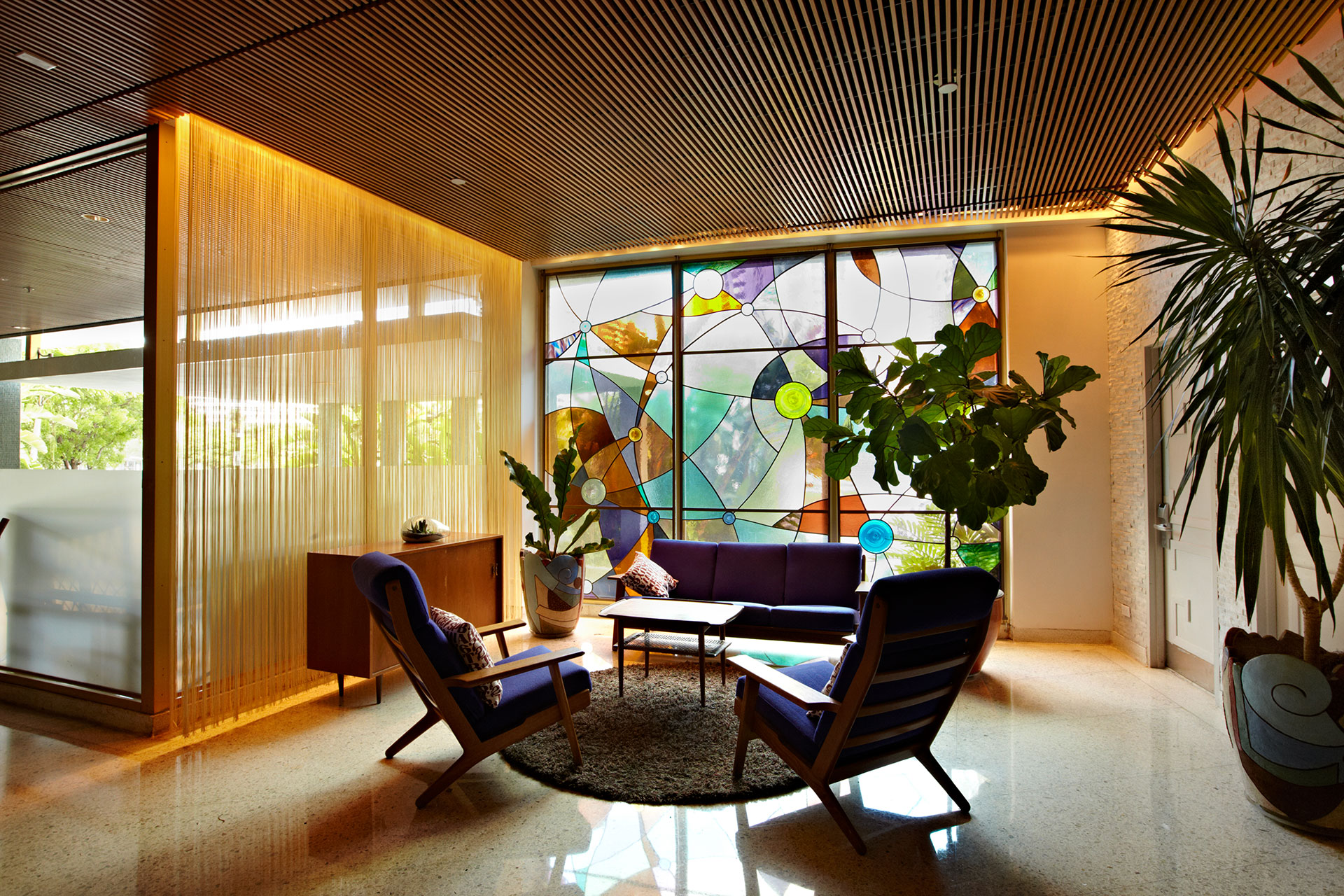 The Standard Miami mixes the local brand of ’50s modernism with Scandinavian furniture of the same period, all in a setting that’s a little lower-key than the neon exuberance displayed on nearby Collins Avenue. 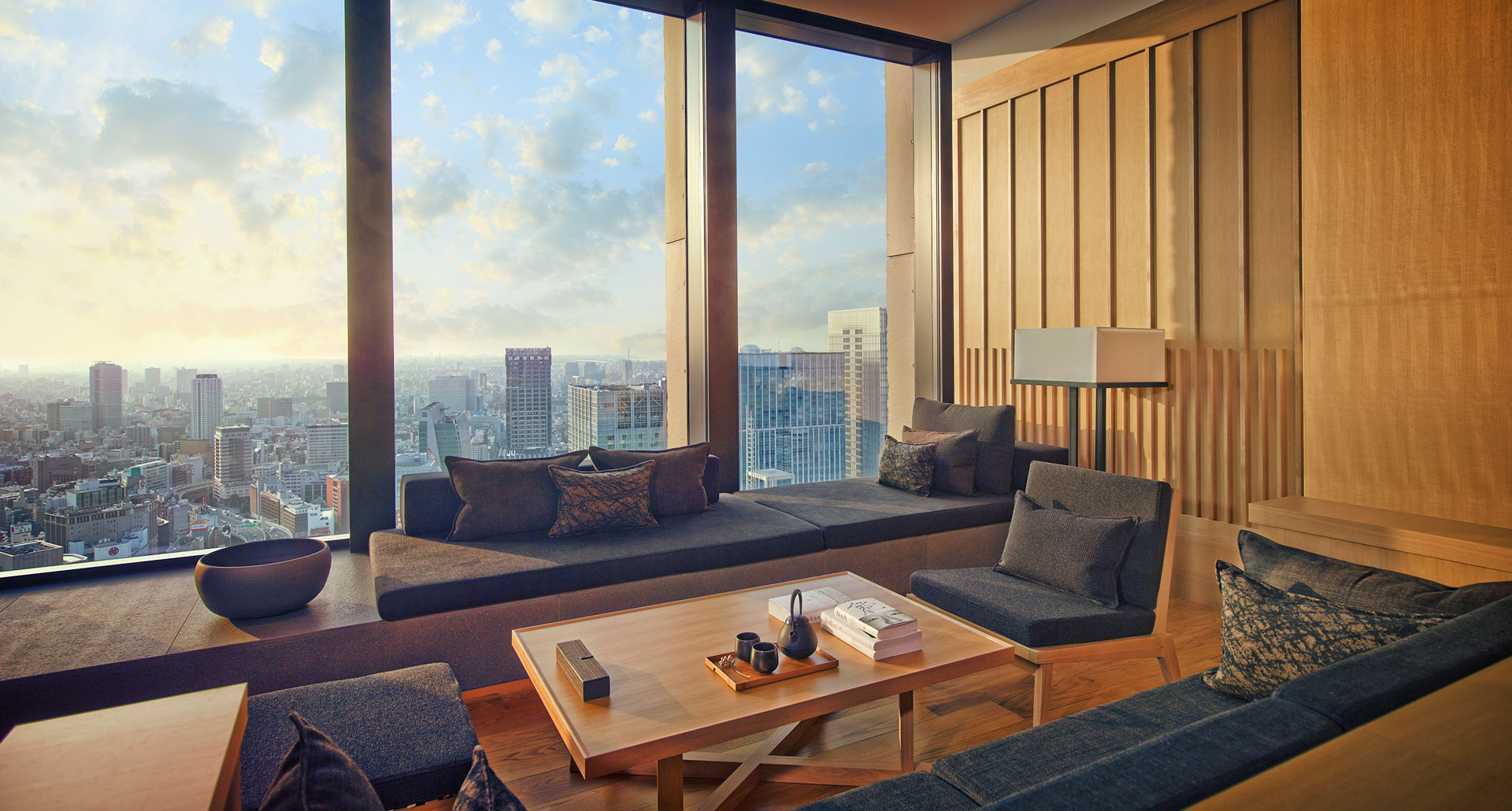 Aman Tokyo’s modernist rooms pay tribute to the traditional Japanese experience — the warm, golden tones would be right at home in a ryokan, and provide a calming contrast to the bustling blue-gray city some 30+ stories below.