Every year, friends and strangers alike come together in explosions of color at India’s Holi festivals. Photographer Michael Greenberg visited the city of Jaipur for an up-close look at this year’s euphoric celebration.

If you’ve been following along in these pages, you’d know that we’re big fans of photographer Michael Greenberg. We’ve featured his photo essays a couple of times before: see his street-level observations of Havana and Hong Kong. For this, his third Tablet feature, he’s narrowed his focus to one especially ecstatic event in India.

India’s yearly Holi festivals commemorate the beginning of spring and the triumph of good over evil. They occur throughout the country, typically falling sometime between the end of February and the middle of March. What they’re most famous for, as you’ll see below, is the raucous rainbow explosion that occurs as participants cover one another in different colored powders, each color representing a meaningful aspect of Hindu history and culture.

On March 2nd of this year Michael visited Jaipur, the capital and largest city of the state of Rajasthan, and got deep into the heart of the spectacle, capturing the frenzy as friends and strangers came together in pure celebration. 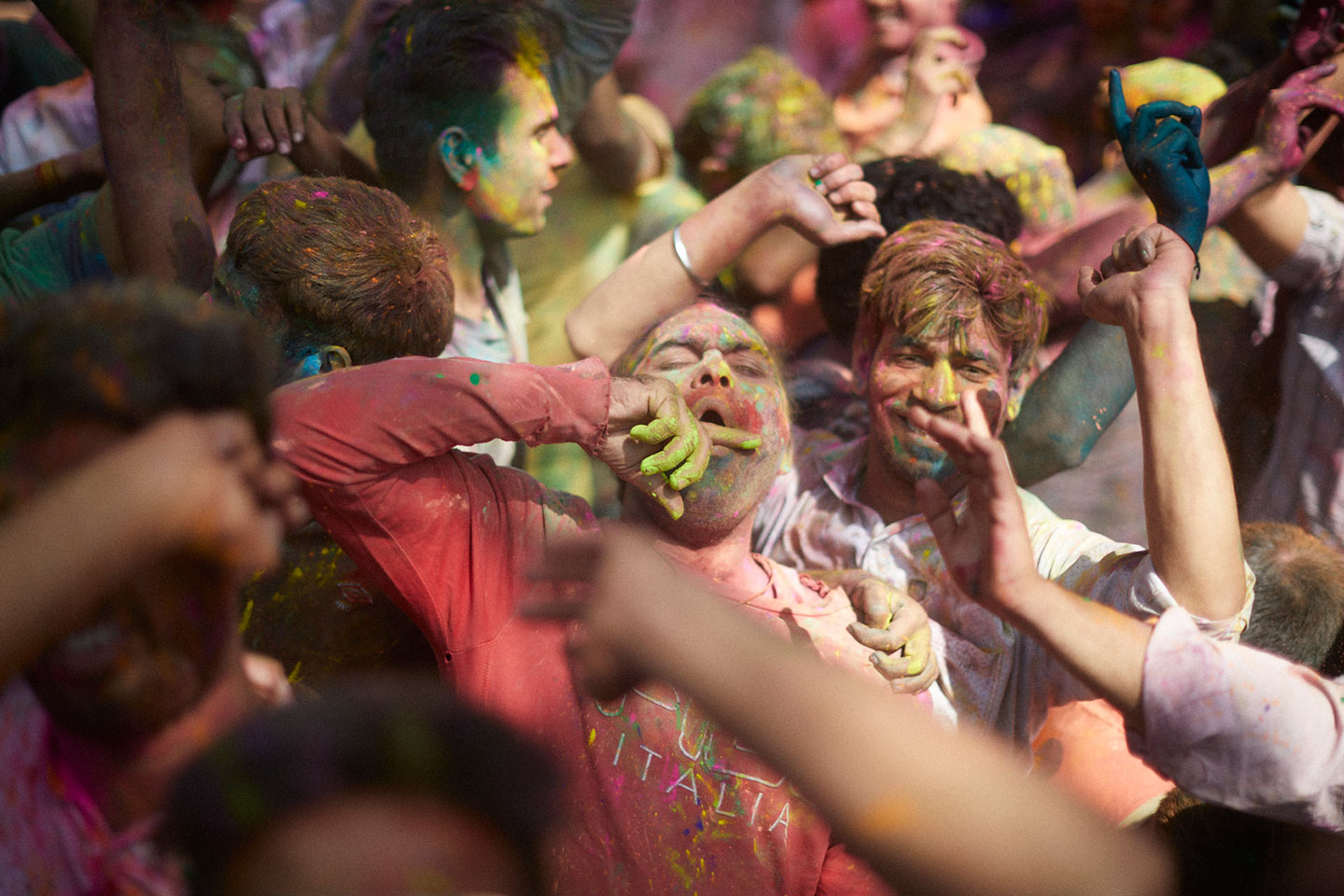 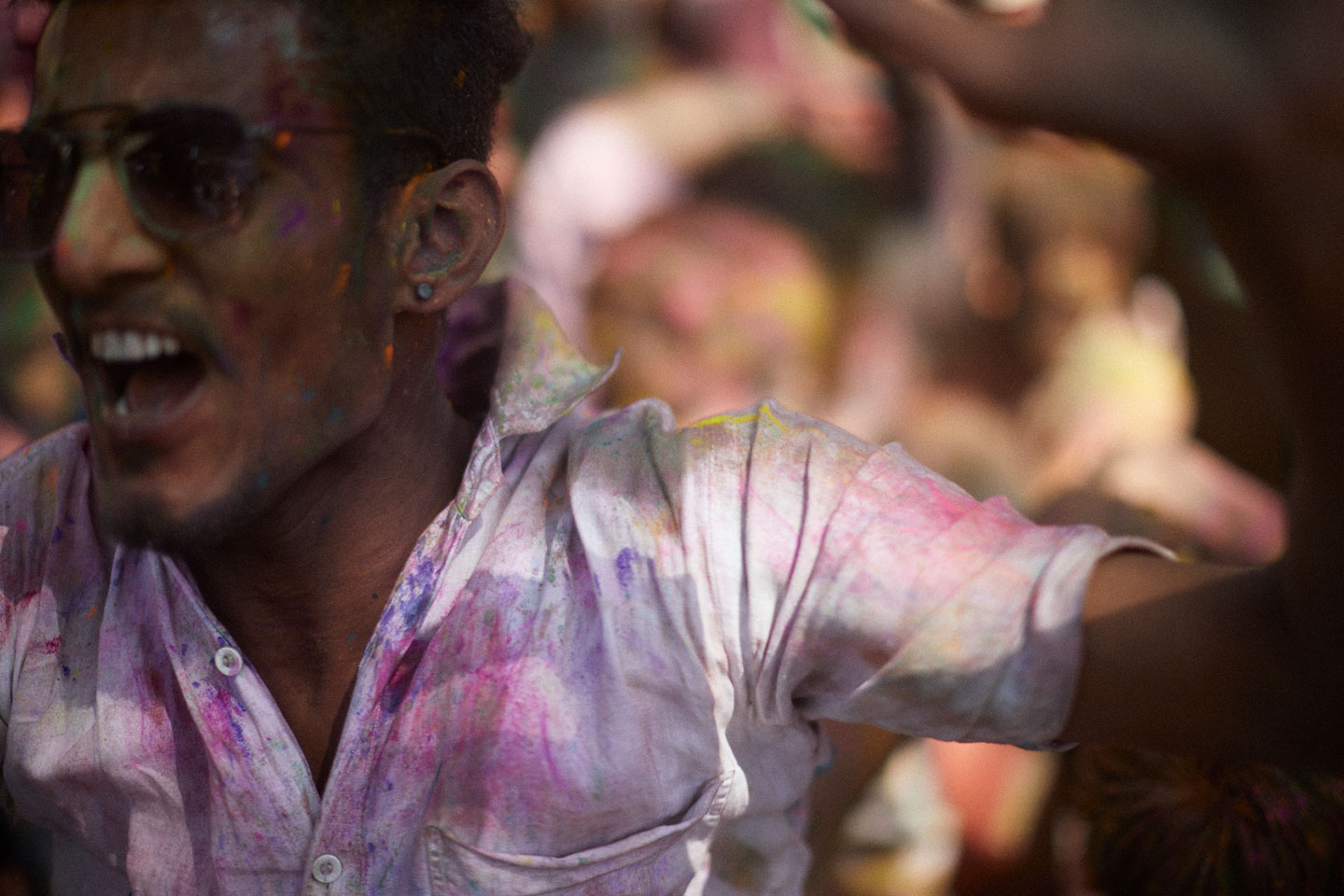 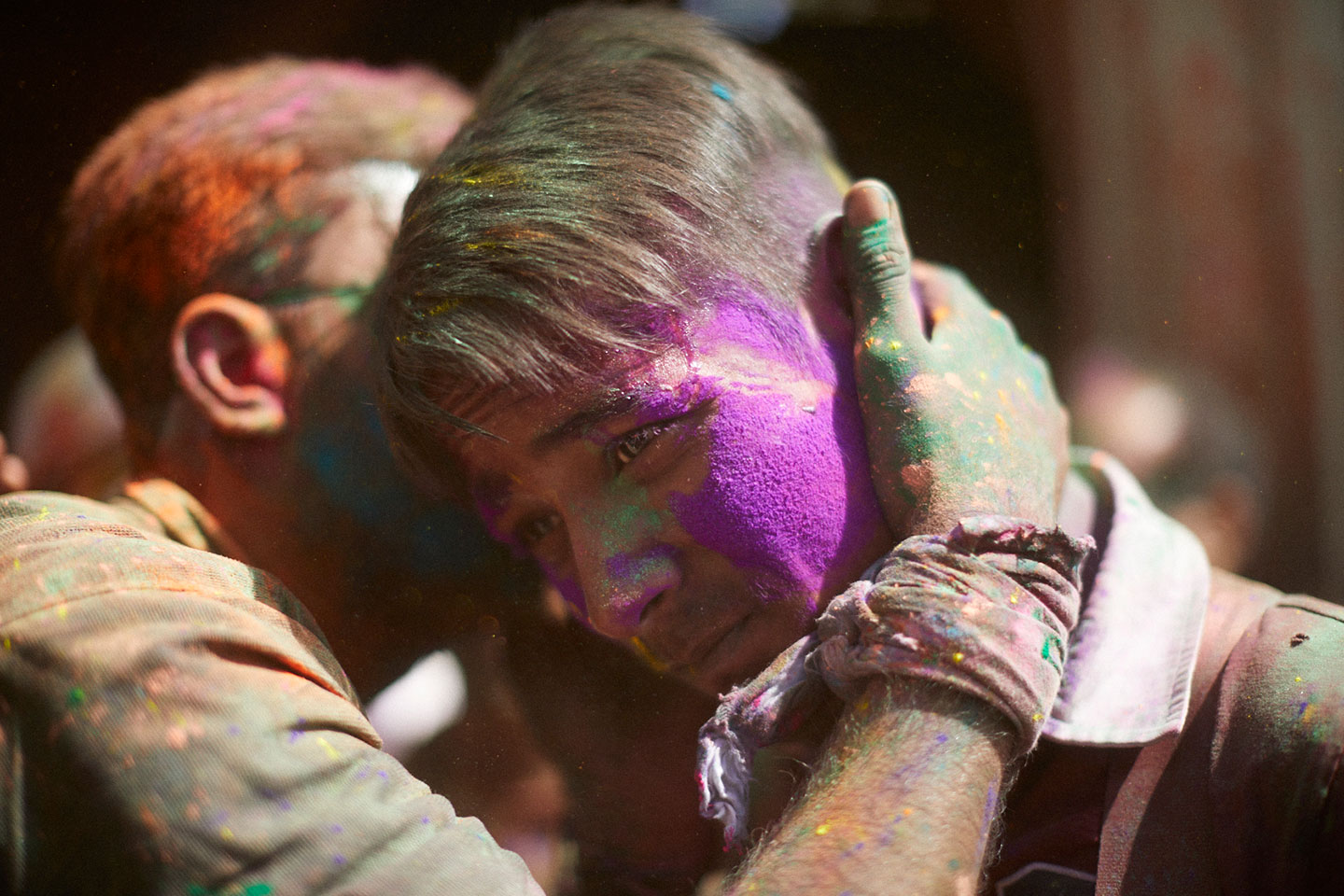 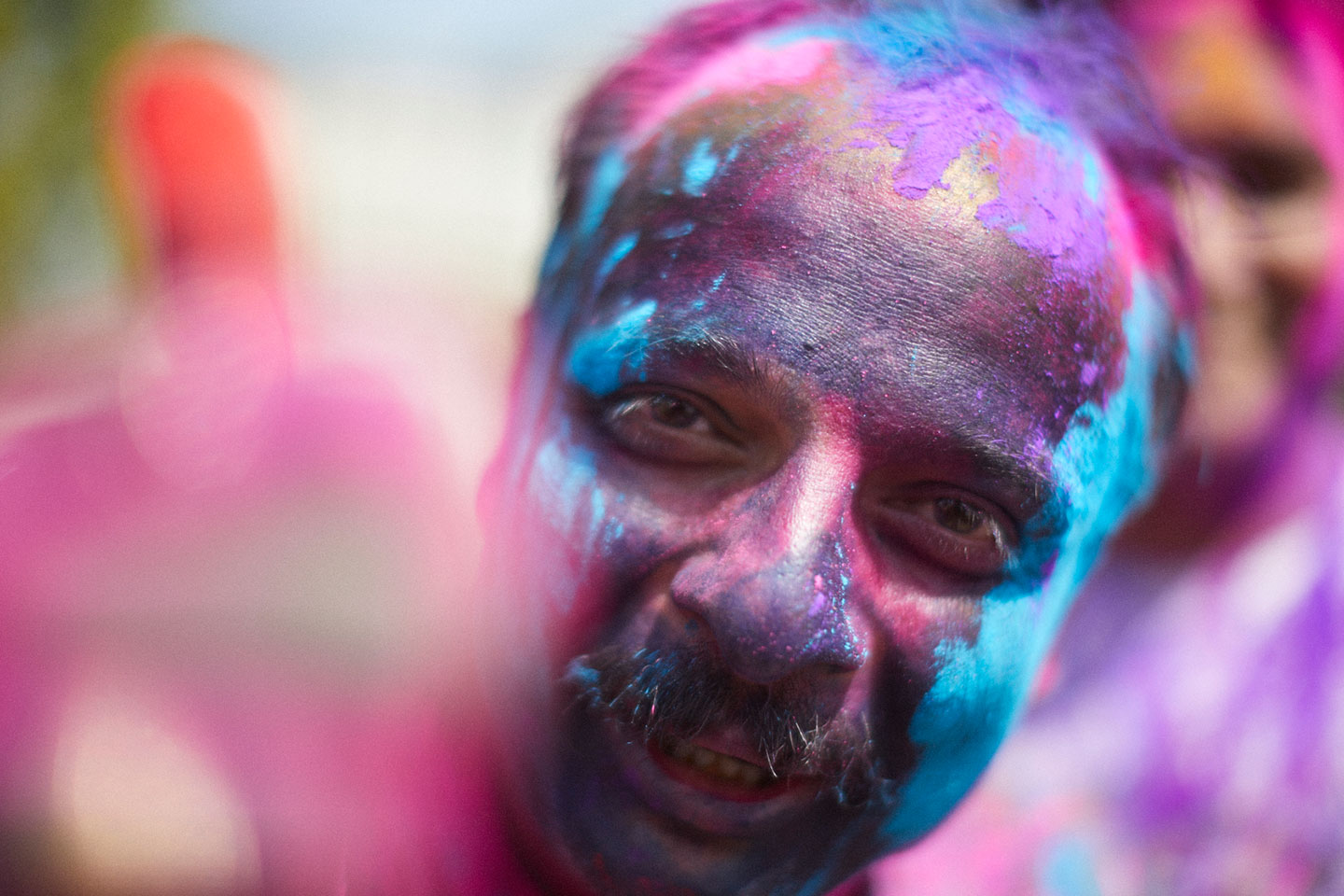 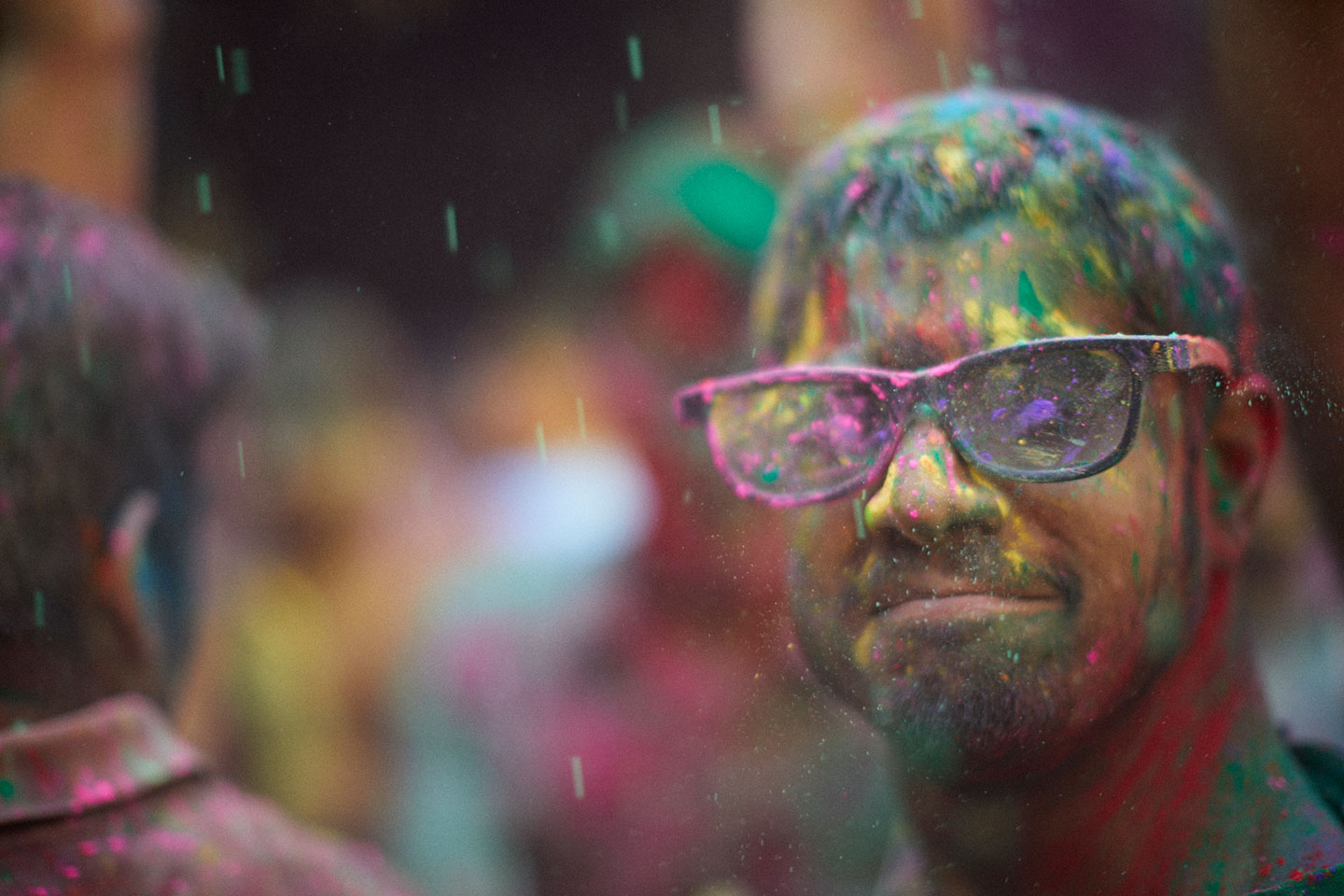 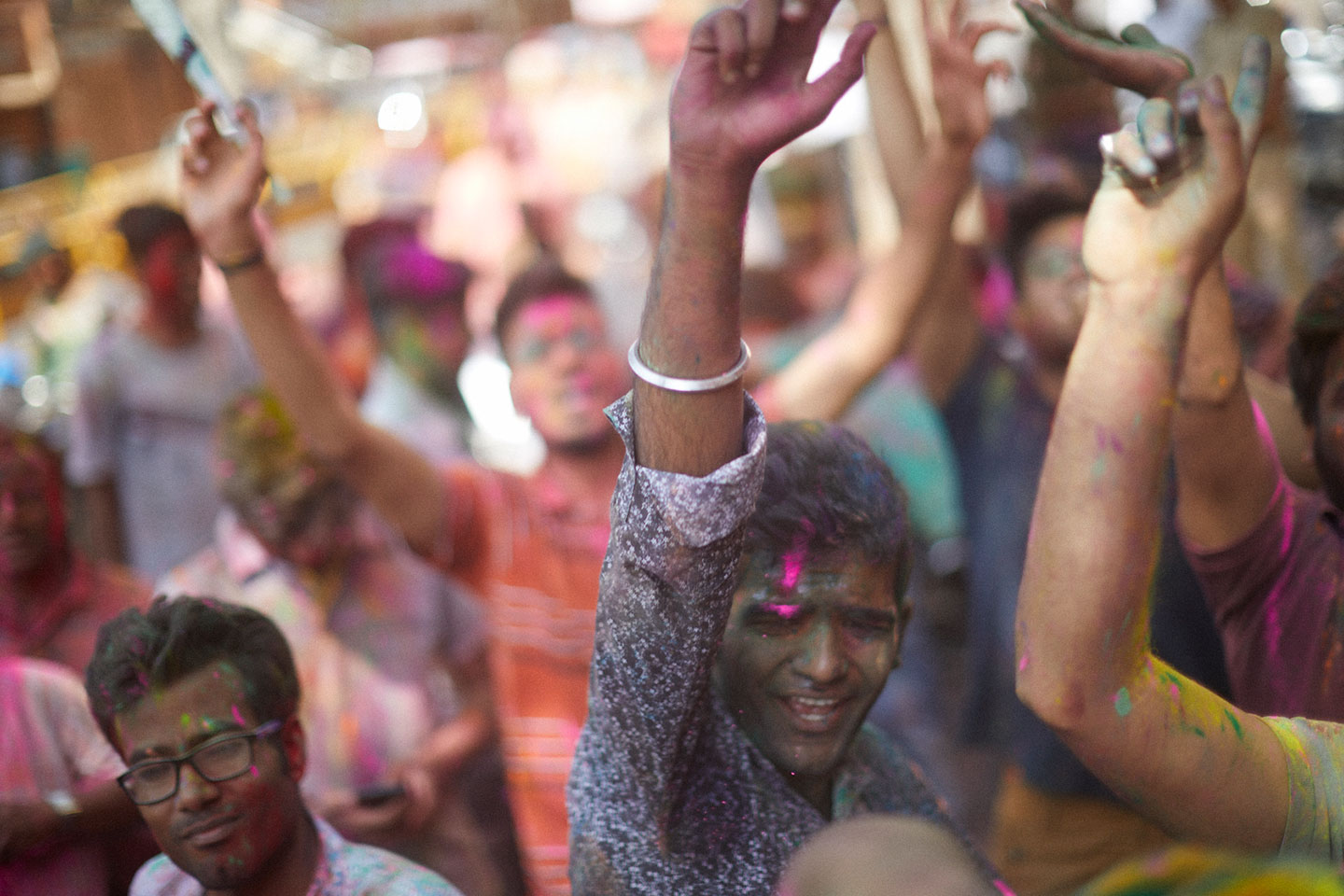 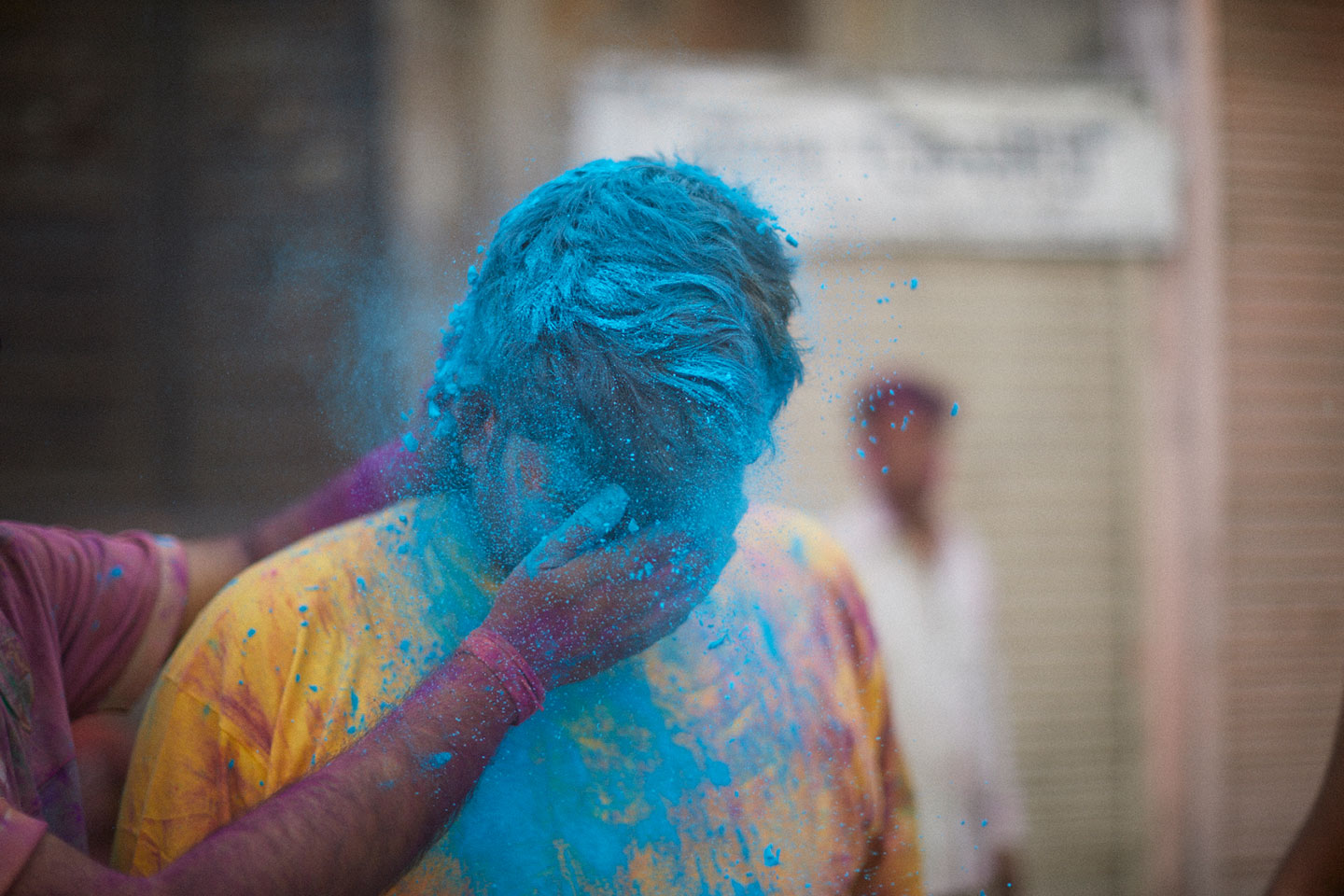 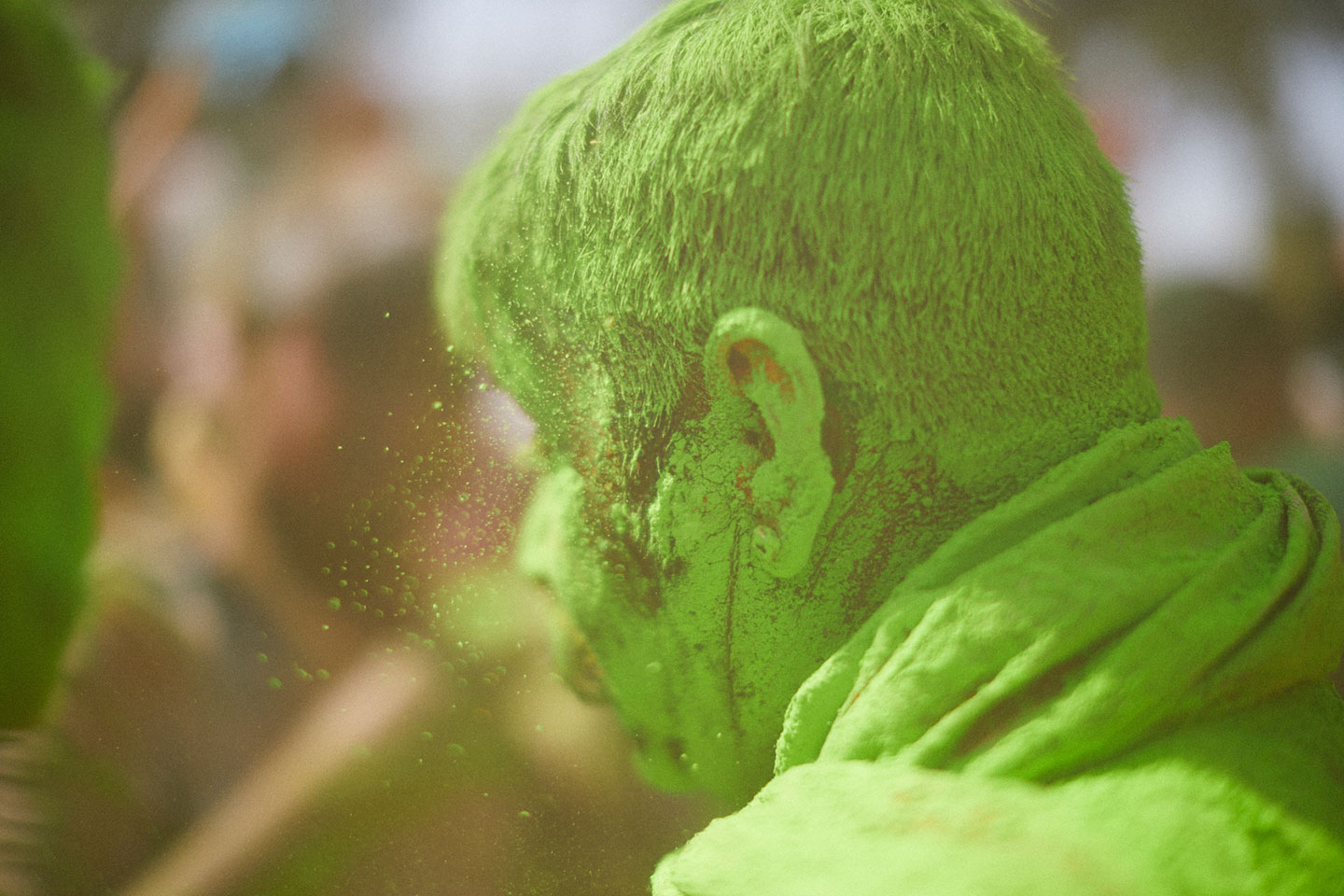 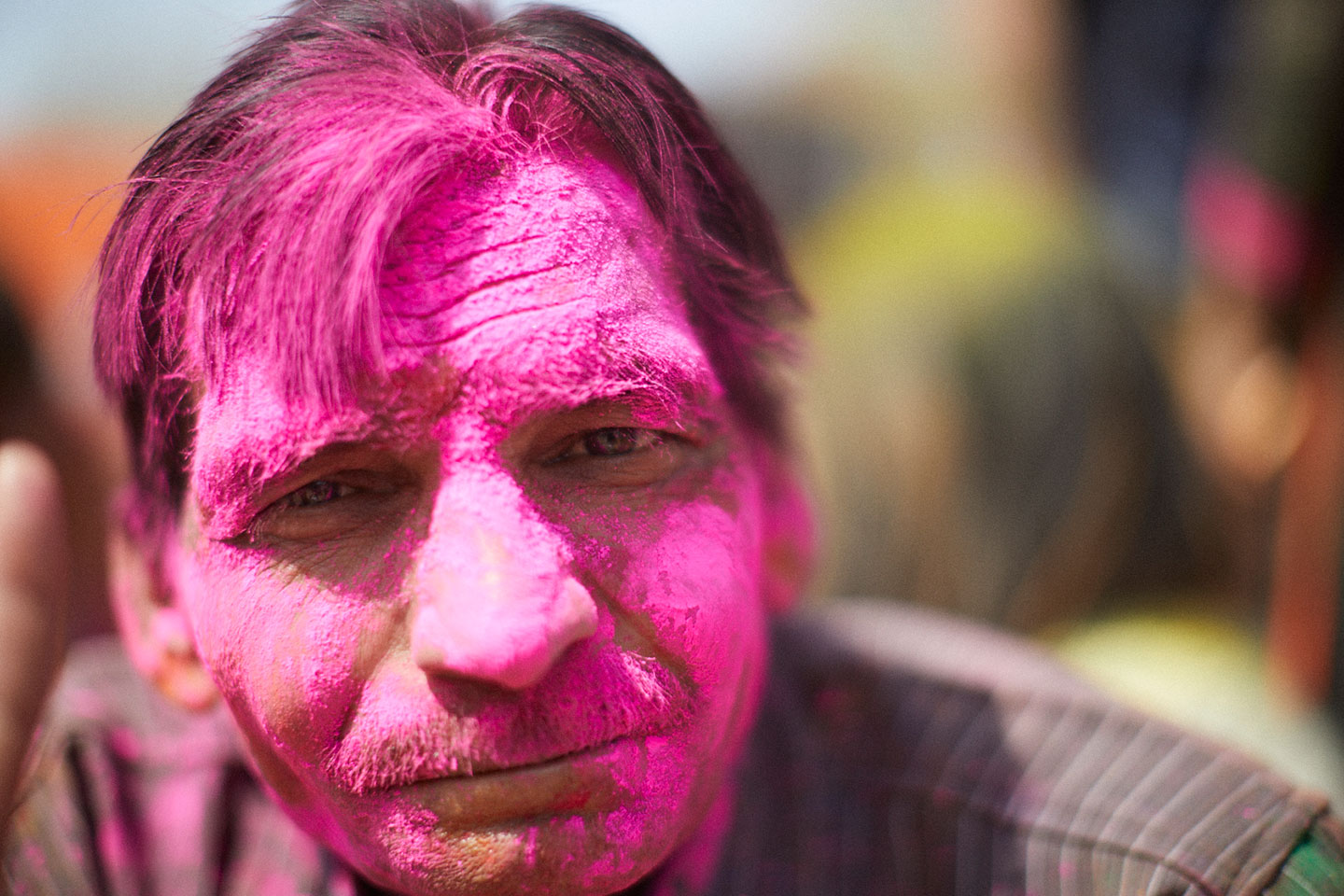 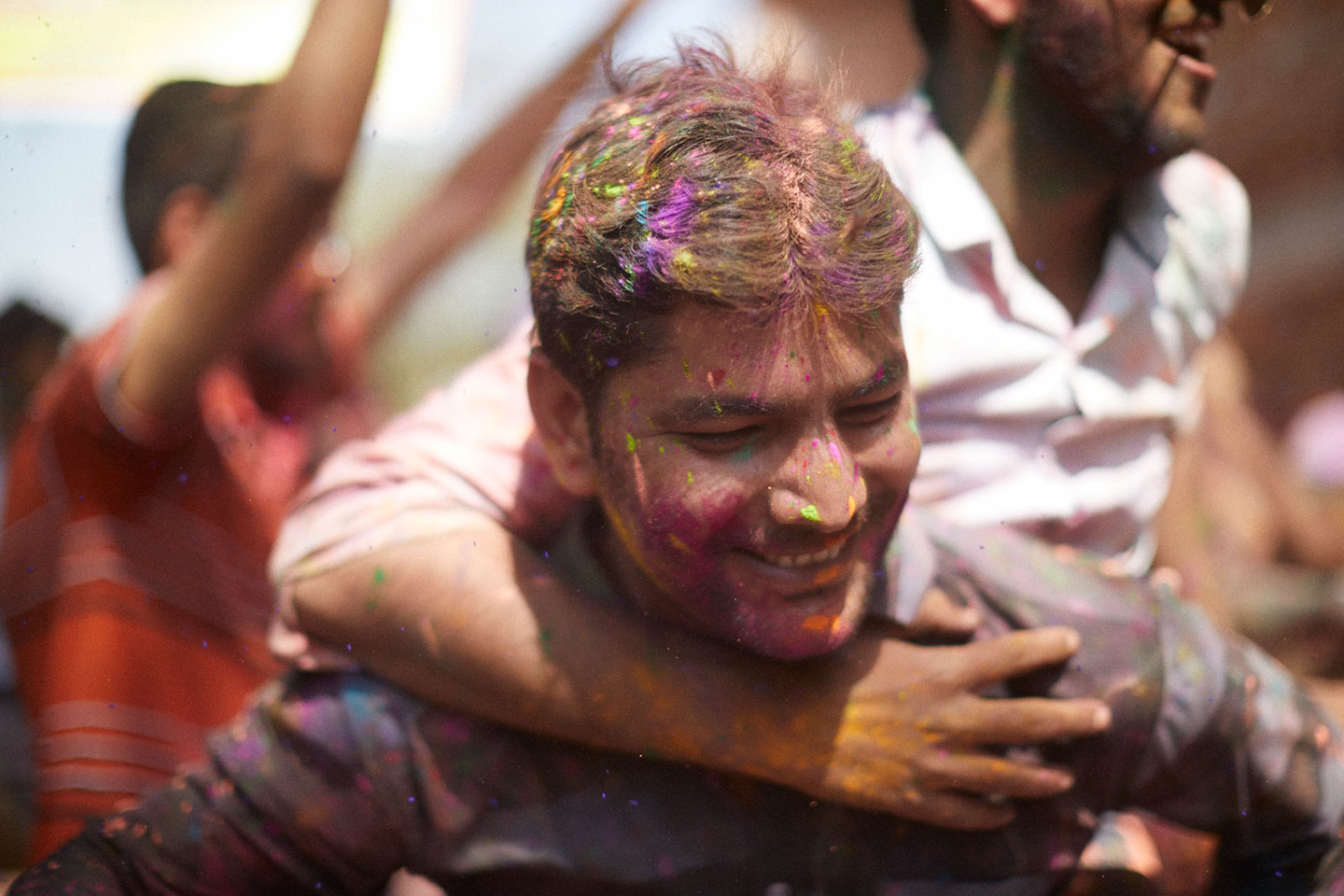 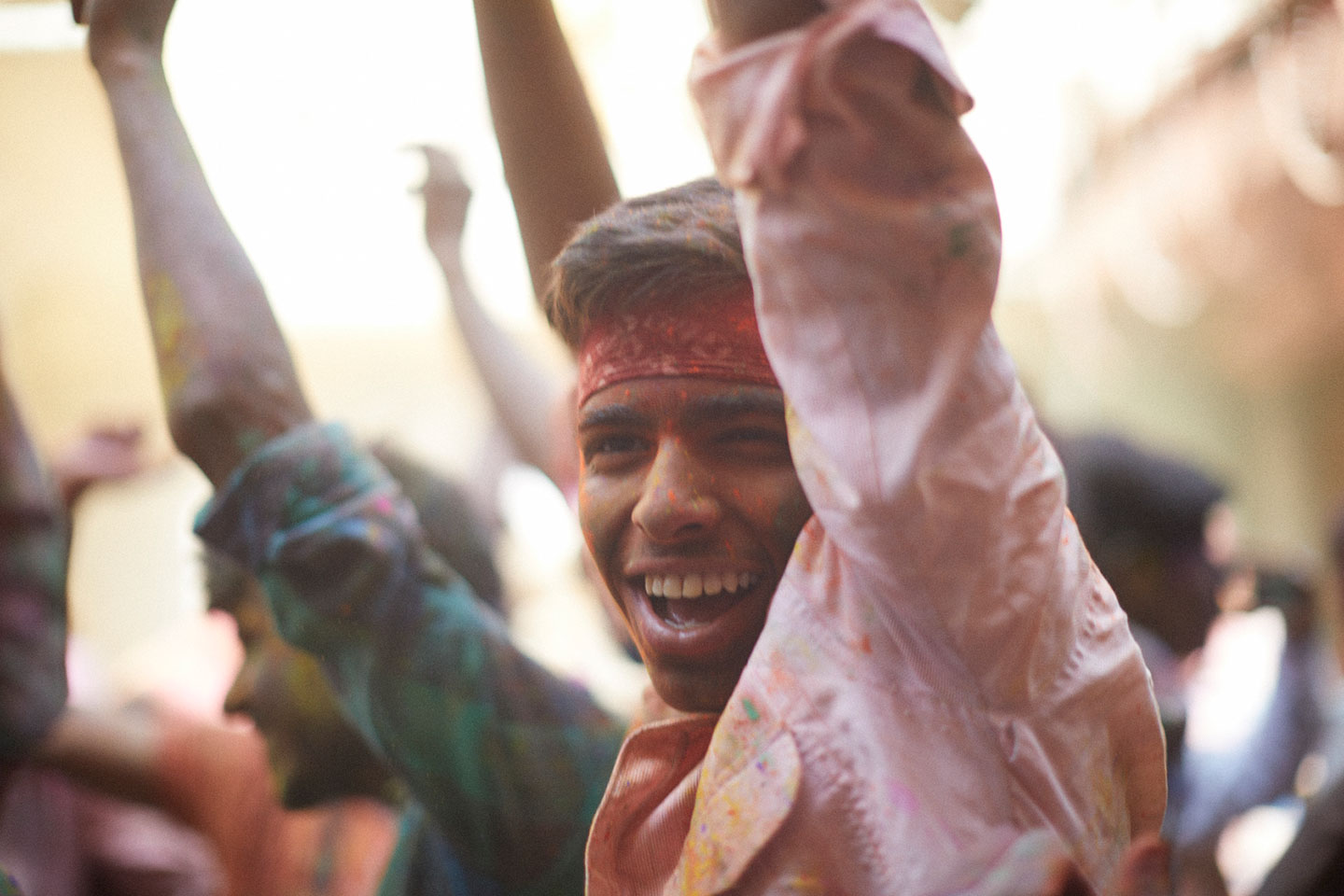 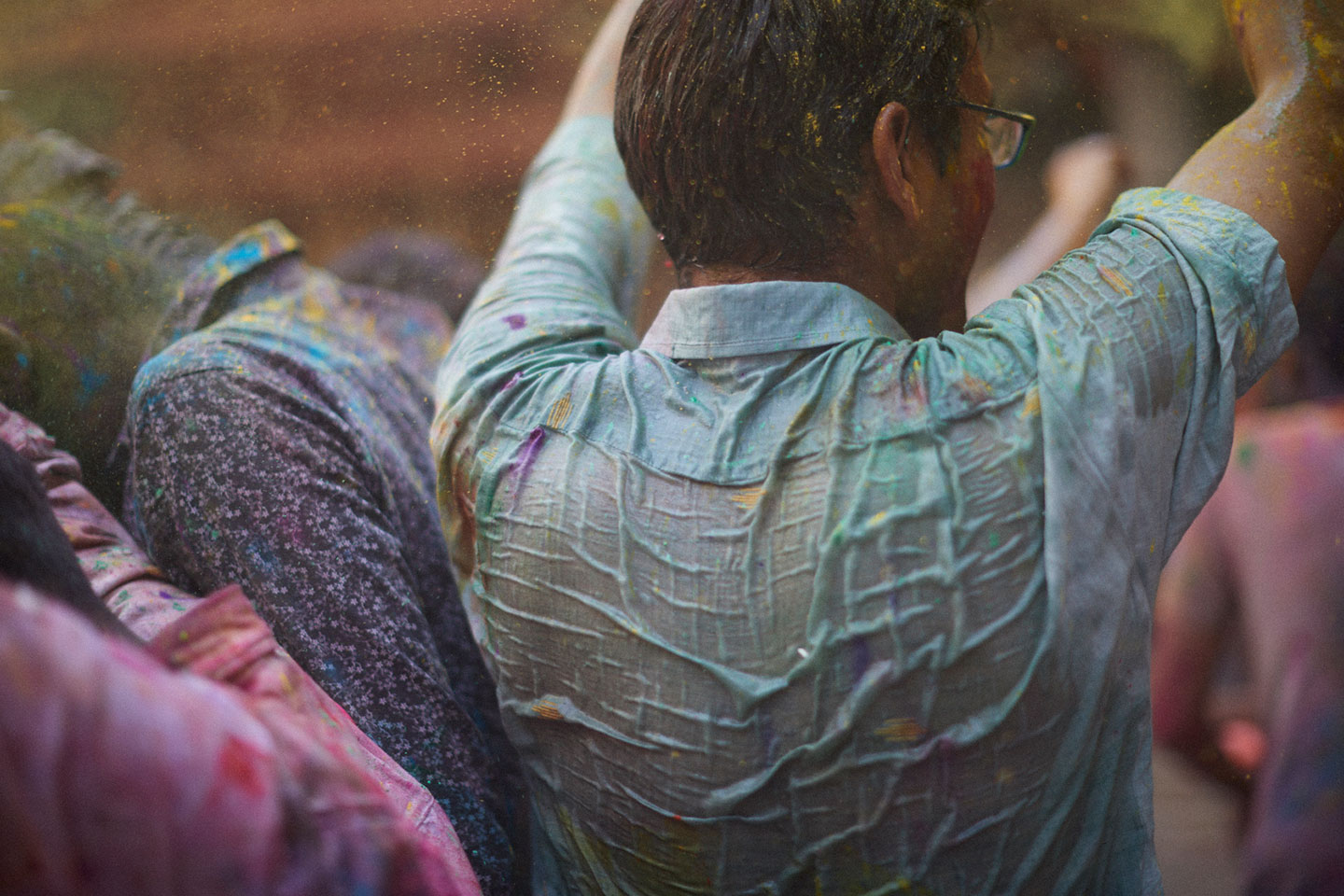 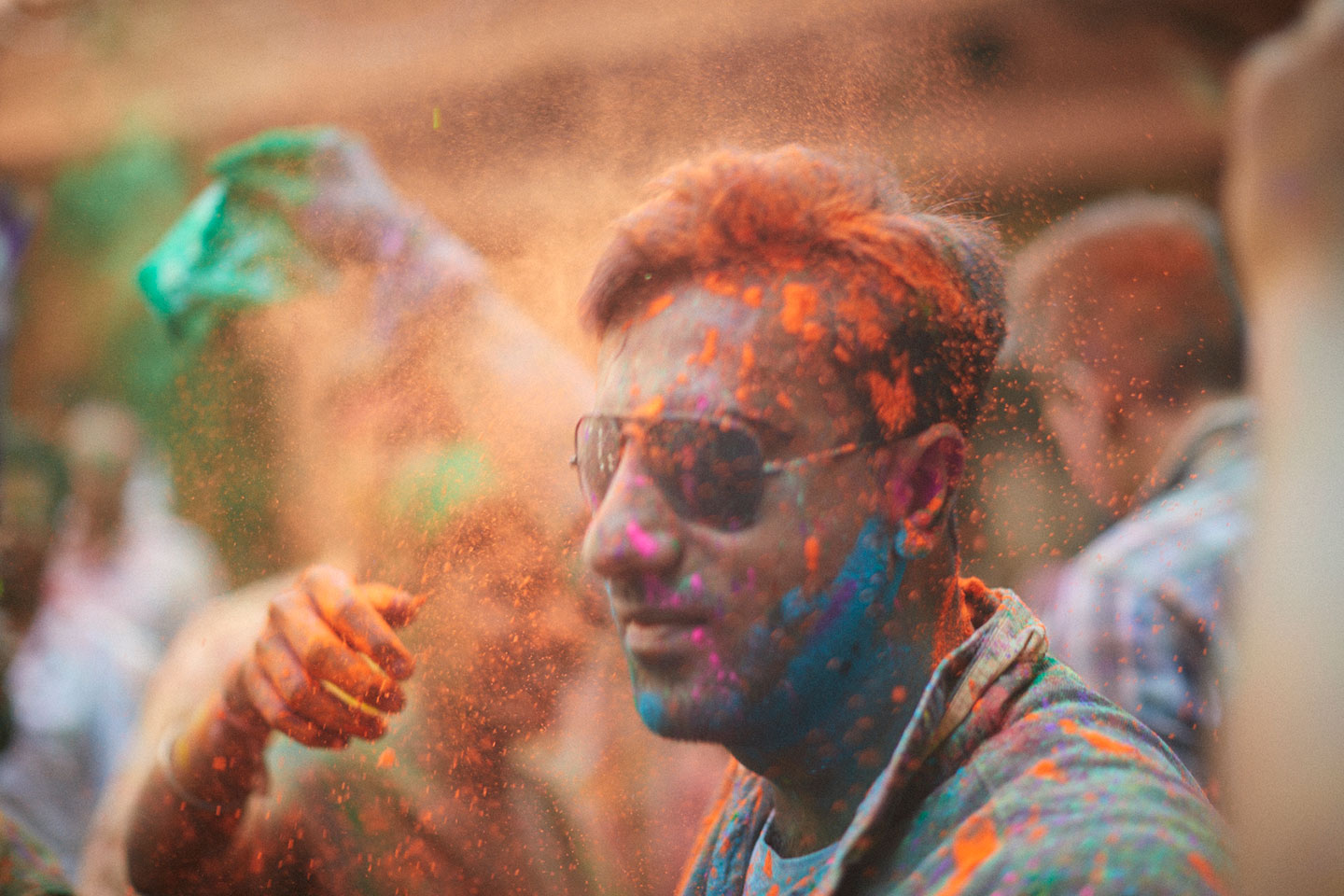 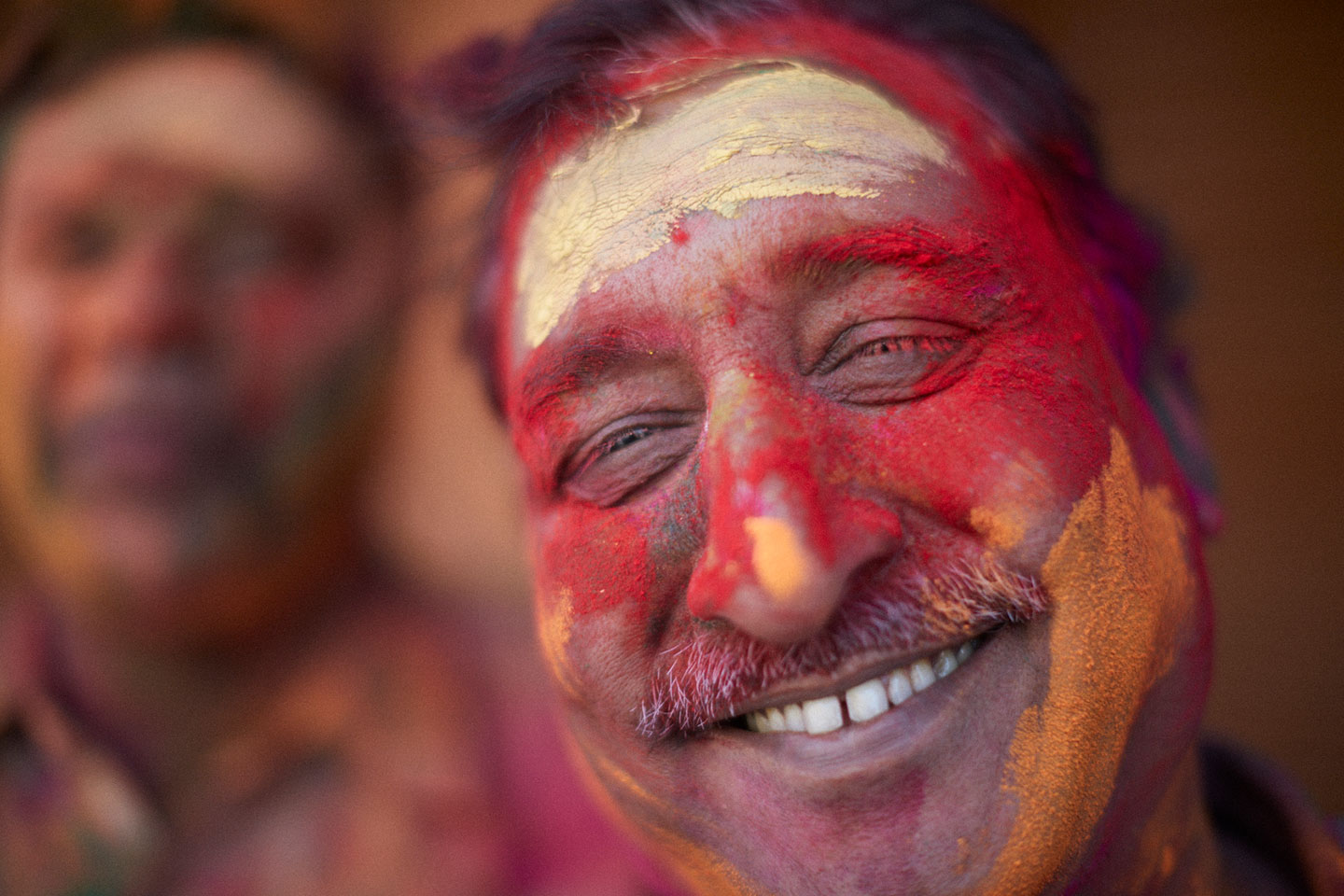 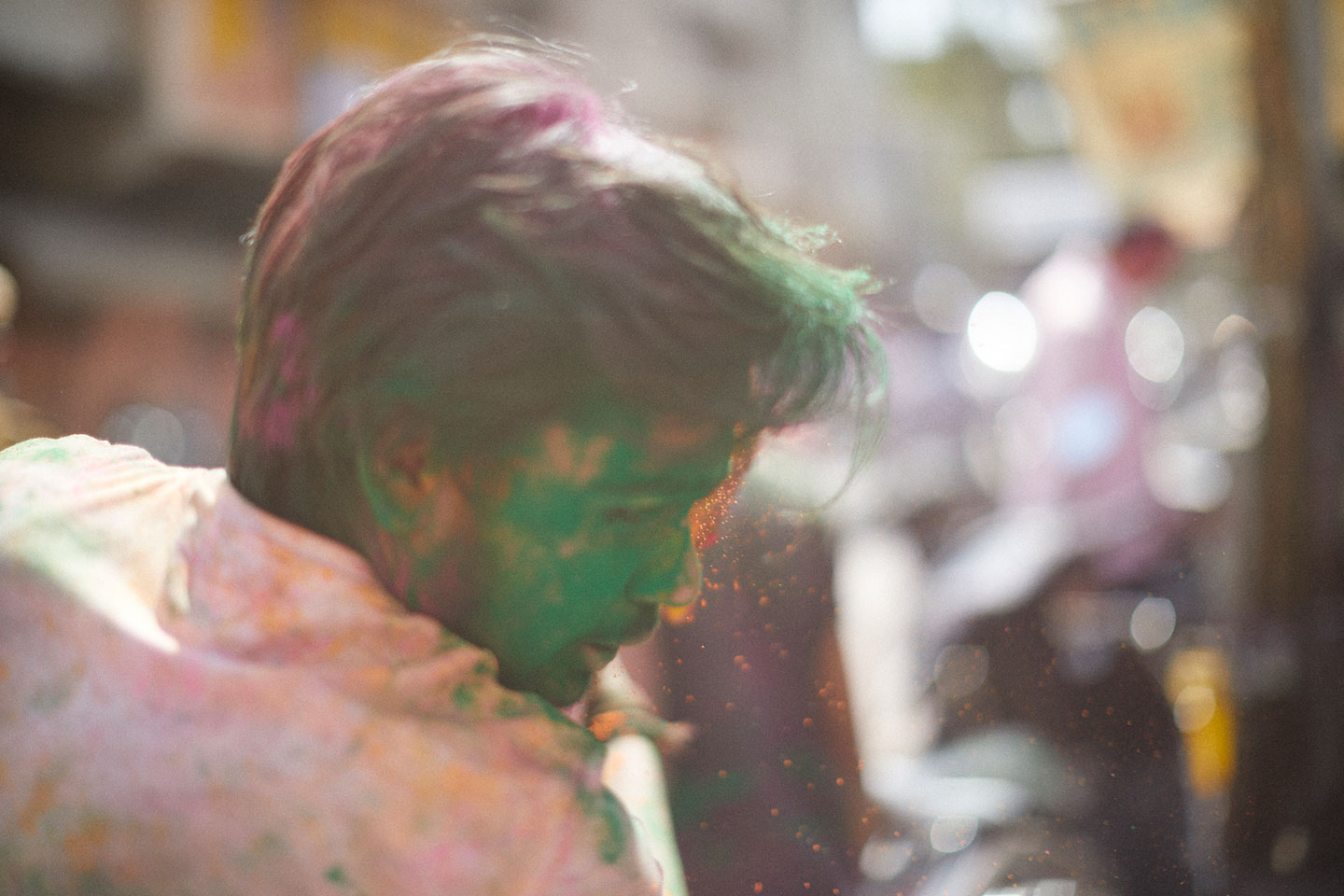 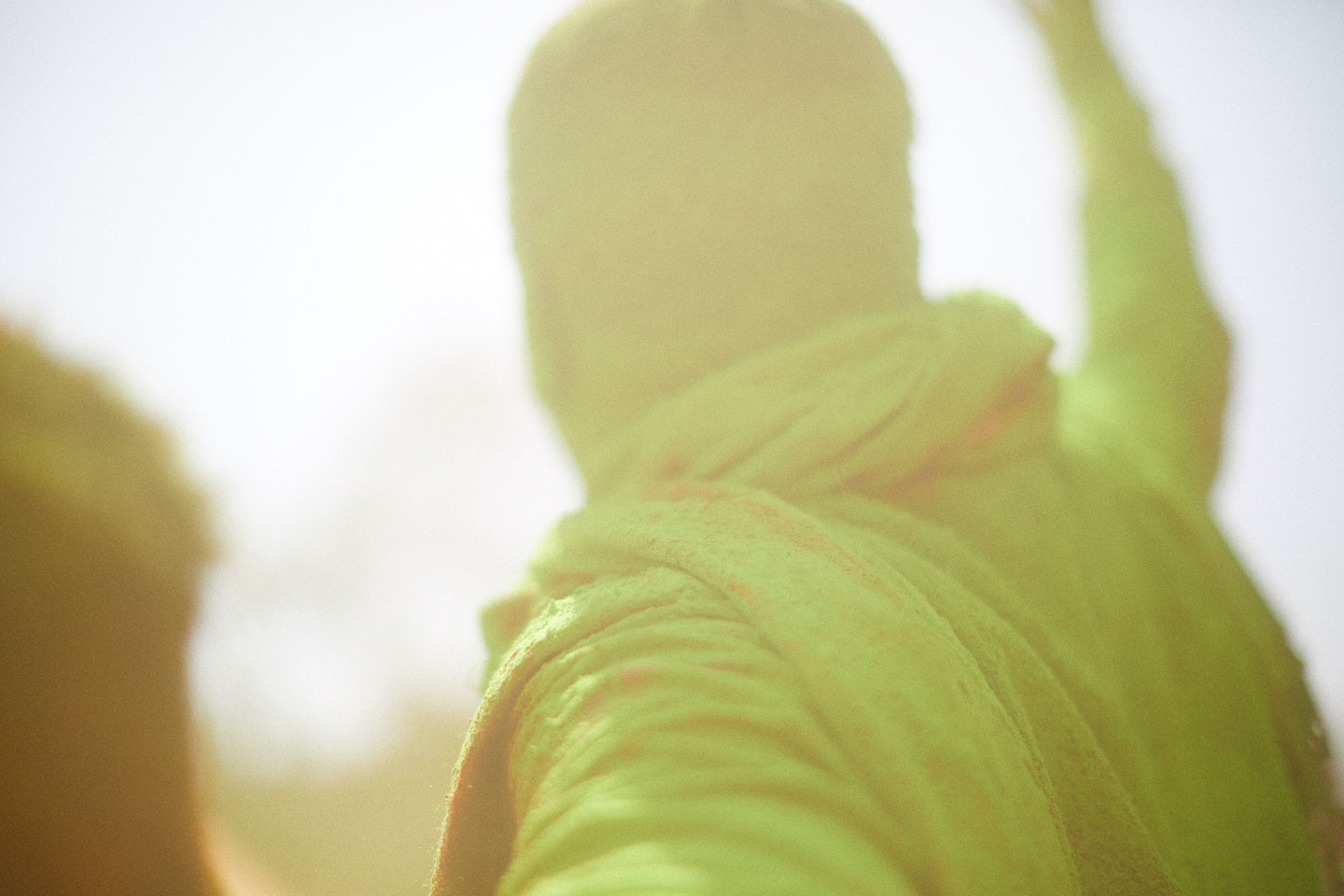 You might have noticed that there are only men in the photos. Michael let us know that local women tended to observe from the edges, and that many people chose to stay home entirely, largely avoiding the alcohol- and bhang-fueled rowdiness. While that doesn’t speak highly of the historical behavior at the Jaipur festival, he was quick to point out that neither he nor his wife personally witnessed any inappropriate conduct.

For a vastly different perspective, be sure to check out his website for photos of the Widows’ Holi in Vrindavan. India’s widows had traditionally been barred from celebrating Holi, but as his pictures show, this is changing in a wonderful way. And if you have any questions for Michael about his work or his travels, feel free to ask in the comments below. He’ll be happy to answer. 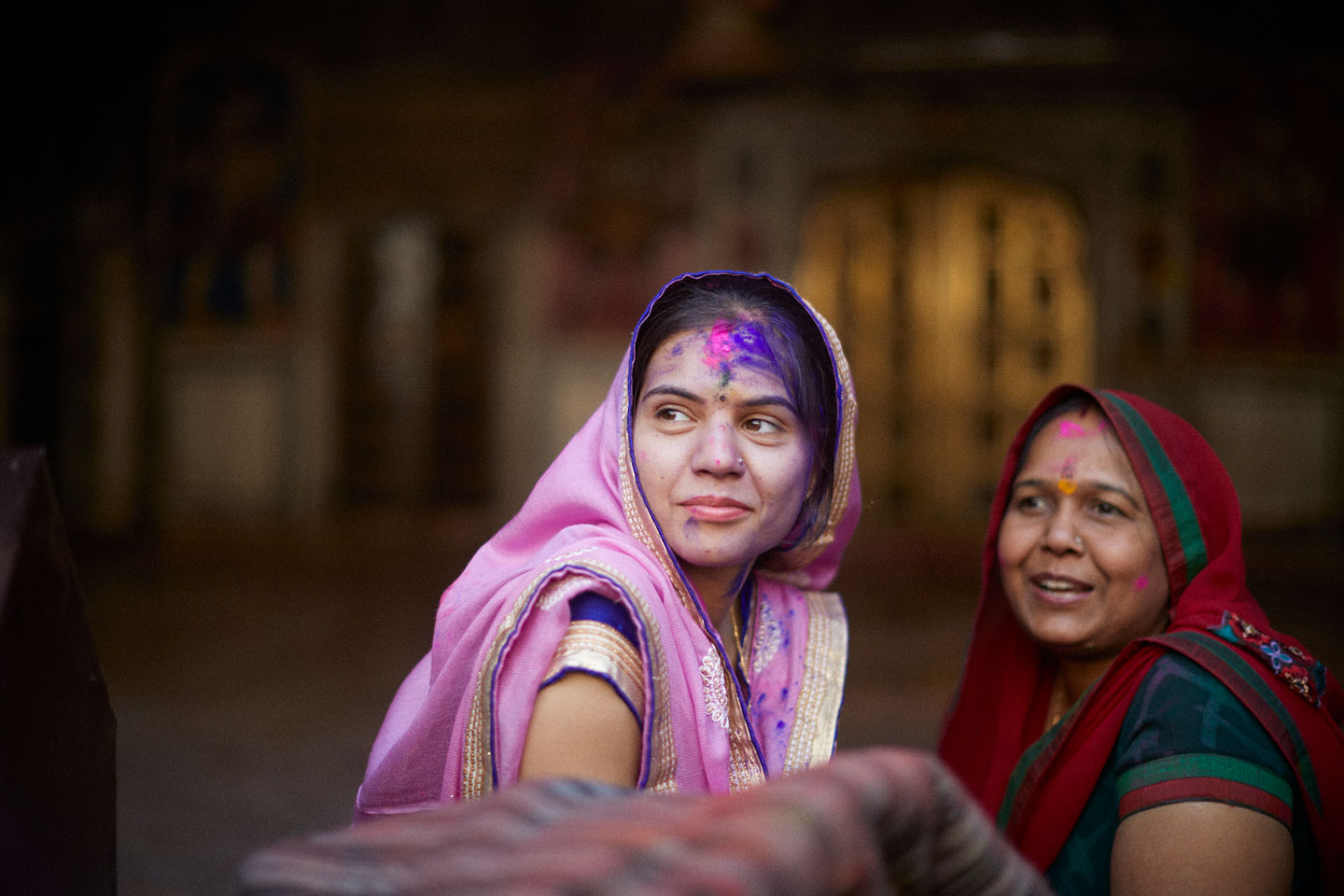 If you’re planning a visit to Rajasthan you’ll have no shortage of traditional palace hotels to choose from, and many will be among the finest hospitality experiences available in the country. But the region is also home to a handful of hotels that offer something slightly different. Here are a few of our favorites:

Amanbagh:
It’s an Aman hotel, so it’s hard for you to go wrong at this collection of luxury suites and private pavilions that revive the splendor and serenity of Rajasthan’s Mughal Empire.

Raas Jodhpur:
Raas Jodhpur is a rarity in India — seamlessly combining the traditional architecture and service of a palace hotel with the design-conscious style of a modern boutique hotel.

Raas Devigarh:
Similarly, the sparkling, minimalist modernity of Raas Devigarh’s interiors betray the faded, ornamental majesty of its exterior. India would do well to open more like the Raas hotels.

Lebua Lodge at Amer:
Lebua is definitely different. It stands just outside the walls of Jaipur’s ancient Amer Fort, and uniquely introduces urban boutique hotel elements to what is otherwise a luxury tented camp.

The Oberoi Rajvilas:
Oberoi Rajvilas is, quite perfectly, the India of our imagination, with all her beauties distilled and dusted down, plus the conveniences and the luxuries that only a modern mind could dream of. 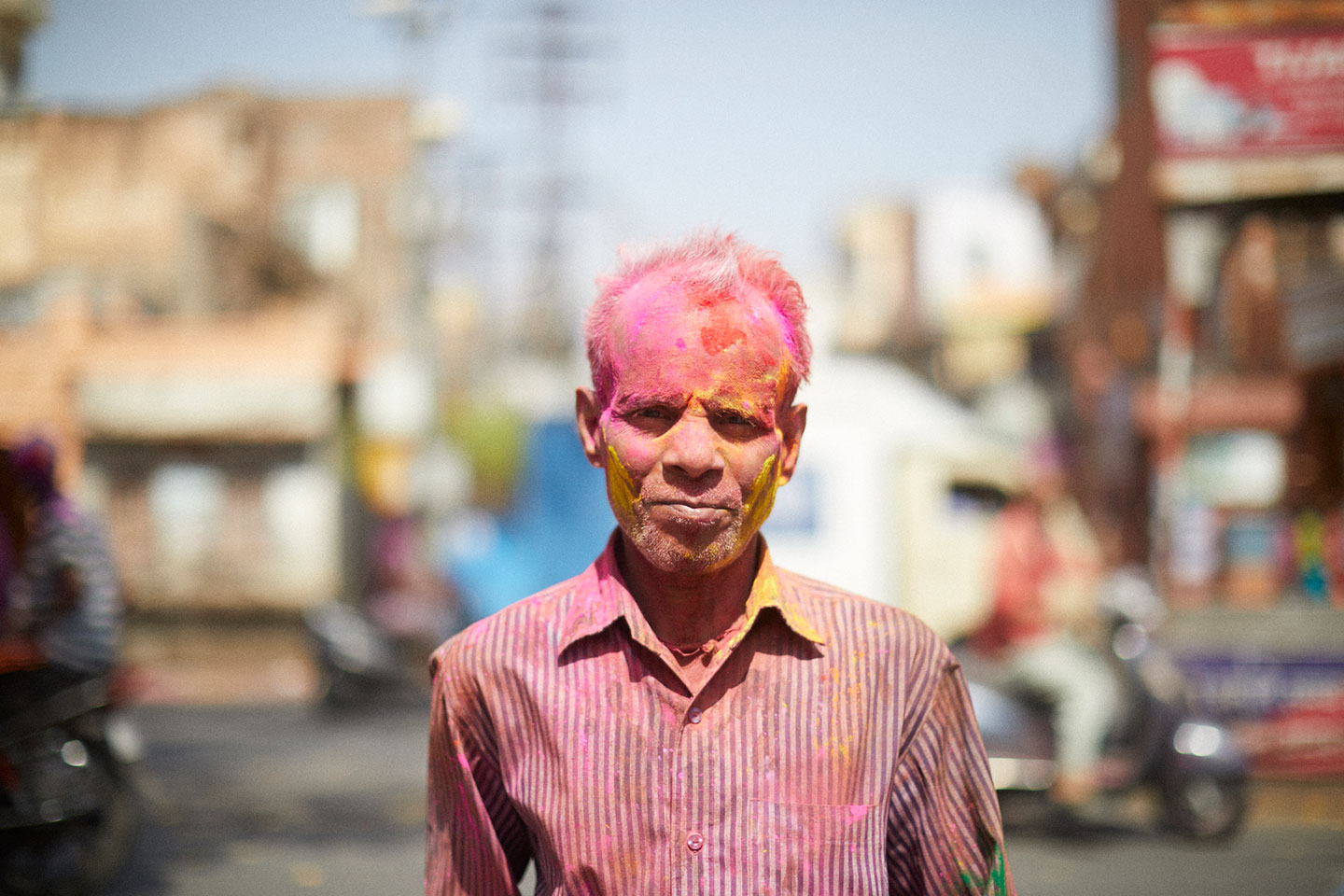 Special thanks to Michael Greenberg (not pictured) for his contribution to this story. Michael is an entertainment and advertising photographer based in New York City. You can view more of his work at his website or on Instagram. If you have any questions for Michael about his work or his travels, feel free to ask in the comments below and he will be happy to answer.