These decaying and decrepit buildings have been resurrected from the dead, brought back to life as shockingly fresh hotels.

It’s Halloween again, but instead of another list of haunted hotels, we’ve got something even scarier: hotels built from the remains of old, decomposing structures. The brave souls who resurrected these wretched properties toiled through all manner of architectural horror and decrepitude — but “long is the way and hard, that out of Hell leads up to light.” Now, these once-rotting buildings are back from the dead, ready for their new life as shockingly fresh hotels. 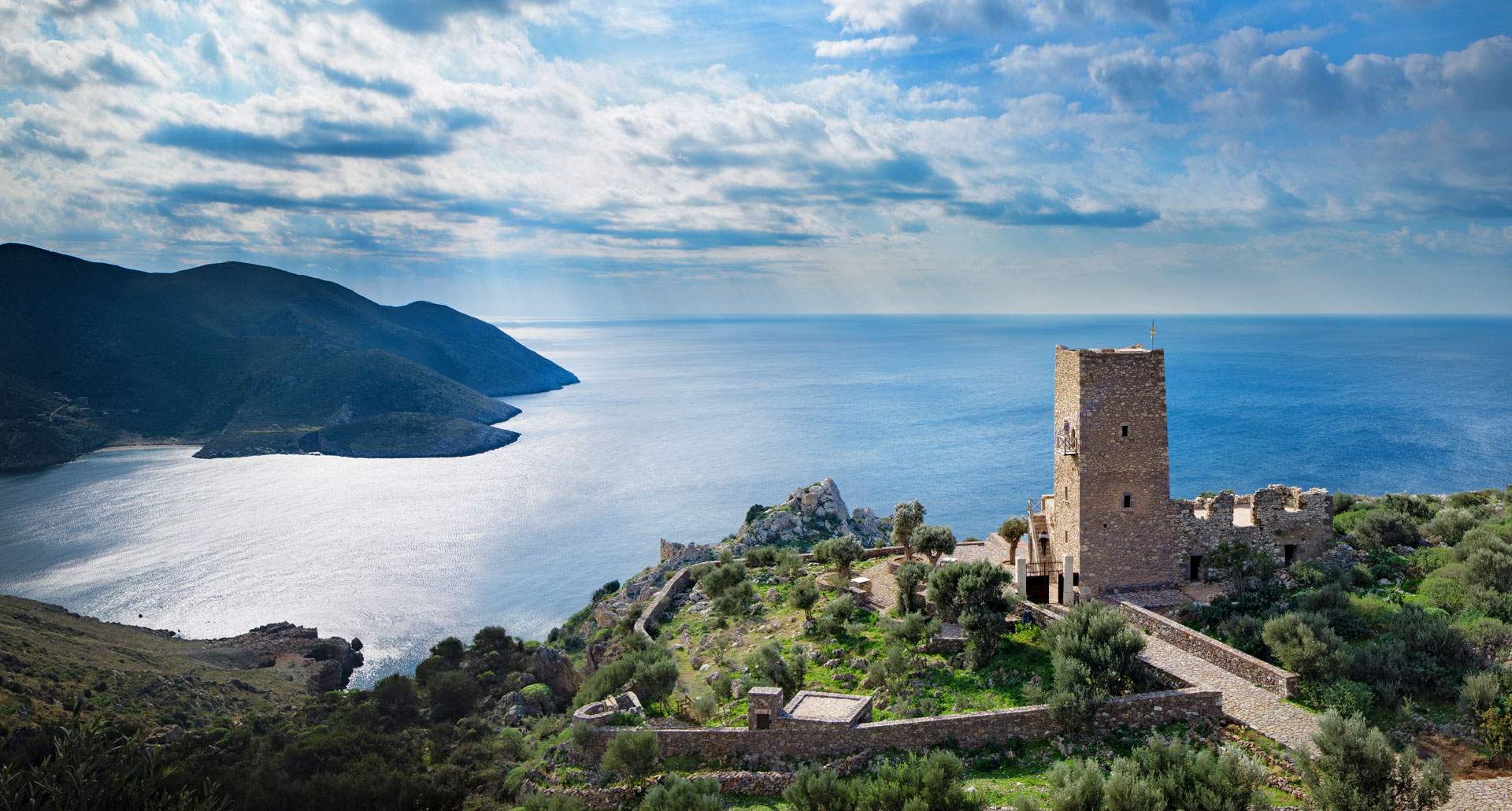 Tainaron Blue is housed within the well-worn walls of a stone watchtower, and its resurrection story alone is more than spooky enough for our purposes. But when you consider that, according to myth, Hades, the god of the underworld, lives in a nearby cave, you’re deep in the hotel-horror category. 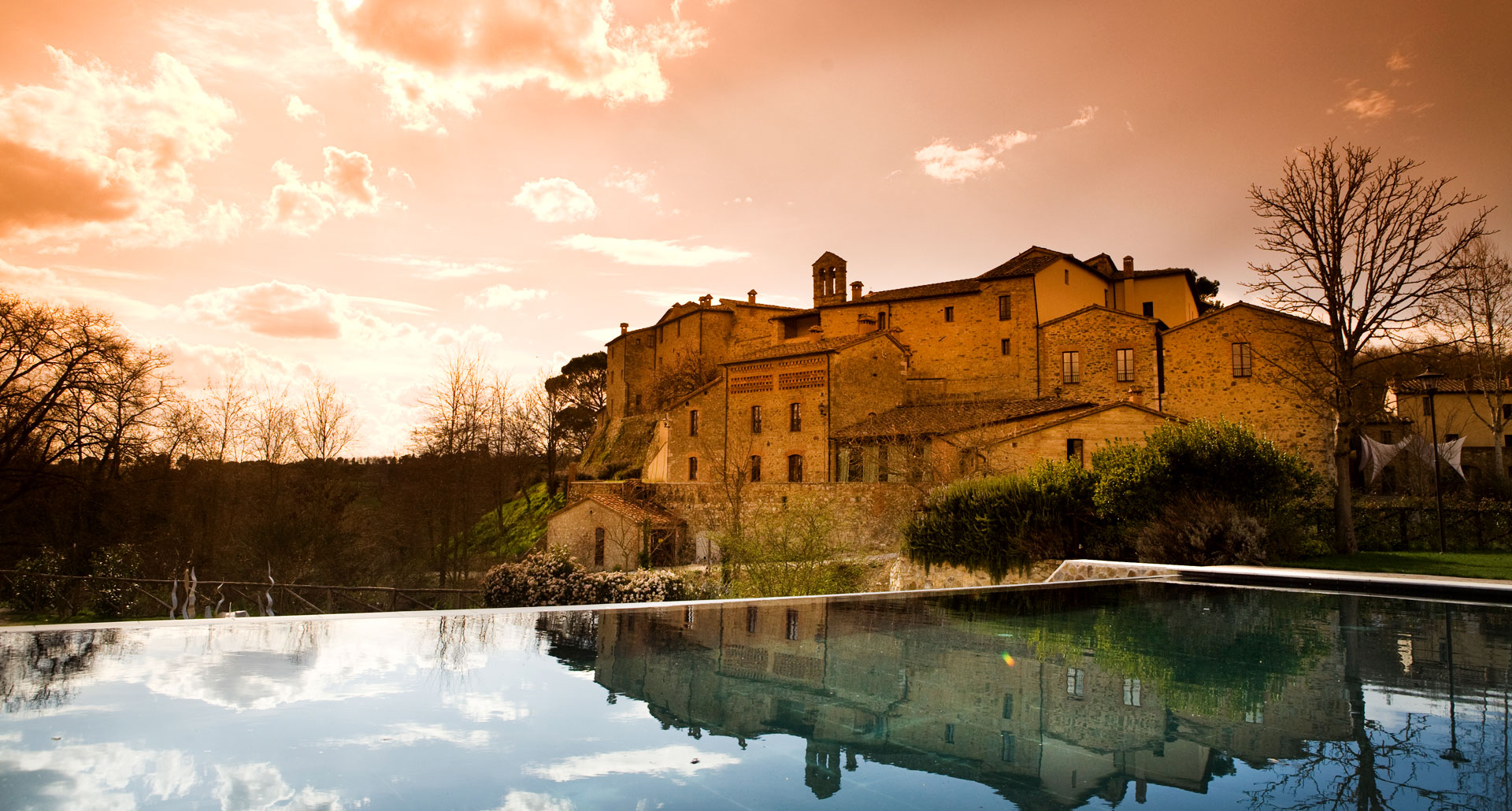 Over the course of about a thousand years Castel Monastero has evolved from village to monastery to luxury boutique hotel. It would have no doubt been simpler to knock the whole thing down and start from scratch, but that’s not how Italian hoteliers think. There’s no amount of contemporary construction that can give you atmosphere like this. 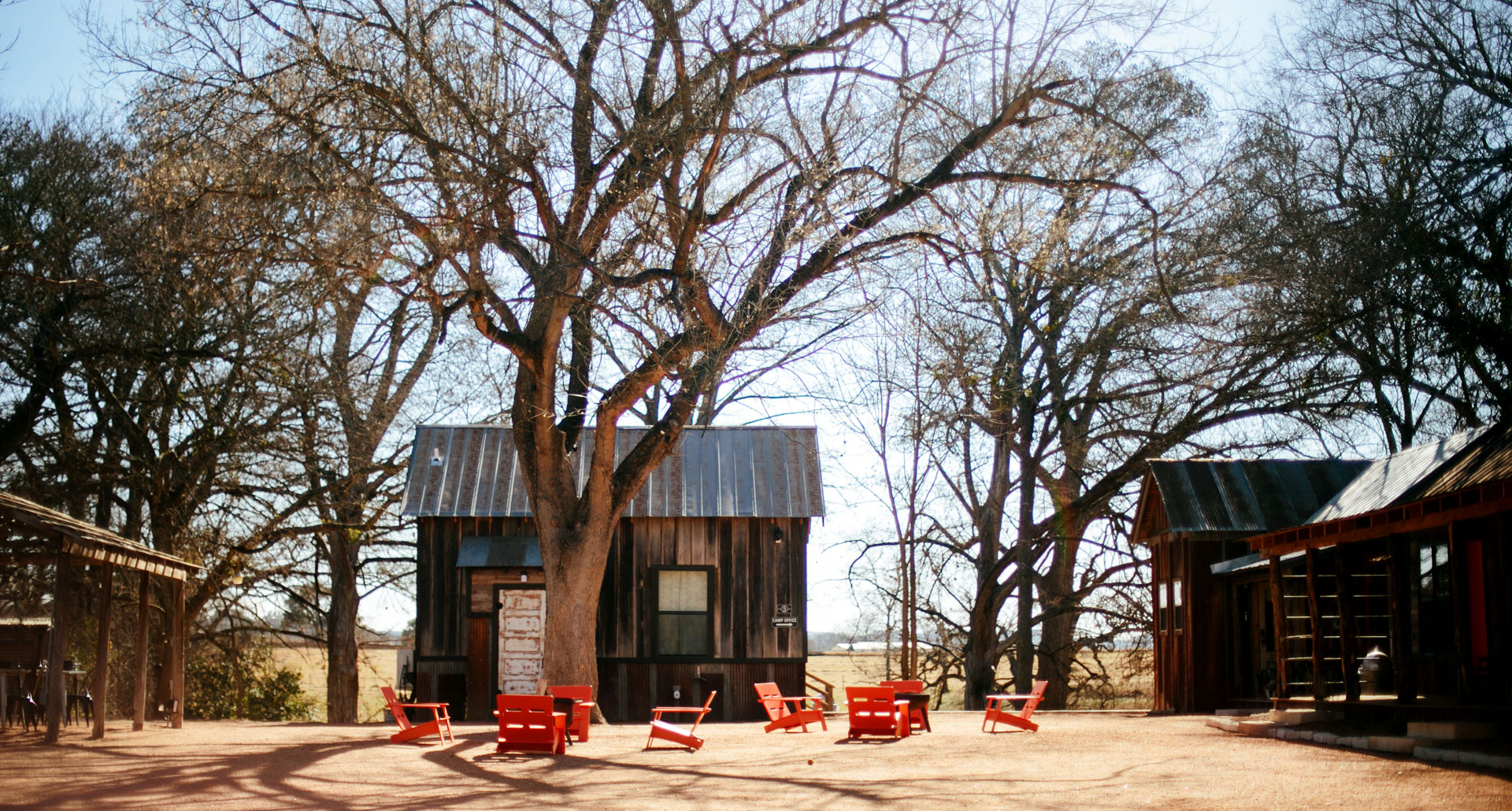 Back in 1901, when Camp Comfort’s foundations were laid, a bowling alley was a more rustic, handmade thing than the cavernous mid-century structures we’re all familiar with. Camp Comfort feels more like a ghost town than a sporting venue, albeit one with some fine modern furniture and some very carefully restored woodwork. 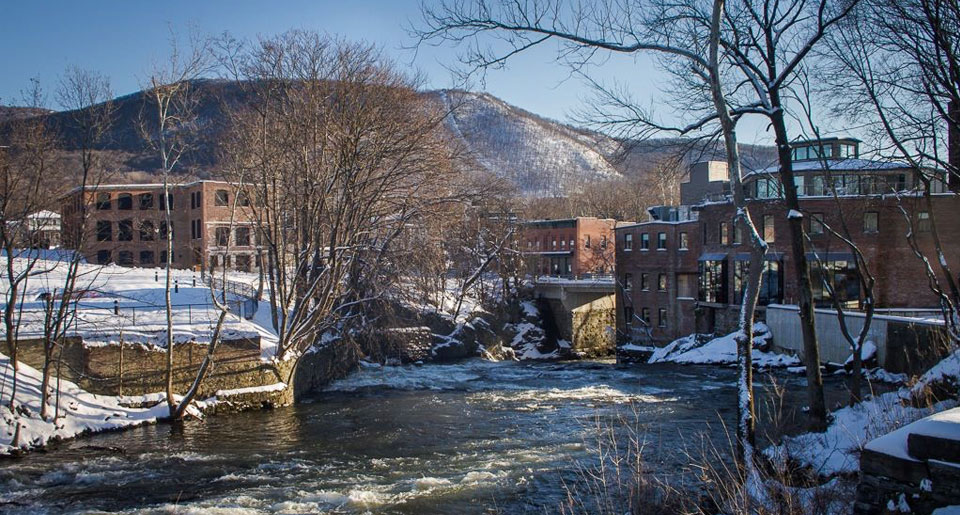 The whole down of Beacon was rapidly approaching the afterlife before an ambitious contemporary art museum more or less singlehandedly revitalized this town on the Hudson. And just as American modernist artists loved the rough-edged industrial spaces of SoHo in Manhattan, the DIA crowd loves the concrete and timbers of the old creekside mill that’s now home to the Roundhouse. 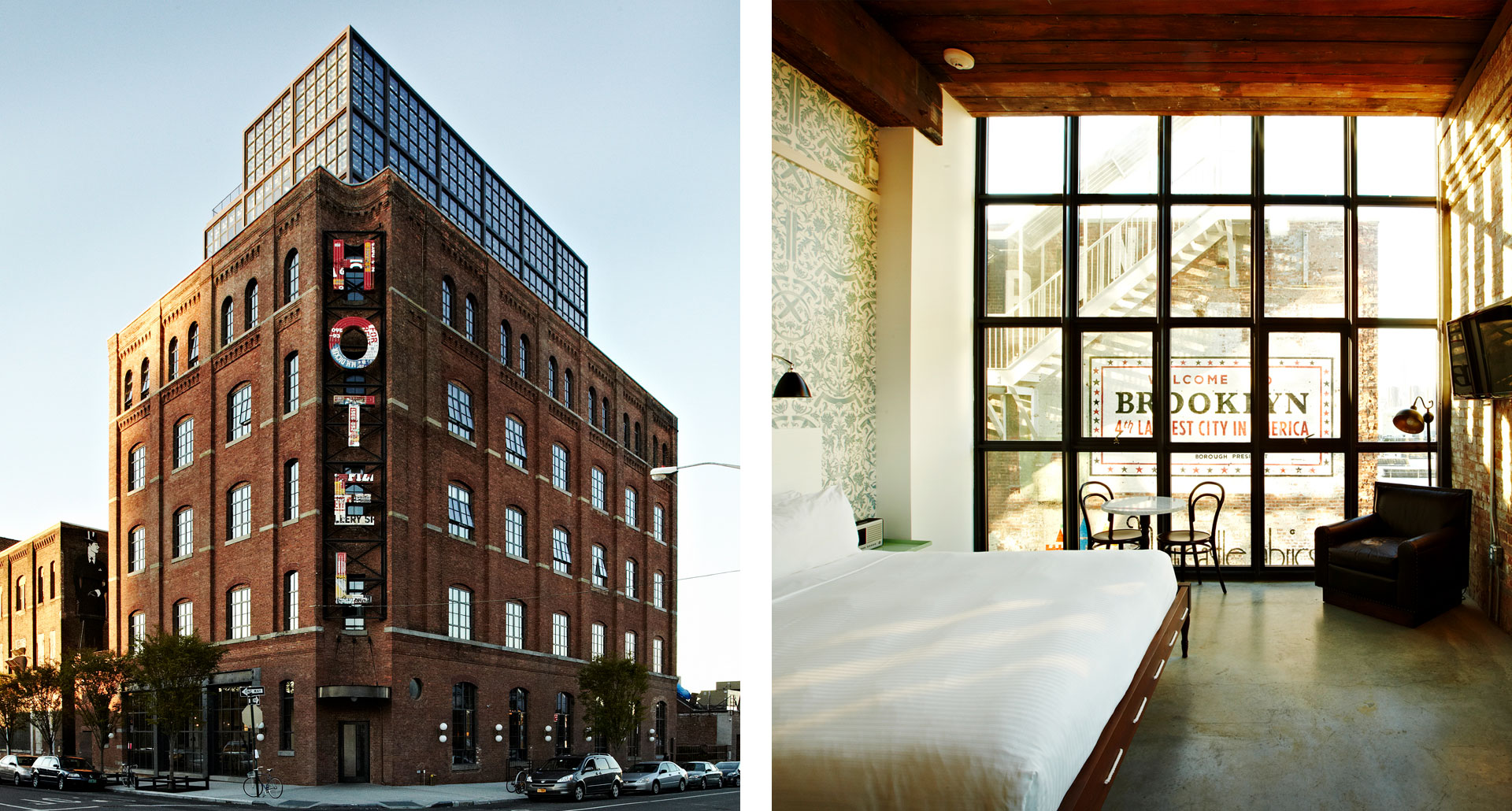 Speaking of New York artists and their penchant for disused manufacturing districts — while it may be true that Williamsburg went from warehouse district to condo towers in record time, the Wythe is the post-industrial boutique hotel the neighborhood always needed. This century-old factory was renovated, but renovated just enough; its historical character is still on display. 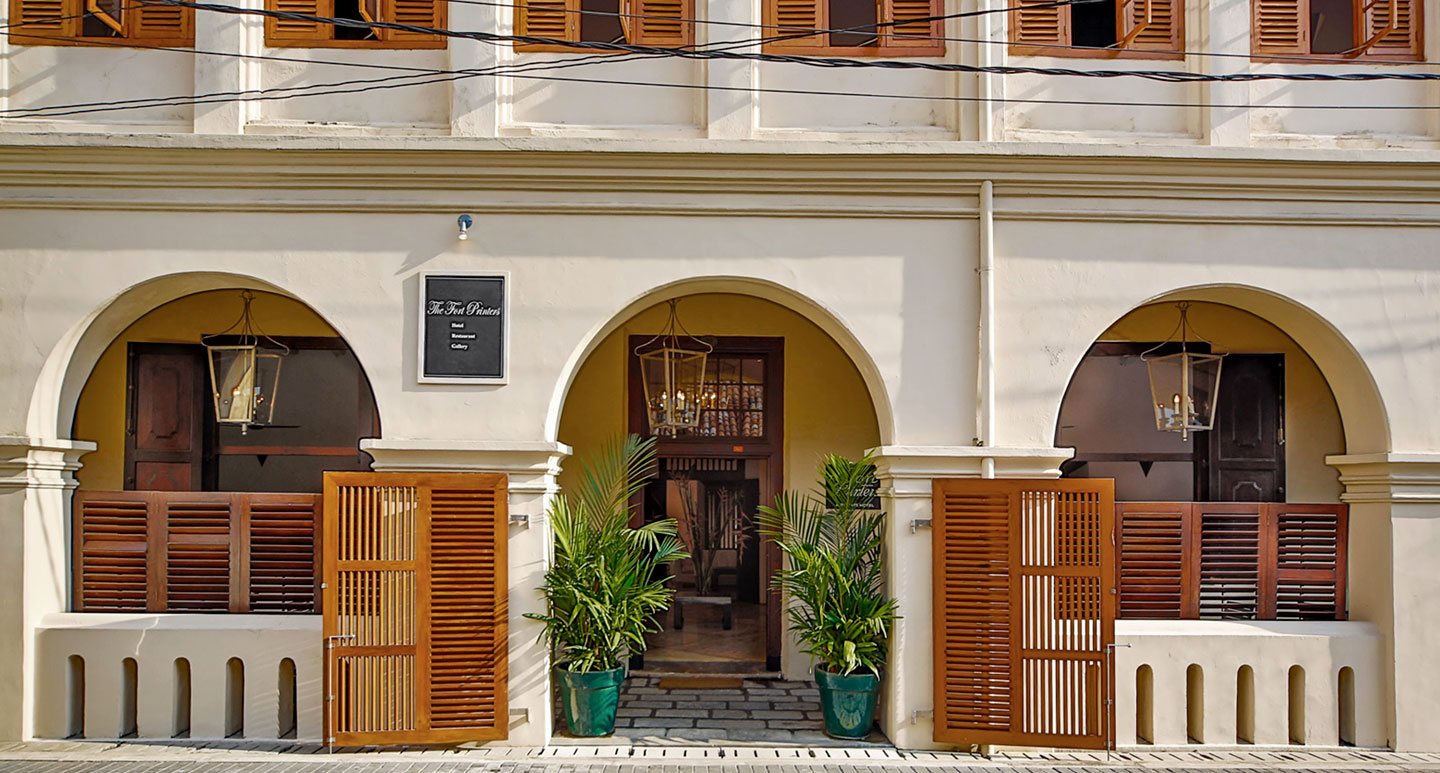 Even in so sunny a place as Sri Lanka, there’s room for a bit of dark architectural magic. Located in Galle Fort, the south-coast walled city built by Dutch traders in the 17th century, the Fort Printers is an intimate thirteen-suite masterpiece carved out of three historic buildings: a former print shop and a pair of 18th-century Dutch mansions. 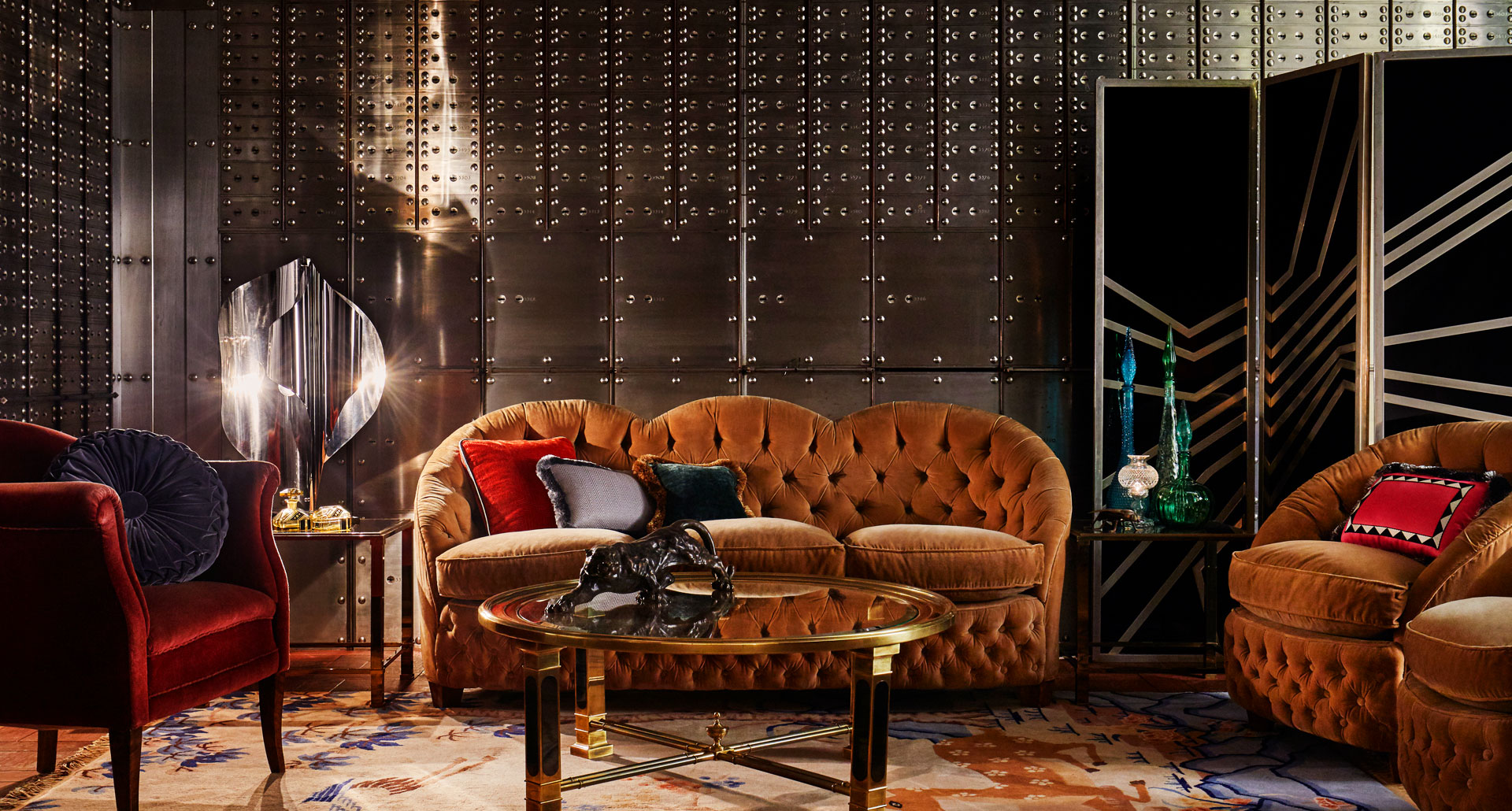 The old HSBC headquarters is still an imposing place, complete with its massive vault door, leading to a subterranean cocktail lounge whose walls are still lined with safe deposit boxes, and its pervasive Twenties and Thirties atmosphere. To renovate a heritage building in London is to sign on for some stringent historical requirements, and the Ned is more than up to the task. 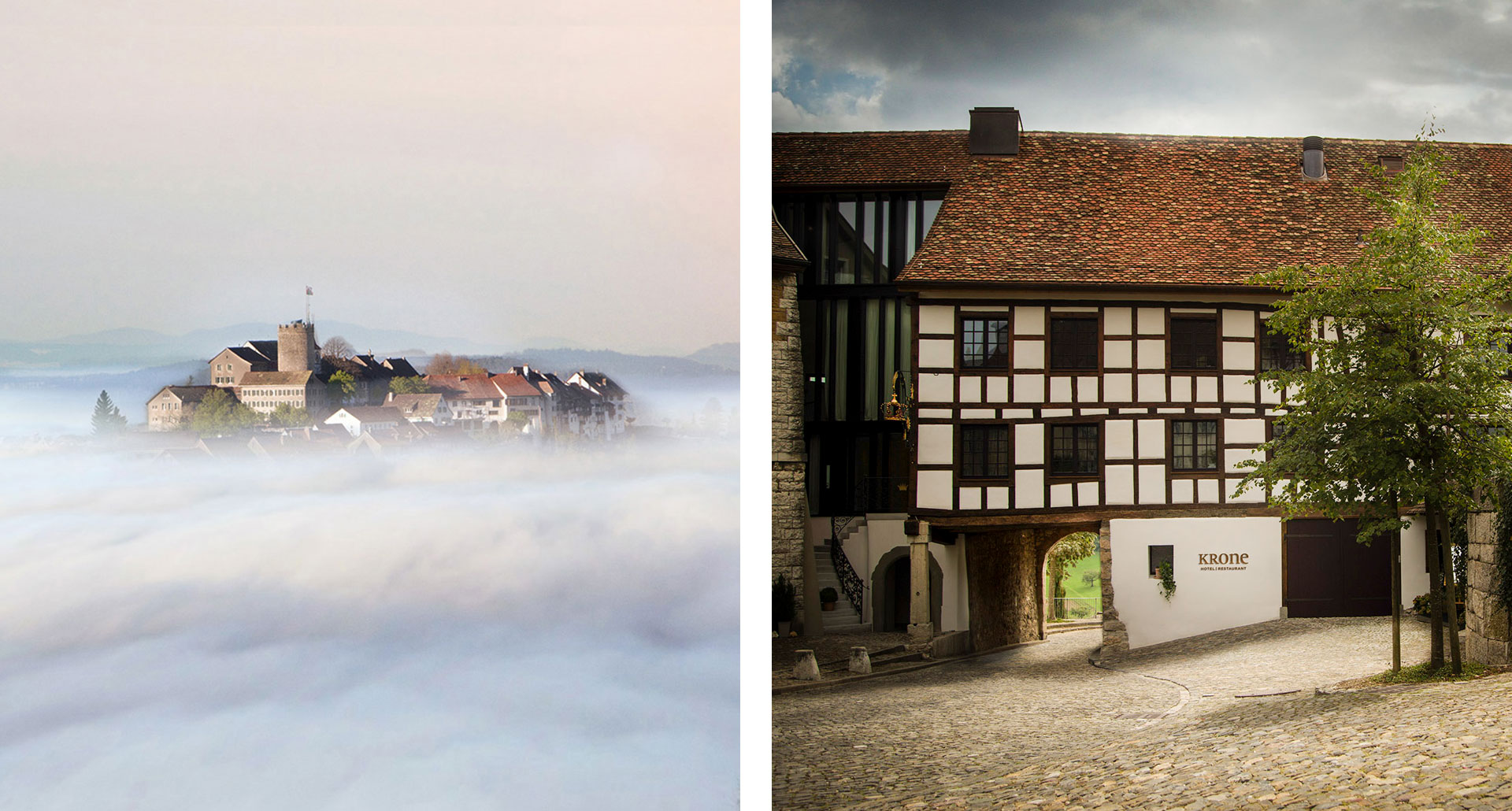 The medieval Swiss village of Regensberg is home to a classic timbered building, its exteriors meticulously preserved and reconstructed, but betraying not a hint of the luxe modern interiors that await inside — a labor of love by an architect whose mastery of the dark arts results in a beautiful family-owned nine-room modernist boutique hotel. 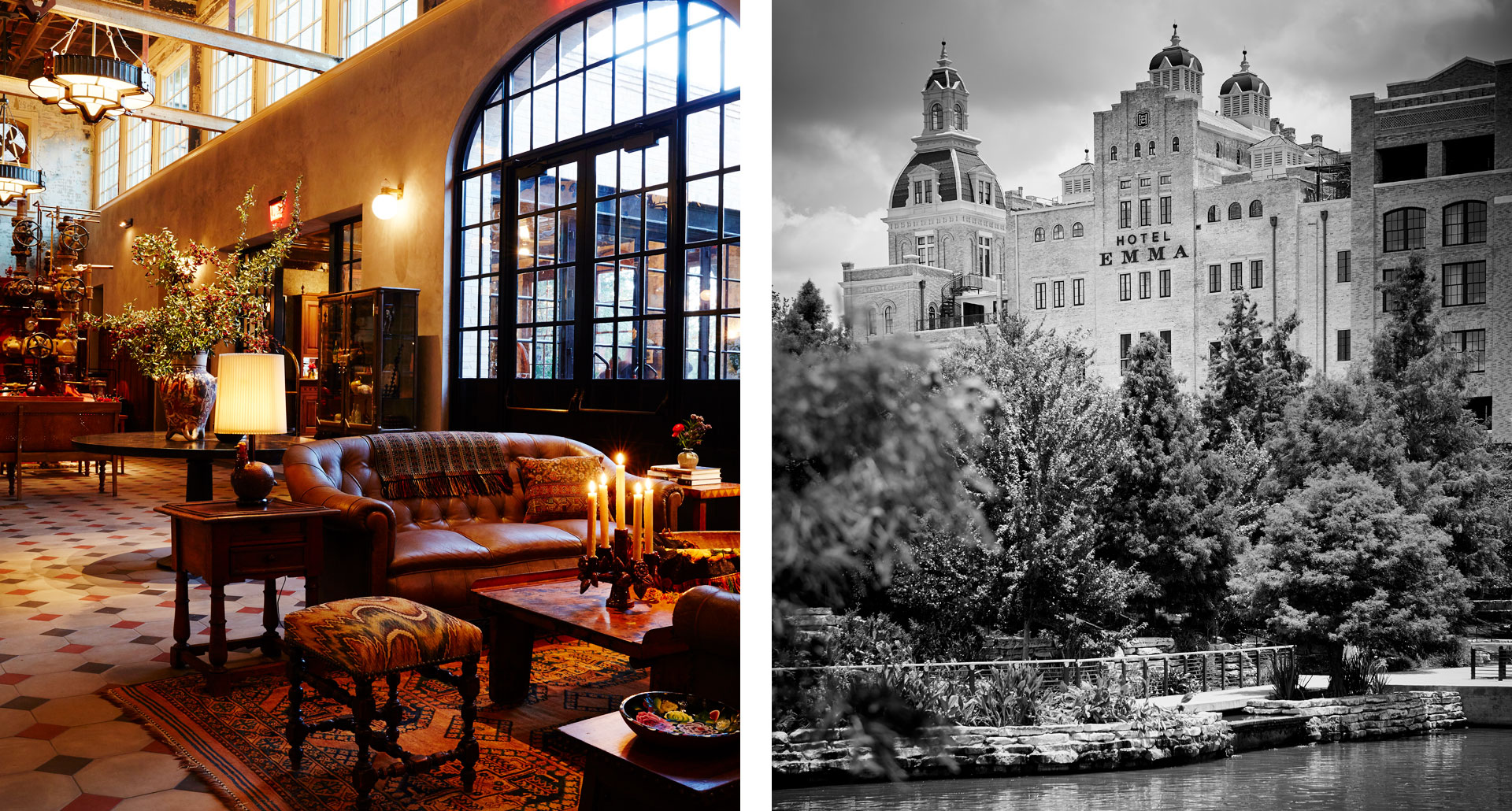 One of San Antonio’s grandest old buildings was Pearl’s, a monumental 19th-century brewery building right by the riverside. Now, decades after its tragic demise, it’s been re-animated, and contains more than a dozen restaurants, a cooking school, two farmers markets a week, and the 154-room Hotel Emma. (Bonus: it’s designed by none other than Tablet’s favorite boutique necromancers, Roman & Williams.) 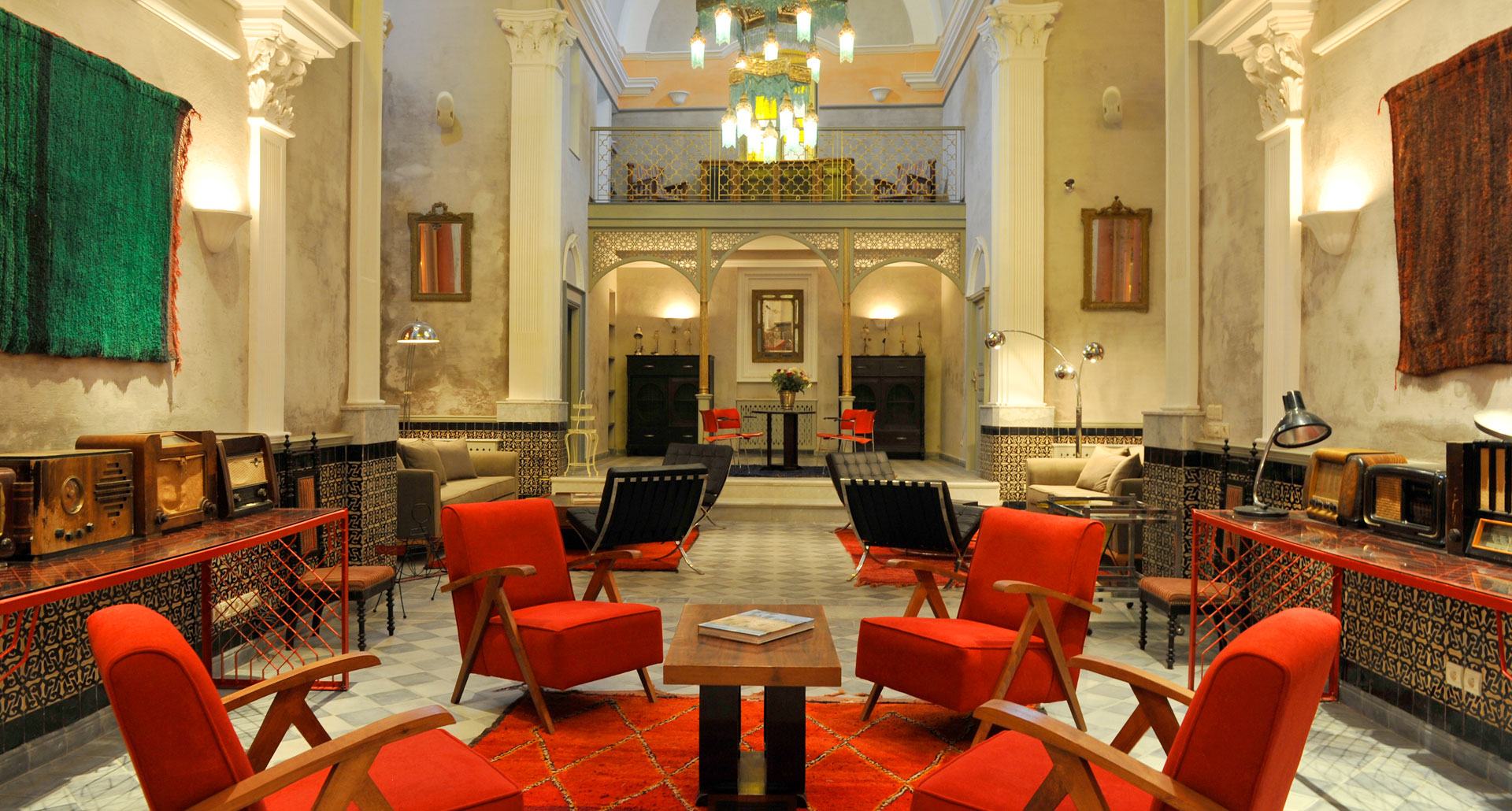 It’s not every day in Morocco that you stumble across a restored Catholic church, let alone one that’s been converted into a fourteen-room luxury boutique hotel. It’s a mix of Portuguese and Moroccan traditions, and it’s safe to say it’s like no other hotel in town. 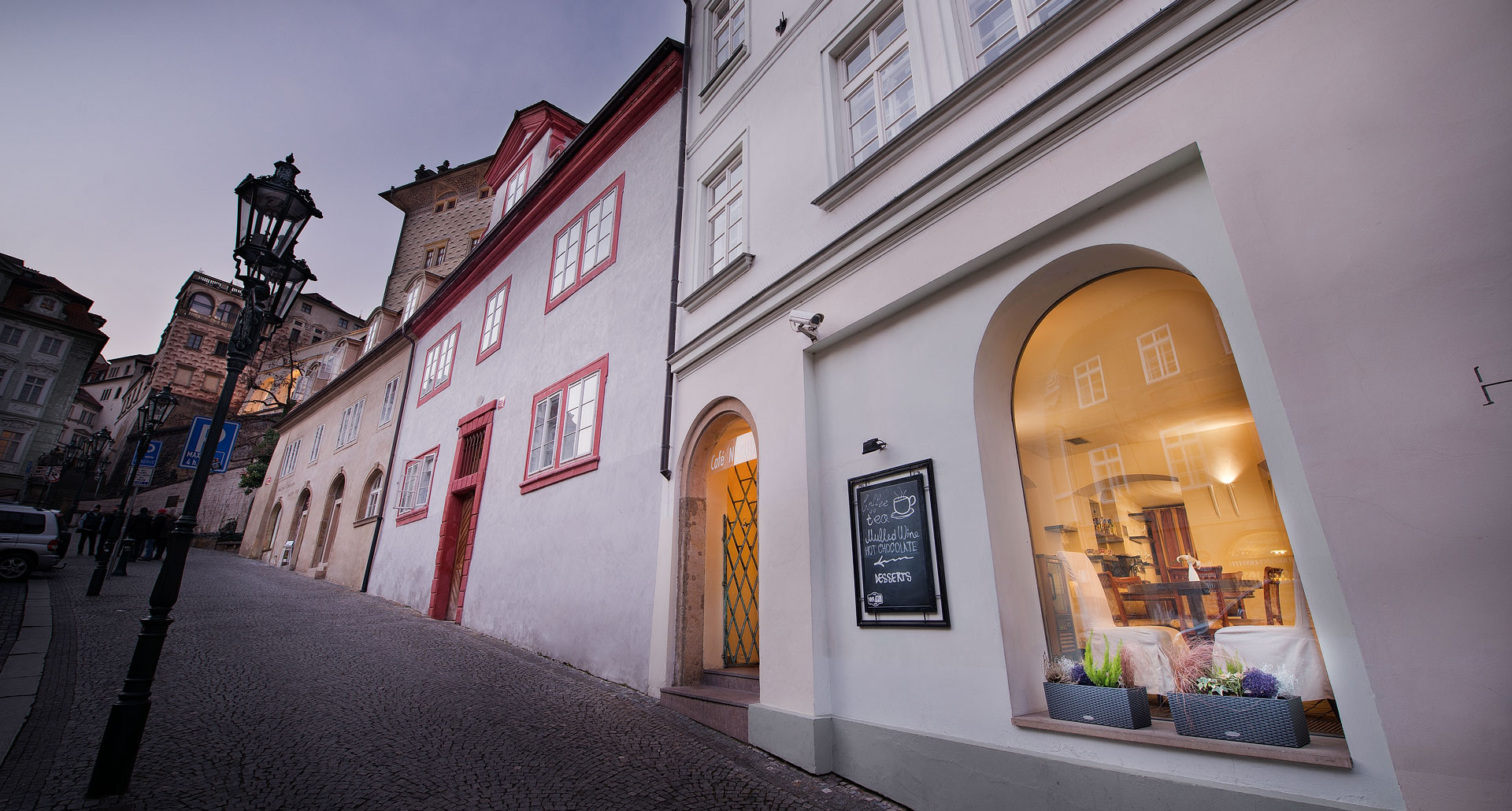 Whether or not the Czech poet Jan Neruda lived in this building, at some time during its journey from 14th-century convent to 21st-century boutique hotel, is perhaps impossible to know. But it’s fair to say that the ghosts of history are very much alive here today. 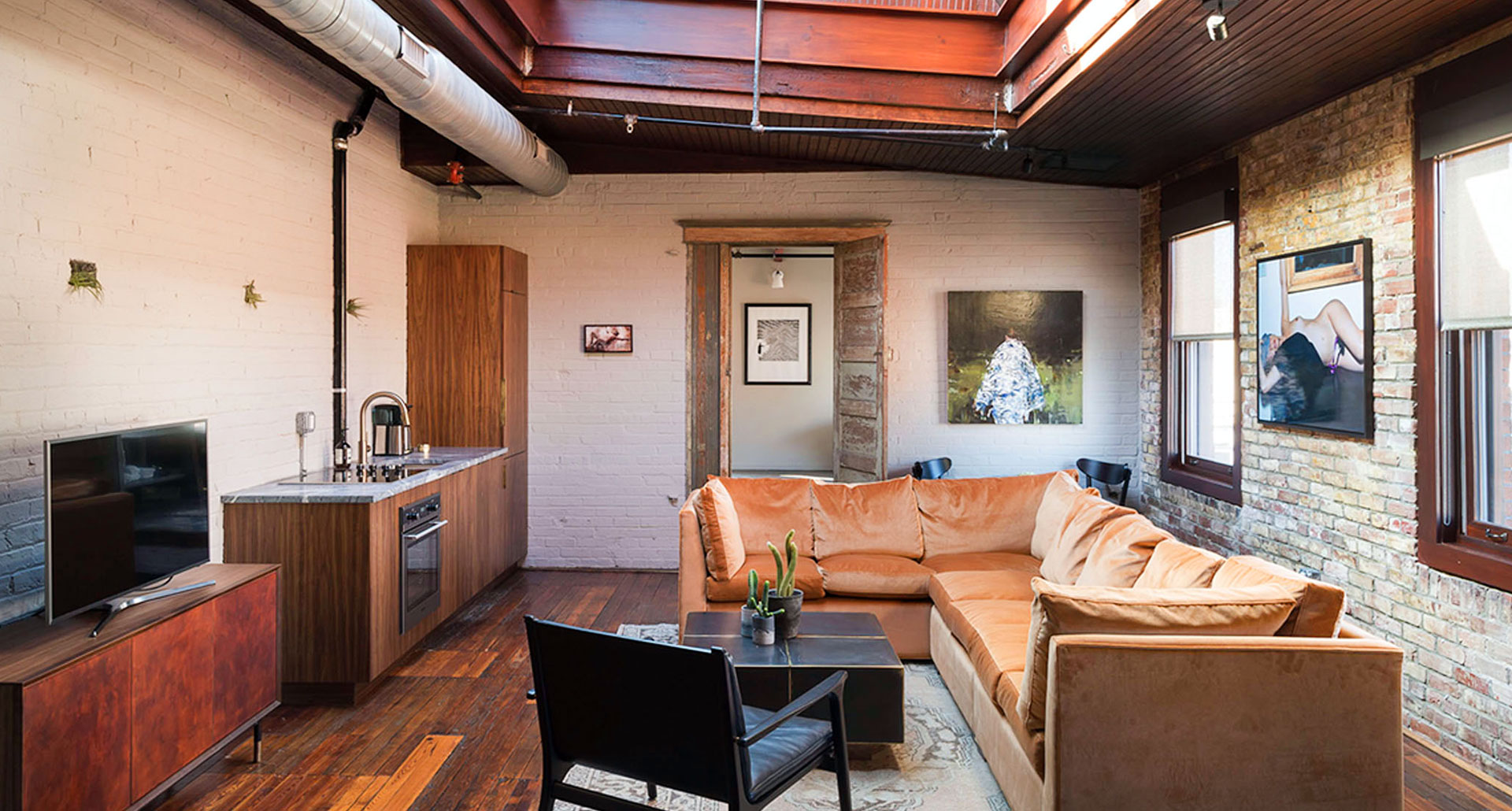 It’s been close to a century since Wm. Mulherin’s Sons transacted any business from their whiskey-bottling plant in Philadelphia’s Fishtown. For decades, all that remained was this 19th-century building, until it reopened as a fantastically successful wood-fired Italian restaurant, serving first-rate pizza, pasta, and cocktails — and now a stunning, pocket-sized four-room boutique hotel. 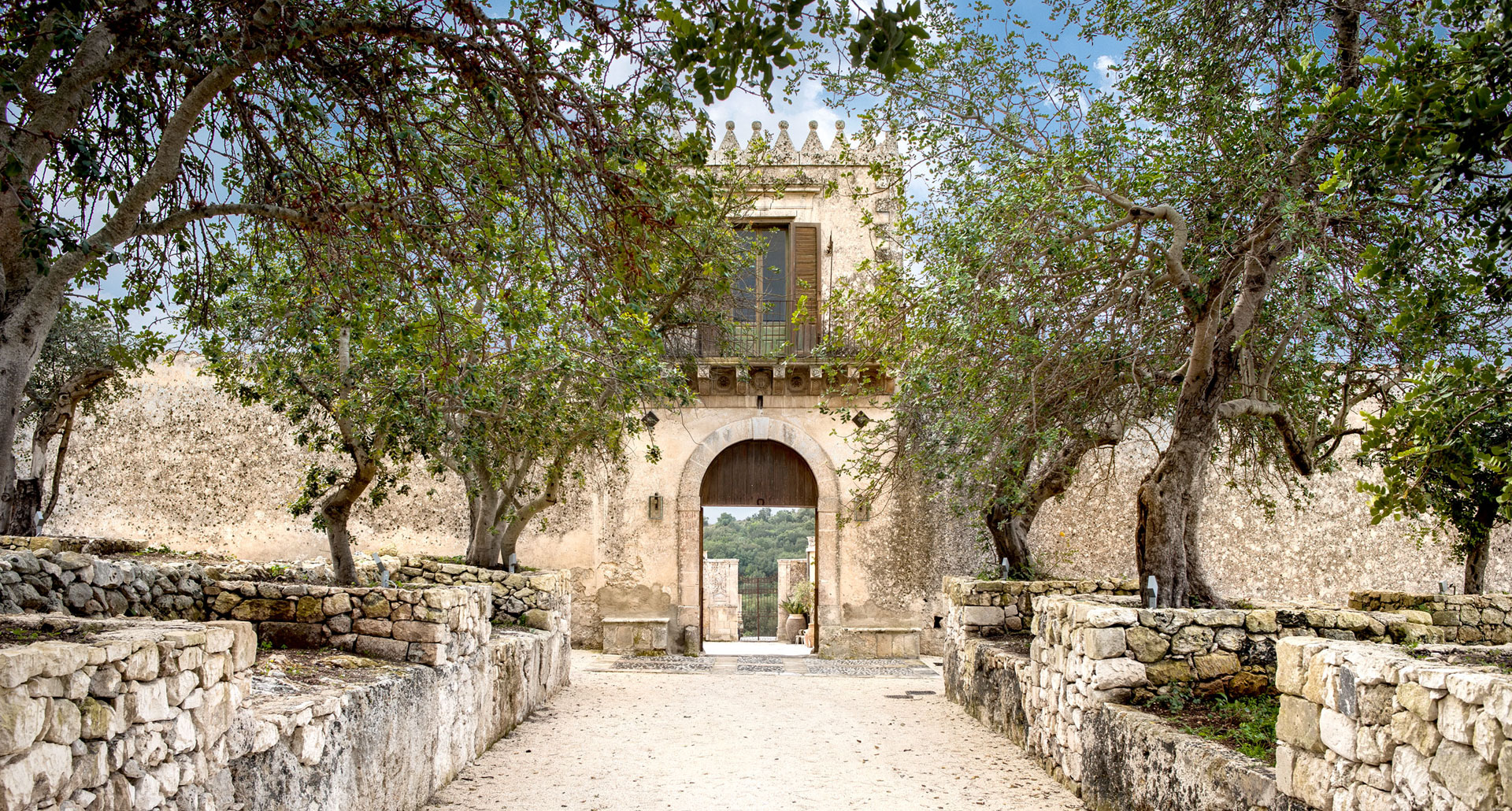 Fitting to end on Italy, as that’s the land with the most architectural ghosts. This old Sicilian farming estate contains, within its ancient stone walls, an inimitably Italian mixture of the ancient and the modern, living comfortably side by side. It’s not haunted in the literal sense, but if you’re sensitive to architecture and design you’ll definitely hear voices from the distant past….