Our editorial director takes a closer look at a curious town, sharing his thoughts on the Marfa experience, a one-of-a-kind hotel, and a journey that’s not as simple as it seems.

Sometimes you just need to get out of the city. The crowds, the congestion, the options — it gets oppressive, and you need a break from the noise. Sometimes you need a place like Marfa, even if Marfa doesn’t need you. City life assaults from the outside, heaping itself upon you. But out in the high desert of West Texas everything stands back, gives space, and asks you to work from the inside. “What can you bring to this?” It’s a lovely challenge, and I was most interested in what Liz Lambert and the Bunkhouse hotel gang had brought. Their contribution is El Cosmico, a collection of unique lodgings so perfectly suited to their surroundings you could almost imagine them having been there forever.

Those surroundings? Marfa, Texas: a single-stoplight town that’s hundreds of miles from anything, on the way to nothing. It’s reached near-mythical status as an outpost of creativity and pilgrimage point for anyone who loves art and Americana (or follows Beyoncé on Instagram). Marfa first gained notoriety when Elizabeth Taylor and James Dean rolled in to film Giant in 1956. It grew in stature during the ’70s and ’80s when artist Donald Judd chose it as his working retreat from New York City, then as home for his large-scale contemporary art museum, the Chinati Foundation.

Despite the fashionable history, Marfa is not luxurious or glamorous, nor is it as much the “place to be” as you might think. It simply is. And thankfully, so is El Cosmico.

To paraphrase Voltaire, Marfa is the kind of place that, if it didn’t exist, would have to be invented. That’s basically what Judd set out to do all those years ago, giving this small spot on the map an identity that helped transform it into a major center of influence. And it’s basically what Liz Lambert is doing with El Cosmico, creating the kind of hotel that reaffirms Tablet’s entire mission.

El Cosmico sits on a modest plot of land at the outskirts of town. Empty fields stretch out far as the eye can see, mountains beyond that, endless sky all above. At night you get the Milky Way in stereo. But the real star attractions are the vintage Airstream trailers — they stand like kings, proudly restored to their former splendor.

Hotels aren’t always the best at describing themselves, but El Cosmico accurately characterizes their Airstreams as “an armada afloat on a vast sea of desert.” They’re also a damn good time, and if you stay in one, it doesn’t take long for it to feel like your new home, and a direct extension of yourself. With the average hotel room, you can easily start feeling boxed up in someone else’s world. With El Cosmico, the world is yours. 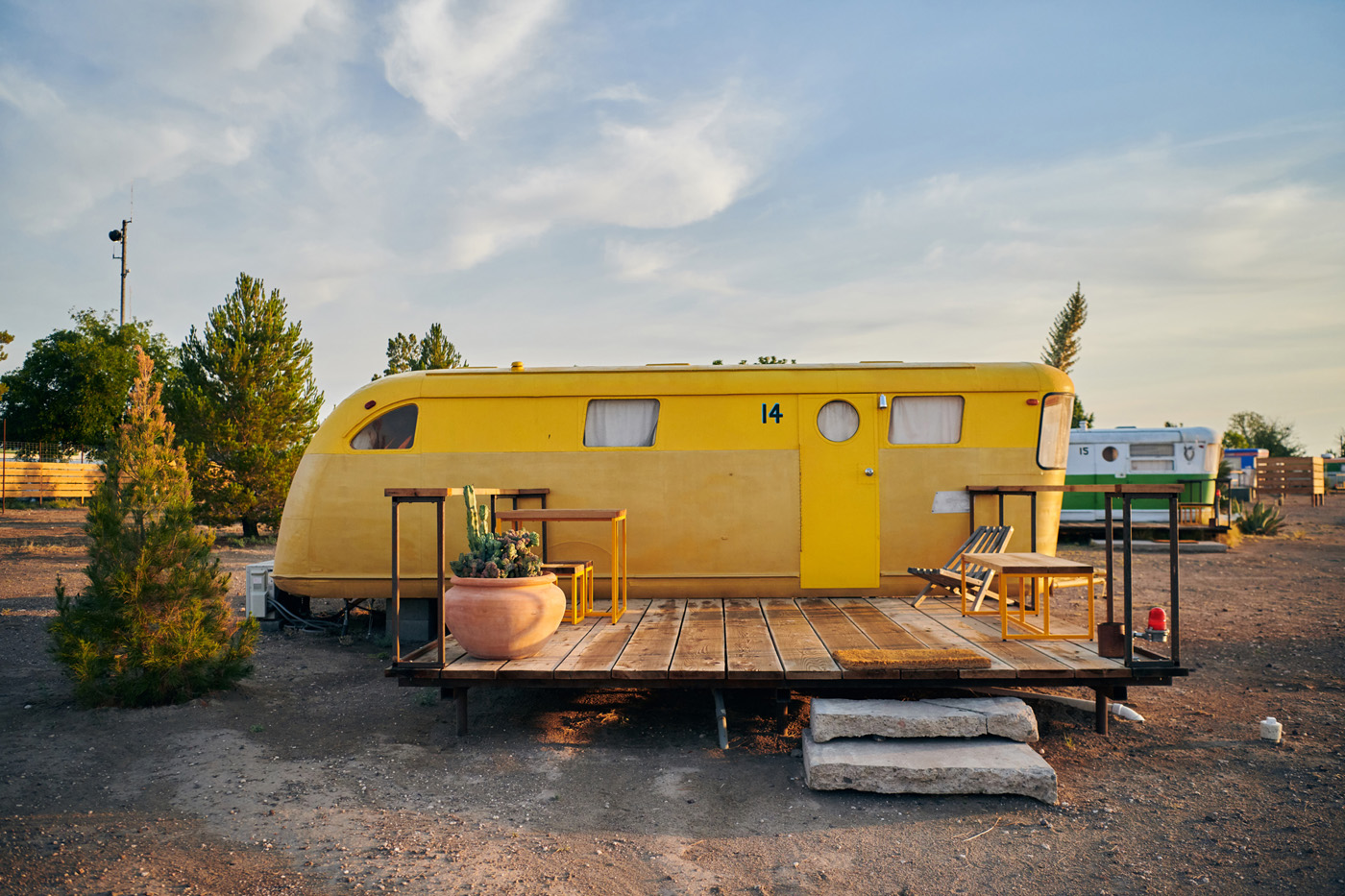 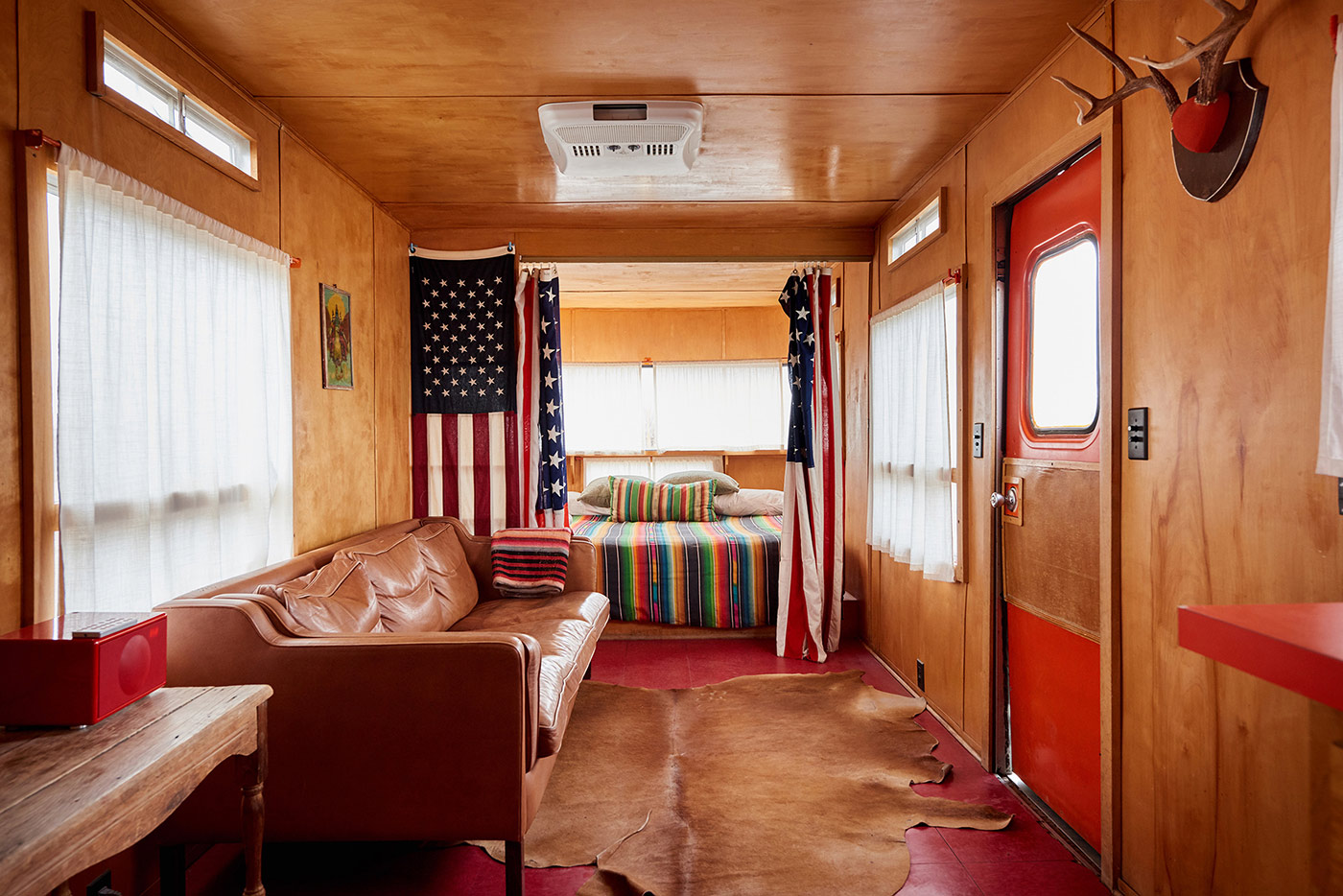 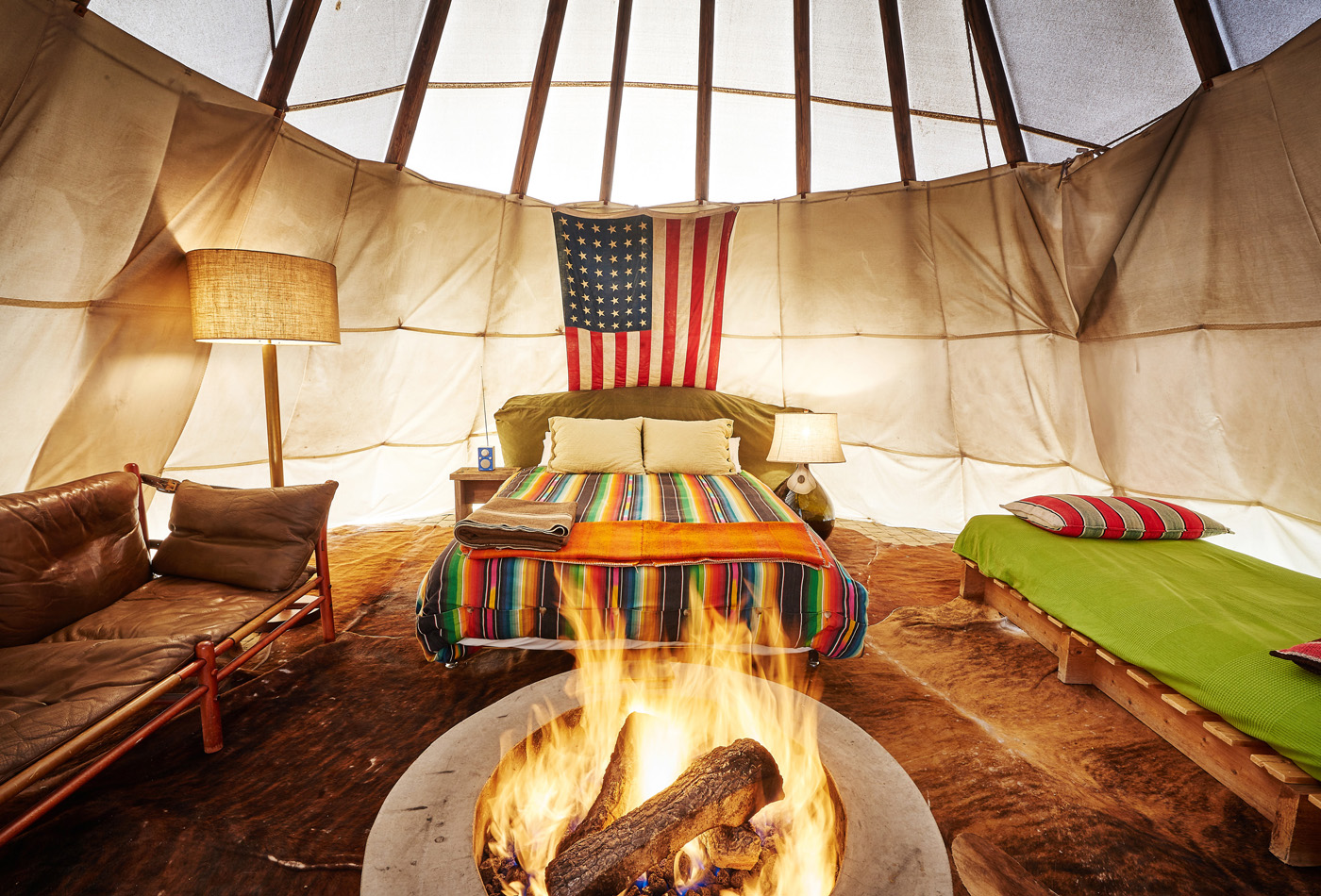 The trailers are classic works of design, and they benefit from a cautious restoration that doesn’t try to make them more than they ever were. It leaves them with an austere beauty that brings to mind Marfa’s other desert armada: Donald Judd’s concrete boxes.

Mr. Judd famously disagreed that his art was minimalist, calling it “the simple expression of complex thought.” That sounds about right for El Cosmico, too. The Airstreams and other accommodations (including tents, tepees, and yurts) are perfectly sparse and free of needless things. What they have instead is an eager presence that takes you quickly back to the road trips and roadside attractions of the mid-century American West — a vanished moment that still has a firm grip on the national consciousness.

Cynics could accuse all this of being the hipstery re-purposing of the past. To them I caution: the abyss gazes also into you. These connections to a bygone era are not merely aspirational. It was a slower, simpler time, and Marfa is a slower, simpler town. It’s a place that’s proud to exist in the middle of nowhere, with a very real edge that could be intimidating to outsiders expecting something a bit more touristy. Instead of rushing to open the gates for the oncoming hordes, Marfa straddles the line between welcoming and withdrawn, careful to preserve its authenticity.

Similarly, while El Cosmico is nothing if not hospitable, it’s no nostalgia theme park. Much like the region it calls home, this is a hotel that’s made better by what guests bring to it. Traditional amenities may not be found in abundance, but if you check in with a spirit of adventure and community, you’ll be rewarded with an experience far richer than anything flatscreens or fancy linens could provide. It’s all part of what feels like a constant exchange of energy between El Cosmico, Marfa, and their visitors; each side uplifted by the others’ imagination and ingenuity.

You’d be forgiven for not fully understanding how this tiny island in the desert became such a global destination. In fact, there are probably a lot more reasons than you’d imagine for why so many people make the long trek out. El Cosmico was more than enough to justify my trip, but the town’s complicated appeal existed long before the hotel. Like its notorious Mystery Lights, Marfa is a phenomenon that can be difficult to explain, which only adds to the allure. Sure, there are the obvious things that make the town iconic, like its art world connection or the Hollywood pedigree (and a brand of rural urbanity that is certainly au courant), but something unremarkable may be even more important: the distance.

Being so detached has helped Marfa become a haven from the relentlessness of modern living. Being so remote has helped every journey toward it feel special; an achievement unlocked. If you talk to someone who’s been, they’re likely to spend just as much time describing how they got there as describing what it was like once they arrived. The epic drive across West Texas is now as much a part of Marfa’s cultural significance as anything else.

And that’s fitting. Donald Judd fled New York in search of a clean escape, and he found it in the vast, indifferent landscapes of the West. His quest is reflected in the countless road trips that launch each year in Marfa’s direction — hopeful passengers needing a break from the noise and seeking their own shot at absolution. For them, Marfa is just a place that’s far from other places. It’s somewhere to drive to, and somewhere to turn around from. And that’s all it needs to be.

Mark Fedeli is the Marketing & Editorial Director for Tablet Hotels. To learn more about Marfa, El Cosmico, and the annual Trans-Pecos Festival, a great documentary was released by Peter Gannon, a friend of Tablet. Watch the trailer below: