A castle is excellent raw material for a hotel, owing partly to the rare perspective it affords, partly to the implied seclusion, and overwhelmingly to the sheer promise of the unusual. But the most elegant and splendorous interior hardly means a thing if it can’t muster a good (k)night’s sleep. Here are our picks for the true royal treatment. 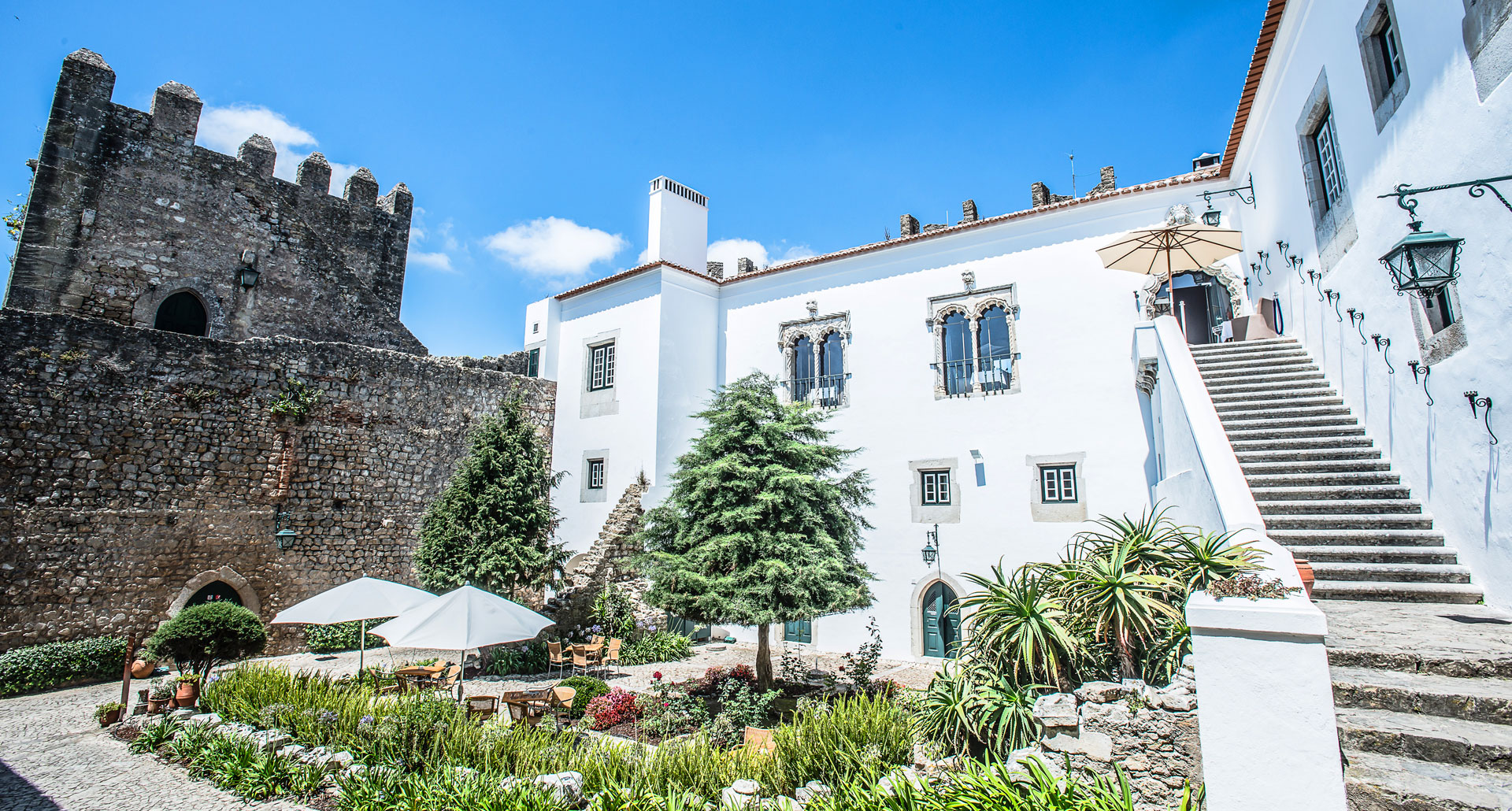 This joint gets high marks for atmosphere: you’re likely to find a coat of armor or an oil painting on your way to breakfast, and there’s a stone terrace with the evocative name of Porta da Traição (Gate of Betrayal). Luckily, all that also comes with roomy, light-drenched rooms featuring indulgent modern amenities. 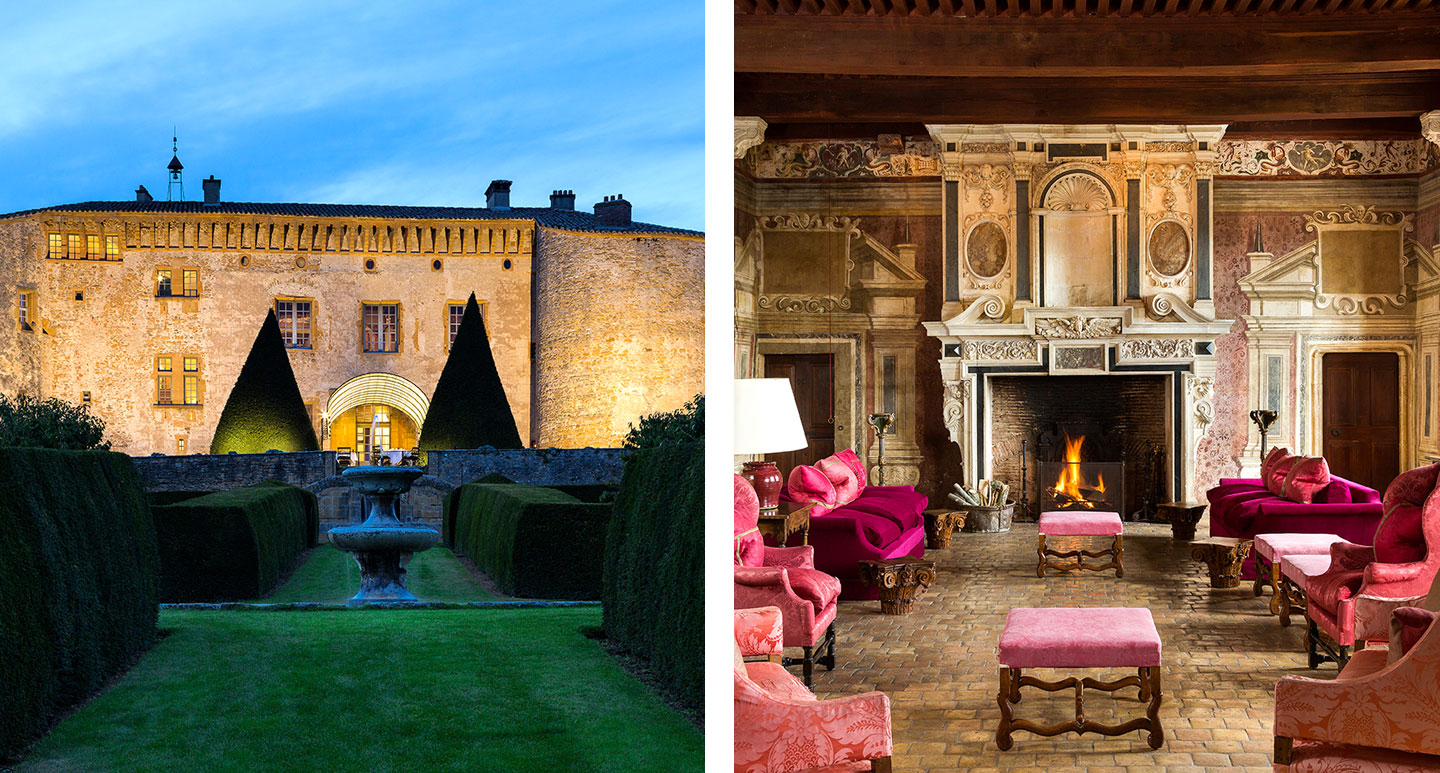 Well, a 13th-century château, for starters, remarkably still in possession of its moat and trademark cylindrical towers. Silks, four-posters, and a parade of authentic antiques round out this traditional heavyweight. Enough talk, pour the Beaujolais cru already. 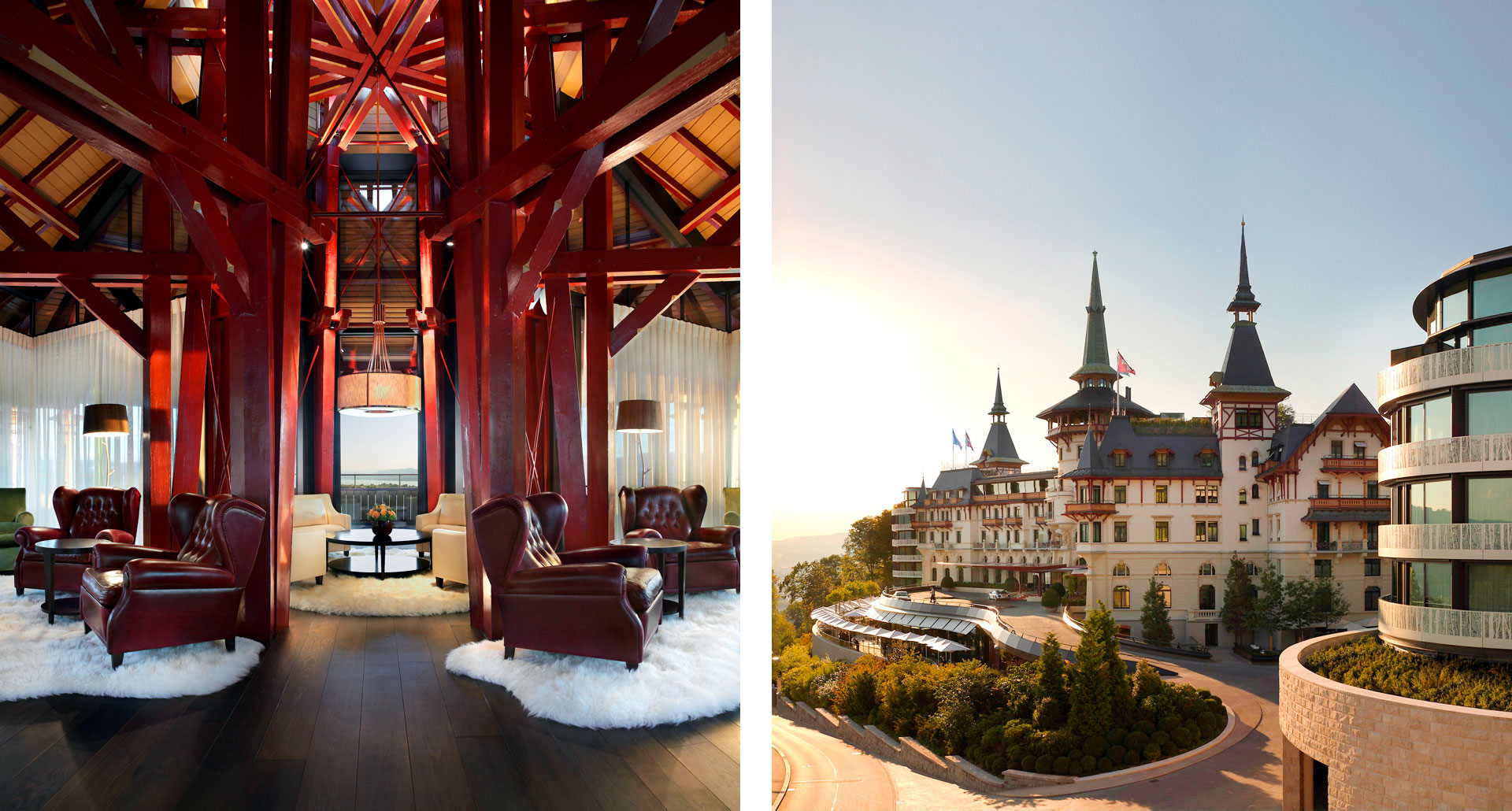 Turrets and contemporary curves on a hill overlooking central Zürich? Sign us up. Norman Foster’s renovations gave this venerable looker a new lease on life — the grandeur of old-world luxury still has its say, but now it comes with clean sightlines, sleek designer furnishings, and high-end 21st-century amenities. It’s a splendid mix of palatial proportions and unsparing livability. 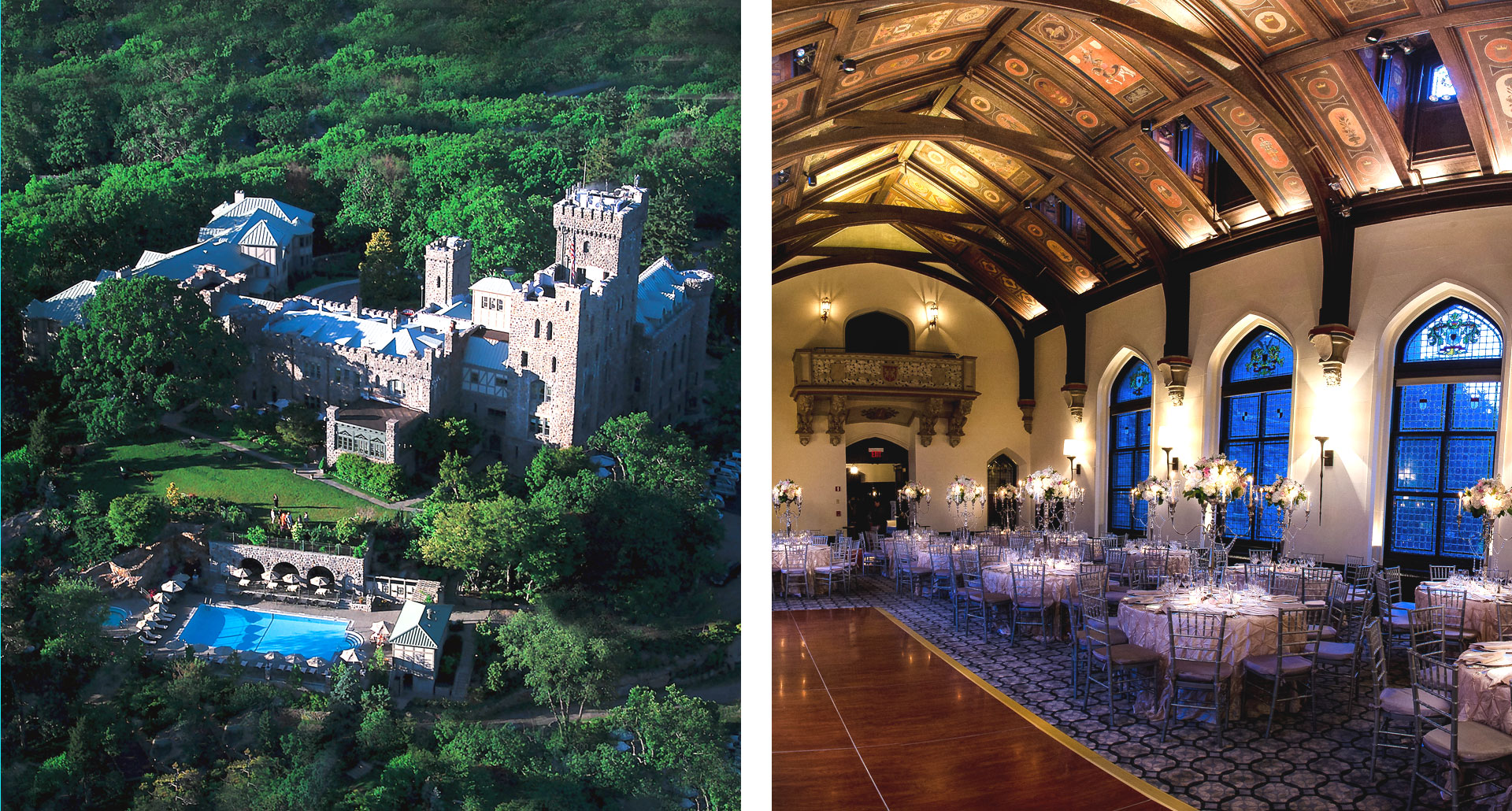 A bona fide castle on the Hudson, believe it or not, complete with the full complement of crenellated, rusticated stone and charming roof-peaks. Rooms judiciously tend luxe-contemporary, though never lacking in castle-y gravitas, as it were. Never fear: all the ornate stops come out for Equus, the grandly timbered and generously terraced restaurant. 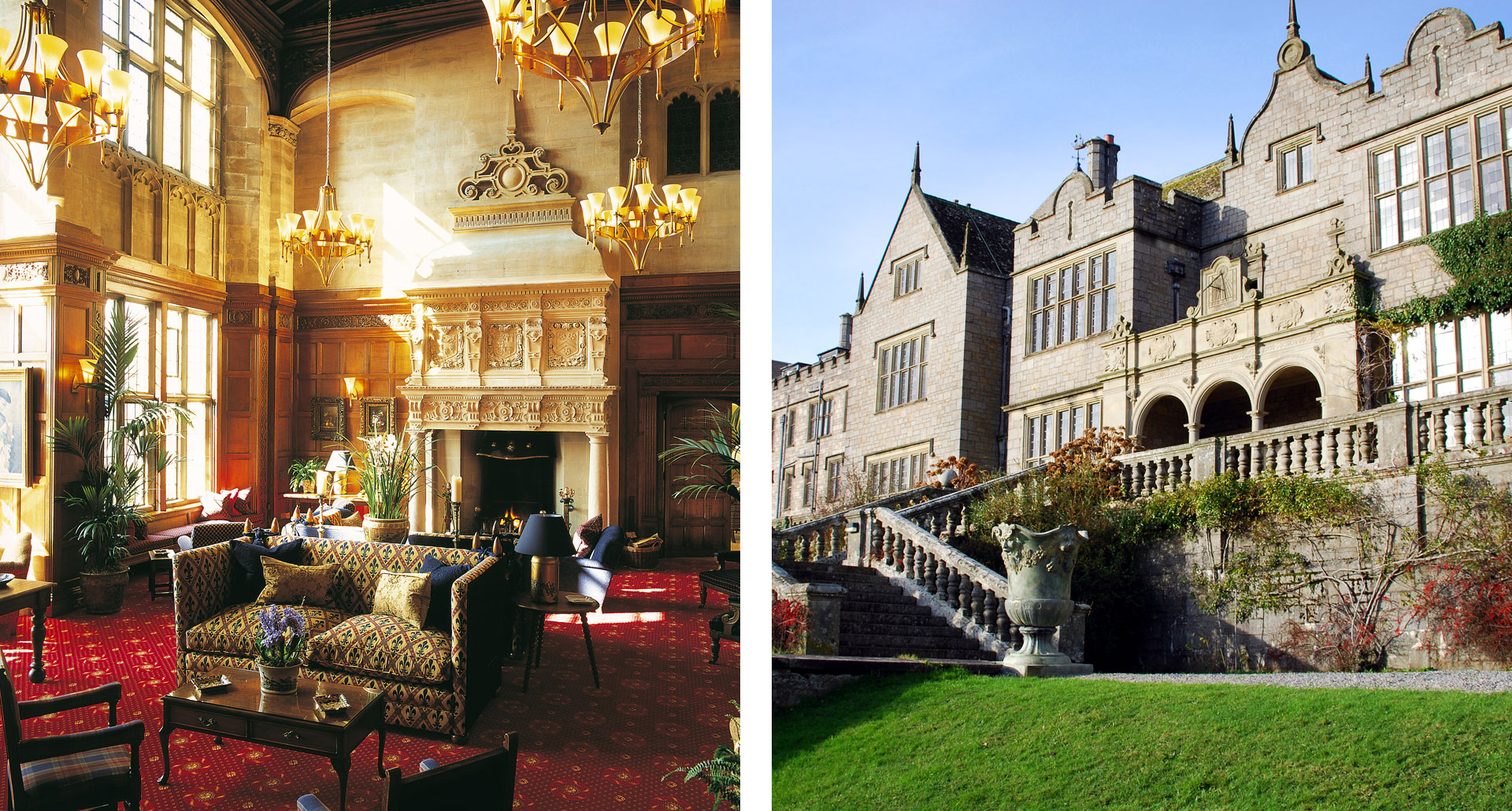 Bovey Castle Luxury Hotel & Sporting Estate, that is, and it’s worth every word. A sumptuous Art Deco gem replete with heady salons and drawing rooms, this castle flawlessly welcomes one’s inner aristocrat. It’s very hands- (and foot-) on, as well, inviting guests to take their ease and explore — meant to be lived in, in other words. 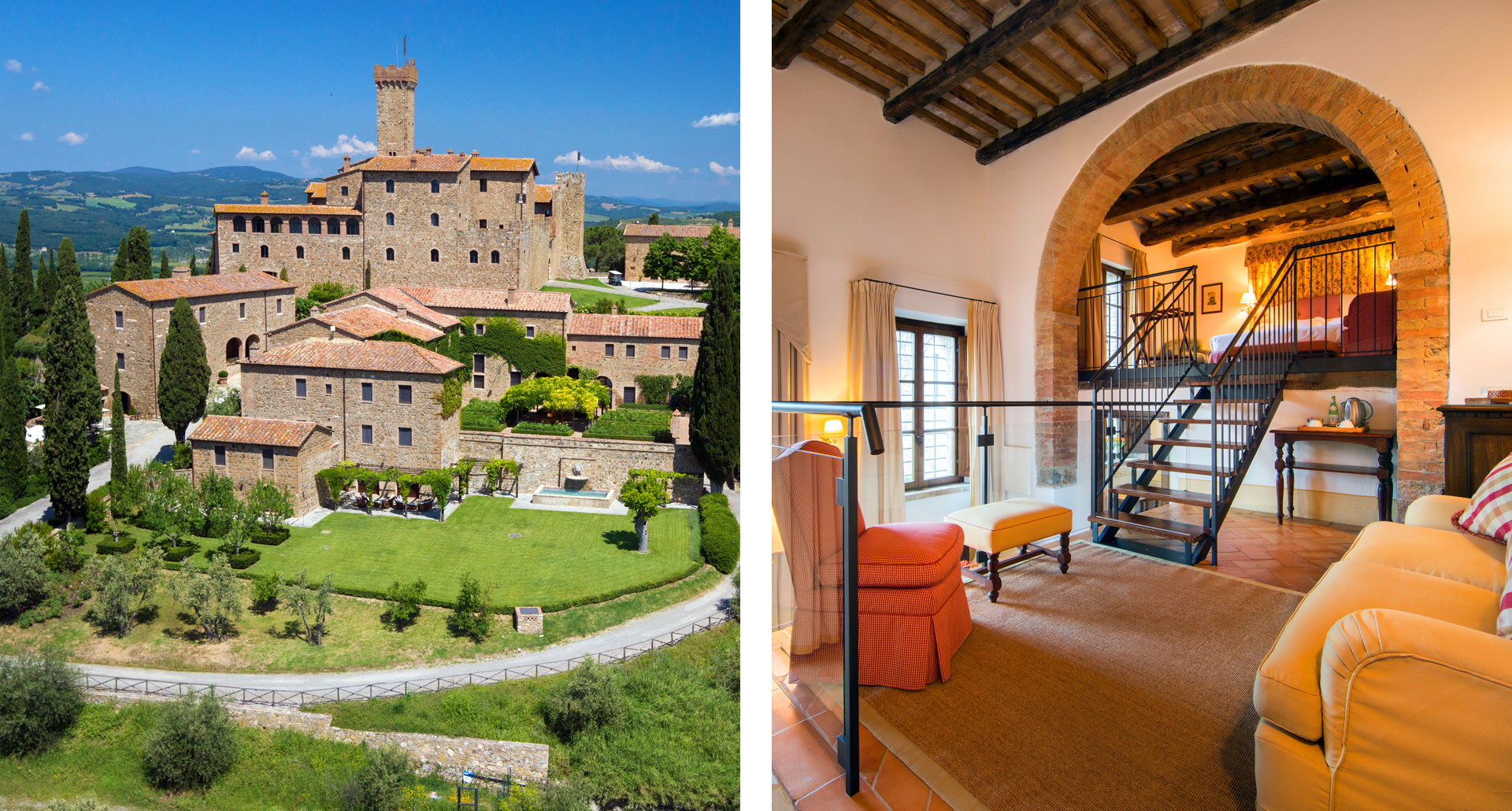 How’s this for impressive: 7,000 acres of pristine vineyard culminate in a hilltop fortress/winery, which lords in turn over a handful of boutique-ified village fixtures. An outdoor pool with a view of the vines over here, a couple of Tuscan restaurants over there, a museum of glass in the 13th-century wing, a prehistoric whale skeleton unearthed from one of the estate’s slopes… we submit. 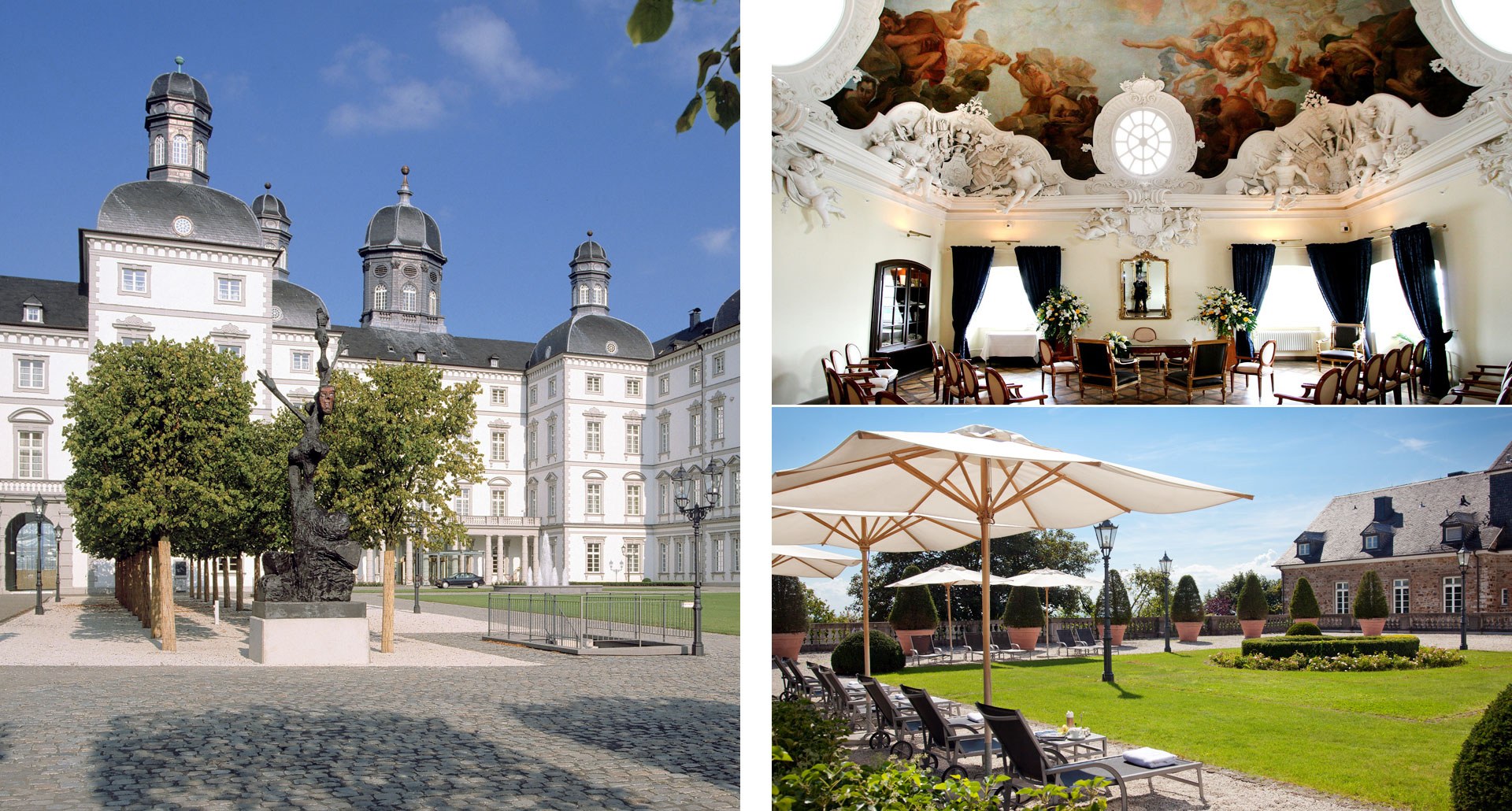 An inventive architectural pastry of sorts, Bensberg’s immaculate Baroque exterior gives way to a tastefully renovated indoors; no stiff, drafty bedrooms here, thank you very much. You’ll be at a slight remove from the city, but all the better — what else does one need but Michelin-starred eats, a jacuzzi, and an on-site jewelry boutique? 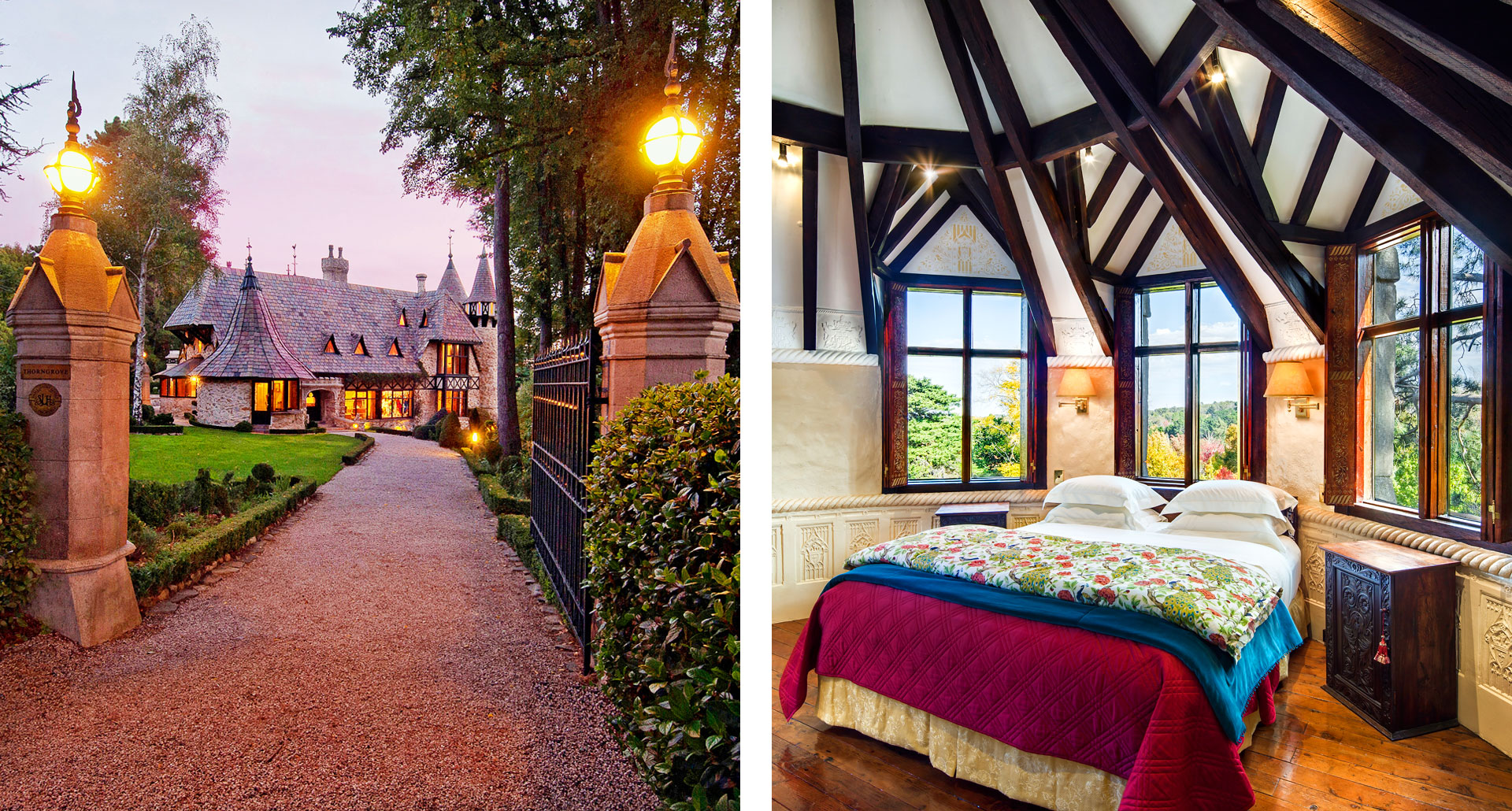 It’s time Australia had its regal say, here by means of a haute-fairytale treatment on the outskirts of Adelaide. Cozy and enchanting by turns, Thorngrove Manor nevertheless manages to buoy its delirious rococo flourishes with thoroughly contemporary amenities. Perhaps most importantly, just five suites means true and uninterrupted privacy. 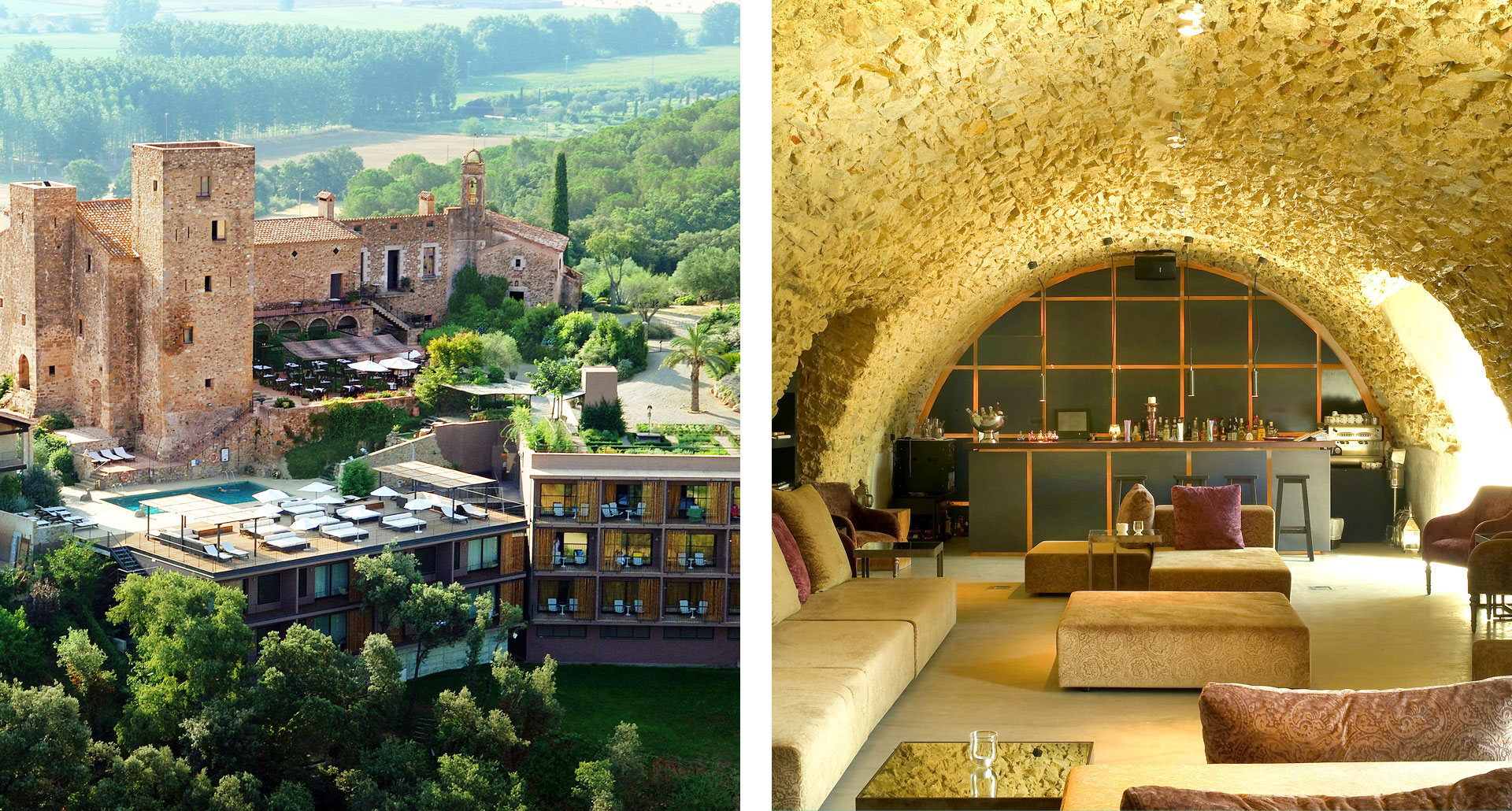 In rejuvenating this sadly abandoned medieval masterwork, the owners introduced a series of bold, here-and-now design decisions — raw minimalism in the bedrooms, captivating rust-hued parasols over the restaurant — lending rewarding tension to an idiom in desperate need. Let your eyes roam; everything they fall on bespeaks an attentive, keenly artistic approach to habitation. A castle for the 21st century. 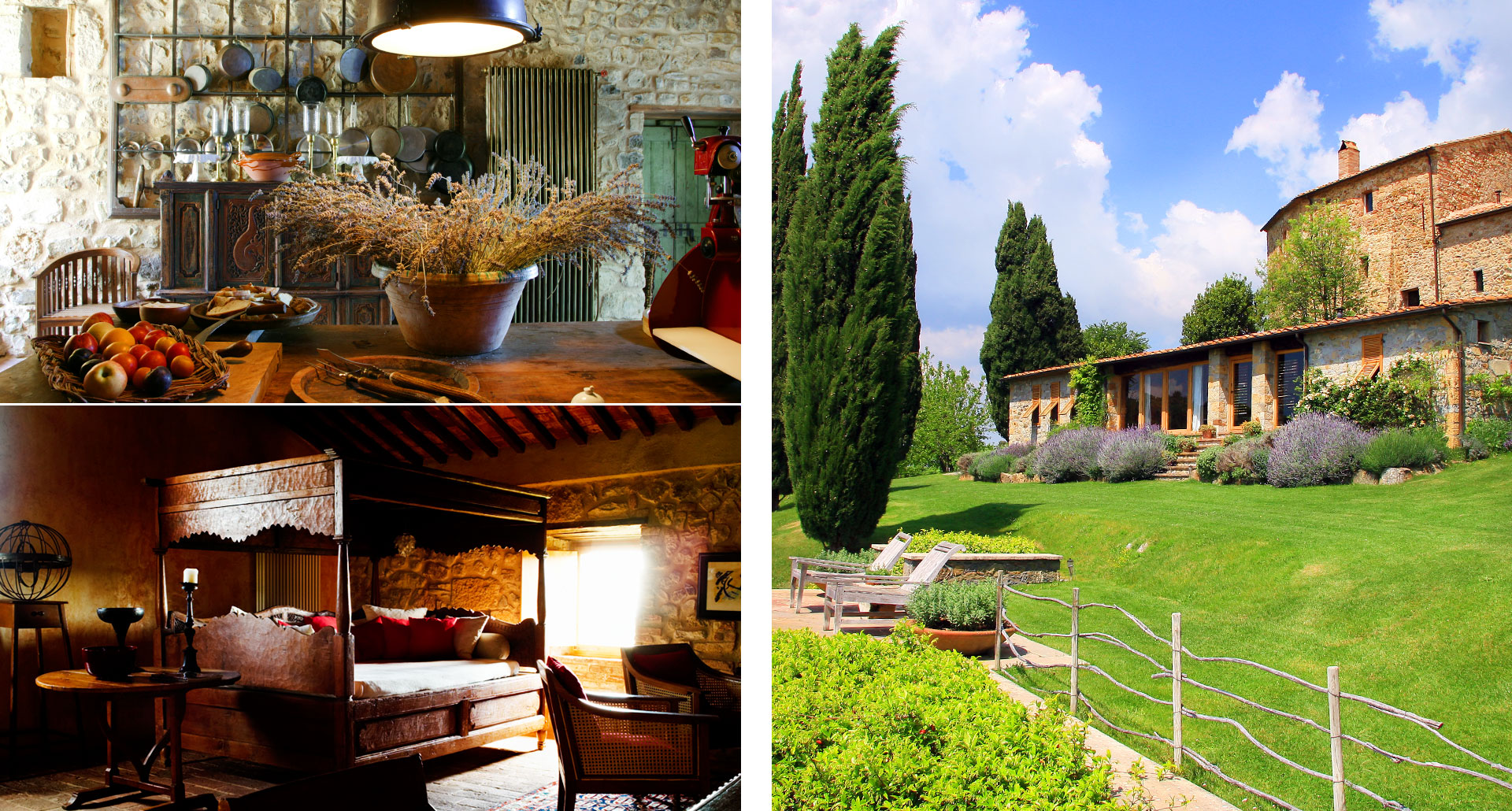 A castle like this almost out-Tuscanies Tuscany itself: one can hardly improve upon the handsome 12th-century edifice, more than a match for the enthralling vistas the region has enjoyed since time immemorial. Inside, the charm intensifies even further, blending cozy wooden elements with Indonesian antiques and conversation-starting custom artwork. Don’t feel pressured to chat, though; an aesthetically charged silence is part of the point.