The popularity of Peru’s Sacred Valley continues to grow, thanks mainly to the Inca ruins of Machu Picchu. But there’s a lot more to see in the region, and these three hotels will help you see it.

One of the most famous opening scenes in cinema history was filmed at Machu Picchu in the 1970s. For those who know it, the sequence is both an indictment of the hubris of man, and a celebration of the power of this spectacular region. The film is Werner Herzog’s Aguirre, the Wrath of God, and the scene depicts a 16th-century Spanish expedition descending the steep rock face of Huayna Picchu, the mountain peak that dominates the legendary Inca ruins. The foreigners are not dressed appropriately for the challenge. The men wear bulky chainmail and steel; the women are dressed in flowing gowns. They walk cautiously down the uneven slope as they struggle to carry palanquins and military equipment. The scene ends with a cannon tumbling down the hillside.

The opening of Aguirre contains all the mystery and beauty that today draws hundreds of thousands to that same summit, and no small amount of warning about the dangers of human arrogance. To Roger Ebert, those shots of Huayna Picchu showed “the utter indifference of the natural world to the exploits of man.” To the film’s producer, a friend of Herzog’s named José Koechlin, they were an ingenious marketing play.

His investment of some $50,000 must have seemed a modest one to introduce the world to Peru. Today, Koechlin’s Inkaterra hotels have seven properties around the country, with another in development. But in the 1970s travel here was far from common — not even Machu Picchu was a huge draw. As recently as 1991, only 77,000 visitors found their way to the ruins each year. Today, that number’s closer to a million and a half, a staggering increase for a place that’s now one of the world’s top see-it-before-you-die destinations. Much like the foggy fever dream portrayed in Herzog’s film, steady streams of tourists now regularly fill the winding paths that lead to Machu Picchu.

There are no hotels on Machu Picchu — that would be profane. But there are many below it, set throughout the area known as the Sacred Valley, between Cuzco and the Incan citadel. Our favorites don’t just provide guides up the mountain — though of course they all do — but offer an experience integrated into their own micro-settings and landscapes. As amazing as Machu Picchu is, its perhaps just as rewarding to explore less-traveled sites, seeking out a more personal connection.

At Koechlin’s Inkaterra Machu Picchu Pueblo, set just outside the town of the same name (formerly known as Aguas Calientes), there’s an effort to introduce guests to aspects of the environment that don’t come as readily to mind as the more visible parts of the region. “I believe that the nature of the place doesn’t quite match the culture in public knowledge,” says Gabriel Meseth de Bona, Jefe de Contenidos at Inkaterra. Just as the movie showcased the natural landscapes of Peru, Inkaterra Machu Picchu Pueblo does the same on 12 acres of miraculously restored cloud forest.

Amidst the traditional architectural elements that make up some 85 rooms and suites, what had once been grazing land for cattle has been methodically restored to its original ecosystem. A massive diversity of birds and orchids mark the property, the product of years of work by researchers and conservationists. Their success is evident along stone pathways and waterfalls, bird watching tours and serious, overnight hikes along the Inkaterra Machu Picchu Orchid Trail with the property’s resident chief biologist.

Every Tablet hotel around Machu Picchu prides itself on ecological and community sustainability, but continue on to the edge of the small town of Urubamba to Sol y Luna, a luxury boutique founded specifically to fund the Sol y Luna Foundation. The hotel’s owners, a couple by the names of Petit Miribel and Franz Schiller, started out by creating a foundation in order to educate some of Peru’s most underprivileged children. “The Sol y Luna Intercultural School started with just five children, today it provides education and care for 200,” the hotel tells us.

Where Aguirre is a dark and brooding introduction to the wilds of Peru, the hotels in our selection present it in vivid technicolor. The 43 casitas of Sol y Luna make their home on a 25-acre property on the outskirts of Urubamba beneath the Andes, amidst gardens abuzz with hummingbirds. Decorated with local pieces by Peruvian artists, the hotel’s grounds display a “magical, mystical Peruvian feel,” while stone pathways lead you to the pool, spa, and jacuzzi. If Machu Picchu Pueblo is more of a backpacker’s town, Urumbamba feels a bit more local, with simple forays into the daily routine there — the fruit and vegetable market, fresh coffee in the town square — the hotel’s first recommendations.

But for all Inkaterra and Sol y Luna have done to make their architecture and layouts at peace with the flora (and they succeed without a doubt), it’s the final Sacred hotel in this piece that presented the most ruinous challenge. At Explora Valle Sagrado, construction was interrupted when excavation uncovered Incan ruins that demanded conservation. “We had to change the location of the hotel three times,” says architect José Cruz Ovalle, “every time creating entirely new solutions.”

In the end, the long, low buildings make use of local stone, wood, and mud under traditional tiled roofs. In some ways, they mimic the remnants of the Incan walls and terraces that share the property. “The conception of the architecture of the hotel did not aim to work around historical prominence, but, on the contrary, to enter into resonance with it,” says Cruz. As Architectural Digest explained, the location of the buildings parallels “the up-and-down rhythm of the Inca terraces, so that the mountains are always in view, no matter where you are.”

In some ways, that method of building — flexible in response to unforeseen events, chained to the whims of the human-marked landscape — is the mirror of how Herzog made Aguirre. Herzog’s other Peruvian film, Fitzcarraldo, earned its own documentary for the horrific injuries sustained during the on-location filming, but Aguirre claims its own share of Herzog lore. In one tale, flooding destroyed the film’s rafts, so the director incorporated a scene of their rebuilding. In another, his star refused to go on, so Herzog threatened to shoot him. Not to say your time at any one of these hotels will be quite so dramatic. Just that when you enter the Andes, it’s advised to bring a camera. ▪

Book the best hotels in Peru on Tablet Hotels. 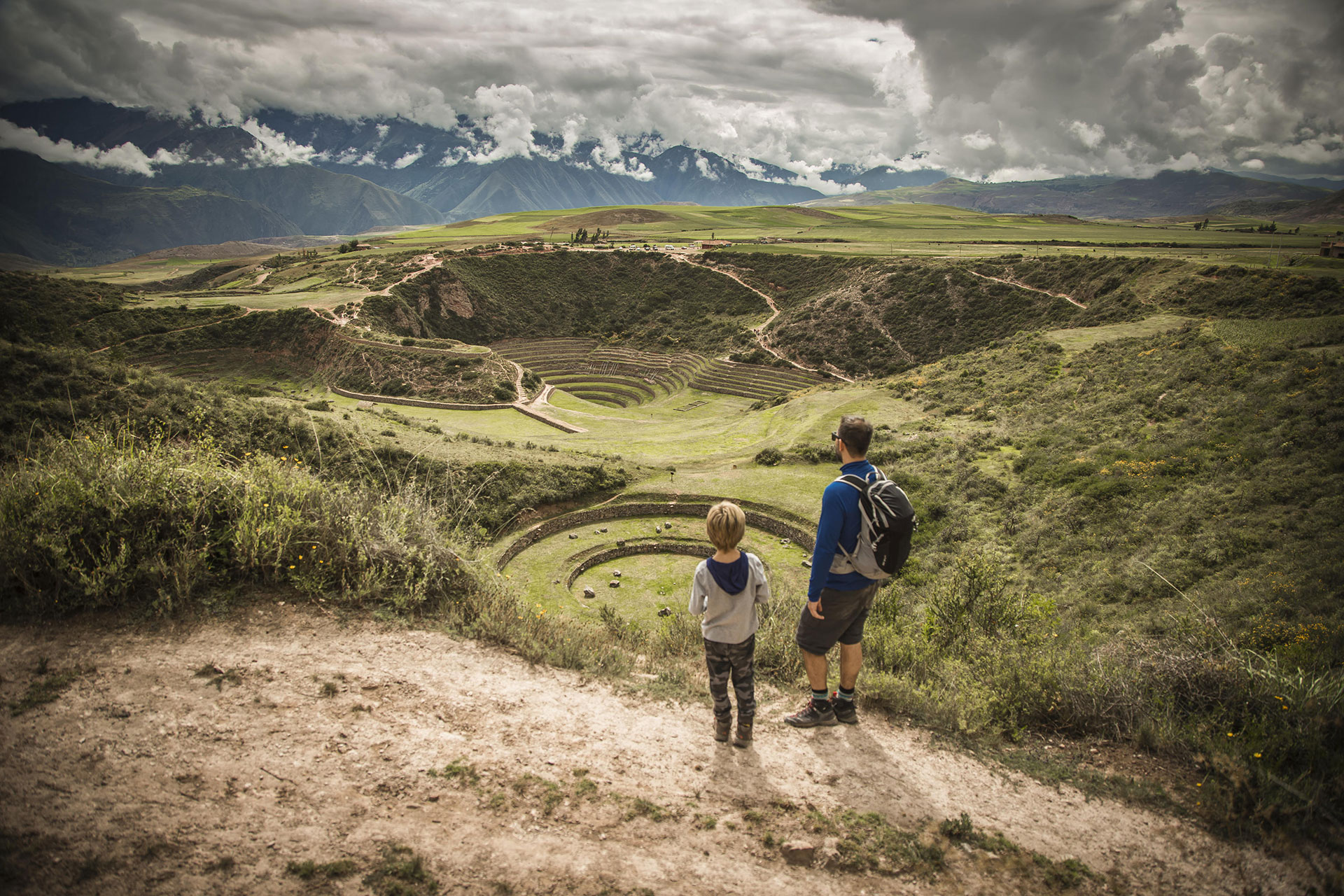