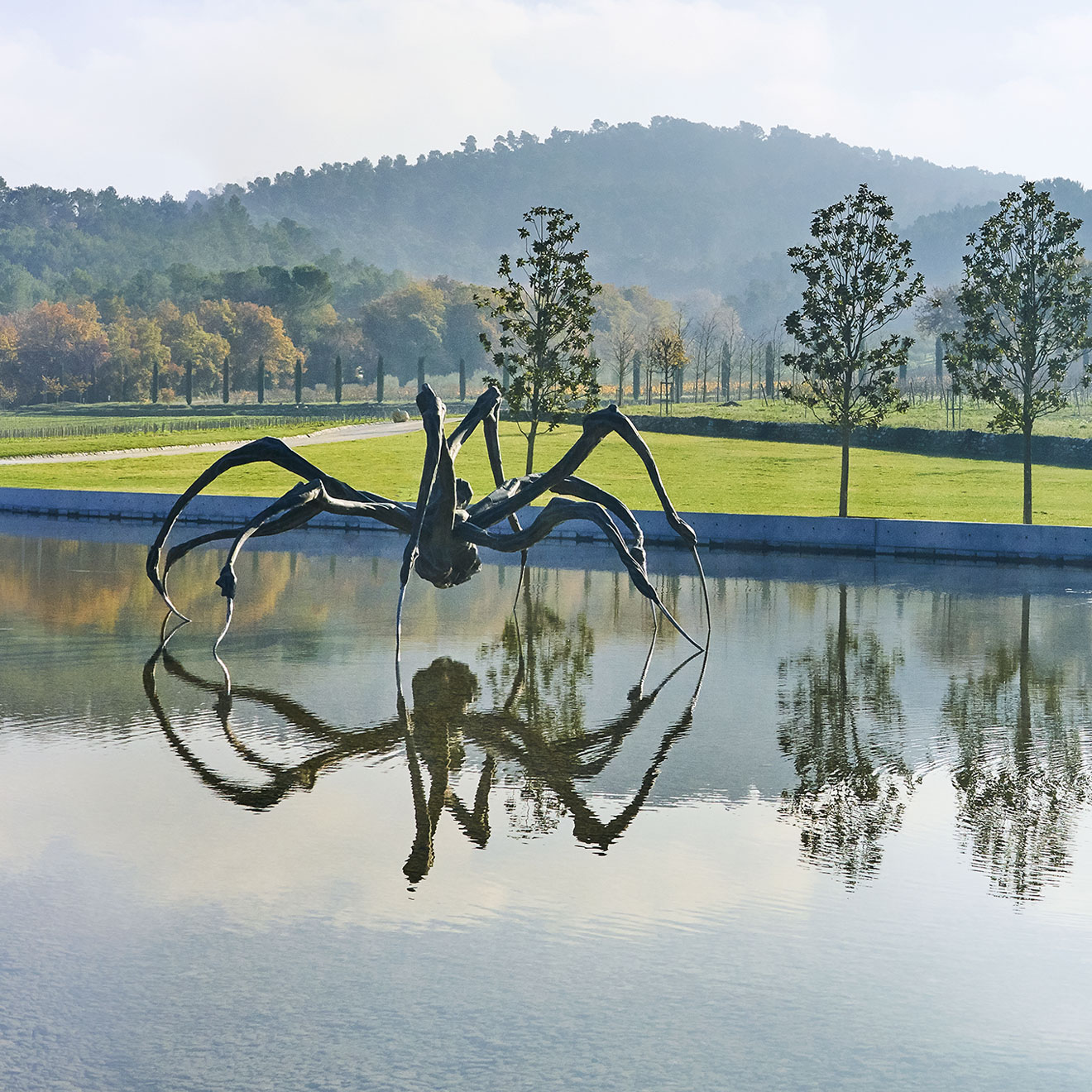 A lot of people love art. Few people love it, or can afford to love it, as much as Patrick McKillen, who turned an old French vineyard into a striking hotel with a collection of art and architecture to rival the world’s best.

We’ll start with a little inside baseball. We considered making the title for this story “Night at the Museum.” It felt appropriate, and clever enough. But we realized that it wouldn’t be accurate. Villa La Coste is much more than a hotel with some artworks. It’s a sculpture park, a design center, an architectural showcase. It’s 600 acres of art-obsessed ambition, all borne from the passion of one man. So, “Night at the Museum” went back on the shelf, woefully inadequate as a description of Villa La Coste.

How to describe it then? Let’s start at the start. Before there was any art at Villa La Coste (or any hotel, for that matter), there was a vineyard — a historic Provençal wine estate called Château La Coste. Centuries after Roman planters cultivated the first grapes here, an Irish real estate developer named Patrick McKillen drove his car through the entrance. He’d recently looked at an annoying number of properties in the French countryside, searching in vain for the perfect purchase. Now he was looking at Château La Coste.

He didn’t get 20 meters before he decided to buy it. That quickly, he’d knew he found his muse.

The businessman acquired the old estate in 2002, determined to bring to it modernity through the prism of his own obsessions. Let’s dip behind the scenes again. You might’ve read the subtitle for this story and thought it somewhat underwhelming. “One man’s passion for art” is pretty flat, and doesn’t exactly portend the incomparable. But Patrick McKillen’s passion has few equals, and it’s all laid bare at Château La Coste.

Behind every rolling hill at Château La Coste is another work by another world-renowned artist. A bronze spider by the great contemporary artist Louise Bourgeois sits on the water. A pavilion by the impossibly decorated Italian architect Renzo Piano hosts rotating exhibits. Elsewhere, structures by Frank Gehry and Tadao Ando and Richard Serra rise out of the green fields. You’ll even find the last project by architectural titan Oscar Niemeyer (alongside installations from relative lightweights Bob Dylan and Michael Stipe).

It’s a concentration of talent that rivals some big urban museums; nothing less than a dreamland for anyone who loves art and adores architecture. And it might not even be the estate’s top priority. 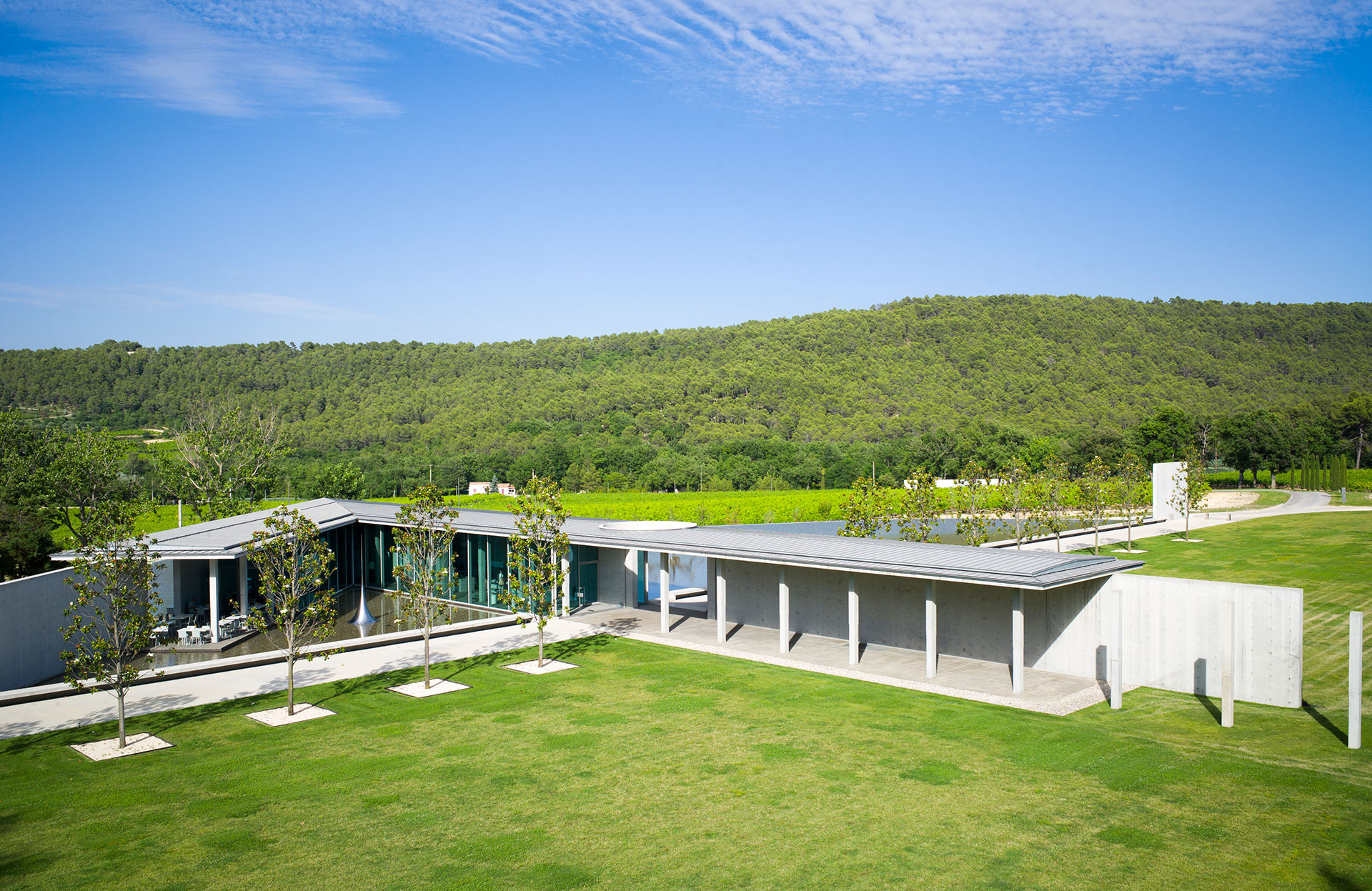 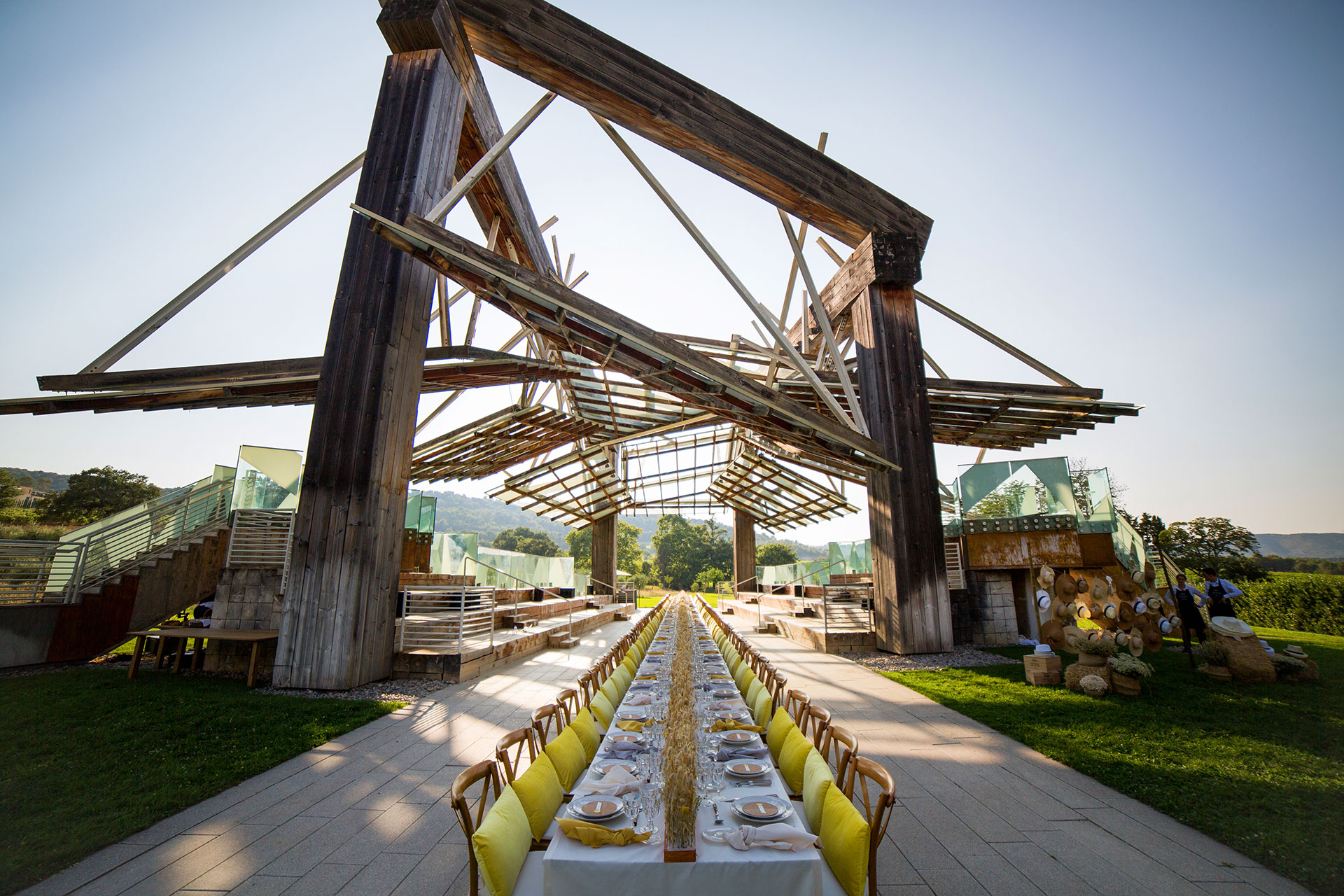 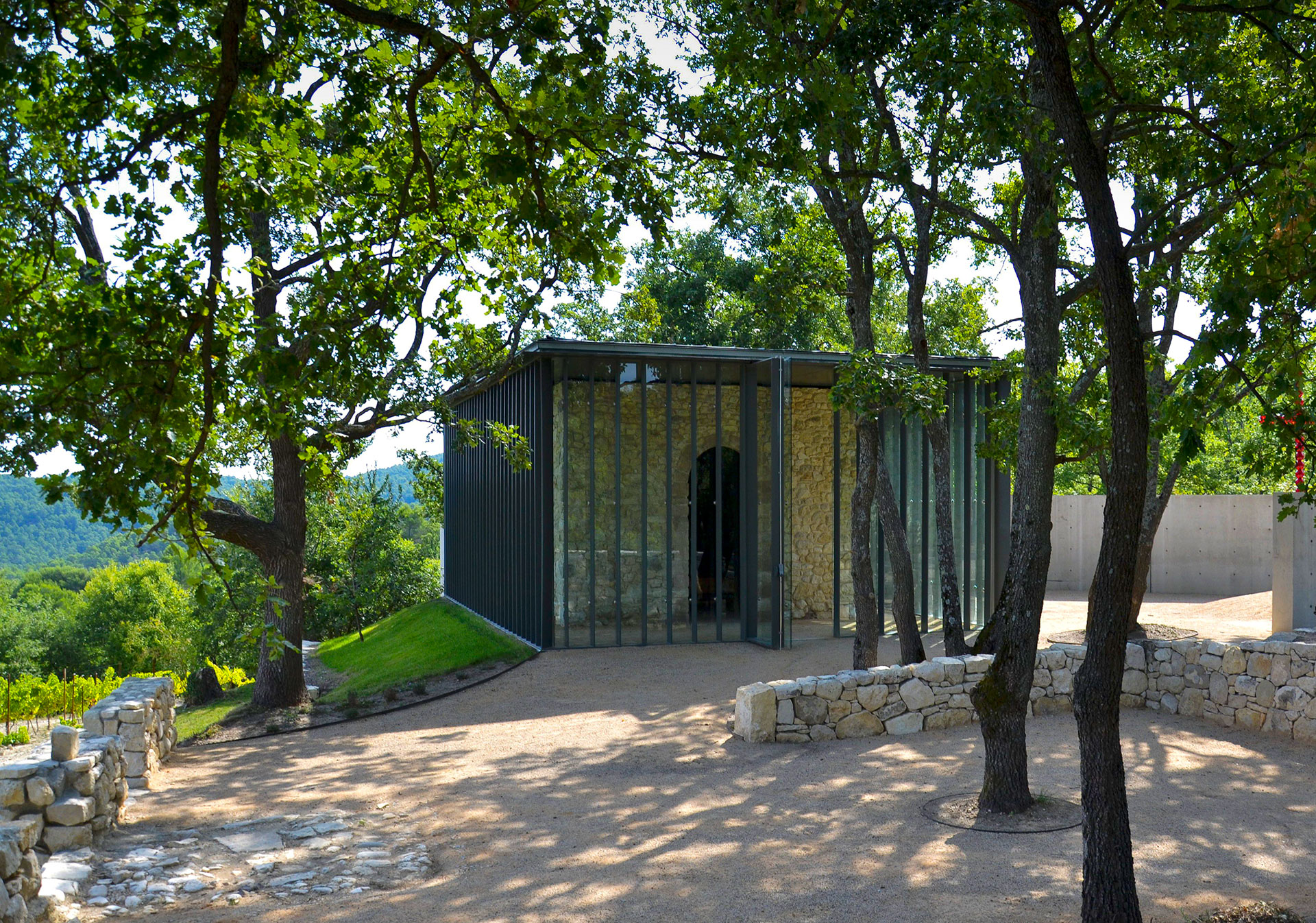 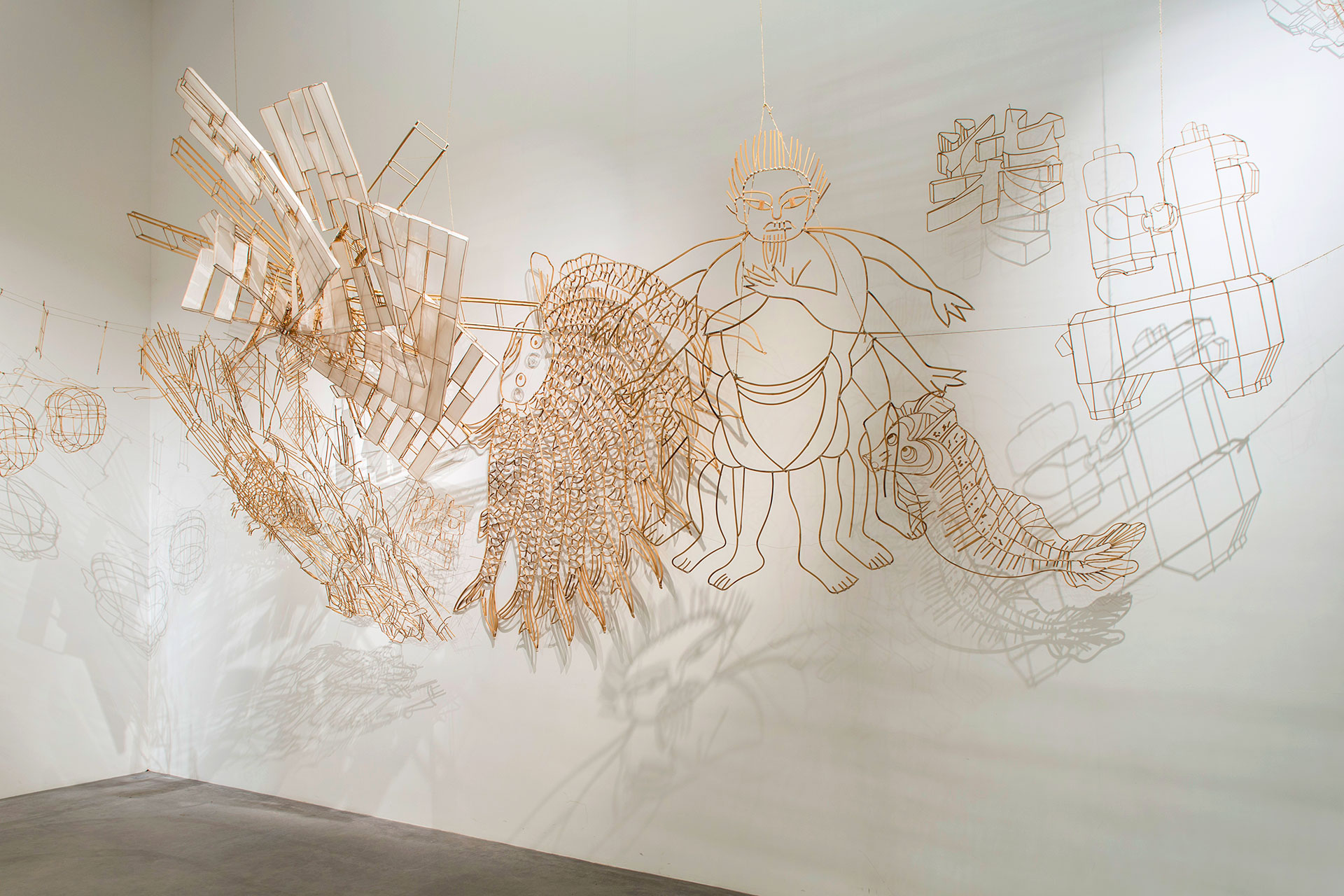 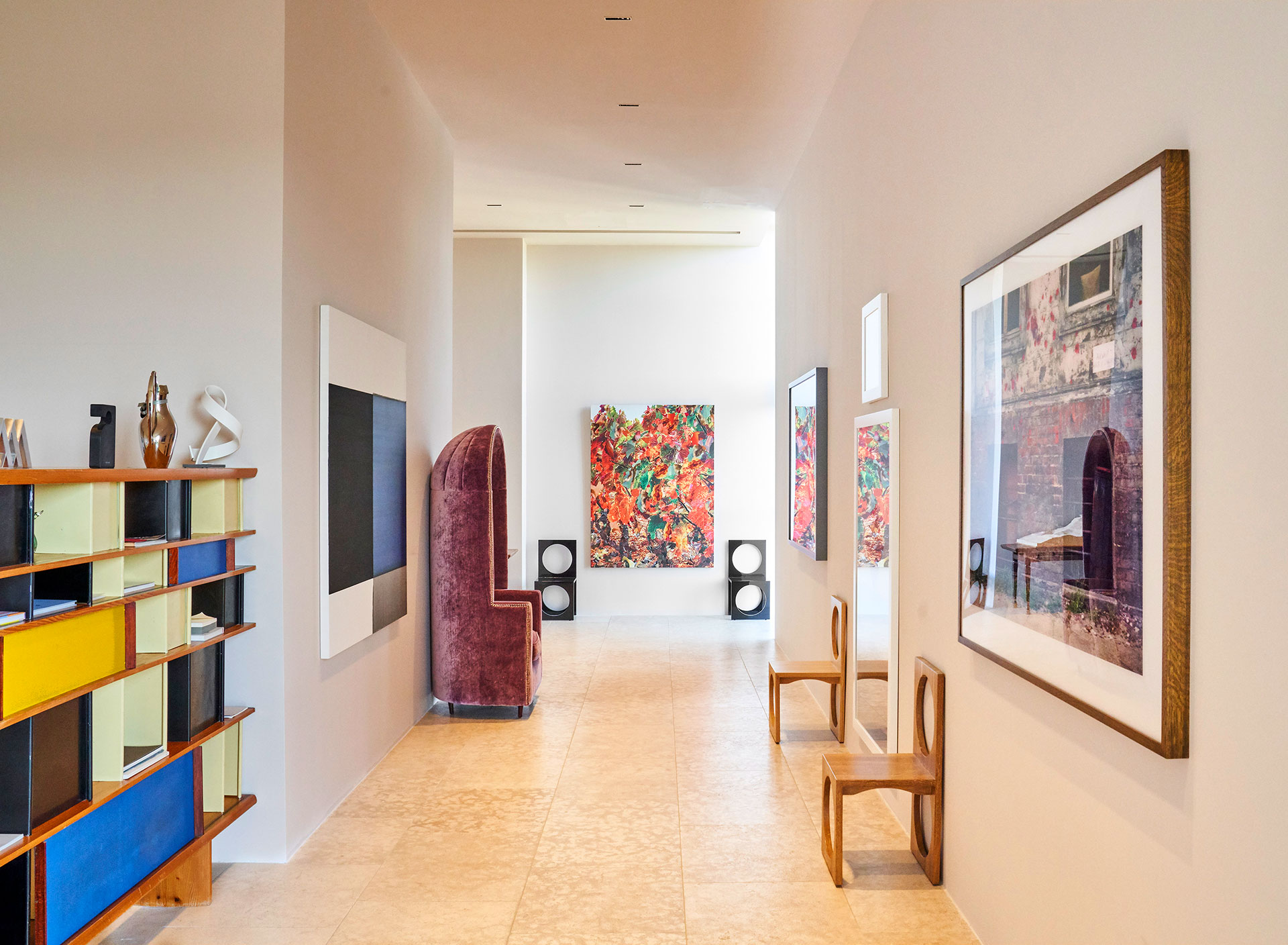 Despite the legendary artists, wine is still the underlying focus at Château La Coste, which produces organic reds, whites, and rosés. But of course, as soon as this place was acquired by Patrick McKillen, it was destined for another type of vintage. Always an enthusiast, McKillen has long had friends with massive names in the creative worlds. When the estate needed new wine cellars, McKillen called on a certain Jean Nouvel. “I thought it would be rude not to ask the greatest French architect,” commented McKillen. Nouvel’s chai à vinification are two massive, bright silver cylinders connected underground where grapes are harvested and bottles stored.

It’s a good example of the way that the art here feels inextricably connected to the property. McKillen’s vision was to transform Château La Coste estate into a playground for artists and architects. “If you had a huge property and you collected art, you could just buy things, put them there and they would remain assets as well,” explained Daniel Kennedy, the estate’s art manager. “But here, these works are integrated into the landscape, like Ai Weiwei’s path [a winding stone pathway that connects two older routes on the property]. It’s very hard to take these things out of the site – that’s not the idea. We never wanted to do that.”

Some of the works here were already owned by McKillen. Alexander Calder’s steel mobile was one, an overwater sculpture now outside the large building that serves as welcome center and restaurant. “I wanted it somewhere out in a space, not locked up in a basement,” reiterates McKillen, on the functional way the art works at La Coste. “So I brought it here.” Other works were solicited — and for that, McKillen dusted off his address book. Louise Bourgeois was one of the first asked. Although her famous spiders were so far reserved for museums, McKillen’s pitch to place it above water and complement it with work from minimalist Japanese architect Tadao Ando convinced her to bring one here. Today, we can admire the sculpture dabbling in the shade of the glass and concrete walls of the Tadao Ando–designed art center.

After years of commissions and aggregation, the estate opened to the public in 2011. Some five years later, another priority was added. Visitors could now stay overnight at the newly opened, highly luxurious hotel on the property: Villa La Coste. McKillen himself supervised the design, and chose the works of art that adorned it. The 28 suites and villas occupy an imposing stone structure that overlooks the vineyards. Surrounded by gardens and flowers, each has its own courtyard and private terrace with views over the vineyards. Larger suites feature their own pools and dining areas. 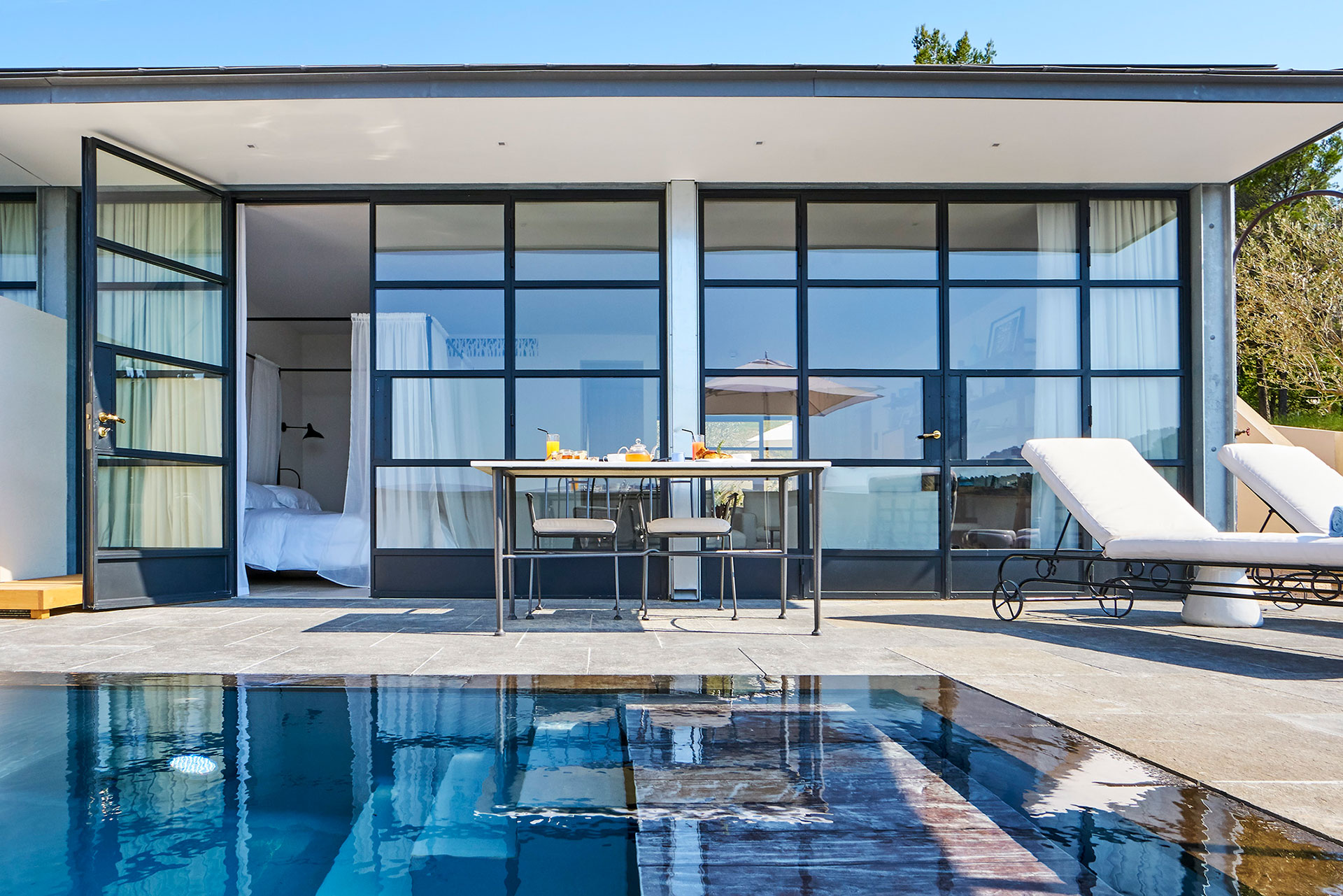 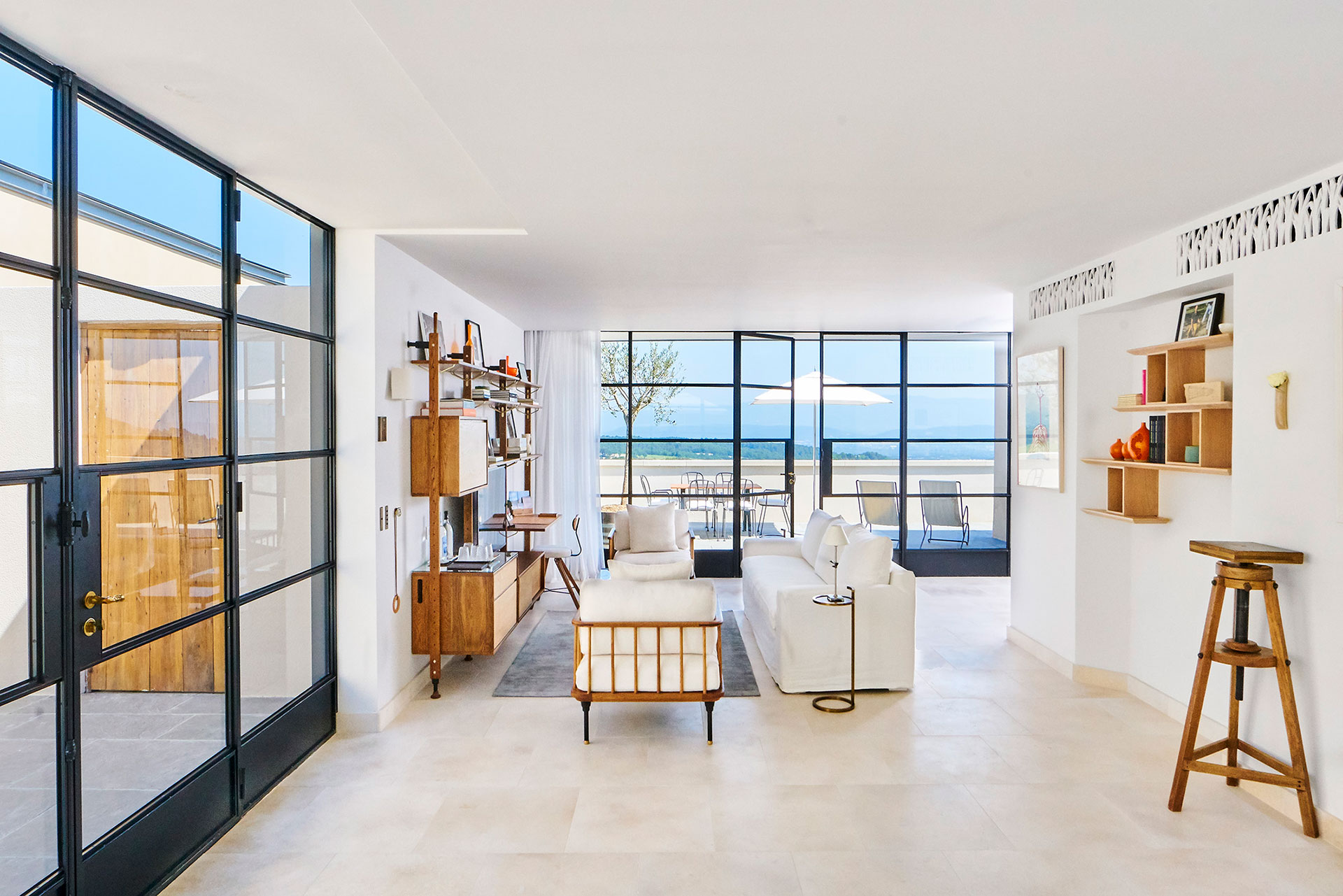 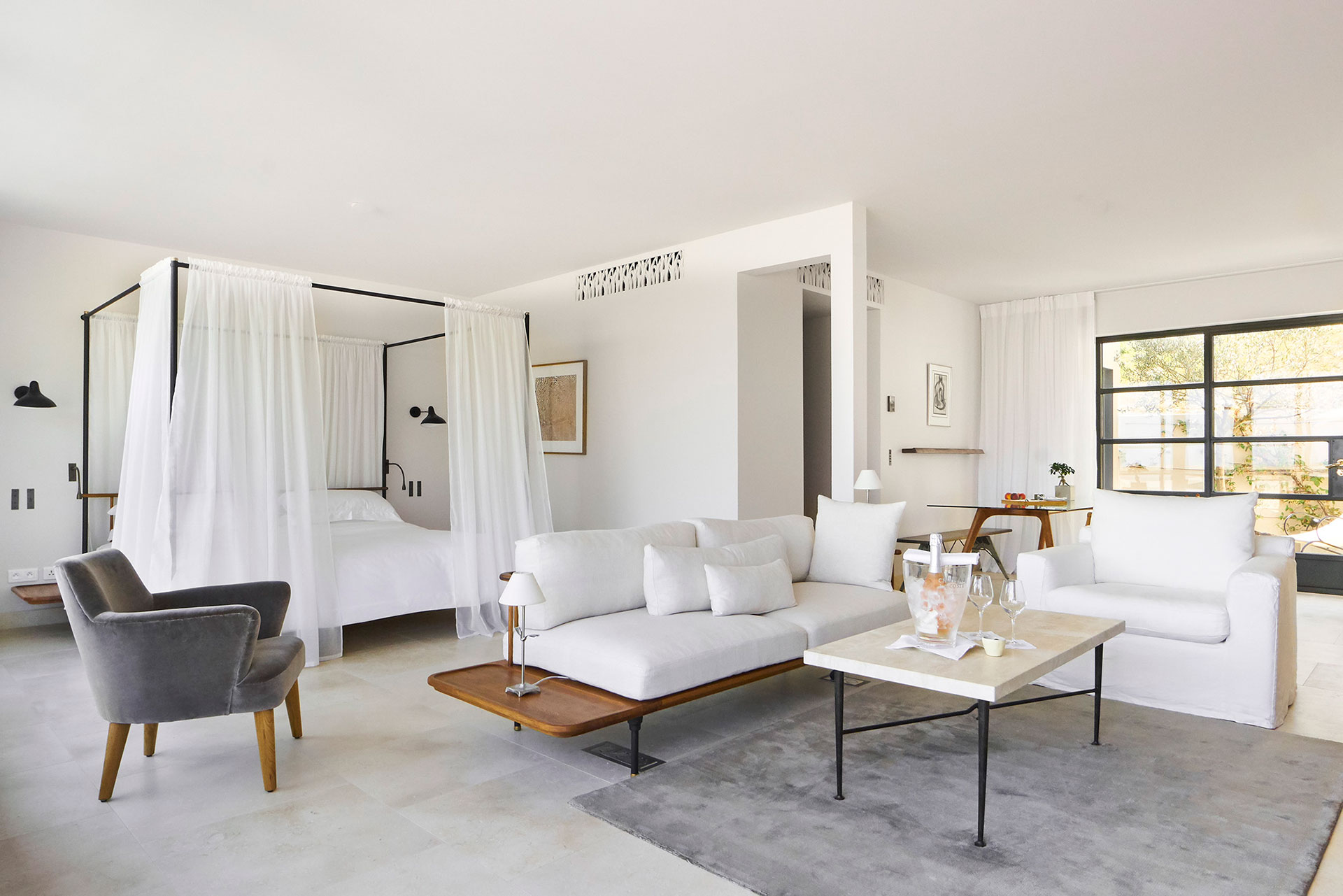 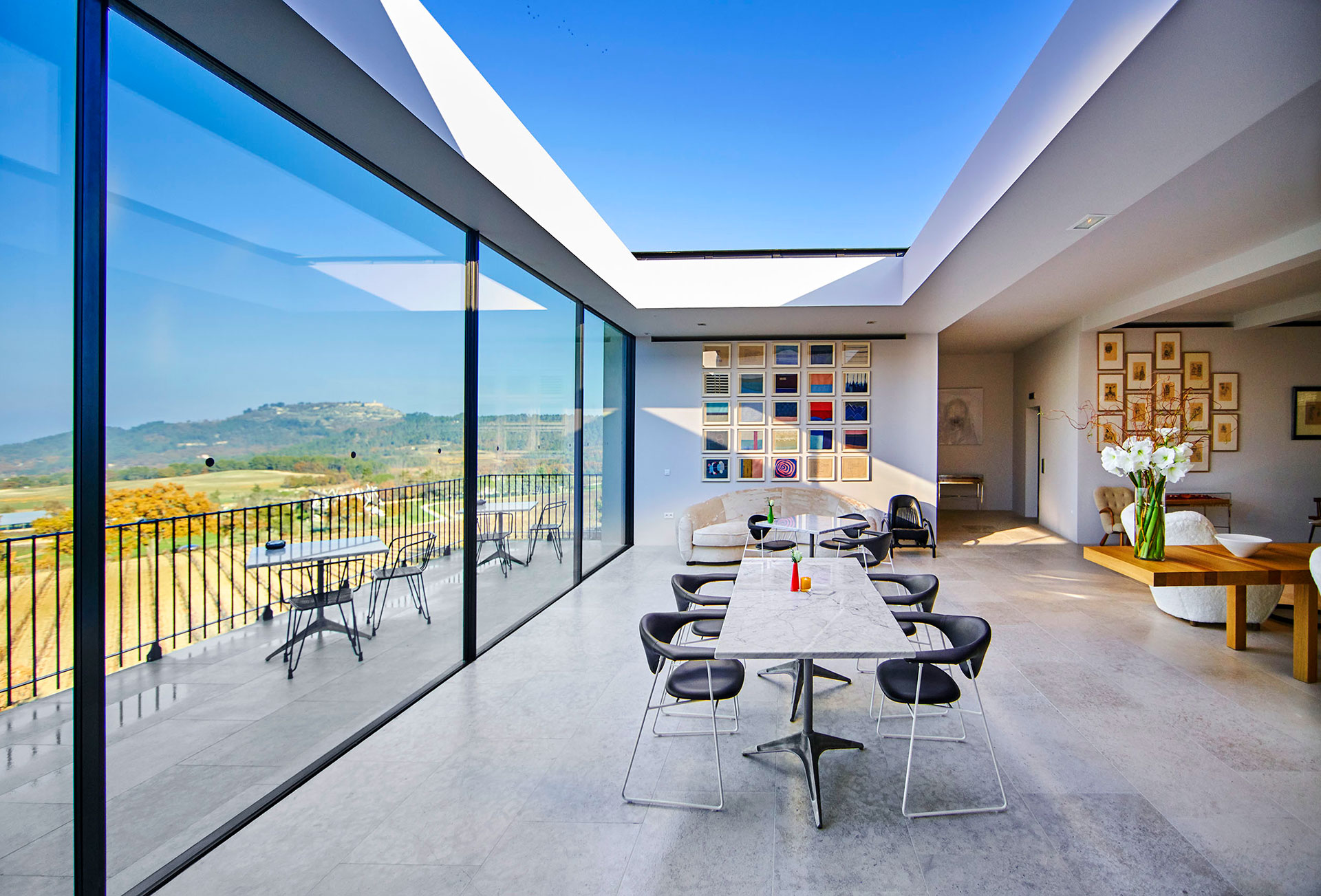 Inside the hotel, the style is smart and unsurprisingly well-considered. Bespoke pieces by Vietnamese design company District Eight do nicely for furniture, and complement a scattering of original works by the artists featured on site. Minimalism is the order of the day, though. Besides the lobby — where Jean Nouvel’s massive wooden table is topped with a giant stainless-steel sculpture by Tom Shannon — bigger pieces are left mostly to the rest of the estate.

Other pleasures go without saying. The hotel’s fine dining restaurant, named for its chef, is Hélène Darroze at Villa La Coste, and has already been awarded a Michelin star. An Argentinian restaurant by the acclaimed Francis Mallman marks another offering, as well as a café restaurant designed by Tadao Ando in the Art Centre. A gorgeous spa stays open seven days a week, and of course you couldn’t have better access to the art, architecture, and wine that draws day guests from around the country.

It’s all a carefully crafted vision from McKillen, who has, in a sense, been working his entire life towards this. “I’ve never bought art for investment reasons, never in my life,” he once said. “There’s nothing worse than keeping something in a cardboard carton,” hidden from view. At Chateau La Coste, he’s put everything on display. ▪ 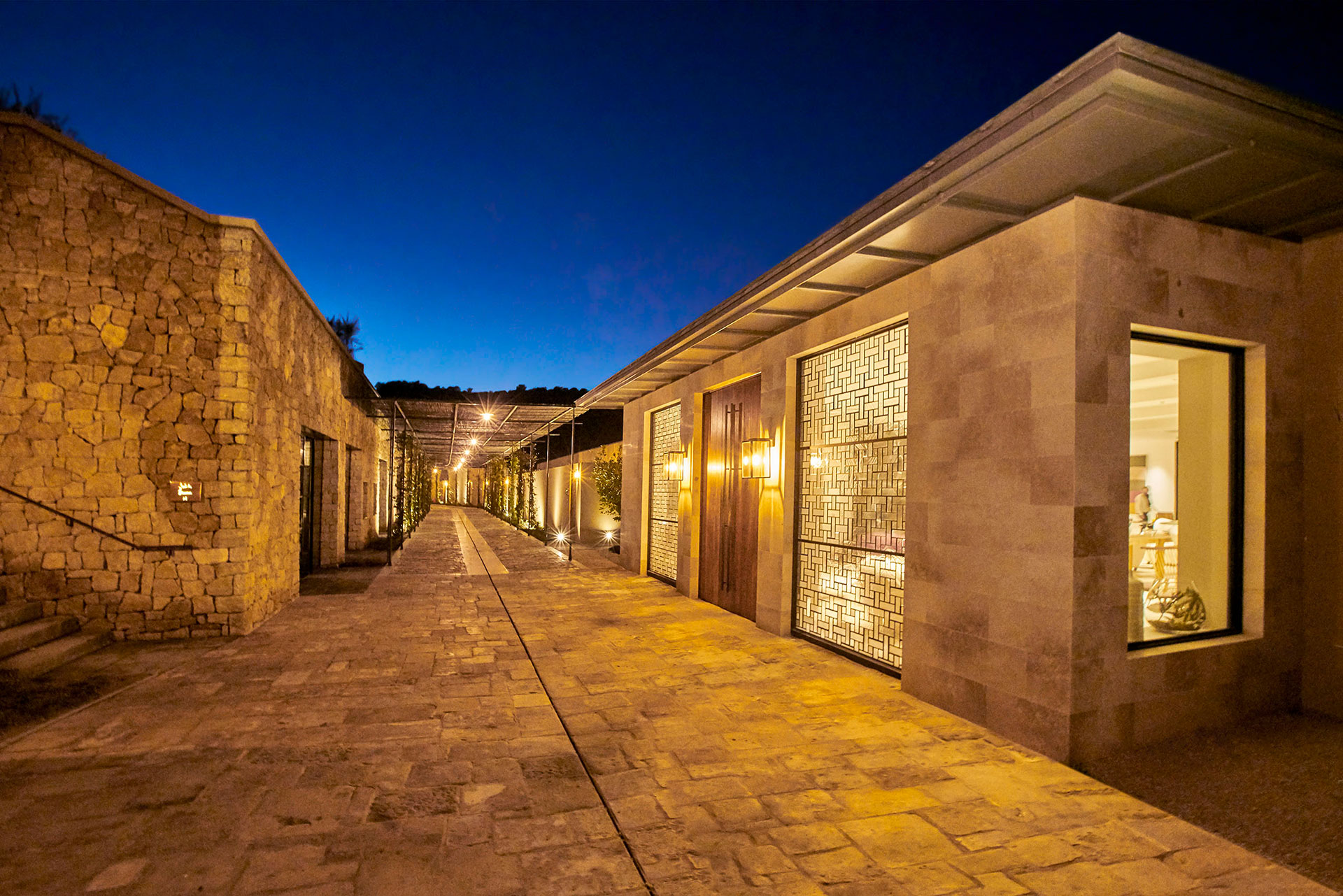