Tuscany’s castle hotels operate at their own smooth speed. They’re fortifications, to be sure, but like seemingly everything else in the region, they also exude style and serenity.

Castles come in all shapes and sizes, and can look like everything from a pristine Disney fairytale to Winterfell after the White Walkers. In between are all manner of manors, the only consistency being that they were all once private residences, built to house the handsomely titled, and fortified against attack. Thankfully, Tuscany has turned some of them into hotels.

You’ll see familiar features in the hotels below, from towers and turrets to keeps and crenellations. But in true Tuscan fashion, these castles appear quite a bit more livable than many of their medieval brethren, and just as concerned with comfort and aesthetics as they are with obstructing an onrushing army. No surprise, then, that some of them spent part of their past lives as monasteries. 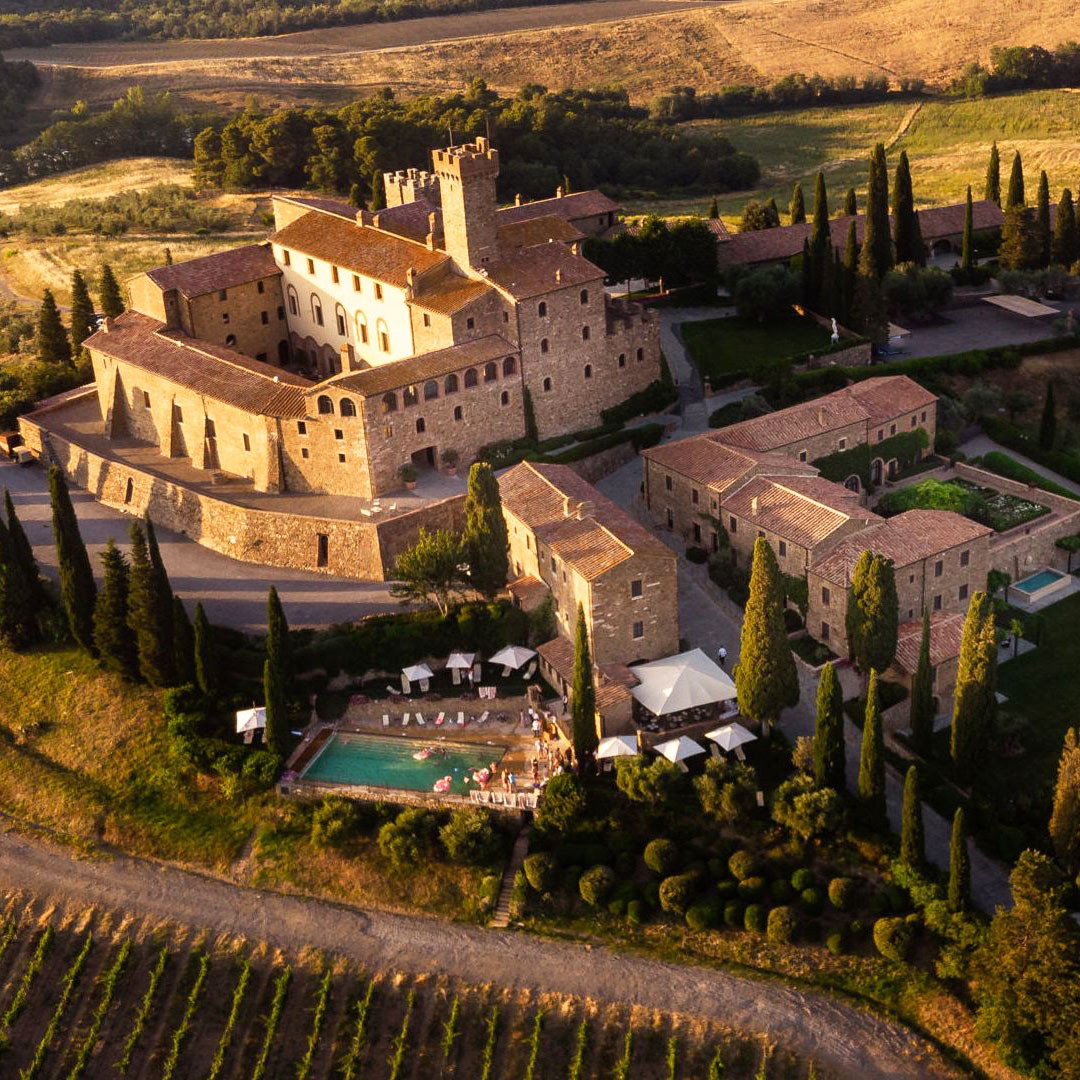 At Castello Banfi il Borgo, the 14-room boutique is only the keep to this Tuscan castle-on-a-hill — the castello is the headquarters of the working wine estate, while the borgo is the boutique hotel that’s been fashioned from the adjoining village buildings. If the property ended at the sandstone walls, it would still be a must-visit. Thankfully, there’s also the small matter of a seven-thousand-acre vineyard, sloping gently down from the fortress to meet the surrounding valley. 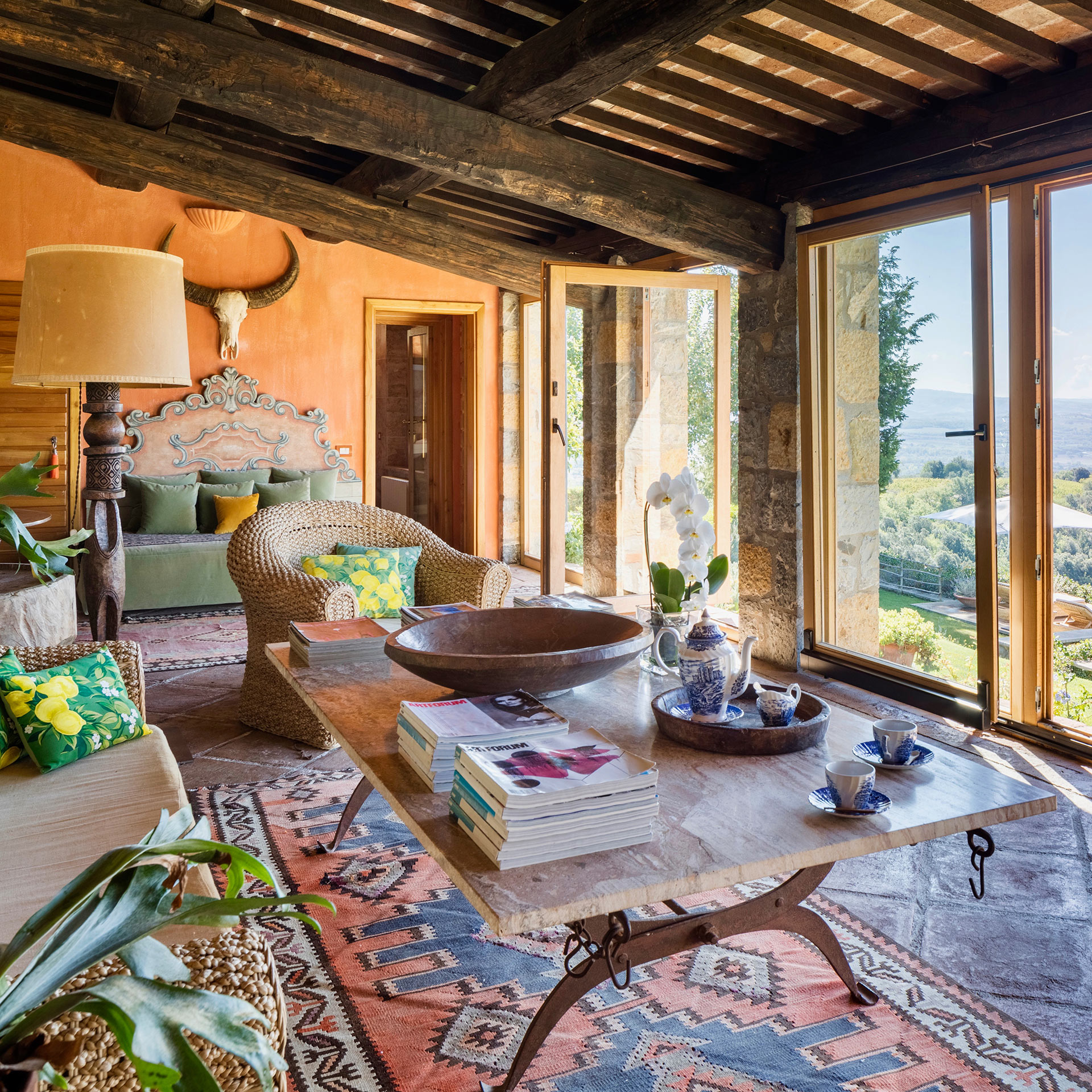 It’s a testament to what’s special about Tuscany that it’s still even possible to find a part of it that’s not saturated with tourism. Perched on a hilltop surrounded by gently rolling hills, the Castello di Vicarello is one of these places — an authentic 12th-century castle, converted into a charming country house boutique by a couple of fashion types who moved down from Milan in search of the quiet life. 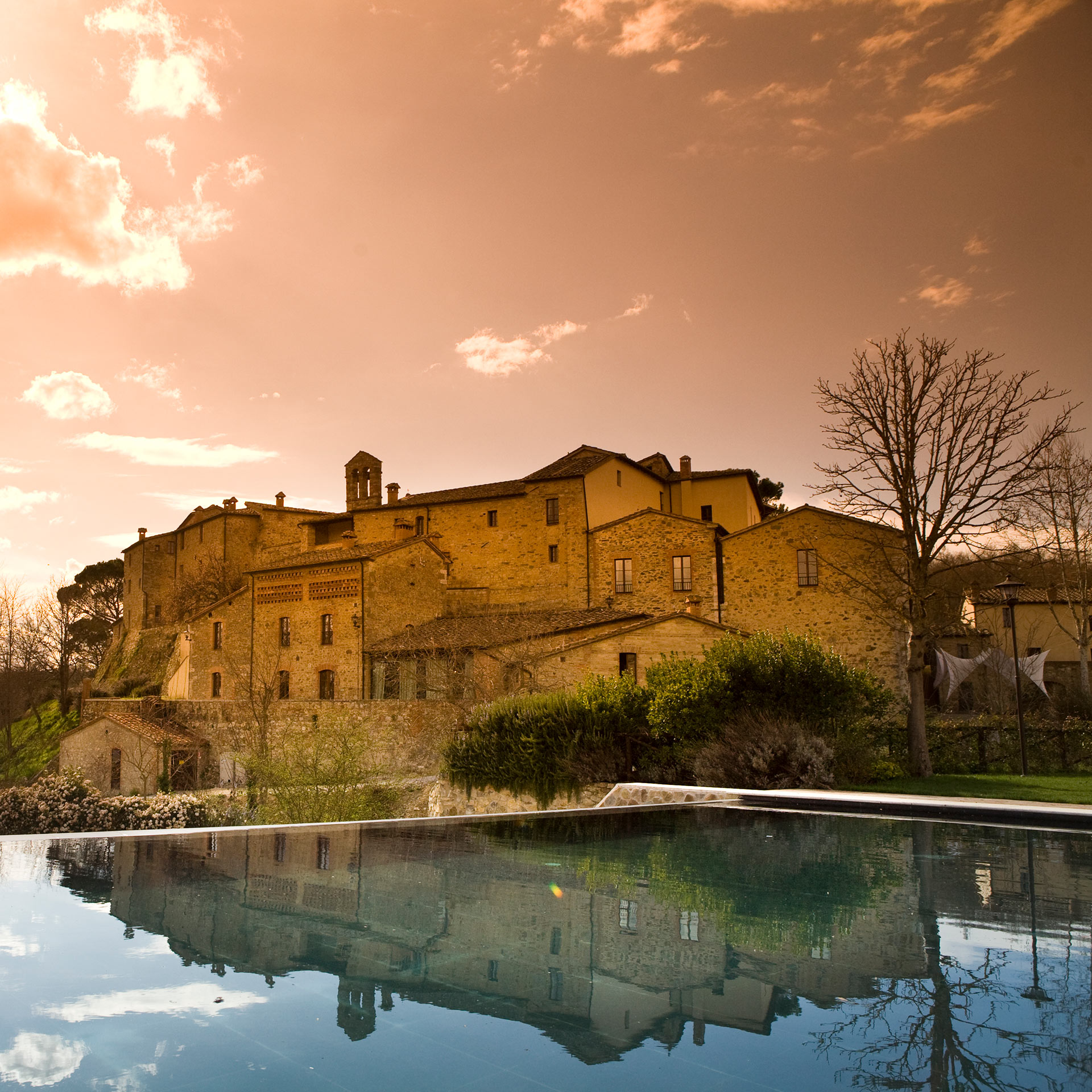 Castel Monastero began life as a castle and eleventh-century village. Then it became a monastery, complete with an incredible Chianti cellar. Now, roughly a thousand years later, it still sits magisterially on a hill, a high-end luxury hotel, one placed close to Siena, far from most everywhere else, and absolutely worth a detour. As you’d expect, given such a pedigree, there are vaulted ceilings, rough-hewn stone walls, broad beams, and vineyard views galore. 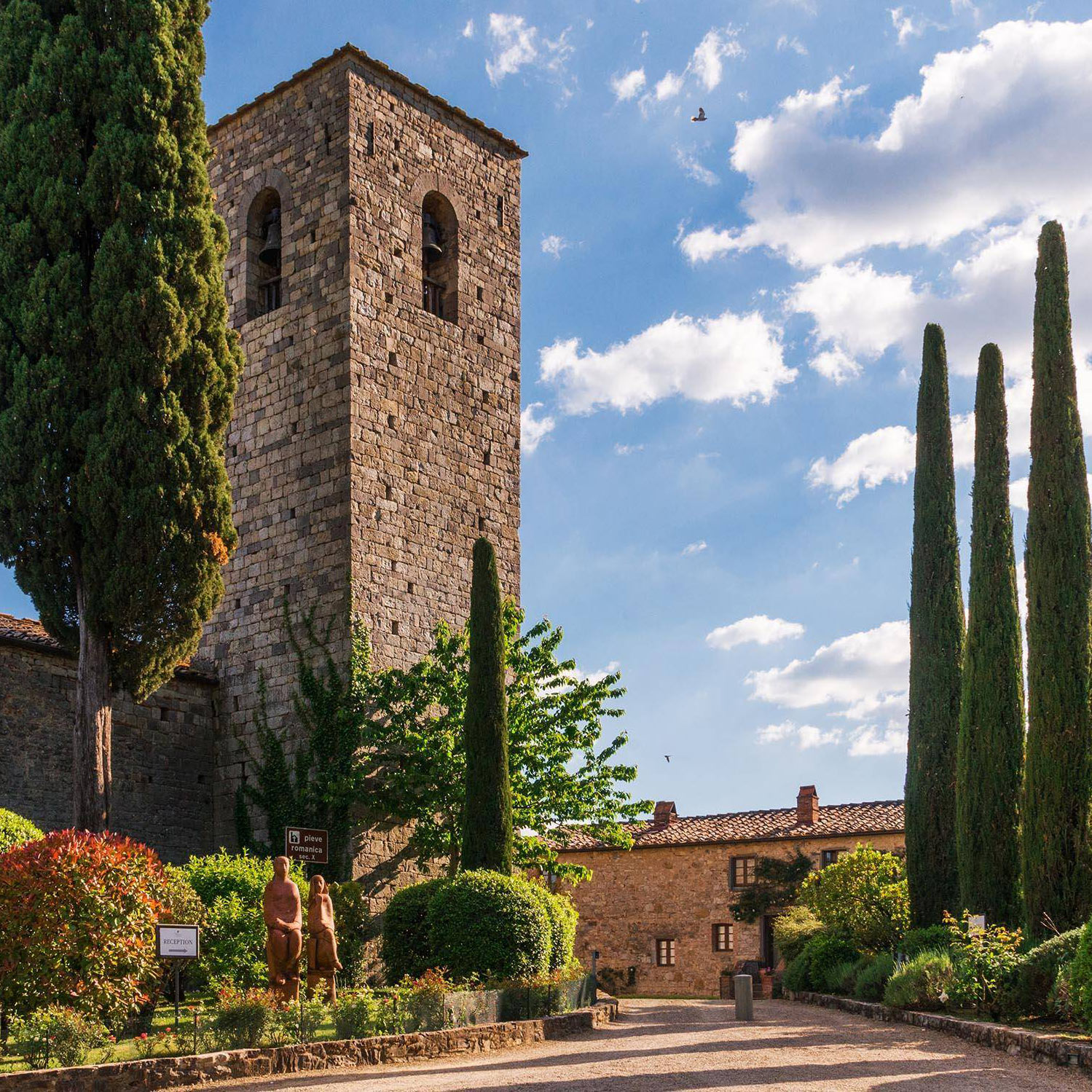 Only in Tuscany do you have to specify exactly which thousand-year-old castle-turned-boutique-hotel you’re talking about. Castello di Spaltenna, in the heart of the Chianti wine country, was a monastery first, then a castle, and now it’s a fairly expansive resort-style hotel whose 37 rooms are spread between the medieval castle building and a couple of outbuildings. A spa, two pools, and plenty of space to roam are among its attractions; as is the wine cellar. 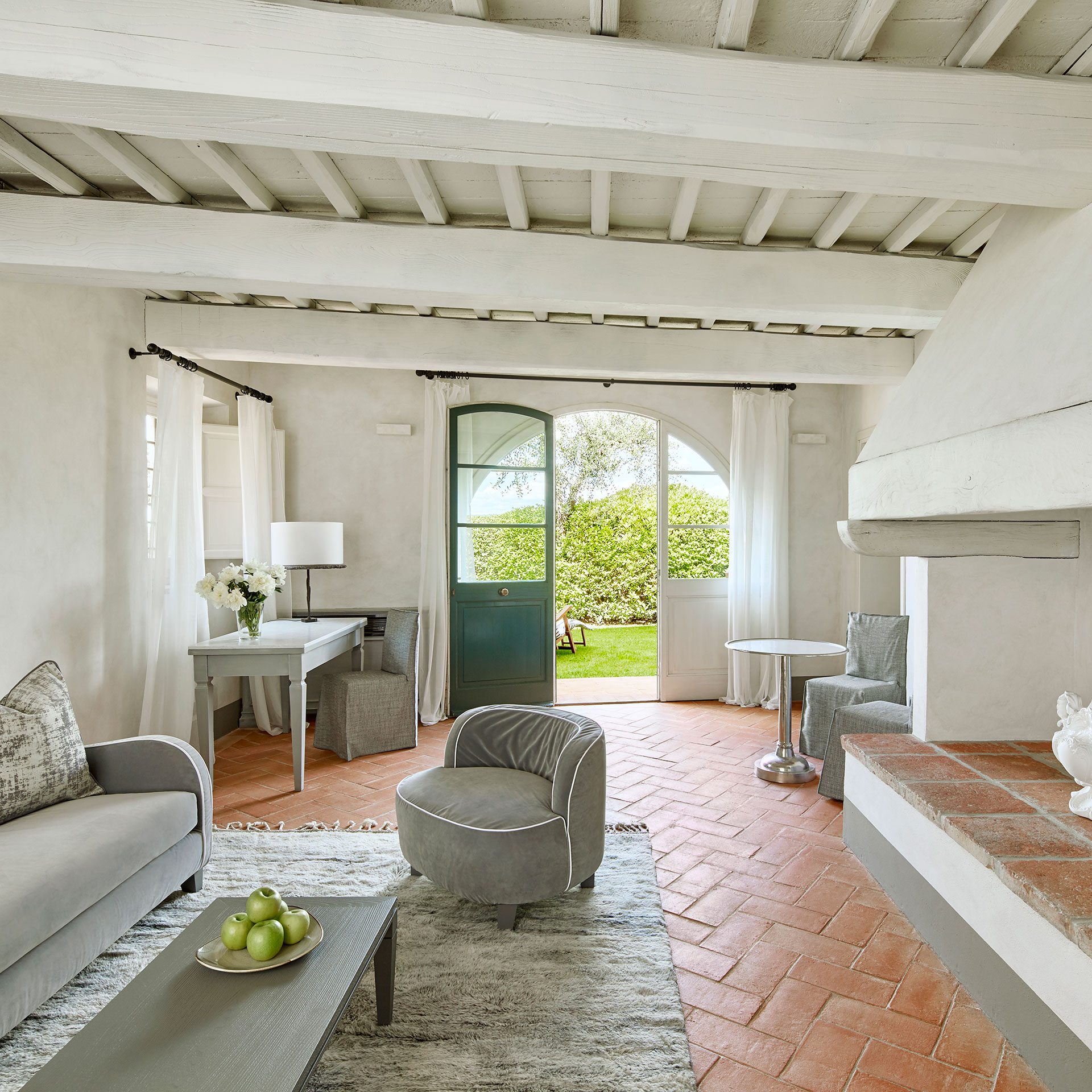 The castle of Castello Del Nero comes with a prominent history: once the property of the Del Neros of Florence, it’s been owned by the Torrigiani family since 1825. Today, its fifty guest rooms and suites are filled with imposing architecture, Renaissance paintings, family crests, and perfectly proper furniture that all call to mind the historic Italian nobility, and the olive groves covering the sprawling estate grounds set the perfect scene. 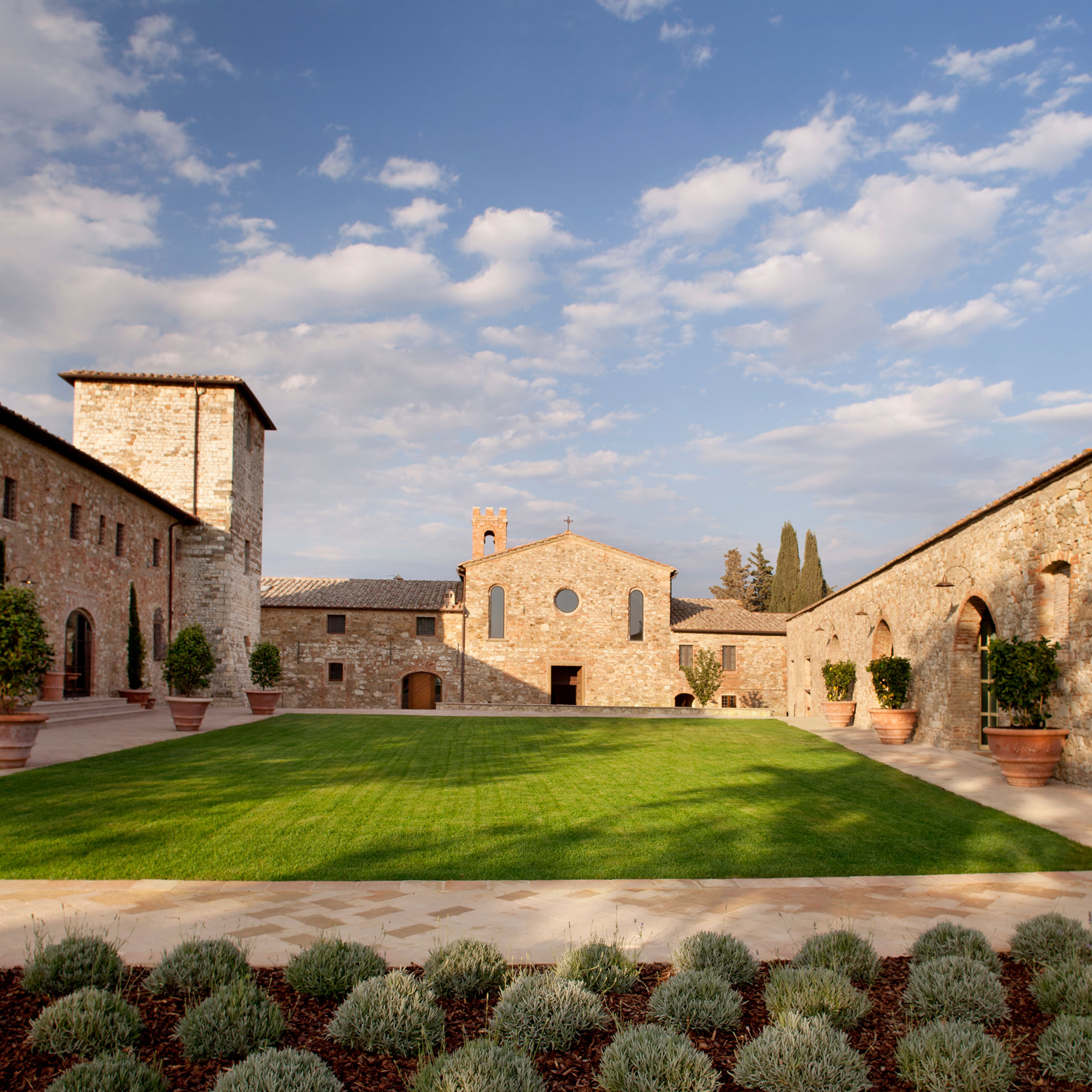 Hotel Castello di Casole stands on the site of a thousand-year-old aristocratic estate, the fruit of years of meticulous restoration by an army of architects and designers. It’s a restoration that was rigorously historical where it could afford to be, and yet wasn’t afraid to take some very welcome liberties — the atmosphere is timeless, classic Italian country living, which is only enhanced by the addition of modern marble baths and up-to-date electronic amenities. 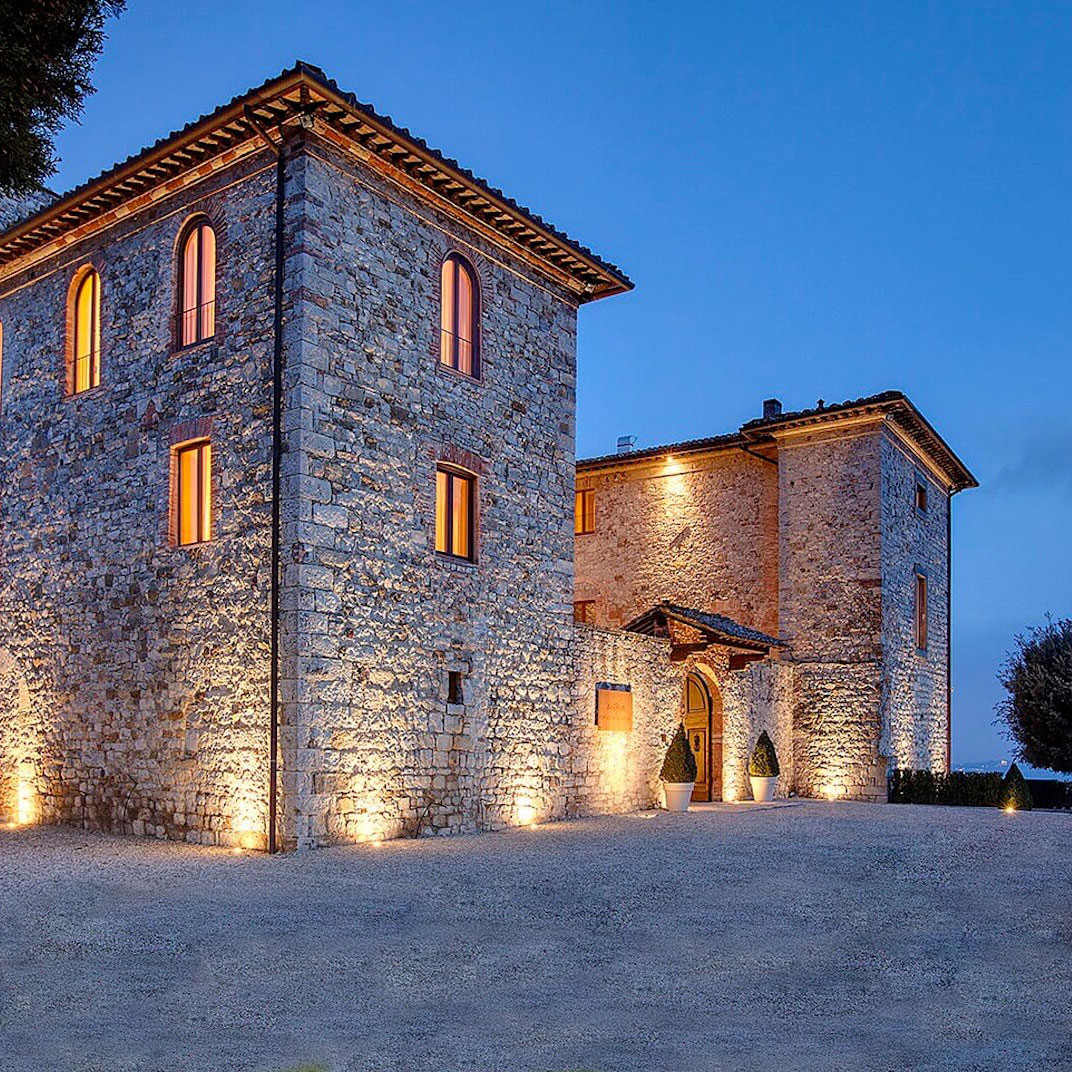 From Castello la Leccia hilltop perch you can see as far as San Gimignano and Siena, looking out over countless wine estates, starting with the hotel’s own organic vineyard. The medieval-era castle and its outbuildings contain a mere 12 rooms, whose interiors are as contemporary as the exteriors are classic. The estate produces not only wine but olive oil as well, and in addition to an outdoor pool with a panoramic view there’s a “zero-kilometer” Tuscan restaurant.