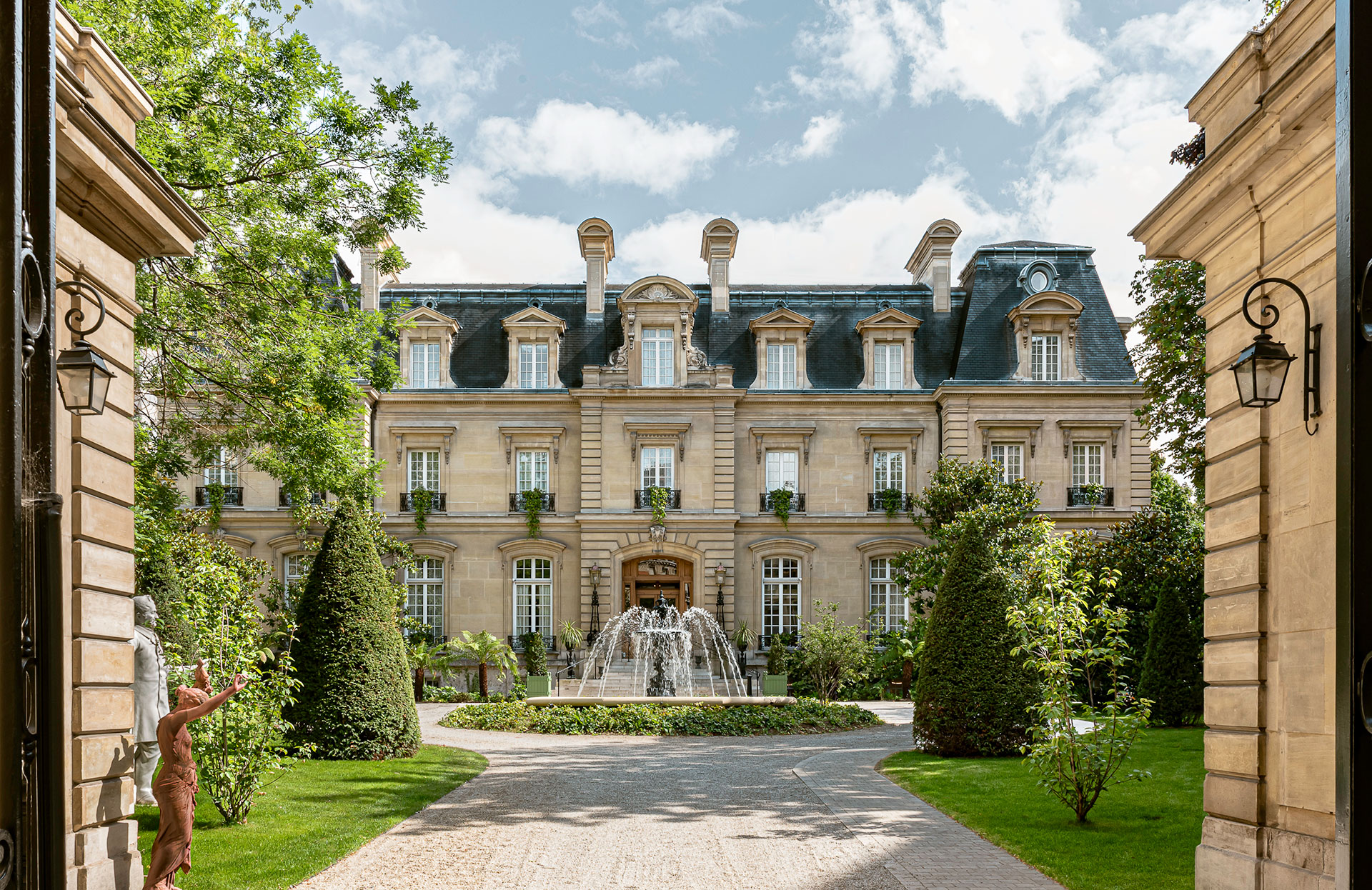 We’re most intrigued by hotels that have distinguishing features — some set of singular traits that separates them from all the rest. A hotel like the Saint James, then, really gets us excited. It’s the only hotel of its kind. The only hotel in Paris that fits the definition of a classic, country-style château.

If you were a French aristocrat at the end of the 19th century, and you set out to build a house for your vineyard, it would look just like the Saint James. And that’s basically what happened. In 1892, a late president’s widow decided this would be her stately ode to her husband. The neoclassical façade is the jewel, but it’s the gardens — and the 5,000 square meters of green space — that make the setting. There are posh little mansions on gorgeous grounds all across the French countryside. This one’s just down the street from the Arc de Triomphe.

Even set in the city, there’s a sense of the country here. An emphasis on tranquility, on slowness. “We want to be an oasis of nature inside the city,” says Nicolas Egloff, who’s worked at the hotel for 17 years. He knows the ins and outs of his hotel’s French history intimately, and there is plenty. But these days, what’s first on his mind is the brand new design that’s transformed the estate. After a recent renovation, outlying concrete on the grounds has been removed to make room for more lawns and stone. The interiors have been radically transformed from their burgundy red concept to a new idea entirely, one that celebrates the architectural and design evolution of the city.

But dress up the inside however you want — the appeal remains the same throughout the eras. “Most of the clients are people who come,” says Egloff, simply, “because it’s a château in Paris. What’s more romantic?” 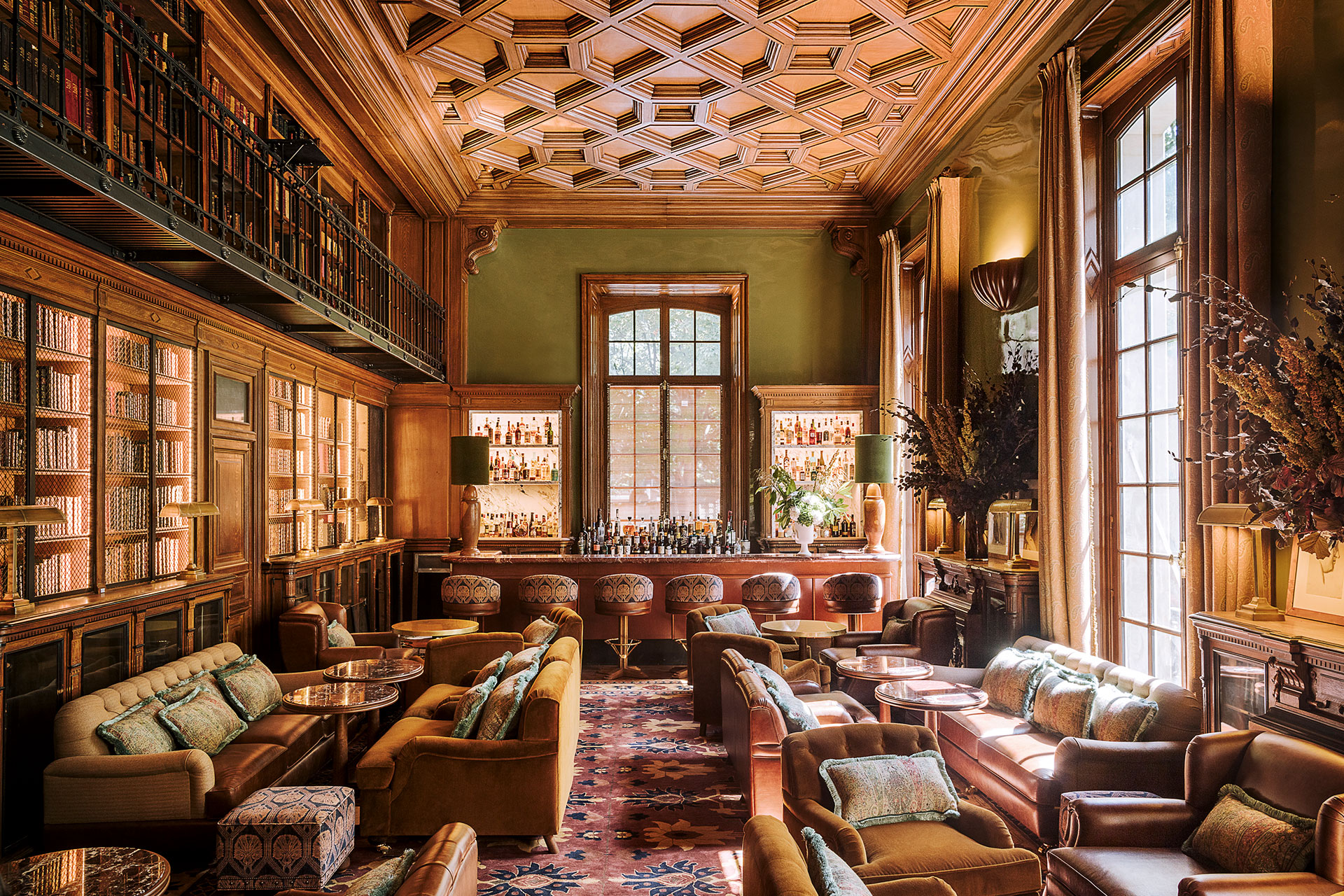 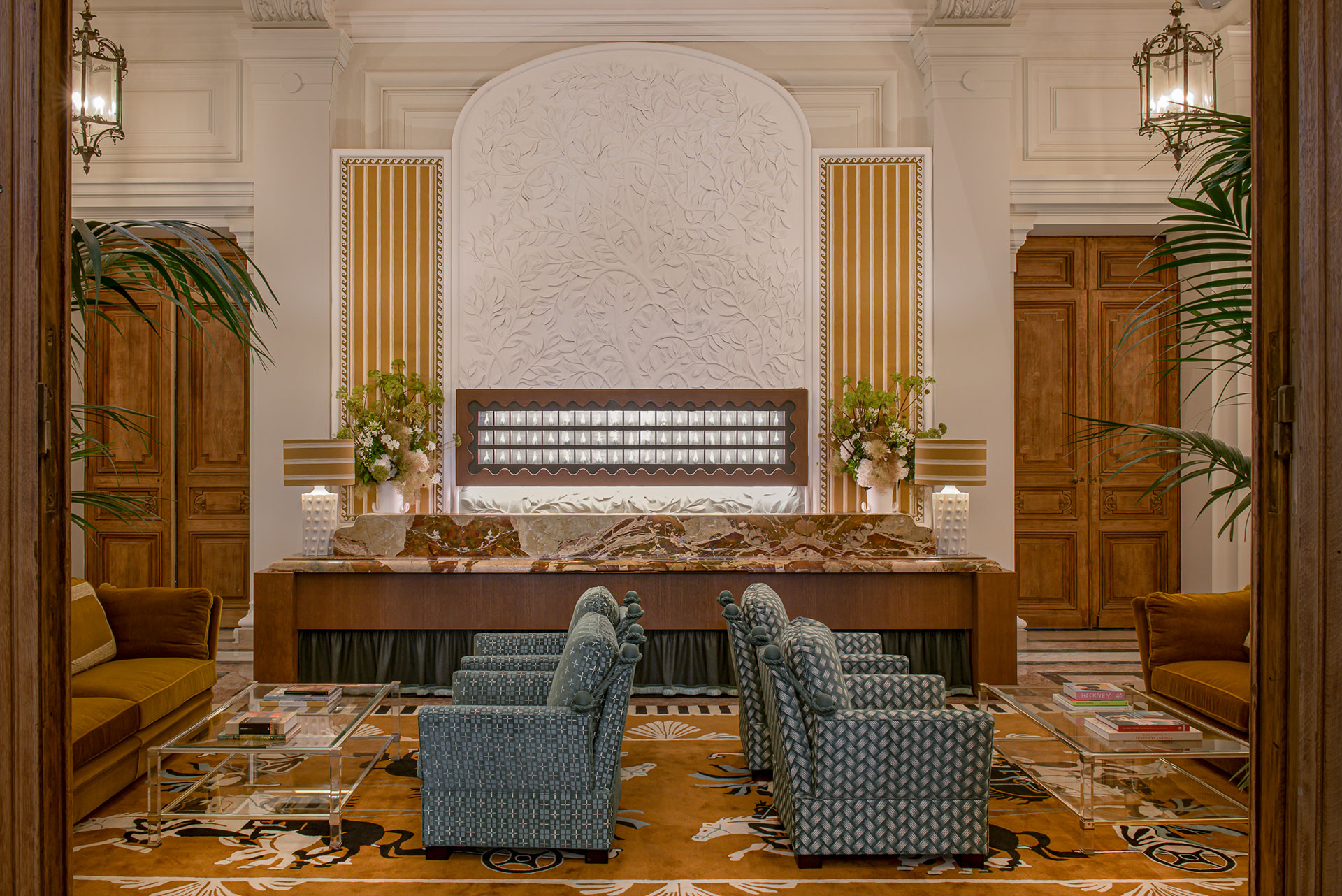 The 16th arrondissement is not the trendy Marais. It’s not where you’ll stumble into a romantic café haunted by the ghosts of Hemingway or Joyce. Something like the residential blocks of New York’s Upper East Side, it’s a relatively new area by Parisian standards, one that spent most of its tenure empty, with open fields the site of hot air balloon arrivals and departures.

The site of the Saint James was once an empty space for those balloons. Then, for nearly a hundred years, it hosted university students on scholarships, through the foundation of the president’s widow. By 1985, the historic building was deteriorating — but the owner of the Saint James Club in London saw something in the privacy of the walled mansion. It fit his famous club’s modus operandi, a private place for members to stay when they went across the Channel. He opened it to members only.

In 2021 the building is still a private club. But the particulars of the neighborhood gave its owners the opportunity to welcome hotel guests as well. The 16th is an exclusive neighborhood, and most of the club’s local members tend to live nearby. They use its facilities and then return to their homes, rather than commuting back to the suburbs as they might at the club’s counterpart in London. This meant the overnight rooms mostly stayed empty — so the owners opened the building to hotel guests only four years after purchasing it. In the end, it’s hardly less private. With the exception of the spa, Saint James Paris is closed to the public during the day. But as long as you have a room, you’re a member. 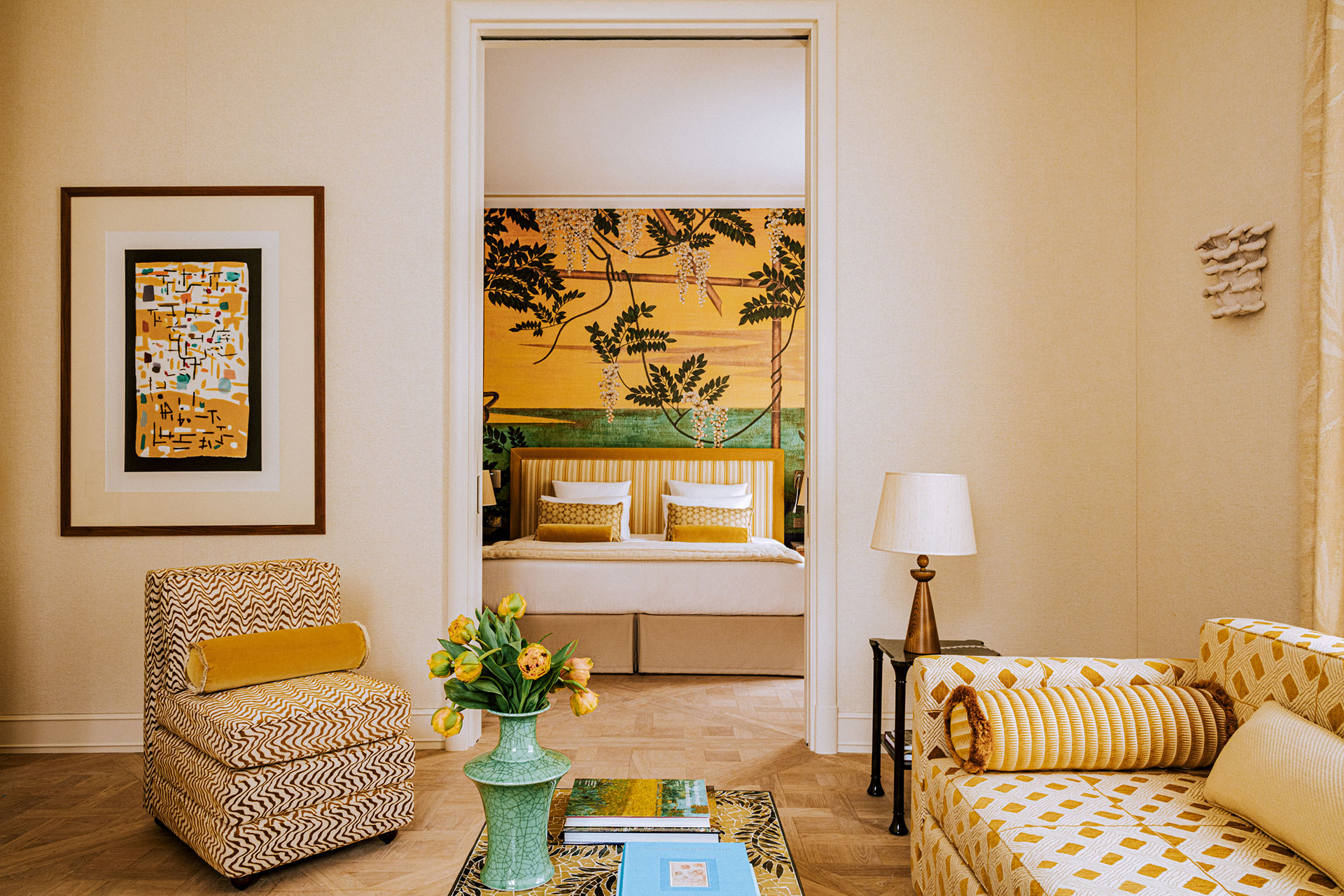 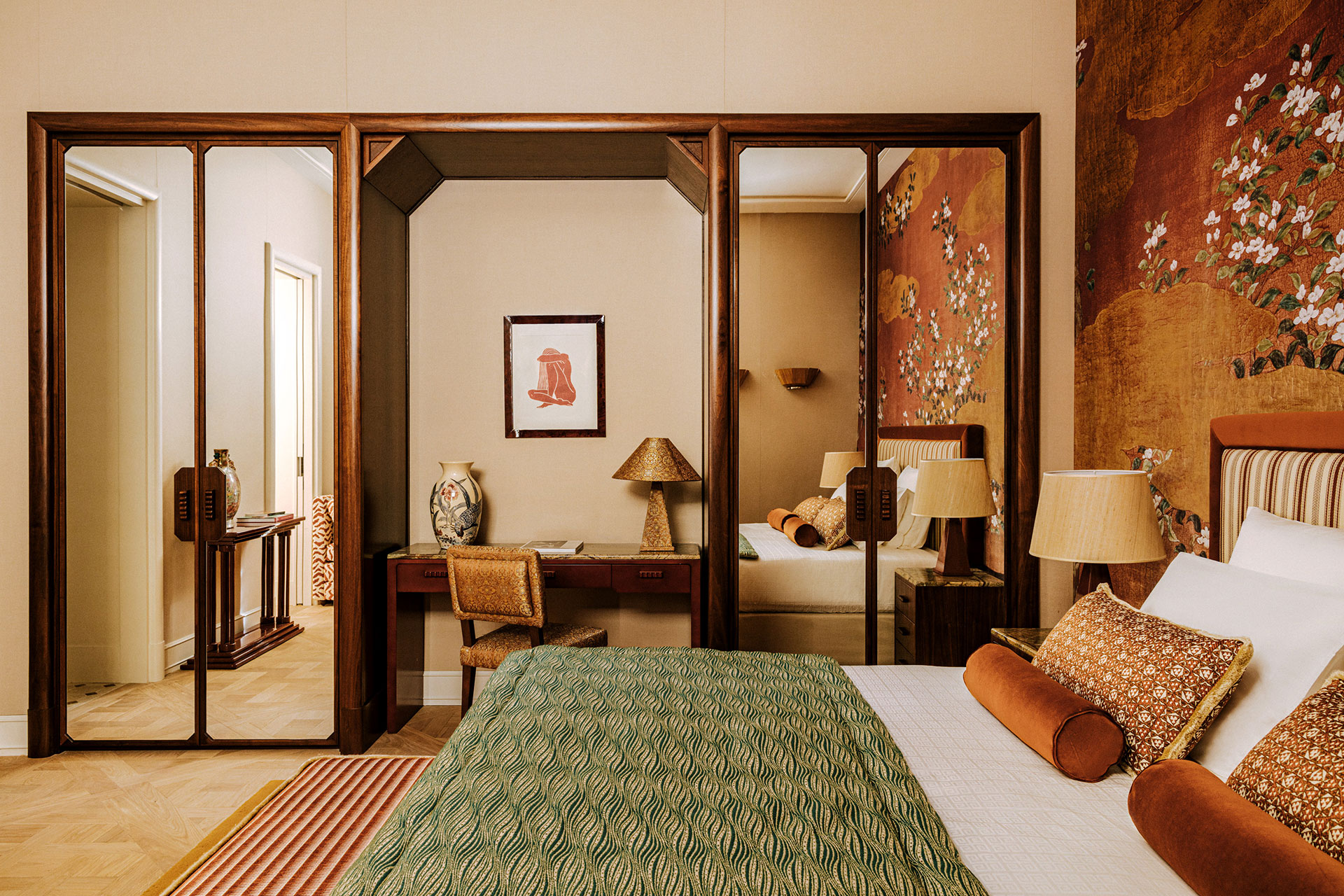 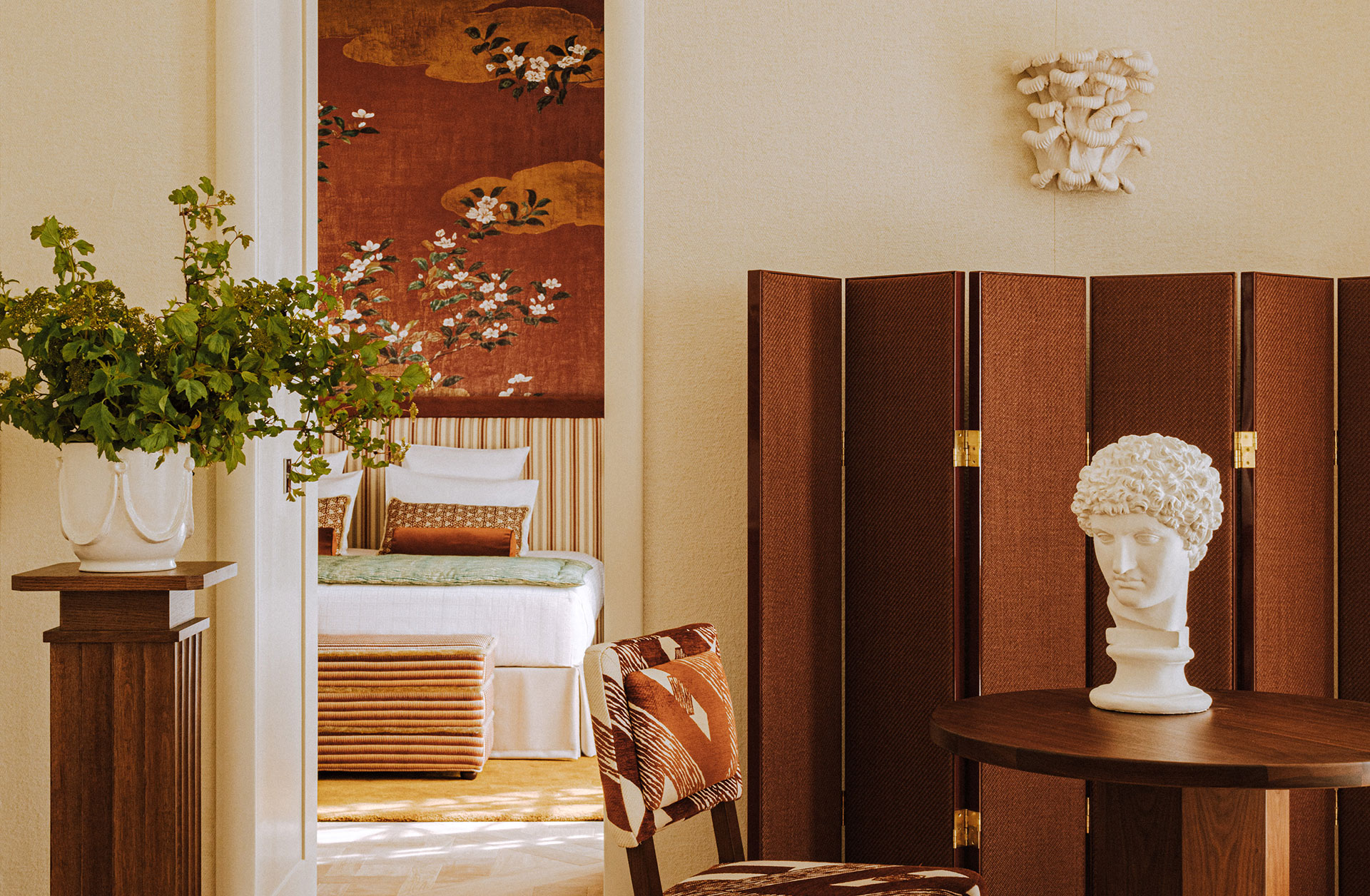 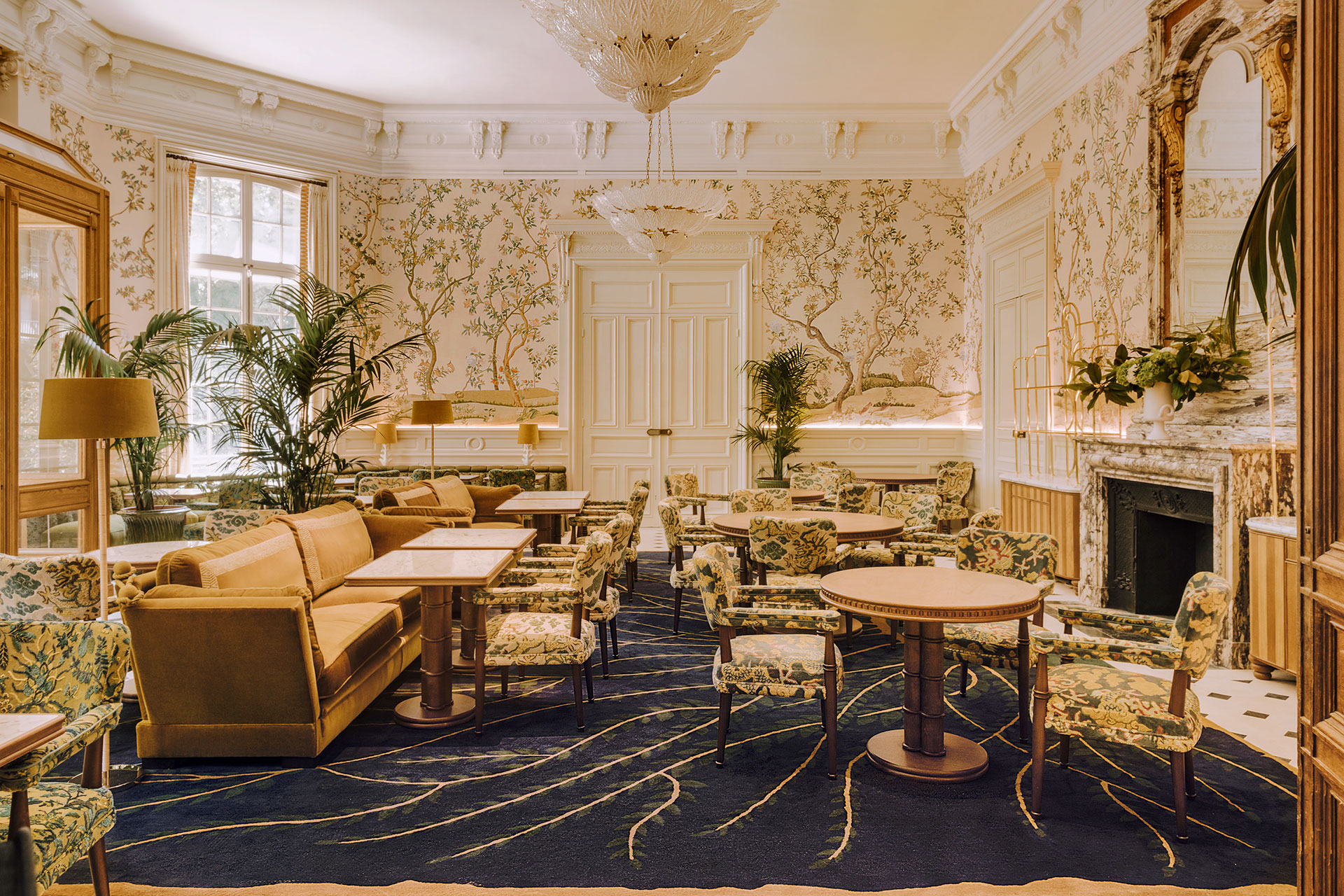 The last iteration of the hotel incorporated the historic hot air balloon era as a major stylistic theme. No longer. Whereas the Saint James looked before like the eccentric family home of a 19th-century Parisian family, the new designer, Laura Gonzalez, set out to embrace the full story and evolution of styles in Paris, and to bring nature into the building at every turn. The Greco-Roman details of the neoclassical building are inherent. The delicate floral wallpaper harkens to the Asian influence that swept through Paris in the early 1900s. Gone are the burgundy red and velvet drapes of the most recent era, replaced by cashmere and wool fabrics for the walls, and everywhere touches of Art Deco. Of the several room types, spaces range from 200 to nearly 1,000 square feet. If you can, look for a room on the top floor — they’re set under a glass roof, some with their own little winter gardens.

The large rooms and outdoor space make the Saint James a good choice for families, but the bulk of the clientèle come for the most evident theme: privacy. Celebrities, royals, rock stars, and honeymooners want to hide out here, in the country, in the city. Little paths take you around the garden, to the beehives at the sides of the property, to the pagoda, the outdoor bar, and the grand fountain at the center of the space. Gate houses provide private villa accommodations for those who want their own home on the grounds. A swimming pool is incoming and the gourmet restaurant, Bellefeuille, has Michelin Guide ambitions.

“It’s very rare to have a hotel surrounded by a garden in central Paris,” notes Egloff. “So we want guests to really take advantage.” And outside the walls, the rest of Paris awaits. On that, we’ll spare you the hard sell. 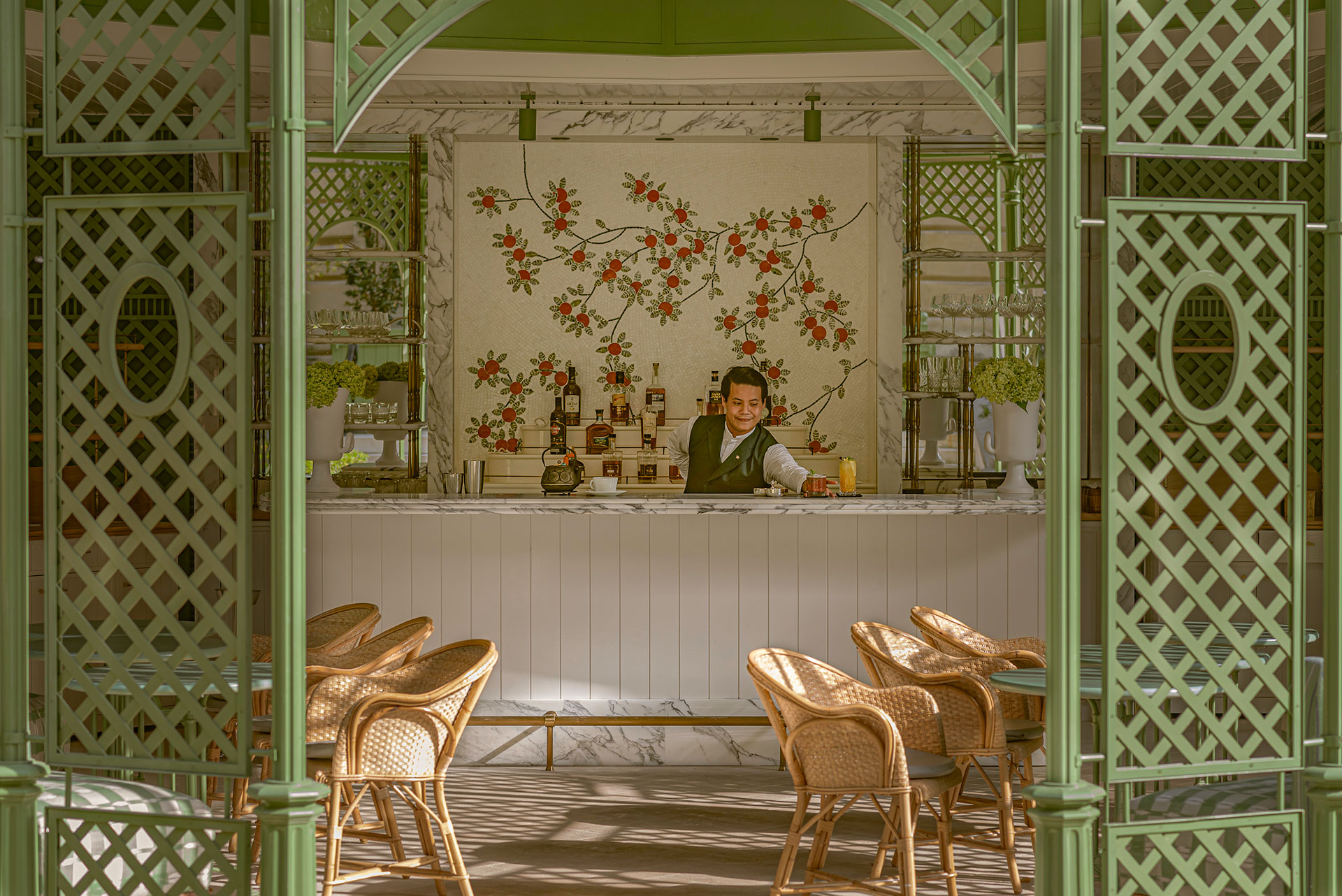