The Hoxton hotels are best known for marrying their East London industrial roots with the unique sensibilities of an expanding roster of hip, urban neighborhoods. They’re also known for sporting a lower price point than you’d expect from something so stylish and well-appointed. But if you look closely, you might see a third distinction: as much as any other hotel group, Hoxton represents the culmination of the thirty-year ascendency of the boutique hotel to the top of the hospitality food chain.

We talk a lot about how the boutique hotel forever changed the face of hospitality. Not only did the rise of the boutiques ensure there was a hotel to meet every taste, but it even caused the mega-brands to pivot their business models and launch “boutique” hotel chains of their own. The standard for what a good hotel should be has completely shifted — safe and inoffensive is no longer an acceptable corner to inhabit. Now you have to have some real personality, no matter how much you charge or how attentive your service.

But if every hotel is trying to be unique — even the ones coming off the assembly line of a multinational monolith — where does that leave the actual honest-to-god boutique hotels, like the Hoxtons? They’ve had to work harder to stand out, that’s for sure, and they’ve had to do it in ways the big chains can’t begin to match: by establishing an intimacy and connection with the surrounding culture, by being effortlessly cool and infinitely desirable, and by synthesizing three decades of wildly diverse boutique hotel styles and trends into one cohesive, enduring idea.

And that might be what’s most noticeable about the Hoxton hotels: that they’ve seemingly taken all the best bits of all the best boutique hotels that came before them and crafted a group of properties that appear poised to stand the test of time. They’re emblematic of what the quintessential boutique hotel looks like in 2020 — with the bar raised as much as it has been, that means something special. This is the new normal. And normal ain’t what it used to be. 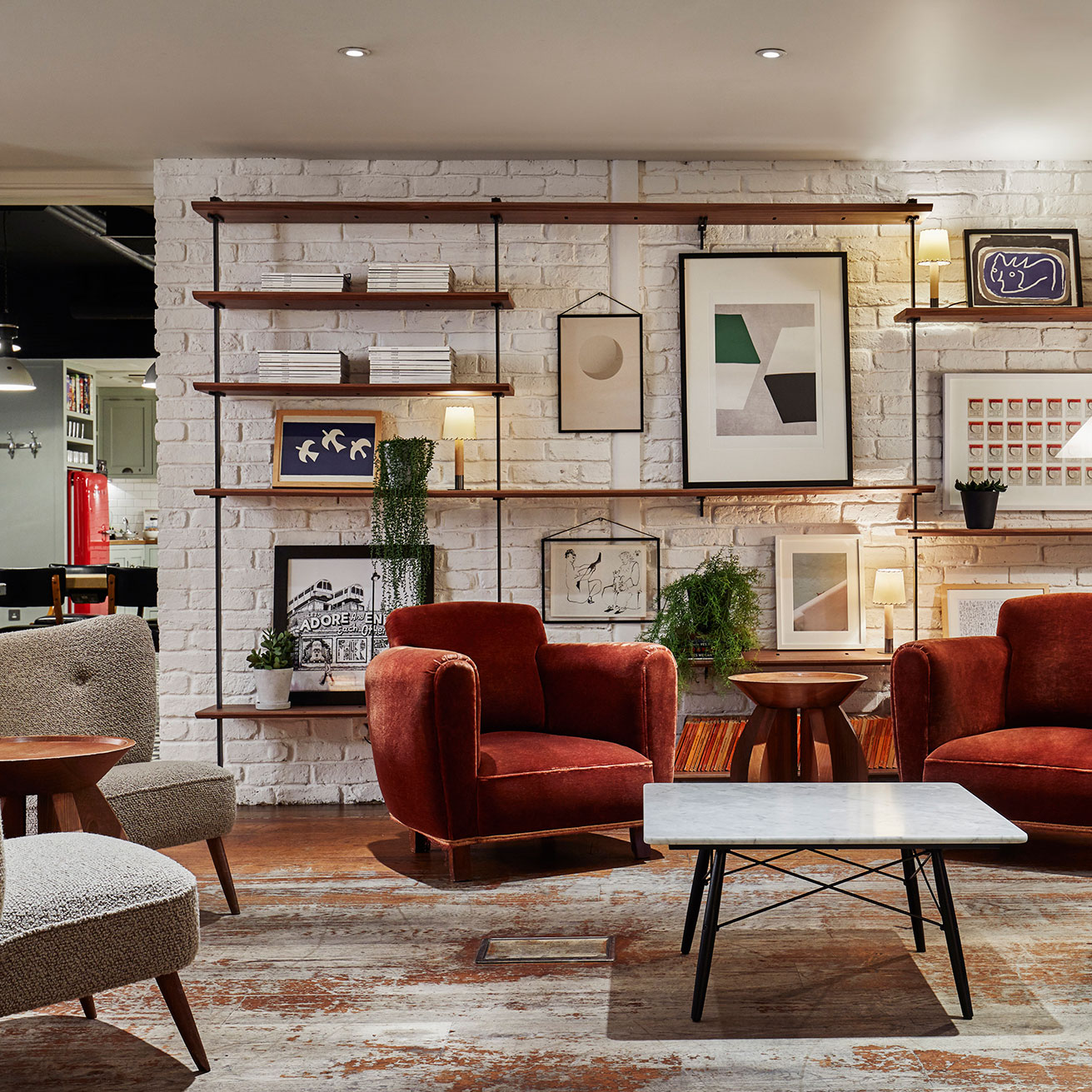 The original Hoxton, now the flagship of a quickly blossoming boutique-hotel mini-chain, makes its home in the neighborhood of the same name — Hoxton is a subset of Shoreditch, the East London district that’s been the city’s de facto cultural center for something like a decade now. And when it opened, the Hoxton Shoreditch’s intentionally unpolished design aesthetic and its low-frills, low-maintenance concept cut very much against the grain — turns out, it was just ahead of its time. 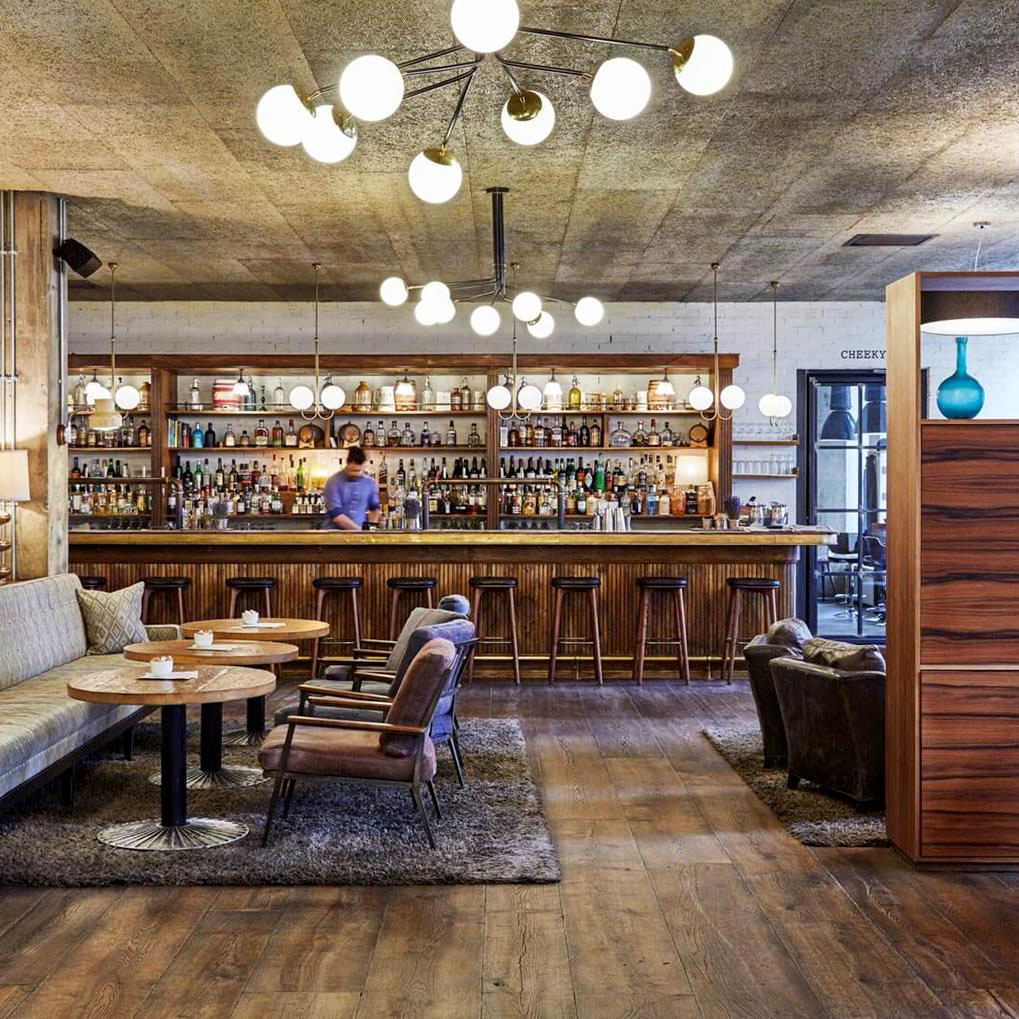 There was a time when a phenomenon like the Hoxton, Holborn would have been a comical mismatch of hotel and location. For as convenient as the Central London neighborhood of Holborn may be, it’s not nearly as colorful as the eccentric corner of East London that gave the Hoxton hotels their name. But Holborn has been in the ascendant for a few years now, and we’ll be the first to tell you that a well-conceived hotel can do wonders to help that process along. 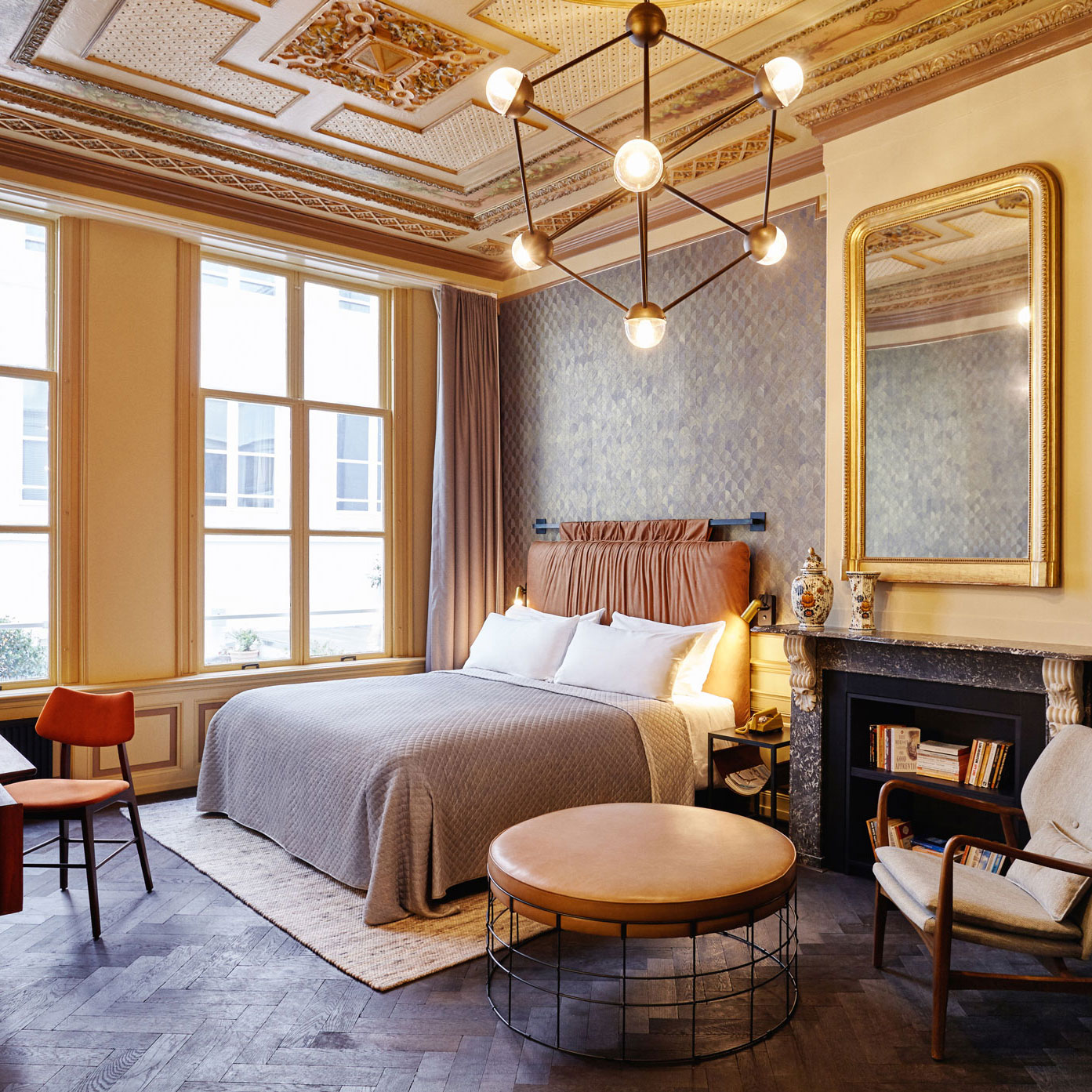 This notoriously compact city is perfectly suited for the whole Hoxton concept: long on style, if short on space, and easier on the budget than a hotel this stylish has any real right to be. The Hoxton, Amsterdam makes plenty of concessions to its locality, of course — it’s set in a row of five classic canal houses, and, in the interest of preservation, follows their warren-like floor plans. But it brings an aesthetic all its own, one that owes an obvious debt to industrial East London. 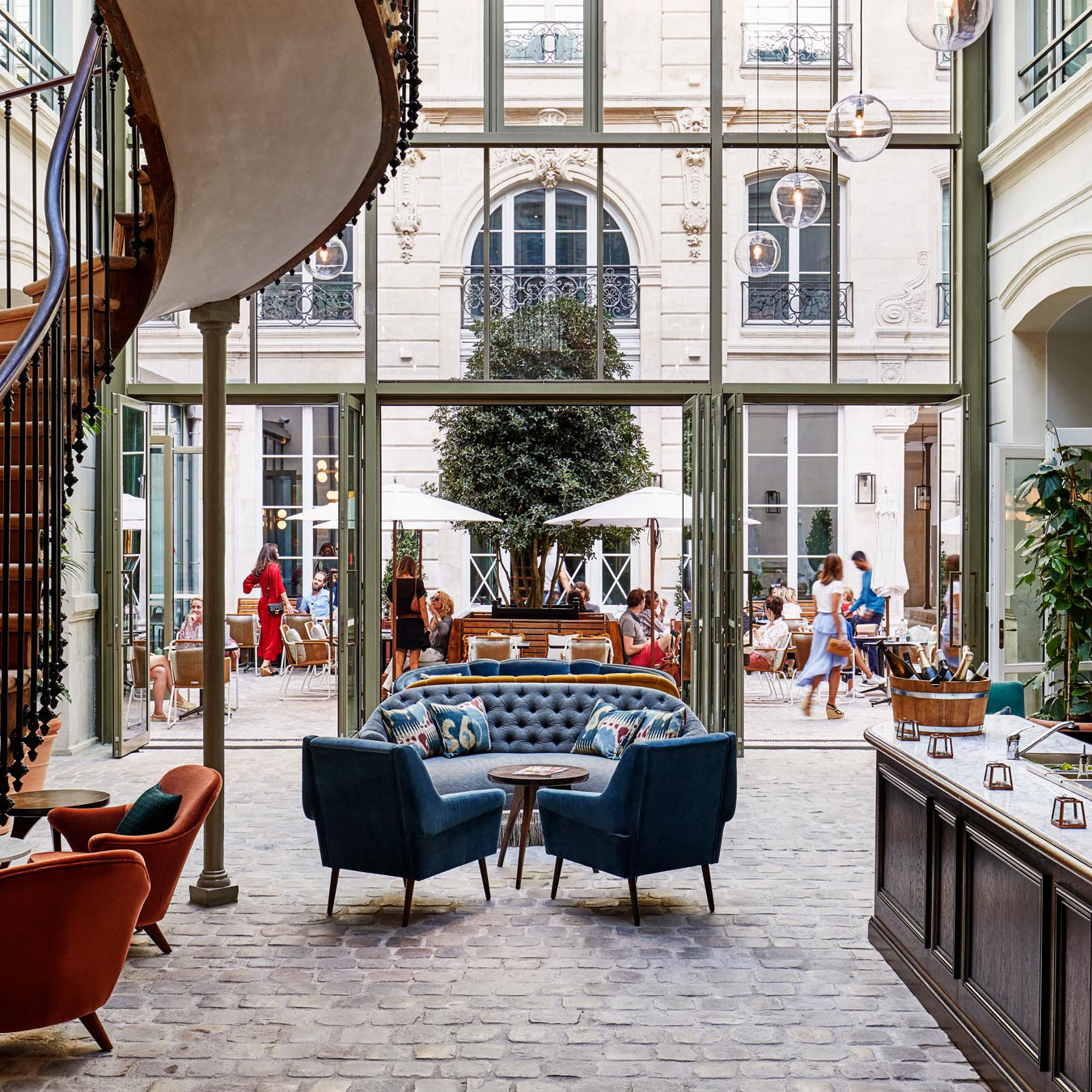 The Hoxton hotels will always have a British accent, but their first overseas expansion proves that they’re quite flexible in adapting to their surroundings. The Hoxton, Paris is quite an adaptation, commandeering an 18th-century mansion in a particularly hip corner of the 2nd arrondissement and turning it into a chic, modern, and relatively affordable boutique hotel in the signature modern-bohemian Hoxton style. 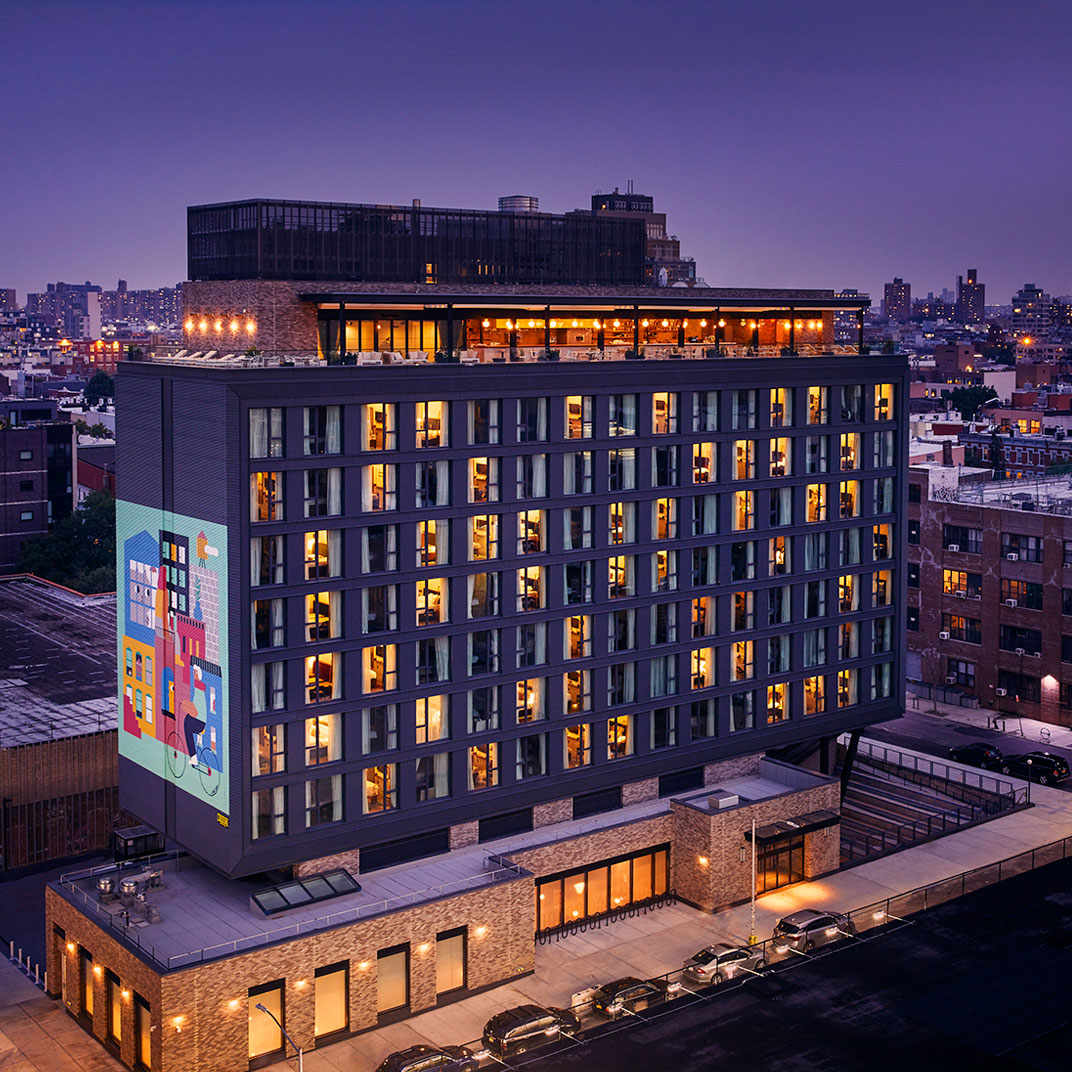 Shoreditch, the East London district that was home to the original Hoxton Hotel, became the hippest neighborhood in town right around the same time Williamsburg became New York’s own capital of cool. So it’s only fitting that the first Hoxton in the United States should set up shop here. The Hoxton, Williamsburg occupies a modern building, but it’s a loving tribute to the neighborhood’s industrial heritage — another attribute Williamsburg shares with Shoreditch. 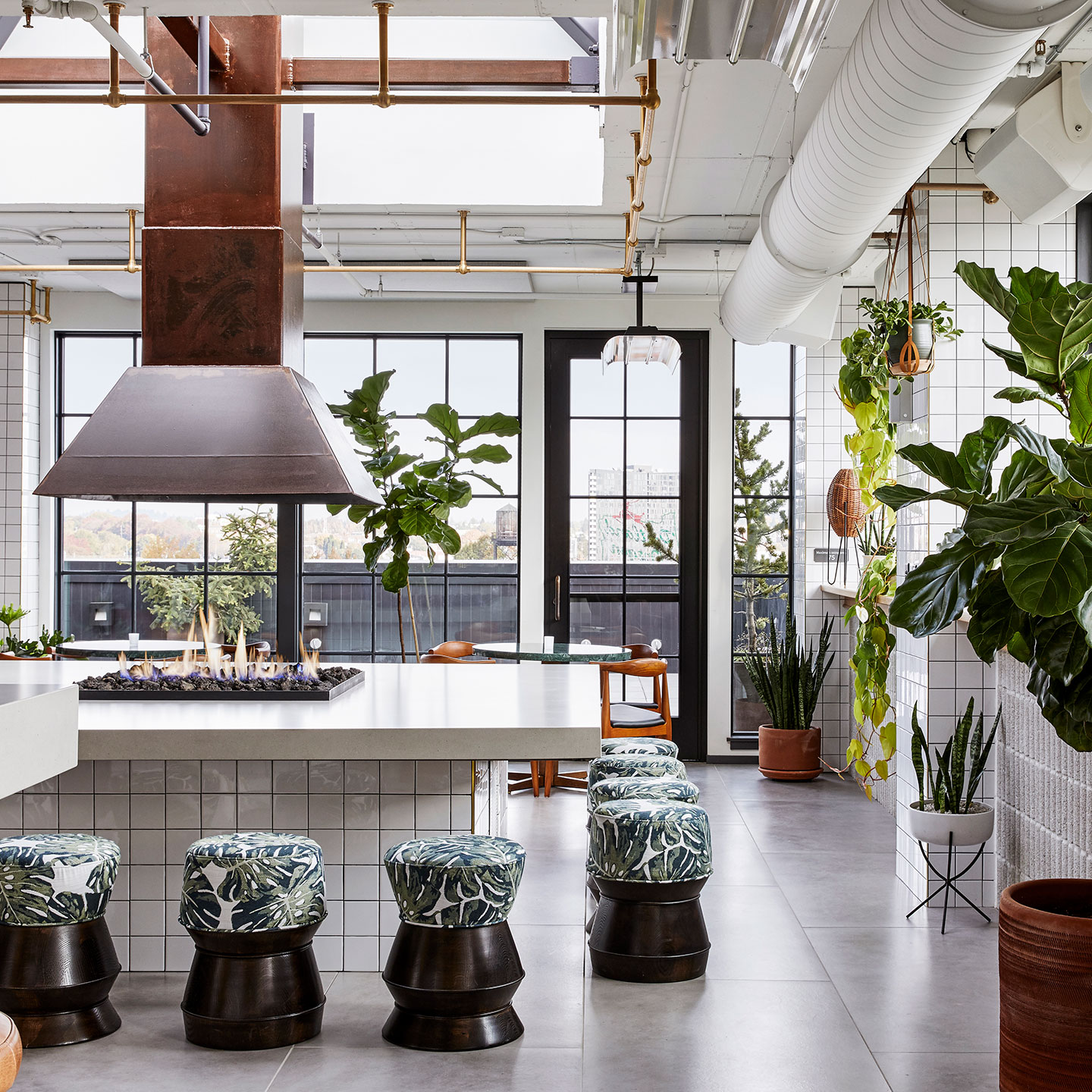 The concept of the “hipster” is a contentious one, but it’s safe to say that Shoreditch and Portland, the counterculture capital of the Pacific Northwest, have something in common. The Hoxton, Portland, set just outside the Chinatown Gateway, adapts the brand’s post-industrial aesthetic to a century-old building, but it’s not a copy of the London edition — Hoxton’s in-house design studio took their inspiration from the Northwest modernist movement of the Sixties and Seventies. 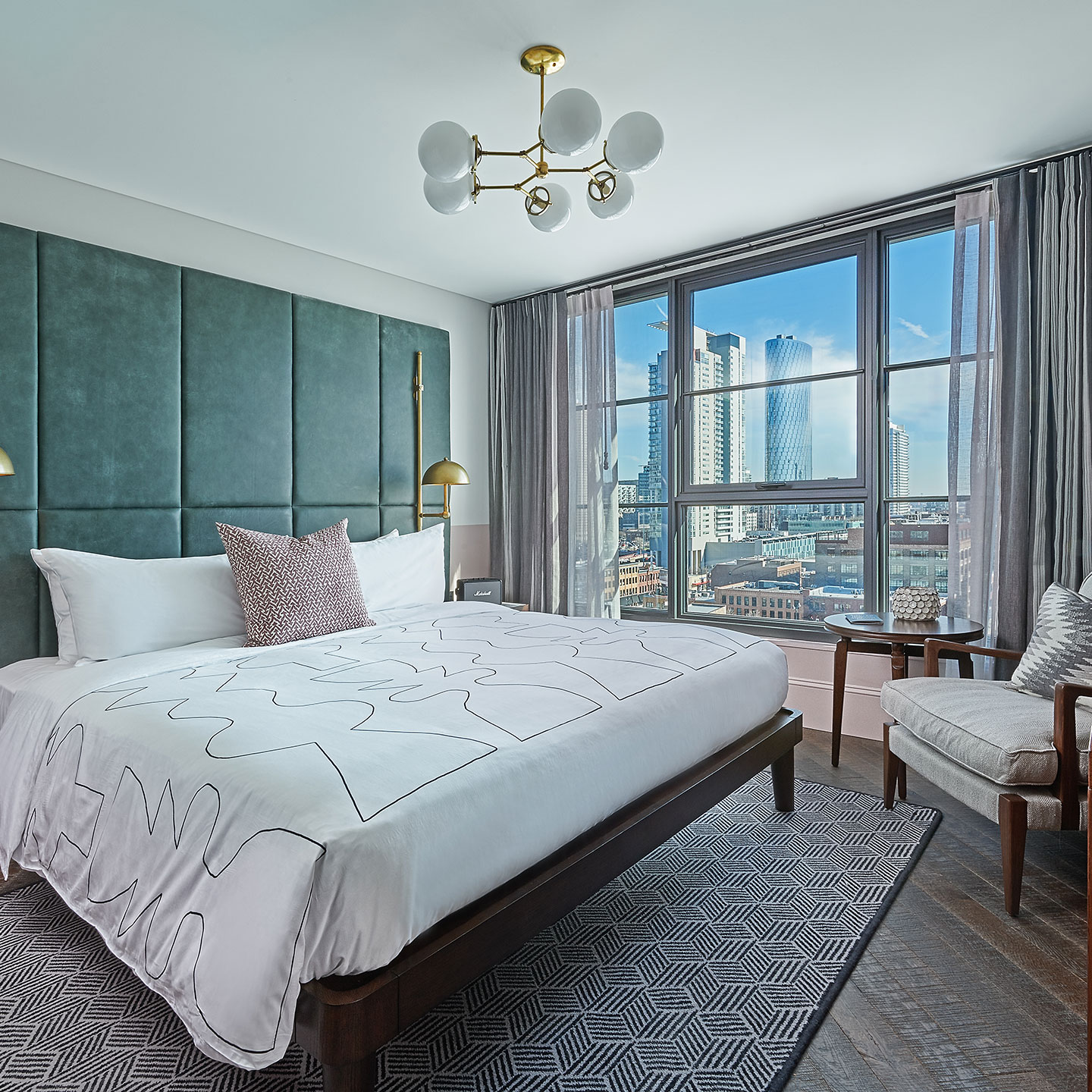 Chicago’s Fulton Market neighborhood is the kind of post-industrial environment that’s perfectly suited to the Hoxton group’s 21st-century boutique-hotel aesthetic, and it’s here that a disused meatpacking warehouse has been transformed into the Hoxton Hotel, Chicago. Local architects GREC and hospitality designers AvroKO worked with Ennismore Design Studio, the Hoxton brand’s in-store creative team, and the result is not just stylish enough for Instagram but rewards closer inspection of the details. 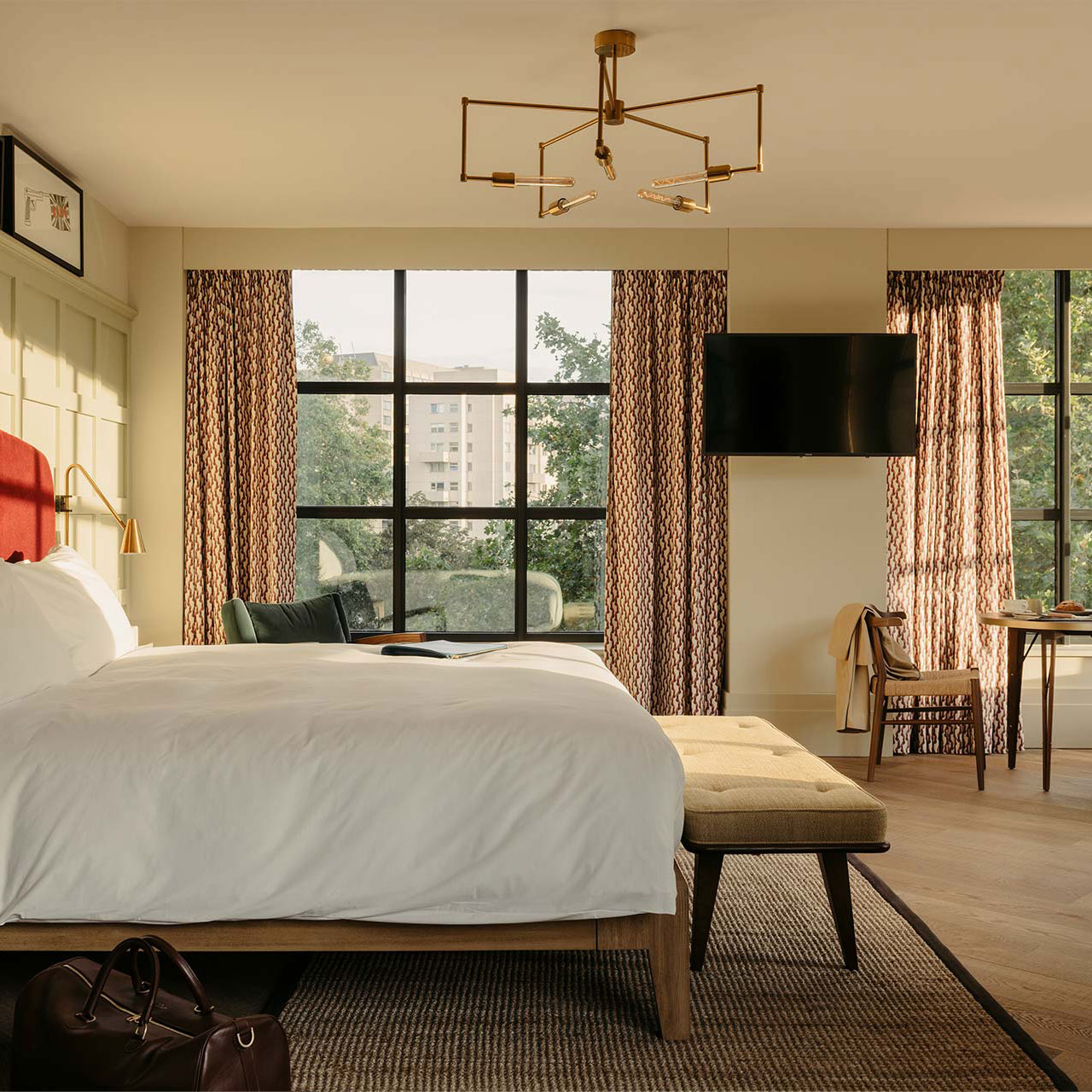 When the original Hoxton opened over a decade ago, Shoreditch was the place to be. But since then, South London has improved itself almost beyond recognition — which made a south-of-the-river installment all but inevitable as this hip-hotel mini-chain continues to expand. The Hoxton, Southwark is the group’s third hotel in London, and the house style is a natural fit for the formerly industrial neighborhood, a short walk from Tate Modern and not much farther from Borough Market. 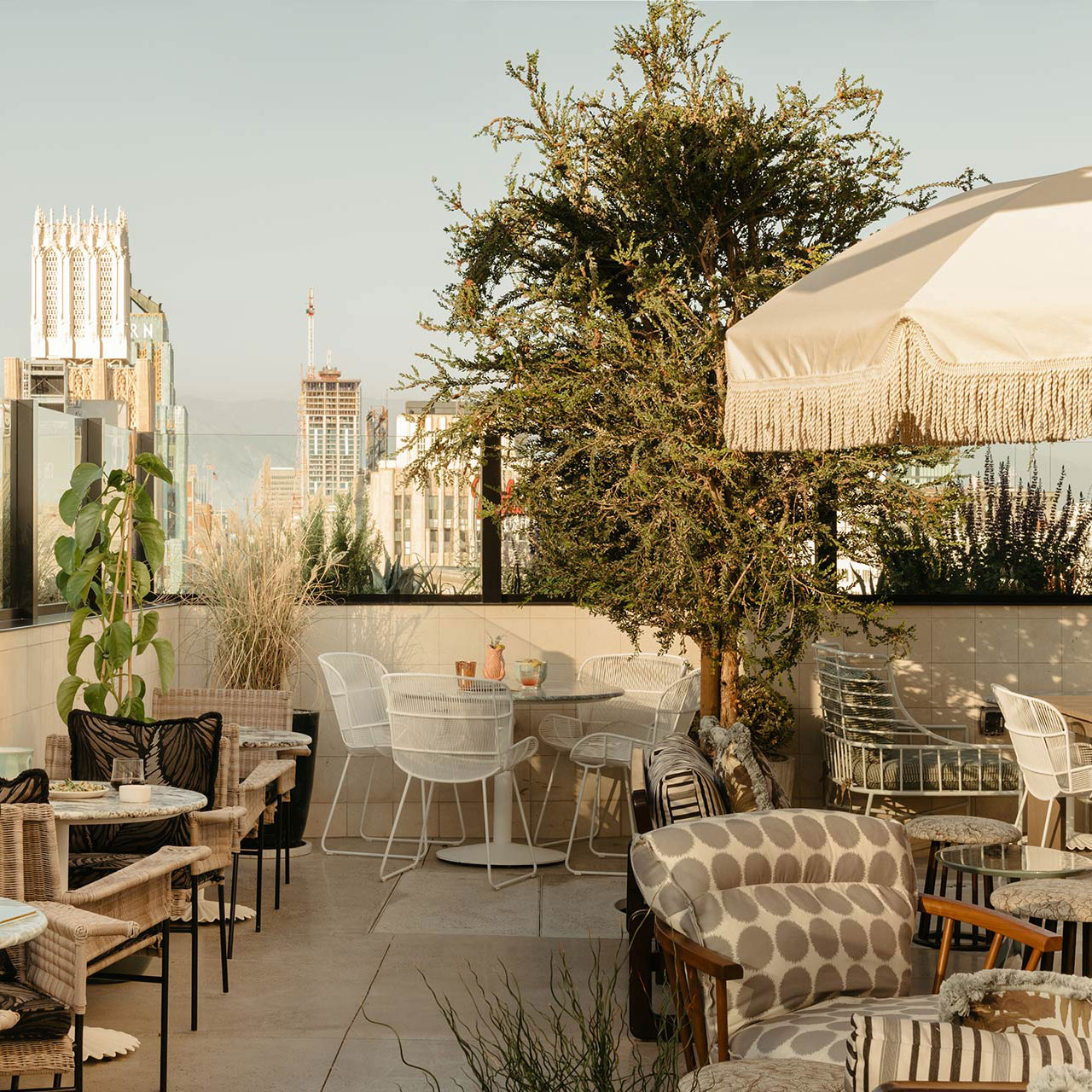 Shoreditch and DTLA have plenty in common, and the Hoxton, Downtown LA is a perfect fit for this new chapter in the city’s evolution. The Hoxton hotels are known for faithfully tailoring the concept to the setting, and here that means something a little softer than the usual warehouse-chic. The building is a 1922 Beaux-Arts beauty, and its interiors are appropriately ornamented with delicate molding, chevron floors, and printed wallpapers — produced, in East London style, by House of Hackney.