Many people dream of dropping everything and starting a new life somewhere different. Rebecca Schönheit did it. She traded a law career and the familiarity of her home in Berlin for a tiny island in the Wadden Sea. That’s where she and her husband decided to start over as directors of a small hotel — with dreams of getting it up to Tablet standards.

This is the beginning of her story, in her words. We can’t wait to hear what happens next.

Normally, my husband and I spend our winter holiday at home with our families. Last year, we spent it in Madrid, Tenerife, and Marrakech. We got engaged during the trip, and returned from it filled with confidence and excitement for the future. We were also filled with questions. Was life in Berlin really all we wanted? Were our jobs even still what we wanted to do? Or was there perhaps something else? Another place, another job, another situation where we could try out our skills?

We had always had these thoughts — most people do — but it was on this holiday that we finally found the self-assurance to do something about them. Together, we applied for a director’s position at a hotel on an East Frisian island. And for reasons which are hardly comprehensible to us — we got the job.

That was January. We would start in July.

In the meantime, we got married, and like the rest of the world, got busy dealing with COVID-19, which had us questioning whether we would even be able to take the job. After all, the tourism industry had been hit hard by the pandemic. But after months of coronavirus concerns and weekly phone calls with our new employer, it eventually became clear that we would be able to start as planned.

On the one hand, we were relieved. On the other, the reality of what this would mean for our lives began to set in. We would swap Berlin for Langeoog, an island in the Wadden Sea — swap the capital for a village. We would no longer work in our secure and well-paid jobs, but would start something completely new, something, honestly, we had little knowledge about. We would leave our friends and family behind and, at least for now, be on our own.

Was that really what we wanted? Sure, there was the sea and the romantic idea of spending our evenings on the beach. But there were also cold feet that weren’t getting any warmer, despite the rising summer heat in Berlin. What had come over us on holiday? How crazy was this idea? Was it a premature midlife crisis, or a really great opportunity?

The reactions from those around us were much less skeptical than we expected. Instead of criticism or forced smiles, we actually received a lot of positive feedback. Almost without exception, people were impressed and envied us for our flexibility. Many confessed their own longing to give their lives a different direction. Indeed, their encouragement gave us courage. Which certainly helped when we started to research how we could approach the move. Picking up and going to an island is more challenging in real life than in the fantasy. Especially in our case.

If you’re not from Germany, I’ll let you in on the basics: Langeoog is one of the East Frisian Islands in the northwest of Germany, with an area of almost 20 square kilometers and about 2,000 inhabitants. Parts of the island, and the Wadden Sea around it, belong to the Lower Saxony Wadden Sea National Park. And when it comes to moving here, there’s a few things to keep in mind. Like the fact that Langeoog is a car-free island. Only electric vehicles, bicycles, and horse-drawn carriages are allowed, and you can only get to the island by ferry (or, for the especially privileged, on your private boat or plane). So of course, just packing up a truck and moving was not an option.

We decided on trailers for our move, which we loaded in Berlin and then put on the ferry. We set up a freight account for official authorization to move our larger things (shopping on the island is a whole different topic). Once on site, everything was brought to our home by electric vehicles, smaller and slower than cars but nonetheless a steady final step in the process.

It was worth it. Langeoog has its advantages. Unlike other islands in the Wadden Sea, the ferry to Langeoog doesn’t depend on the tides. You can get to and from the island several times a day, a factor not to be neglected if you come from Berlin, where you’re used to getting exactly where you want exactly on schedule. You retain some of that freedom on Langeoog — but you also get a lot of beach, fresh air, and even a small forest (as we found out on our exploratory tour just today). You also get to let off steam by swimming, sailing, kiting, or playing golf. Or you can simply walk or cycle across the island. During the day there’s ice cream or crêpes, and in the evening you can choose between different restaurants and pubs. 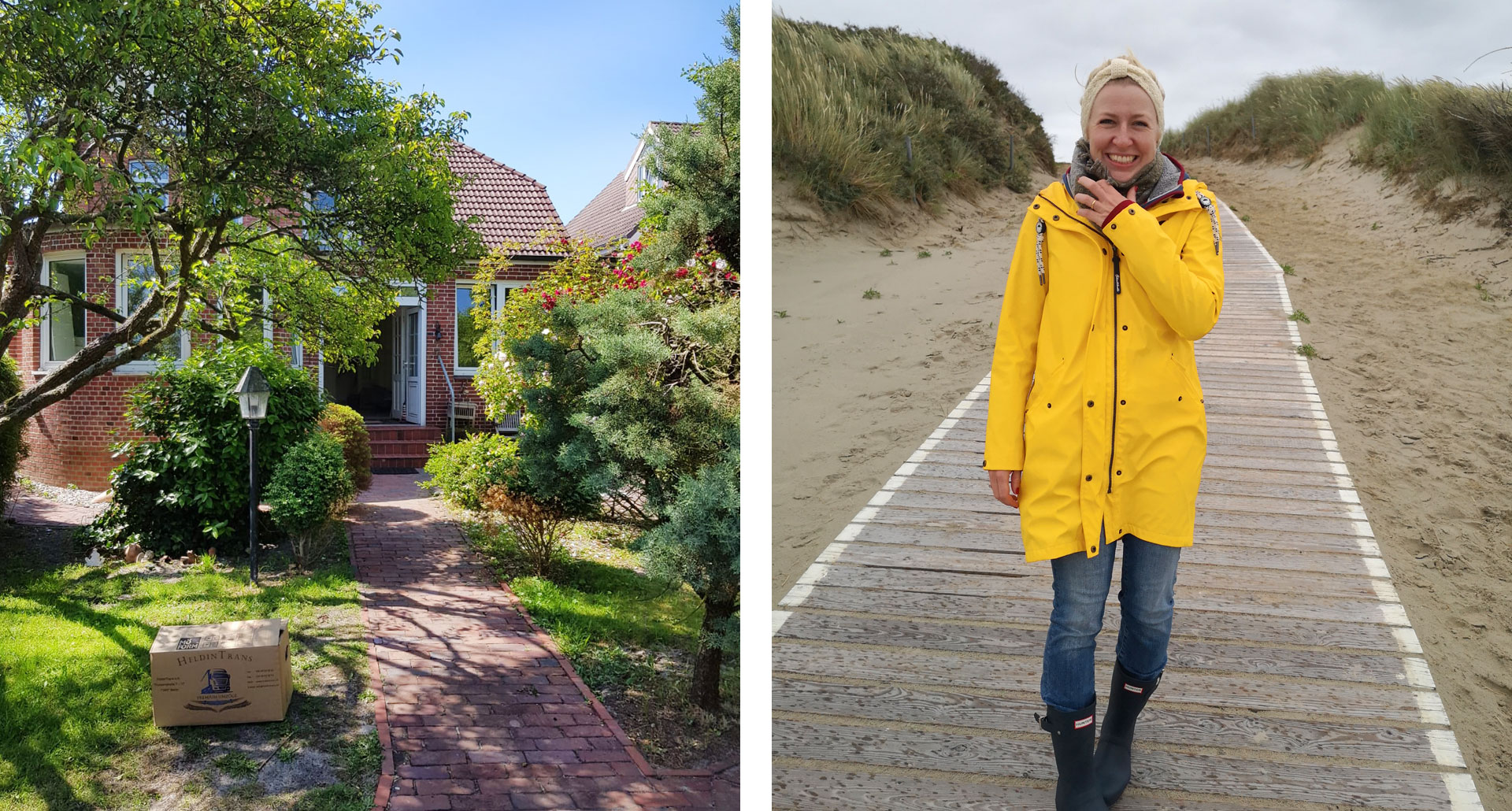 Those who can’t find any relaxation here are probably hopelessly lost… or they’ve just recently become hotel directors. During the last week, we’ve worked every day from morning to evening and only made it briefly to the beach. Fortunately for us, the weather was quite bad, which made it easier to work and stay away from the seaside. Needless to say, it’s a hectic time — new job, new apartment, a huge move. It’s challenging, but I haven’t enjoyed my work so much in a long time.

It’s been two weeks since the move. We’ve been working in “our” hotel for a week. It’s called Hotel Bethanien, and while it’s not quite up to Tablet standards yet, that’s an ambitious goal that keeps us motivated. And here in the hotel, there’s no shortage of motivation on our amazing team, which has fought its way through the worst parts of the pandemic and is now welcoming the growing crowd of guests with pleasure and enthusiasm. We have moved into our apartment in the house next door and, for the first time in our lives, we have a garden. For the first time in our lives, the beach is only five minutes away.

It’s a liberating feeling to start fresh: in a new place and in a new job. Nevertheless, I’m thankful for the constant I have in my husband. We know that neither of us would have dared set off on this adventure alone — and we’re so grateful to be here together. We’re here, and we’re looking forward to the next weeks and months. Not only about the growing return of hospitality and the decline of COVID-19, but also about our new home and how much we’ll enjoy life on an island.

So far we’re completely excited. What a life!

Rebecca Schönheit is the German writer and editor for Tablet Hotels. She previously wrote about getting married in the chaos of COVID-19. Stay tuned for future updates about her adventure as a hotel director in Langeoog.