When COVID-19 grounded travel earlier this year, it sent a shockwave through the hotel industry. Shockwave might even be putting it lightly. It was more like an earthquake that leveled businesses and forced us all to take a step back, asses the damage, and plan the safest way out from underneath the rubble. We’re rebuilding now, but slowly, and with an abundance of caution. Things are very much not back to normal, and while some people in some places are able to travel with low levels of risk and exposure, others are not nearly as lucky.

As the virus spread and travel was paused, we were in the process of adding a slew of terrific hotels to our selection. You probably haven’t been able to visit any of them yet — and might not be able to for a while — but we thought you’d still like to see some of the ones we’re most excited about. To see even more, subscribe to our newsletter and you’ll receive our weekly New Hotels announcement, relaunching the week of August 10. You can find the newsletter sign-up box at the bottom of any page on Tablet. 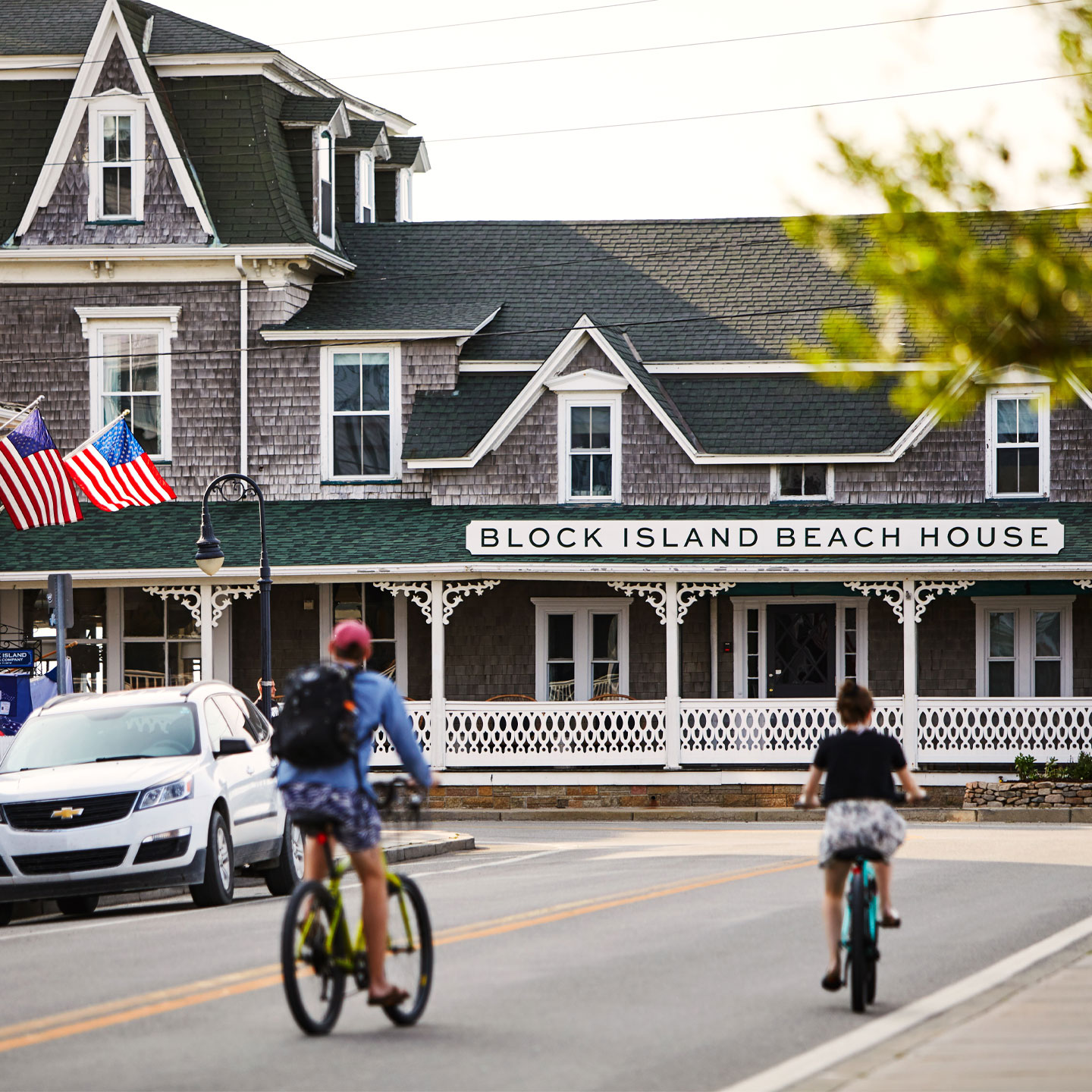 New Shoreham is better known by its geographic name, Block Island. This, as you might have guessed, is where you’ll find Block Island Beach House, which is exactly what it says it is — in fact it’s the only beachfront hotel on the island. The old “Surf Hotel” sign remains atop this weathered Victorian mansion, but what’s inside has been given a thorough redesign, resulting in interiors that are roughly one part modern-casual surf shack to one part classic coastal New England. 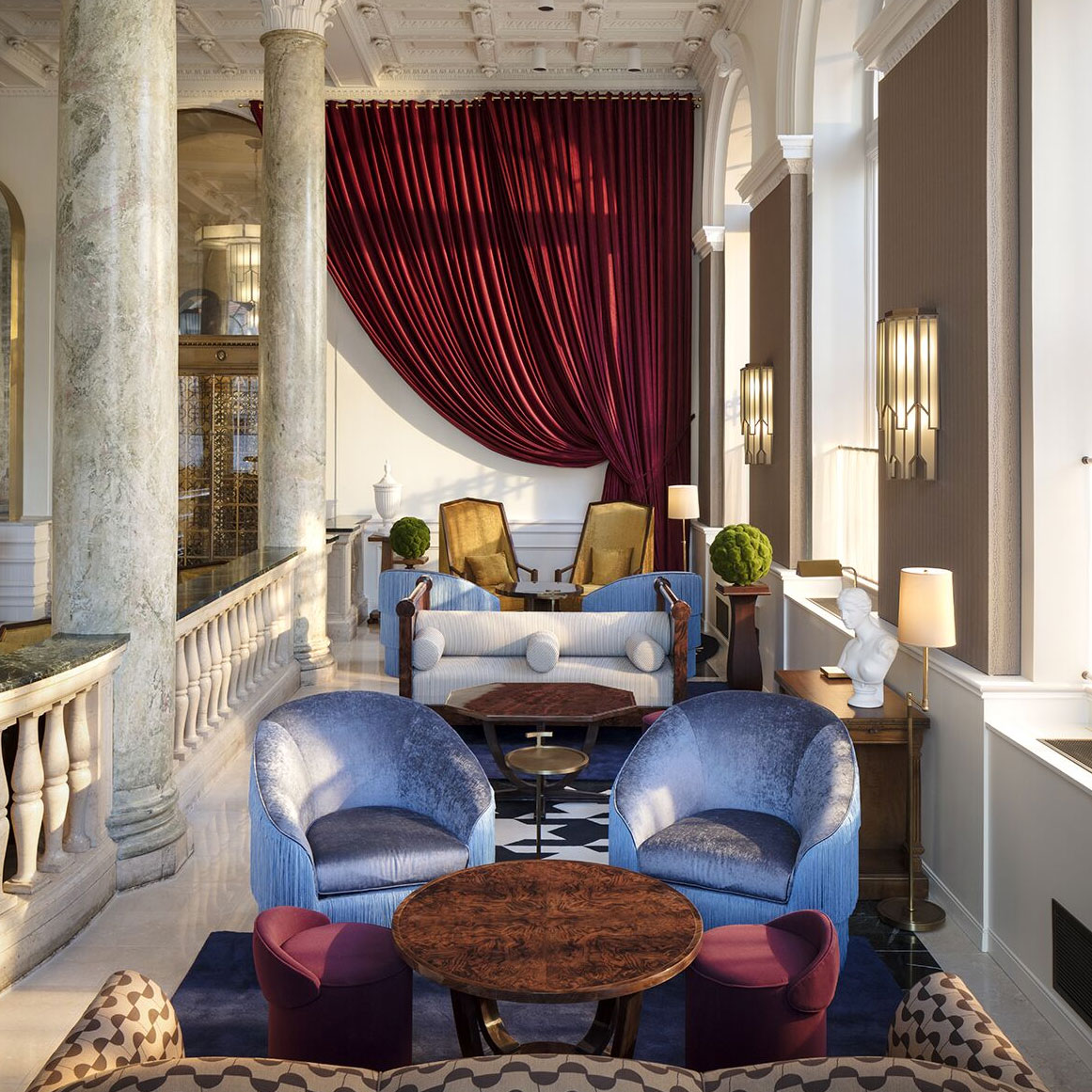 It’s not every day a 19th-century Romanesque Revival bank building in Washington’s Penn Quarter district reopens as a hotel, especially one as stylish as Riggs. It starts with the well-preserved bones of the stately old bank, but this is no mere restoration — they’ve taken liberties, using the city’s history as their inspiration, and the result adds a welcome note of playfulness to the elegance you expect from a D.C. luxury hotel. 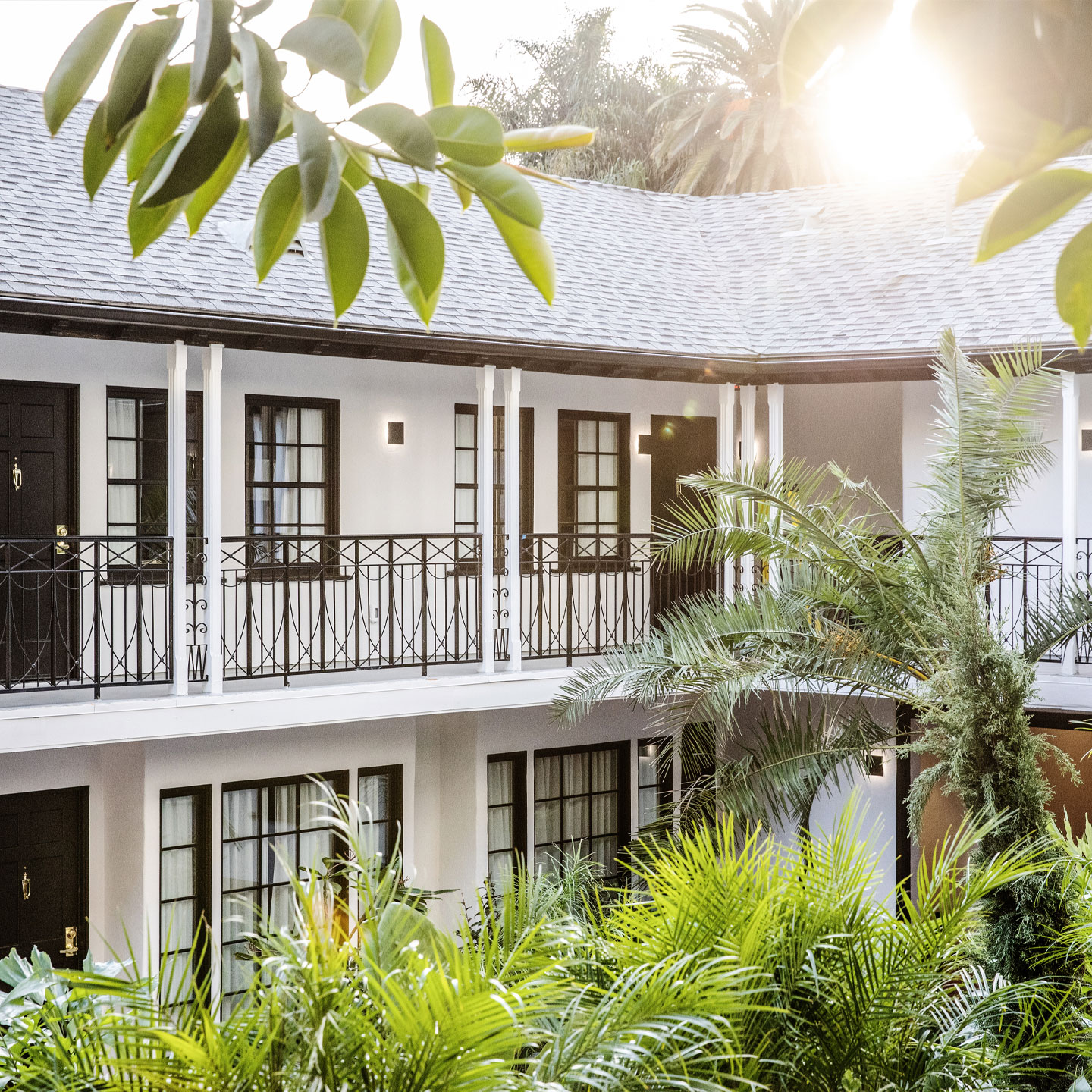 The idea of Hollywood may be synonymous with glamour, but nearly a hundred years after the so-called Golden Age, the actual place is a bit more complicated. The Prospect Hollywood, however, is a return to form: a 1939 Hollywood Regency building, rescued from an advanced state of disrepair by designer Martyn Lawrence Bullard and transformed into what is, beneath its retro styling and vintage furniture, a thoroughly contemporary boutique hotel. 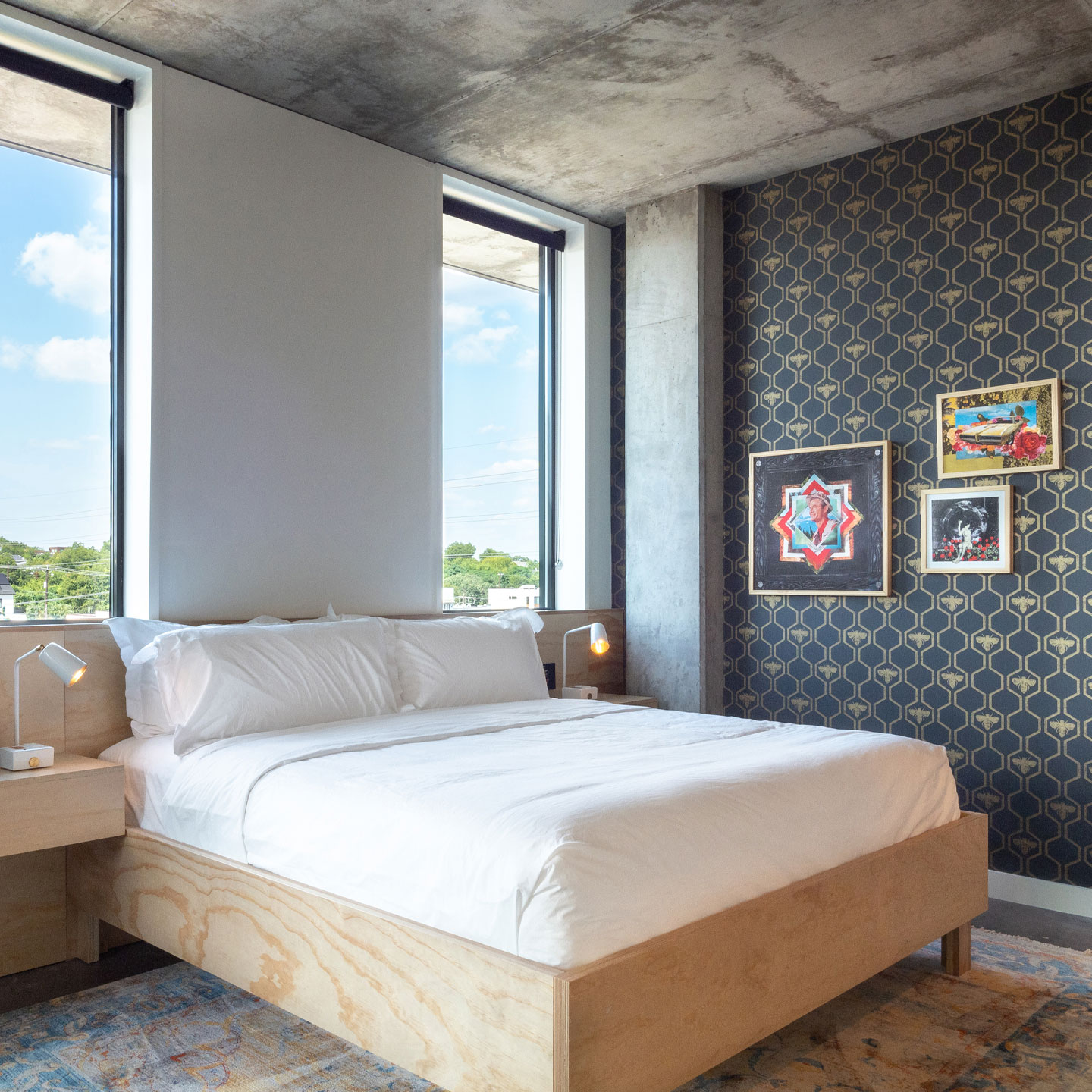 Austin, Texas has changed an awful lot in recent years, as the Texan capital has also become a tech capital, and ARRIVE Austin stands as a perfect emblem of that evolution. The east side of town has long been the city’s less polished, more creative side, and it still is — though it’d be a stretch to call this brand-new contemporary structure unpolished, its industrial-inspired interiors and its sociable, communal atmosphere remain true to the spirit of the neighborhood. 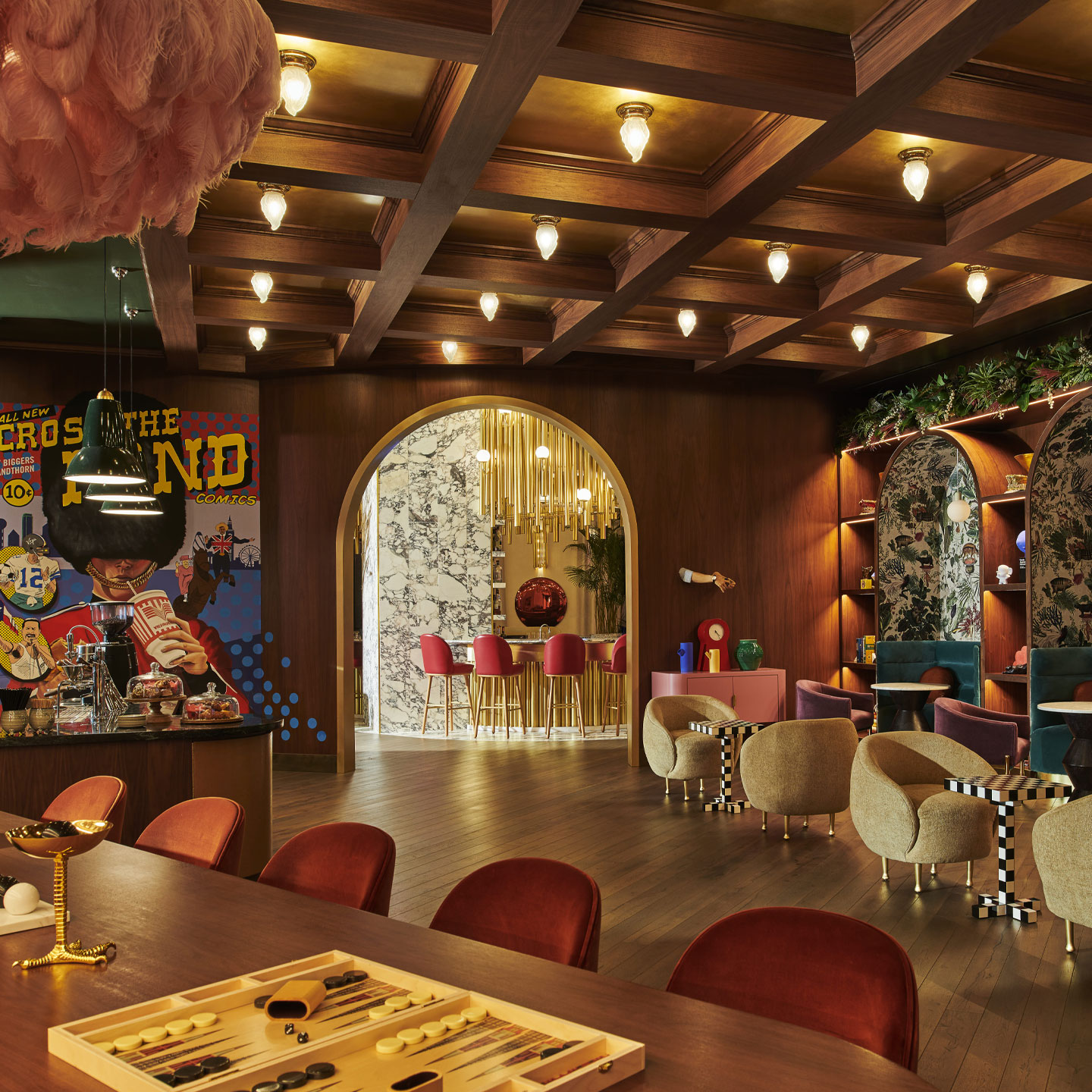 If Richard Branson’s various Virgin brands have a common thread, it’s an intention to make the kind of jet-set lifestyle for which Branson is famous accessible to everyone — and in the case of Virgin Hotels Dallas, in the city’s blossoming Design District, that means the high-design, high-art boutique-hotel experience, at a price you don’t have to be independently wealthy to afford. And, this being Virgin, it also means a strong dose of swinging Sixties modernism. 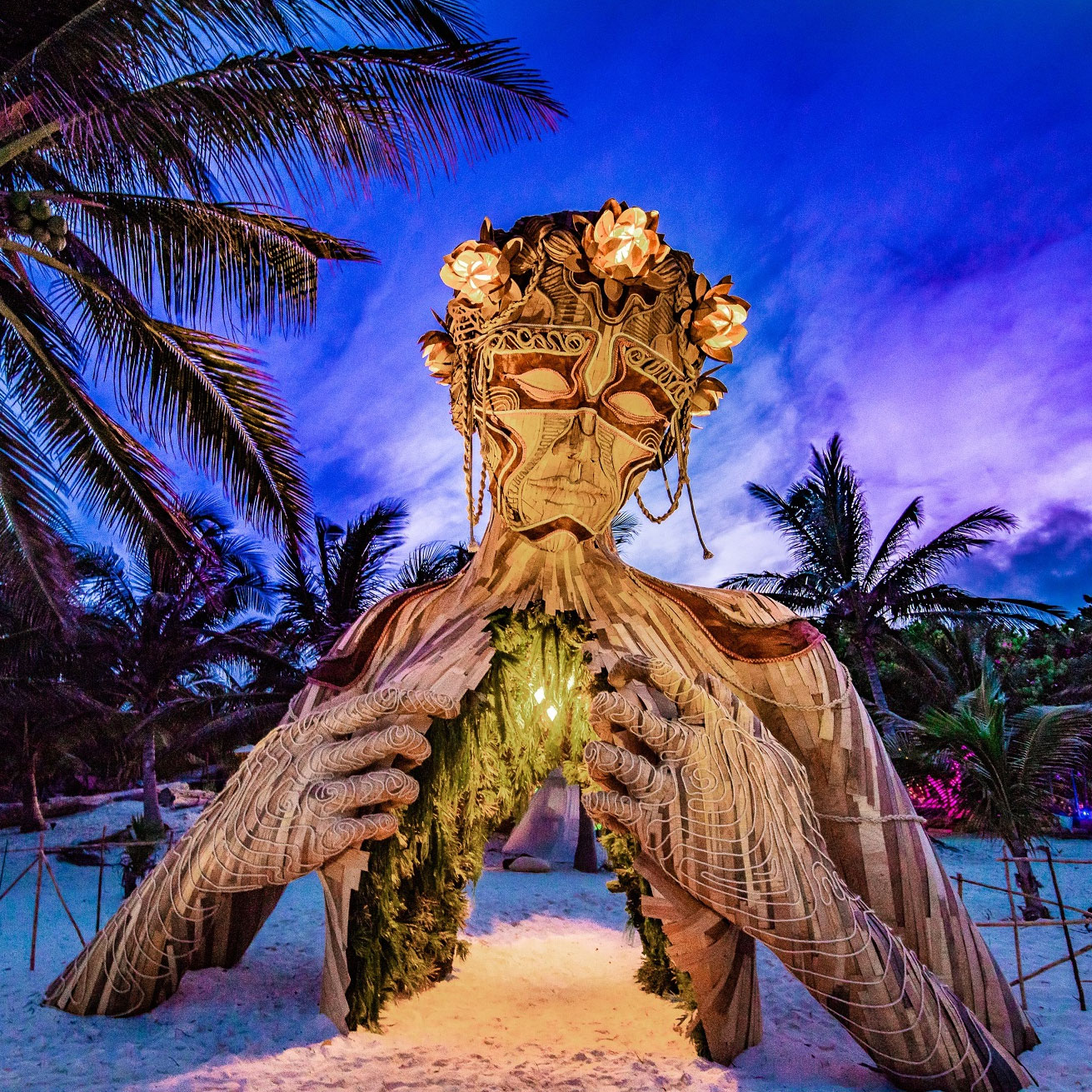 Ahau Tulum takes “low-impact” to a higher level; it’s named for the Mayan sun god Kinich Ahau, who represents universal consciousness. Needless to say it takes great pains to minimize its ecological footprint, as does more or less every small hotel in this part of the world. Where it excels, however, is in the related goal of stepping out of the way and letting its guests experience the closest possible communion with nature (short of sleeping outside under the stars). 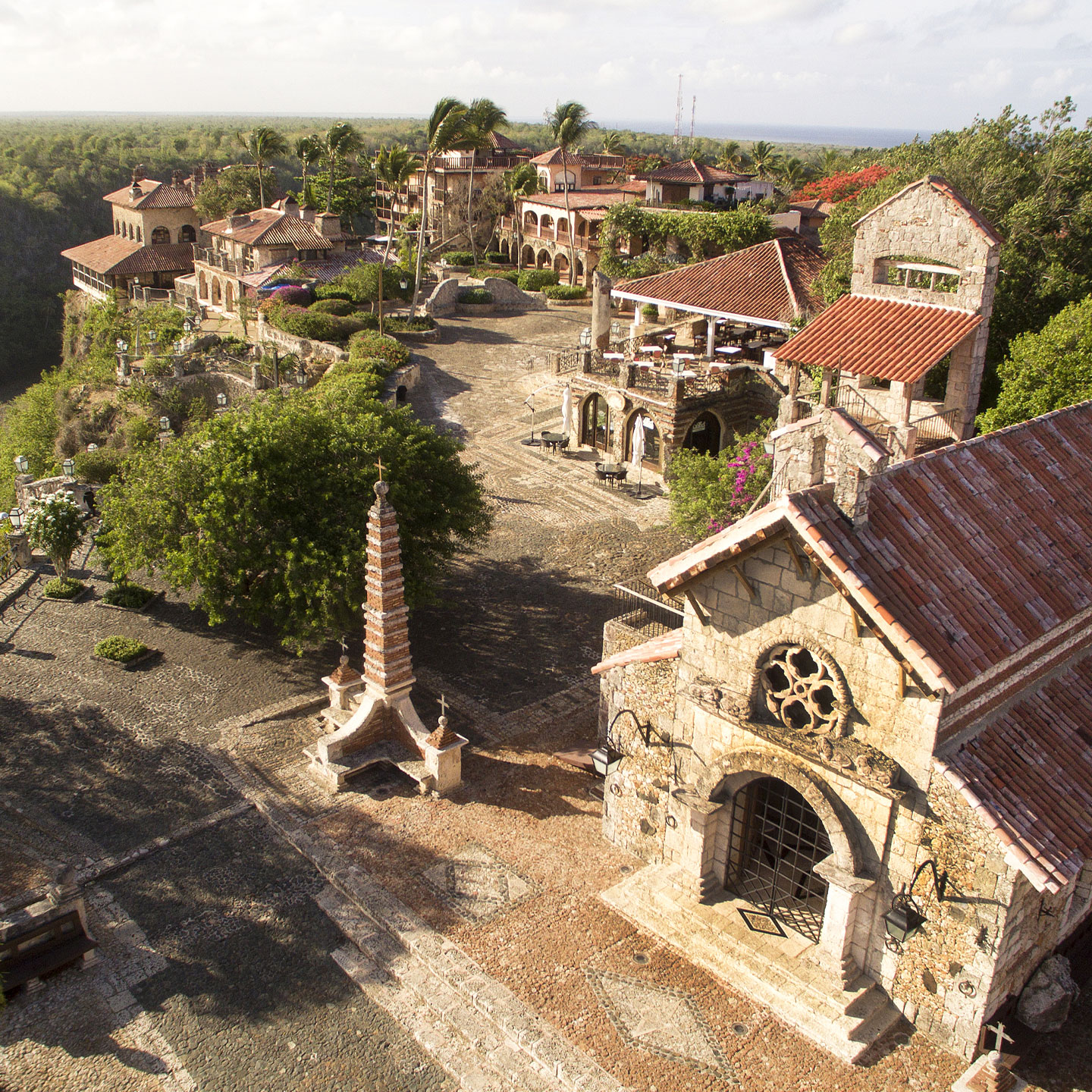 The Dominican Republic in general is only now coming into its own as a haute-luxury hotbed, but there’s one exception that pre-dates the current boom by decades. That would be Casa de Campo, a vast resort on the island’s stunning southeastern coast, home to a wide array of rooms, suites, and villas, all of which have been renovated, restored, even rebuilt, turning a Seventies-vintage classic into a contemporary luxury hotel of the highest caliber. 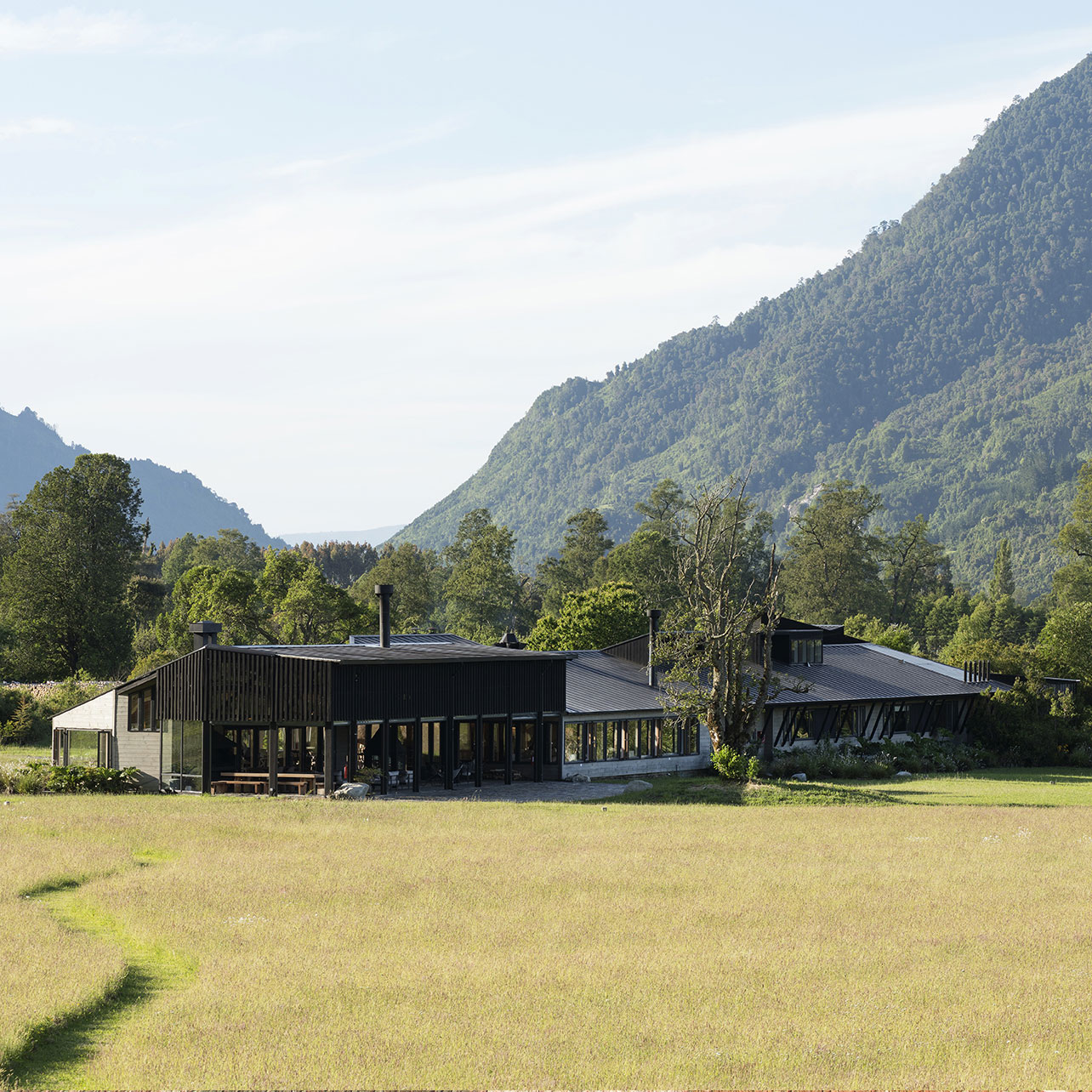 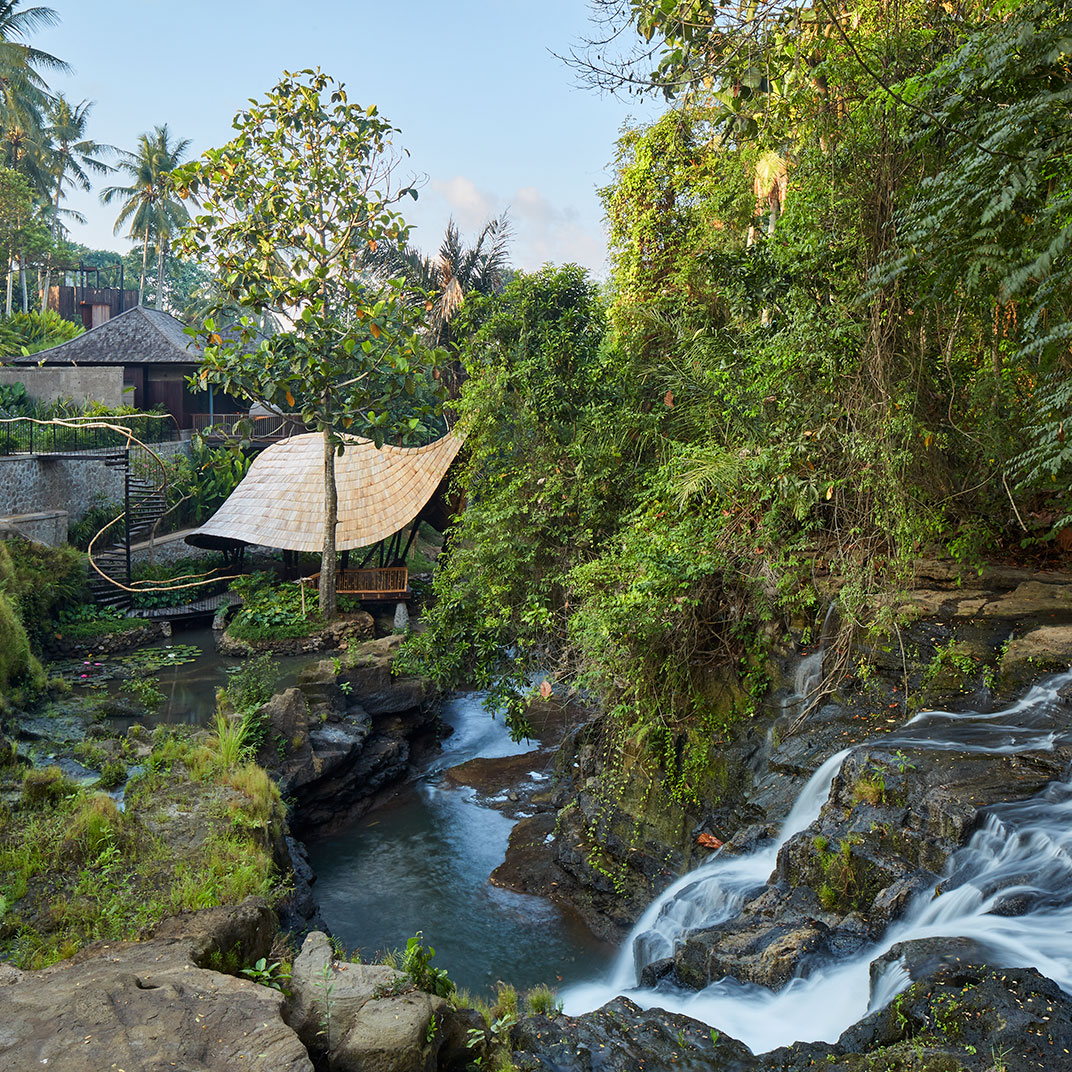 Certain parts of Bali may be overbuilt, but you don’t have to go far off the beaten path to reclaim some of that far-flung seclusion. Half an hour up the coast from Seminyak, just a mile inland from Kedungu Beach, Nirjhara is surrounded by forest, and a stream, complete with a picturesque waterfall, winds across its acreage. The villas and suites pay stylistic tribute to traditional Balinese architecture, but their interiors are contemporary and full of high-end comforts. 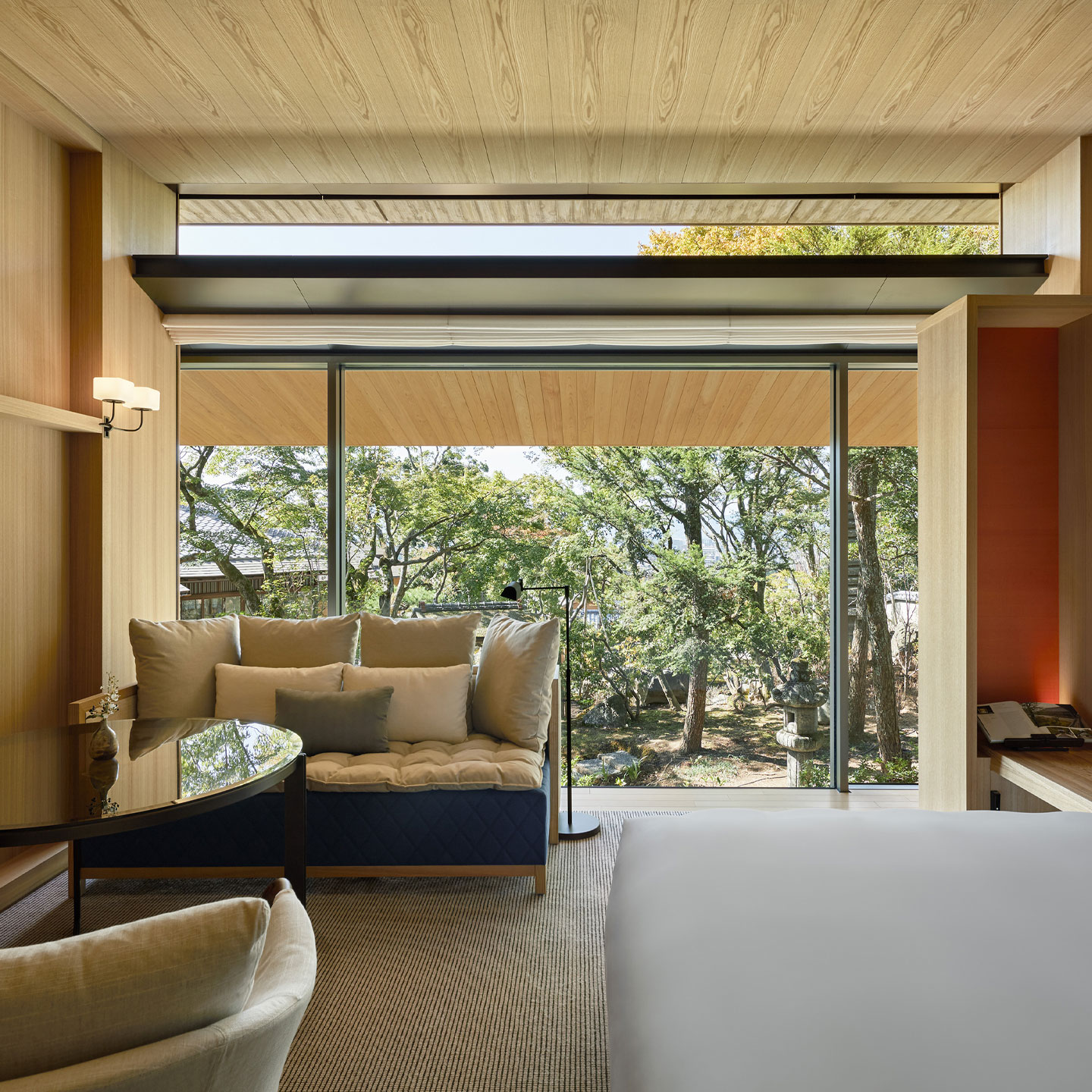 If you want a quick comparison of the differences between Japan’s modern capital and its historic one, you could do worse than to look at a pair of Park Hyatts. The Park Hyatt Tokyo, of course, is the ultramodern skyscraper-topping luxury hotel made famous in Lost in Translation; the brand-new Park Hyatt Kyoto, while at least as luxurious, keeps a much lower profile, its low-slung interconnected buildings spread out like a hillside village in the city’s historic Higashiyama district. 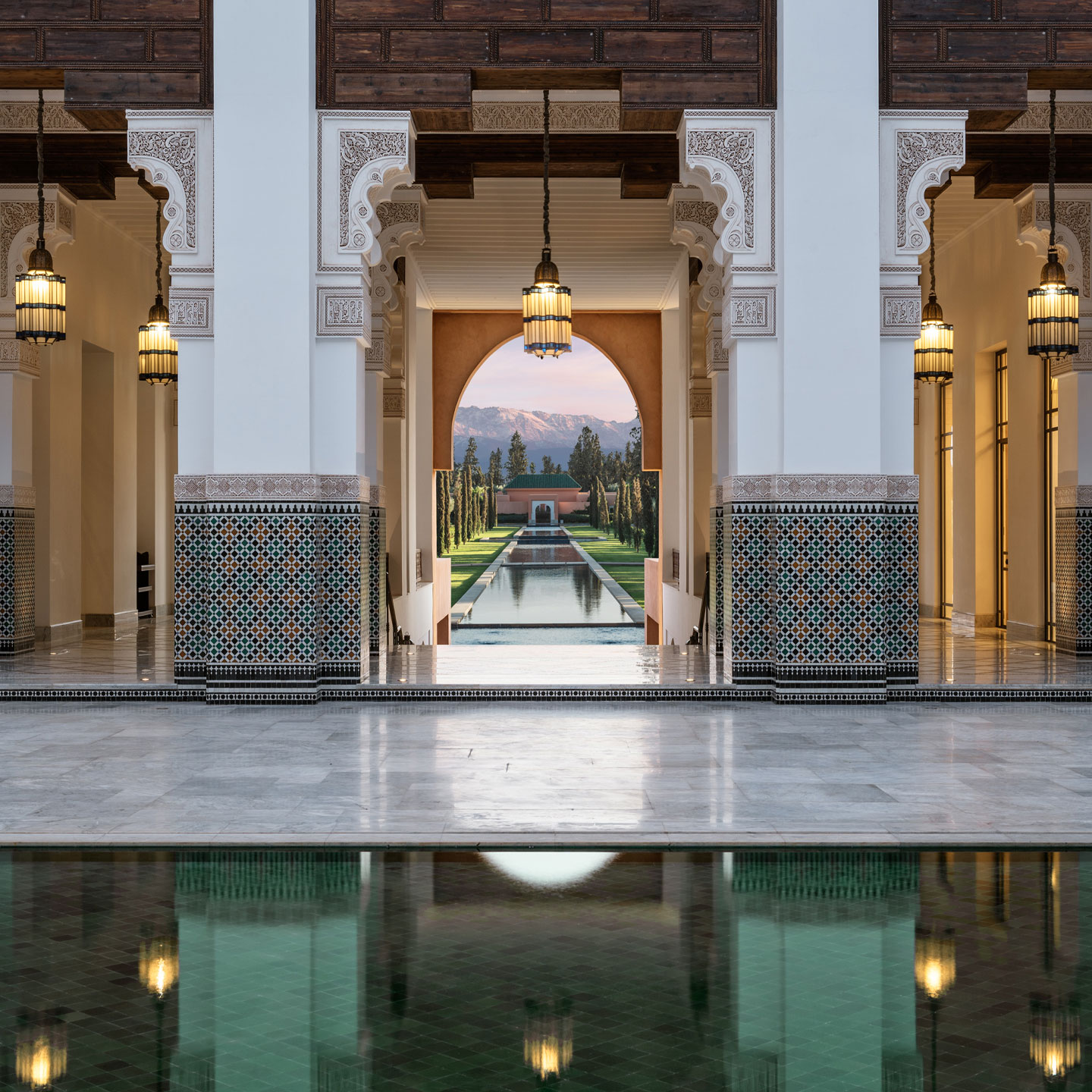 The most common form of high-end accommodation in Marrakech is the riad, the famous courtyard houses of the medina. And in some ways the palatial Oberoi Marrakech couldn’t be more different. It’s inspired by the Medersa Ben Youssef, a 500-year-old Islamic college that is revered as one of Morocco’s finest pieces of traditional architecture. And over its 28 acres of gardens ramble nearly a hundred rooms, suites, and villas, some of which are large and lavish enough to feel a bit like riads unto themselves. 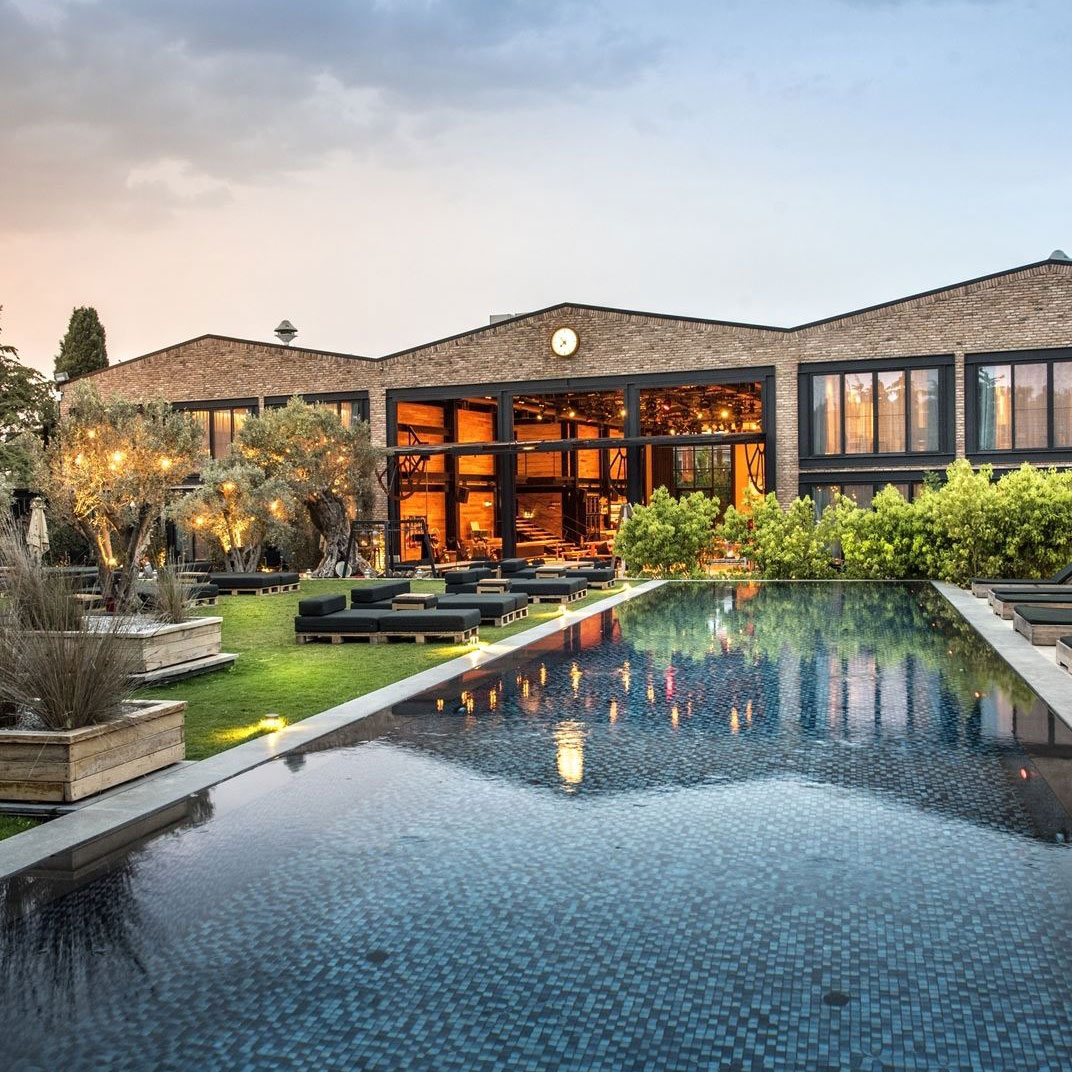 The Stay Alaçatı Warehouse is a design hotel whose concept is as evident from its architecture as it is from its name. It’s an authentic 1980s warehouse, as its distinctive roofline, red-brick construction, and oversized shop windows indicate. Today it’s been put to cultural, not industrial, use — it’s not just a boutique hotel but a venue for musical and theatrical performances, film screenings, cooking workshops, and much more, including an arts and architecture library. 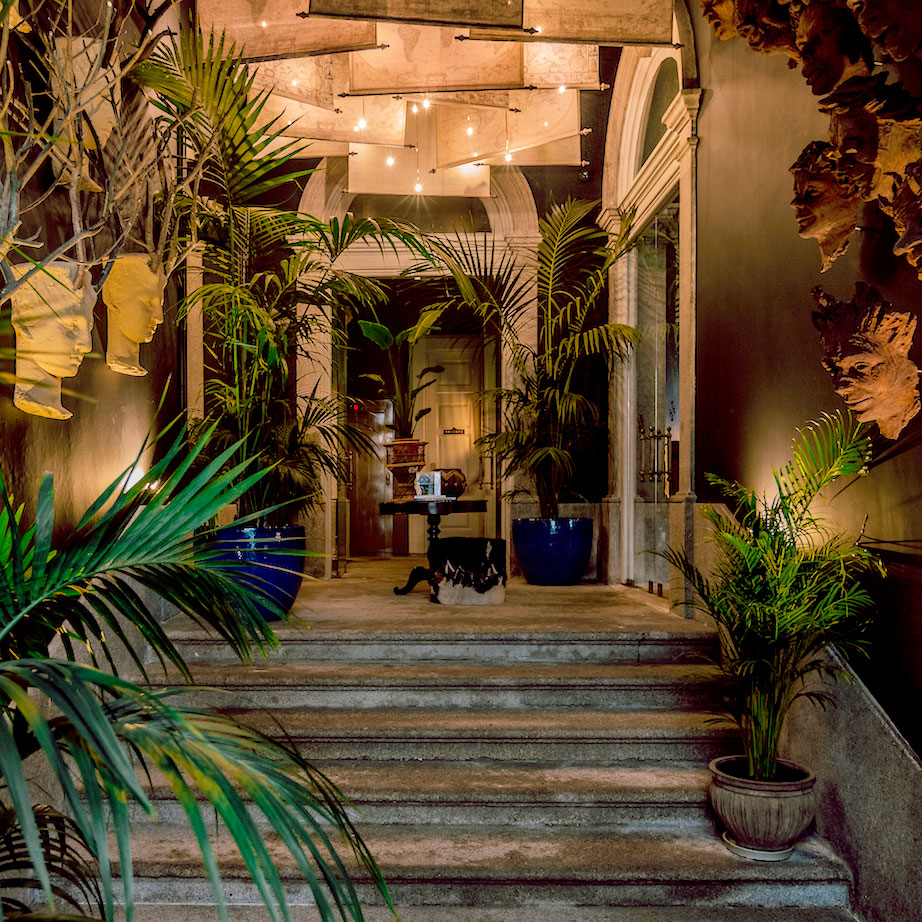 Torel 1884 is one of a pair of Torel properties in the picturesque riverside city of Porto, and it’s a gem: a 19th-century townhouse building in a central neighborhood, decorated with one eye on its architectural heritage and one on contemporary boutique style. It’s a long way from the minimalism that once ruled the design-hotel roost, and it’s hard to see how it could be any more pleasing to the eye. 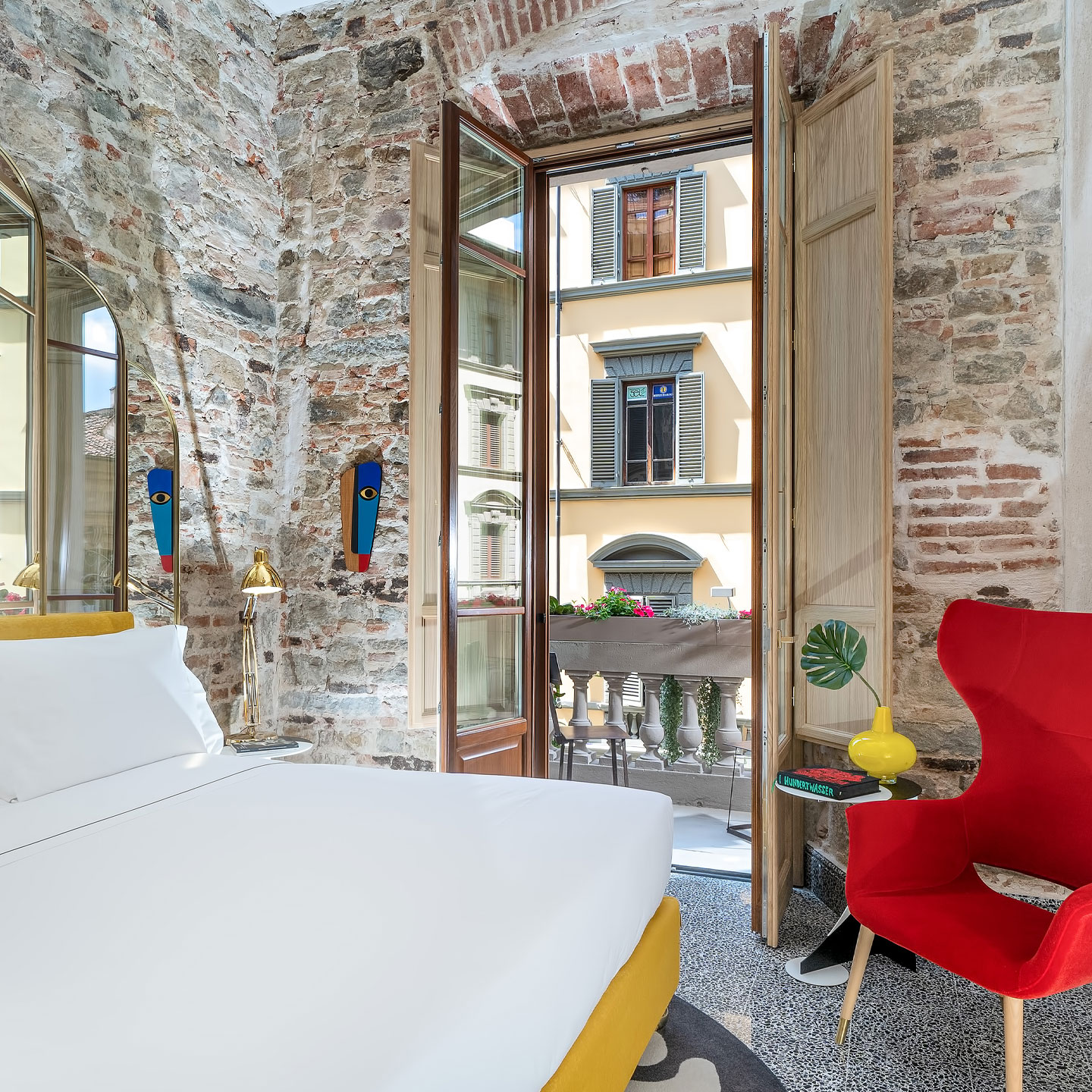 When it comes to the dramatic combination of old and new, there’s still no one quite like Italy’s boutique hoteliers. In the case of Florence’s Hotel Calimala, original architectural features like crumbling stone walls mix custom-designed modern furniture and lighting. It doesn’t hurt that Calimala started with some pretty promising raw material: an ornate and beautifully weathered 19th-century palazzo on Via Calimala, right in the heart of the city’s historic center. 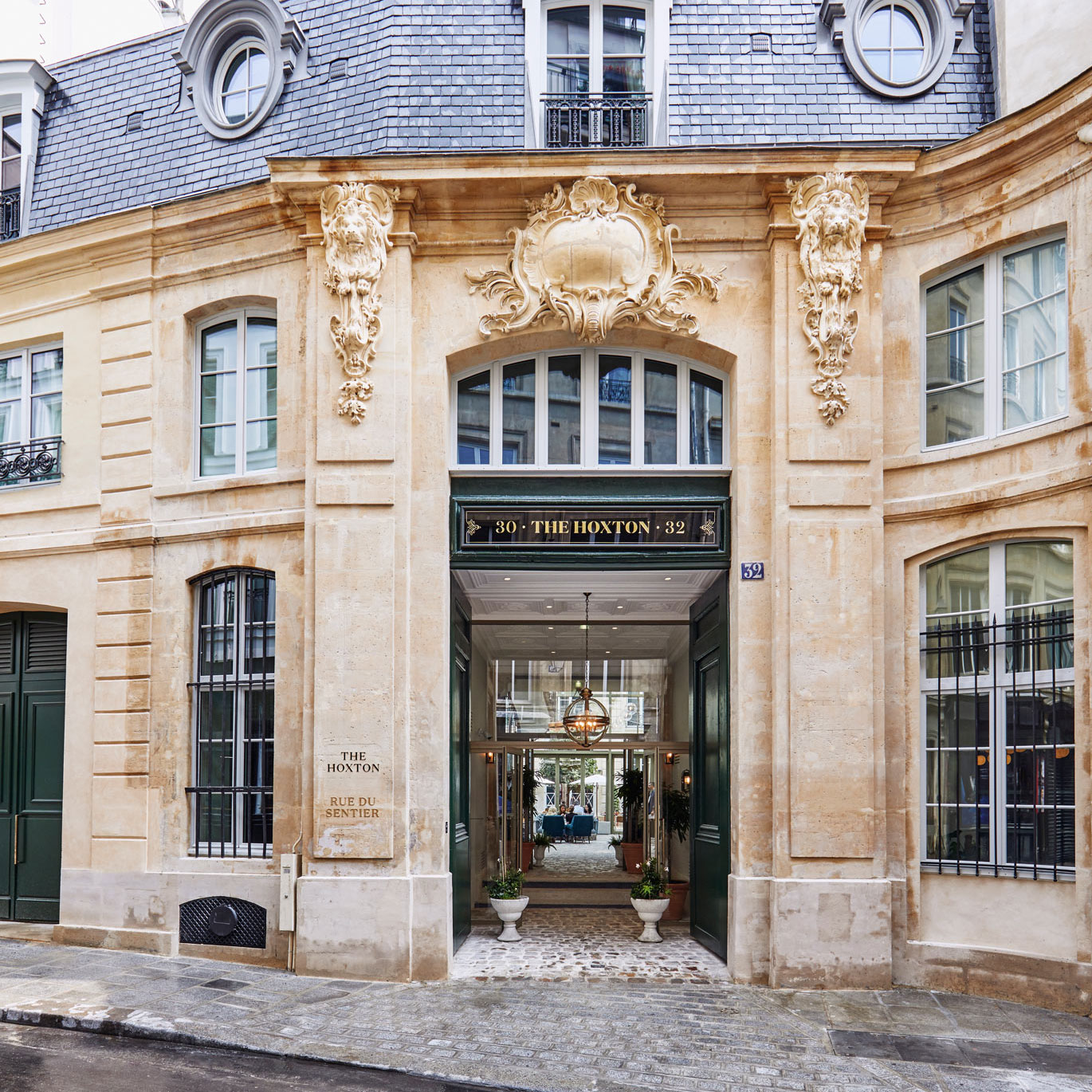 The Hoxton hotels were, of course, born in the London neighborhood of the same name, so they’ll always have a British accent — but their first overseas expansion proves that they’re quite flexible in adapting to their surroundings. The Hoxton, Paris is quite an adaptation, commandeering an 18th-century mansion in a particularly hip corner of the 2nd arrondissement and turning it into a chic, modern, and relatively affordable boutique hotel in the signature modern-bohemian Hoxton style.

Amanruya means “Turkish dream,” and this resort is dreamy indeed, built into a hill high above the sea, with architecture inspired by Mediterranean and Ottoman design. Suites are arranged along quiet footpaths, imitating the layout of a clifftop village. Each was constructed using traditional building techniques and materials, but needless to say, this isn’t your Turkish grandmother’s house. Contemporary amenities are plentiful, as you’d expect from an Aman hotel. 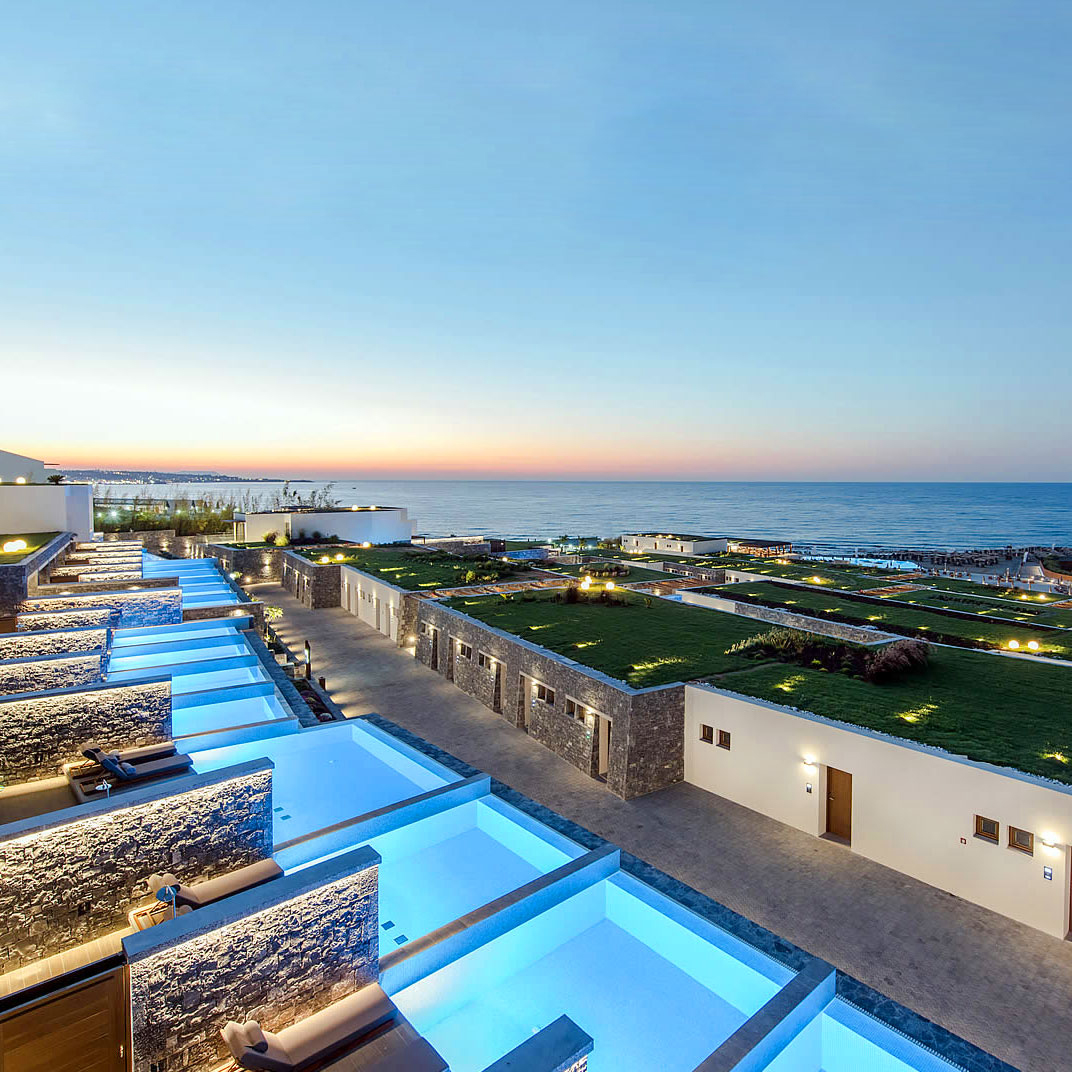 It’s not every day something so luxurious and, well, monumental opens on Crete; the advent of the Nana Princess certainly qualifies as a big deal. And while certain concessions are made to tradition — rough-hewn stone walls abound, for example — the overwhelming impression is one of gleaming, modern opulence, from the massive, futuristic spa complex to the orderly rows of suites and villas cascading down towards the beach — terraced to allow most everyone a clear view out to sea.