Grizzled old ship captains tend not to mince words nor waste them, so neither will we. This is a list of hotels that have a seafaring slant. Each of them either connects with, or celebrates, the nautical history of their home port. Some of them even do a little floating of their own. Enjoy, ye lily-livered landlubbers. 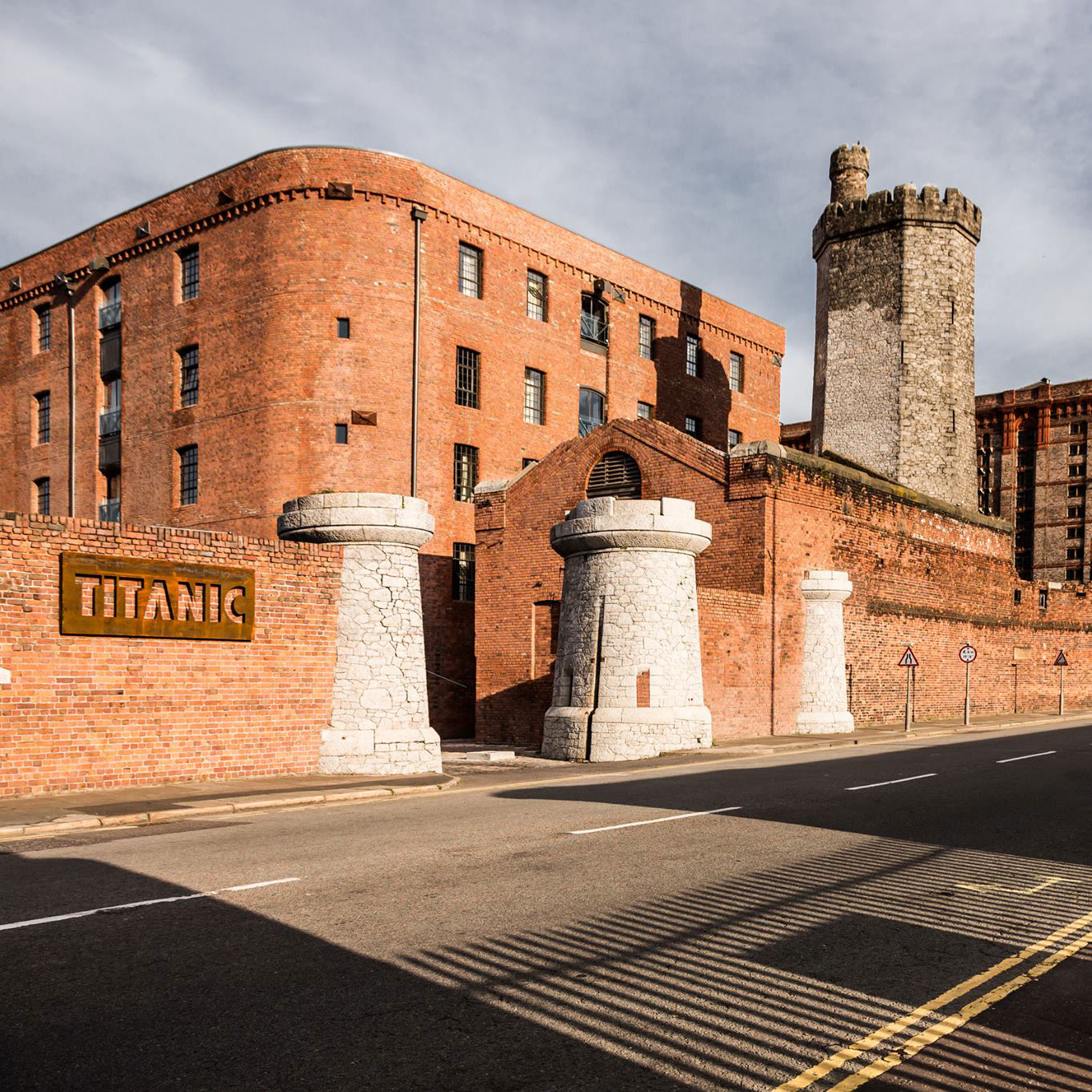 Know first that the Titanic Hotel is firmly, safely situated on land, in a restored 19th-century warehouse on Liverpool’s revitalized Stanley Dock waterfront development. The second thing to know is that while there was talk of the Titanic being a themed hotel, a sort of dry-land homage to the ill-fated ocean liner’s air of tragic opulence, cooler hospitality heads prevailed. References to the historic ship are scattered throughout, but the atmosphere is not only decidedly contemporary, but somewhat restrained as well. 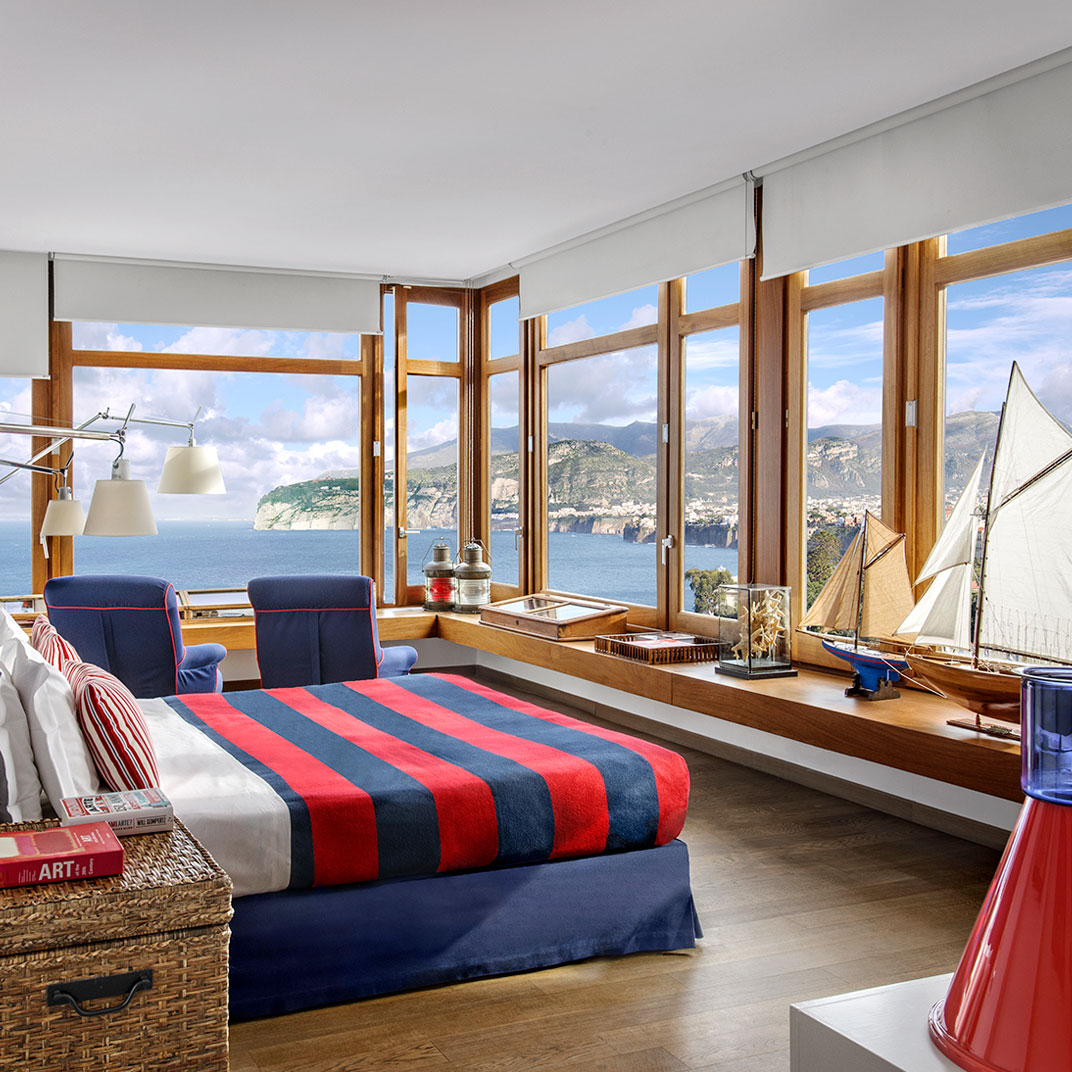 It’s refreshing to find a hotel in this part of the country that’s not selling an idyllic fantasy of pre-modern Italian life. And yet just off La Minervetta’s doorstep is everything the Amalfi coast is famous for, including the marina and the ferries to Capri or Naples — a seafaring life that’s represented in the hotel’s decor, either through the bright and sunny colors, the views through full-length windows over the Bay of Naples, or, more literally, nautical fixtures, maritime flag prints, and model sailboats.

The original Captain Whidbey Inn certainly didn’t lack for charm — this 1907-vintage lodge on the Puget Sound looks like the Pacific Northwest counterpart to Wes Anderson’s Moonrise Kingdom. All it needed was a little nudge into the 21st century, and that’s what its new owners sought to provide. Surrounded as it is by old-growth fir trees, nestled right against the shore of Penn Cove, it’s got atmosphere to spare. The vibe is still classic Northwest maritime-meets-camp, it’s just been focused a bit. 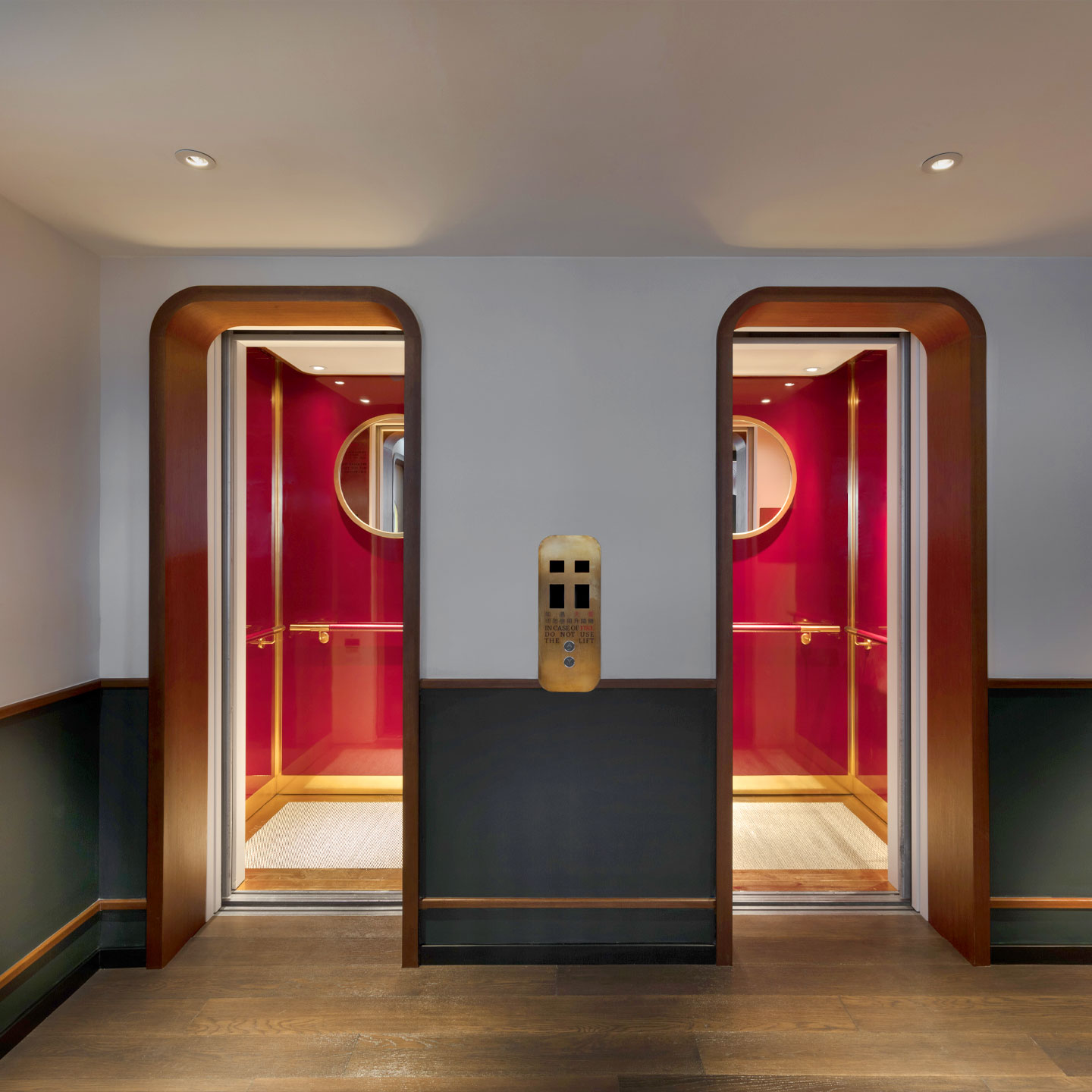 Some hotels go in for design that’s skin-deep, but character isn’t something you can buy off the rack and apply ready-made. The Fleming, on the other hand, begins with design at its heart. The location, in Wanchai, places it close to the harbour, and the style recalls the Streamline Moderne architecture of the ferries and terminals. In fact, “recalls” might not be a strong enough word — don’t be surprised if you feel the occasional urge to reach out and steady yourself against a phantom wave. 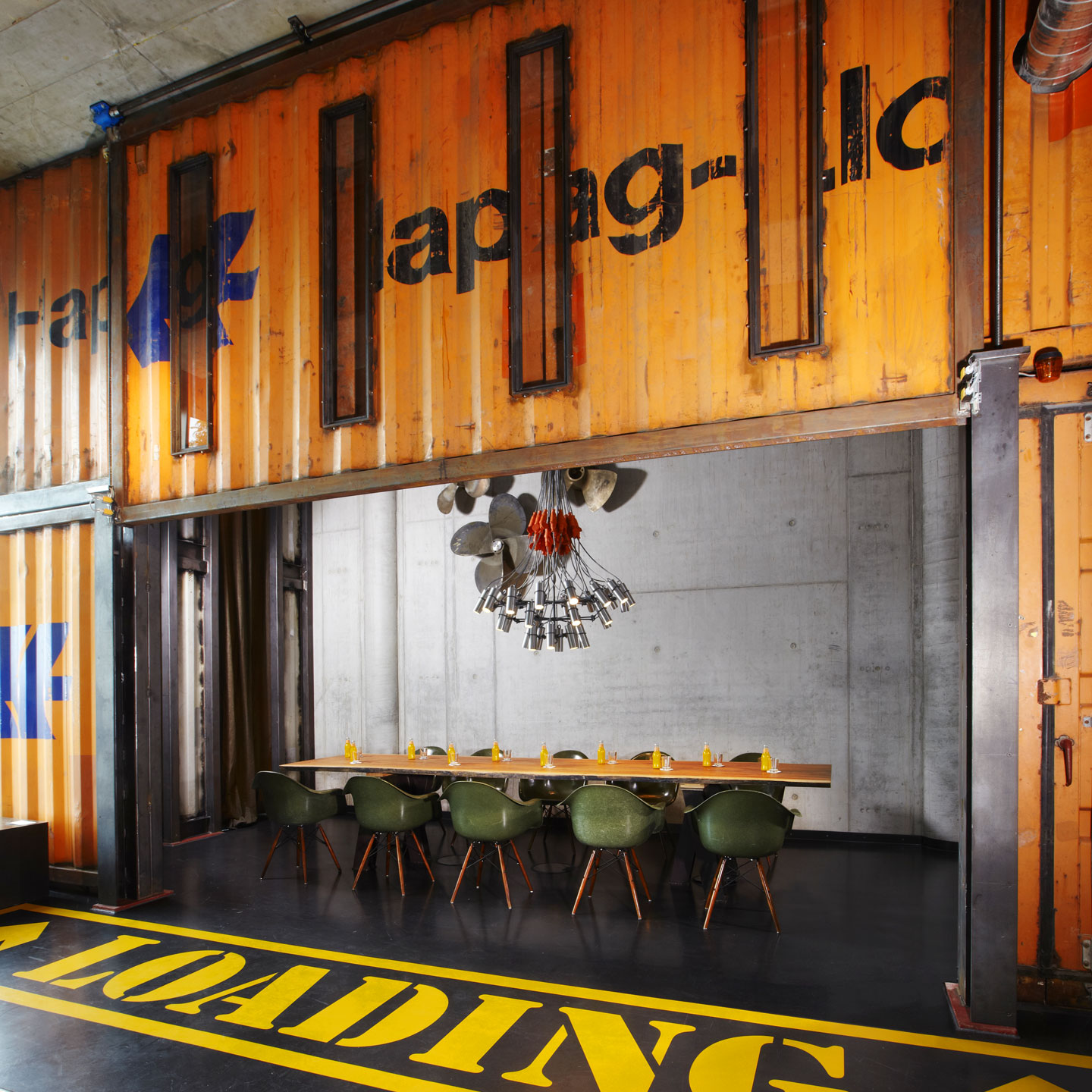 HafenCity is Hamburg’s big urban renewal project, a redevelopment of a sizable portion of the waterfront port district into the sort of mixed-use residential/commercial district that’s at the heart of modern urban planning. The 25hours designers were clearly quite aware of their location — the décor is full of references to the shipyards and docklands of old Hamburg. The theme lends a certain shipboard charm to the smaller of the rooms (or cabins, as they’re called), and a bit of added personality to the larger ones. 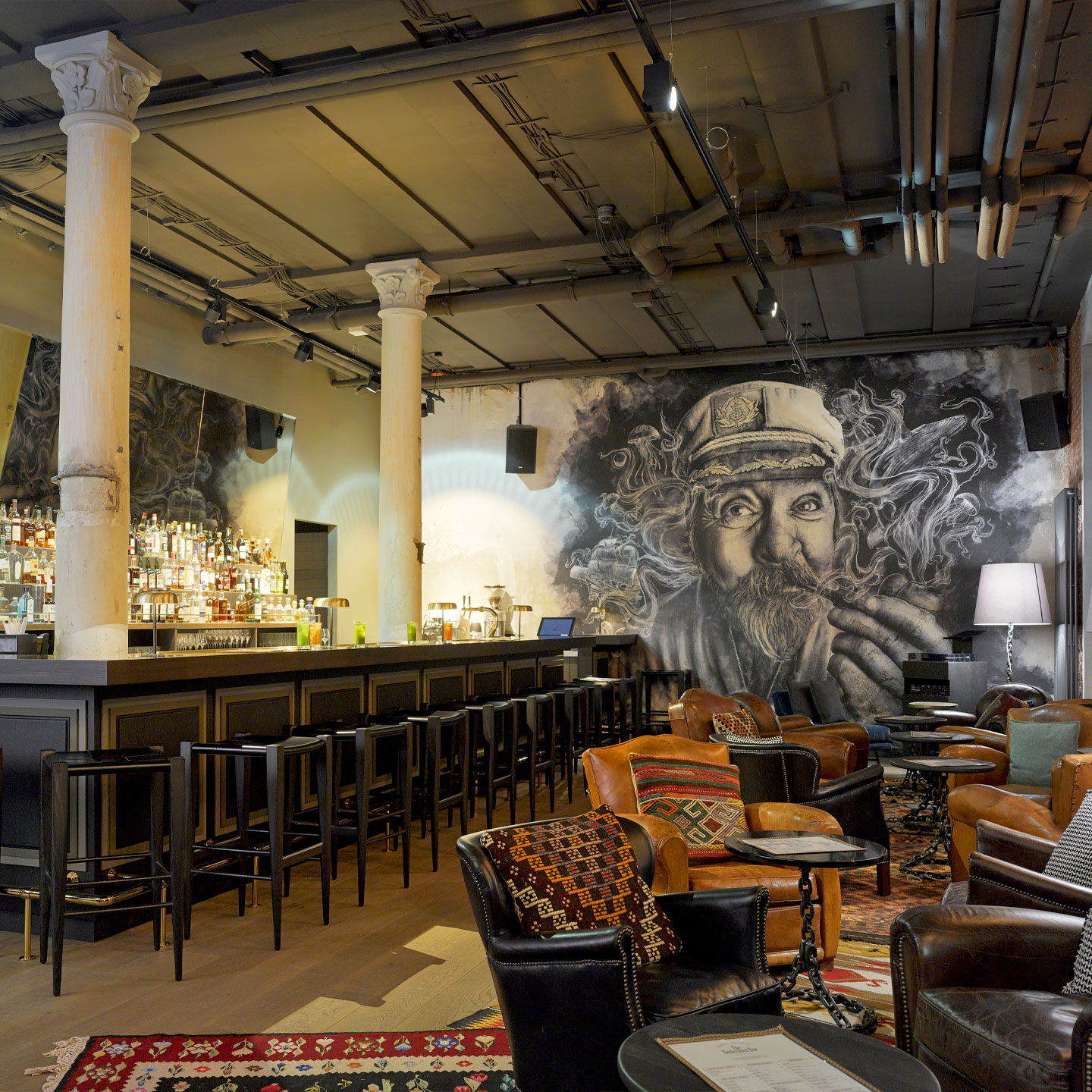 Hamburg knows the value of its waterfront, and is currently rehabilitating huge swaths of industrial, run-their-course harbor sites to drum up more visitors, particularly the business set. Case in point: the erstwhile Office for Electricity and Harbor Construction, gutted and reinhabited by 25hours Hotel Hamburg Altes Hafenamt. The past still lives in its way — a whiff of the sea-captain persists — but it’s combined with a healthy dose of the boutique chain’s fresh irreverence. 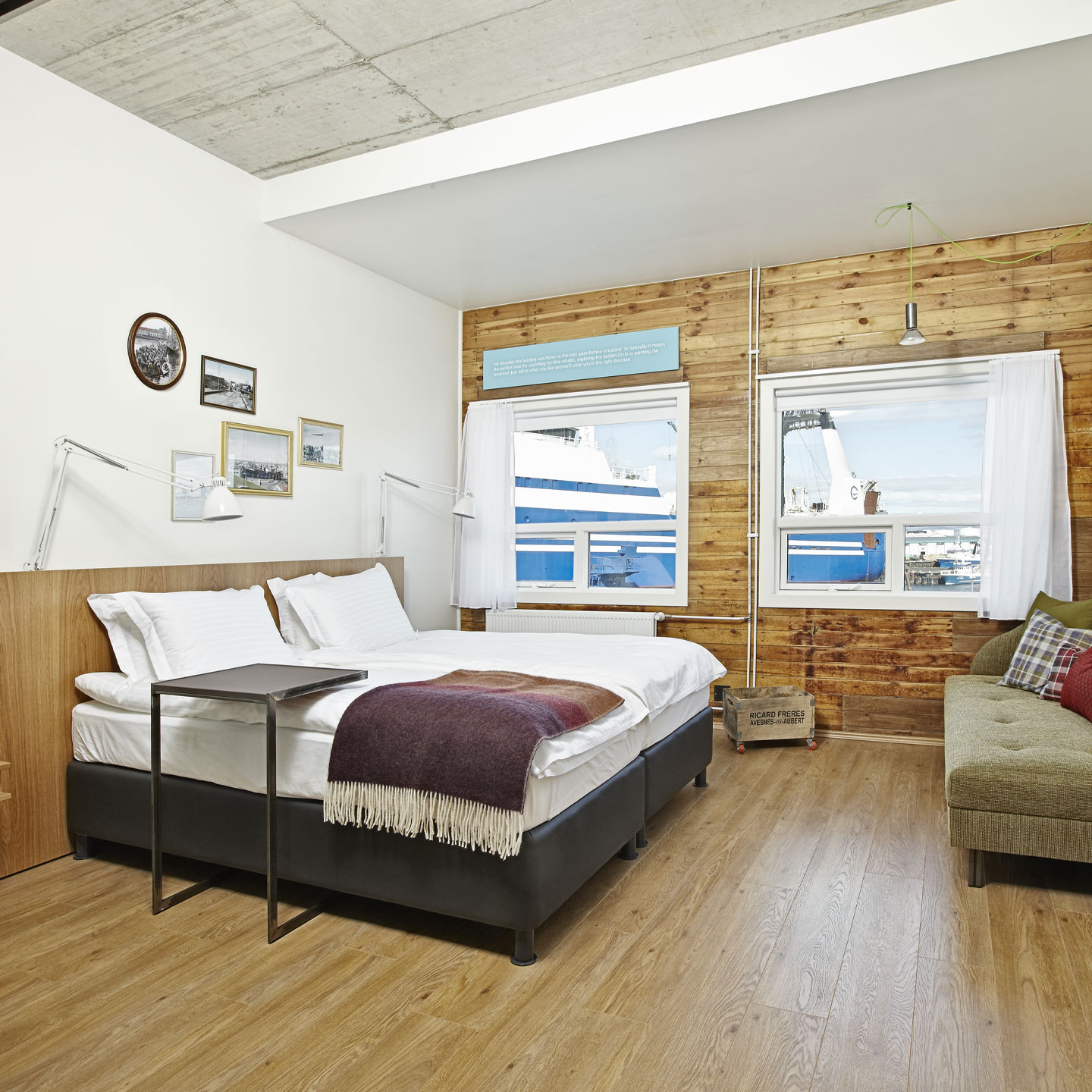 Until quite recently, Reykjavík made little of its maritime connection. Icelandair Hotel Reykjavik Marina makes reference to Iceland’s seafaring history without lapsing into kitsch; photos and illustrations on nautical themes exist comfortably side by side with abstract modernist patterns and the sort of sparse blonde-wood look that’s become a Nordic trademark. And while larger deluxe rooms and junior suites offer greater square footage, the top-floor attic rooms win on coziness, personality, and direct views of the marina itself. 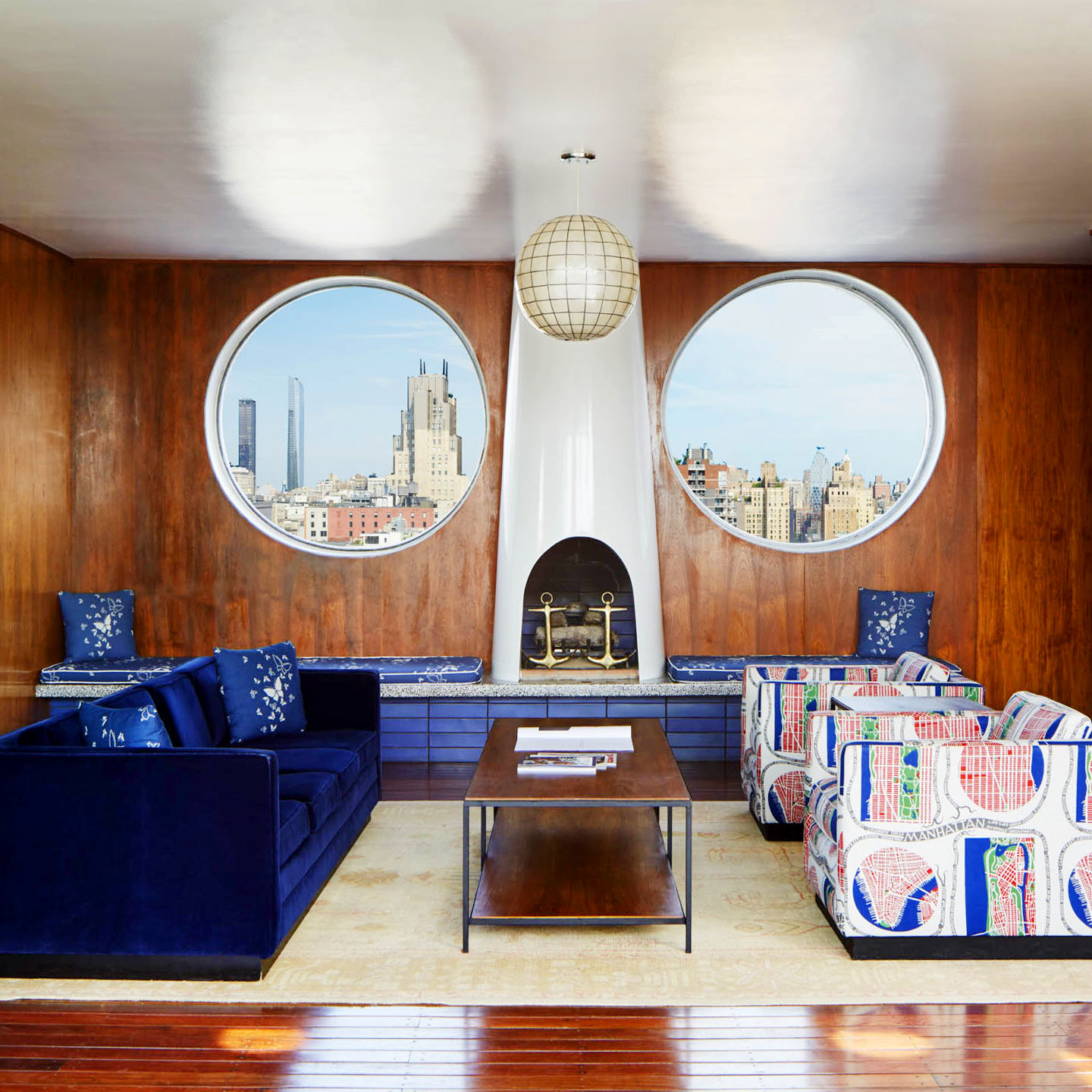 The Maritime Hotel was designed in 1966 for the National Maritime Union; hence its name, and hence its nautical theme. Today it’s one of New York’s hipster hangouts, owing as much to its location (just off the Meatpacking District) as to the charms of the hotel itself. This is not a traditional hotel, by any stretch — all rooms face westward, looking over the Hudson River and New Jersey through five-foot porthole windows. The rooms are compact, but well-designed, with built-in furniture that echoes the ship’s cabin conceit in all its wood-paneled glory. 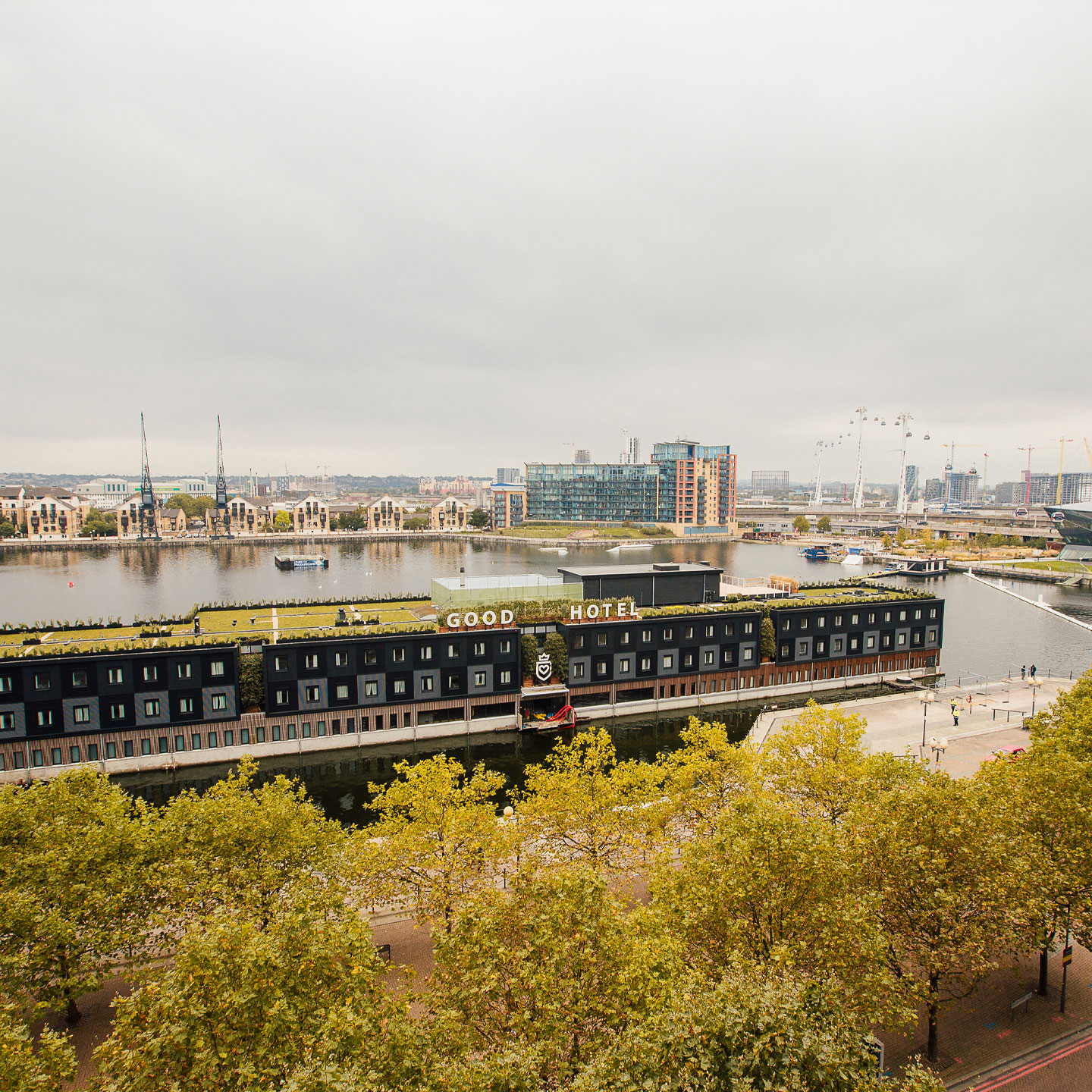 This is a London hotel that redefines waterfront real estate: Good Hotel London literally floats on an inlet of the River Thames. And that’s not even the most surprising thing about it. Built in the Netherlands as an immigration detention center, it welcomed visitors to Amsterdam before a submersible barge transported the whole thing across the North Sea to the Royal Victoria Docks, just east of Canary Wharf. The team here likes to brag that they have views most Londoners could only dream of waking up to, and they’re not exaggerating. 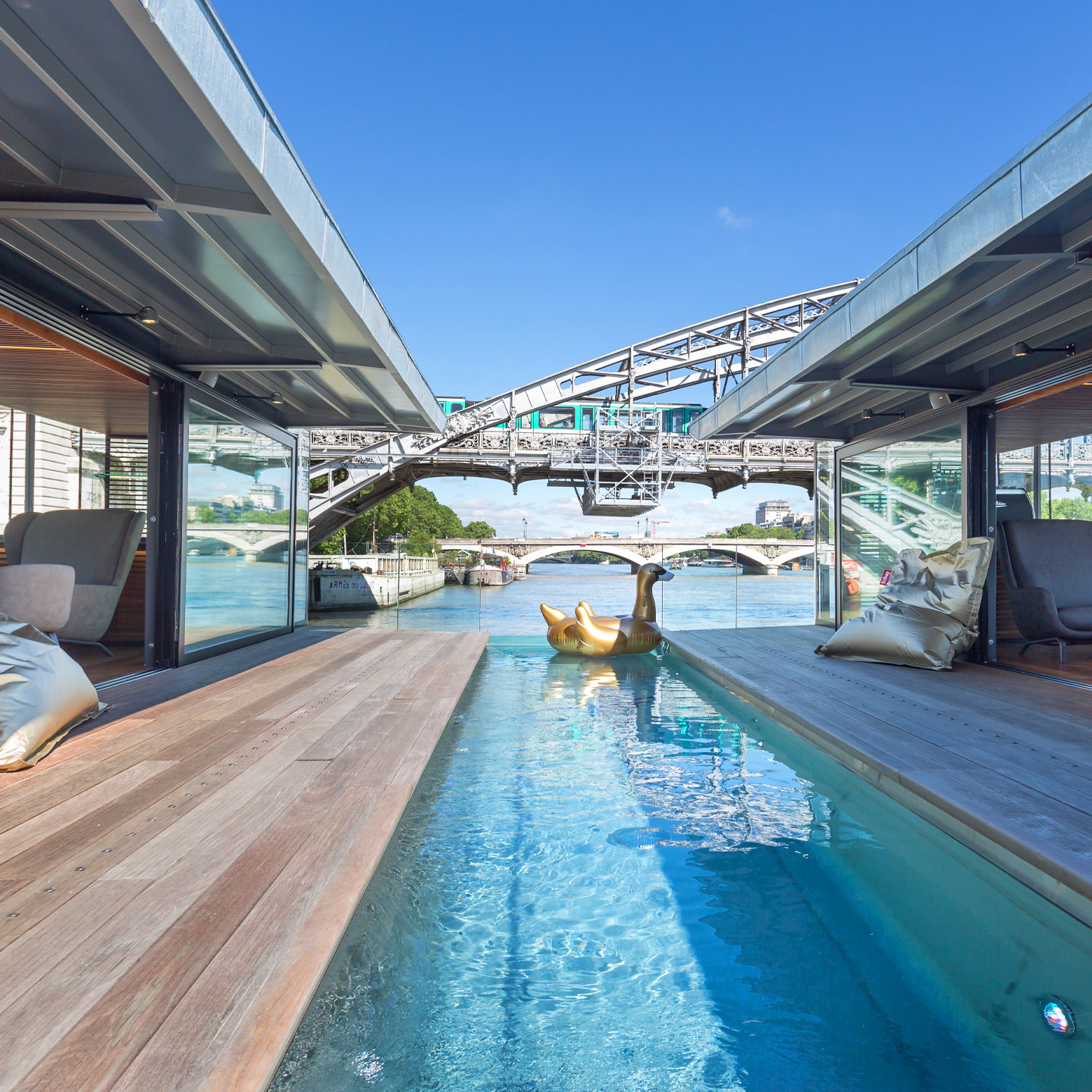 OFF Paris Seine occupies a gently bobbing twin-hulled barge moored to the Left Bank, alongside the Gare d’Austerlitz in the 13th Arrondissement. It’s partly intended as something of an advertisement for relieving excessive urban density through waterborne living. The seafaring feeling is subtle — the Seine isn’t exactly a rushing rapid — but it’s present all the same, thanks to the low-angle views of the river and the gentle motion of the boat. What could come off as a novelty is instead a tasteful, stylish, and remarkably comfortable hotel. On the water. 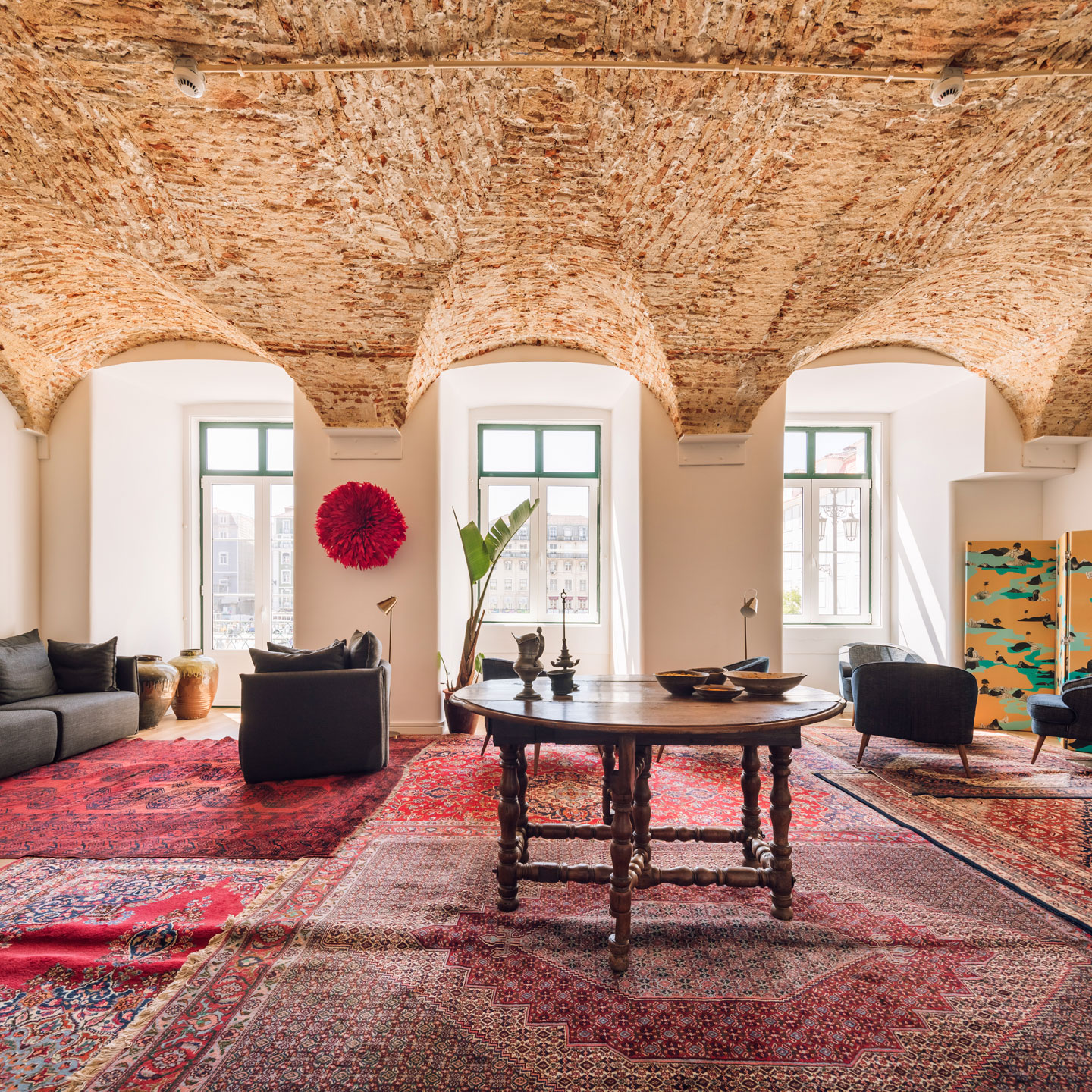 Portugal’s rebirth as an international travel hotspot is of quite recent vintage, but the Visionare Apartments would like to remind you that Lisbon has been a cosmopolitan nexus since the sixteenth century. It’s this era of exploration and global trade that the Visionaire seeks to evoke, taking its stylistic inspiration from a traditional merchant’s house, and incorporating influences from every port that Portuguese ships visited, from Cape Verde to Goa to Tokyo. 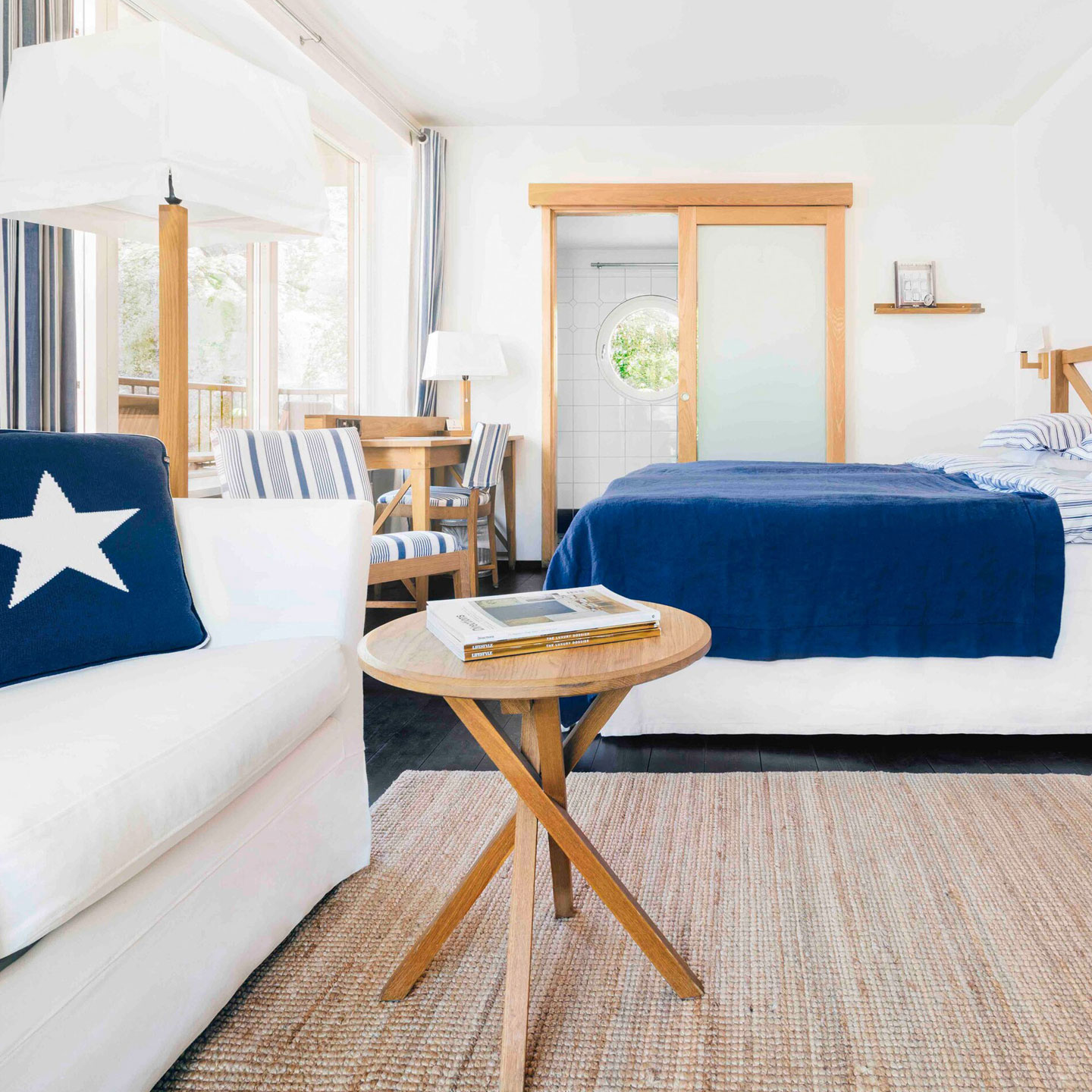 Stockholm’s island suburb of Nacka Strand is where you’ll find Hotel J, a modernist seaside structure housing a boutique hotel and restaurant that offer a healthy bit of maritime atmosphere. Except the maritime atmosphere being offered comes from 3,300 nautical miles to the west. The paneled wood and nautical colors of Hotel J are inspired by the New England town of Newport, Rhode Island — and in fact there’s a subtle strain of Americana throughout, as well as plenty that’s cheerful, colorful and oh-so-Swedish.

Piscine Molitor was, from the Twenties through the Eighties, a unique Paris landmark, an indoor and outdoor swimming pool complex which, in its Art Deco splendor, resembled nothing so much as an inside-out cruise ship: a little ocean ringed by porthole-studded cabins. And after a quarter-century of disuse, during which time it became a canvas for a burgeoning Parisian street-art scene, it’s found a second life as an Art Deco–influenced bathing complex — but this time around it’s also a luxury hotel, the Hotel Molitor Paris, designed by the architect Jean-Philippe Nuel. 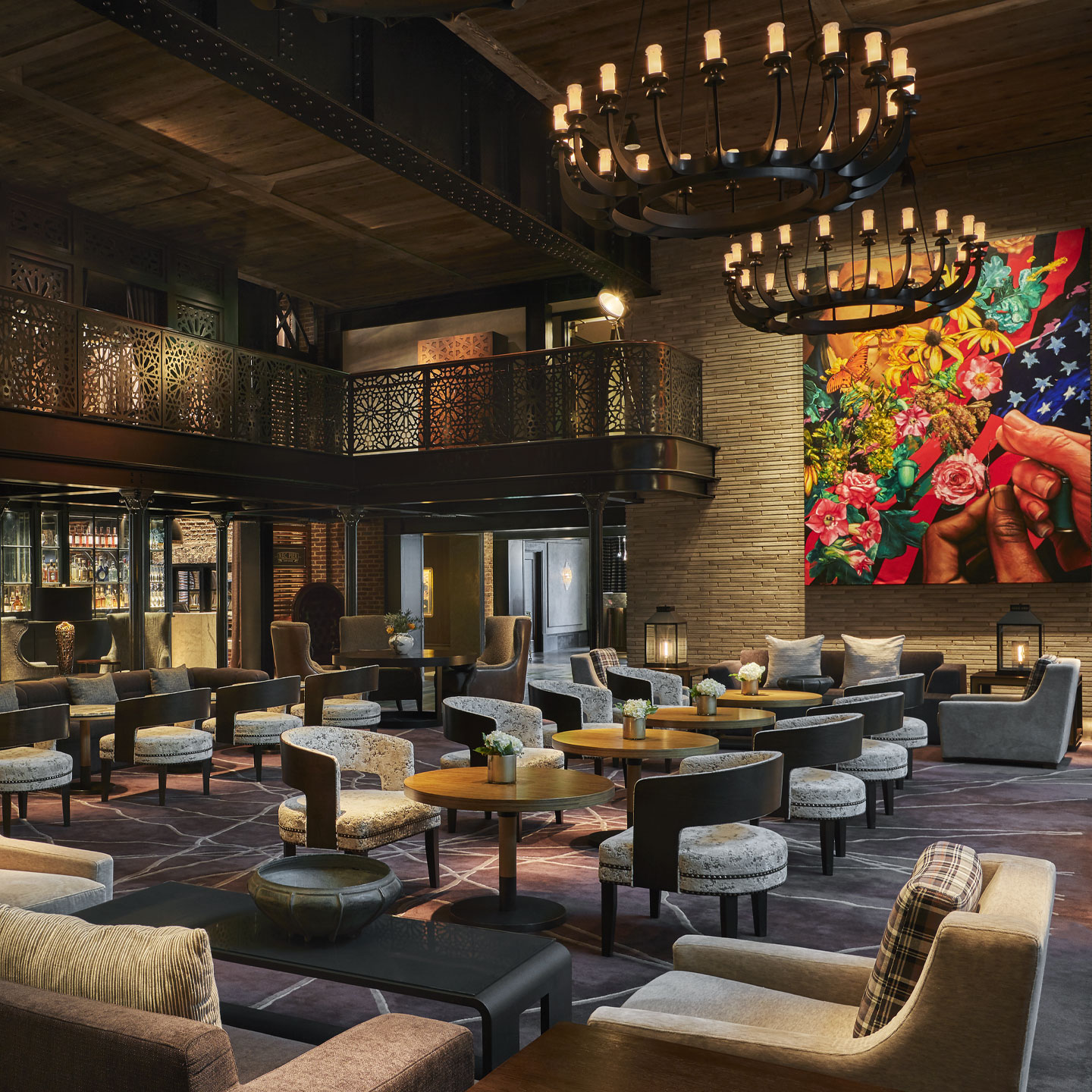 The harborside neighborhood of Fell’s Point isn’t just Baltimore’s liveliest corner, with the highest concentration of restaurants and bars, it’s also home to the historic Recreation Pier — on which, above the waters of the harbor, stands the Sagamore Pendry, a renovation of a grand century-old building. The Sagamore Pendry’s guest rooms are modern in aspect and contemporary in style, but full of historical atmosphere — the décor bears a slight nautical tinge, though it stops well short of theme-hotel kitsch. 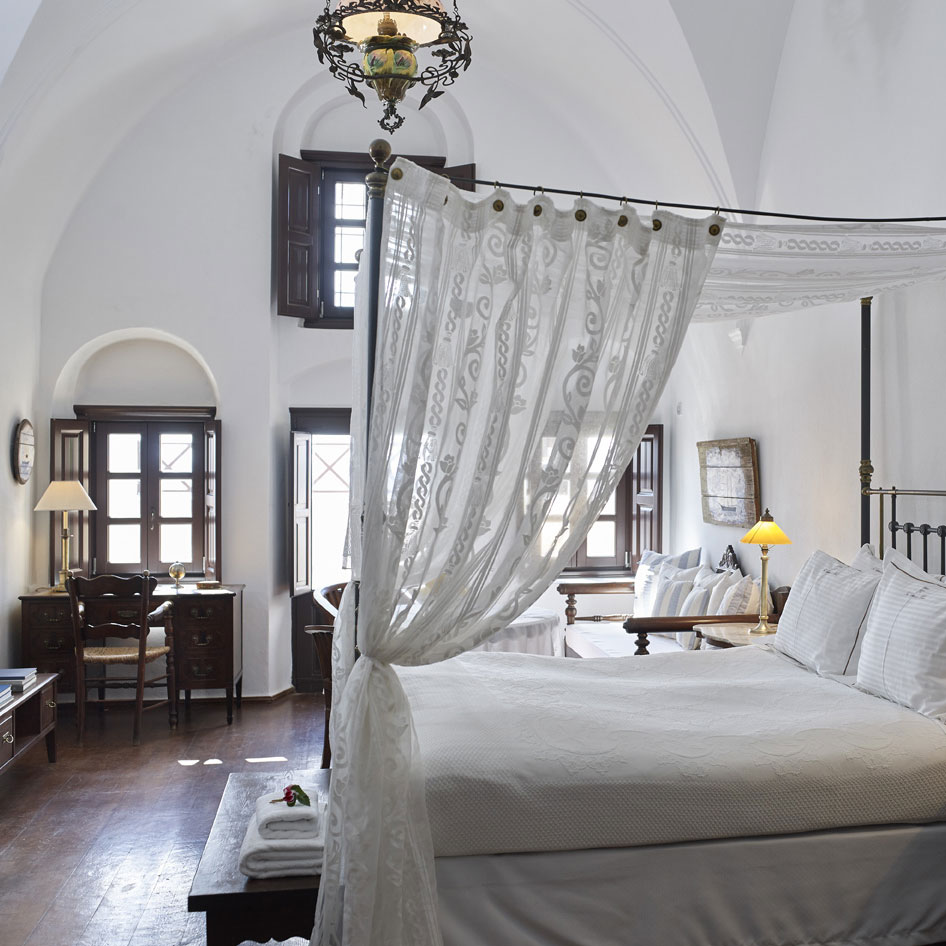 Even on Santorini, there are locations, and then there are locations. Oia, at the top of the inner crescent, is probably the island’s most picturesque town, its terraced residences cascading precipitously down the cliffside. The Sea Captain’s House joins them — with just four suites (and no reception or other common space), it’s scarcely a hotel at all, presenting what’s essentially an idealized, luxe version of Oian village life. Safe to say, the eponymous Sea Captain never had it so good when he lived on this site back in 1864.

Sea Containers takes its name from the first tenant of this 1974 building designed by modernist architect Warren Platner. Fittingly, the hotel fancies itself an ocean liner, and the first thing you’ll encounter is a curvaceous structure that creates the illusion that the reception desk is located just above the waterline of an arresting copper-clad cargo ship. Space is plentiful in the rooms and suites, as is sunshine, a welcome departure from the cruise-ship theme, and one side of the hotel is treated to an extraordinary front-row view of the Thames. 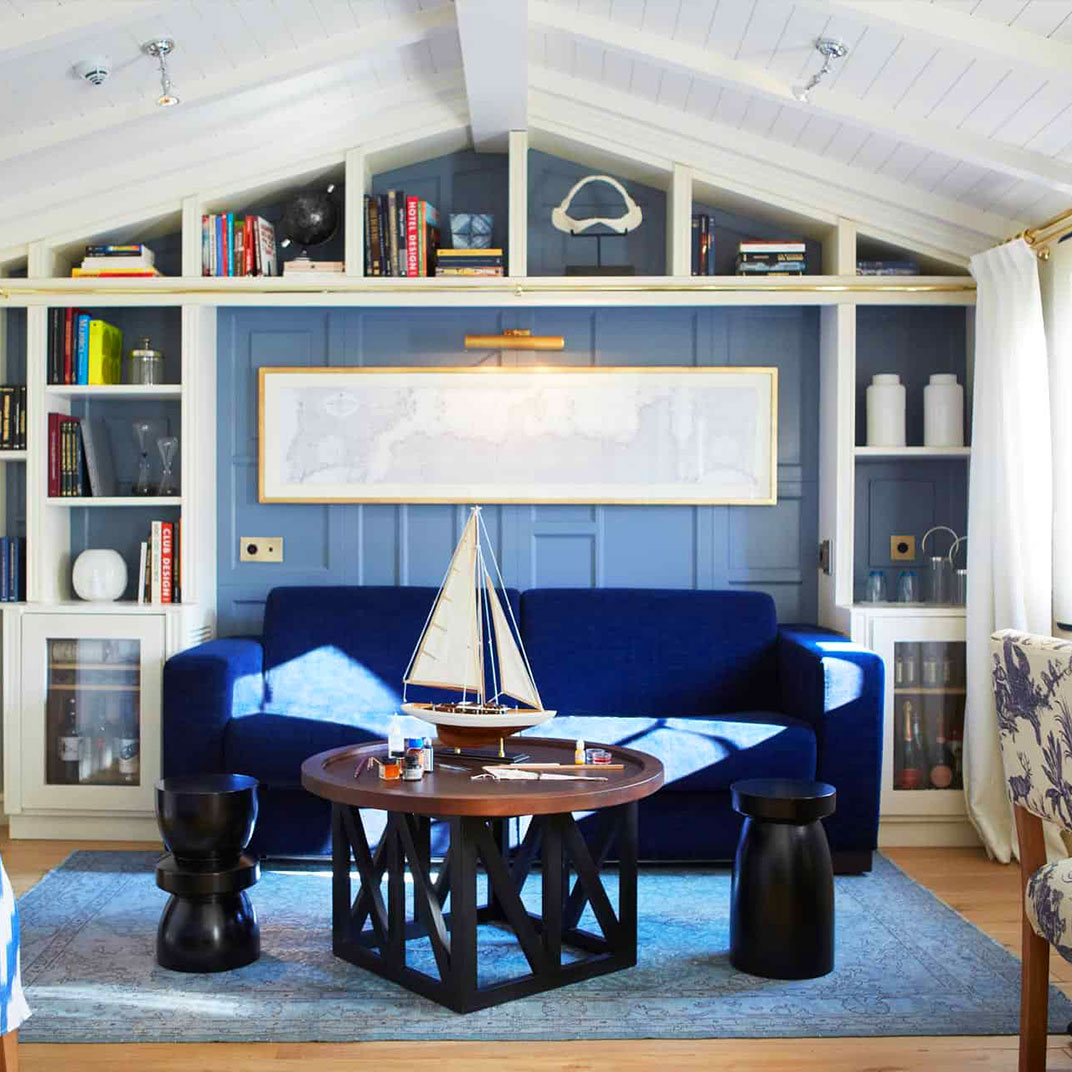 Designer Lázaro Rosa-Violán calls himself a “style hunter” and an “urban archaeologist,” which might be good for a chuckle — except that, looking at his work, it’s obvious he’s got a point. The Cort is the kind of hotel that routinely gets described as “curated, not designed,” and to pull it off requires extraordinarily good taste. Here he takes a bit of inspiration from authentic Scandinavian maritime culture — a surprisingly good fit for seafaring Spain — and applies a keen collector’s eye to a very well-edited selection of contemporary furnishings and eclectic decorative elements.

It’s impossible to resist Ovolo Woolloomooloo’s location, an old finger wharf extending out over the water, still surrounded by docked vessels and affording prime views of the marina, the city, and the landmarks on the Harbour. As is typical in industrial retrofits, some of the wharf’s structure and machinery is left exposed for effect, and rooms are loft-style, with king beds perched above living areas. The décor is maximalist, with colonial windows, Edison bulbs, and articulated lamps collectively signifying a thoroughly contemporary design perspective. 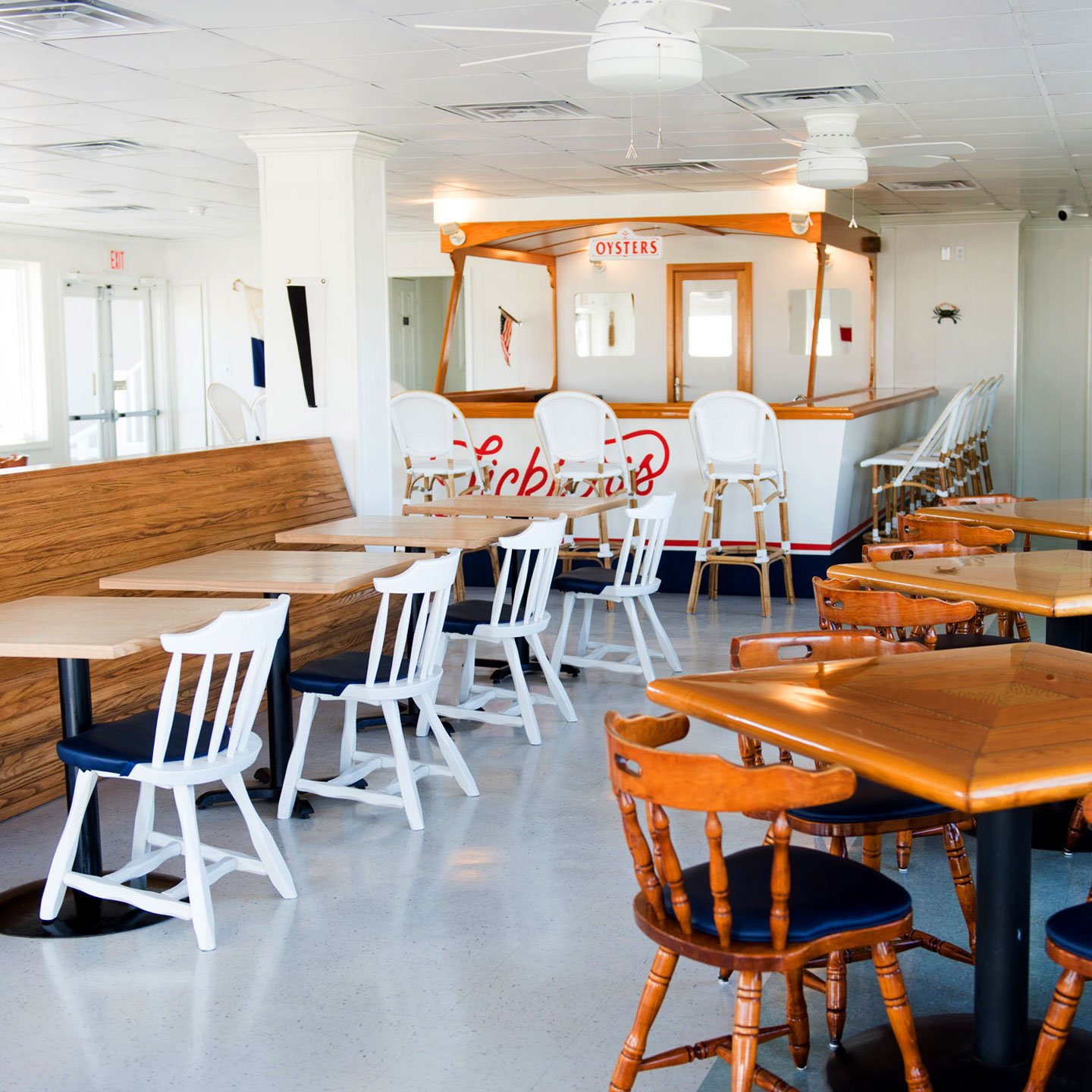 This 1898-vintage boarding house has been thoroughly updated, its rooms and suites redesigned in a contemporary-classic style. Maritime colors and materials — wood and brass, sisal and rattan — reinforce the connection to the Chesapeake Bay seafaring life, while the comforts are pure modern luxury. And you’ll find the Wylder has much to recommend it outside of the accommodations, including a saltwater pool and a private marina, as well as partnerships with local fishing charter captains, in case you’ve arrived without your own vessel.