Jamie Sims Coakley reflects on women’s rights both at home and abroad, and shares her experience traveling without her husband to a country that’s still struggling with gender equality.

When I first visited a women-only Korean spa in Los Angeles I was a little intimidated by the no swimsuit policy. I wasn’t in the habit of being completely nude around strangers, and it went against all of my protective programming. I was afraid to be so vulnerable, but it was a good friend’s bridal shower, so I sucked it up and got naked.

The experience was, to say the least, a revelation. All kinds of women — every ethnicity, age, and body type — were soaking, relaxing, and socializing together, completely naked. There was no feeling of judgment, and regardless of how thin or fat or young or old, everyone was walking around with an air of comfort and acceptance of their bodies. I was hooked. All the years of harsh judgment and standards of perfection I had allowed to be leveled upon me by society melted away. There was no “perfect” body, and a perfect body was not required to be confident, beautiful and happy.

The complete and total absence of men was something I hadn’t really experienced on this level before. It caused me to examine the influence I felt: the pressure to perform, to behave, to be on guard, to be smart, to be kind, to be pretty — to do all of the things a woman is expected to do in the presence of men.

Fast forward ten years and my best friend is planning an all-girls’ surf trip to Sri Lanka. I’d never been to that part of the world, and was excited about visiting a place so different from anywhere I had been. I was also a bit apprehensive. This was a place where the language was so far from anything I had seen or heard; a place where the culture evolved out of the Buddhist and Muslim faiths, not Christianity. It was a place just barely finding its footing again after a decades long civil war and we would be three white western women traveling without a man.

As any good adventurer does, I did my research on the culture and what was safe and unsafe for women traveling there. I tried to learn a few Sinhalese words and pack an appropriately modest wardrobe, even though we would be staying in a beachside community. I kissed my husband and son goodbye and off we went.

I found Sri Lanka to be a beautiful country with a rich history and a lot of kind and generous people. From the fully-staffed two-hundred-year-old villa where we stayed on the southwest coast, to the historic and beautiful Galle Fort (which has been transformed into a village filled with shops and restaurants), to Udawalawe National Park (where we took a safari and watched elephants in the wild), to the picturesque coves and beaches with some of the best waves in the world to learn to surf, Sri Lanka is truly a gem.

You might be wondering at this point what a Korean spa in Los Angeles has to do with Sri Lanka. The thing is, as much as I was comforted and empowered by being in a place that was “women only,” Sri Lanka felt to me a various shade of “men only,” and I was struck right away at how unprepared I was for that kind of culture.

Compared to some other countries in the region, Sri Lanka is considered by many to be a model for gender equality. It has high female literacy rates, women have had the right to vote since the 1930s, and there’s free and compulsory education for boys and girls. Sri Lanka even elected the first female, non-hereditary Prime Minister, Sirimavo Bandaranaike, in 1960. All of these things, and the fact that it was a majority Buddhist country, caused me to naively assume that it would be much more progressive towards modern women than I found it to be. 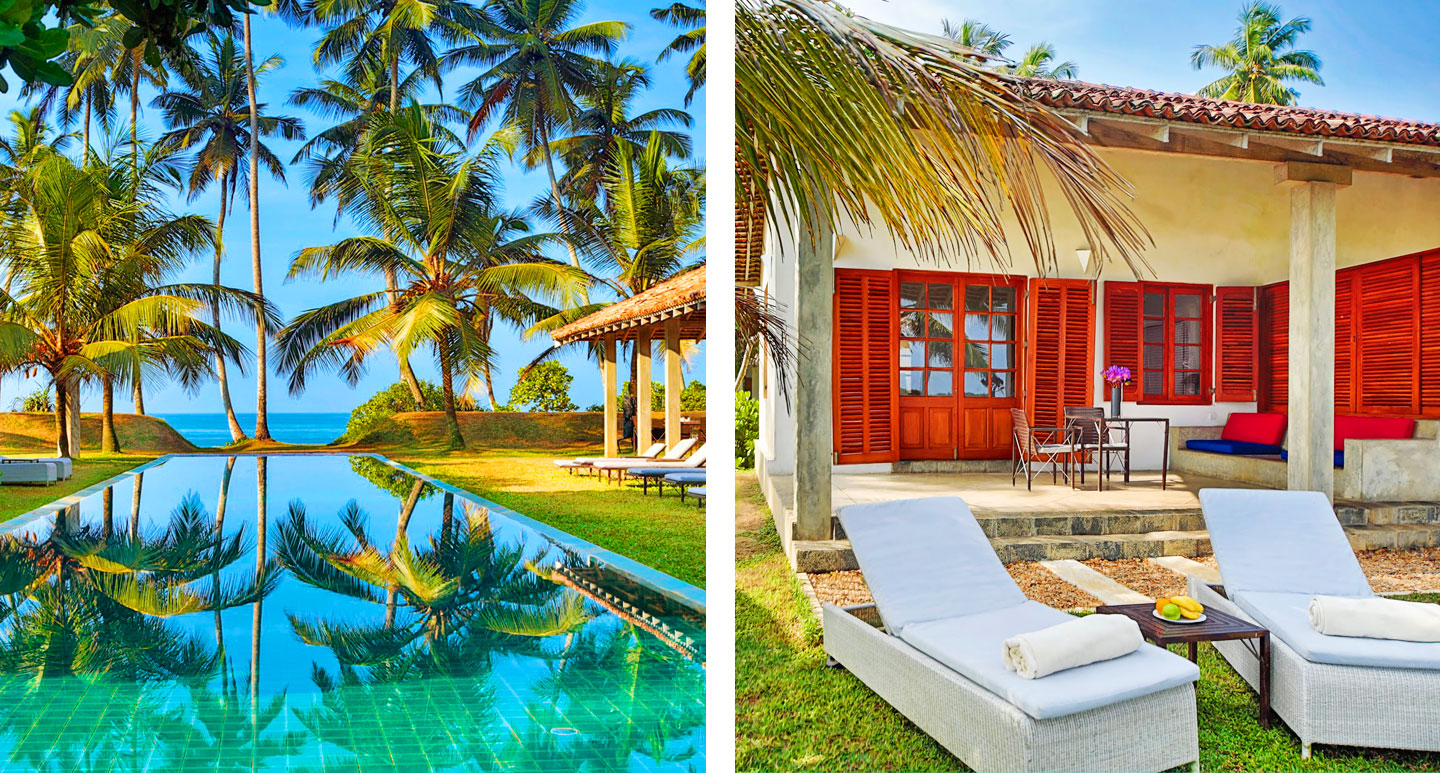 Even though Sri Lanka has made commendable achievements towards women’s rights, women’s equality is still quite elusive. Women face discriminatory marriage laws, are subject to high rates of gender-based violence, and are extremely underrepresented in parliament and local governments. Traditional roles for women center around the care of the home and family, and those regressive roles are reinforced through the education system and through a strong cultural bias.

For me, it was the subtle but powerful absence of women in the workforce that raised the red flag on women’s rights. Even though women in Sri Lanka are highly literate and educated, they are only active in the workforce at a rate of around 35%. Besides the airport and the most Western of hotels, it felt like everywhere we went (especially outside of the capital city of Colombo), business was done by men only. We often found ourselves in rooms and situations where there were no other women present, and we were almost exclusively the only women we saw without men.

That lack of female representation caused me to become much more conscious of how we were dressed, of how we behaved, and of going anywhere alone. I felt a certain vulnerability I am unaccustomed to in America. There was an underlying feeling that the freedom of movement we were enjoying was a privilege of our status as tourists and not any kind of rights we had as women.

Although the large majority of the men we encountered in Sri Lanka were kind to us, there was, especially among the older generation, an underlying energy of disapproval. It seemed to be that for some men our existence was an unwanted example of what was possible for women, and that it was only a vague curiosity and the promise of our dollars that allowed our “display” of women’s liberation to be tolerated.

In addition to the subtle looks of disapproval, there were a few incidences of outright hostility at our emancipation. The worst of it coming while we were in the security line at the airport. A man who had been right behind us for at least twenty minutes suddenly decided he wanted to go in front of us and forcibly pushed my companion and her luggage aside just as she was about to put it on the security conveyor belt. It didn’t feel like he just wanted to cut the line. It seemed very obvious by the hostile glare he cast back over his shoulder that he was making a statement as to our place beneath him, betting that even in a crowded airport at security, no one would say anything about him pushing us aside so that he could go first. And indeed, no one did. It was a small gesture of dominance but one whose message was received loud and clear by me.

When we touched down back at LAX I felt a profound sense of relief to be home, and gratitude for the strides made by women in the United States. Even though the #metoo and #timesup movements were all over the news, and women’s reproductive rights were back under attack, despite American women being grossly underrepresented in government and inequality continuing to be an issue, being in Sri Lanka made me appreciate in a deeper way how precious our hard won freedoms are. It reignited my commitment to protect the progress made and continue to push for further justice and equality.

After everything, would I return to Sri Lanka? Absolutely!

Beyond the simple pleasures of a vacation, travel is for me an opportunity to experience life beyond my Western culture and to open my heart and mind to the complexities of the world and the people who inhabit it — even when it’s uncomfortable. It allows me to see the similarities I share with of the majority of people on Earth, and see their warmth and kindness, regardless of where they call home. And it inspires me to want to cultivate a better world for everyone.

Jamie Sims Coakley is a writer, producer, and director living in Long Beach, California. She started writing at age eleven when her aunt first gave her a journal and encouraged her to put her thoughts to paper. Since then her love of writing has turned to storytelling in various forms including poetry, scripts, songs, a feature documentary film, a short memoir, and a science fiction novel she is currently working on. Jamie also has a passion for helping other artists tell their stories and find audiences. To that end she has just launched Nadine Records Media, which is a direct distribution artist collective for GenX, by GenX. Her mission is to enlighten and inspire through art and community.