Ernest Hemingway’s time in Paris is the stuff of legend, but key players in his story are often overlooked. Samuél Lopez-Barrantes sheds light on a group of pioneering women who had a lasting influence on the young writer.

He went by “Papa.” His white beard rivaled Santa Claus’s. He saw the battlefield in WWI and WWII. He wrote drunk and edited sober and hunted rhino in Tanzania. He was a boxer and a fisherman and a survivor of multiple plane crashes. For most people who visit Paris, this is the image they have of Ernest Hemingway: a larger than life symbol of rugged masculinity whose truest purpose in life was to be one with the bulls.

That legend of Hemingway has, by now, subsumed all other parts of his story. We forget that when he first arrived in Paris, no legend yet preceded him. We forget his path of becoming and those who shaped him. Tourists flocking to the Hemingway haunts below often overlook the strong, successful women who shared these same addresses and helped young Ernest become “Papa” Hemingway. 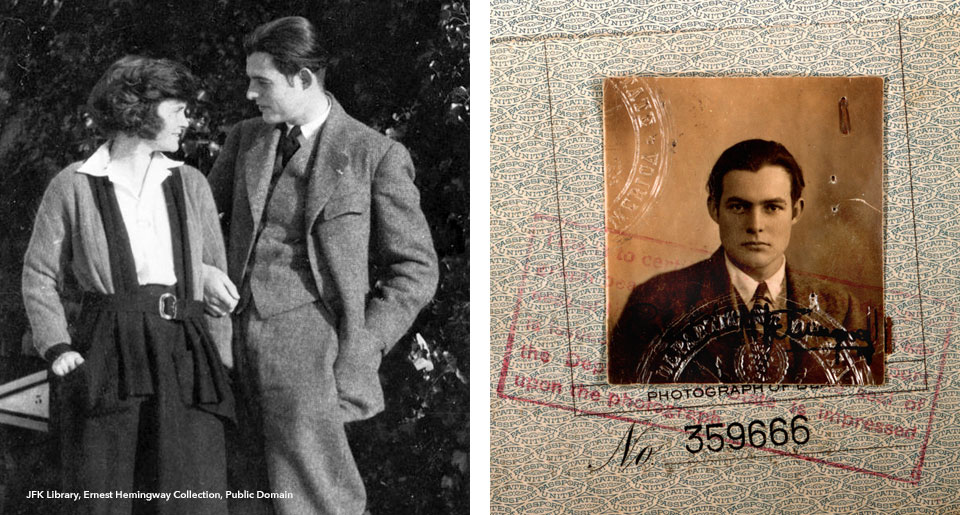 In January 1922, Ernest moved to the narrow cobblestone streets of Place Monge with his wife, Hadley Richardson. The daughter of a famous singer (Florence Wyman Richardson), Hadley was a talented musician in her own right, and used her own inheritance to fund Hemingway’s exploits during his early years in Paris. Hadley was a strong, supportive woman who raised her and Ernest’s first son, Jack, largely by herself. After five years, she had had enough of Hemingway’s playboy lifestyle. But in recognition of Hadley’s strength, devotion, and sacrifice in support of his writing, Hemingway signed over all of the royalties from his first novel, The Sun Also Rises, to Richardson. 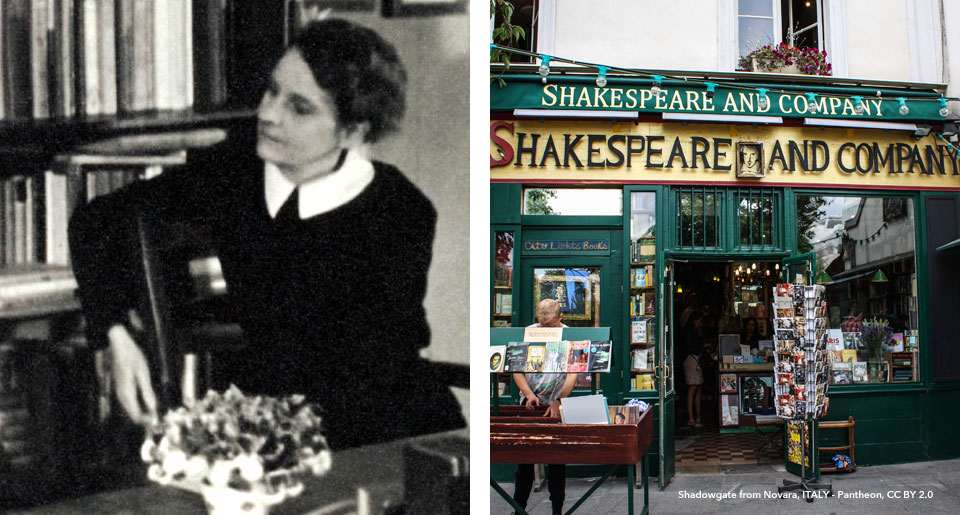 Much like Hemingway, Sylvia Beach volunteered for the Red Cross during WWI. After the war, Beach moved to Paris and fell in love with one of the first female booksellers in France, Adrienne Monnier. Soon after, she opened what is arguably the single most important bookstore in all of modern literature: Shakespeare and Company. Not only did Sylvia Beach publish James Joyce’s Ulysses and Hemingway’s earliest short stories, she also lent Joyce, Hemingway, and other writers books and money to support their dreams. Although the original bookstore closed in 1941, there’s a “new” Shakespeare and Company at 37 Rue de la Bucherie. Its owner, Sylvia Whitman, was fittingly named after one of the 20th century’s most important yet under-appreciated female figures in literary history. 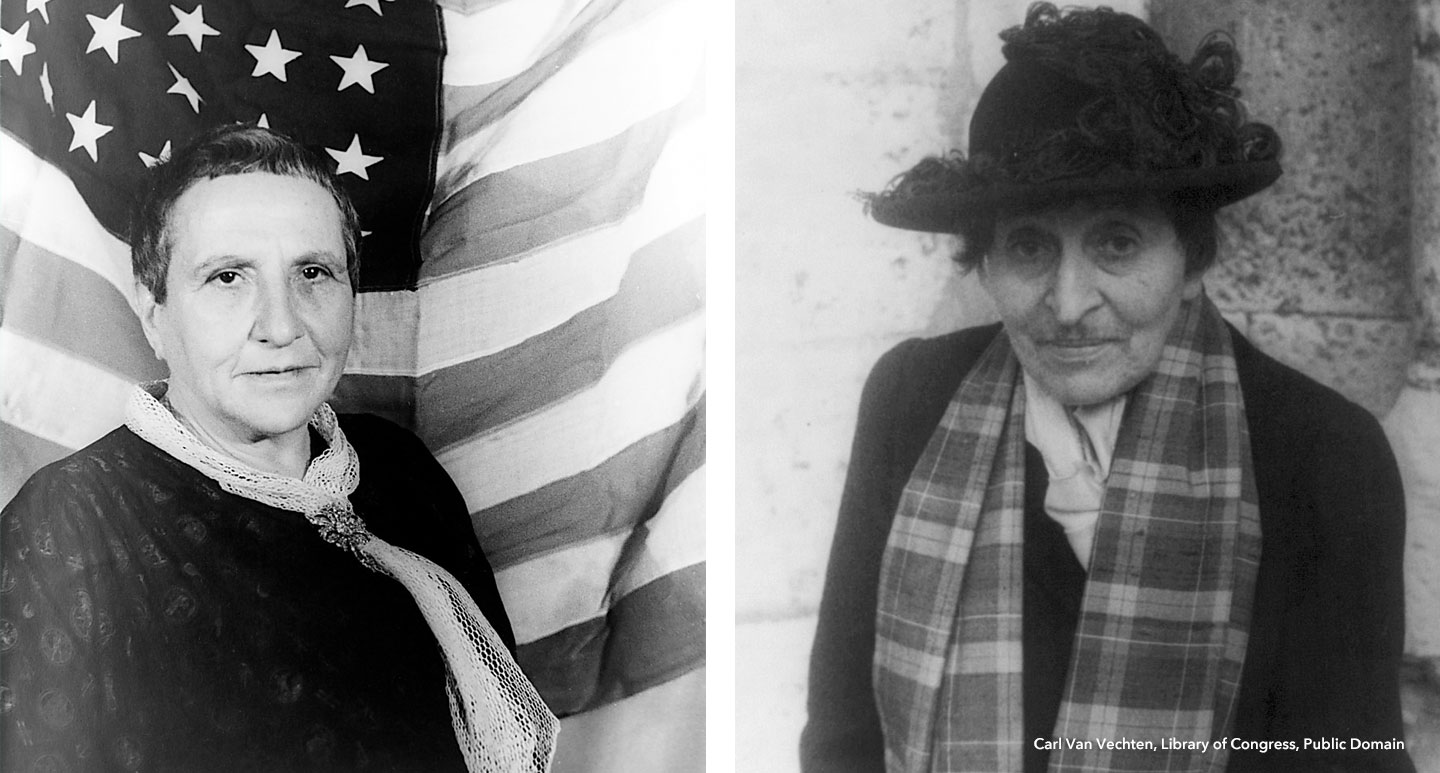 Gertrude Stein and Alice B. Toklas

It was Gertrude Stein who shaped Ernest Hemingway more than any other woman during his writing career. An influential art collector and thinker during the modernist movement in Paris, Stein took Hemingway under her wing as soon as he arrived. She encouraged Hemingway to keep writing and invited him to her home to discuss literature. And it was there where she and her wife, Alice B. Toklas, mentored Hemingway, and served tea and snacks at their famous salons to the likes of Ezra Pound, T.S. Eliot, Pablo Picasso, Henri Matisse, and other “Lost Generation” greats.

Stein also invented a style of writing called the “continuous present,” which relies on repetition to keep the reader focused on the story. Hemingway would come to perfect the technique, and without Stein’s advice and hospitality, it is doubtful he would have been able to find the same level of authorship. Too proud to acknowledge her massive contribution to his career, however, Hemingway became estranged from Stein, and most people have forgotten just how important she was in constructing the myth of Ernest Hemingway. 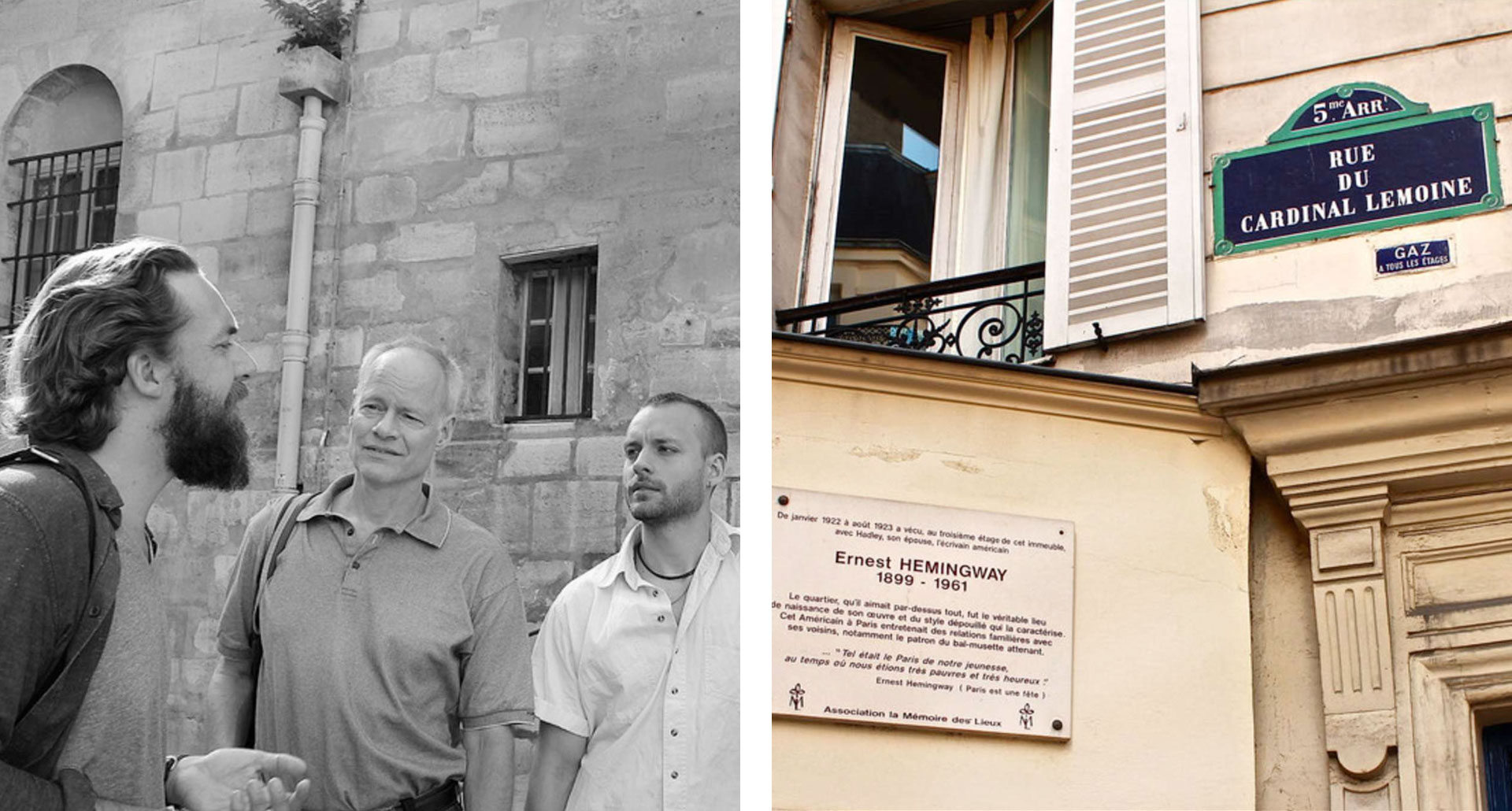 The best way to see Hadley, Sylvia, Gertrude, and Ernest’s City of Lights is with Context Travel’s Walking with Hemingway: A Journey through Literary Paris tour, which explores Paris’ postwar rive gauche and literary haunts. Context Travel offers expert-led cultural and historical walking tours and activities for travelers who love to learn, in over 50 cities around the world. Tablet Plus members receive exclusive discounts on private tours from Context.

Samuél Lopez-Barrantes is a novelist and musician living in Paris. He holds degrees from the University of Vermont Honors College and the University College London, and is currently an MFA candidate at the Vermont College of Fine Arts. His first novel, “Slim and the Beast” was published by Inkshares Publishing in 2015. He is also an expert guide with Context Travel.

SEE ALL OF OUR PARIS HOTELS