A closer look at twelve exceptionally well-designed hotels that show the value of variety.

As we near the halfway point of 2019, it’s a good time to look at the hotels that have gotten us the most excited so far this year. Since January, we’ve added a crop of thrilling new hotels to the Tablet selection that are especially remarkable for their diversity and range of styles. From new builds to ancient structures, from high-tech modern designs to delicate handmade craftsmanship that dates back centuries, the wealth of unique hospitality options is nothing short of amazing. 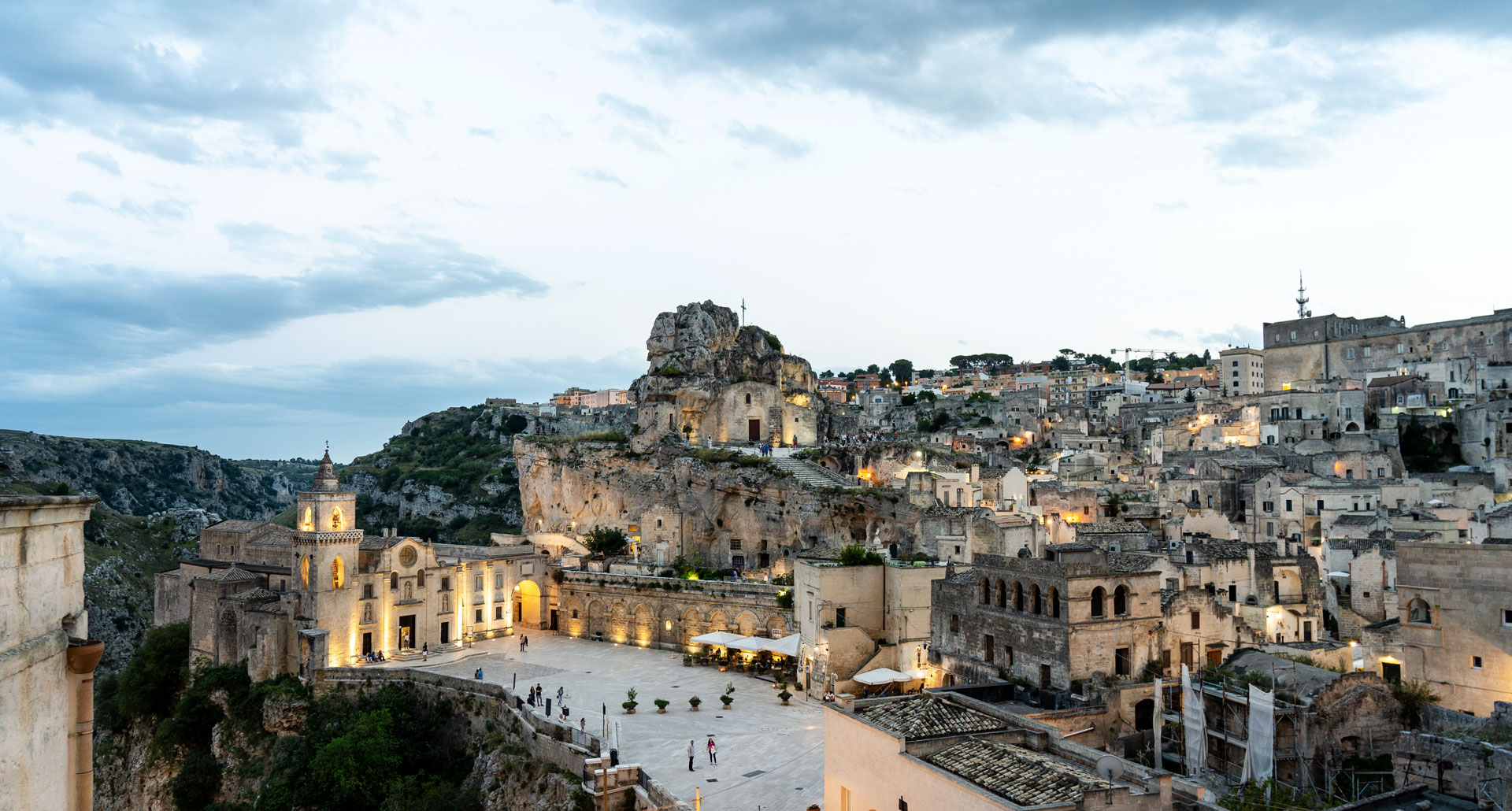 There’s no place quite like Matera, the southern Italian town that’s famous for the dwellings carved into its limestone caves. When the first boutique hotel opened here, it felt like a gesture that could never be repeated, but Matera has caught on among travelers in a big way, and there’s room in this town for a diversity of hotels. This one, Sant’Angelo Luxury Resort, is quite unlike any other; the owners have converted a whole neighborhood into a hotel, including a selection of traditional cave houses as well as a palazzo and a beautifully restored church. 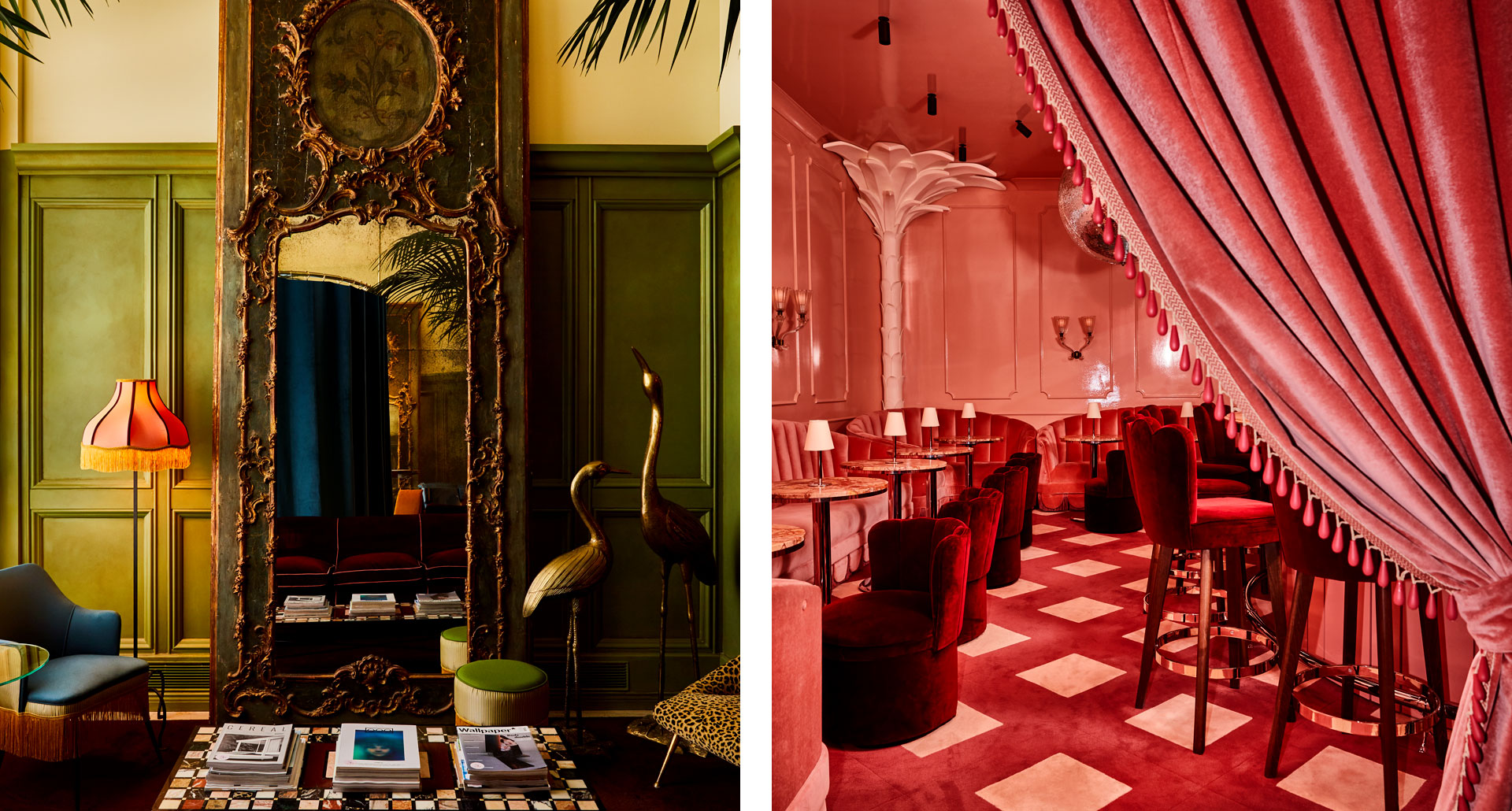 There may be no American city that’s had as dramatic a rise, fall, and rise as Detroit. And there may be no purer expression of the Motor City’s first golden age than the Siren Hotel. The throwback Italian Renaissance style of its lobby and public spaces is a departure from the industrial look you might expect, but it’s inspired by the building’s original architecture — this skyscraper, originally the Wurlitzer headquarters, opened in 1926, when this kind of opulence was the state of the art. 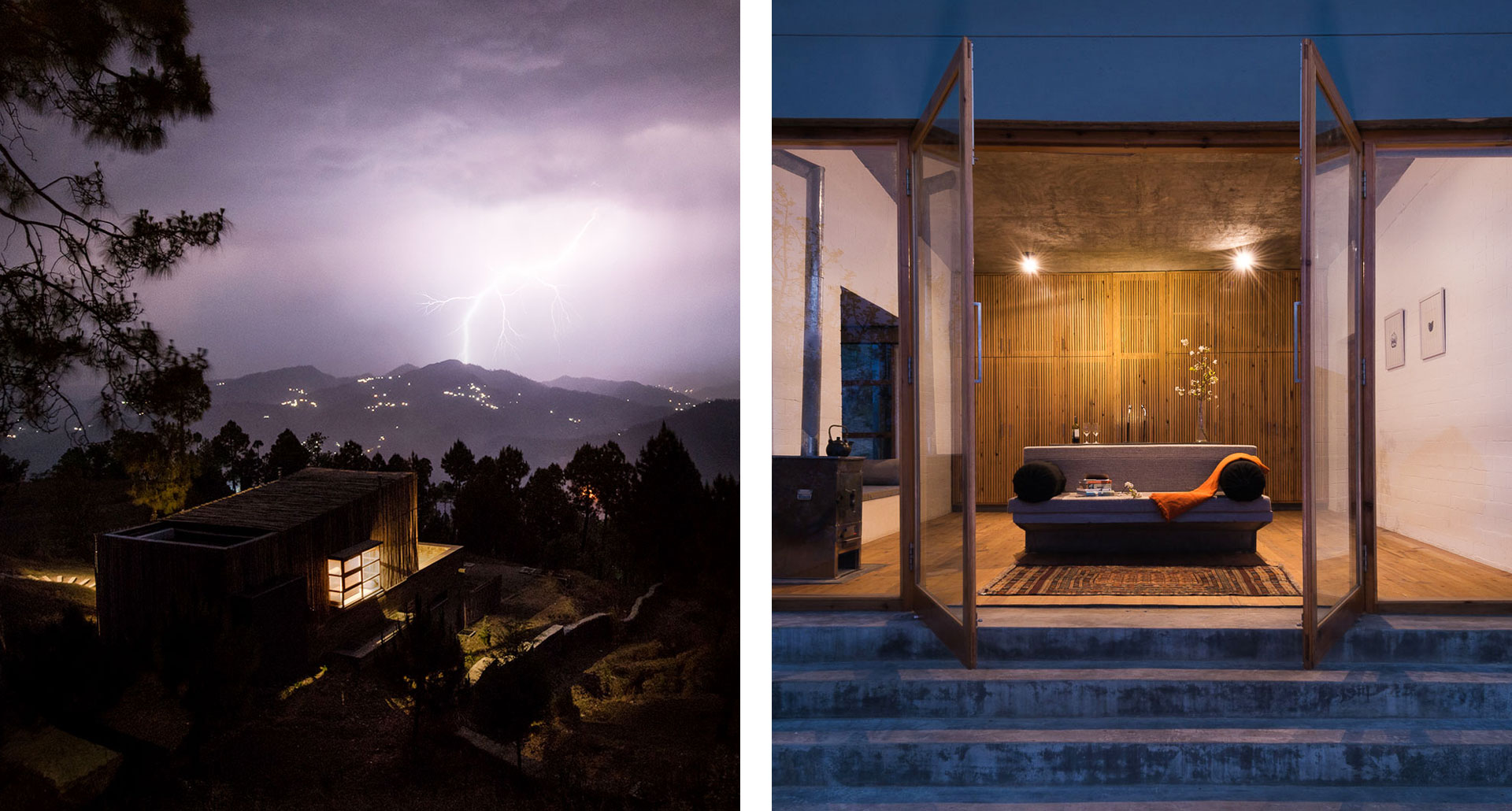 Originally intended as a private estate, this parcel of land in the Indian Himalayas would have been simply too stunning not to share. Sri Lankan architects Pradeep Kodikara and Jineshi Samaraweera, disciples of the modernist master Geoffrey Bawa, have built something absolutely extraordinary — and while a high-end ten-suite mountain retreat isn’t exactly mass tourism, the fact is that it’s a way of sharing this location with many more visitors than it would have as a private house. 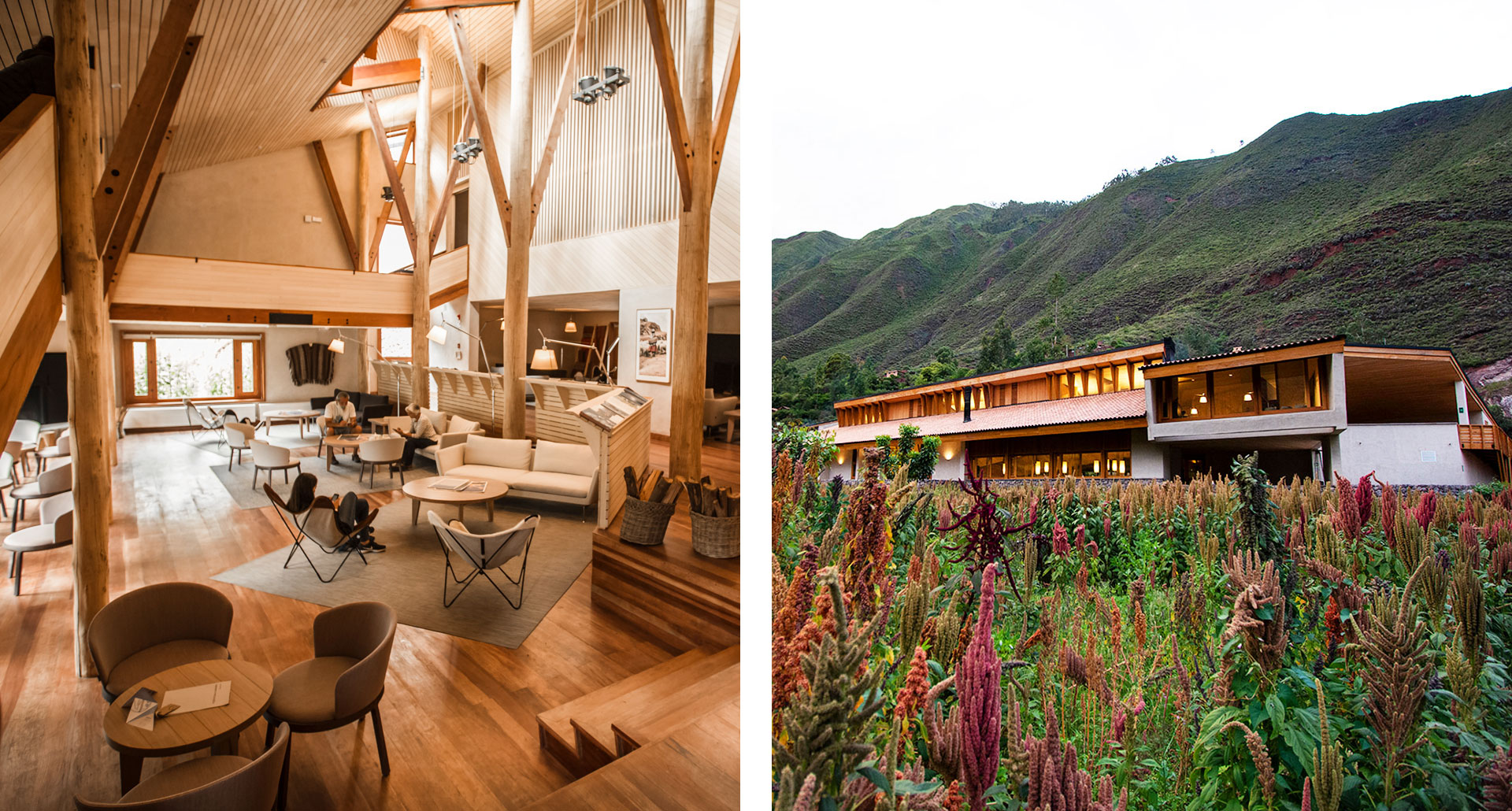 For as long as Tablet’s been online the Explora hotels have been a perfect reminder of why we care about hotels in the first place. They tend to begin with locations that are flat-out extraordinary, places like Patagonia or the Atacama Desert. And then they create hospitality experiences that are equal to the setting, featuring inspired design, top-shelf comfort, and world-class service. Even within this tradition, however, Explora Valle Sagrado is something special. 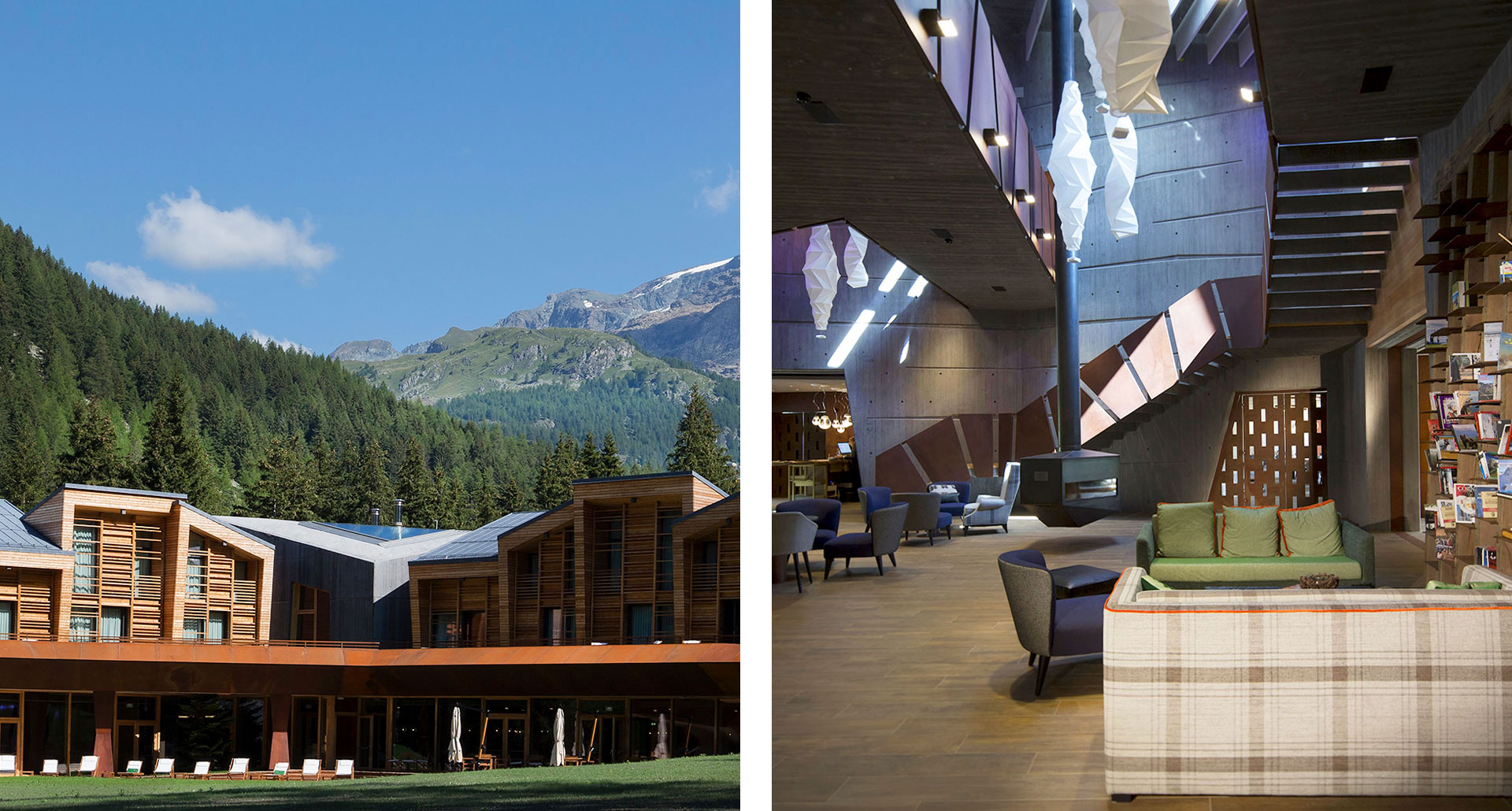 Though it’s less famous than some other Alpine ski resorts, Monterosa, in the Val D’Aosta, is spectacular — and Champoluc, its largest village, is directly connected to the lift system for easy access. It’s here that you’ll find CampZero Active Luxury Resort, a hotel whose mission is to place as few obstacles as possible between you and the adventure you’ve come to the Alps to experience. That’s why there’s a rock-climbing wall in the lobby, and, in winter, an ice-climbing wall on the exterior of the hotel. 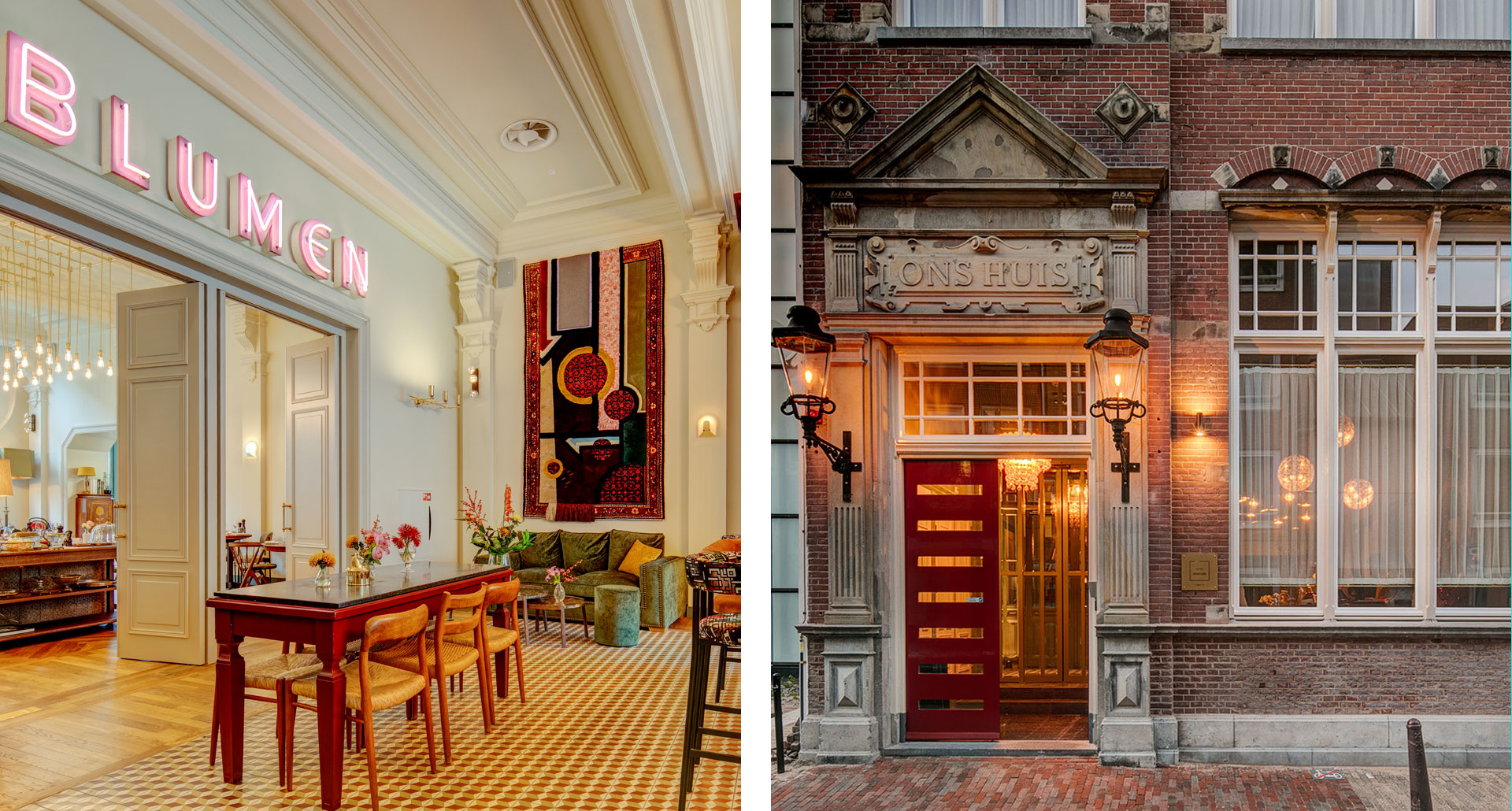 When Tablet first came online the boutique hotels in Amsterdam were avant-garde affairs, parlaying the success of modern Dutch design into a hotel scene straight out of the future. Hotel Mercier, however, belongs to a later generation, one that integrates Amsterdam’s historical charms with eclectic contemporary decoration and the kind of personality-driven boutique hospitality. 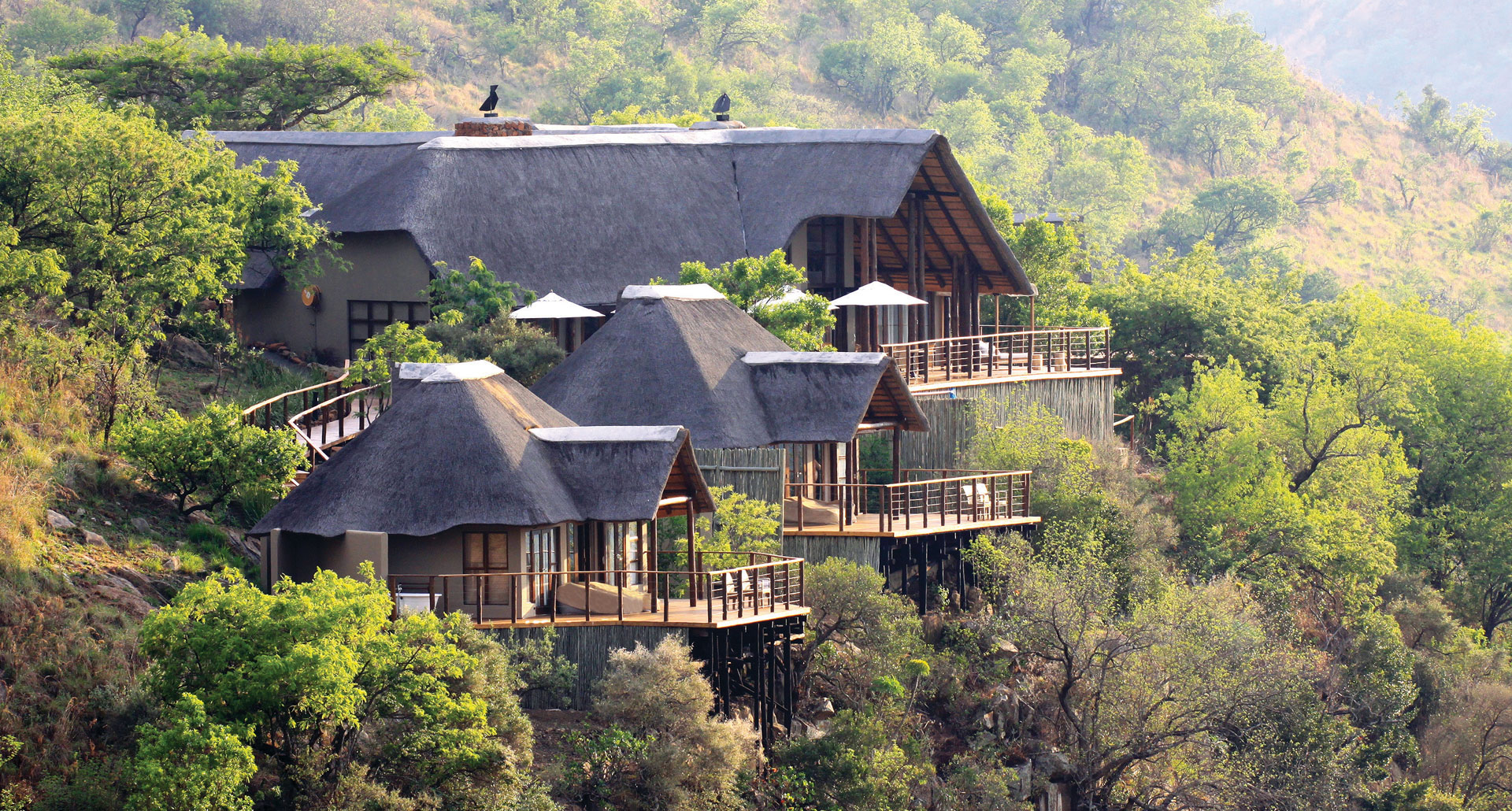 The safari experience has changed in many ways since Hemingway’s day. For one thing, you’re here to photograph the wildlife, not bring it home. Perhaps most important, from the perspective of a lover of high-end hospitality, is that safari lodges are only getting more and more luxurious. Esiweni Luxury Safari Lodge is a case in point. Its setting, in the Nambiti private game reserve, is stunning, varied, wild, and chock full of animals. And back at the lodge, the living is easy indeed: it’s a Relais & Châteaux hotel owned by a French couple for whom “savoir vivre” is serious business. 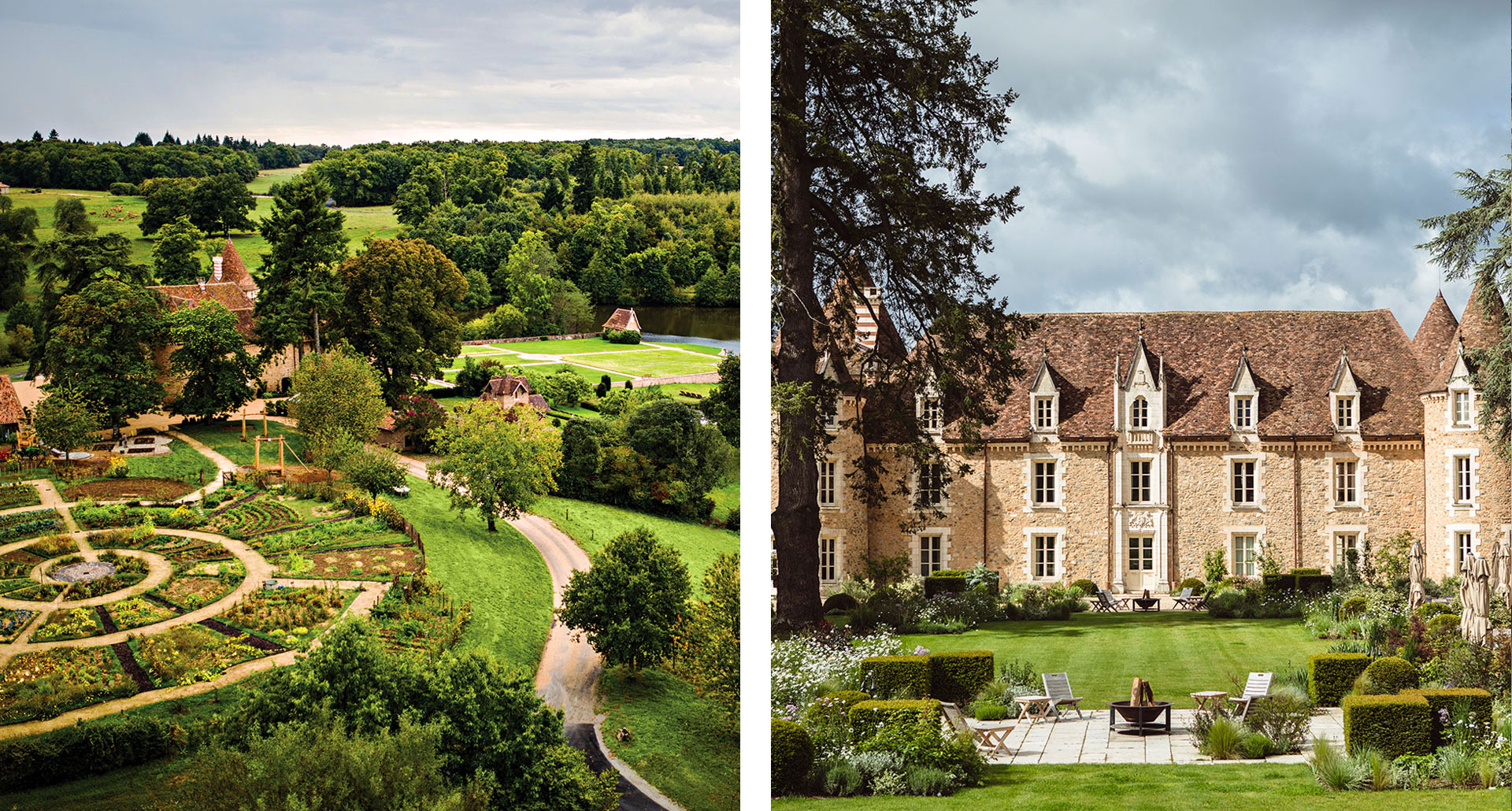 To the extent that there is such a thing as the “typical” castle hotel (arguable, but bear with us), Domaine des Étangs is a departure. The storybook stone château, flanked by fortified towers, is present and accounted for. But rather than shoehorn a dozen modern hotel rooms into a medieval floor plan, inevitably leaving some unlucky guests with circular rooms, or staring out at the countryside through a three-inch-wide arrow-slit, here they’ve done something slightly more clever. 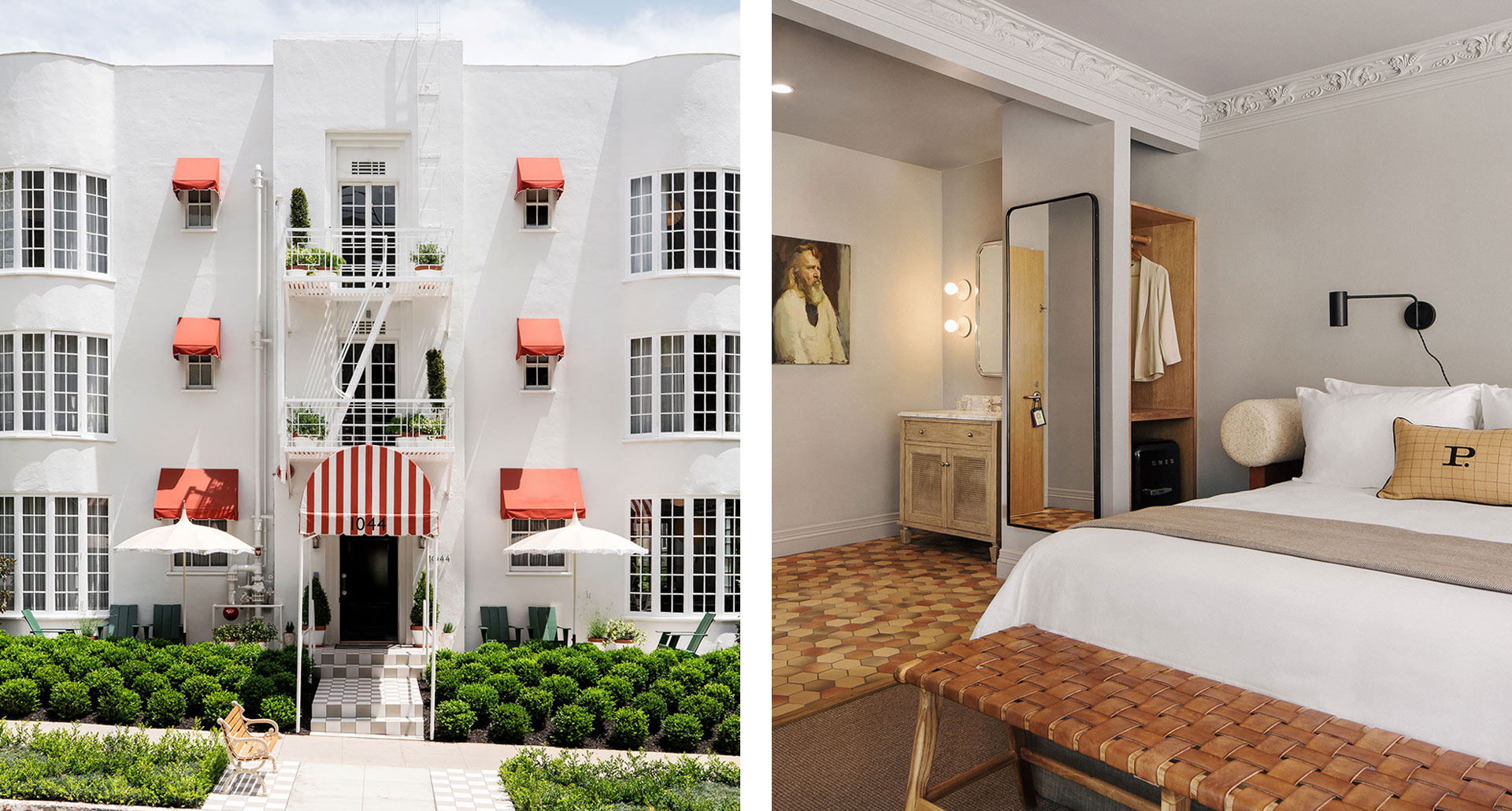 From the outside it’s hard not to see Los Angeles as one continuous megacity, but Westwood Village is in some ways a classic university town, home to the community around UCLA. That’s the central concept of Palihotel Westwood Village, a boutique hotel that’s got more in common with a particularly stylish university-town boarding house — albeit one that blends Parisian romance with mid-century modernism — than with the opulent Hollywood luxury hotels that you might otherwise associate with L.A. 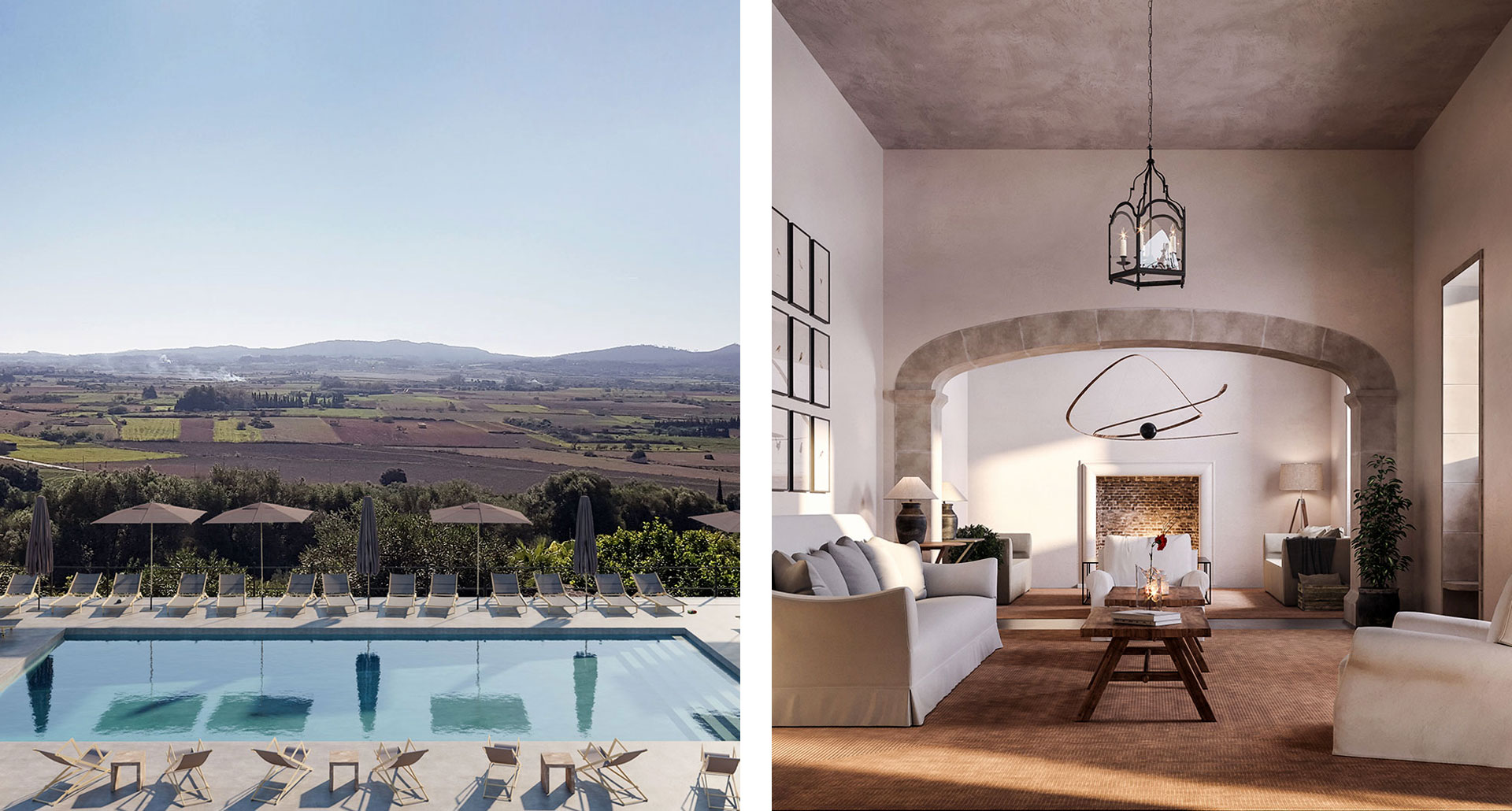 Mallorca is far from a well-kept secret — mass tourism, in fact, is a point of contention among locals on this island idyll. But a place like Finca Serena has nothing at all to do with mass tourism. Here, hidden away on a hundred acres of olive groves, cypress stands, lavender fields, and vineyards, is a contemporary luxury boutique hotel that feels a world away from the busy beach resorts and the debaucherous nightlife of Palma. 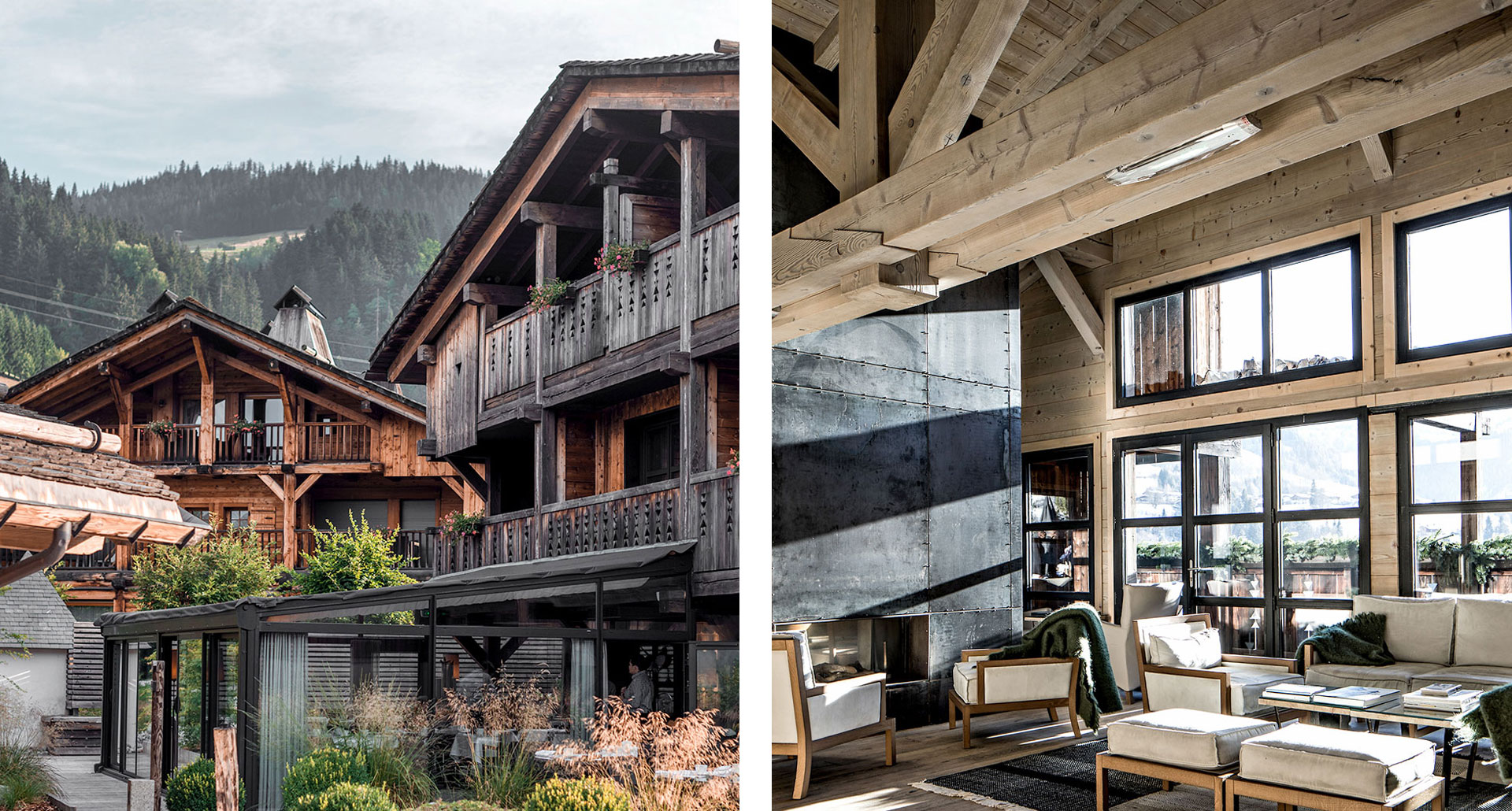 We’ve seen some masterfully renovated Alpine chalets in our time on this earth, but nothing like Alpaga. Here no fewer than seven chalets, ranging in size from quite substantial to very cozy indeed, have been stitched together into a sort of alpine-design hamlet, which in its entirety comprises one of the most luxurious hotels in the mountain town of Megève. Naturally the result is rather more stylish than your typical Alpine village — the proprietors have a track record with this sort of thing, having established such high-elevation Tablet favorites as Le Val Thorens and the Hôtel des 3 Vallées in Courchevel. 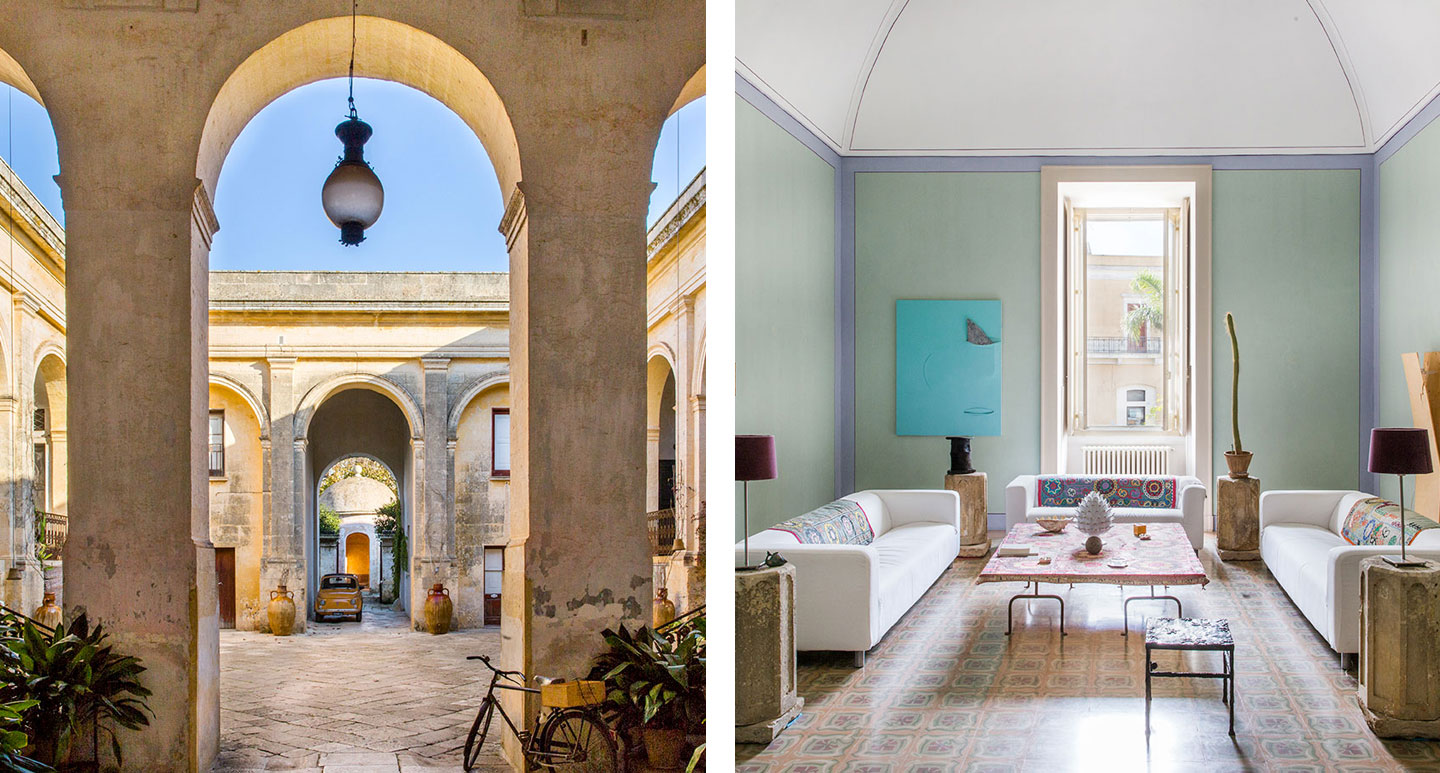 There’s no greater cliché in travel writing than “land of contrasts,” but it’s a description that’s well suited to the way Puglia is at once Italy’s most rough and rustic region and also, in places, home to some truly spectacular examples of contemporary design. That’s the story here in Gagliano del Capo, at the very tip of the heel of Italy’s boot, where the Roman hotelier Gabriele Salini and the Puglian art collector Francesco Petrucci have transformed the 150-year-old Palazzo Daniele into a fantastically stylish (and incredibly small) luxury boutique hotel.