Art has always been a prime motivator for travel. A trip to Paris would be incomplete without a visit to the Louvre; same with the Met in New York or the British Museum in London. But the famous museums are available pretty much anytime you’re in town. Consider instead timing your travels for the purpose of attending a major art festival or biennial exhibition. These events are a unique chance to be truly immersed in the local art and culture, and 2019 features an impressive slate of opportunities — each one worth a dedicated trip to experience.

We’ve highlighted some of our favorites below.

The Other Art Fair 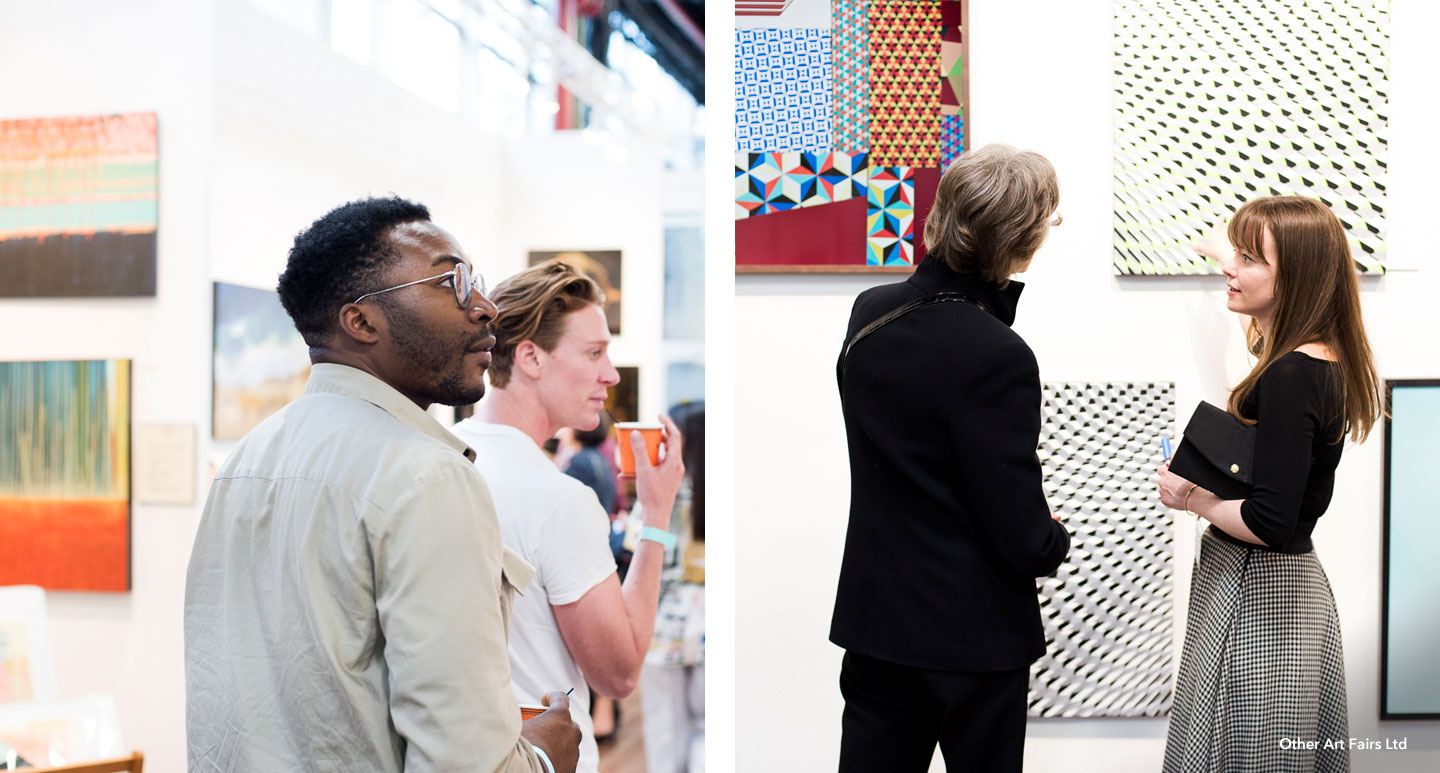 First up — “The Other Art Fair.” After proving its mettle in the UK, Australia, and Brooklyn, this emerging artist extravaganza debuted in California in 2018. The show is back this year, capitalizing on its reputation as both an immersive exhibit and a chance to bring home a masterpiece. Nearly 150 talented indie artists — all vetted by an expert selection committee — will show up to showcase their work at the Magic Reef Box, a creative haven in downtown L.A.

WHERE TO STAY IN LOS ANGELES: Petit Ermitage 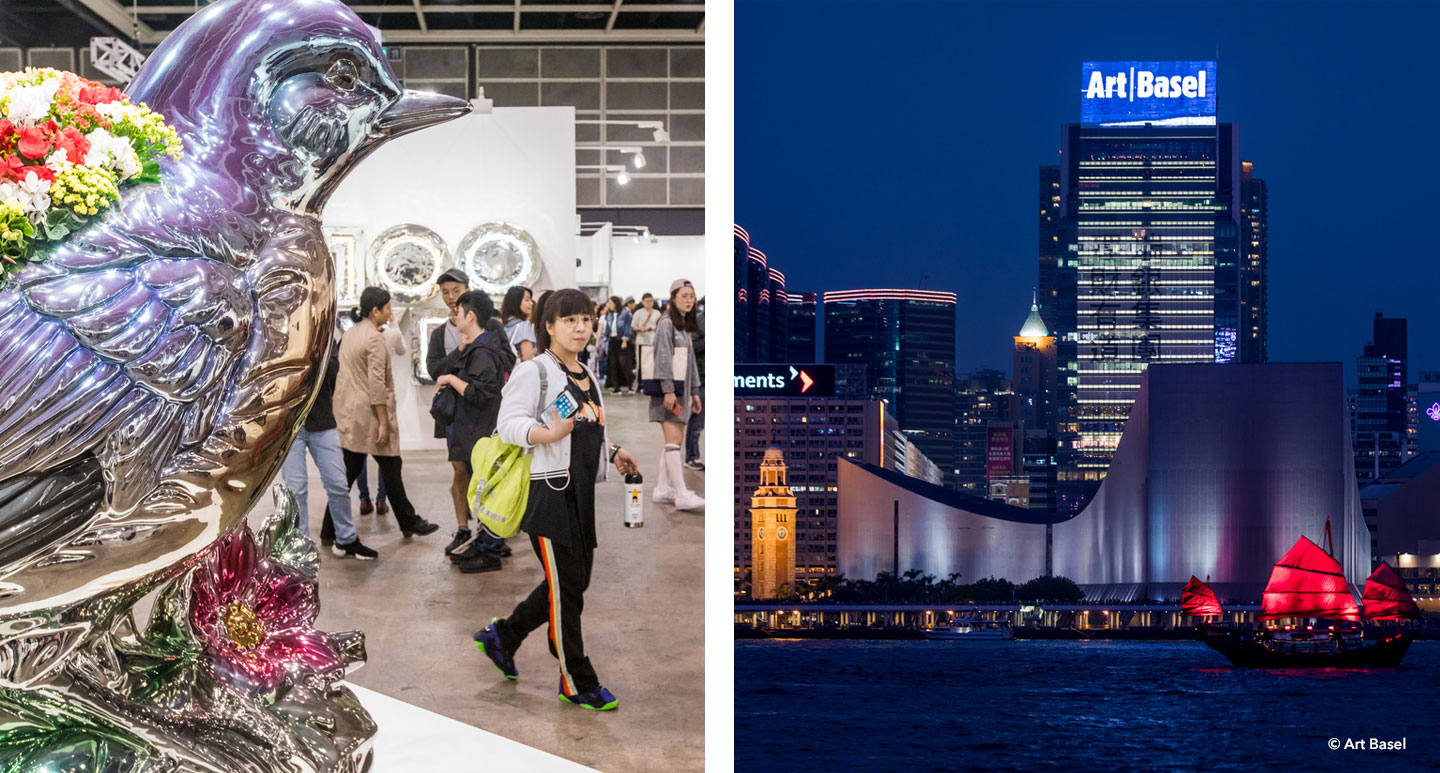 Hong Kong has become one of the destinations for art collectors, and Art Basel’s annual stint there is considered one of their biggest events of the year, throwing a bright spotlight on hundreds of contemporary pieces, installations, and film work from around the world. Expect to read about this one in the art blogs of the world. As a bonus, you can discuss the intricacies of Daniel Arsham’s Cookie Monster–inspired sculpture over a meal, without ever leaving the premises, at any one of seven restaurants on location at the Hong Kong Convention and Exhibition Centre.

WHERE TO STAY IN HONG KONG: The Upper House 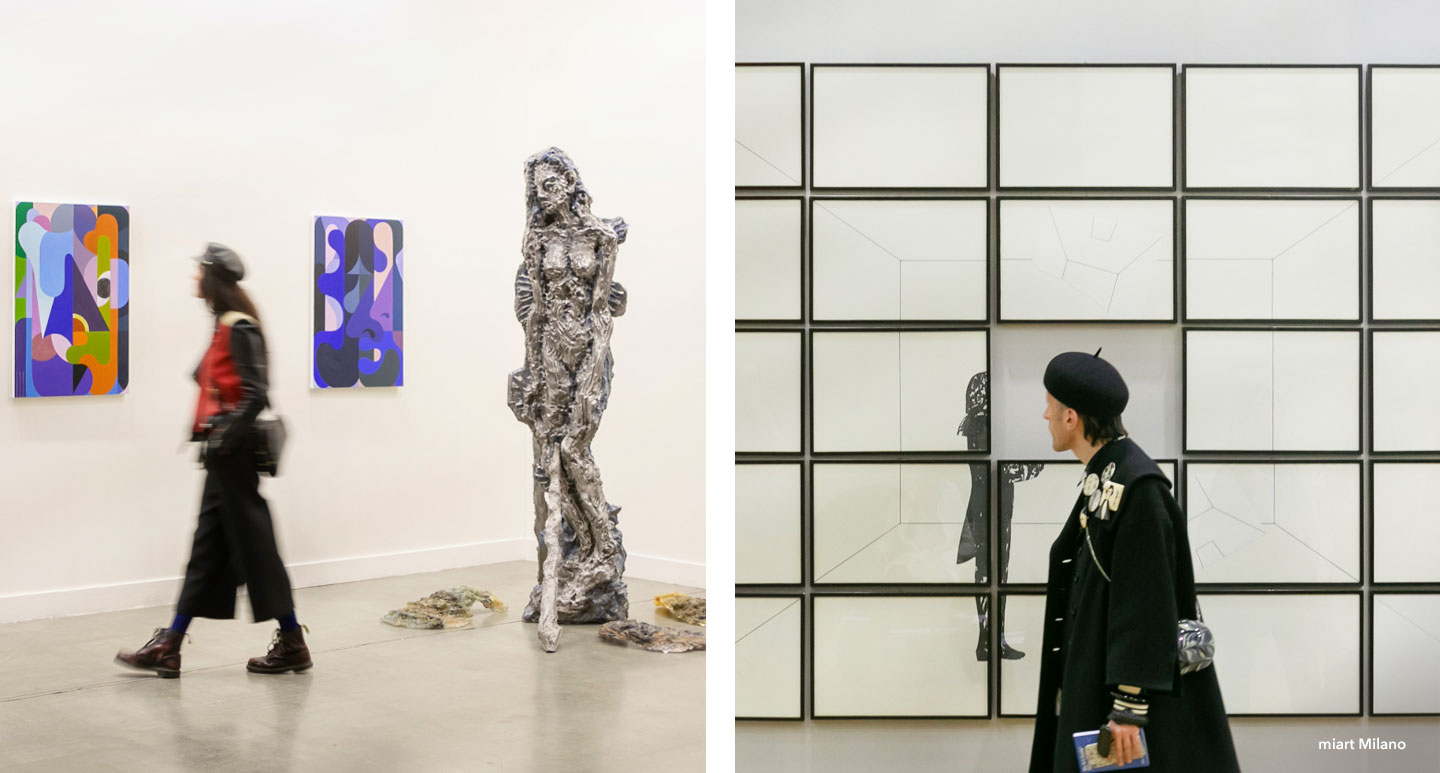 Milan is perhaps better known for its fashion than anything else, but for the duration of the Miart festival the city is the capital of the contemporary and modern art world. For three days, artists, designers, and all manner of industry professionals will analyze the festival’s theme, “The Common Good,” in a series of panels open to the public. Naturally, a curated selection of modern art galleries are also available for perusal, all at Fiera Milano City in the heart of Milan.

WHERE TO STAY IN MILAN: Viu Hotel Milan 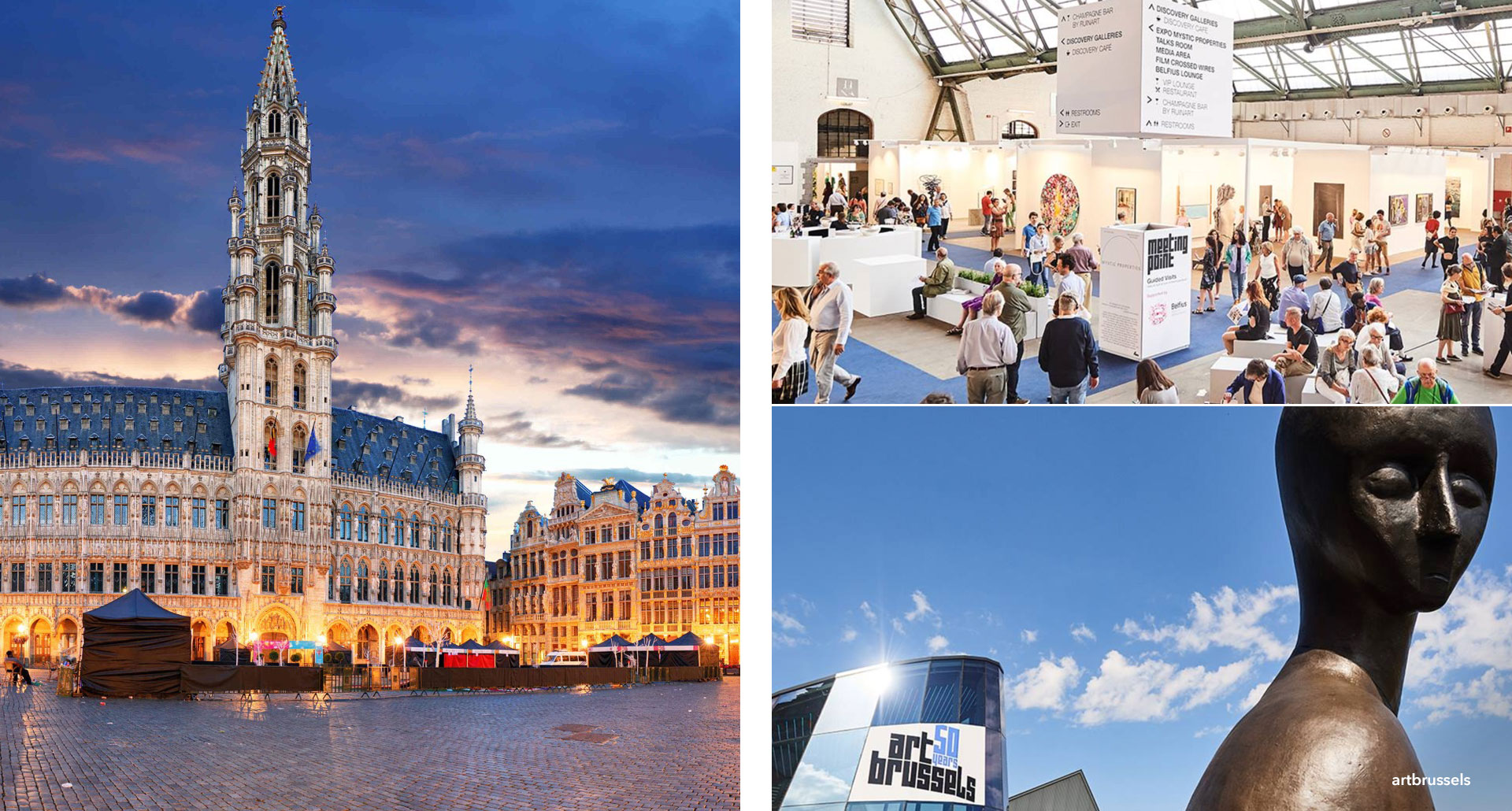 Approaching its 51st year, Art Brussels considers itself one of the world’s must-see fairs, and it’s hard to argue with their assessment. With attendance reaching 25,000, patrons come here to see 150 galleries organized into three sections: the up and coming, the established, and… the deceased. That is, the artists whose works curators consider under-appreciated in their time. And new in 2019, the fair will debut their “INVITED” section, featuring galleries that “transcend the typical gallery format” and have yet to be seen at Art Brussels. It all takes place at Tour & Taxis, a 21st-century building where the architecture is a draw in itself.

WHERE TO STAY IN BRUSSELS: Zoom Hotel

One of Europe’s hottest art fairs made its way to New York in 2012, quickly establishing itself as the annual gathering where serious art collectors mill about on Randall’s Island, braving the elements to survey galleries from 26 countries and over 1,000 established and emerging artists. This year, in the fair’s eighth edition, curators are touting new exhibitions celebrating Latin American art, virtual reality, and “self-taught artists” in particular. An added perk of attending this fair? Arriving by ferry.

WHERE TO STAY IN NEW YORK: Gramercy Park Hotel

Whether you have a lifelong obsession with aesthetic texture, or you’ve just recently spent some time trying to “Marie Kondo” your space, the L.A. Design Festival is for you. Celebrating the city’s status at the epicenter of contemporary design, especially in production, the festival celebrates everything from architecture and interiors to costume and set design. Expect prestigious speakers and workshops held all across the city.

WHERE TO STAY IN LOS ANGELES: Hotel Figueroa

A Copenhagen delight, the CHART Art Fair features dozens of galleries, all shining light exclusively on Nordic contemporary art. Slated as one of Denmark’s liveliest creative events of the year, it’s known to attracts thousands of revelers not just with visual art but with concerts, conferences, food stands, architectural installations, and exhibits featured at venues around the city, including Designmuseum Danmark.

WHERE TO STAY IN COPENHAGEN: Hotel Alexandra 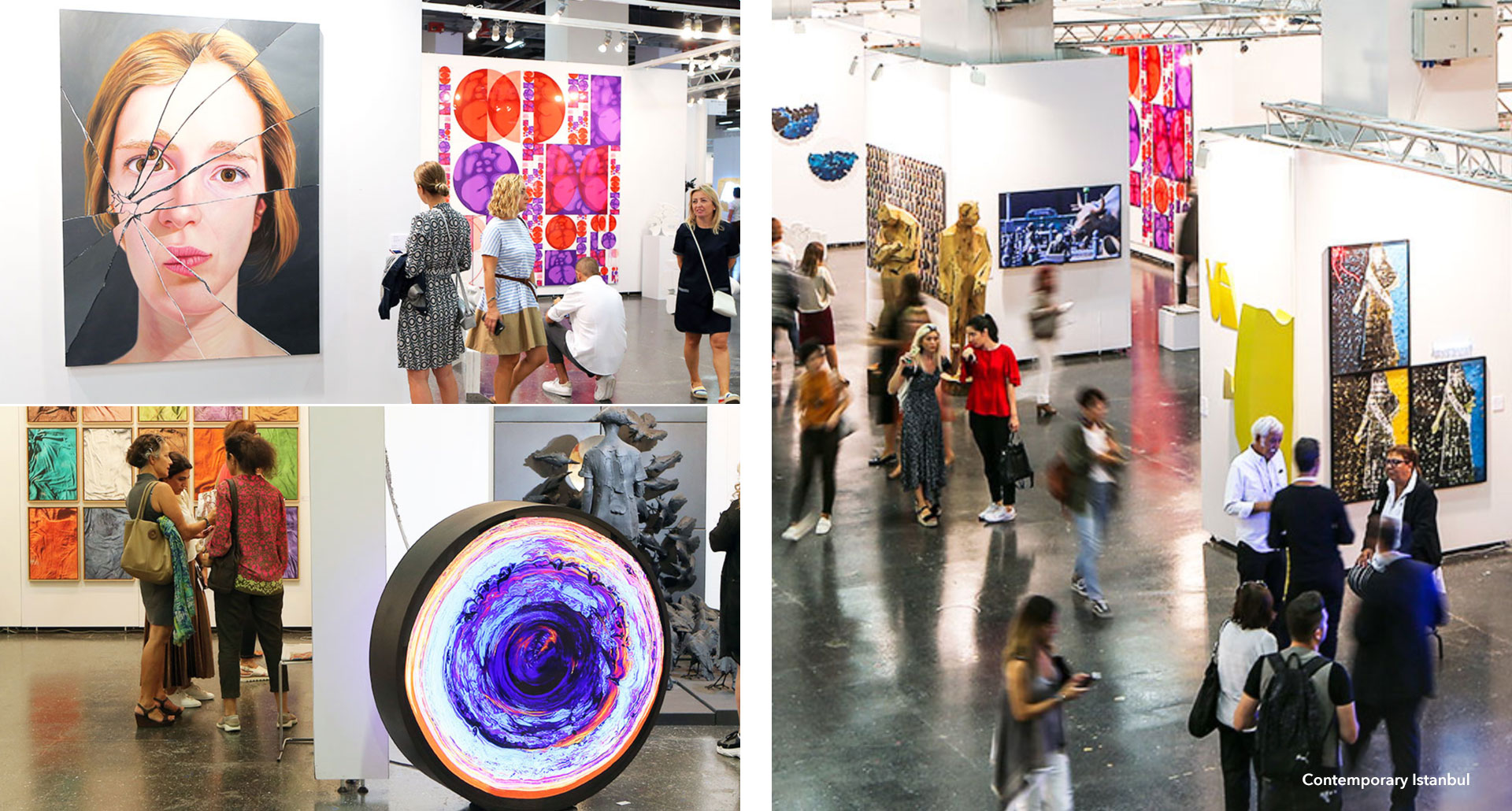 Turkey’s biggest art fair (in 2018, the festival boasted 74,000 attendees), “Contemporary Istanbul” highlights the contemporary and modern art scene in Istanbul. It also provides a platform for international galleries from around the region and dedicates a section to new-media in a well-regarded program called Plugin. This year’s artistic director, Anissa Touaiti, has said that the festival will focus on “the question of Mediterraneanism, exploring the unification of the basin from the past to the present day.”

WHERE TO STAY IN ISTANBUL: Witt Istanbul Suites 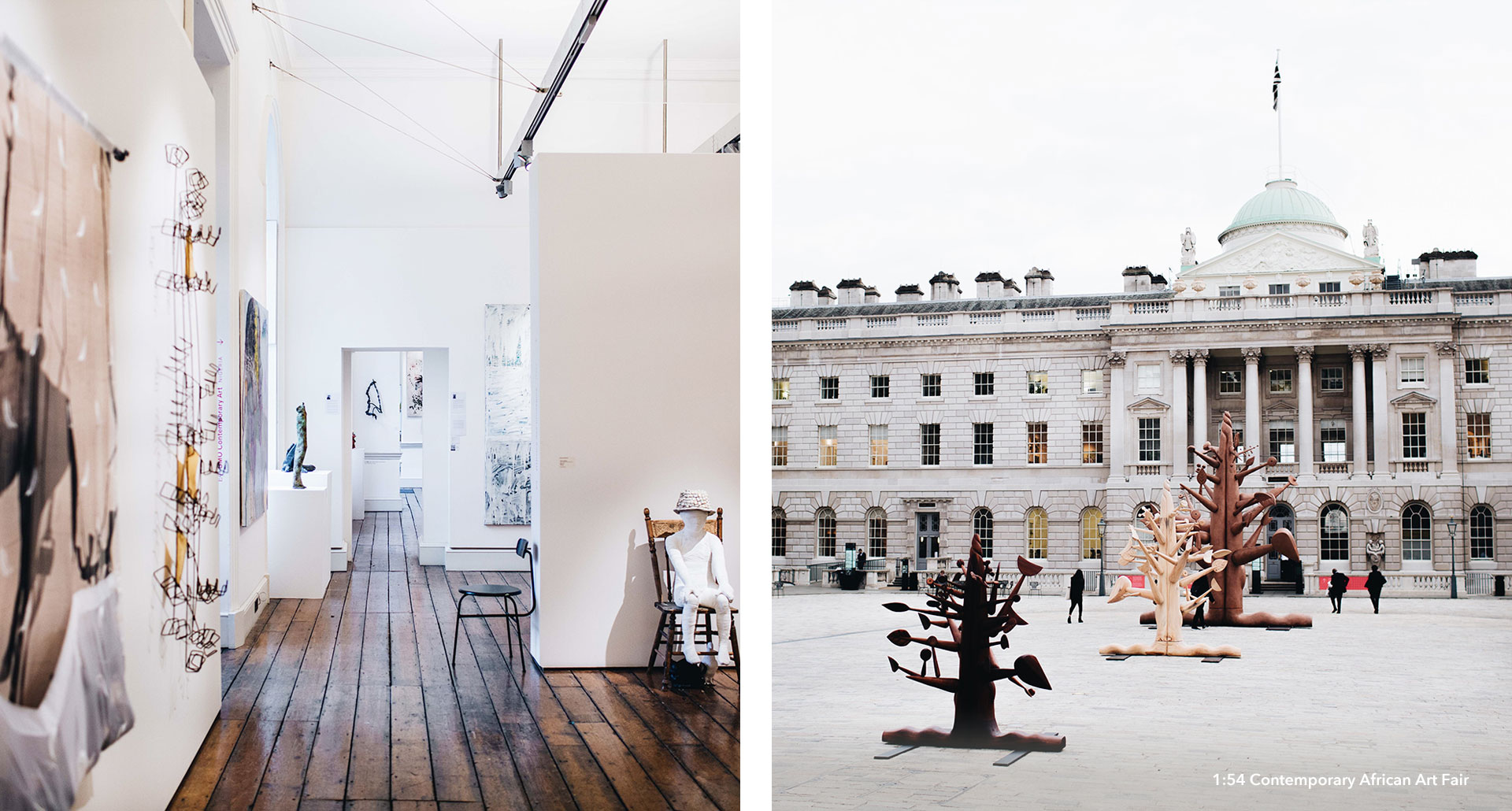 Expanded since its founding in London to New York and Marrakesh, 1:54 (so named for the 54 countries that make up the African continent) showcases contemporary art from Africa and its diaspora, last year featuring 43 galleries from over 130 artists and drawing over 18,000 attendees. This October the London edition returns, held at the historic Somerset House where curated talks plan to “explore black artistic practice as a strategy of innovation, resistance and liberation.”

WHERE TO STAY IN LONDON: The Lalit London 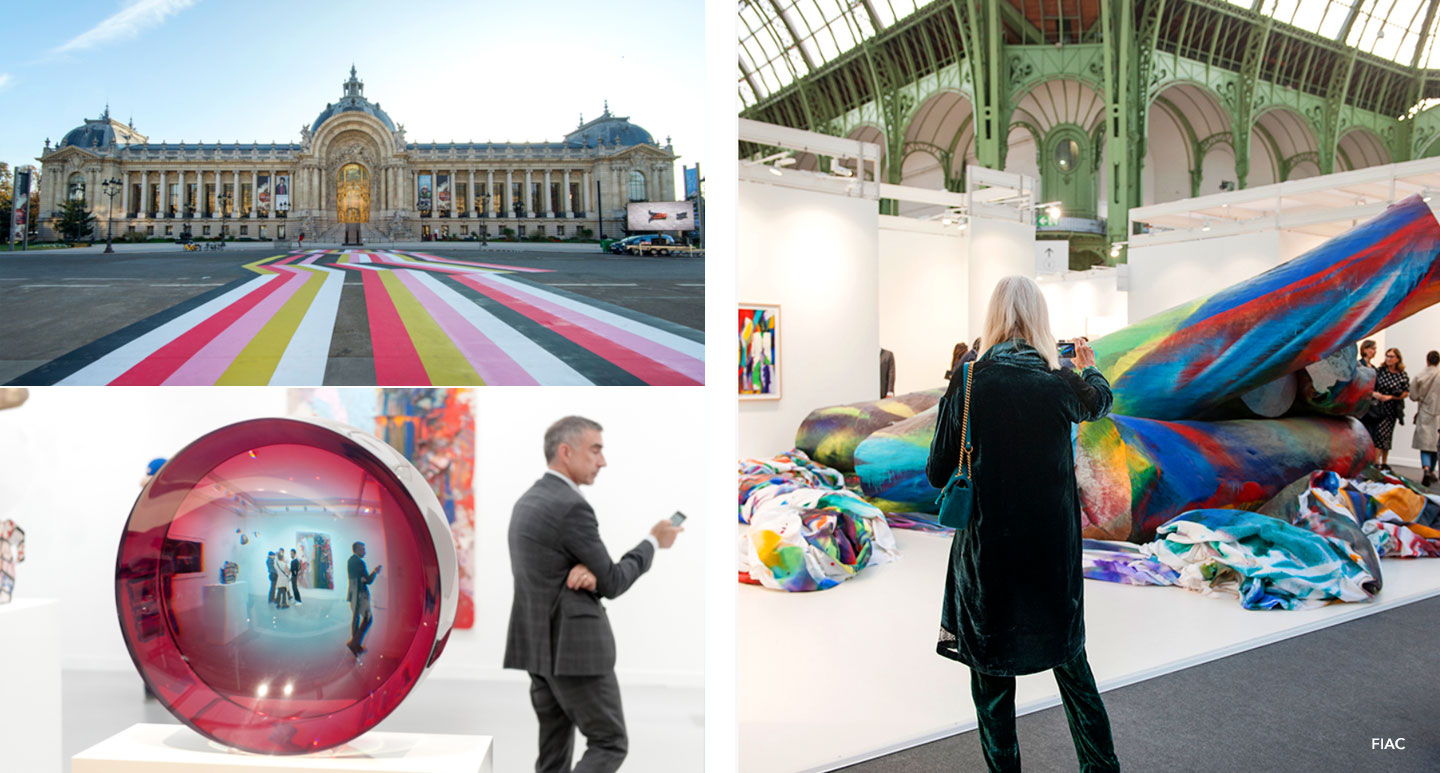 The last edition of FIAC saw an appearance from the French president, and there’s no reason to think the 2019 edition will draw any less accomplished a clientele. Considered the second most extravagant fair after London’s edition of FRIEZE, works span the best of the best in contemporary and modern art, performance and film, presenting up to 200 galleries from dozens of countries, in prestigious locations at Paris’ Grand Palais and Petit Palais.

WHERE TO STAY IN PARIS: Le Bains Paris 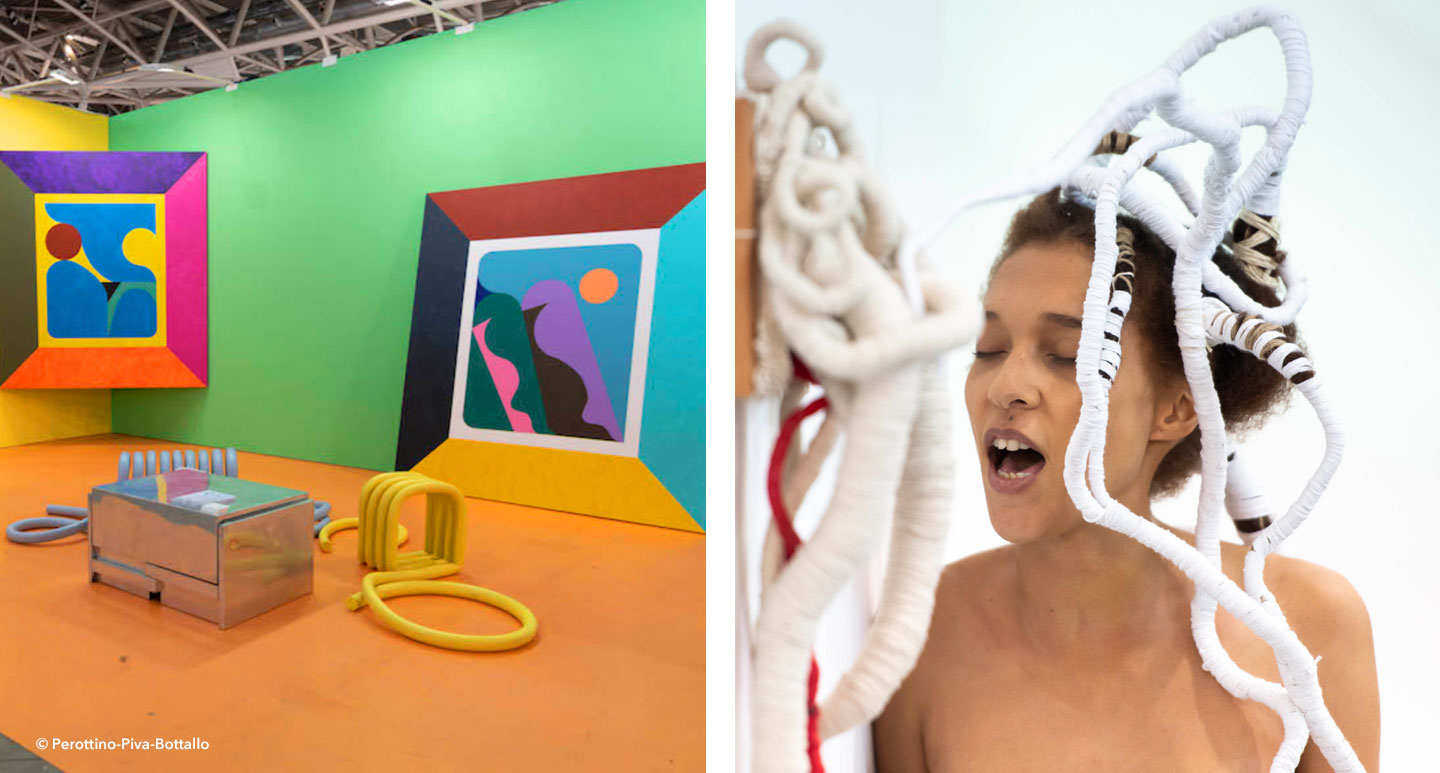 Dubbed “Italy’s most important contemporary art fair” and held in Torino, for 25 years Artissima has been dedicated to introducing emerging artists and presenting established galleries, with plenty of room for those with a more experimental approach. Especially interesting is their “Disegni” program, which features drawing as a medium that exists “in a space suspended between idea and finished work.” Another section explores the solo work of contemporary art’s pioneers — this year’s focus will spotlight the period from 1960 to 1990.

WHERE TO STAY IN TURIN: NH Collection Piazza Carlina 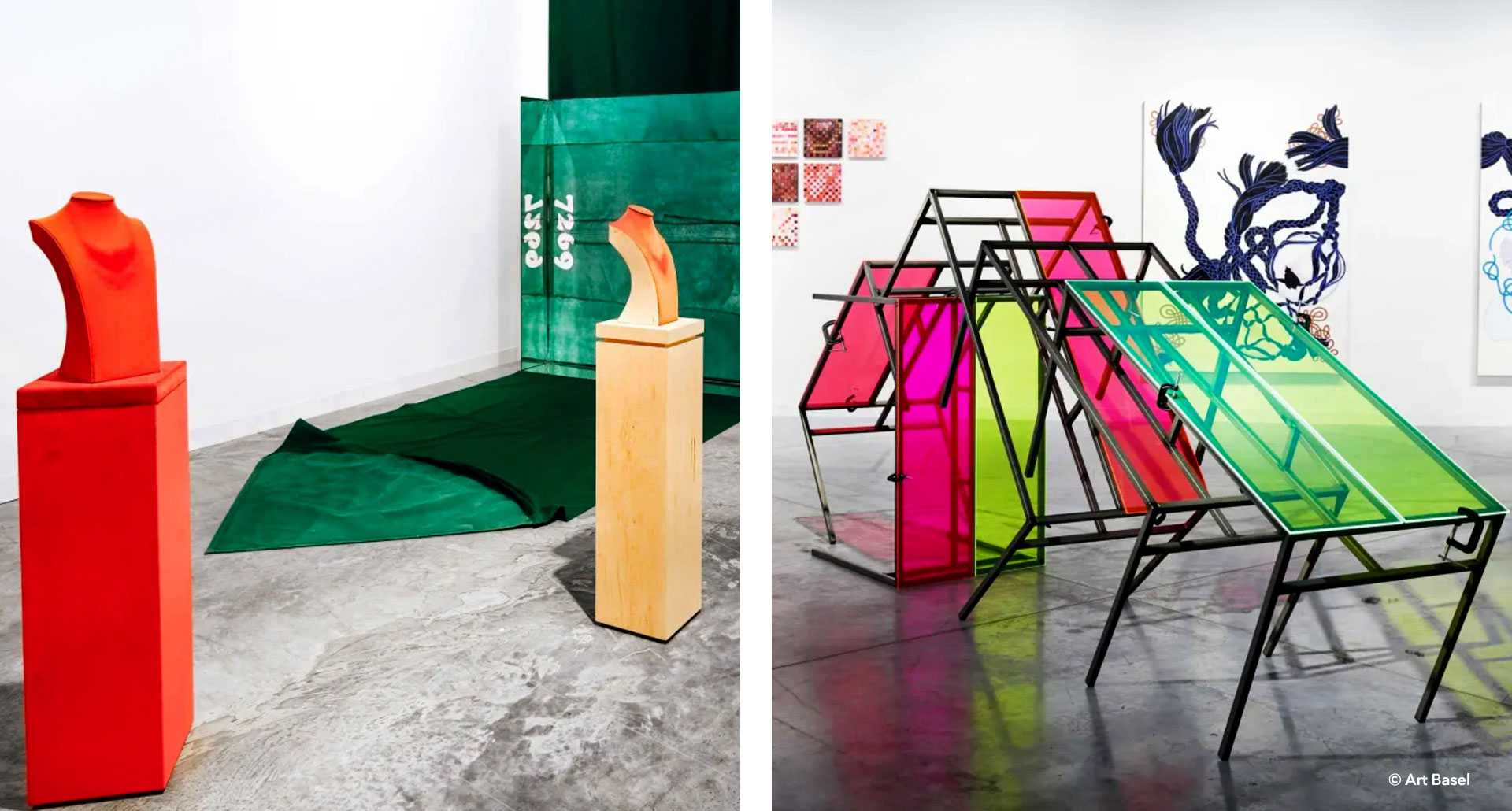 Another of Art Basel’s major events, a who’s who of the music, fashion, art, and design worlds come together to revel in modern and contemporary art while parties rage around the city. It is Miami Beach, after all. Expect over 200 galleries, work from over 4,000 artists, and plenty of gridlock. Besides the main event in the Miami Beach Convention Center, basically every block of Miami will be layered in art as pop-ups and smaller fairs pepper the city.

WHERE TO STAY IN MIAMI: Faena Hotel Miami Beach