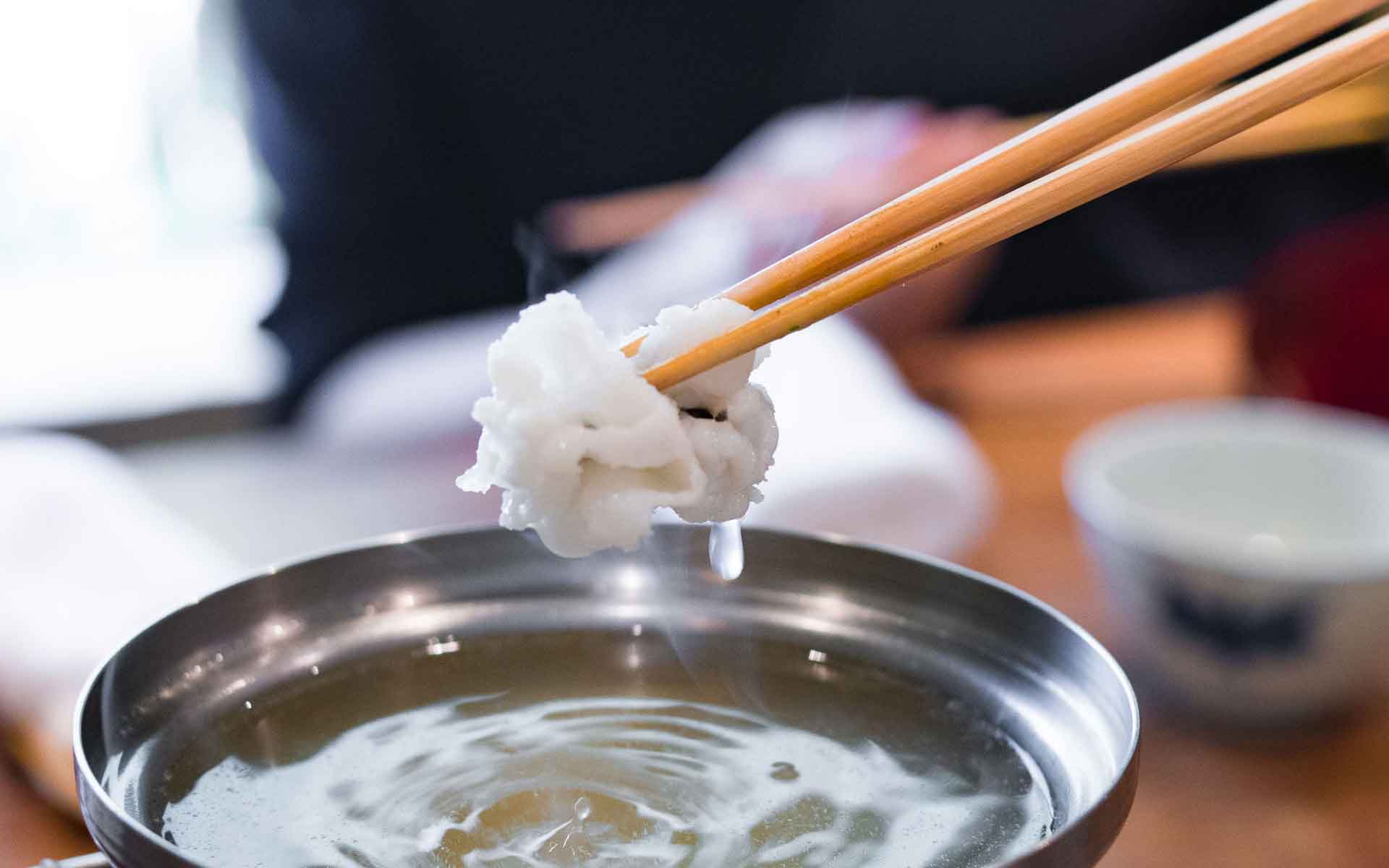 Marc Matsumoto is a Tokyo-based chef and food blogger. Below, he spells out five rules to remember if you don’t want to run afoul of a Japanese chef.

If you’ve ever been to Japan (or even if you haven’t), you probably know how polite and orderly the people there are. It’s a country where the people go to great lengths in the name of hospitality. Most restaurants will bend over backward to ensure that you have an enjoyable meal; however there are a few unspoken rules that you should be aware of, to avoid an embarrassing Lost in Translation moment.

First, some background. In Japan, there is one overriding rule that governs all social interaction. It’s a rule that’s drilled into kids heads from a very early age, and breaking it is the fastest way to turn a mild-mannered Japanese chef into a raging bouncer that will show you the door.

Don’t cause meiwaku (迷惑). Meiwaku roughly translates to inconvenience or discomfort, and in a small, crowded country, social order is maintained by everyone actively preventing inconvenience or discomfort to others. In a way, it’s Japan’s version of the Golden Rule. The thing is, the offenses that equate to discomfort and inconvenience to Japanese people may not resonate with visitors, so here are 5 tips (in no particular order) to ensure you have a good time while staying in the chef’s good graces.

While it may seem trivial, chopsticks have symbolic significance beyond being an eating implement, and there are a few things you should steer clear of to avoid the ire of a Japanese chef and those around you.

Resting a fork upright in a tangle of pasta at an Italian restaurant may make you look like an ass, but it’s not going to cause discomfort for fellow diners. In Japan, standing chopsticks upright in a bowl or rice (or anything for that matter), will offend the people around you and draw swift rebuke from the chef, because chopsticks are stuck vertically in a bowl of rice during funerals. Incense is also burned upright like this at funerals and memorial altars, so standing chopsticks upright in rice is not only disrespectful, it’s a reminder of death. Always set your chopsticks on a chopstick rest. If you don’t get one, use a napkin, or fold up the wrapper your chopsticks came in and use it to prop up the eating end of your chopsticks, as setting them directly on the table is considered dirty.

Similarly, chopsticks are used to collect the bones of the deceased from cremated remains. This is done in pairs, where both people use their set of chopsticks to lift the bones in unison into an urn. That’s why passing food from chopstick to chopstick is a big no-no. If you want to share your food with someone, just put the food on a plate before you pass it to them. 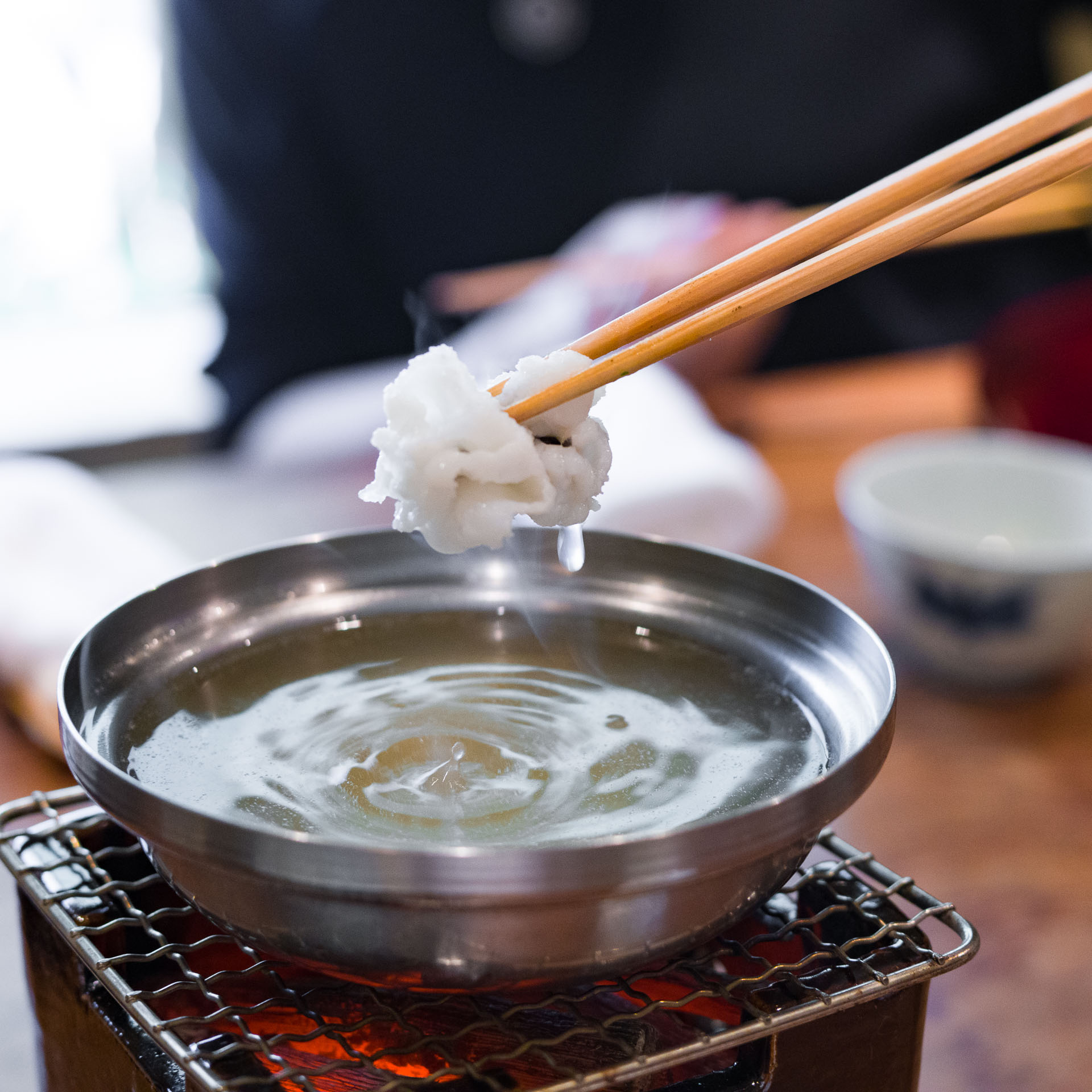 I once brought some visitors to an intimate Japanese cocktail bar with a gorgeous wooden counter that makes it look more like a sushi bar than the type of bar you’d go to to get sauced. Unfortunately, I forgot to explain this rule to them, and when their cameras came out, we were firmly asked to leave. While some eccentric chefs in the west ban photos for various reasons in their restaurants, the practice is much more common in Japan, and there are no visual cues to indicate that photography is verboten. Unless you get express permission from the restaurant to take photos, don’t do it.

The main reason is that Japanese people do not like to be photographed by people they don’t know, and taking photographs (even if it’s of the food), can cause discomfort for those seated near you. Another reason is that some chefs simply do not want to be promoted, as a growing customer base means they won’t be able to serve their existing customers with the same dedication. Remember, these are artisans, not businesspeople.

Even if the chef agrees to let you take photos, please be aware of the customers around you, so that you don’t disturb them with shutter noises or flashes, and be sure you don’t include them in the frame.

This may seem like a no-brainer, as no chef is happy when their table shows up 30 minutes late. The difference is that in most western restaurants, you’ll be forgiven upon paying your check. At a formal Japanese restaurant, you stand a good chance of never getting a reservation again at that establishment. Worse yet, if someone helped you make the reservation, that person may also get blacklisted.

Of course, stuff happens, even in a country known for the punctuality of its trains, so if you are going to be late, be sure to call the restaurant and let them know as soon as you can. 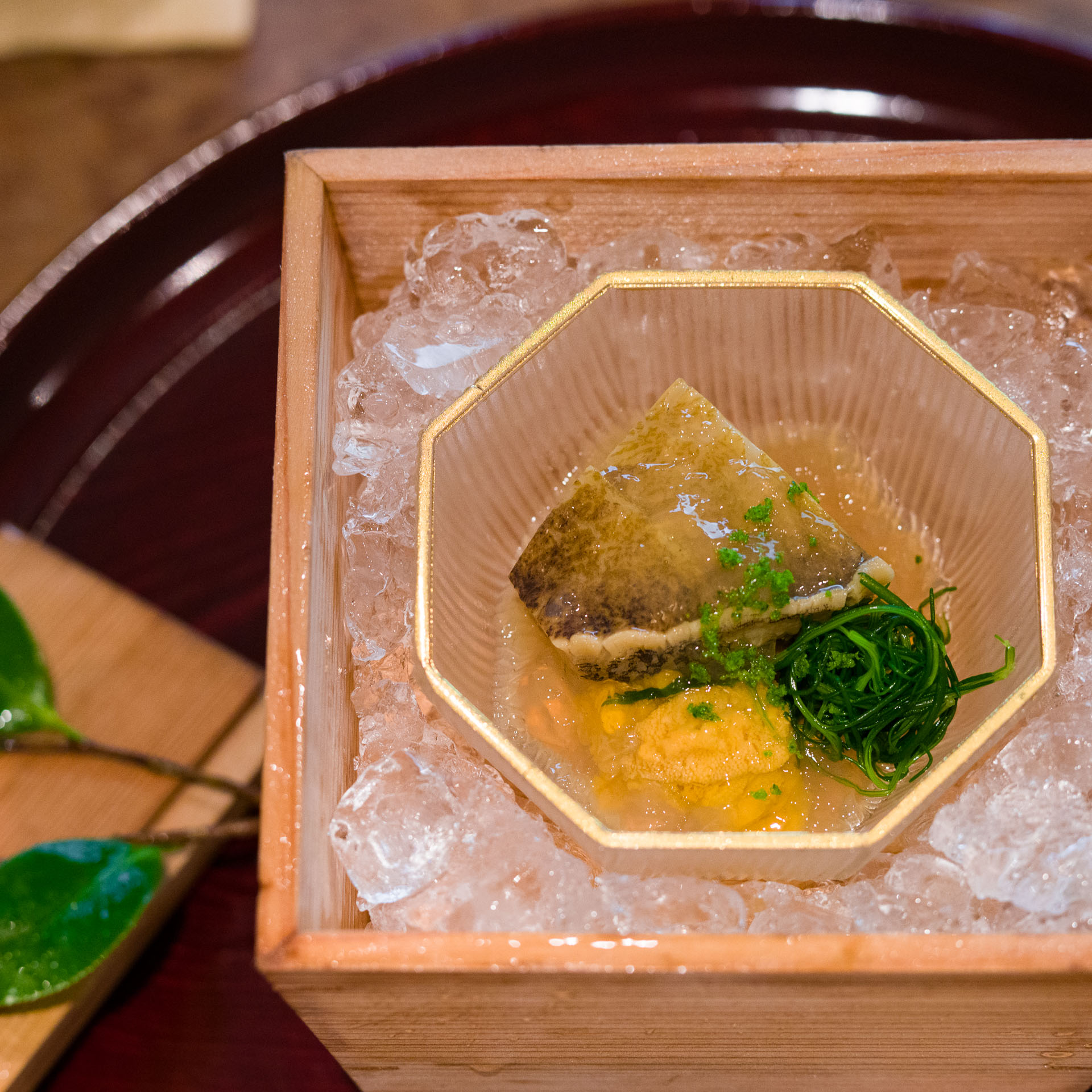 If you aren’t willing to eat everything you are offered, you may want to stay clear of restaurants that only offer Omakase. Omakase (お任せ) means “your choice” in Japanese, and can refer to a prix-fixe menu where the chef chooses what they serve you that day, based on the delicacies of the season. The subtext here is that you trust the chef to be a good steward for your tastes. If you send things back, or simply don’t eat them, it sends the message that the chef has failed you.

Of course, everyone has their preferences and, more importantly, allergies, so if there are things you cannot eat, it’s important to convey this to the restaurant when you make your reservation. That way the chef can gear your meal around your restrictions as best they can. 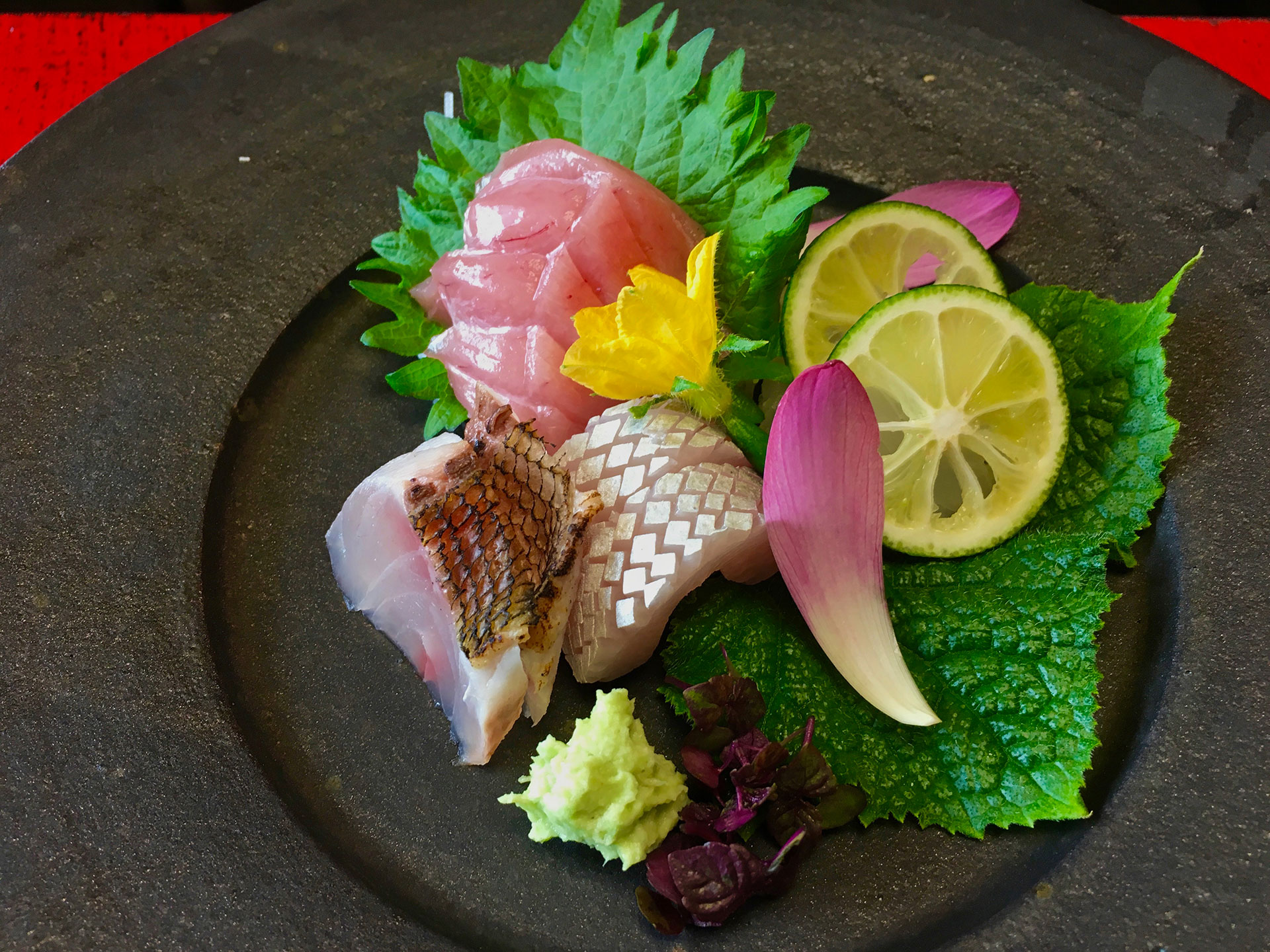 5.) Be mindful of your surroundings

Japan is all about fitting in, so be a chameleon and you’re unlikely to run into any problems. If you’re in a raucous brewpub, then you can let loose a little and make some noise. However, if you’re in a traditional Japanese restaurant where the master chef plies his trade in silence, yapping with your long-lost Japanese dorm-mate about the glory days will get you dirty looks at best, and may even get you the boot.

At the end of the day, most Japanese people understand they can’t hold visitors to the same standards they hold their countrymen and women to. So as long as you aren’t causing meiwaku to those around you, you shouldn’t have any problems. 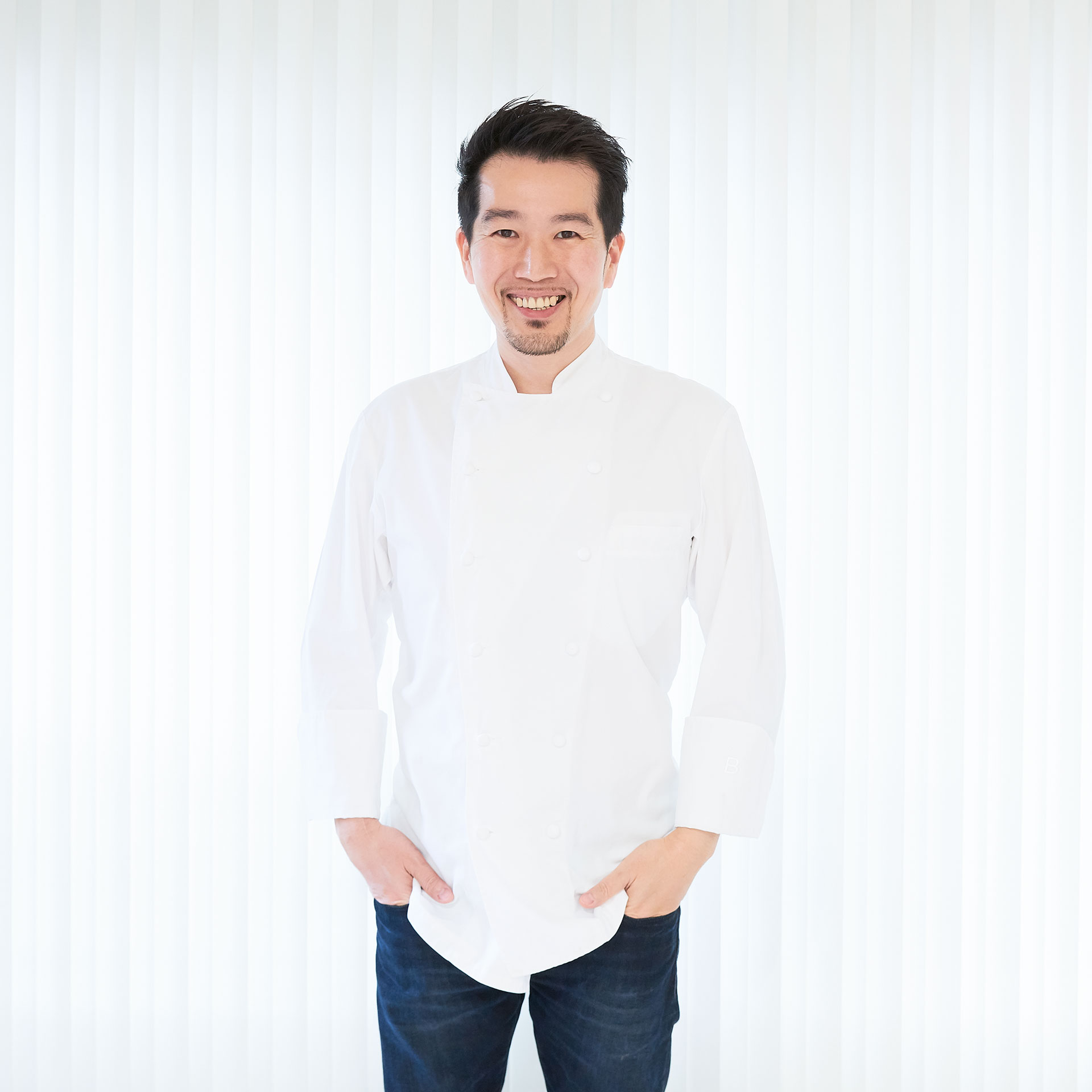 Marc Matsumoto is a chef, food blogger, and consultant living in Tokyo, Japan.

Having grown up wandering between three continents, he spends his days bringing the world closer together through food, and his nights exploring its furthest reaches on foot.