First, a geography lesson. Montevideo is a mere two-hour, fifteen-minute ferry ride from that other great South American capital, Buenos Aires. And they share plenty: a love for meat; a quarrel over dance. But the other city of tango is no less deserving of your attention, despite the modest moniker. Smaller and calmer, Montevideo is as fascinating a center of culture and history as anywhere in the Southern Hemisphere. Simply put: you can’t go wrong with Uruguay’s capital city.

Here’s where to begin in Montevideo:

IF YOU STEP INSIDE ONE BUILDING:
Not counting your hotel, obviously. Besides that, it has to be the Teatro Solis. Looming proudly in the must-see Ciudad Vieja (more on that district below), this 1856 structure has a storied history, one much too long to summarize anywhere short of a 400-page tome. But the thesis would be simple. This is the premier performance space in Montevideo, a must-see whether you’re in it for the culture or the architecture or just to say you went. You could take a behind-the-scenes tour, of course, but why settle for a guide when you could go see the philharmonic? Or an opera? Or a dance, or a play, or a concert?

IF YOU STUFF YOUR FACE ONCE:
Uruguay loves meat the way the Czech Republic loves beer. So if you’re on a diet, or you’re a vegetarian, or you’re just generally compassionate on behalf of your arteries, mentally prepare yourself for the chivito. It’s a steak sandwich, yes, but that doesn’t convey just how much meat is involved. Across its many variations, Uruguayans usually stack their national dish with some combination of ham, cheese, bacon, peppers, and “a bunch of other stuff,” as a smitten Anthony Bourdain put it. Look for the chivito canadiense, one of the most popular iterations. No matter where you find it, and you’ll find it wherever you are, you will find it huge and sloppy. Take comfort in the fact that if you have to get drunk to start eating this, you’ll be sober by the time you’re done.

IF YOU ONLY DRINK MATE ONCE:
Maybe it’s because you’re still getting used to the bitter taste. Mate is the combination of leaves from the Ilex paraguariensis tree (the yerba) with hot water in a gourd-like container (the mate) to create a drink you might describe as something of a tea with the caffeine jolt of coffee. And if you’re only going to have it once, why not sip it along the gorgeous promenade, the Rambla, that stretches all along the city’s shoreline? Rhetorical question. Do that. Buyer beware: the health benefits (and detriments) of yerba mate are an ongoing topic of debate.

IF YOU CHECK OUT ONE MARKET:
It’s got to be Mercado del Puerto. An indoor/outdoor space, truthfully this is our loophole to recommend that you eat more meat. Really, just try to resist the aromas wafting from the many parrillas (steakhouses) offering every cut of their famed Uruguayan beef. If you’re suffering from meat sweats already, there are plenty of crafts and souvenirs on display, as well.

IF YOU EXPLORE ONE NEIGHBORHOOD:
It should be Ciudad Vieja, the oldest neighborhood in Montevideo. It’s where you’ll find our favorites like Teatro Solis and Mercado del Puerto, and where the museums sit in architectural and historical gems more than worthy of the exhibits housed within. An architecturally unique early 20th-century mansion hosts the Museo de Artes Decorativas. A colonial building dating to 1804 holds a history museum. Meanwhile, a tangle of small streets wind around important monuments like the Gateway of the Citadel and various Art Deco and Beaux-Arts gems of the city. Plaza Independencia is the place to begin.

IF YOU GO SOMEWHERE ELSE WHILE YOU’RE THERE:
You can’t go wrong with the rest of Uruguay either, so chances are you don’t intend to spend all of your time in Montevideo. Within a couple hours drive you’ll find the booming coastal city of Punta del Este, often referred to as the “Uruguayan Riviera.” If that descriptor doesn’t quite get your motor running, perhaps Casa Zinc will. It’s a small hotel that’s huge on character, filled as it is with well-chosen antiques, salvaged materials, and vintage pieces in styles ranging from country kitchens to mid-century architectural pieces and industrial cast-offs. A little further down the road is the highly-desirable beach town of Jose Ignacio, which stands out to us most of all for its trio of hotels from the estimable Vik group, including Playa Vik, a modernist monument on a stunning parcel of oceanfront land.

Montevideo is unlike any other destination, and the hotels featured on Tablet are unlike any other hotels. You know where to start when it comes to unique local attractions — now it’s time to discover where you should stay. 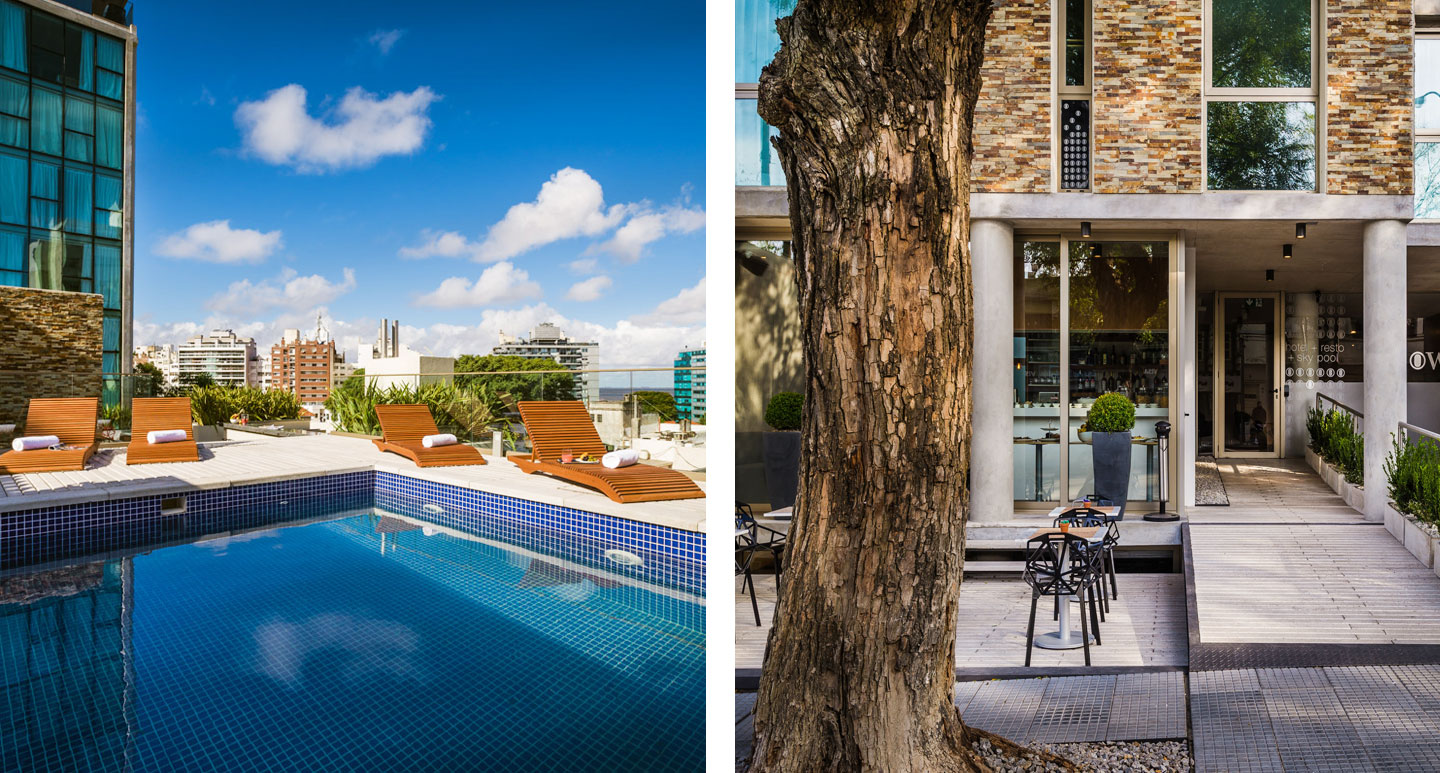 The Own group brings their particular brand — contemporary style, practical amenities, customizable services with some luxuries thrown in — to Montevideo’s upscale coastal neighborhood of Punta Carretas. Access to the Rambla and proximity to the Saturday market in Parque Villa Biarritz complement the experience. 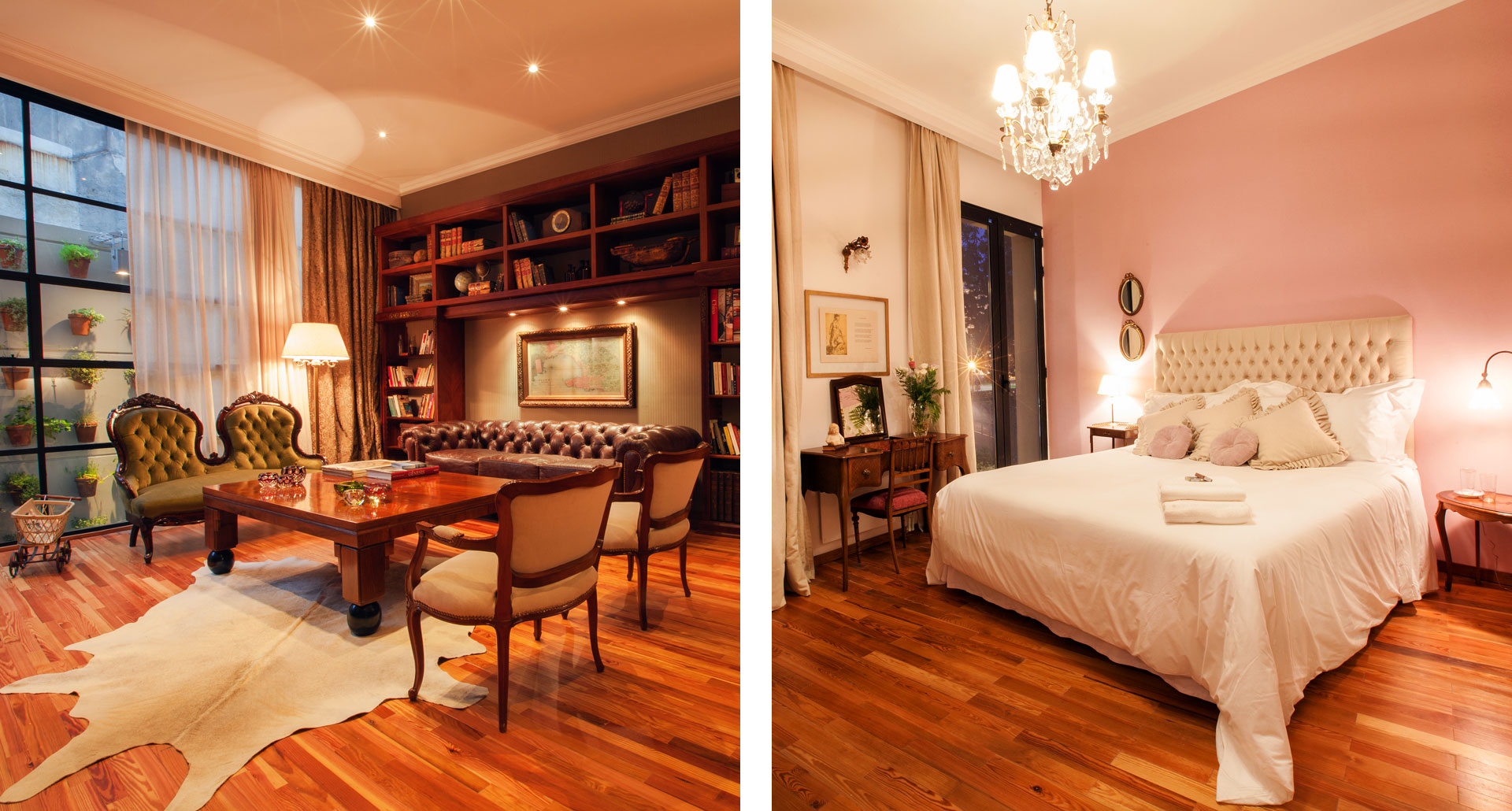 In the heart of the lauded Ciudad Vieja is the Alma Historica Boutique Hotel, a place that’s both elegant and educational. Housed in a restored colonial house, each of the fifteen rooms is individually decorated, inspired by the story of a famous Uruguayan. The look is old-world with a modern twist, and the sophistication extends to a public terrace, high above the treetops, furnished with chaises and a wood-paneled jacuzzi. 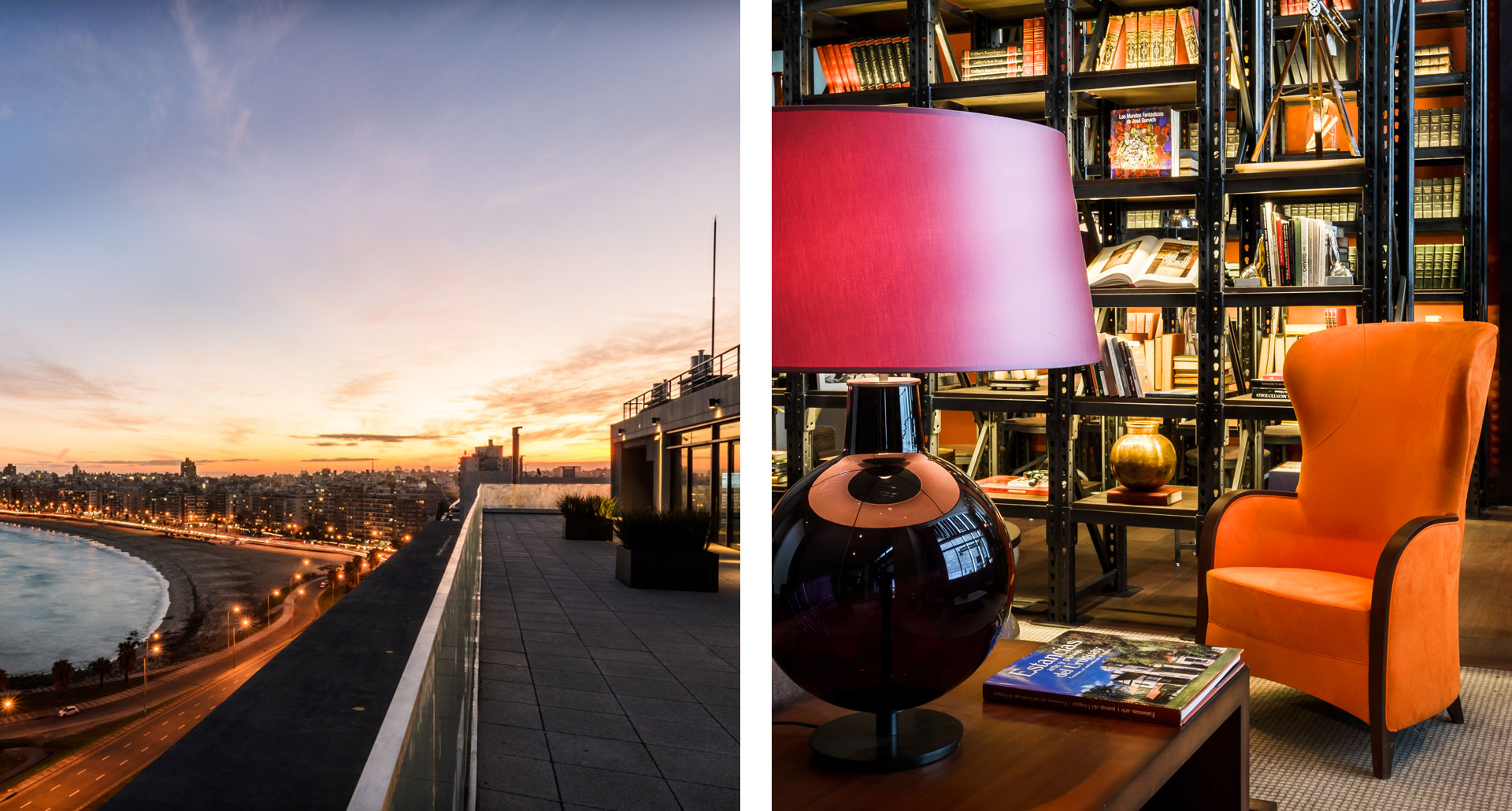 Steps from the Rambla promenade that saunters along Uruguay’s coastline, the Hyatt Centric is in the old-yet-modernized Pocitos neighborhood, with access to the beach and plentiful views of the water. On the inside, it’s all spacious and sleek, familiar comforts with a contemporary edge, a plush place to return, whether you fill the day with tango and chivitos or sand and sun.

See all of our hotels in Uruguay.