Prague is all about history, it’s all about beauty, and — let’s be honest — it’s all about beer. But even if you’re not here for the ale, Prague is 10 centuries old, full to the brim with castles, monasteries, and some of the most beautiful Gothic buildings in the world. You’ll have more than enough history and architecture to keep you happy in the City of a Hundred Spires.

Here’s where to begin in Prague:

IF YOU HAVE ONE BEER:
You’d be missing out. But if you’re only having one, go with what’s by all accounts the world’s first pilsner. The inspiration for suds around the world. The Pilsner Urquell, one of the most adored in the country. Actually invented in Plzen (in English, appropriately, “Pilsen”) not Prague, it won’t be hard to find no matter what Czech city you’re in. But if you’re looking for a specific Pilsner Urquell pub in Prague, U Jelinku serves nothing but. Get one. Drink one. After that, you have our permission to branch out into the world of Czech beer, a world that borders on the religious.

IF YOU INSTAGRAM ONE FOOD:
Trdelník is the traditional Czech pastry — and when you add some ice cream, it is beautiful. Alternately described as a churro or a donut, in summer you use them for ice cream cones (and social-media likes). Street vendors abound, although at one place in particular — Good Food: Coffee and Bakery — they’re particularly photogenic.

IF YOU SEE ONE ANCIENT SITE:
We’ll mention the iconic Prague Castle just to cover our bases, but our choice is the adjacent Strahov Monastery, founded in 1142, because we’re all in on the beer theme. Yes, they brew beer here, although “they” are no longer monks. Yes, you can have some — the brand is St. Norberts, and the excellent varieties rotate by season. The Strahov complex is also home to a beautiful period library that’s, in fact, more renowned than the brew.

IF YOU VISIT ONE BIG TOURIST ATTRACTION:
Go see the famous astronomical clock, a 600-year-old horological gem in Old Town Square. Just don’t make an effort to get there for the “show.” Look, we’ll even spoil it: when the clock ticks off the hour, two windows open on the clock tower and a handful of apostle figures parade past. Instead, take that time to explore the rest of Old Town (we suggest a walking tour that takes you across the Charles Bridge).

IF YOU CHECK OUT ONE MUSEUM:
Spanning four historical synagogues in the Jewish Quarter in addition to the Old Jewish Cemetery, the Prague Jewish Museum is a sober reminder of centuries of oppression, and an integral part of the city’s history and character. Similarly grave (and historically crucial) is the Museum of Communism. Less so is the Museum of Sex Machines.

Prague is unlike any other destination, and the hotels featured on Tablet are unlike any other hotels. You know where to start when it comes to unique local attractions — now it’s time to discover where you should stay. 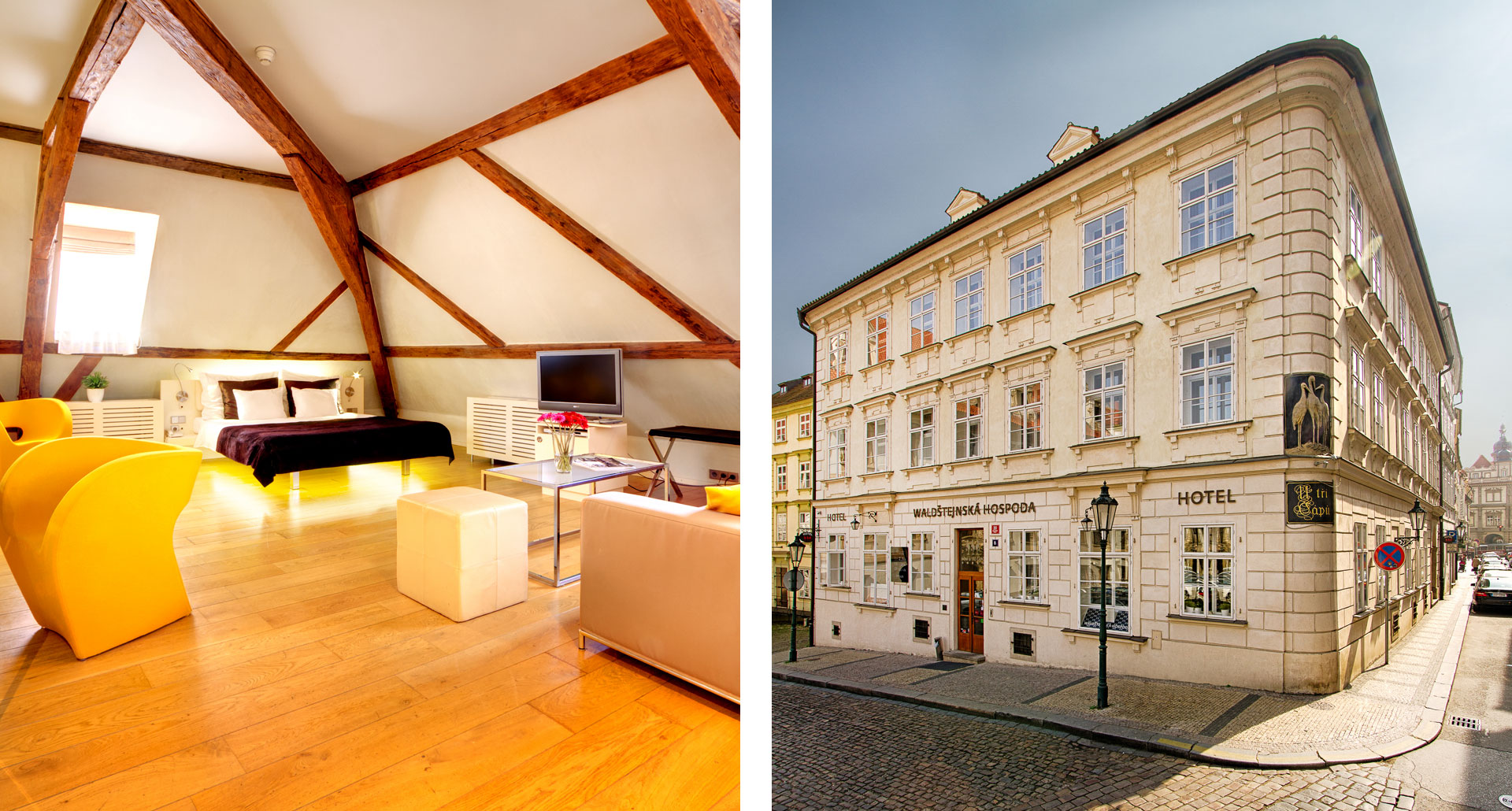 After a long life as a monasterial brewery from the 14th century, including several reconstructions and expansions, the Three Storks is finally, at long last, the high-design boutique hotel it always deserved to become. In the shadow of Prague Castle in the must-visit Malá Strana neighborhood, rooms come with all the technological bells and whistles and the restaurant serves traditional Czech cuisine. You couldn’t ask for a better introduction to the city. 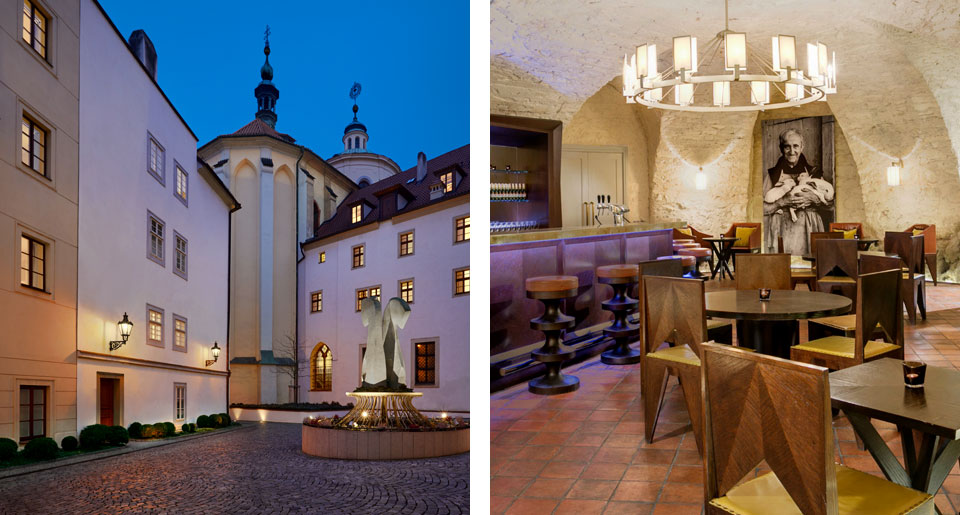 Seven linked buildings make up the Augustine, a stylishly designed hotel that boasts its own converted 13th-century monastery. The history continues at the Brewery Bar, which features centuries old stalactites and stalagmites. It’s not the only place you can find the beer — an additional feature on the spa menu, used in facials and massages. 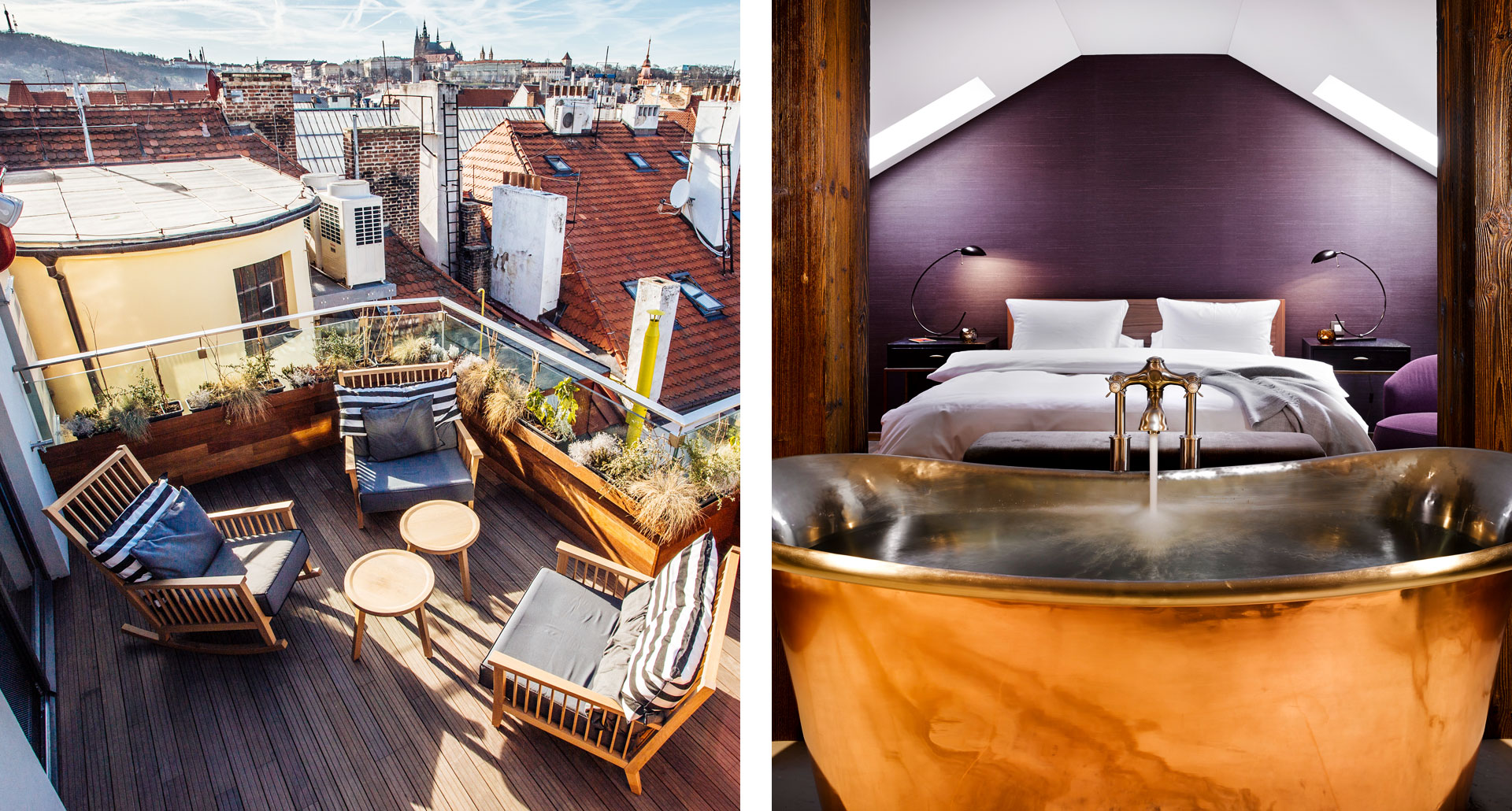 With clean lines, rich materials, and a host of other well-chosen modern details, central Europe may have been slow to the boutique game, but the Emblem is more than making up for lost time. A top-floor spa offers beautiful views of Prague’s historic buildings from a panoramic terrace. 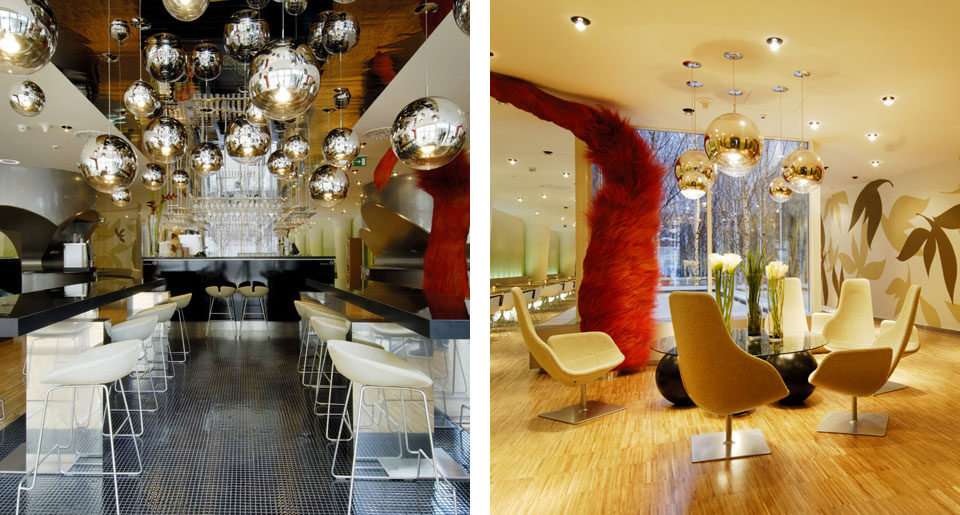 Just off Wenceslas square is Grandium Prague, one of the city’s classic old buildings, which has undergone a contemporary makeover and now finds itself a high-design boutique hotel. Cheery colors stand out against the picturesque Gothic city, and the 200 room hotel has the facilities to match: an extensive restaurant space, outdoor terrace garden, sauna, and fitness center among them. 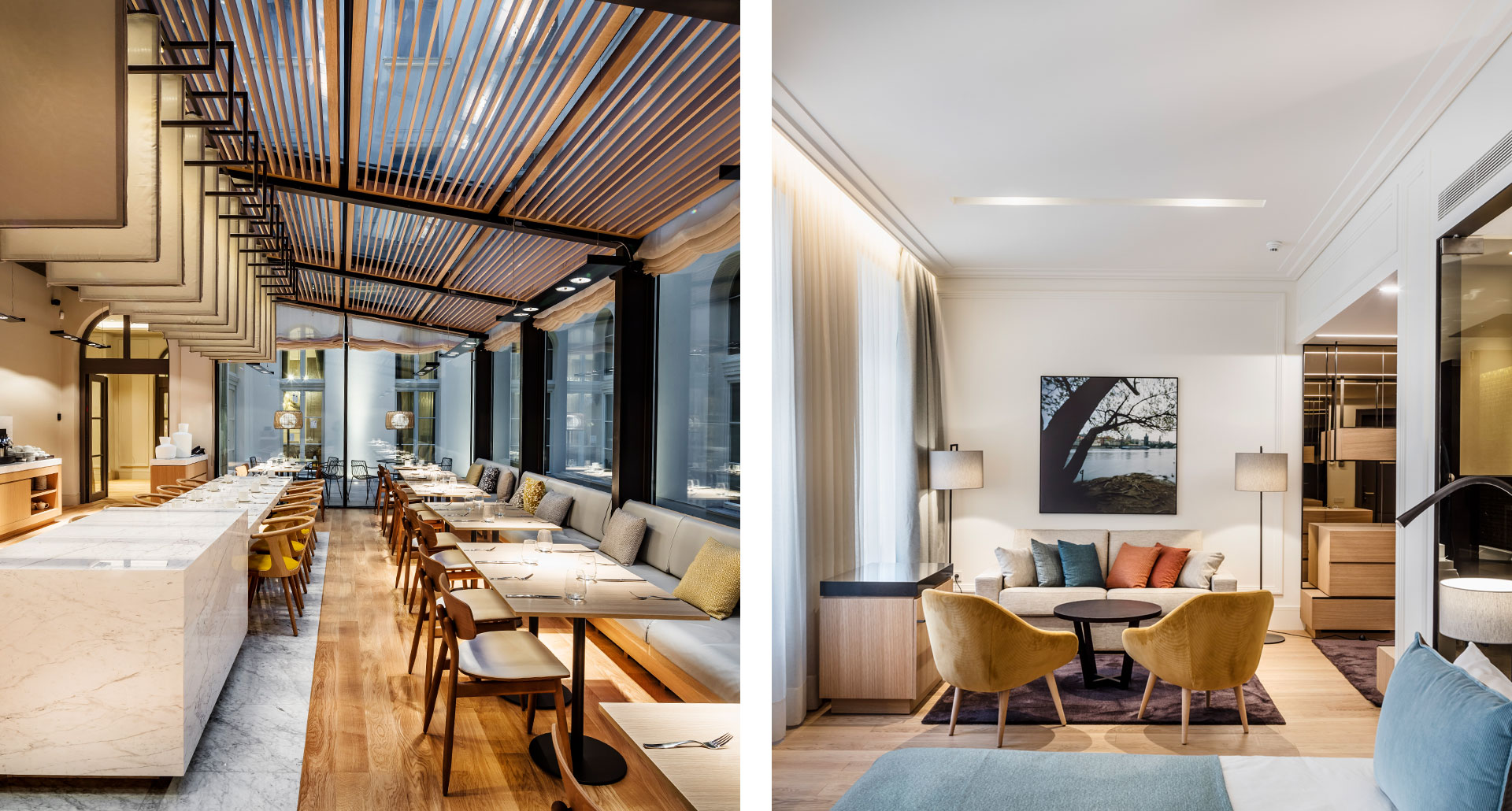 Another hotel that wields its chic design against the backdrop of Prague’s Old Town, BoHo Prague doesn’t attempt to escape the post-office past that explains its soaring ceilings and massive windows. But its refined, minimal boutique look is nonetheless the draw here, the ideal place to relax with a coffee (or a beer) after a day of exploring Prague’s sites.

See all of our hotels in Prague.