Themed hotels often risk sacrificing comfort for concept. But thanks to some uniquely passionate visionaries, these hotels achieve the perfect balance.

It’s not easy to pull off a great themed hotel. Inherent in the concept is the risk of focusing too much on your theme and not enough on your guests. When it comes to the themed hotels we feature on Tablet, though, the opposite is often true. Look no further than the examples below — the passionate visionaries behind these hotels have their priorities in order, and would be heartbroken if their thematic celebrations were responsible for anything less than an exceptional guest experience. 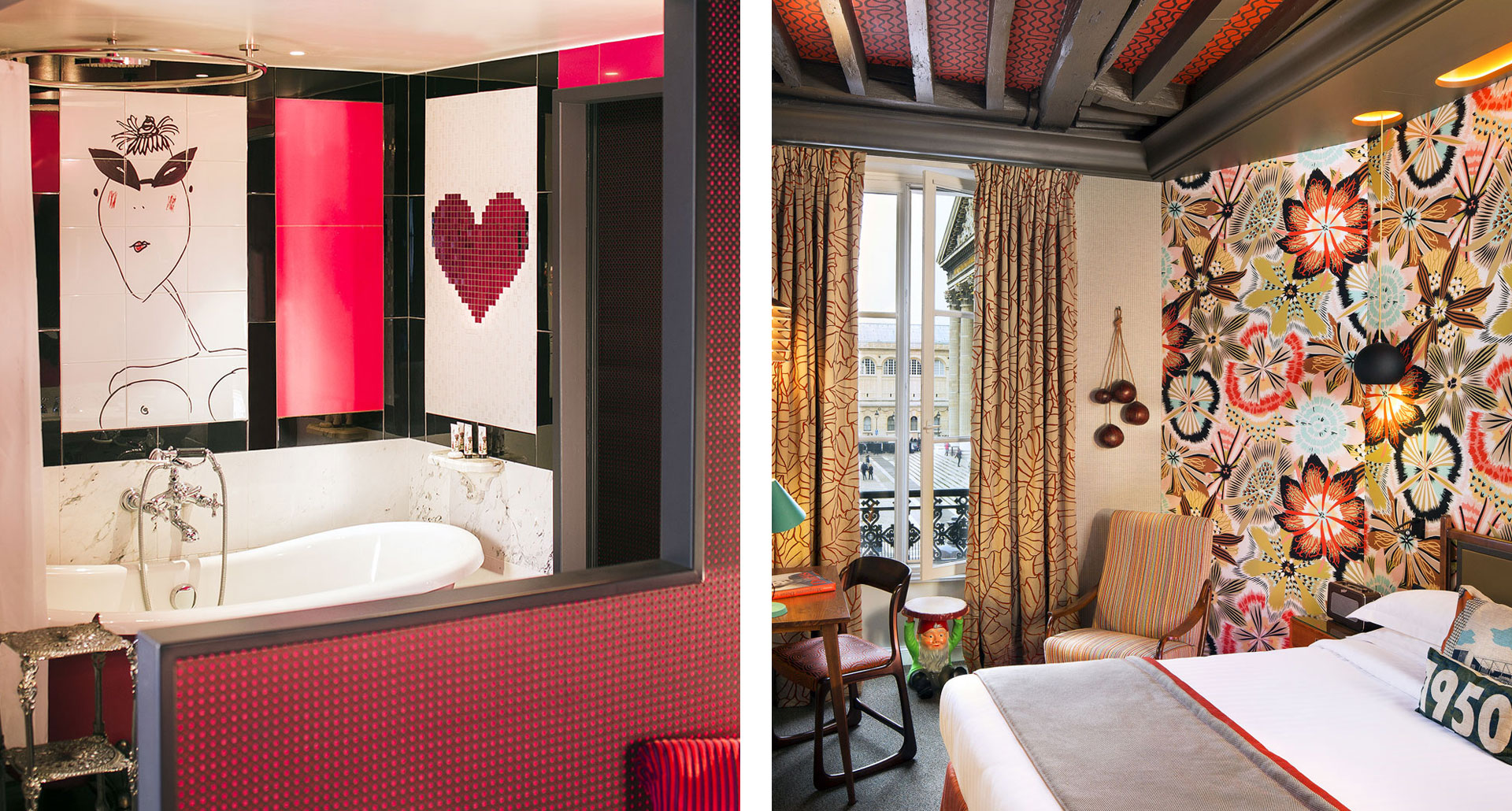 Here, in the shadow of that famous monument to French history’s great men, is a hotel dedicated to the “free, independent women” who’d no doubt also be in the Pantheon if owner Corinne Moncelli had a say in the matter. Until then, each floor of Les Dames pays tribute to a different woman or group, from Edith Piaf and Marguerite Duras to les Cocottes, the courtesans of the 19th century. 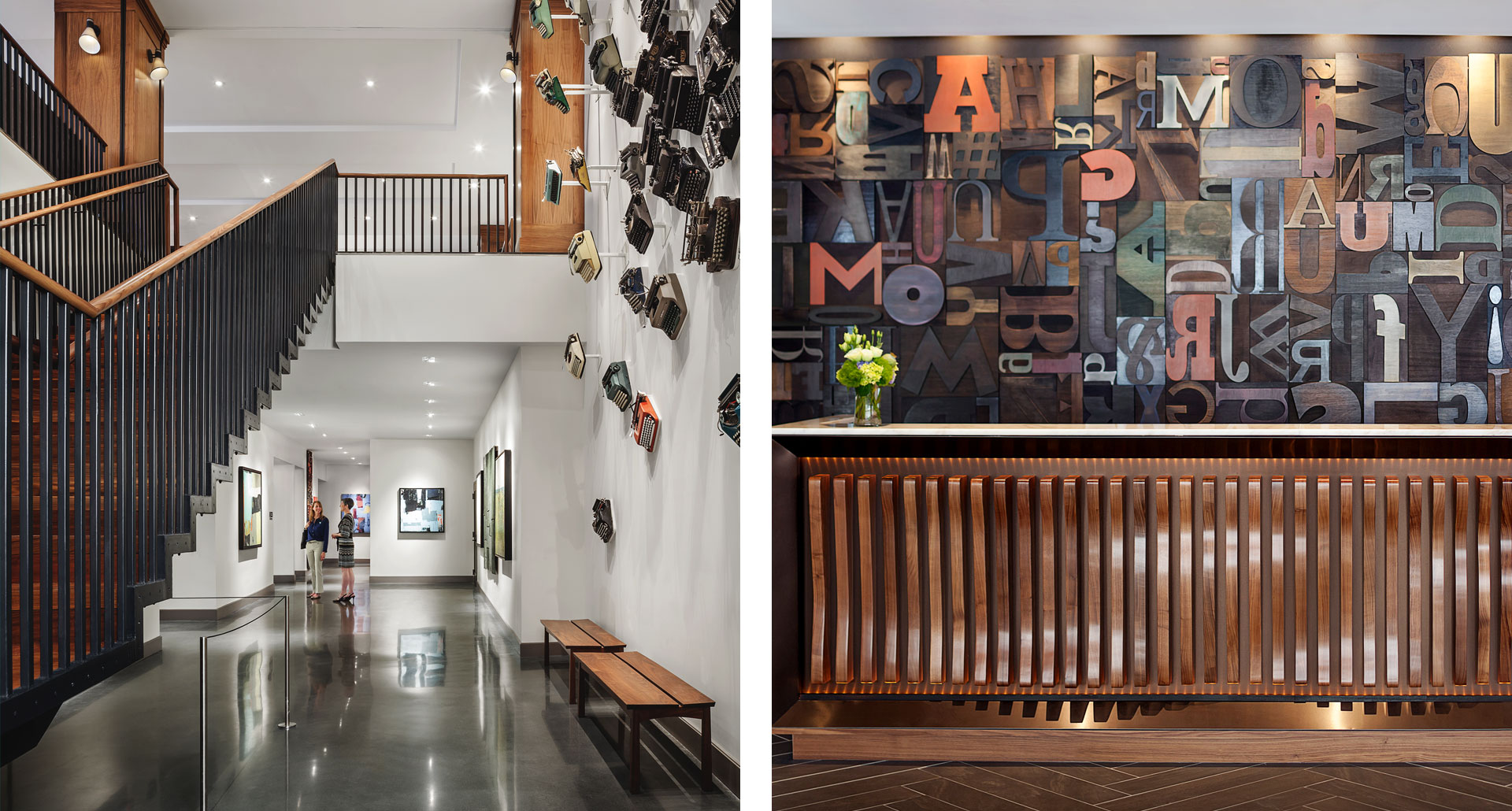 The Press Hotel celebrates the tools of 20th-century journalism and their critical role in the pursuit of truth and justice. This corner building was once headquarters of Portland’s Press Herald — its new design scheme echoes that illustrious history with direct nods to the Fourth Estate and rooms that are modeled after 1920s-era newsroom offices, complete with retro writing desks. 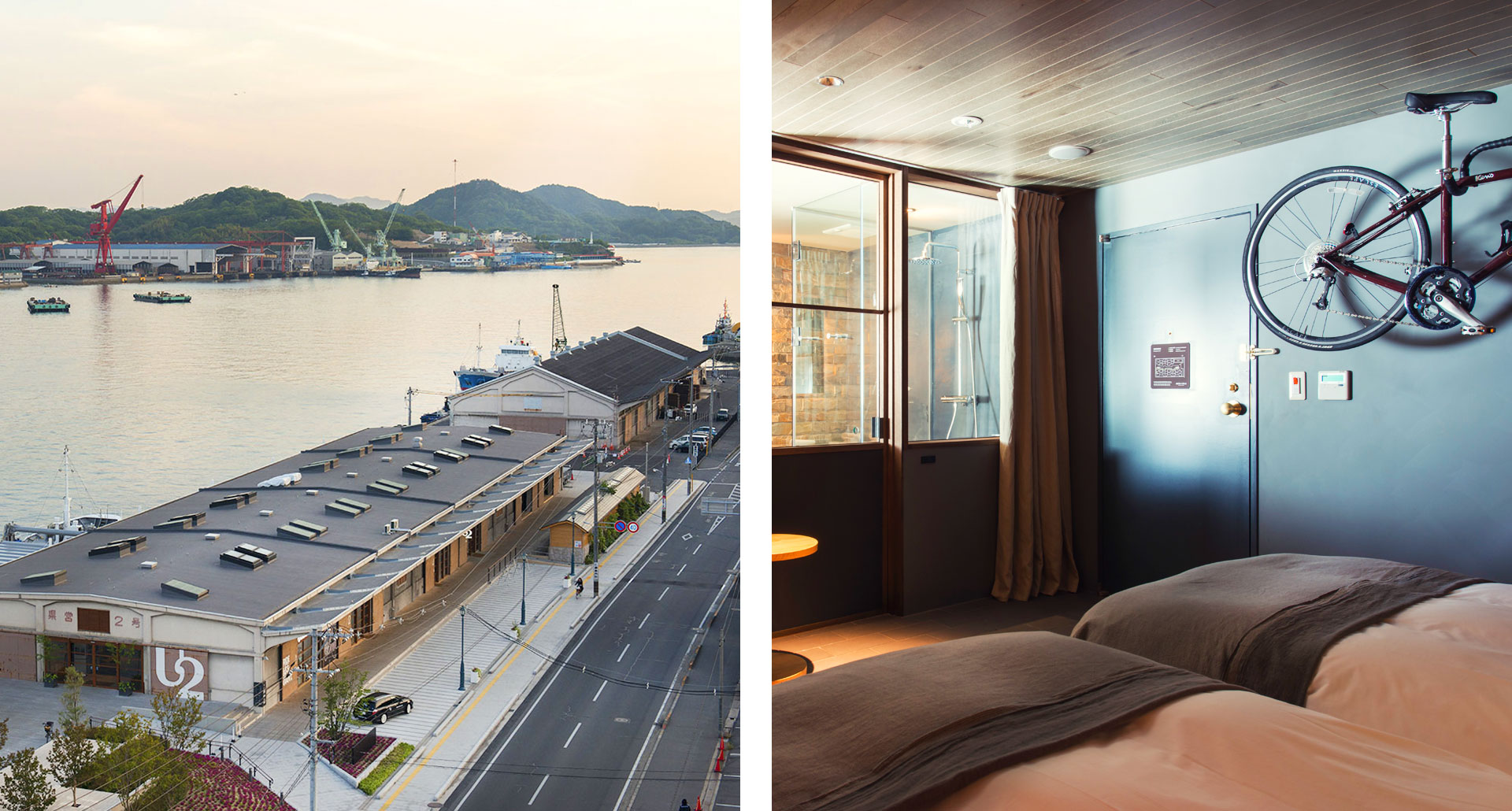 The Japanese have a way of taking an idea that would be met with cynicism in the States, and, through sheer single-minded commitment, turning it into something unironically cool. Hotel Cycle is so dedicated to its bicycle theme that you don’t even have to step off your pedals — you can ride right off the famed Shimanami Kaido cycle path and right into your room. 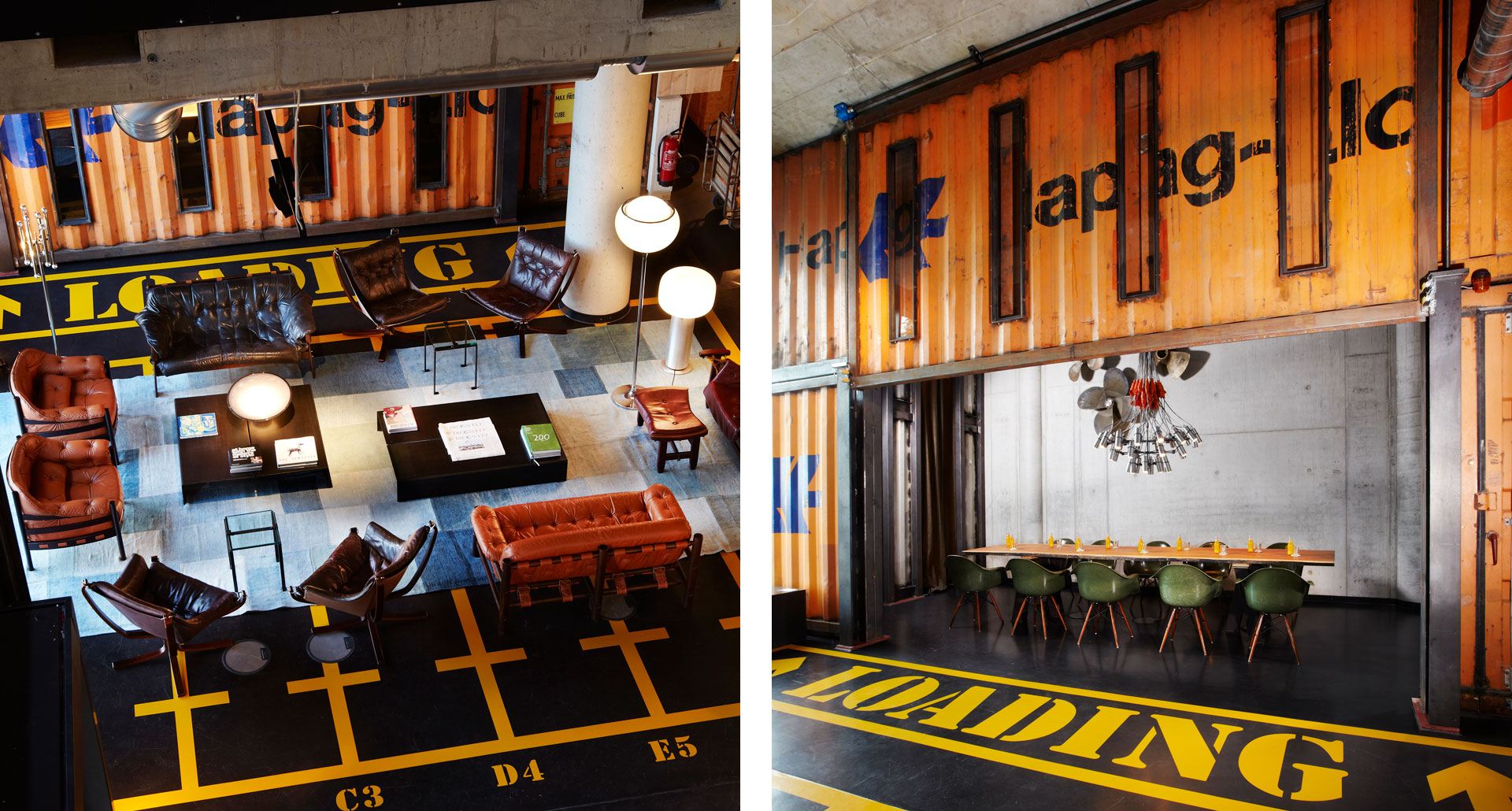 HafenCity is a prime example of modern urban renewal, a massive redevelopment project that brings new mixed-use life to Hamburg’s waterfront port district. For their part in this venture, the 25hours group wisely decided to cast an eye toward the neighborhood’s history, with décor that’s full of references to the shipyards and docklands of old Hamburg. 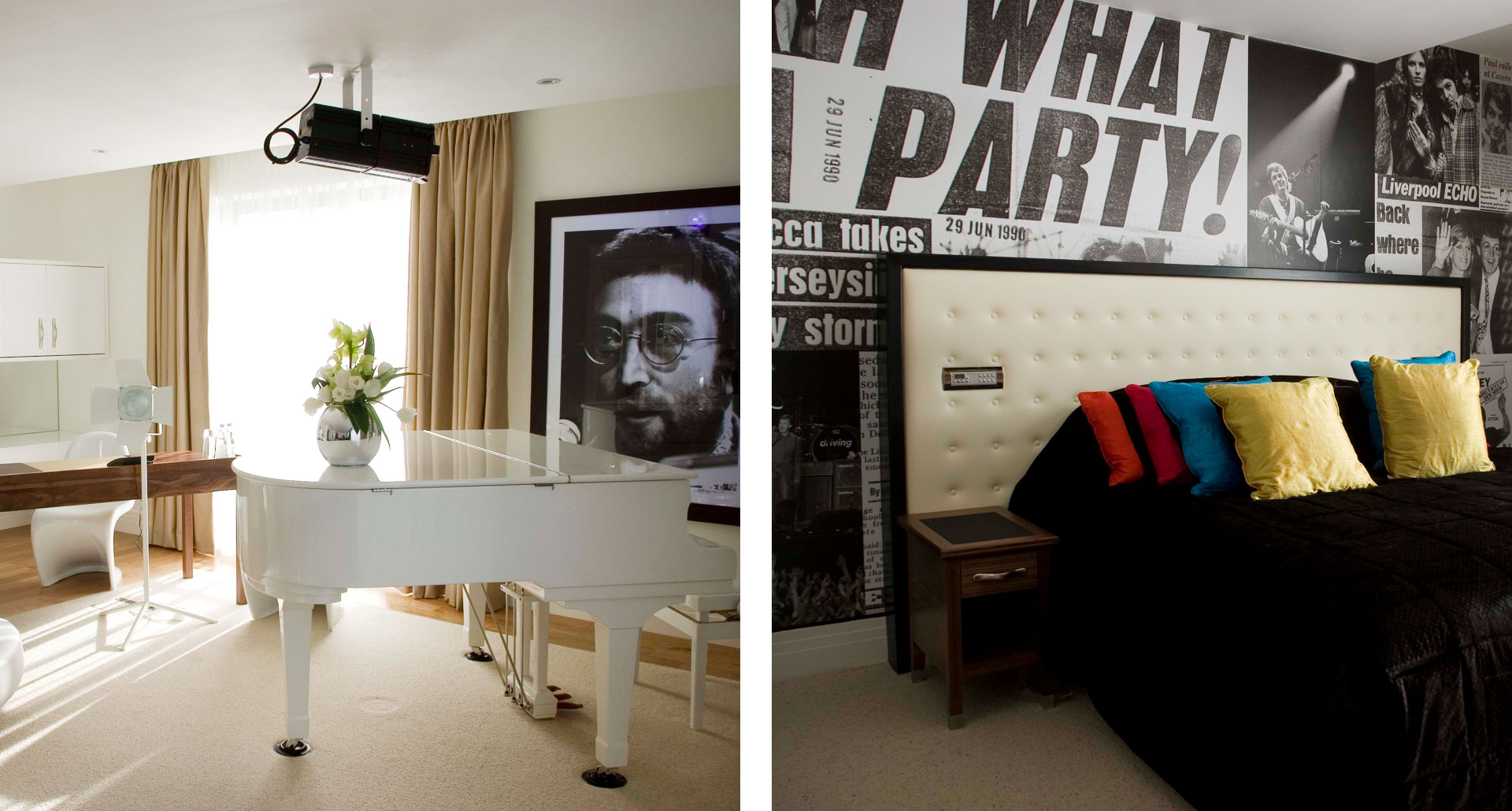 Are there any other rock stars that could sustain an entire hotel dedicated solely to them? Can you imagine a Radiohead hotel in Oxford, or a Springsteen hotel in Asbury Park? Thanks to the Hard Days Night Hotel, we know exactly what a Beatles-themed hotel in Liverpool would look like. Inside you’ll find the requisite portraits and memorabilia, as well as a white grand piano in the Lennon suite. 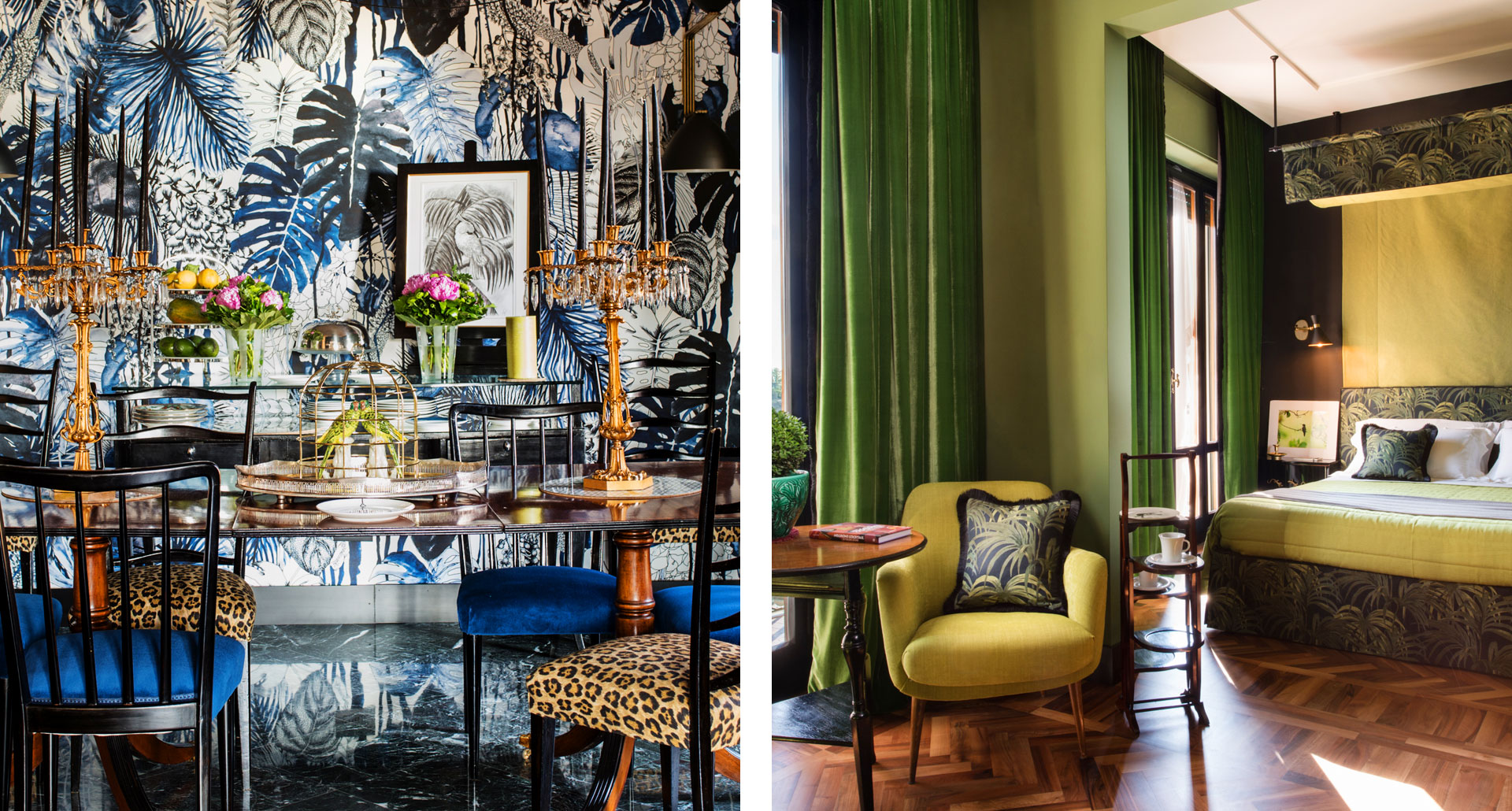 The “Velona” is for Pasquale Velona, antique dealer and grandfather of the proprietor, Veronica Grechi. His mid-century collection provides many of the hotel’s artworks and furnishings. The “Jungle” is for the animal-print upholstery, peacock-feather prints, big-cat portraiture, and jungle-foliage wallpaper, while the “Luxury” is for the exceeding levels comfort and private-house intimacy. 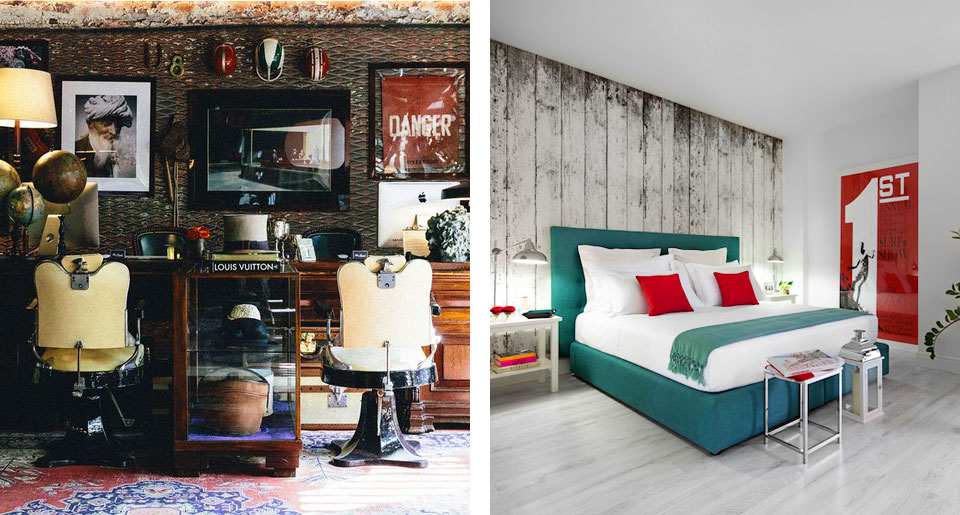 The Yard is a terrific example of not letting the theme overwhelm the reality of the comforts a hotel has to provide. The sport-inspired interiors are impeccably designed and curated by the owners — but this house is meant to be inhabited, not just photographed. The thematic elements can be found most distinctly in the suites, each saluting a different recreational pastime, from golf and tennis to fencing, polo, and racing. 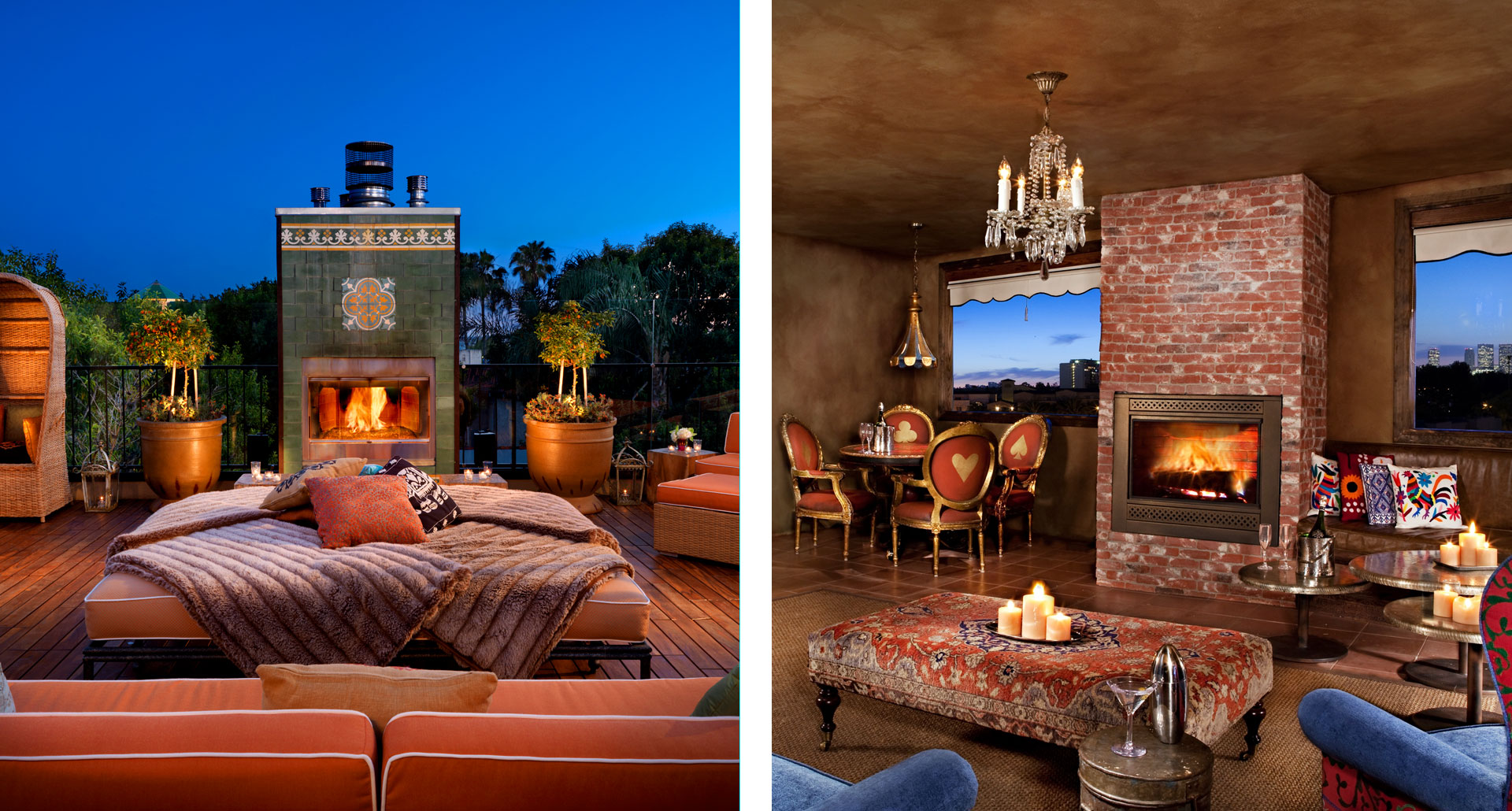 The moment you step inside Petit Ermitage one thing becomes clear: this is a tribute to the Hermitage Museum in St. Petersburg, Russia. Okay, maybe not everyone will immediately pick up on that subtle connection, but that’s precisely the point. In the case of a themed hotel, inspiration is far more flattering than imitation, and this homage to a 19th-century Russian version of Venice will never get in the way of your good time. 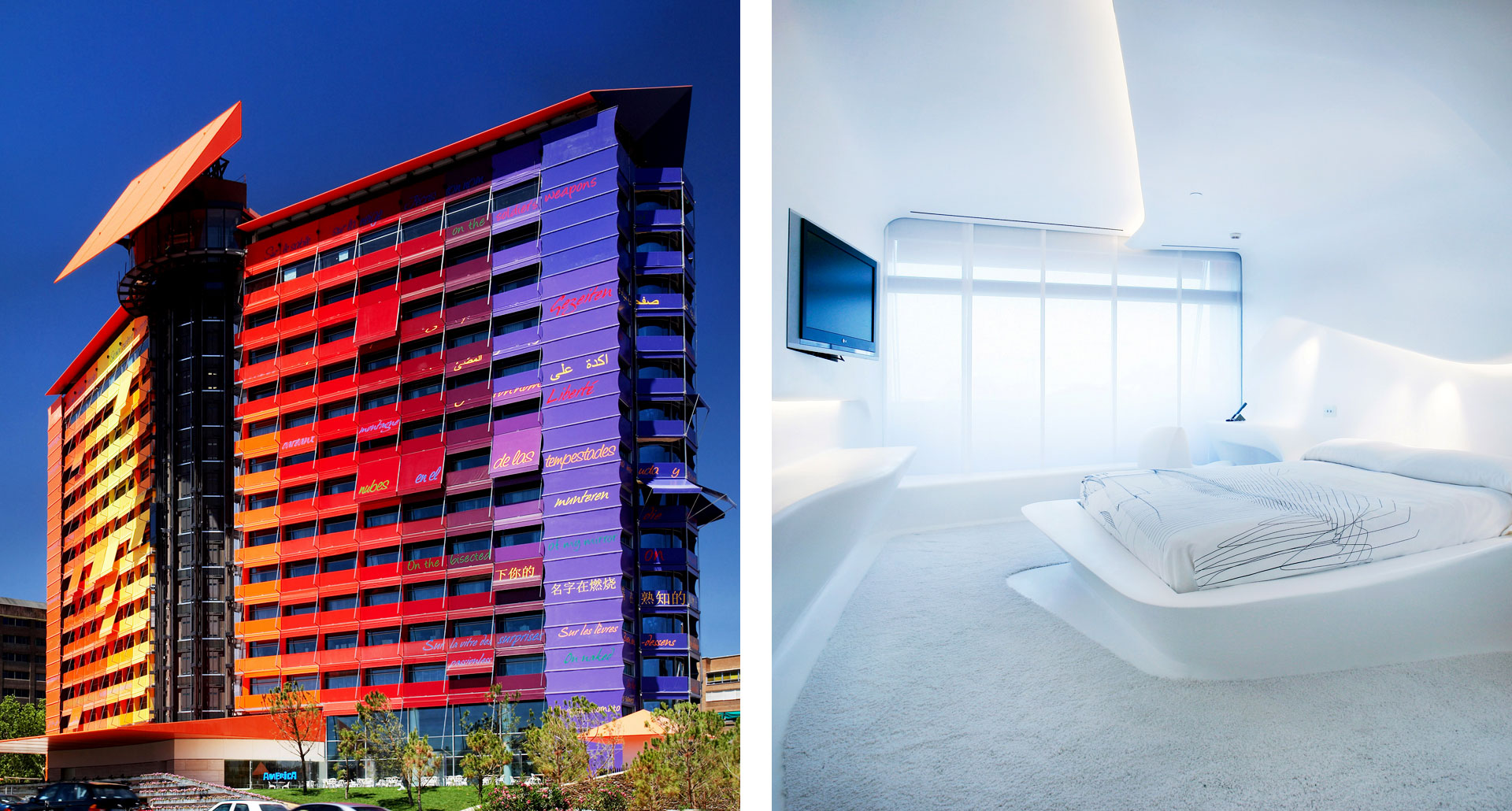 What if you could live inside the exhibits of a museum? Madrid’s colorful Hotel Puerta America might be your best opportunity to do just that. From John Pawson’s lobby and Christian Liaigre’s restaurant up through floors by Zaha Hadid, Norman Foster, Marc Newson, Ron Arad, and many more, the hotel is practically a museum of modern architecture and design. 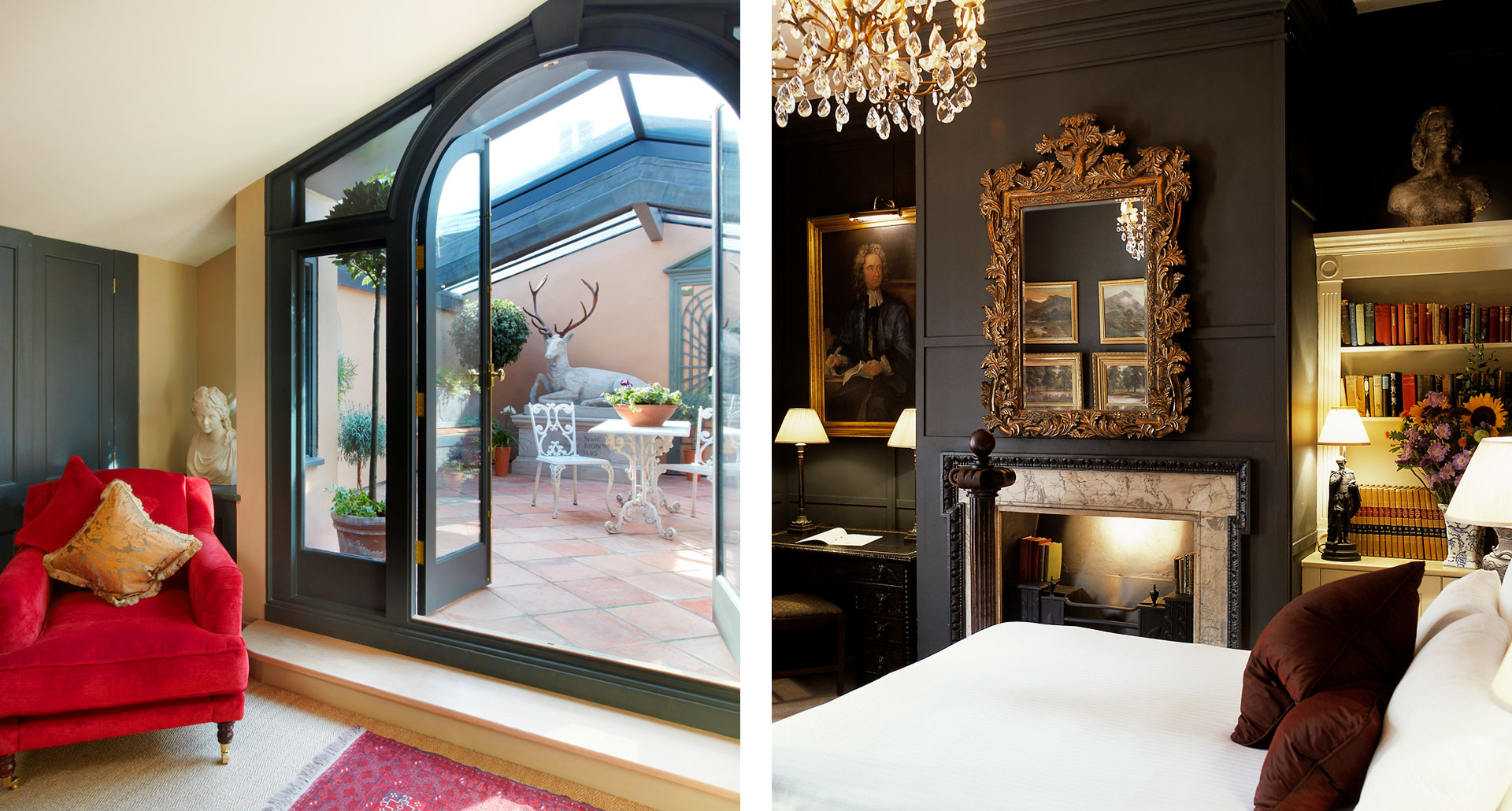 This little London townhouse was home to writer William Hazlitt in the early 19th century. In its current life as a hotel, the Georgian building remains packed with a character and an obvious love of letters that would continue to make him proud. In fact, each of its twenty-three rooms is named after a famous literary guest, from Wordsworth to Jonathan Swift. 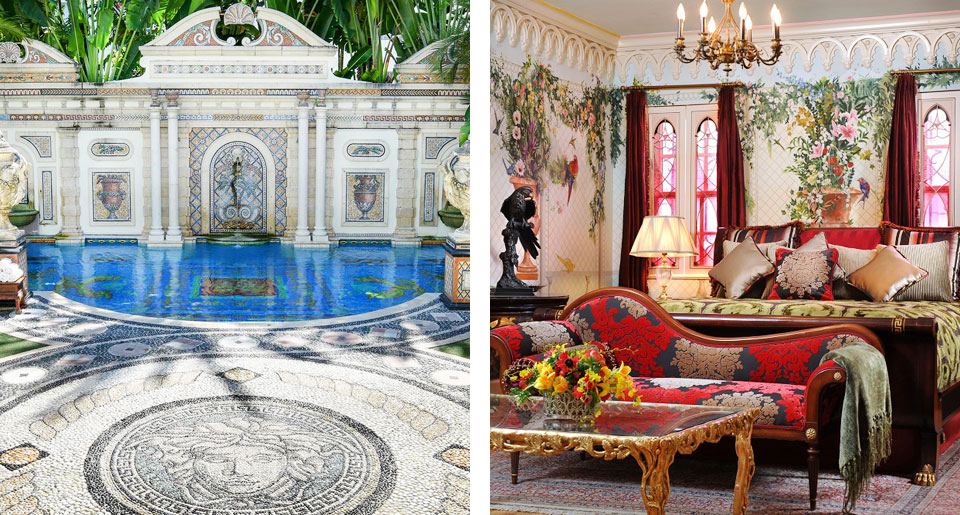 Is this one cheating? We’re not sure. Casa Casuarina is Gianni Versace’s former mansion, and if you wanted to experience a “Versace” theme, we’re not sure this isn’t the most all-encompassing version you could have. Versace fell immediately in love with this 1930s mansion, purchasing it in 1992 and investing nearly $40 million into the house and surrounding properties before his murder there in 1997. 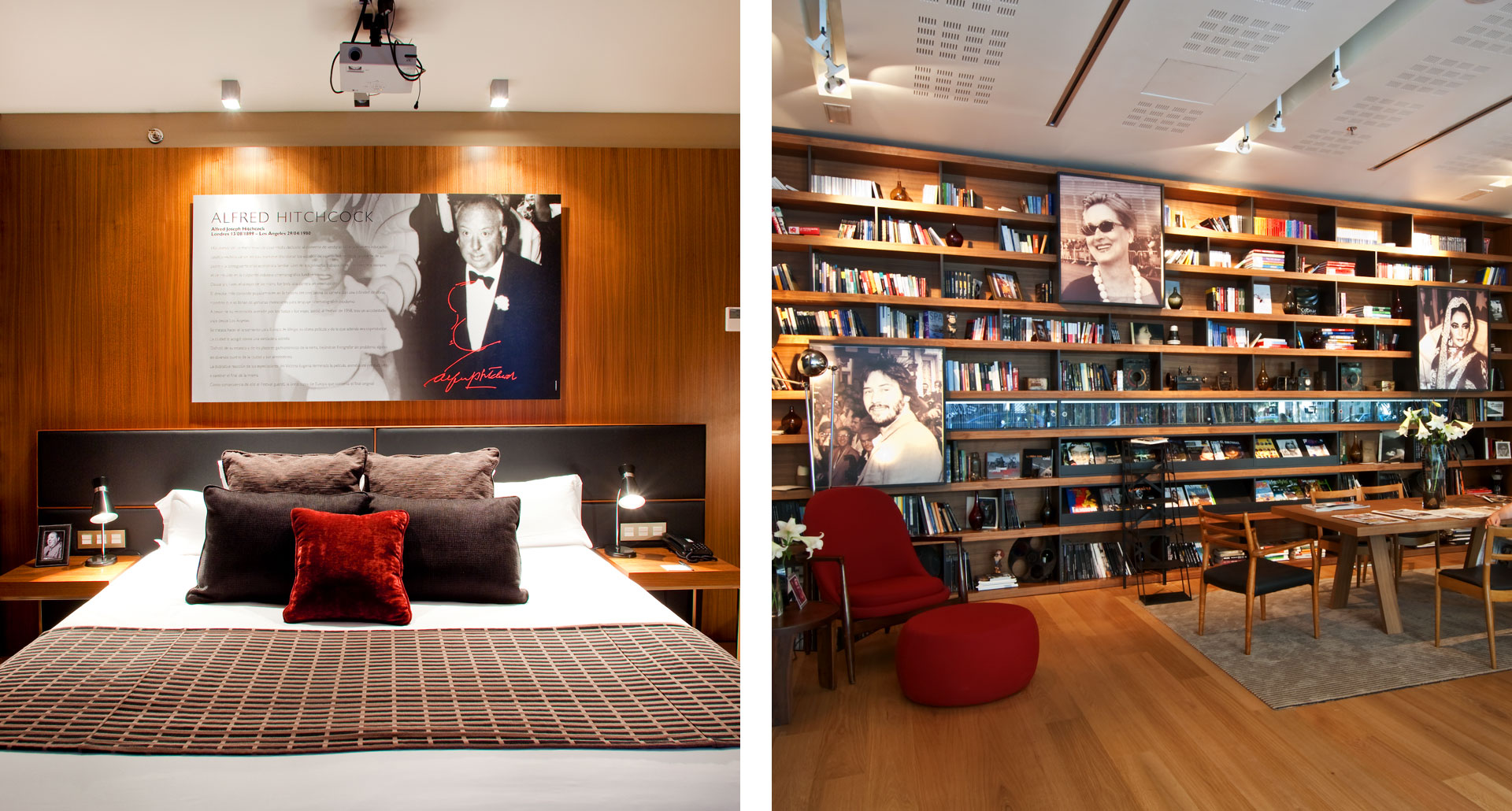 In the wrong hands, a cinema-themed hotel could quite easily go off the rails. Think front-desk clerks with the temperament of Charles Foster Kane, the shark from Jaws popping out from around each corner, and something ominously called “The Apocalypse Now Room.” Thankfully, Astoria7 sticks mainly to photos of the film industry’s most successful actors and directors — and there’s a reassuring absence of peep holes in the Hitchcock Suite. 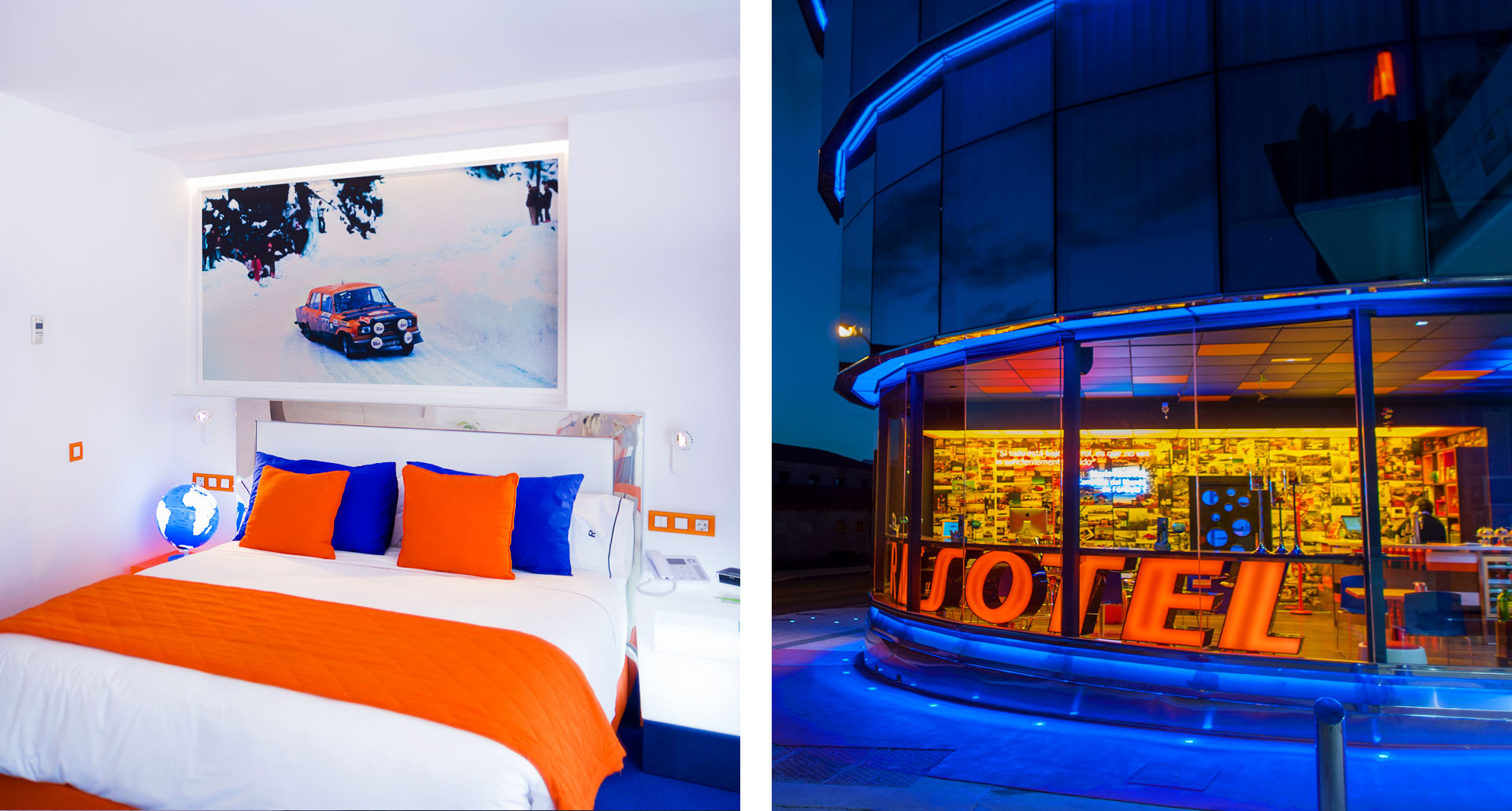 Resotel Salamanca might be the most surprising entry on this list. Juan Carlos, the manager and designer, took over a humble gas station from his parents and transformed it piece by piece into an 11-room technicolor shrine to car racing and motorsports. This is the ultimate passion project — a singular obsession on full display, but never distracting from the mission to provide a first-rate guest experience. 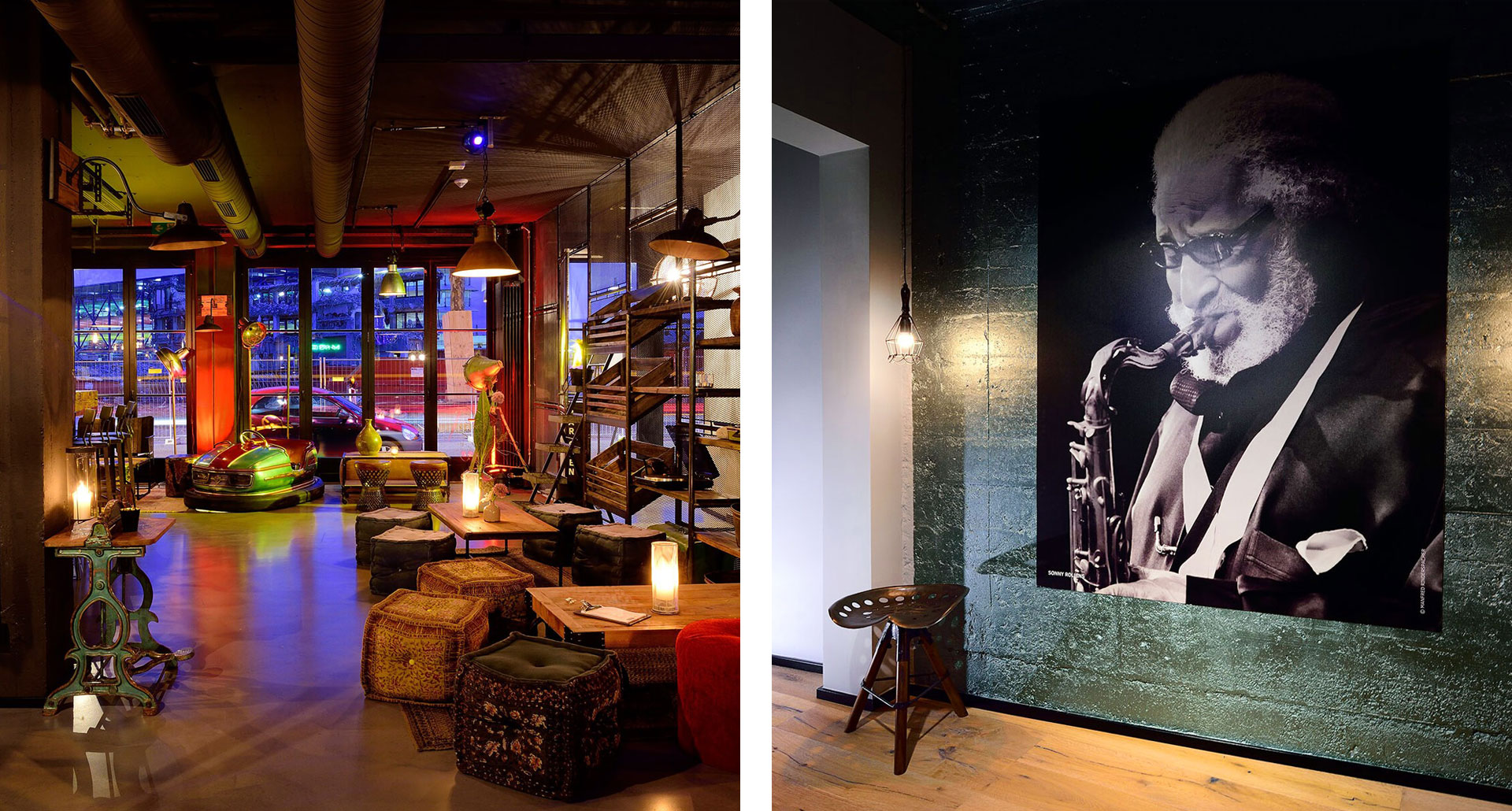 Being mere feet from the city’s central train hub, and with a name like STAYTION, one would think the theme here would be something transportation-related. Not so. The hotel’s motto is “music meets industry,” and each of its floors is dedicated to a different band or genre, while the “industry” part is expressed by a design that cleverly repurposes all manner of pipes, careworn wood, caged bulbs, and, of course, snare drums. 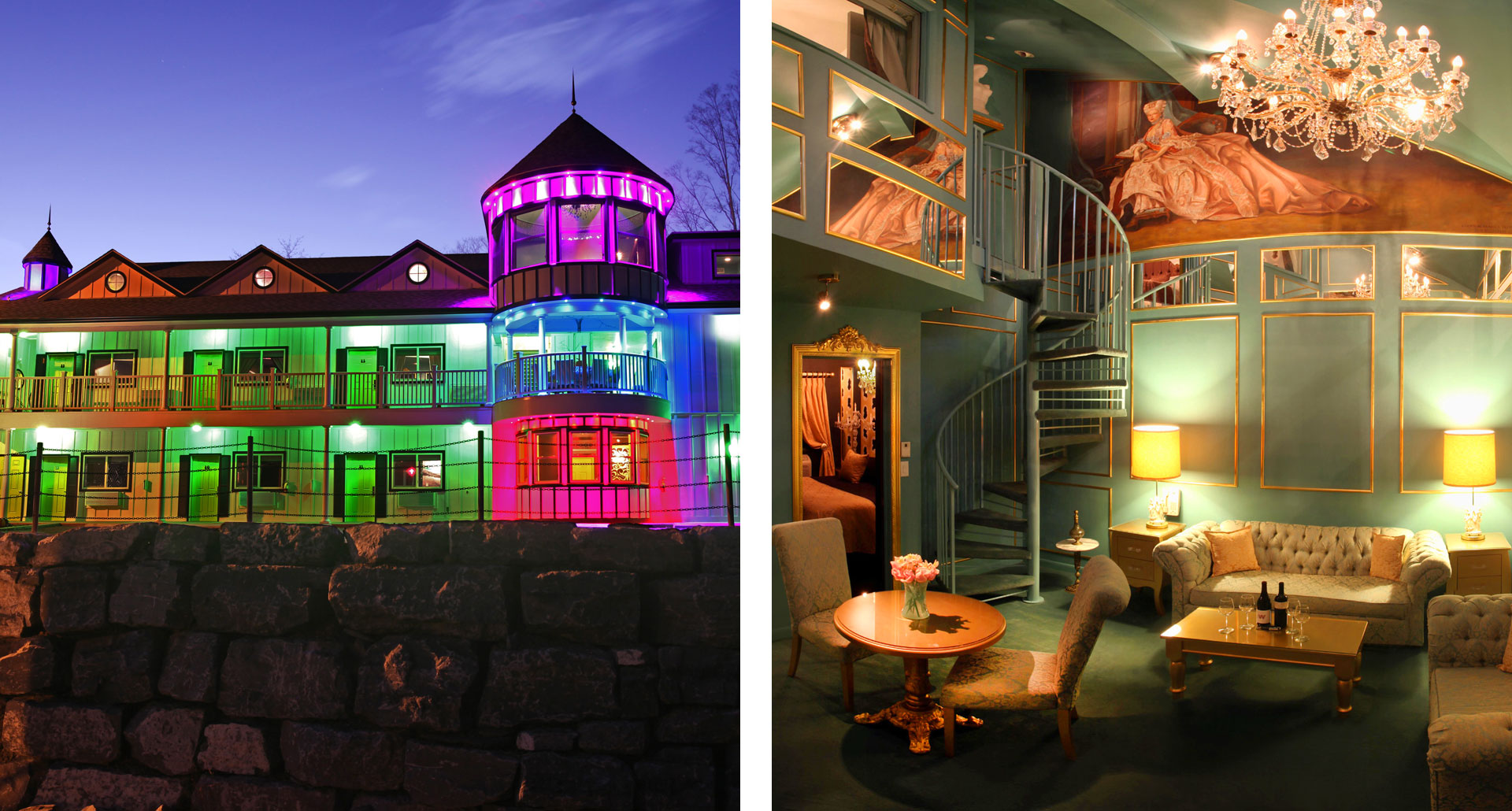 What if you couldn’t decide on one single theme? At the Roxbury, the theme is themes, paying tribute to all manner of pop-cultural inspirations — from the Wizard of Oz to the Flintstones, from Breakfast at Tiffany’s to Piet Mondrian’s primary-colored modernism. Safe to say every room here is one of a kind and about as much fun as you can have in a hotel.