Whether you could spend all day with your nose in a book or just want some conversation pieces to accompany a cocktail, these hotel libraries all get top marks.

Last week we asked you to guess what this collection of hotels had in common. The answer we were looking for: they all have libraries! Public spaces add so much to the overall atmosphere of a hotel, and libraries especially cut a striking figure, lending guests a space for exploration and discovery — or maybe just for enjoying a fine single malt scotch. Put it this way: even if you don’t plan on curling up in a corner chair with an old leather-bound volume of ancient poetry or pre-Galilean astronomy, it’s nice to know the option is there if you want it.

Congratulations to Zaina for being first to guess correctly in last week’s contest, and for winning a $300 credit to use on Tablet. Those who also provided the correct answer will receive complimentary Tablet Plus memberships. Thank you to everyone who participated, we had a lot of fun. 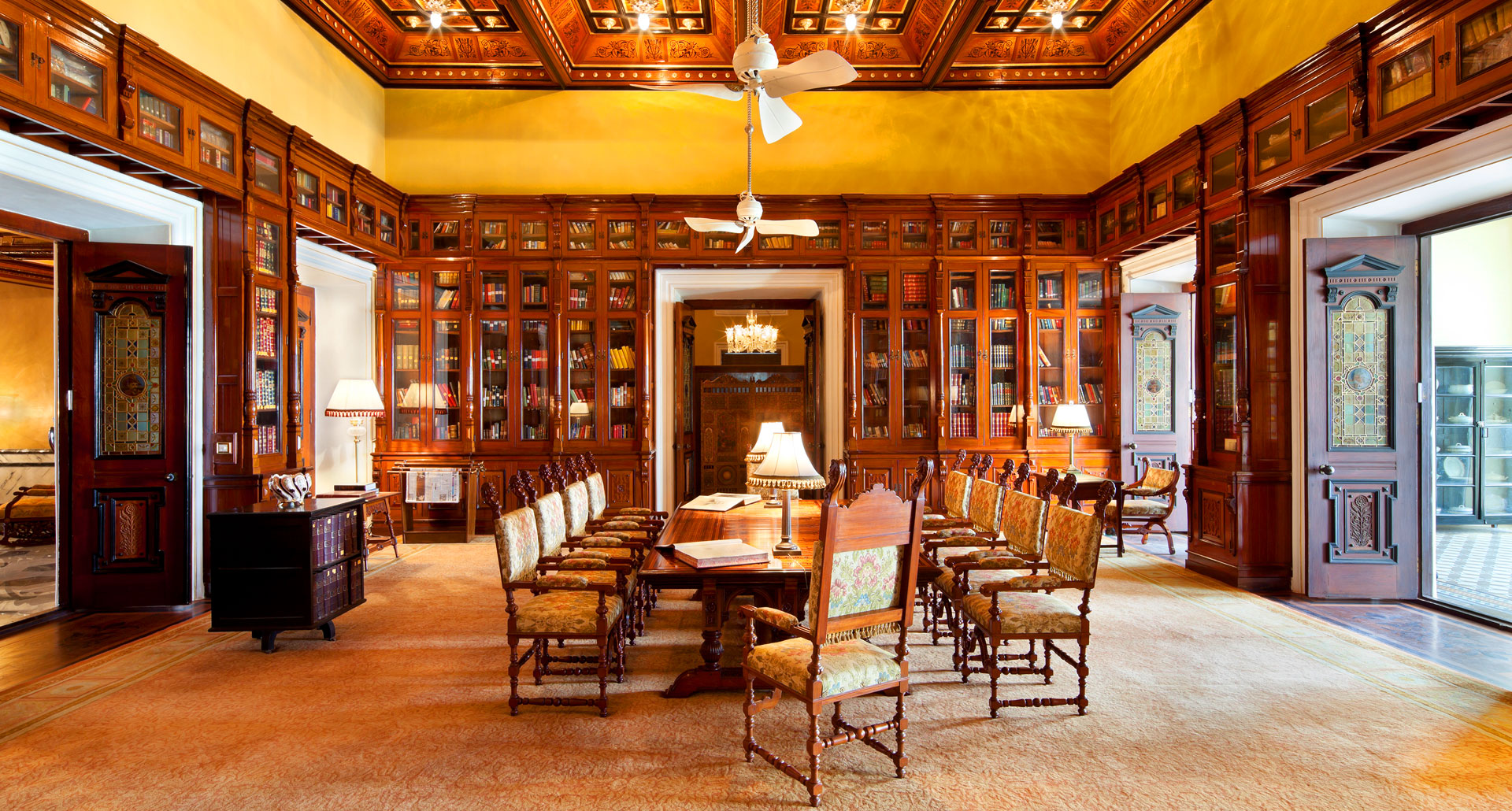 The Taj hotel group has impeccable taste in palaces; this one still belongs to what remains of Hyderabad’s royal family, and is among India’s most opulent residences. If that weren’t enough, its stunning library is a replica of the one at Windsor Castle. Along with approximately 6,000 books, it’s also home to rare manuscripts and a particularly notable collection of the Holy Quran. 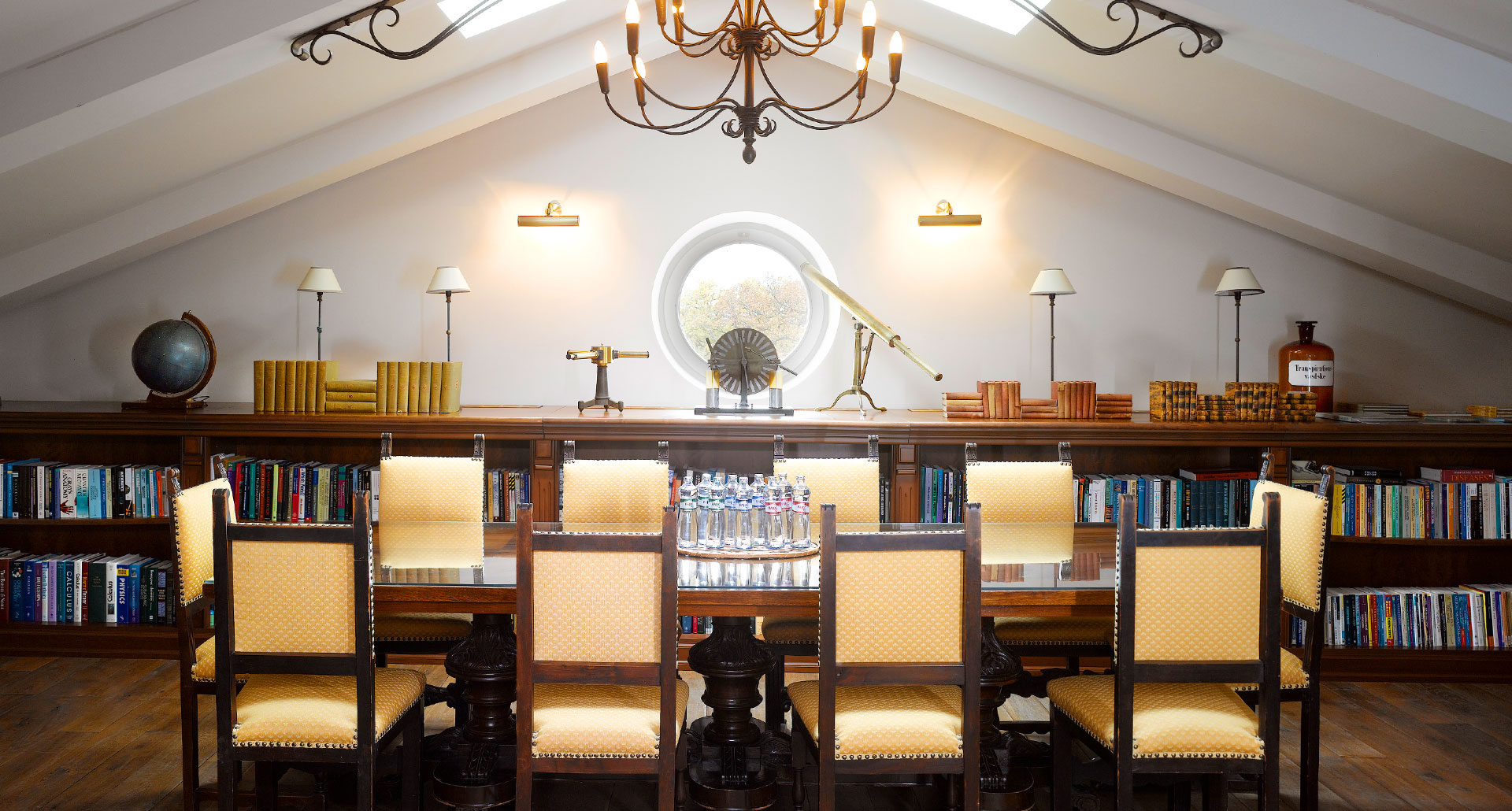 The Central Bohemian countryside may not evoke the same absinthe-soaked visions as Prague’s storied streets, but places like Chateau Mcely, the modern five-star incarnation of a 17th-century hunting lodge — have a magic all their own. This is most evident in the hotel’s Studiolo Library, home to 2,000 books and a collection of 18th-century scientific instruments. Better yet, the library leads directly to the rooftop observatory and telescope. 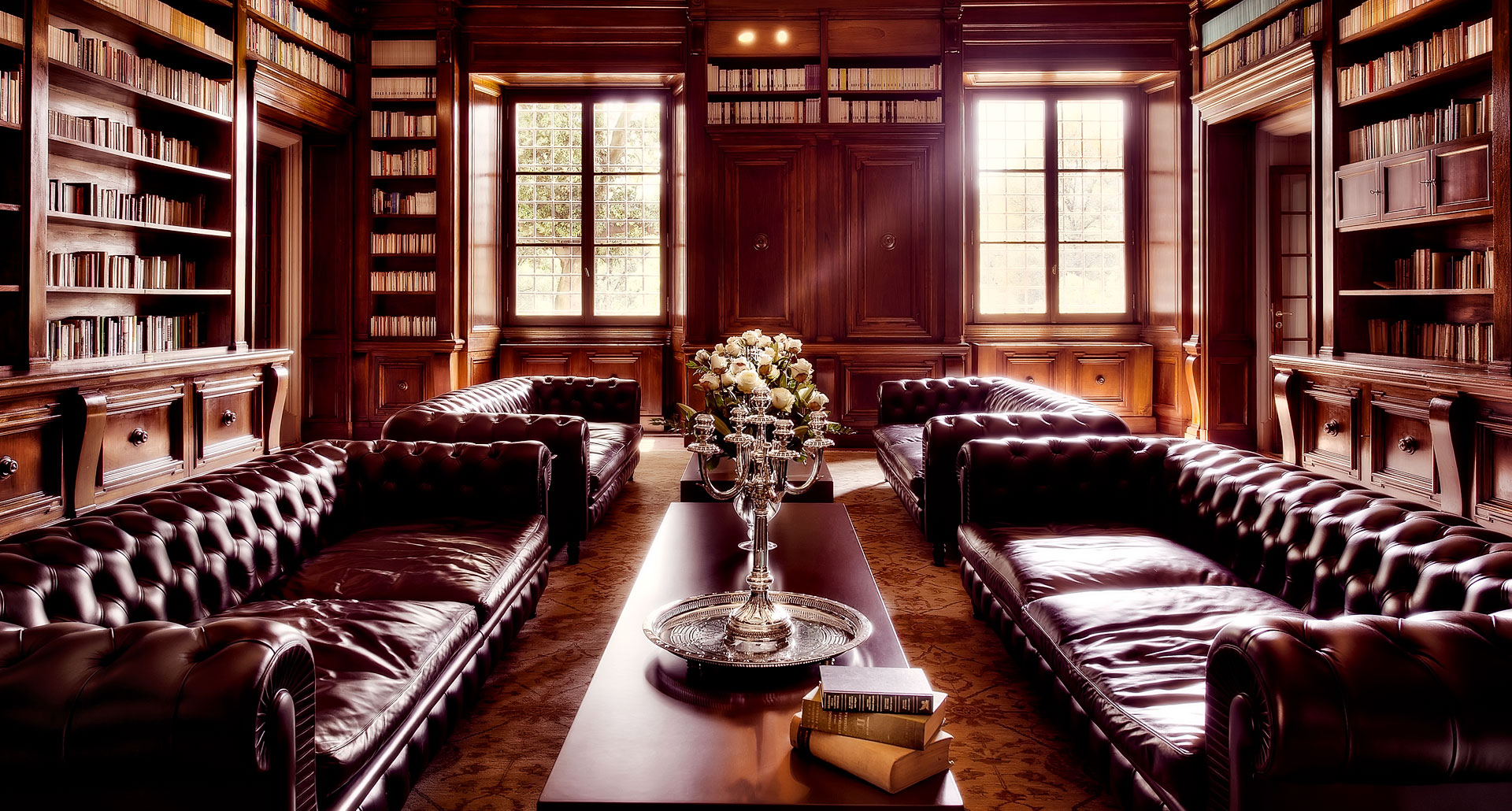 It’s not all Renaissance splendor, though that’s a part of it — Il Salviatino’s influences are drawn from every era of its existence, including frescoes from the nineteenth century and furnishings from the early twentieth, as well as some well-chosen contemporary design pieces. And while Florence is all about the visual arts, in Il Salviatino’s stately, wood-paneled library you’ll have the chance to work your way deep into Italian literature as well. 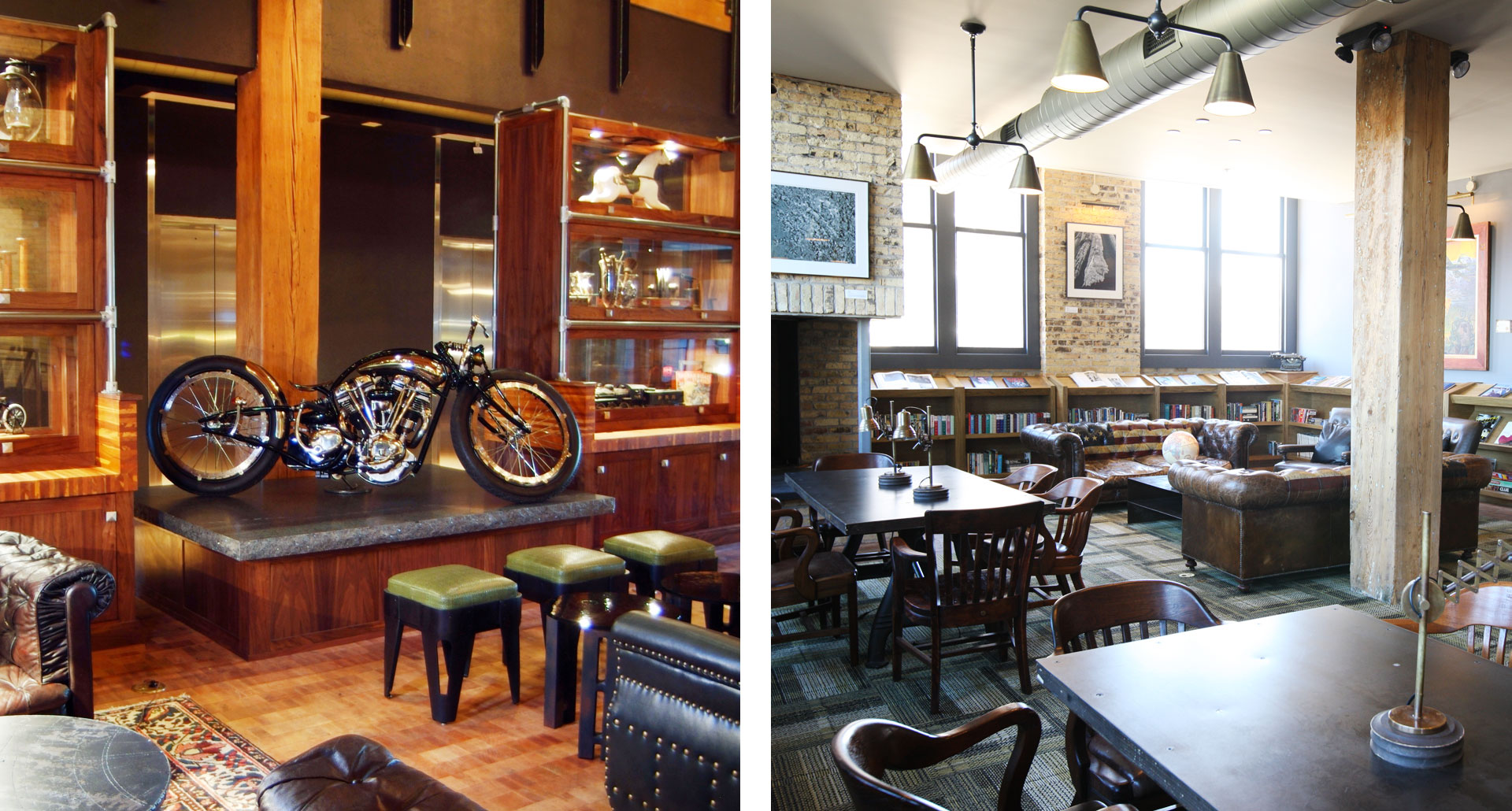 This handsome hotel explicitly engages the motorcycling demographic, which makes sense since it’s just across the street from Milwaukee’s Harley-Davidson museum. But this post-industrial beauty is full of details that go beyond theme-hotel kitsch, including a remarkably bookish lounge and communal space which, unlike many of the other libraries on this list, gives off a suitably public rather than private vibe. 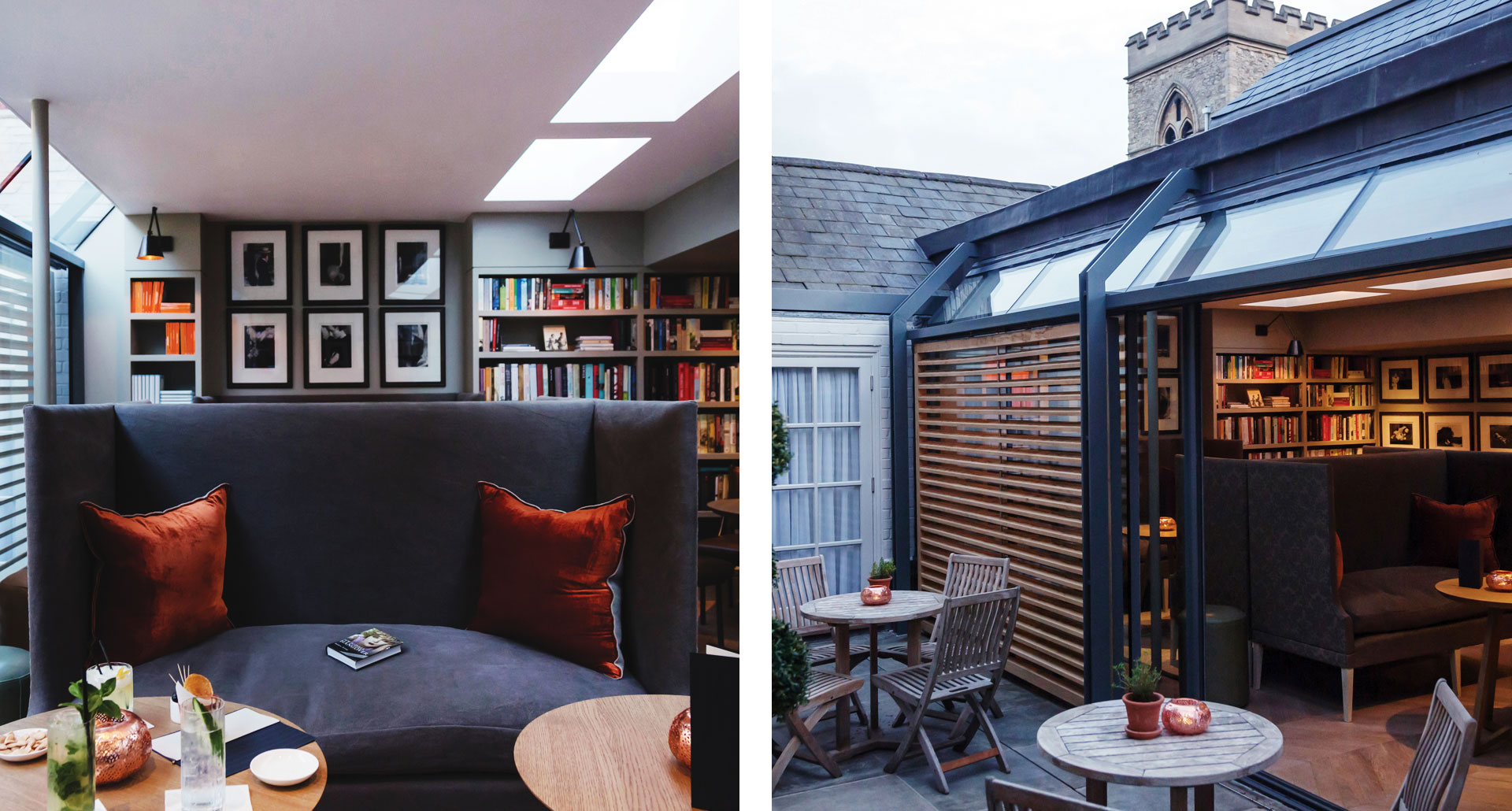 The Old Parsonage bills itself as a 17th-century boutique hotel, fitting for a town whose university is so old as to resist any attempt at pinning down a precise date for its founding. It’s perhaps no surprise then that many of the hotel’s guests prefer to take their tea in the first-floor library, with its carefully curated selection of serious books and its exhibit of black-and-white photos of Sixties Oxford. 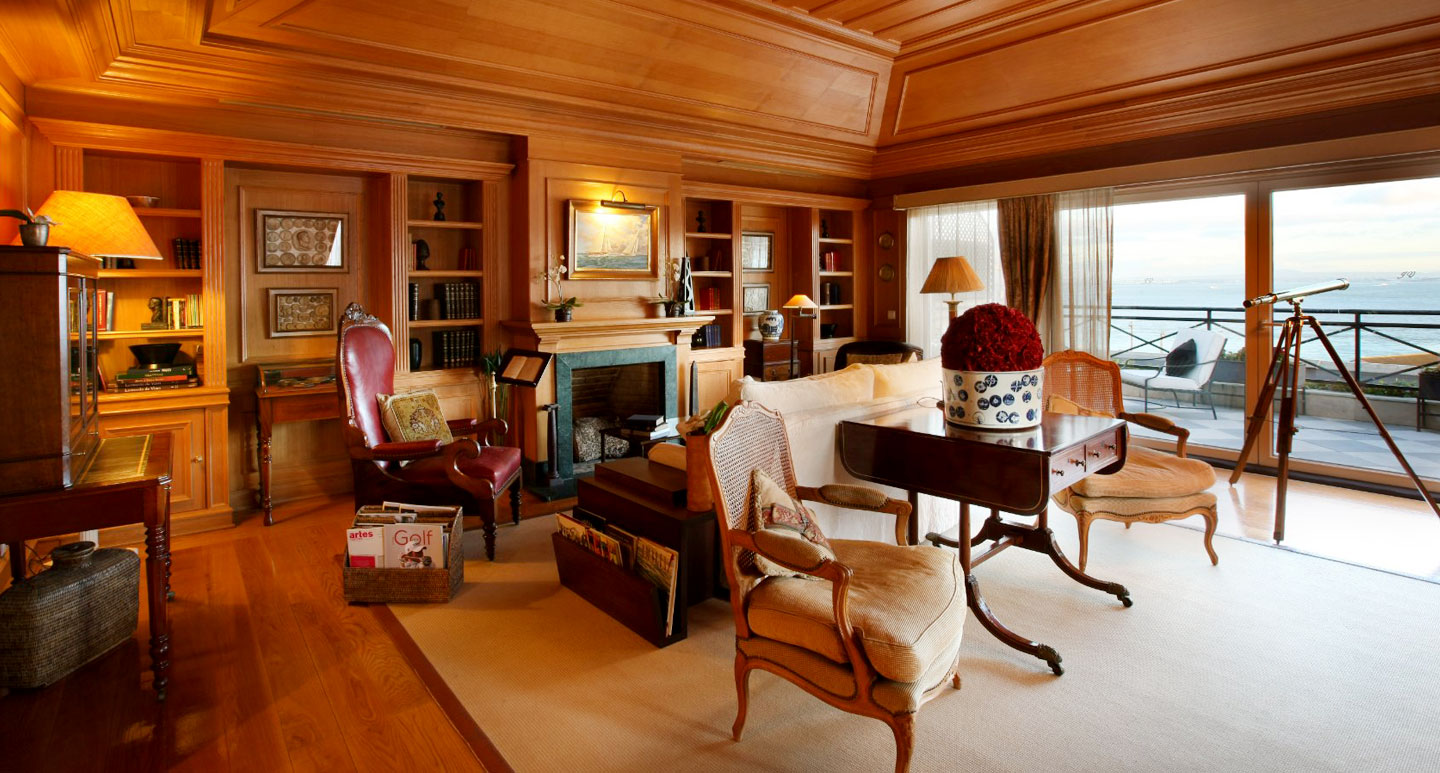 Janelas Verdes is an eighteenth-century mansion; once the home of the Portuguese novelist Eça de Queirós, today it’s a small and elegant boutique hotel, with many of the trappings of an old-fashioned literary residence — wood-paneled walls, ornate armchairs, musty old books, maps and antique objets d’art at every turn. The library is a point of interest even when you’re not in the mood for reading; its sprawling balcony providing views out over the Tagus river. 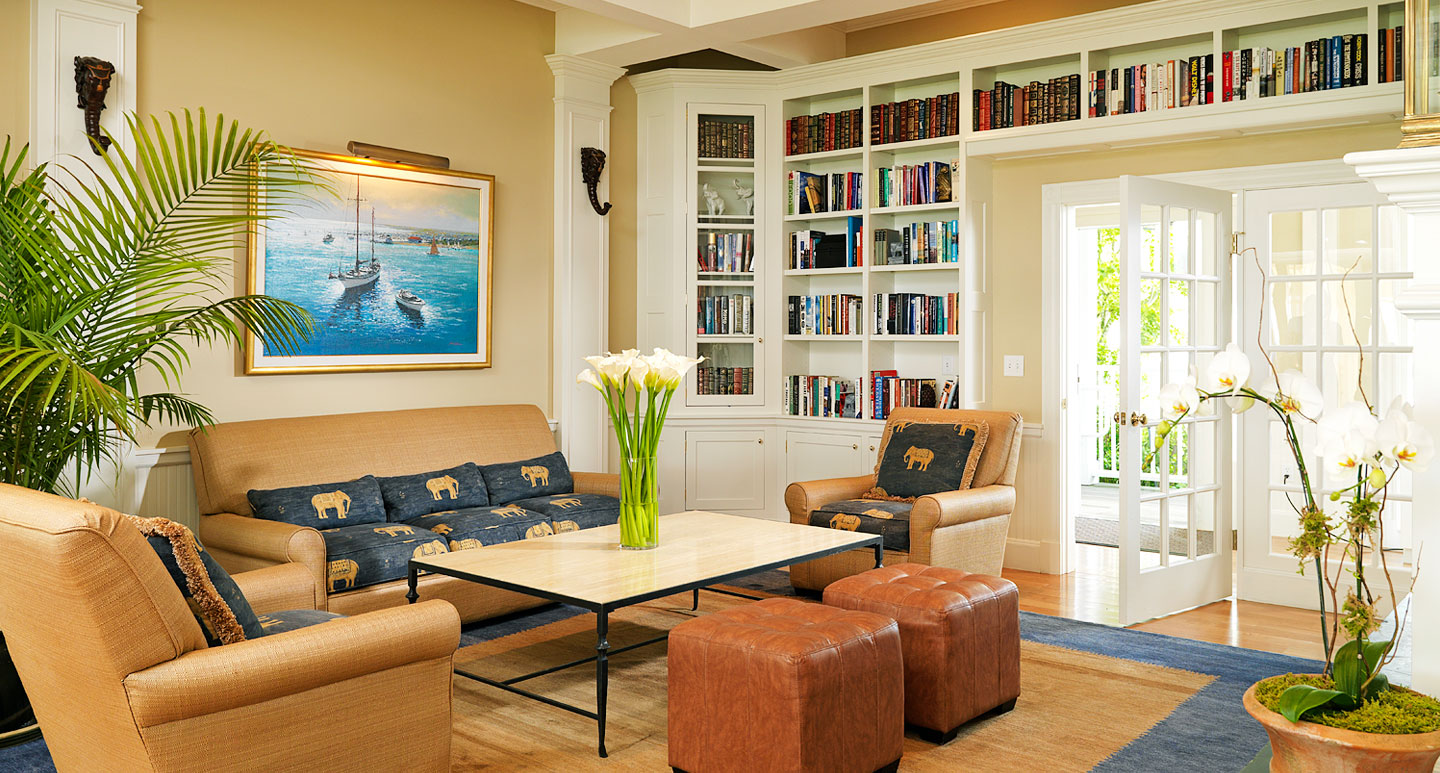 The White Elephant is more or less everything you’d want from a Nantucket hotel — classic style, nautical interiors, close-up sea views, and shelf after shelf of well-worn classics. Perhaps the sunniest example on this list, White Elephant’s library is an important meeting space within the hotel, pulling double duty each afternoon as guests are served complimentary port and cheese amongst its collection of books. 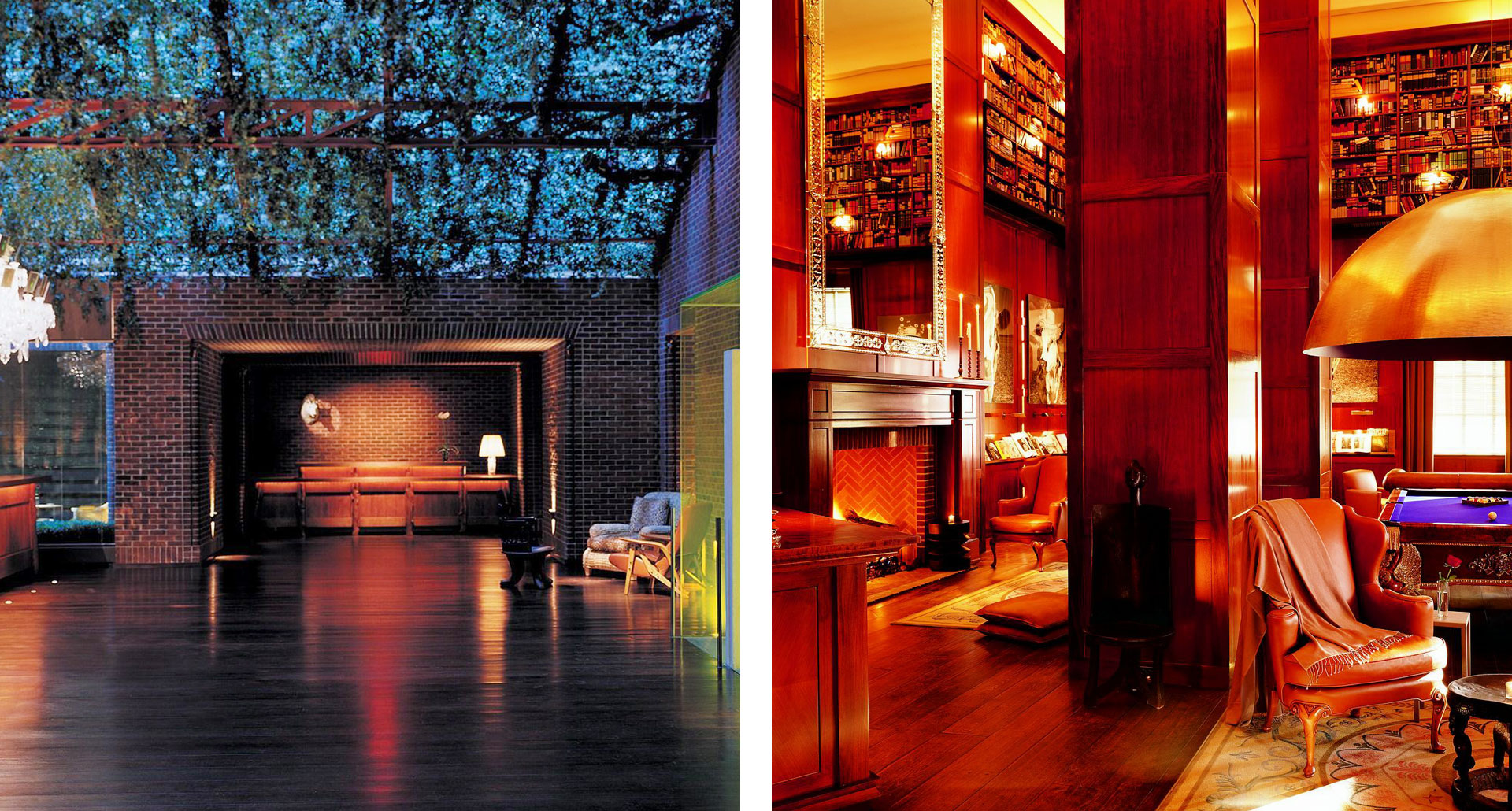 The Hudson is legendary for the coziness of its ship’s-cabin rooms, but like all the famous Schraeger-Starck collaborations, the real action is in its Alice-style wonderland of social spaces. The most impressive of which might be the Library Bar. Styled after an old English drawing room, it comes complete with vertiginous, tightly packed bookshelves that focus heavily on photography books from the worlds of art, fashion, travel and design. 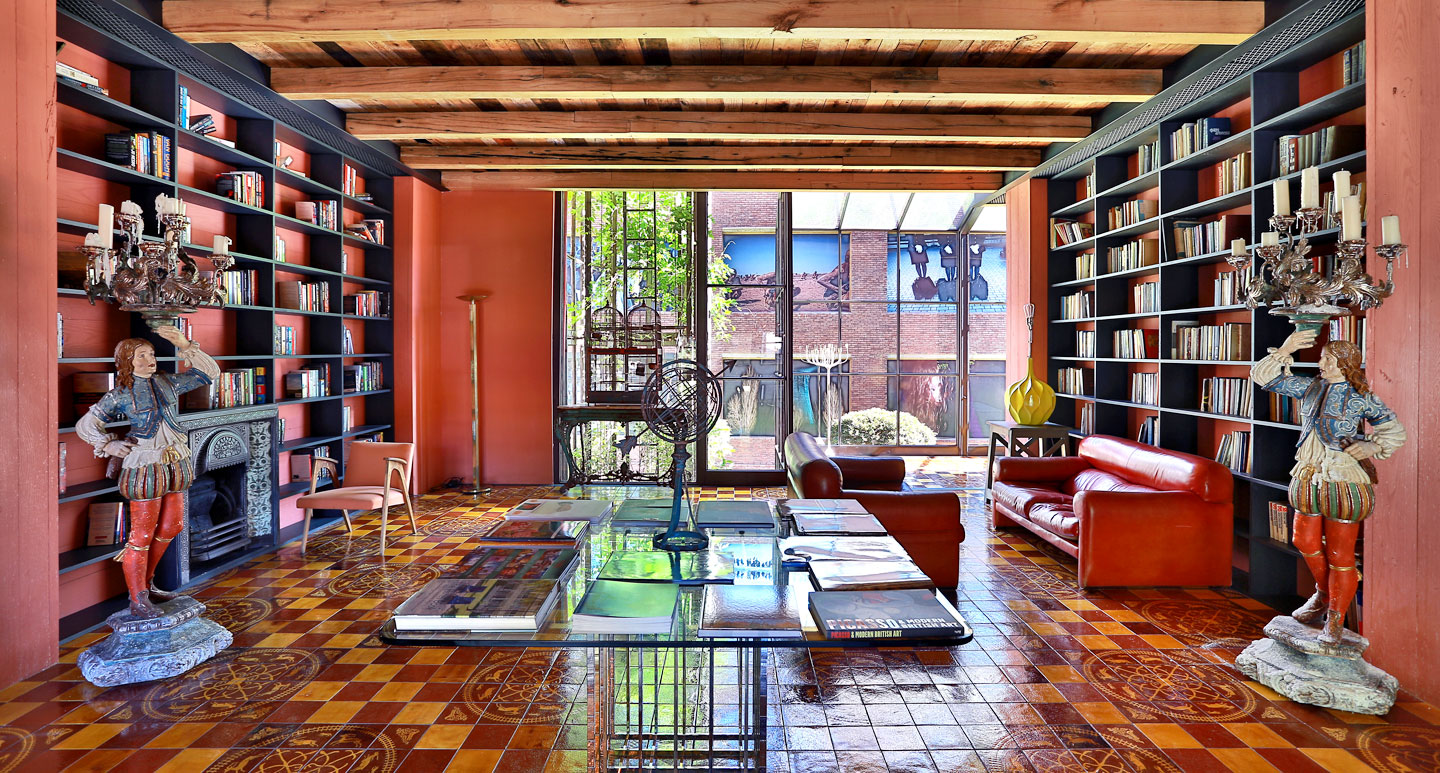 This sleek eight-story hotel, located inside an old publishing house, embodies many of the qualities that make Tbilisi so appealing — elegant architecture, rich traditions in literature and the fine arts, a bohemian spirit, an emphasis on social life. The hotel’s library more or less speaks for itself; a bright, fun space that incorporates books into the design, maintaining Rooms’ signature mix of styles, materials and furnishings.