From poured concrete and exposed pipework to transformed factories and converted shipping containers, more hotels than ever are taking their design cues from industrial architecture.

The hospitality industry has begun taking the “industry” part quite literally. From poured concrete and exposed pipework to transformed factories and converted shipping containers, more hotels than ever are taking their design cues from industrial architecture. There’s an undeniable romance to the rich texture of the materials, and these ten hotels emphatically approve of the trend. 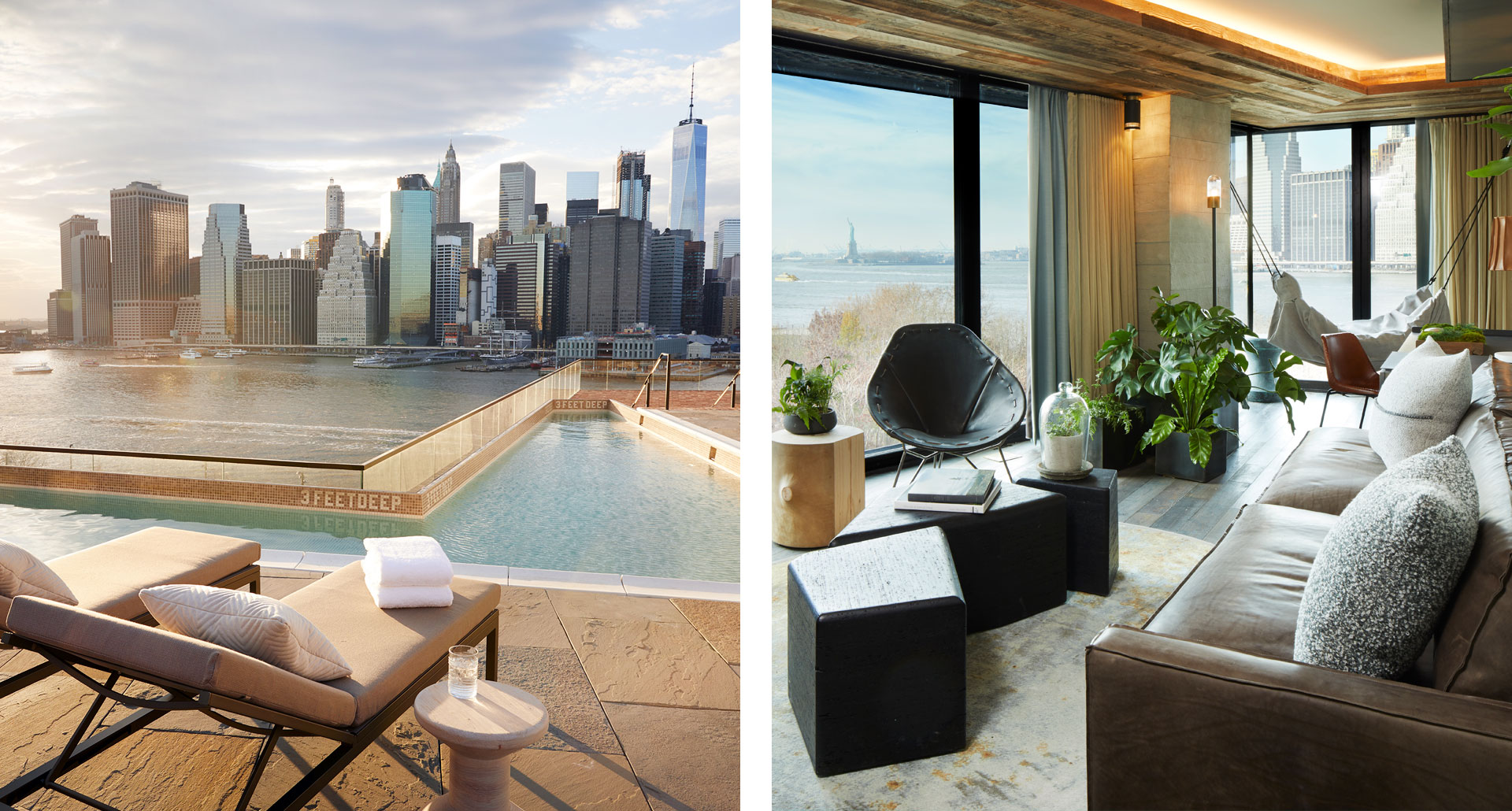 There are views, and then there are views; this one, from the waterfront of Brooklyn Heights, showcases the ceaselessly churning post-industrial energy of Lower Manhattan like none other. And though this is new construction, its material approach, featuring salvaged wood from the Coney Island boardwalk and the former Domino Sugar factory, displays plenty of reverence for its forebears — and uses wind energy and collected rainwater to power its own operation. 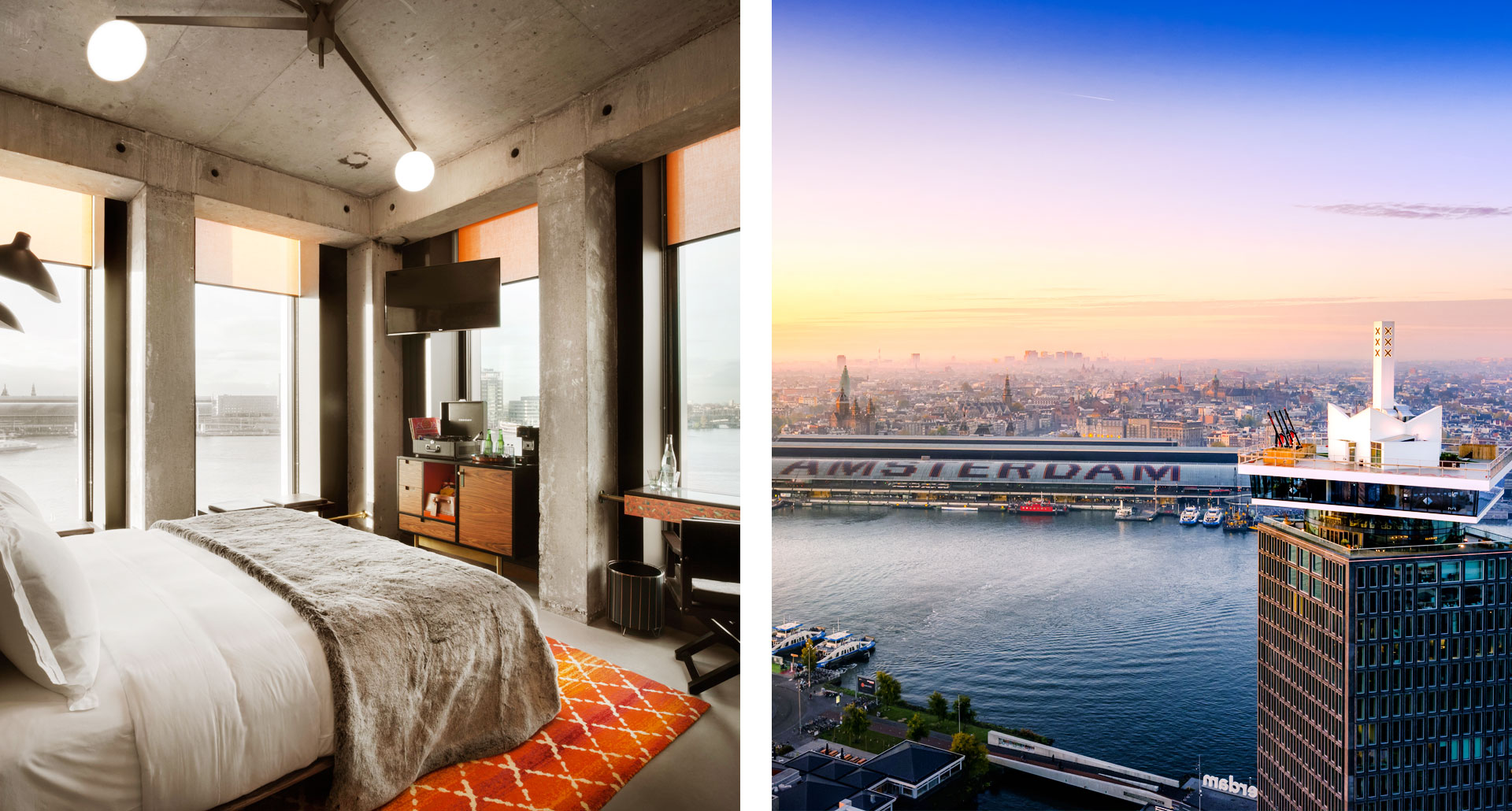 “Adam” as in the A’DAM Tower, an unmissable Modernist skyscraper in a city that doesn’t exactly bristle with them. That means near-universally great waterfront views from Sir Adam’s eight floors, and it also means the hotel shares its address with an unassuming little company called Gibson Guitars. It also means floor-to-ceiling windows and bracing swaths of raw concrete to visually complement the sound-forward design ethos. 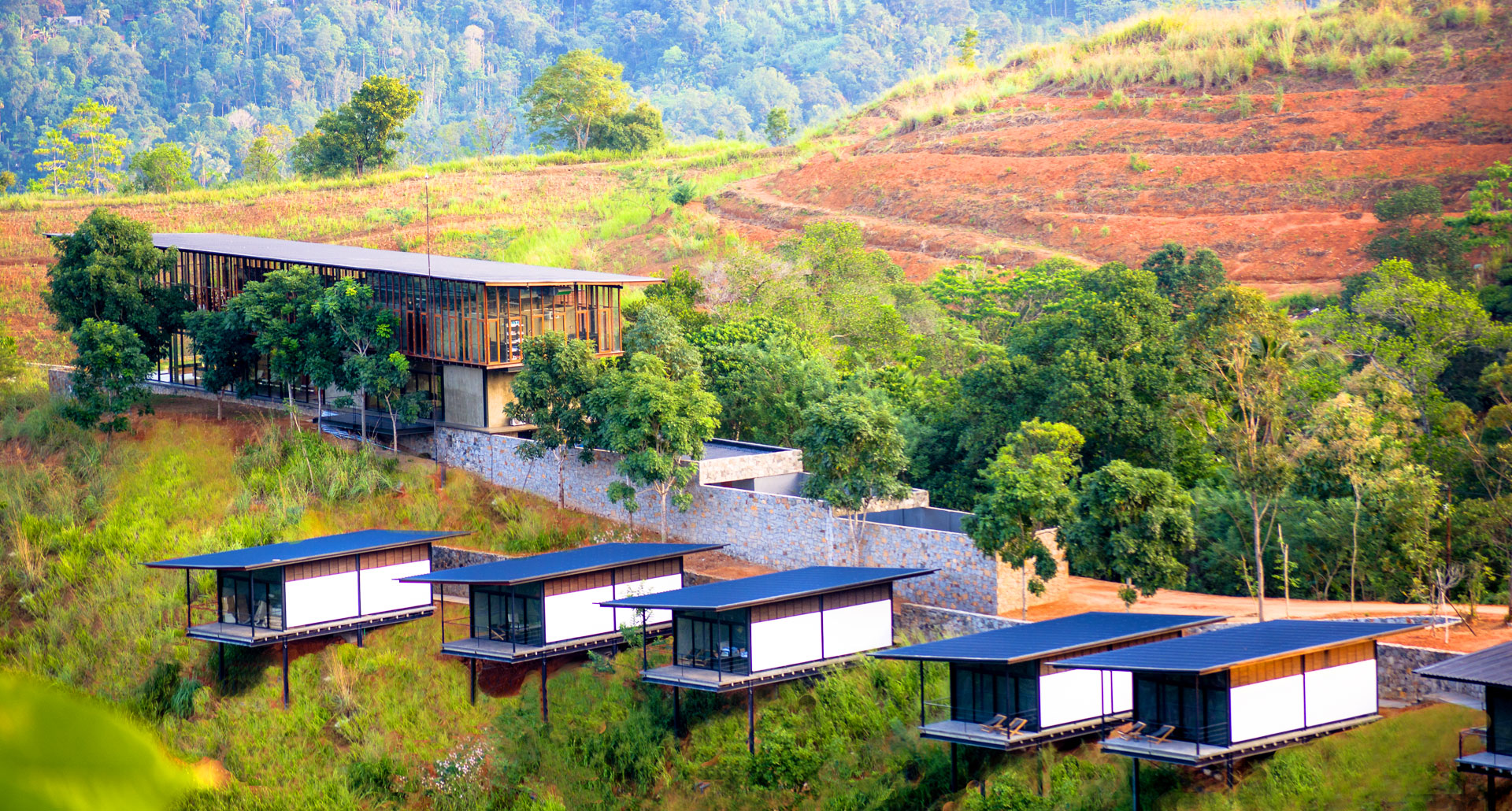 The name may conjure visions of beachfront yoga, but the experience itself is something altogether more solid and substantial: tropical-modernist concrete architecture is a thing, and this is one of its most successful exemplars. That sort of textured minimalism goes hand in glove with contemplative wellness programs, it turns out, and the calming effects of architectural simplicity are put to stunning use here. 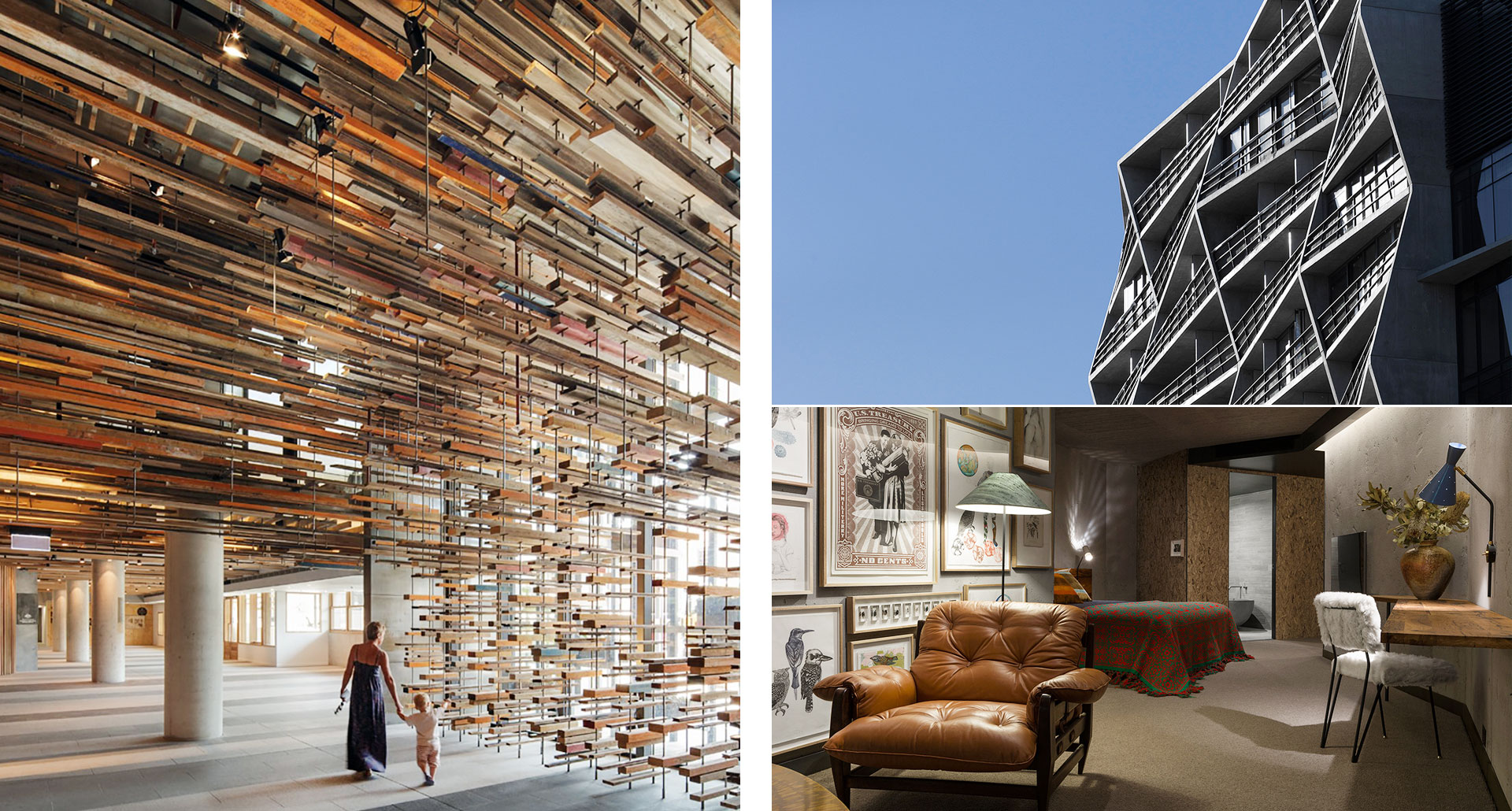 Another brilliant newcomer in a mixed-use building, Hotel Hotel is bound to make a memorable impression in burgeoning New Acton. In true new-industrial form, it’s accompanied by the full suite of cultural attractions: a gallery, a bike shop, a fitness studio, a spa, even an art-house cinema. The décor makes liberal use of reclaimed wood and concrete, with a commendable understanding of the ways in which unfinished surfaces act as a blank canvas for creative thinking. 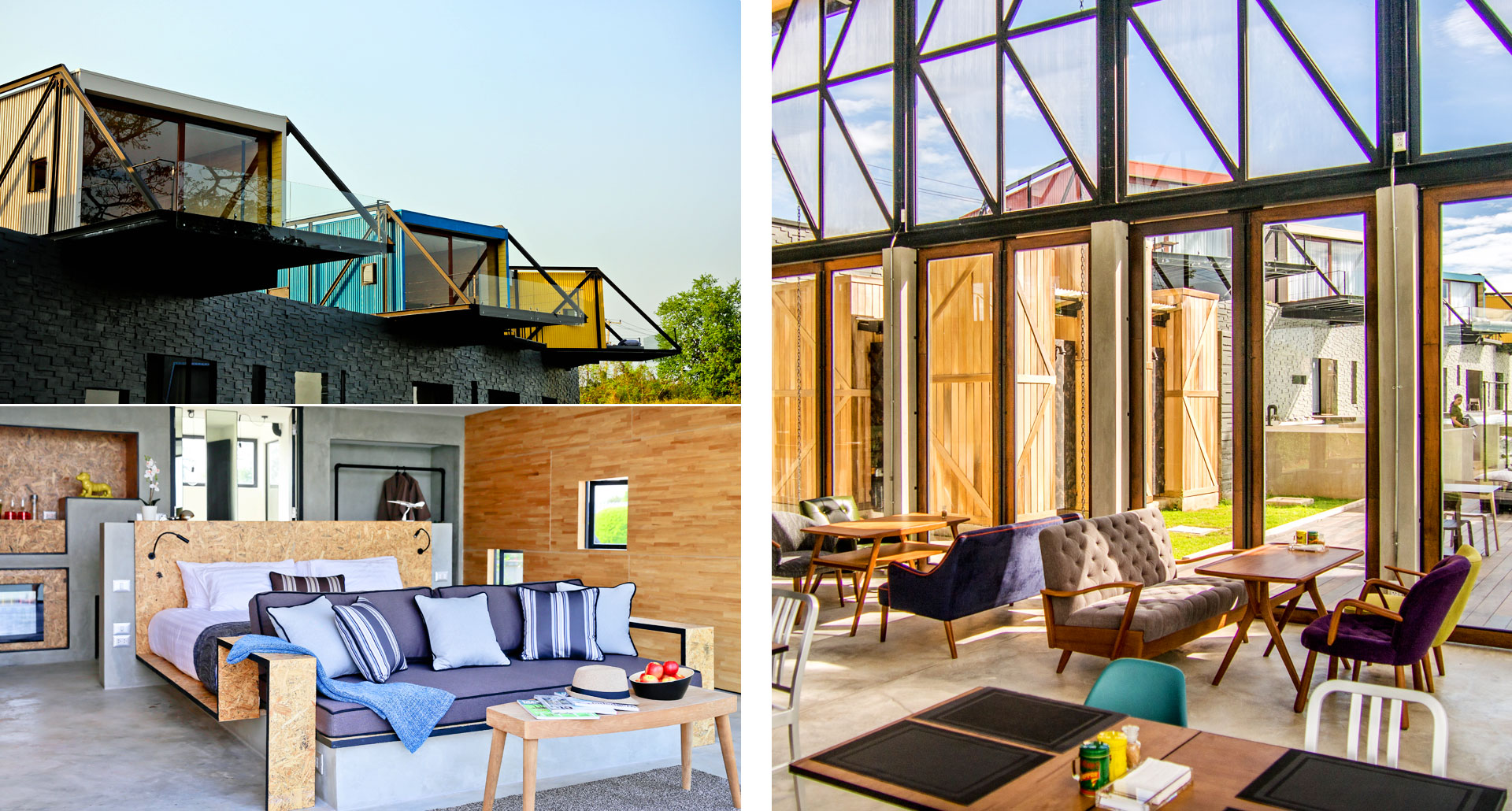 It’s worth bearing in mind that “industrial” isn’t always a past-tense affair. Here, hyper-contemporary riverside units riff on the shipping-container trend, clean-lined works of art in and of themselves, no easy feat against such stunning Thai vistas. Make your HQ the Bridge Bar & Bistro, plotting excursions to the countryside’s riches, secure in the knowledge that you’ll come home to a resort bursting with its own architectural sizzle. 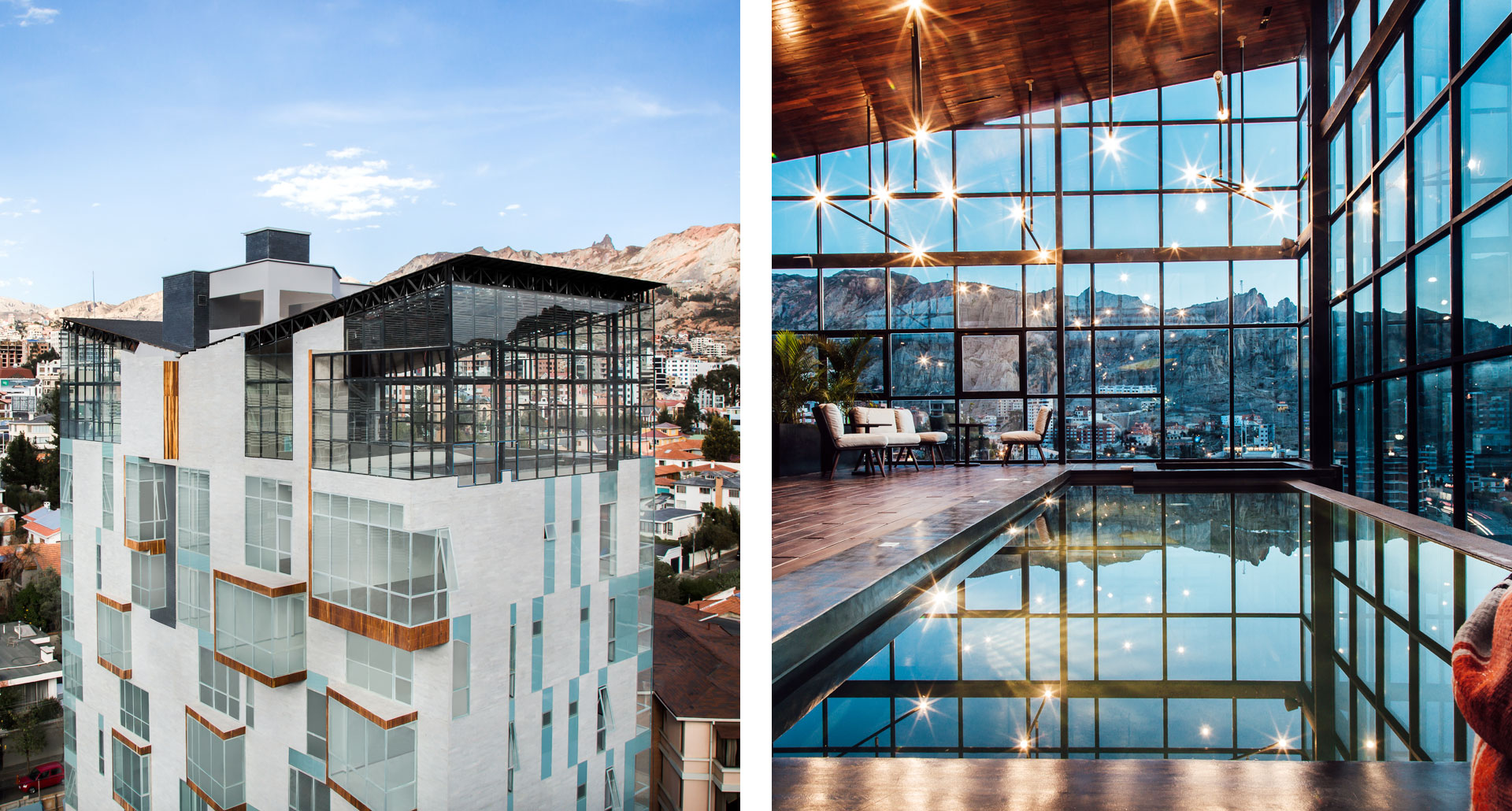 Quecha for “one who thrives,” Atix makes a daring vertical statement in its low-rise environment, all the better to reflect its mountainous backdrop — and, one presumes, its proprietors’ ambitions. The time is ripe for a Bolivian boutique-hotel scene, however, and Atix’s geometric sensibilities (generously endowed with façade-spanning windows) pays tribute both to Bolivia’s robust industrial history and to boutique hospitality efforts the world over. 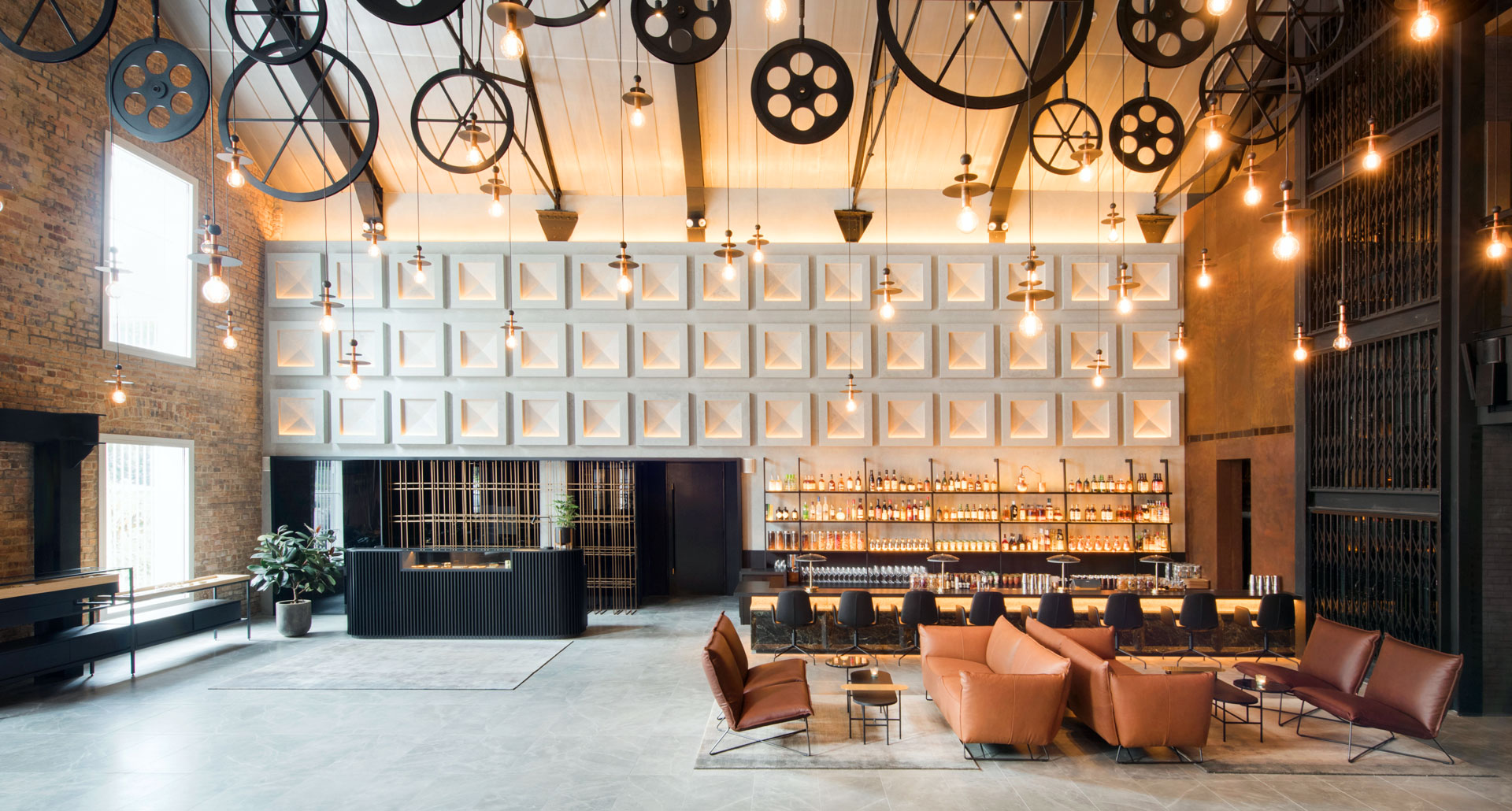 The name’s a bit on-the-nose, but here it connotes something beyond your standard-issue warehouse: pound for pound, Singapore’s “godowns” more than hold their own in terms of heritage and waterfront appeal. In any case, the charming pitched roofs remain, affording lofted guest rooms plenty of space to stretch out, design-wise. Contemporary touches like recessed lighting abound, but the old bones of the place sing through in the best way.