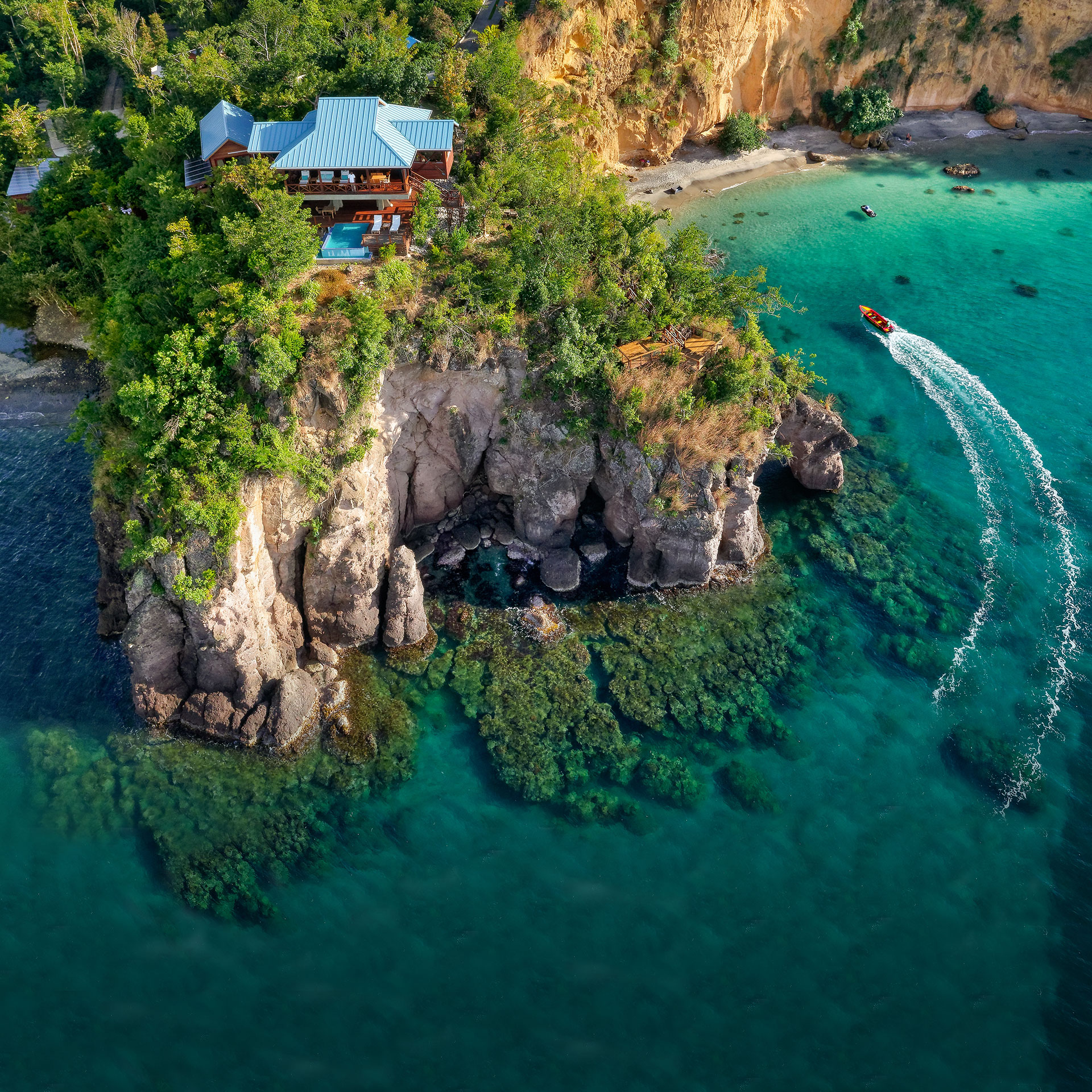 If you’re someone who’s not stimulated by sustainability, take a look at Secret Bay. This is one of the world’s most captivating and luxurious hotels — and also one that’s in true harmony with its environment.

We could just cut to the chase and tell you that Secret Bay is pretty much exactly what it appears to be: a collection of luxury treetop villas perched high above a cliff overlooking the Caribbean Sea. And it is. That much is obvious from the pictures. But when we look at Secret Bay, and when we consider its place within the historical landscape of hotels, we see something else. We see a triumph of balance.

The villas are every bit as dramatic as the photos make them seem, but they’re also expertly understated, careful not to upset the equilibrium between the surrounding environment and the structures’ ultimate purpose as upscale accommodations. They were built by hand from local timber, all sustainably sourced, and designed to make natural lighting and airflow a priority. The architecture is restrained, prizing craftsmanship above conspicuousness, careful not to compete with arresting ocean and mountain views. Each villa feels more like the home of a jungle ecologist than a room at a resort.

We’ll get back to the hand-crafted villas in a moment. What’s equally important to know about Secret Bay is its location, the island of Dominica. You might’ve heard of it. You’ve surely heard of its glitzy neighbors, St. Lucia, Antigua, and Barbados. Dominica is less traveled than those places, and tends to draw those who are seeking some serious communion with the natural world. They call Dominica “Nature Island,” and it’s a nickname well earned. Take a minute to savor the following menu of wonders:

Dominica has the world’s second largest largest boiling lake. A phenomenon that is, astoundingly, exactly as it sounds. It has 365 different rivers (yes, you could spend literally every day of the year exploring a new one). Buried volcanoes, waterfalls, hot springs, and sand beaches both black and white rule the landscape, much of it legally protected. In turn, flocks of all stripes migrate here — from divers to birdwatchers to hikers. The sperm whales count as locals. This is the only place in the Caribbean where they stay year-round.

At the very top of this story is a picture of Secret Bay’s Zabuco Honeymoon Villa. It sits on a spot so inspiring that it’s essentially the Plymouth Rock of the resort, where owners Gregor Nassief and Sandra Vivas originally planned to build their private dream home. Their wedding gift from Sandra’s father, renowned architect Fruto Vivas, was a blueprint for their personal residence here.

“The resort was founded upon a story of love,” as the hotel puts it to Tablet. “With Fruto, Sandra, and Gregor’s combined visions, the villas that comprise the living, breathing eco-luxury resort at Secret Bay came to life.” You could call it a love story or a fairy tale, but that might gloss over what must have been years of arduous construction as the resort sprung into reality. No heavy machinery went into the construction of Secret Bay, and the hotel opts for sustainable measures on every decision.

Outside, Secret Bay works on a nursery to raise healthy coral to plant in the reefs around the property. Within, they’ve given each villa a “private grow box” to encourage learning about planting, gardening, and composting, and to let guests pick their own garnish and vegetables. It’s a creative program, one the hotel calls an “entirely new education experience” and undeniably fits this place’s priority for wellness and sustainability. 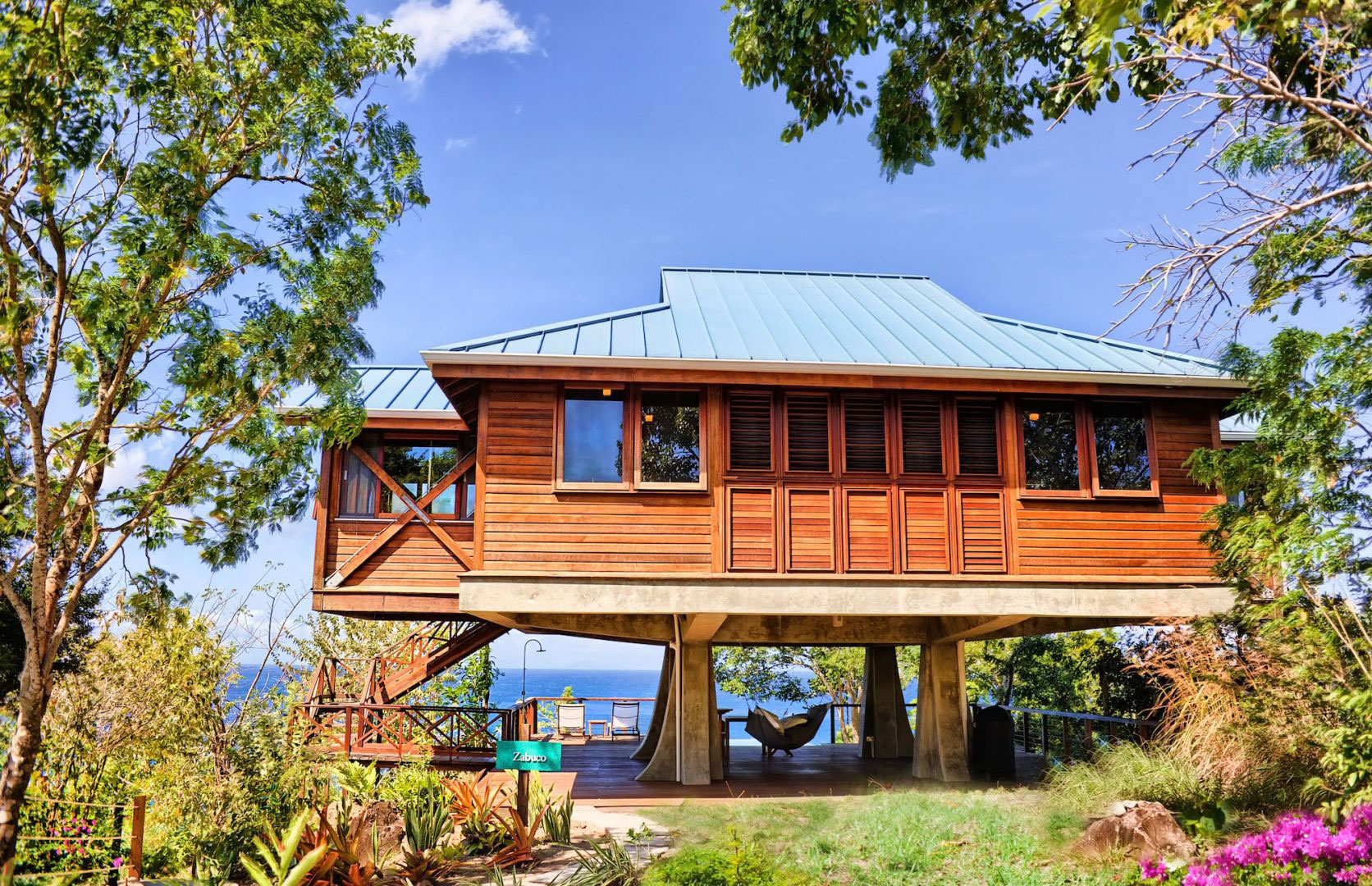 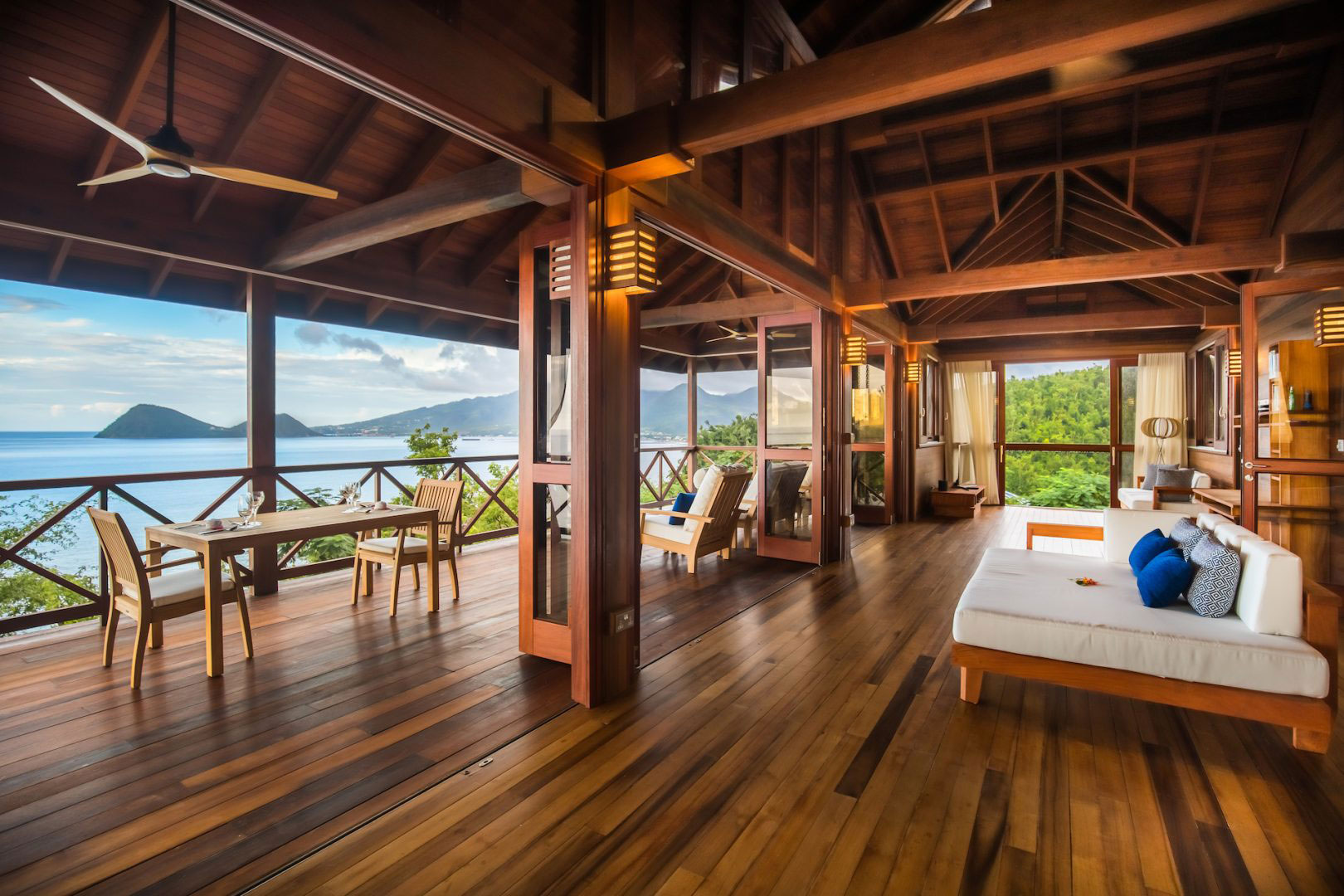 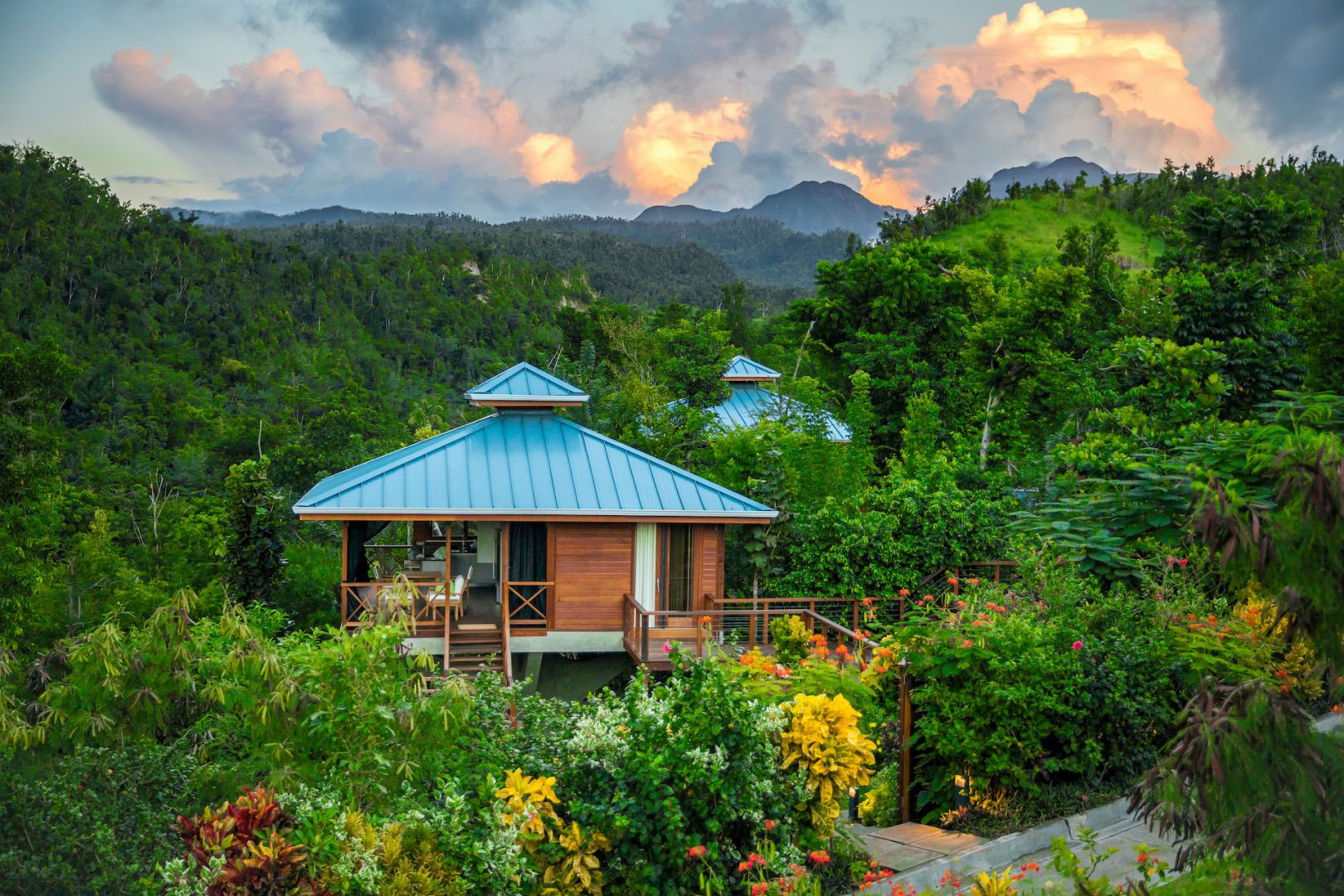 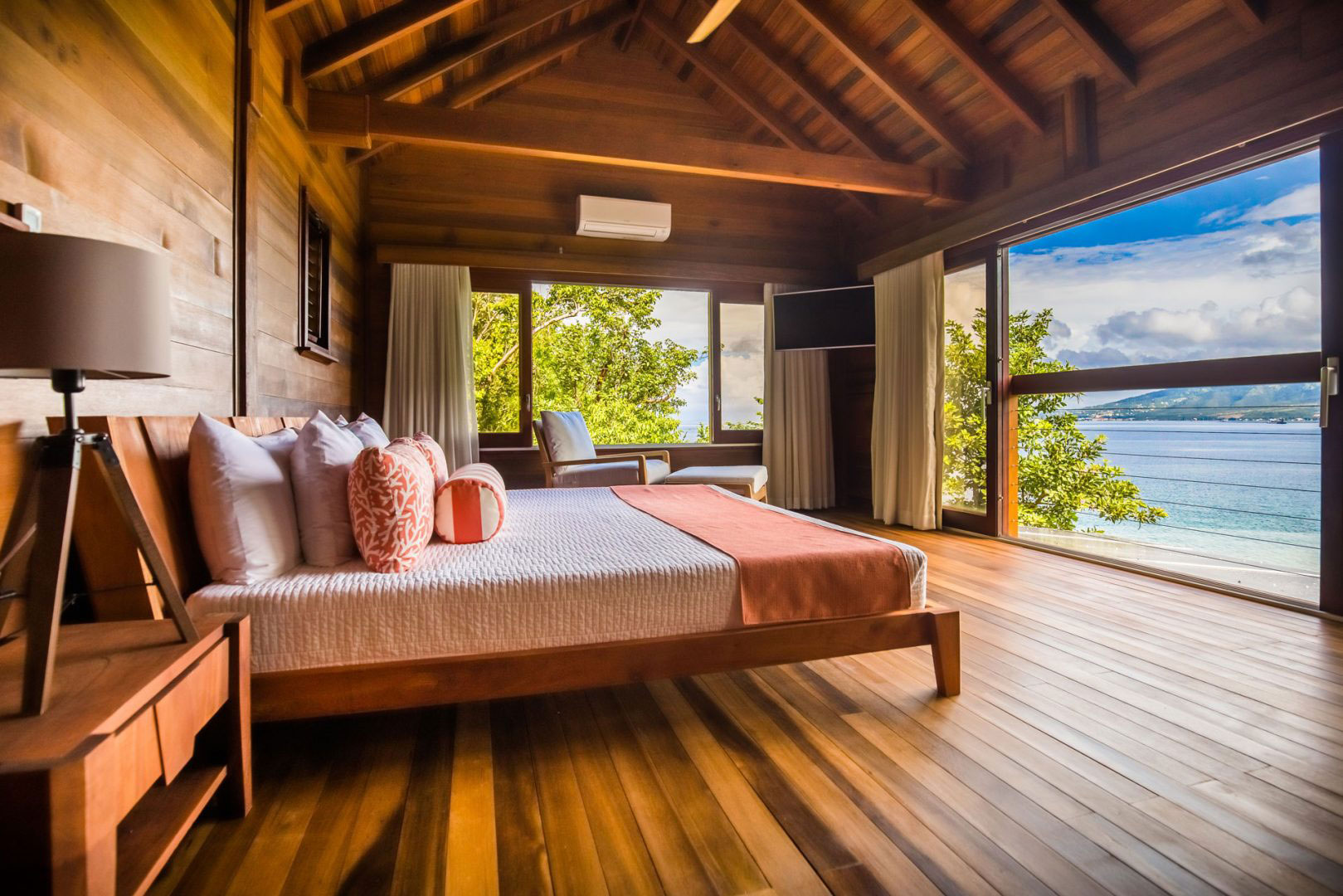 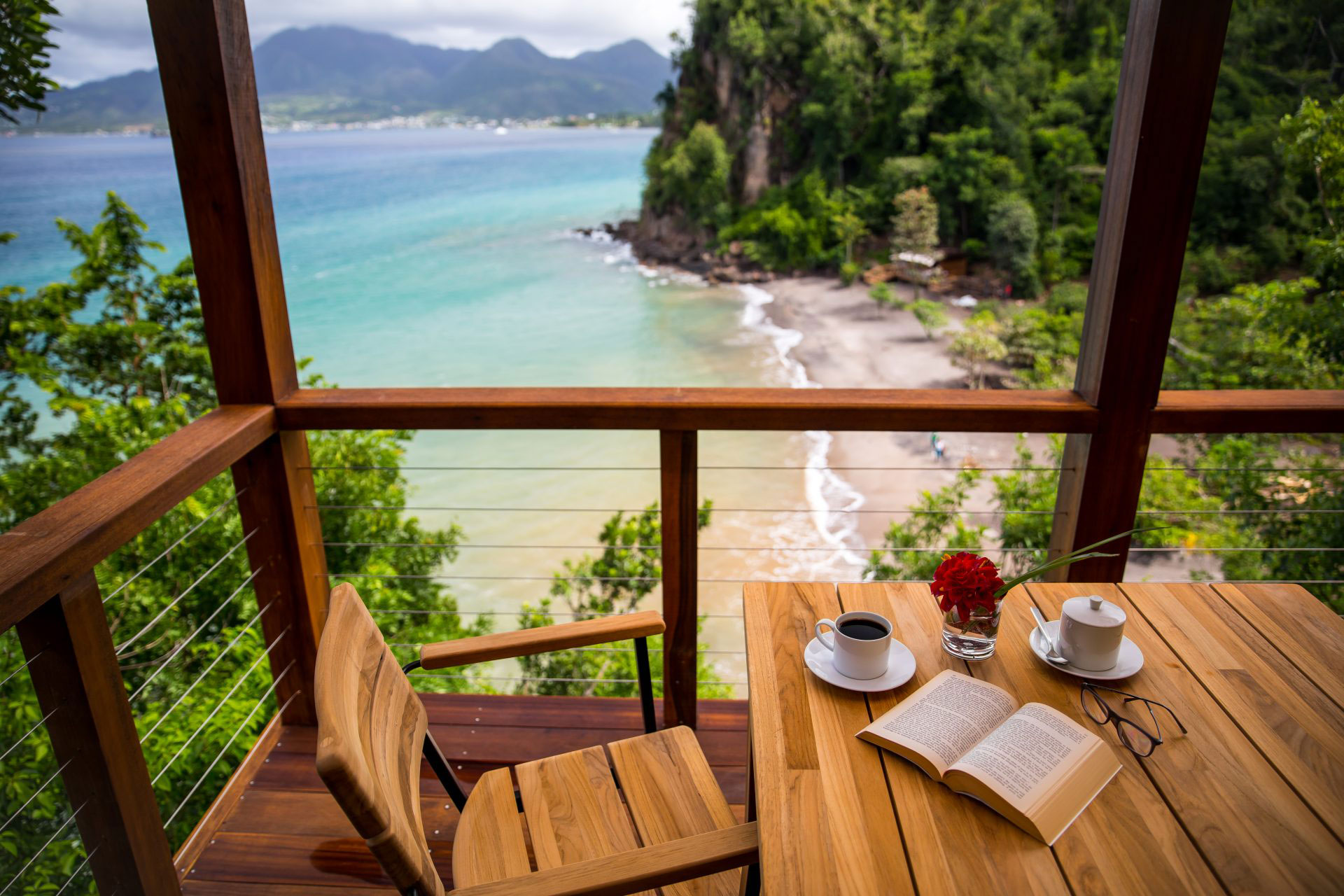 The rest of the experiences have been curated even more arduously, an endless array of activities for the sloth and the spright. The eponymous Secret Beach makes use of a tiny cove, only accessible by sea. The nature trails pass through the local plants, flowers, and trees around which the villas have been built, home to over twenty species of birds, and more butterflies and reptiles. “None of which are dangerous,” the hotel assures. The sea cave is another highlight, where swimmers emerge into a cool and strangely lit grotto. Nearby there’s more to explore over the island, from the local market to the national park, from hiking to scuba diving.

Back on campus, locally sourced or resort-foraged ingredients fill the menu at the hotel’s Zing Zing Restaurant, overlooking the beach, together with sommelier-selected fine wines. Other luxuries can fill out the rest of the day, with a treehouse-style spa, wellness pavilion on the beach for yoga and the like, and a sunset deck available for private dining. The Bwa Denn, opening later this year, is a two-level structure filled with the hotel’s contemporary Caribbean and Latin American art collection and a microbrewery. You can see why Secret Bay recommends at least a five-night stay.

“One of our guests’ favorite activities is the ‘Catch & Cook,’” the hotel tells Tablet. An activity that begins with a spearfishing hunt for the bewitching lionfish and ends with its step-by-step preparation for dinner. The activity “helps the local ecosystem by stabilizing the number of lionfish,” the hotel explains, an invasive and predatory species whose numbers must be reduced. On Dominica and Secret Bay, even our most destructive instincts have been diverted for the good of the island. It’s all natural, baby. ▪ 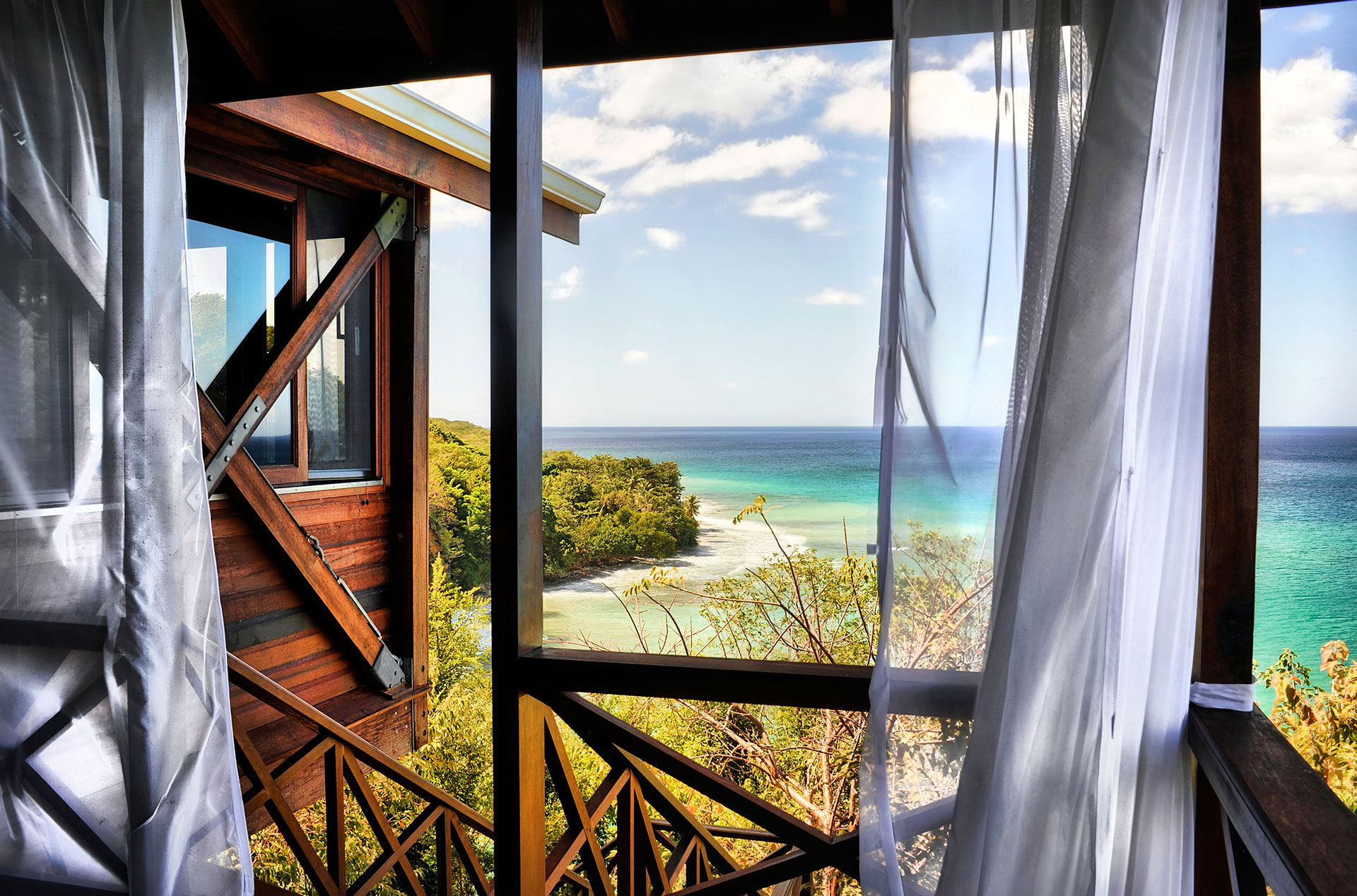