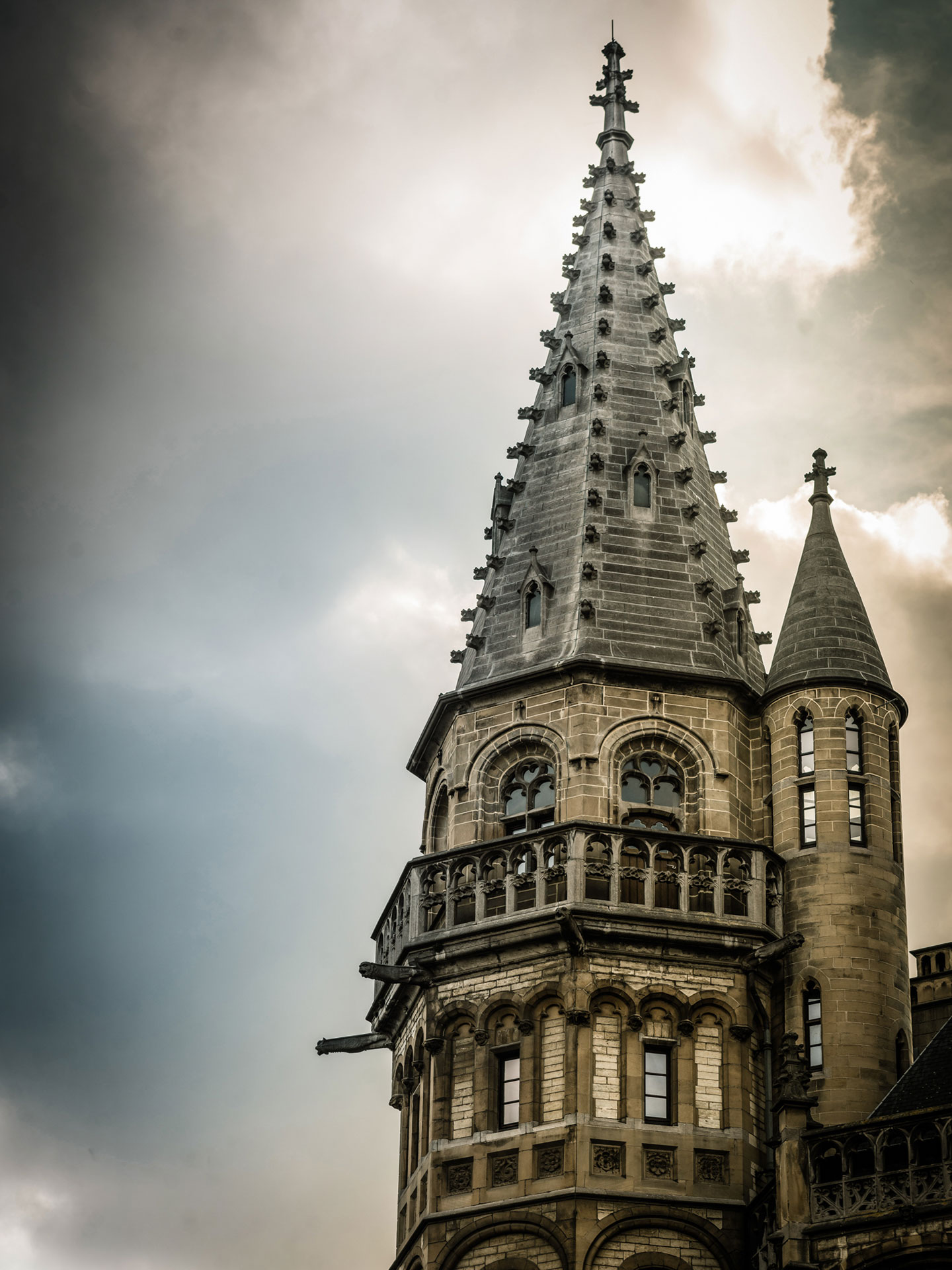 This is one of those stories about an American who visits a city in Europe he’s not too familiar with, the things he learns along the way, and how they involve dungeons, dragons, and a very special hotel.

I knew nothing about Ghent before I got there. My sole reason for visiting was to stay at a spectacular hotel, 1898 The Post, and to leave the next day. I’d done some light prep. The city had a reputation as being the third best in Belgium, the forgotten middle child to Brussels and Bruges. This was a view echoed by Arnaud Zannier, the visionary behind 1898 The Post, when I’d spoken to him years earlier. “Opening in Ghent was an adventurous choice,” he admitted about the hotel’s 2014 debut. “At that time, no one thought there was room for luxury.”

Turns out, it was a wise decision. The Post has since changed ownership, but from what I saw during my limited time in town, there’s little doubt that Ghent deserves a hotel of this caliber.

One of the oldest cities in Belgium, Ghent has a vibe that’s undoubtedly medieval, filled as it is with pale Gothic architecture and baroque buildings on the riverfront. I was immediately enamored. 1898 The Post, a 125-year-old structure in this small city’s fabled town square, is five times newer than its towering neighbors. Apparently the people of late-1800s Ghent — preparing to impress for a world’s exhibition — felt as awestruck as I did by the architectural fantasies of the Middle Ages. They built this post office in that same style, the clock tower looming above a lavishly decorated Neo-Gothic facade across from the ancient Saint Nicholas Church.

Befitting its exterior, The Post is a brooding and dramatic hotel on the inside as well, one where you might find volumes of antique leather-bound books next to dead beetles stood up in a jar. It’s the kind of fantastical literary-minded escape we sometimes wish all hotels would aspire to. That’s what brought me through its doors. I had come to the Low Countries to write about Amsterdam, armed with reams of research on that Dutch city’s architecture and history. But when I arrived in Ghent, all I really knew was the aura of 1898 The Post and the careful inspiration that had gone into its creation.

1898 The Post plays joyfully with its history as a post office, with wax seals and postcards to find around the rooms. Its high-end creative cocktail bar, the Cobbler — all dark portraits and river views — is itself a destination. In the rooms, dark green walls mix with original window frames and an interior design that should feel subtly 19th-century. All of it, connected by imposing stone stairways, invites a sense of the city inside the hotel.

Climbing another stairway, this one a foot-wide spiral in the town square’s belfry (one of three medieval towers that offer a sweeping view of the city center), I ducked onto the nearest landing as I realized this was a one-way staircase and the cursing tourist barreling down at me had it right. I found myself looking into the stone eyes and outstretched tongue of a small dragon. I learned that this is the symbol of Ghent, and one that traces back to a spoil of war stolen after a battle with Bruges in 1382. 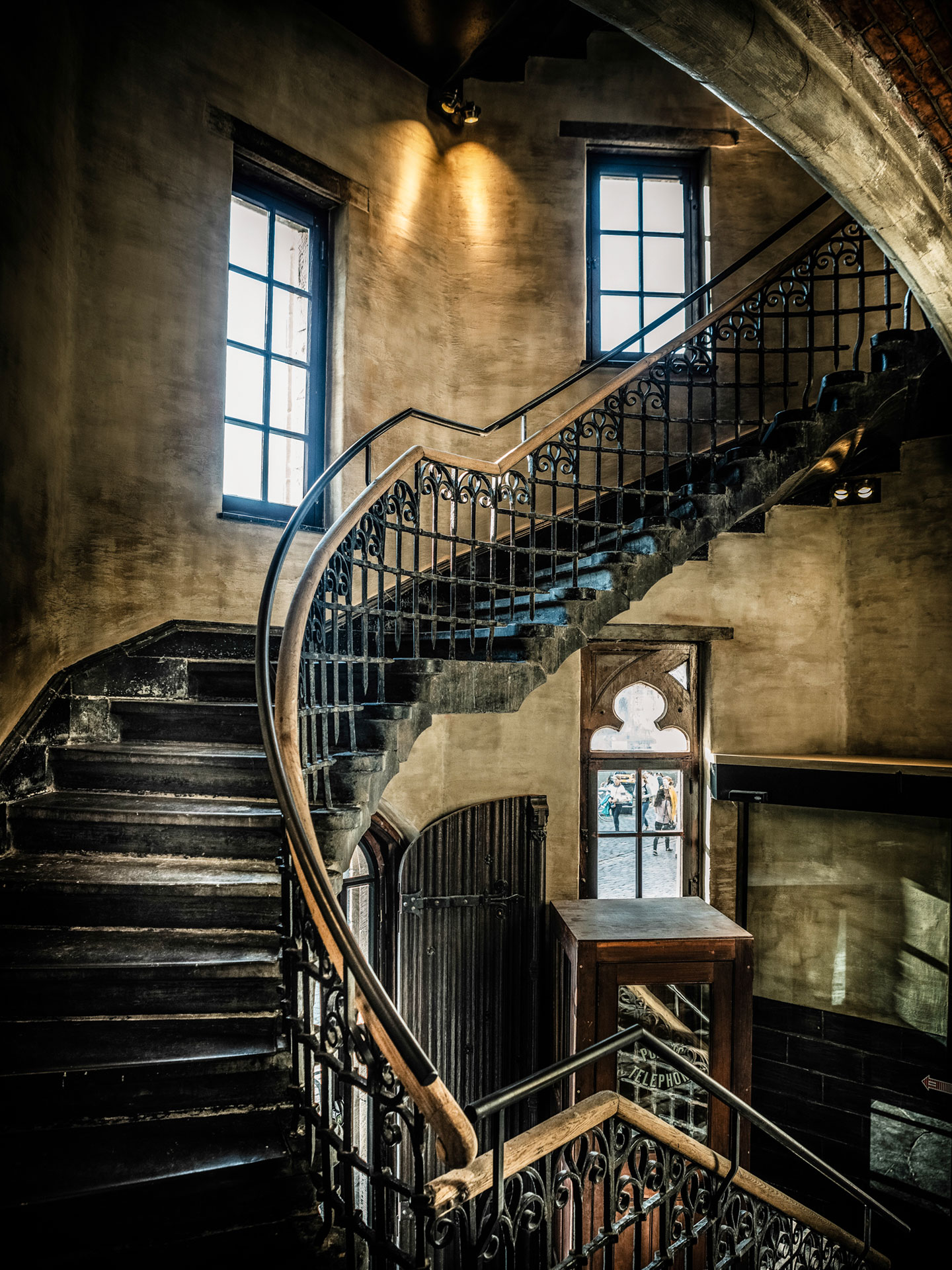 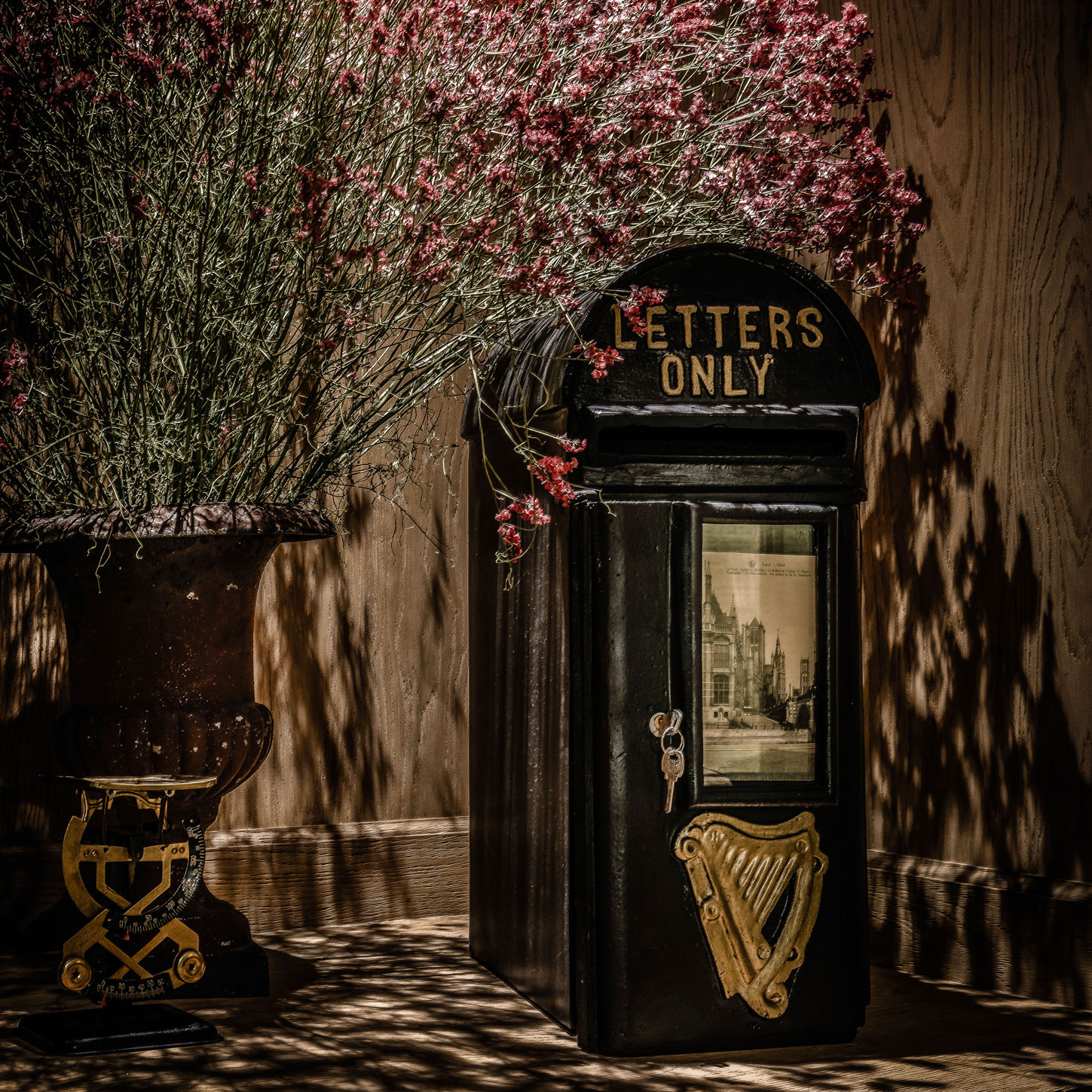 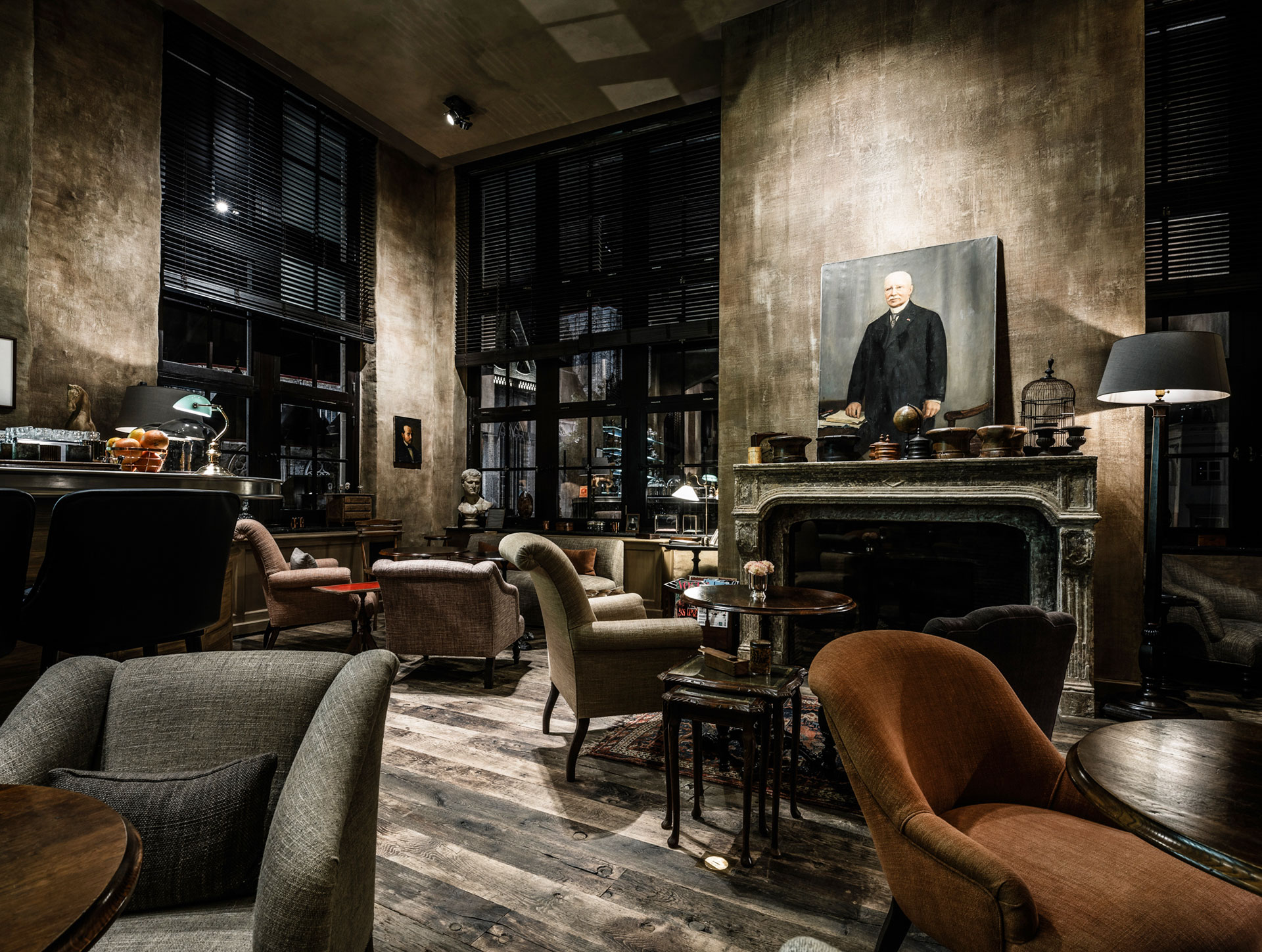 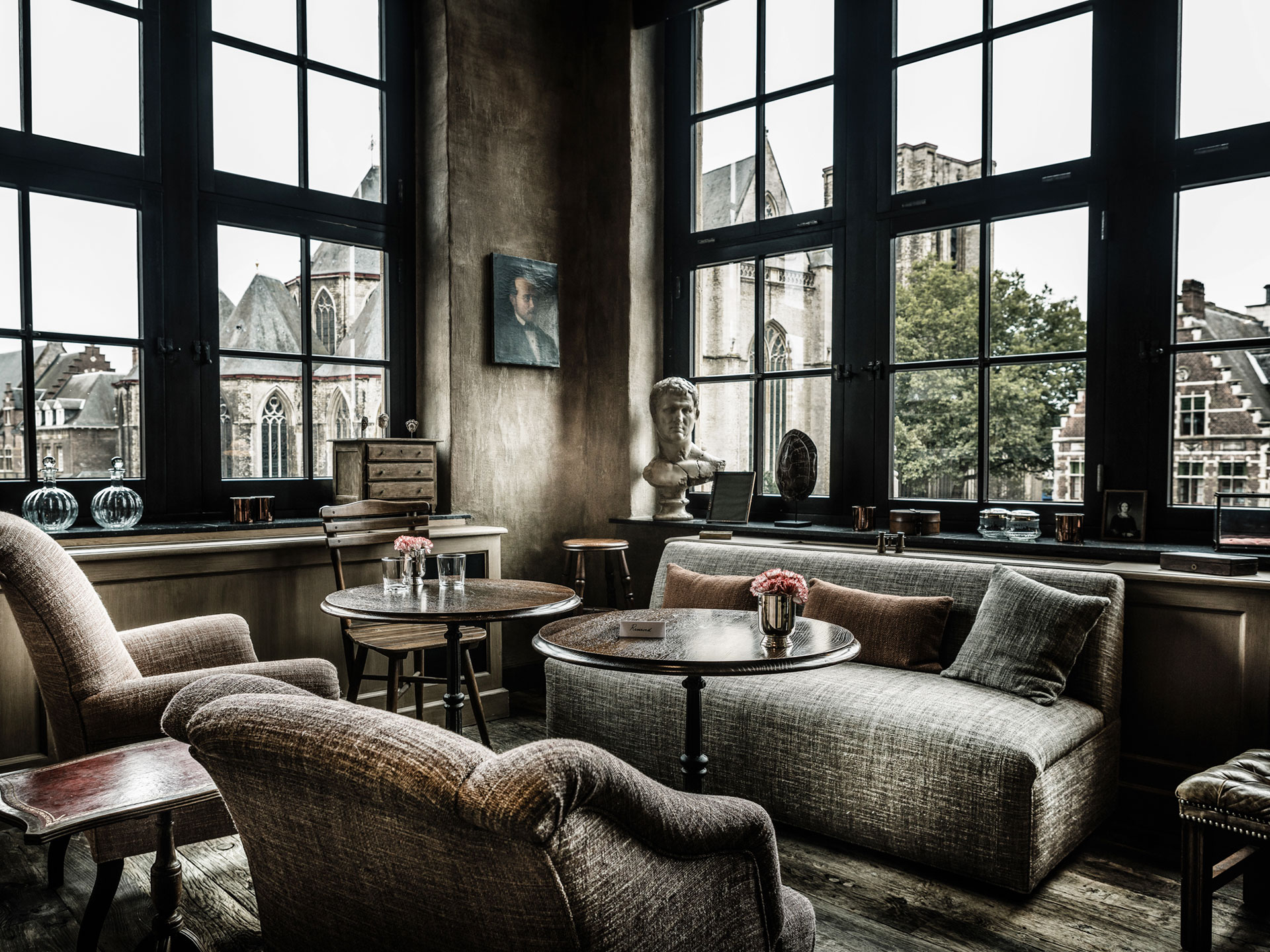 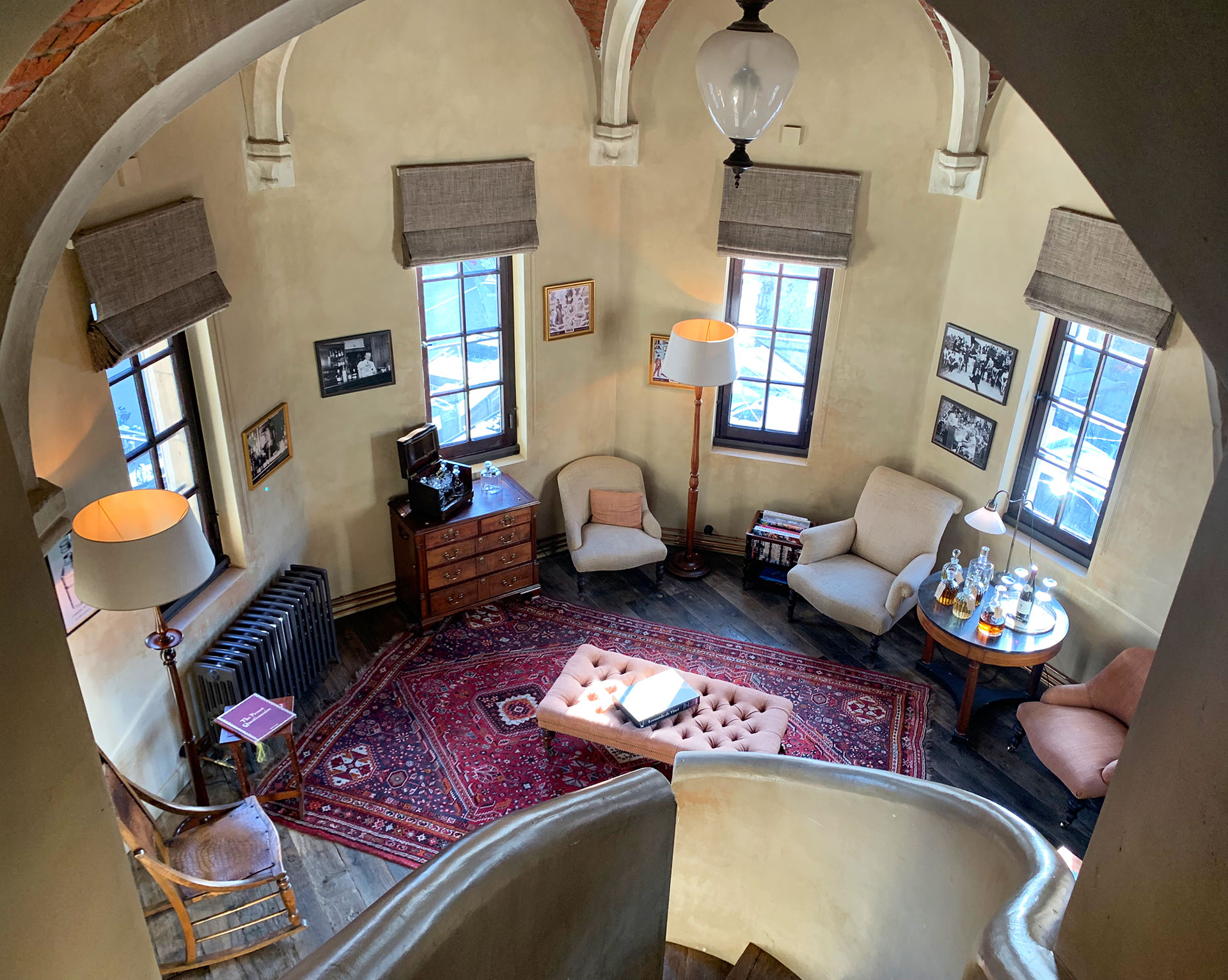 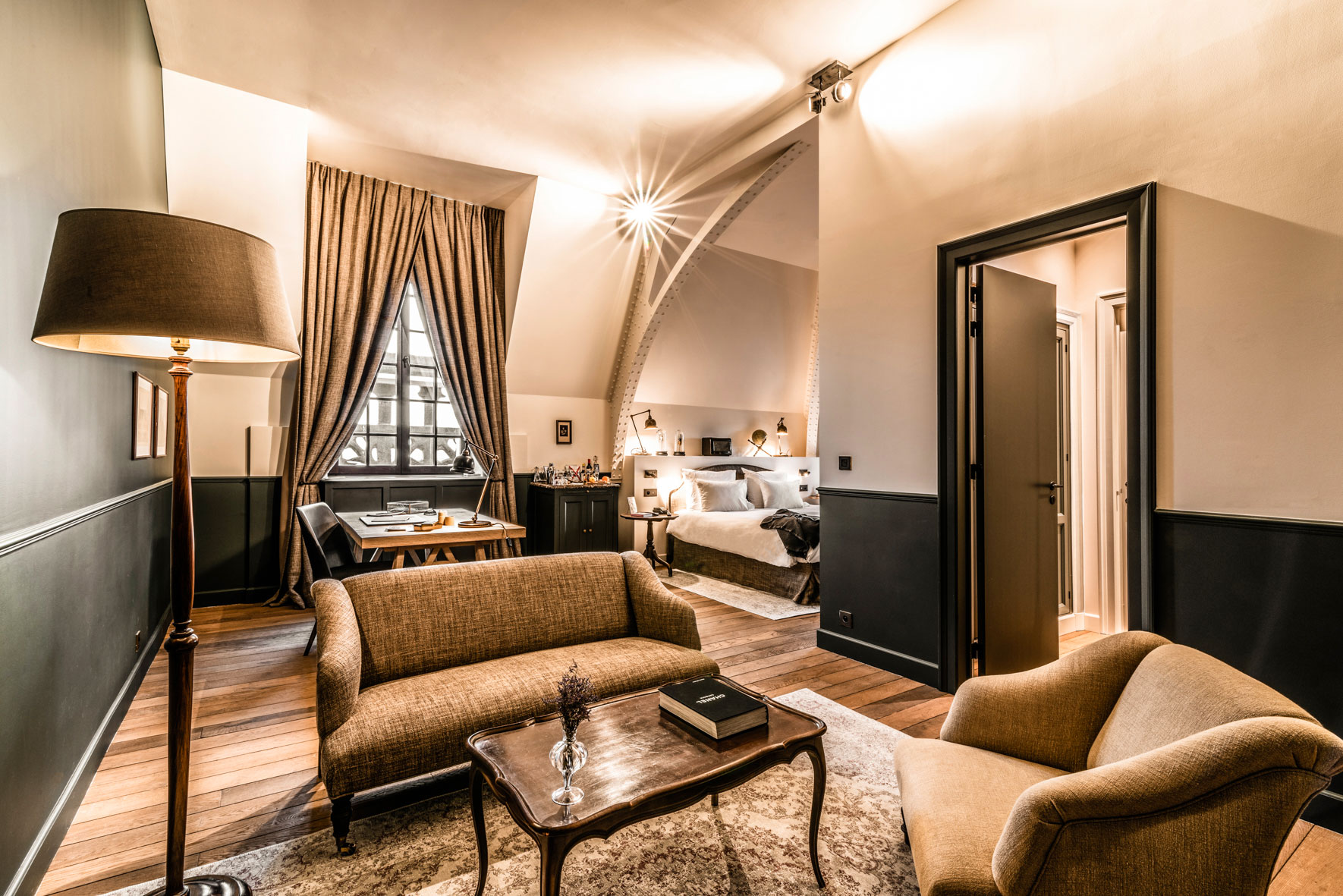 I knew that this was a living, evolving, modern city — full of beer bars and vegetarian food and a thriving student population roaming the streets — but in a place that felt so foreign, with such a small amount of time, I allowed myself the pleasure of embracing my ignorance and letting romanticism make my perceptions.

To me, Ghent was a one-day medieval fantasy in the vein of Game of Thrones, and the city seemed happy to oblige that dragon and incest tableau. Strolling the cobblestone, I found part of a building once used as a dungeon crypt — and above it a depiction of a legend. As it goes, a condemned man survived jail by breastfeeding from his own daughter. The sculpture depicts that moment, and no one in Ghent even blushes. They’ve been living here a thousand years. They’re not easily outraged.

In the end, I needed less than a fingernail’s scratch of the surface to get what I wanted from Ghent. 1898 The Post had introduced me to the city, and through its designs and underlines I had expected a bit of the mystery and exoticism of old world Europe. The front of the hotel faces the city square, but I went around to the other side and found another view back in time. At night, white and illuminated, stepped gables and guildhouses mirrored in the still river. About a block down, what looked like a castle shone in the distance above the stone of an arched bridge that seemed poised for nothing less dramatic than a march of knights on horseback.

I didn’t know what that building was, and I was returning to Amsterdam in the morning. I decided to keep it that way. ▪ 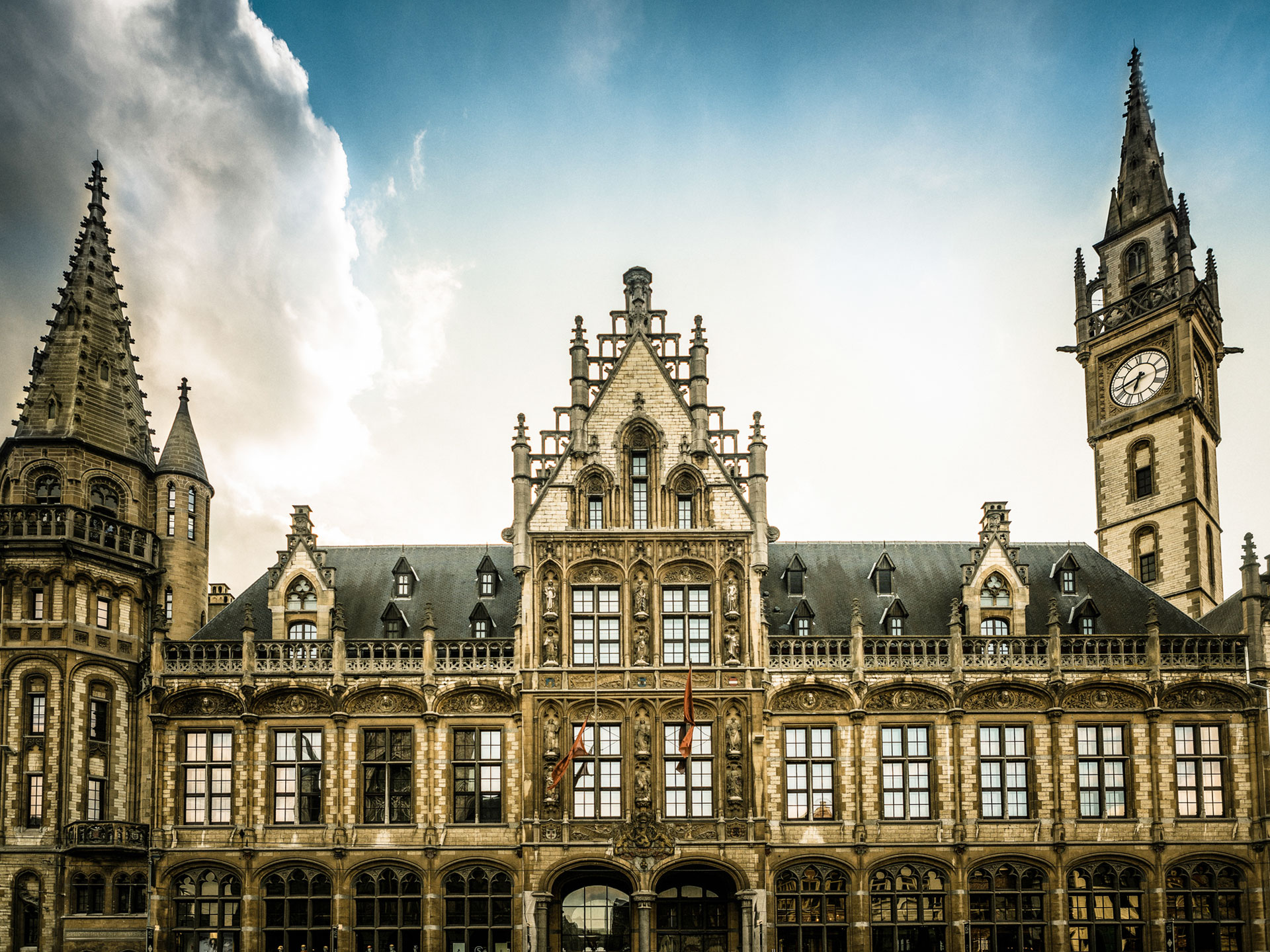