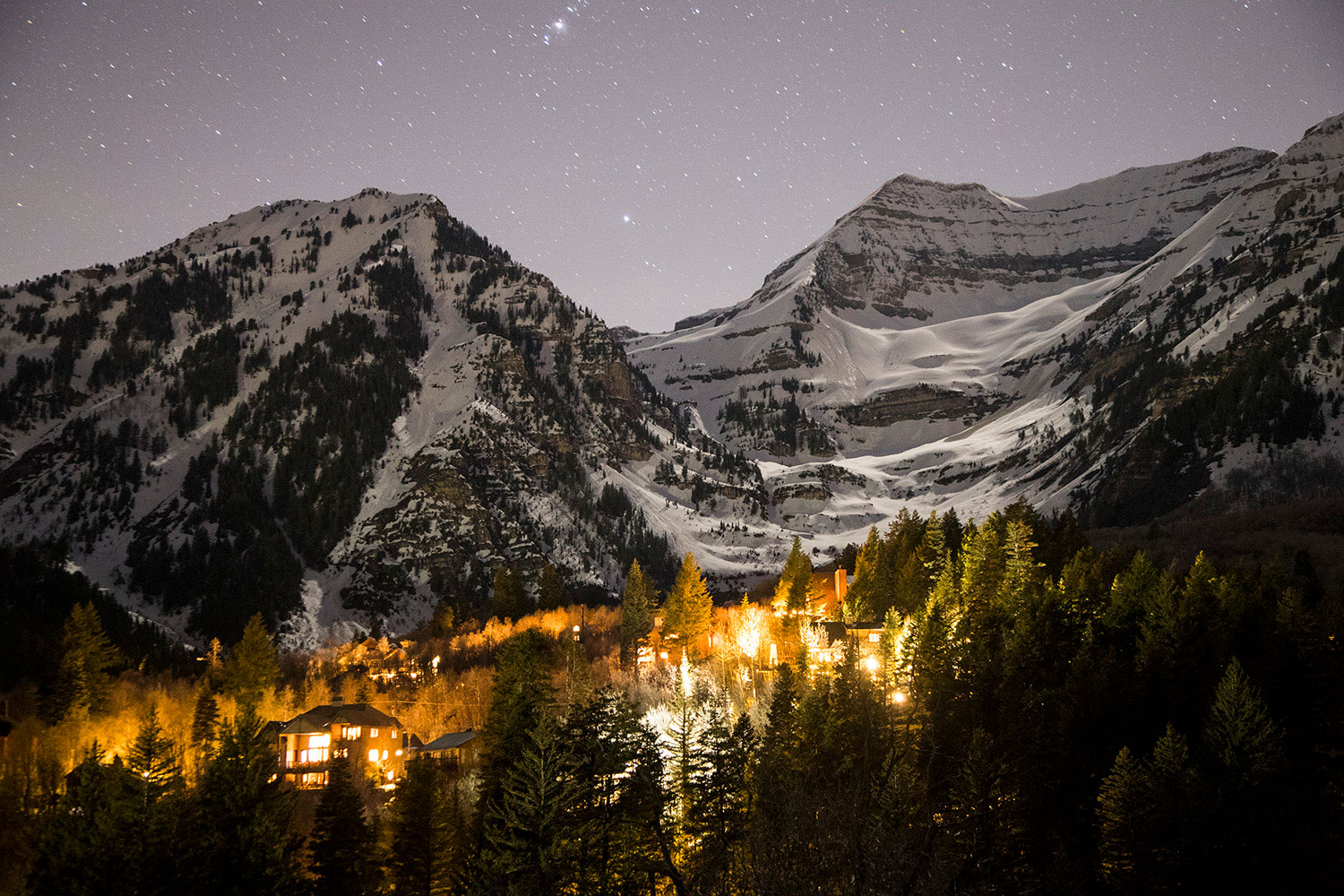 For over 50 years, Robert Redford’s Sundance Resort in Utah has been a prominent incubator for achievements in cinema, culture, and conservation. The lodging and skiing are pretty swell too.

Roger Ebert called Downhill Racer, the 1969 Robert Redford film about competitive alpine skiing, “the best movie ever made about sports — without really being about sports at all.” You could apply a similar description to Redford’s Sundance Resort in Utah. It’s a ski resort that’s focused on art, community, and the environment at least as much as it’s focused on skiing. And that’s no accident. It was all part of the actor’s plan when he established the resort more than 50 years ago.

Today, people are more familiar with Robert Redford’s other Sundance in Utah, the wildly successful film festival that takes place in nearby Park City. But for as many stories as the cinematic Sundance has launched, the resort’s own is just as worth telling. When Redford came across the family-owned Timp Haven ski area in the 1950s, it was purely by chance. He was just a college student, motorcycle-bound on his road trip to the University of Colorado. But the site outside of Provo had him instantly enthralled. For him, the 12,000-foot mountain evoked the Swiss Alps, its vast landscape holding all kinds of possibility.

Less than a decade later, Redford was a movie star. And while you didn’t have to be Hollywood royalty to see that the unfettered development across Colorado and Utah would threaten its natural beauty, you had to have some connections to do what Redford did next. In 1968, the actor gathered investors and bought up 3,000 acres of his favorite place, named it after what was to become his most iconic character, and set forth with a goal of environmental conservation and artistic experimentation.

Over the following decades, Redford created his own haven here, a marriage between art and nature shielded from the mega-developments rising like new mountains out of the Rockies. In 1981, he invited ten emerging filmmakers to come to his mountain sanctuary and develop their independent projects. Soon, he would build hundreds of private and rental cottages to help fund that artistic engine. The rest is cinema history.

In recent years, Redford had been looking to sell the resort, hoping to find stewards willing to continue and, most importantly, improve upon his long legacy. In 2020, the ownership changed, but Sundance Resort unmistakably retains the Redford ethos. His motto was always to “develop a little and preserve a great deal.” To that end, buildings still blend into the landscape — and none will ever rise above the tree line. 500 acres remain in an easement of preserved land, never to see development.

“Sundance is different from the Park Cities, Altas, and Snowbirds,” says the hotel, affirming Redford’s vision, in a conversation with Tablet. “It’s a much more quaint and intimate feel here, and many guests prefer that experience while on the mountain. It’s more of a hometown ski resort feel, and for many it’s the perfect ski experience.” 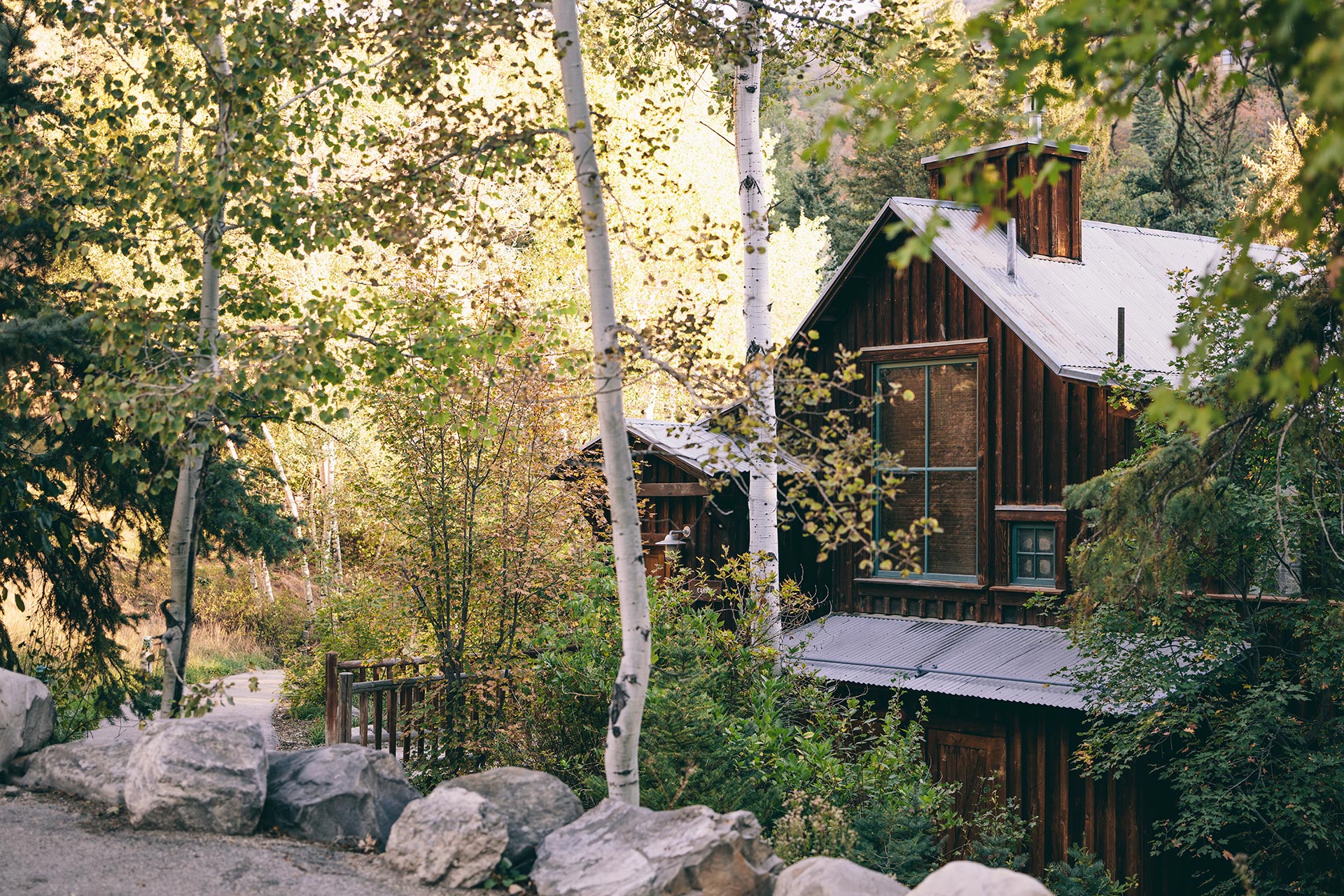 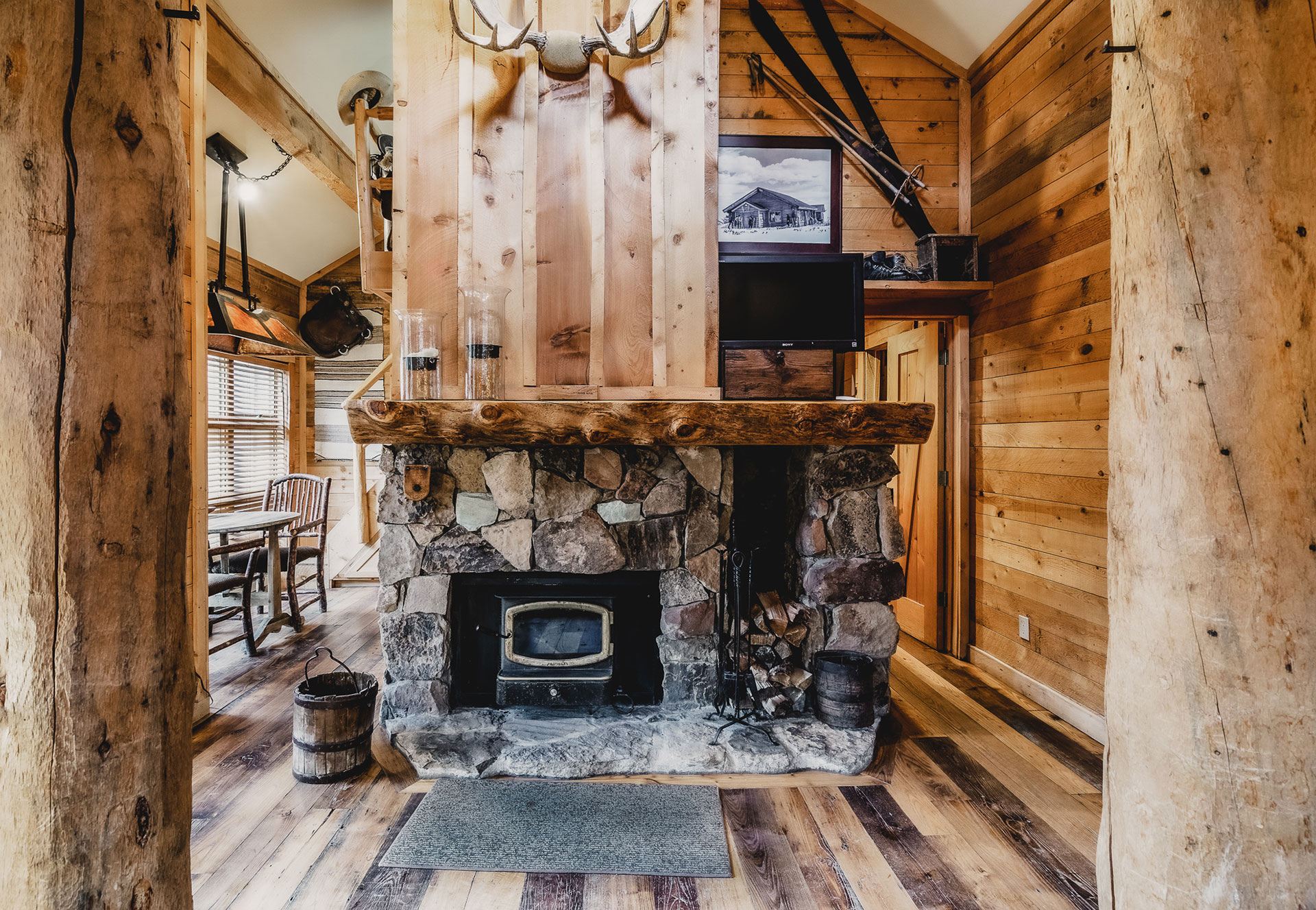 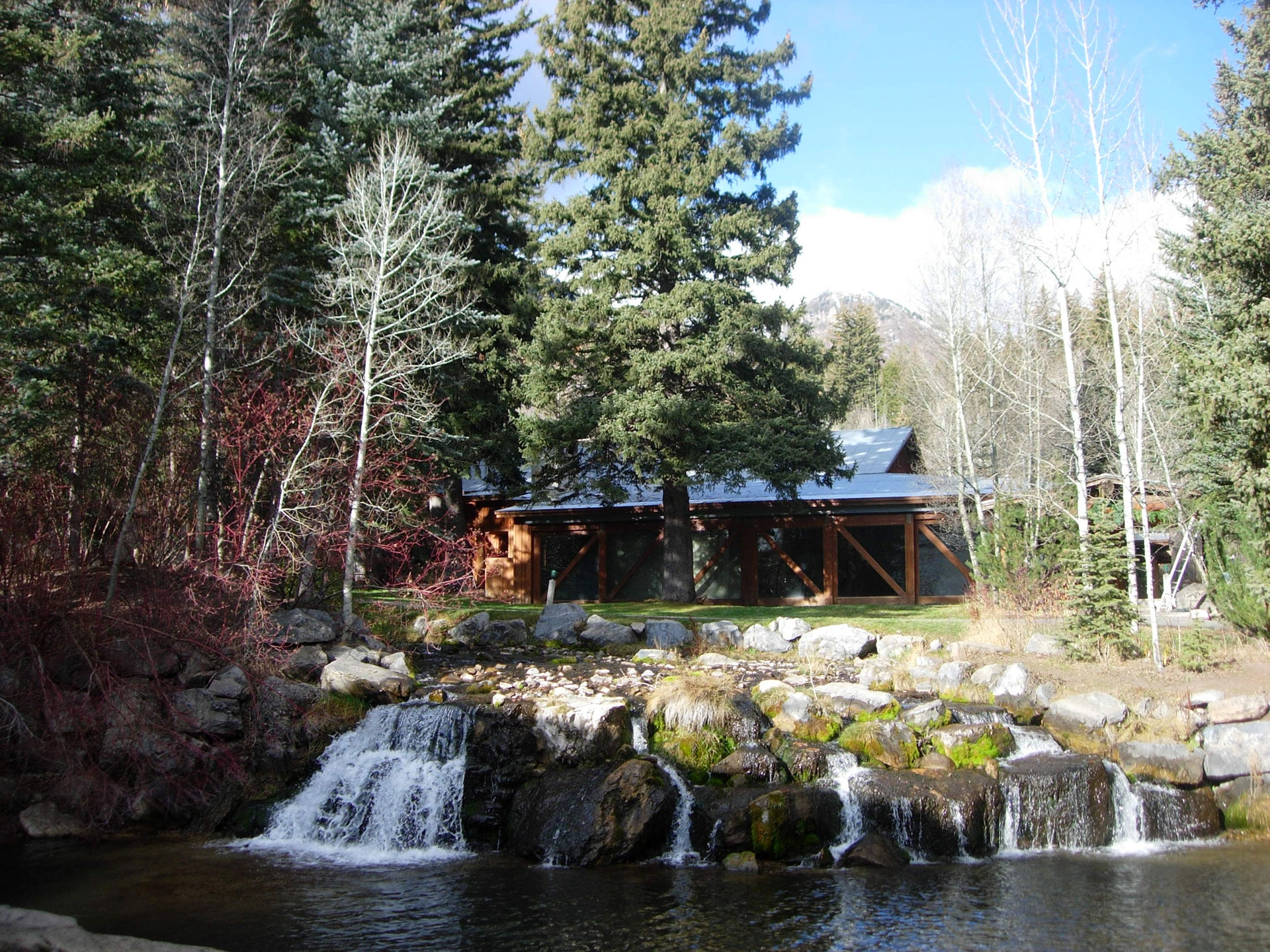 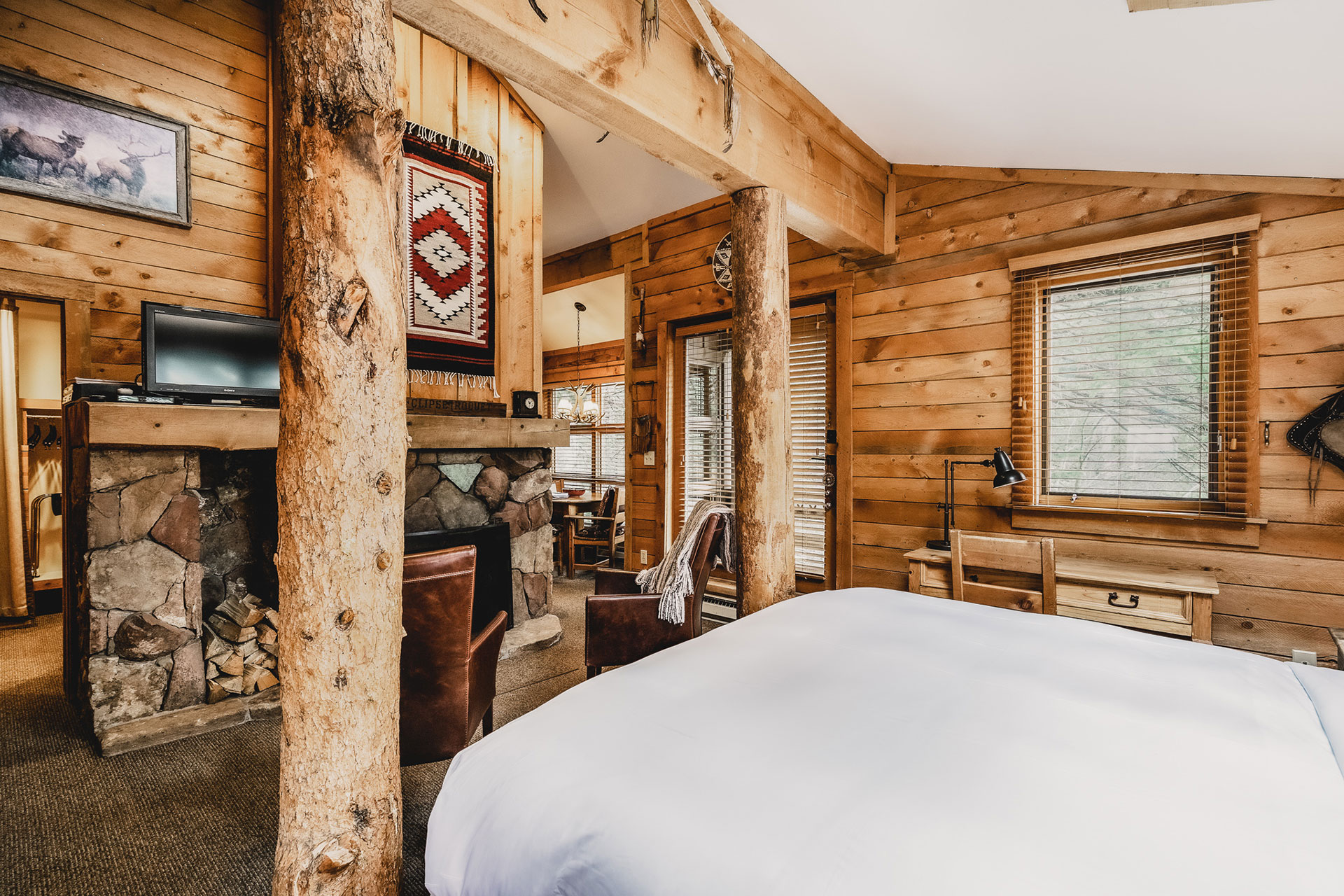 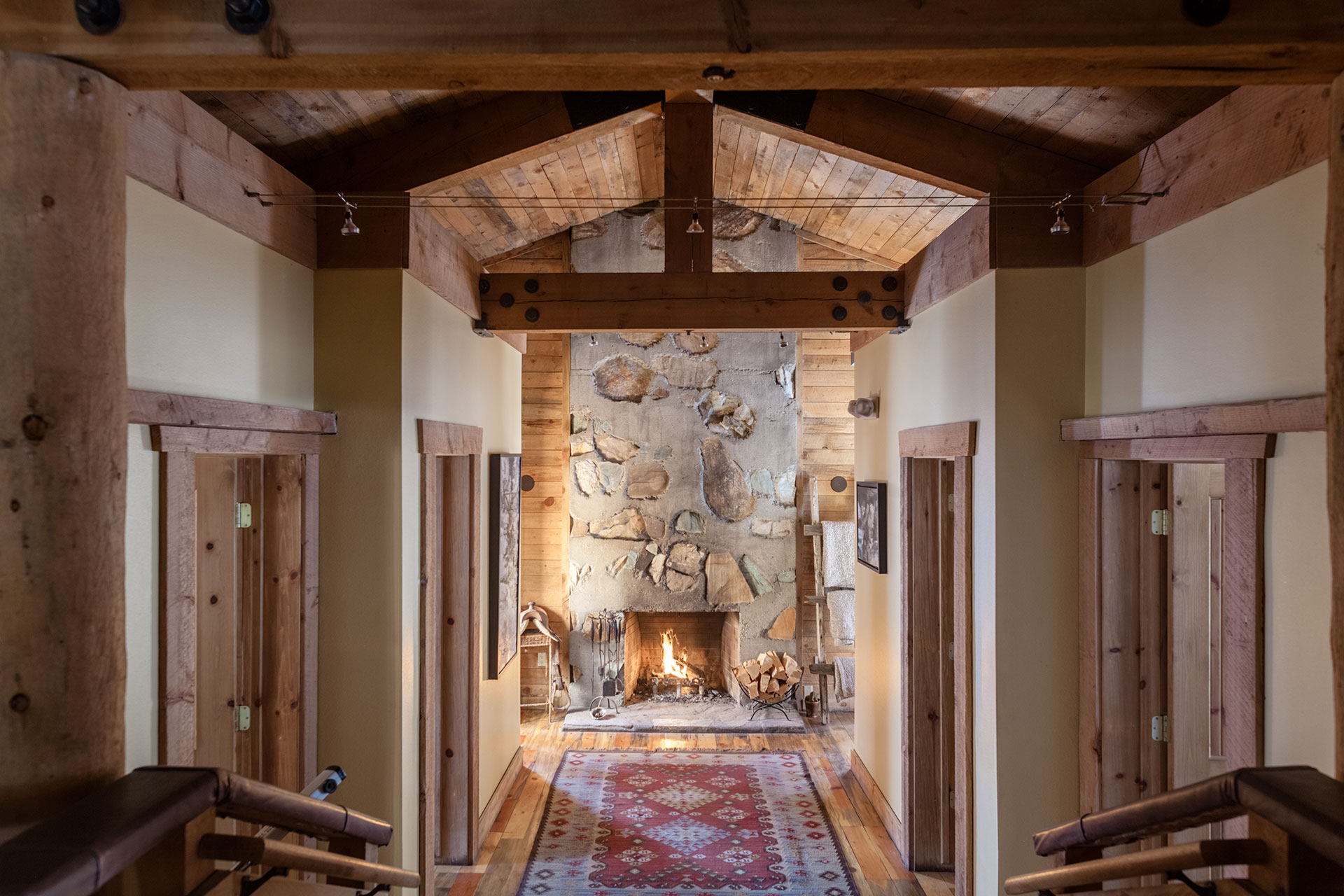 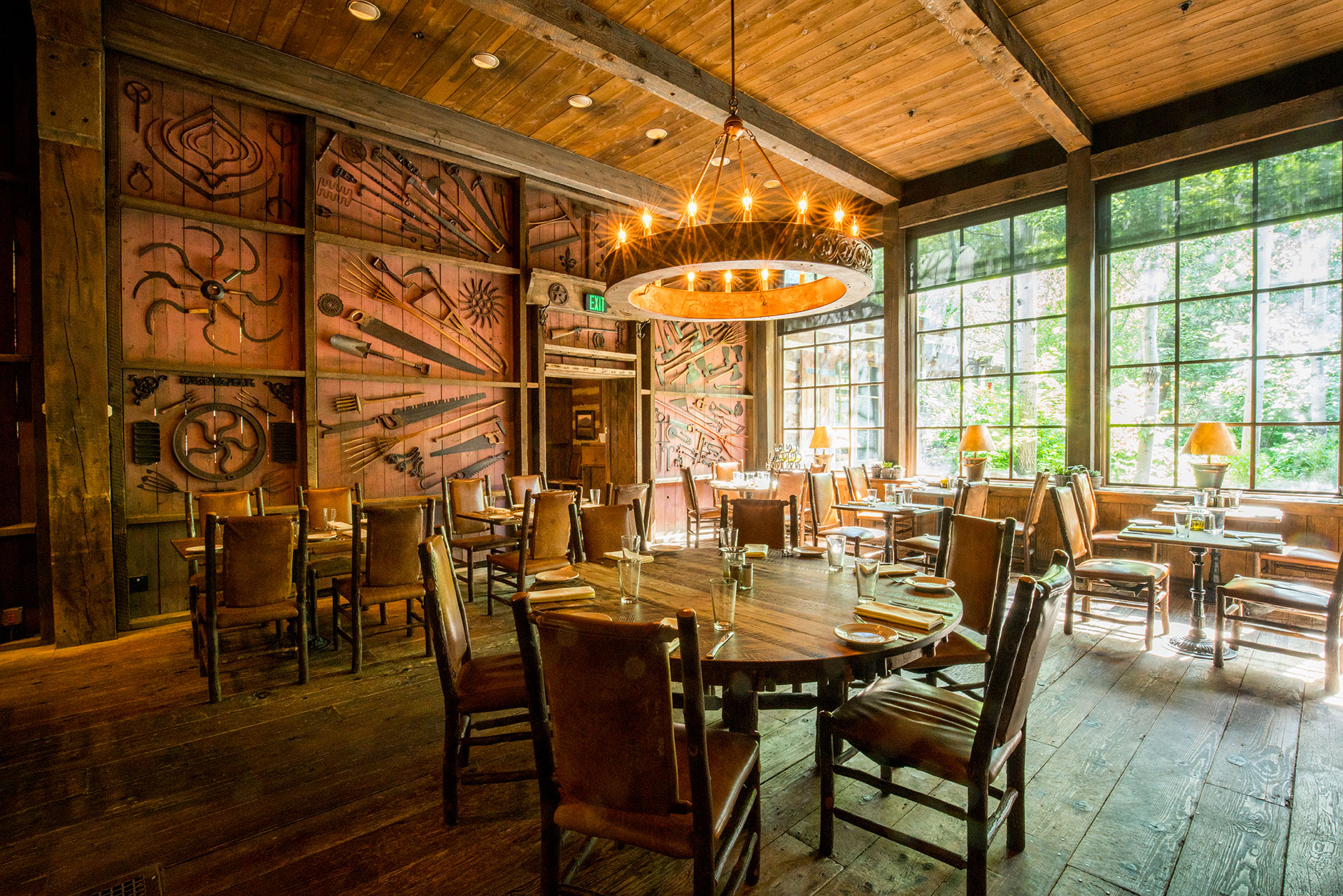 For Redford, the experience at Sundance Resort was meant to reference quaint East Coast ski havens like mid-1960s Sugarbush, Vermont. As Ski Mag wrote in a revealing profile on Redford, that was back when Sugarbush “was small and stylish.” These days, small and stylish are two words not often found together when describing mountains like Park City or Vail. There, large crowds gather at massive lift lines and mid-mountain taco stands. But here, despite some recent renovations in the way of new ski lifts and building details, the resort still takes pride in its “great terrain and short lift lines.”

Not to say that there’s no sense of luxury. Some eight dining options provide everything from a deli to modern French-American fusion — the latter found in the Tree Room, decorated with Native American art from Redford’s personal collection, with tables surrounded by kachina dolls and pieces of indigenous pottery, and an actual tree that pierces through the interior. The rooms borrow similar interior-design cues for the freestanding cabins, with hiking trails and pathways connecting each. It feels more like a small village than a typical resort, but the amenities — hot tubs and fireplaces, luxury linens and barbecue grills — are competitive with any mountain resort.

Rooms range across five tiers, from the Standard — bed, bath, sitting area — to the larger Mountain Lofts, complete with full-size kitchens, master bedrooms, loft space, and sitting rooms. Mountain Homes, meanwhile, have their own names — ones like Hawk’s Nest, Dream Catcher, and Owl Spirit — that could double for ski runs. They sleep up to fifteen guests, and come with amenities like ping-pong and pool tables. All accommodations retain a kind of ski-lodge-chic feel, with requisite wood paneling and beastly craniums hanging on the walls. Head to the Owl Bar for an even more authentically Western feel, a restored 1890s bar relocated to the site from Wyoming. It’s a bar they say Butch Cassidy himself commissioned. 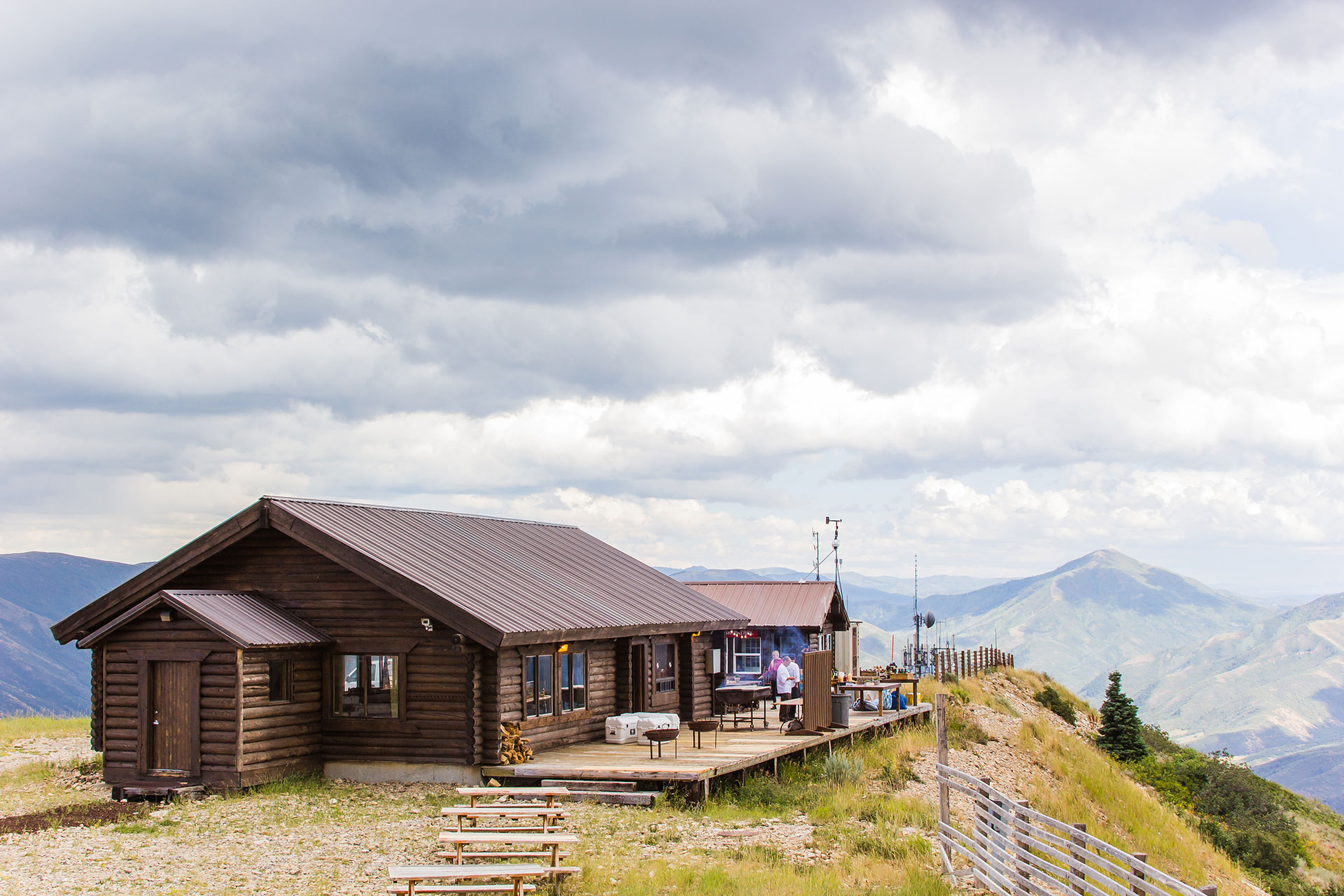 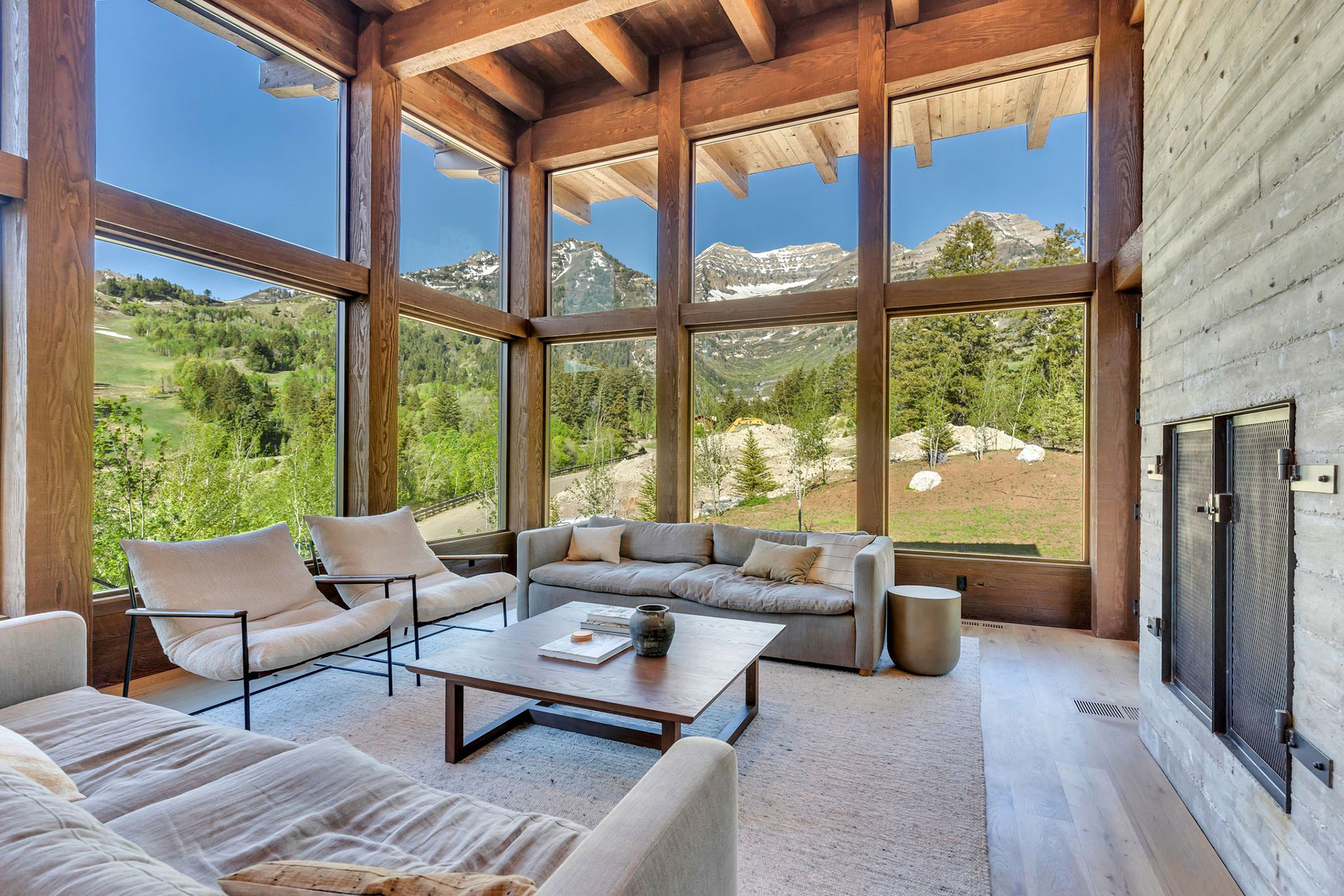 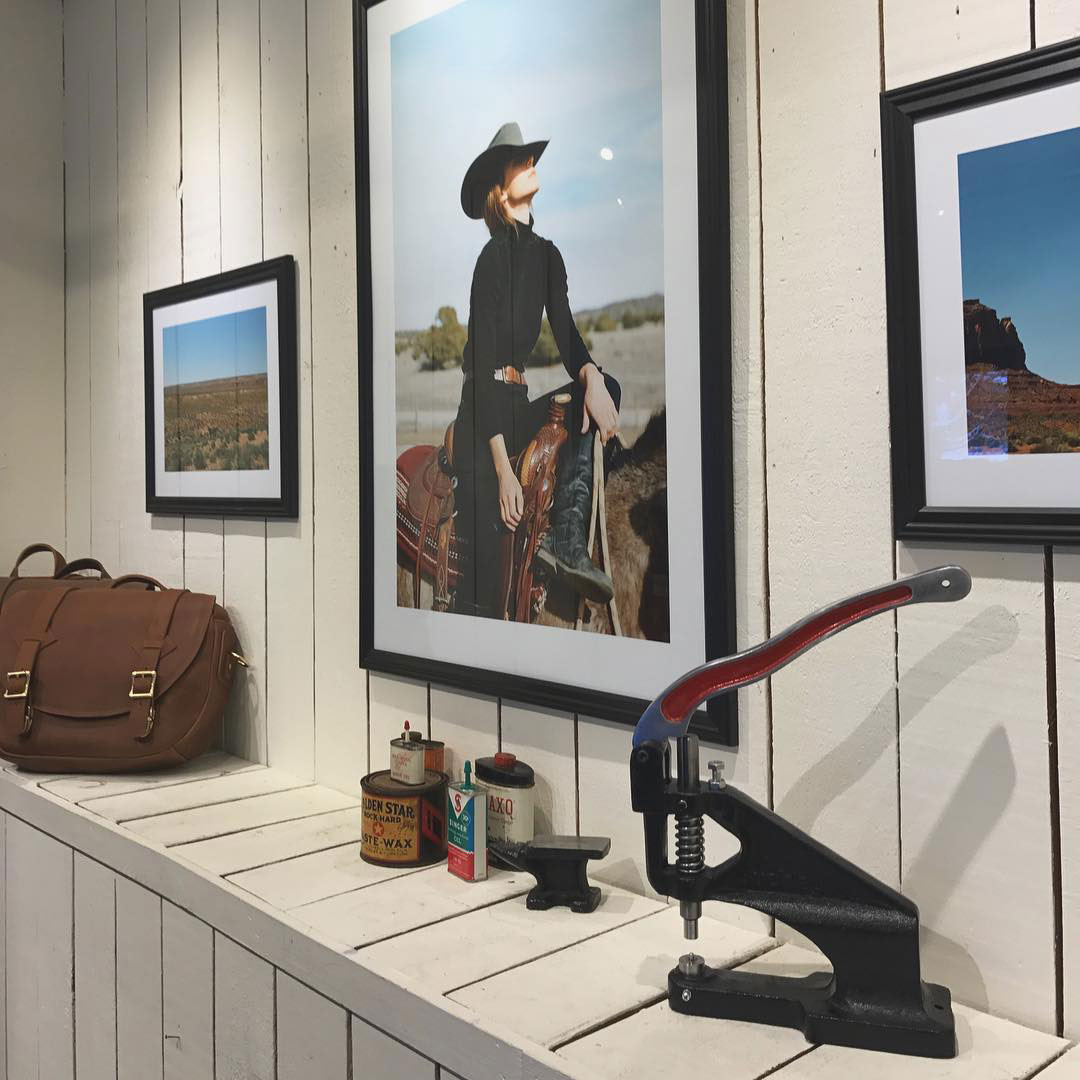 And while the Film Festival was always destined for Park City, the Sundance Resort still hosts screenings, and it still kicks off the international event with a Director’s Brunch on the property. After all, the resort’s artistic ethos is as much a part of its DNA as the chair lifts. Host to artists and their work, the Sundance Art Gallery at the resort features exhibits and workshops. Classes on painting and printmaking, jewelry, pottery, and even soap-making are on offer within the Art Studio, while the Glassblower Studio invites guests to watch artists transform discarded glass into art pieces. The resort hosts an author series (example: a talk by Rick McIntyre, leading expert on wild wolves, on the story of their reintroduction to Yellowstone) and community events, like the Harvest Market in tandem with a local university.

“I was determined to preserve this, but it was not bought with big money,” Redford told Ski Magazine. “That kind of development was the reason I left Los Angeles. So I bought the land and started the Sundance Institute before there was anything here. I was advised that I was out of my mind. But I wanted the perfect marriage of art and nature.” With the Sundance Resort, he may have done it. ▪ 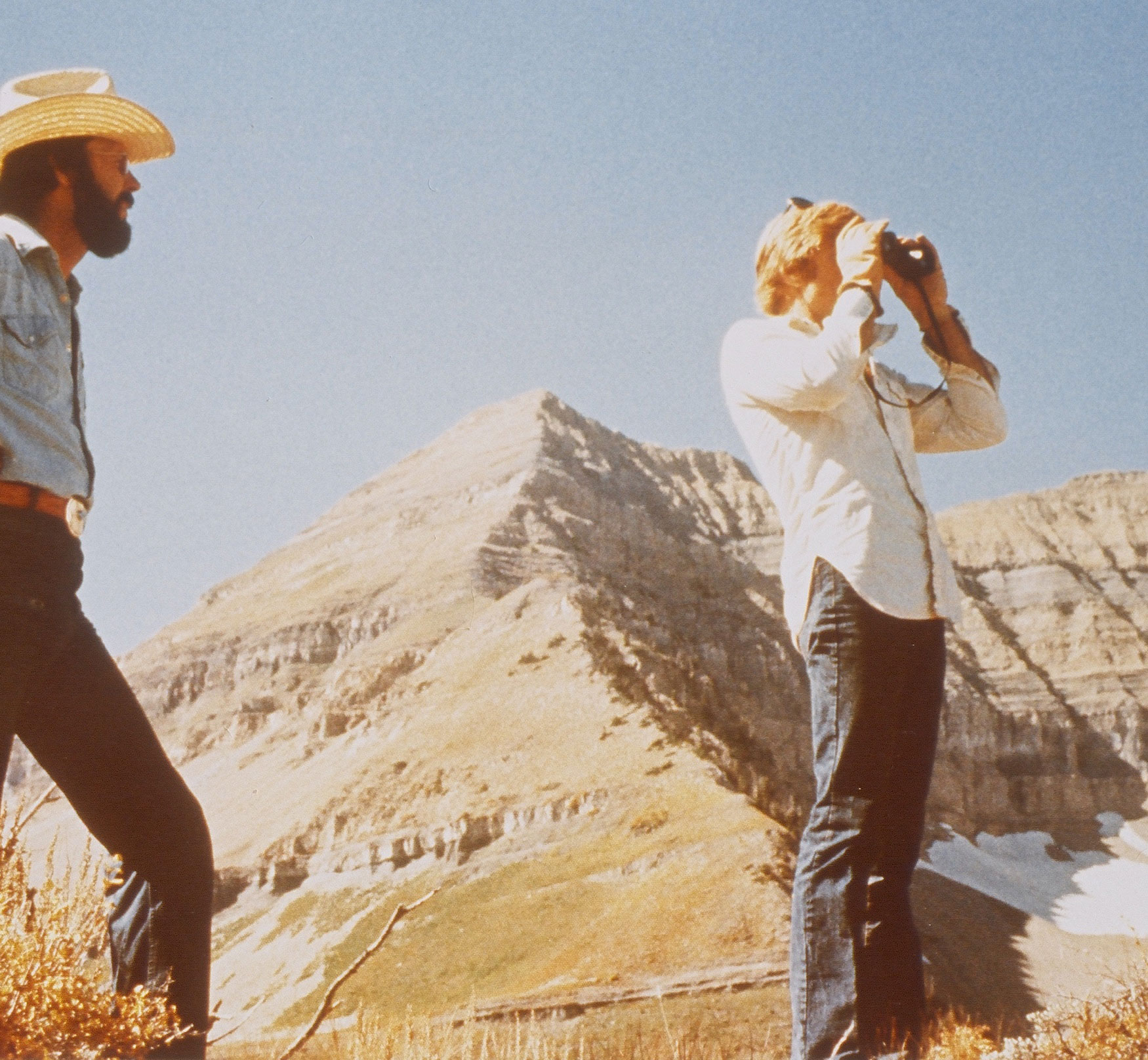