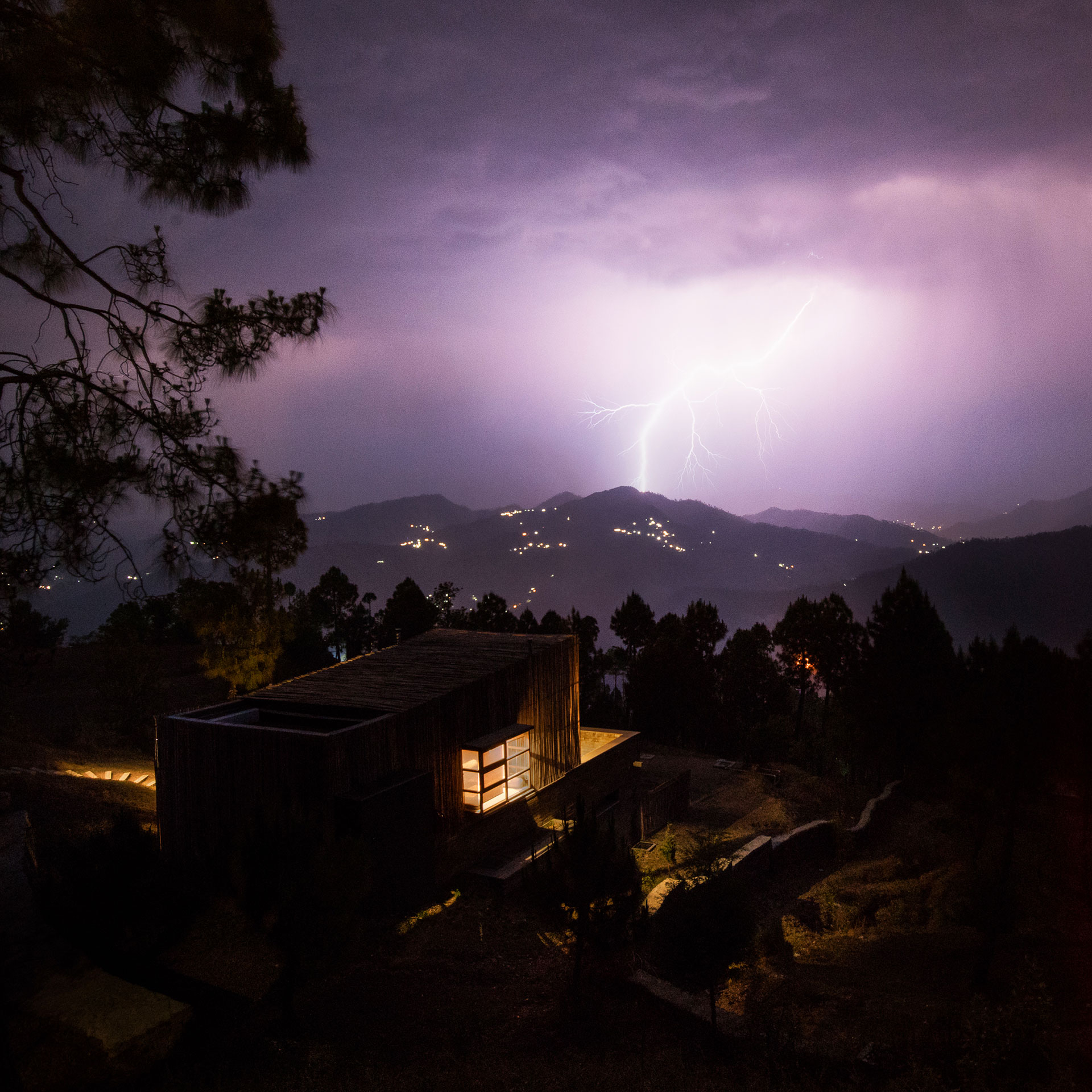 Hotels like the Kumaon don’t come along often. In a remote part of India made famous by Bob Dylan and George Harrison, it’s an experience as rare and improbable as the methods required to build it.

That the Kumaon even exists is almost unbelievable. High among the Indian Himalayas, nine hours by automobile from Delhi, it takes the better part of a day to get here. When the owners found it, no roads led to the site. A simple log cabin would have been challenging enough to construct.

It is a work of hotel art, a feat of tropical modernism superimposed on a mountaintop almost entirely by hand. At the peak of the building process — a Sisyphean relay between smaller and smaller vehicles until, finally, man and beast pulled the final materials to the site — 93 people and six mules worked the site by hand and hoof. In the end, they built a ten-suite luxury hotel as unlikely and marvelous as any in the world.

“I cannot emphasis enough the ridiculousness of the affair,” says Raghav Priyadarshi, one of the principals of the hotel. “We often feel it was divine serendipity that somehow led to the completion of the construction.”

Designed by Zowa Architects — consisting of Jineshi Samaraweera and Pradeep Kodikara, the latter a disciple of the legendary modernist Geoffrey Bawa —  the Kumaon is defined by its limitations. “There was no power, no water, and no phone/internet connectivity on site,” explains Priyadarshi. “The building of the property, which on more than a few occasions seemed like a folly, to be eventually abandoned, was essentially exactly how it would have been made 100 years back, or 500. The only difference today is the use of some modern materials, like glass and steel.”

In part for aesthetics, in part to keep down the ballooning costs of transporting materials, native-quarried rocks were hand-cut, hand-stacked, and hand-chiseled block-by-block on site. To do this, the hotel sourced the rare masons with memory of traditional architectural techniques. Expert local carpenters were summoned too, sought for their advice on which local pines — usually too frail for construction — would hold form.

That pine is now crucial for both structure as well as in furniture and cupboards, doors and floorboards. Slate roofs from local homes were reclaimed too, used in some spaces as flooring. Meanwhile, the cantilevered dining room, perhaps the most staggering space on site — with jutting views that never end — takes inspiration from local span bridges built by the British.

The result is a structure both earthy and mystic. The outdoor spaces of the lower rooms are ensconced in the site’s natural fauna, while above, terraces crawl out into crisp mountain air. Every accommodation at the Kumaon features floor-to-ceiling windows and traditional wood-burning bukharis for warmth. 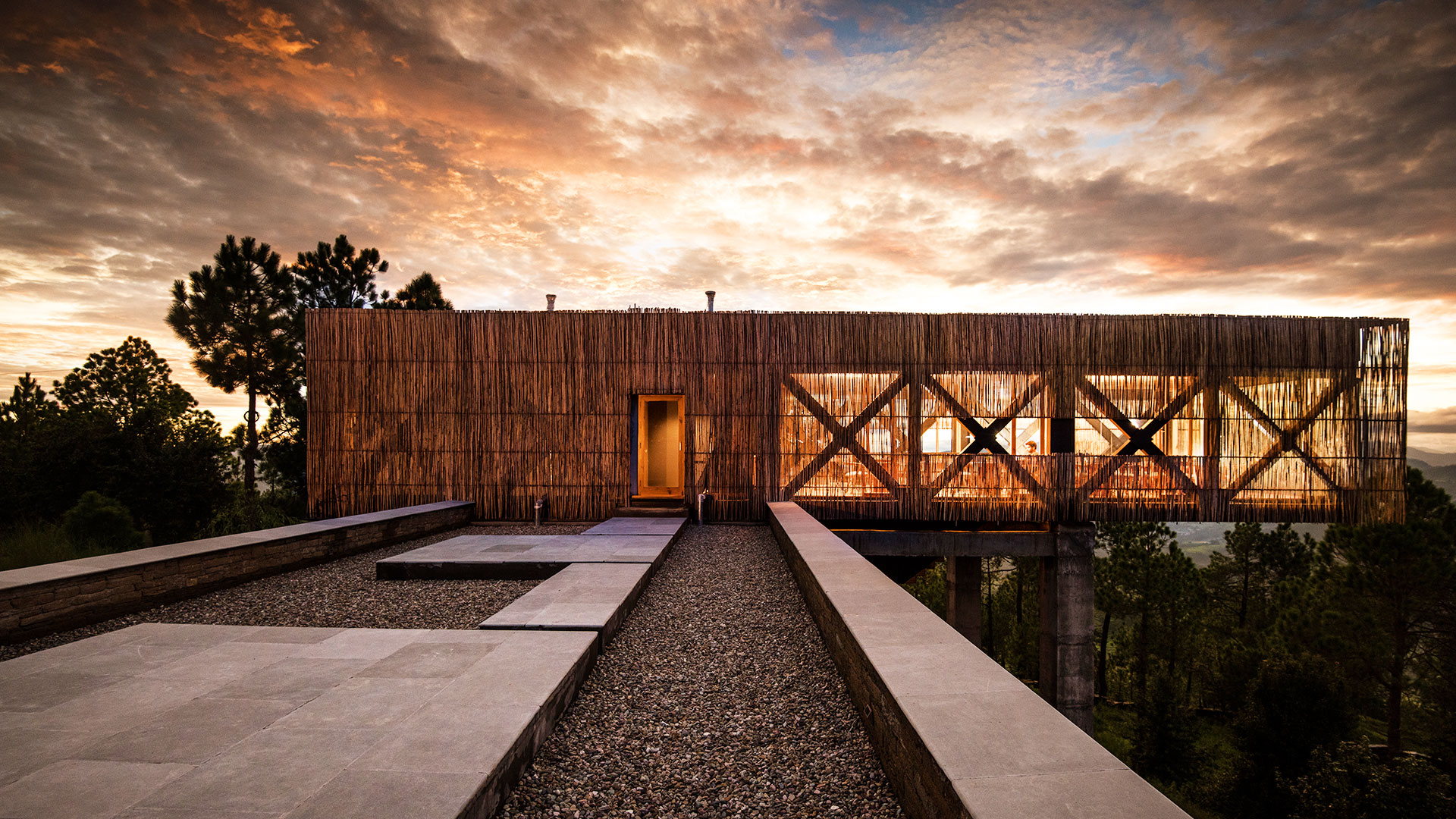 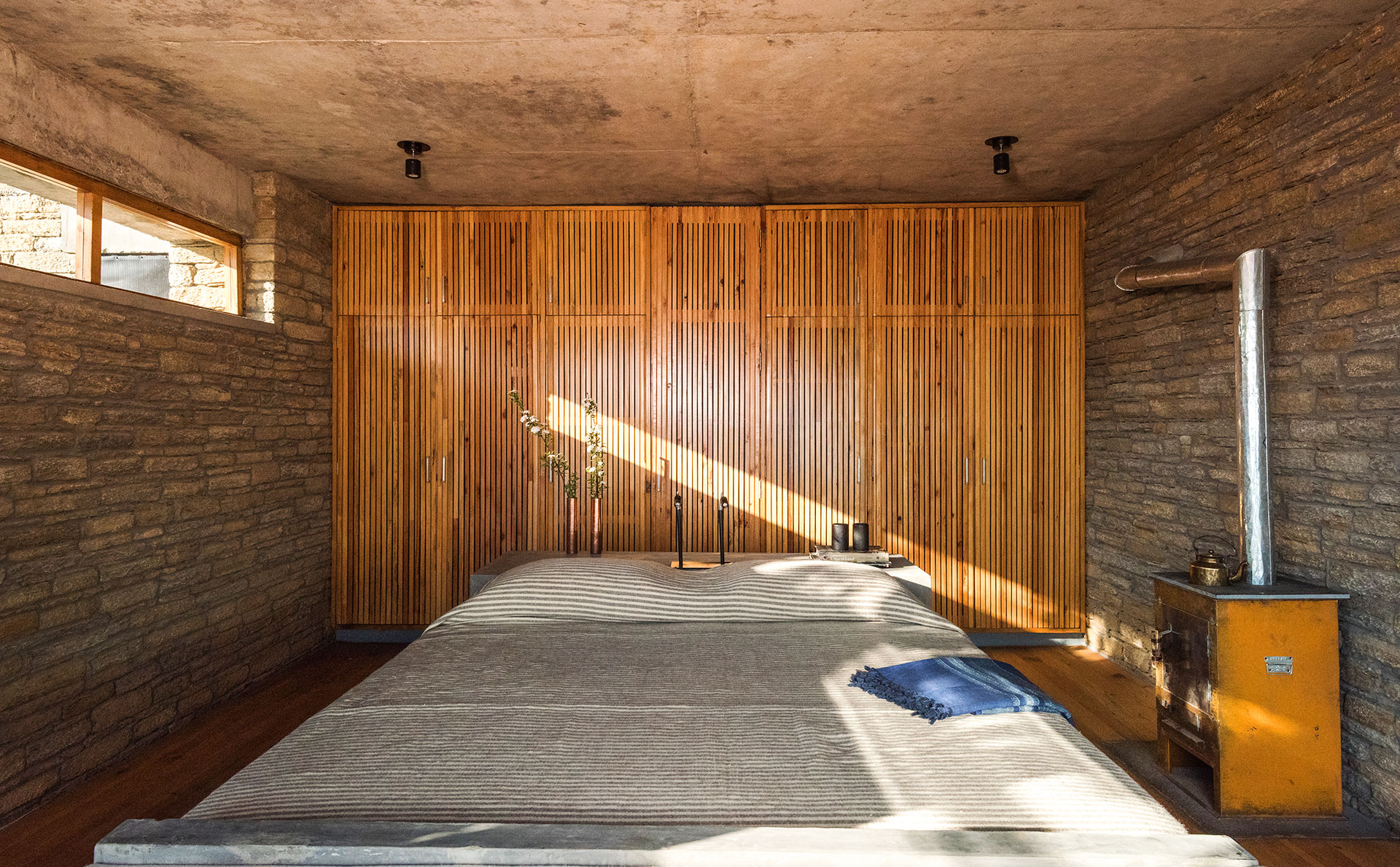 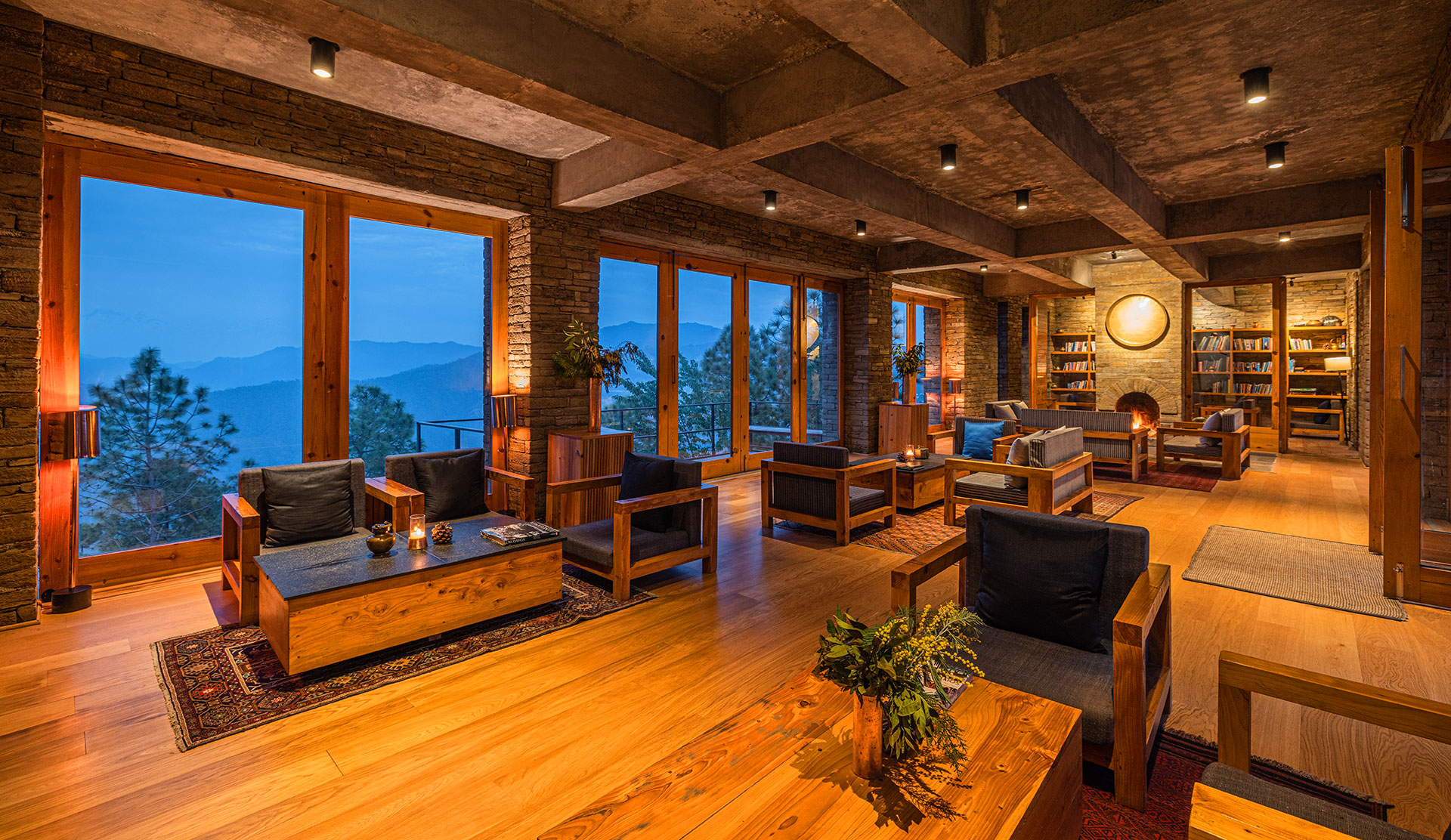 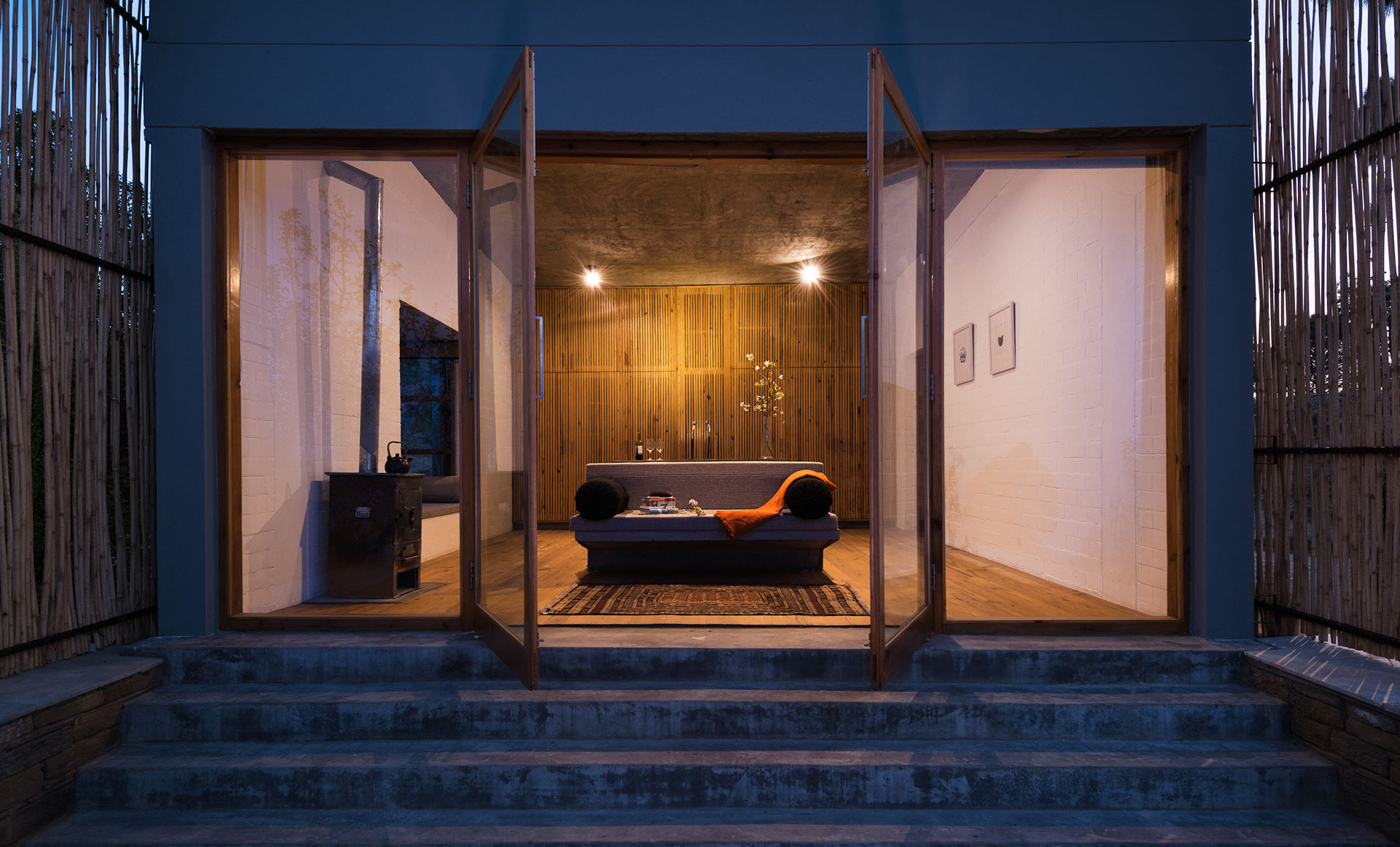 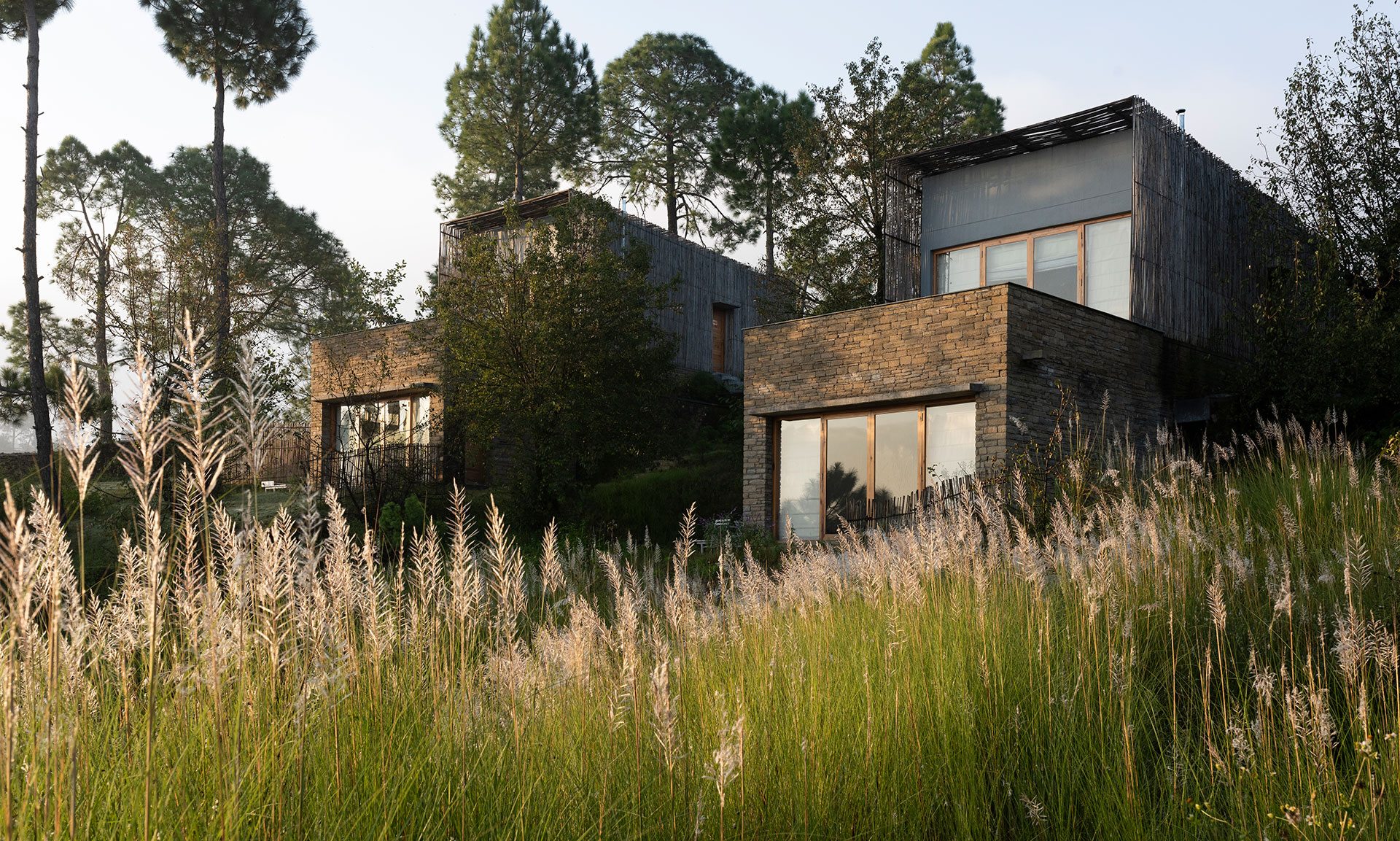 The Kumaon may be located well off the beaten path, but it’s not even the first international tourist attraction in this remote part of the world. That would be the nearby village of Kasar Devi. “A powerful center for seekers is how I would summarize the history of the area,” says Priyadarshi, succinctly.

Locals today tell stories of the 1960s; of a young singer named Bob Dylan roaming the town with his guitar; of visits from icons like George Harrison, Timothy Leary, and Cat Stevens. The hippies that once flooded this landscape were themselves following earlier seekers. Men like writer D.H. Lawrence or painter Earl Brewster. Even earlier, it was the famous Swami Vivekananda who meditated here. In Dylan’s day, they called this place “Crank’s Ridge” for the characters who flocked to its base.

A mystical little hamlet, Kasar Devi lends its visitors a sense of tranquility. It’s a phenomenon so physical — like crop circles or Stonehenge — that to many it seems that there must be some metaphysical explanation. In Hindu tradition, the place is a power center of Devi, the female divine (the Kasar Devi temple dates back some 2,000 years). To those who streamed here in the 1960s, the explanation was less godly, more quasi-scientific. To them, the feeling of the place was said to result from a gap in a cosmic radiation belt.

These days, you’ll still find the odd leftover hippie. But for the most part, the countercultural movement has moved on. Even in terms of domestic tourism, this is a region rarely on the tourist trail. And yet the Kumaon has made it a mission to rekindle some of the region’s lost attention. Sometimes it’s the rich and famous who visit this glorious little hotel, looking to escape the public eye. Other times it’s regular couples and families. All come to explore and to trek, to find temples and wild landscape, to visit the small towns or the leopards in the famous wildlife sanctuary at Binsar.

Owner Vikrom Mathur originally envisioned the Kumaon as his private escape, before realizing the setting was too mesmerizing not to share. And it’s a good thing he did. Considering the views, and the secret waterfalls, and the perfect forests, it doesn’t take a hippie to appreciate this high corner of the world. We wanted to “enable a new generation of visitors to feel the sublime beauty of the land,” the hotel tells Tablet.

With the Kumaon, they’ve done all they can. It’s your choice to seek it.

Book The Kumaon on Tablet Hotels. 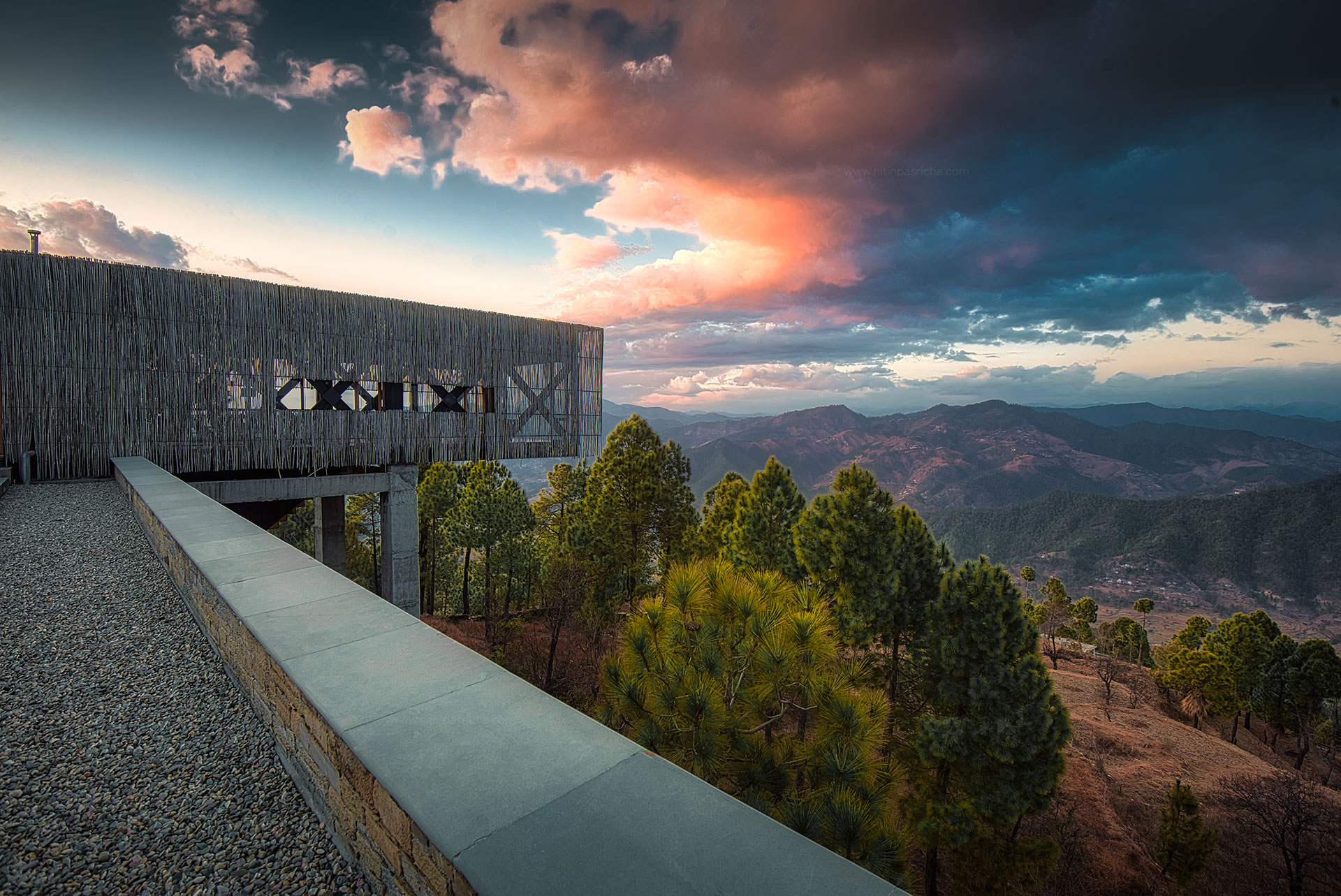