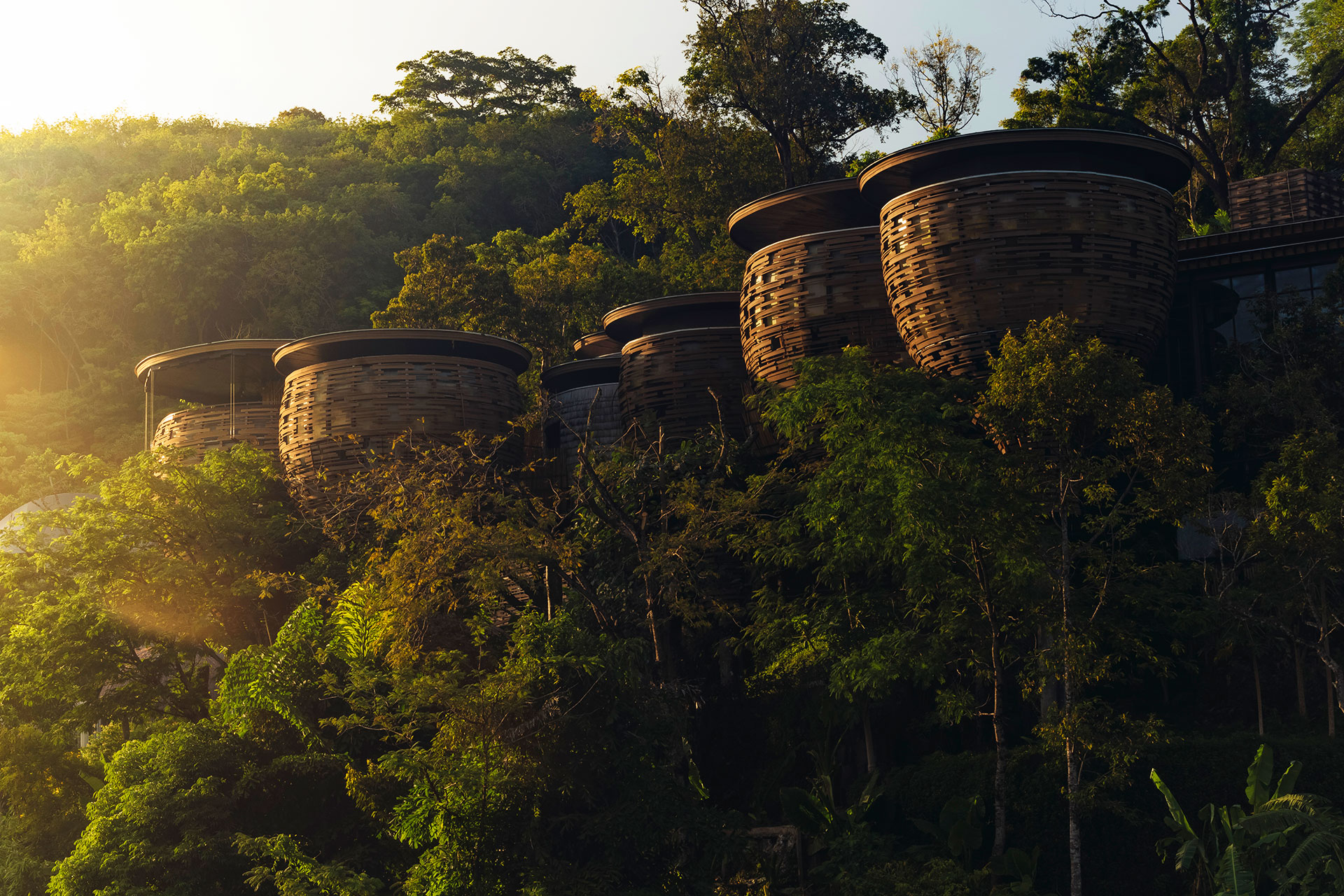 Keemala is a twisted treehouse fantasy — a Thai wonderland of elevated pool villas and intricately woven bird’s nests, with an origin story almost as dramatic as its architecture.

Keemala has a more interesting backstory than most hotels. It begins with an ancient merchant caravan sailing the Indian Ocean, searching for trade partners on the Sea Silk Road. From port to port, the caravan grew as more vessels joined the journey. A community of nomads, its ranks included not just sailors but engineers and carpenters, performers and philosophers. Each with a role to play in keeping their crews safe and sane.

It didn’t last. Caught in a horrible storm, many died as ships sunk in a crash of waves and wood. The few who did survive found themselves way off course, marooned on the island of Phuket. The survivors embraced the fertile location, and four distinct tribes emerged from the disparate cultures. They settled down, and established what’s now known as Keemala.

Just twenty minutes from the famous party scene in Patong, today’s Keemala is a testament to those voyagers. It’s an “all pool villa wonderland,” to use the resort’s own words; a treehouse-chic fantasy that overlooks the small village of Kamala, where quiet beaches revel in the seductive coastline. No matter where you look, the swashbuckling origin story is never far from view. It informs nearly everything, including the architecture of each villa.

And it’s the architecture that makes this place.

The resort’s creators leaned heavily on history, finding inspiration from Keemala’s four founding clans. The Earth Clan inspired the Clay Pool Cottages, the ground-level accommodations ensconced in forest and set under thatched-style roofs. The Wanderer Clan inspired the Tent Pool Villas, incorporating the nomadic tradition into a semi-permanent, swooping tent-look with partial views of ocean or forest. The Sky Clan corresponds to the Tree Pool Houses, where two floors reach up into the heavens. And the the Bird’s Nest Pool Villas were the dwelling of the elite Nest Clan, who valued exclusivity and privacy (and whose dwellings’ crisscrossed exteriors resemble a nest).

All accommodations have private pools of up to 30 meters, beautiful bathrooms, and views of forest, resort, or sea. The interior design reflects the natural theme, incorporating clay and wood, shell-embedded tiles, and handcrafted mosaics, depending on the tendencies of each clan. The story of Keemala’s element-based settlers is reflected at the Mala Spa, which boasts holistic therapies, with a use of medicinal plants and “raindrop healing.” Other activities include yoga, meditation, and walks through nature. Sustainability, of course, is a priority.

The owners built Keemala with every intention to protect the existing ecosystem. Each villa has its own water treatment system. Indigenous trees have been planted all around. And the resort’s own garden supplies some fifty percent of its kitchen needs. Excess food is redistributed to local communities, and contrary to many of the tourist draws in the region, Keemala eschews any profit from elephant rides or tiger shows — they employ a strict Anti-Animal Exploitation Policy that encourages guests to engage in ethical tourism. 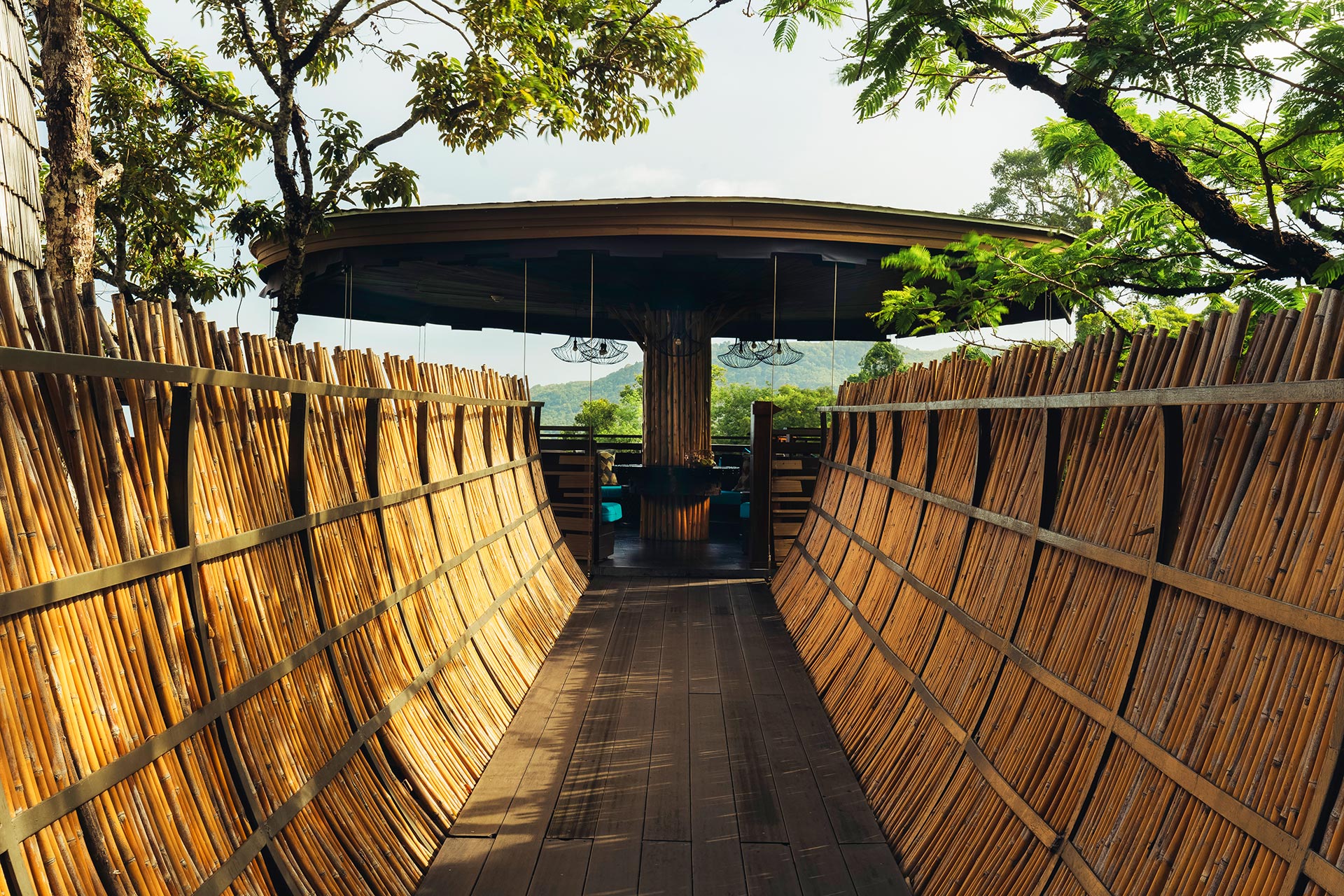 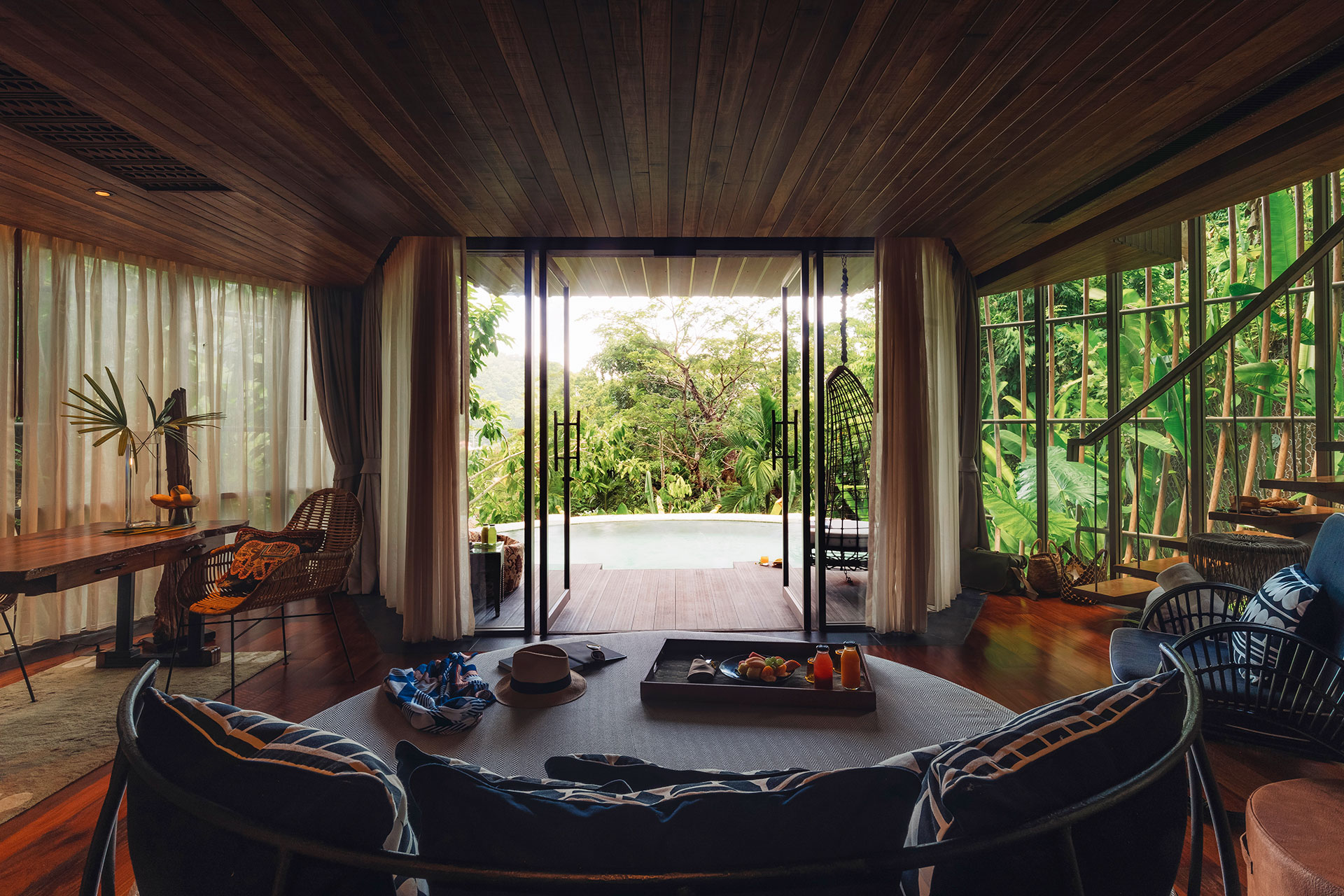 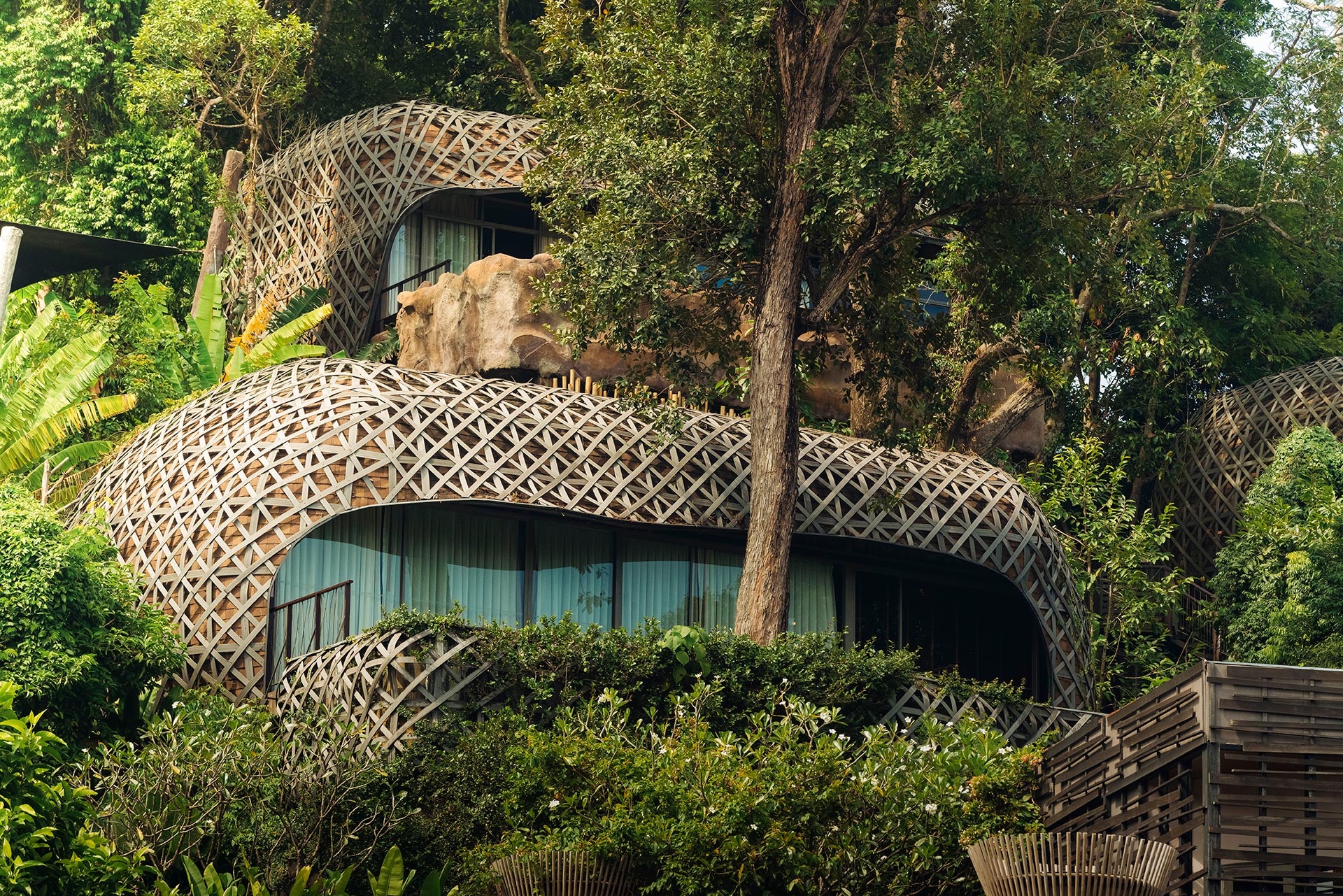 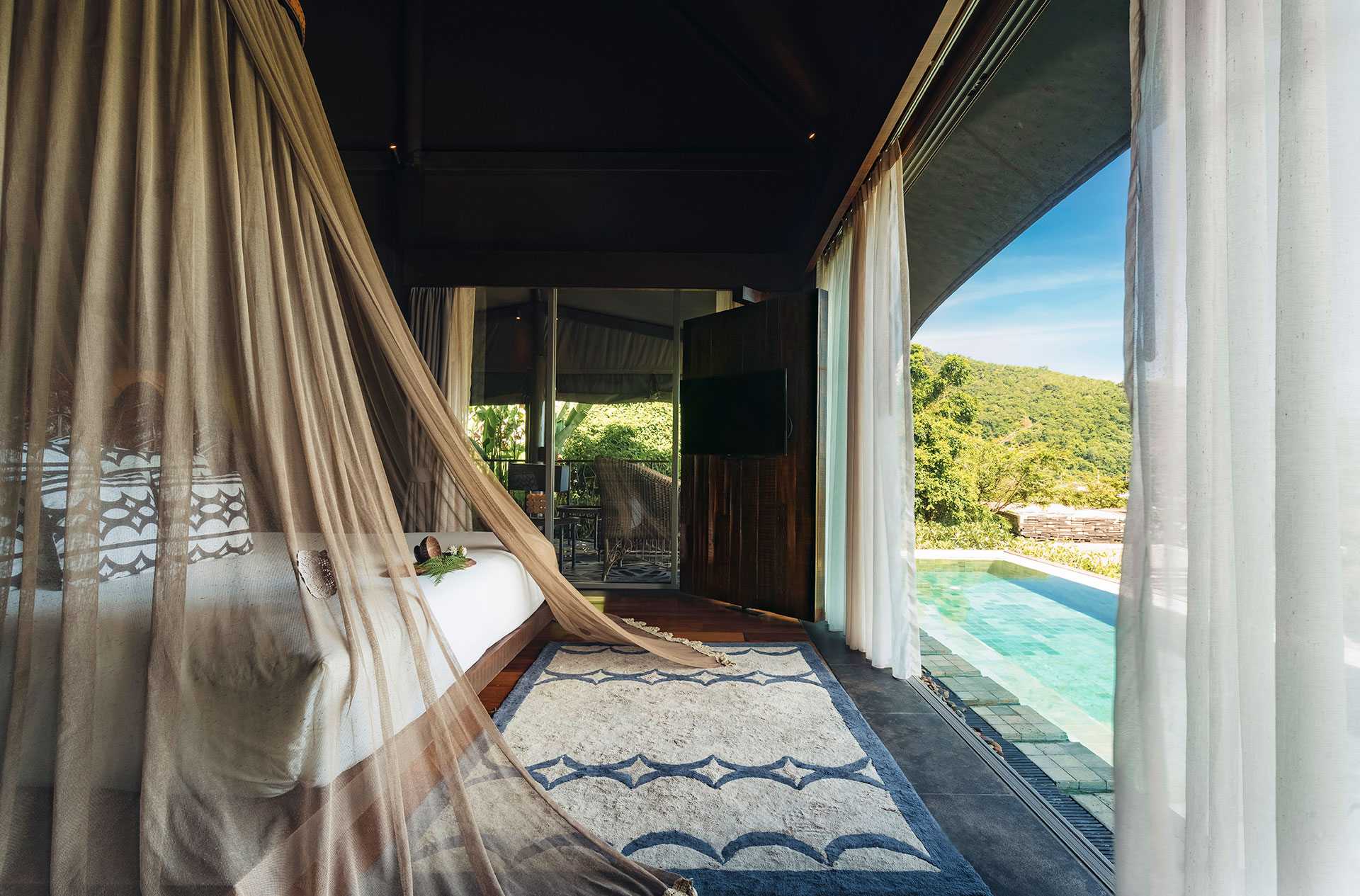 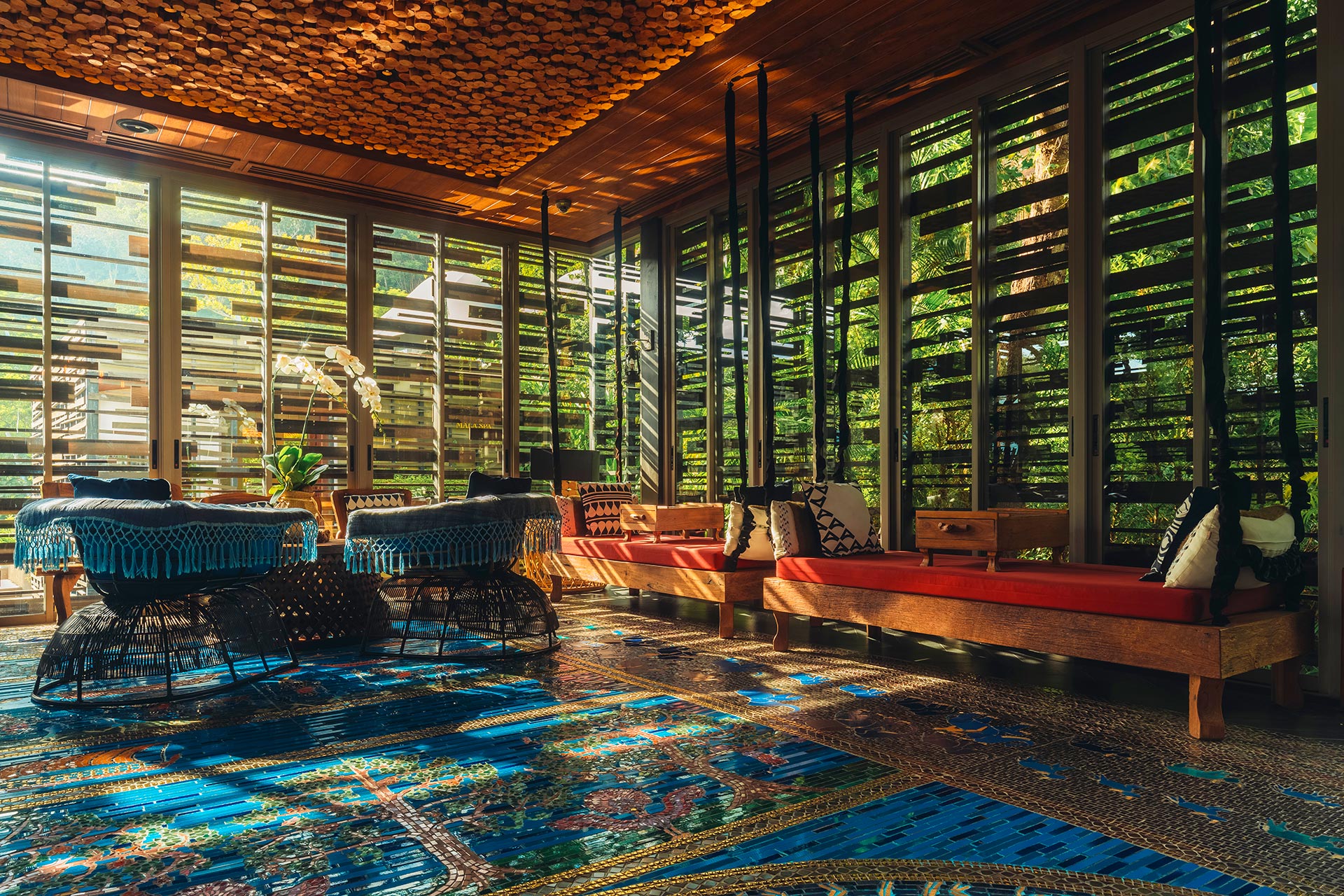 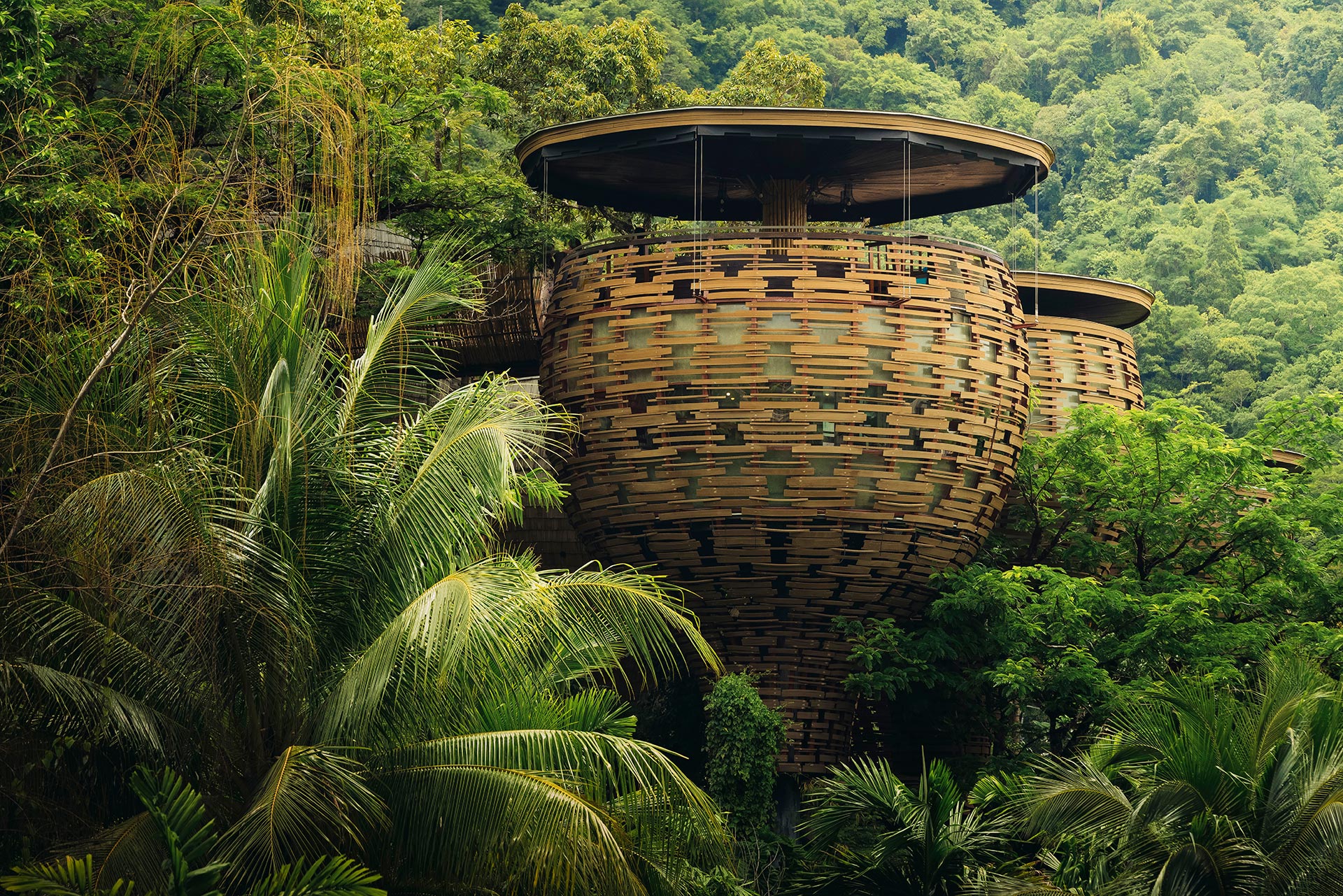 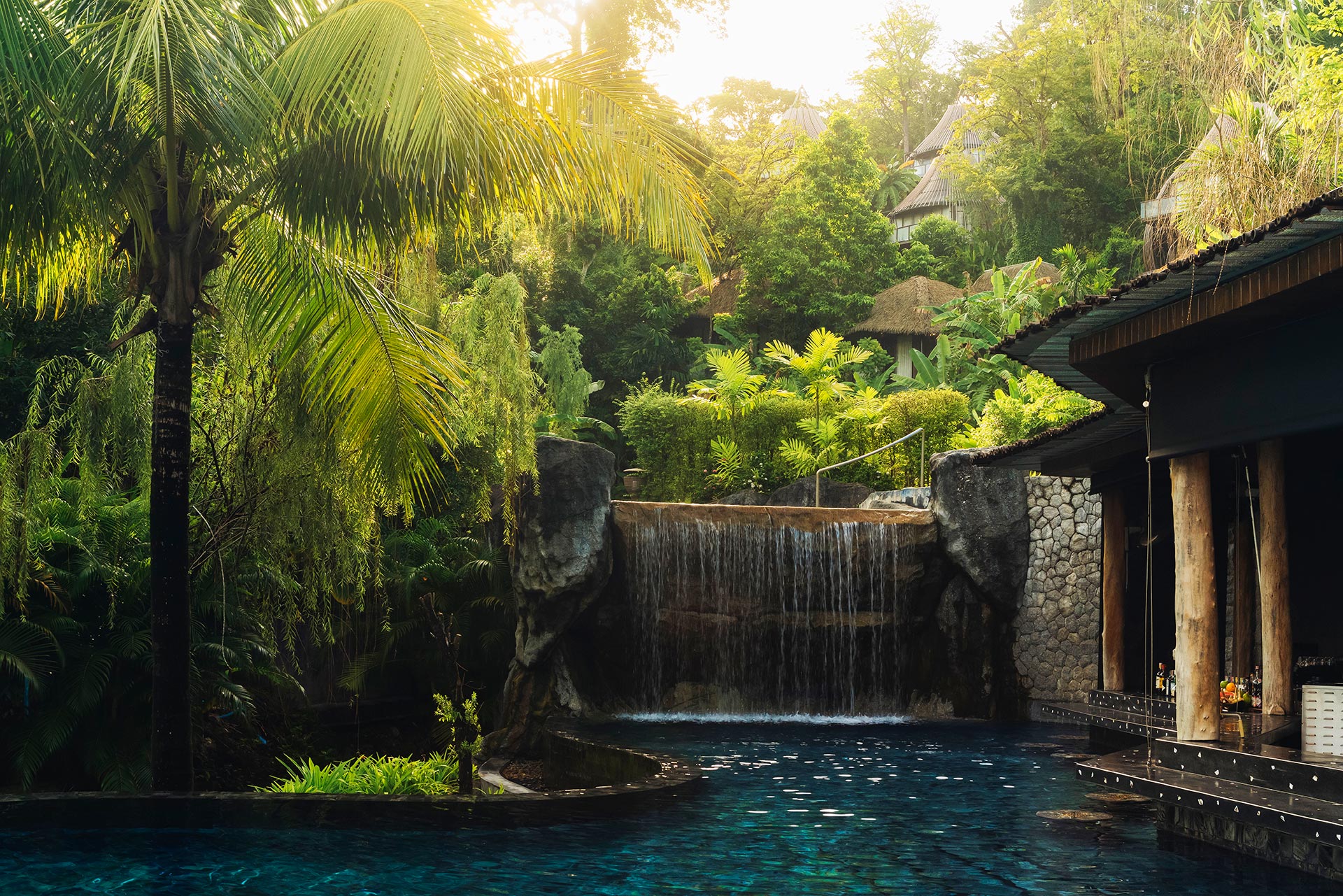 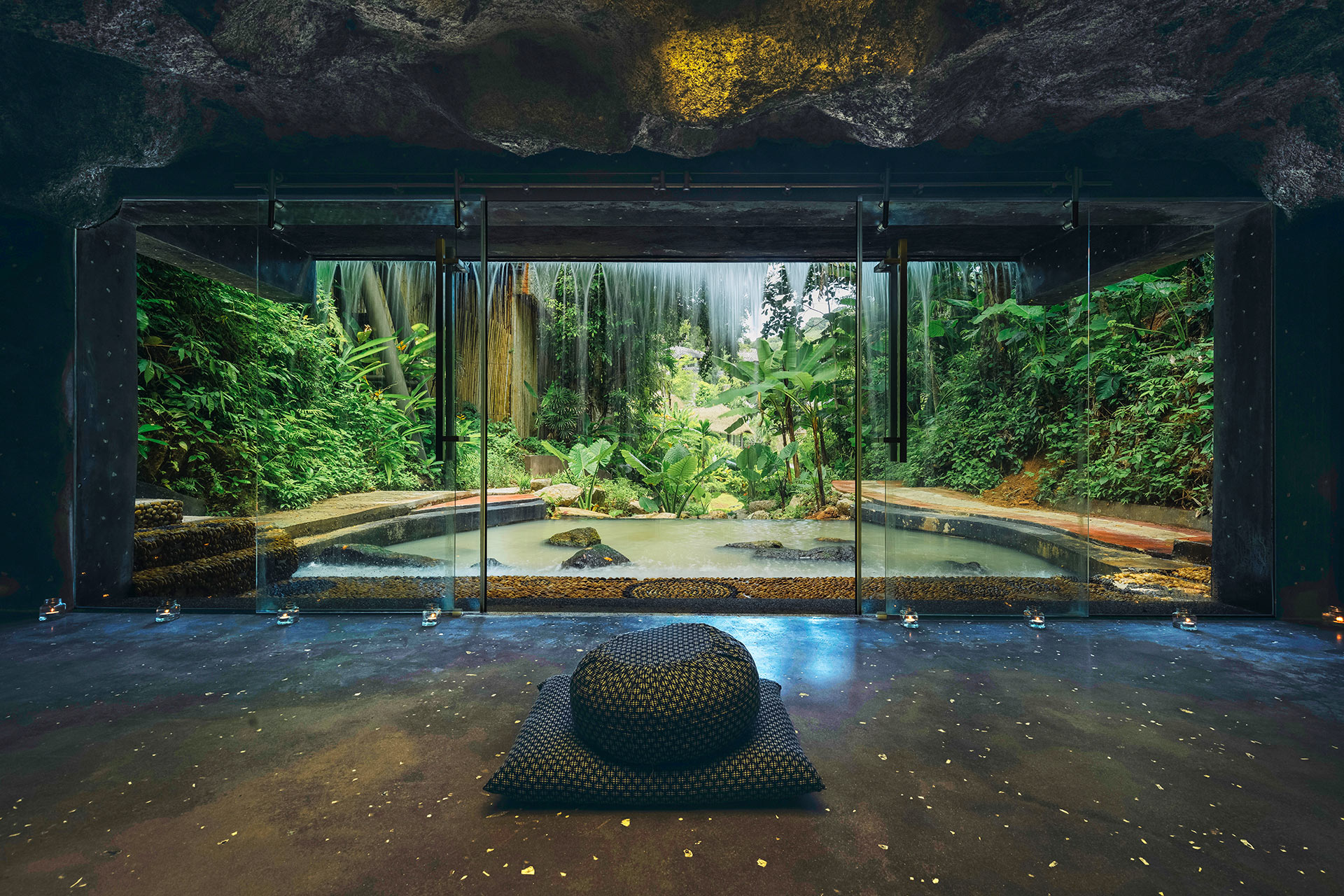 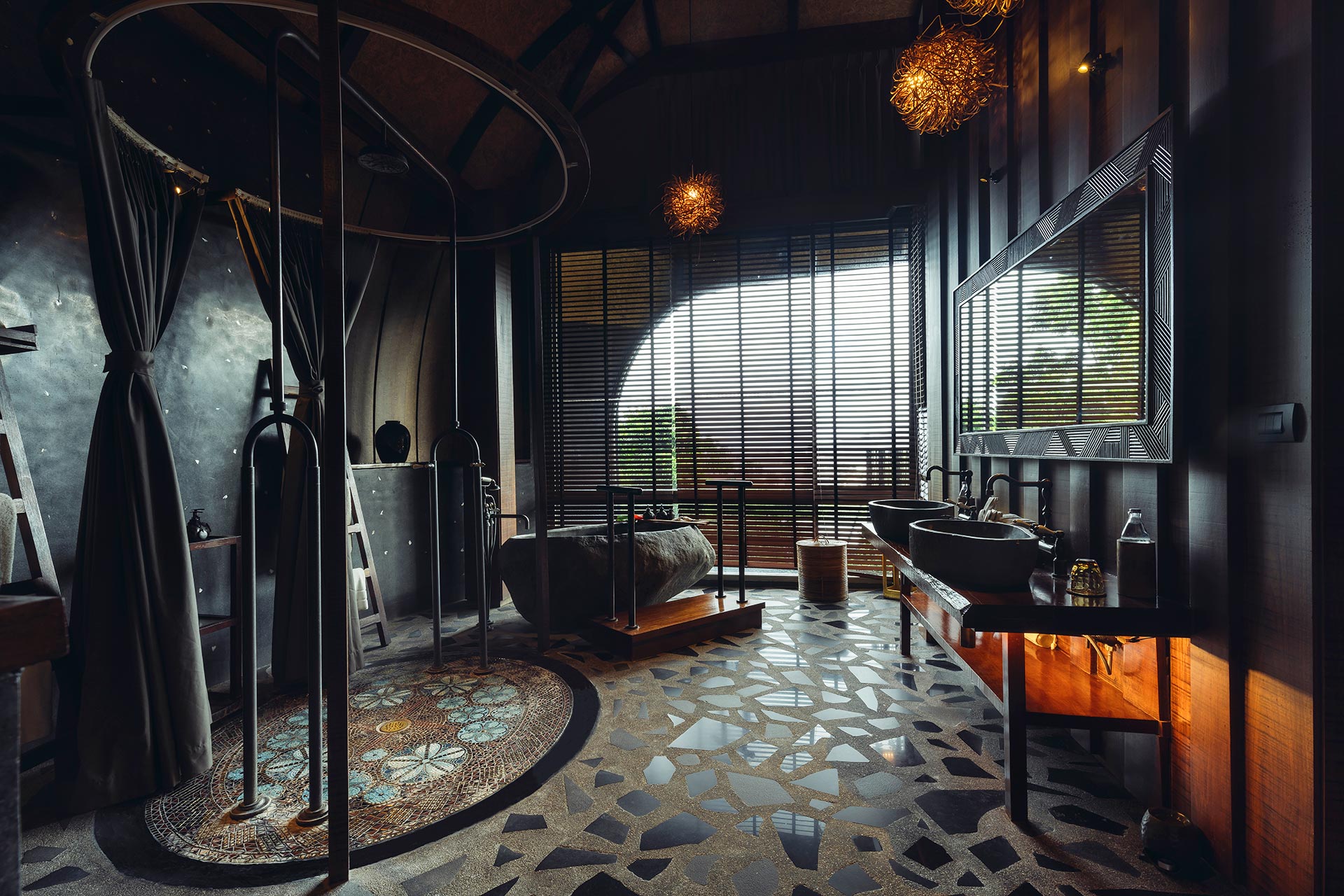 The photos alone tell you why you should visit. The resort is a staggering achievement, with every ingredient specifically chosen and carefully placed. That’s no accident. In speaking to the minds behind Keemala, it becomes clear that this wild, forest-bound fantasyland wouldn’t exist without the legend that ties everything together.

“The brief was to create a living village where guests could immerse in meaningful, unique experiences,” Keemala tells Tablet, of the collaboration between the fourth-generation Phuketian owners and the Thai architect and design team. “As the project got started, the team worked hand in hand with the marketing team” to develop the story — leading to an exacting design and conceptualization. They didn’t have to go far for ideas. “The Earth Clan’s lifestyle and beliefs are based on the life of Phuketians from the pre-mining era,” they explained. And “the actual design of the Clay Pool Cottages was inspired by and pays tribute to one of the owning family’s ancestral properties that was located in Phuket.” Perhaps it’s that deep familial connection that inspired the resort’s even deeper respect for the physical Phuket.

Phuket broke into the worldwide consciousness after tragedy. The tsunami that landed here in 2004 saw devastation and then frantic rebuilding. The New York Times wrote that in “2007 alone, Phuket’s stock of hotel rooms climbed a tenth, contributing to an 11 percent increase in visitors to the island, to more than five million — more than in any year before the tsunami.” The figure cited today is three times that. If Phuket is going to keep building, they’re going to need more imagination.

They could do worse than to look towards the example set by Keemala, fictional or otherwise. 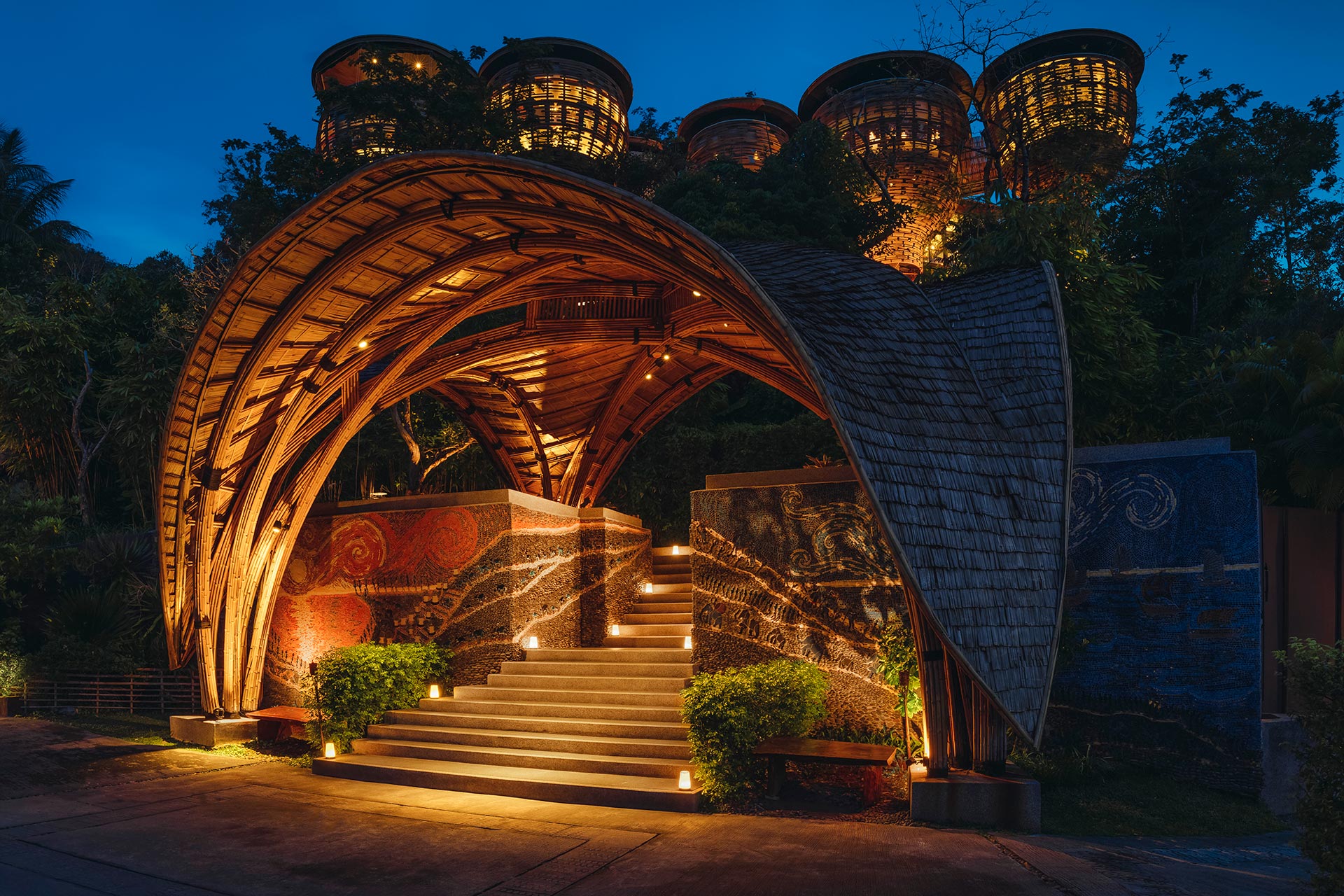