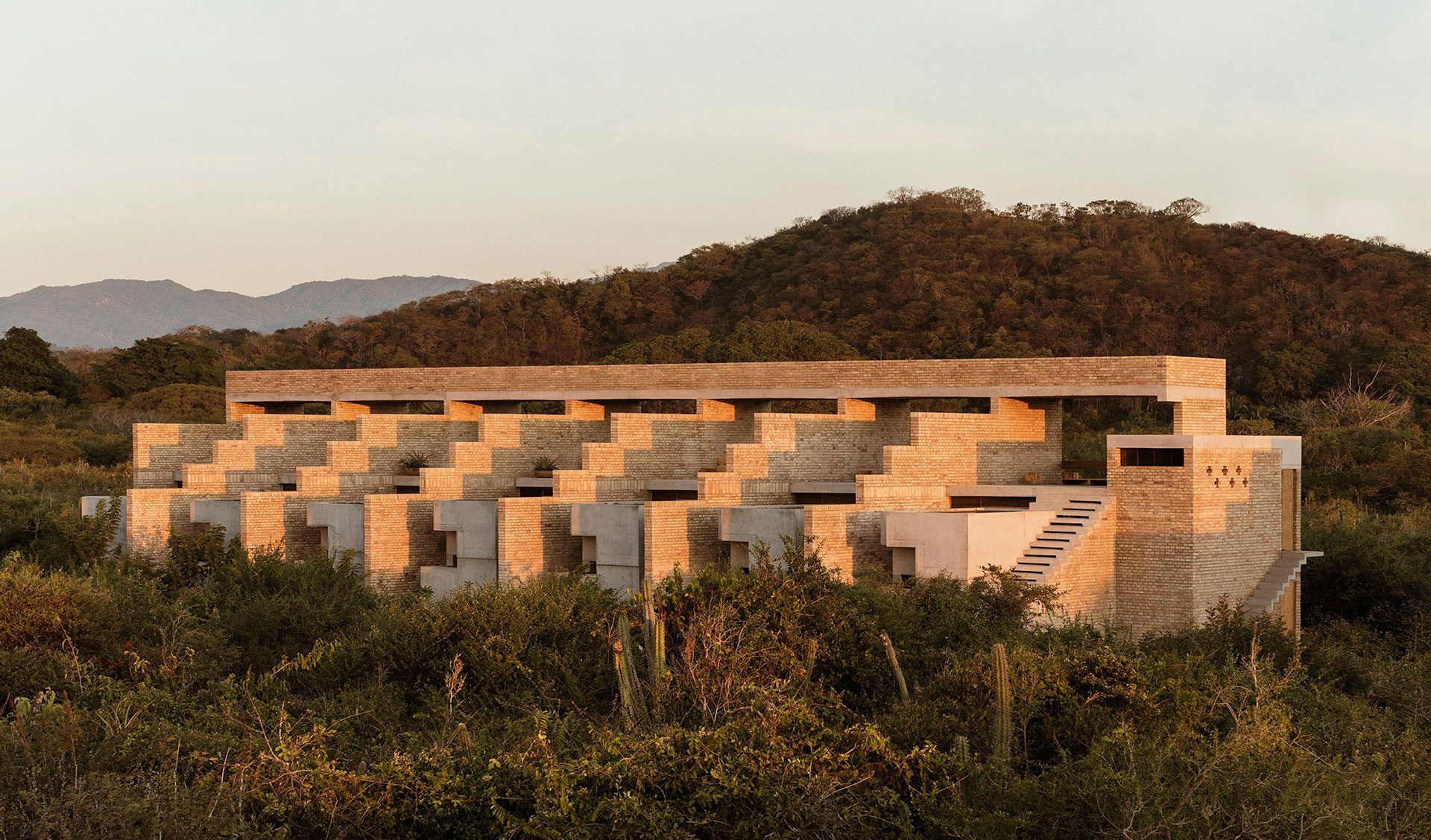 We often imagine what civilizations would look like on other planets. But how would those alien civilizations imagine us? Mexico’s Hotel Terrestre is the answer, and it’s a flattering one.

Hotel Terrestre answers a question that we’re thankful at least one person was asking. Its founder, Carlos Couturier, realized his inspiration for this Oaxacan coastal jungle hotel by wondering how an alien people would imagine we — the terrestres — might live most idyllically in our little world.

Idyllically is the key word here.

What matters most about Hotel Terrestre isn’t the high-concept origin story, but that it’s been conceived as a blueprint for how humans can live enjoyably, responsibly. “Thinking of how aliens would imagine us,” Couturier told Tablet, “we delivered a hotel that could actually be a good example of how ‘terrestres’ should develop earth in the future.” To wit: the hotel is exclusively powered by solar, and all construction materials originated a kilometer or less from the property — a sustainable method that preordained a hotel with plenty of clay, brick, and wood to accompany concrete exteriors.

Terrestre is an exaltation of natural Oaxaca. Its pale, earth-toned buildings are tucked respectfully into the brush just a stone’s throw from Mexico’s southwestern coast. The hotel isn’t far from Puerto Escondido, a small, bohemian surfer’s getaway, but it’s far enough. The only sounds are the waves from the sea. These brutalist structures have been open less than a year, and already they’ve won accolades. But if a dazed hiker stumbled out of the woods, he might think he’d discovered an advanced Aztec settlement that had continued thriving into the modern day — without all the modern waste. 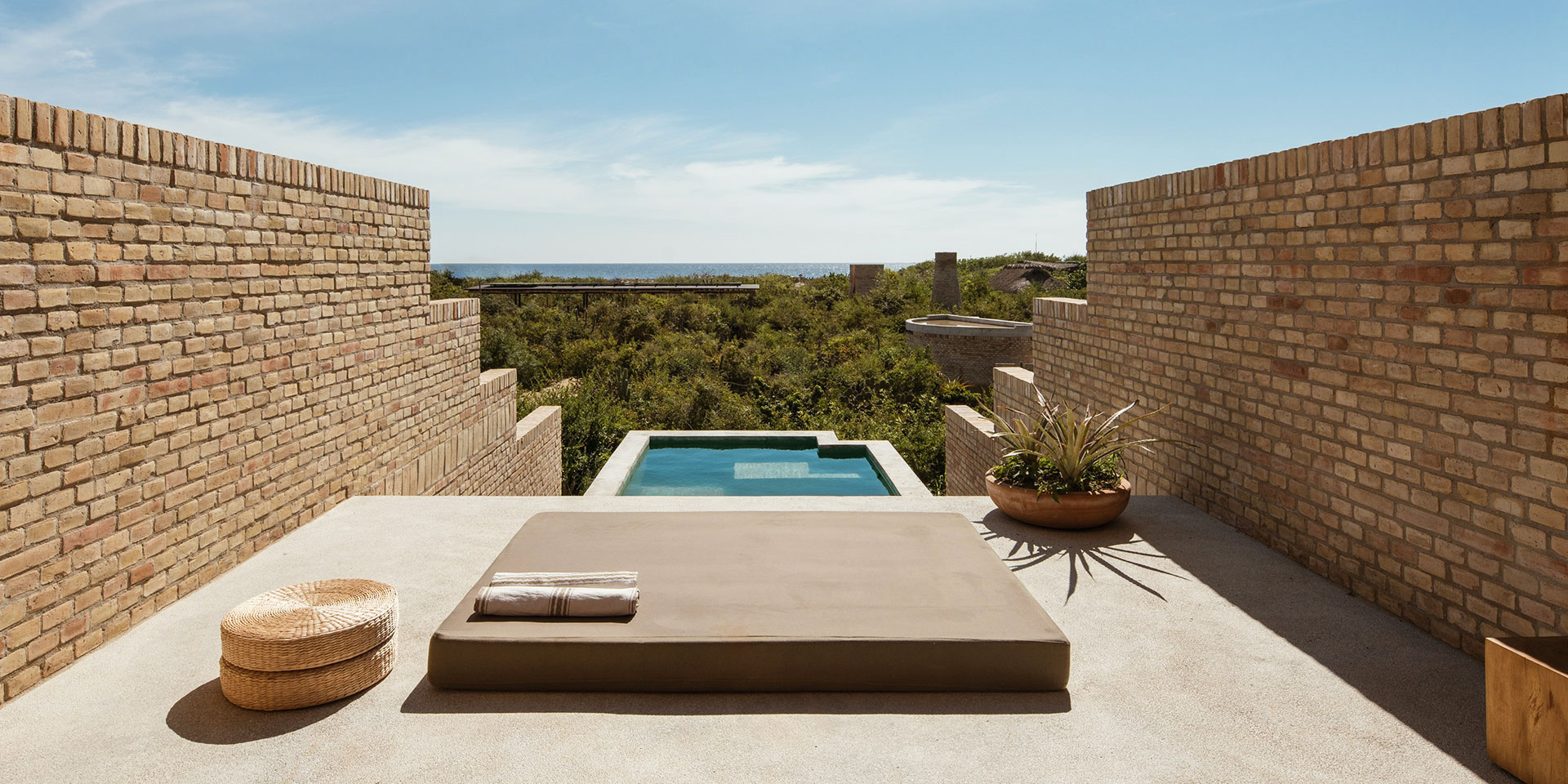 For all the futuristic talk of alien civilizations, Hotel Terrestre could just as easily be a nod to the past. The relentlessly geometric patterns and staircase-like dividers between each rooftop — along with the obsessive use of local materials — give the impression of a ruin you might find elsewhere in the country. The hotel could blend right into the archaeological sites at Santa Cecilia Acatitlan outside Mexico City or Monte Alban in Oaxaca.

The difference, of course, is the extraterrestrial luxury. Fourteen nearly identical rooms form a kind of hive nestled into the earth. There are no room types. Each has a private rooftop pool level with the tree line, while downstairs a garden terrace gazes towards the mountains. Inside, the team integrated the interior design with the architecture, meshing the use of clay and sand with handmade Mexican furniture. Hammocks and lounge areas, infused with incense smell of copal, abound around slatted doors and windows that eliminate the need for mechanical air-conditioning.

Elsewhere on the property, a “sculptural structure” holds the hot and cold baths of the seven-chamber hammam. The restaurant builds on the completely sustainable mission, converting local produce into Mexican and Mediterranean dishes. And while you could spend all day between the different levels of your room, the hotel encourages hiking, bird watching, surfing. If you’re lucky, you’ll witness the phenomenon of bioluminescence in Puerto Escondido’s Laguna de Manialtepec. 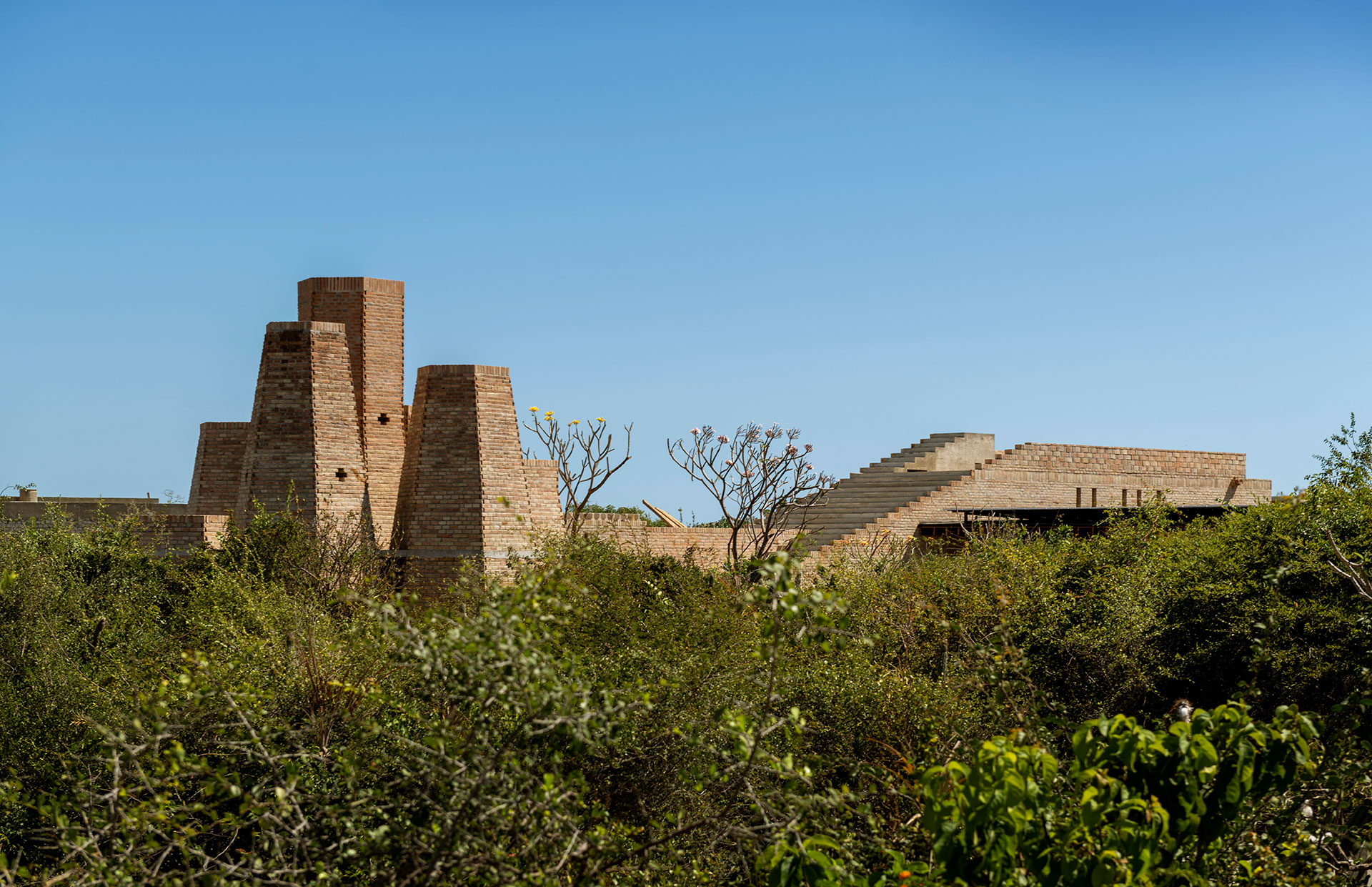 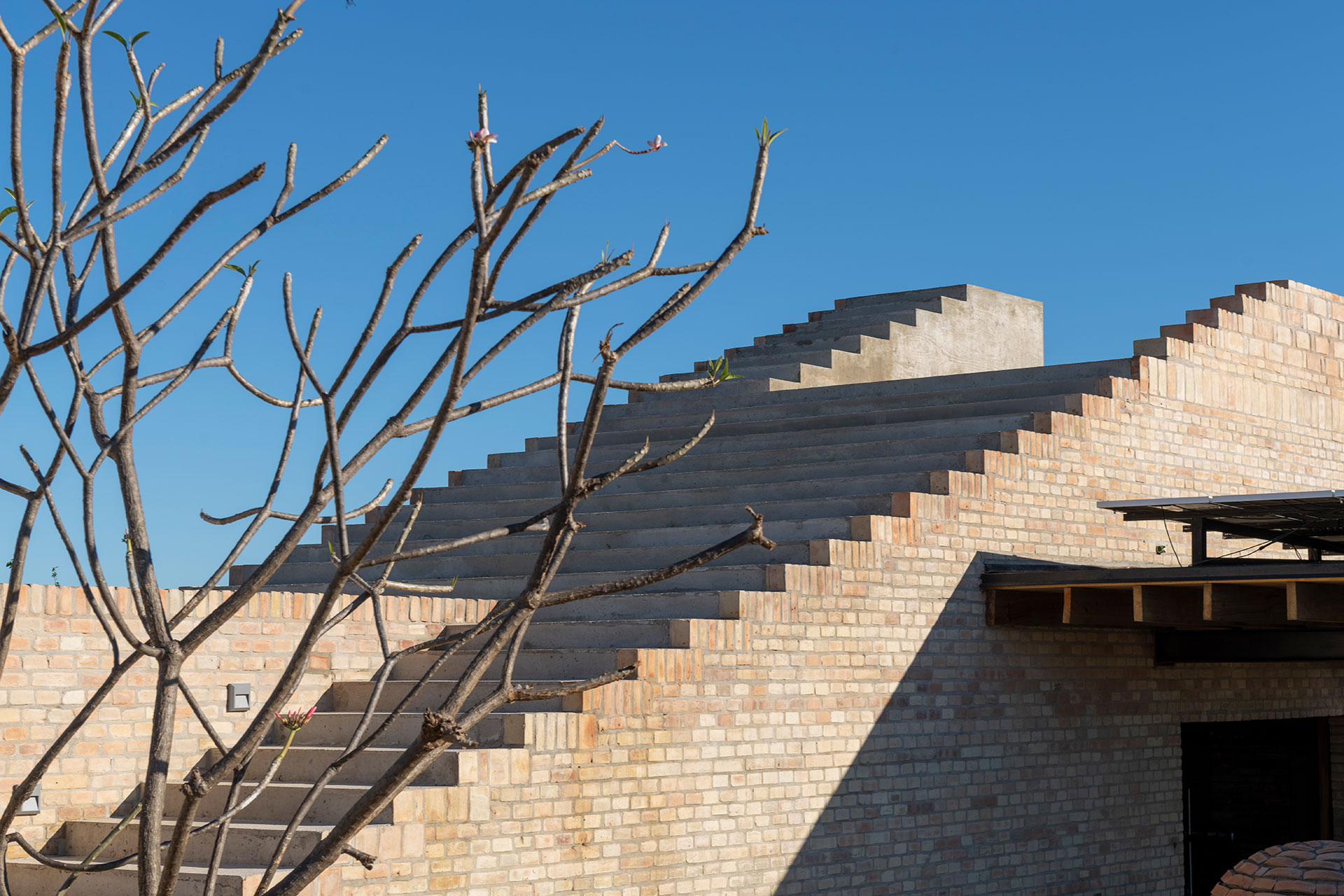 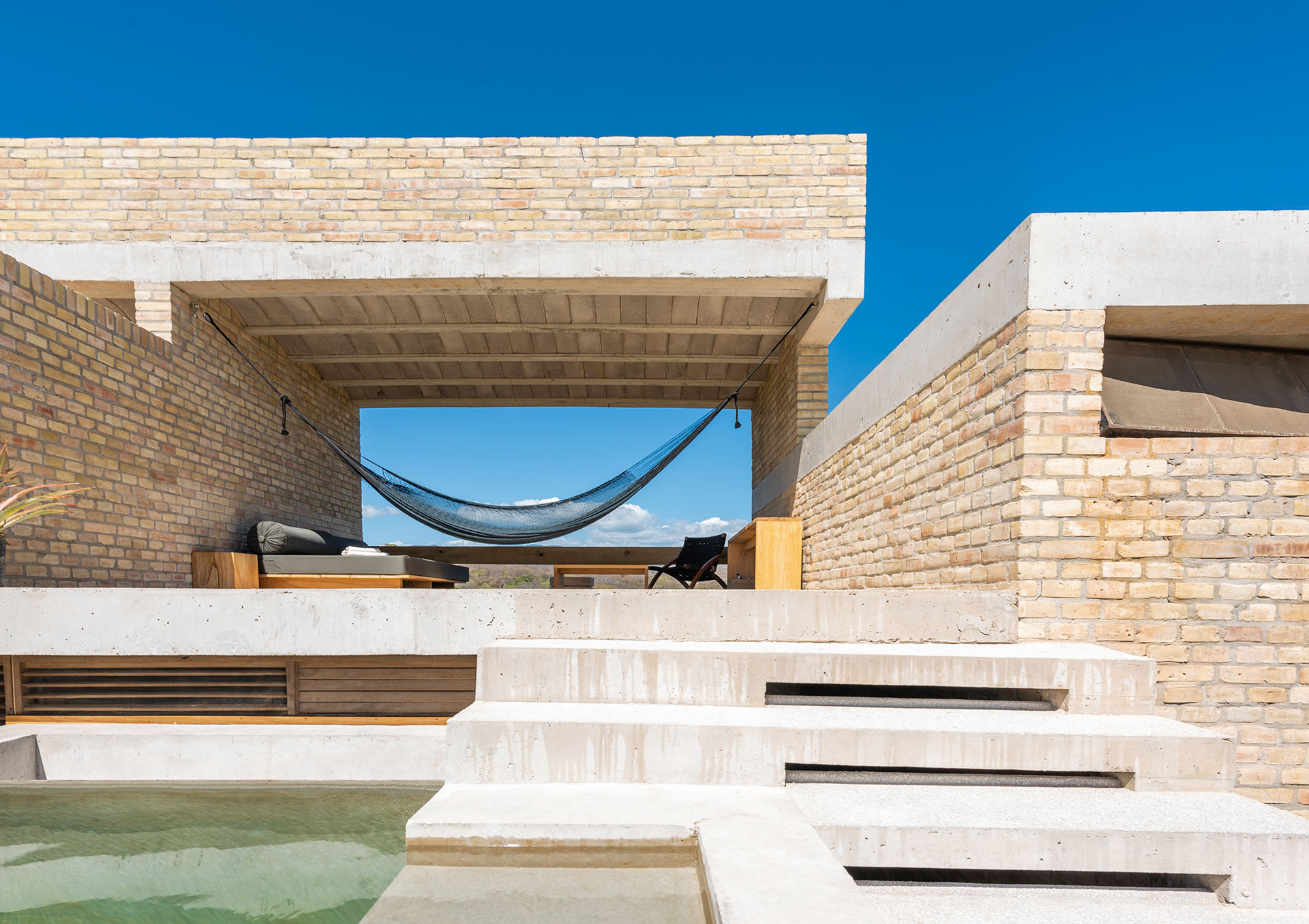 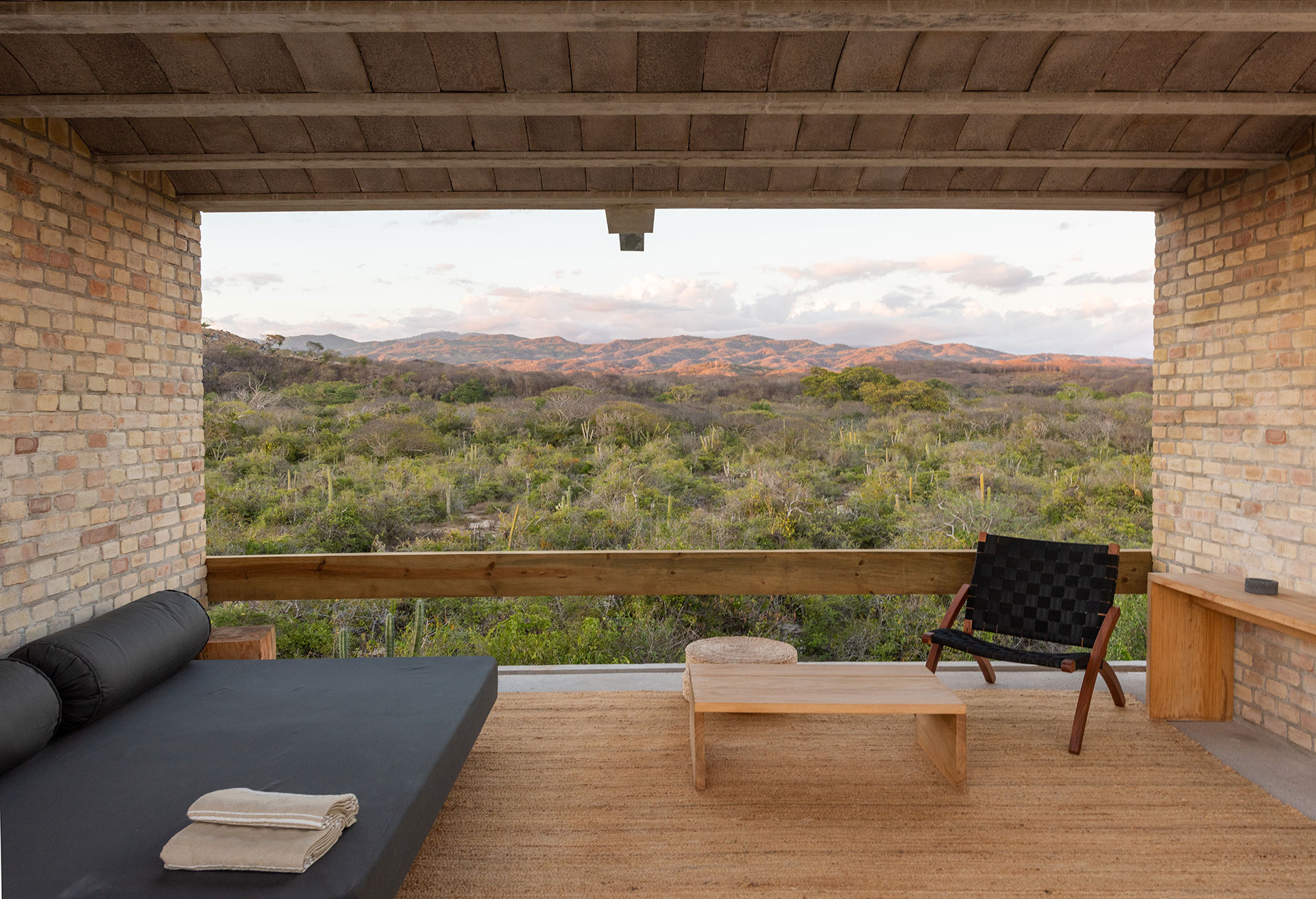 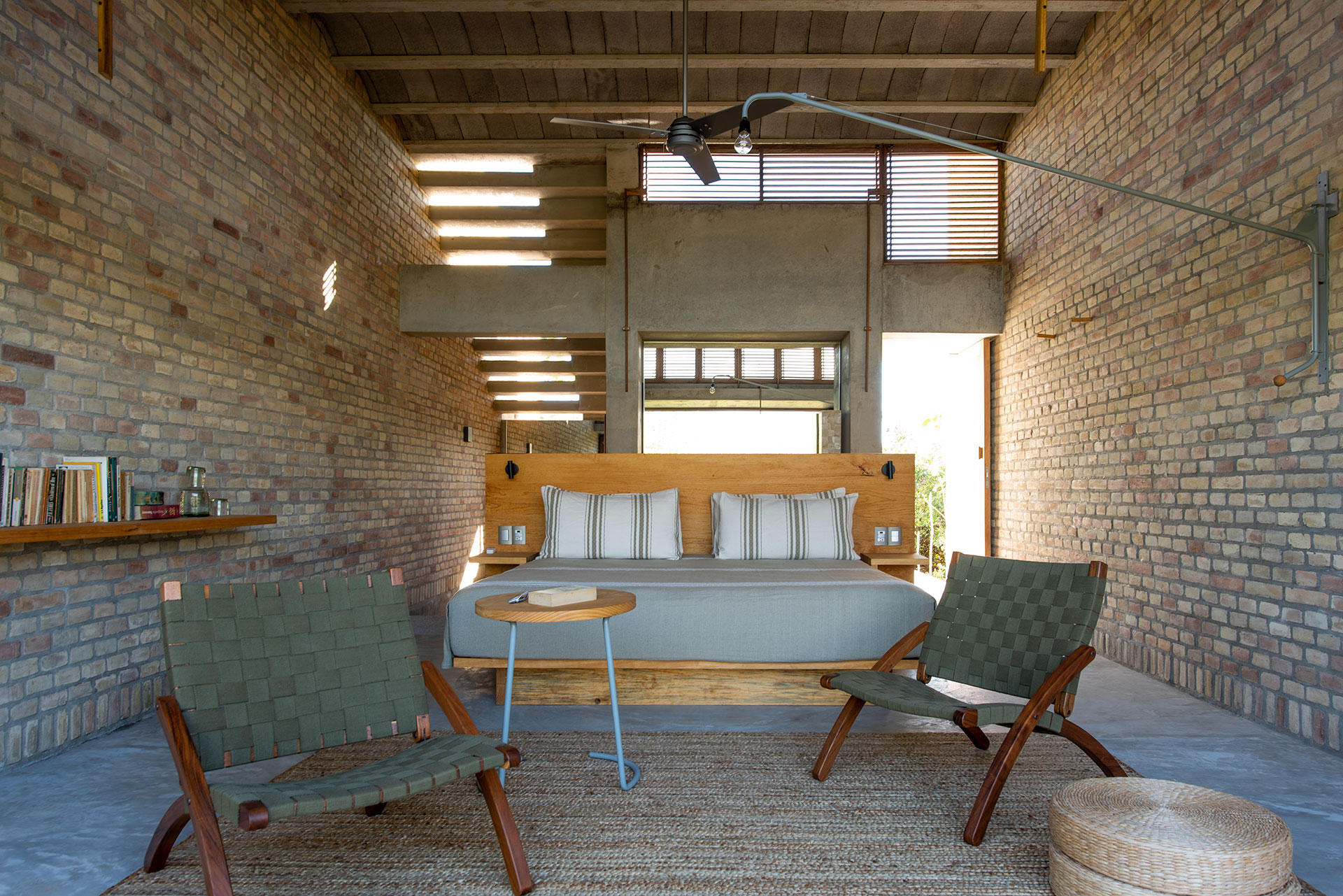 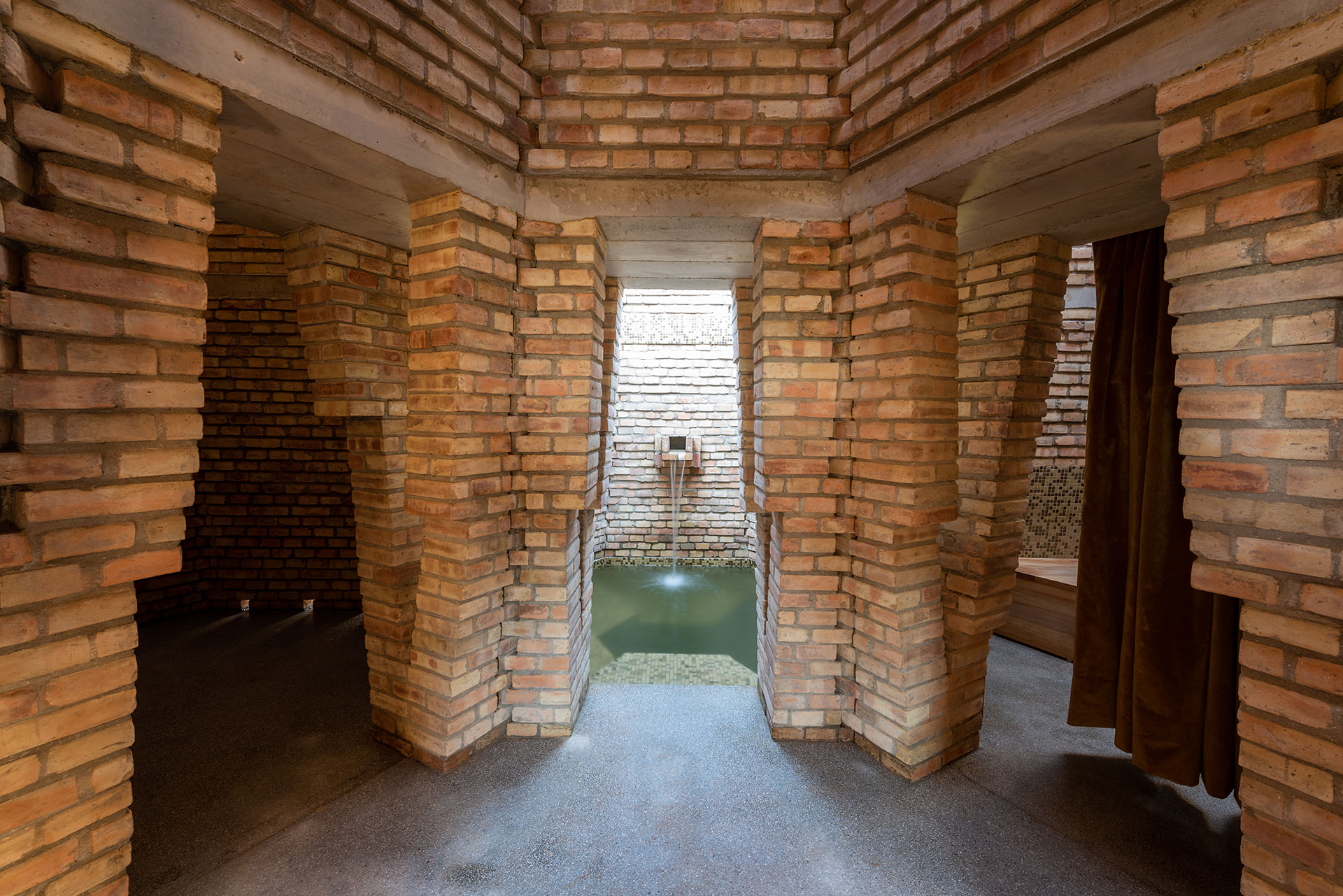 As we wrote when the property joined Tablet, Hotel Terrestre is a landmark on the Mexican hospitality scene, and if we didn’t know we would have guessed that Grupo Habita were behind it. They are without a doubt among the most creative and accomplished hoteliers to work in Mexico. In Terrestre, their partnership with architect Alberto Kalach immediately earned them Wallpaper’s Design Award for 2022. But it’s not just design — the goal for Grupo Habita is often to draw travelers to a more-or-less ignored location. “Oaxaca is completely different,” Couturier said upon Terrestre’s launch. “It is a destination already.”

In fact, zoom into the specific stretch of coast less than an hour outside Puerto Escondido and there’s a number of high-design buildings and trendy restaurants within minutes of each other. Casa Wabi, designed by Pritzker winner Tadao Ando, is the sprawling nonprofit arts center that perhaps began the cultural wave here. Today, there are houses by lauded architects to go with the Kalach-designed Kakurega Omakase restaurant, small-batch mezcalerias like Cobarde, and another Grupo Habita property, Hotel Escondido.

“I would say the experience of arriving at Hotel Terrestre starts on the flight to Puerto Escondido,” explains Couturier. “The crowd on the plane seems out of another world. Surfers, Mexican families, yogis, models, and more surfers. Tattoos everywhere.”

There’s no more fitting location for a highly experimental hotel. But this isn’t an Oaxacan New York City. On the whole, promises Couturier, the home of Hotel Terrestre “has changed very little. It is still isolated, protected, wild… a piece of ‘terrestrial’ paradise.” Silence is always an important part of the medley of flavors at a Habita hotel, and the “deconnection” here is no different. At Hotel Terrestre, “we expect for this stretch of coast to stay as untouched as possible.” It’s what drew this alien experiment in the first place. 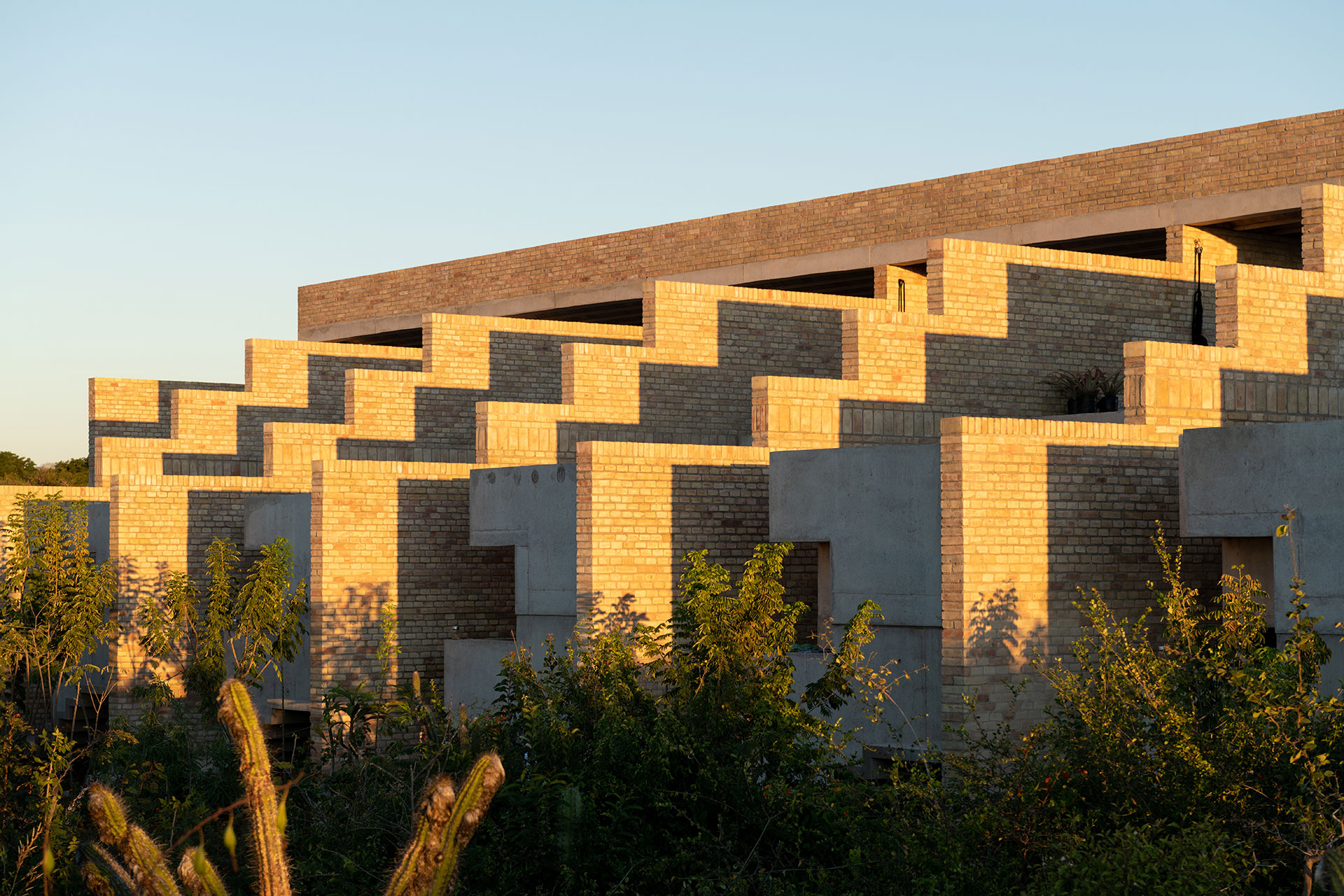