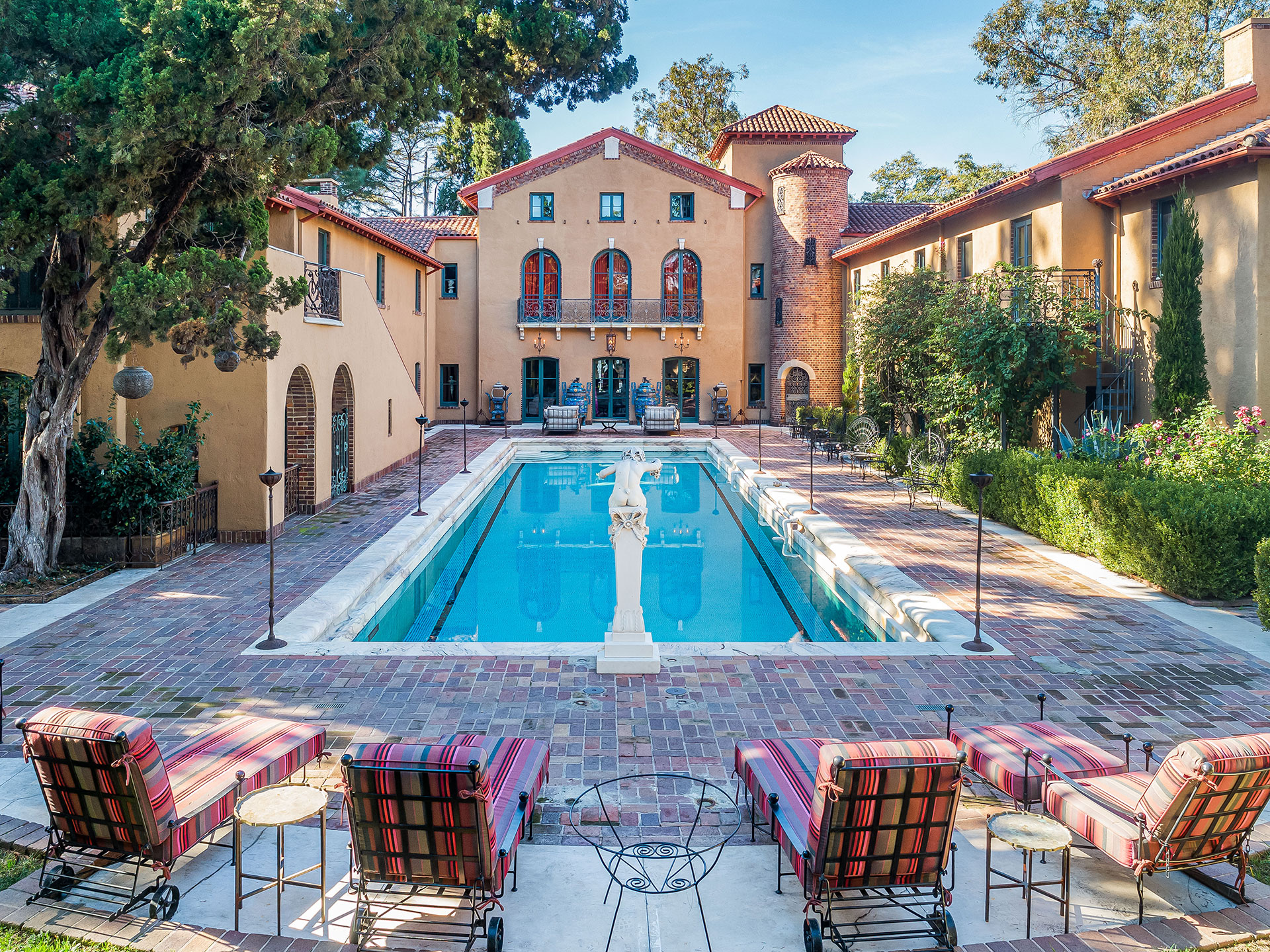 In 1998, designer Dana Hollister bought an aging but iconic mansion in Los Angeles. In the years since, she’s painstakingly restored its Roaring Twenties magnificence — and opened it to guests, as the Paramour Estate.

Oil heiress Daisy Canfield died on a foggy February night in 1933. Her car, driven by a young companion, failed to navigate a sharp turn on Mulholland Drive in Los Angeles. It broke through the wooden guard rails and plunged over a cliff, settling down in a canyon some 300 feet below. The driver miraculously survived. Daisy’s wealth went to her husband, silent film star Antonio Moreno, from whom she had separated from only weeks before.

Hollywood’s early years are remembered as much for their salacious tragedies as for their glitz and glamour. It’s a seductive era, and everything from the movie premieres to the vehicular misadventures has continued to capture the public imagination. The mansion Ms. Canfield left behind — now open to guests — is no exception.

Today, the Paramour Estate is a sprawling collection of undeniably stylish suites and cottages that overlook LA’s hip, Hollywood-adjacent Silver Lake neighborhood. What you might first notice about the Paramour are its colors, a rainbow of them reaching through every room, freeing our perception of Golden Age Hollywood from its silvery prison. Far from the cool distance evoked by black-and-white photography, there is an exceedingly tangible warmth here, and it’s all due to the efforts of superstar designer Dana Hollister. 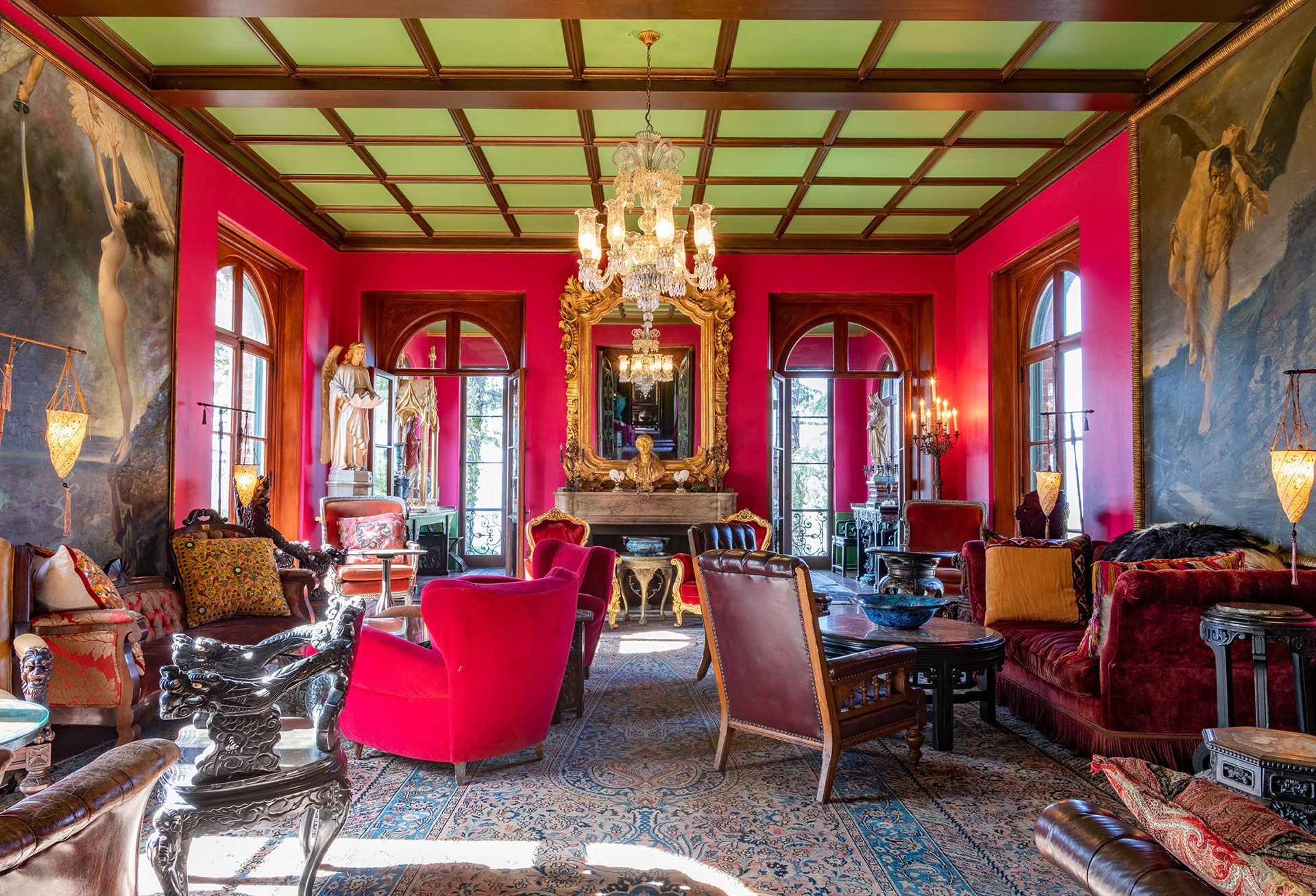 These days, Hollister has the new Paramour looking very much like the old Canfield-Moreno Estate. To her, it’s both a time capsule and a canvas for visiting artists and musicians who choose it as the backdrop for movies, photo shoots, and recordings. For the rest of us, it’s a one-of-a-kind estate towering over the city from within, where views of the ocean, soaring owls, and diving hawks make it feel almost like the country, despite being only a fifteen-minute drive from downtown.

A city’s earliest buildings can inspire something like a spiritual sentiment in its visitors. The Paramour Estate has roots in the very origins of this town, so it’s not jarring to hear Hollister talk about it like a creature with its own desires. Daisy Canfield’s father, oil magnate Charles Canfield, helped lead the rush here for black gold, and Daisy’s inheritance matched his stature. Together with her matinée-idol husband, they hired the preeminent architect of the time and place, Robert Farquhar — a man who would later have a hand in designing the Pentagon — to translate their recent European pleasure tour into a worldly home fit for old money.

Hollister took over in 1998, and she couldn’t strip away the wall-to-wall carpet and hanging fluorescent lights fast enough. Her work revealed and highlighted the home’s original foundations. The Italian-inspired ceiling, the French doors and spiral staircase, the walnut floors and pink marble. The interim owners — the Sisters of the Immaculate Conception — hadn’t made many structural changes to the estate during its operation as a convent and home for girls. Still, for Hollister, the hardest work was in taking it all back to its origins. Hence her almost paranormal inkling that bringing in period furniture and antiques had the house “going back in time… and then all of a sudden it just seemed right.”

“It’s kind of an odd thing to say,” she notes, “but that’s really what I strived to do — to make it feel like there was a little bit of time travel.” 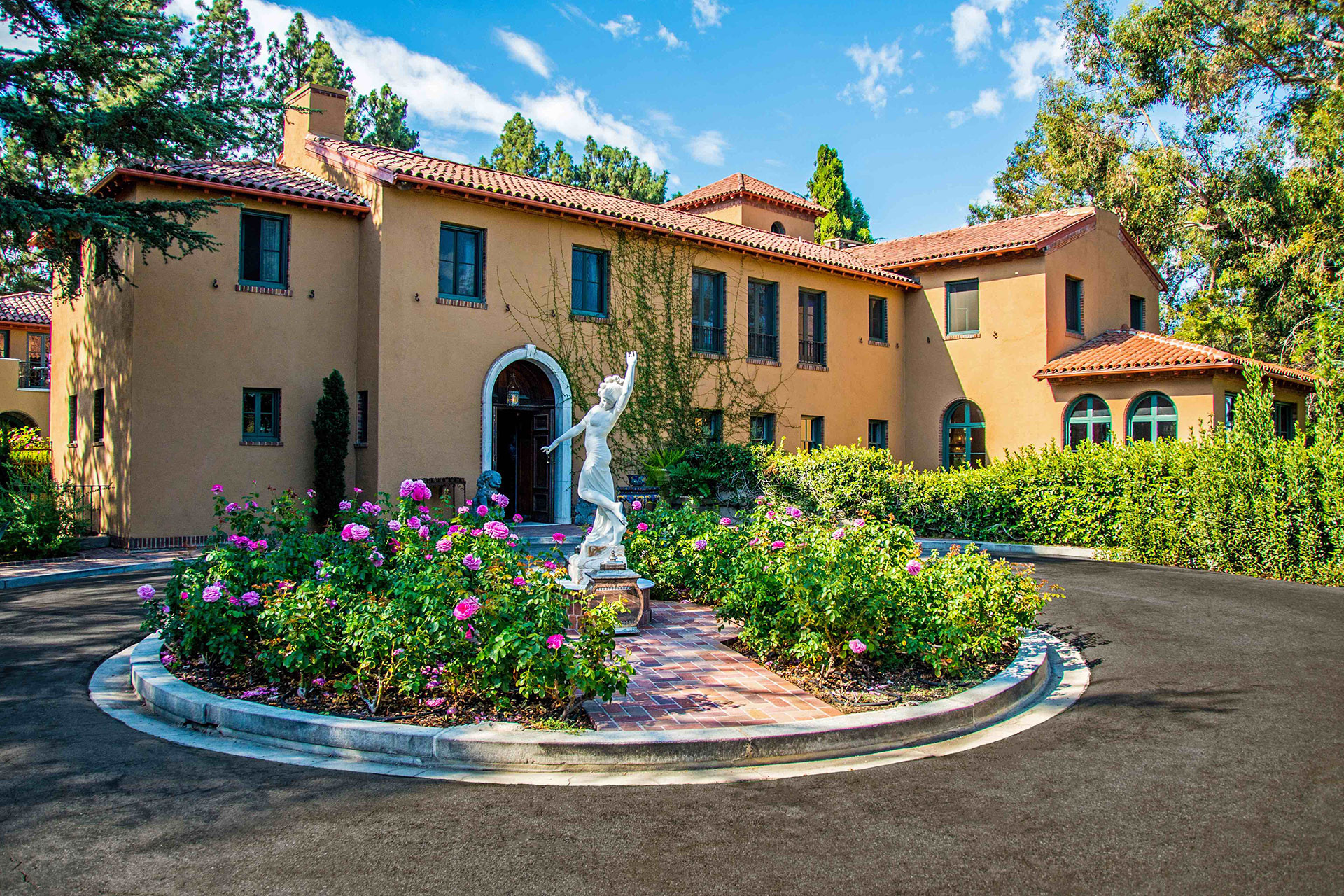 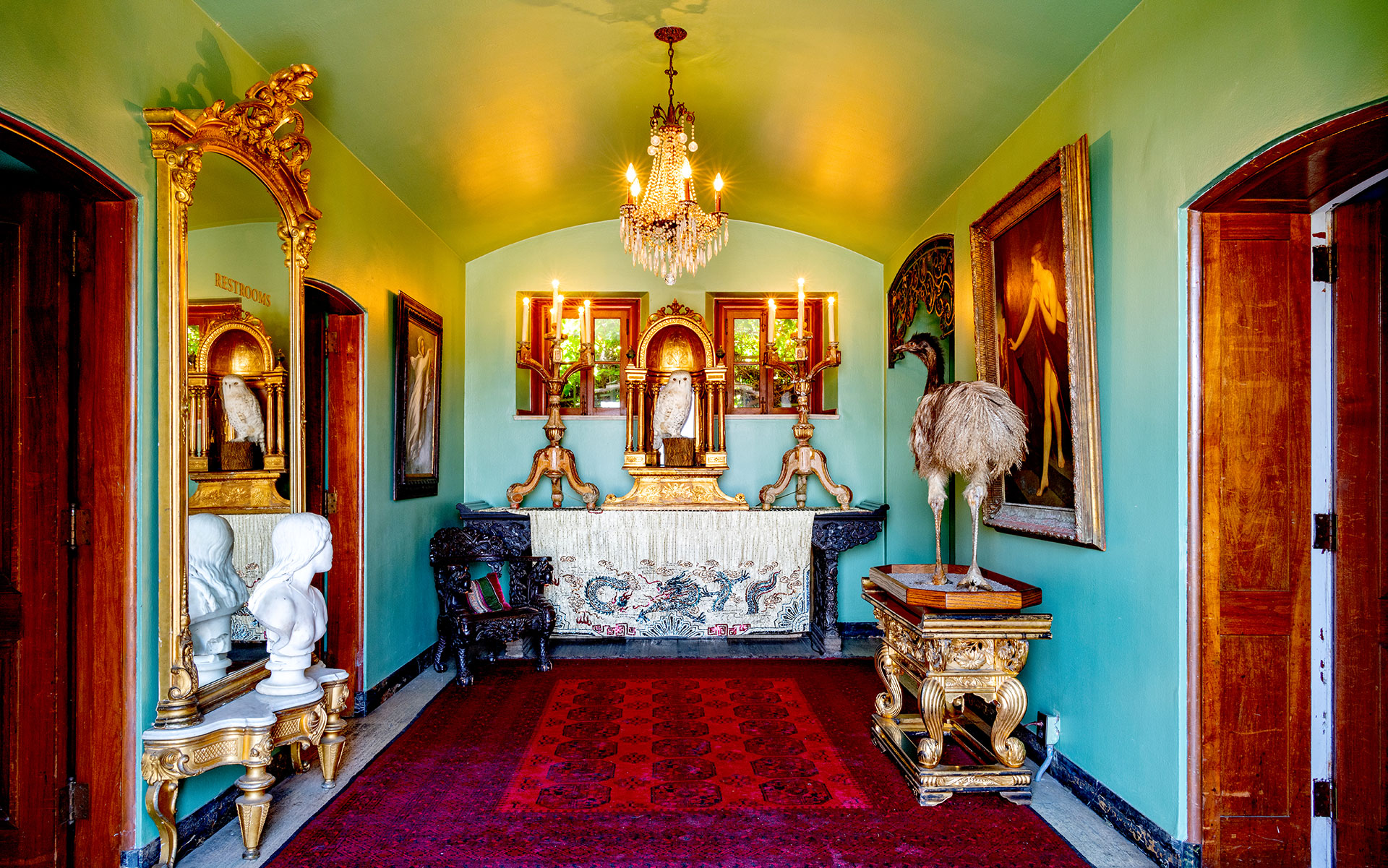 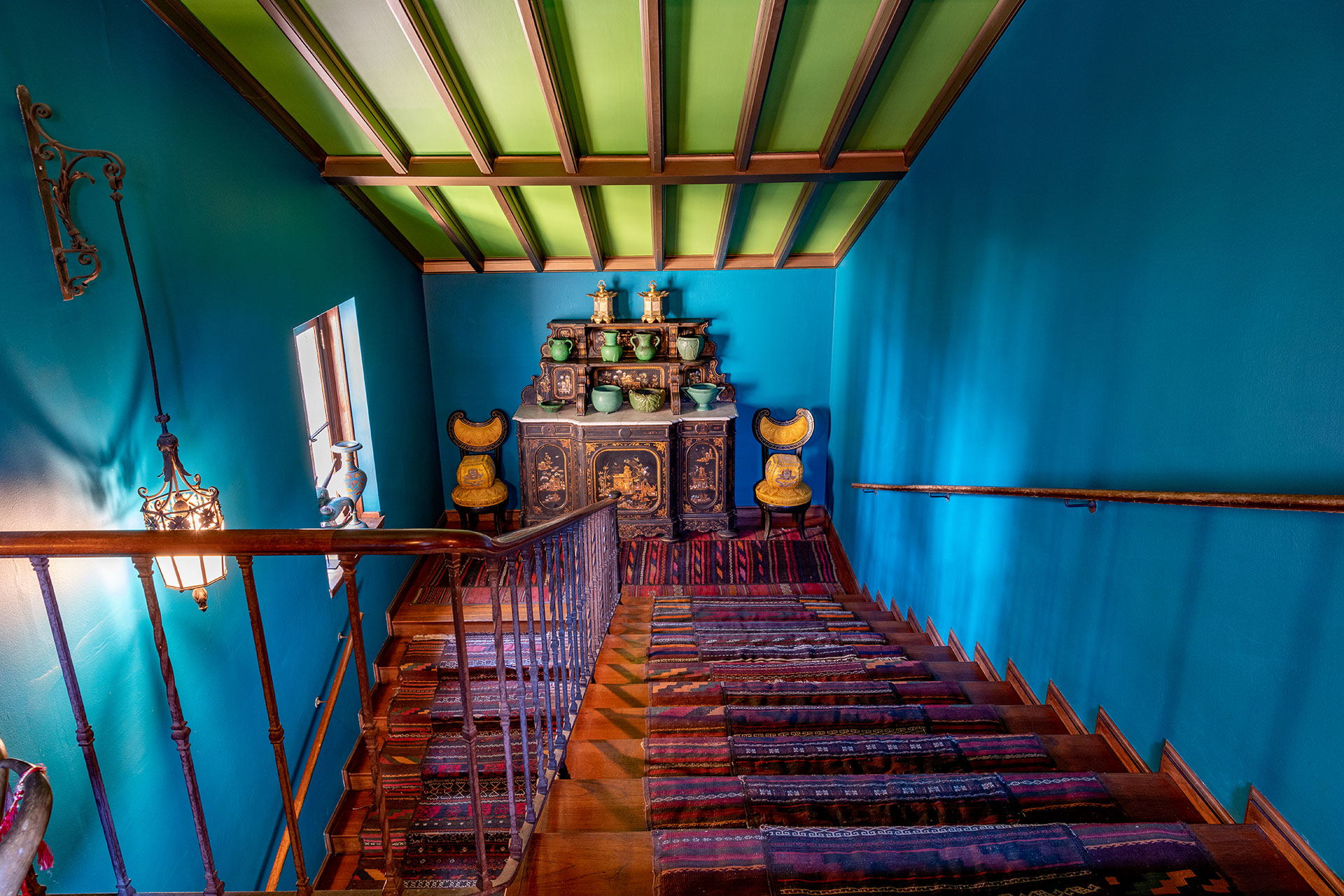 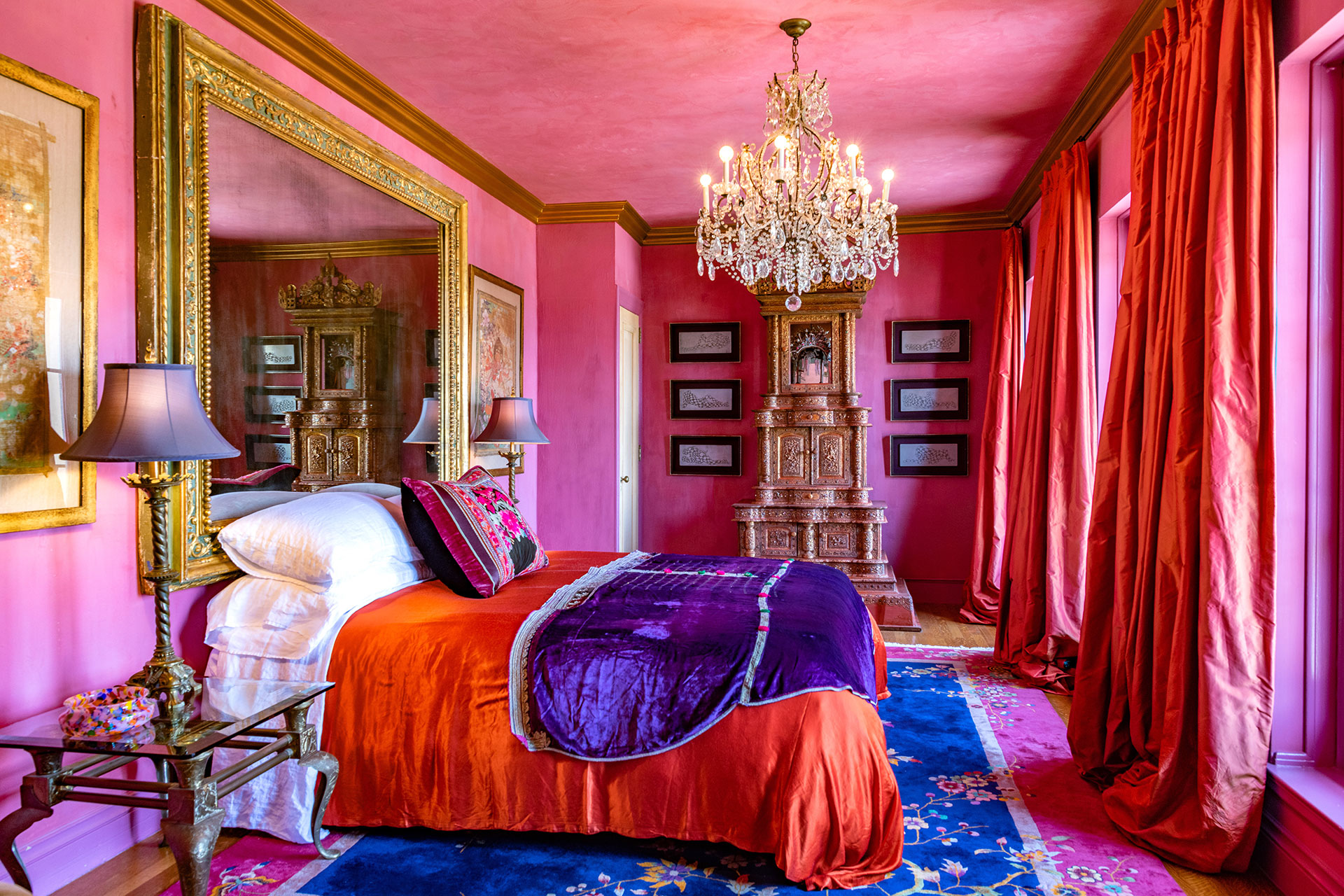 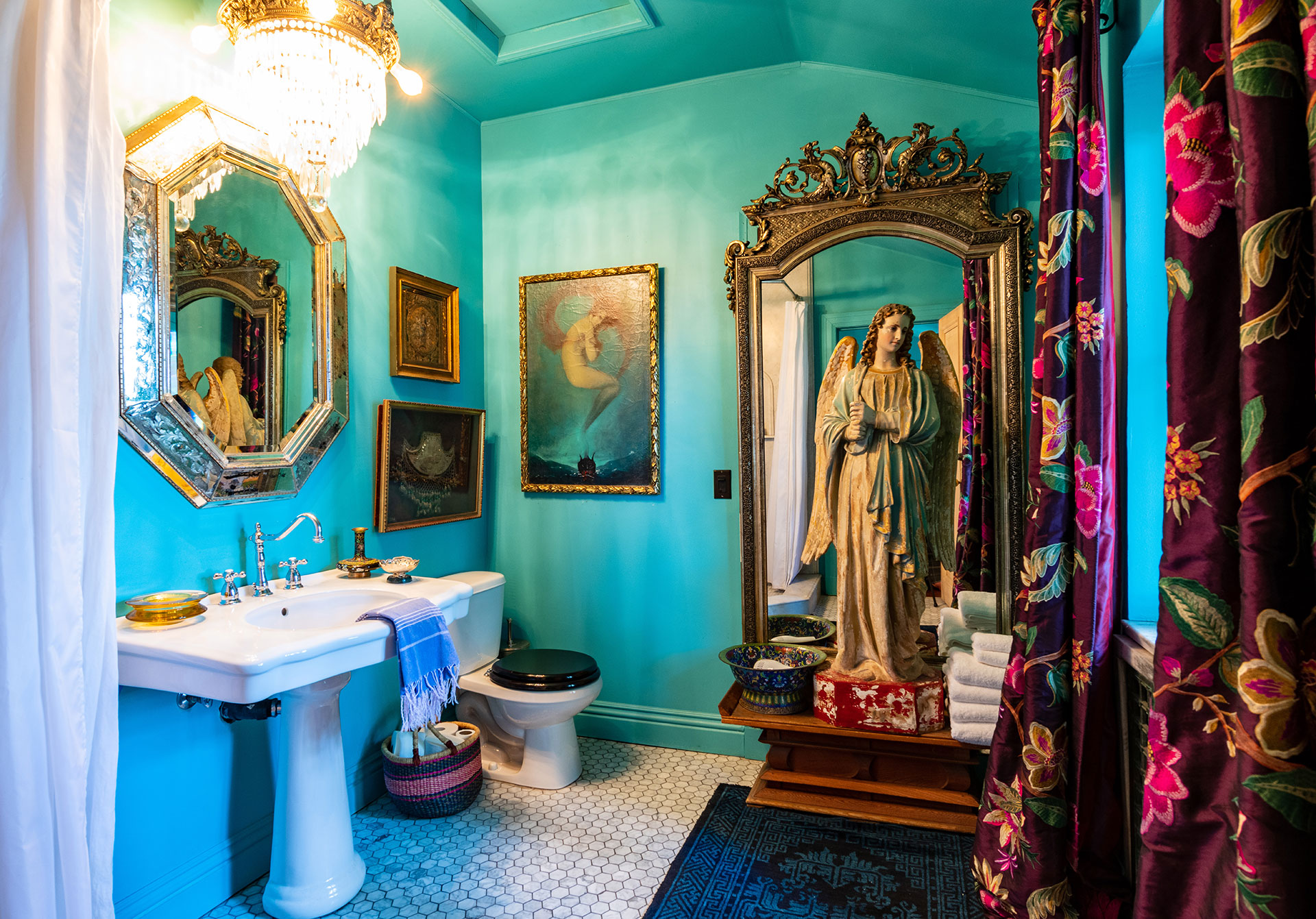 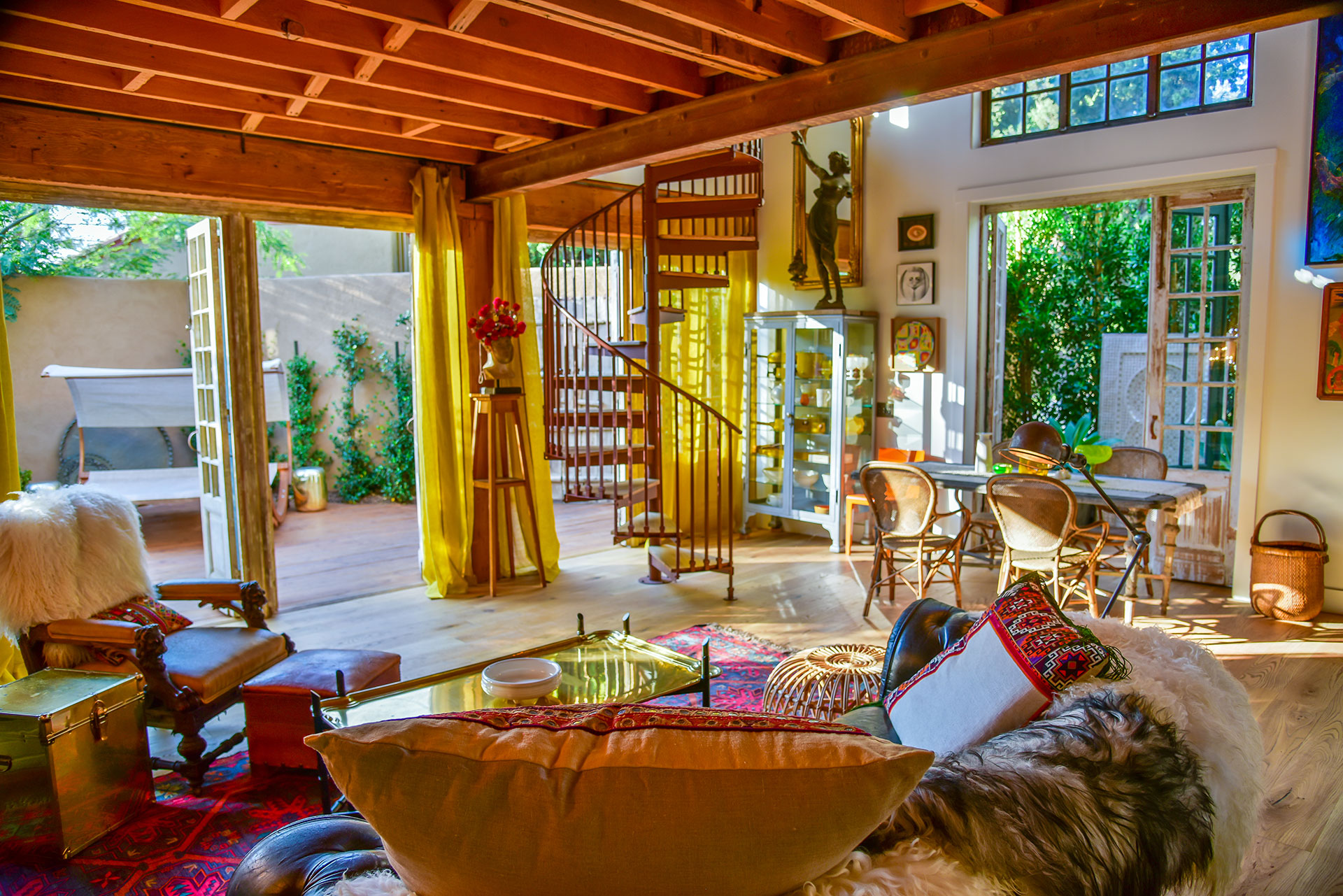 Between the three freestanding cottages and the six guest rooms within the mansion, her Paramour Estate is a veritable DeLorean, albeit with more than a dash of Hollister’s own eclectic modern aesthetic. The suites feature mixes of wood beam ceilings, antique four-poster or 19th-century gilded Italian beds, deep bathtubs, gold-rimmed mirrors, original artwork and, every now and then, nods to the convent past in the form of religious statues. Certain suites open onto the pool patio, itself surrounded by original hand-tiled marble and the courtyard’s cypress trees beyond. Two of the villas include full kitchens, and all three feature private courtyards or gardens.

“All of the accommodations have different experiences,” explains Hollister. “The mansion itself is kind of the epicenter of a cool, Bohemian, rock-and-roll, over-the-top” vibe. “I mean, you walk down the hallway and there’s a zebra standing there.”

The cottages, by contrast, are more like “private artist spaces.” With so many visual details, you can understand how the estate “never looks the same way twice” when it stars in a new film or photo shoot by a different artist (we can name drop the Coen Brothers, Rihanna, and Beyonce, to start). “It almost accepts them and morphs along with their vision,” observes Hollister. The ballroom, courtyard, and salon, meanwhile, make it an understandably popular space for private events. And since the pandemic, Hollister has seen an increasing number of overnight guests looking to rent out the Paramour in its entirety. “And so we’ll provide full chef services, masseuses, whatever they could possibly imagine,” says Hollister. “And in a way they get to experience the property how it was the 1920s” — a completely private home beyond the gates.

As we wrote in our first review of the Paramour Estate, whether it’s just your party or not, you will live here like it’s your own house. Beyond breakfast in the Butler’s Pantry, you’ll get a key to the front gate and the rest is up to you. There are five acres of gardens and forest to explore. “If it’s a typical room for the night you’re after,” we wrote, “then the Paramour Estate is a bit much — but if what you want is a stay you’ll remember forever, you’re in the right place.” 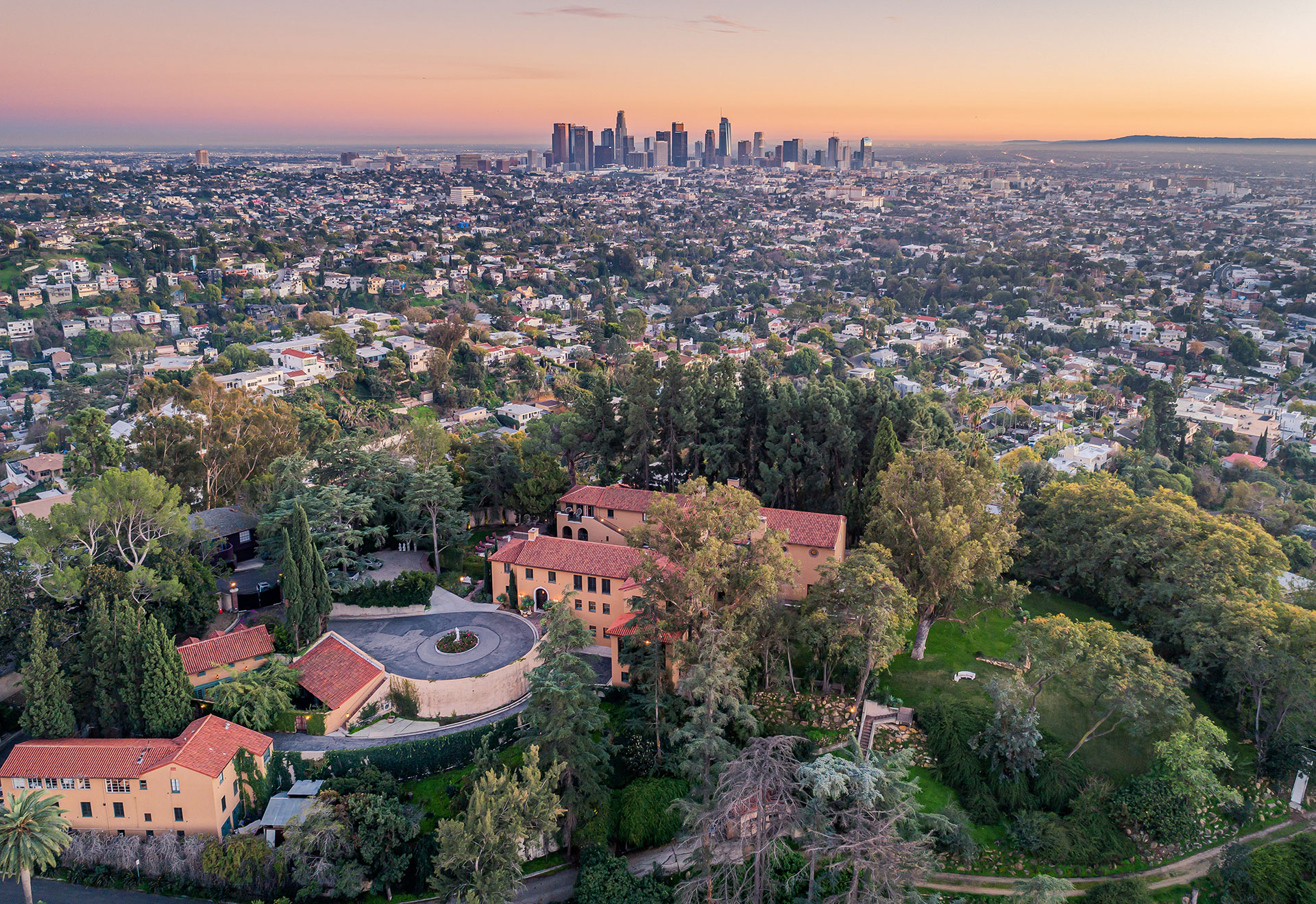