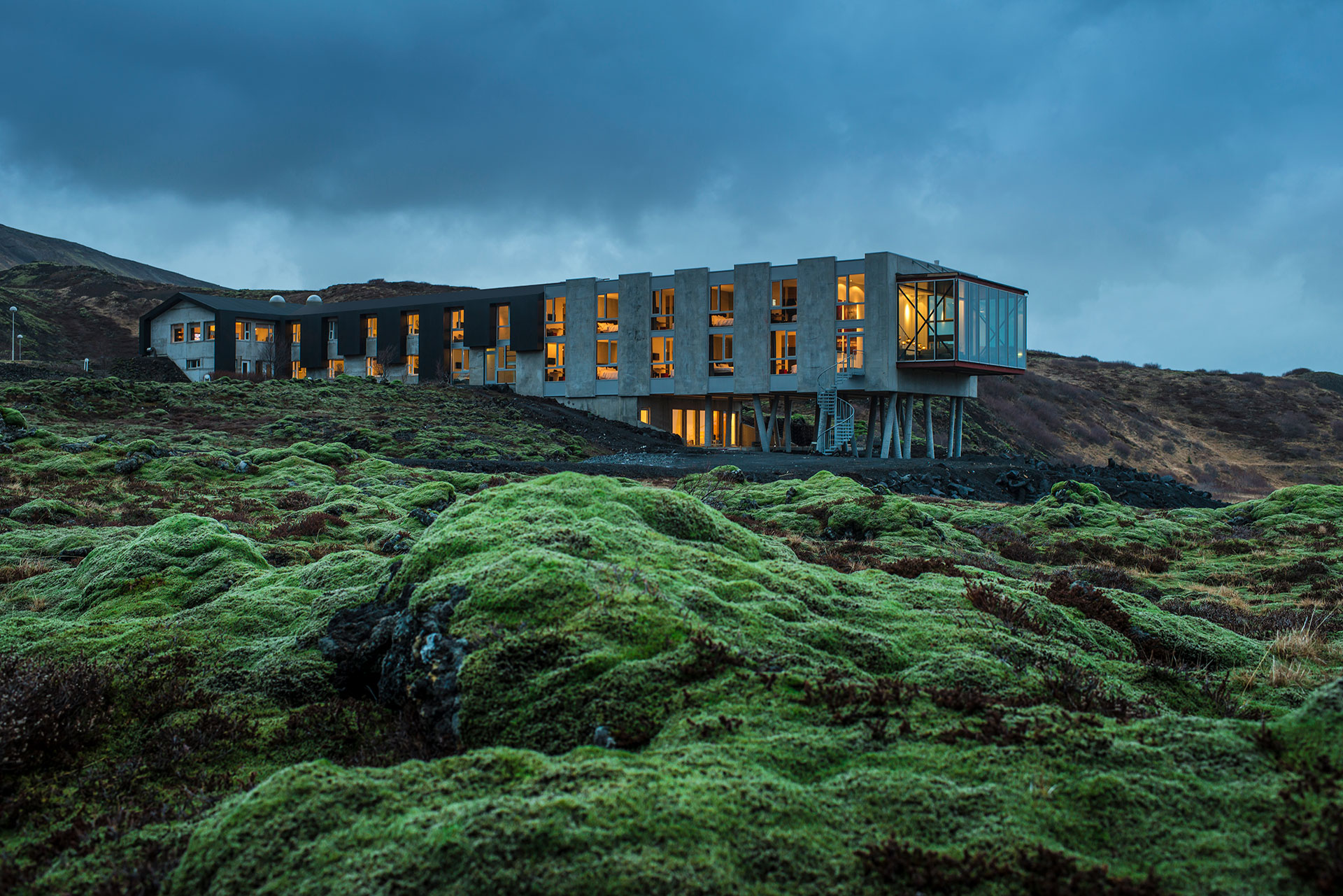 The land around Iceland’s Mount Hengill is active. At the meeting place of two continental plates, trails sprawl over the constantly shifting landscape, speckled with natural hot springs. Hikers dip into the volcanically heated water that bubbles up from below. So, too, do two geothermal power plants that ring its slopes, sucking at the earth and heating most of the towns around the country. Years ago, workers from one of these plants lived at a modest barracks nearby. As technology advanced, work migrated mostly to the larger plant on the other side of the mountain. The small inn was abandoned. In 2013, it became ION Adventure Hotel.

A hearty redesign covered the older, boxy part of the building in black cladding — in tandem with the raw concrete, it’s a perfect, volcanic-inspired camouflage against the rocky landscape. To the existing 18 rooms and kitchen were added a brand new wing with 24 more rooms, a gorgeously exposed indoor-outdoor spa, and, most prominently, an all-glass public space that pushes outwards from the hotel like a lens fixed on the aurora borealis.

Beneath it all, uneven stilts teeter on the ground — not just a pleasing aesthetic choice, but a reference to vikings who would chuck ornate wooden pillars ashore to claim their land as they sailed for conquest. Overlooking a sometimes mossy, sometimes frozen lava field, ION is a perfect encapsulation of this land of fire and ice — an Icelandic destination in every sense of design and mission. “When you check into the hotel you will only hear, feel, smell, and view Icelandic design, art, music, food,” promises its founder, Sigurlaug Sverrisdóttir. 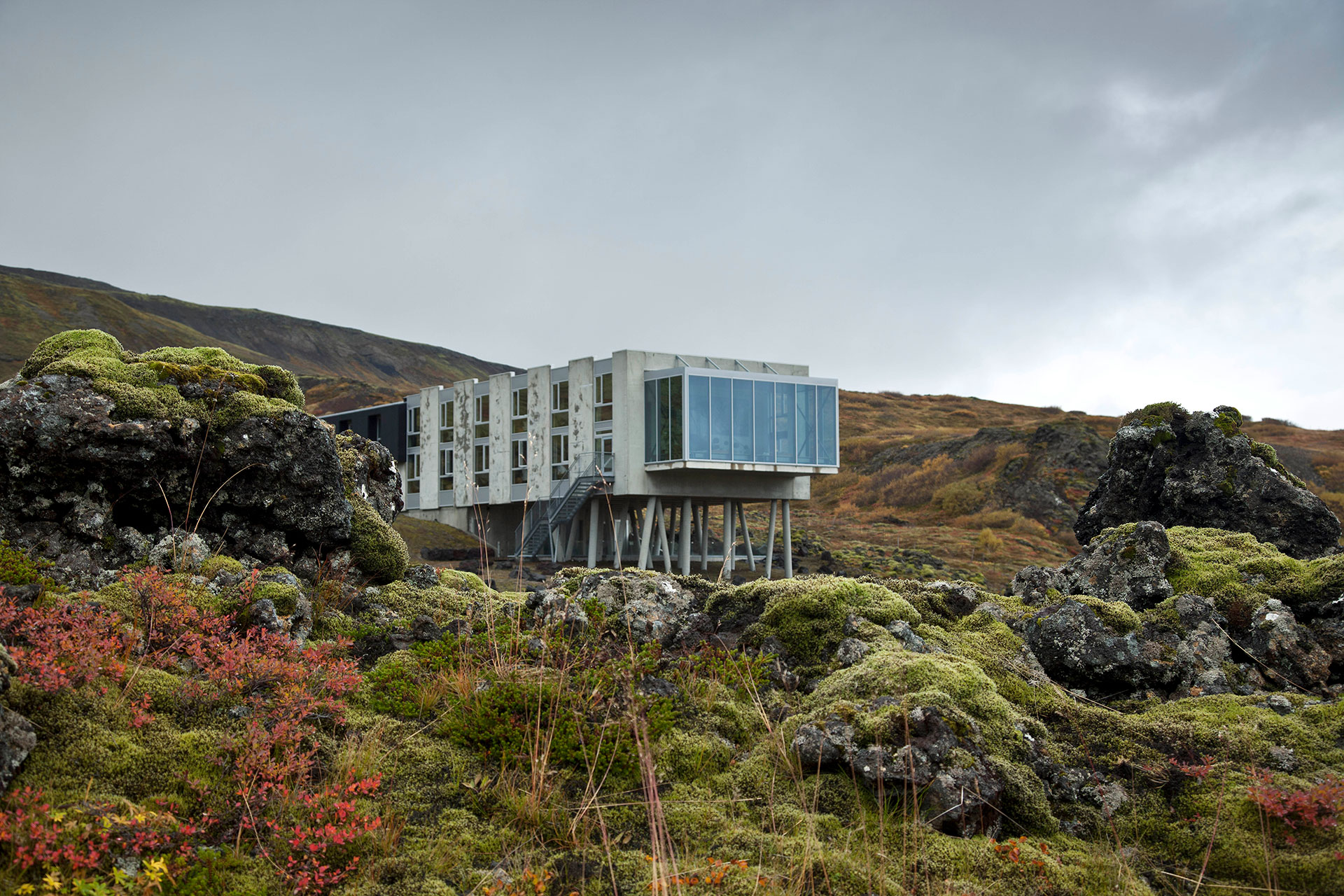 On the inside, spare Nordic design defines the rooms. Portraits of horses decorate the walls, sculptures of driftwood dot the spaces, and the hotel sources furniture from local makers. Building materials include forms fashioned from local rock and Iceland’s black sand beaches. Arctic char and local microbrews fill the menu at the restaurant, Silfra. The photo of the narrow hot tub alone, fed by the same spring waters that pepper the landscape, should entice you to visit. But if that doesn’t do it, see the Northern Lights bar at the tip of the hotel, a glass box jutting out for optimal views of the atmosphere during the aurora borealis.

Then there’s the outside. This is the adventure hotel, after all. Horseback riding, jeep tours, snowmobiling, visits to ice caves — it’s all on offer. When Tablet asks Sverrisdóttir her favorite activities, she singles one out in particular. Snorkeling at Silfra fissure. There, on the actual spot where the two plates separate, you can float in a crystal-clear lake and actually see the two different continental plates of North America and Eurasia at the same time.

If the hotel looks a little like a bionic caterpillar, it’s a fittingly bizarre construction for a particularly unique setting. Next door is Thingvellir — an UNESCO listed national park that once hosted the oldest parliament in Europe. It’s a special place to the people of Iceland, the kind where the president brings his fellow heads of state for a photo op. Besides the inspirationally democratic history, it makes a good background. The valley’s dotted with cliffs, ringed by mountains, and host to a large lake and lava fields. 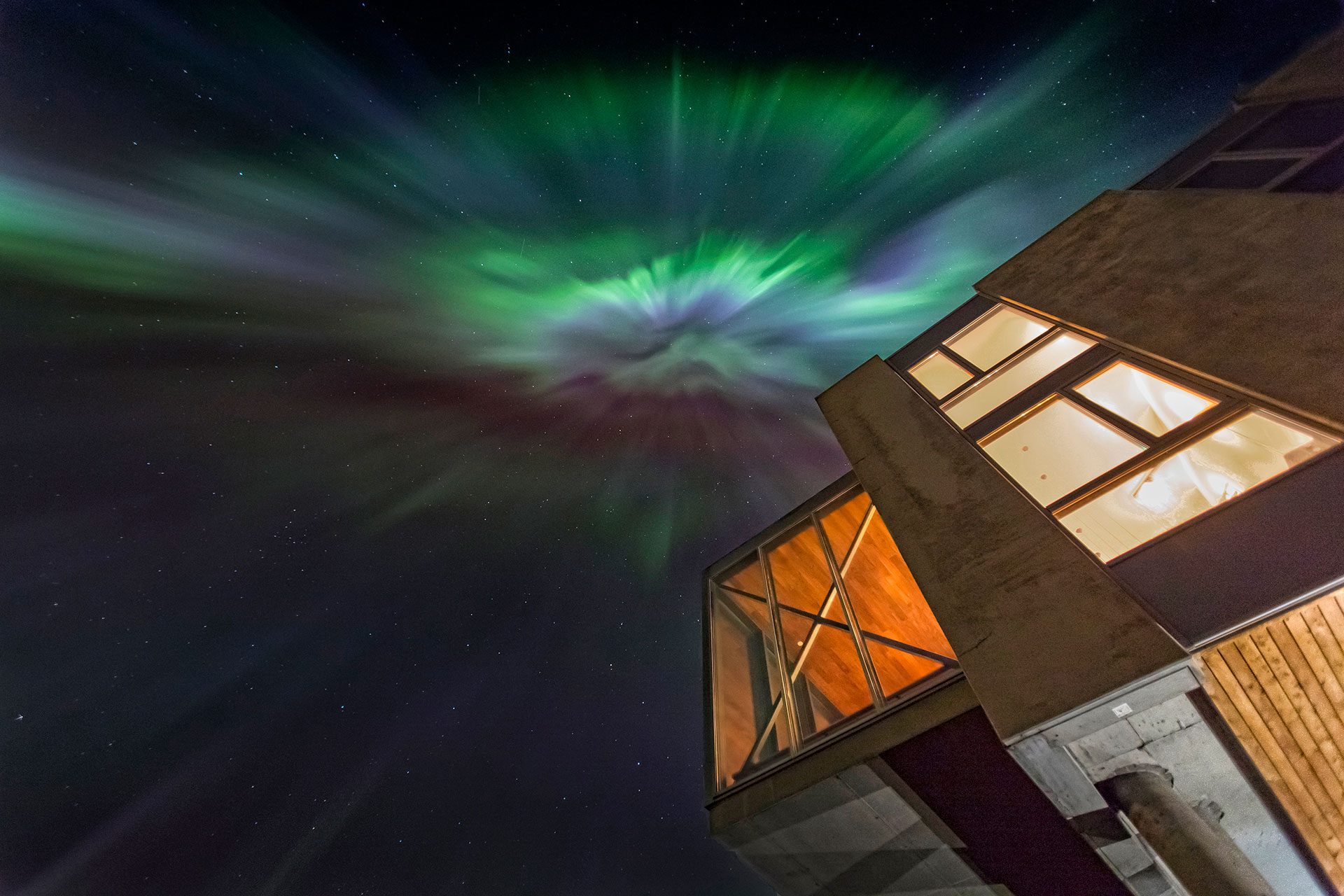 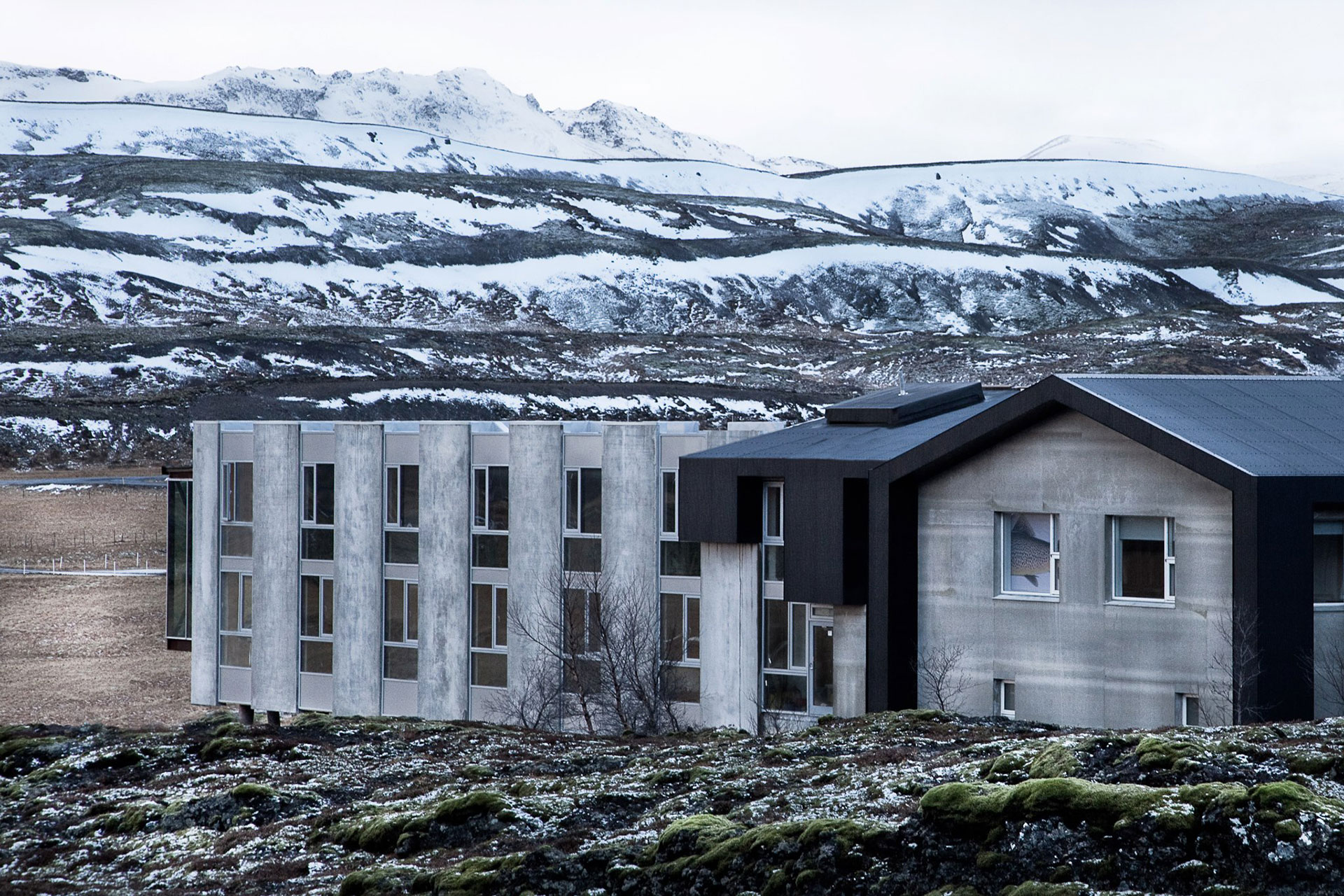 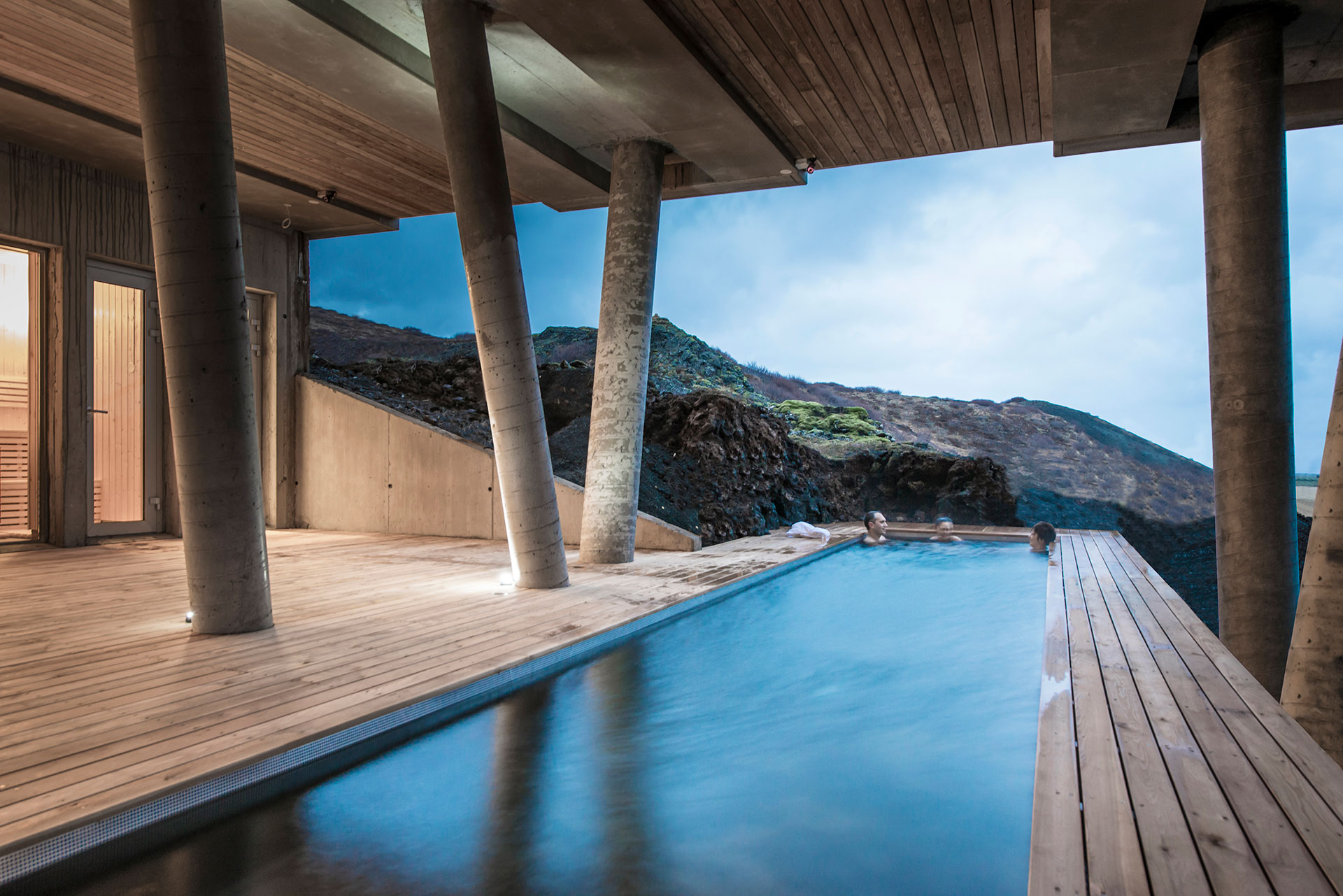 Despite its location on the famous Golden Circle route (a popular tourist loop from Reykjavík around the sites in the country’s southwest), as of 2009, Thingvellir hosted a single hotel. A hotel that — unfortunately — burned down just around the time Iceland began attracting an influx of international visitors. For a variety of reasons (better exchange rates, more air travel, a famous volcanic eruption), by 2017 this country of 350,000 would host nearly two million annual visitors.

“We saw an opportunity,” explains Sverrisdóttir. A native of Reykjavik, Sverrisdóttir remembered fondly her childhood weekends at Thingvellir with her grandparents. Her previous career with a charter airline had taken her to luxury hotel after luxury hotel, suitably fancy places that all served the same club sandwich. The sandwich, silly at it sounds, is the metaphoric crux on which the hotel is built. Turkey and bacon between three slices of white bread — it came to represent a rejection of local culture for Sverrisdóttir, an appeal to the common denominator instead of a celebration of local custom. Besides the use of Icelandic materials and crafts throughout, the design of the hotel itself is meant to “flatter the nature” around the building. Minarc, the Santa Monica-based design studio that led the renovation, succeeded on that brief.

You might wonder why, amongst all this Icelandic fare, the hotel was refurbished and renovated by a Californian design studio. Easy. That studio, Minarc, is owned by a husband and wife, architect and interior designer, both Icelandic. The designer is Sverrisdóttir’s childhood friend from Reykjavík. “They concentrate on sustainability so there was no question about it from the beginning,” she notes. 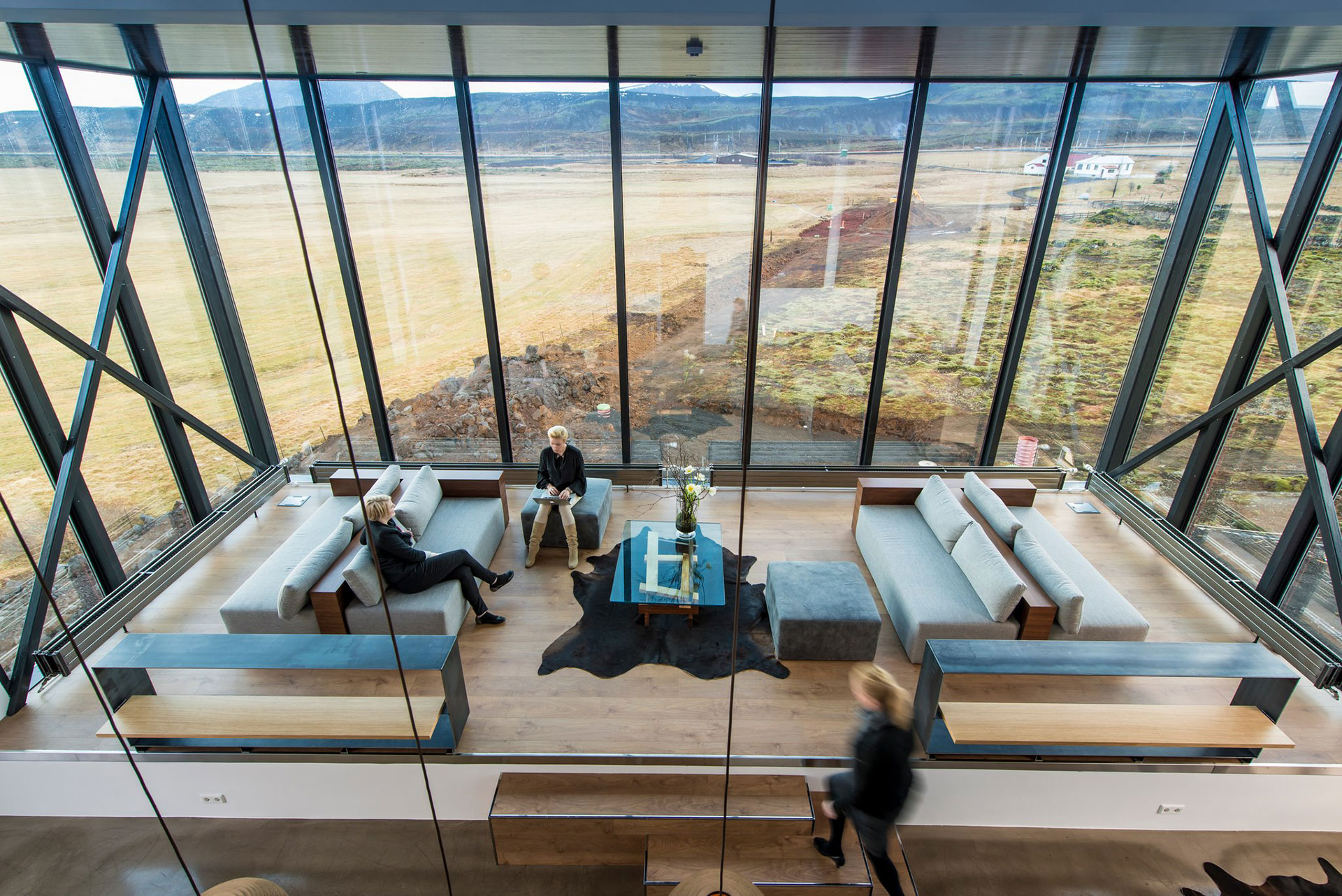 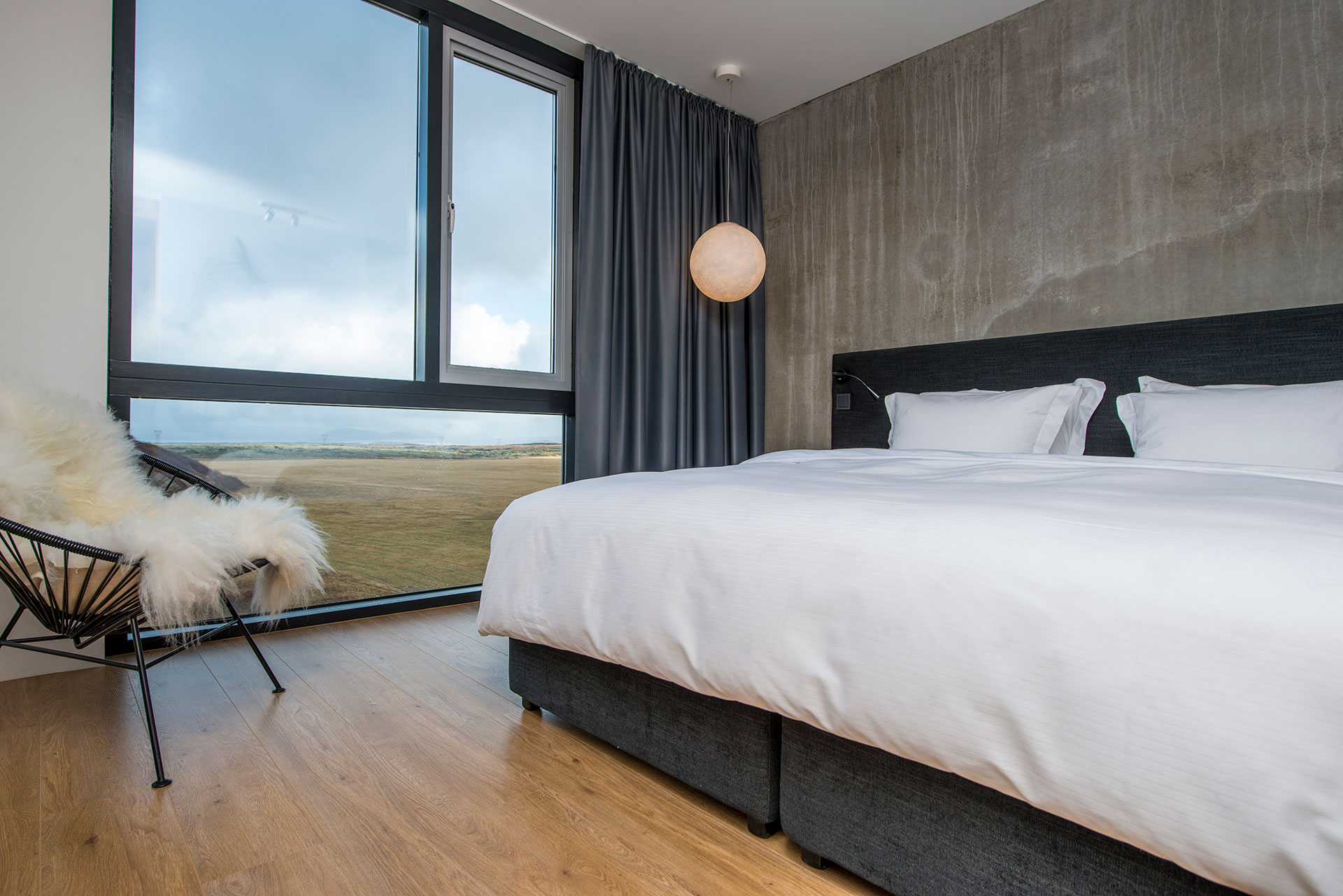 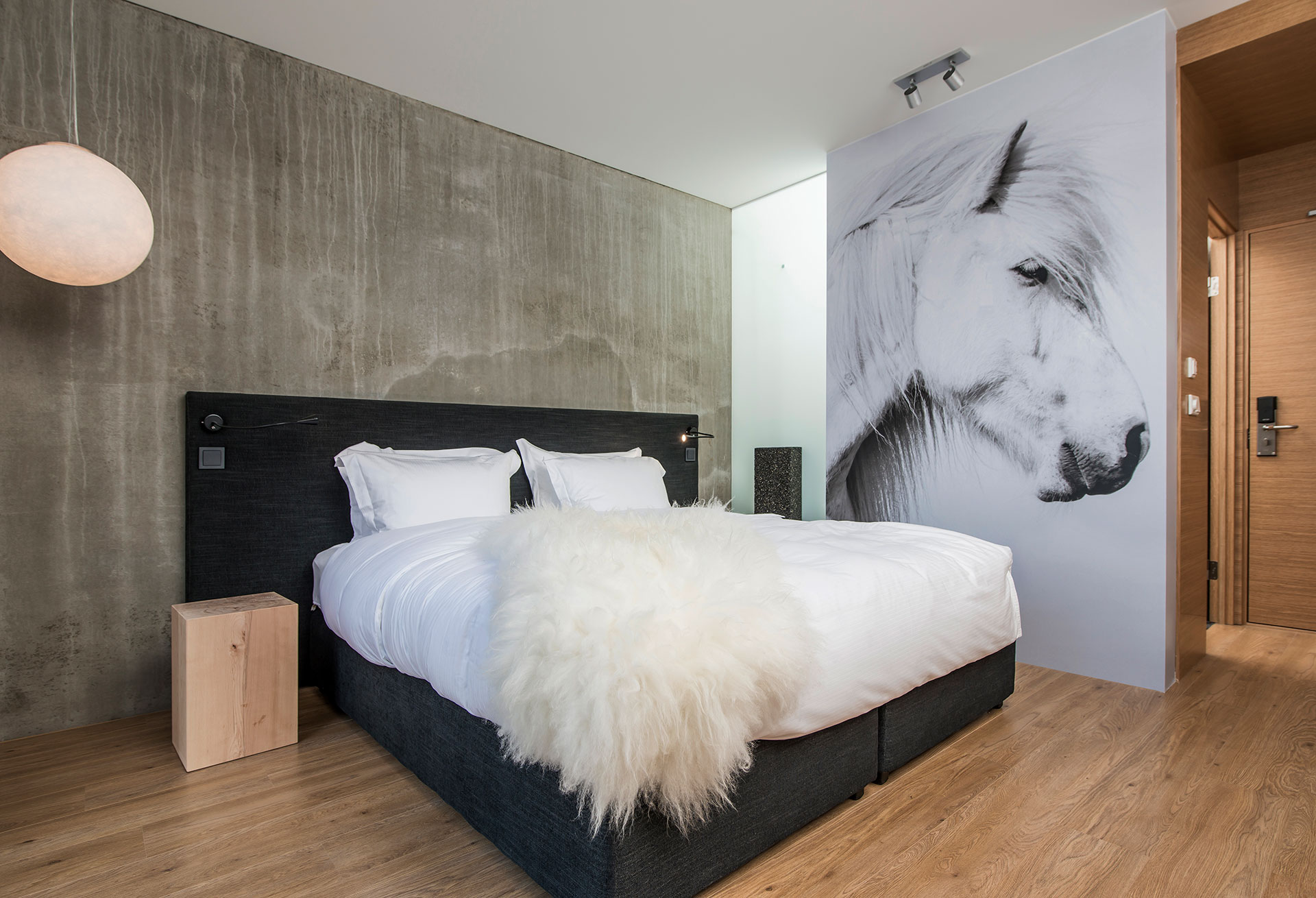 Minarc used a prefab, panelized building system that exceeds environmentally friendly building standards. Sustainability is everything here, from the recycled-tire sink in the restaurant to the public spaces themselves. And throughout the hotel is an intense focus on providing panoramic views of the exteriors, across lava fields towards the national park, the volcano, or the lake.

It’s an incredible hotel, the kind, as we wrote when they first joined Tablet, we had been waiting for since the day we started the company. “The otherworldly landscapes of Iceland were crying out for the full Patagonia treatment — a rural escape that’s at once a building of real architectural distinction and a thoughtfully luxurious hotel as well.” Plus, as Sverrisdóttir notes cheekily: “There is no club sandwich on the menu.” 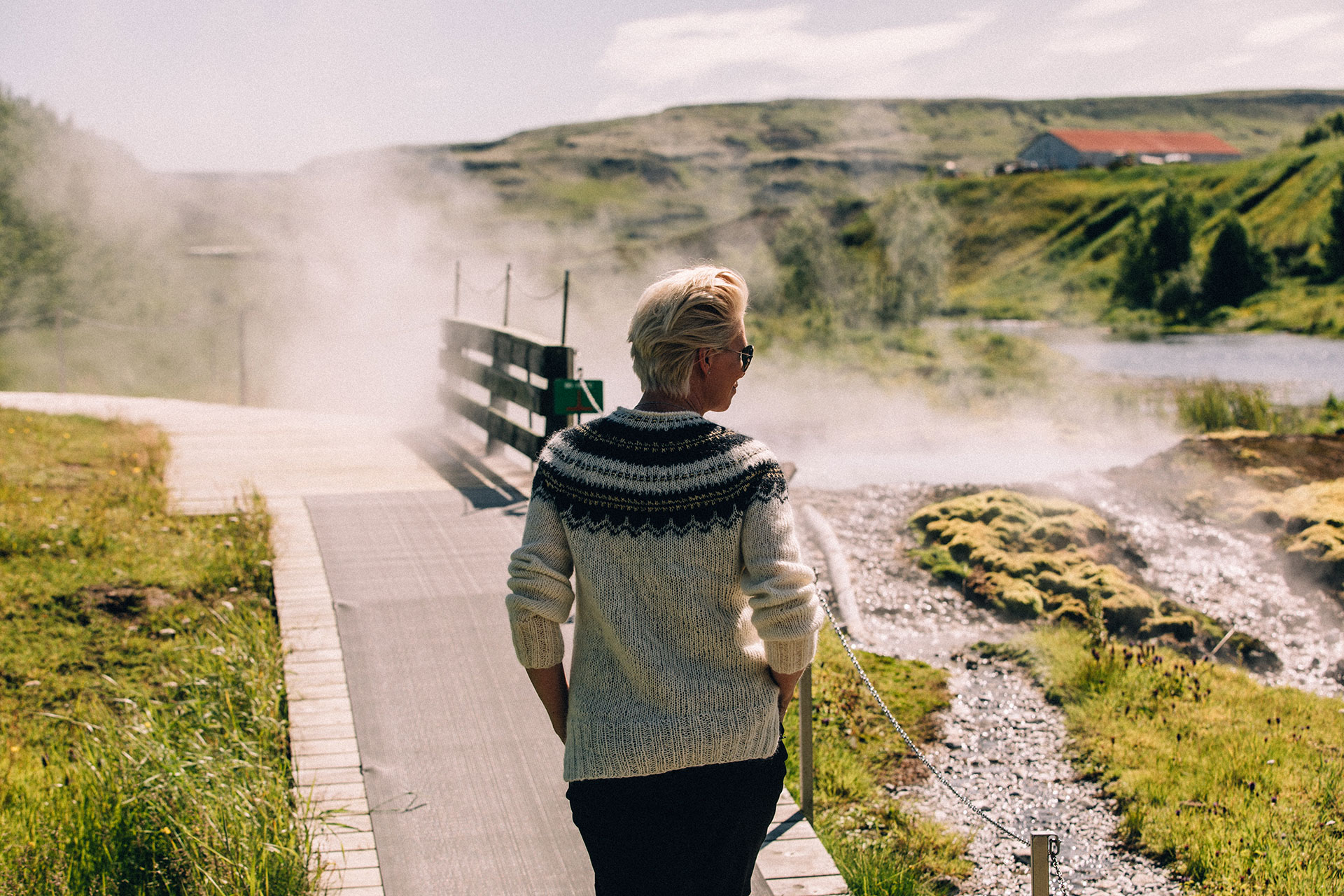