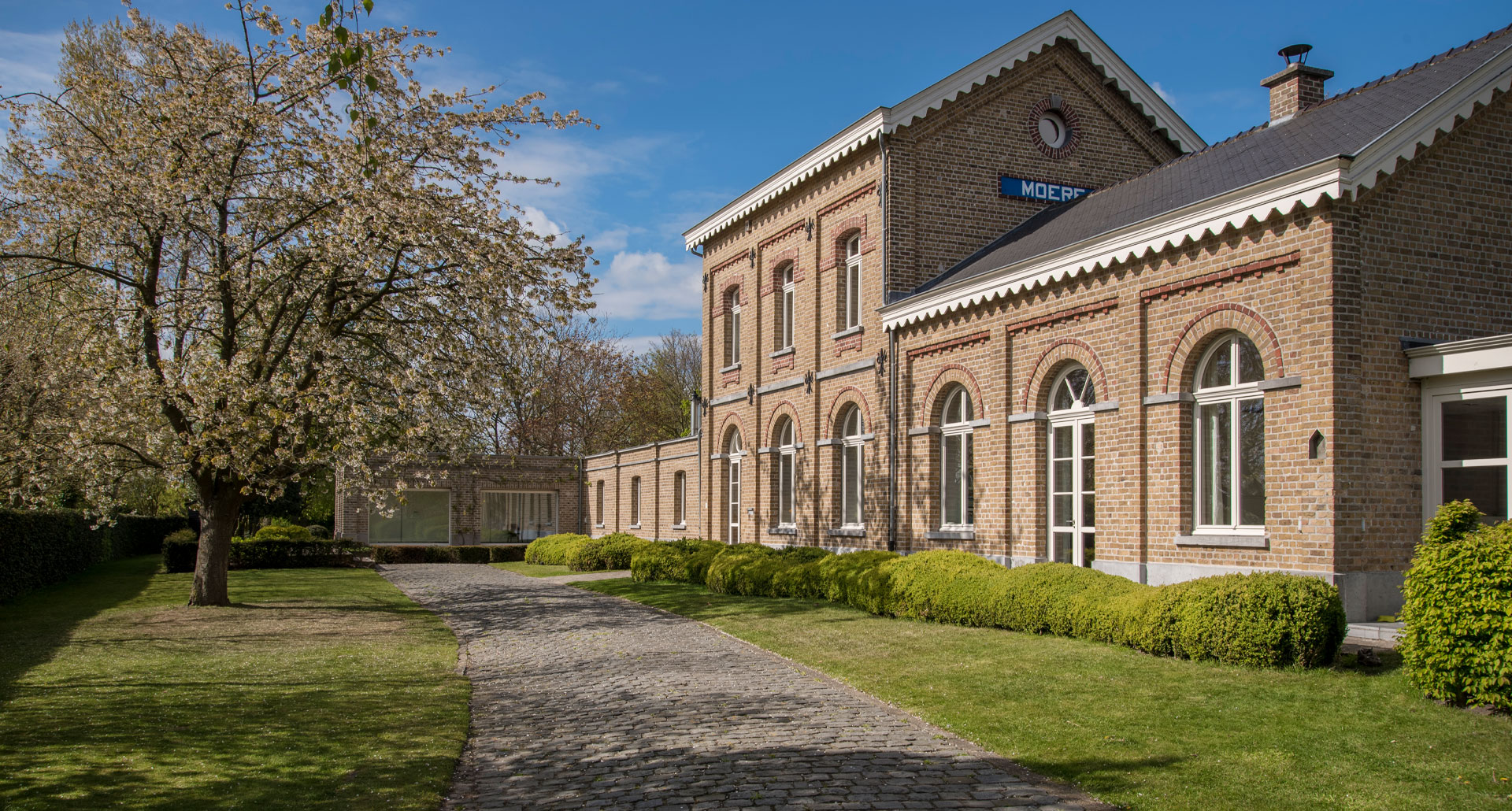 In the shadow of a former train station that peaked in the Roaring Twenties, in a region made famous by Marvin Gaye, hotel Spoor 62 gives guests a loving look into a historic railway line that connected Paris to the Belgian coast.

A remote rumble. A cloud of smoke. A whistle. The imposing Pullman locomotive pulls into the station with a majestic din. It slows now, dragging its glossy bodywork along the platform. Look through the windows and you see elegant people joyfully chatting aboard its sparkling wagons. Then the machine speeds up again, Parisian high society hardly looking up for a glance, off towards the beaches of Ostend and Knokke.

Imagine the scene. We’re at Moere station, a stylish brick building located in the Belgium countryside just outside Bruges, set along the historic route connecting Paris to the upscale seaside resorts on the coast. The Roaring Twenties are in full swing, flashy and festive. This is the height of luxury rail travel. Nearby, the Ostend-Vienne Express carries heads of state. But this is a local stop, and the Pullman Express merely slows as it pulls through, whistling past daily commuters.

Nearly a hundred years later, the tracks are long gone, but the small station at Moere is welcoming travelers once again, now as a stylish boutique hotel called Spoor62. 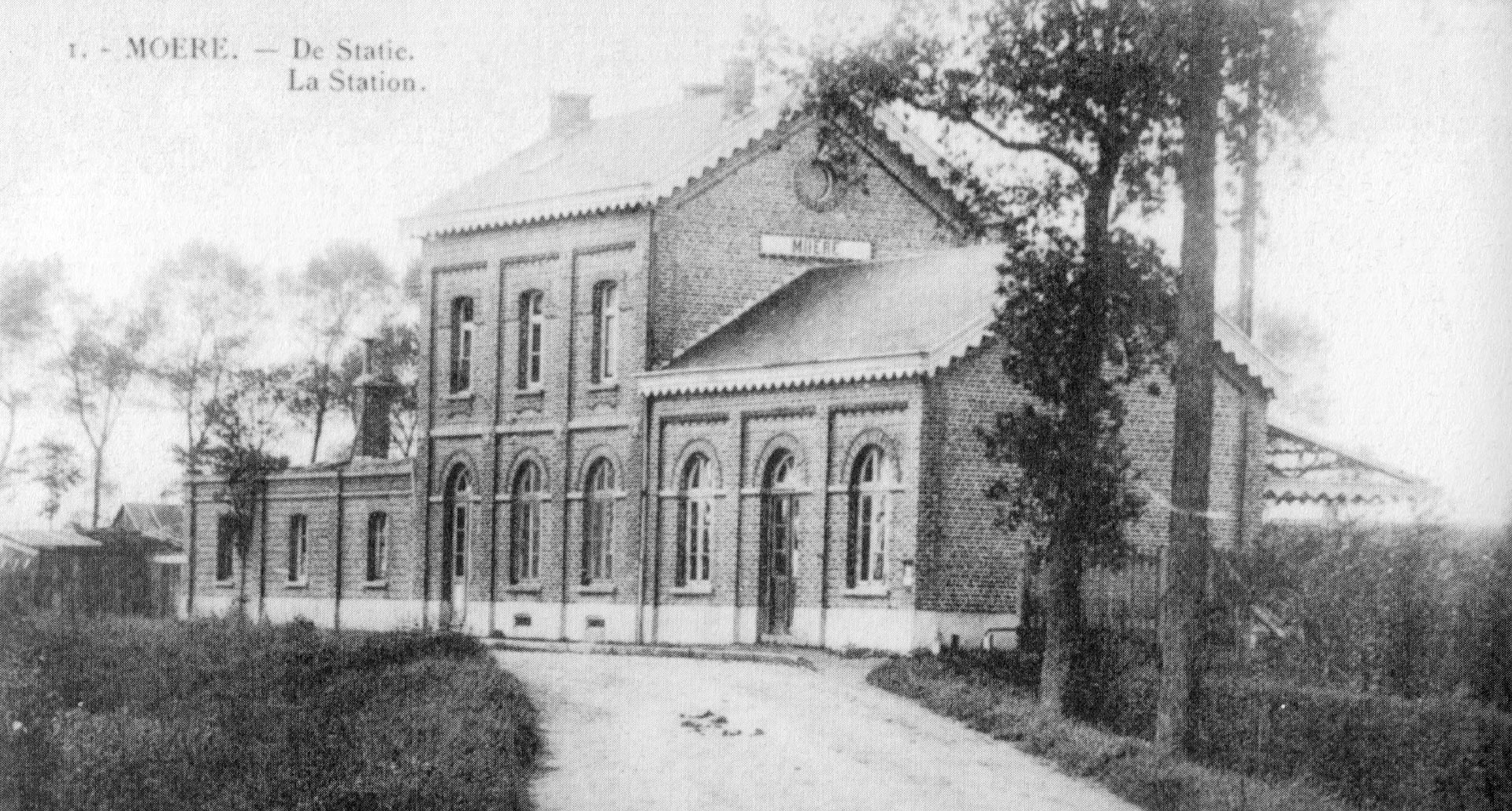 In 1999, Irma and Jos Tomassen, looking for their own little nest in the countryside, fell in love with the train station at Moere. In reality, it hadn’t been a train station for some time. Closed since 1963, it had already served as a private home for some 25 years by the time the Tomassens found it. Still, the interiors had become old-fashioned, the whole place in dire need of renovations. Not a problem for a couple as passionate about architecture and design as the Tomassens, who quickly decided to bring it back to life and into the 21st century.

Tackling a place like this was no small feat. One of the greatest challenges was giving the living room — located as it was in the former hall of the train station — a cozy feel. “It’s a huge space,” explains Irma, and “making it a pleasant place to live was a real challenge.” Looking for help, they called on their friend, architect Jacques Verbeke, and worked with him on a thorough revitalization. Matters were complicated when, a few years into the process, the original building became a government-protected landmark. “When we did work on the facade,” remembers Irma, everything had to be just the way it once was, right down to countless windows “which had to use the same materials” as the original construction.

When we talk about Spoor62, the hotel, we aren’t quite talking about this former train station. Of course, Irma would be thrilled to show you around, to let you marvel at their handiwork. But today, the renovated station serves as the couple’s private residence. The Tomassens could have left the property at that, as their own, private escape in the countryside.

Fortunately, just as the former train station was used to welcoming those on a journey, so was Irma. In fact, she’s a former hotel manager, one whose dream has always been to play hostess at her own boutique. This then became the couple’s project: don’t stop at the train station, but convert the rest of the property into a suitable hotel. It would be called Spoor 62, an homage to the number of a rail line that came through this spot nearly a hundred years ago. 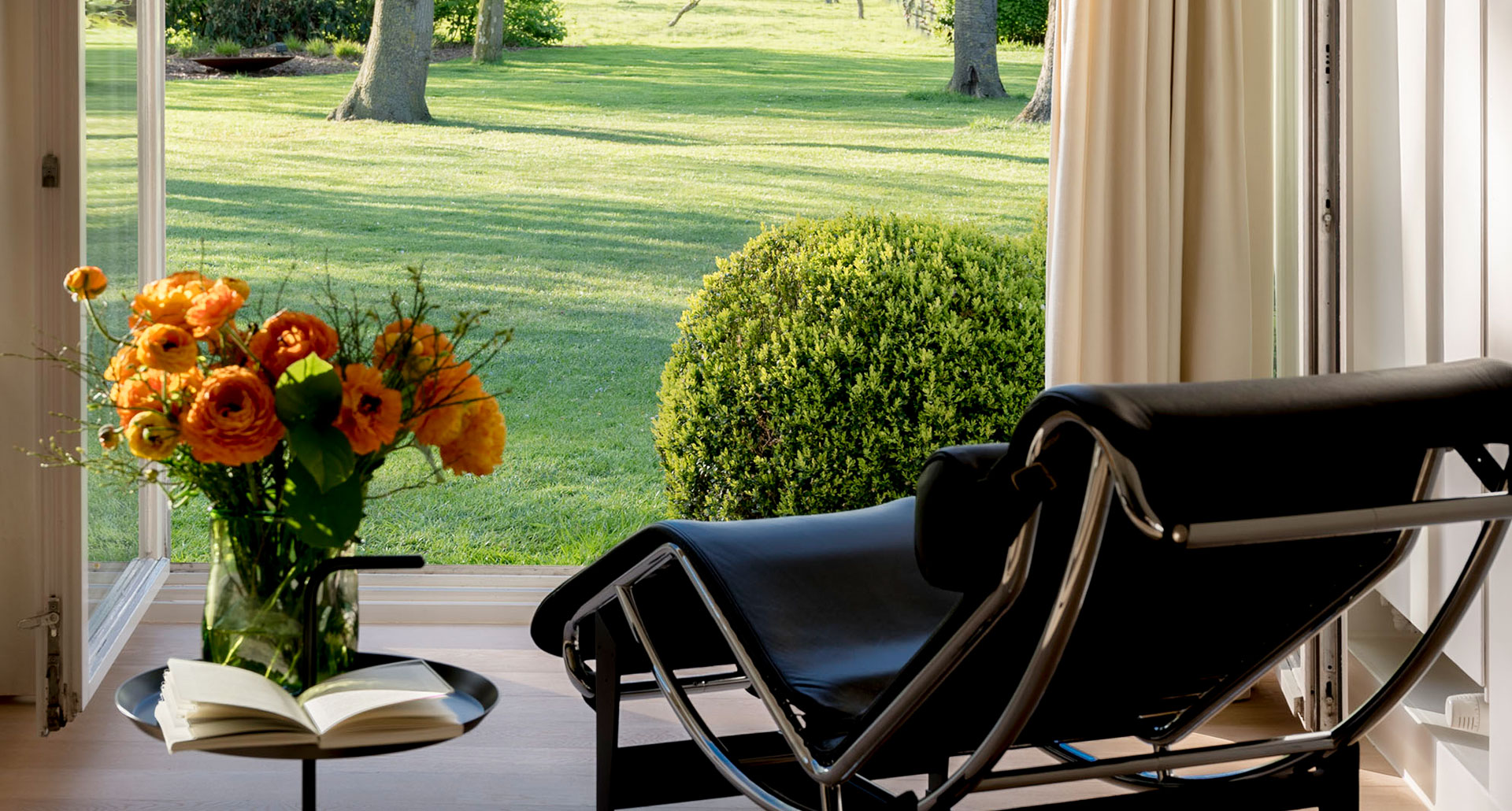 Next stop: the guest rooms. While the property’s status as a government-protected site could have posed complications for the Tomassens’ dream to host their own guests here, luckily, they had a plan. When the department official came to visit the grounds, the couple had something to show him. In the shadow of the train station, a small house had been built by the previous owners. The Tomassens’ call it the annex, but it had once served as a garage. It had the large, garish doors to prove it.

The official agreed, a renovation was necessary. These would be the guest rooms.

The only catch? They couldn’t expand the garage structure, nor build around it. Which, it turns out, only complemented their vision. The new owners wanted to recreate that exclusive and sophisticated feeling the 20th-century passengers must have felt traveling on those luxurious Pullman trains. To that end, there are only two rooms at Spoor62 — each filled with designer furniture carefully selected from Le Corbusier, Charles & Ray Eames, and Eero Saarinen — and each guest enjoys a level of personalized, exclusive service that would be impossible to find at a larger property.

Venture through the area and you’ll find a countryside covered in wetlands and forest, a romantic region once made famous by resident Marvin Gaye, who wrote and recorded his 1982 album Midnight Love here. And you’ll find that although the rails have disappeared, their path still remains, converted now into 14 miles of greenery, a welcome promenade for walkers and cyclists.

“In the summer, when it’s hot and the days are long,” Irma describes her surroundings, “you can easily imagine you’re in the south of France.”

And so it is that this station, launched in 1868 and closed at the abandonment of local rail lines in 1963, lives through its second great era — the only station on its line fully preserved, turned into a little paradise outside of Bruges.
Book Spoor62 on Tablet Hotels.