A fresh new wave of hotel designers has arrived — carrying forward the influence of the visionaries who first revolutionized hospitality.

Anouska Hempel. Phillippe Starck. Liz Lambert. Kit Kemp. Roman & Williams. These are some of the designers who, over the past 40 years or so, helped to invent the boutique hotel and revolutionize the hospitality industry. They’re all still going strong — still creating hotels that challenge the status quo — but a new generation of designers, heavily influenced by the work that’s come before, has risen up alongside of them, each one prepared to carry the torch forward and do their part to redefine what a hotel can be.

We’re profiling a handful of members of this new wave — a collection of designers that set the cutting edge in a range of styles, both modern and more classical. Of course, with exciting hotels being built and reimagined all over the world at an arguably faster pace than ever before, there are a number of up-and-coming designers who we didn’t have space to mention this time. So if we missed any of your favorites, please give them some love in the comments below. It might be just the inspiration we need to do a second installment. 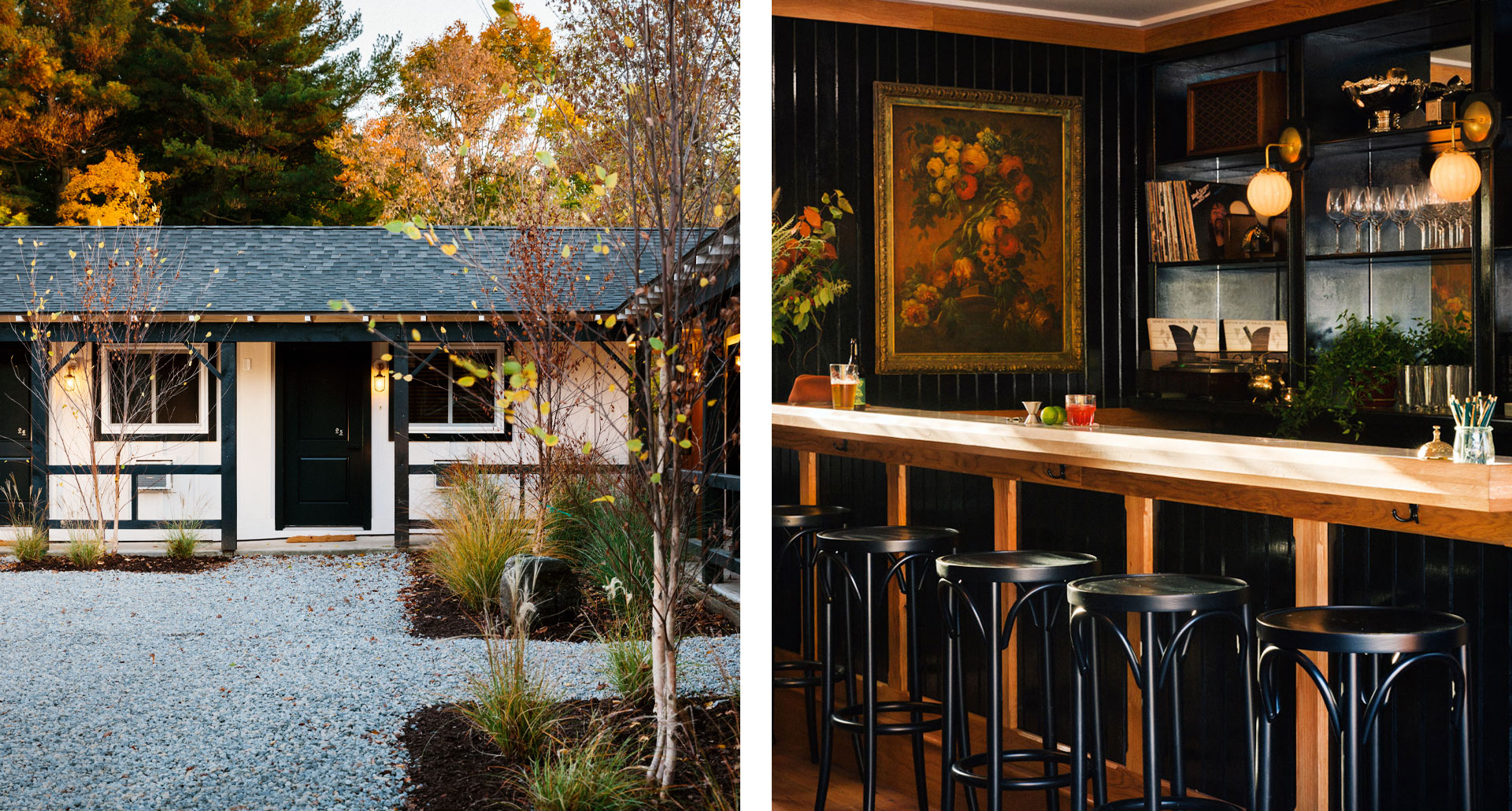 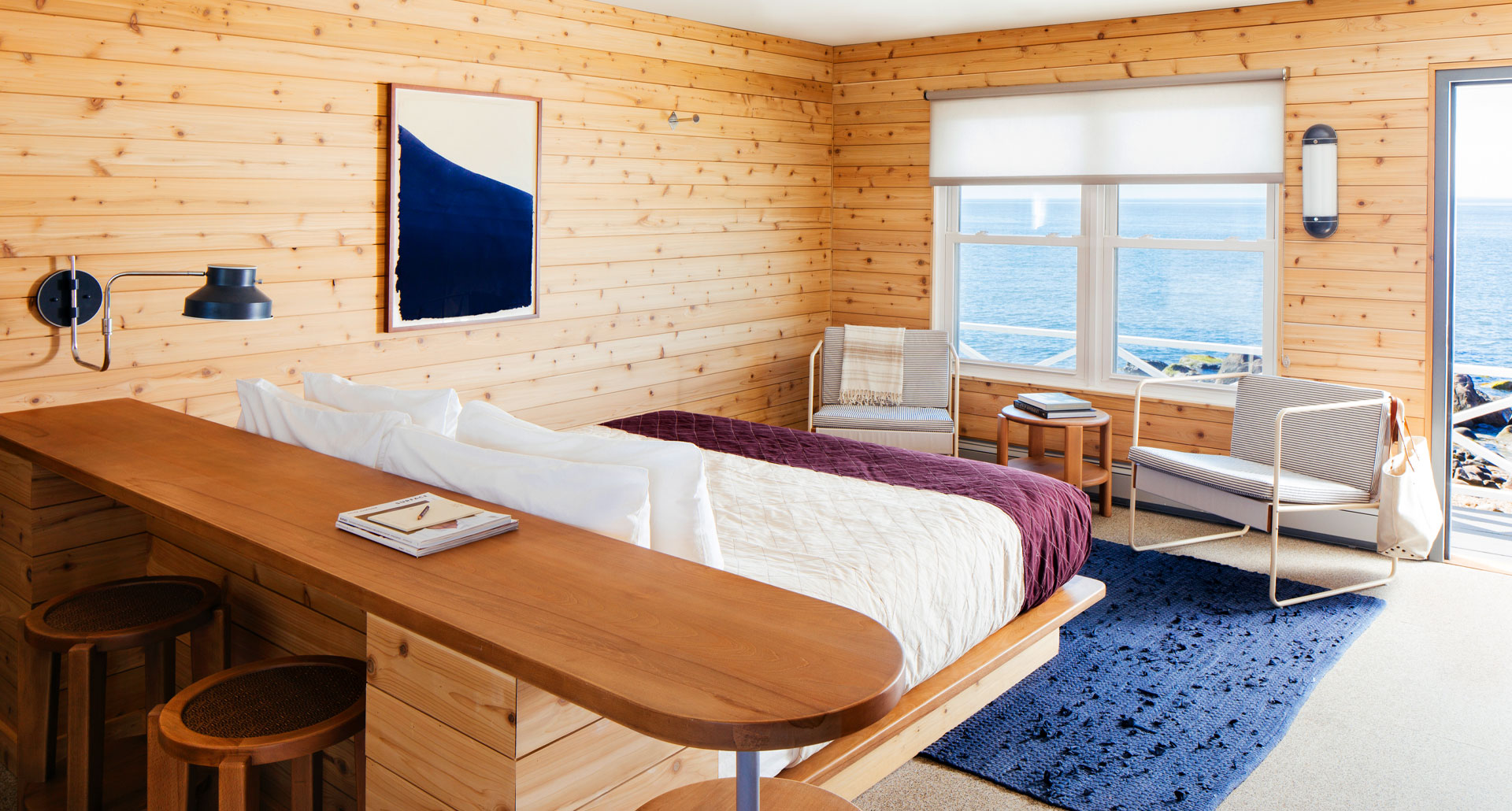 The Brooklyn-based Studio Tack have more than a little experience taking old motels and turning them into a boutique masterpiece. They might just be the masters. After working on their own Brentwood Hotel in Saratoga Springs, they were tapped for work on two more motels-turned-boutiques, the Anvil in Jackson Hole and Sound View in Long Island. You can see why. In each case, there’s a certain sensitivity for the history of setting — even while the roadside-motel vibe is upgraded to that of a serious boutique.

At Brentwood, the upgrade is to a bit of genteel equestrian atmosphere (after all, the race track is right across the street). At Anvil, it’s a retro unpretentiousness — a throwback style without the kitsch sometimes endemic to the Jackson setting. And at Sound View, it’s a refreshingly mature look that plays off New England’s modernist heritage. And lest you think they’re only about the motel life, their Casa Bonay in Barcelona proves they’re more than competent off the road, too. 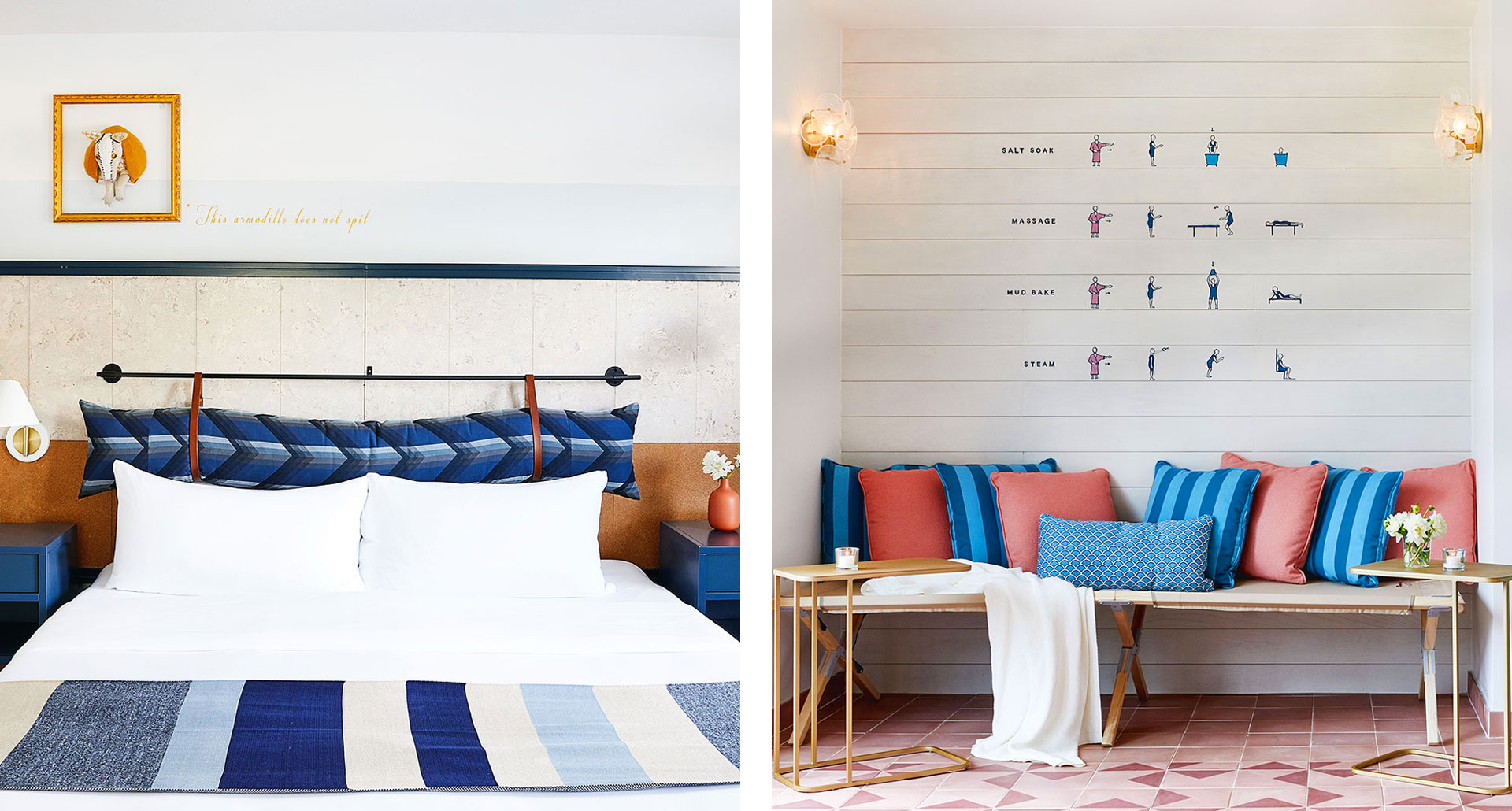 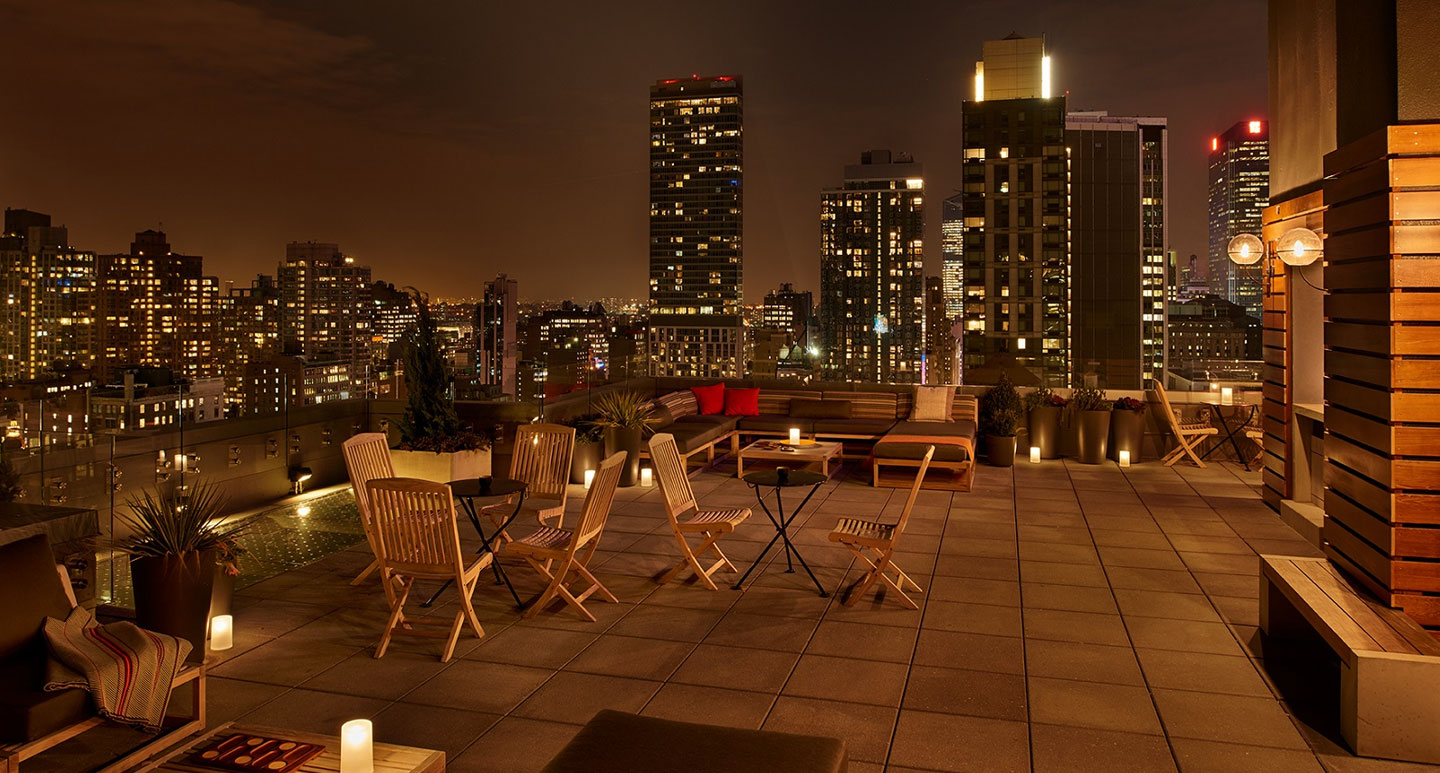 It’s no surprise that AvroKO is behind some of the most recognizable hotels on Tablet — their versatile style applicable to the clean, clever, and compact layouts at Arlos Nomad and Soho in New York City and the retro, stylized, camper-inspired spaces at Calistoga Motor Lodge in California. But where they stun us most may be their work at the Perry Lane Hotel in Savannah, a highly polished concept that draws from the city’s history at every turn.

Rooms are packed with eclectic artworks and vintage books, yes, but the layout of the hotel itself is a nod to the city’s very urban plan. First floor public spaces are meant to mimic a town square, with each room providing the community a different service — lounge, library, screening room, bar — with an “intimacy of scale” to provide a feeling of small town camaraderie. Float through the public spaces and you’re walking within a Savannah town square, albeit one designed for a hotel guest’s ultimate comfort. 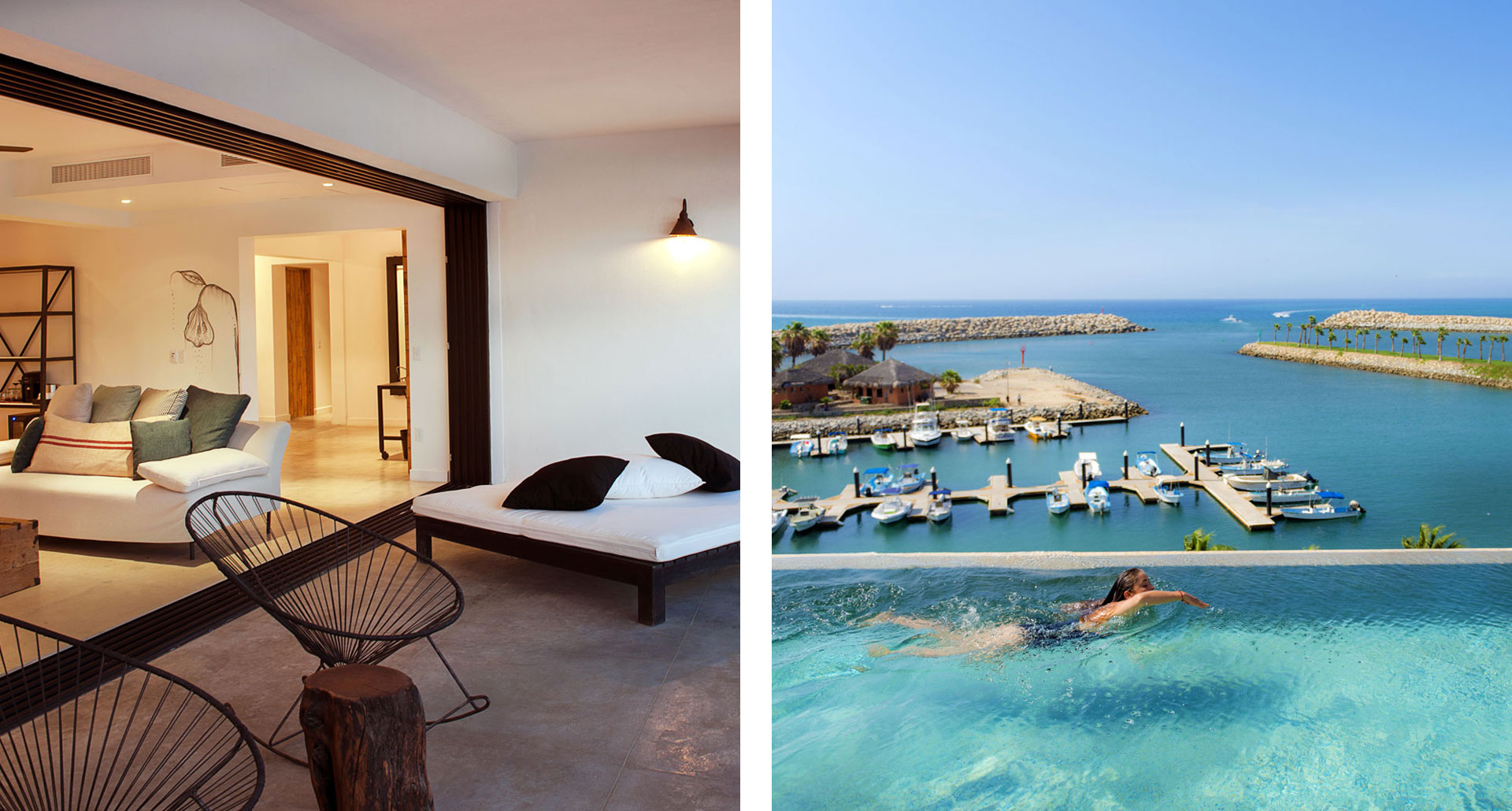 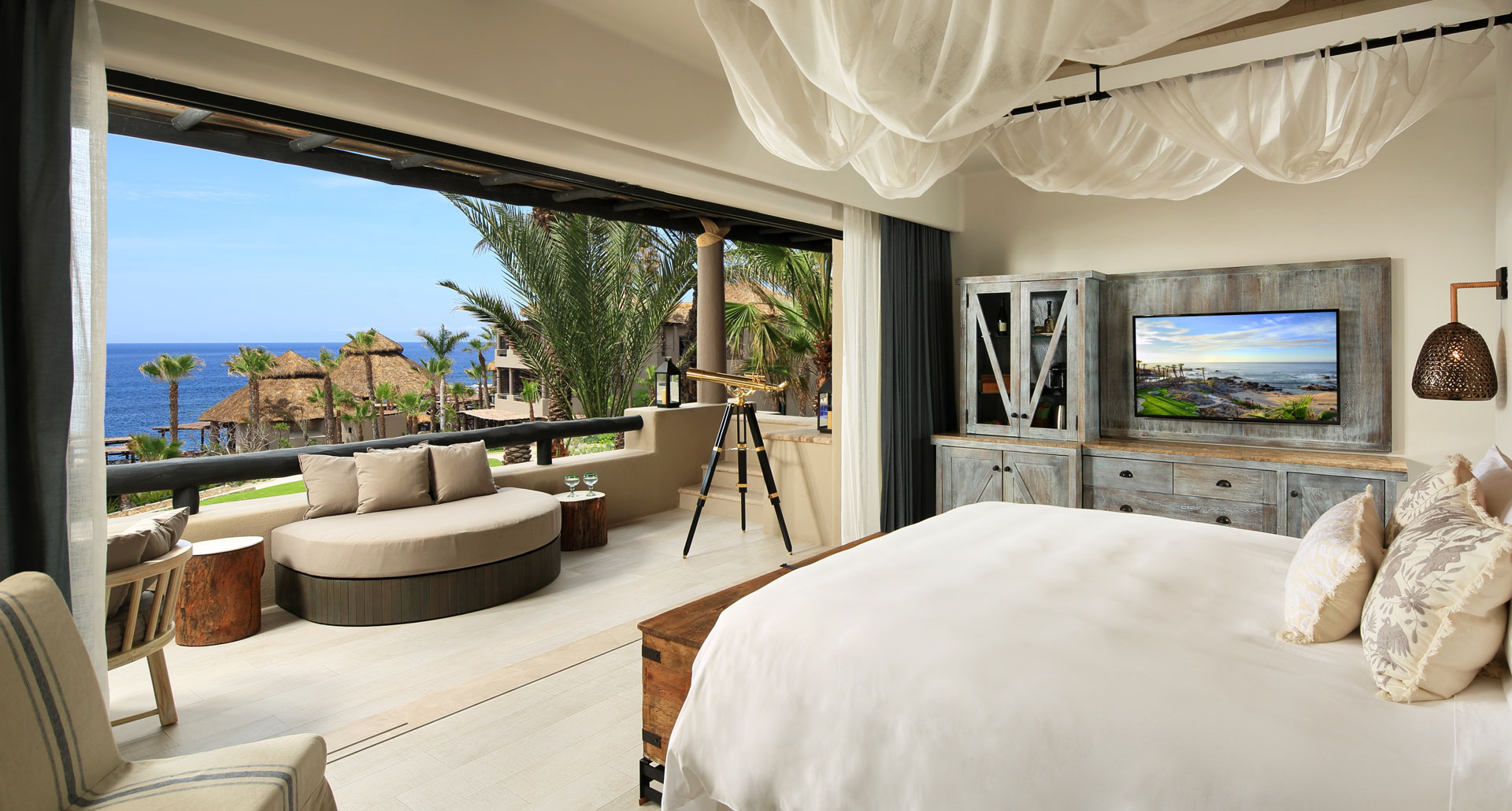 With their strong inclination to showcase local culture, it’s no surprise that HKS ended up working in Marfa, a city famous as a cultural haven in West Texas and one with a long history as an American capital of Minimalism and contemporary art. At Hotel Saint George, they make use of reclaimed brick, marble, and wood from the original building for a minimalist interior that plays with a juxtaposition between vintage and industrial, while the rooms fill up with art from the hotel’s own collection. And they’ve made sure that additional space allows for the local Marfa Book Company to share the lobby, a cultural showcase if ever there was one.

Los Cabos, then, with its connotations of tourist crowds indulging in the most raucous type of Spring Break, was perhaps a more surprising locale for the culturally inspired design of HKS, and yet they brought the same enthusiasm here. At Hotel El Ganzo, the bohemian style — with its polished concrete floors, its rolling barn-style doors, its glass-walled showers — is meant as a cool backdrop for visiting musicians and artists (a trapdoor in the lobby leads down to a music studio). And at their nearby Esperanza, cultural expression means everything from custom furniture to custom textiles by local artisans. Designers actually lived here on-site to meet the deadlines required for a post-hurricane renovation. 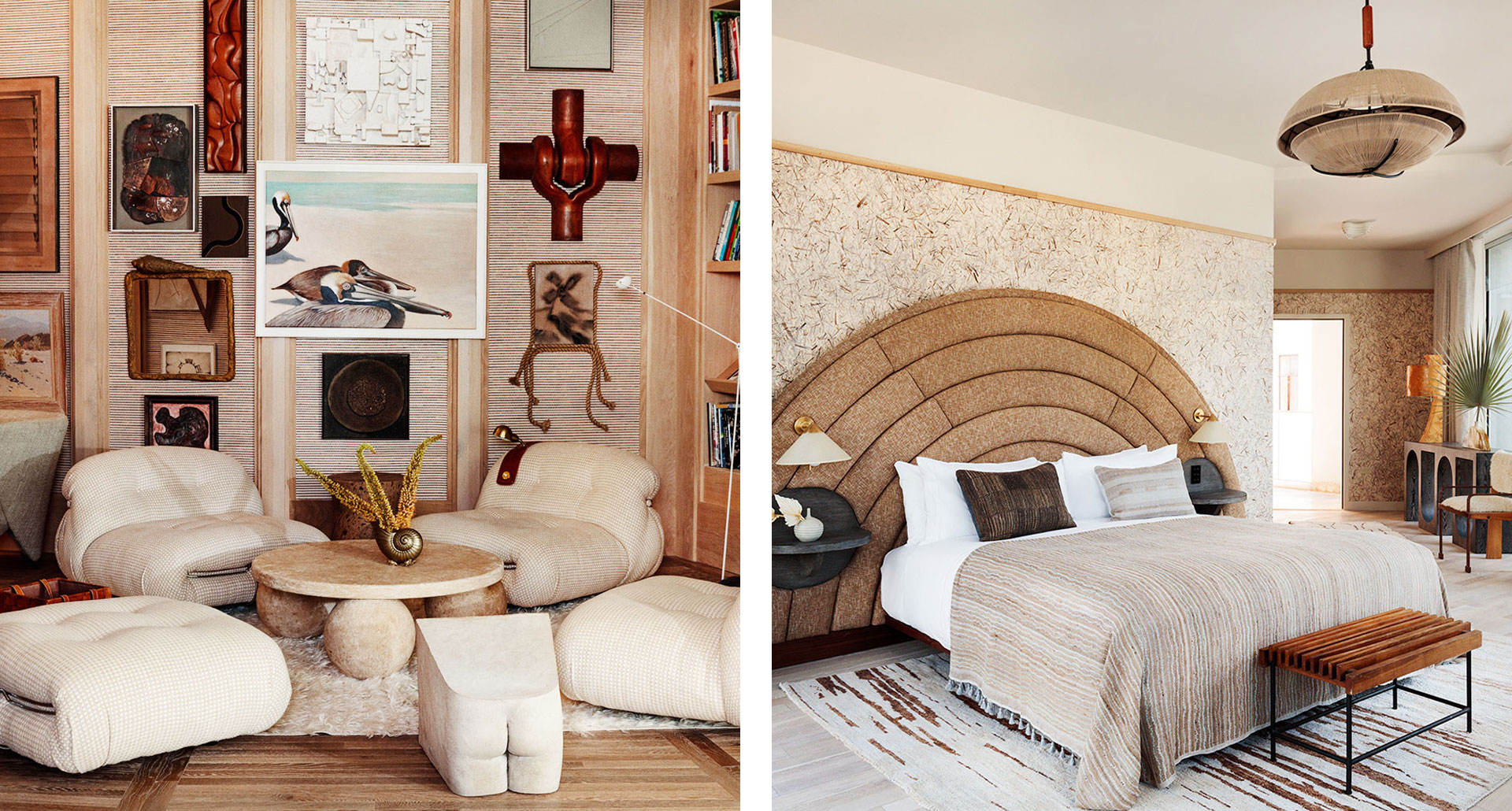 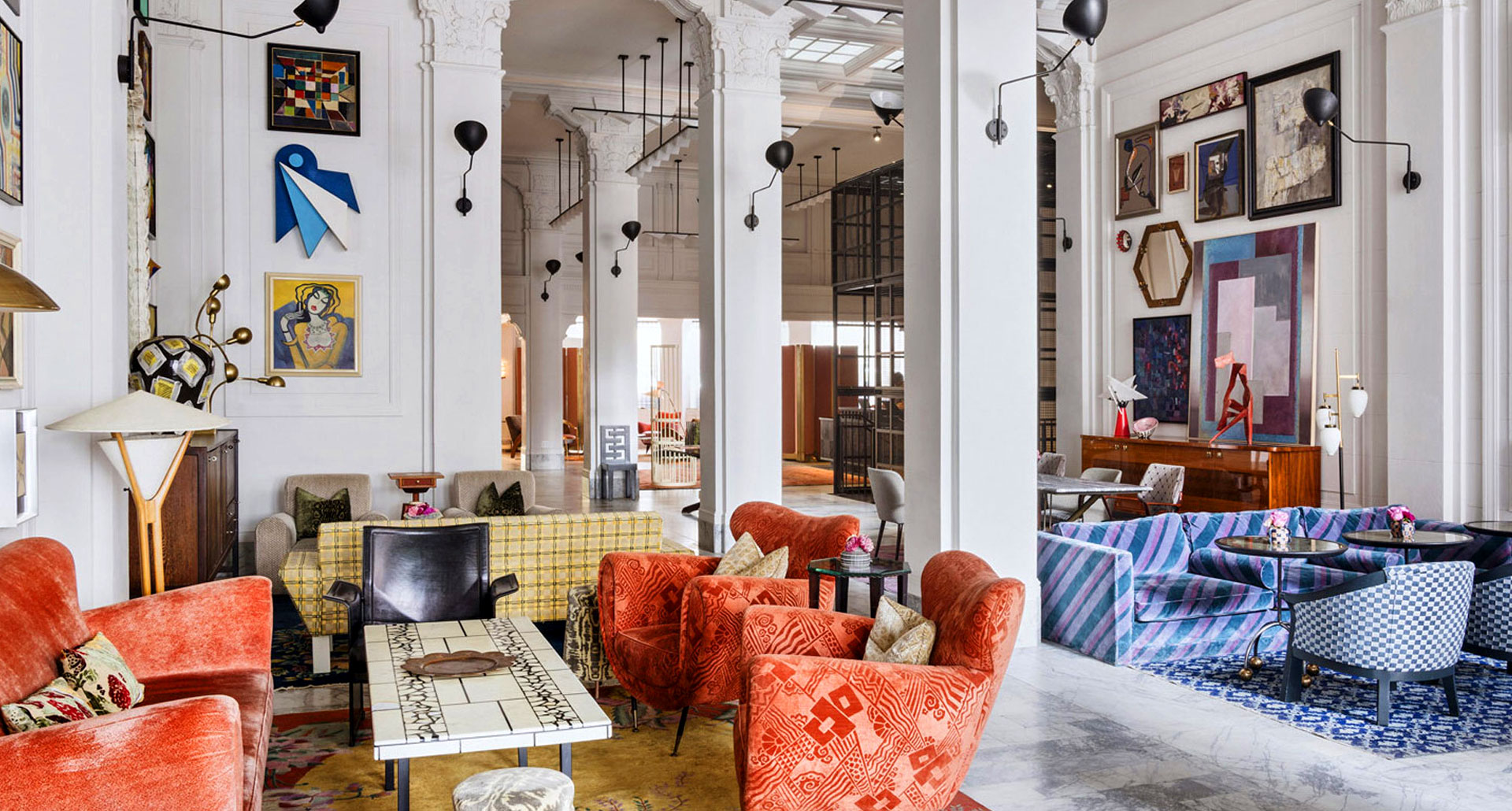 The Kelly Wearstler style jumps out of her West Coast rooms — dramatic, spirited, art-inspired contemporary design that blends seamlessly with vintage settings, notably the 1926 Beaux-Arts landmark that became her San Francisco Proper. She fills that century-old classic with boldly applied inspiration from a number of European design movements, combining the expected Victorian and Art Deco currents with Cubism to Bauhaus and beyond.

It’s a commitment to the graphic arts you see in all her hotel work, from the art and sculpture at Santa Monica Proper to the printed wallpaper in vivid colors and ornate china (not on tables, but hanging on walls) at the Viceroy Santa Monica. In a fascinating example of her ethos, the Viceroy is meant as a contemporary update of a century-old British country style, where clean-lined modern monochrome meets bright kelly-green antique-style furnishings. Contemporary meets vintage, indeed. 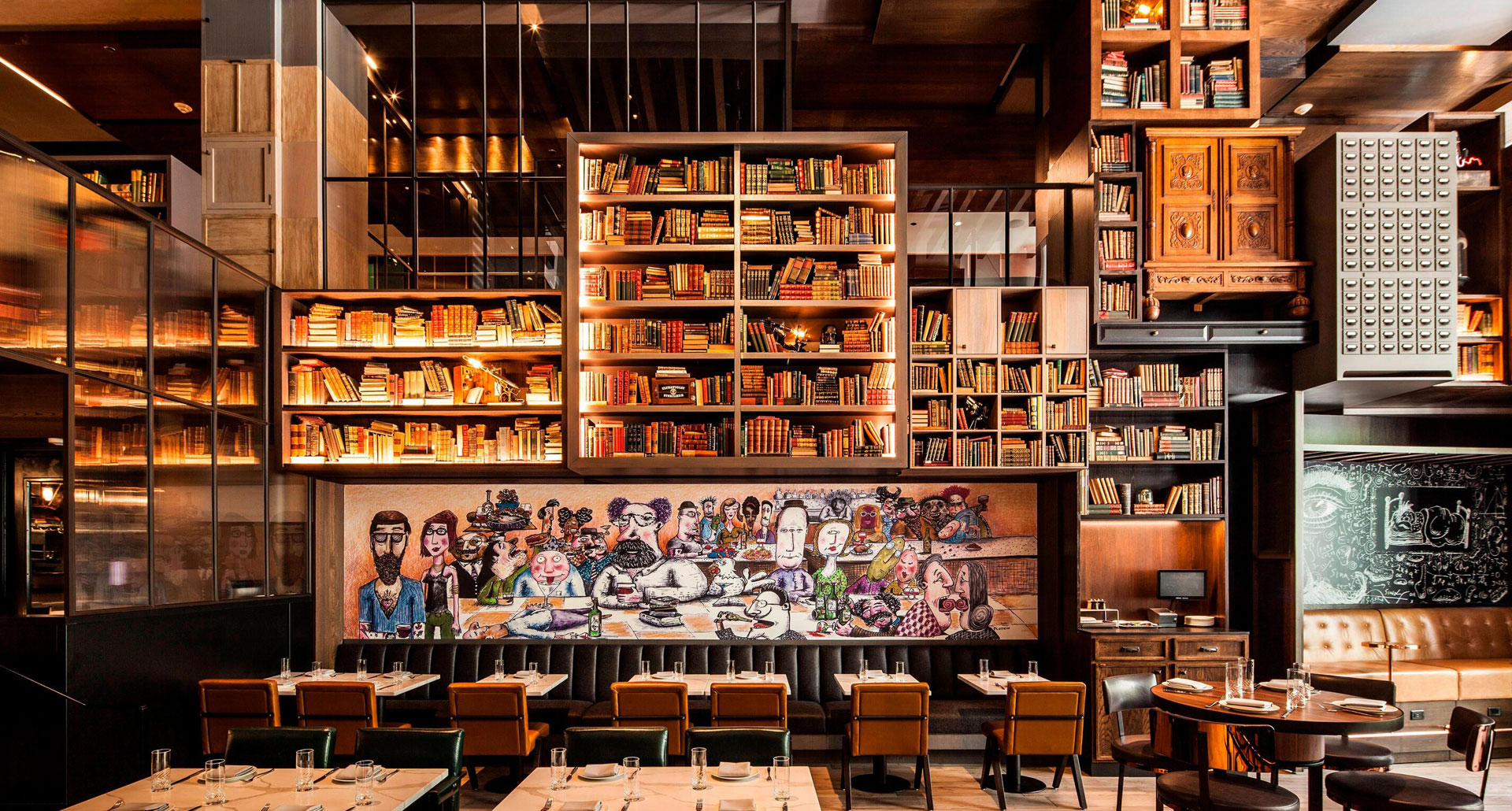 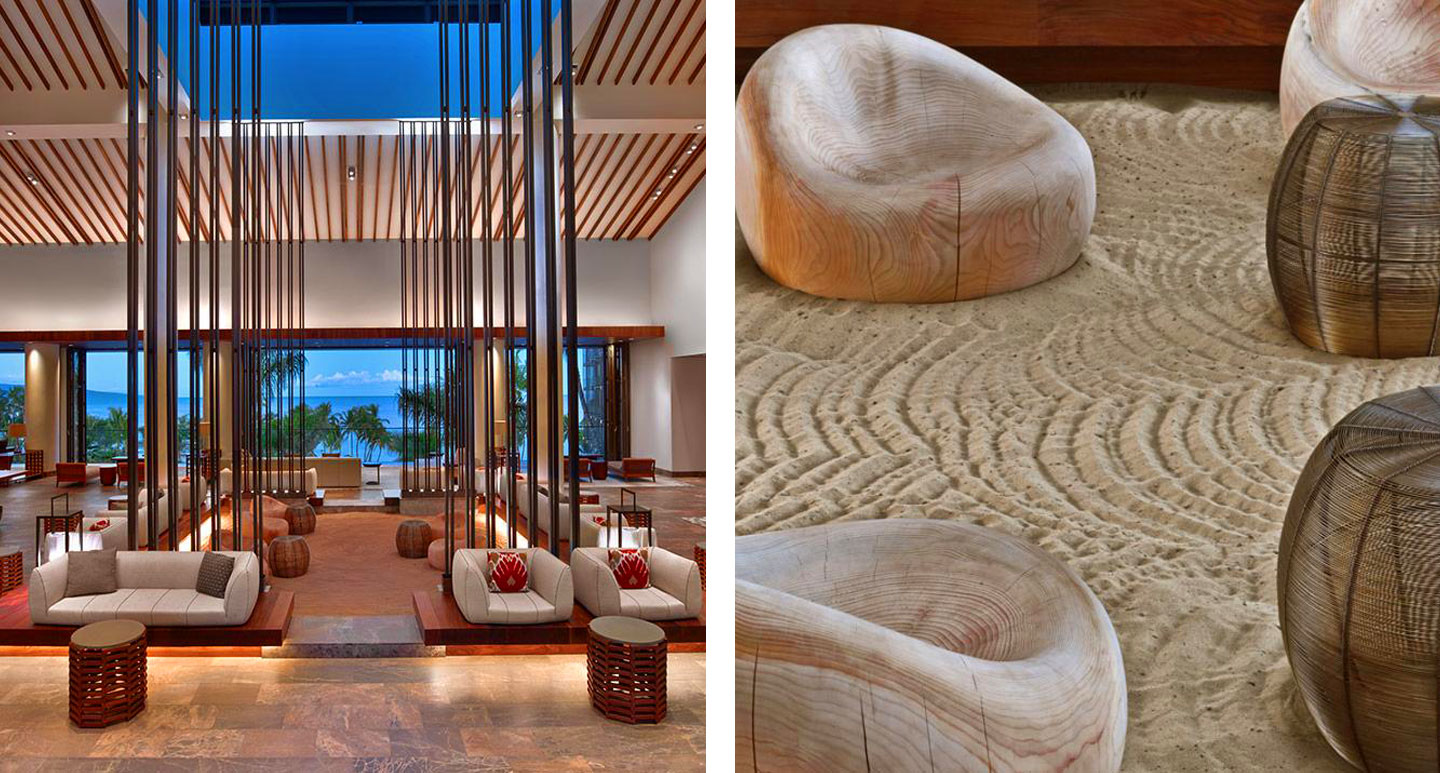 If you want to tour the world through the inventive and eclectic eyes of the Rockwell Group, you have more than a few touch points on Tablet. There’s the stacks and stacks of books between the funky design elements at Hotel EMC2, there’s the skylit sandpit in the lounge at Andaz Maui. There’s even a ‘70s-inflected “Shag Room,” found at Richard Branson’s very first Virgin Hotel, in Chicago. It’s all Rockwell, a design firm that seems to do everything, everywhere — and knows how to have fun. 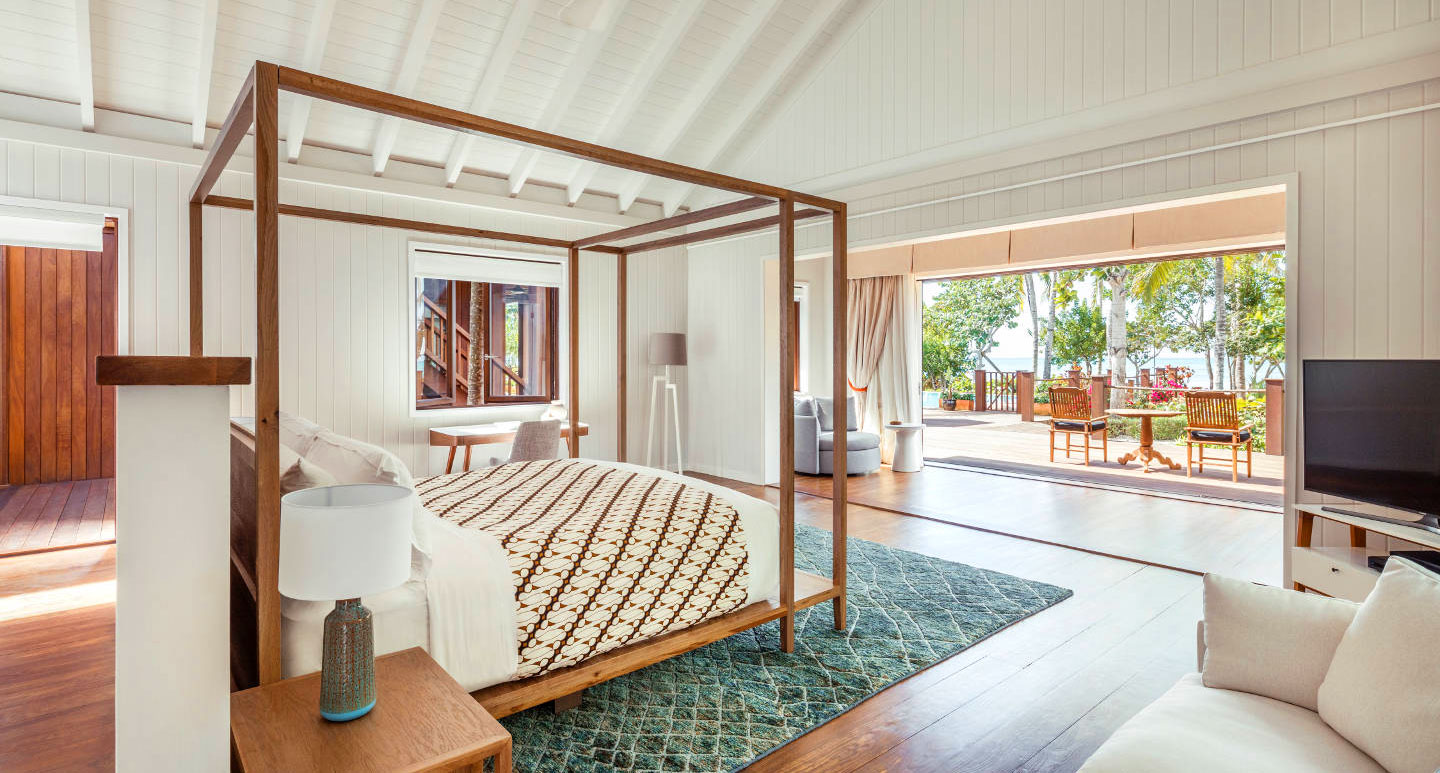 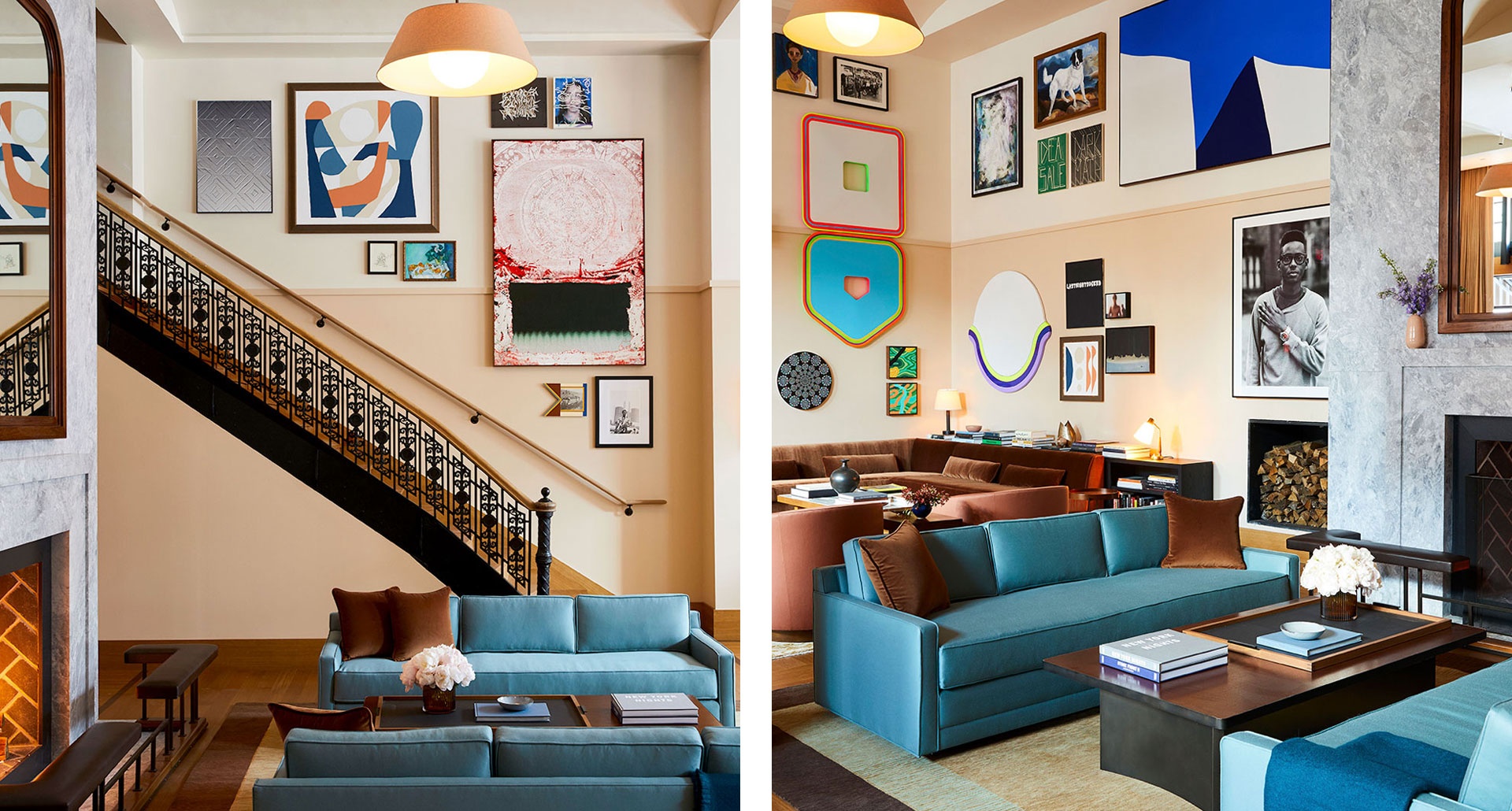 In the Shinola Hotel, Gachot Studios seeks to create a living symbol of Detroit’s revitalization. The result is a stylish, youth-oriented boutique hotel that plays up its historical heritage, its interiors recalling an idealized version of Detroit’s manufacturing heyday. It’s not just a lodging, but a social space as well — or, as Christine Gachot puts it, “the living room” of Detroit, filled with custom creations by Gachot. “And I know I say that a lot about hotel lobbies,” she continues. “But this lobby living room, in particular, has created jobs. It has created a place for people to work, to stay. It’s not just about who’s visiting Detroit. It’s about the people who are in Detroit now.”

Gachot, who had worked on the Standard Hotels with the legendary André Balazs before starting her own company with her husband, applies a similar sensibility — a desire to find a very purposeful raison d’etre (and, less heavy, an affinity for wood furnishings) — to all her projects, whether in D.C. at the politically-minded pied-a-terre Eaton or Turks and Caicos at the beach escape Como Parrot Cay. 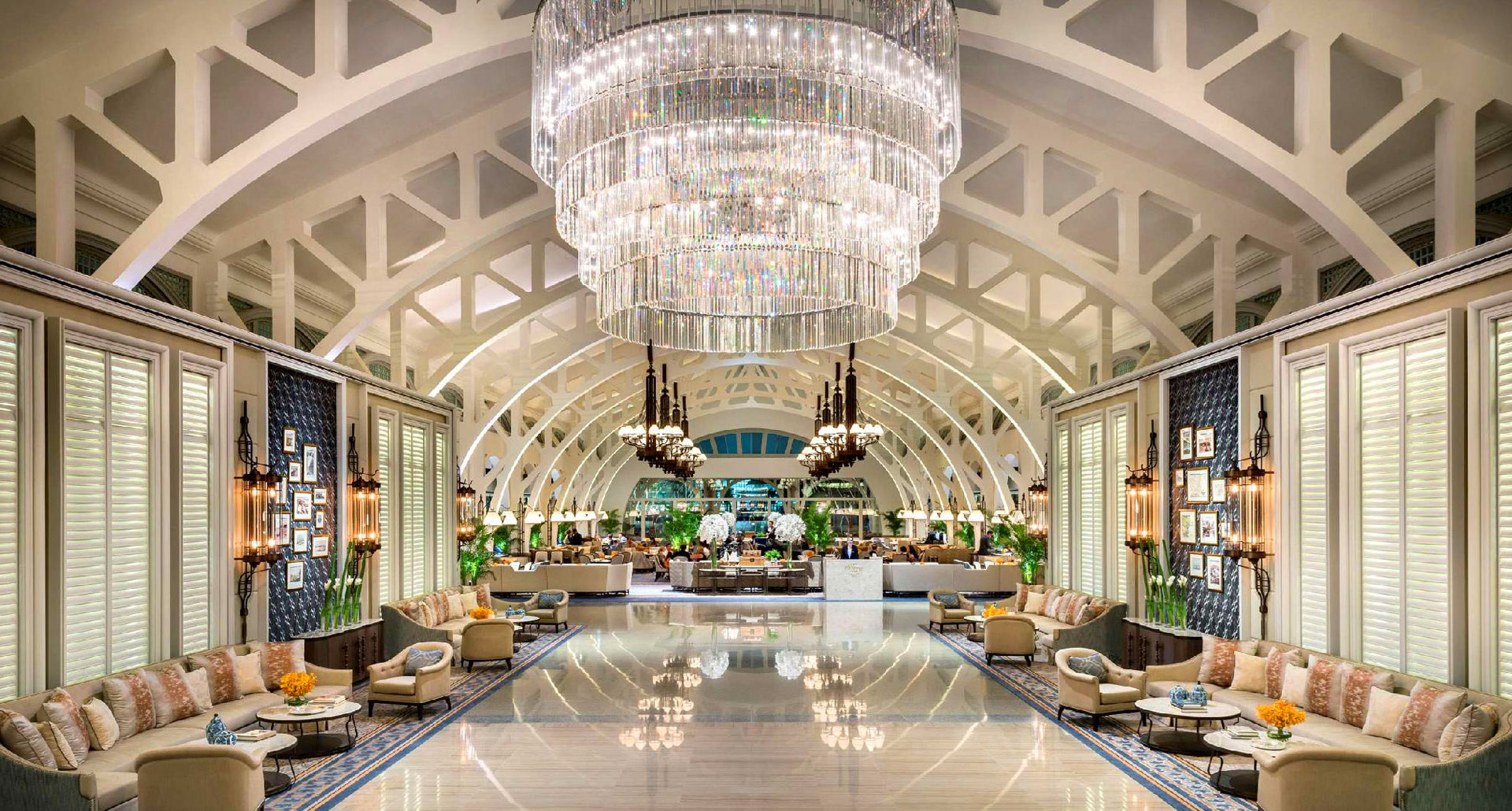 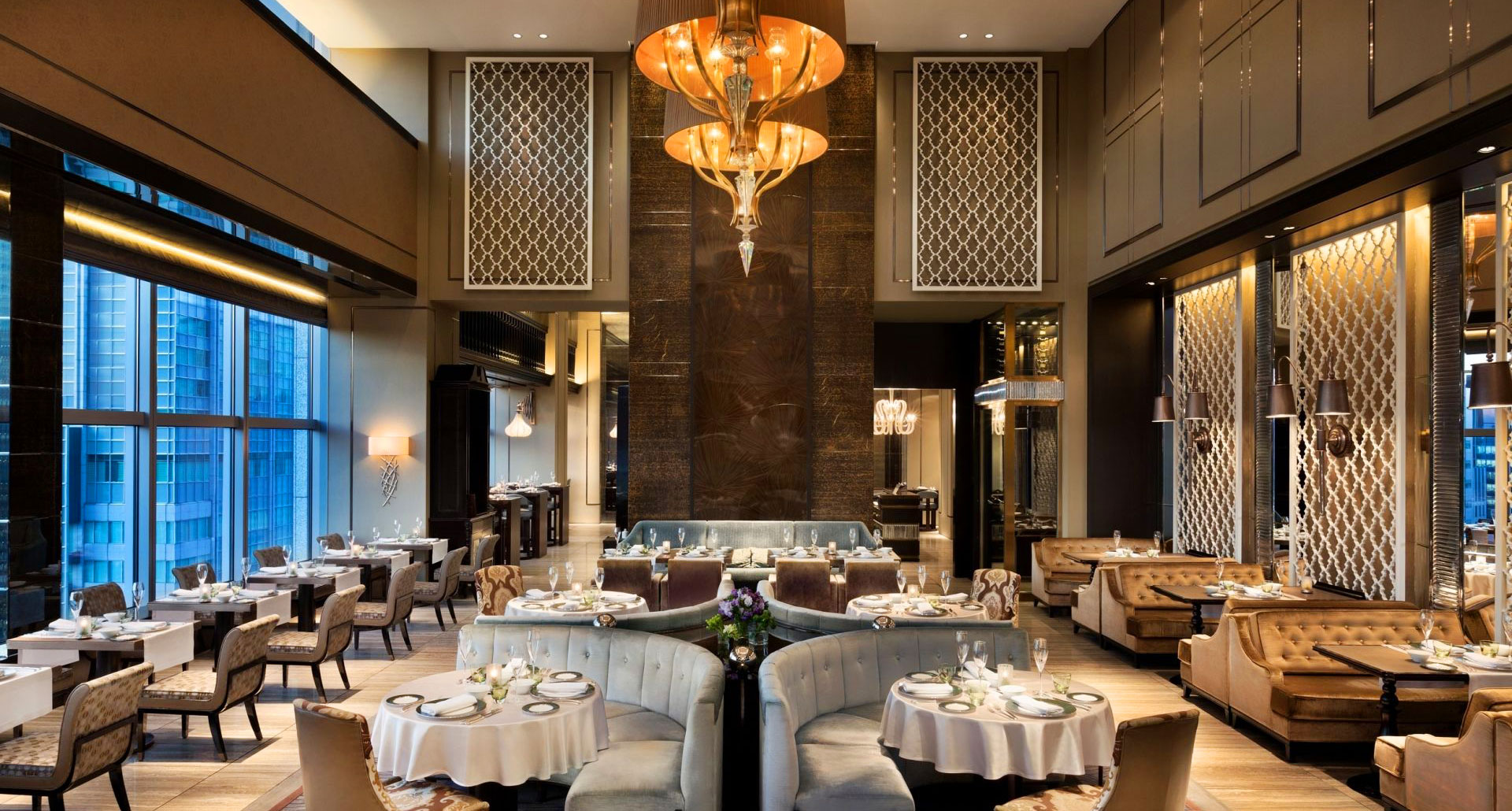 He’s behind some of the most stunning contemporary hotels in Asia. The grandiose dining rooms at Shangri-La Tokyo. The crisp-edged, Chinese modernism of the Upper House in Hong Kong. The exquisitely crafted K11 Artus, where seemingly mundane details like lighting and furniture exhibit the same care as the priceless artworks on display.

Then there’s the the Fullerton Bay Hotel, every inch a tribute to the gorgeous colonial era — but one that maintains Fu’s firmly contemporary vision instead of hewing too closely to historical reconstruction. And sometimes a well-crafted period piece is just more effective than a trip to the archives. Where a decades-old hotel would have to take pains to emphasize its modern elements, to prove it had kept pace with the times, the Fullerton Bay is free to indulge in as much colonial romance as it can handle. And the building’s bay views, it must be said, are even more extraordinary when viewed through modern floor-to-ceiling windows. 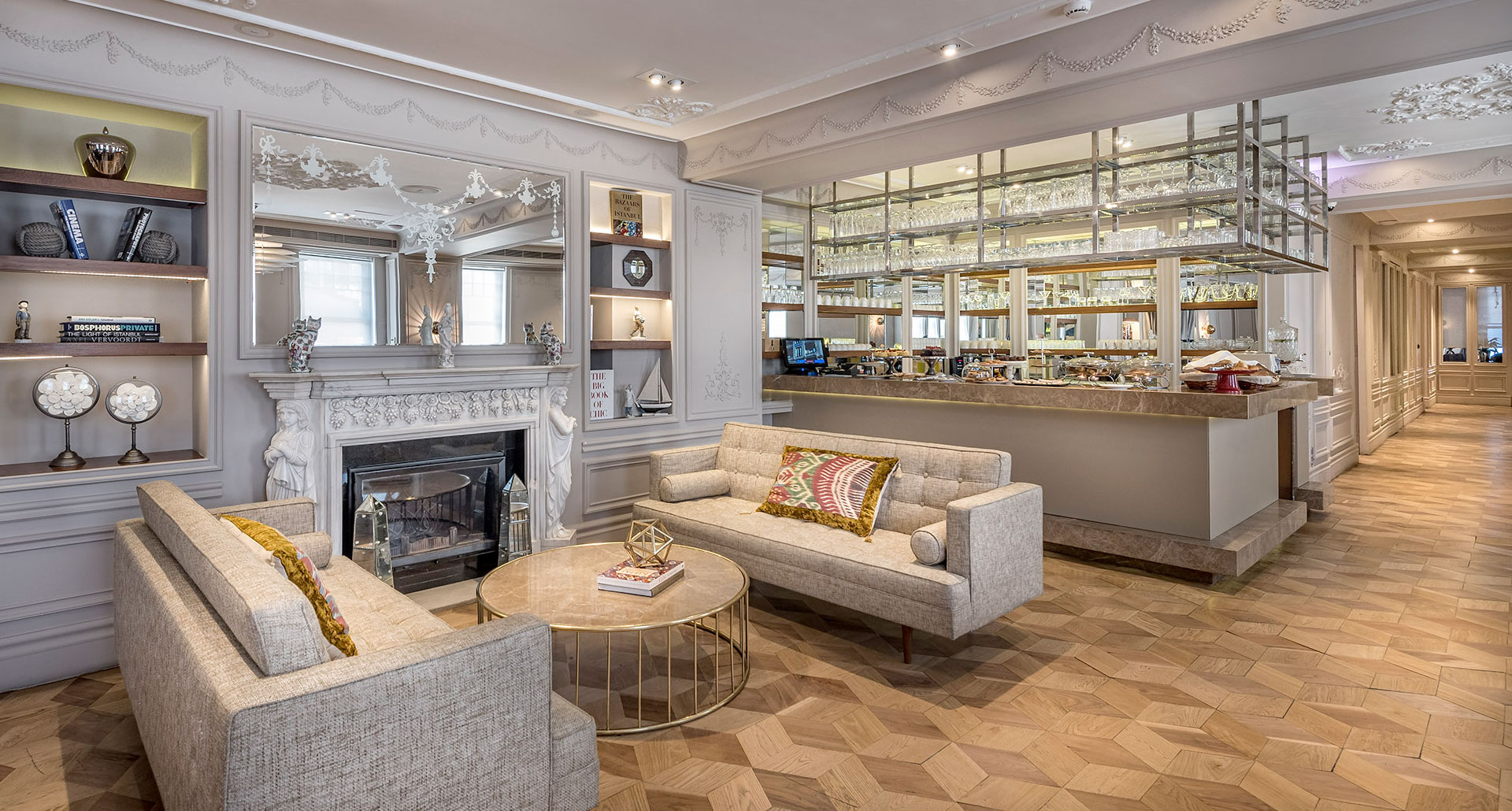 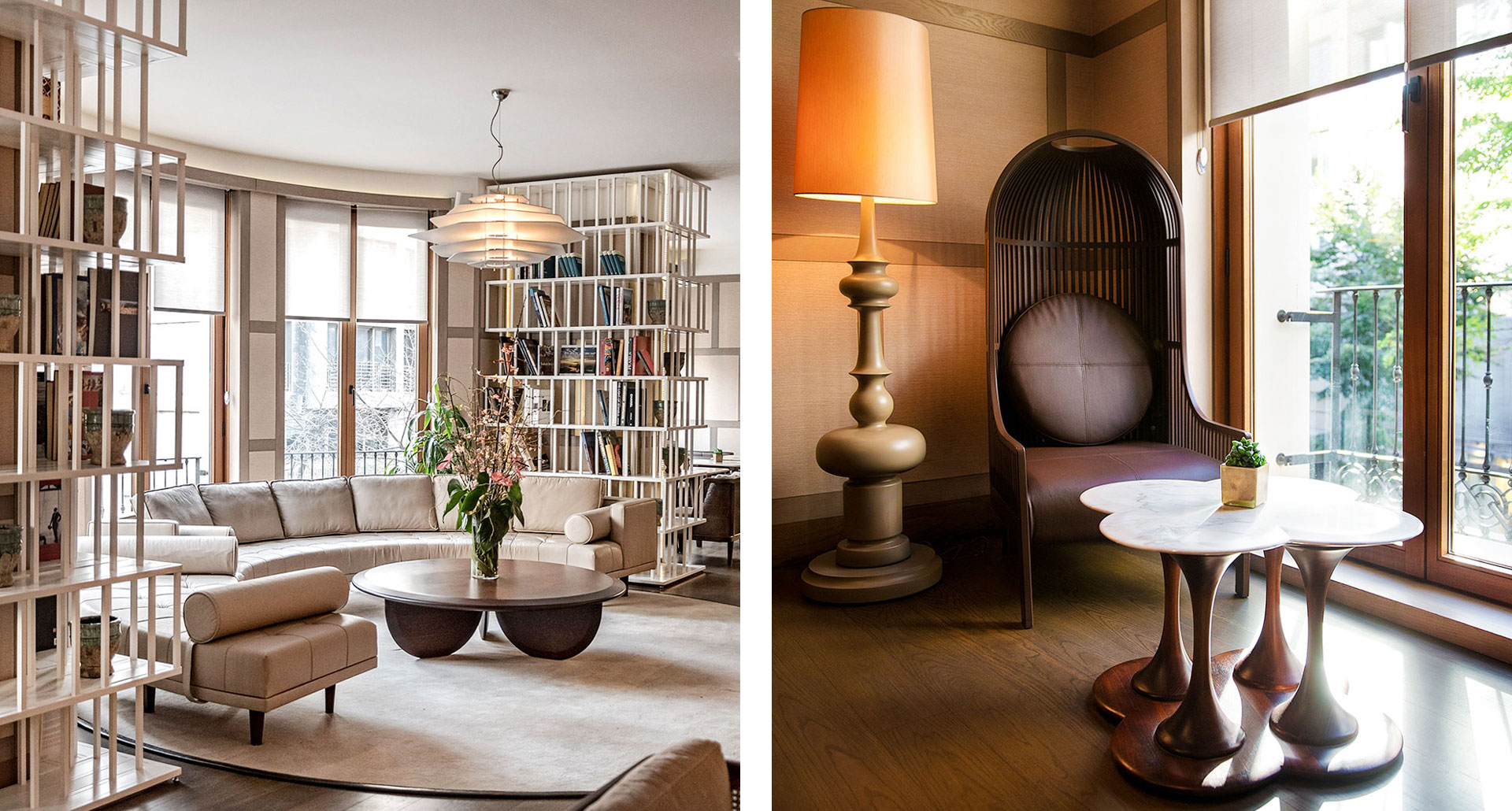 Between the Witt Istanbul Suites and the two Stay Hotels (Nisantasi and Bosphorus), if you find yourself marveling at a contemporary interior in Istanbul, it’s likely by Autoban. At the Stay Bosphorus, ancient Ottoman influences kept intact within the historic building — namely, the doors and window frames — mix with the clean lines and luxe materials of contemporary European practice. The Witt is similarly modernist-inspired, but also lush and luxurious, with space-age lines expressed in rich textures of wood and leather — the intention is for a guest to feel “like they’ve just stepped into their dream apartment.” And if you find yourself marveling again, this time at a particular piece of furniture (say, the bookcase at the Stay Nisanti), it’s likely Autoban’s custom work. The use of their own furniture design in their projects contributes to something far beyond the off-the-shelf look of too many boutique hotels.