While corona kept our bodies from going on any big getaways this year, there’s still time to send our minds on a trip to the destinations we most desire — via our stomachs.

You probably noticed, but travel was a little different in 2020. Most of us weren’t able to visit the places we love or the places we’d been longing to go. When actual travel isn’t an option, though, nothing transports us to our favorite places like food. If Proust’s madeleine conveys a childhood in France, a pasteis de nata can convey a week’s vacation in Lisbon. If you’re an Anglophile who’s been legally barred from visiting England, diving into a classic English Christmas hamper is the next best thing to being there. And when you can’t get down to Florida, have some Key lime pie sent up.

We canvassed our staff and correspondents around the world for the foods that remind them most of home. But we had to stop somewhere. We’re hoping you’ll pay it forward with some additional gems in the comments below. Happy Holidays! 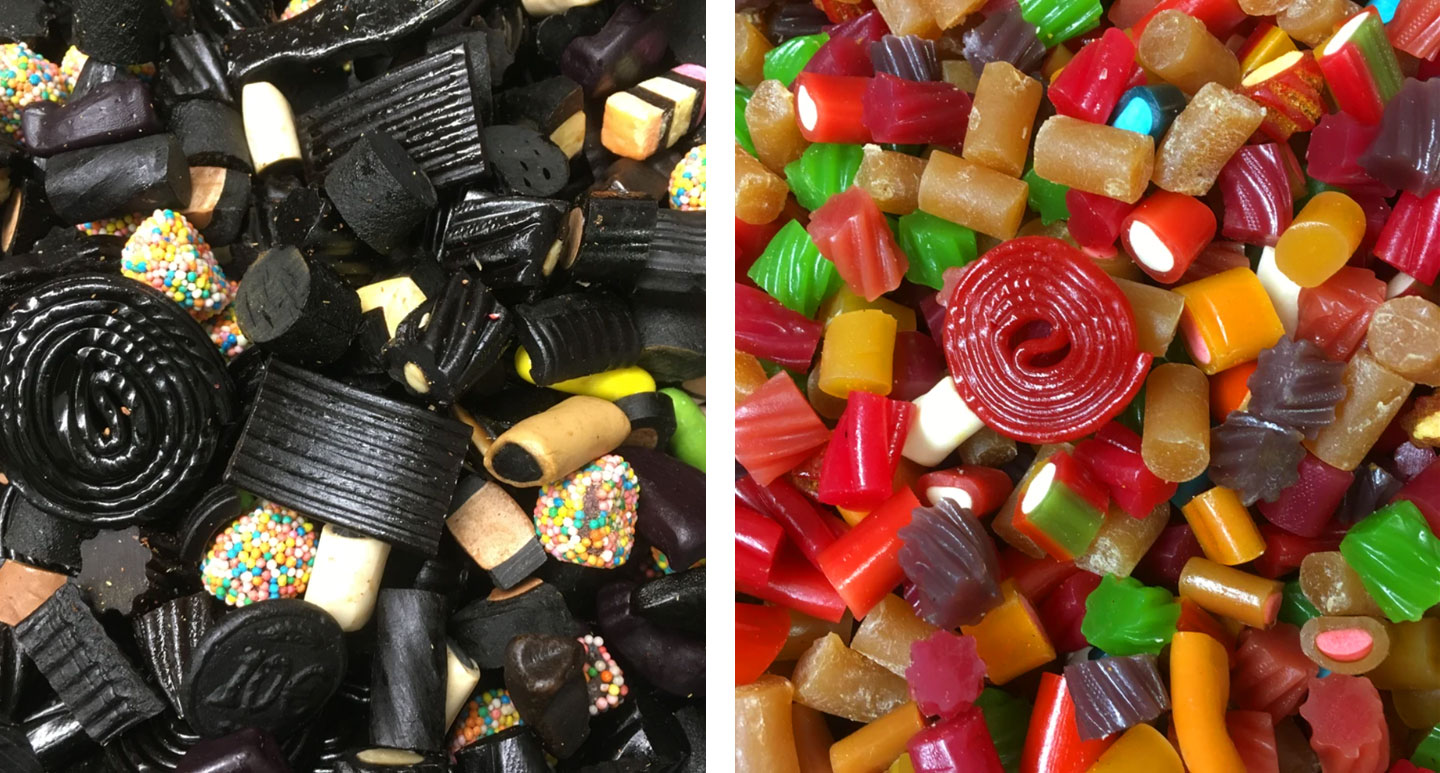 The Staples: Australian food can sound like it’s from another planet, written in some futuristic, twisted version of English. The Australian Food Shop has all the staples — from Tim Tams, Fantales, and Cherry Ripes to Milo and Bundaberg ginger beer. We won’t even mention Vegemite. Their care packages have a perfect selection. Buy at theaustralianfoodshop.com →

Licorice: But not to be forgotten? Licorice. Australia is a country that does licorice differently. Passionately. Creatively. Trust us — it’s not like Twizzlers. At the Licorice Shop, that passion comes through as delight in “converting the licorice hater into a licorice lover.” That’s probably not the goal when you’re giving it as a gift — but for the licorice-loving, Australia-deprived loved one in your life, check out their many, many favorites, flavors, and combo packs. Buy at thelicoriceshop.com.au/ → 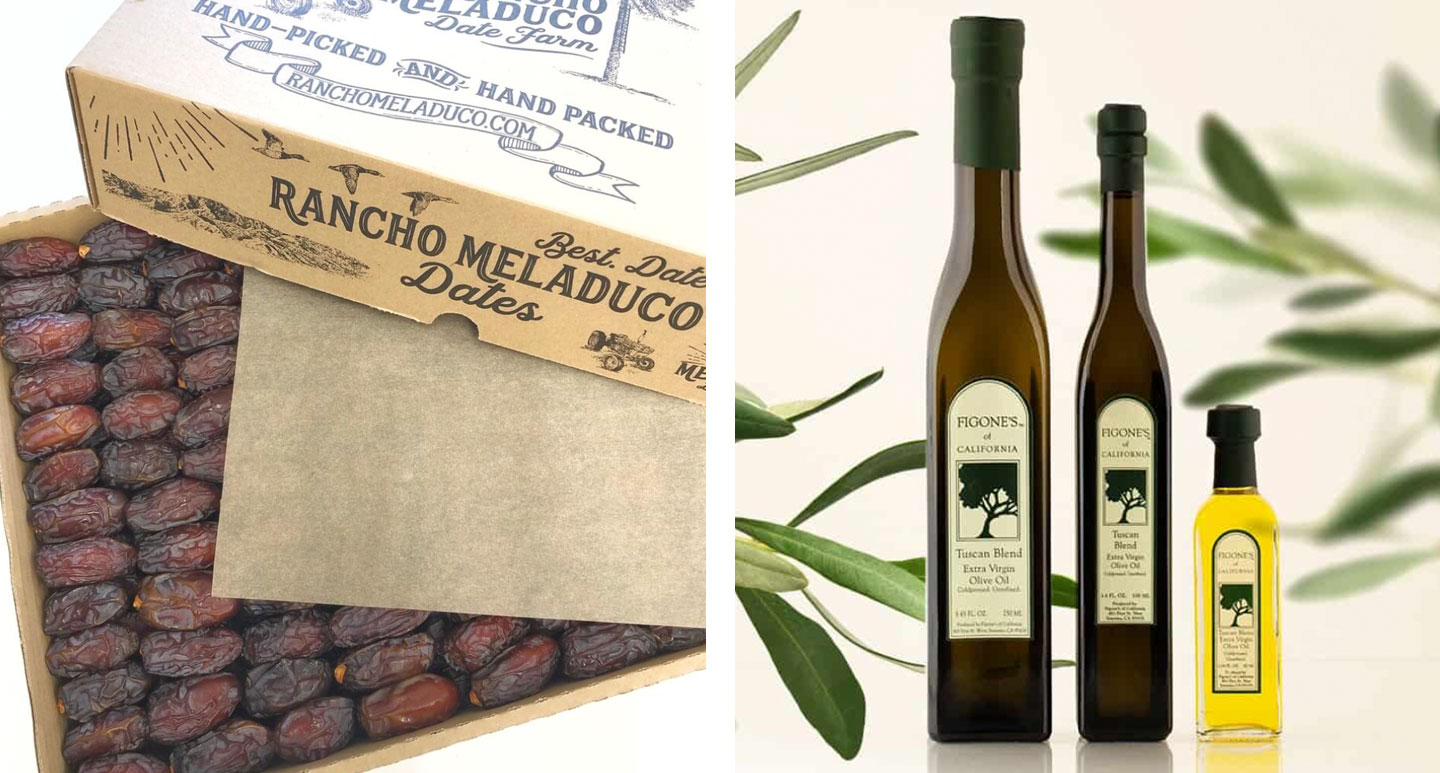 Dates: In the Coachella Valley, there’s a date farm run by a “mother of three, home cook, and backyard gardener” from Newport Beach. After years of compliments on the dates from her ranch, Joan Smith decided to start her business — five years later, her Rancho Meladuco dates are the perfect gift of southern California. Buy at ranchomeladuco.com →

Olive Oil: Moving north, there’s an overwhelming number of Sonoma wines to recommend, but for a non-alcoholic taste of wine country, go for a great bottle of olive oil. Figone’s Olive Oil Co, a family-operated producer of olive oil and balsamic located in the heart of Sonoma, is our pick. Buy at figoneoliveoil.com → 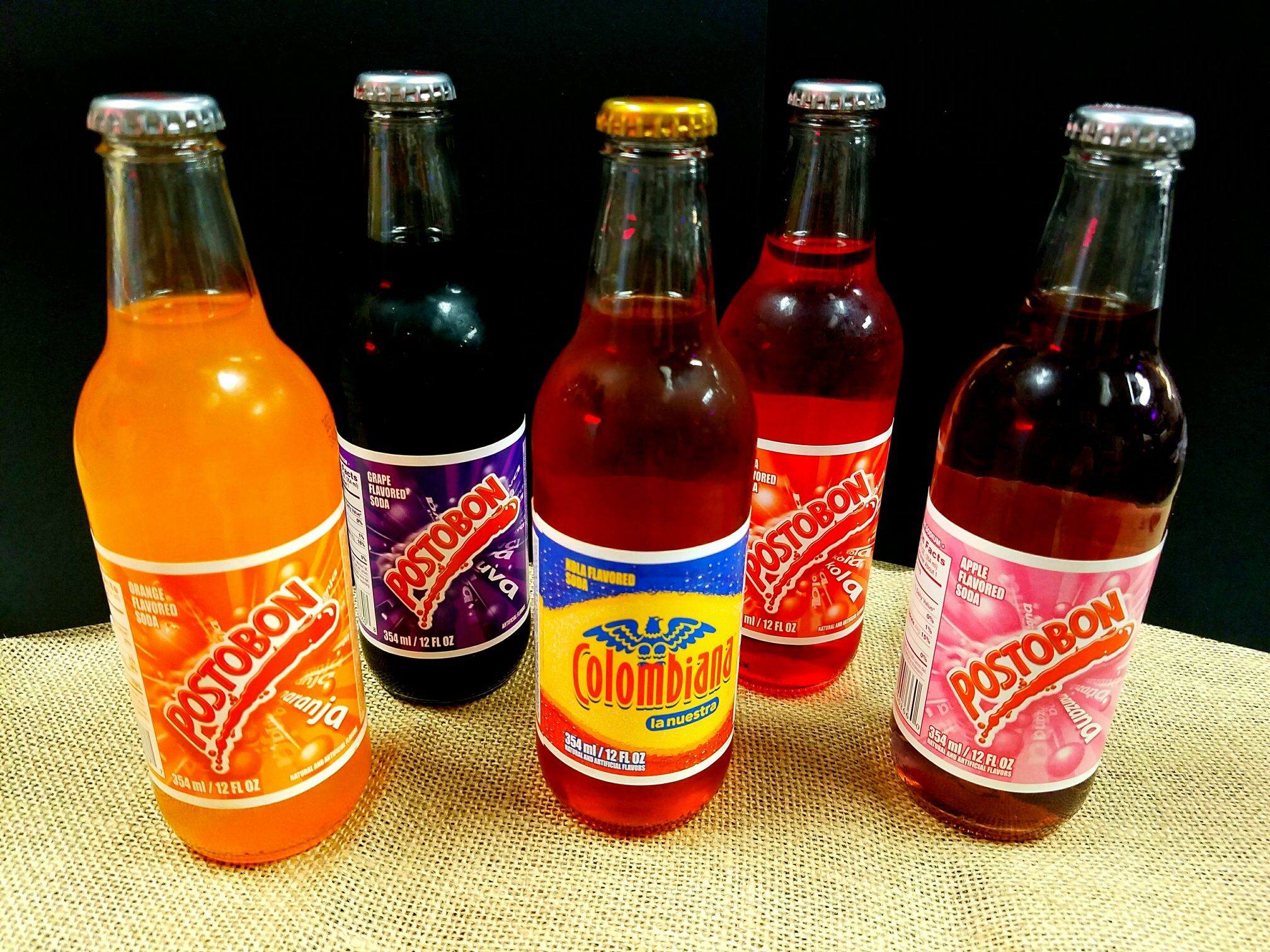 Postobón and Colombiana: If you have a taste for the flavors of Postobón, a soft drink giant in Colombia and South America in general, you’re uniquely to be satiated anywhere else — it’s a roster that includes Manzana Postobón (apple) and Colombiana (“champagne kola,” like cream soda). And if you know, you know. You don’t need us to tell you to use the latter to make a cocktail known as the Refajo Colombiano (Colombiana + beer). Buy at amigofoods.com → 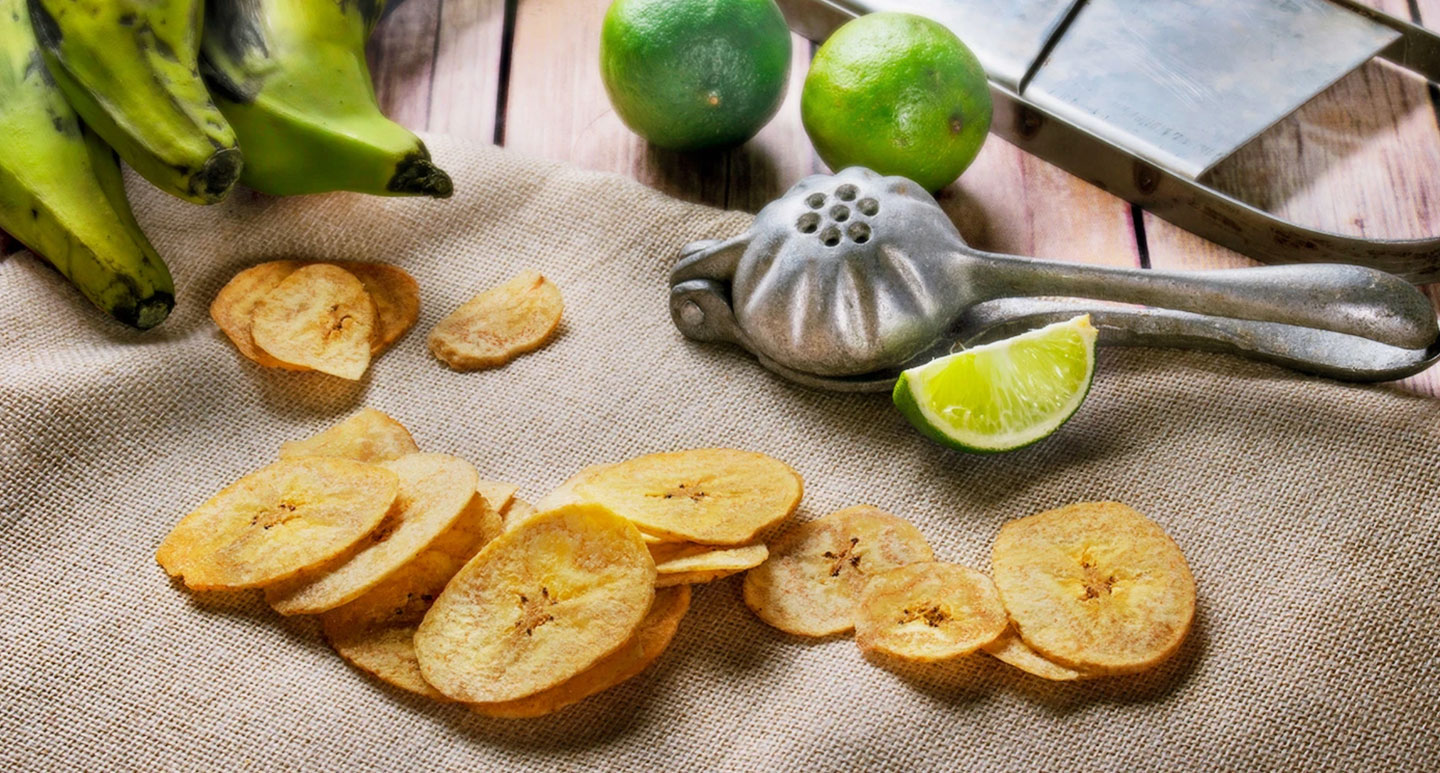 Chifles: Named the best plantain chip in America, the idea for Chifles (the company) began decades ago, conceived of by an Ecuadorian geophysicist and his Carolina-born wife, Peggy, both enamored by the fried plantain chips (chifles) hawked on the streets of Ecuador and Cuba. The Florida-based, family-run company has made plantain chips for over five decades. Gluten-free, vegan-friendly, delicious. Buy at chifleschips.com → 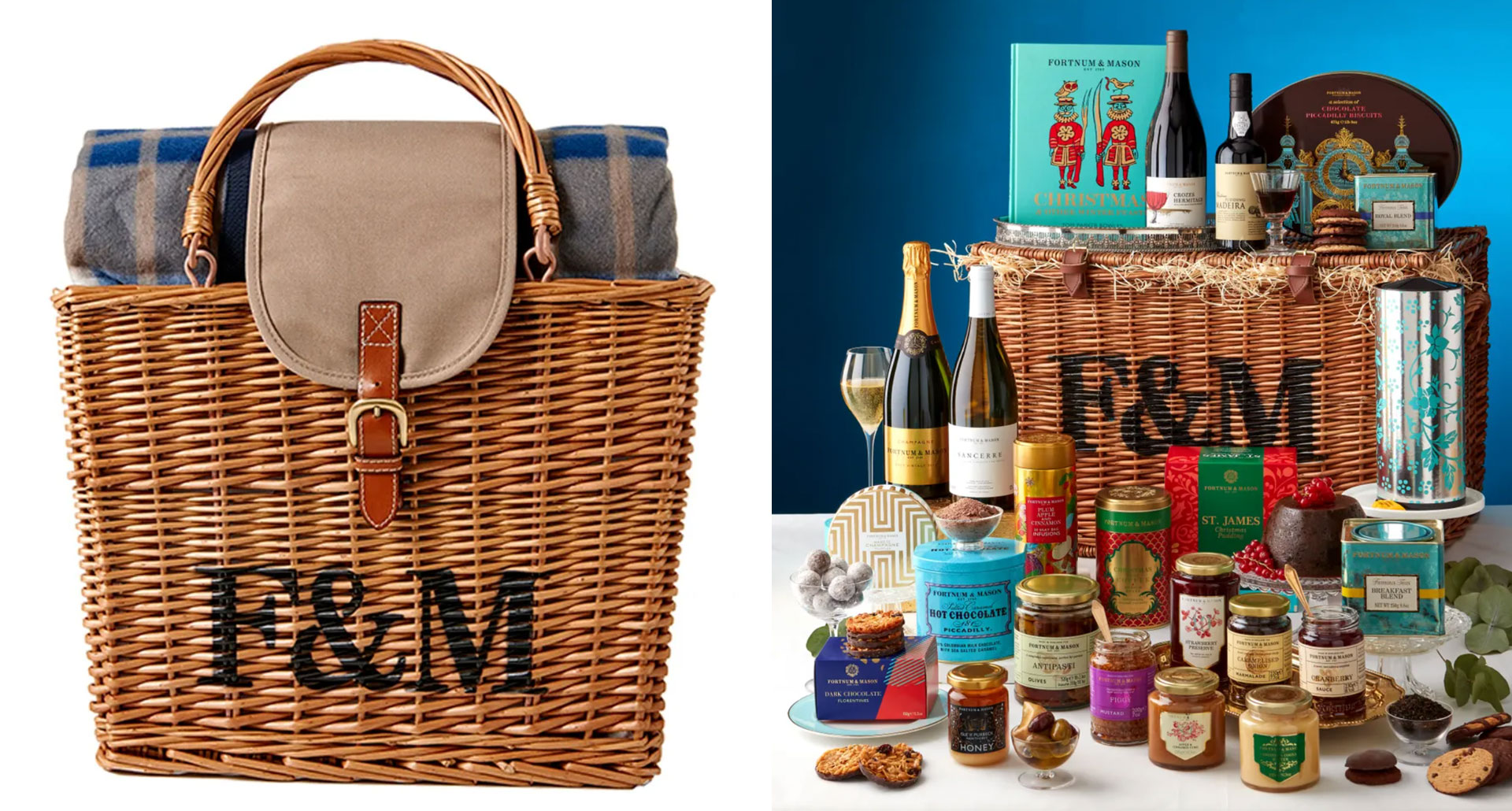 Christmas Hampers: You’re probably not going to send the gift of fish and chips, so we’d recommend you lean into the spirit of the season. Fortnum & Mason is an upscale department store in Piccadilly, and they offer just the Christmas hampers you’d hope — the “classic” is stuffed with champagne, tea, biscuits, marmalade, blackberry preserve, cranberry & port chutney, pudding, and truffles. Buy at fortnumandmason.com → 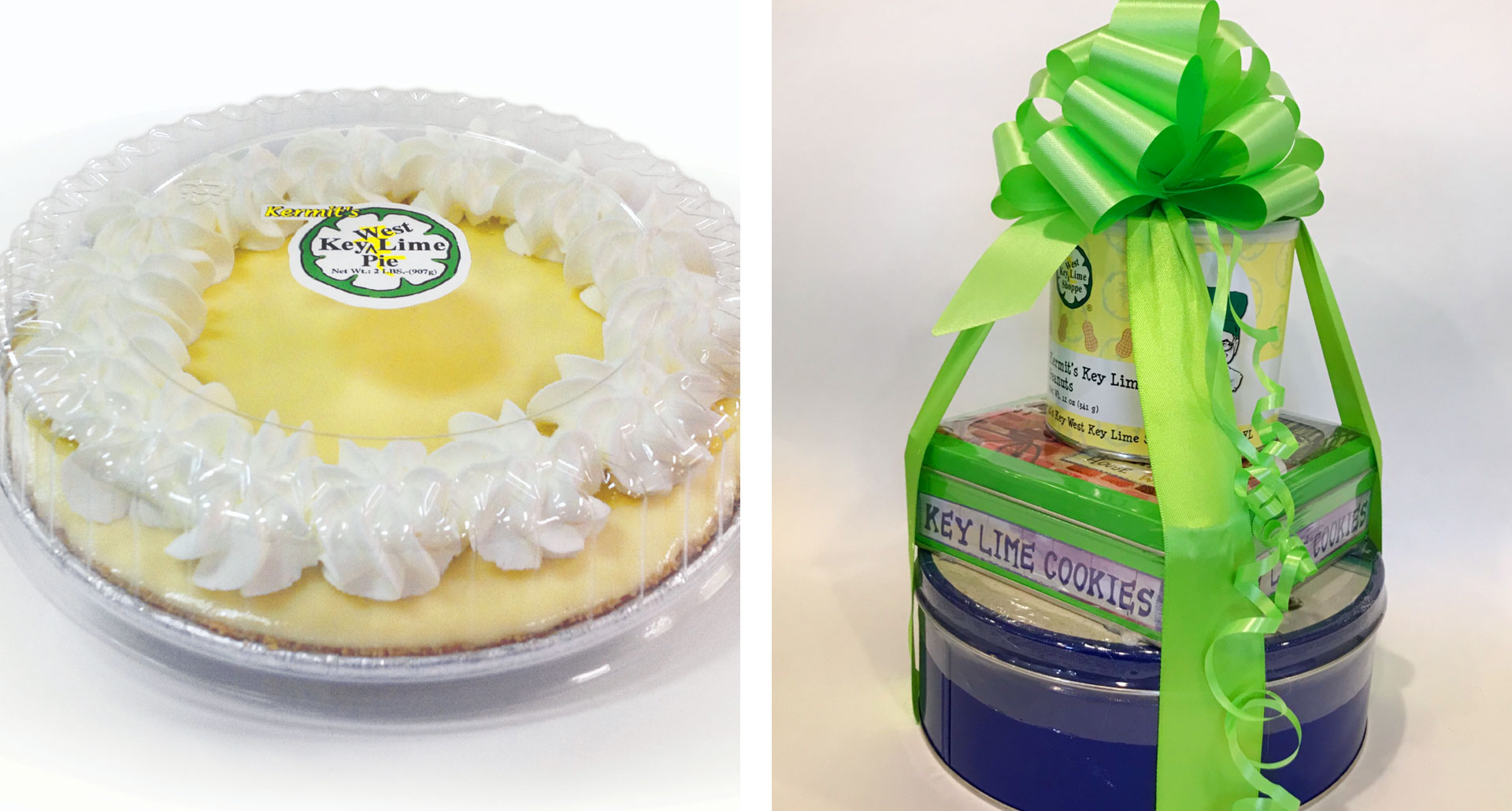 Key Lime Pie: Of all the Florida foods — orange juice, fritters, stone crab — the most craveable and shippable has to be the Key lime pie. Our favorite of all time is from Kermit’s. For the truest of Key lime enthusiasts, they also offer Key lime cookies and key lime peanuts. Like we said, for enthusiasts. Buy at keylimeshop.com → 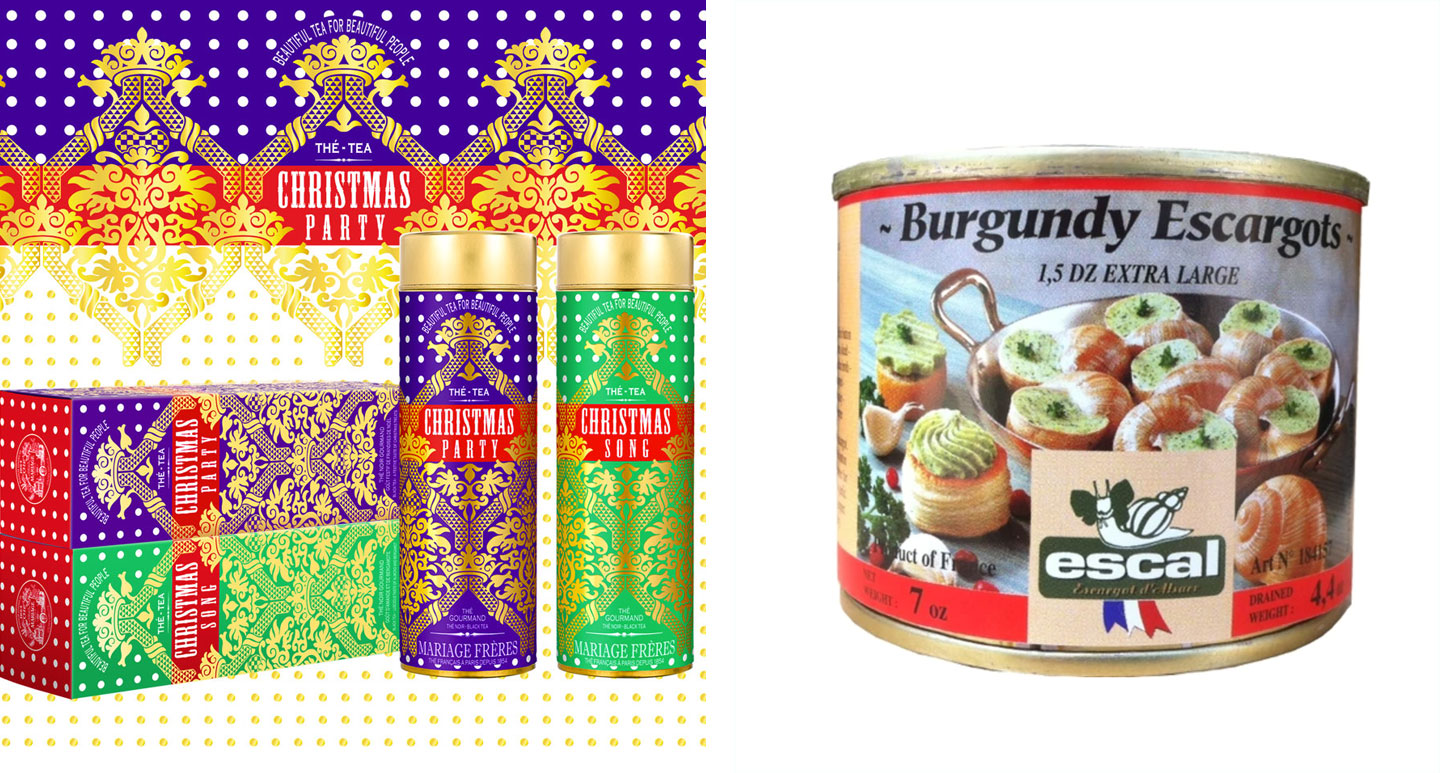 Tea, Macarons, or Escargot : As you might expect, when it comes to culinary gifts from France, there’s no shortage. We’d start with tea from the 19th-century gourmet Mariage Frères, macarons from the similarly storied Ladurée, or simply anything from Simply Gourmand, an online French grocery store for traditional flavors and ingredients. Send chocolate to anyone and escargot to the refined. Buy at simplygourmand.com → 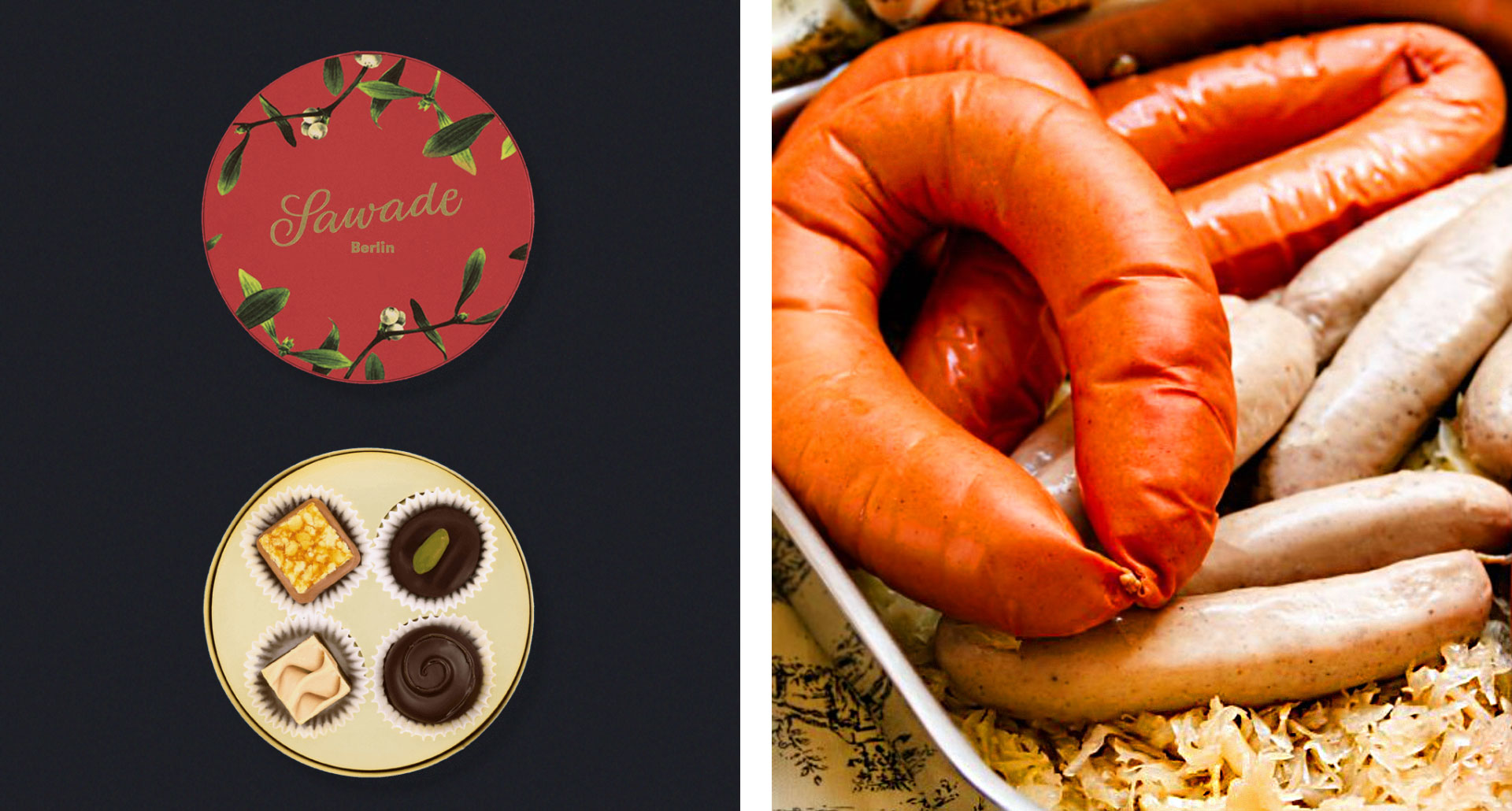 Chocolate: If you’re missing German food, chocolate might not be the first thing on your mind. But Sawade, Berlin’s oldest chocolate factory, is both delicious and attractive in boxes designed to pay tribute to the history of the city. Buy at sawade.berlin →

Sausages: For Americans, indulge in the perhaps more typically German sausages, cold cuts, and mustards of local NYC favorite Schaller & Weber. And for everyone else, a gift card for the local Berlin chain CURRY 36 — for when travel finally returns — is a promise that the currywurst is yet to come. Buy at curry36.de → 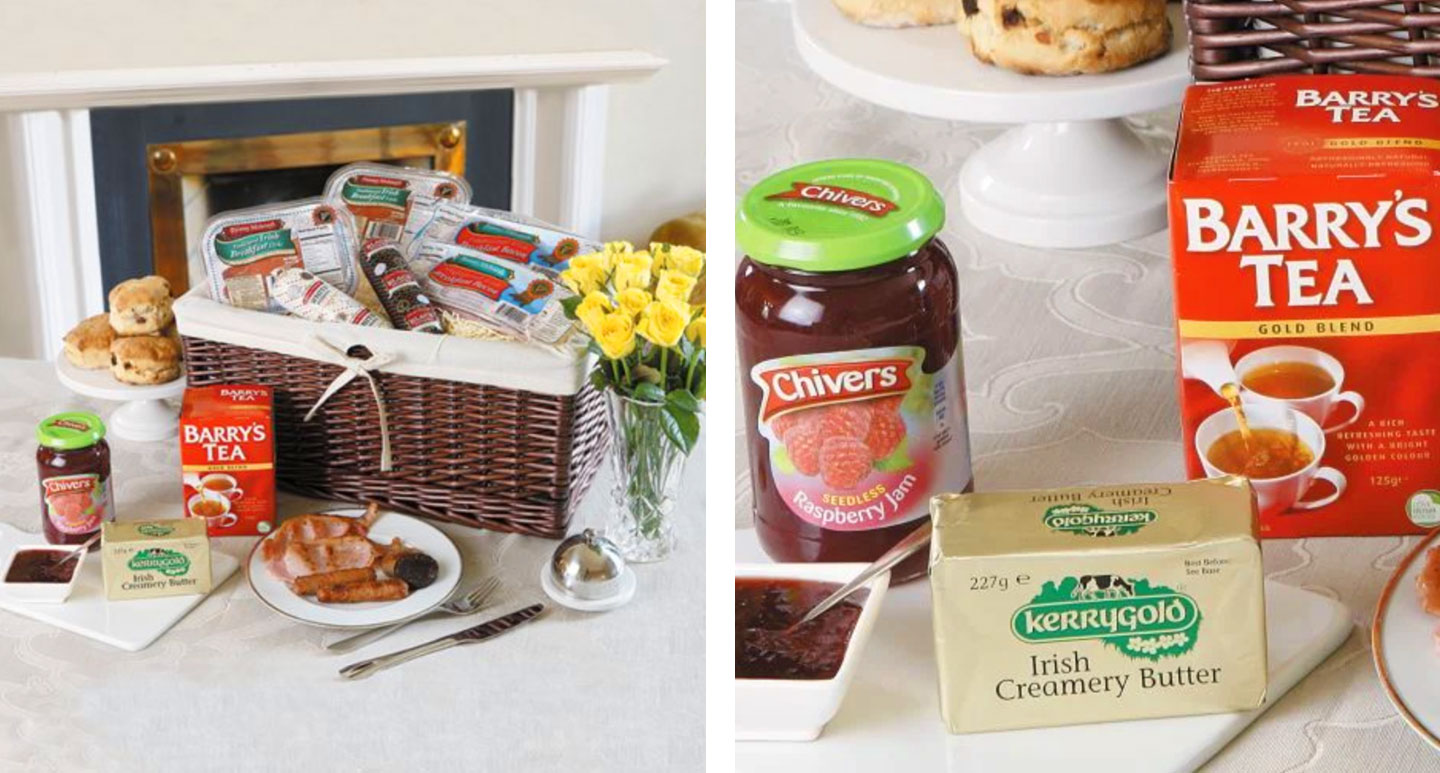 Full Irish Breakfast: If you want to give the gift of waking up in Ireland without the plane ticket, the “Full Irish” (breakfast, that is) is the clear alternative. The Irish Store is a, well, Irish store that ships it all directly to the US in a wicker basket: Irish sausages, breakfast bacon, black pudding, soda bread, butter, tea, jam. (They also sell Aran sweaters.) Buy at theirishstore.com → 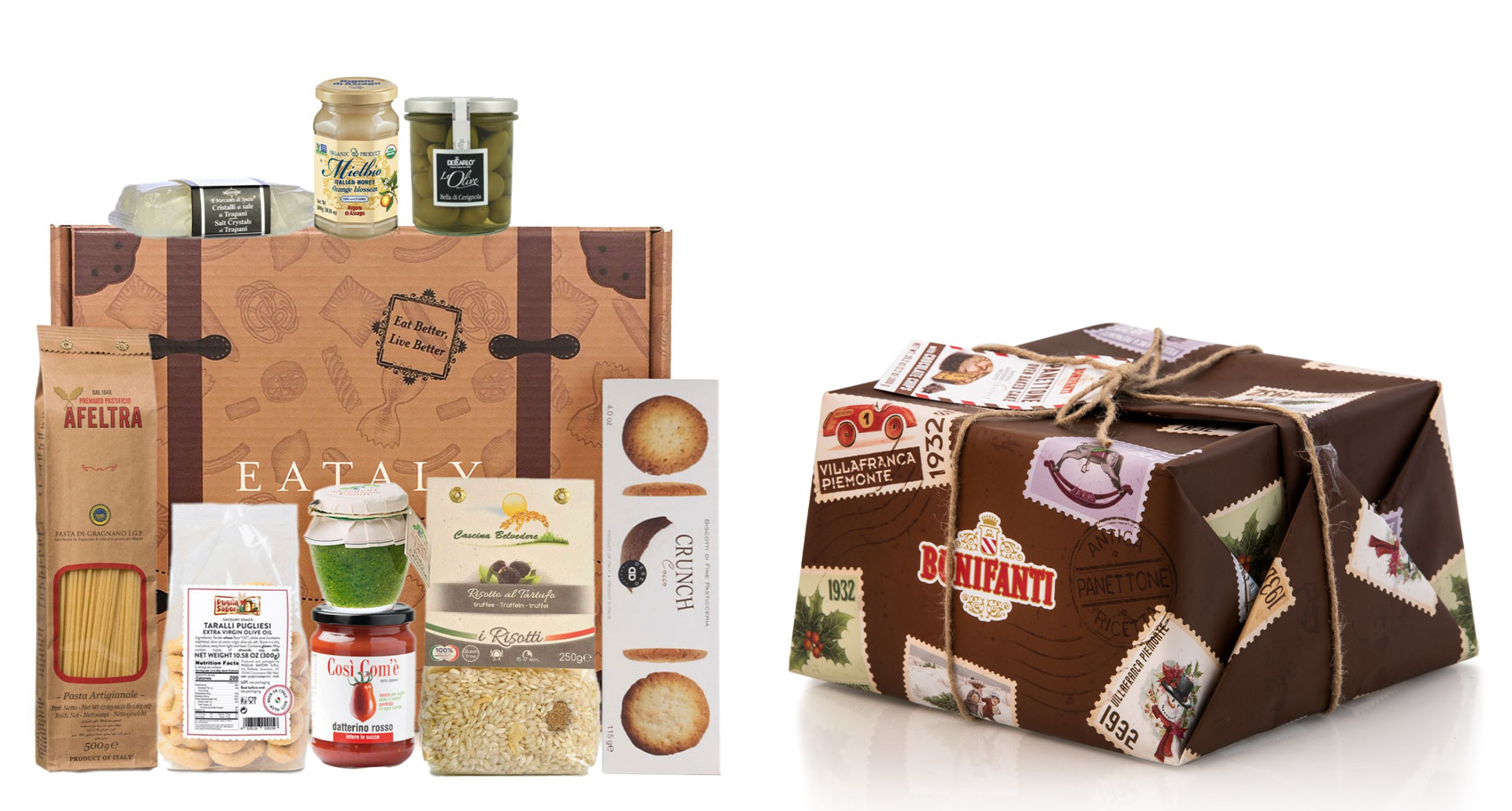 Dinner for Two: As befitting a culinary headquarters like Italy, the much loved marketplace Eataly has too many options to choose from (and they sometimes depend on where you live), but if you can send off a full dinner for two complete with truffle risotto, cerignola olives, Genovese pesto, and Deseo cookies, you do that. Buy at eataly.com →

Wine: If you’d rather go with an authentic Tuscan wine, you have that option too — we recommend the selection from Tenuta Torciano. Buy at torciano.com/ → 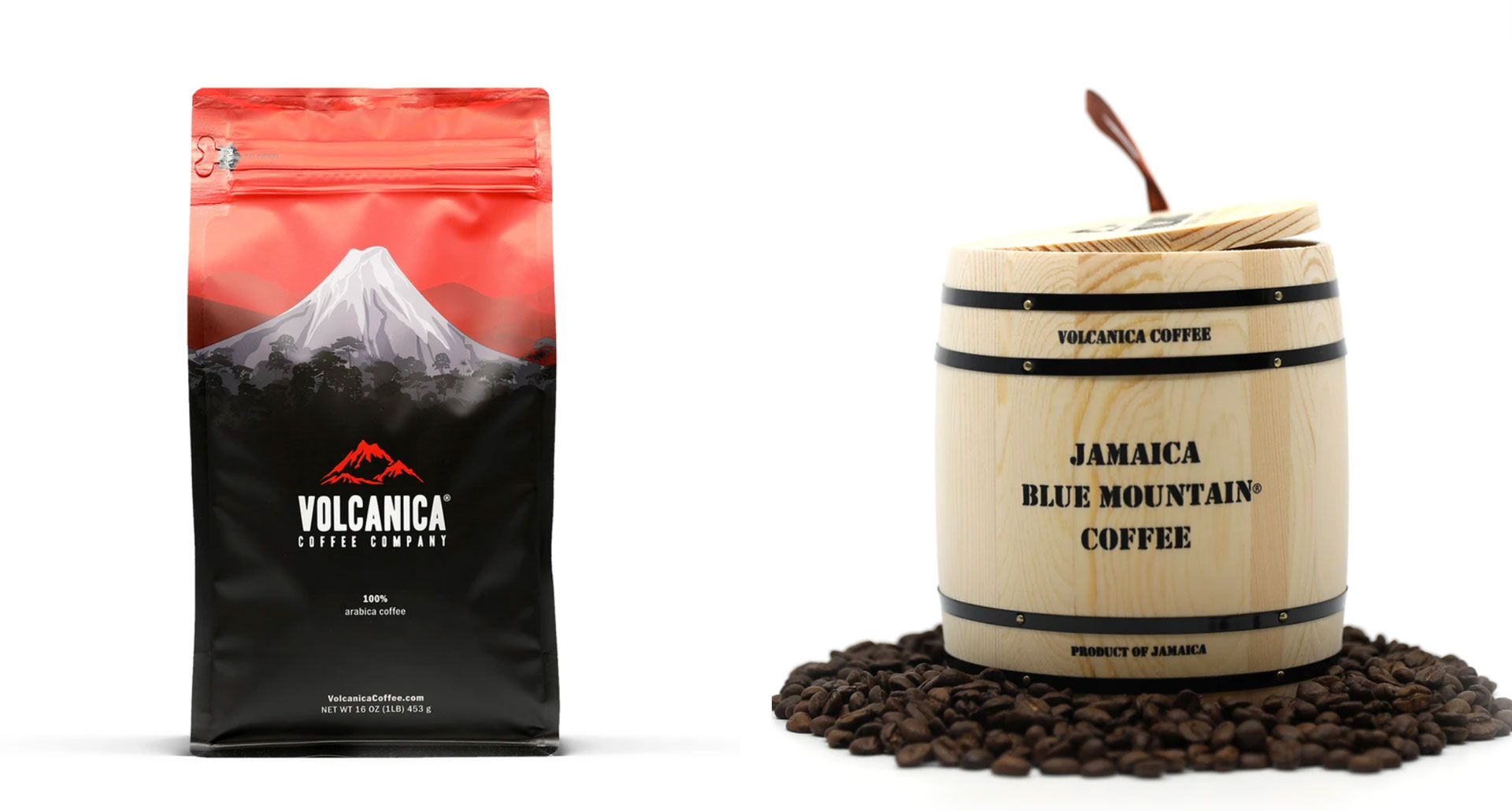 Coffee: Blue Mountain Coffee is famous among coffee aficionados around the world, and it’s such a commodity that it needs to be regulated by a government board to ensure its reputation remains unsullied. We’ll point you towards the board-certified Volcanica. Ask anyone — this stuff is expensive for good reason. Buy at volcanicacoffee.com/ → 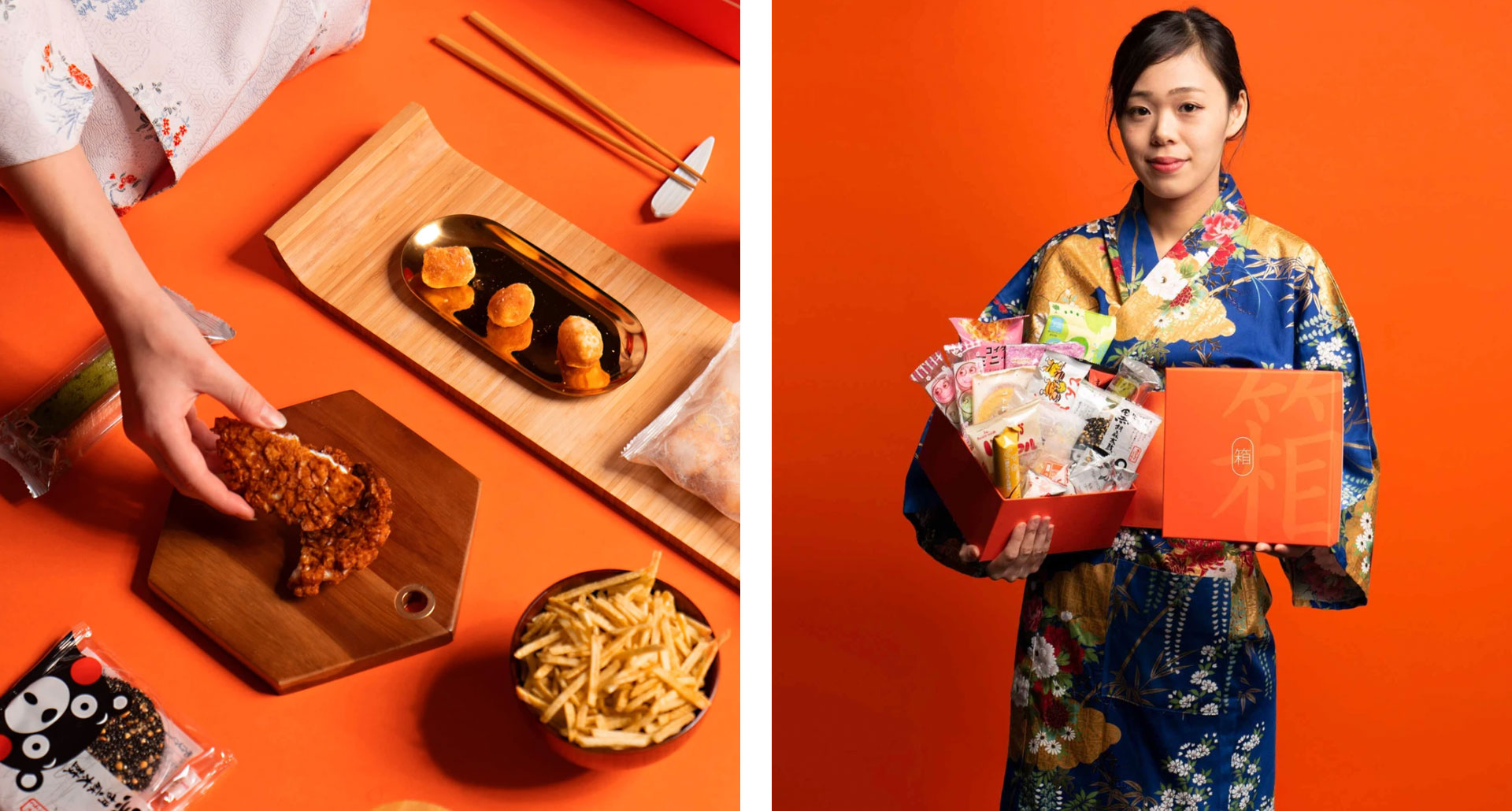 Snacks: Wherever you live, chances are you can find some version of Japanese food — sushi, ramen, udon, yakitori. What you might have more trouble finding are the sometimes culture-shocking snacks. Enter Bokksu, offering a subscription box of the kind of authentic Japanese snacks you don’t get unless a friend comes back from Tokyo or Kyoto with a suitcase full of seaweed tempura chips and matcha chocolate cakes (at least, that’s how this company began). Buy at bokksu.com → 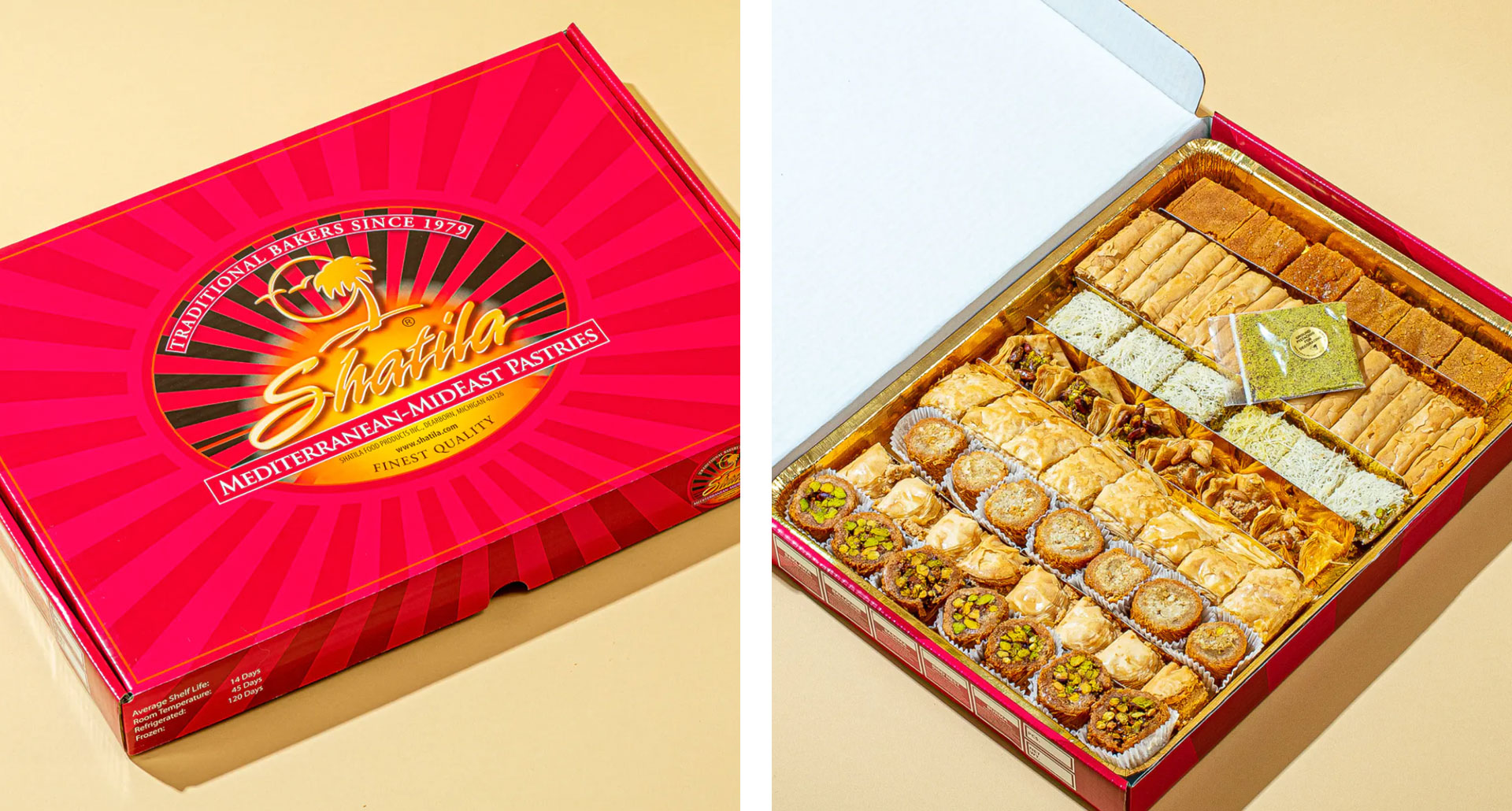 Traditional Pastries: Founded in 1979, Shatlia is known for traditional pastries — baklava, basma, burma — that harken back to its late founder’s days baking as a teenager in Lebanon. Riad Shatila’s first employee became his wife, Zinat, and the company’s still in the family — Zinat runs the company with her children. Today Shatlia ships sweets and draws visitors from around the world, known not just for the traditional pastries but for their own homemade ice cream. That’s unlikely to ship as easily, so we’d recommend the mixed pastry tray. Buy at goldbelly.com/shatila-bakery → 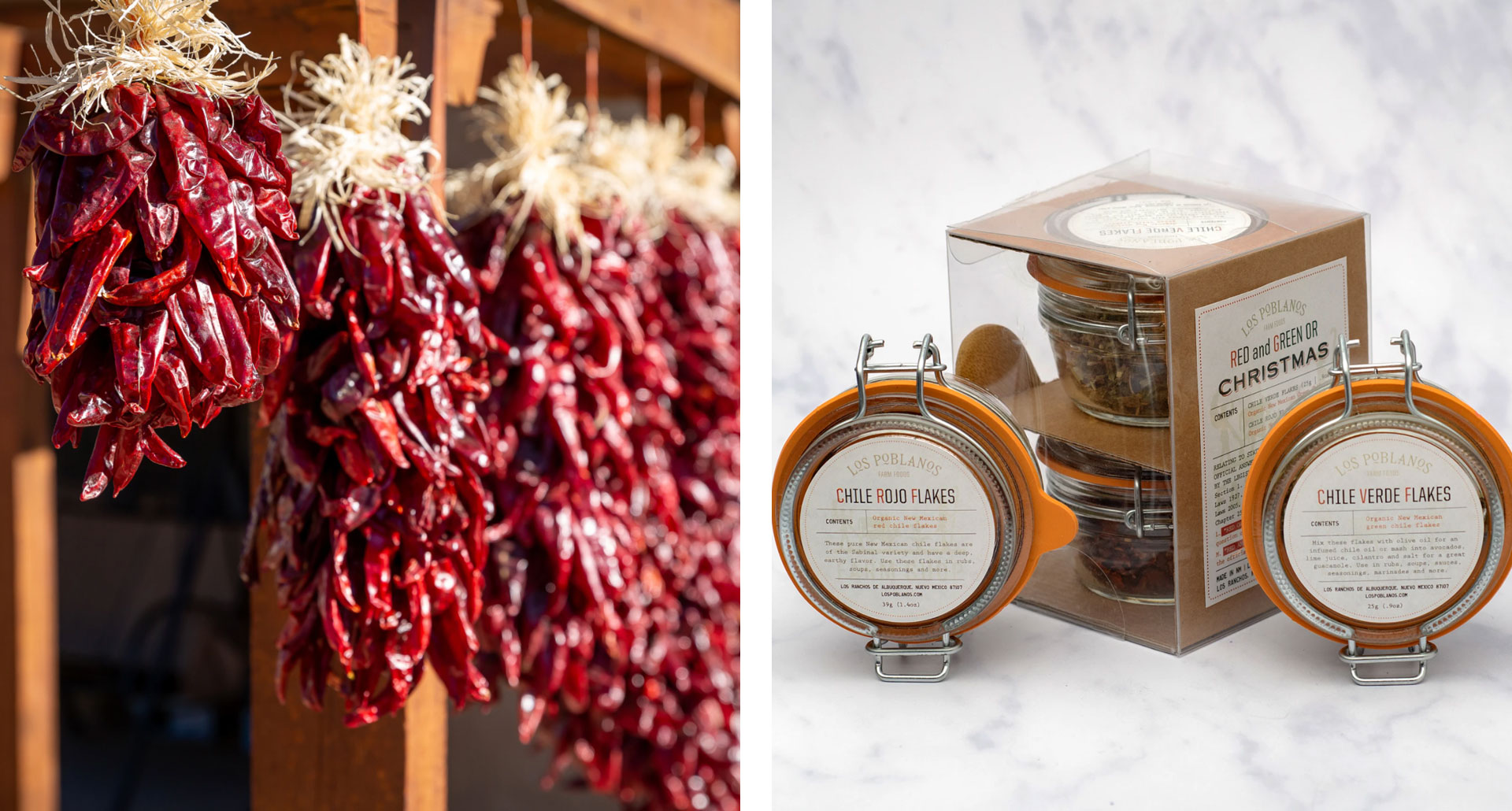 Traditional Ristras: To our knowledge, New Mexico is the only state in the union with an actual, official “state question.” That question is a simple one: red or green? It’s a reference to which type of chile pepper or sauce you prefer, which should be a pretty good indication that a chile-based gift is an appropriate one for someone who misses this place. In the unique category of spicy edible decor, the Hatch Chile Store offers traditional ristras — strings of sun-dried chiles to hang around your home, or to pick off for cooking. Buy at hatch-green-chile.com →

Chile Flakes: Meanwhile, Los Poblanos Historic Inn & Organic Farm, one of our favorite hotels, happens to make their own chile flakes — and you don’t even have to answer the question. Red and green come as a package. Buy at farmshop.lospoblanos.com → 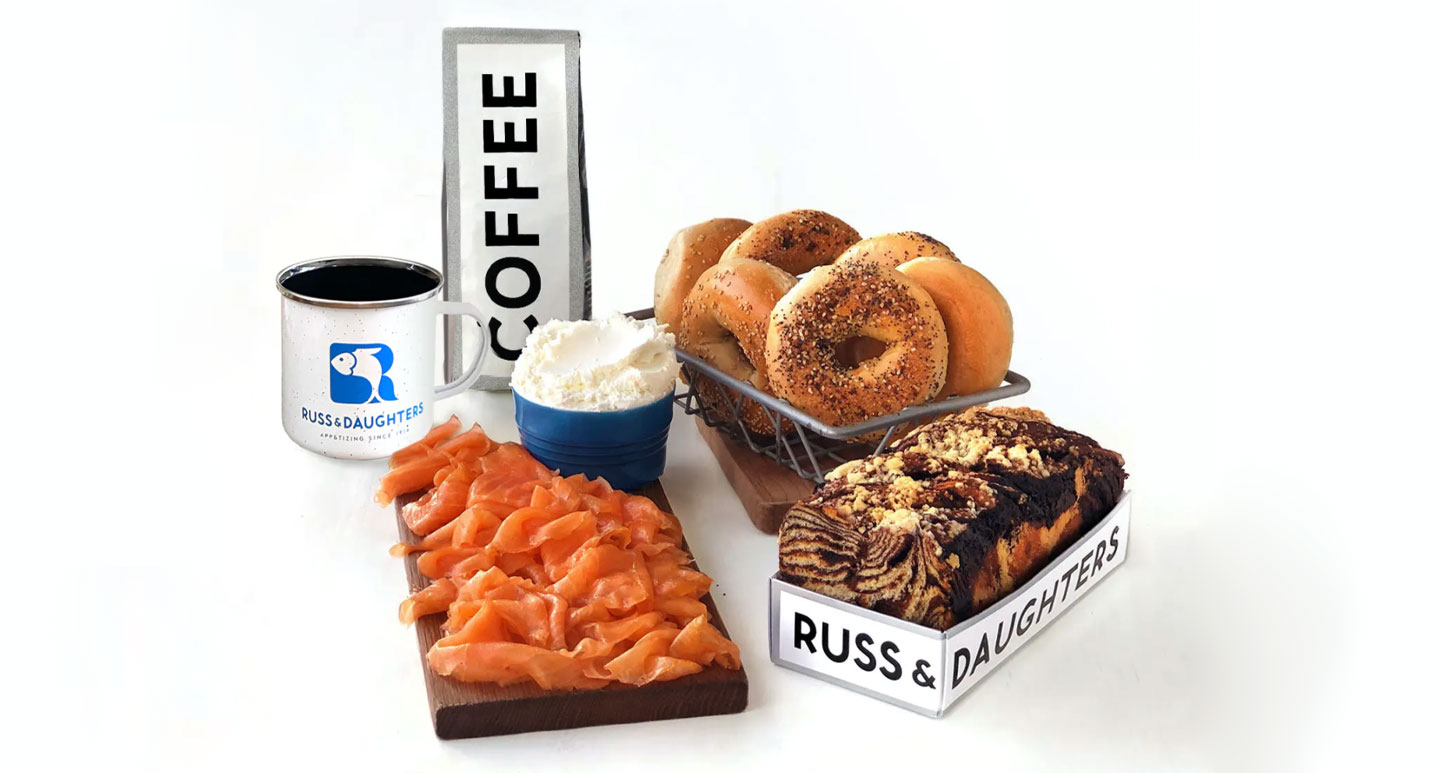 Bagels & Lox: What could be more New York than sending out a pound of lox? For those not in the know, Russ & Daughters is among the most beloved bagel options in the bagel capital of the world. They offer plenty of package options, too, such as the classic “New York Brunch” (lox, cream cheese, bagels, babka, and coffee). Buy at russanddaughters.goldbelly.com → 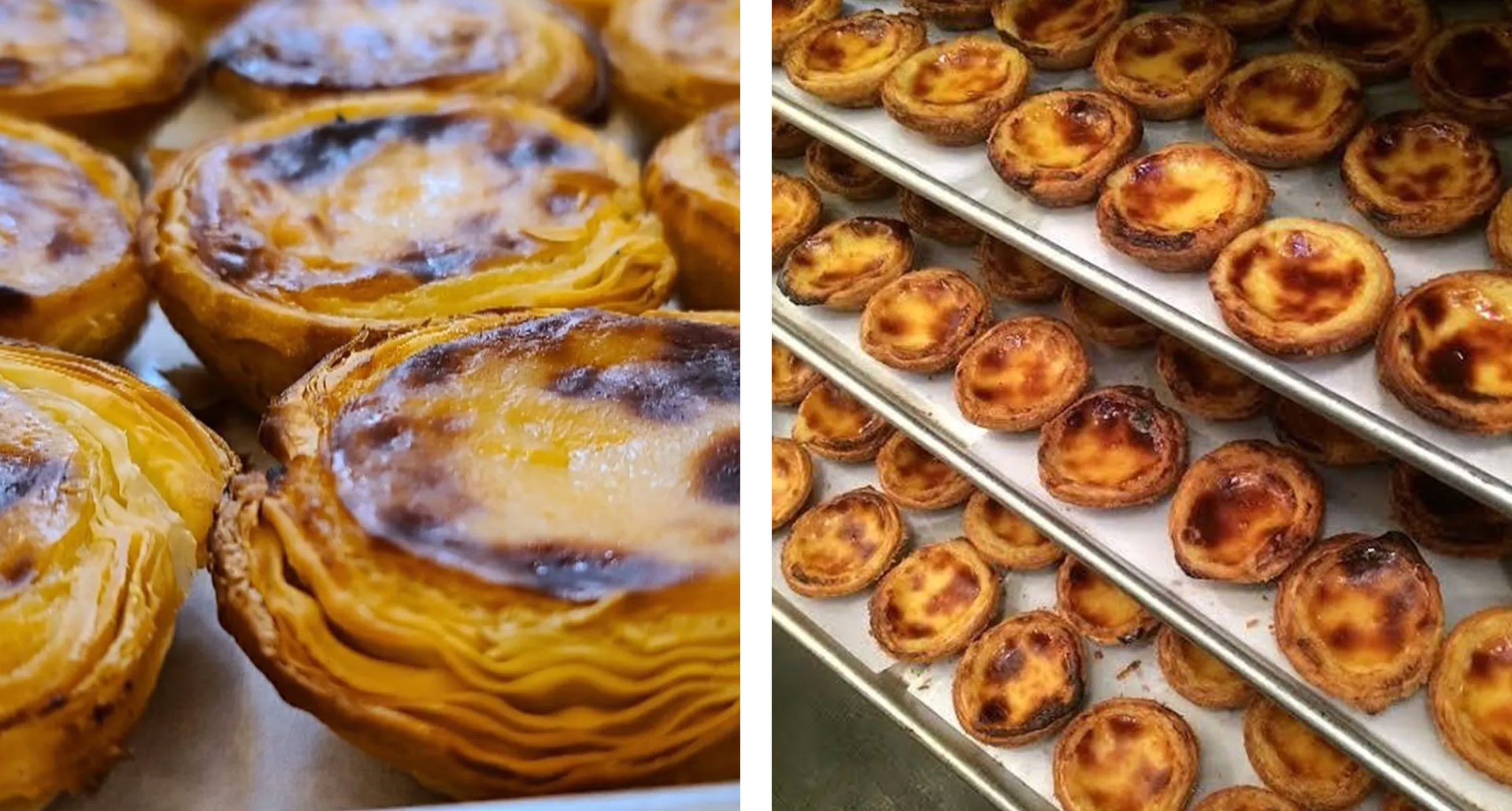 Pastéis de Nata: You can bet that anyone who’s been to Portugal, misses Portugal, or thinks for a moment about Portugal is also thinking about pastéis de nata. A sweet egg tart pastry dusted with cinnamon, they line bakery windows all over Lisbon, and you’ll hear frequent tell of their origin story: of monks who used egg whites to starch their clothing, and found this delicious use for the yolk.

If you’re sending throughout the United States, the Joey Bats Cafe — a local New York bakery run by the son of Portuguese immigrants — makes this (as he puts it) “love child of a crème brûlée and a croissant” to perfection. Buy at joeybatscafe.goldbelly.com → 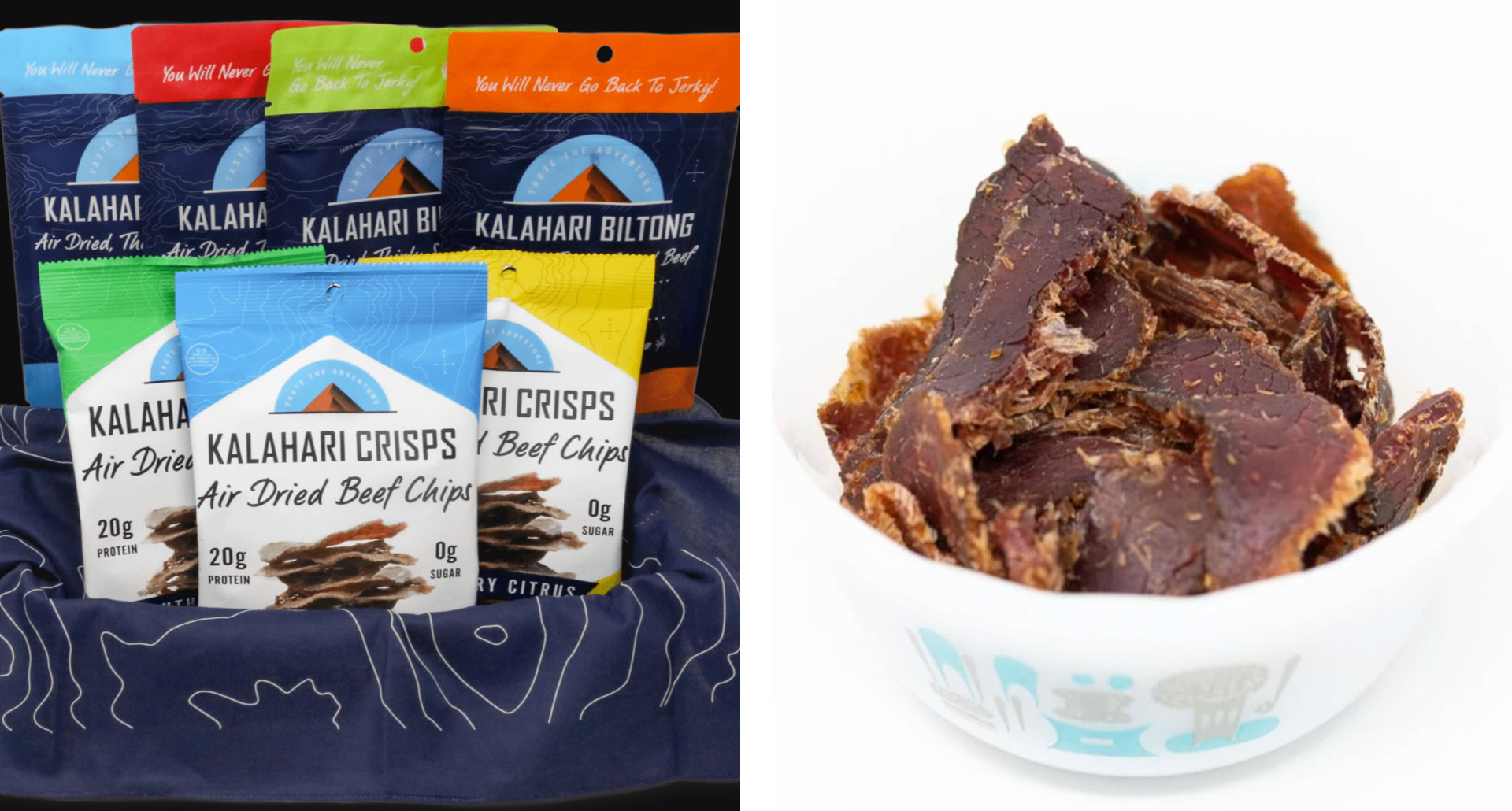 Biltong: To put it simply, Biltong is a South African meat jerky. Of course, South Africans won’t accept that comparison, talking up the all-natural process of drying the meat — a tradition that goes back centuries — that produces something more significant than what the rest of us think of as simply jerky. As one provider explains, it’s a “cross between dry-aged beef, jerky, and prosciutto.” Buy at shop.eatbiltong.com → 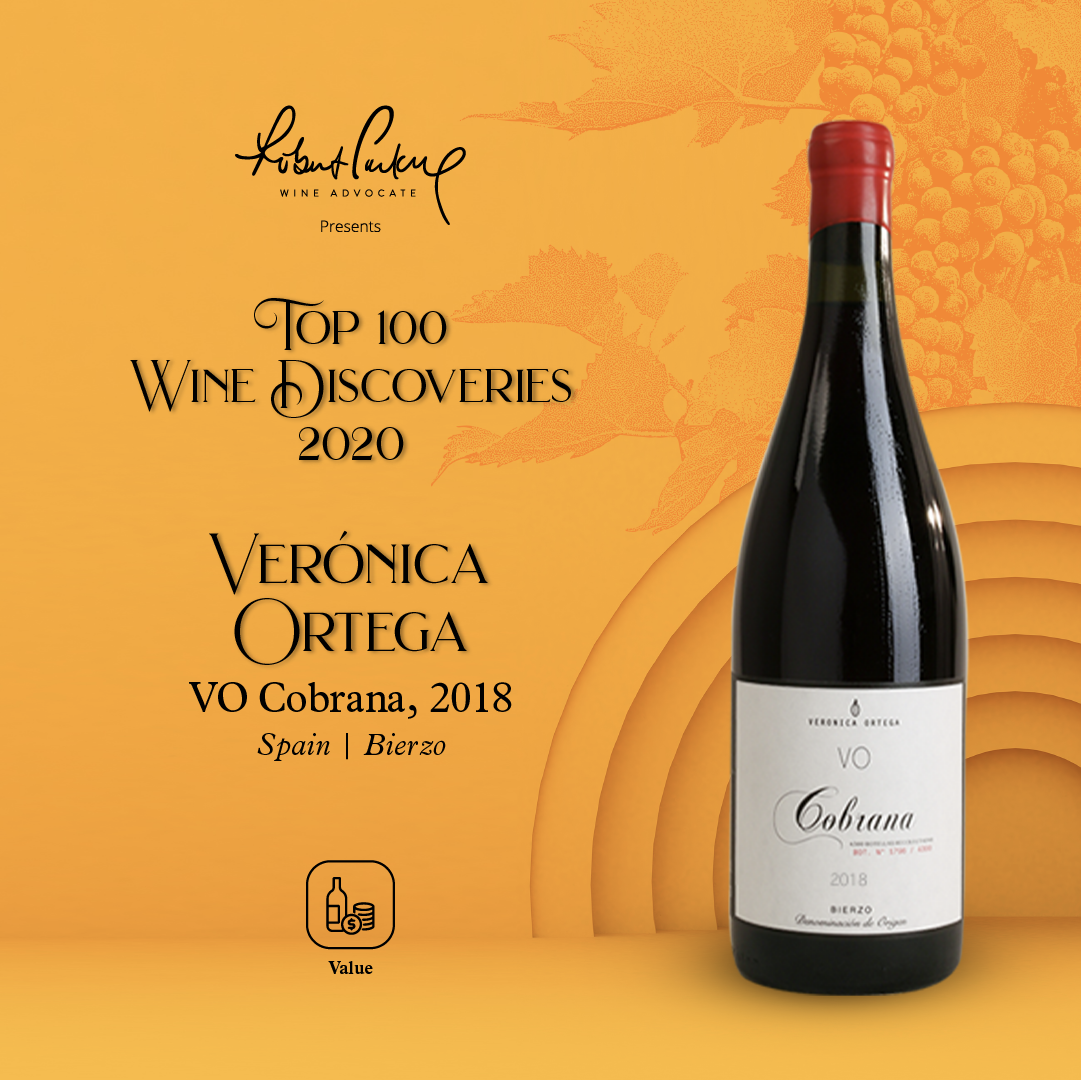 Verónica Ortega, VO Cobrana 2018: Verónica Ortega found one of the hidden gems of Bierzo in the village of Cobrana. The tradition there was to mix red and white grapes in the vineyards to produce a light, aromatic red. She found some of these old vineyards and named the wine after the village (of course!) and it was an instant success. This third release has the extra freshness and elegance of 2018, making it a real revelation. View at robertparker.com → 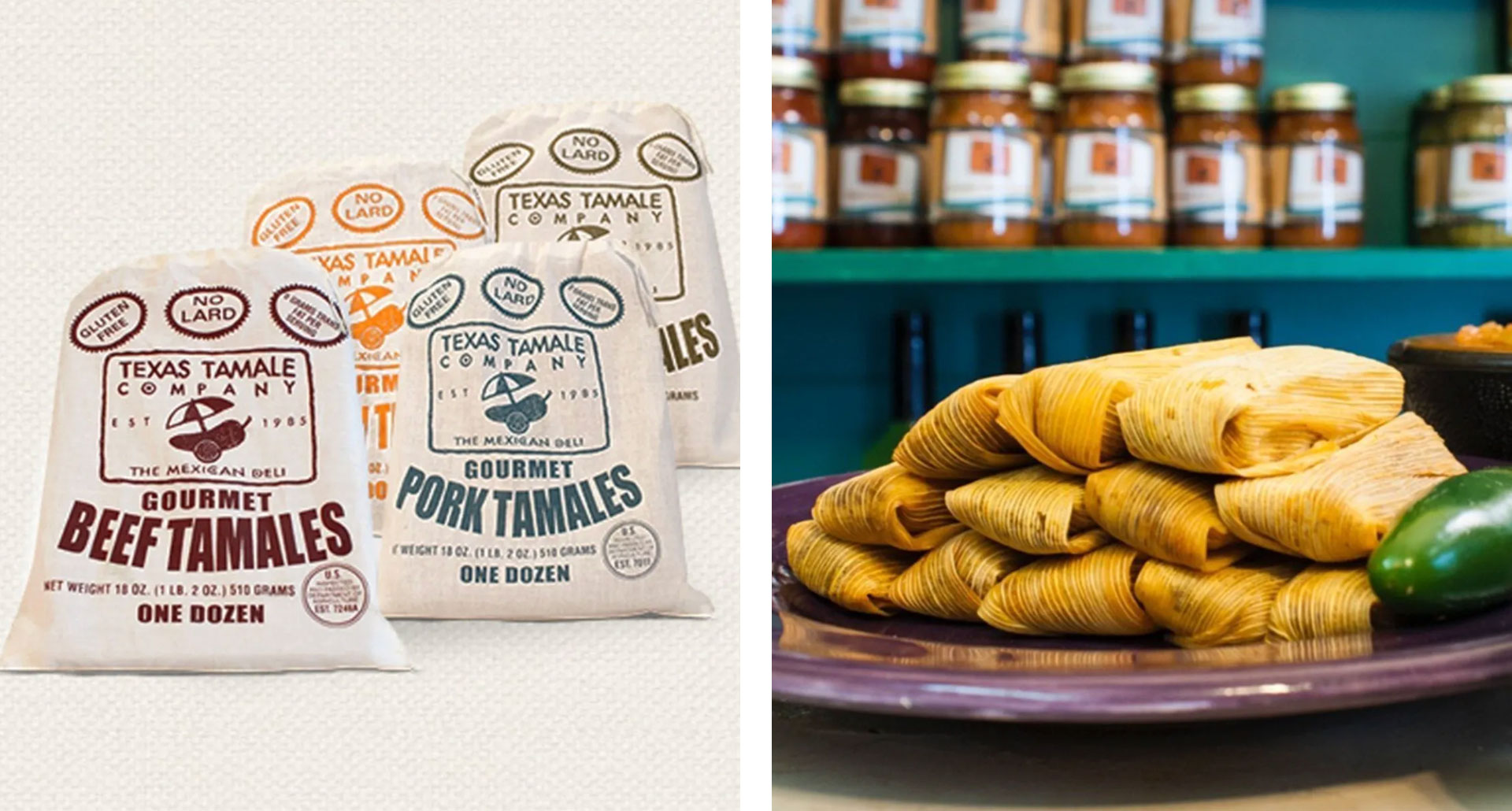 Tamales: It’s not just since the pandemic that Texas Tamale Company has taken to shipping their tamales around the country. Over nearly 30 years, they’ve shipped their “survival” kits to Texans missing home. As they put it, sending a tamale is the way a Texan says “I love you.” Their 48-pack of handmade tamales are made fresh. Steam ‘em and eat ‘em. Buy at goldbelly.com/texas-tamale-company → 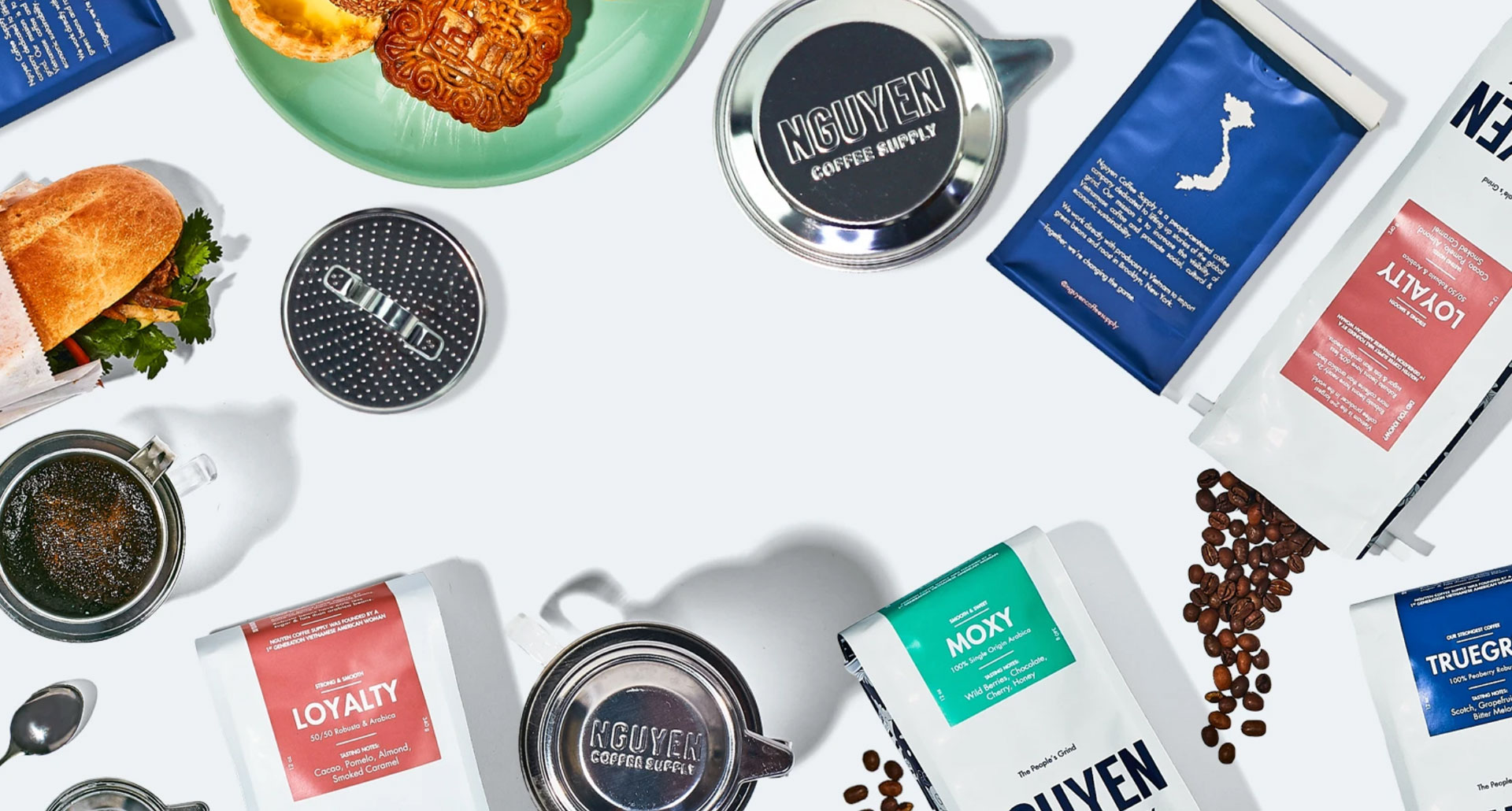 Coffee: Here’s a scent that takes you there. A partnership between a first-generation Vietnamese-American and a fourth-generation farmer in Vietnam’s central highlands, Nguyen Coffee Supply is on a mission to champion the local coffee of Vietnam in America. Ethically sourced and organic, that mission is worth reading up on — and passing on. Buy at nguyencoffeesupply.com/ →

GiveBelly City Subscription Boxes: This is a subscription box that does good. Each month Goldbelly announces what’s in the new box — and it’s shipped to your door. While you don’t know exactly what you’re getting, it’s highly city-specific (say you choose New Orleans… gumbo and po’boys are in the offing). Meanwhile, proceeds from your purchase go towards delivering food to healthcare workers and first responders. The subscription’s available for six cities: New Orleans, New York, San Francisco, Chicago, Los Angeles, and Miami. Buy at goldbelly.com →