For some, it’s easy to take travel for granted as an inevitable part of life. But for many in marginalized and underserved communities, travel is a privilege that can seem both unattainable and, frankly, unimportant. At Statement Junky, a nonprofit development organization for young women of color, founder Rashell Evans seeks to introduce participants to the benefits of seeing the world — and give them the tools to, ultimately, change it.

Among the most tangible ways she does this is through the “Passport Queen” program, which results in free passports for each participant. Passports are 100% donor funded, and each one costs $150. If you’d like to contribute, you can donate here via PayPal.

Read on to learn more about Statement Junky.

The way we think and write about travel at Tablet is often as a mission of exploration, as something necessary to a fulfilled life — as something like an inalienable right. For Rashell Evans, the founder of a nonprofit called Statement Junky based in her hometown New York City, that just wasn’t the case. 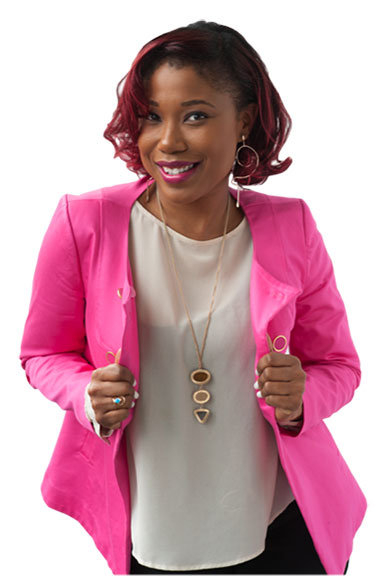 “Growing up, travel was not something we spoke about in my household,” she tells Tablet. And when it comes to many of the high school-age young women who join Statement Junky, Evans explains, “travel is the last thing they may be thinking about.” Evans founded Statement Junky with the intention of sharing her own knowledge as a traveler with other young women of color, and to inspire them to consider travel as an option — and an opportunity.

Evans’ own mindset changed the moment she got her first passport as a college student. She recalls with a smile learning about a coworker’s trip home to St. Lucia. “She was casually saying one day how she’s going home for the holidays, and I convinced myself — with no prompting — that if I got my passport I could go with her.”

“I didn’t go to St. Lucia,” she laughs, but she did get her passport. It turned out to be one of the milestones of her life. “I felt this sense of freedom,” she explains, “that I can now invite myself on other trips and I can have a conversation with people that makes me feel like I can do this.” Before long, she had traveled alone to Australia. To Bali. To Puerto Rico. To Hong Kong. And like anyone who makes international solo travel a regular part of their lifestyle, she talks about travel with a reverence to its almost ineffable qualities of self-discovery and reliance.

“As cliche as it may sound, I really do think you find yourself with each journey,” Evans reminisces, with a hint of nostalgia, talking to Tablet in the midst of the pandemic. “There were times where the first time I would speak in two days would be when I’m on my way to do something exploratory. You’re not putting on airs for anybody, for lack of a better word. You’re figuring things out on your own.”

If that sounds like a worthy aspiration for young people, Evans agrees. Statement Junky partners with schools mostly in the Bronx and Manhattan, providing workshops and a safe space for students to learn and have discussions about just about anything, which are then filtered, as much as possible, through the prism of travel. One session might cover how to start a savings account in order to prepare for a semester abroad. Another might focus on staying safe at a hostel, leveraged into a broader discussion about women’s safety at college and beyond.

Travel isn’t just seen as a leisure activity at Statement Junky, but as a tool for work and for advocacy. Among Evans’ inspirations to start the program was her experience leading a group of students from a charter school in Harlem on a service trip to Quito, Ecuador. “99 percent of the young people that were going on this trip had never left the country before,” says Evans, who points out too that some girls in her program have never left New York. She spent the months before the trip to Quito smoothing out logistics, correcting misconceptions, and convincing parents of the importance of making “the world [their] classroom.” Fast forward to Statement Junky and Evans beams about one of her participants, a young woman interested in women’s advocacy, whose goal was to better understand the conditions of women around the world. She felt a passport would empower her in that work.

“For us, it’s definitely about taking those exploratory trips,” Evans explains, “but it’s also about leaving one’s own community so [the young women] can do the work they want to do.”

Statement Junky is run almost entirely by Evans, with help too from a variety of speakers and a network of former students. When we spoke to one graduate of Statement Junky’s Passport Queen program, a young woman named Tiana, and her mother, Nisha, they told us that at first, the hook of the program was certainly the free passport. As sessions got underway, however, they became less about travel for Tiana and more about setting and pursuing goals in her career. A series of businesswomen of color joined the sessions to share perspectives on their own paths to success, and Tiana told us about one speaker in particular who validated her desire to start her own haircare business — and to follow her inclination to get her cosmetology license instead of going to a traditional college. Her mother wholeheartedly approves.

“Interacting with so many people from different walks of life who were successful in their own way,” raves Tiana’s mother, “it gave her the confidence and tools to achieve her goals and dreams. I’ve seen her grow more confident.”

When we asked Evans if she strives to make her program more about empowerment or actual, practical travel, she stresses that it’s both. Right now, Statement Junky is a small organization, reliant entirely on donations. “One of the things I’m always asked is why we don’t take kids out of the country. And the truthful answer is, because we can’t afford it. Right now we are running one hundred percent off of donations. We haven’t gotten any city grants, government grants, or anything like that.”

“I thought that the minute you became a nonprofit, you could apply for a grant and get it,” she says over the phone, and you can hear her shaking her head at the thought. “And I found out quickly that that is far from the truth.”

Instead, Statement Junky partners with other nonprofits, those whose sole purpose is to take young people on trips out of the country: organizations like Black Birthright, I Am Cultured, and Girls Going Global. But Statement Junky’s role in that process is crucial, providing their participants with a motivation and an actual passport for future journeys.

“Where we are right now, conscious of our curriculum and the way we engage with girls — is to empower and change their minds and give them the resources and tools they need so they don’t feel stuck when they make that decision [to travel].”

On October 24th, Statement Junky will begin an event that should have been in person — entirely online. Over two days, Statement Junky will have “women of color from all different backgrounds and genres, whether they’re entrepreneurs or educators” jump on Zoom calls with the young women of Statement Junky (Evans calls each group of participants a “cohort”) to talk about everything from finance to activism. Like a regular Passport Queen course, the virtual summit is a mix of travel and empowerment that’s chock full of workshops, speakers, and discussion.

At the end of the second day, the participants will have what Evans calls a virtual “passport signing day.” It’s a play on a “college signing day,” when students traditionally reveal their college choice. Instead, each Passport Queen will hold up a country’s flag, revealing where they aspire to travel first. Through donations to Statement Junky, they’ll all get their first passports for free. Evans already has her next cohort signed up for an after school program in Harlem set to begin later this month. Like all the young women who’ve come through Statement Junky’s Passport Queen program so far, they’ll get their passports, too.

A passport costs just $150, including all necessary fees. Head here to donate what you can to sponsor a Passport Queen for this year’s summit and future Statement Junky cohorts, or just click below.