At Tablet, when we call a hotel “unusual” it’s the highest form of praise. It means that there are no other hotels quite like it. It’s singular, and it stands apart from the status quo. It’s not unusual to want every hotel to be a little unusual — like the fourteen exciting examples featured here.

We describe hotels sometimes with adjectives that might sound hyperbolic, even though we mean them in the humblest, most literal way possible. For example, it might seem like stretching reality to call a hotel extraordinary, but we don’t mean extraordinary like the Grand Canyon or the aurora borealis are extraordinary, we mean it in the sense that there are a lot of hotels out there that are ordinary, and the hotels on Tablet tend to be more than that — they tend to be extra-ordinary.

So it is also with unusual. An unusual hotel doesn’t have to be strange or odd or have upside-down rooms or float in the middle of the ocean — it just has to be uncommon, unorthodox, unconventional. It should feel like a singular experience, like it could only exist in the place that it does, or like the place in which it exists is inherent to its existence. Those are the hotels that get us the most excited.

We’ve collected below fourteen of our favorite unusual hotels. What makes this list unique is that we built it simply by using our Take Me Away machine. Take Me Away allows you to choose the characteristics you most desire from a destination — like something unusual on an Asian island beach — and then shows you the hotels that match.

Plan your escape today, with Take Me Away. 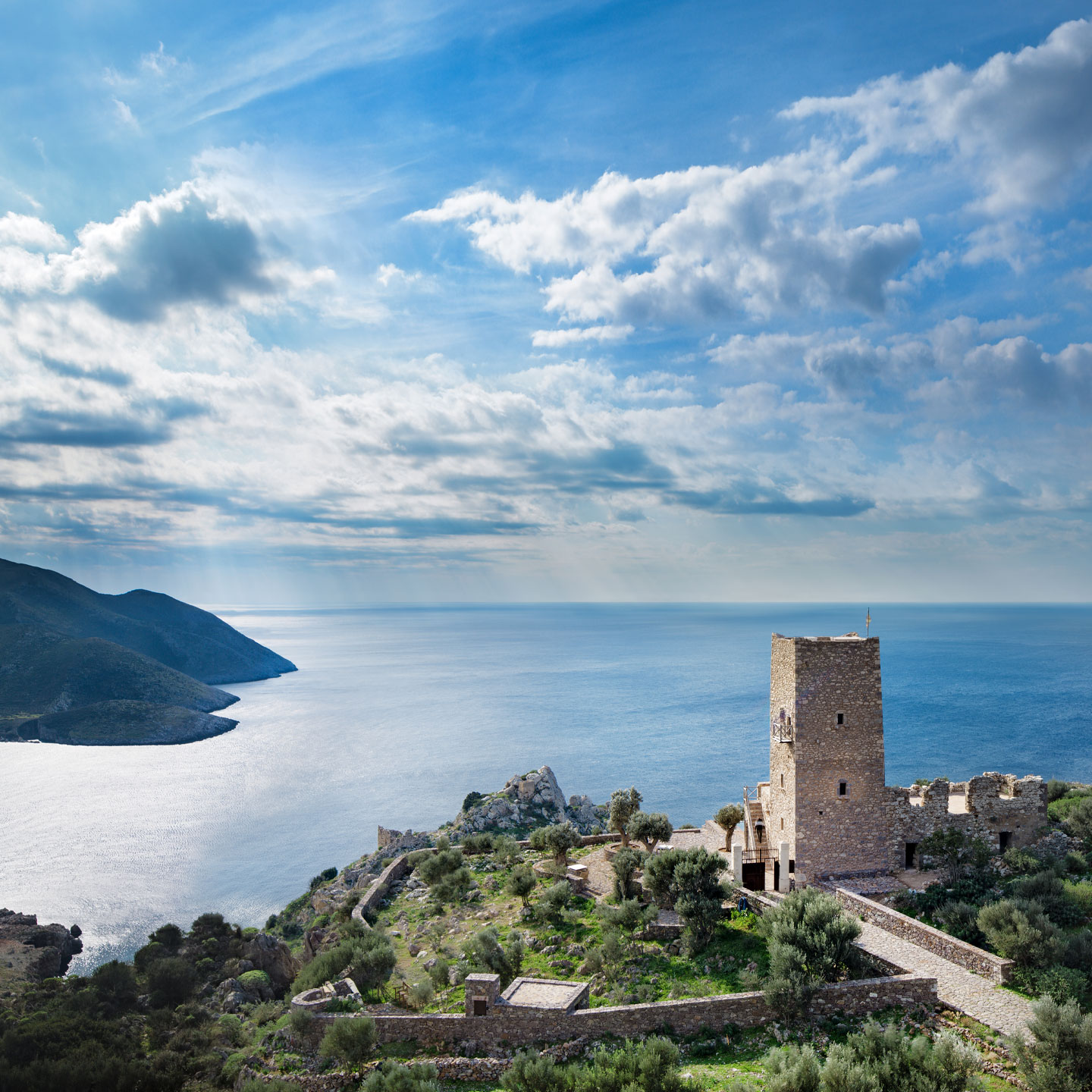 The location of Tainaron Blue Retreat is a pretty idyllic spot: perfectly positioned at the southernmost point of the Greek mainland, undiscovered by the tourist crowds, boasting spectacular sea views to match any Aegean island. Housed in a centuries-old tower that was designed to keep intruders out, the fully restored guesthouse now welcomes visitors from around the globe, but not too many of them — there are just three suites, one at the base of the tower, another in its upper section, and a third in the adjoining tower house. 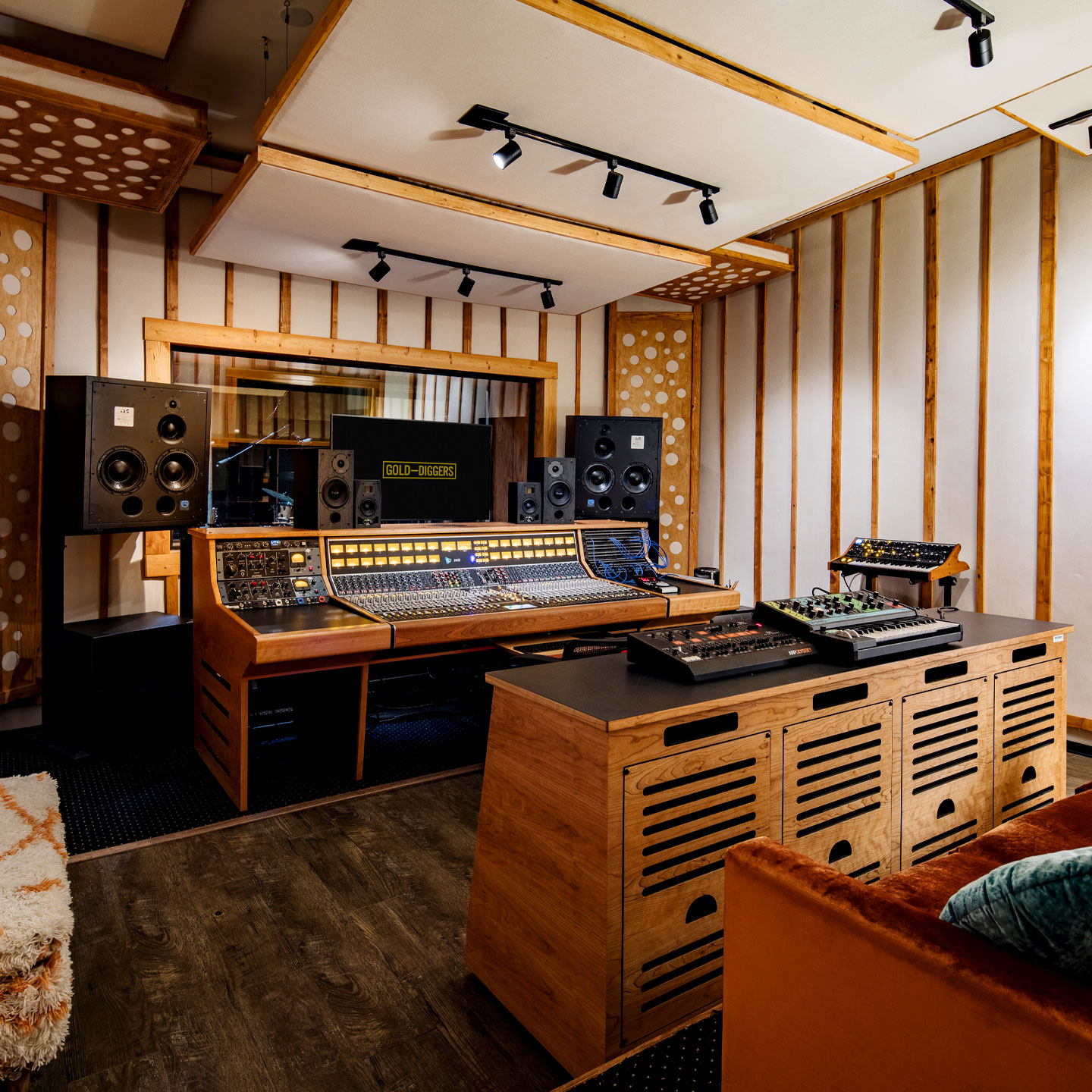 Its name might not be its most unusual feature. The original Gold Diggers was a bikini bar, above which was a small residential hotel, and behind it was a rehearsal space where all manner of L.A. rock royalty is rumored to have practiced. Today, not only is it a richly textured and eclectic boutique hotel — one perfectly in tune with the tastes of the Los Angeles creative class — but it’s also a recording studio and a cocktail bar complete with a stage for live performances. 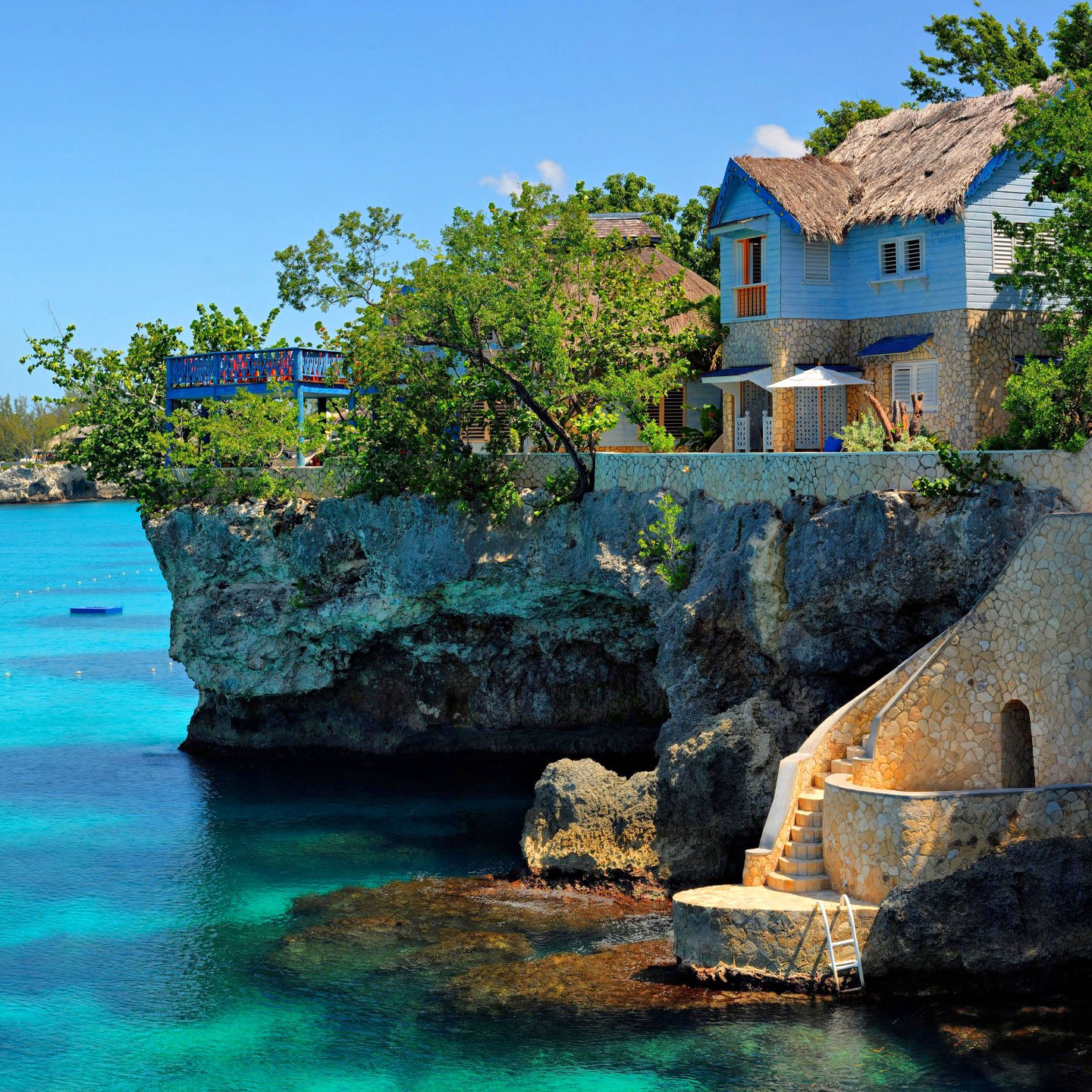 The Caves is a collection of twelve private cottages atop a cliff, overlooking the ocean, with plenty of jumping-off points to impress one’s companion and other guests. The sea looks better from higher up, and at The Caves it becomes your own private pool. Below, in the cliffside, are natural volcanic caves and grottos which can be explored whilst swimming, or set up for private candlelight dinners. The cottages themselves are after the style of a tropical hut, with thatched roofs and construction of wood and stone. 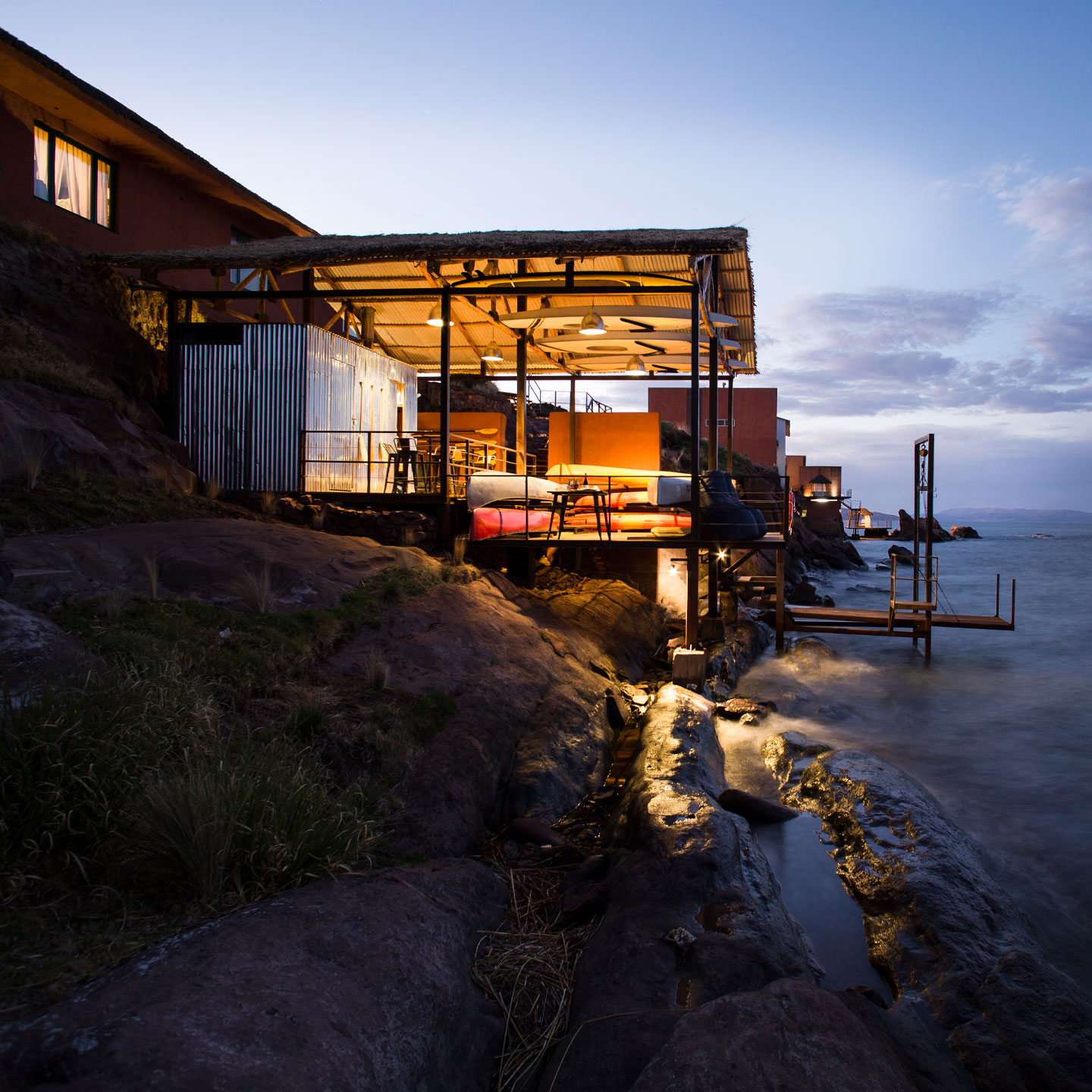 The magnificent Lake Titicaca, considered by Incas to be the sacred birthplace of human civilization, is one of the largest, deepest, and highest bodies of water on the globe. Backpackers have long made the pilgrimage to the water’s edge; this, by contrast, is a high-end luxury boutique hotel that’s set to bring a whole new audience to these shores. The simple structure, standing solitary on the grassy edge of the lake, is a forward-looking and eco-friendly hotel, with 18 plush suites decorated in earthy hues. 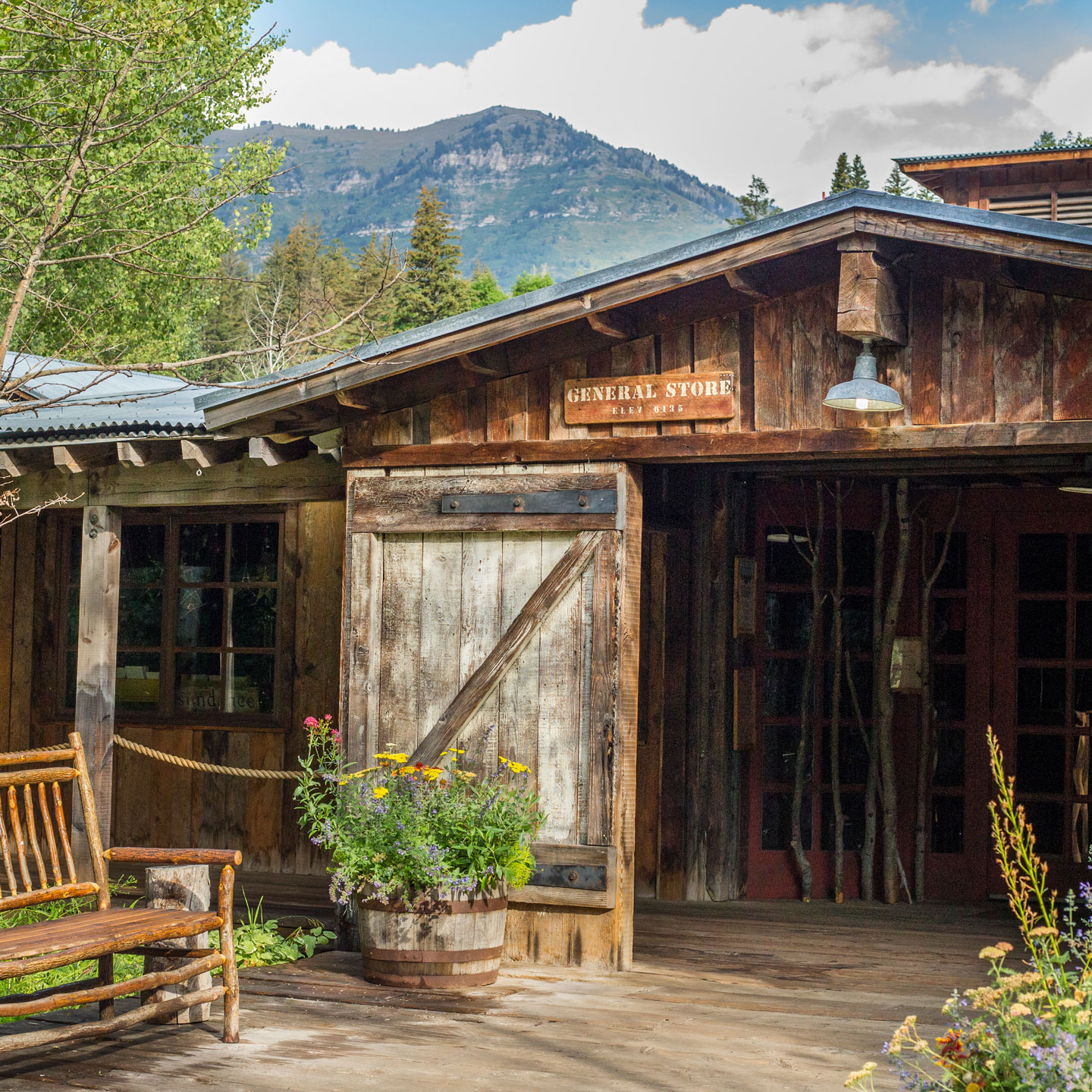 Robert Redford’s Sundance Resort is hardly a typical ski resort. Here, at the foot of Mount Timpanogos, conservation is paramount, and you’ll find the development has been as sensitive as possible. It’s part eco-lodge, part artists’ community, which is not just ethically correct but also quite aesthetically satisfying; the lofts and suites are understated, with a certain hand-crafted quality, and the freestanding cottages are immersed in the landscape, surrounded by picture-perfect Rocky Mountain pine forest. 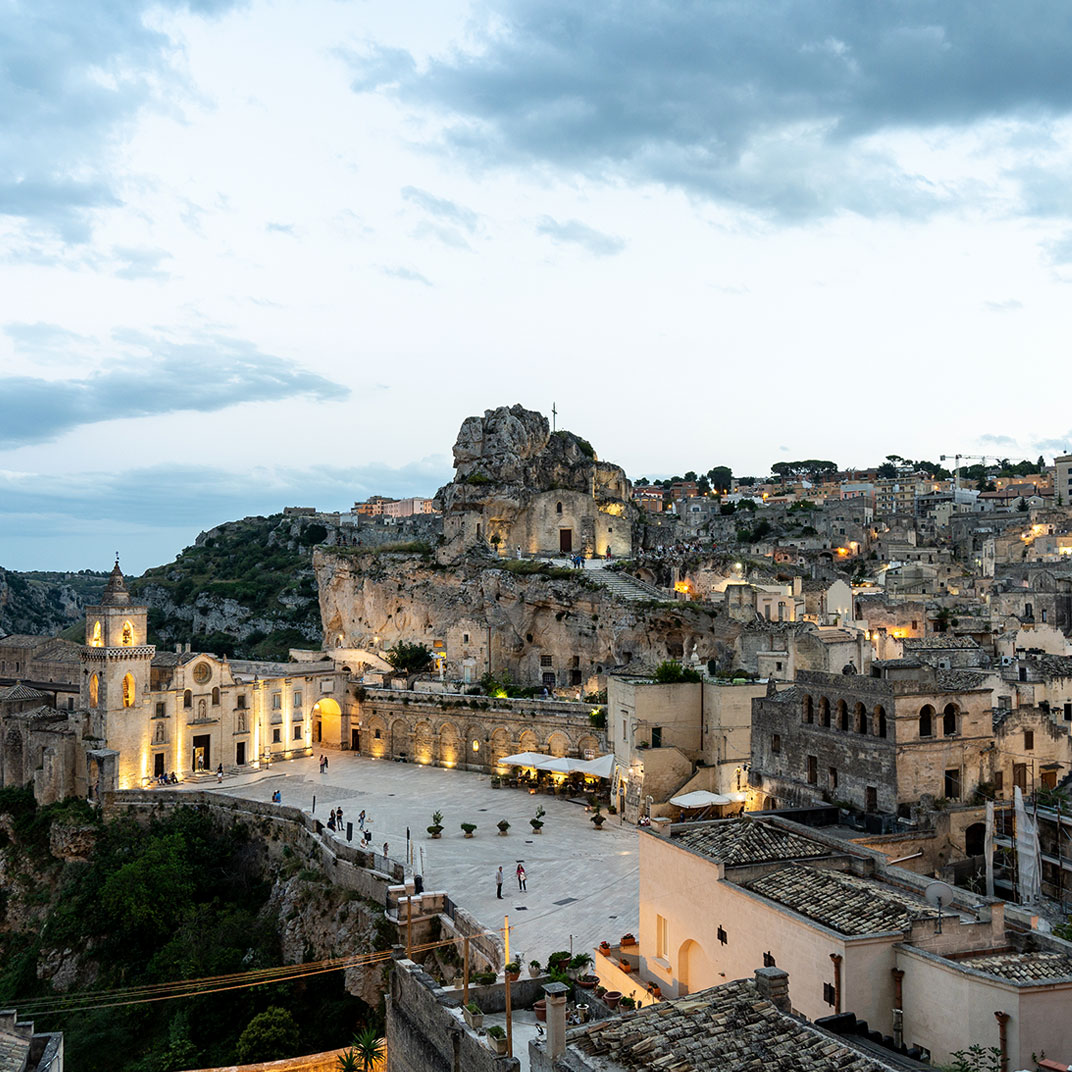 When the first boutique hotel opened in Matera, the southern Italian town that’s famous for the dwellings carved into its limestone caves, it felt like a gesture that could never be repeated, but Matera has caught on among travelers in a big way, and there’s room in this town for a diversity of hotels. This one, Sant’Angelo Luxury Resort, is quite unlike any other; the owners have converted a whole neighborhood into a hotel, including a selection of traditional cave houses as well as a palazzo and a beautifully restored church. 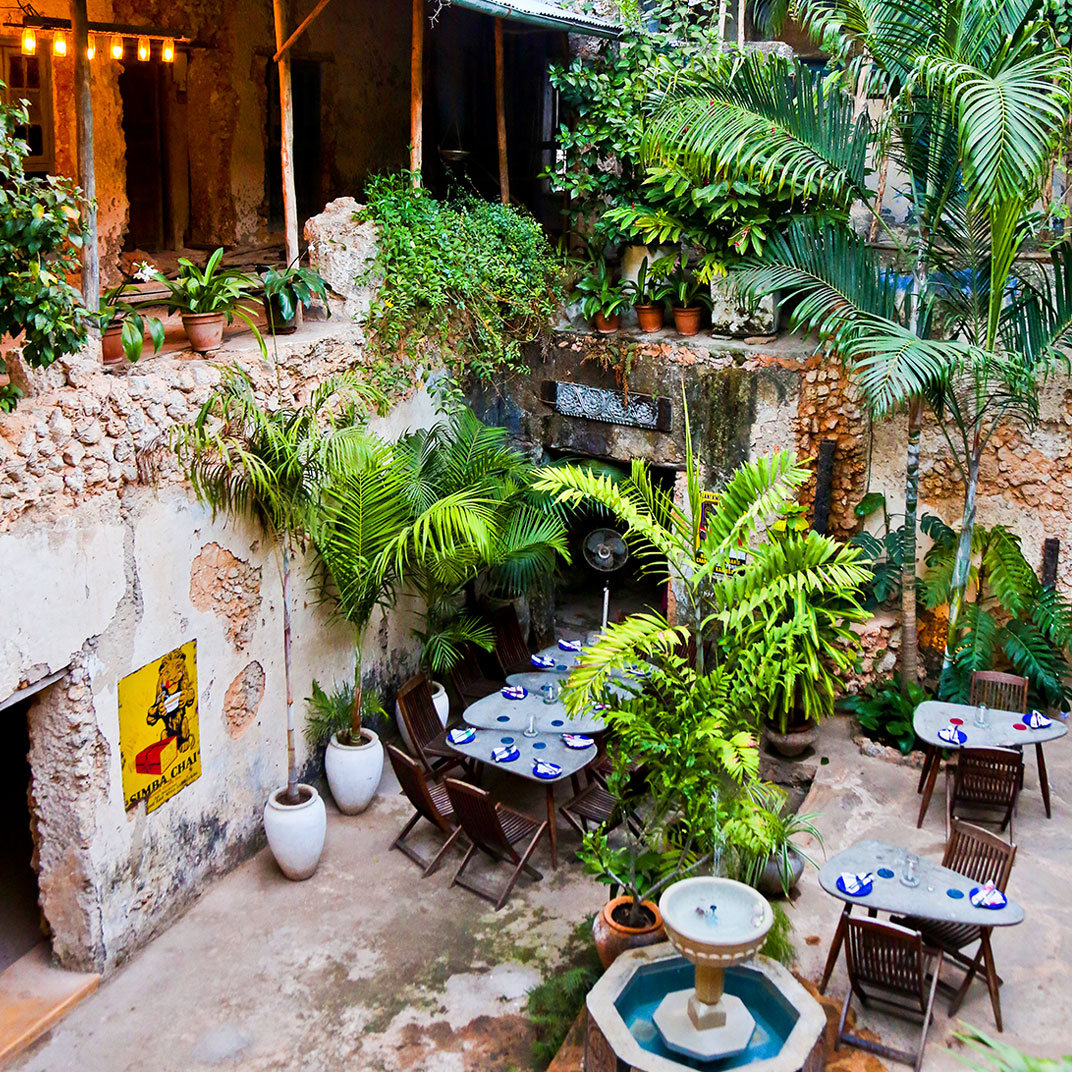 You know we’re sincere in our love for contemporary design, but you don’t go all the way to Zanzibar for pan-global modernism — you go there for its utterly unique blend of Swahili and Arab cultures, and for the riotously eclectic architecture and design that’s created by this collision of traditions. Or, to put it more simply: you go to Emerson Spice. Once an aristocratic home, it comprises three landmark buildings set on a picturesque pedestrian-only street in the Kasbah, and is divided into a mere 11 rooms, each one lavishly decorated with a lifetime’s worth of antiques under high timbered ceilings. 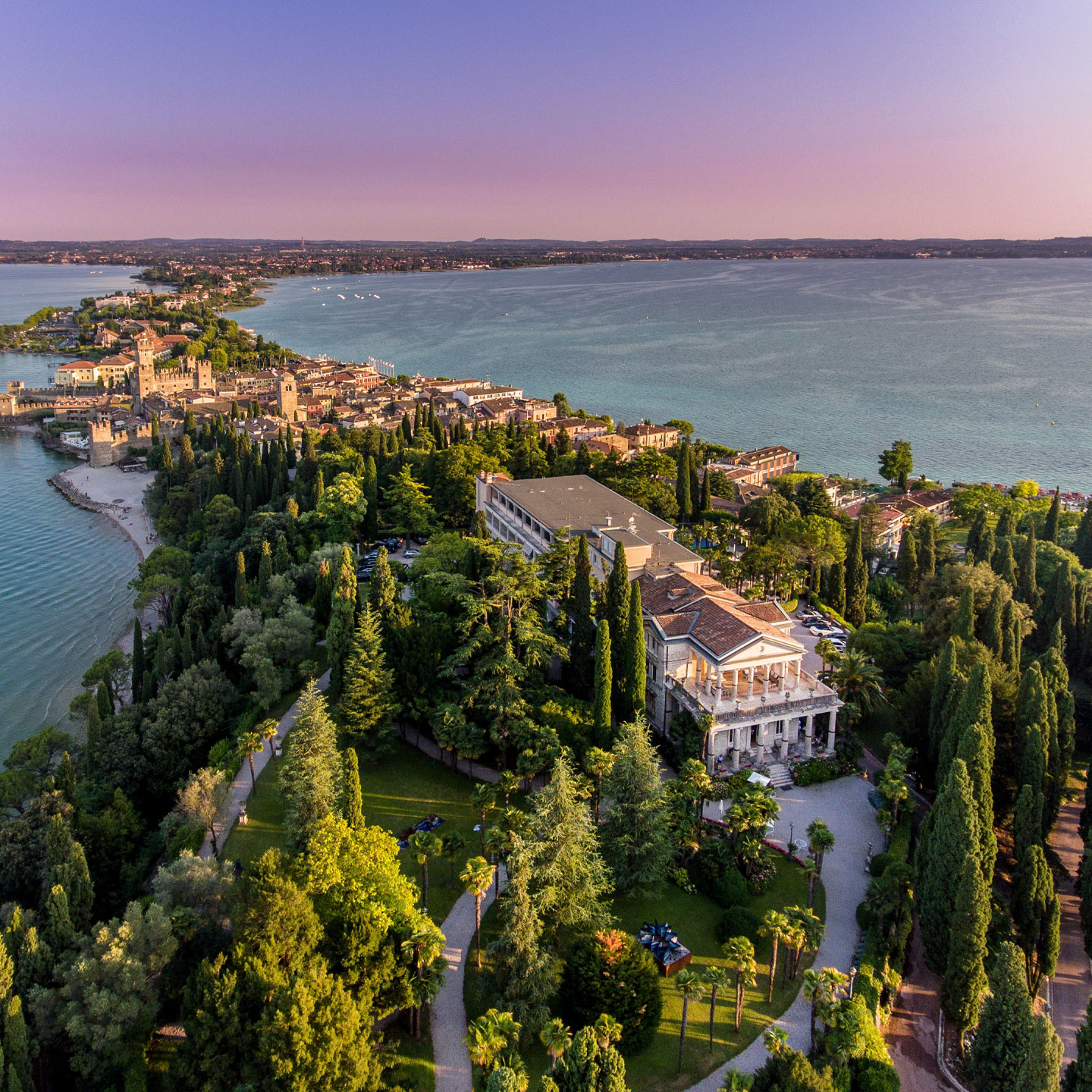 It’s staggering when you stop to think just how many iconic destinations Italy contains. The lake district of the north would be the absolute pride of a lesser country; here it’s one among many unmissable attractions. All of which is the long way of saying that Lake Garda is something special indeed. By extension, a hotel created from an aristocratic residence surrounded by acres of gardens and parkland with a view of the lake — a hotel like, say, Palace Hotel Villa Cortine — would be nothing short of extraordinary. 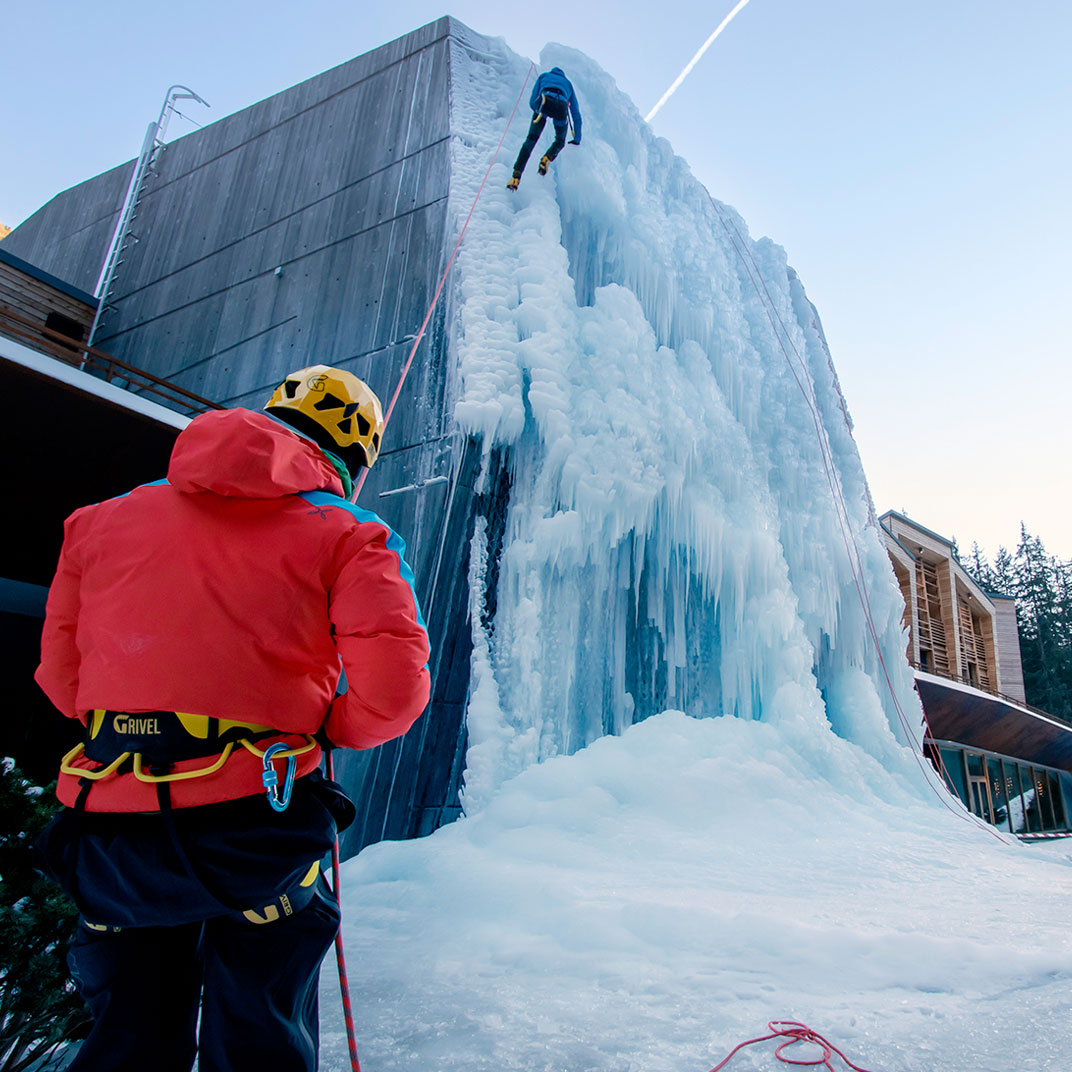 CampZero Active Luxury Resort is a hotel whose mission is to place as few obstacles as possible between you and the adventure you’ve come to the Alps to experience. That’s why there’s a rock-climbing wall in the lobby, and, in winter, an ice-climbing wall on the exterior of the hotel. Clearly, this is not your grandfather’s Alpine lodge — its contemporary architecture and its modern construction, in concrete, wood, and weathered metal, see to that. 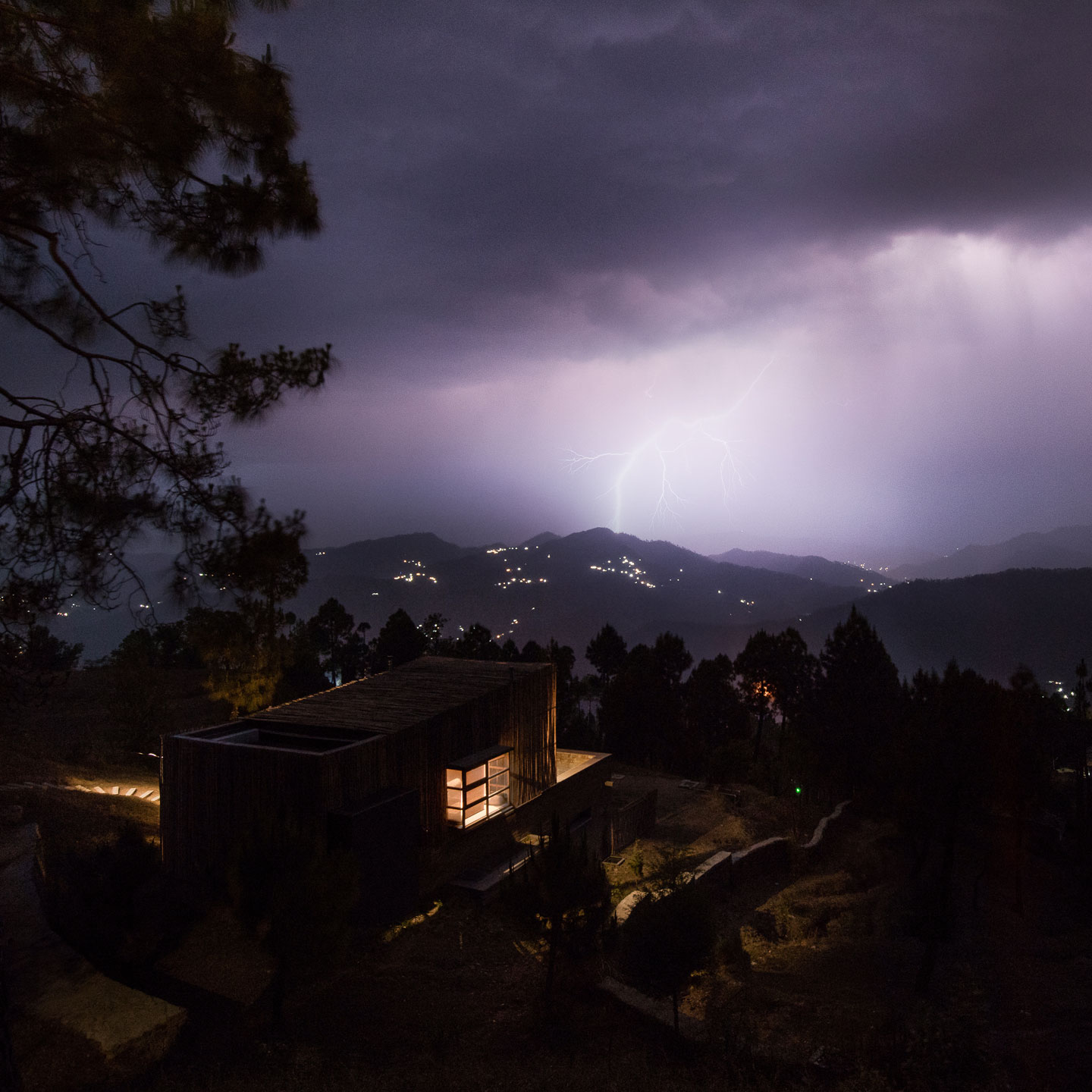 Originally intended as a private estate, this parcel of land in the Indian Himalayas would have been quite simply too stunning not to share. Sri Lankan architects Pradeep Kodikara and Jineshi Samaraweera, disciples of the modernist master Geoffrey Bawa, have built something absolutely extraordinary. “Tropical modernism” looks different at the top of a mountain. Here vast floor-to-ceiling windows frame unforgettable views, and materials like stone walls and raw concrete beams are warmed by bamboo cladding and hardwood floors and ceilings. 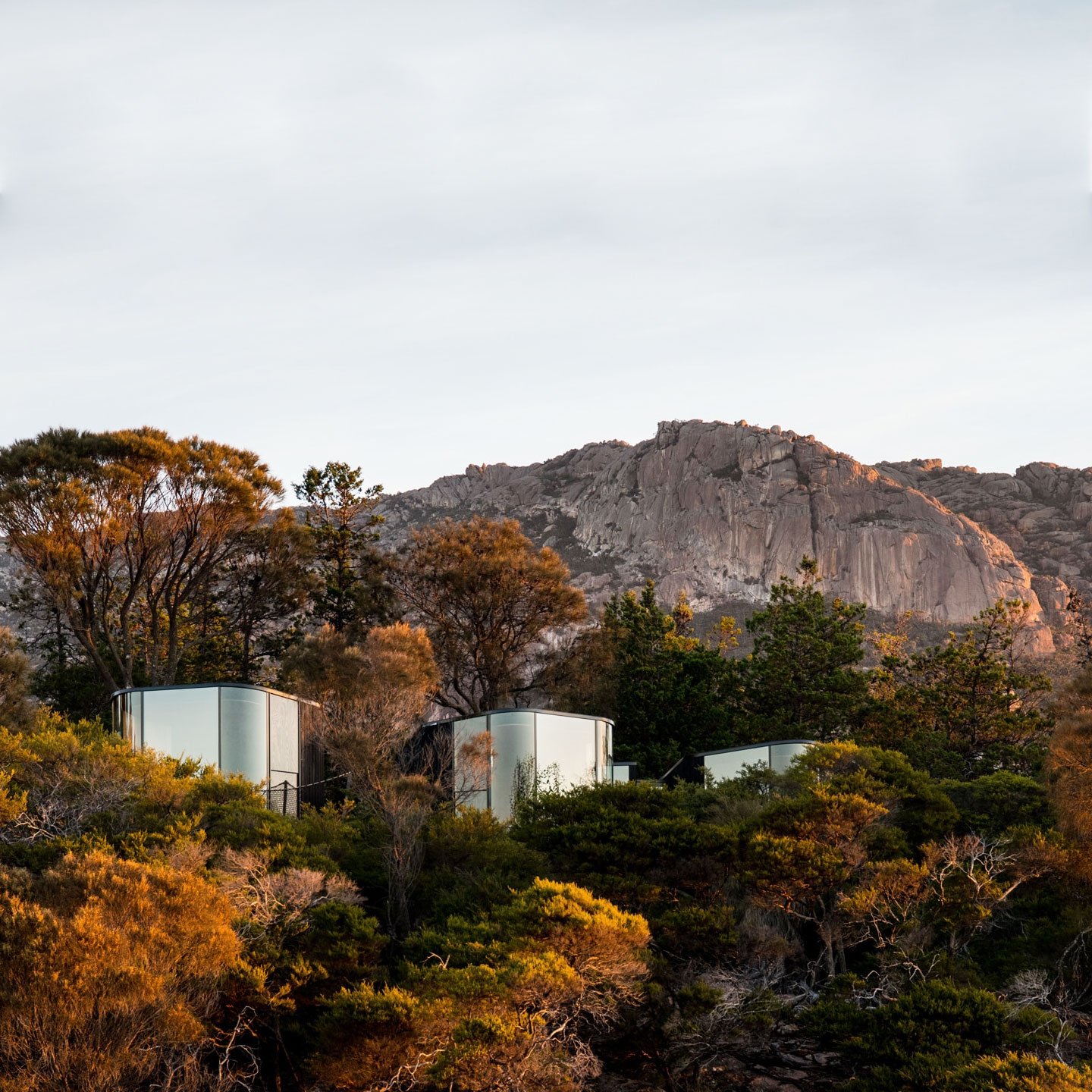 The utterly unique Freycinet Peninsula is a tiny appendage sticking off the sparsely populated east side of the island of Tasmania, which is itself set a hundred miles off the south coast of the not exactly crowded nation of Australia. So suffice it to say, if you make it as far as Coles Bay, you’ve really gotten somewhere. You won’t likely find yourself just passing through — and the Freycinet Lodge is a worthy destination. In keeping with the rugged realities of the landscape, Freycinet Lodge is something like a luxury rethink of the classic camp cabin. 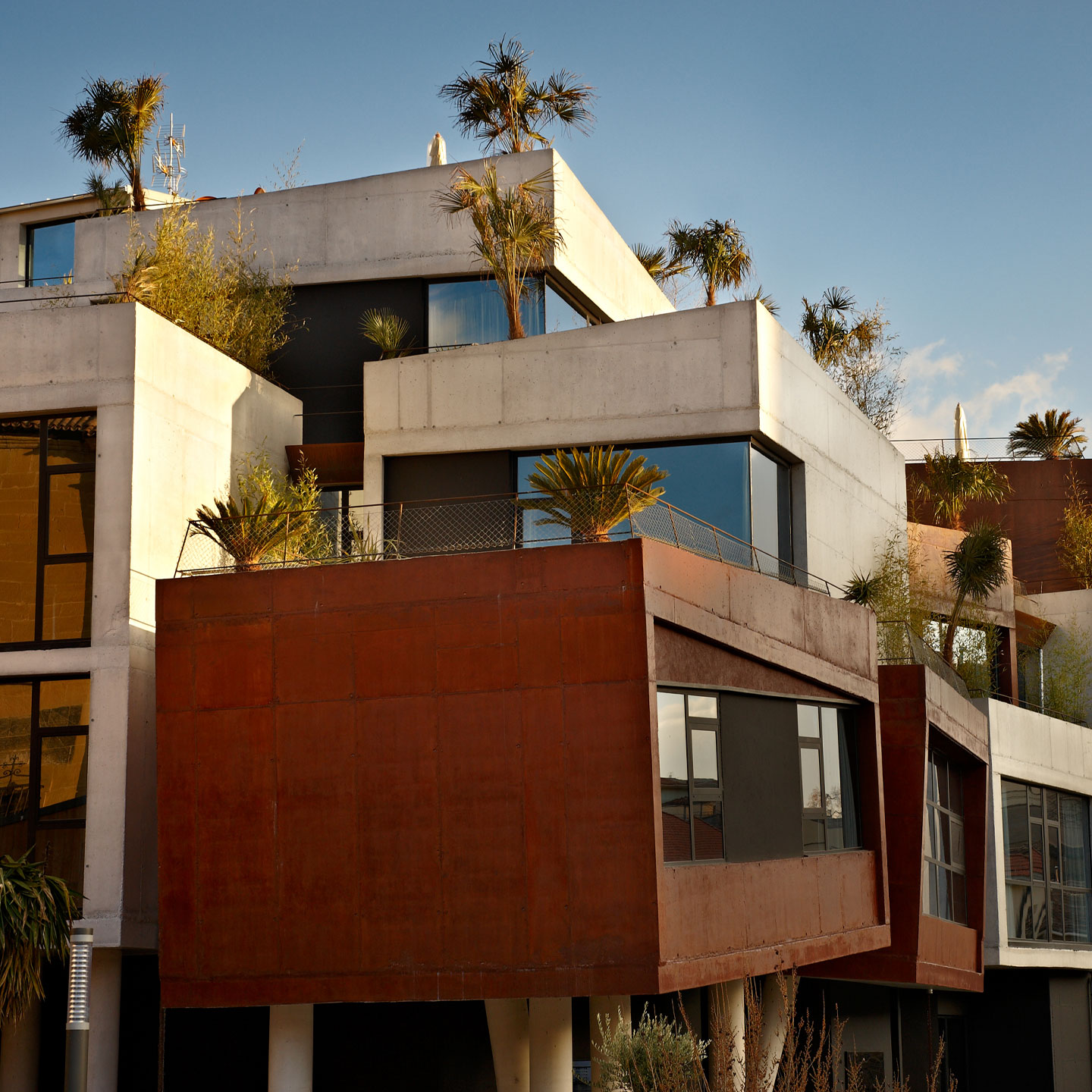 Yes, those photos are real. Hotel Viura really is a precarious-looking cubist stack, an audacious modernist boutique planted in the soil of a traditional Spanish wine village in the Rioja Alavesa region. The contrast is only heightened by the fact that its next-door neighbor is an 18th-century church. Needless to say, the place has received some attention since its 2010 grand opening, but we’re happy to report that it’s more than just a pretty picture. 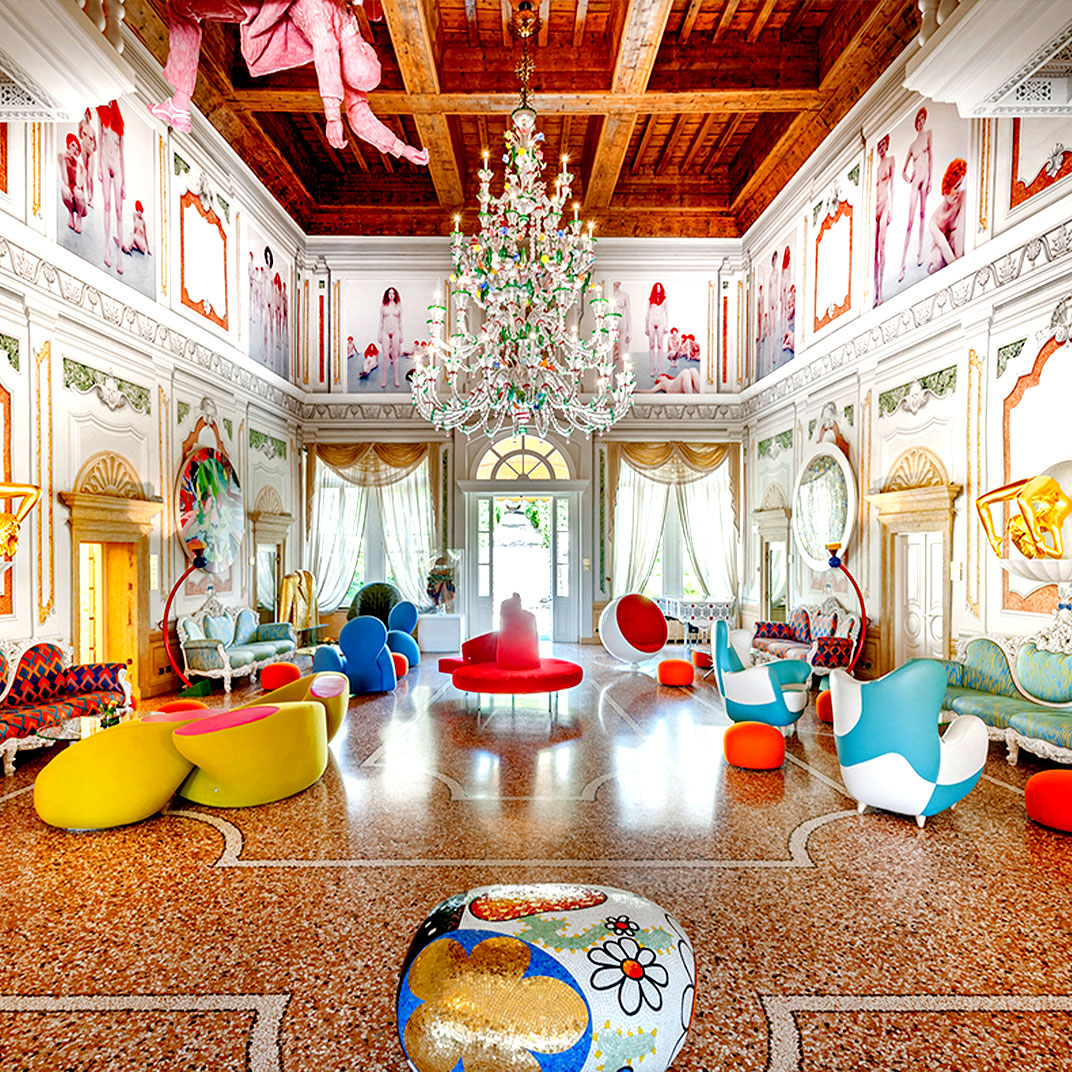 We’ve seen design hotels, and we’ve seen fashion hotels, but the Byblos Art Hotel Villa Amistà is something slightly different. Though it’s owned by the family that owns the Byblos fashion house, it’s far from just an exercise in cross-branding — instead it’s something more like a museum, a showcase for the family’s impressive collection of 20th-century design objects and contemporary artworks, right down to the gallery-style placards in every room listing the pieces contained within. 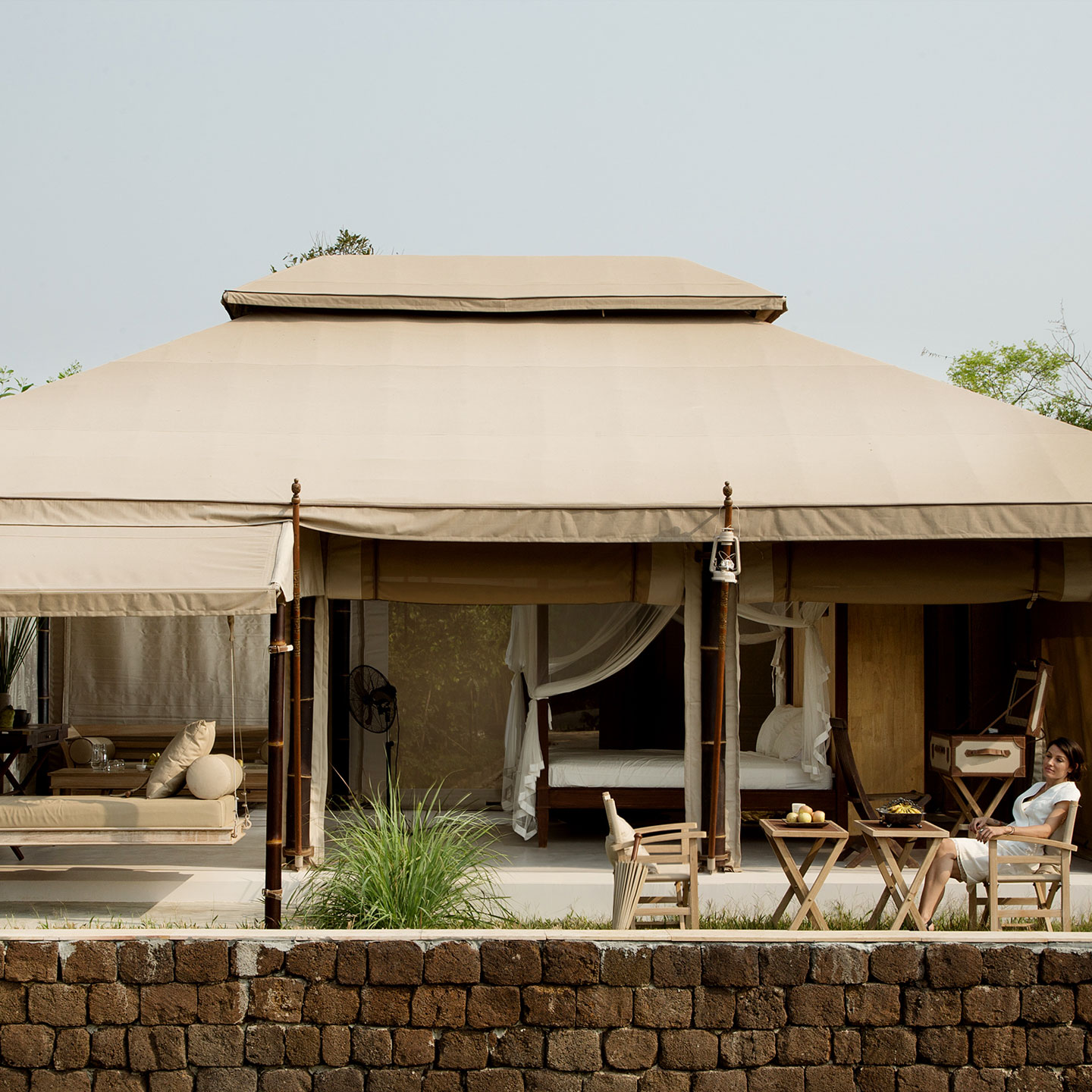 When beige refers to the color of ordinary hotel carpets and upholstery, it’s a symbol of what Tablet is here to save you from: namely bland, boring, corporate chain hotels. But when beige refers to the organic sailcloth with which eight luxe, colonial-style tented guest rooms are covered, it’s anything but dull. Here, in Siem Reap, virtually in the shadow of Angkor Thom, is something truly unique. The Beige sits by the riverside, to the north of the temples, and feels like a proper rural escape. Yet you’ll be in Angkor Wat, or in the modern city center, in a flash.