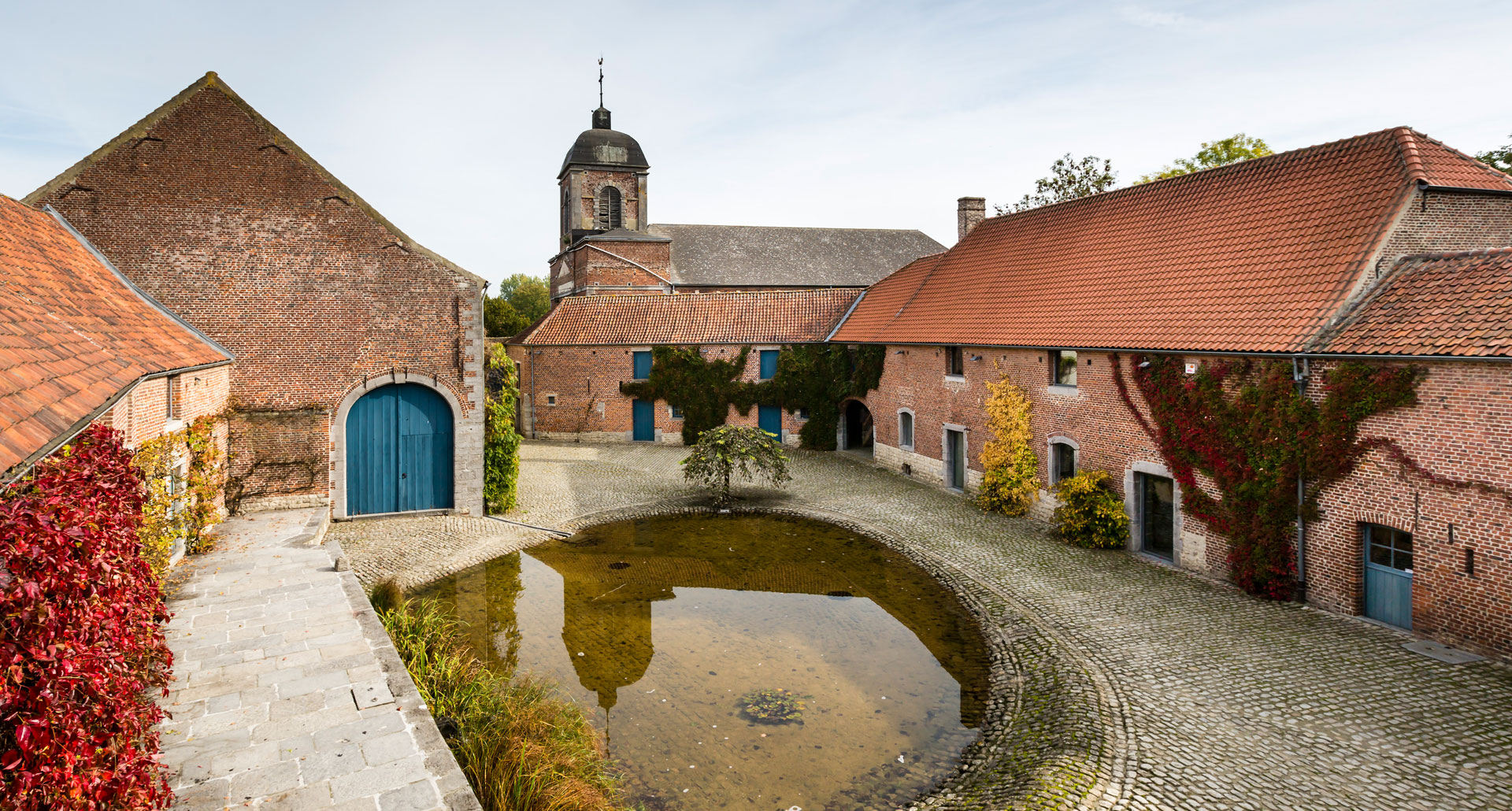 The story of Belgium’s Indrani Lodge is the story of a tech titan unimpressed with the status quo. Philippe Brawerman has always done things differently, a quality that took him from being the “crazy” president of Cisco Systems to the proud owner of a yoga-centric hotel and organic farm.

The story of Indrani Lodge begins thirty years ago, as Philippe Brawerman becomes the head of Cisco — a massive, multinational technology conglomerate — in Europe, the Middle East, and Asia. The company is on the rise, and so are the responsibilities. “I lived at a terrifying pace,” recalls the former boss. The company was “working well, but we had the constant pressure to double our profits. I was extremely stressed.” Always flying, the Belgian native was living on three continents but without the perk of a pied-à-terre you might associate with the lifestyle — until one day, when Brawerman stumbled upon an old medieval farm, hidden in the country just outside Brussels.

Quickly bought from its owner, the place as it stood was hardly luxurious. It was rustic, inextricable from its natural surroundings. From the moment he found it, the place became Brawerman’s refuge, albeit originally just for brief layovers between flights. He planted his own vegetable garden, all organic, finally putting into tangible form the environmental principles he had come to espouse. “I wanted to create a completely natural farm, without any chemicals. But at the time, nobody was talking about organic,” remembers Brawerman, who refused to go on any business lunches to restaurants, no matter how highly rated, where he’d find himself eating “vegetables full of pesticides.”

“At Cisco, I was perceived as a loony,” he says. “I was totally out of sync with the environment I was in.” As you’ll see, Brawerman’s is the kind of crazy that makes you wonder why anyone would want to be sane. 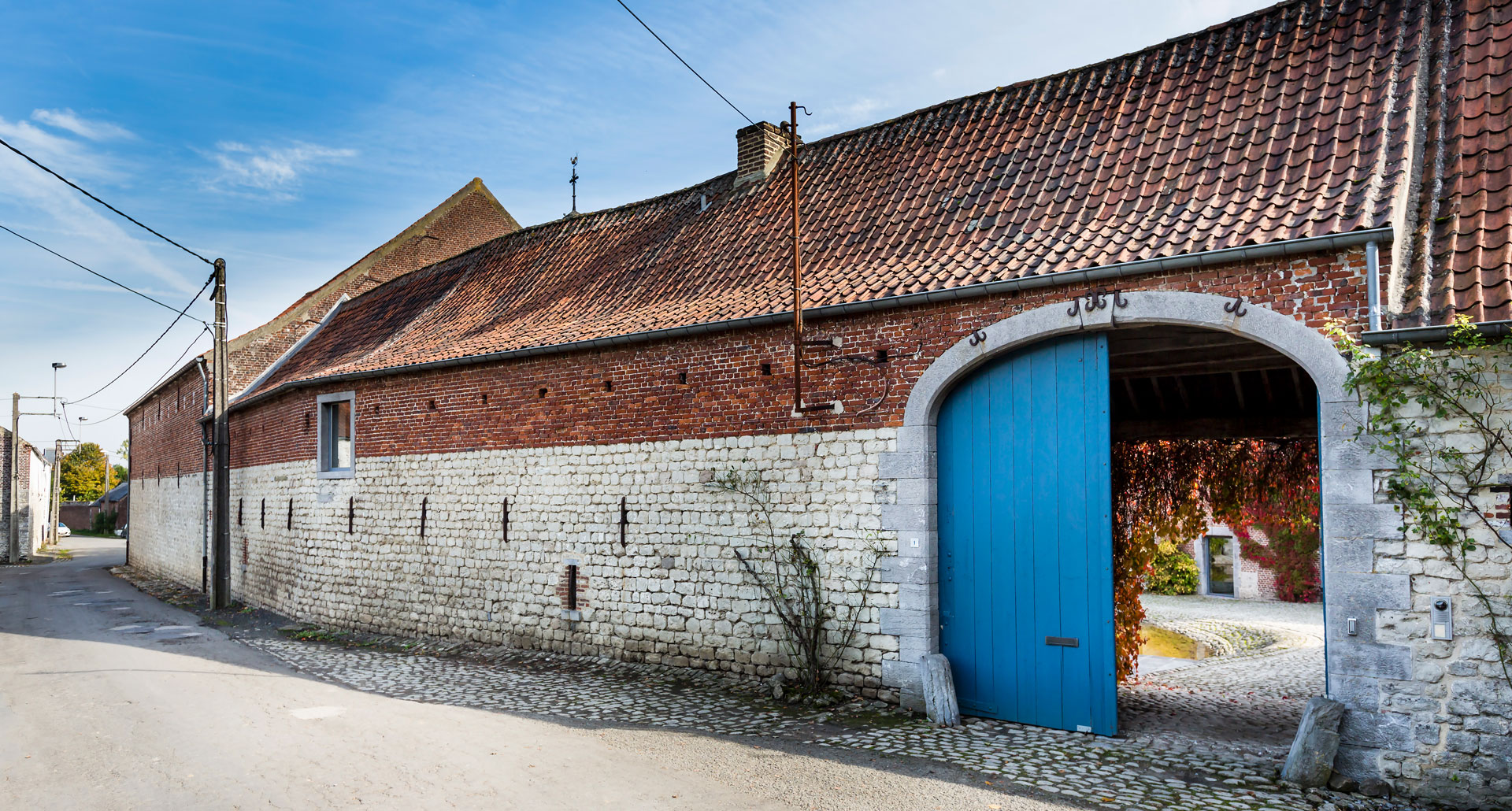 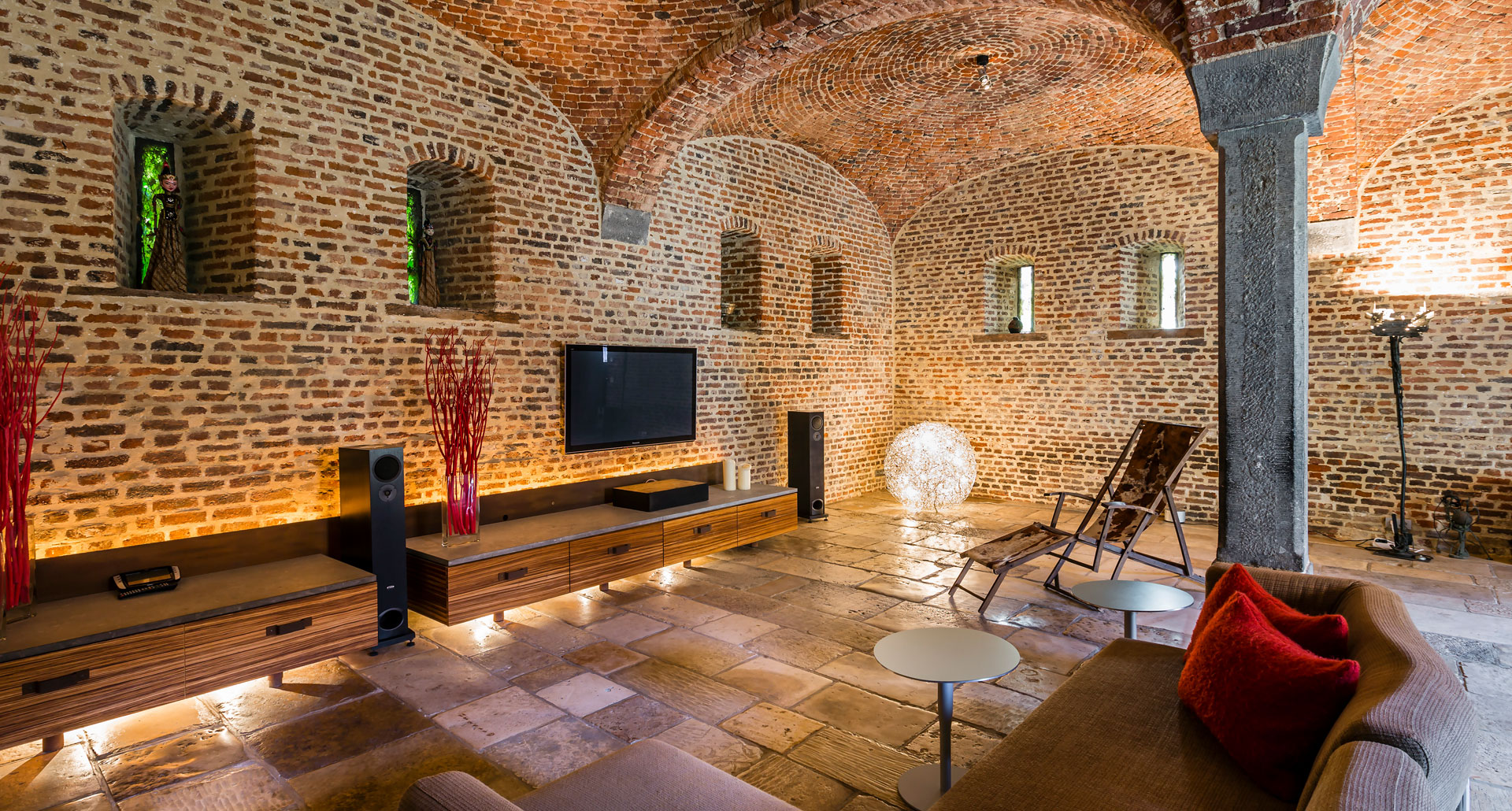 The 1990s were as hectic for Brawerman as anyone in the world. Soon after, the man TIME magazine once called one of the most influential tech leaders in Europe decided he needed time away from that world. “This place drove me to make the choices I made,” he explains, reflecting on the property that would become Indrani Lodge. “I couldn’t see myself working 17 hours a day for 20 years, especially if it meant building something useless.”

“Instead of becoming a billionaire, I preferred to become human.”

Free now for the first time in ages, he then set about renovating his beloved property, a listed landmark in the countryside, one with medieval foundations that date back to the ninth century and, still visible in places, framework from the 15th. In addition to the necessities that come with working on a listed building — slow and steady, constantly in compliance with a new permit — respect for the environment was Brawerman’s guiding condition. For heating, he opted for geothermal energy and solar panels. And for any renovations of the buildings themselves, he wanted the rawest possible materials, no more complicated than natural wood and stone. 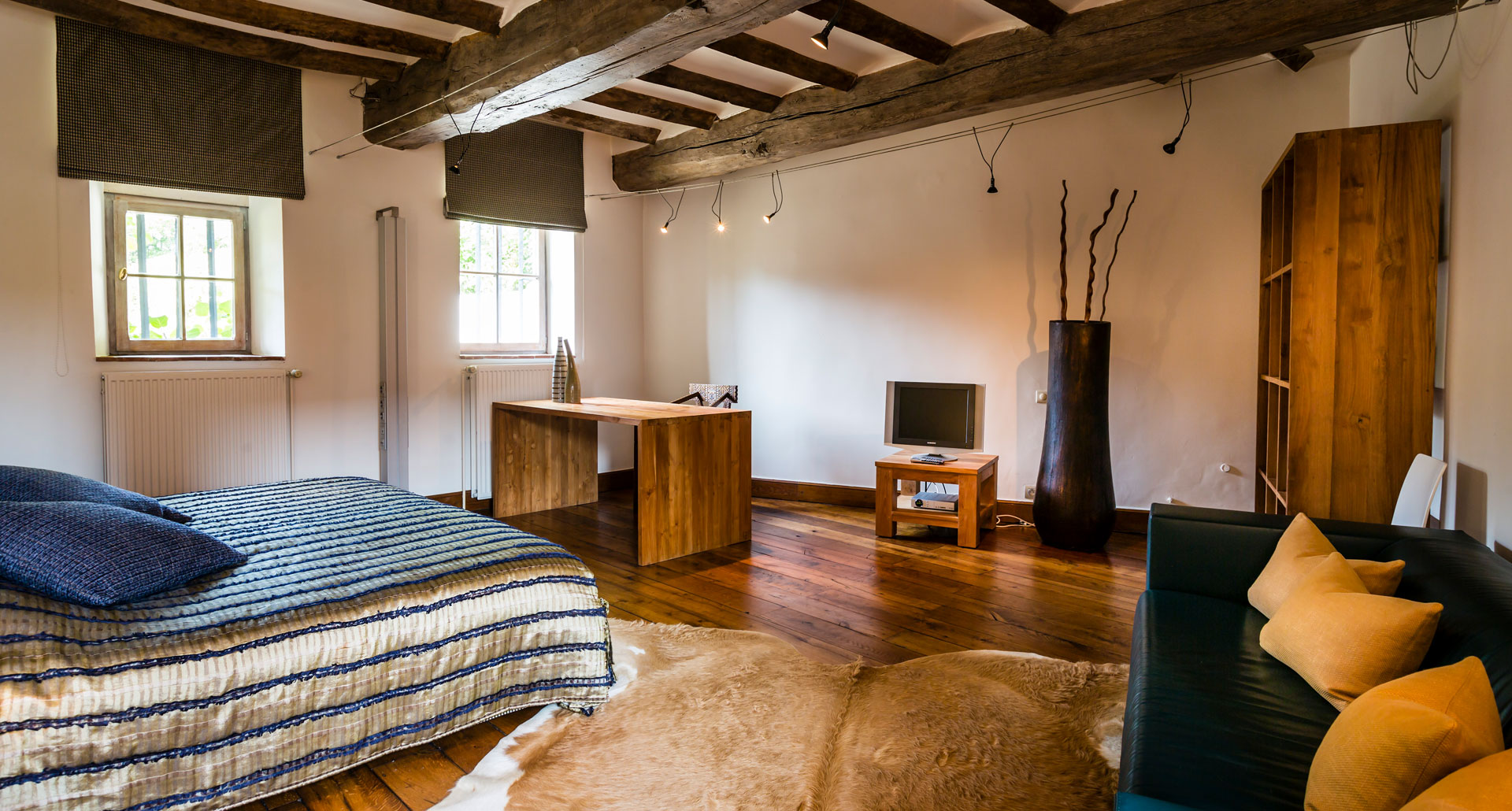 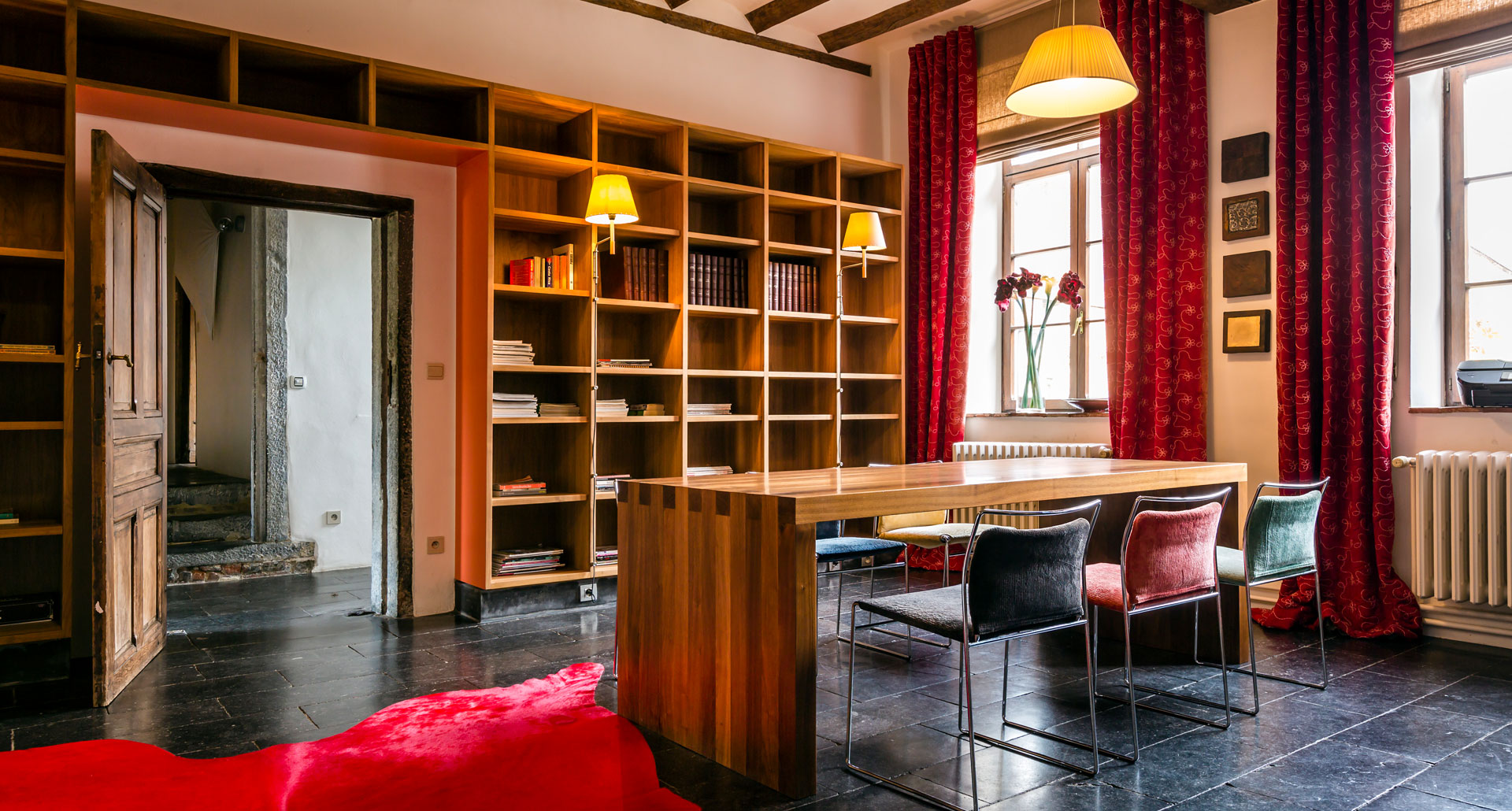 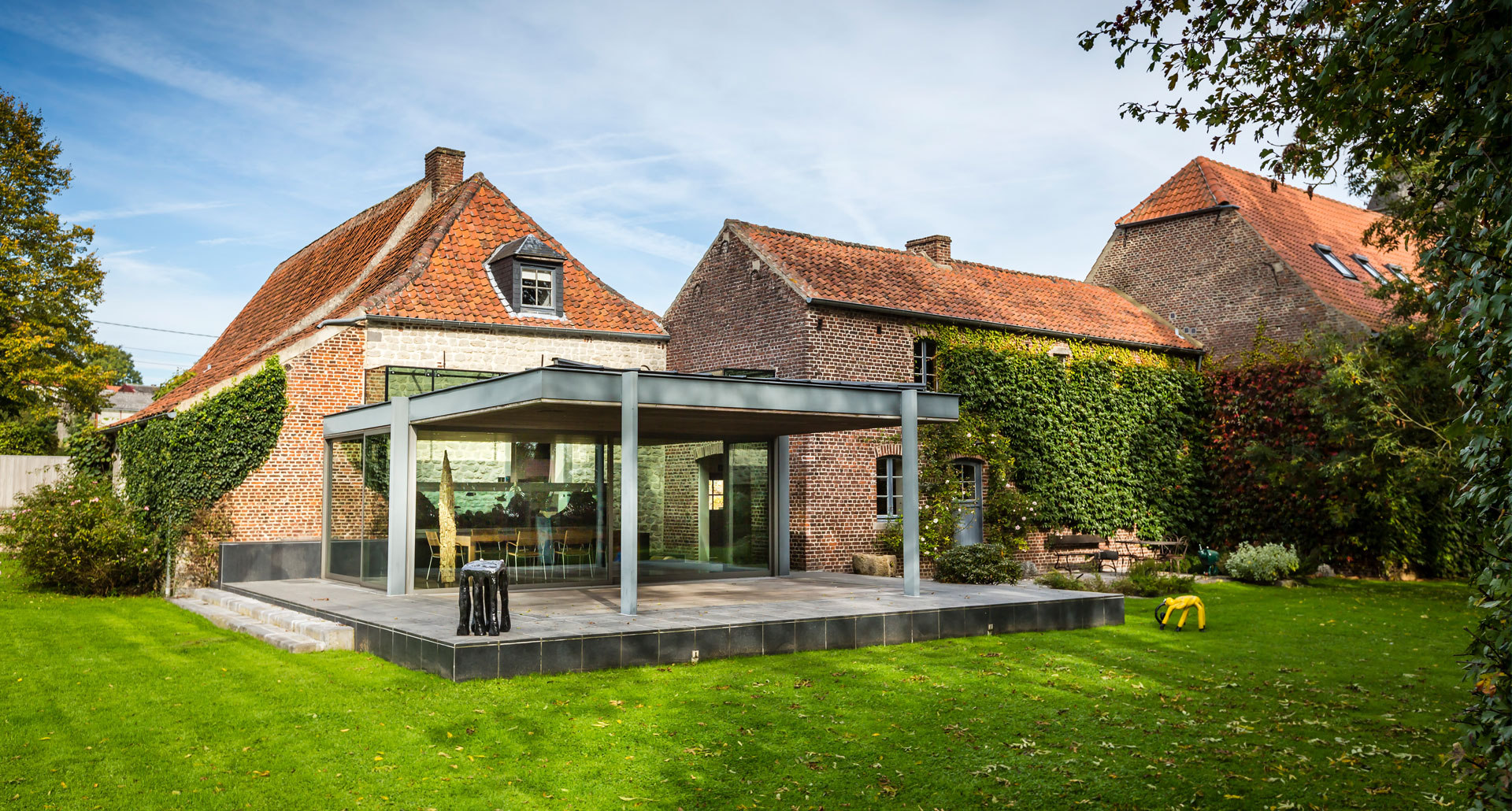 It wasn’t just his early adoption of the organic food movement that set him apart at Cisco. Brawerman had become fascinated with yoga; he had fallen in love with its ability to aid concentration in all aspects of life. He didn’t just practice yoga, he put it to use in every context — even at work. “When the board met for three days to redefine the company’s management structure, I started by making people walk in silence for one and a half hours. No one was doing that back then,” he says with a smile. “They thought I was crazy.”

When he finally left the business, Brawerman split his early retirement between Belgium, India, and, crucially, South Africa. It’s there that he met his wife, Jessica, a fellow yoga obsessive. So when the idea arose to open the farm that would become Indrani Lodge to travelers, setting up a yoga center on the grounds was an obvious choice. Today, in addition to five contemporary rooms (and one house) set within thousand-year-old medieval walls, the farm welcomes yogis and enthusiasts from all over the world. And if they happen to be around, the hoteliers — also certified instructors — teach the classes themselves.

The grounds are always open to the surrounding area. “The idea was, from the start, to bring yoga to the local community, and to adjust the prices to make the practice affordable and approachable,” adds Brawerman. 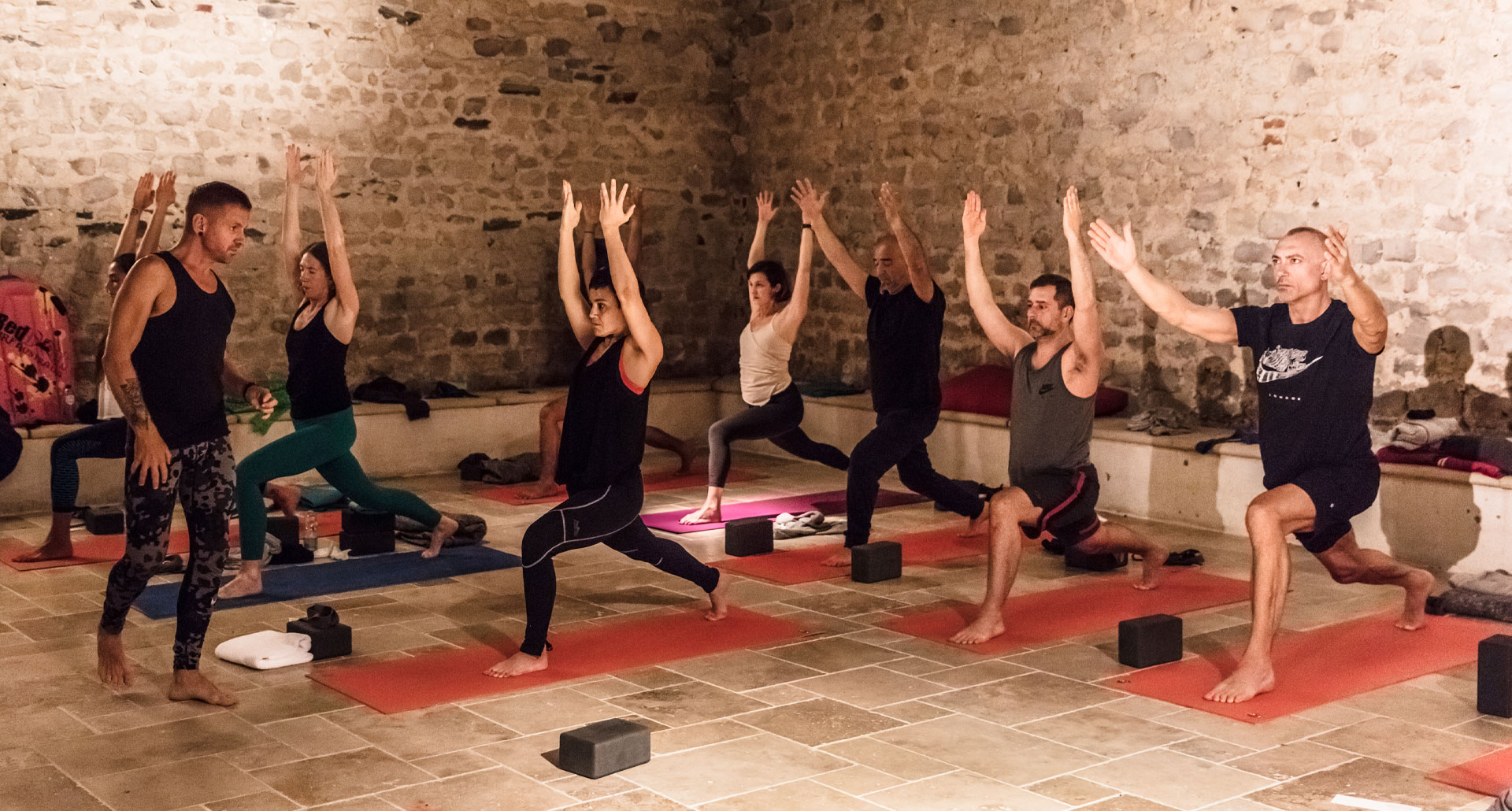 As much as the farm was a spiritual revelation for Brawerman, it was a culinary one, too. “The idea of Indrani was to create an experience,” explains the hotelier. “When people travel, they don’t want to stay in an average hotel, they’re looking for something that has to do with an experience. And that’s exactly what we love about Tablet,” he explains, with just a little bit of flattery. “The selection, the perspectives, and the stories you tell.”

“Our restaurant also tells a story,” he explains. “What’s on your plate was produced from the farm.” What started as a pop-up restaurant will quickly become a permanent fixture. Like the best farm-to-table cuisine, the dishes are raw, simple, and refined. The hoteliers turned to chef Sebath Capela, the former second in command at Bon Bon, a two-Michelin-starred restaurant in Brussels, to take the helm. He works hand in hand with a former botanist who now runs the vegetable garden to cultivate — in the midst of roaming alpacas — fruits, vegetables, flowers, and wild herbs to create juices and homemade infusions. Anything they can’t grow comes from local producers.

Here too, the owners hope to include the community in their production. “It’s very important to us that [the restaurant] is accessible to locals,” they insist. “That there are tables available and at reasonable prices. We don’t want to turn into a luxury bubble in the countryside.” Not that a taste of luxury is hard to come by — Indrani’s medieval farmhouse exteriors conceal ultra-modern interiors and high-end fixtures. The rooms combine period architecture with contemporary design and contemporary art, resulting in living quarters that are timelessly stylish.

But the Indrani story doesn’t end there. Never one to be content with the status quo, Brawerman recently added the neighboring farm to the property, another protected space. Currently under construction, it will accommodate seven more bedrooms and seven houses he’ll put up for sale. Why? Brawerman’s seen what this place can do to a life. He’s betting others will want the same. Here’s to the crazy ones, indeed. 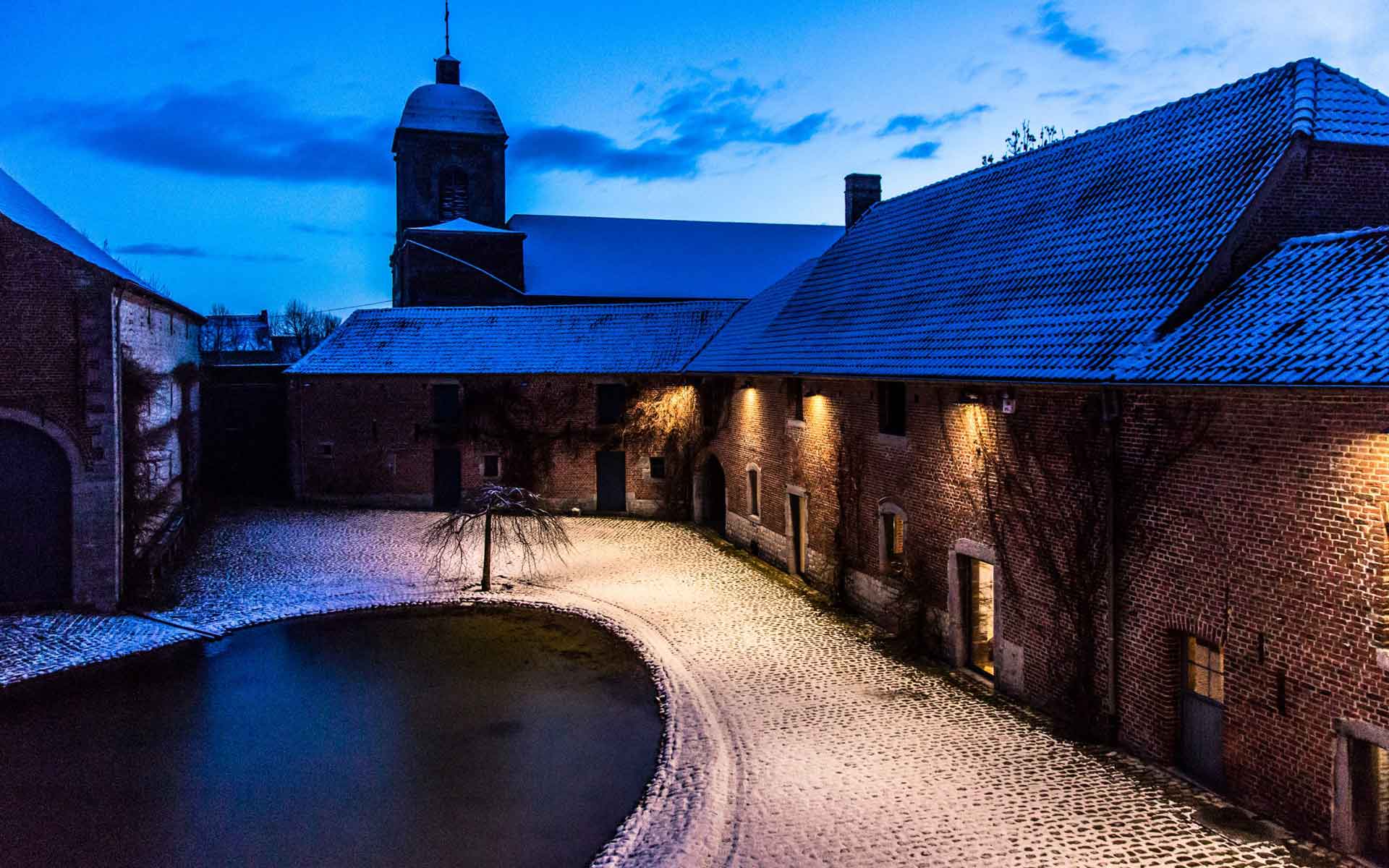