Shawn Levy literally wrote the book on the Chateau Marmont. The author checks in with Tablet to explain how the legendary hotel became a haven for celebrity mischief almost immediately after opening its doors.

For many years, that was true: Chateau Marmont, the legendary Hollywood hotel perched on the edge of the Sunset Strip, was one of the few places in the middle of movieland where celebrities could carry on like civilians without the press, their bosses, or their spouses finding out what they were up to.

As a result, Chateau Marmont retains an air of mystery, even though every day’s news brings paparazzi shots of celebrities coming and going from the place. Indeed, the hotel has become notorious for hush-hush naughtiness, a reputation which some mischief-makers glom onto for a bit of free publicity.

The ‘no-tell motel,’ the roadside inn that rents rooms by the hour, doesn’t check IDs too closely, and never sees or hears or says anything about its guests, is, ironically, a model for elite hotels. Because whether they’re getting up to shenanigans or not, the people who frequent five-star spots don’t enjoy having their business spilled — at least not without their publicists’ approval. If a hotel wants to attract famous guests, it must be luxurious and well-appointed, but it must also be discreet. It’s possible to compensate a guest for noisy neighbors or a lost laundry item. But an A-lister will never forgive being burned by a mouthy staffer or fellow guest. And if a hotel can’t be trusted as a sanctum sanctorum, then its reputation among celebrities is doomed.

Since 1929, Chateau Marmont has enjoyed a reputation for discretion, even during the years — decades, really — when it was unknown, ill-appointed, and even a bit seedy. Today it is a renowned luxury hotel with every amenity its guests can imagine, none more important than a tight-lipped staff. Even in an age when we are all paparazzi with telephoto lenses and printing presses in our pockets, the Chateau is the sine qua non of ‘no-tell,’ showing just enough skin to keep gossips interested but absolutely schtum when it comes to the privacy of its patrons. It is, paradoxically, famous for being secretive.

Chateau Marmont was conceived in the late 1920s by Fred Horowitz, an attorney who dreamed of owning an apartment building on an unpaved road that connected the cities of Los Angeles and Beverly Hills. In an onion field on a rise above a bridle path called Sunset Boulevard, Horowitz envisioned a tower of 43 apartments, with commanding views of all of Southern California. He directed an architect to mimic the lines of Chateau D’Amboise, a castle in the Loire Valley. Each unit would be fully self-contained, with a kitchen, an underground parking space, and double-poured concrete walls that were both earthquake-resistant and soundproof.

In February, 1929, Chateau Marmont, named for a tiny road on the western edge of the property, opened to tenants. And then, after just seven months, the calamitous stock market crash known as Black Tuesday put an end to the taste for luxury housing. Within two years, Horowitz was forced to sell the building and get out of the apartment business altogether.

Ironically, the new owner wasn’t interested in renting apartments at all. Albert E. Smith was one of the granddaddies of Hollywood, with dozens of firsts to his name as a co-founder of Vitagraph Studios. He’d sold the studio a few years prior and was investing in real estate. In Chateau Marmont, he saw a chance to appeal to tourists coming to Los Angeles for the 1932 Olympics. He refashioned it as a hotel, added a few private bungalows on the grounds, and staffed it with former movie performers. The Chateau caught on with Europeans who preferred pensione-style accommodations to full-service American hotels, and with Broadway actors and writers who were happy to come to Hollywood and take its money, but didn’t want to be seen as going Hollywood — and thus relished accommodations that recalled New York.

Perhaps most of all, the Chateau’s guests enjoyed the natural privacy of the place. Because it wasn’t built as a hotel, it had no grand entrance, no lobby, no restaurant or bar, no shops, not even a pool; you drove into the underground garage and took an elevator up to your rooms – complete self-sufficiency that felt more like Manhattan or London than L.A.

Before long, though, a woman who was pure Hollywood marked Chateau Marmont as a place where movie folk got their wicked on.

Jean Harlow, the great sexpot of the era, was a 22-year-old with two marriages behind her when she moved into the hotel in 1933 with husband number three, a cinematographer to whom her studio, MGM, had effectively married her off. The couple rented two units and more or less occupied them separately, allowing the new bride to entertain guests, including her frequent co-star and lover Clark Gable. Harlow was only at the Chateau a few months (roughly the length of that doomed ‘marriage’), but the precedent she set for using the hotel as a discreet hideaway lingered.

The idea of Chateau Marmont as a haven really gelled, though, in the ’40s, when Smith sold it to Erwin Brettauer, an anti-Fascist German banker who fled his homeland with his fortune, which he used to fund resistance to the Nazis. Brettauer added more bungalows, redecorated the largest penthouses, and installed a swimming pool, giving the hotel its first gathering space, a literal watering hole.

More importantly, he expressly made Chateau Marmont a place where everyone was welcome. A true small-d democrat, Brettauer defied the color line that kept black entertainers out of first-class hotels in Beverly Hills and West Hollywood. (Duke Ellington, who wrote an album in his head while walking the hotel’s corridors, was the groundbreaking guest.) More surreptitiously, his Chateau became a sanctuary for gay Hollywood (the closeted actors Anthony Perkins and Tab Hunter began their two-year affair by meeting at the swimming pool). Not everything that resulted from this tolerance was positive: director Nicholas Ray, who rented a bungalow at the Chateau for eight years, openly engaged in predatory relationships with Natalie Wood and Sal Mineo, underaged stars of his Rebel Without a Cause. But such grotesqueries aside, the Chateau became a true haven under Brettauer.

It stayed that way because the hotel was still an open secret. Even though it sat on the very busy Sunset Strip, it was situated at a curve and thus visible only briefly as you drove by. And because it had neither a grand entryway nor a big sign announcing it, not even many native Angelenos could say for sure what it was.

When a pop songwriter committed suicide in his suite in the 1950s, newspaper accounts cited the address of the hotel but didn’t name it. When Broadway actress Helen Hays stayed there in the early ’60s, the Los Angeles Times felt compelled to explain to its readers that Chateau Marmont was a hotel favored by showpeople. And the first time the New York Times ever mentioned the place was later still, when reporting on the lack of racially integrated housing in Hollywood. Patrons from the worlds of film and music continued to rely on the Chateau as a trysting or partying spot or a place to hide when on the road to divorce. And that was in part because even while it was (semi-) famous, it was virtually invisible.


That changed in March 1982, when a famous guest turned up dead by drug overdose: John Belushi, star of Saturday Night Live and Animal House and a regular at the Chateau since the mid-’70s.

By then, Erwin Brettauer was gone, having sold the hotel to the first of a series of corporate ownership groups that let it slip into disrepair. A Southern California builder named Raymond Sarlot bought it in 1975 with an eye on tearing it down, but his own divorce forced him to move in. He wound up in love with the place, investing in repairs and maintaining the policies of discretion and tolerance.

Alas, Belushi’s death, a true tabloid circus, cast the hotel in a new light. Instead of a curiosity that few people could find on a map, Chateau Marmont became infamous, a shady hotel where stars got up to no good. The comedian’s death became the most famous thing about it. Dark-humored guests such as Rick James and Jean-Michel Basquiat asked to stay in Belushi’s bungalow. Hollywood ghoul tours stopped outside. And when novelist Jay McInerney learned that a movie studio was putting him up at the Chateau, which he’d never heard of, and asked if it was any good, he got this reply: “Is it any good? John Belushi died there!”

That was the state of the hotel when New York investor Andre Balazs bought it in 1992. Balazs knew that celebrities’ affection for Chateau Marmont was its greatest asset, and he determined to enhance it. He added a restaurant, bar, gym, business center, and other amenities, making the hotel more posh than ever. But he bolstered the privacy policies as well. He had staff members sign non-disclosure agreements which were backed up (and sometimes enforced) by threat of legal action. When the era of cell phones dawned, he instituted rules against the use of social media in public spaces. And he hired staff members with the grace and steel to enforce these edicts without bullying.

As a result, the Chateau of today is more of a celebrity magnet — and more tabloid-friendly — than ever. The stories about it are titillating and endless: Lindsay Lohan running up a bill of more than $40,000 without any means of paying it; Britney Spears smearing food on her face in the restaurant in a bout of disorientation; Scarlett Johansson and Benicio Del Toro maybe hooking up in the elevator; Beyoncé and Jay-Z throwing a top-secret Oscar-night afterparty in the garage. The hotel has made more news in the past decade than in the whole of the previous 80 years combined.

Go to the Chateau on any given night, and you’re nearly certain to find there’s no room at the inn, not even at the bar. Awards season galas, movie premieres, the annual GQ “Man of the Year” fête, luxury-brand product launches, celebrities’ private parties — it’s one of the hottest locations in all of Los Angeles. And if you don’t know how to find the place, just look for the crush of paparazzi clustered around a driveway at the foot of the Sunset Strip; they’re there almost constantly.

Decades ago, a movie boss could tell his rambunctious charges to frequent the Chateau because they’d never be seen there. Today, a publicist is likelier to urge a client seeking some notoriety to get over to the Chateau and stir up a little mischief. Privacy is a treasured commodity, yes, but publicity is a currency, too. And Chateau Marmont has evolved into a place where celebrities have a choice of which face, if any, they wish to show the public. Famous/infamous, gossipy/discreet, it is the ultimate ‘no-tell hotel.’ 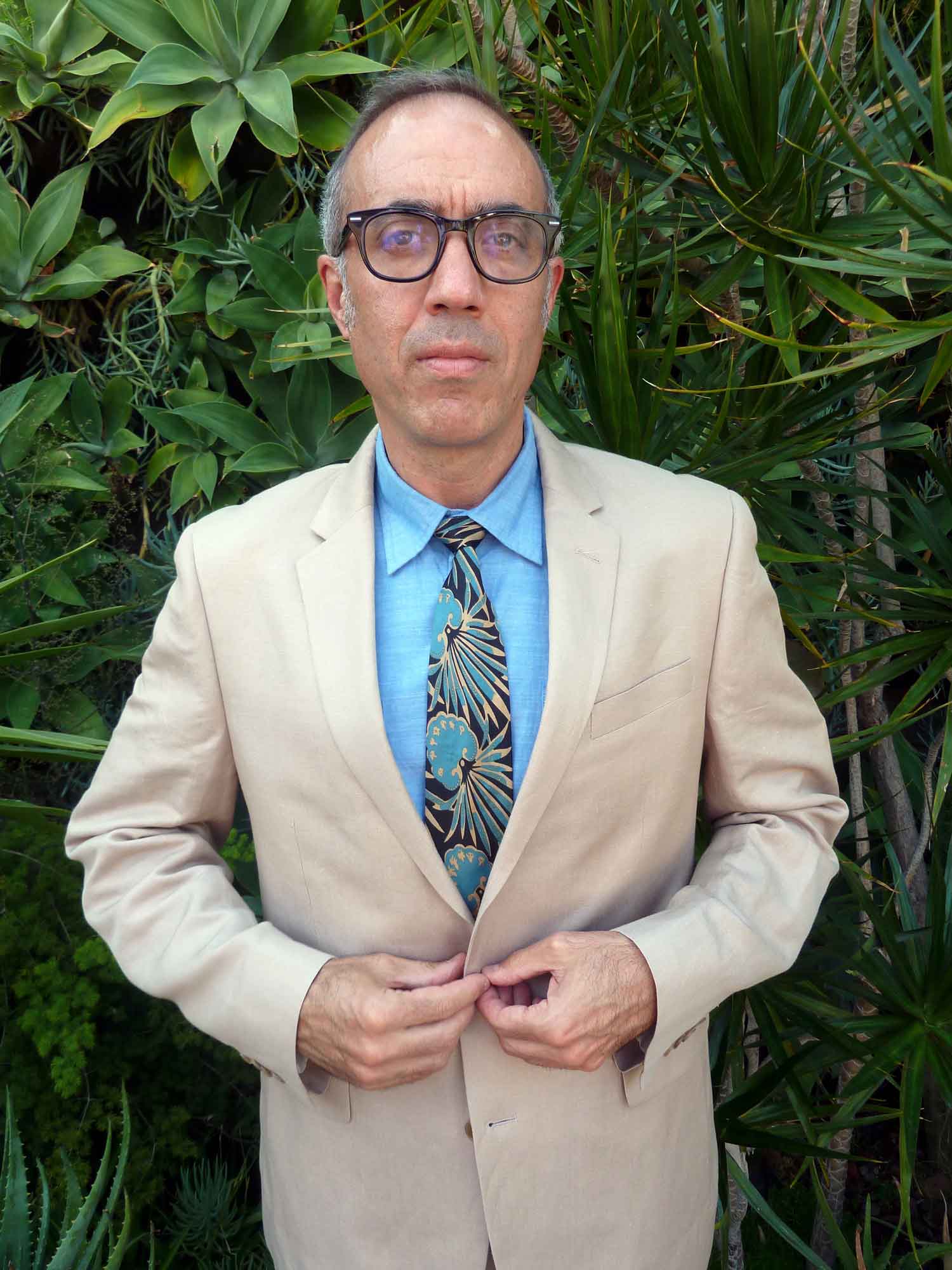 Shawn Levy is the author of the bestseller “The Castle on Sunset: Life, Death, Love, Art, and Scandal at Hollywood’s Chateau Marmont,” as well as biographies of Paul Newman, Jerry Lewis, and Robert De Niro, among other books. He lives in Portland, Oregon. Visit his website.